Posted on September 8, 2022 by benigmatica 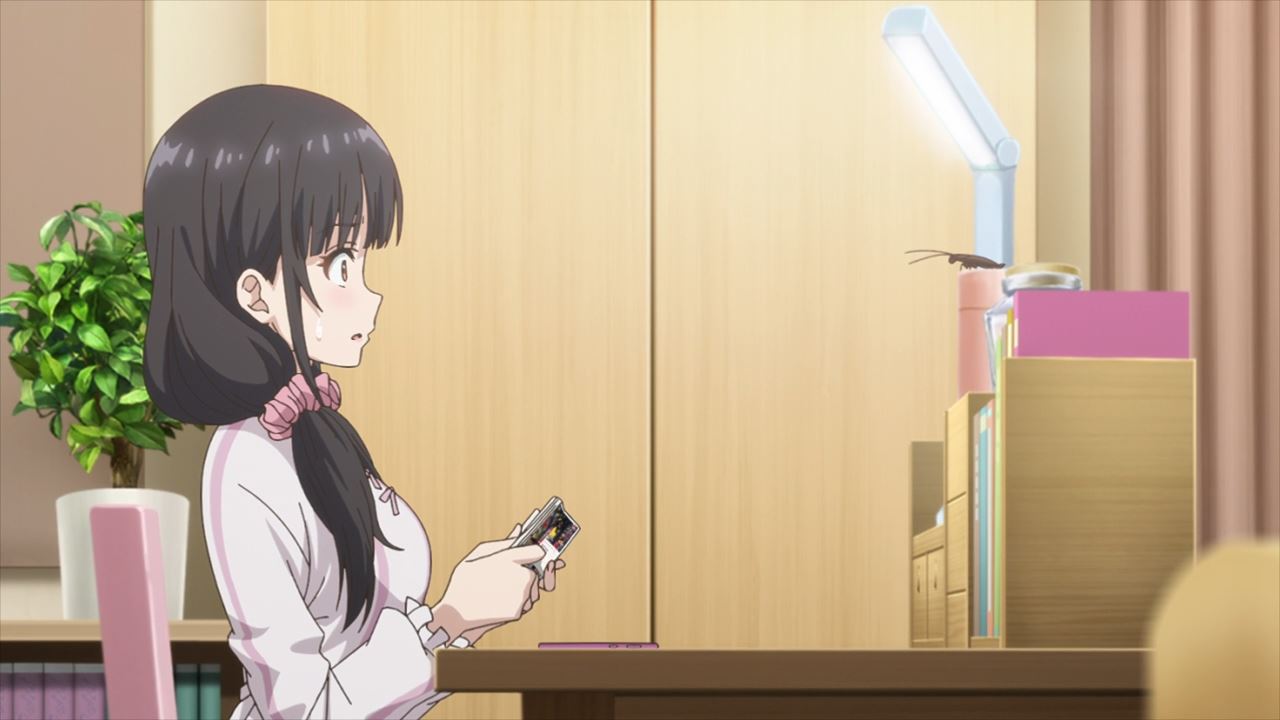 Despite trying to become the model student, Yume-chan couldn’t hide her fear of disgusting insects. Oh yeah, pretending that she’s not afraid of cockroaches doesn’t help either. 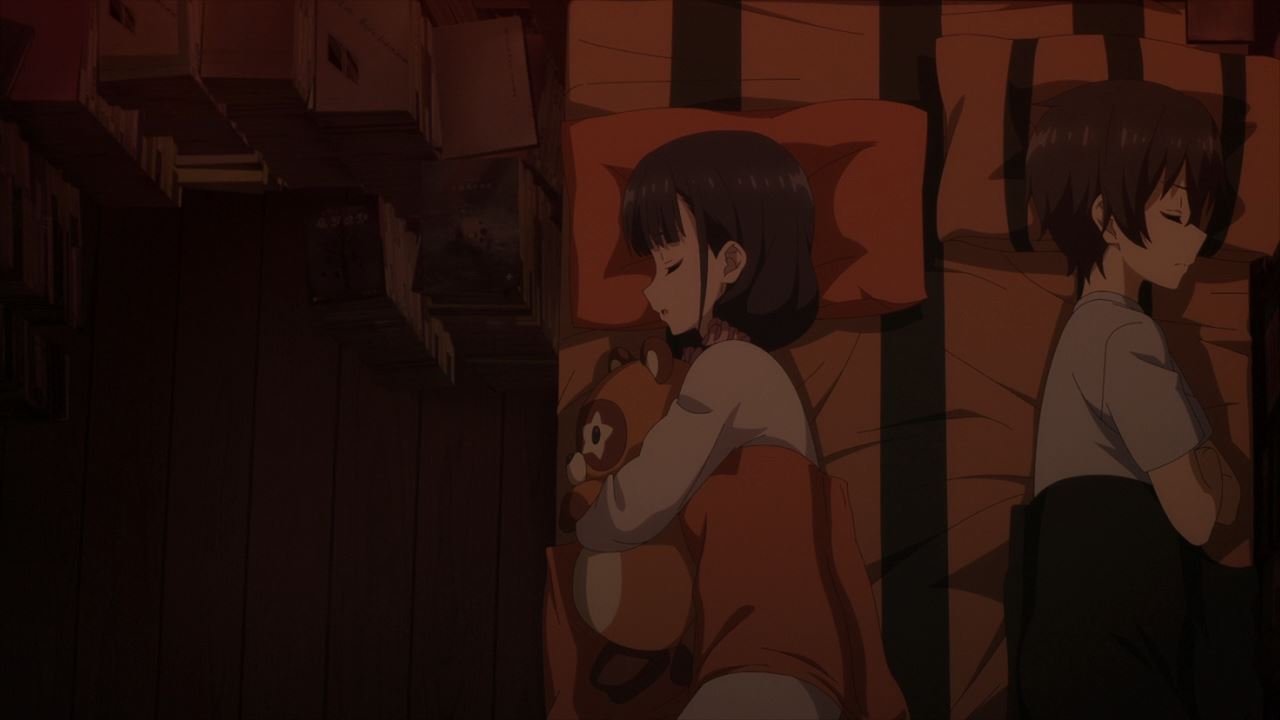 By the way, their parents are not at home right now and to top it all off, there’s a typhoon outside where they don’t have electricity.

So, Yume will have to sleep at Mizuto’s room because she’s afraid of the dark in addition to having a fear of cockroaches. I guess Yume needs Mizuto whenever she can’t handle scary or creepy things.

On the other hand, Mizuto should have made his move towards Yume when their parents are not around, but he fell asleep. Honestly, it’s his fault for being hesitant in middle school. 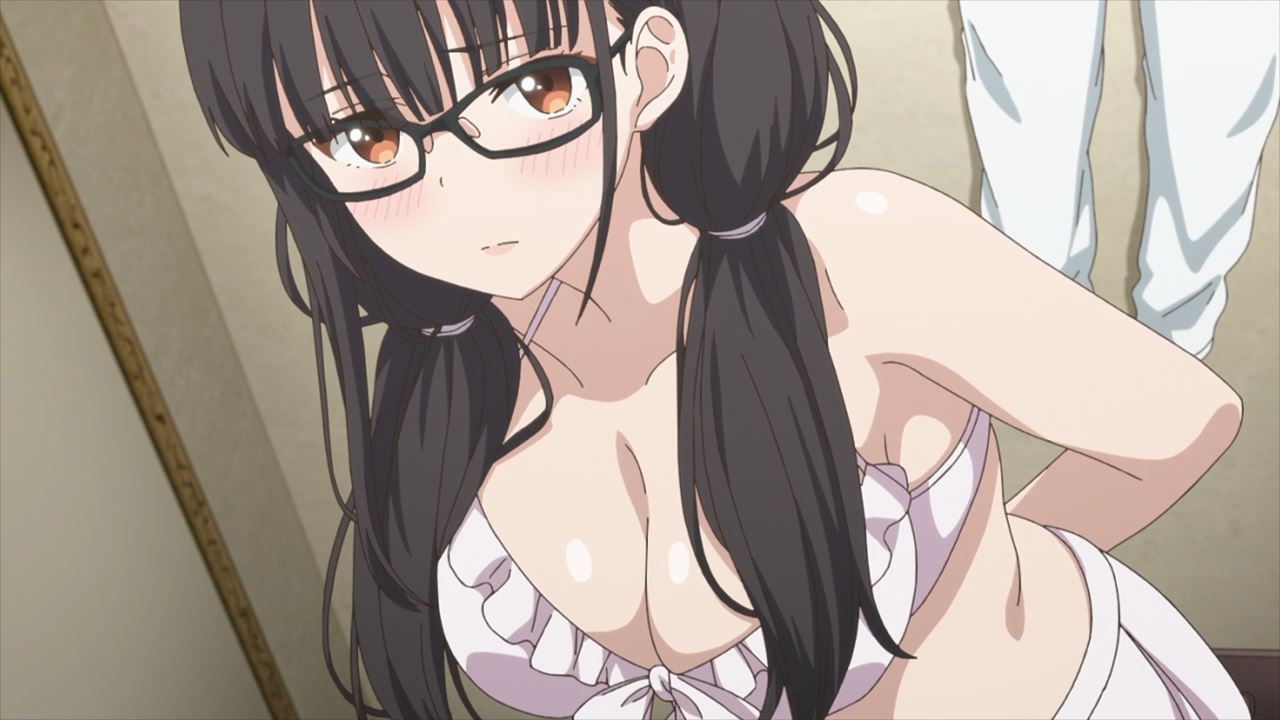 Now then, let’s move onto the next scene where Mizuto accompany Yume to the department store as she wants to buy a swimsuit. C’mon, her old one couldn’t fit it anymore. 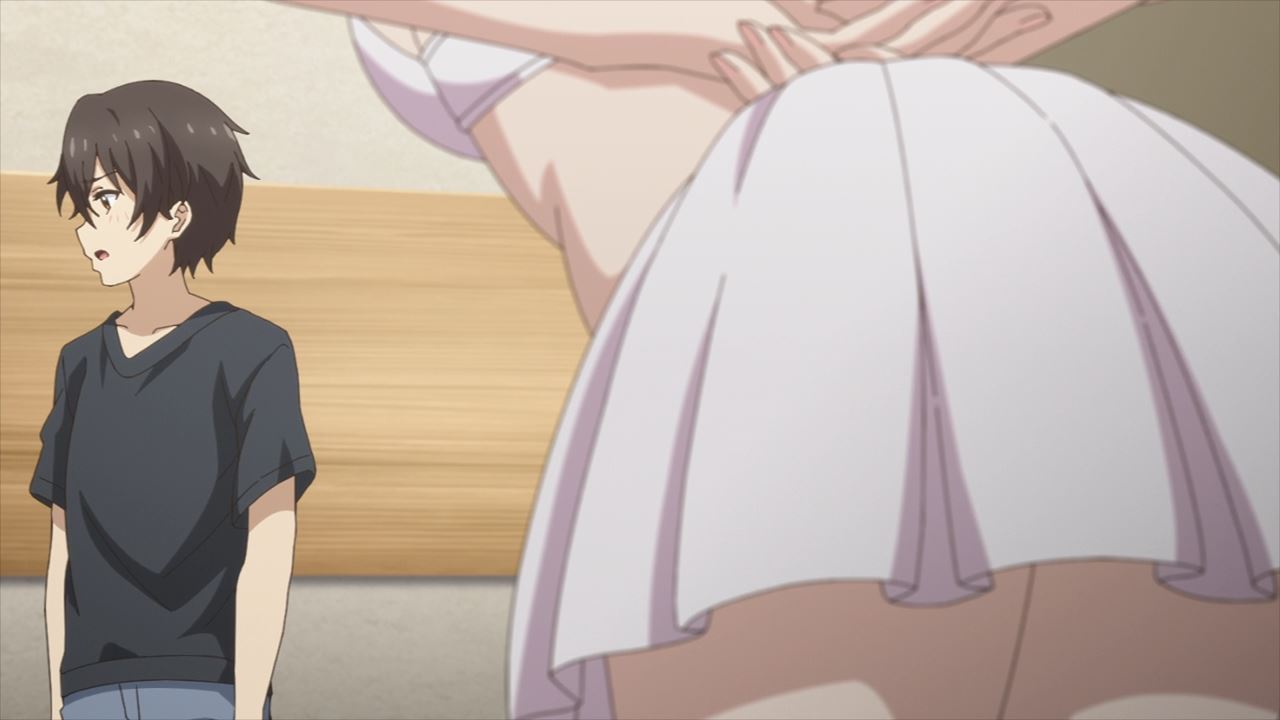 Of course, there’s Mizuto Irido where he’s pretty shocked that Yume has become well-endowed ever since he broke up with her, only to be reunited as step-siblings.

Then again, Yume’s breasts aren’t as big compared to Isana Higashira where she has a huge pair. 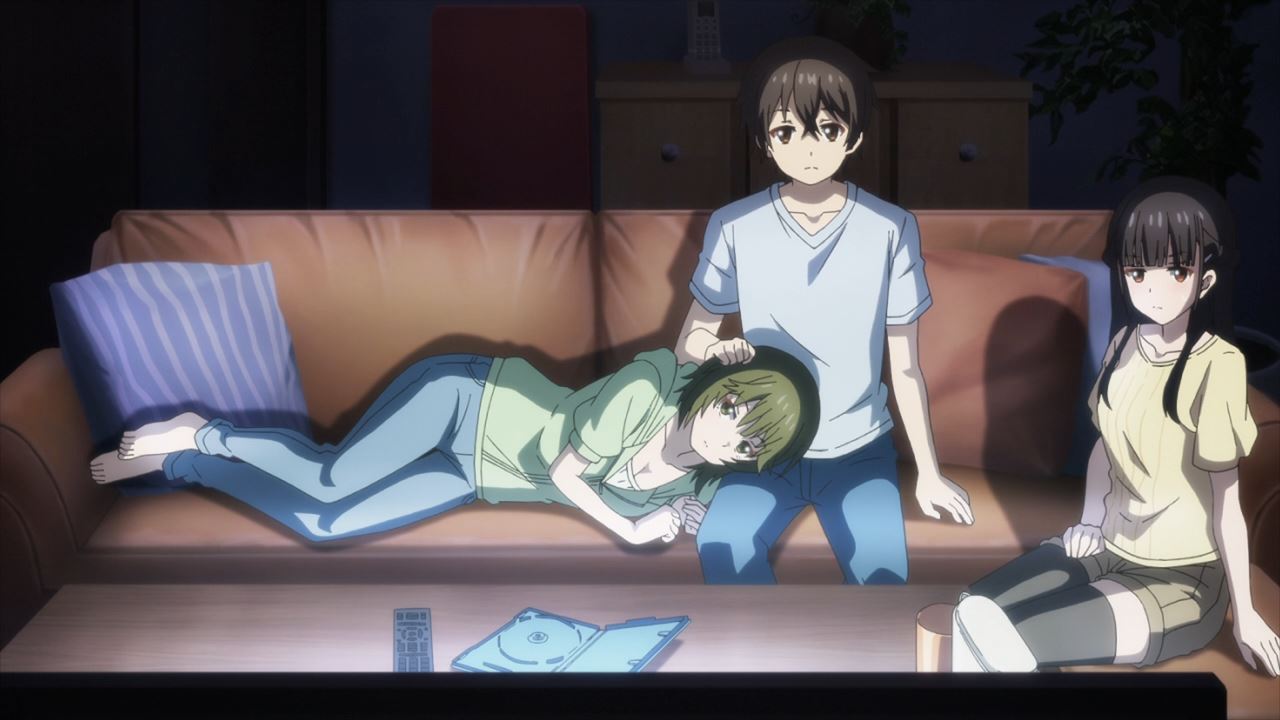 Speaking of Isana Higashira, looks like she went to the Irido residence where Isana put her head onto Mizuto’s thighs like a cat. 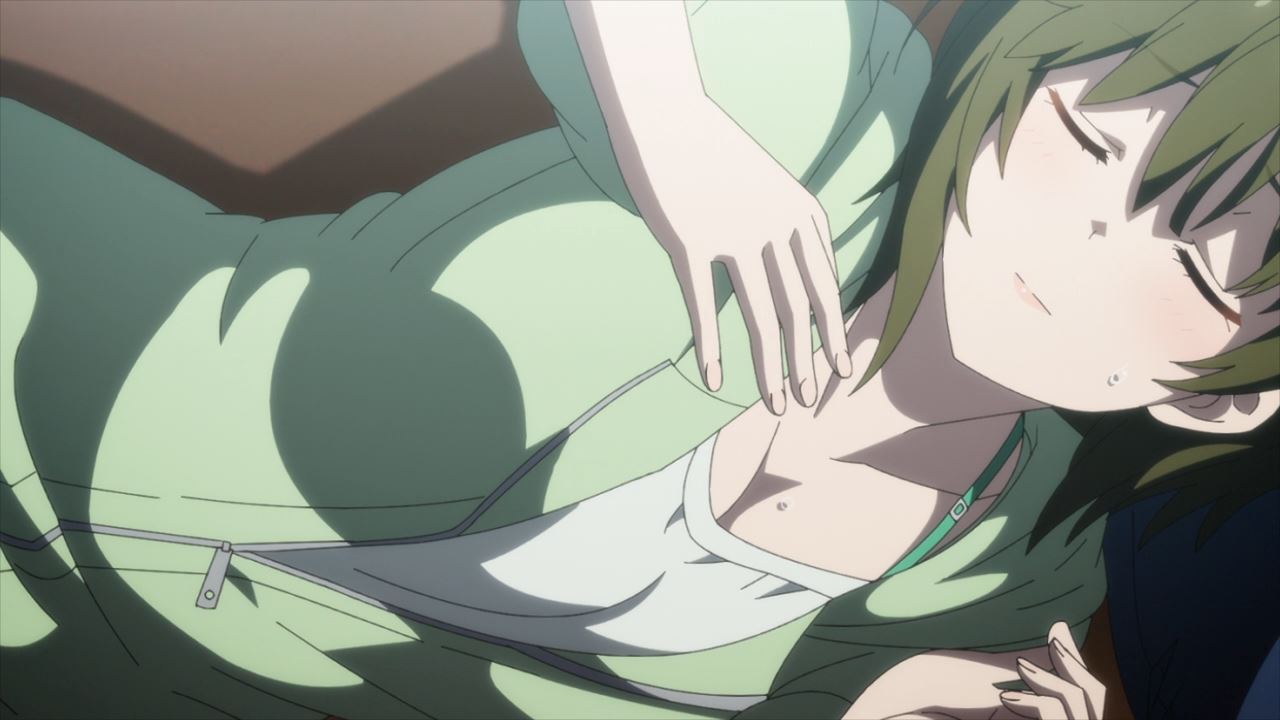 Oh, and she’s showing her cleavage as Isana got a bit hot and itchy on her chest.

Okay Higashira, you’re clearly seducing Mizuto even though he broke up on you. Gotta say that you’re quite persistent in having a relationship with him compared to Yume who just gave up. 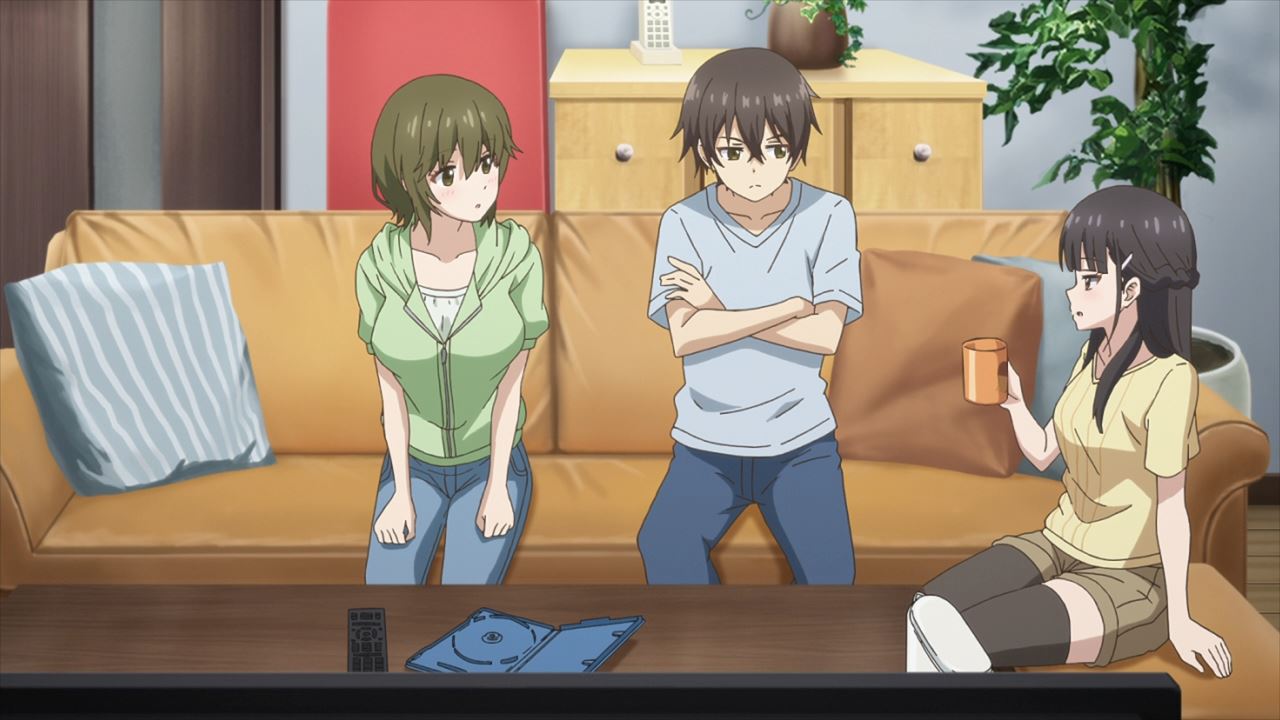 Of course, Yume got a bit annoyed that Isana is still flirting with him despite being unfazed after watching an animated movie. Also, she’s gonna give Mizuto a drink since he’s thirsty. 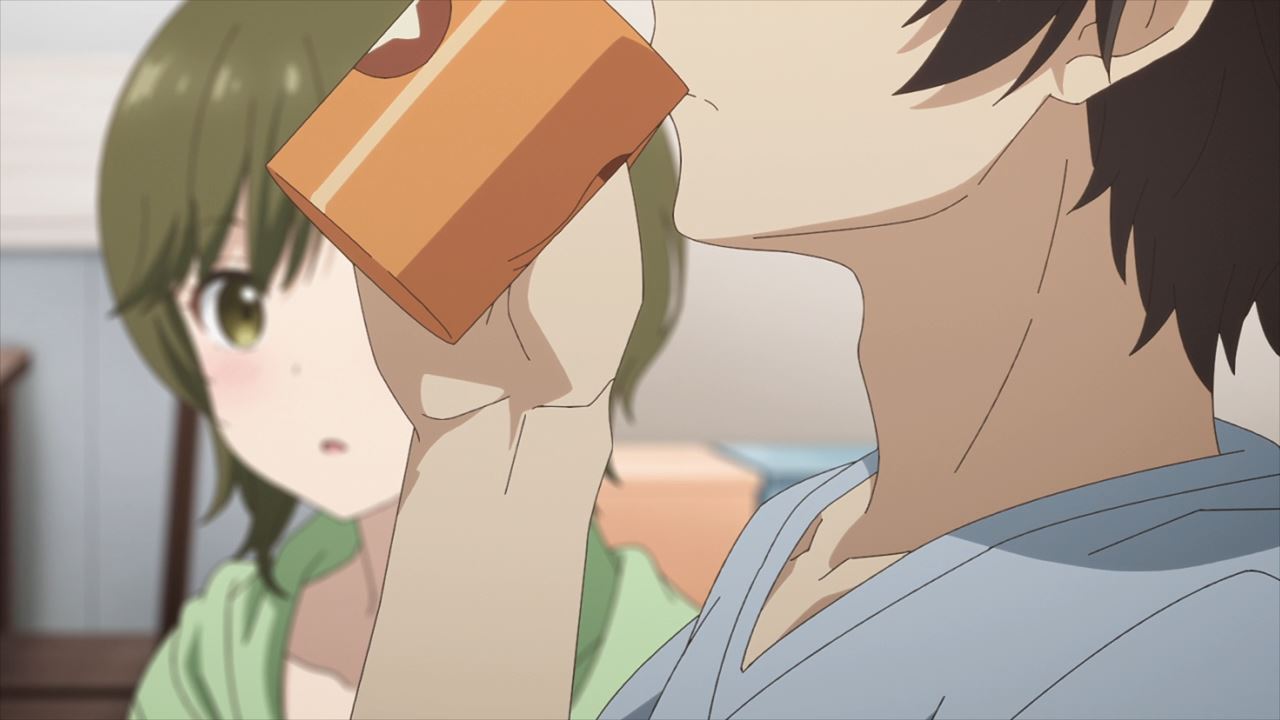 Oh yeah, I forgot to tell you that the mug is actually from Yume where she drank from it, meaning that Mizuto got an indirect kiss from his ex-girlfriend-turned-stepsister.

Then again, it’s pretty much normal given that they’ve kissed before back in middle school. Let’s not tell Isana regarding their previous relationship or she’ll get disappointed. 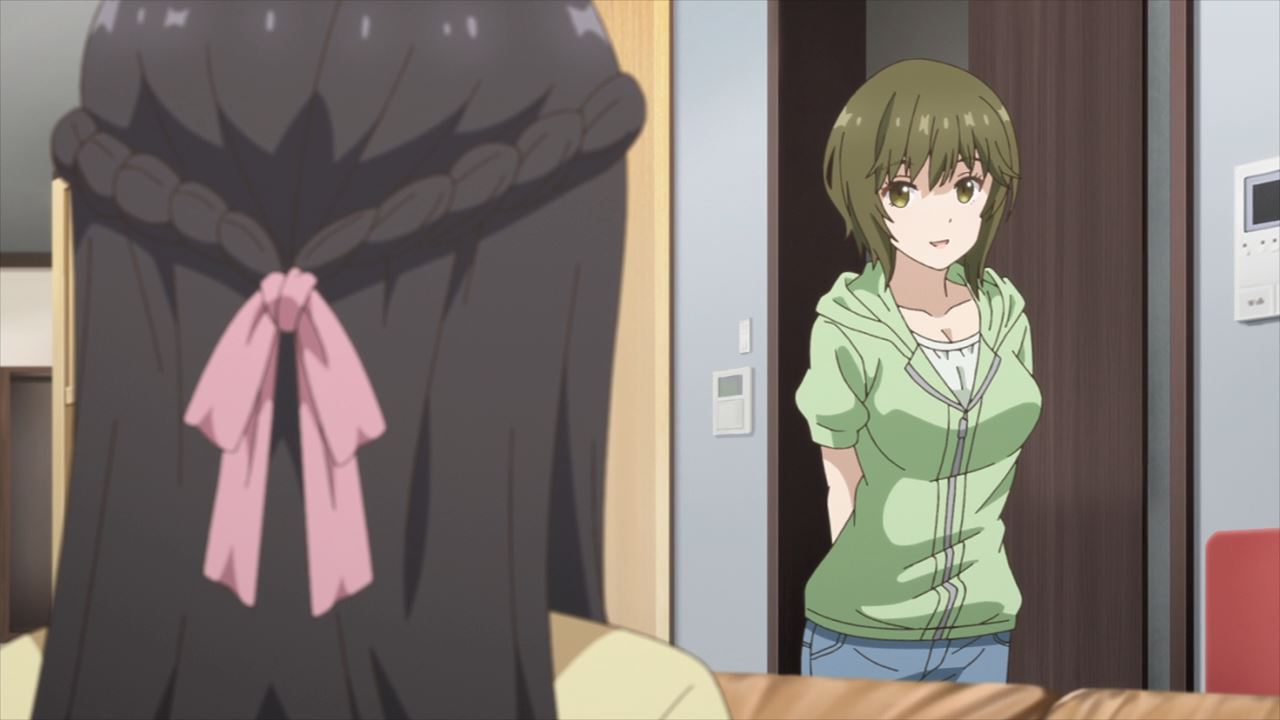 Speaking of Isana Higashira, she’ll return for another time as she won’t stop until Mizuto accepts her as his girlfriend. Seriously, Isana might steal Mizuto away from Yume if she’s continuing her relentless flirting.

Anyways, I’ll see you next time where Tsurekano has 2 episodes to go. I’m not sure how will the animation studio end this show, but I’m hoping that it won’t disappoint me!