Posted on September 9, 2022 by benigmatica 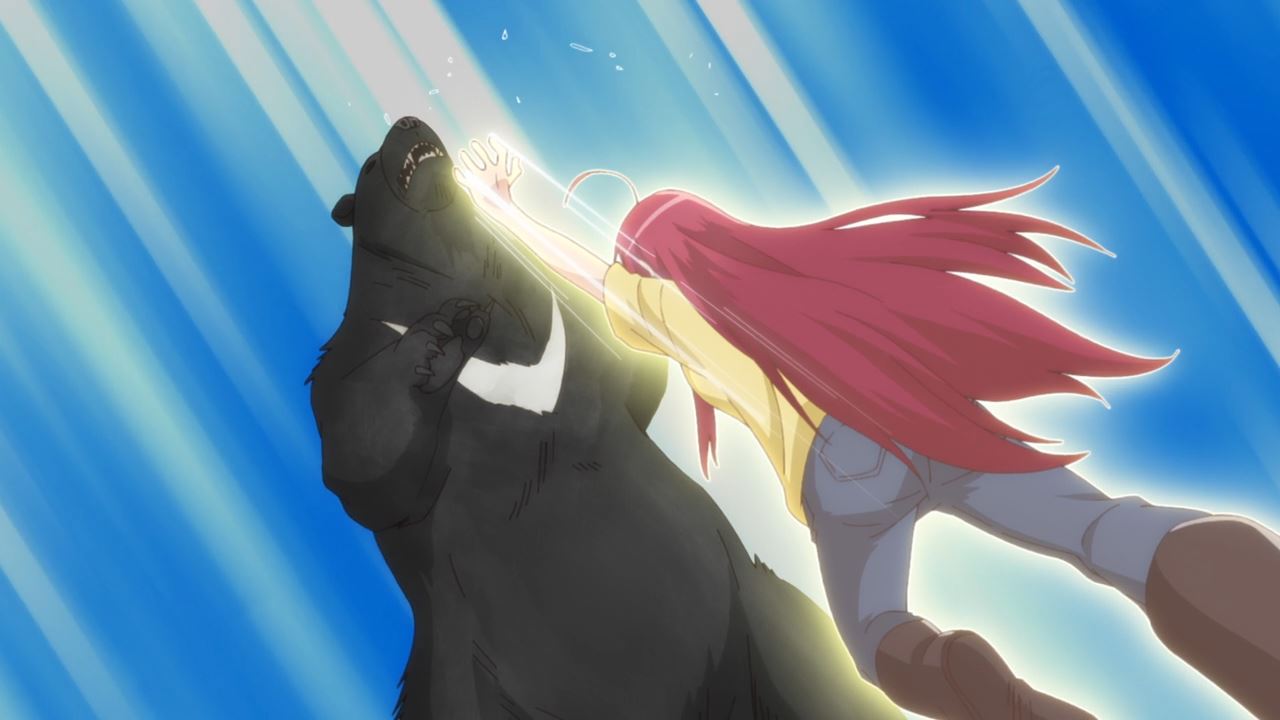 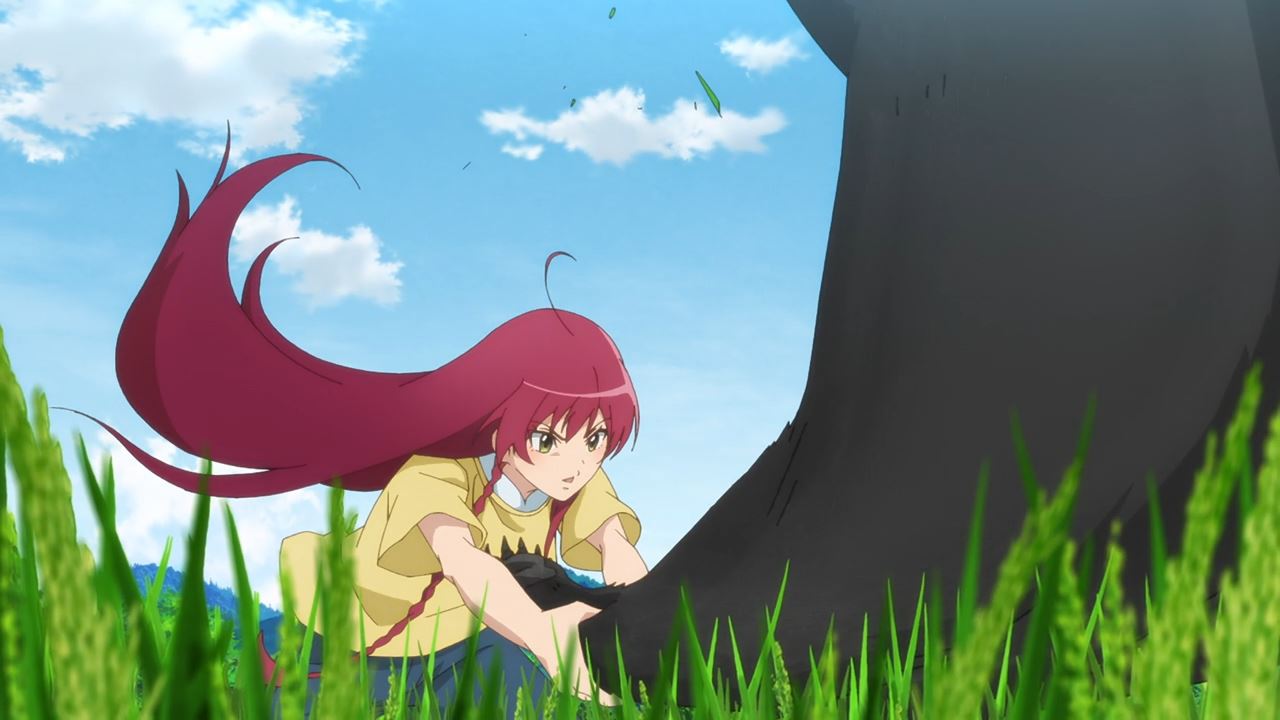 Oh look, it appears that Emilia Justina (or Emi Yusa) took down that rowdy bear by smacking its chin and throw it to the ground.

Well, I have to say that the bear menace has been taken care of but man, how did it got so agitated in the first place? Could it be that there’s some negative energy in Nagano? 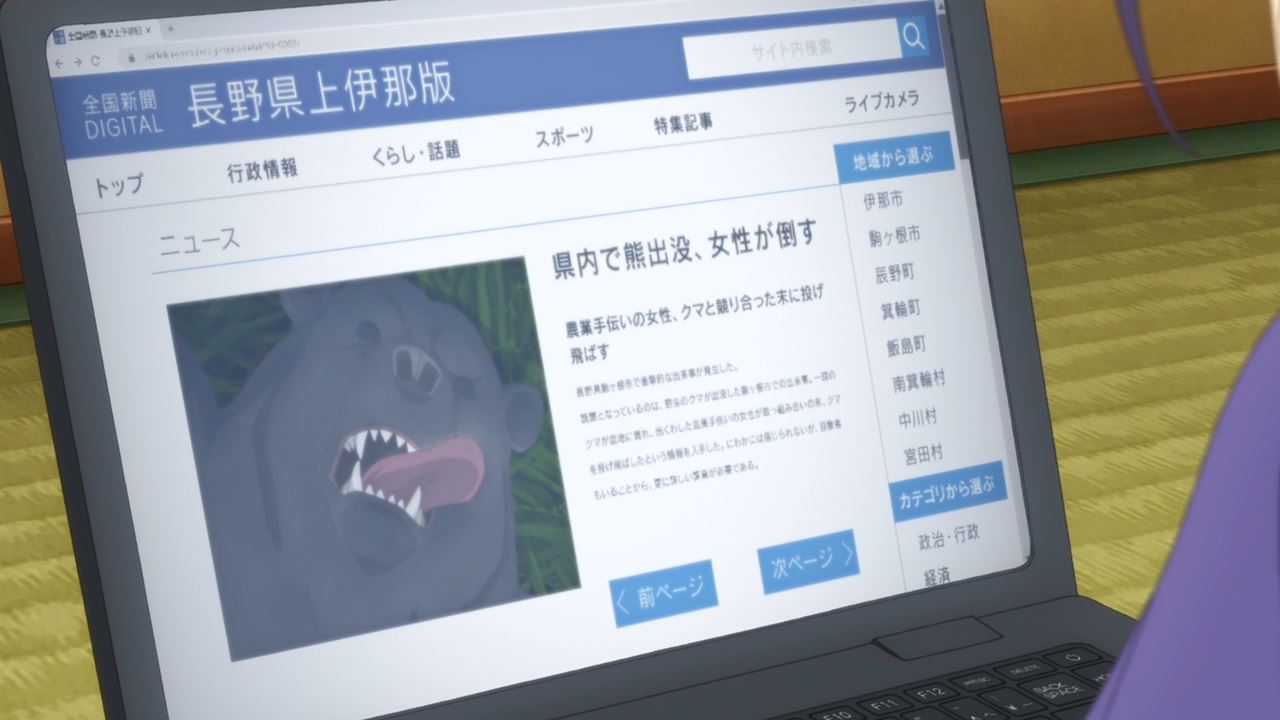 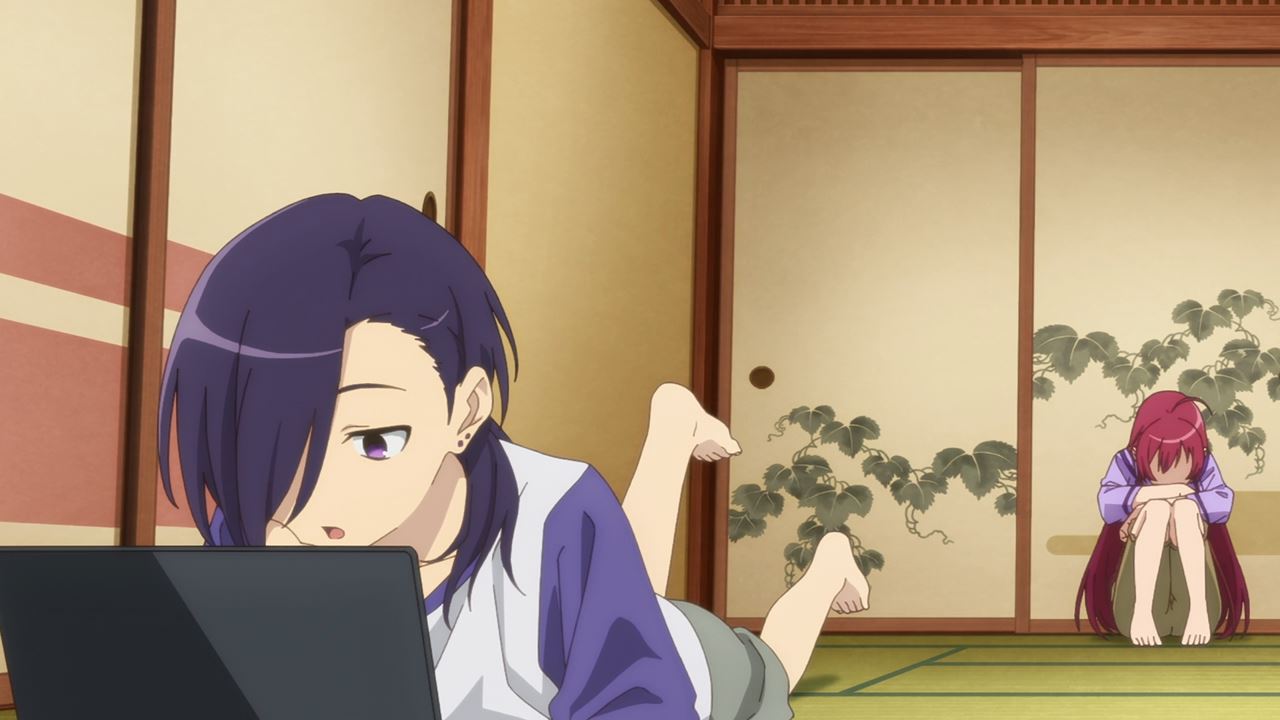 But hey, it appears that Emi’s exploits towards the rampaging bear made a buzz across the internet as Hanzo Urushihara found an article where someone wrestles a bear in broad daylight.

Then again, Emi doesn’t want anyone to know that she has superhuman strength. C’mon, she’s the hero after all! 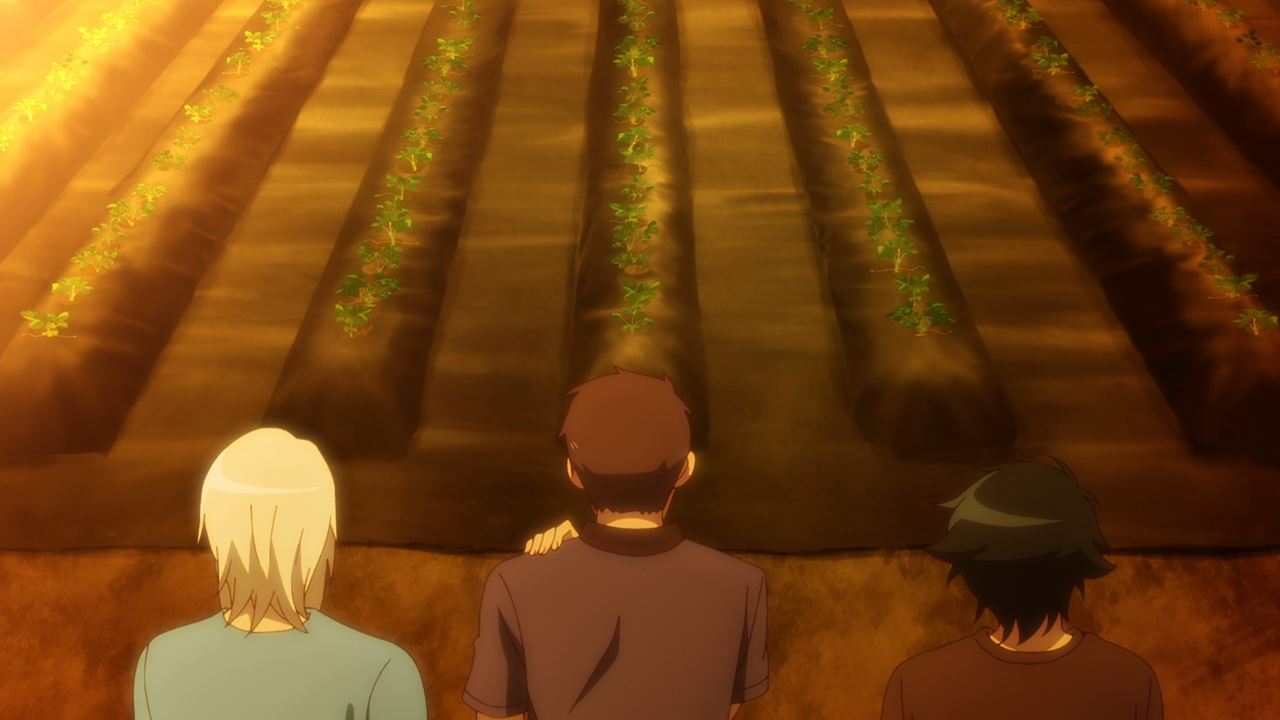 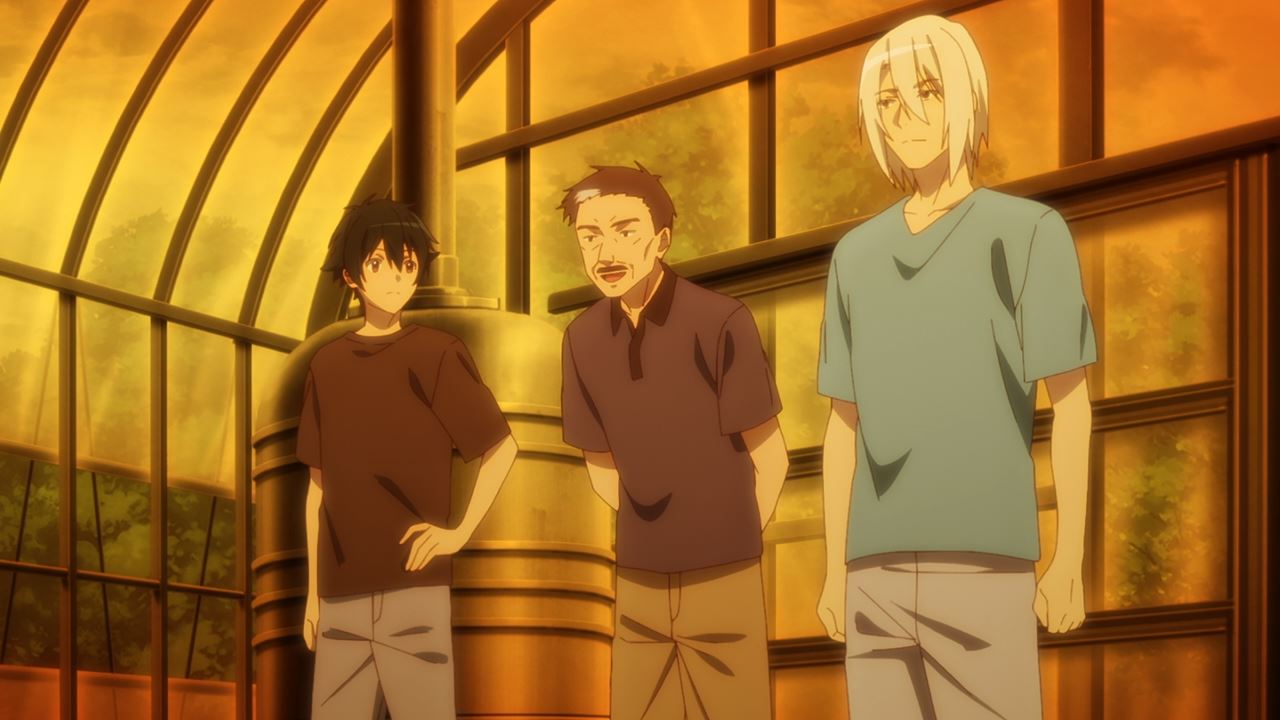 Anyways, the Sasaki Family Farm is still growing some produce as Manji-san complimented both Sadao Maou and Shiro Ashiya for their hard work.

Of course, their farm wouldn’t be successful without Kazuma as he and his wife Yumiko are expanding the business and improving the farm’s output. 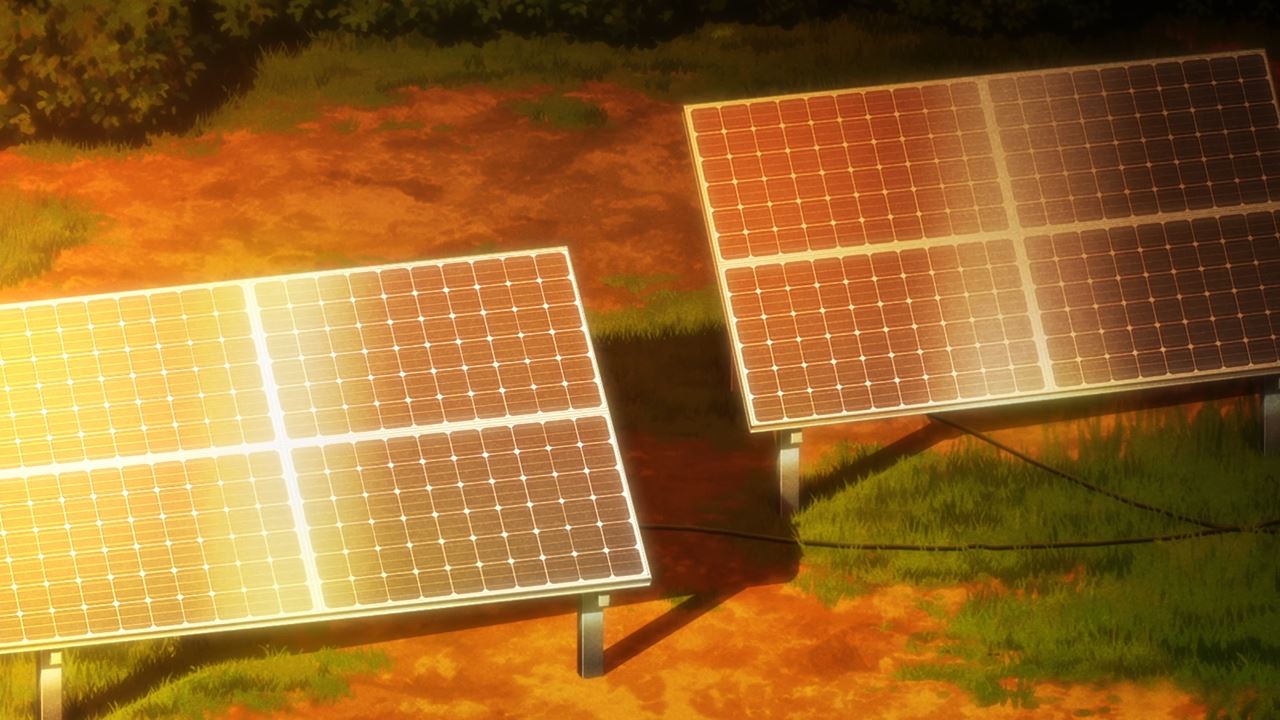 One example will be installing solar panels which Kazuma brought them from his university to power the greenhouse fans and lights. Gotta say that Kazuma did a great job in innovating the family farm.

Unfortunately, it appears that the Sasaki Family Farm is being targeted by thieves lately who steals their produce in the middle of the night. 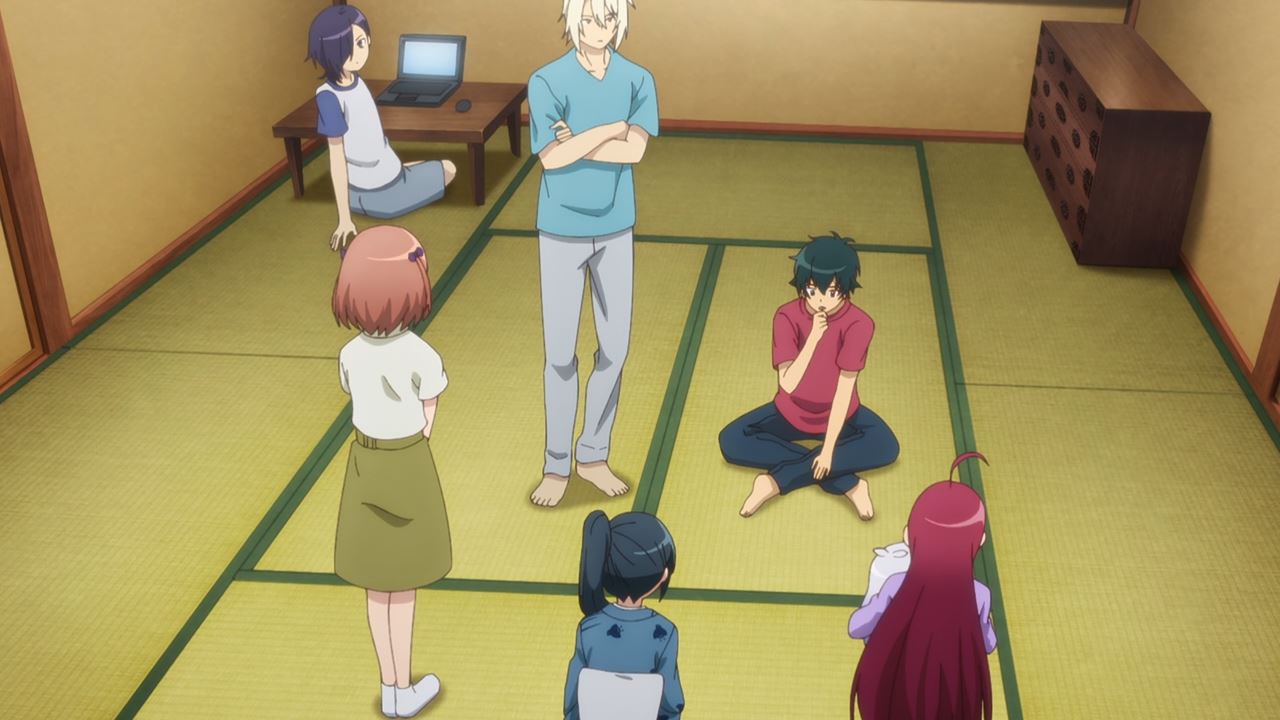 Worse of all, Sadao Maou thinks that they’re gonna steal the solar panels and sell them at a higher profit… or use those panels to power up the cryptocurrency mining rig.

Just kidding on that last part, but Maou-san won’t forgive those thieves. The problem is dealing with them without being exposed by everybody. I mean, Sadao (or Satan) doesn’t want his demonic powers seen by everybody. 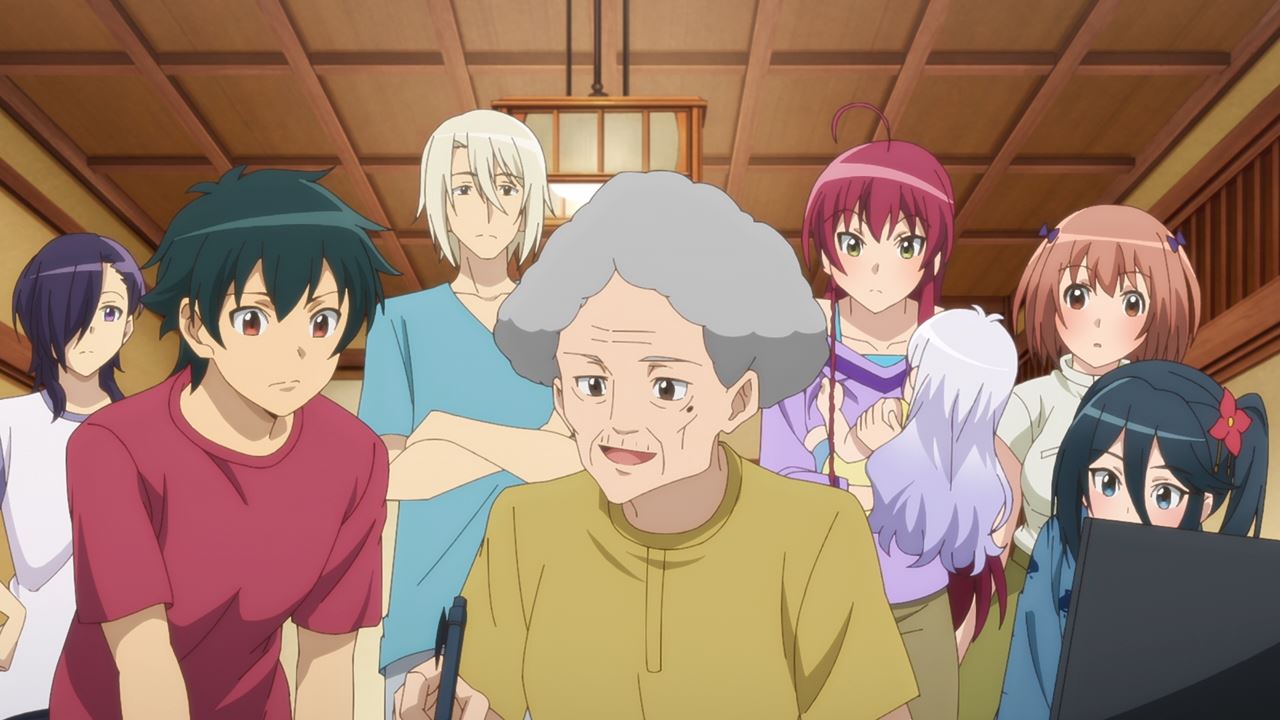 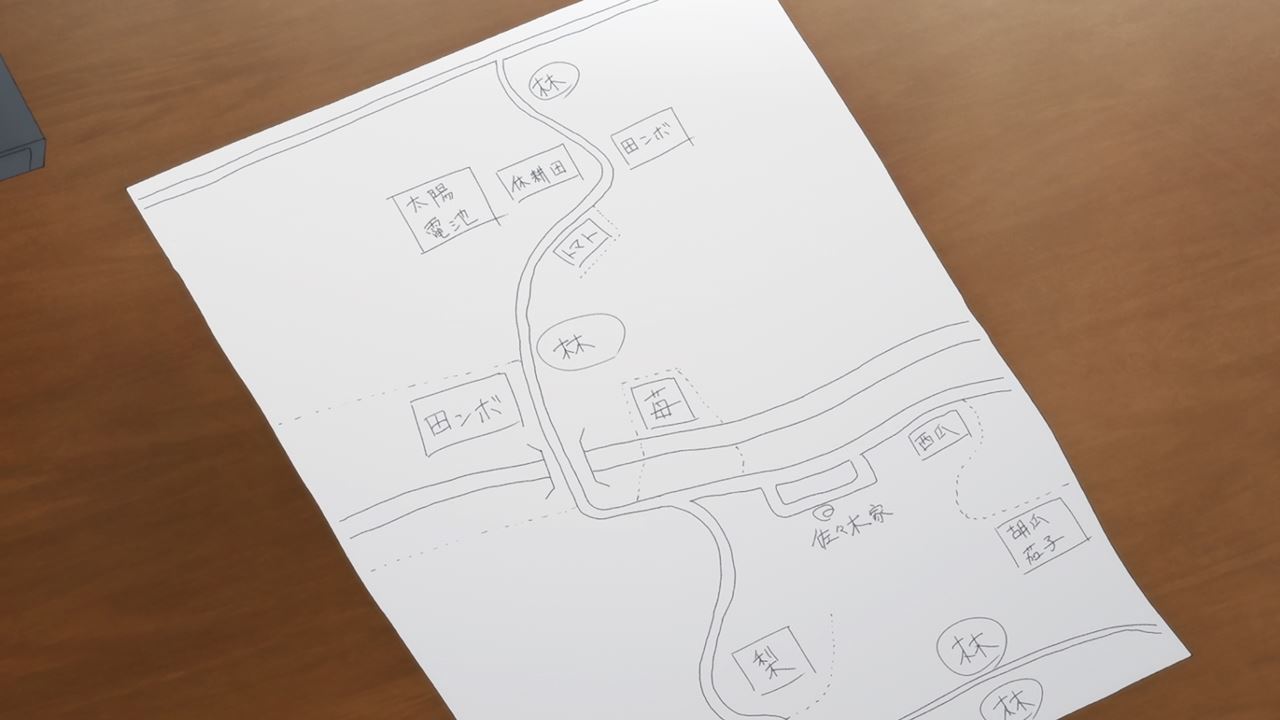 Fortunately, Grandma Ei came up with this nice map of her family farm where the solar panels are located.

While it’s nice that Maou-sama and his allies can locate the solar panels without having to fly at night, they need to be careful when dealing with those thieves. 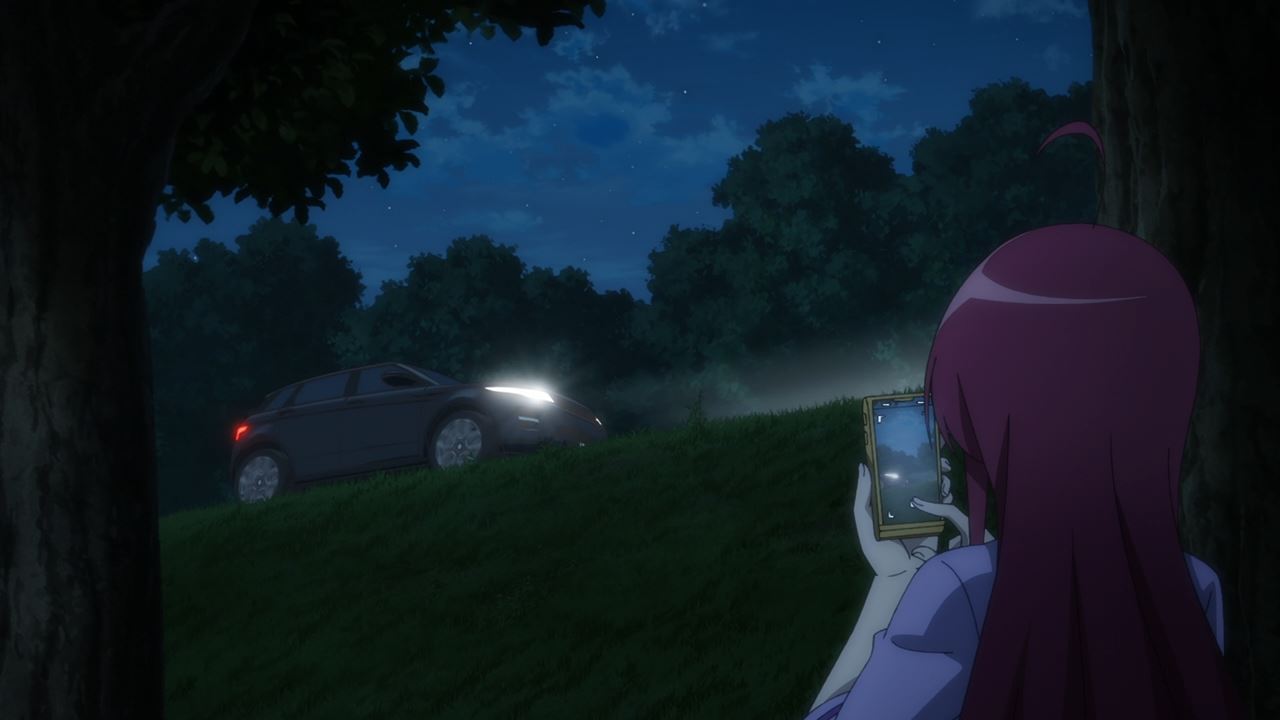 Anyways, looks like the thieves have arrived where they’re riding in a black SUV. Trying to be sneaky in the middle of the night, eh? 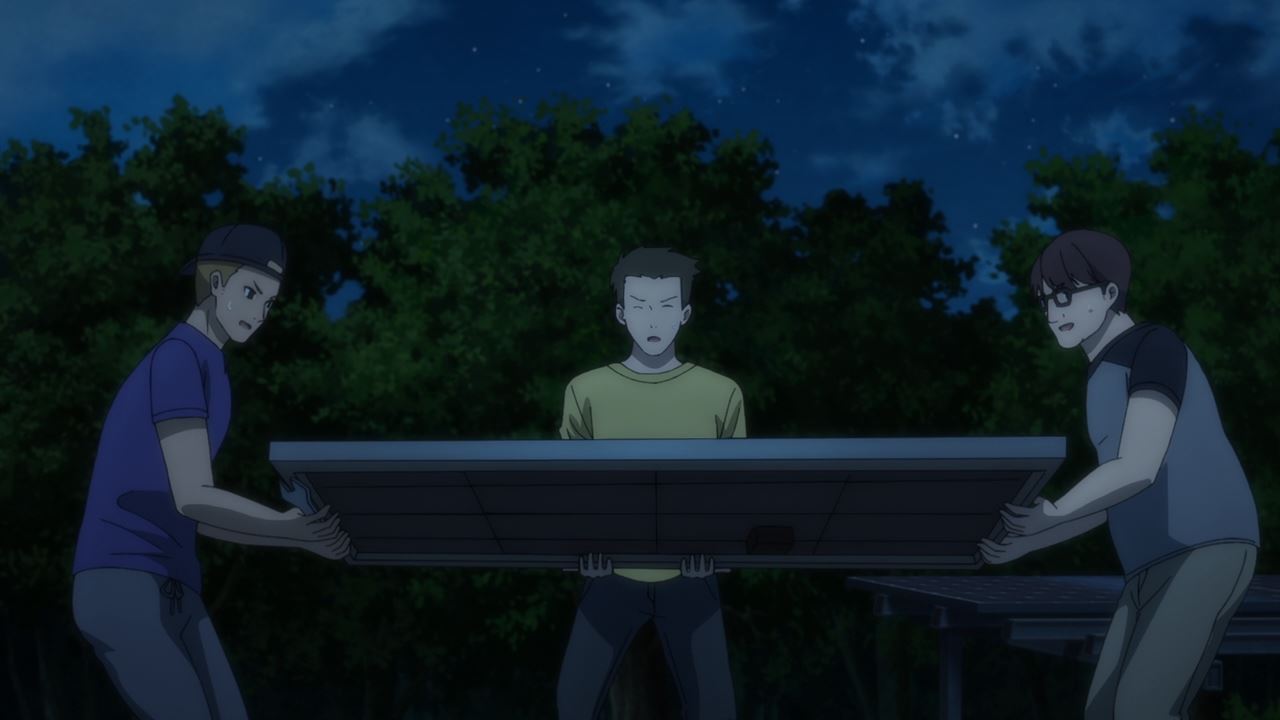 On the other hand, those thieves looked like college dudes who want to waste their lives by doing reckless things, including some pilfering of expensive items with the intention of selling them at a higher profit. 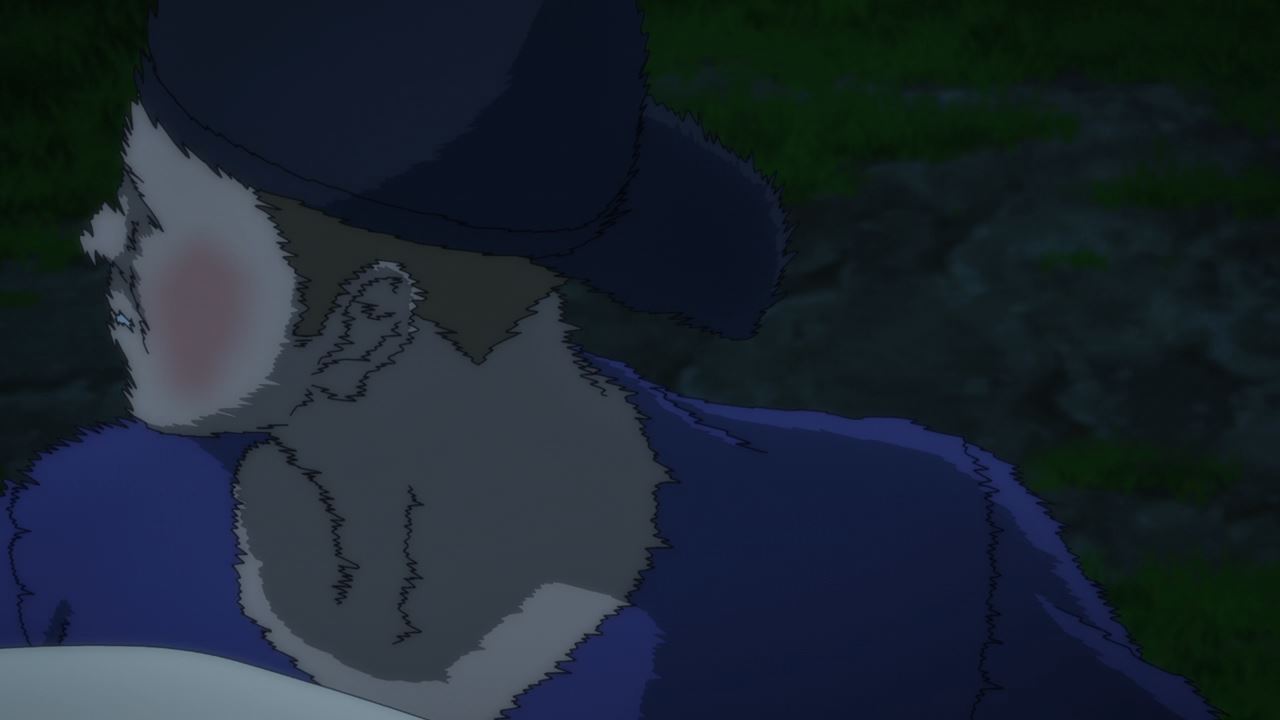 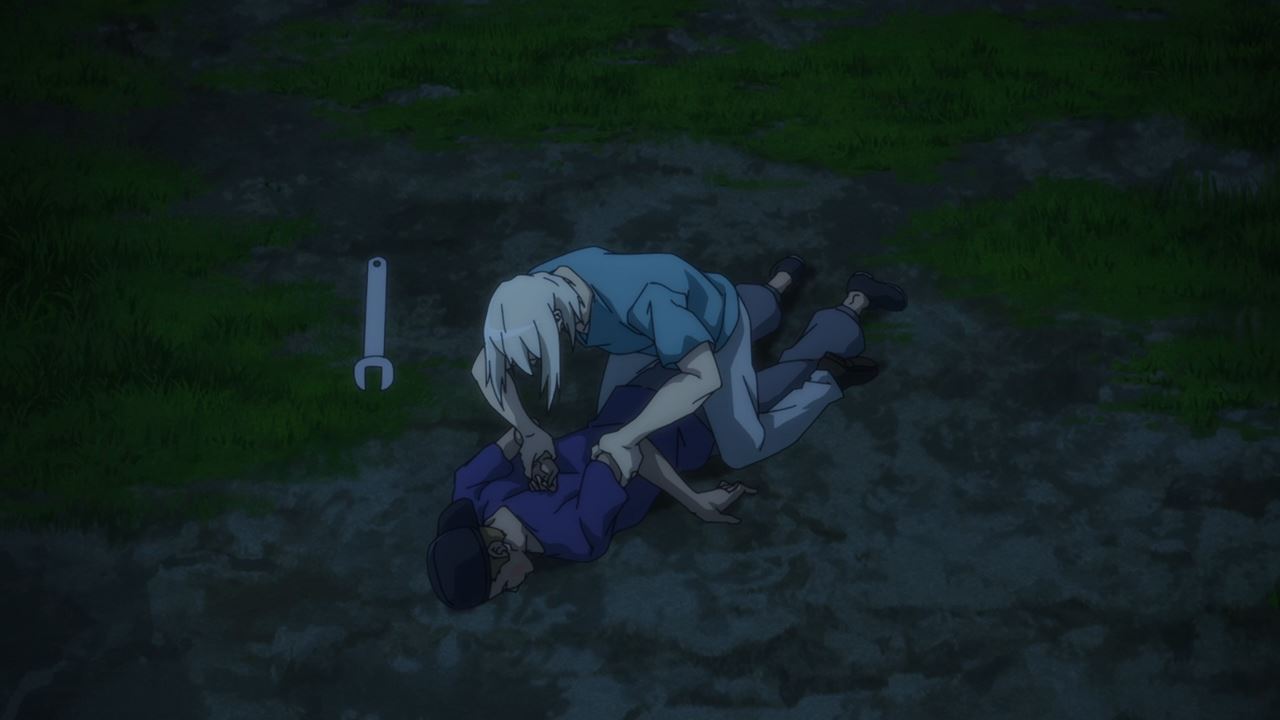 Fortunately, Maou-sama and the rest take action as Shiro Ashiya took one of those thieves to submission. 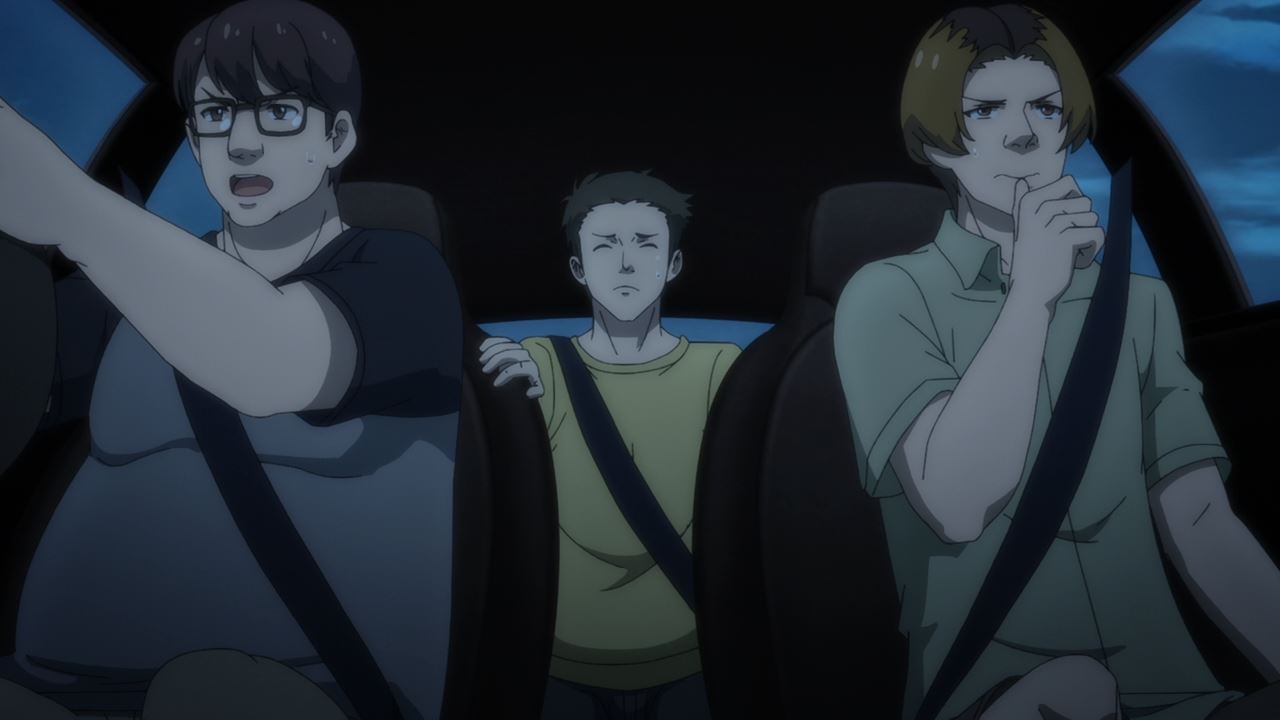 Of course, the rest of the thieves decided to run away as it’s futile to steal the solar panels at this point, although I’ll say that they won’t escape for much longer. 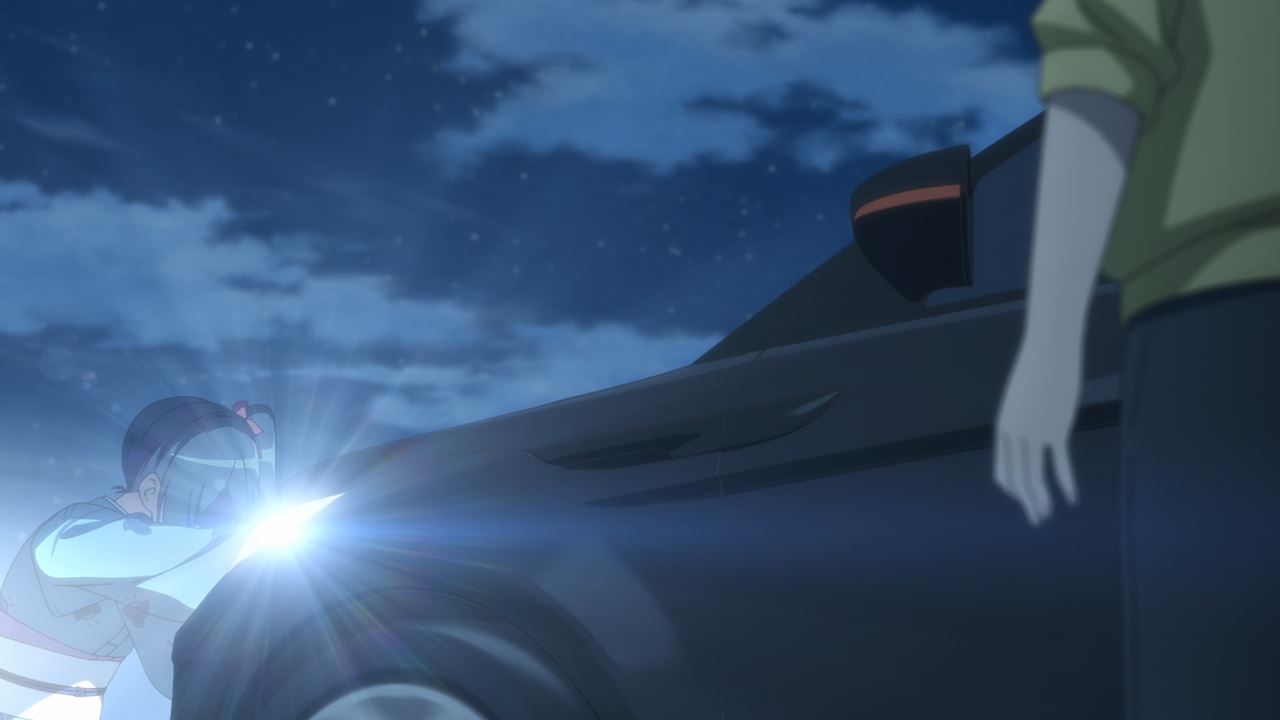 There’s Suzuno Kamizuki where she stop the black SUV with her bare hands, 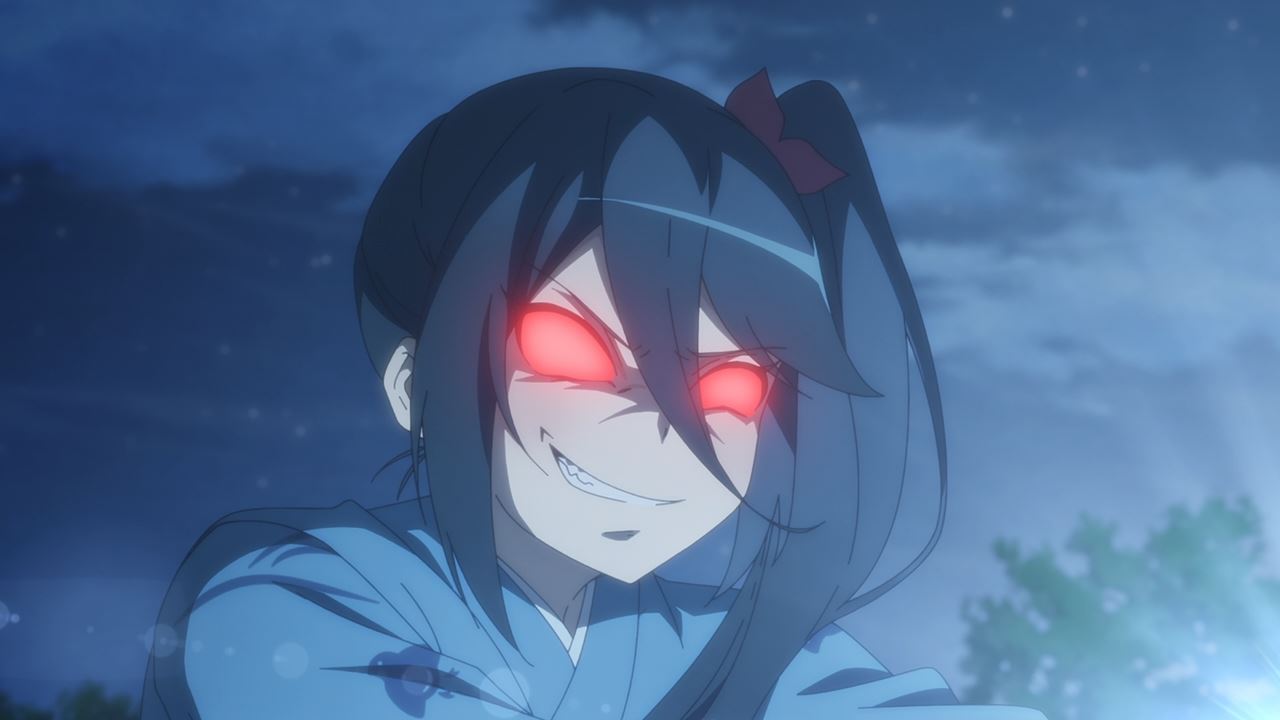 Okay Crestia Bell, you’re becoming like a gorilla despite not having large- Oh wait, Crestia/Suzuno might kill me if I say something bad! 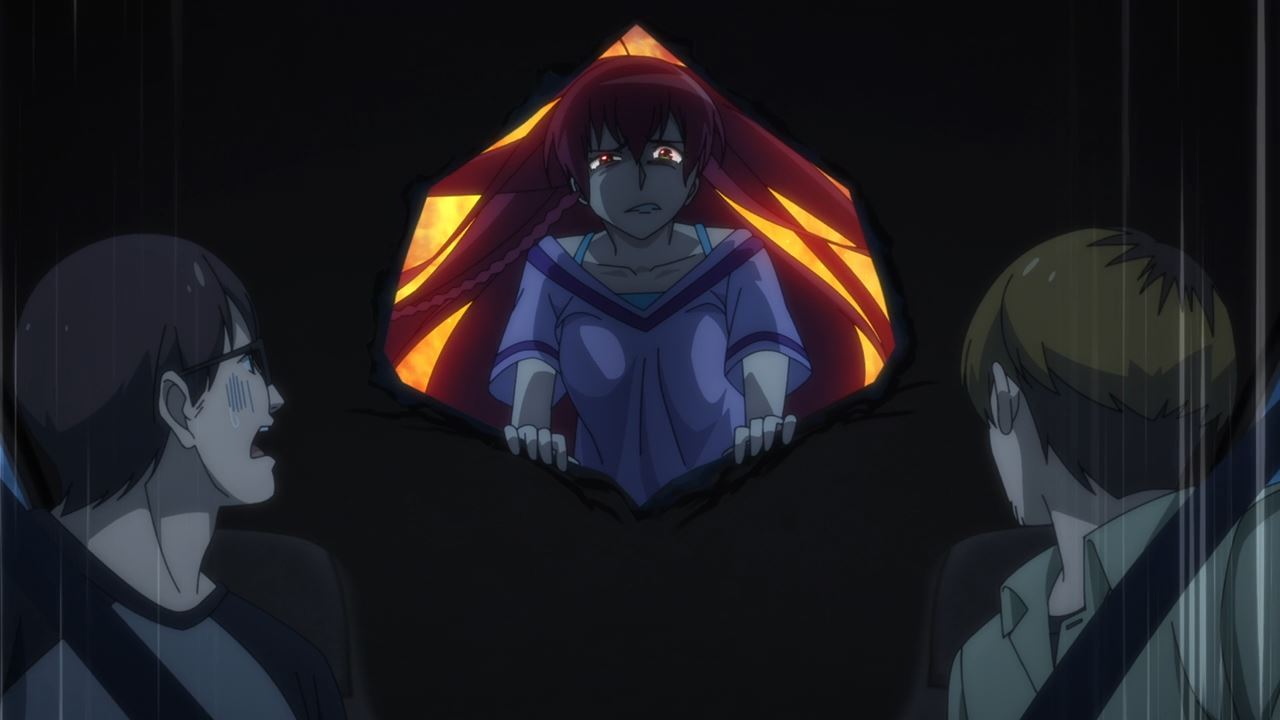 Oh yeah, it’s not just Suzuno, but also Emi Yusa where she tears the SUV apart with her bare hands, not to mention that her body is covered with flames.

At this point, the thieves couldn’t do anything but to pee themselves and run away as soon as possible… except they can’t! 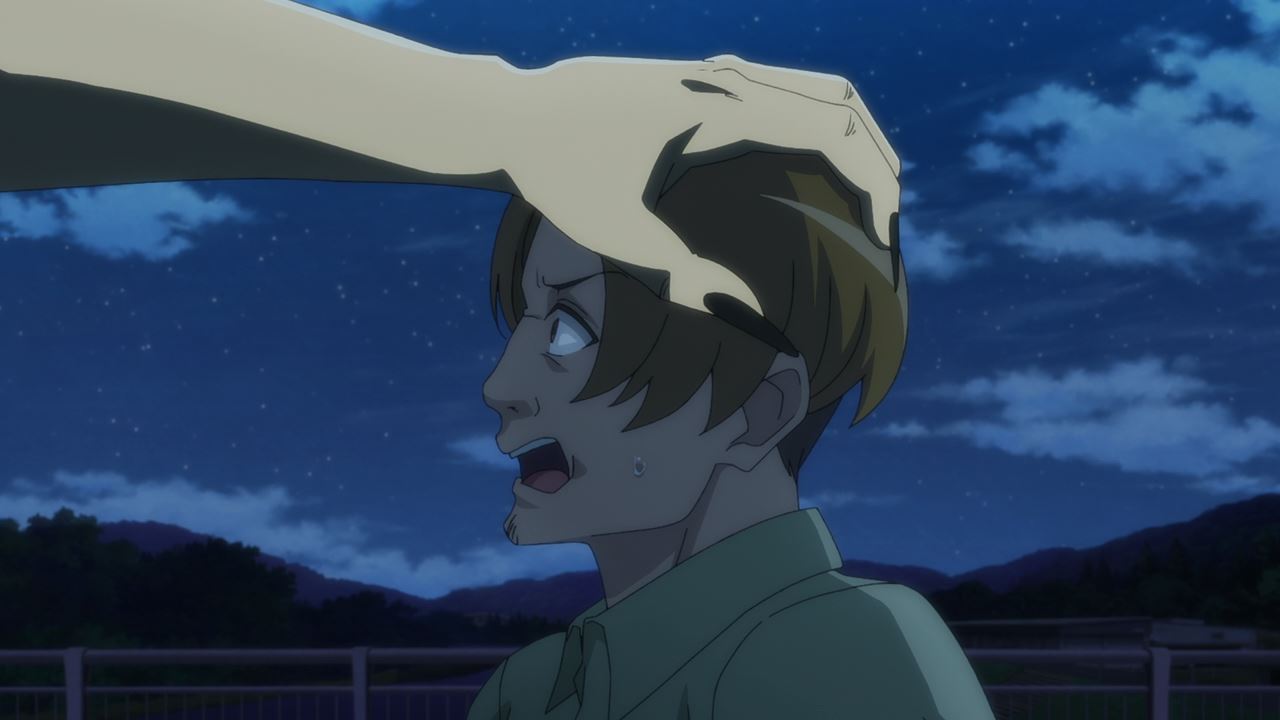 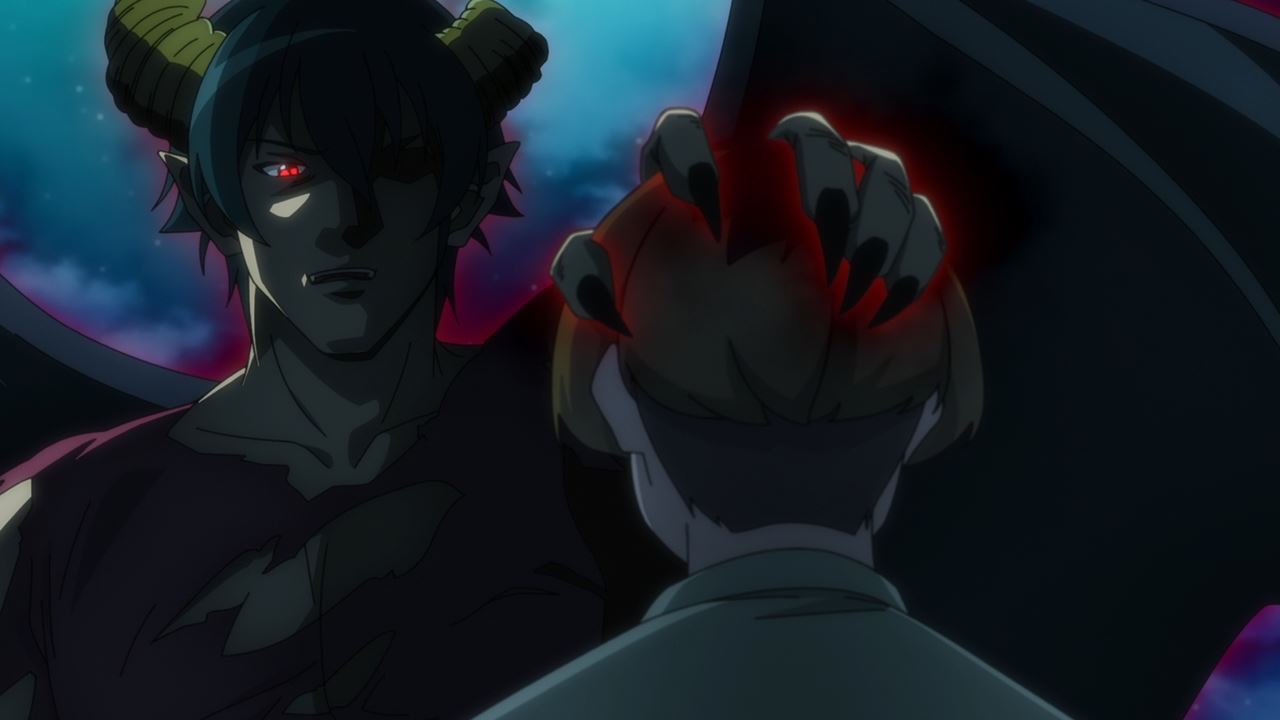 That’s until one of the thieves encounter Sadao Maou where he transforms into Demon Lord Satan. There goes his new set of clothes, but how did Satan transforms into his demon lord form?

Oh wait, Nagano has the Kappa Museum where centuries of resentment from the kappa have given power to the demon lord. That makes sense! 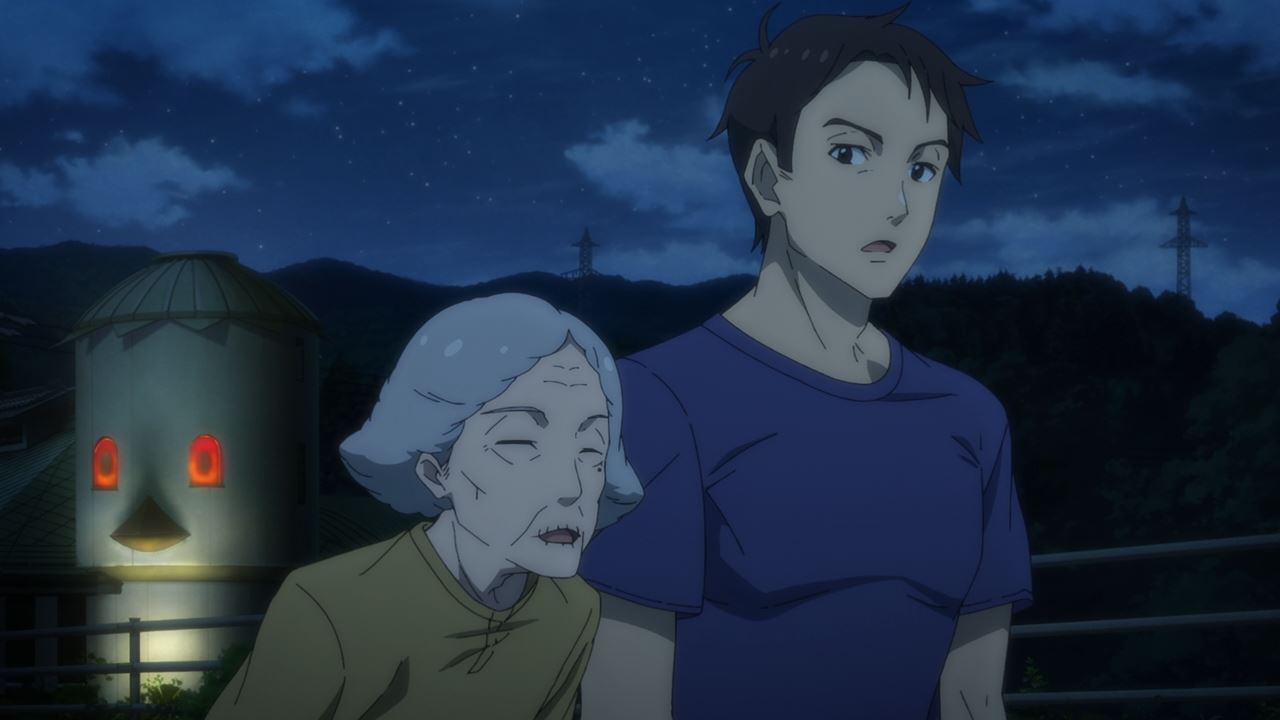 Now then, here’s Grandma Ei and Kazuma-san where they heard the news that the thieves have been apprehended.

While Kazuma is worried that their workers got hurt when dealing those thieves, Ei-san told her nephew that there’s nothing to worry about. 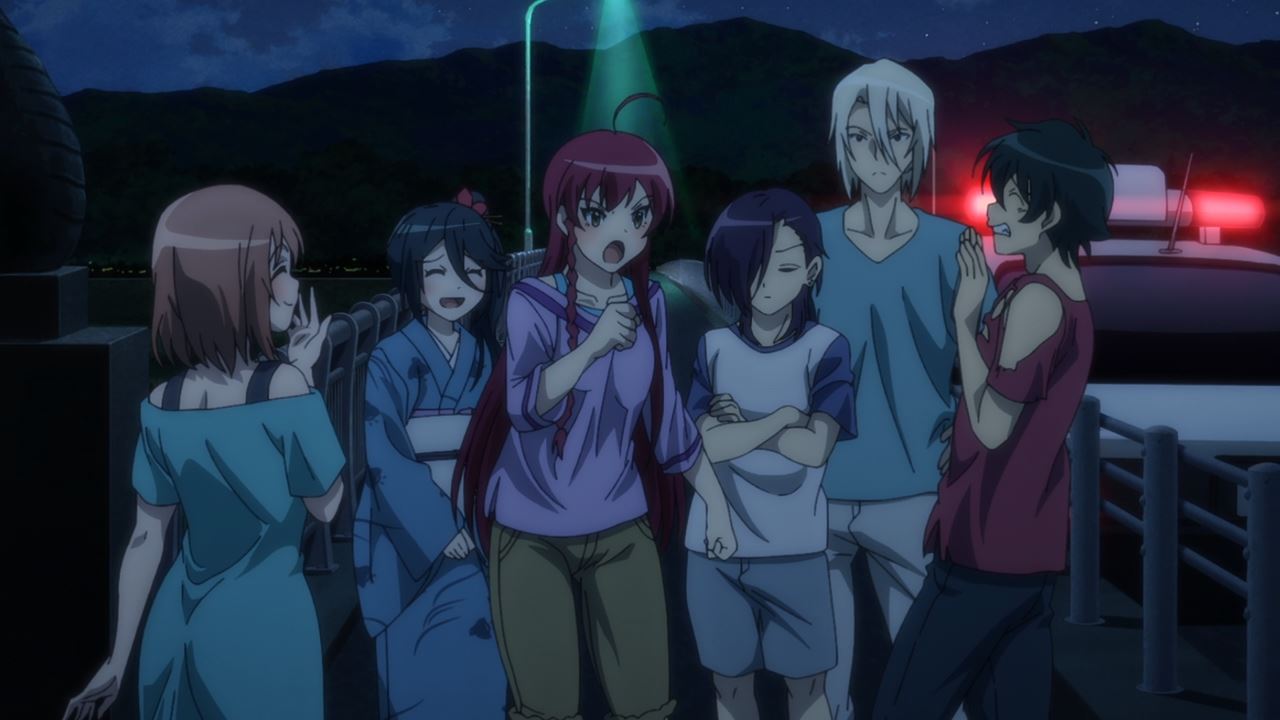 I mean, Chiho’s friends are amazing where they protected the farm and Chi-chan’s family from various threats, be it a wild animal or some college punks. Anyways, it’s a job well done in Nagano! 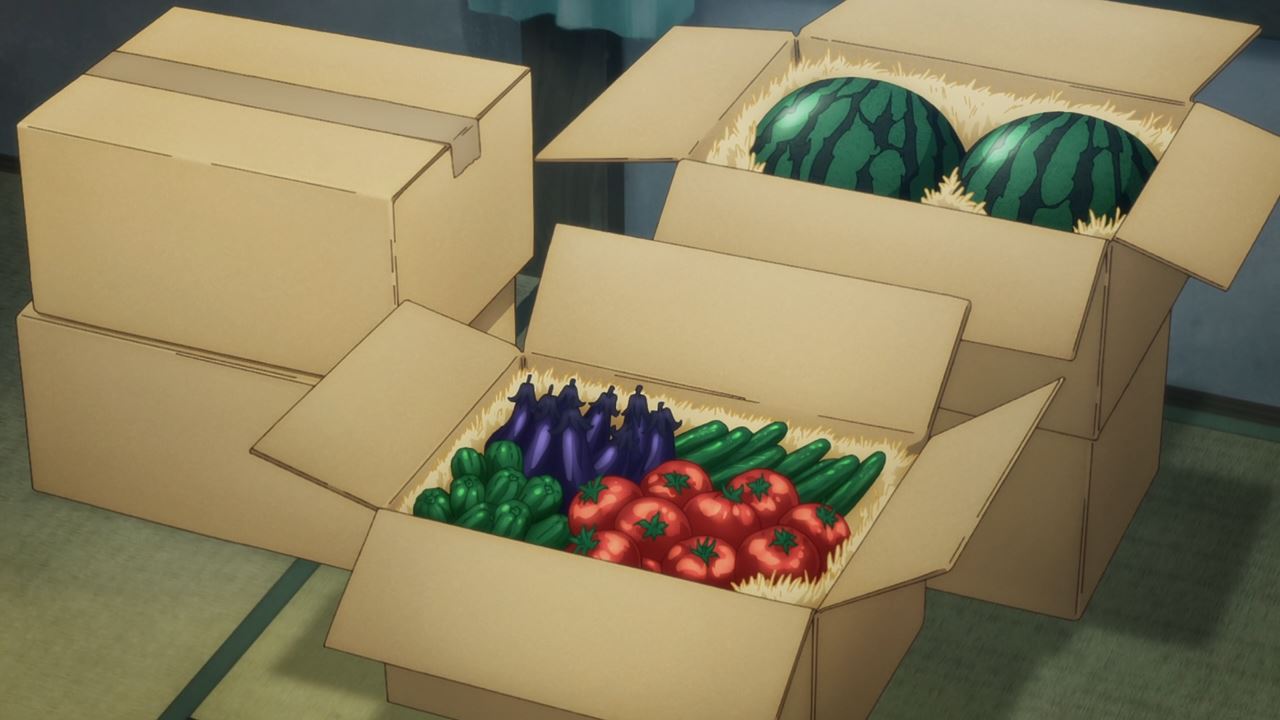 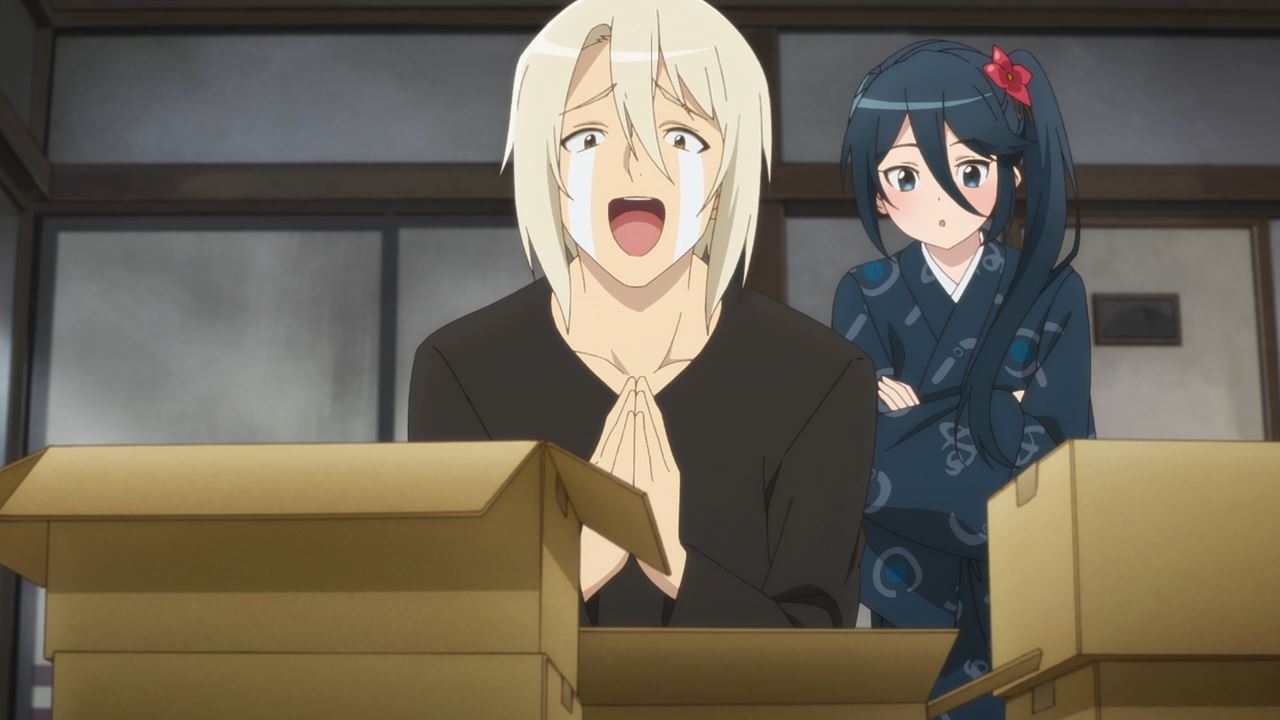 And thanks to their efforts, Sadao Maou and his buddies got a large supply of fruits and vegetables for helping the Sasaki family. 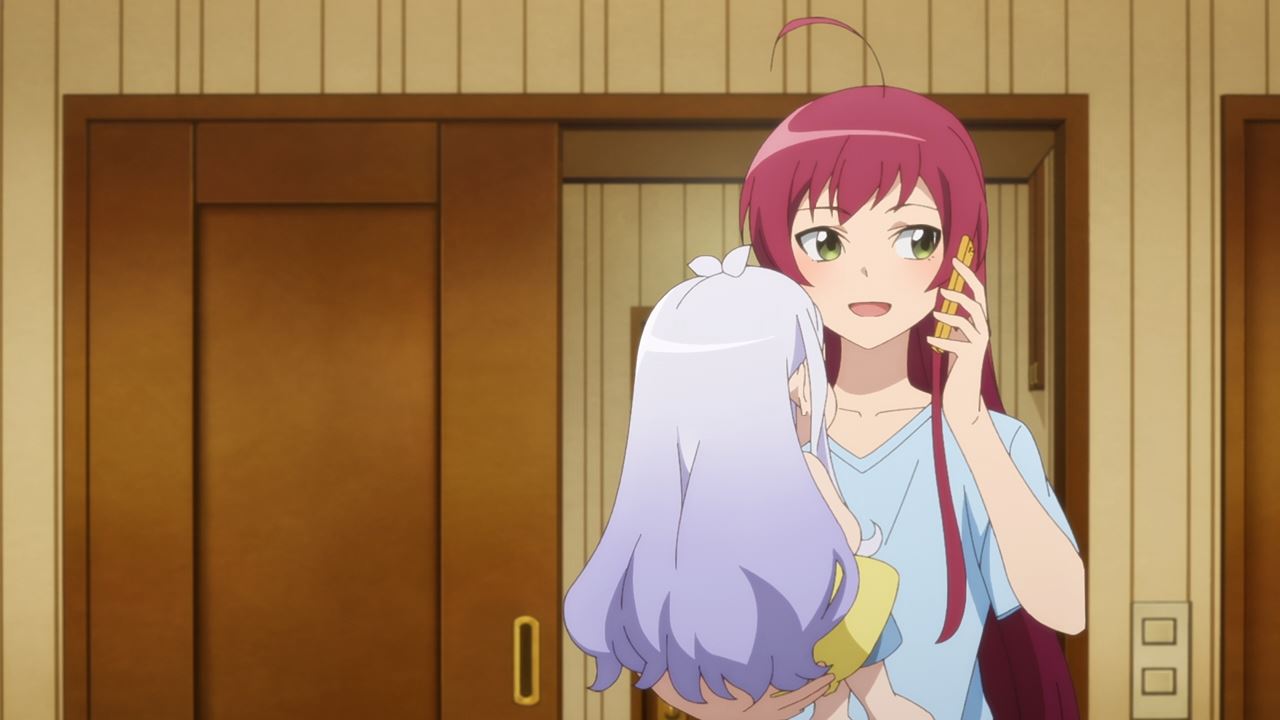 One last thing, looks like Emilia got a call from Emeralda Etouver where the hero’s aide told something important over the phone. 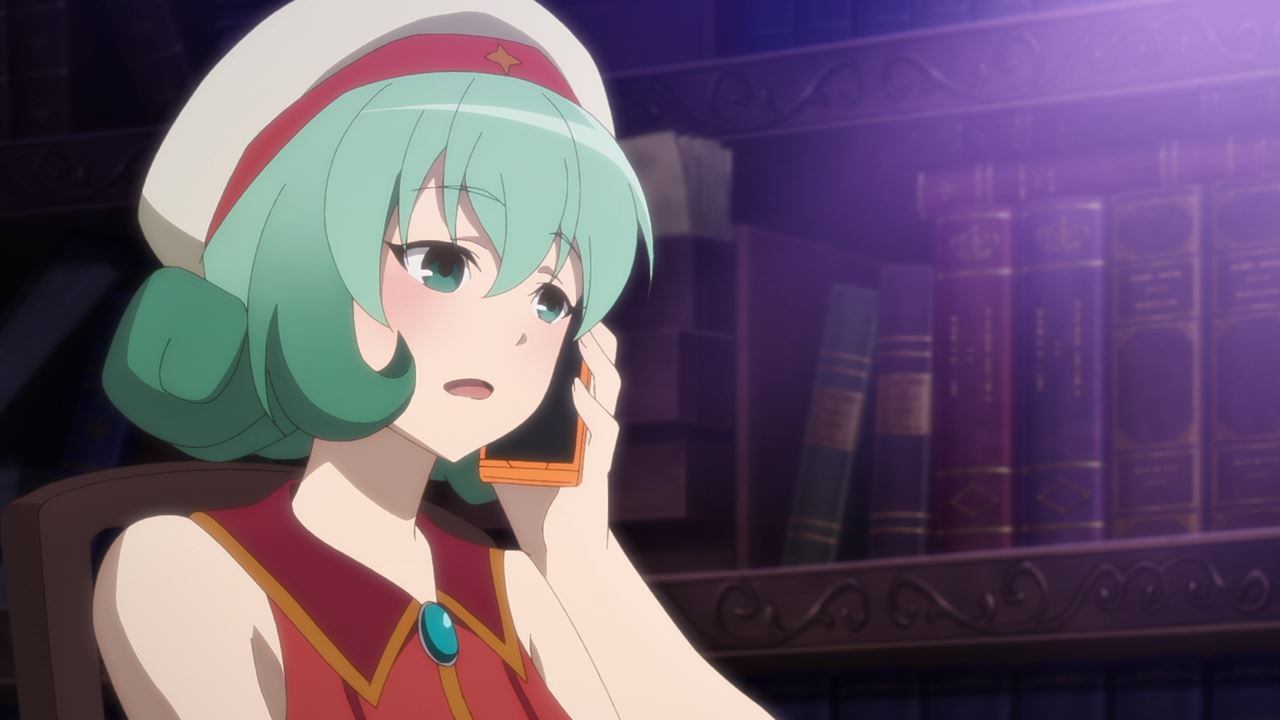 You see, Emeralda asked Emilia if she happened to encounter Lailah, which happened to be Emilia’s mother. Oh boy, we’re back to the plot regarding the Yesod shards!

Anyways, I’ll see you next time where I have a feeling that Gabriel will return to take Alas Ramus again.