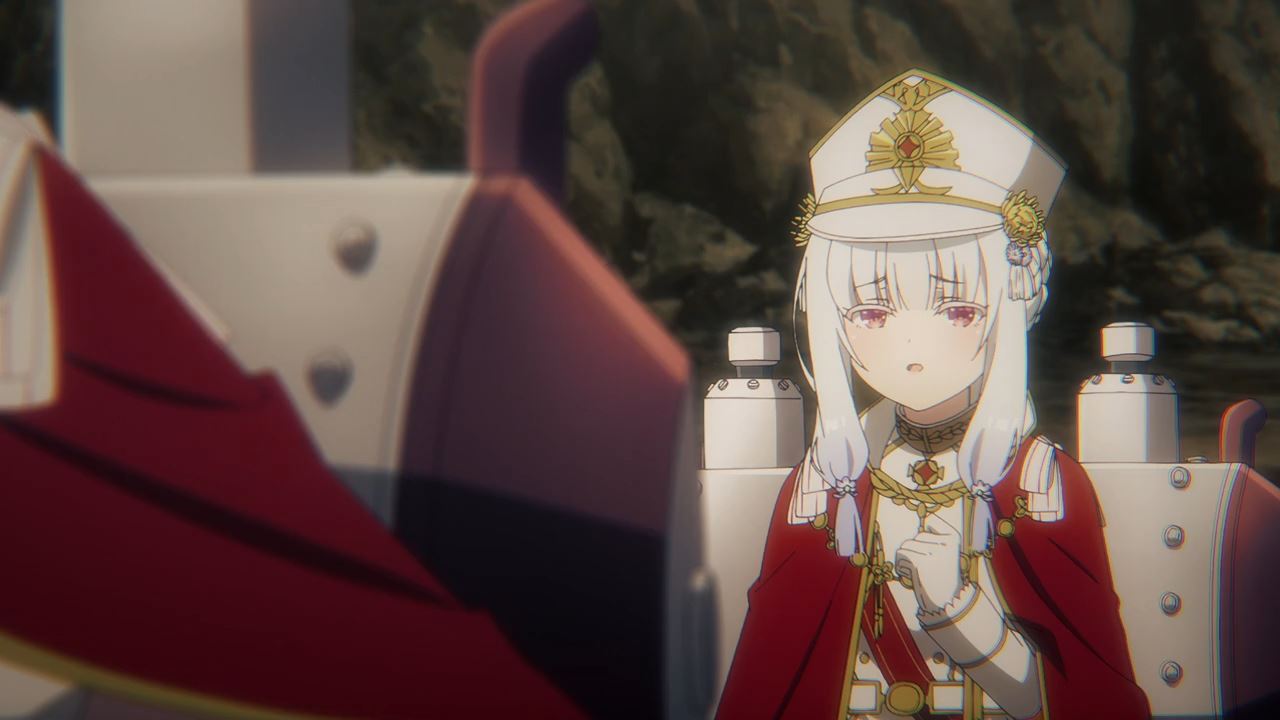 Let’s begin with a flashback where Kikka tries to stop Ouka from commanding lots of machines, fearing that she’ll become broken after linking lots of mechanica in hopes of turning the war around. 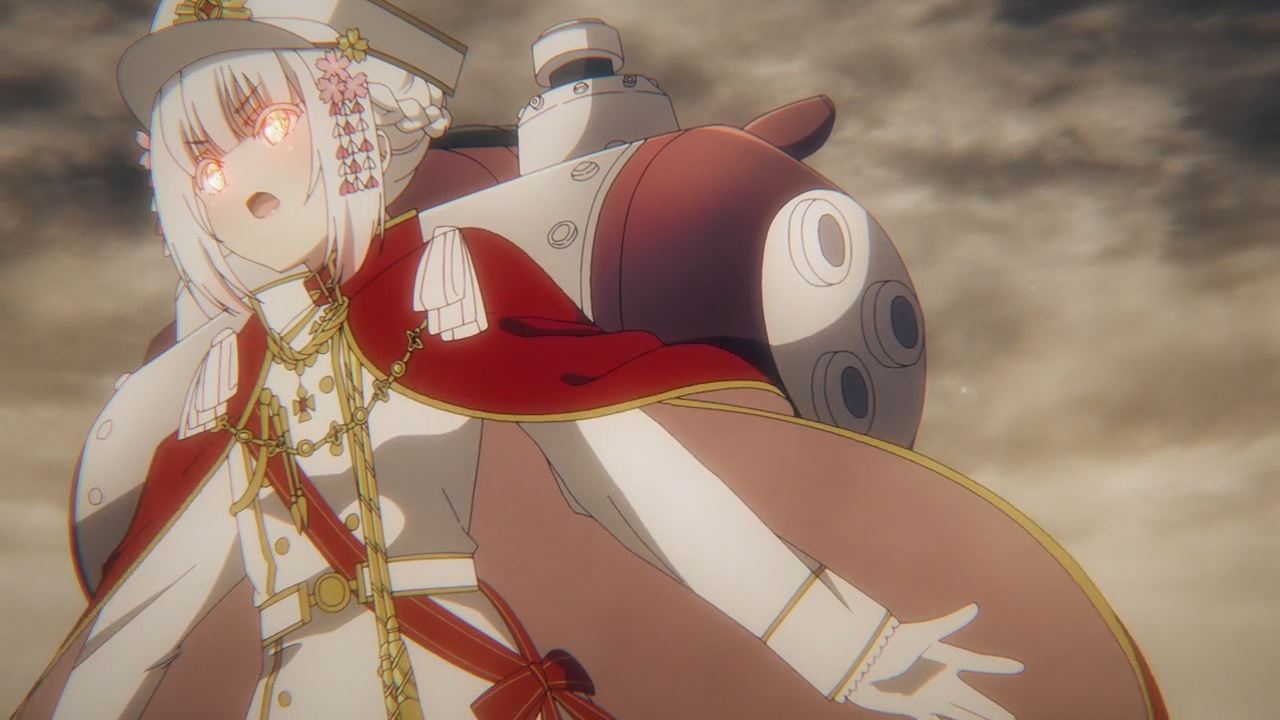 Sadly, that wasn’t the case as Ouka push herself too hard in winning the war. Kikka tries to regain control of Ouka’s dolls, but both of them have perished.

Now, I feel that they looked so similar that there’s no distinction between Ouka and Kikka. The only thing I remember is that Kikka was sent to the battlefield on Ouka’s behalf, but it appears that Ouka is the one who went to war. 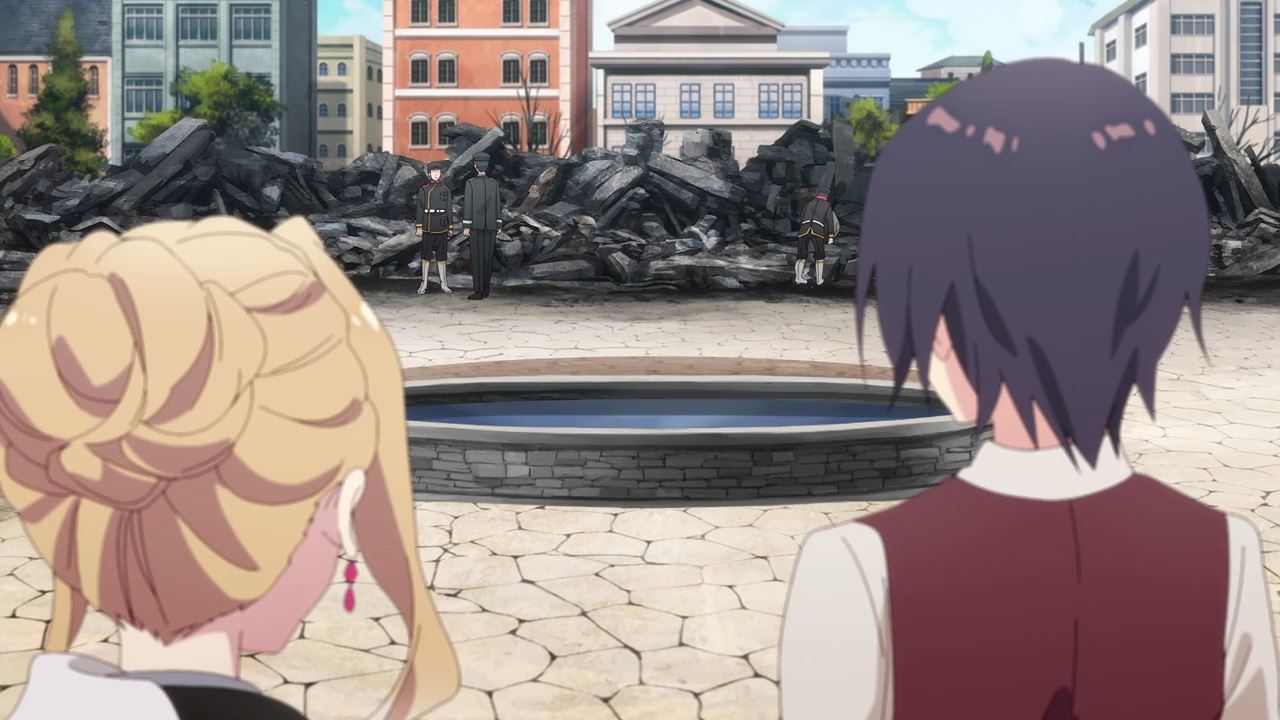 Anyways, let’s move onto the present where Otome Okunomiya and Nagi Touma returned to Kuroneko-tei, only to find out that the café has been reduced to a charred ruins.

Now the only thing that worries me is Haizakura and the rest as they got caught in that blazing inferno thanks to Haikagura’s odd behavior. 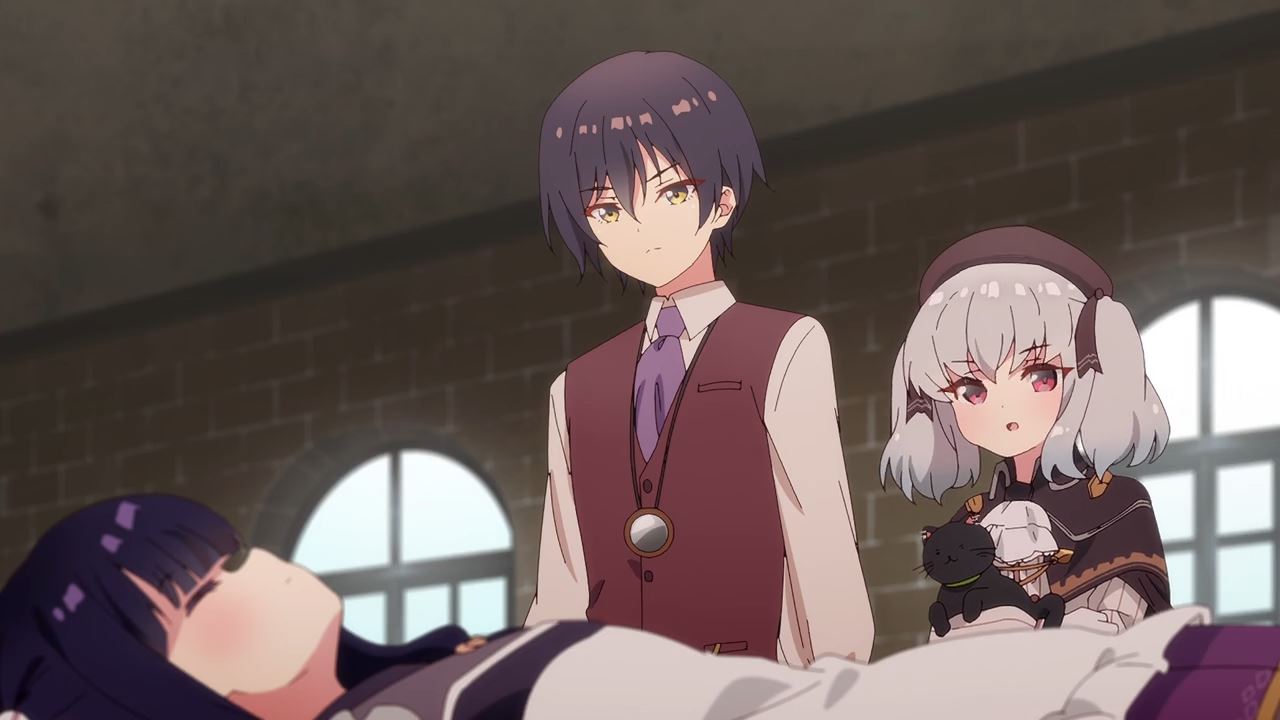 However, it appears that Retzel is still alive where she told Nagi that the rest of the automata survived and went to various places.

On the other hand, there’s Haikagura where she’s currently in sleep mode after setting the entire café ablaze. 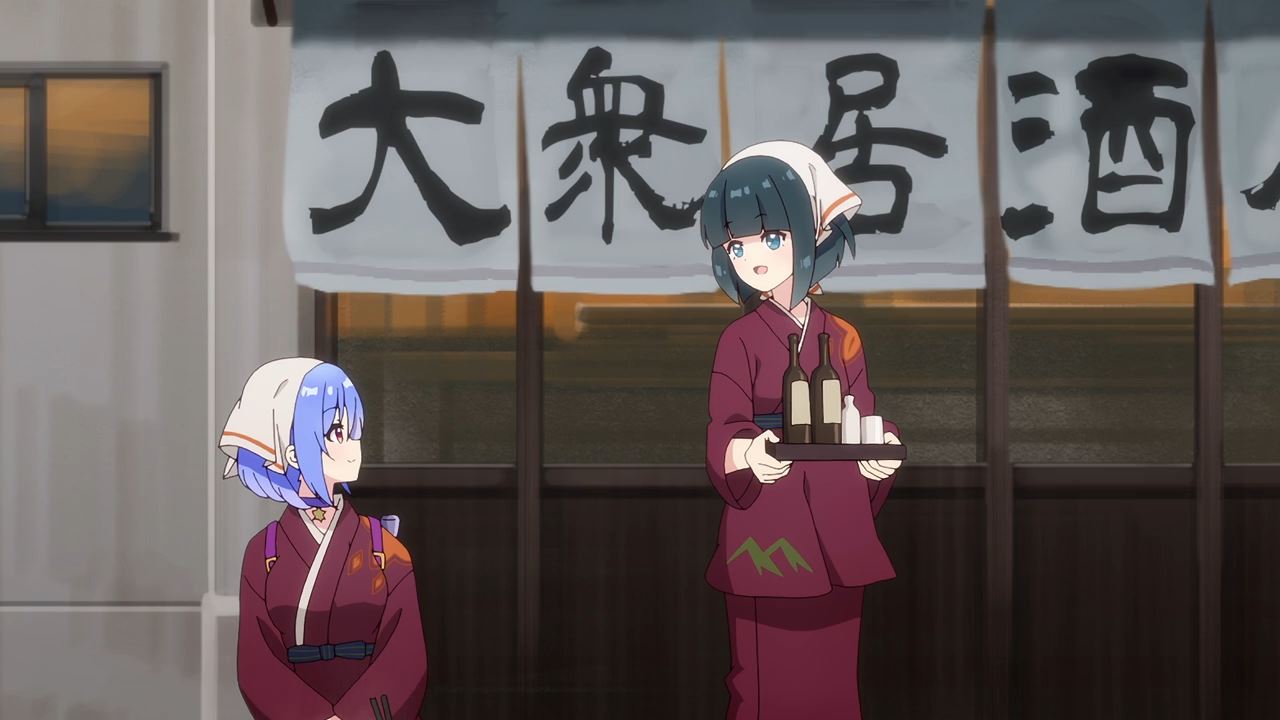 Now then, let’s check on the others starting with Houkiboshi where she’s working at an izakaya pub owned by one of Captain Yamae’s relatives. 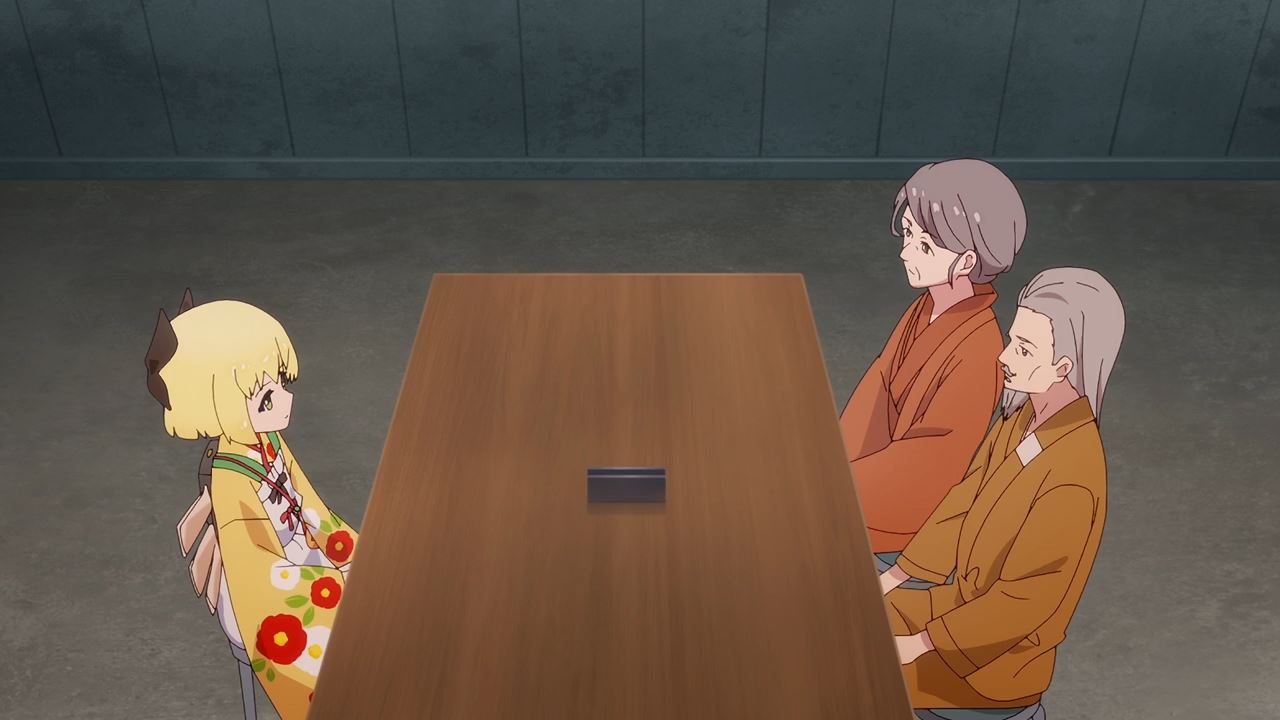 There’s also Gekka where she went to see the old couple where they told her that the Imperial Line Faction asked for their assistance to observe Nagi’s café.

Of course, Gekka wants to invite the old couple to the Capital Fair so they can see her sing. 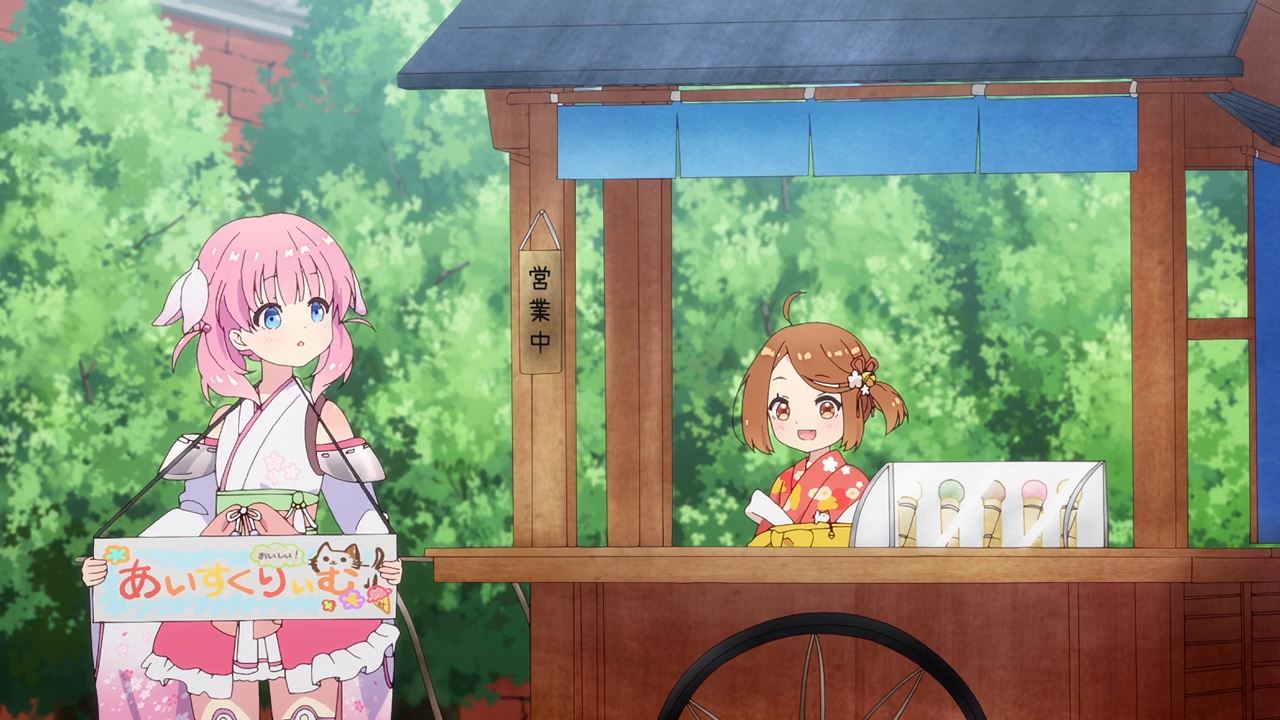 Meanwhile, there’s Haizakura where she was invited by Chiyo to work part-time as they sell ice cream, although Haizakura will use her singing talent to attract some customers. 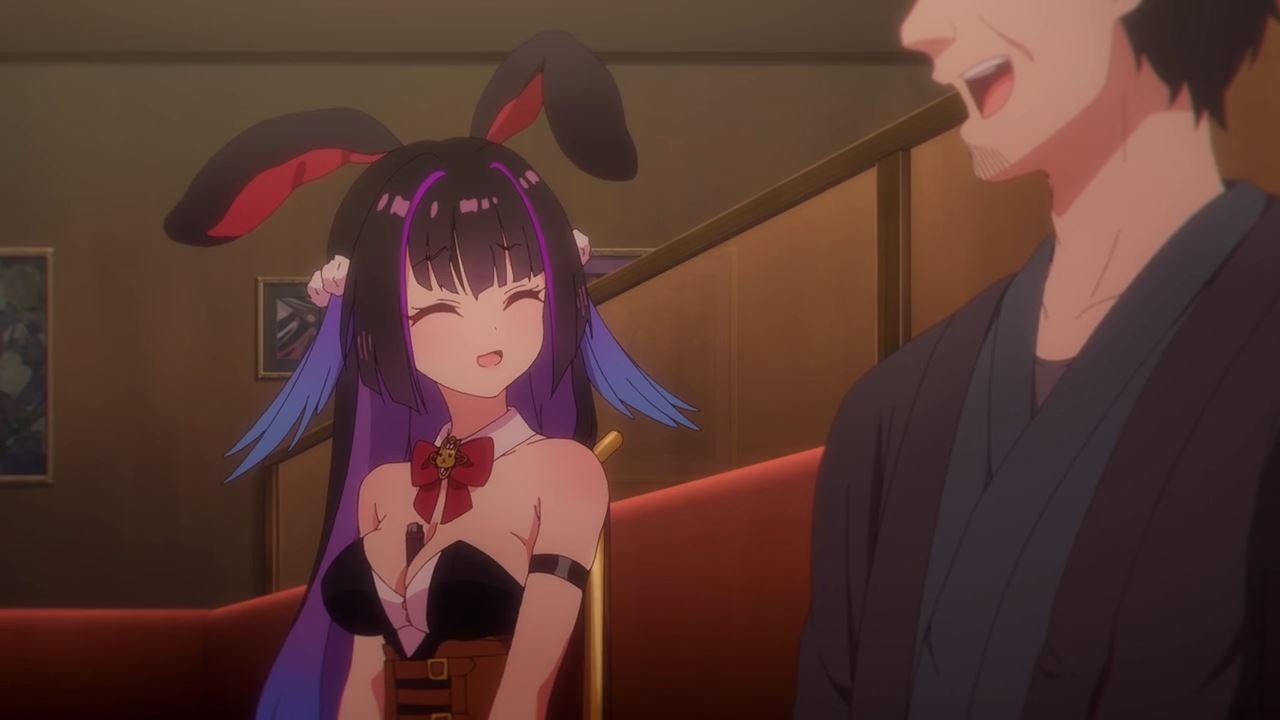 And lastly, there’s Karasuba where she went to Suzuran Lane to work as a hostess. I don’t know if she’s alluring enough but let’s hope that Karasuba can make it through this.

In any case, the automata from Kuroneko-tei are okay as they not only rebuild their lives, but they continue to improve their singing skills for the upcoming Capital Fair. 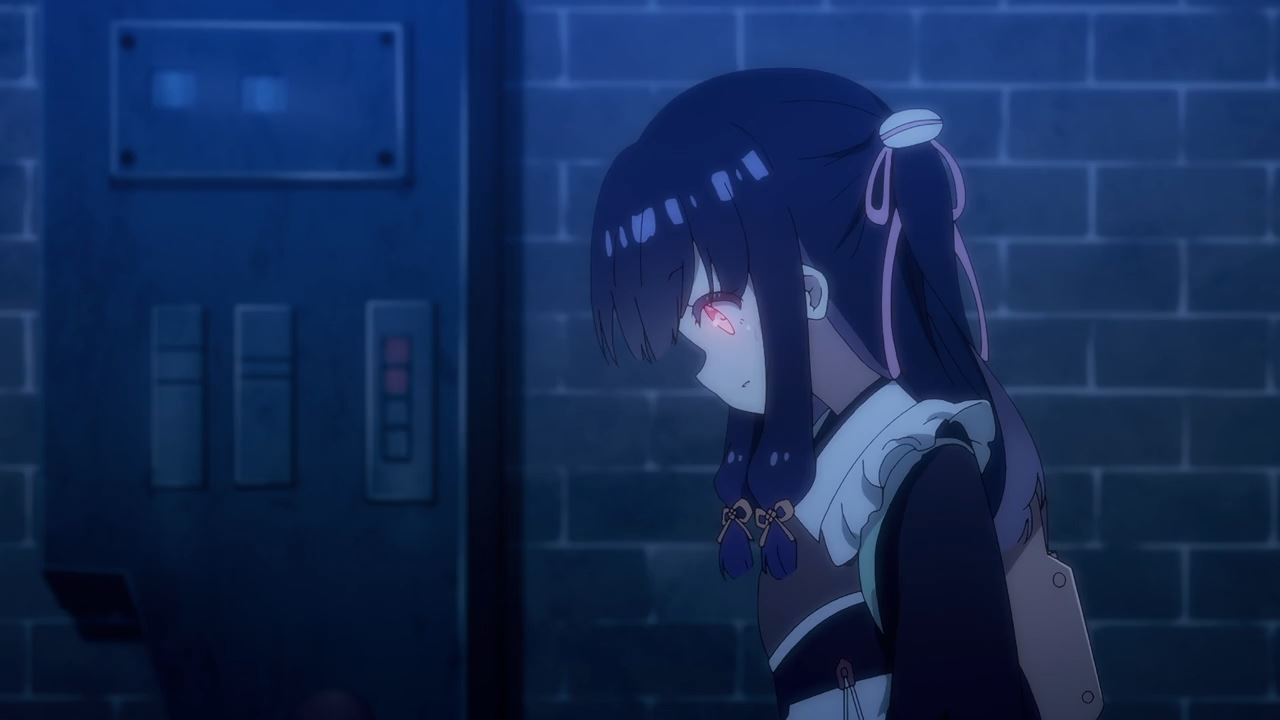 Moving onto Haikagura where she woke up from her slumber. Now, Haikagura is asking if the war is over. 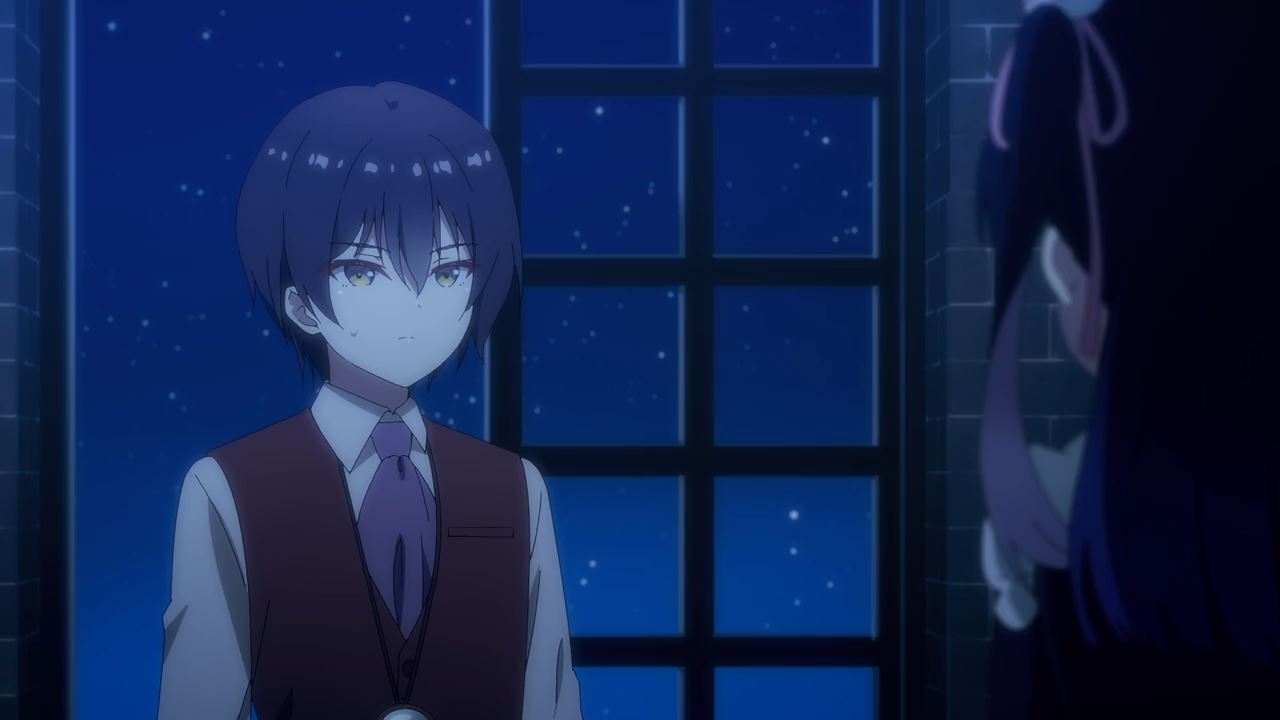 But here’s Nagi Touma where he soon learned that Haizakura is actually Kikka. Okay, it appears that the Ouka replica from Altaria is Kikka where she successfully transferred her logic system (or memories) into a new body.

Of course, I’m concerned about the original Ouka where even though the original body is lost during the war, there’s a theory that the logic system is transferred to a new one. 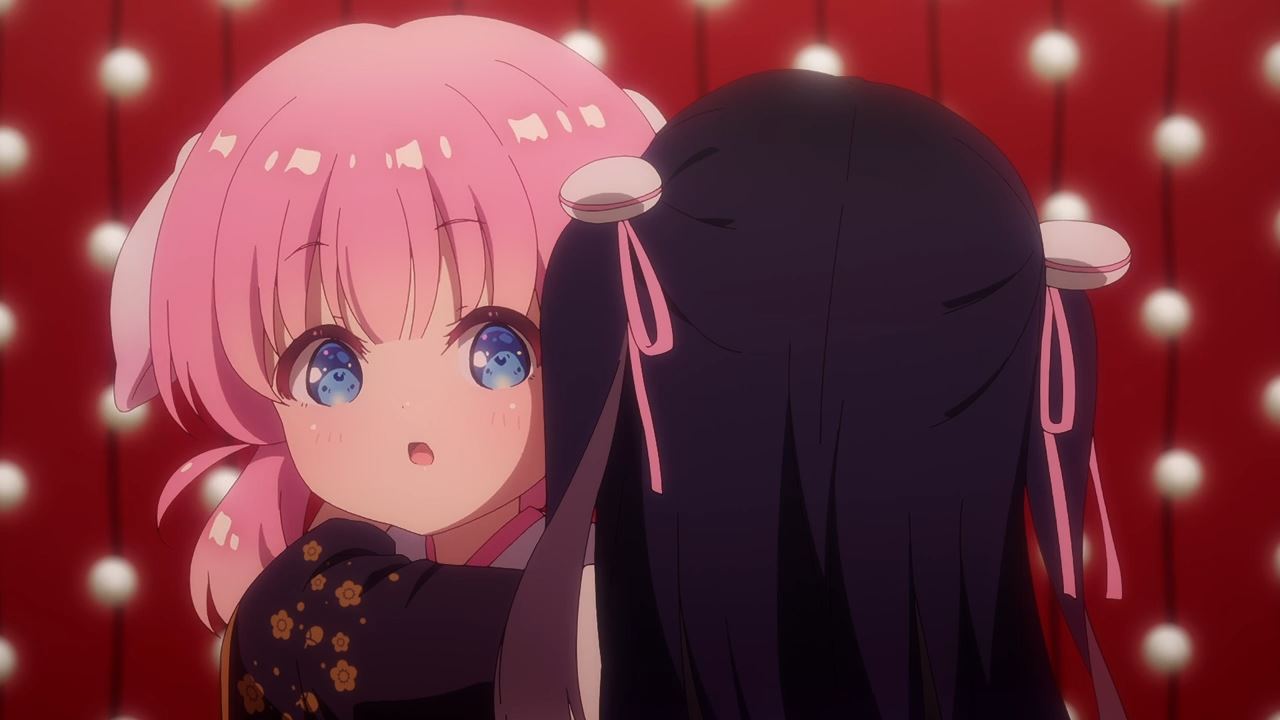 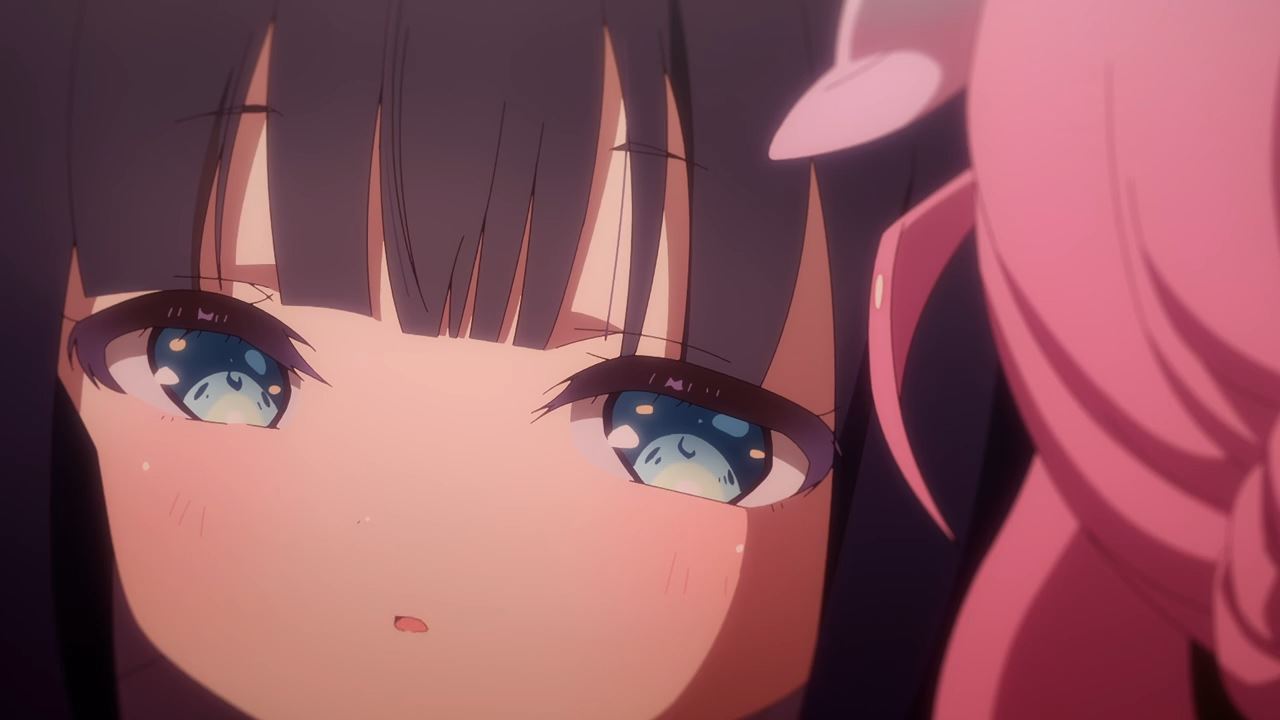 Perhaps I have a gut feeling that Haizakura might possess Ouka’s logic system as Haikagura calls her as big sister. After all, Haizakura accidentally activated the Ouka replica back in Altaria. 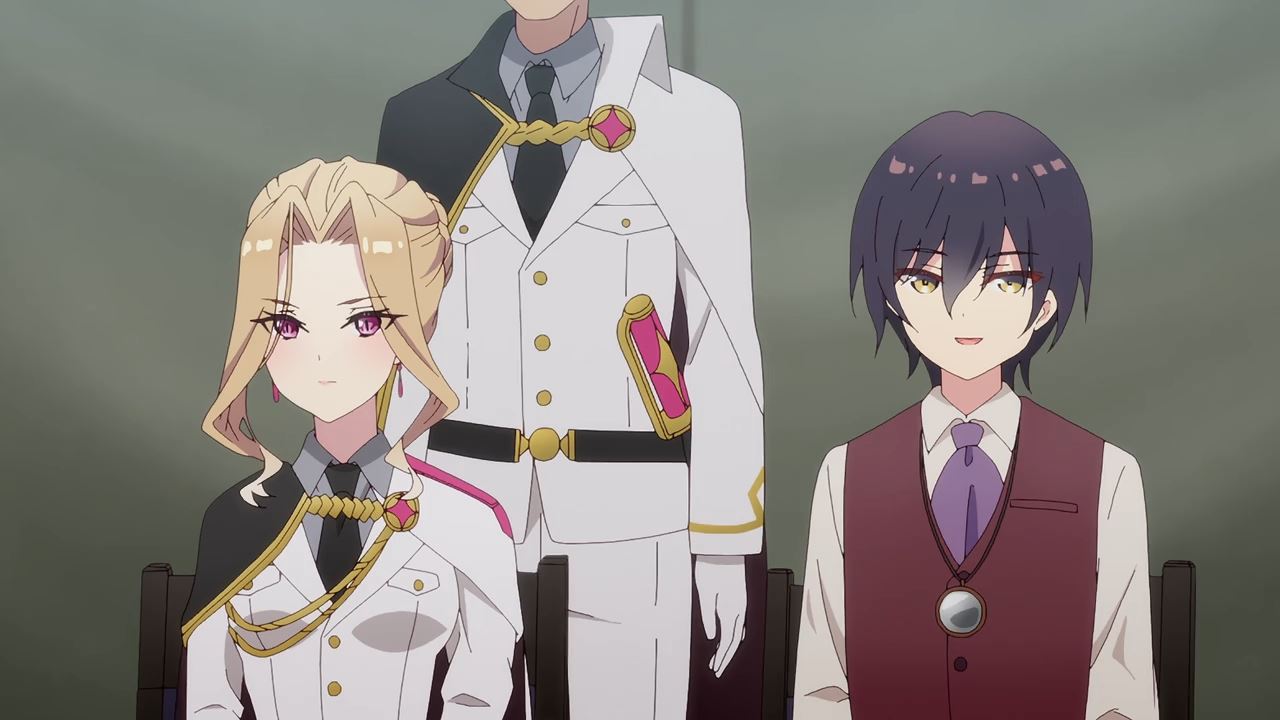 Now then, it’s time for the Capital Fair where everyone is here for the festivities. Of course, the city folks are looking forward for the Kuroneko-tei automata waitresses where they’ll perform at a large crowd. 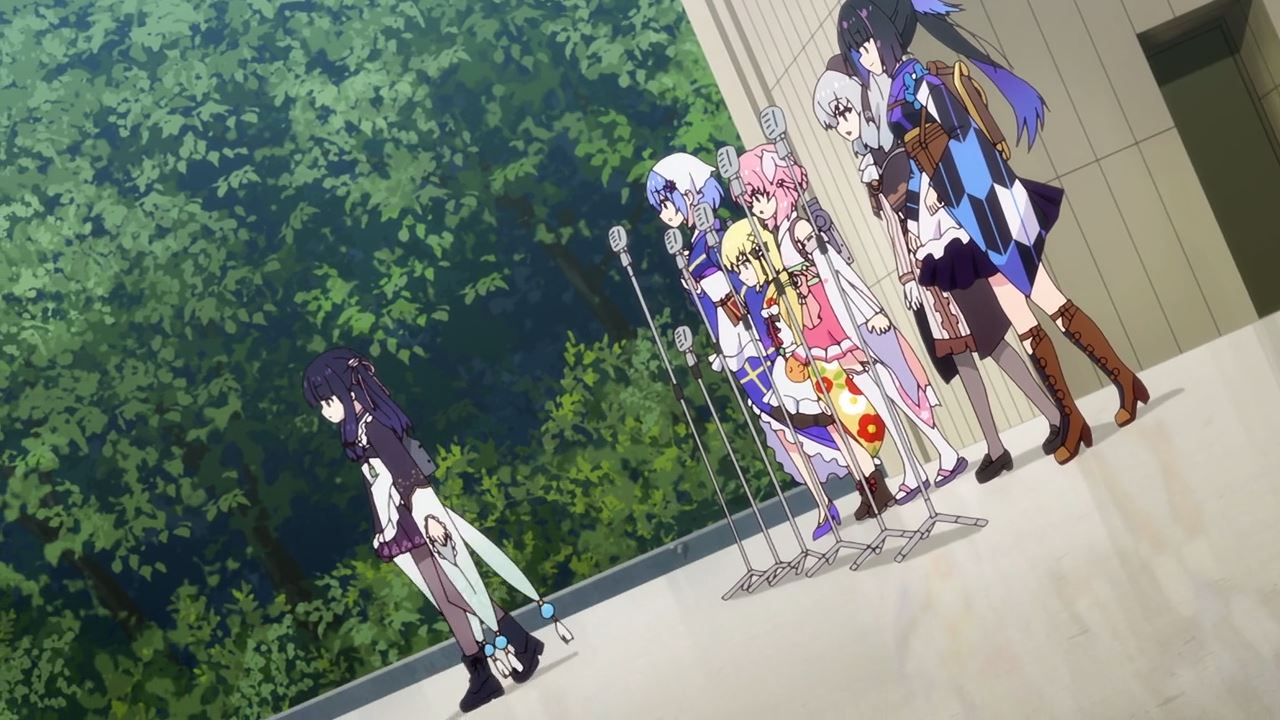 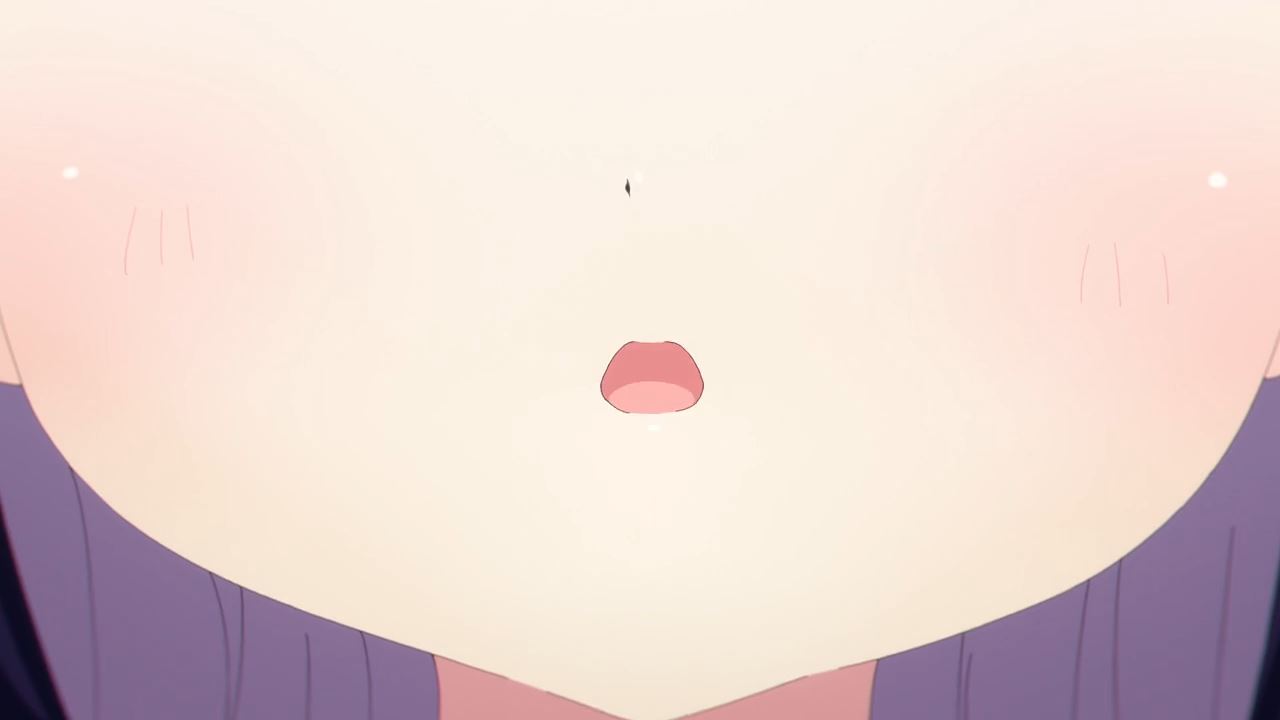 However, it looks like Haikagura’s odd behavior have returned as she’s trying to link all machines across the city. 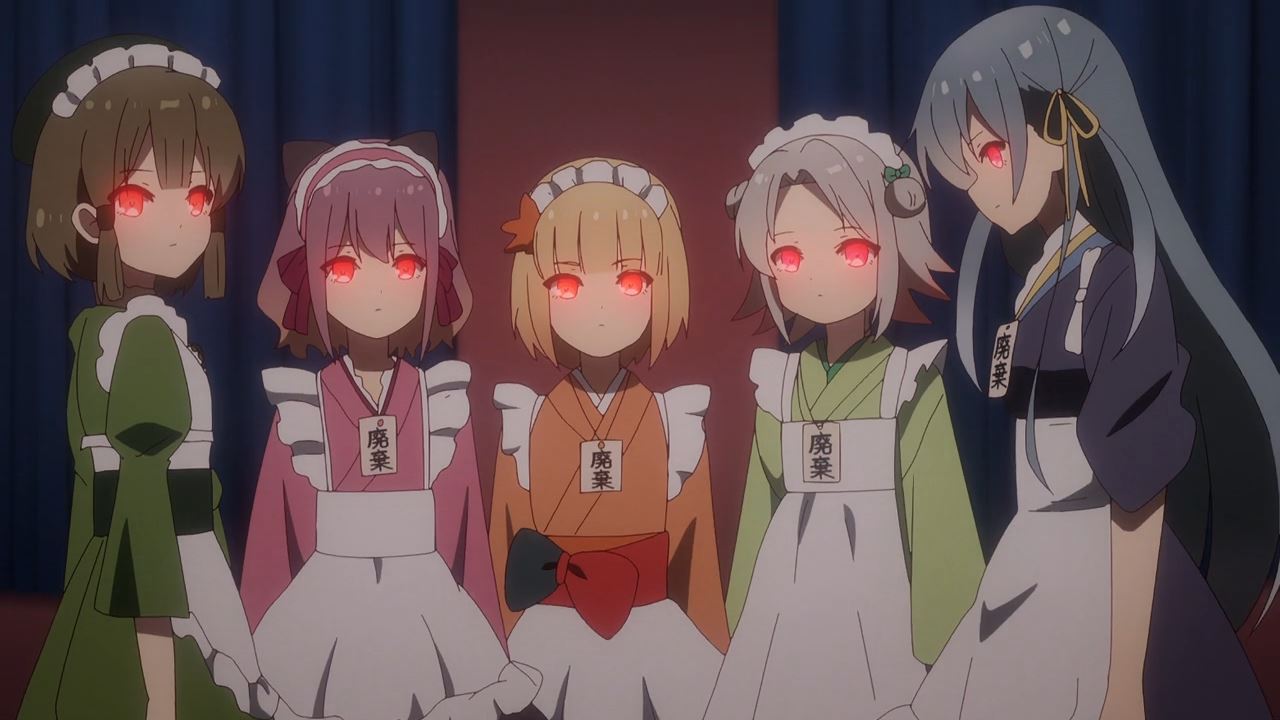 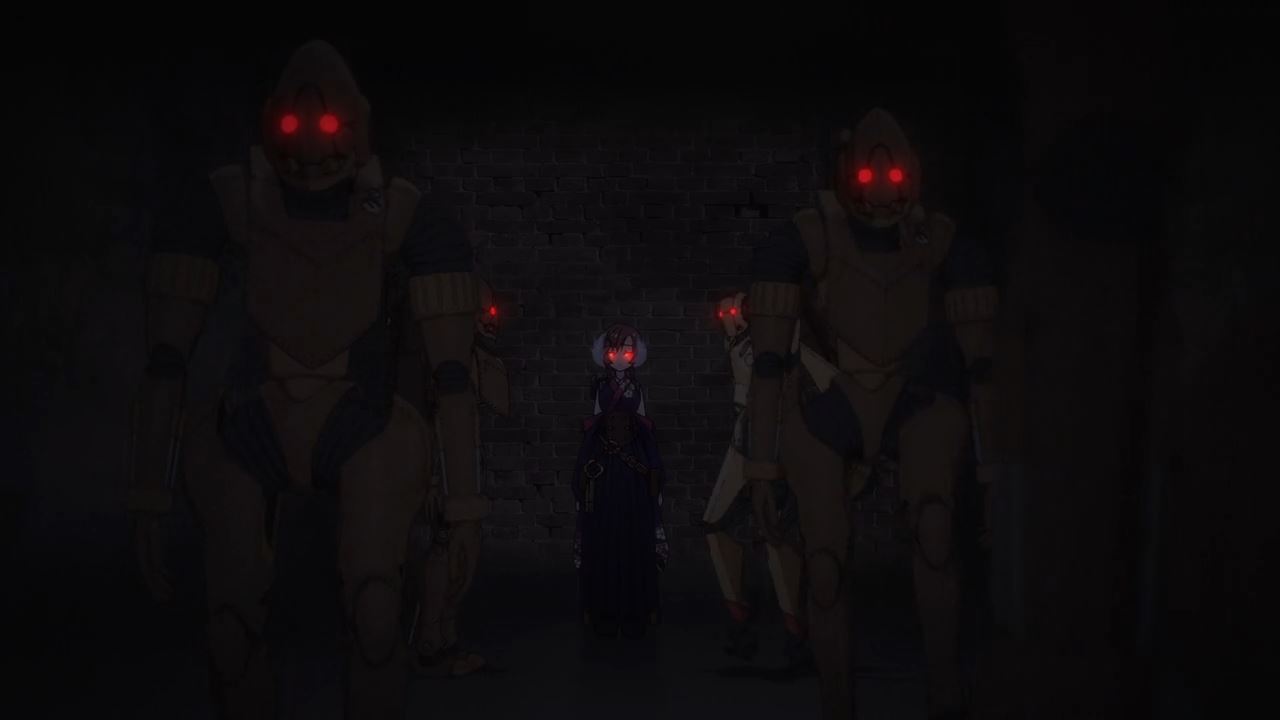 This includes decommissioned automata and mechanica where they’re being called for war, even though some of them are not built for combat. 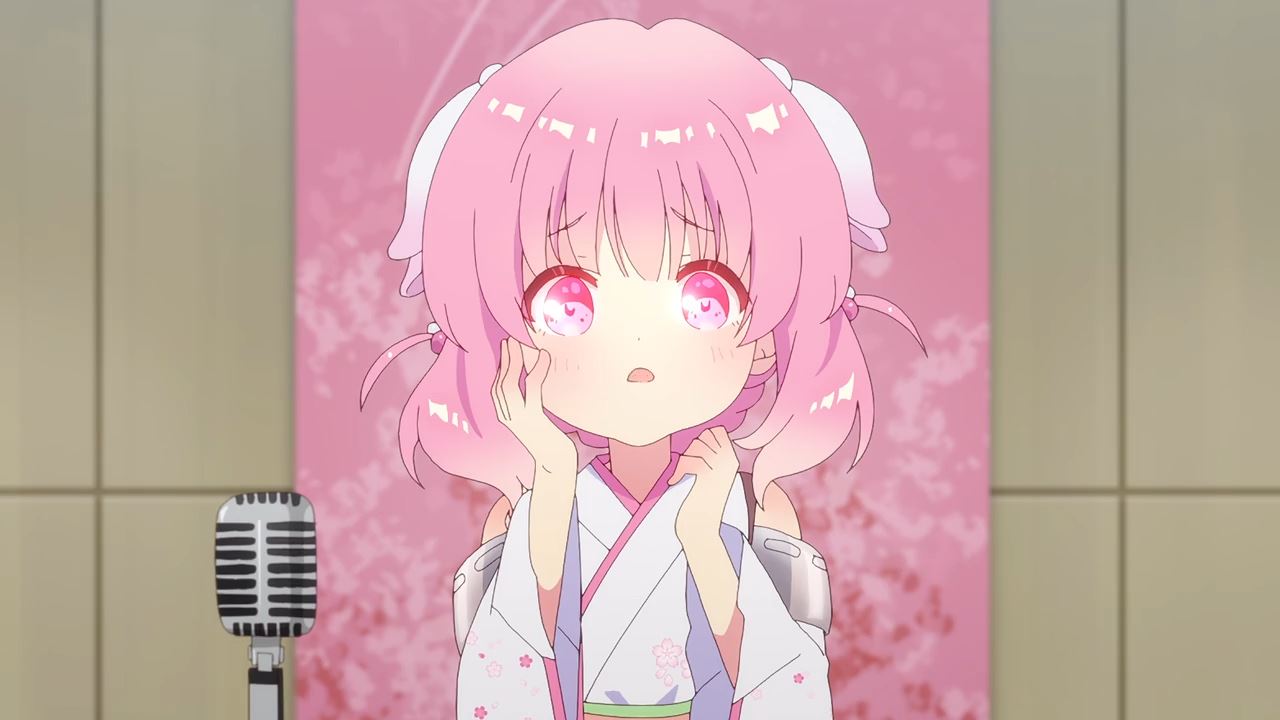 But things have turned for the worse when Haikagura forces Haizakura and the rest to link with her until they pass out. I have a feeling that the entire country will witness a robot apocalypse which is worse than restarting a war. 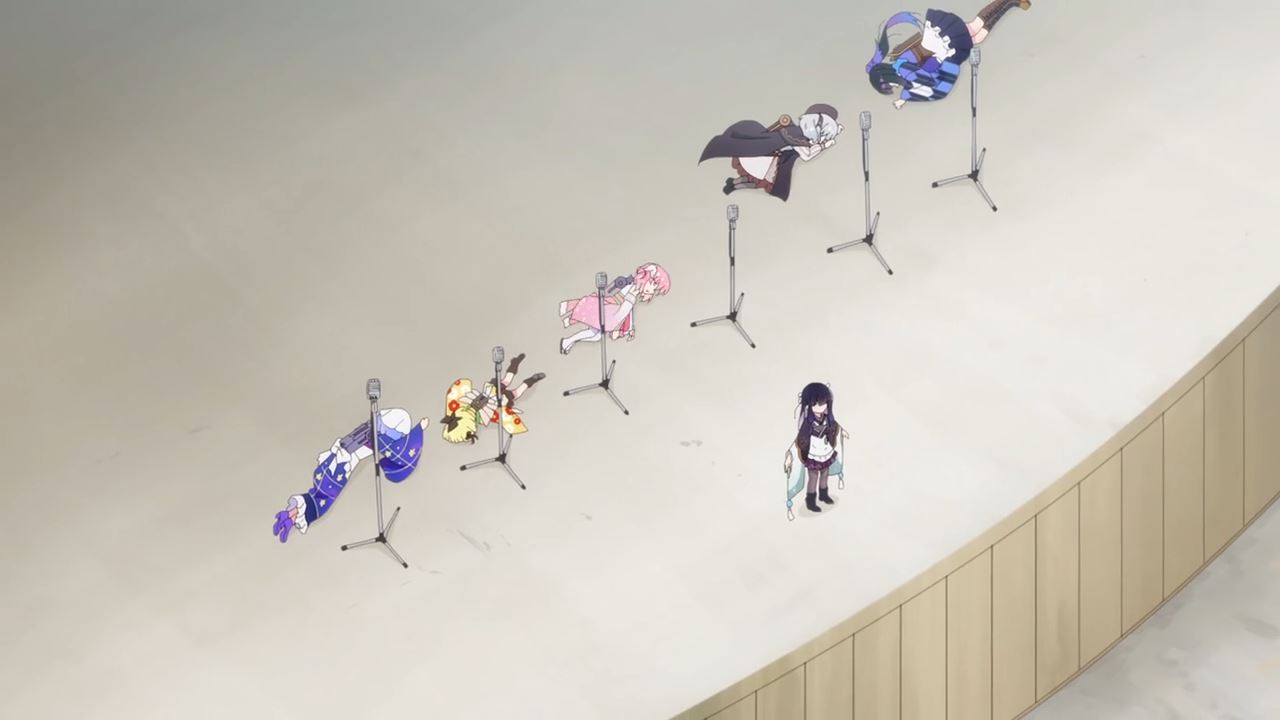 And that’s about it for this episode where there’s a glimmer of hope that things would return as normal, only to cast it away when Haikagura or Kikka decides to call every doll and order them to decimate everything in sight.

Now, I have a feeling that the next episode will be tragic where one significant character will be sacrificed to stop an Ouka-class automata from wiping out all of humanity.