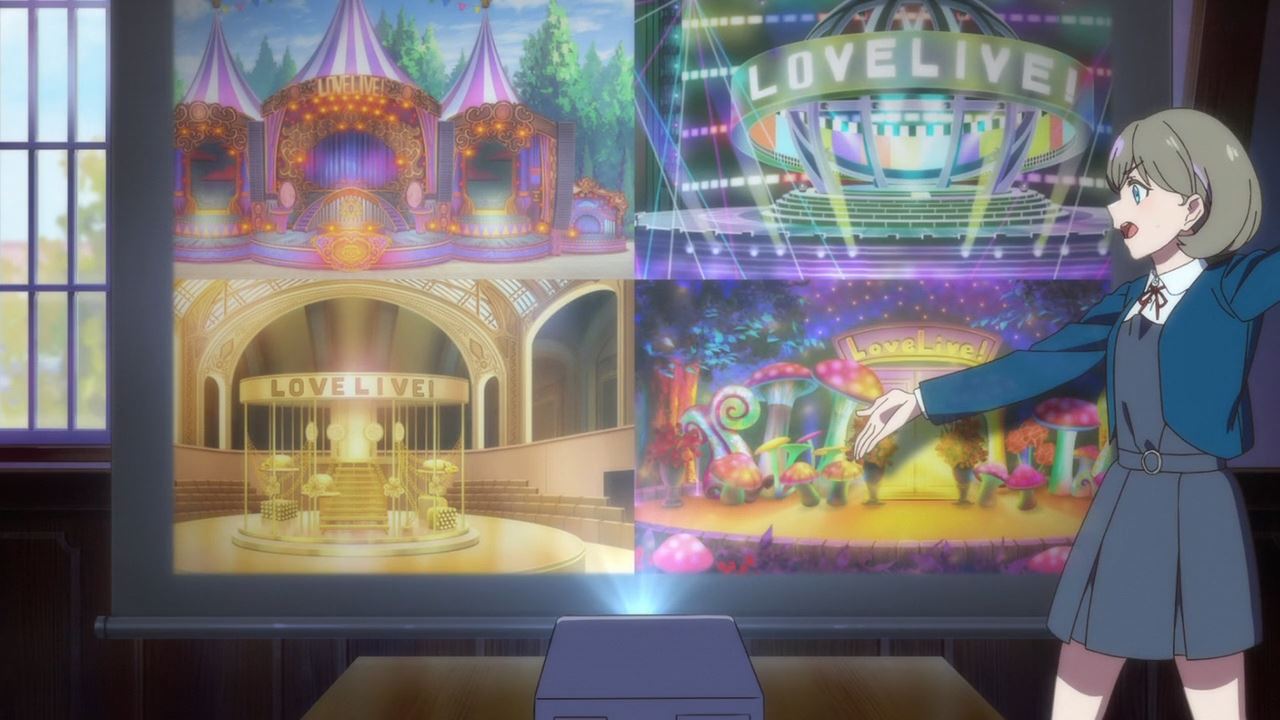 Let’s begin with Keke Tang where she discusses about the venue for Liella’s next live performance.

Since they’re trying to qualify in the main competition, Kanon Shibuya and the rest will have to find a different venue to perform. C’mon, they can’t use the same venue as Love Live! wants variety. 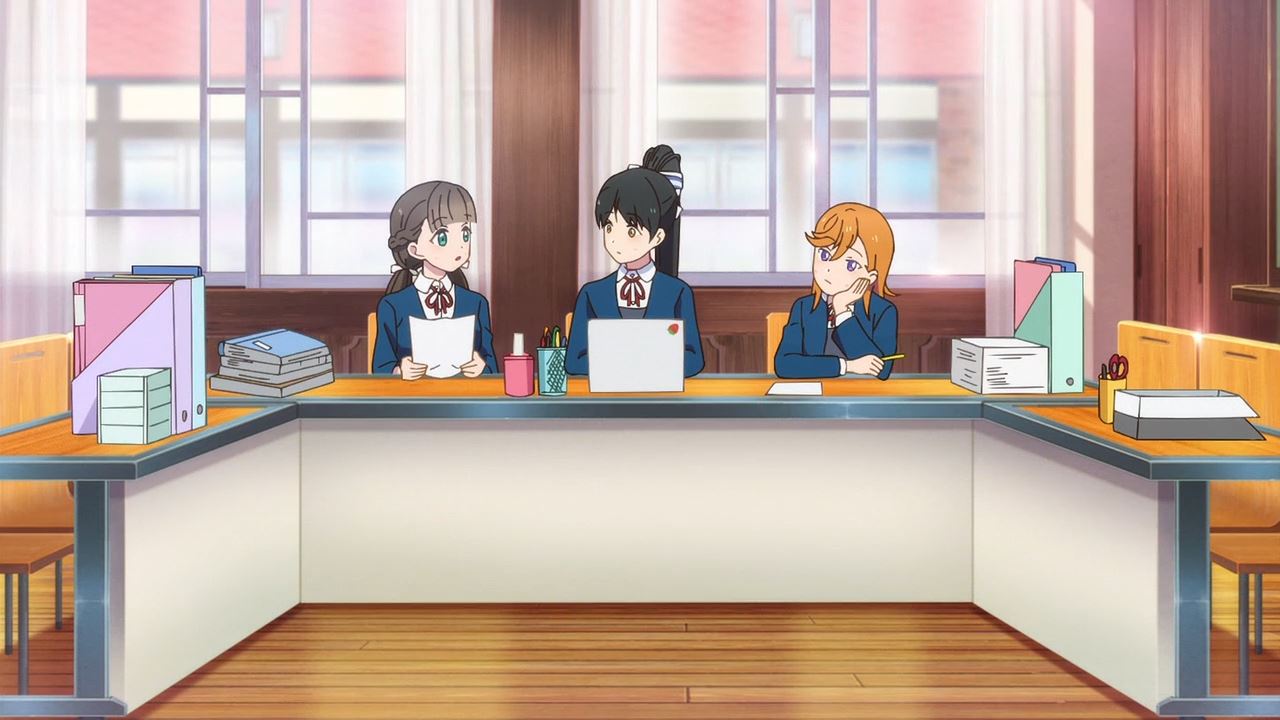 Meanwhile, it appears that Kanon Shibuya and Kinako Sakurakoji got invited by Ren Hazuki to join the student council as she needs some capable hands to handle Yuigaoka’s day-to-day operations.

Ever since Ren got addicted to gaming, she’s worried that she’s slacking off when it comes to student council work or school idol activities. 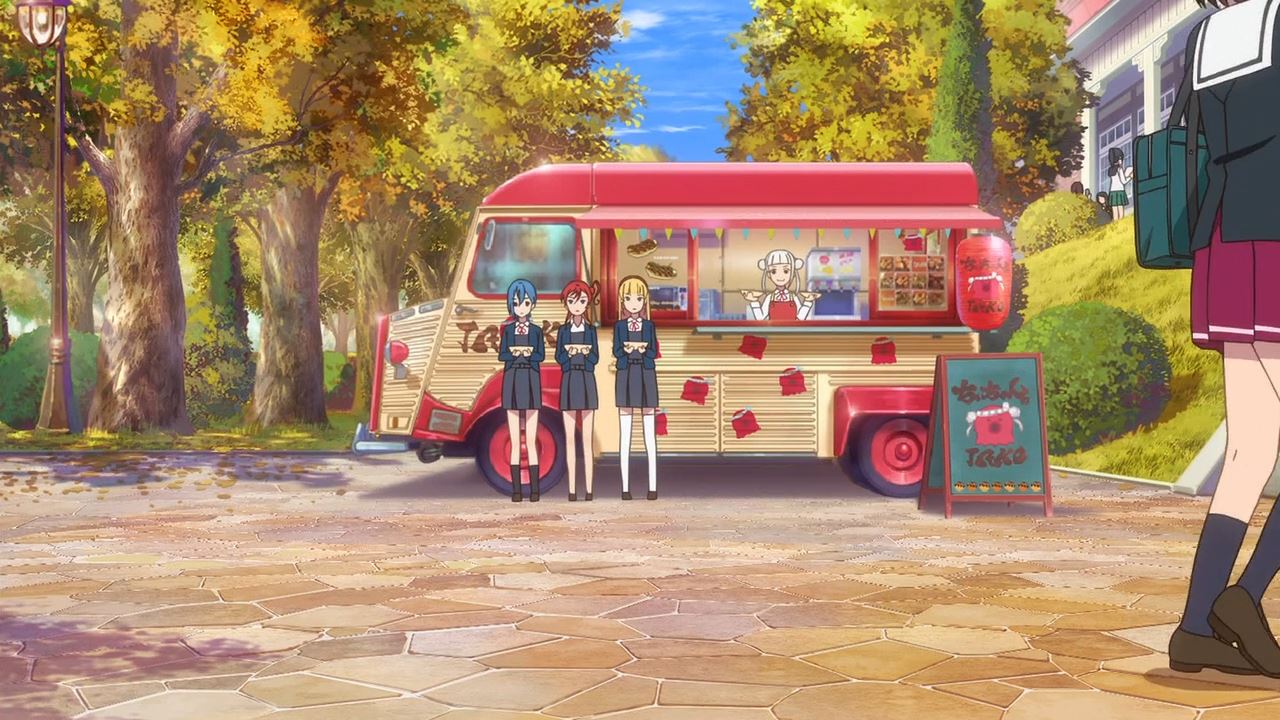 Now then, it’s time for the open campus session at Yuigaoka Girls’ Academy where various clubs are attracting new students to join their club upon enrolling to Yuigaoka.

Well, the exception will be the school idol club where despite saving the school from being closed again, not a single student will go to their stall and try out Chisato Arashi’s rainbow takoyaki. 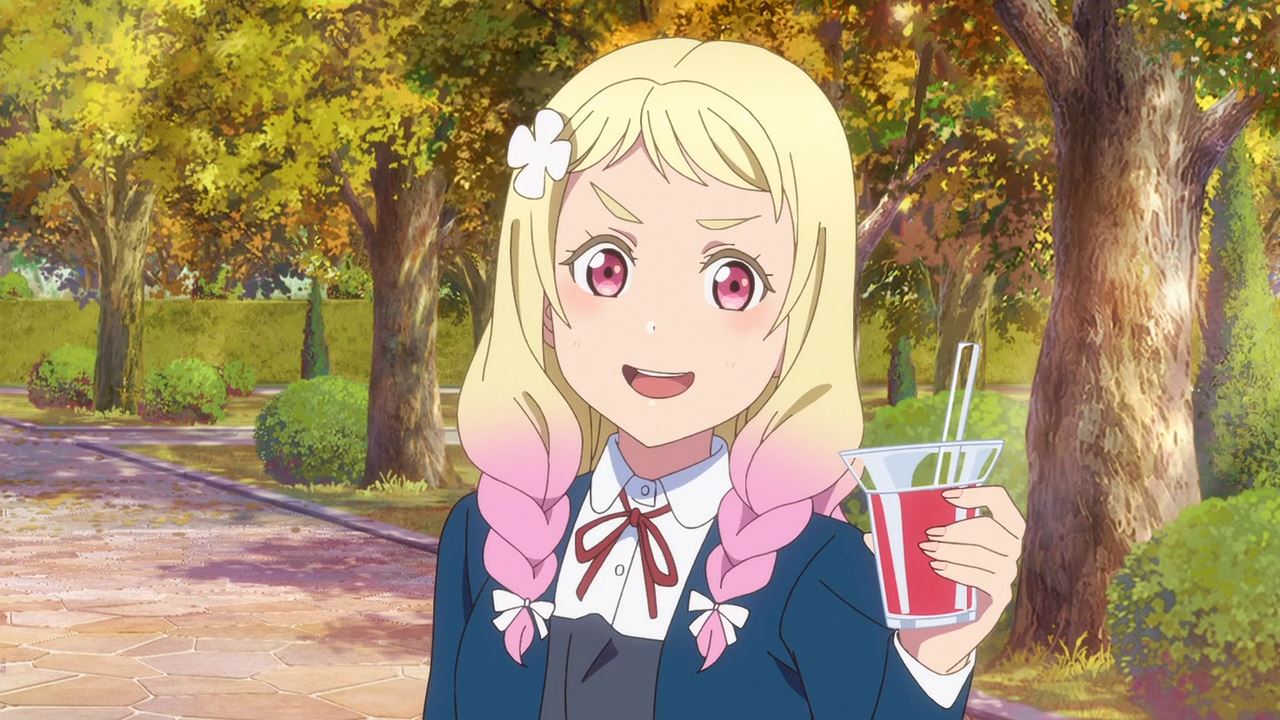 Fortunately, there’s Natsumi Onitsuka where the internet influencer came up with a plan to promote Chisato’s takoyaki. 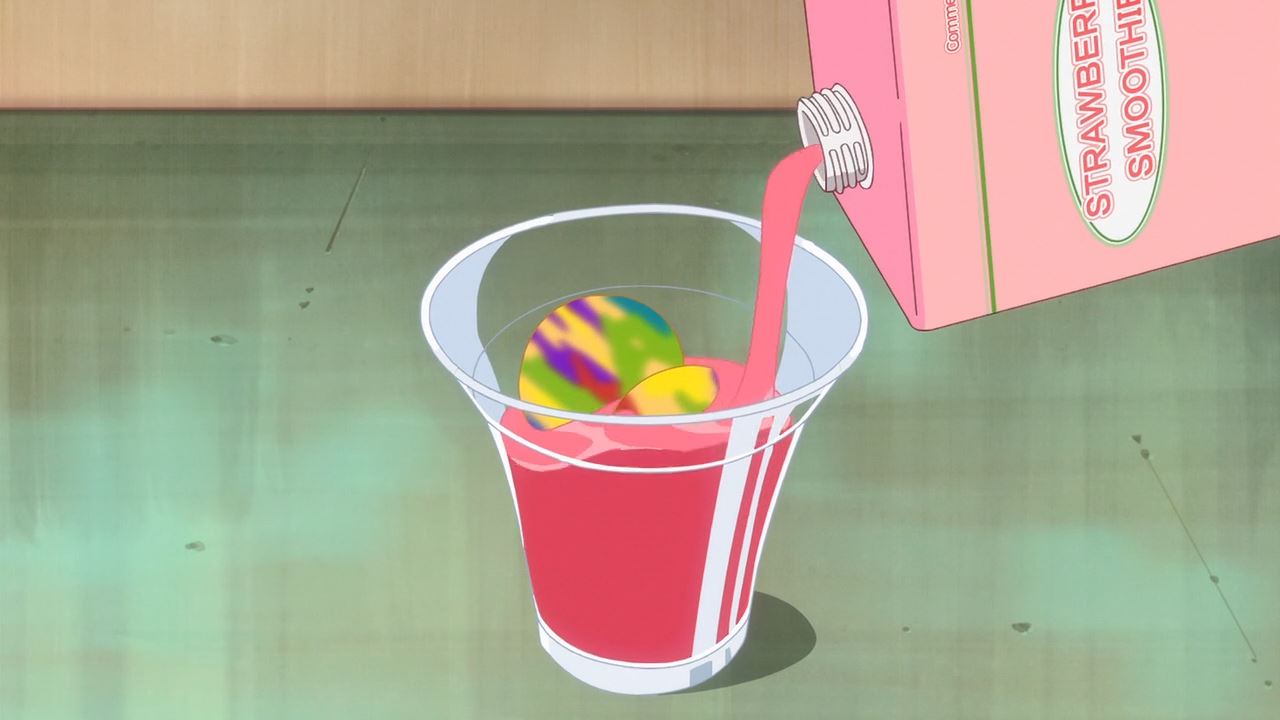 All she needs to do is to put all the takoyaki balls into a cup and pour some strawberry jui- Okay OniNatsu, that one is disgusting! 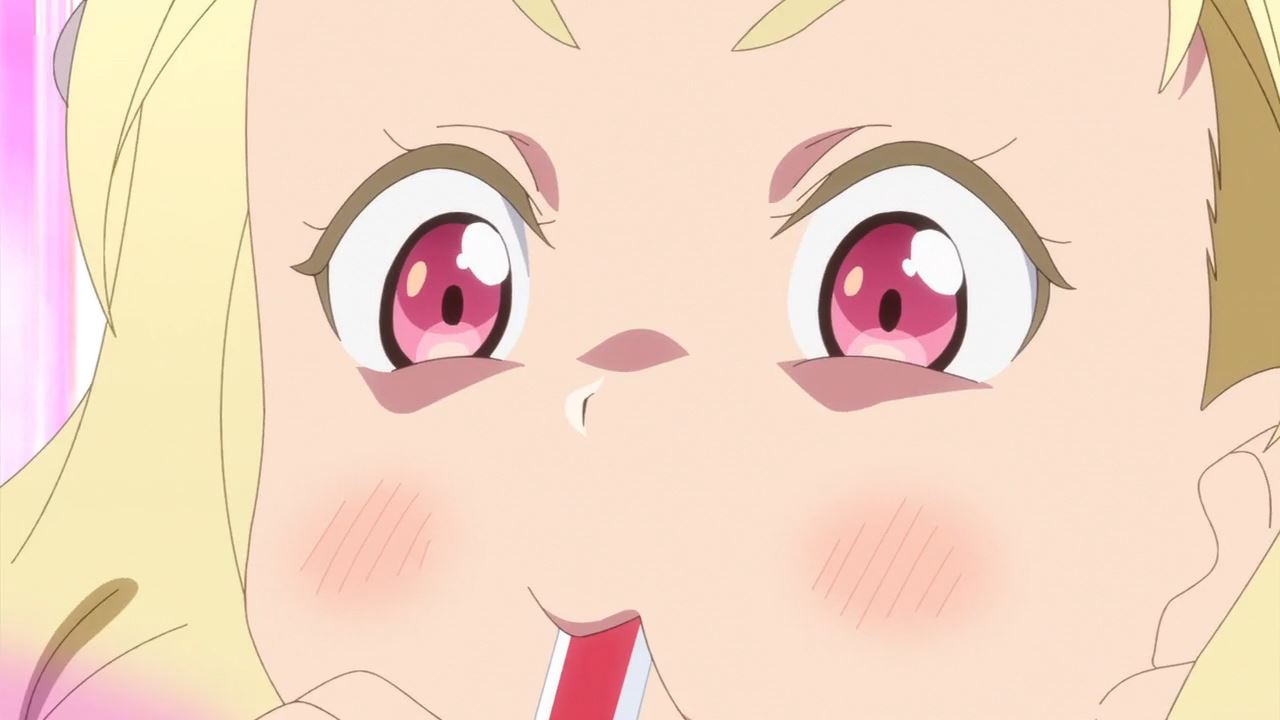 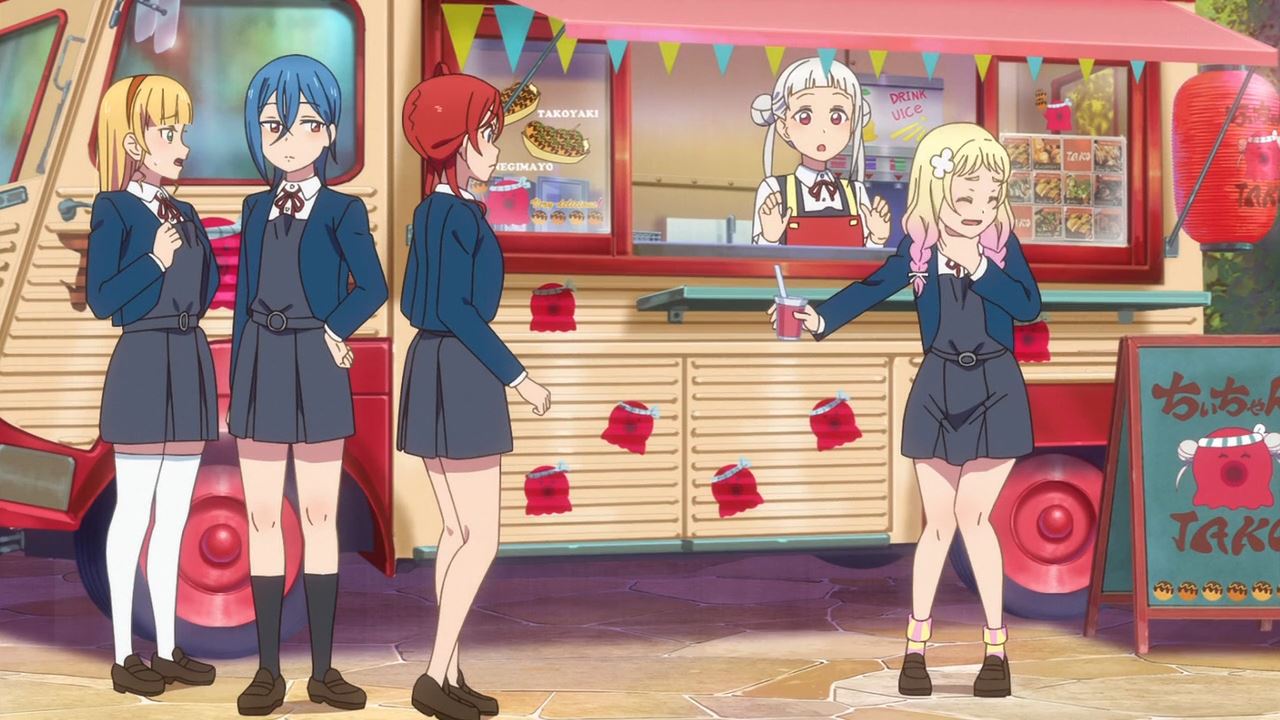 And speaking of OniNatsu, her plan backfired so badly that she almost choked to death.

Remember kids, don’t mix various things into a cup and drink it, or you’ll have a nasty stomachache. 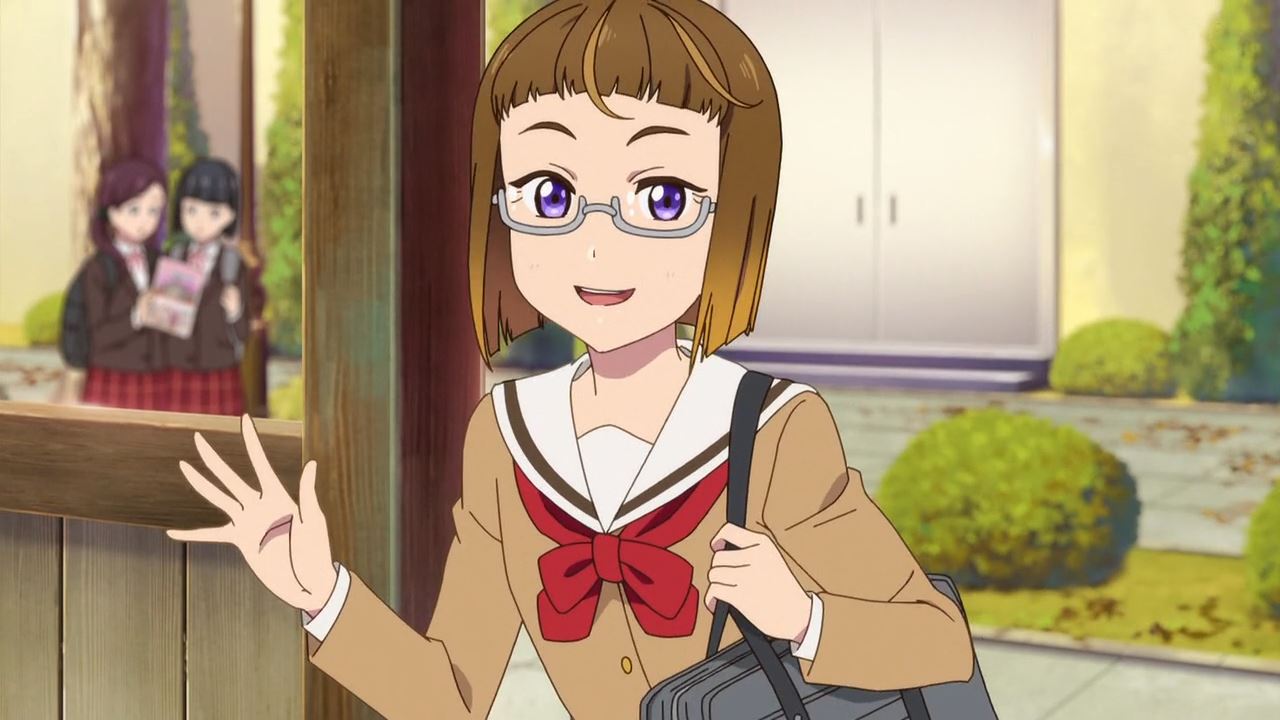 Meanwhile, here’s Aria Shibuya where Kanon’s sister is here to see the sights and sounds of Yuigaoka Girls’ Academy. I wonder if Aria is planning to enroll to Yuigaoka after graduating middle school? 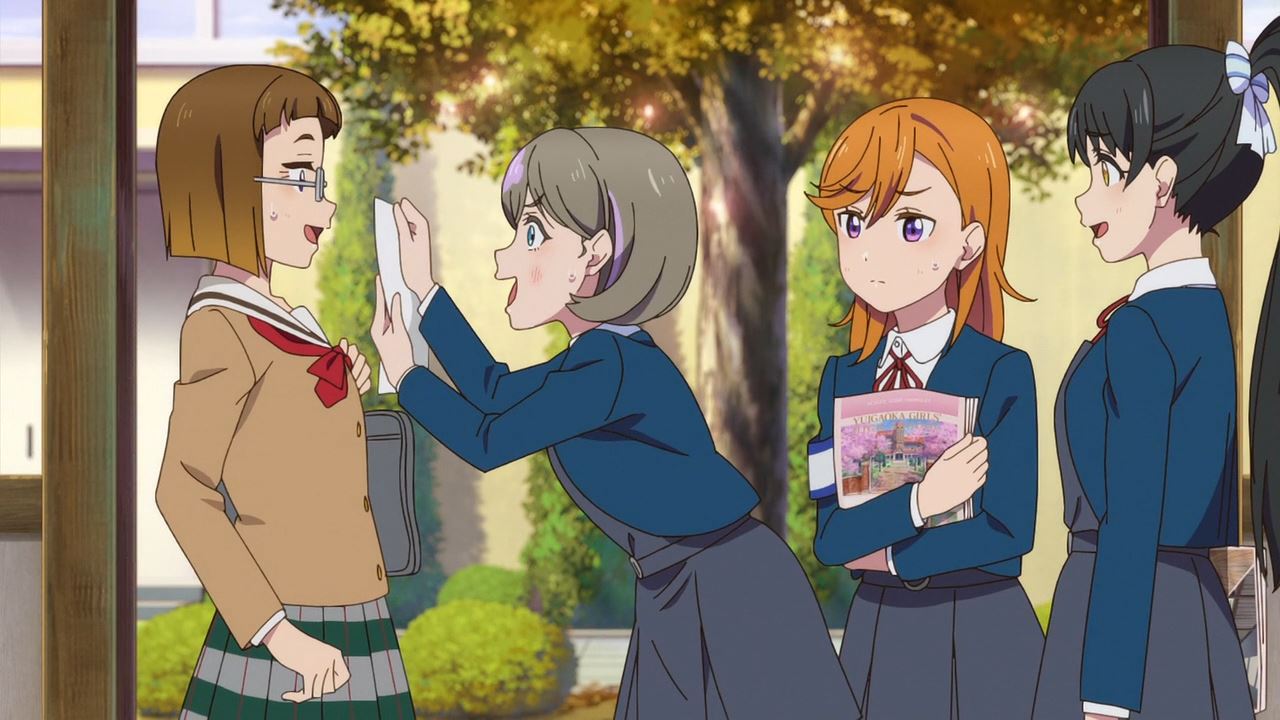 Of course, that doesn’t stop Keke Tang from recruiting Aria-chan to the school idol club, but she refused to do so ’cause she doesn’t have the motivation to become a school idol herself.

In fact, Aria Shibuya is the studious type who reads books all the time. So yeah, Keke won’t get a new member once she becomes a senior student. 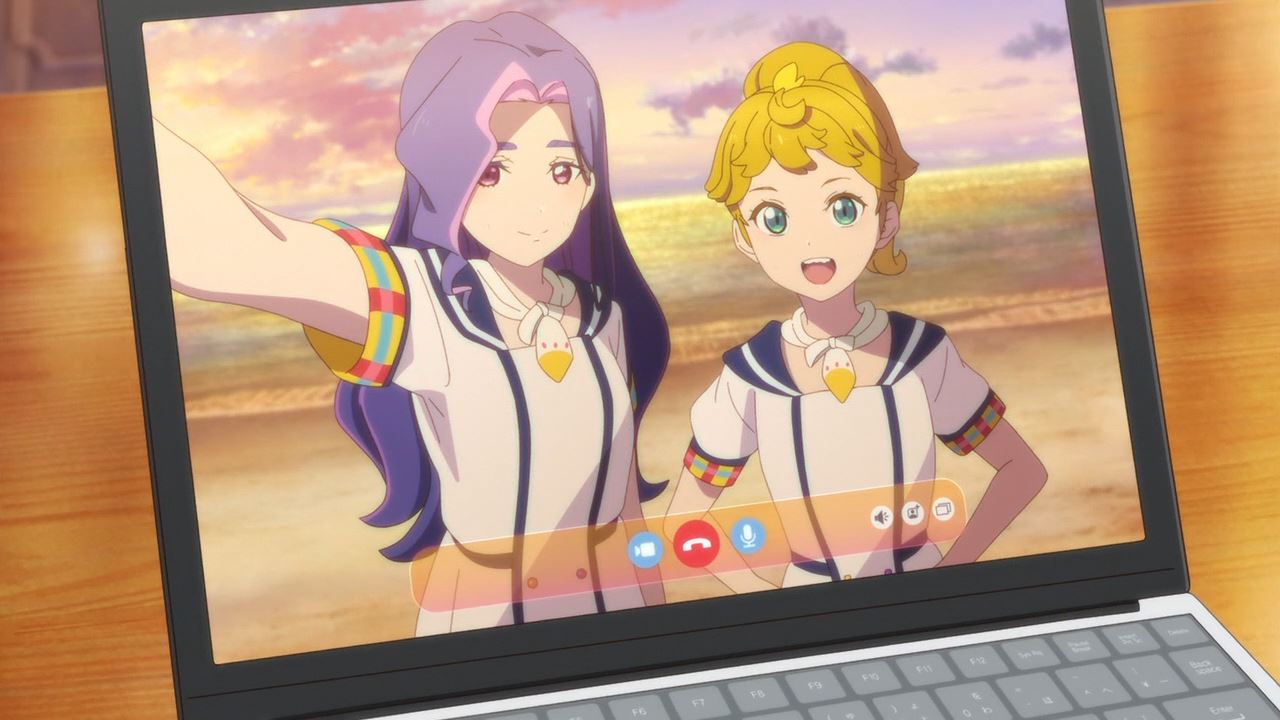 One last thing, here’s another Sunny Passion cameo where Yuuna Hijirisawa and Mao Hiiragi are preparing for their title defense. And this time, they want to show their new venue… 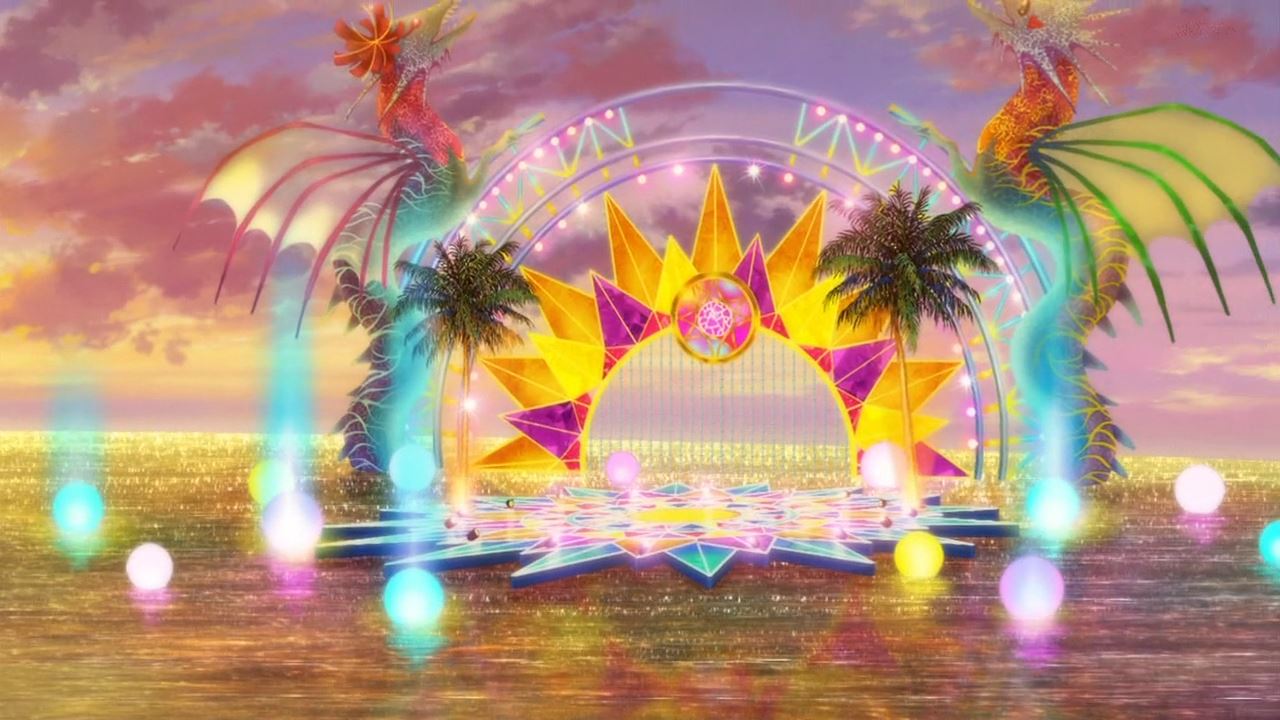 …which is a large sun-shaped floating island. I’m hoping that their venue is stable and has a boat nearby should Yuuna and Mao return to the mainland. 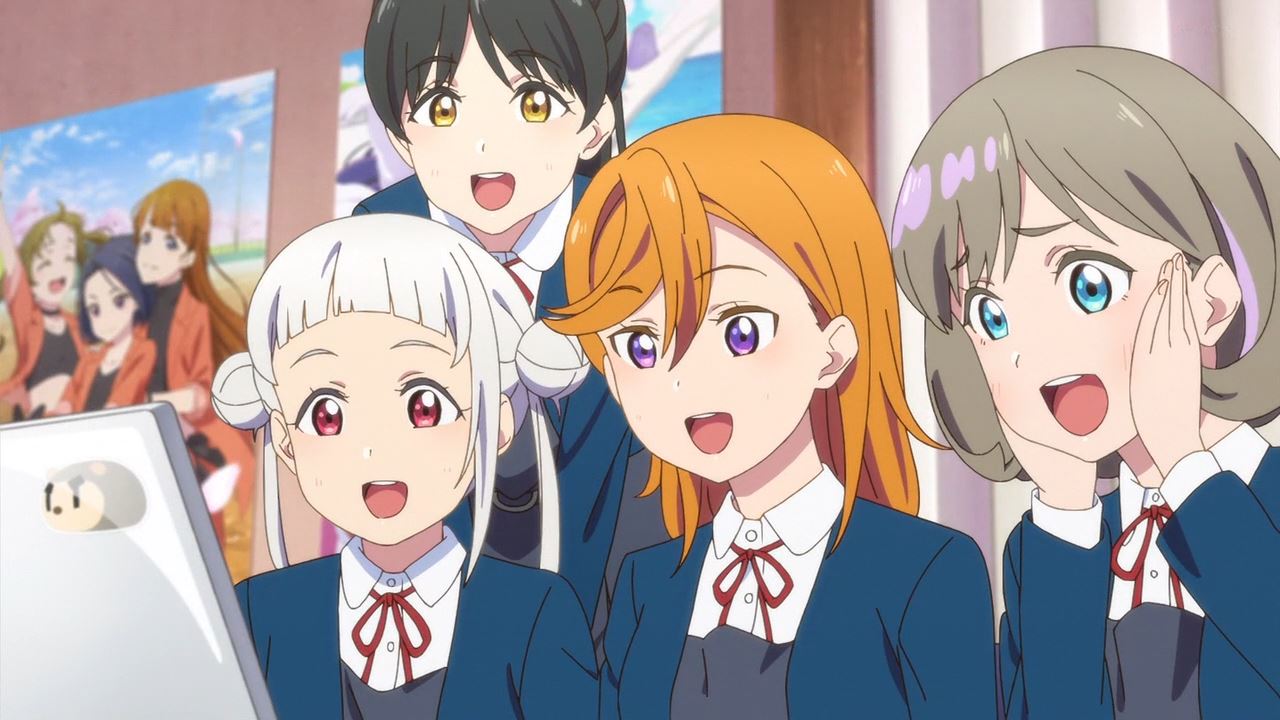 For Liella, they’re astonished that the Love Live! champions are stepping up the plate as they’re aiming to become back-to-back champions.

Of course, I wonder if Kanon Shibuya and the rest found a venue for the next idol performance? 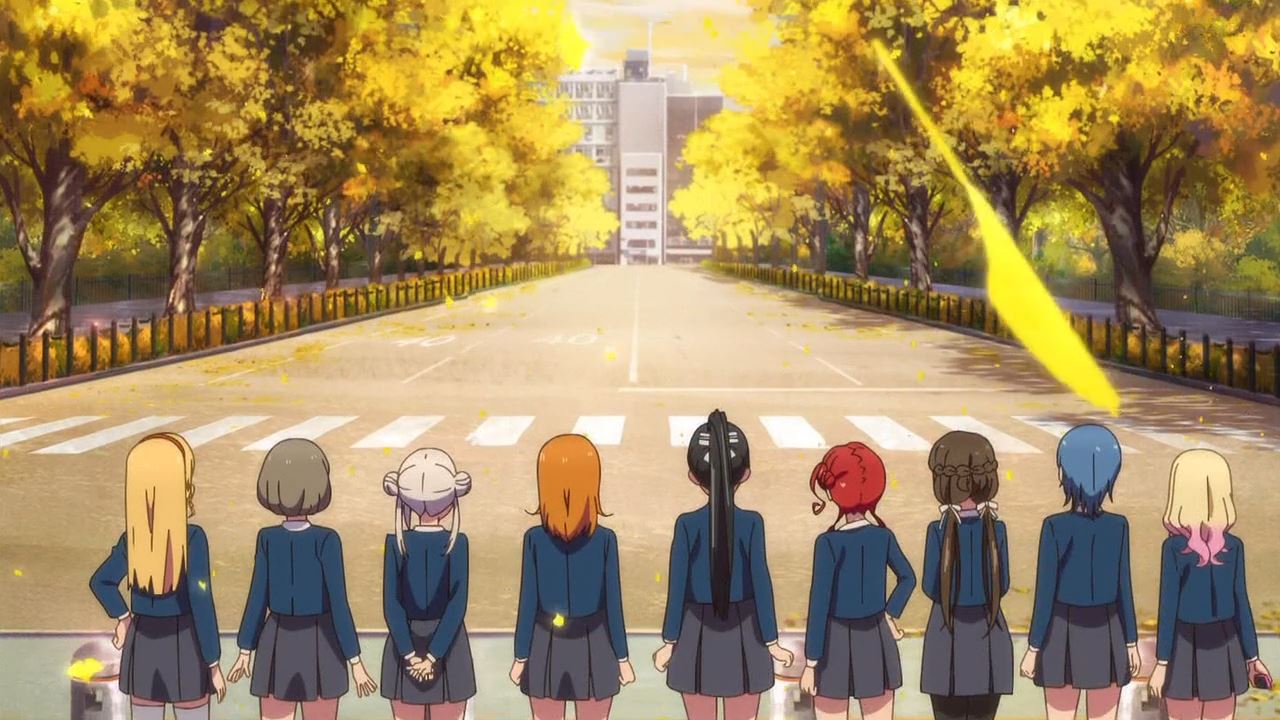 Oh, they’re gonna perform at this road in Tokyo. Let’s hope that it’s closed off as Kanon Shibuya and the rest are gonna pull all the stops on their performance! 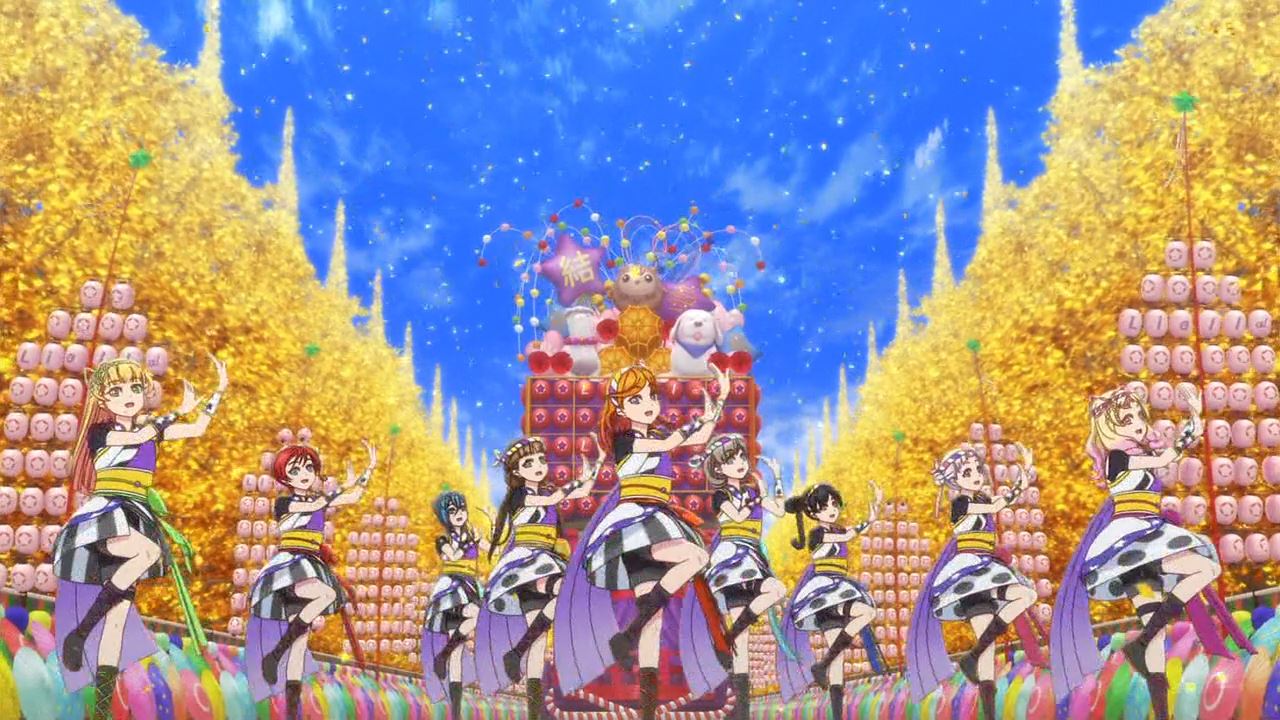 And Liella didn’t disappoint me as they’re in a festive mode today, performing “Chance Day, Chance Way!” at a closed-off road in Tokyo. 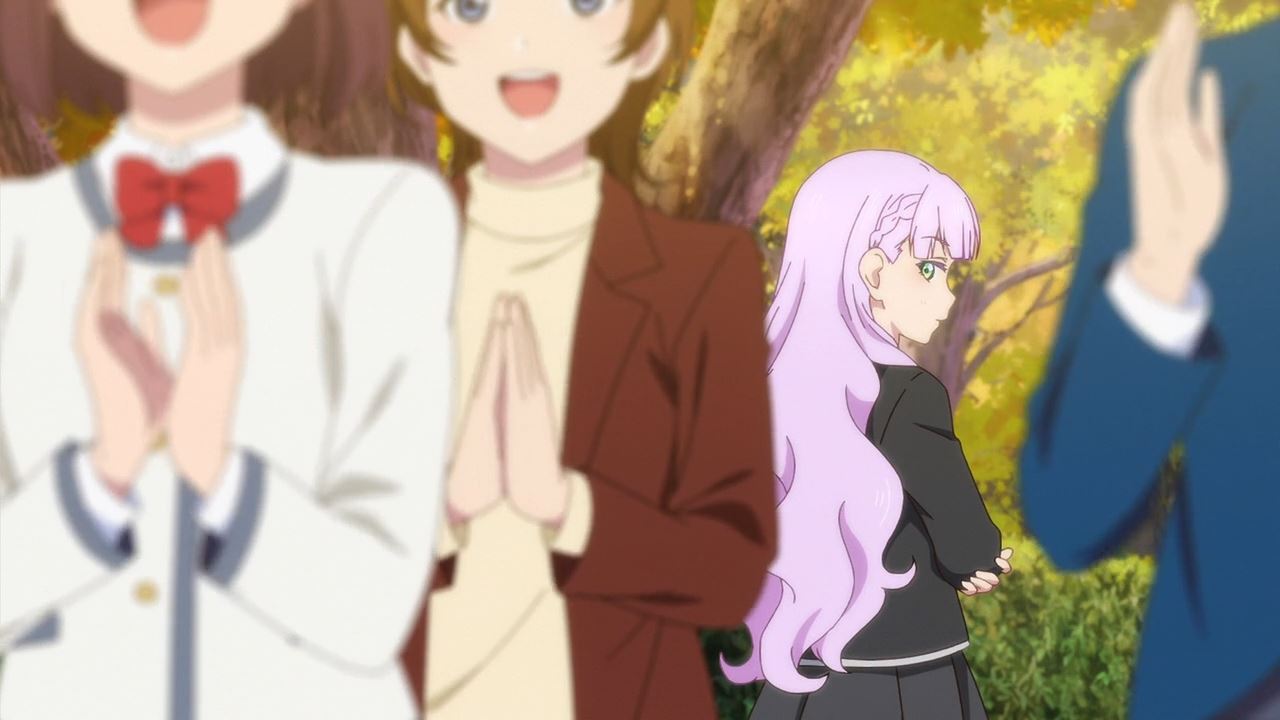 Oh yeah, there’s Wien Margarete where she saw Liella’s performance, but Wien is pretty confident that she’ll crush them along with Sunny Passion.

But seriously though, Wien Margarete is a mystery where her presence is nothing more than a wildcard in Love Live! Superstar!! 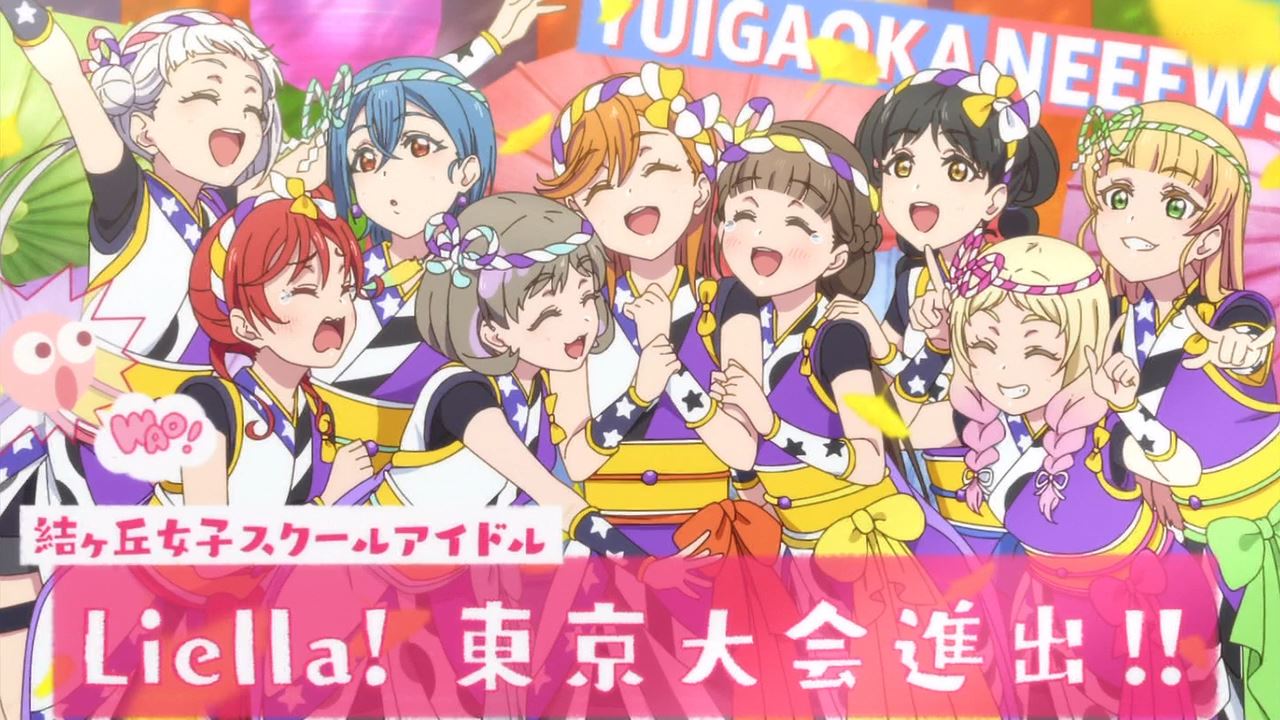 And that’s about it for this episode where Liella qualified to the next round. Of course, the road to reaching the main Love Live! competition is still long for Kanon Shibuya and the rest.

Anyways, I’ll see you next time where I’m hoping that Liella will continue their momentum until they reach the main tournament.