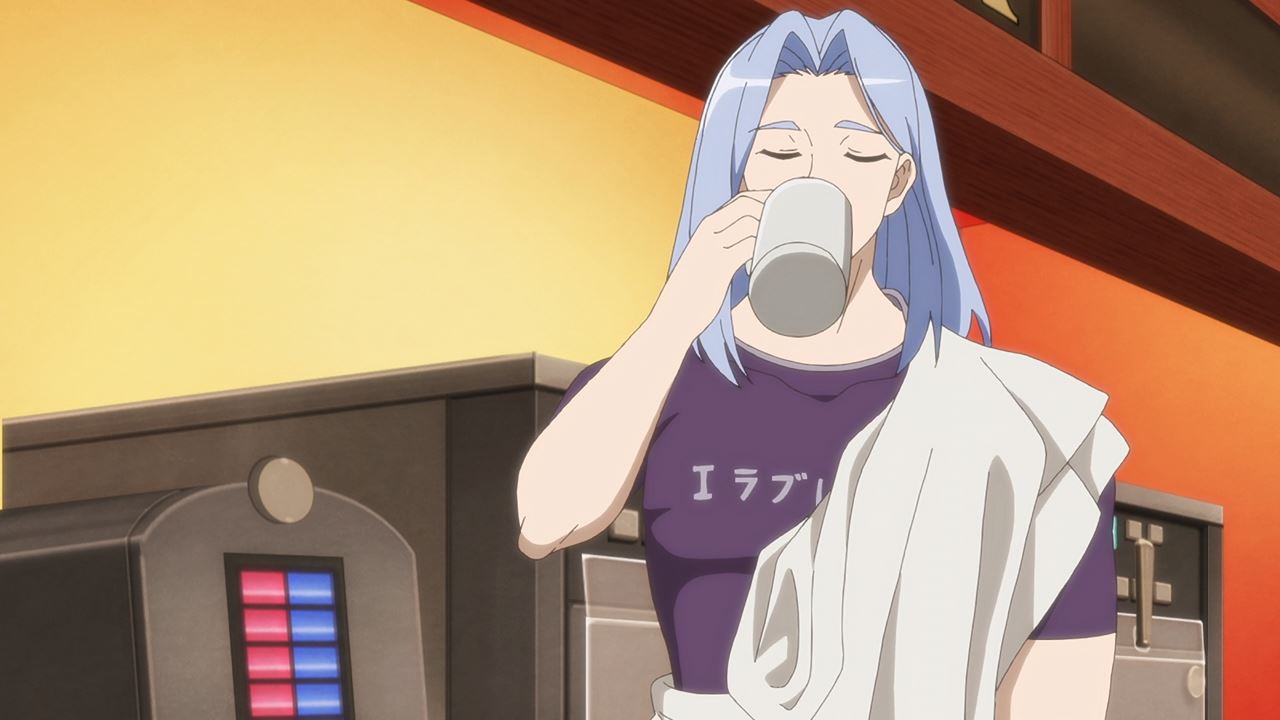 Let’s begin this episode with Gabriel where the archangel is living inside an internet café after failing to secure Alas Ramus, one of the Yesod shards that was supposedly scattered by Lailah.

On the other hand, I think Gabriel should find a part-time job in Japan ’cause he can’t live in Japan without some cash. 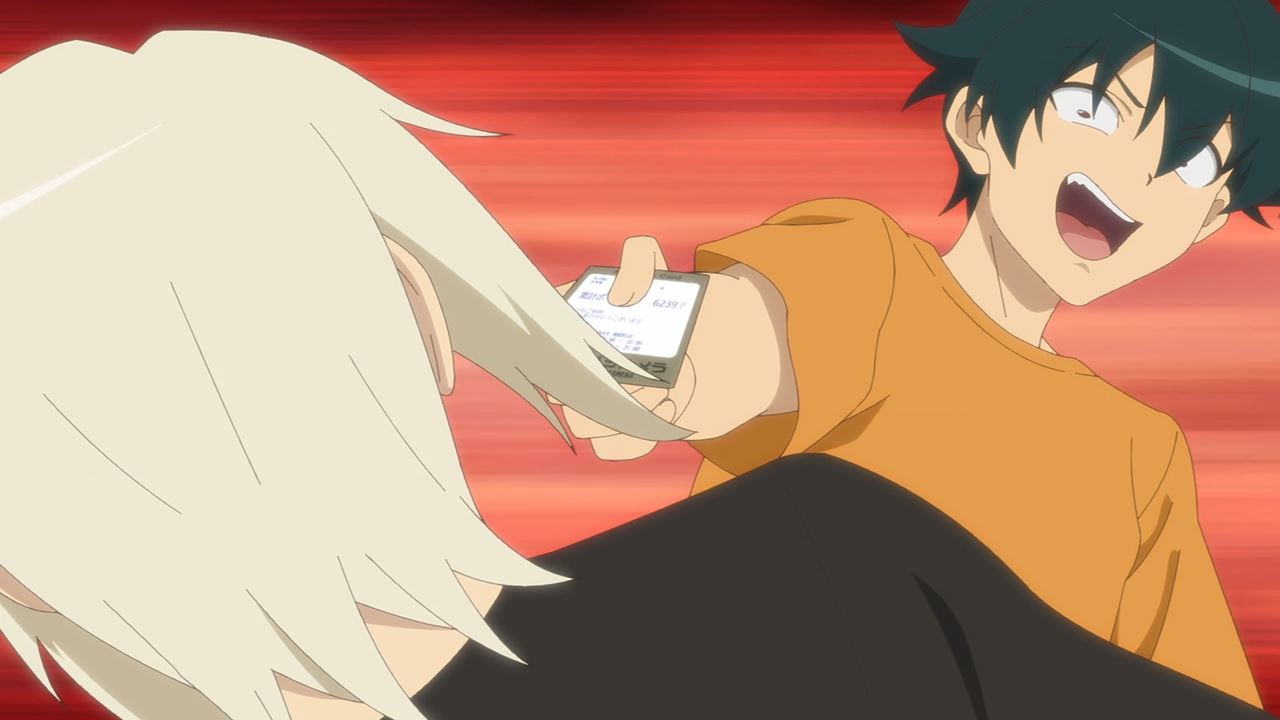 Meanwhile, here’s Sadao Maou where he decides to buy a TV set using his earned points from Yodogawabashi Camera. C’mon, he used his salary to buy a fridge and a washing machine. 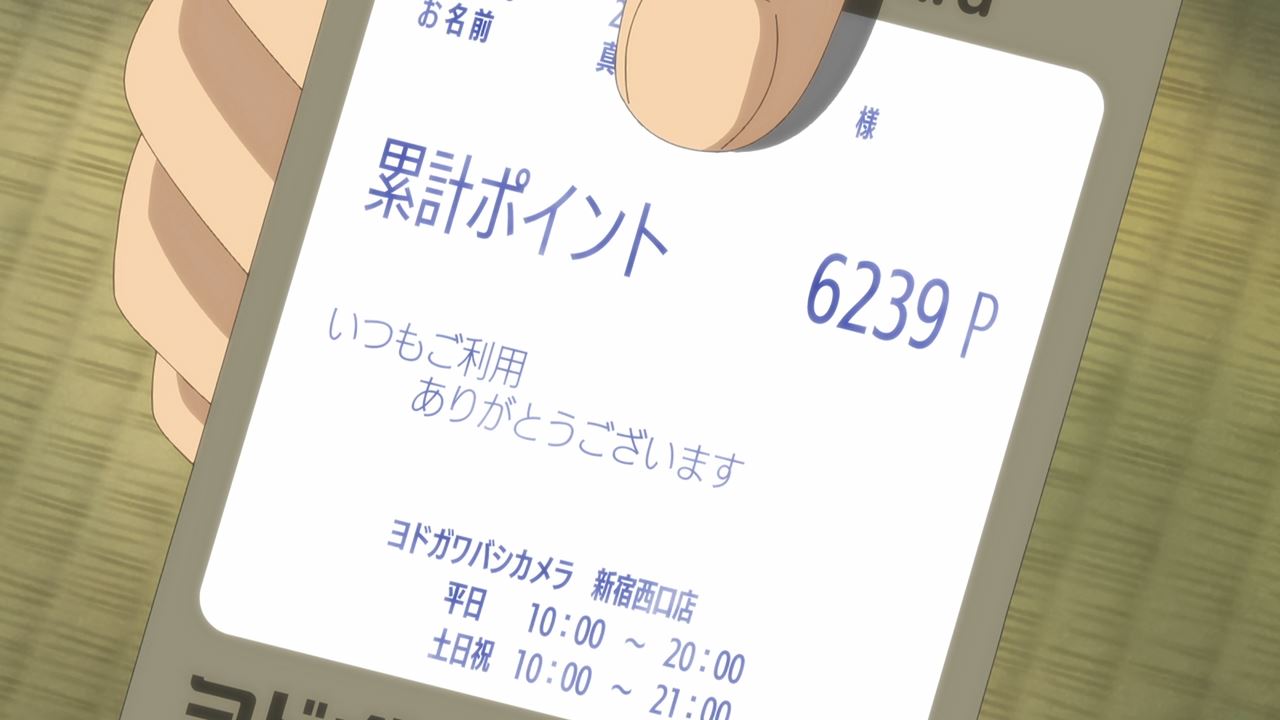 And look at those point, it’s freaking huge! Then again, I bet that it’ll be expired once Satan went to the store.

But why the demon lord wants to buy a television? Well, it’s because Maou-sama got bamboozled when a kid buys a happy meal and he doesn’t know what kind of toy he’ll give to the customer. 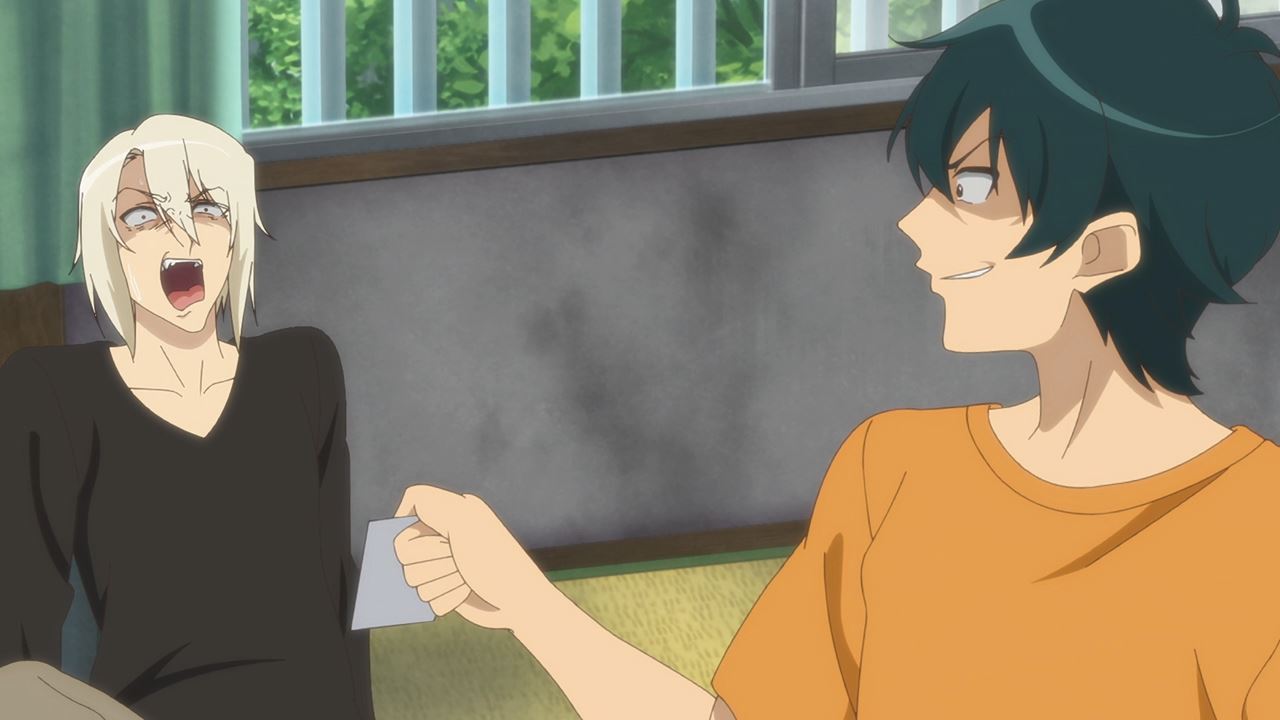 For Shiro Ashiya, he’s shocked that Maou-sama got enough points to buy a TV set, although he’s worried about the reception fee ’cause watching television isn’t cheap.

One more thing, is MgRonald’s store renovation is finished? I mean, Sadao Maou should be working right now. Anyways, let’s hope that the demon lord will get his TV set. 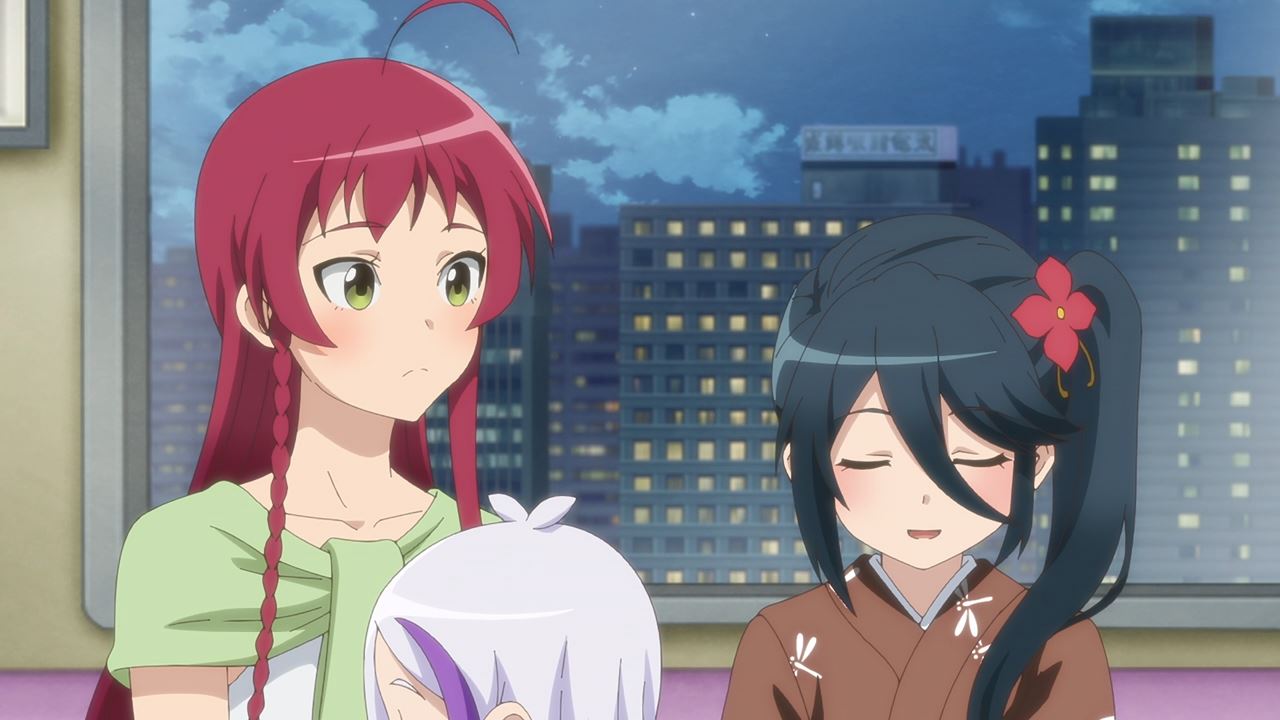 Just kidding, Suzuno Kamazuki told Emi Yusa (or Emilia Justina) that it would be nice if these peaceful times will continue in Japan, although Crestia is worried that Satan’s army wanted him back in Ente Isla.

Speaking of Ente Isla, various kingdoms are waging war now that the demon army is weakening. It would be bad if Emilia returns to her old world and intervene 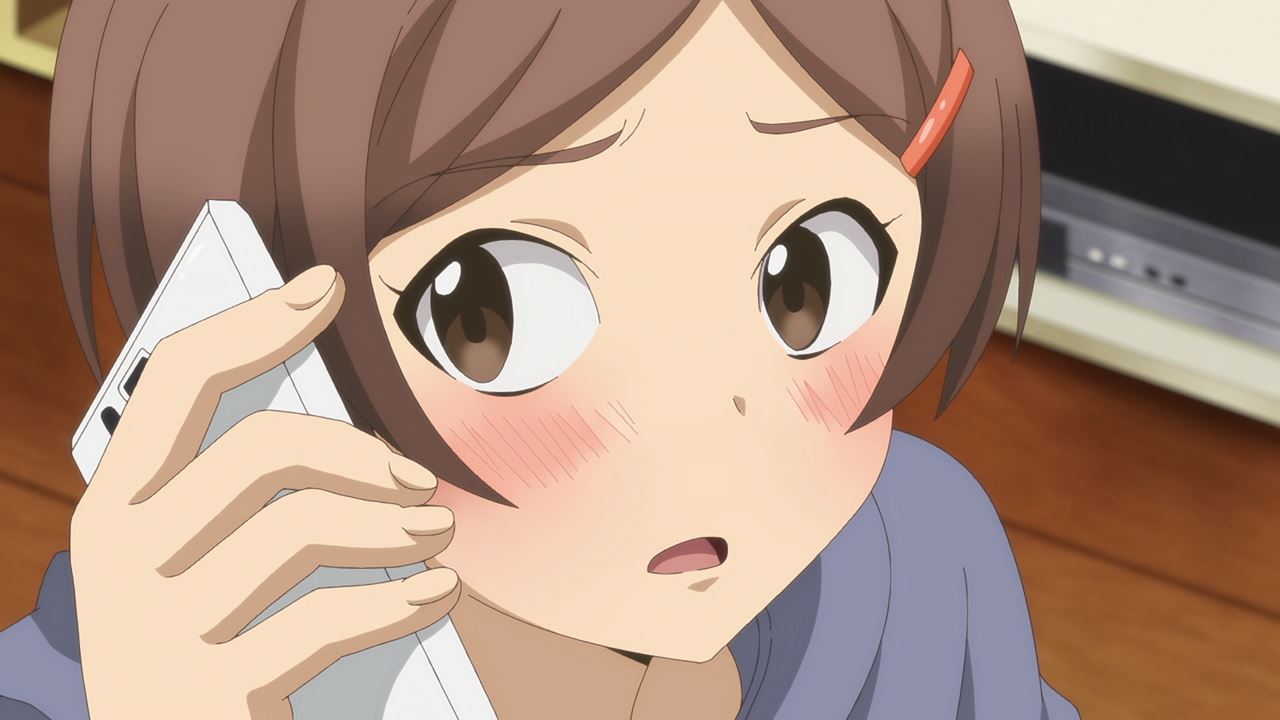 Let’s continue with Emi Yusa where she got a call from Rika Suzuki. And judging from Emi’s conversation with her co-worker, Rika fell in love with Shiro Ashiya that she’s asking on what to wear for her date with him. 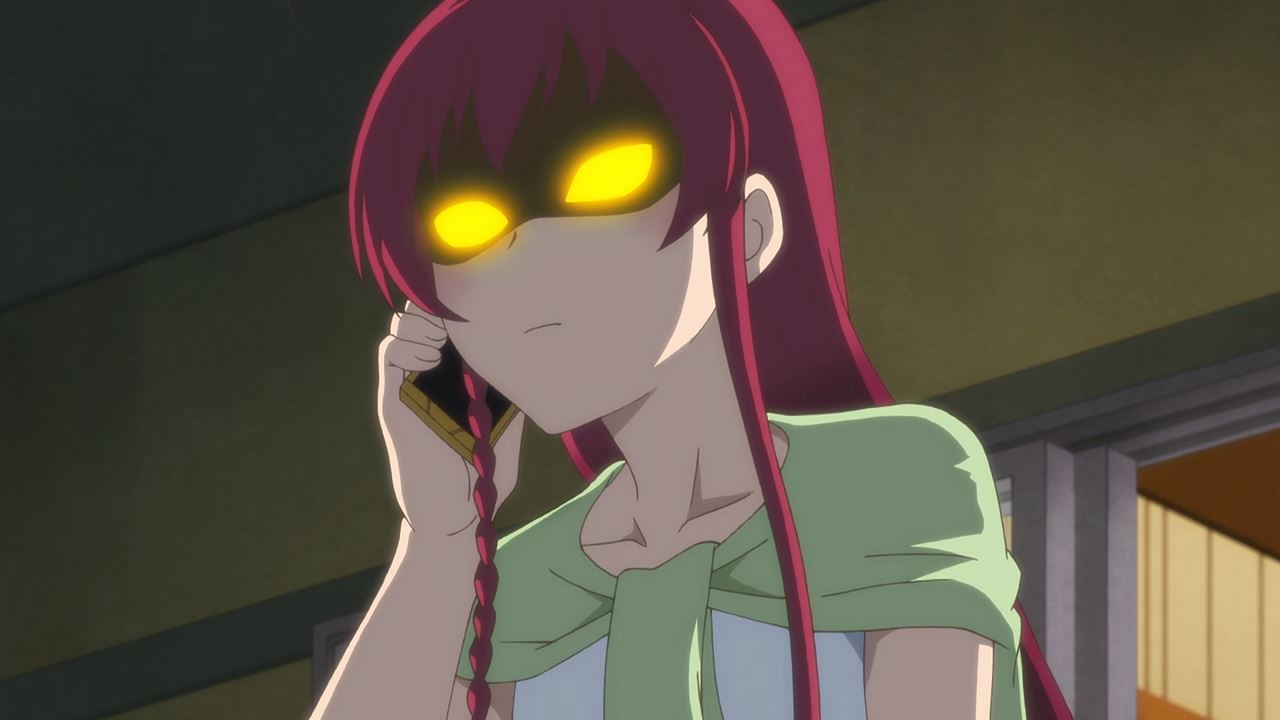 Anyways, looks like Emilia is really angry that her co-worker is in love with Alsiel, a demon under Satan’s tutelage. It would be bad if Rika got involved with her conflict against the demon lord. 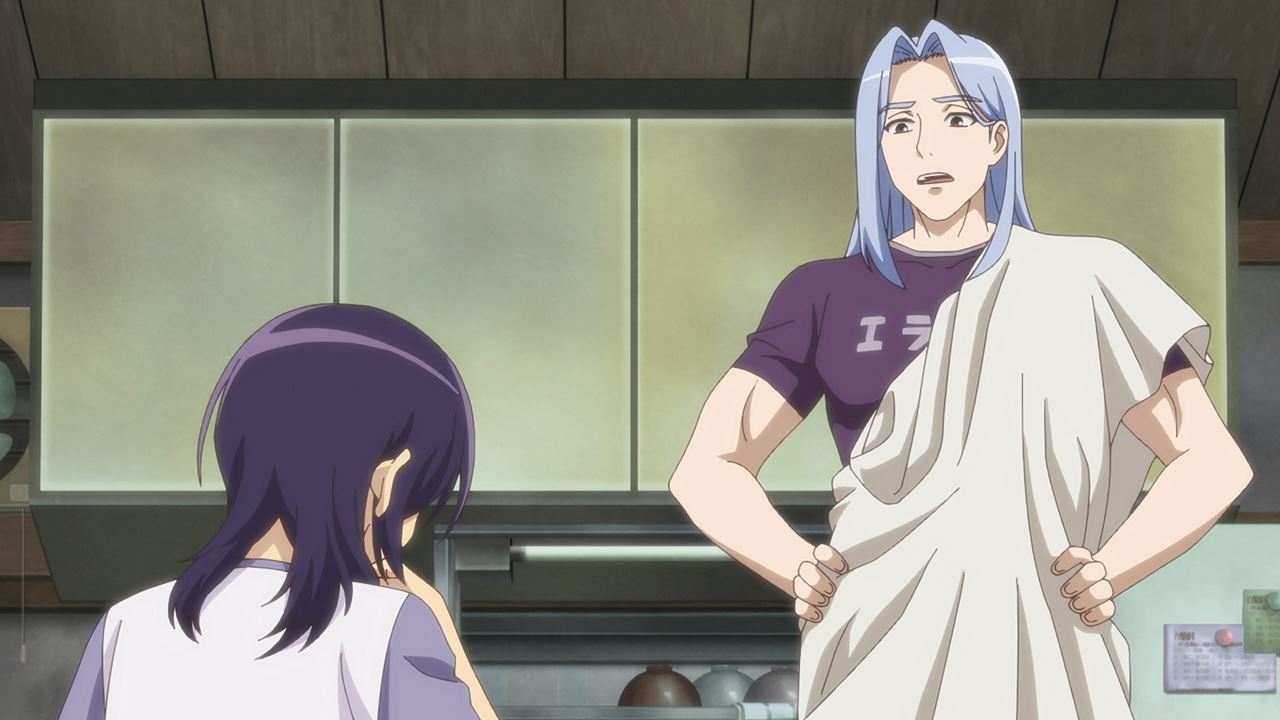 Now then, here’s Gabriel where he paid a visit to Satan’s apartment and while he expects the demon lord to hand over one of the Yesod shards, Gabriel decides to become a freeloader and get some refreshments from Satan’s fridge. Even Lucifer is annoyed by his presence.

Regardless, Gabriel felt disappointed that Lucifer decided to join the demon army rather than serving in Heaven. But to his credit, Lucifer (or Hanzo Urushihara) has nothing to do other than observing mortal beings. 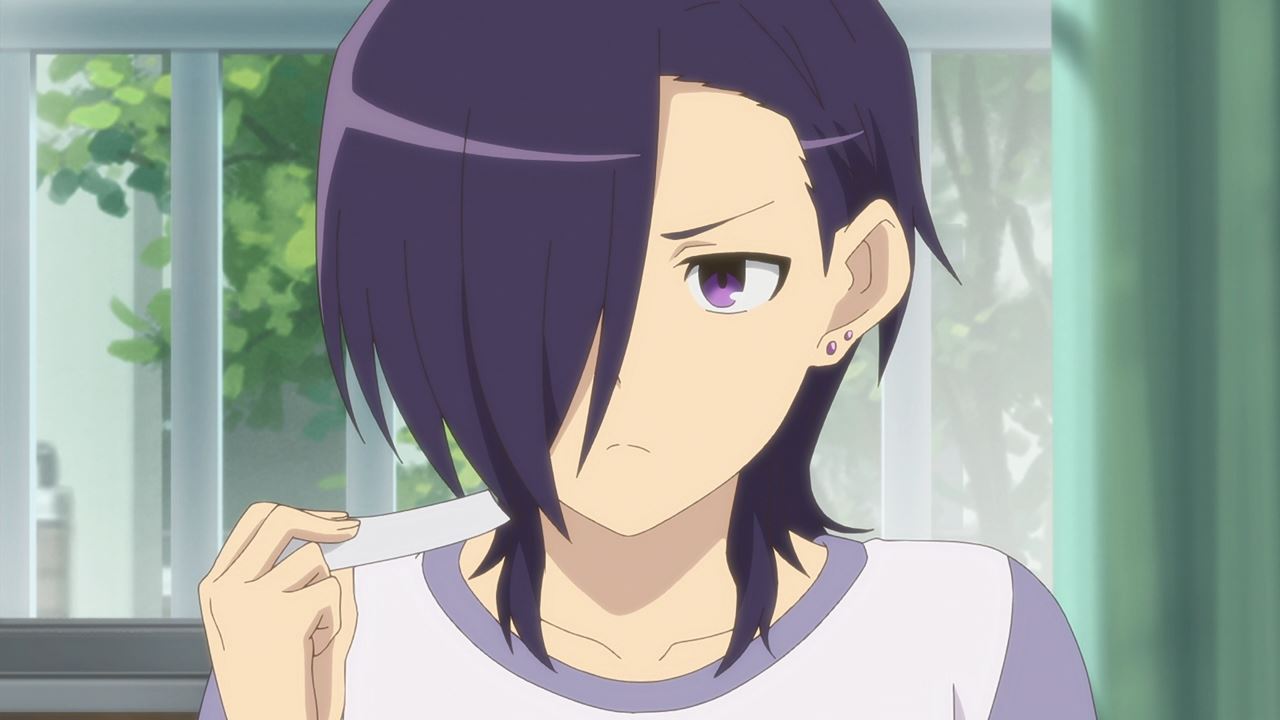 Anyways, looks like Gabriel will take his leave as the archangel decides not to continue his pursuit in the Yesod shards, although he warned Lucifer that one of Sariel’s companions is making his move.

One more thing, he left his contact number as Gabriel is hoping that Lucifer will contact him. Then again, the fallen angel will just shrug it off because he’ll rather be a NEET in Earth than returning to heaven. Hey Lucifer, don’t forget Gabriel’s warning! 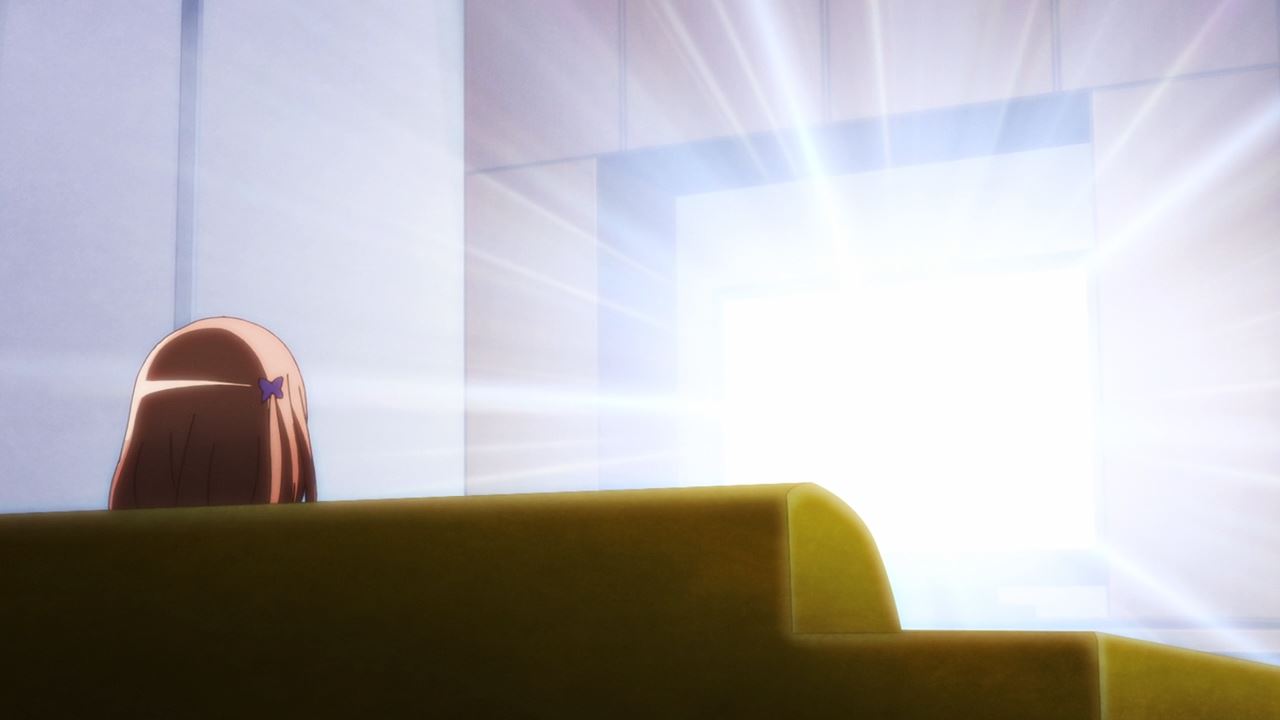 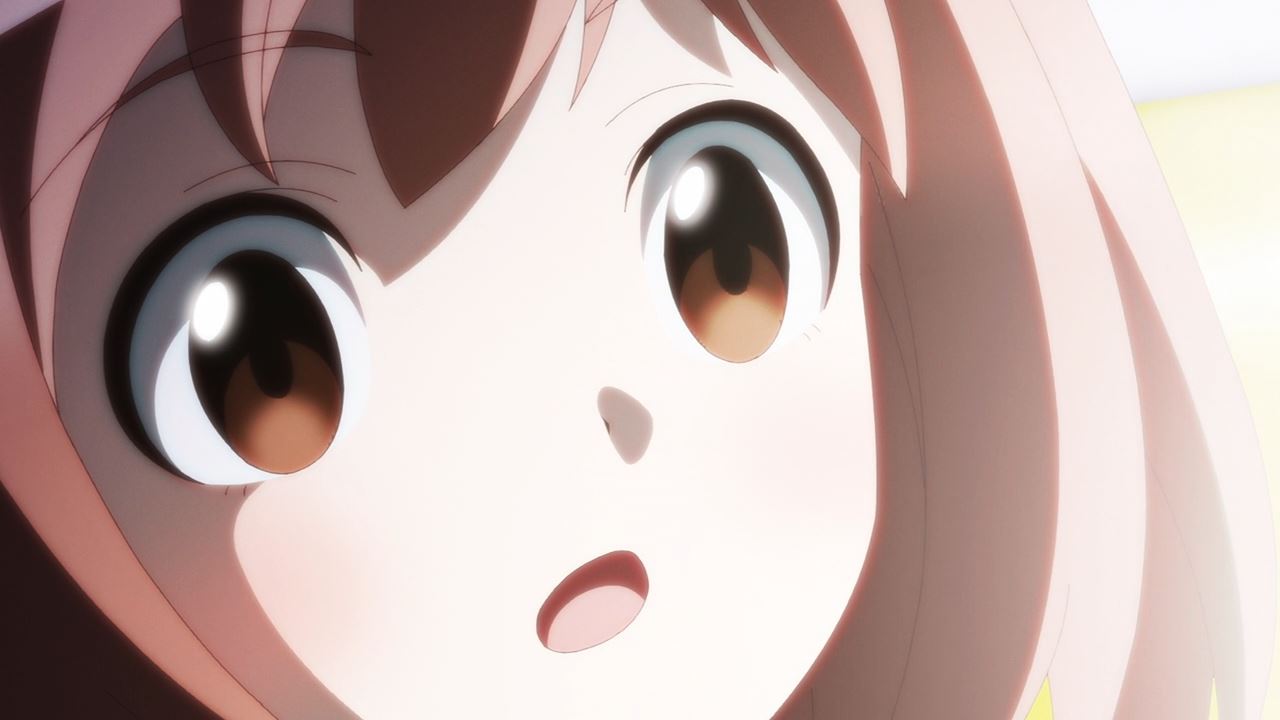 Now then, let’s end this episode where Chiho Sasaki is about to get sucked into her own television. I have a feeling that some rouge person from Ente Isla decides to take someone dear to Sadao Maou.

Anyways, I’ll see you next time where I’m hoping that Maou-sama will rescue Chi-chan… after he bought his TV set. Ah forget the television, he needs to rescue his co-worker as soon as possible!