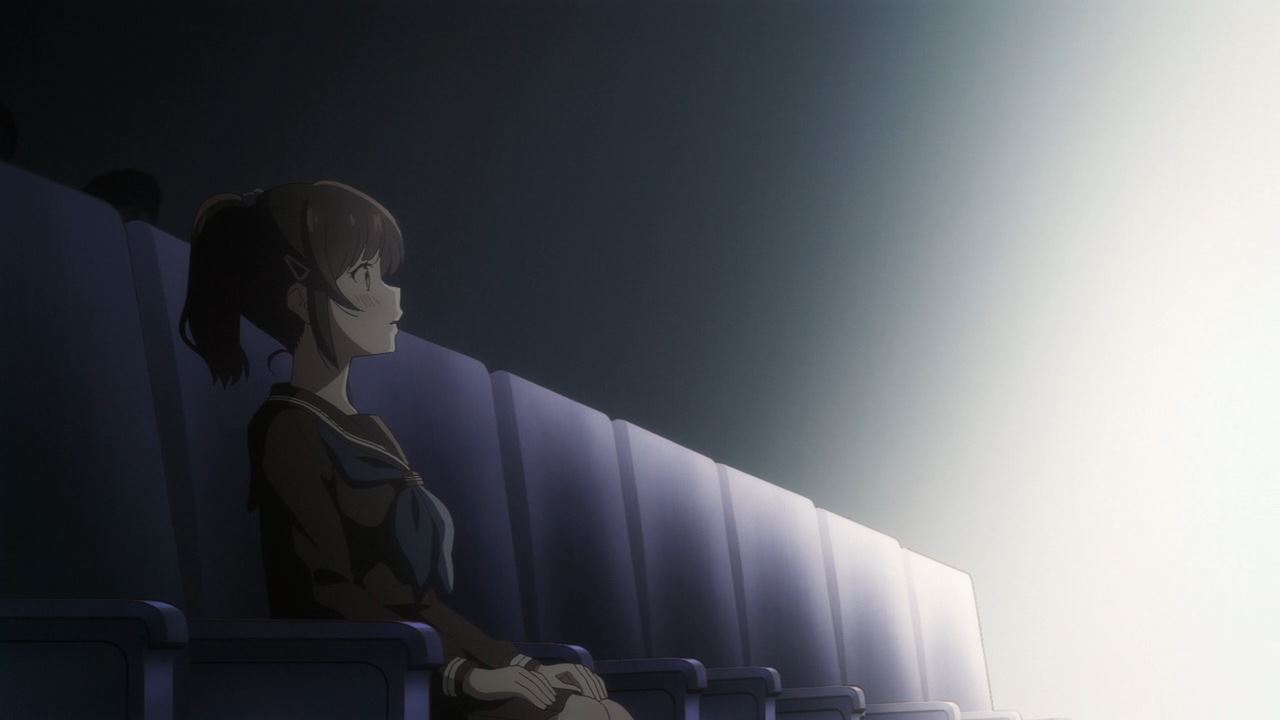 Let’s end this second season with a backstory of Chizuru Ichinose where the only family she has is her grandparents.

But anyways, Chizuru’s dream of becoming an actress started when she reads books and watch movies after school. 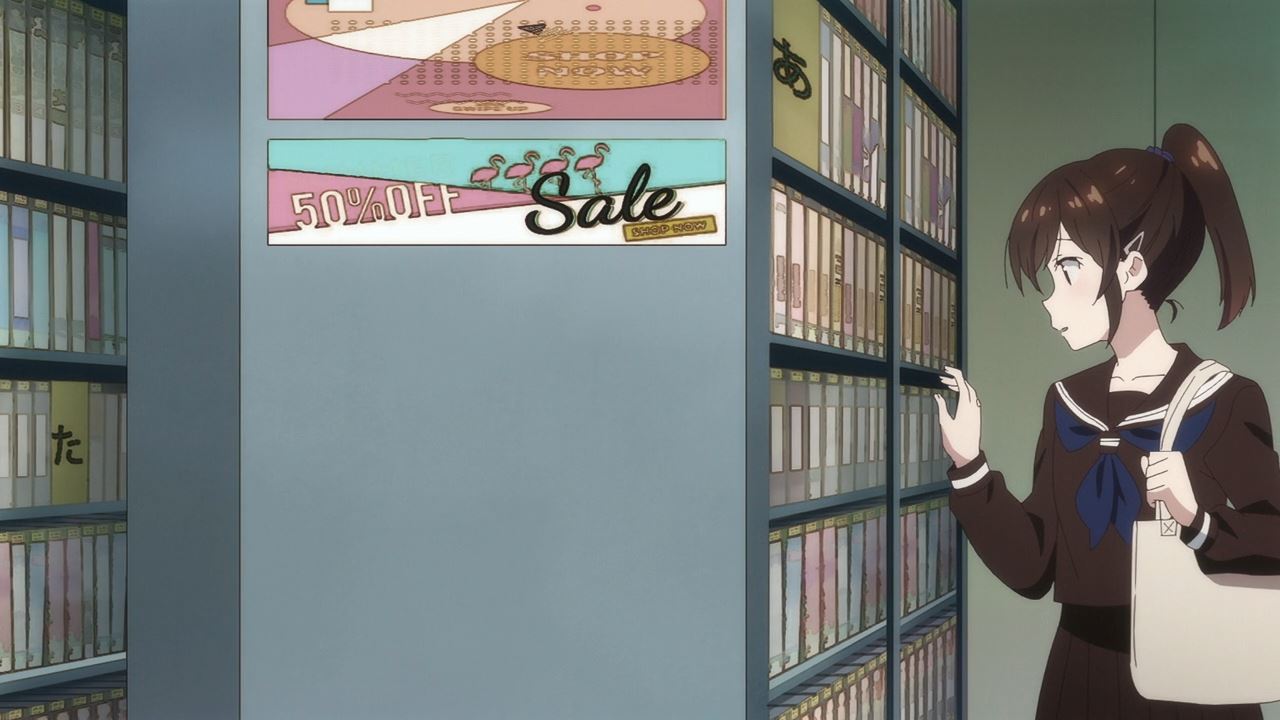 However, her turning point will be stumbling upon a DVD copy of an old drama series. 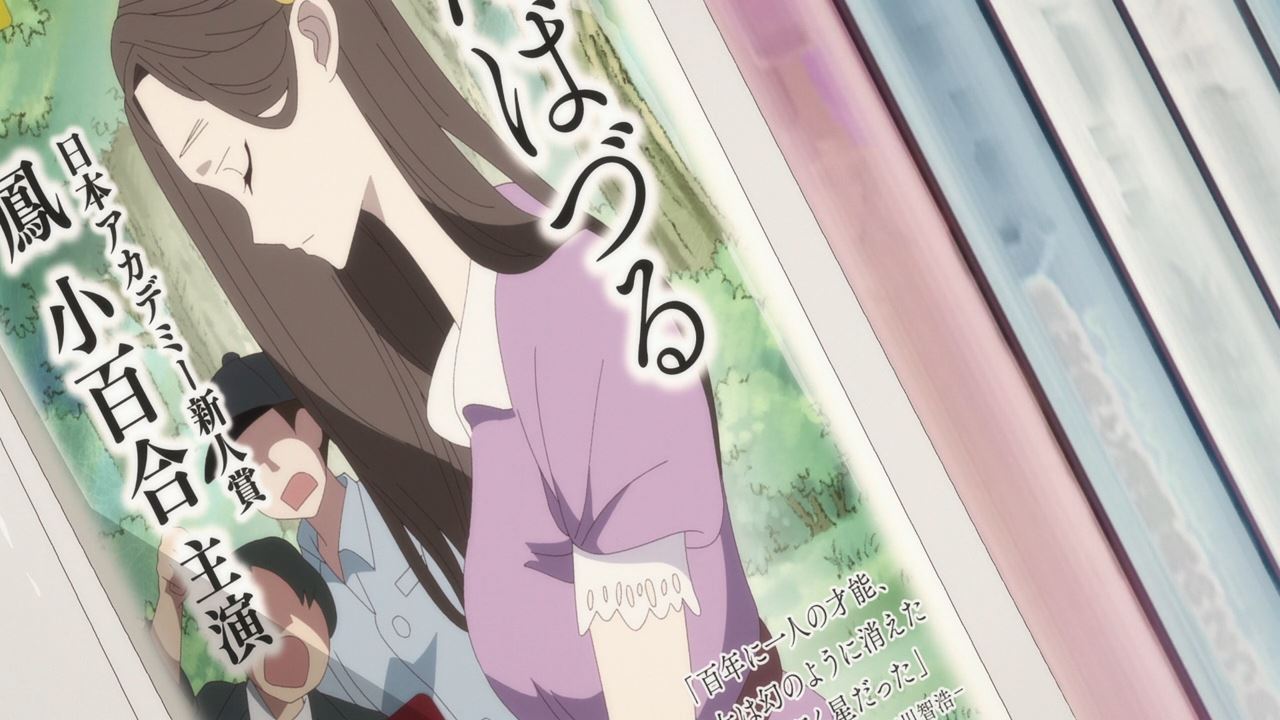 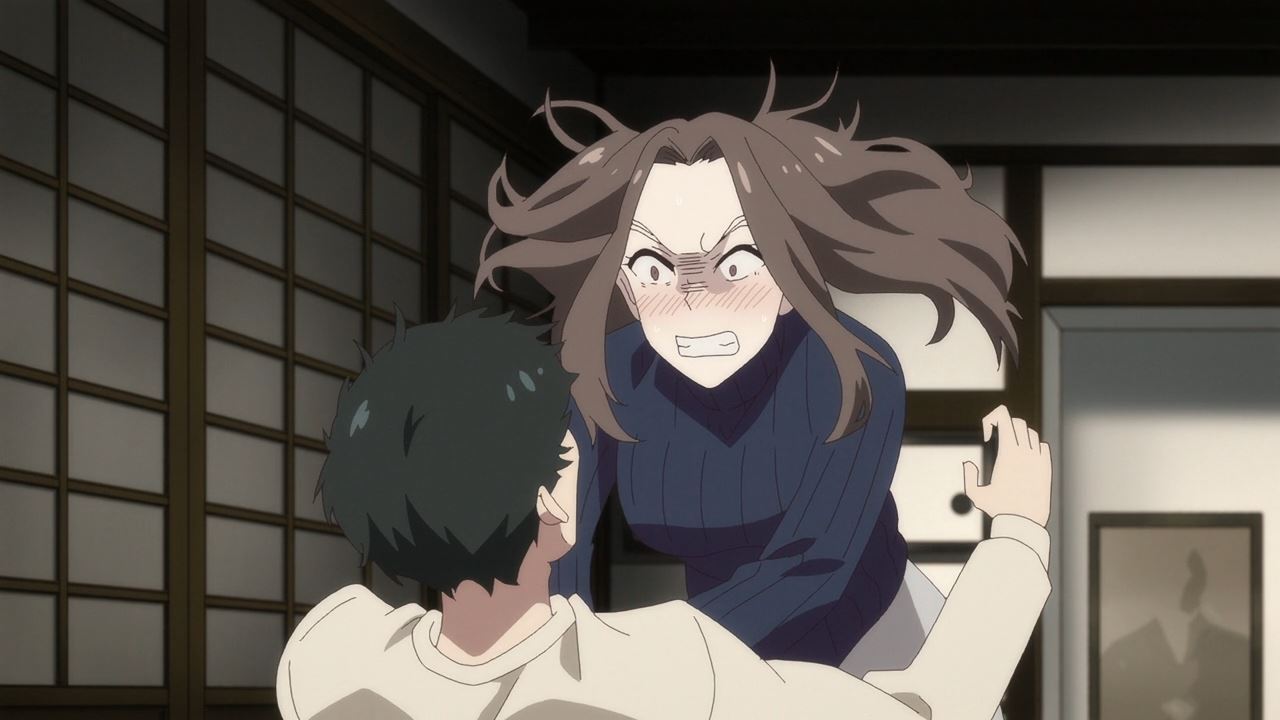 Oh yeah, here’s Sayuri-san in her prime where she’s a promising actor, although it’s sad that her career didn’t took off after her big drama role. 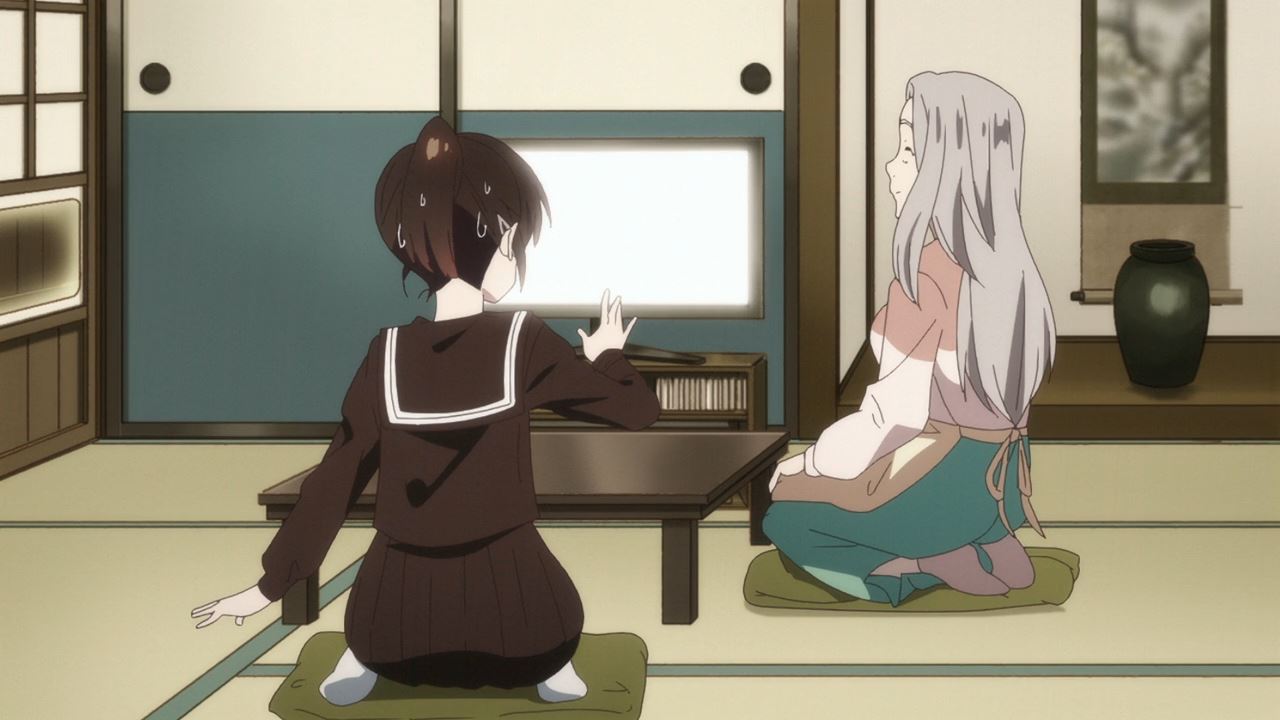 Even Chizuru is really surprised that her grandmother was an actress. In any case, looks like she’s determined to follow on her grandmother’s footsteps. 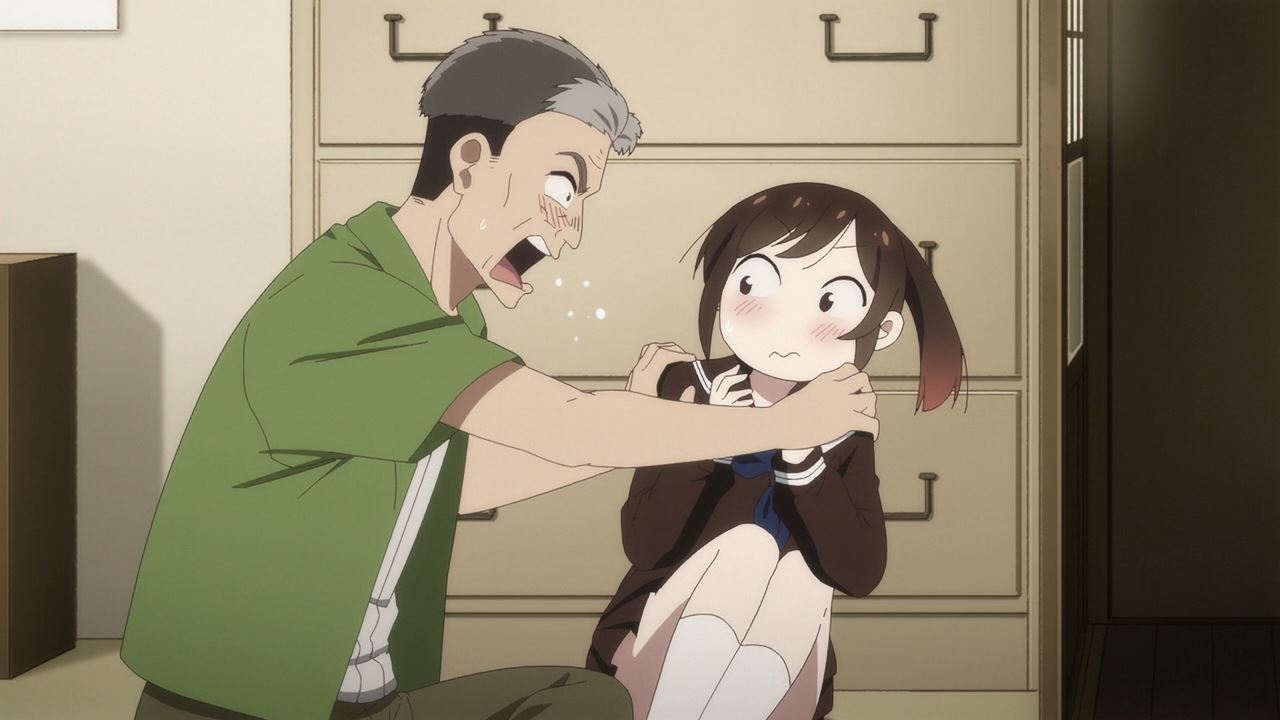 One more thing, I forgot to introduce you to Katsuhito Ichinose, Chizuru’s grandfather where he’s supportive to Chizuru’s career choice. 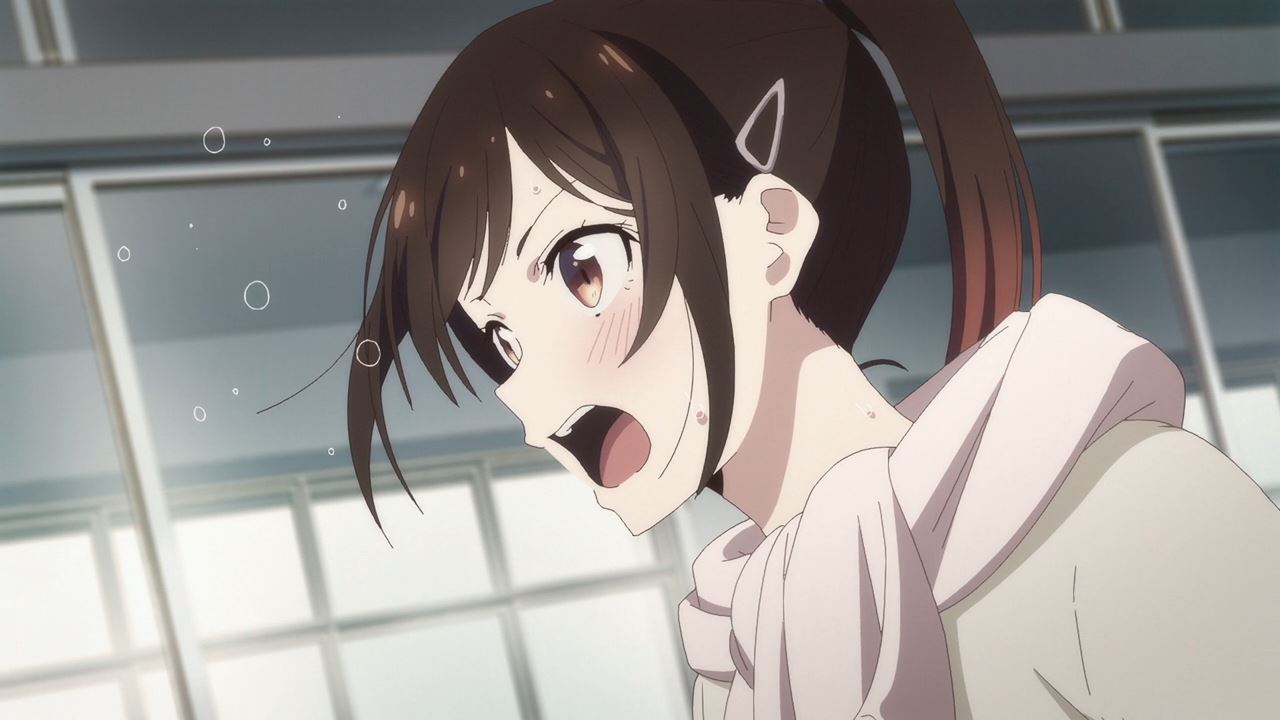 And so, Chizuru Ichinose worked hard in pursuing her acting career as she joins the drama club in high school. 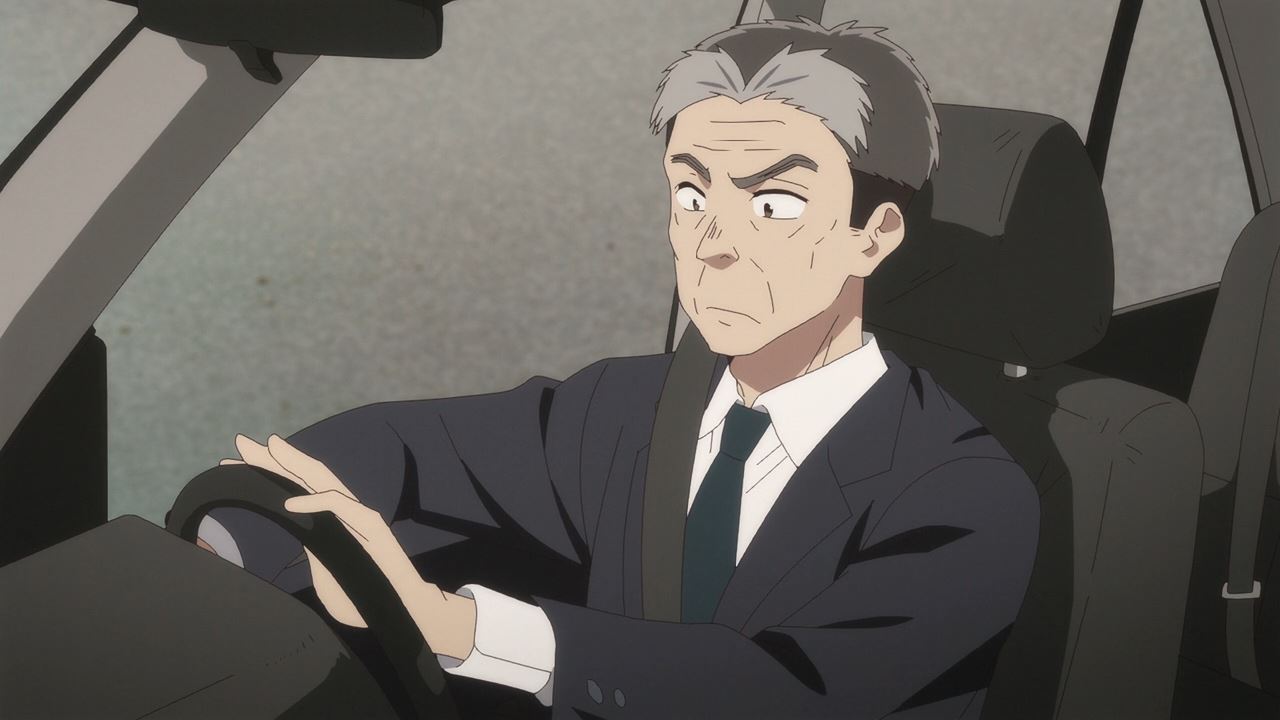 Meanwhile, her grandfather Katsuhito-san is supporting Chizuru as a taxi driver. In any case, things are looking good for Chizuru and her family… 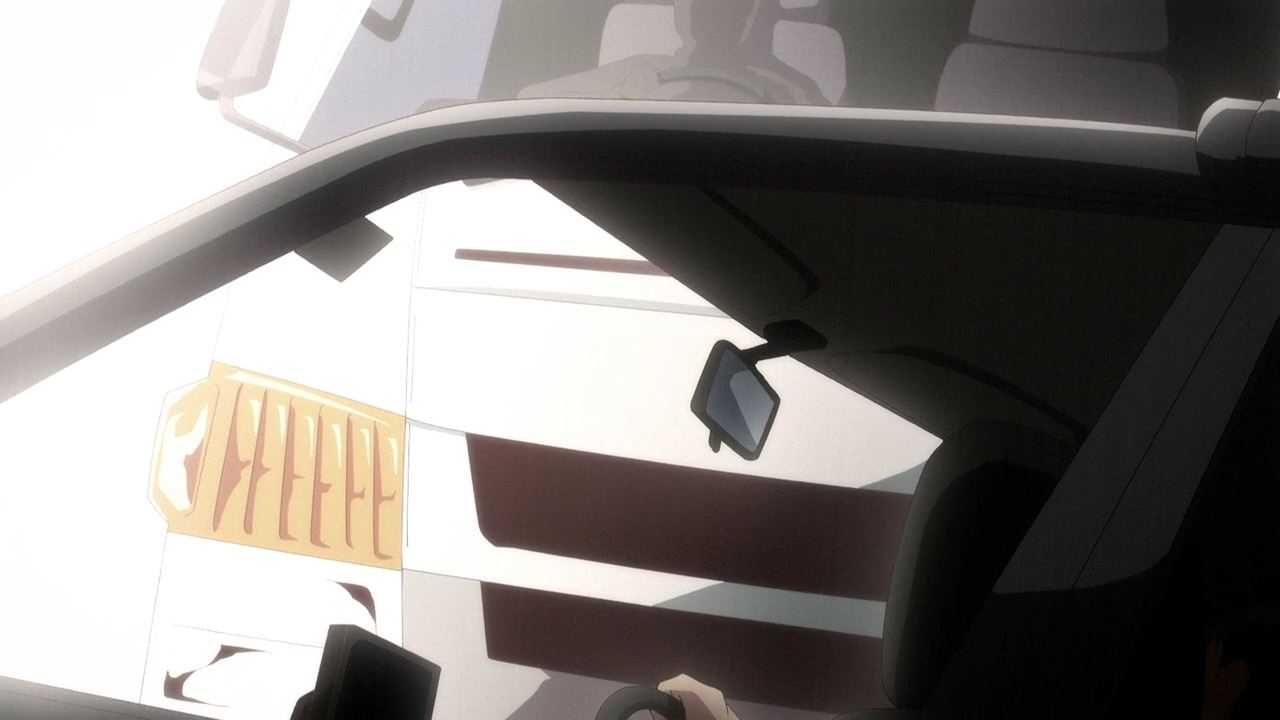 That’s until a truck hit her grandfather. Dammit Truck-kun, are you trying to send Katsuhito-san to another world!? 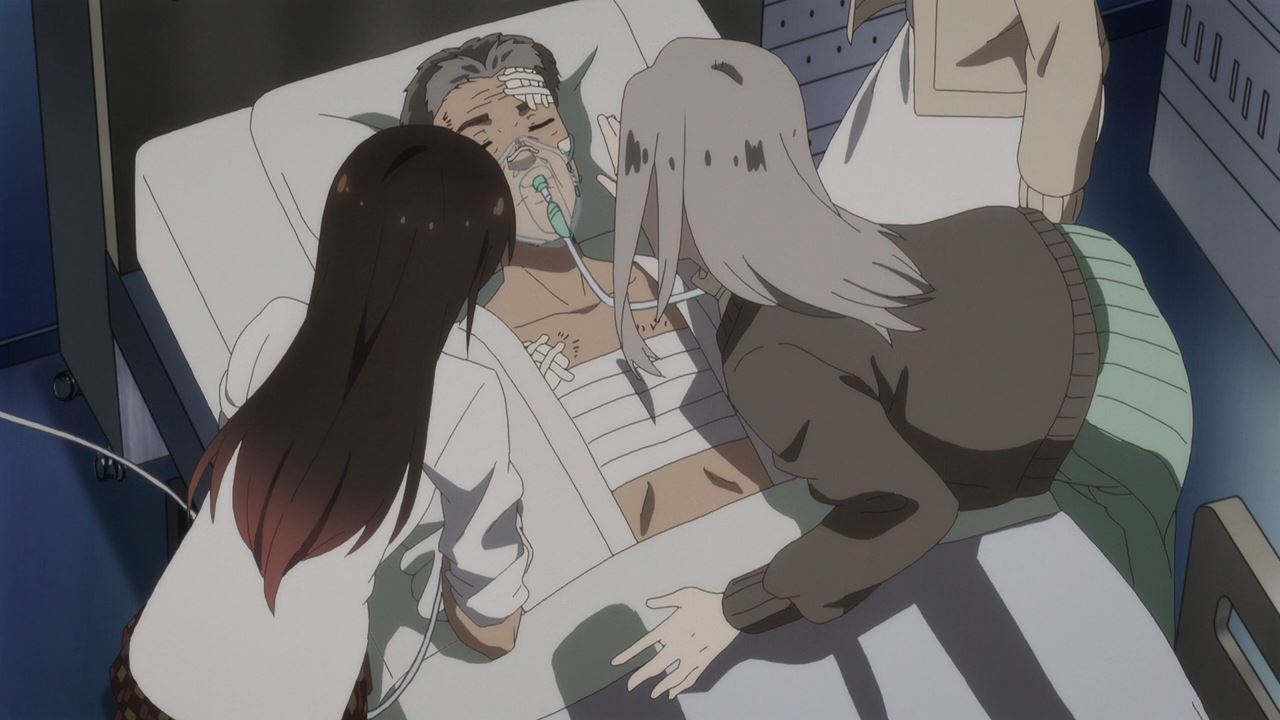 With that said, it’s a terrible day for Chizuru and Sayuri-san as Katsuhito-san is clinging to his life.

While Chizuru wants her grandfather to live, it might be too late for Katsuhito Ichinose to survive. 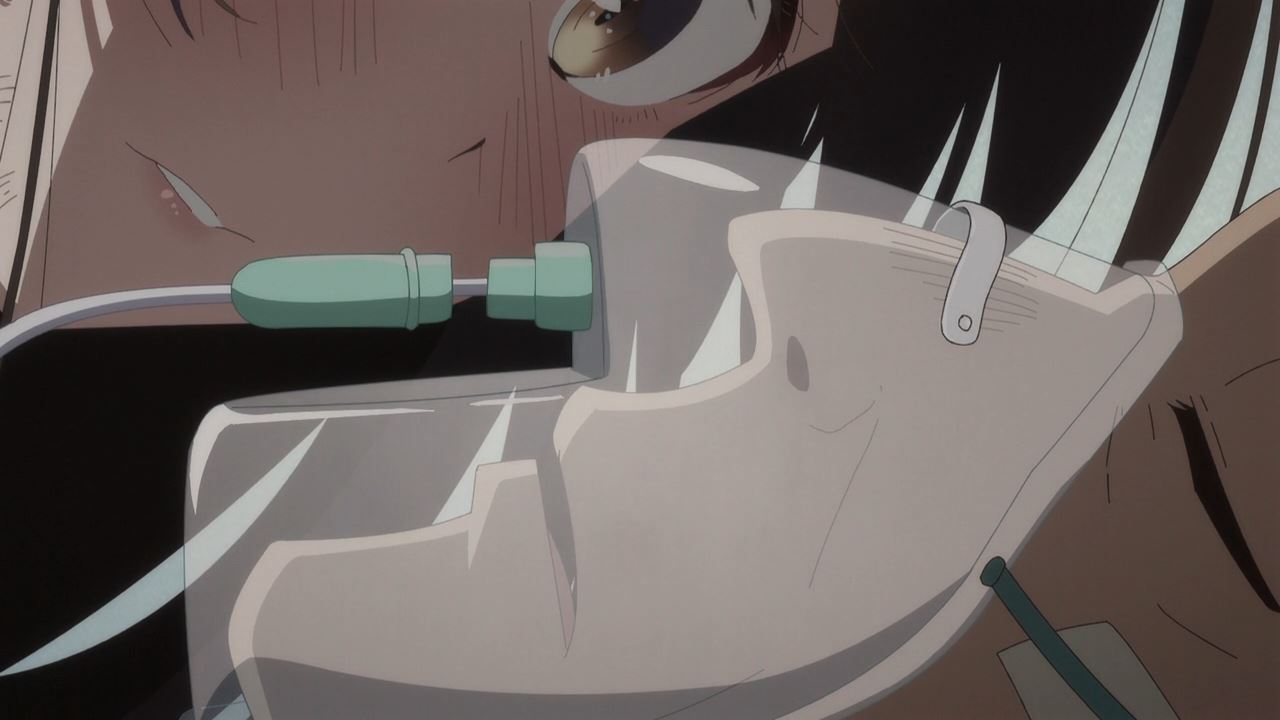 But speaking of Katsuhito Ichinose, he told his final message to Chizuru where she needs to make her dreams come true. 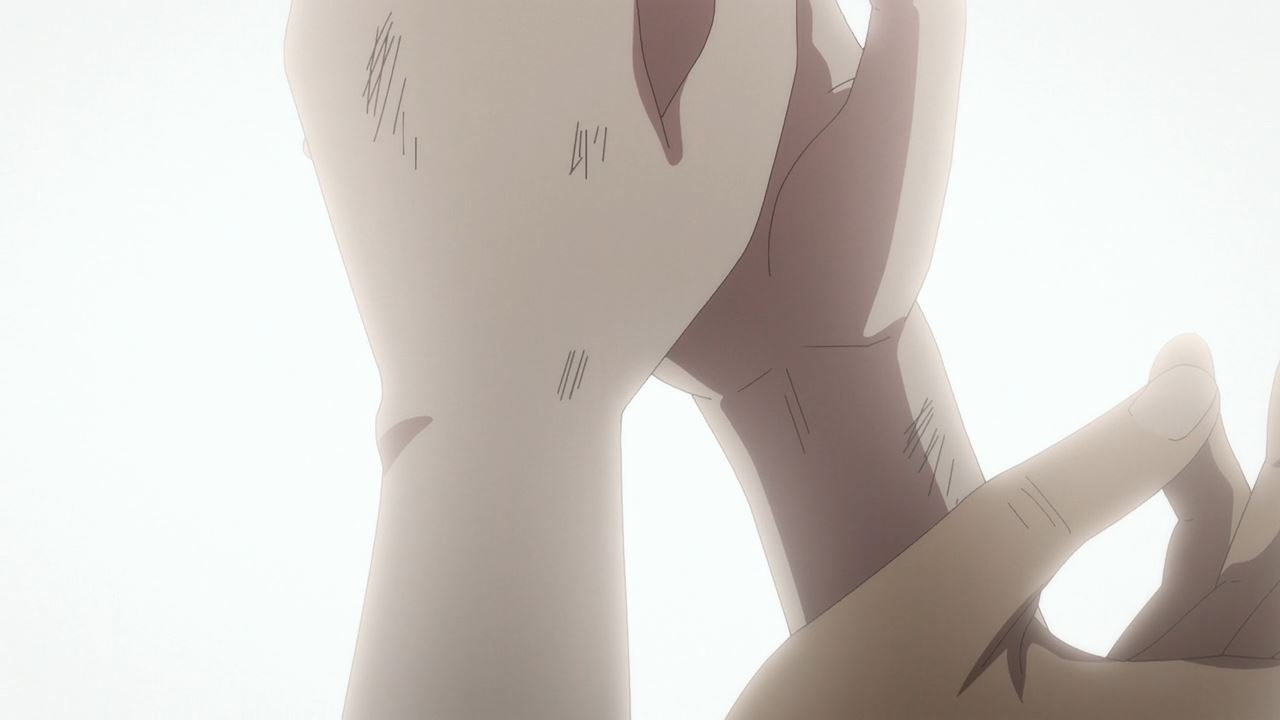 And so, Katsuhito Ichinose dies due to his serious injuries. It’s very unfortunate that Chizuru lost her grandfather who’s very supportive of her dreams. 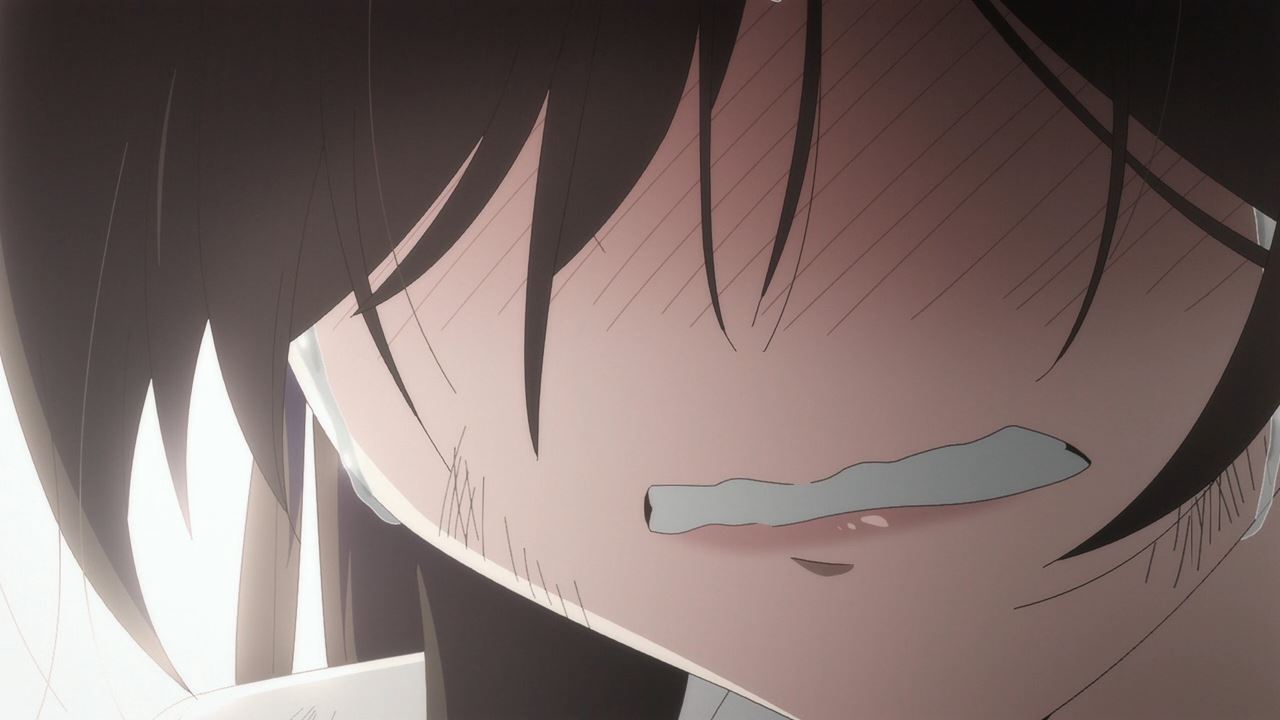 Of course, Chizuru feared that Sayuri-san might die without seeing her granddaughter becoming a successful actress. Something has to be done fast as she can’t stand the countless rejections. 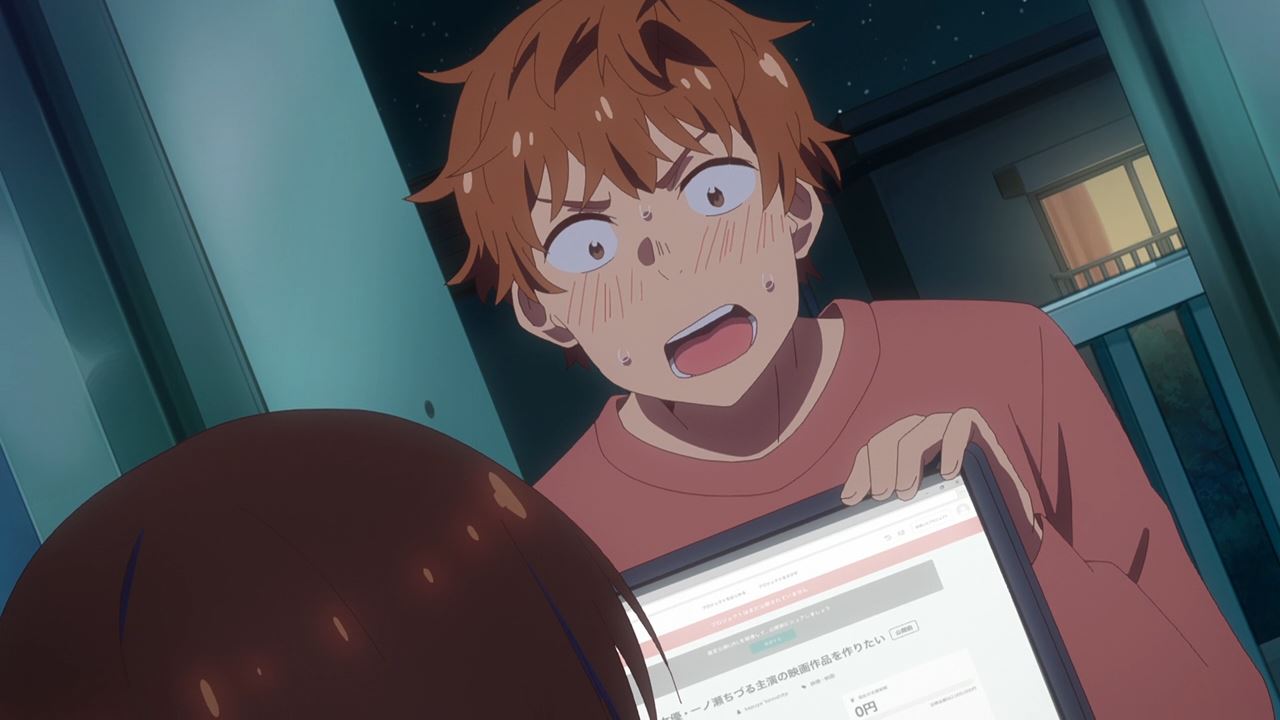 But wait a minute, there’s Kazuya Kinoshita where he can help Chizuru Mizuhara in achieving her dreams… via crowd-funding.

Okay Kazuya, I don’t think it’ll work out ’cause some crowd-funding proposals are straight-up scams. Worse will be entrapping someone to become a sex worker. 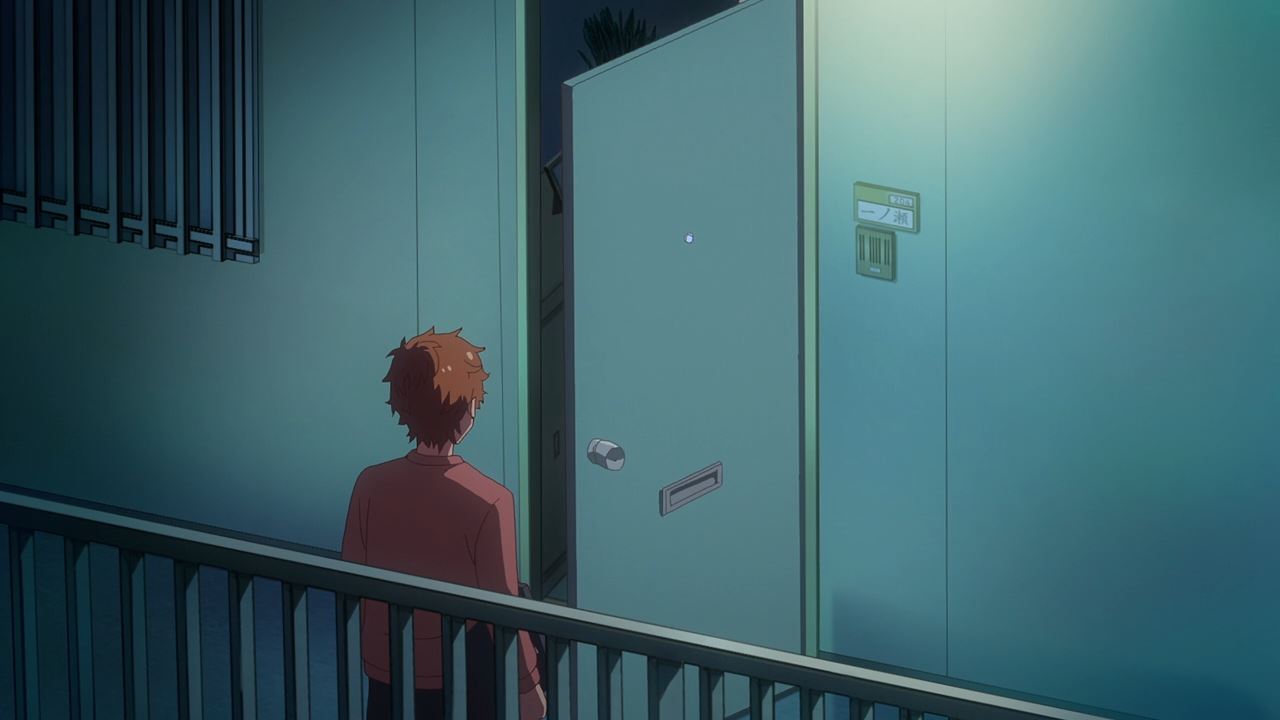 Sadly for Kinoshita, Mizuhara decides not to take his idea as she went back to her apartment. That’s right Chizuru, you shouldn’t accept ideas from fools like Kazuya! 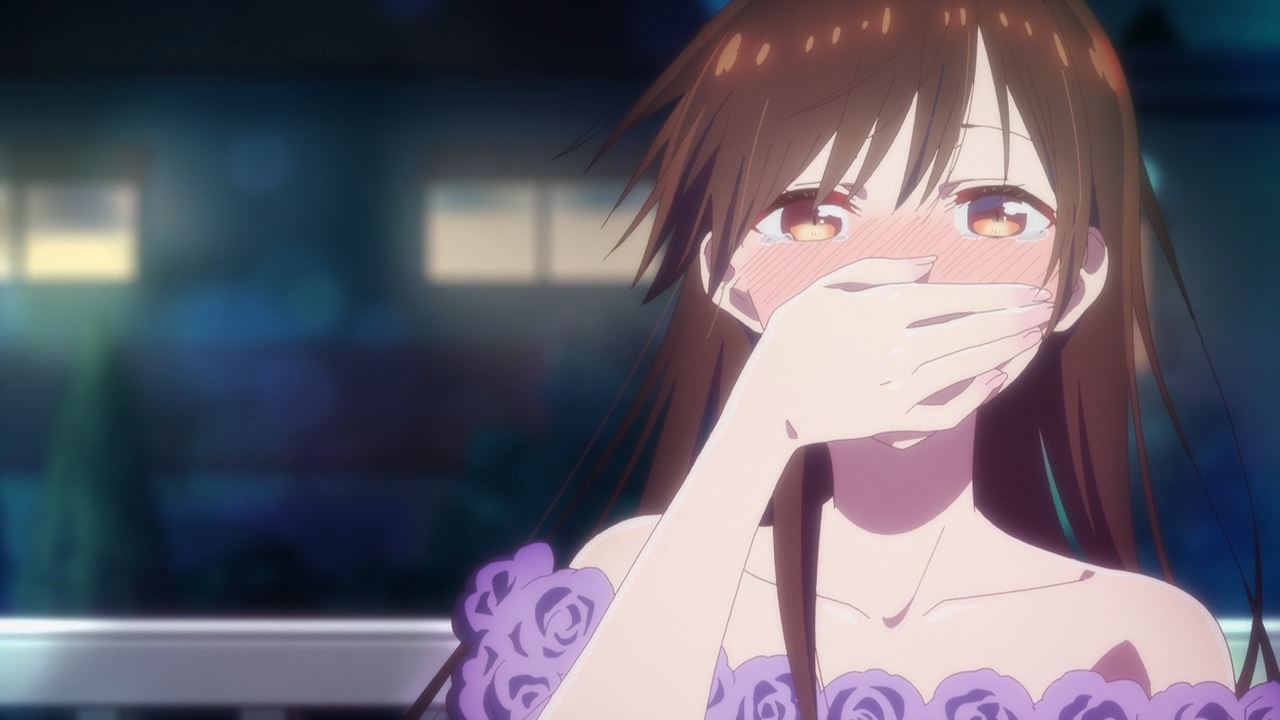 Oh wait, seems that she decides to give it a shot then. Looks like we’ll end this episode like this where after watching Chizuru’s tragic backstory (which is quite better actually), our rental girlfriend decides to take the crowd-funding approach. 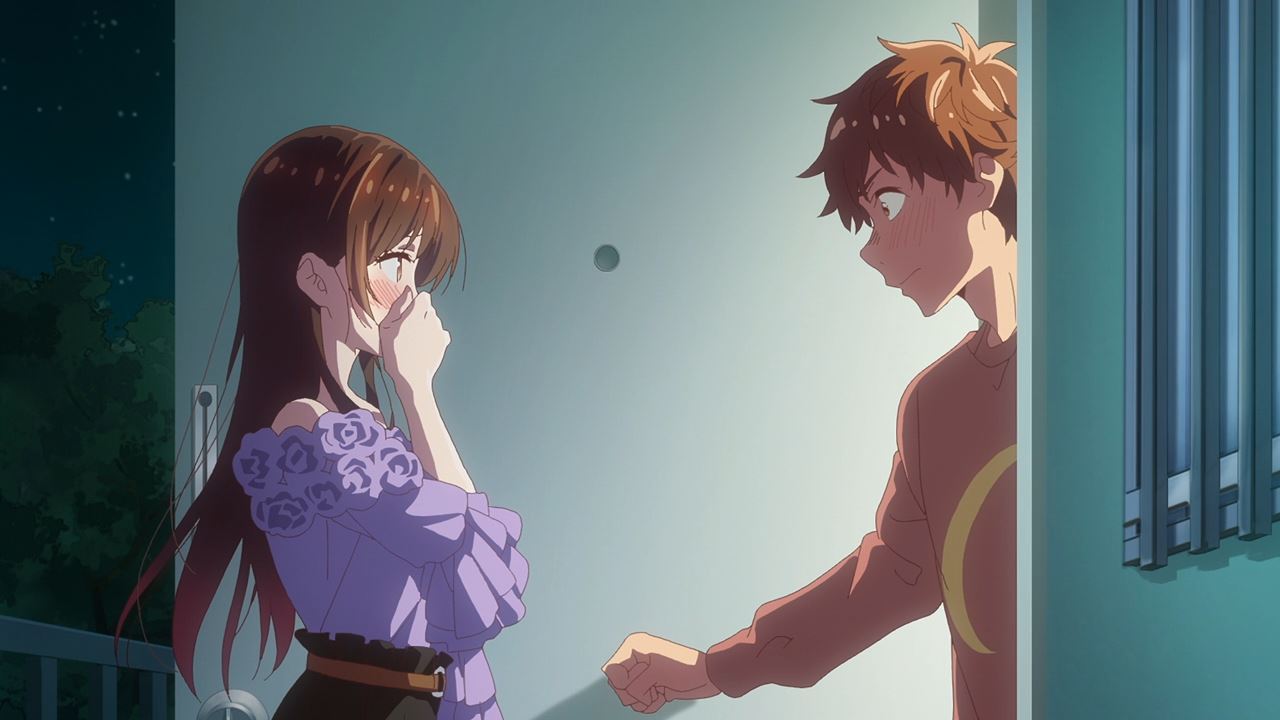 But that’s the end of Kanokari Season 2 where despite being better than the first one, it’s still terrible because of the premise. But hey, I have to admit that despite being stupid, Kazuya is really supportive towards Chizuru and her dreams of becoming an actress. Speaking of Chizuru Mizuhara, let’s hope that she’ll have her break soon ’cause she’s one hardworking woman!

Meanwhile, looks like Mami Nanami is demoted to minor appearances despite being the root cause of everything that happened on this show, although Mami still have some presence compared to Sumi Sakurasawa where she has fewer appearances in Season 2.

One last thing, let’s not forget about Ruka Sarashina where she’s making bold moves towards Kazuya Kinoshita where she berated Mami Nanami for breaking up with her old boyfriend and even kissed Kazuya during his birthday. Will she pose a bigger threat towards Chizuru Mizuhara? We’ll see in the future…

Speaking of future seasons, Kanokari will have a 3rd season and man, I’m not fuckin’ surprised that this trainwreck of a show will continue. Well then, looks like I’m done watching Season 2 as I’ll return for Season 3!