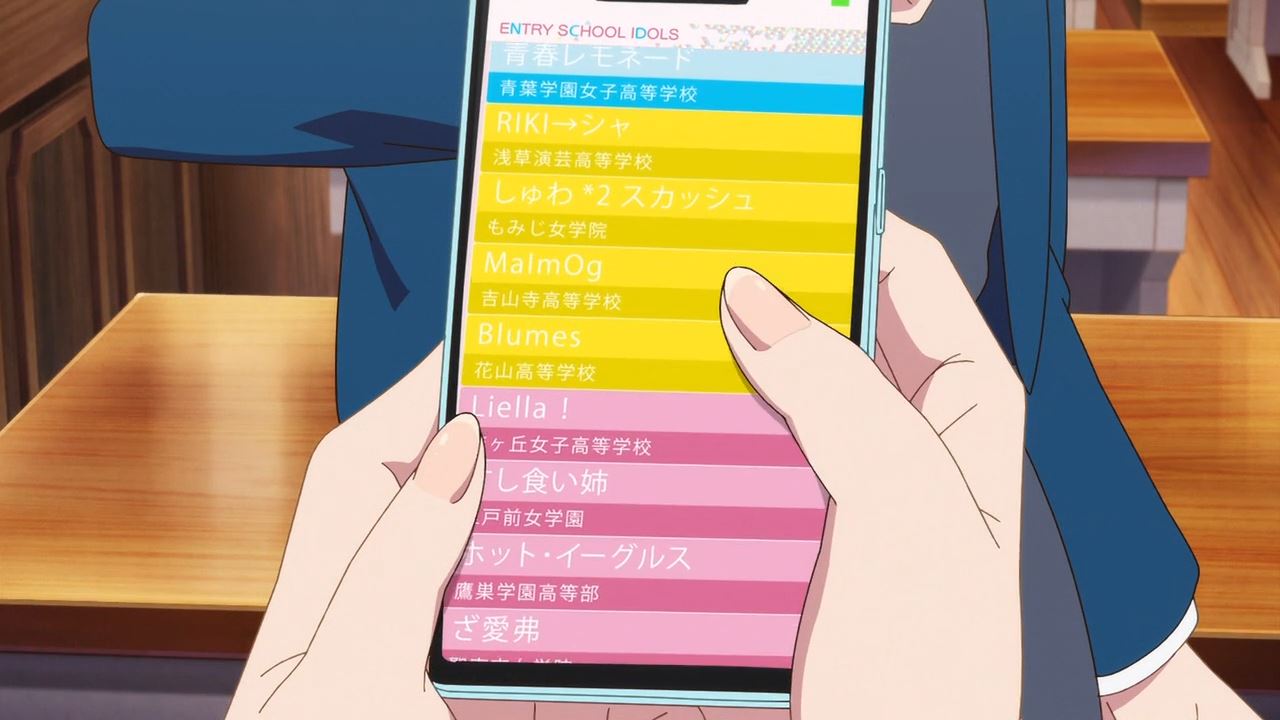 Let’s begin this episode where Keke Tang checks on the list of qualified school idol groups, yet Keke couldn’t find the defending Love Live! champions Sunny Passion. What happened to the duo? 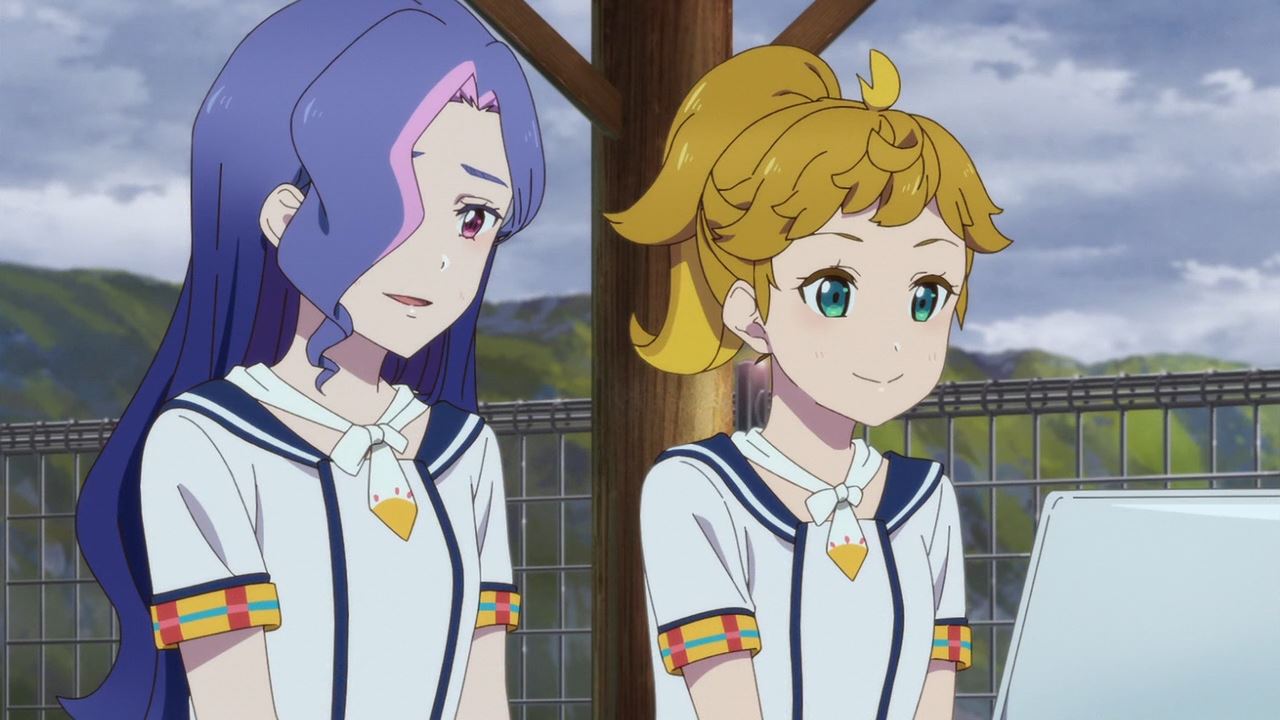 Well, Yuuna Hijirisawa and Mao Hiiragi told Liella that they got demolished by an upstart solo school idol named Wien Margarete. Wait, SunnyPa got eliminated by a middle school student!? 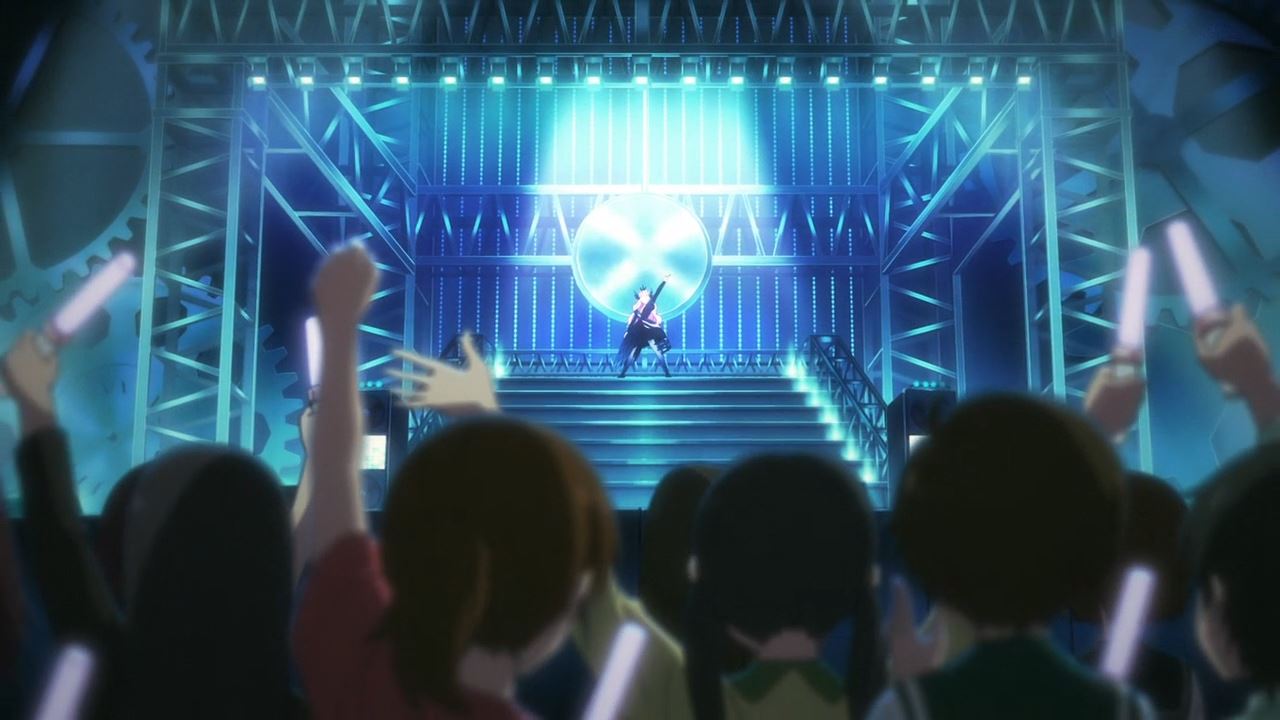 And speaking of Wien, she’s really on another level with her majestic performance. With that said, it’s unfortunate that Sunny Passion couldn’t managed to become a two-time Love Live! champion.

But on the other hand, I feared that Wien Margarete will make history as the youngest Love Live! champion, not to mention being a solo school idol. 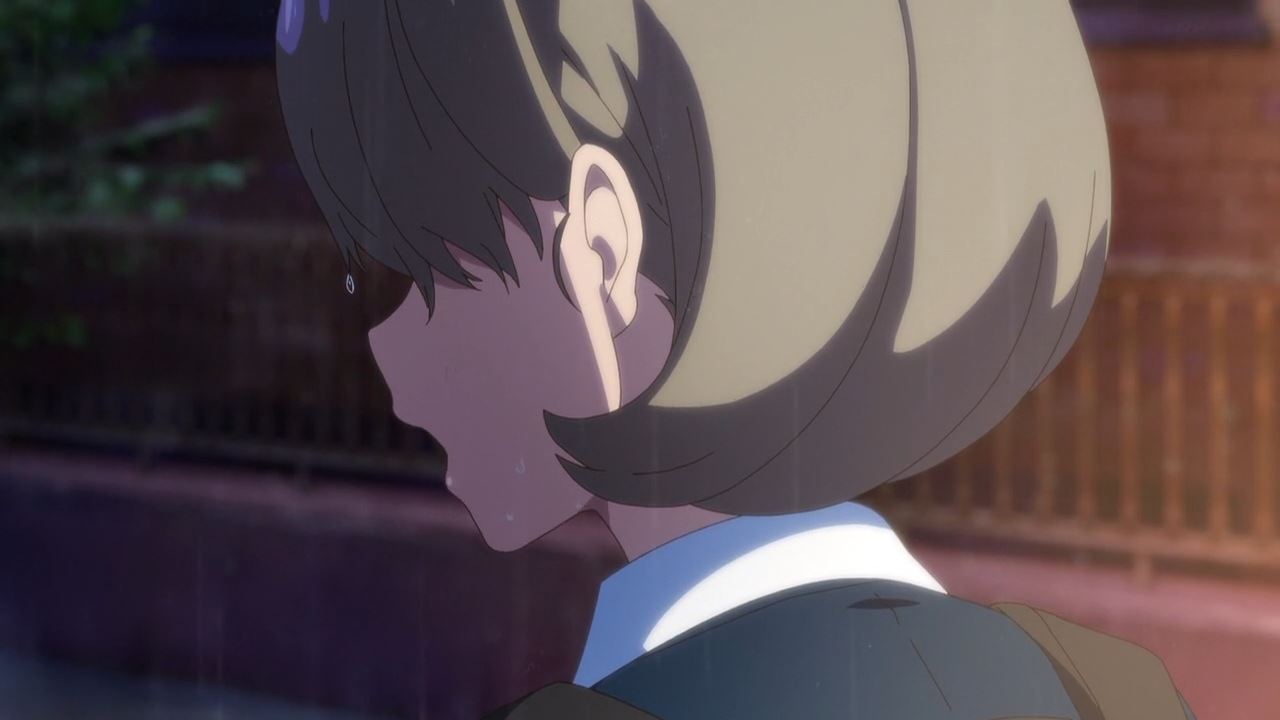 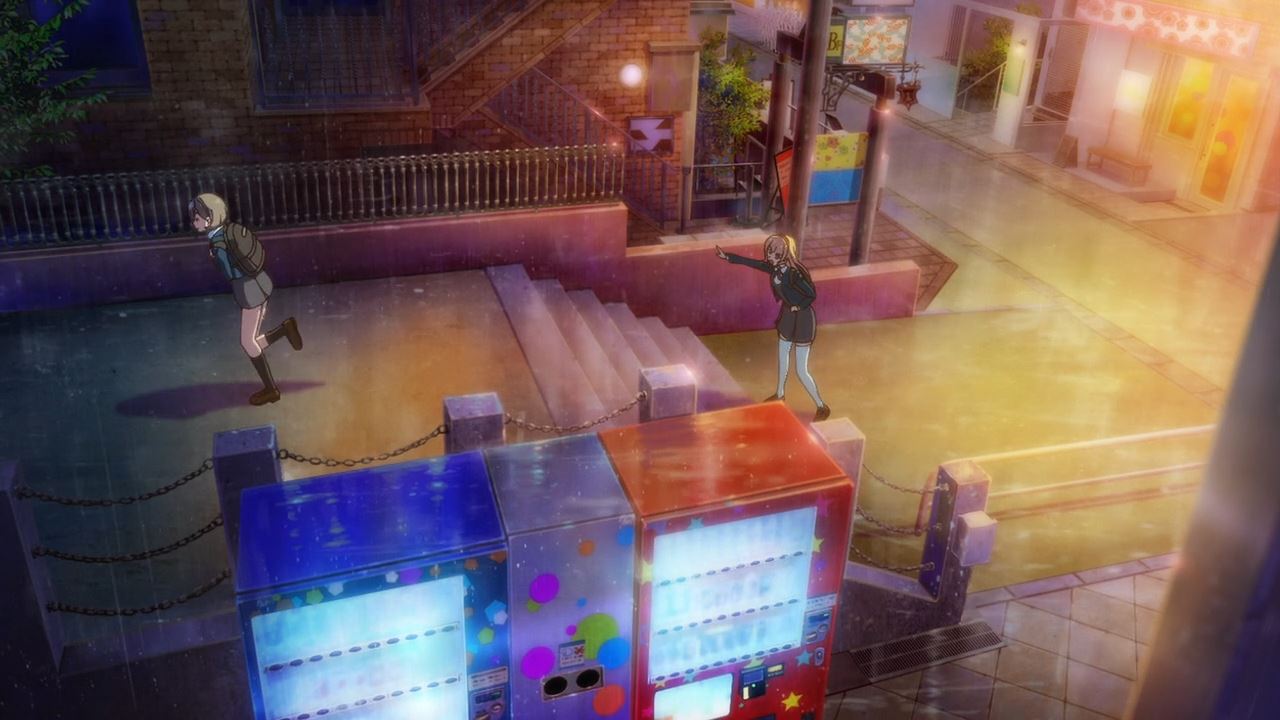 Of course, you have to remember that Sumire Heanna knows Keke’s secret, thus she’s worried about losing a dear friend who gave Sumire some courage to become the center back in Season 1. 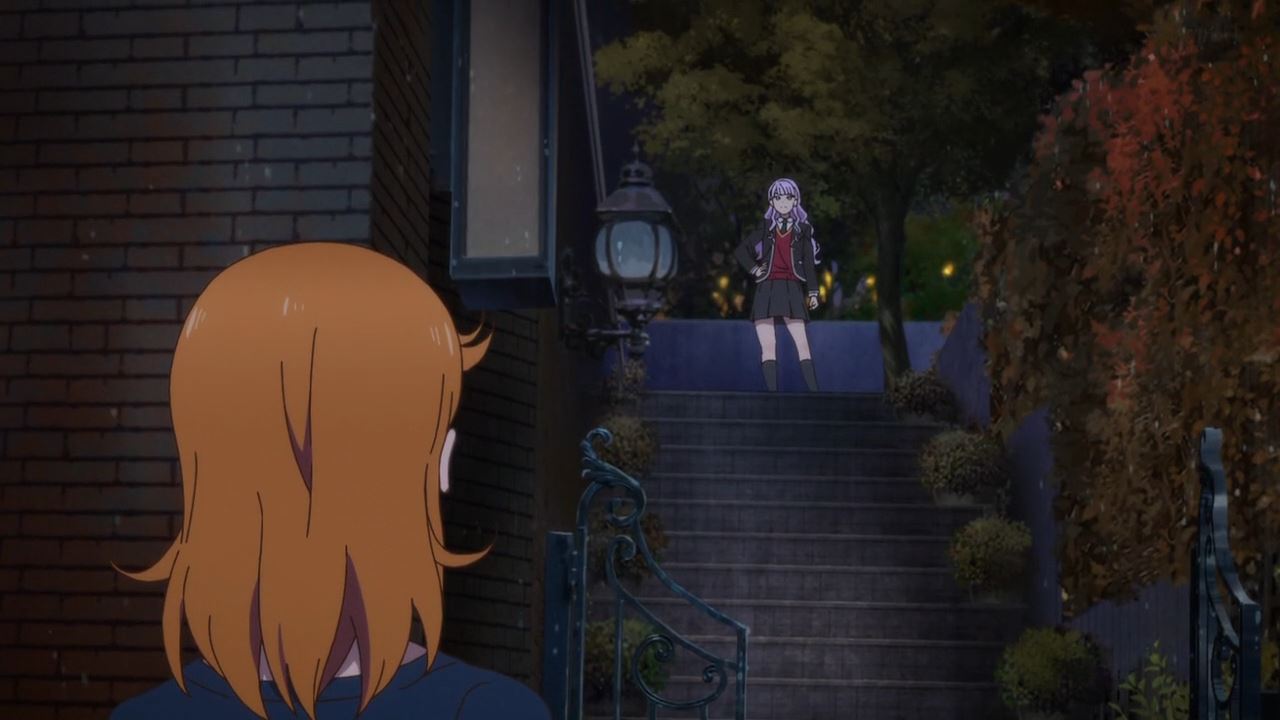 Meanwhile, here’s Wien Margarete where this middle school prodigy appears out of nowhere to taunt Kanon Shibuya, almost as if Wien wants to beat her so badly. 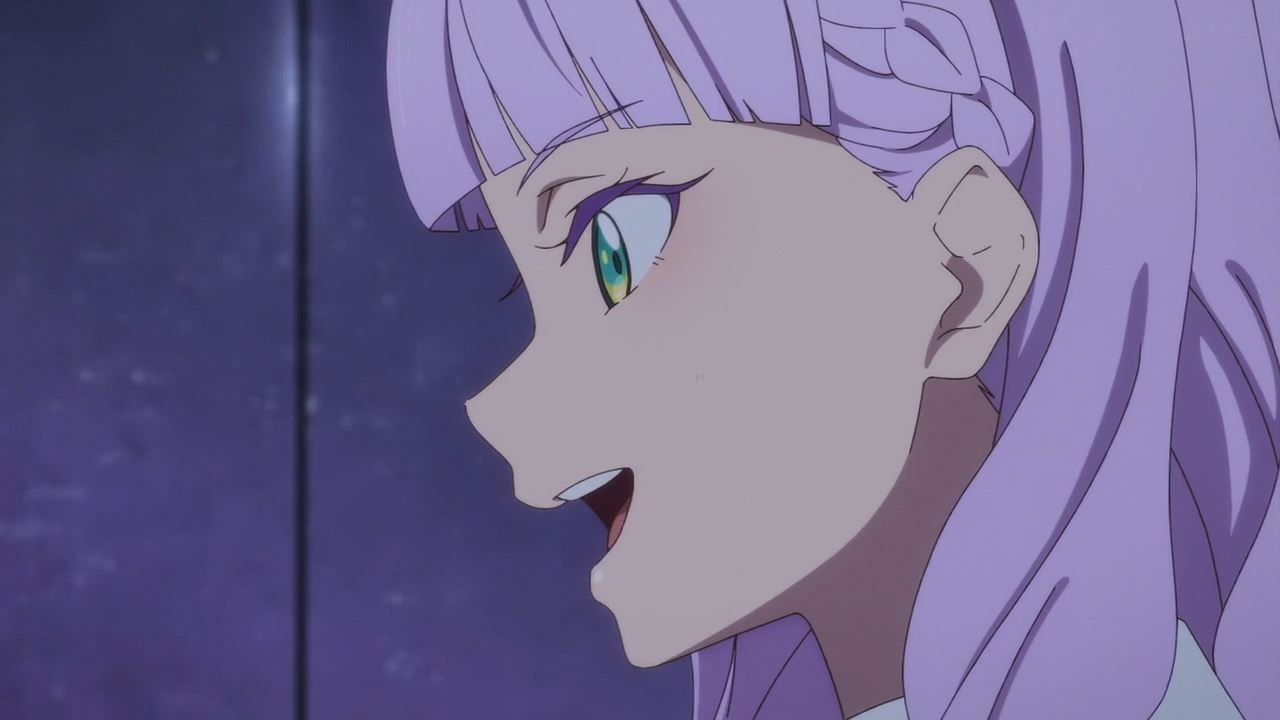 And speaking of Wien Margarete, she wasted no time being arrogant towards Kanon where her singing talent is no match against Wien’s brilliant voice. 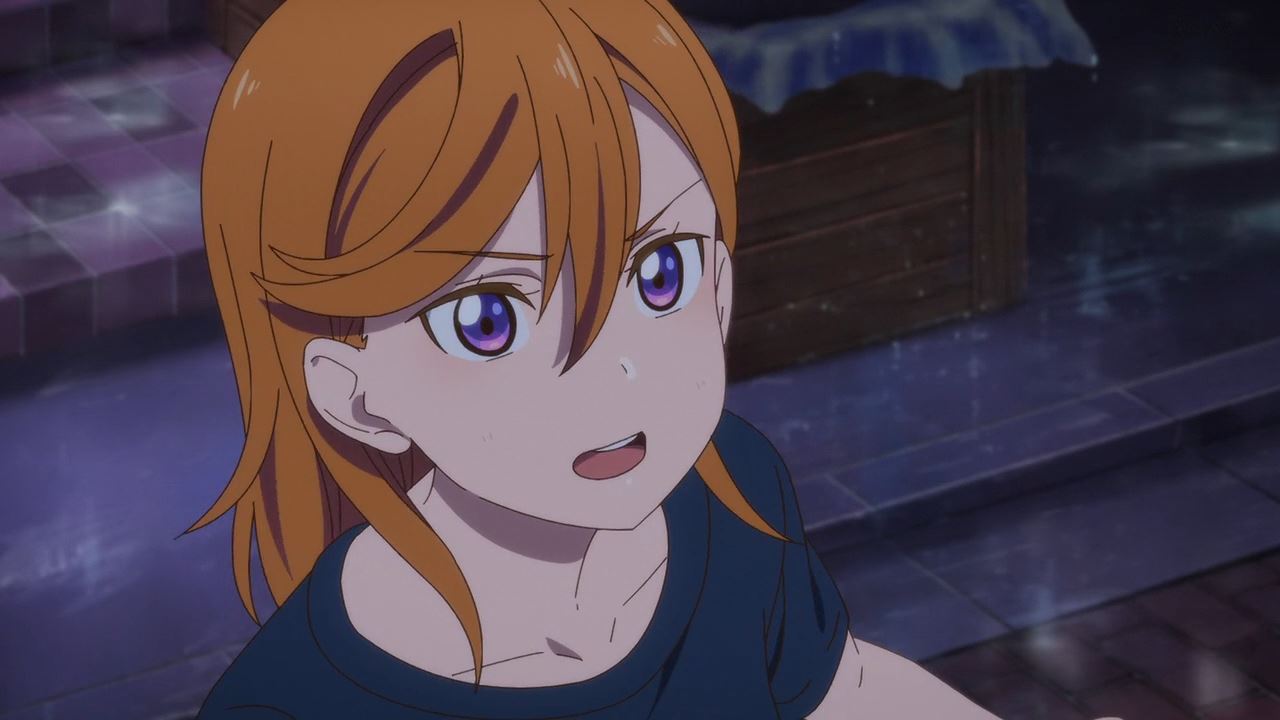 Of course, Kanon will prove to Wien that the Love Live! competition isn’t all about results as there’s more than that.

Then again, I think Kanon Shibuya and the rest of Liella should focus on moving onto the next stage as they can’t let this arrogant fool get away with winning everything. 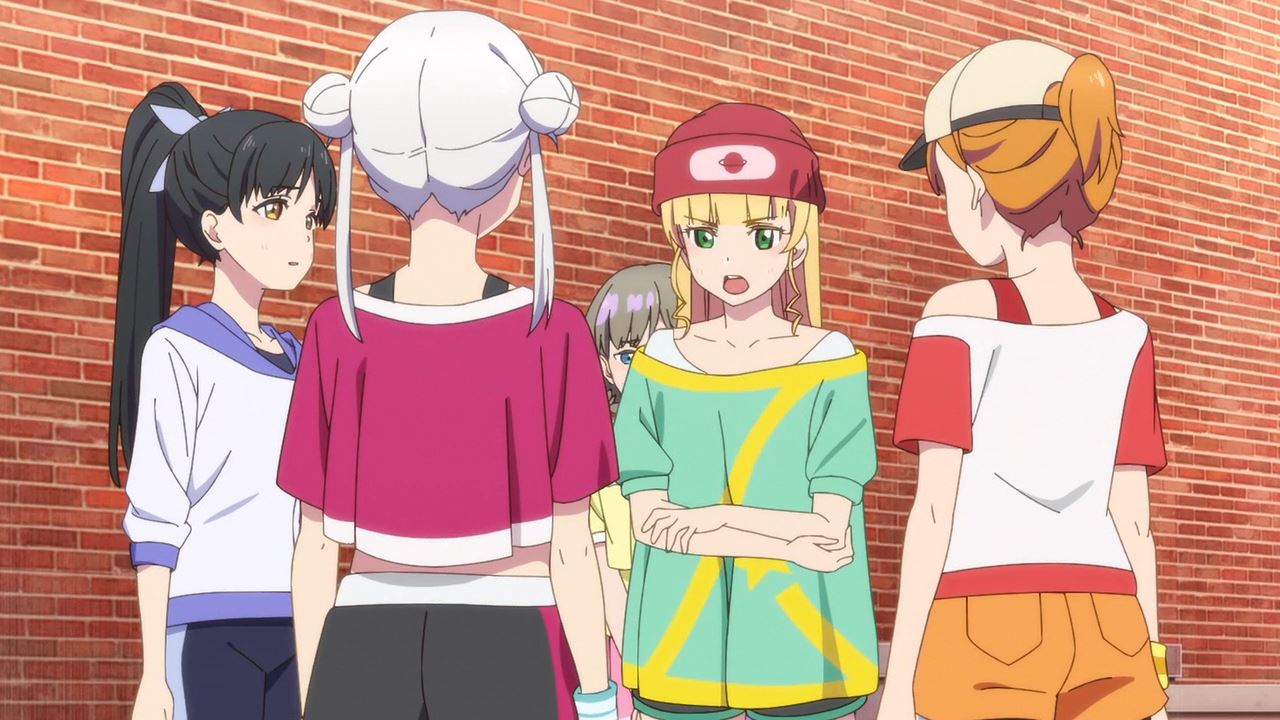 Now then, looks like Yuigaoka Girls’ Academy’s school idol club decided to take some drastic measure as Sumire Heanna told everybody that the 2nd year students will perform in the upcoming round.

Okay Heanna-san, you’re trying to be like OniNatsu with that school year divide again! 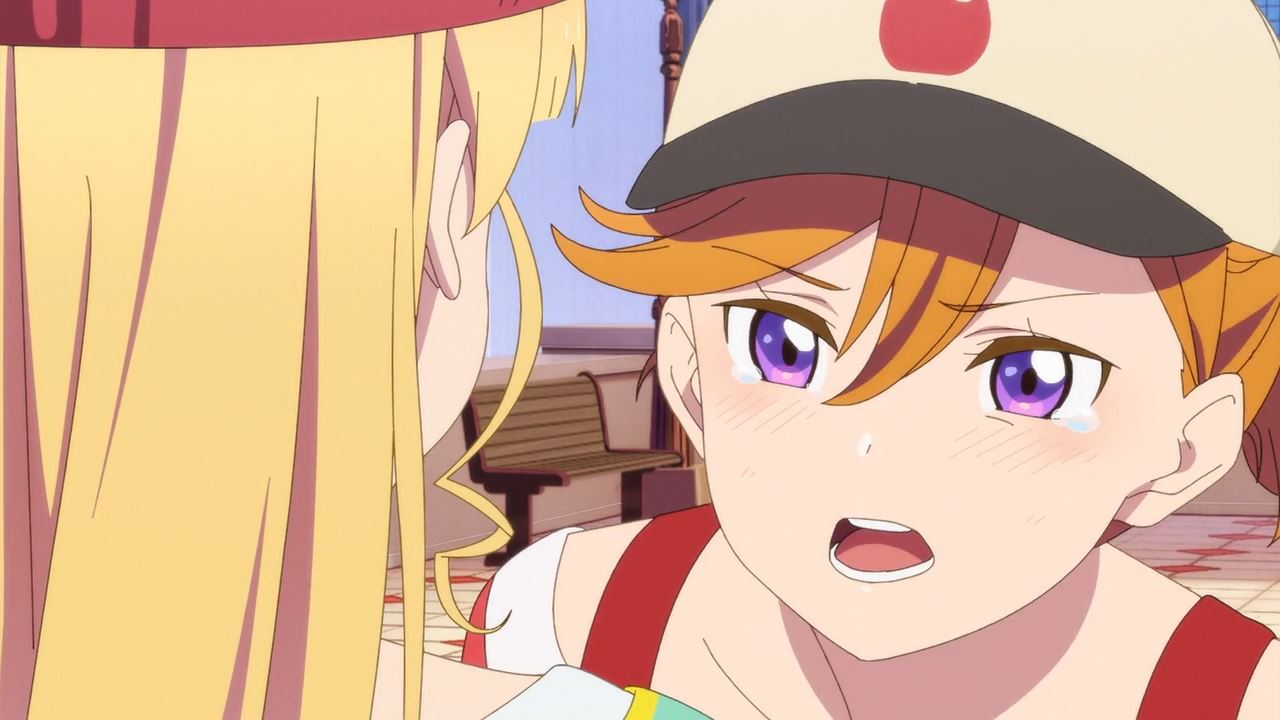 Even Kanon Shibuya called Sumire out for her ridiculous idea as they want all 9 idols to perform together in the next round.

Of course, Sumire is worried that if they lose in the next round, Keke Tang will go back to China. Hence, she proposed to have the original 5 members of Liella to perform if they want to have a shot in the competition. 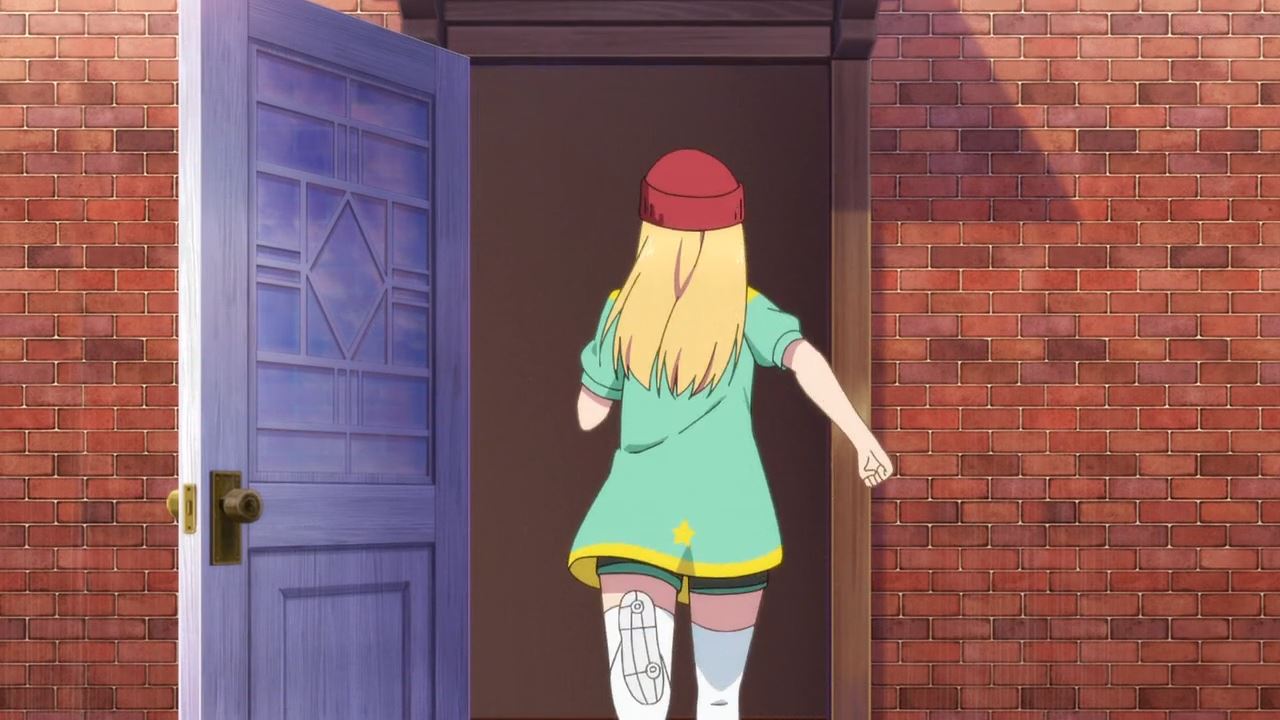 But anyways, Sumire Heanna made a hissy fit and went outside. Ugh, Liella can’t afford to fight over petty things like which member is gonna perform on the next round. 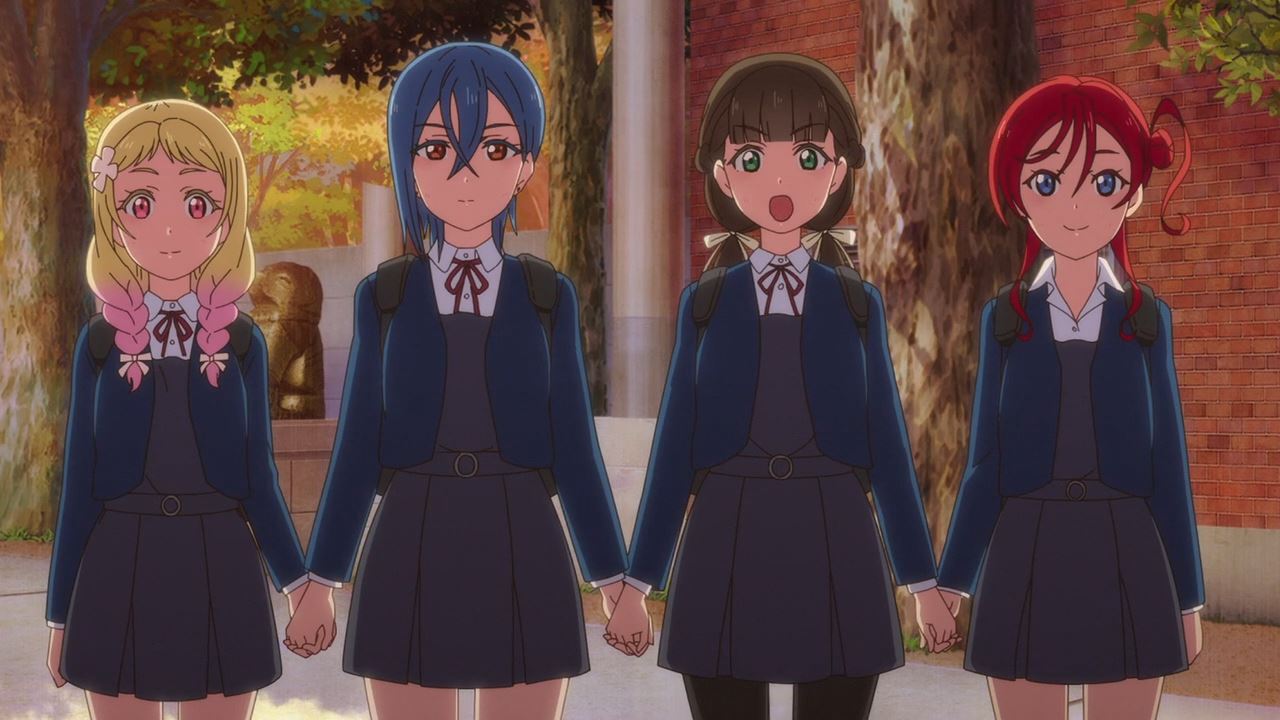 And speaking of the 1st year students, sure that they have a large skill gap between them and their seniors, but they can catch up with them as Kinako Sakurakoji and the rest went to Sumire-sempai and told her that they’ll train harder. 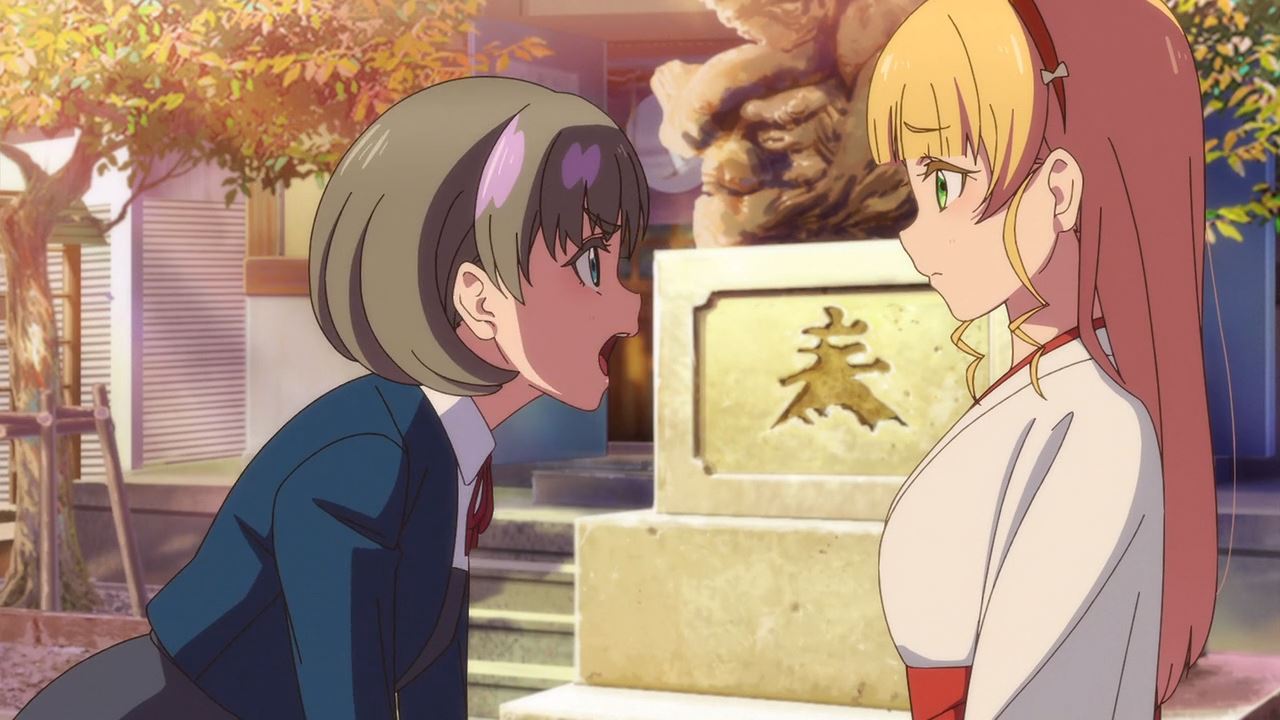 Also, here’s Keke Tang where she told Sumire Heanna that all 9 members of Liella will sing and dance together. C’mon, the senior members need to put their faith onto their junior members if Liella will have a shot at winning Love Live! 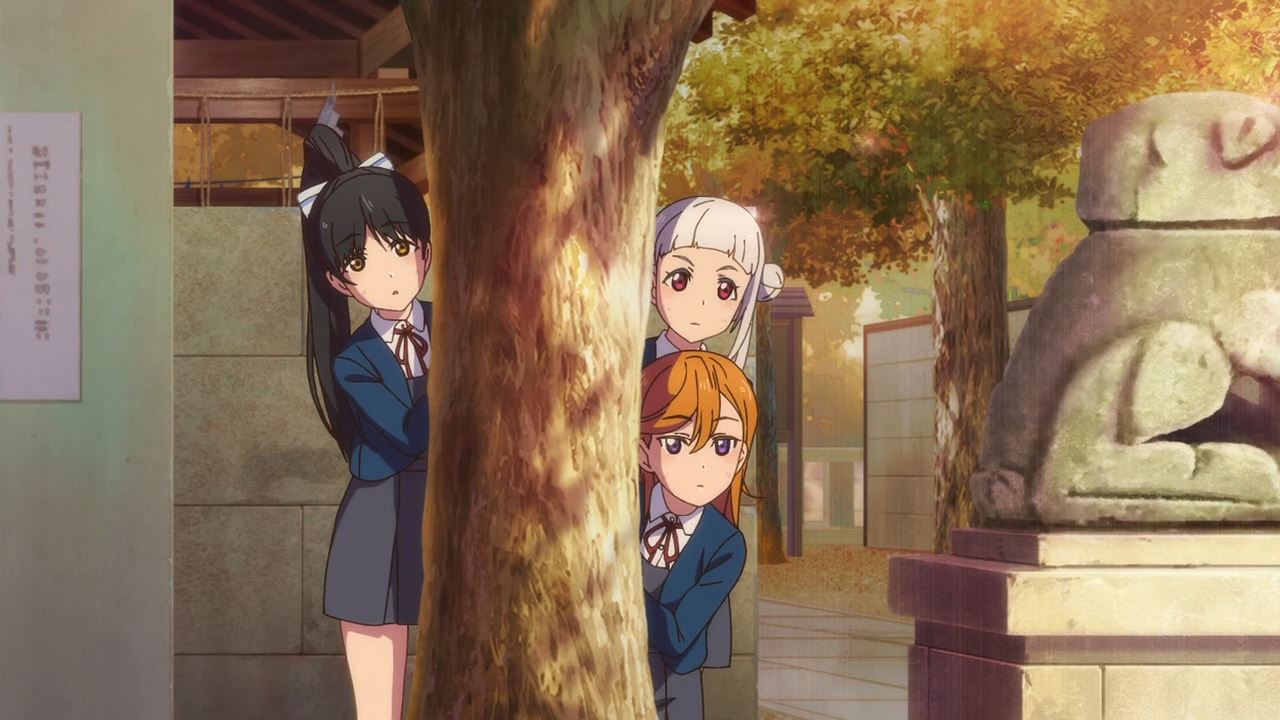 One more thing, here’s the rest of Liella as Kanon Shibuya, Chisato Arashi, and Ren Hazuki are hiding behind a tree as they’ll about to learn Keke’s dilemma in going back to her own country empty-handed as told by Sumire. 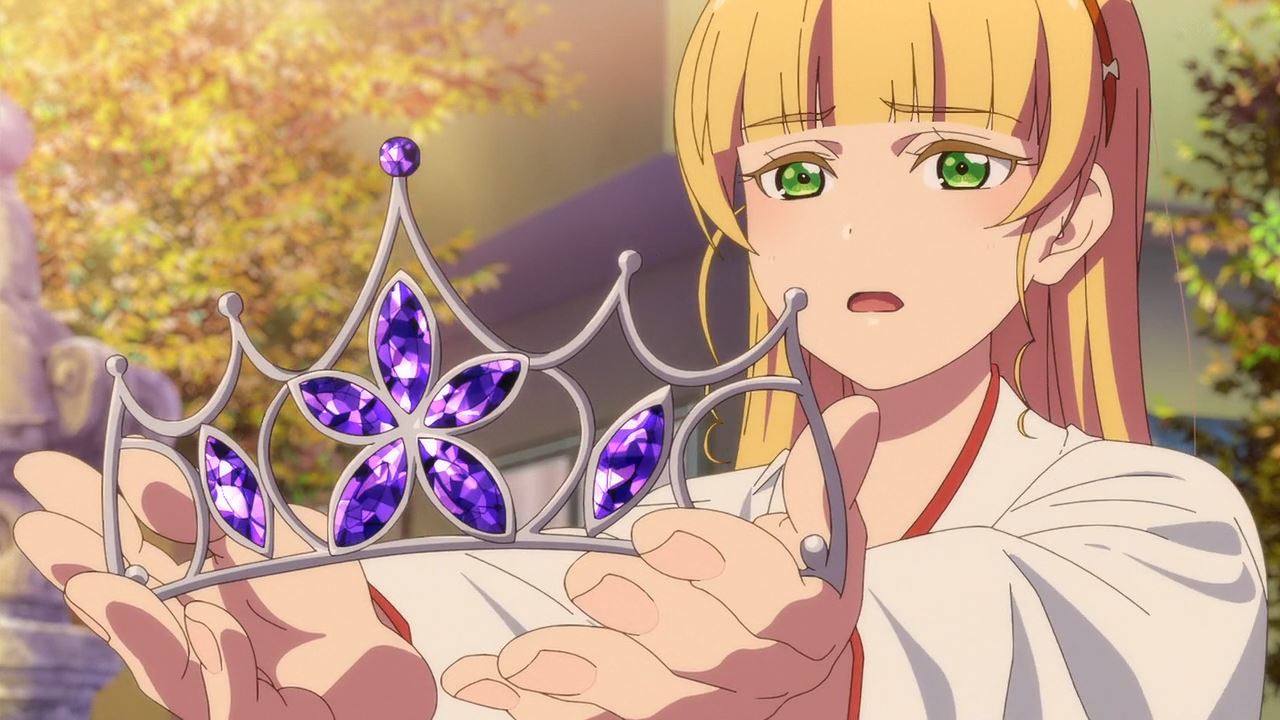 And speaking of Sumire Heanna, looks like she wants to repay the favor by giving the crown to Keke Tang. Man, it’s like that famous “you dropped this, queen” meme I’ve seen most of the time.

But memes aside, it’s nice that Sumire wants to help Keke as she doesn’t want to lose a dear friend who give her the courage to become a center. 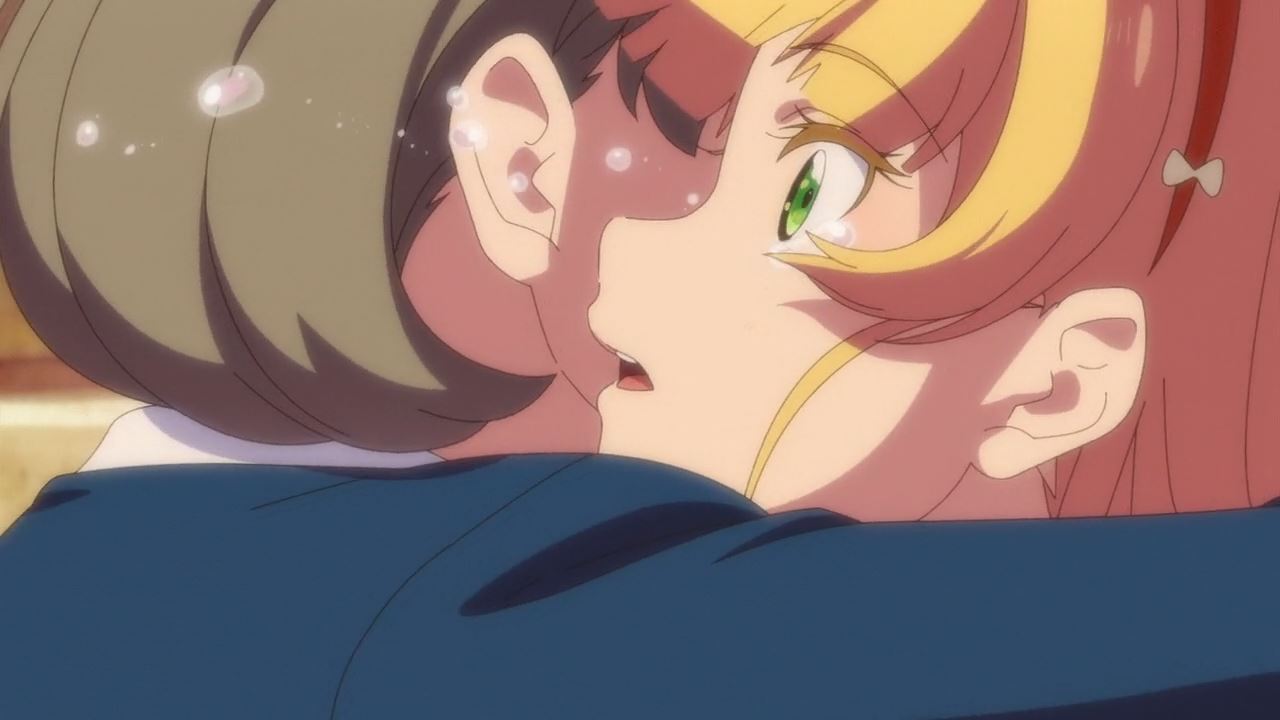 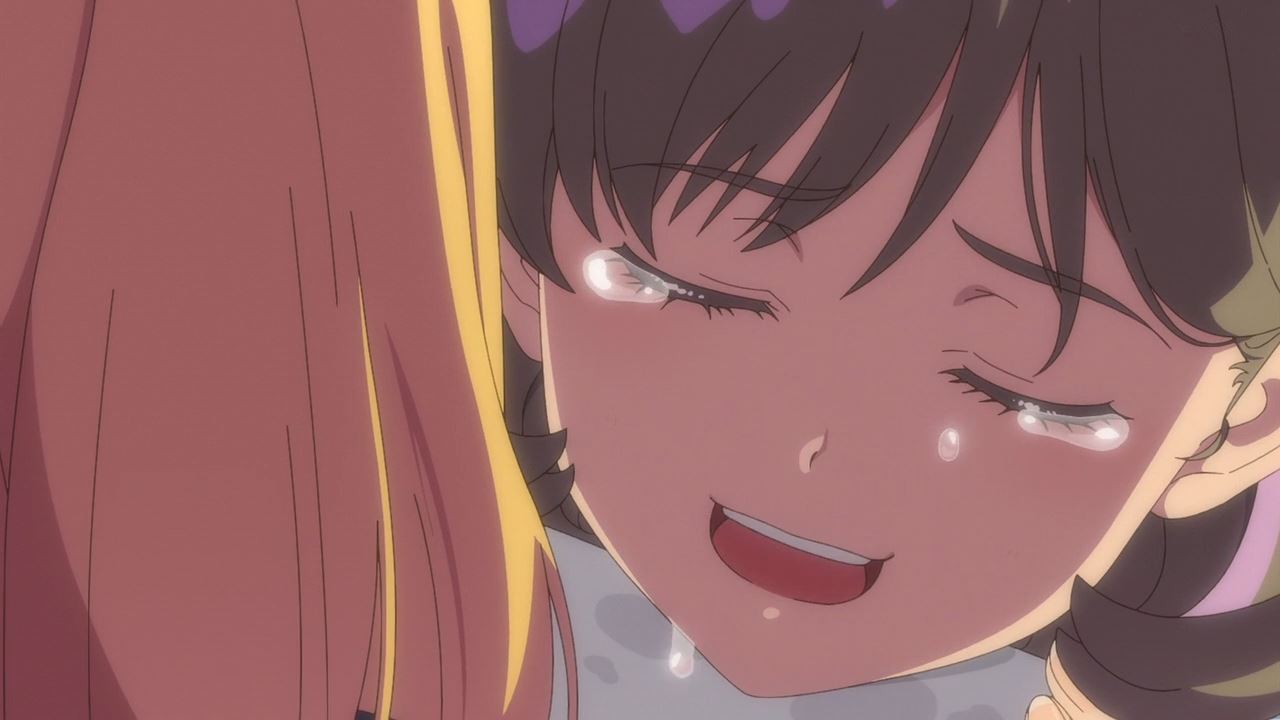 And now, it’s time for Keke Tang to give a big warm hug to Sumire Heanna. This moment gives me those Kanan Matsuura and Mari Ohara vibes back then.

But yes, looks like Keke won’t go back to her home country for the time being as she wants to spend more time with her companions until graduation. 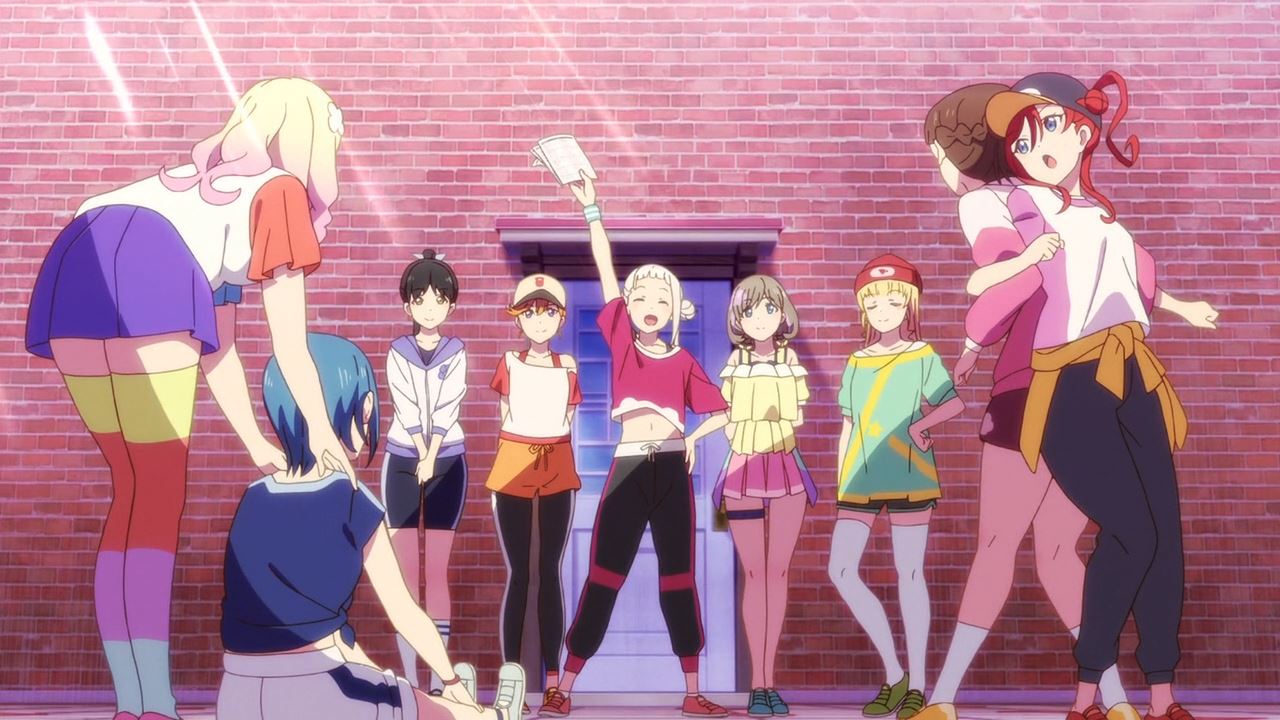 Anyways, this episode is a turning point for Love Live! Superstar!! Season 2 where Liella’s primary rival Sunny Passion got eliminated by Wien Margarete. How will they deal against a gifted middle school student is up to them.

Meanwhile, I’m glad that Keke’s issue on going back to China is resolved as Sumire convinced her to stay in Japan until graduation. They even end up hugging each other like a yuri couple! Of course, I really wish Keke would tell everybody that her parents are urging her to return to her own country instead of having Sumire keep it as a secret.

Now then, looks like the next episode will be the all-important training camp for Yuigaoka Girls’ Academy’s school idol club. Let’s hope that Liella will become stronger as before!