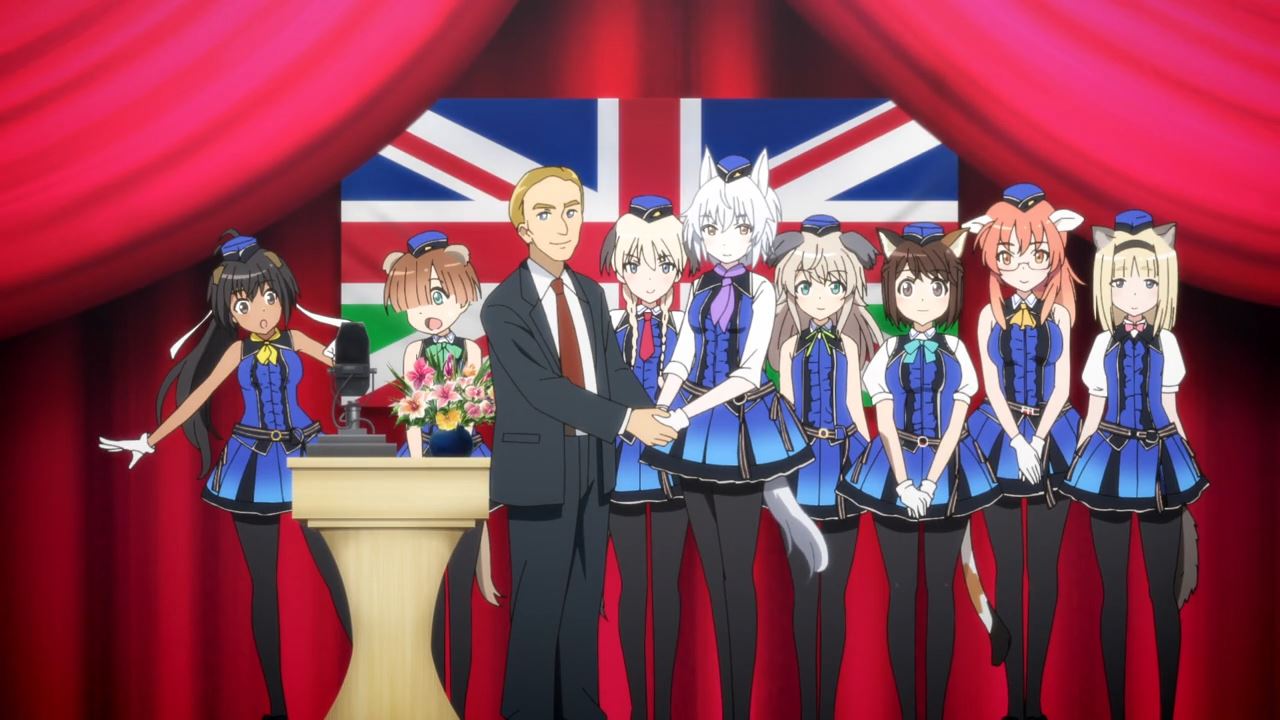 Let’s begin this episode in Britannia where the Luminous Witches received various awards and recognition for bringing hope across the world against the Neuroi threat.

While it’s nice that the 72nd Aviation Magic Band are getting noticed for their efforts in motivating everyone, the real heroes are the 501st Joint Fighter Wing where they destroyed a Neuroi nest in Gallia. But we’ll get to that later… 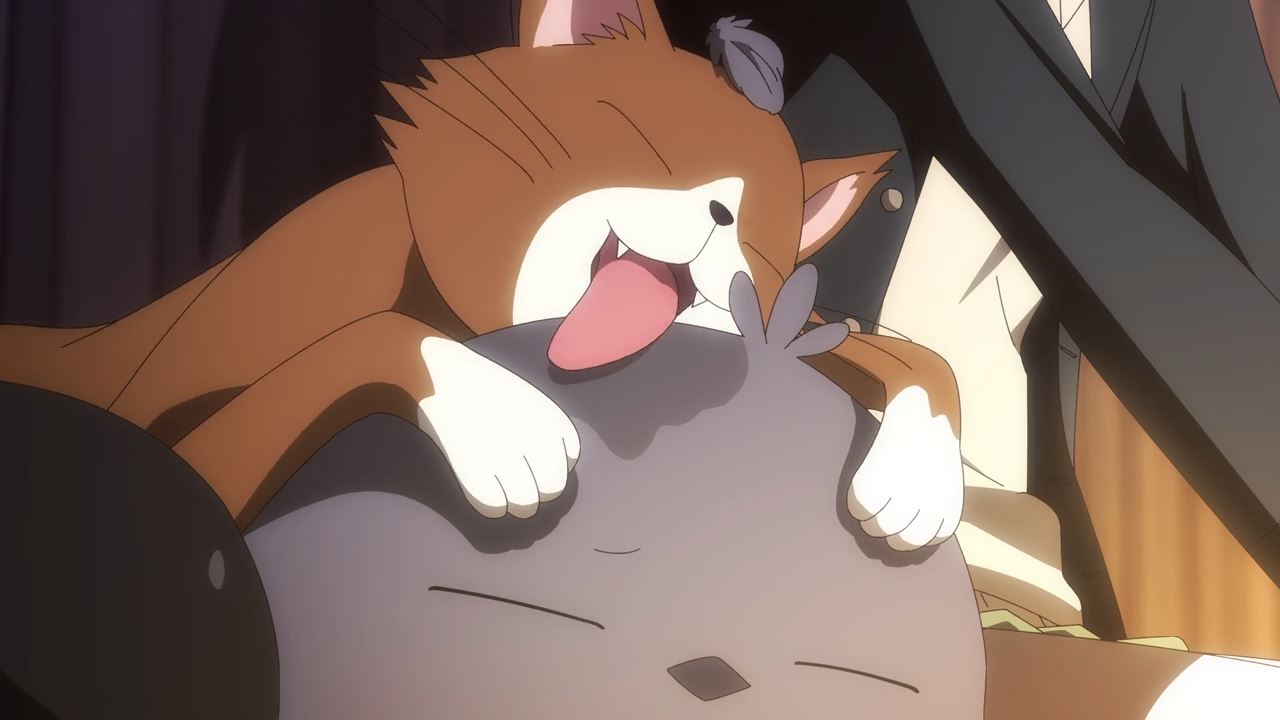 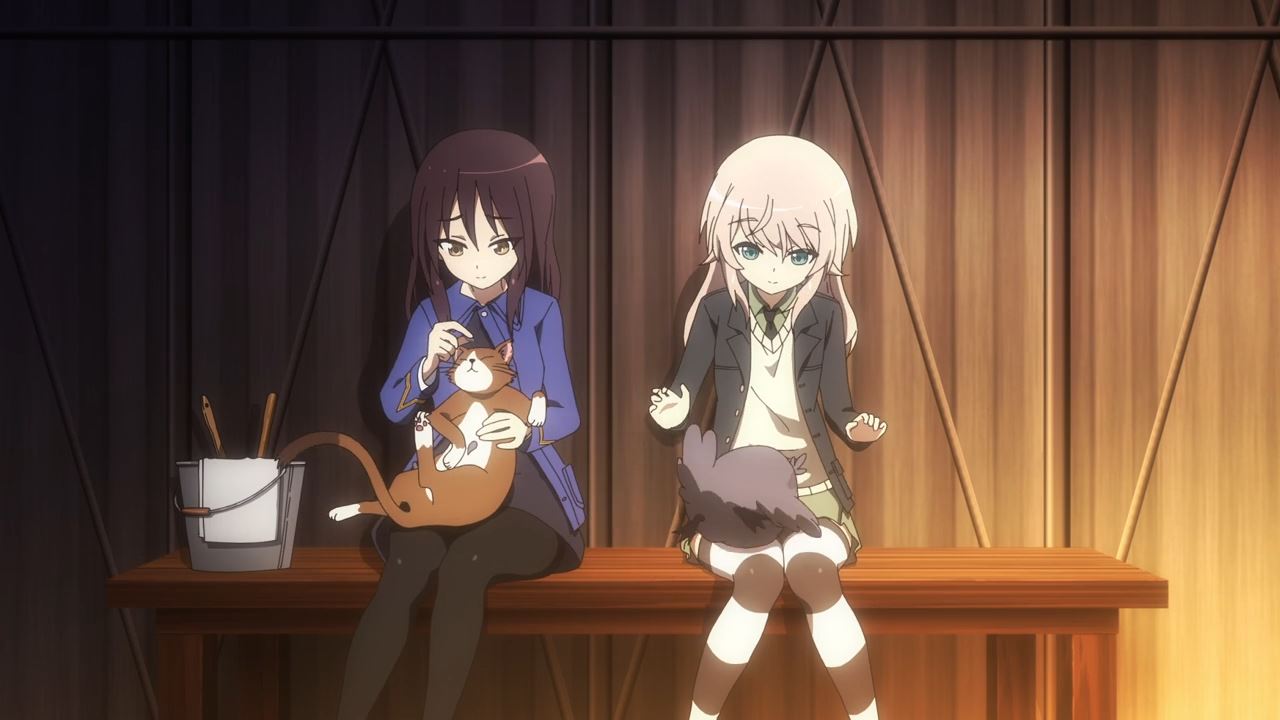 In any case, this episode will focus on both Eleonore Giovanna Gassion and Virginia Robertson where the former is longing to return to her home country while the latter wants to bring Moffy back to its companions. 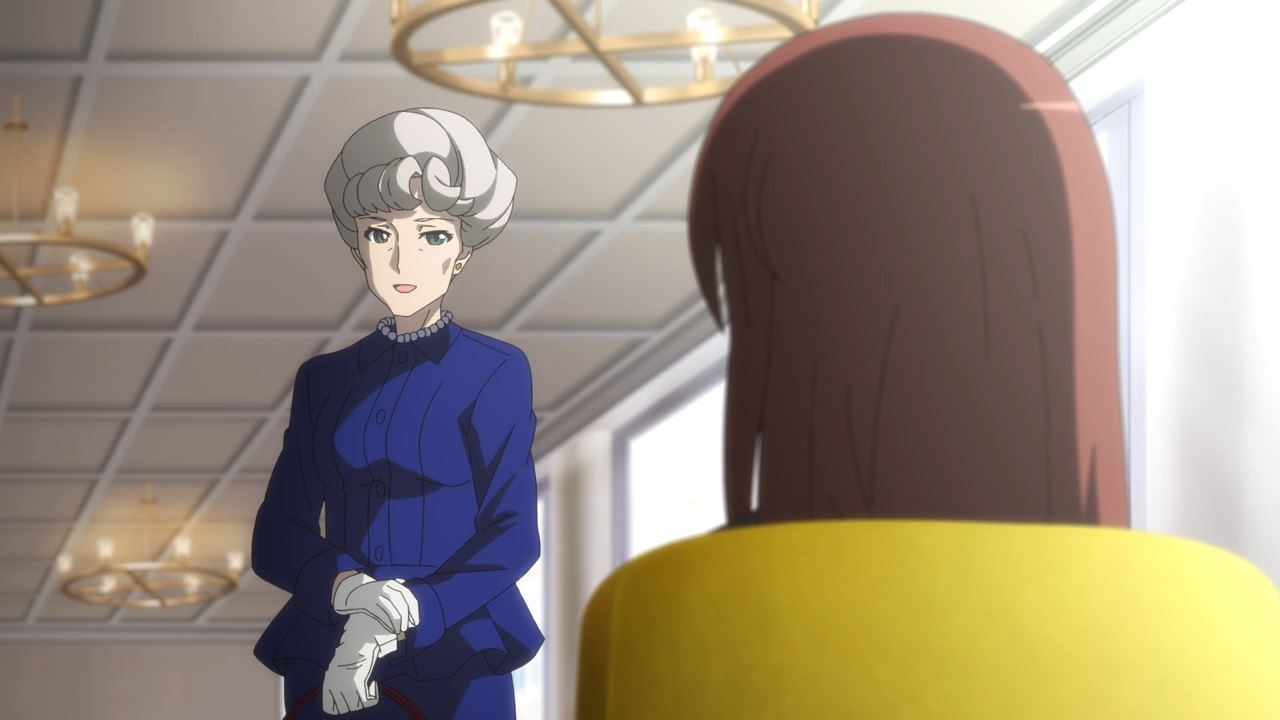 Meanwhile, here’s Felicia Louisa Gresley where she returns to have a nice chat with Commander Grace Maitland Steward. 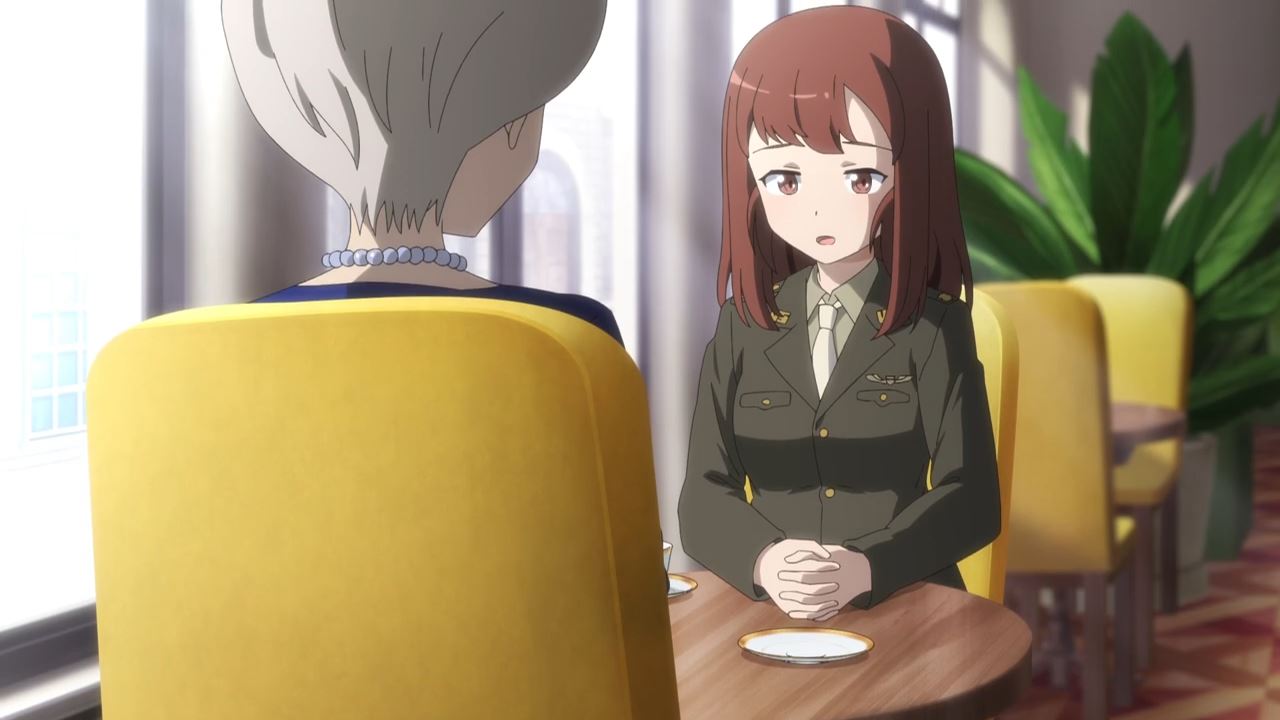 Unfortunately, Commander Gracie is stuck between a rock and a hard place right now as she’s concerned about the transfer orders she received for Virginia Robertson.

While the higher-ups wanted Virginia Robertson to be sent to the front-lines due to her combat performance as a night witch, the commander of the Luminous Witches wanted Ginny to stay due to her excellent singing voice. 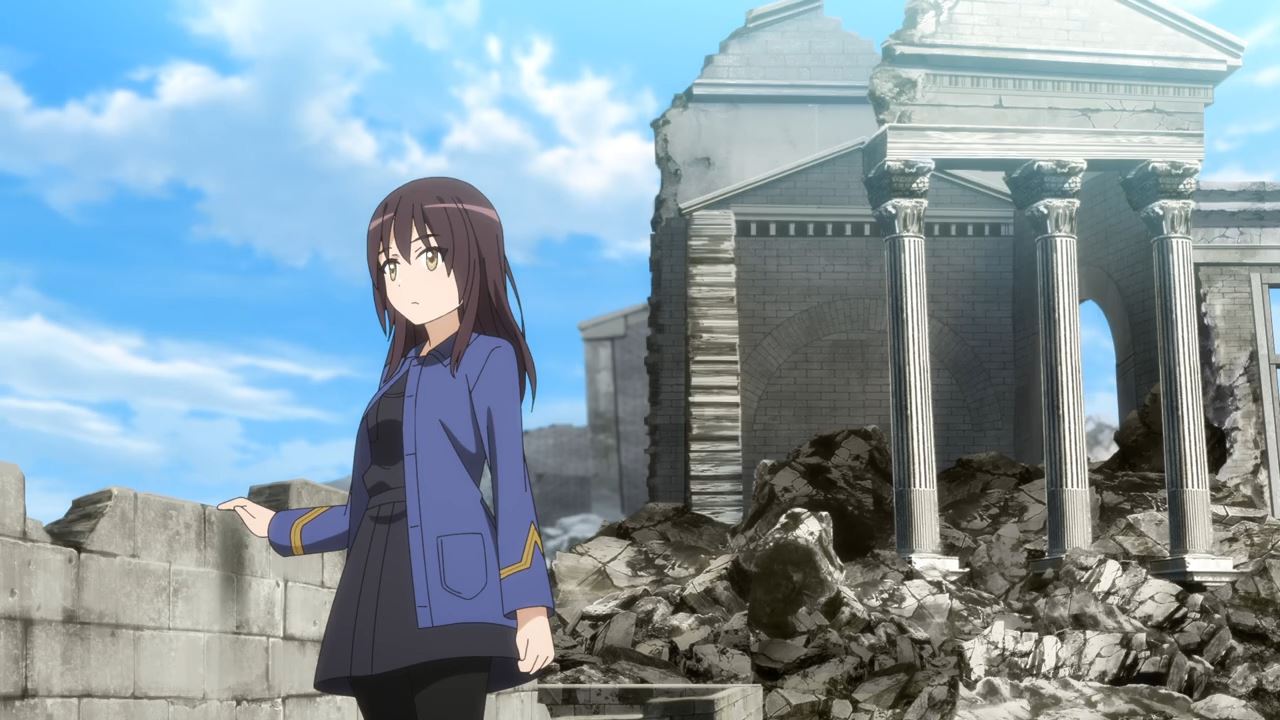 Now let’s move onto the next scene where the 72nd Aviation Magic has arrived in Gallia after the 501st Joint Fighter Wing destroyed a Neuroi nest. Of course, it’ll take lots of time to reconstruct the entire country back to its original glory.

Anyways, the public relations team wants to focus on Ellie since she’s from Gallia, therefore they want her to become the star of the show. But speaking of Eleonore Giovanna Gassion, she has some sad memories upon returning to her home country. 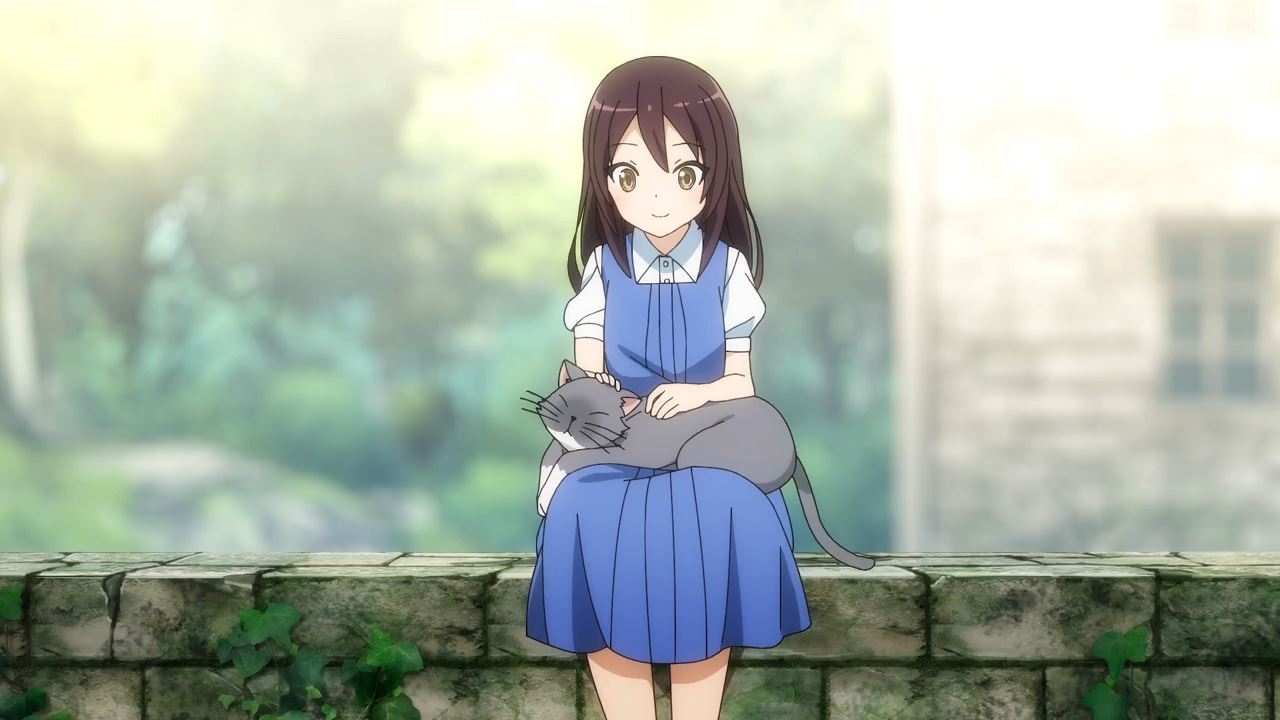 For one, Ellie encountered a stray cat with a gray fur and while she wanted to keep it as a pet, her parents refused as they don’t want any animal at their house.

In any case, Ellie has no other choice but to let the gray cat go. Of course, it’s not like she’ll ever see it again. 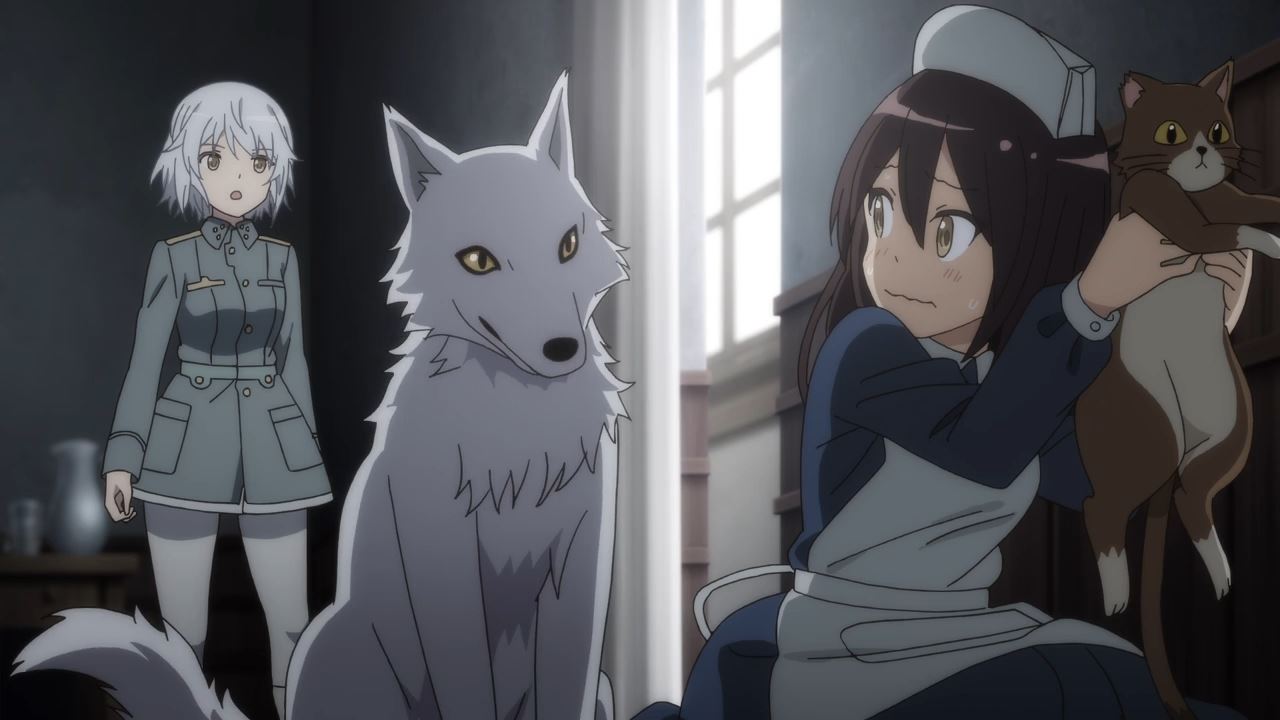 Afterwards, Eleonore was drafted as a combat nurse where she encountered Aila Paivikki Linnamaa and her wolf familiar Finn.

Also, Ellie found an orange cat but this one isn’t an ordinary feline… 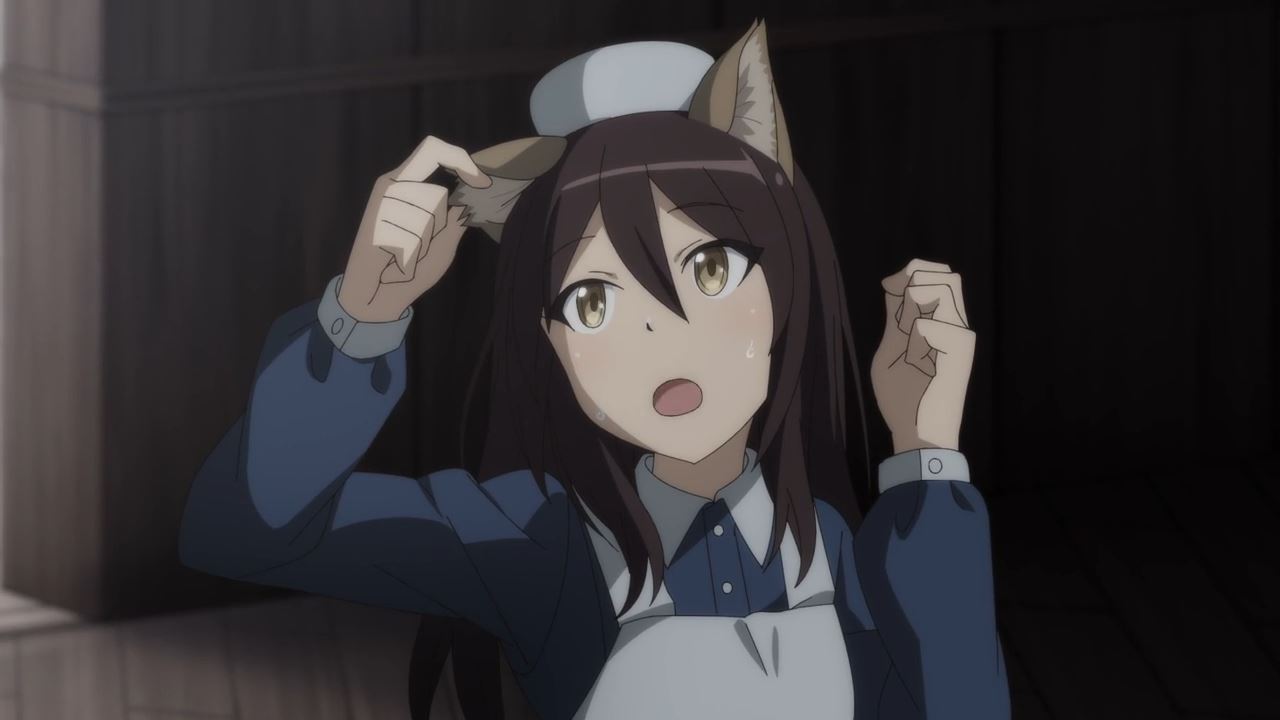 Turns out that it’s actually a familiar where the cat selected Eleonore Giovanna Gassion as its master, thus Ellie became a witch soon after.

Come to think of it, I wonder if Ellie’s familiar is actually related to the gray cat that she saw back then? I guess we’ll never know… 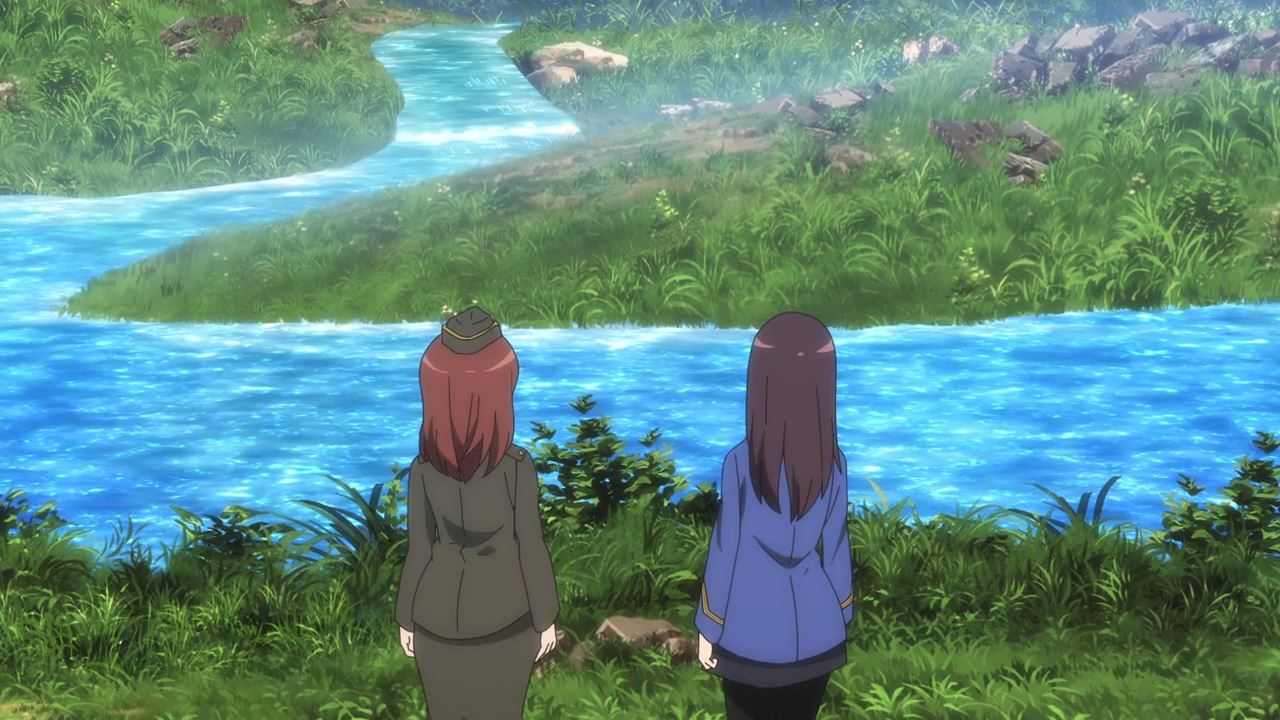 But let’s return to the present where Eleonore Giovanna Gassion went back to her hometown together with Commander Grace Maitland Steward.

For Ellie, this the place she truly belong where the singing witch from Gallia has some fond memories there, especially her encounter with the gray cat. 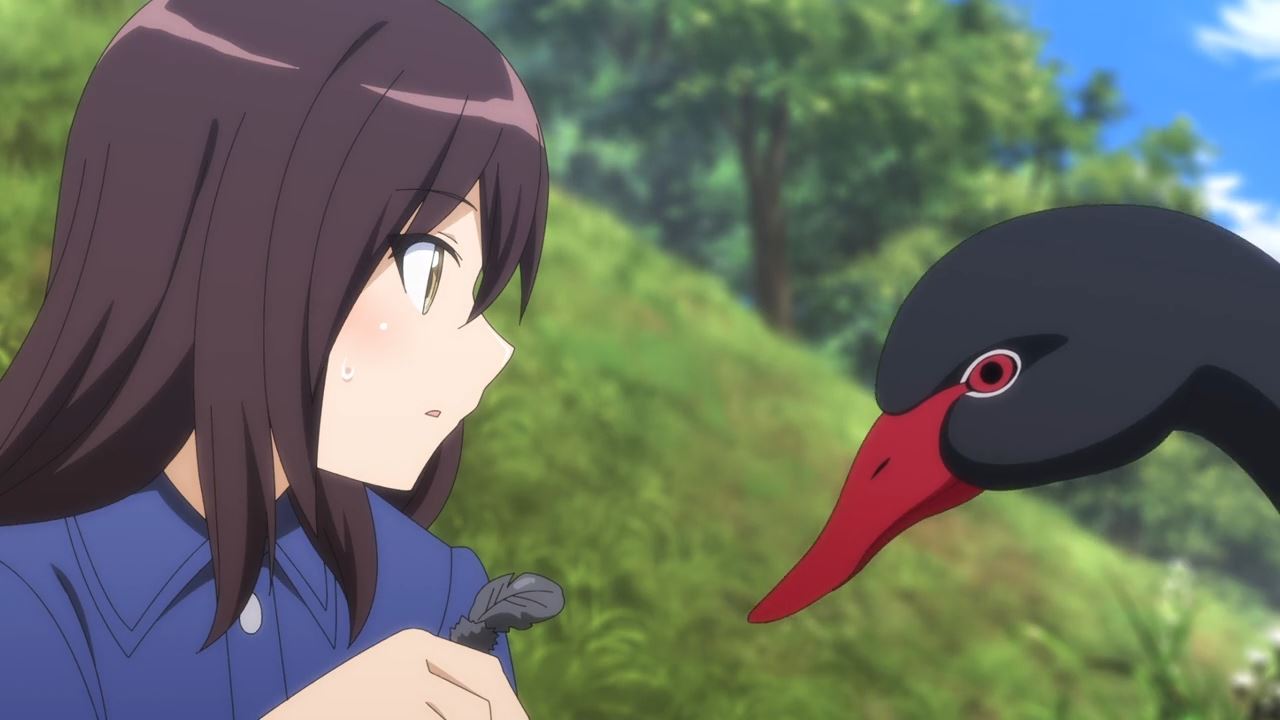 On the other hand, it appears that Ellie encountered a black swan where it recognized Moffy’s feather. I have a feeling that this swan is related to Ginny’s familiar in some capacity. 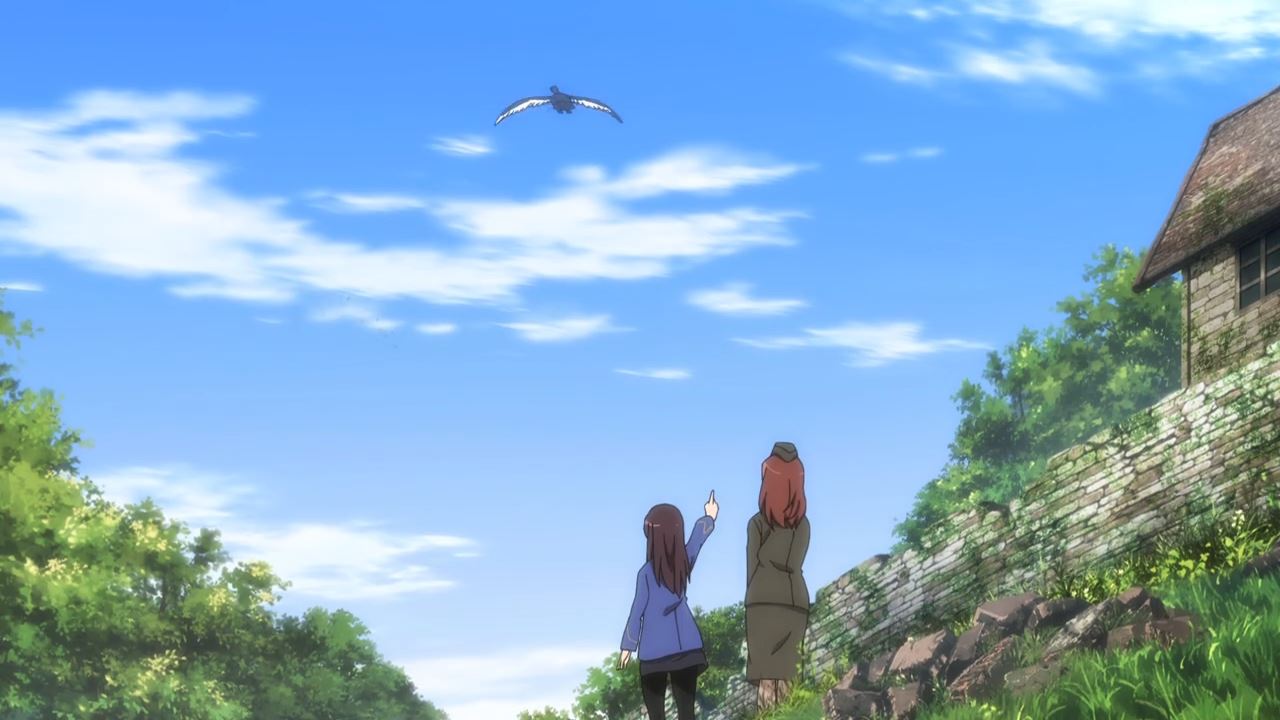 Regardless, looks like the black swans will return much later as they finally found their lost compatriot.

Of course, Ellie missed her opportunity to get an important item from those migratory birds… 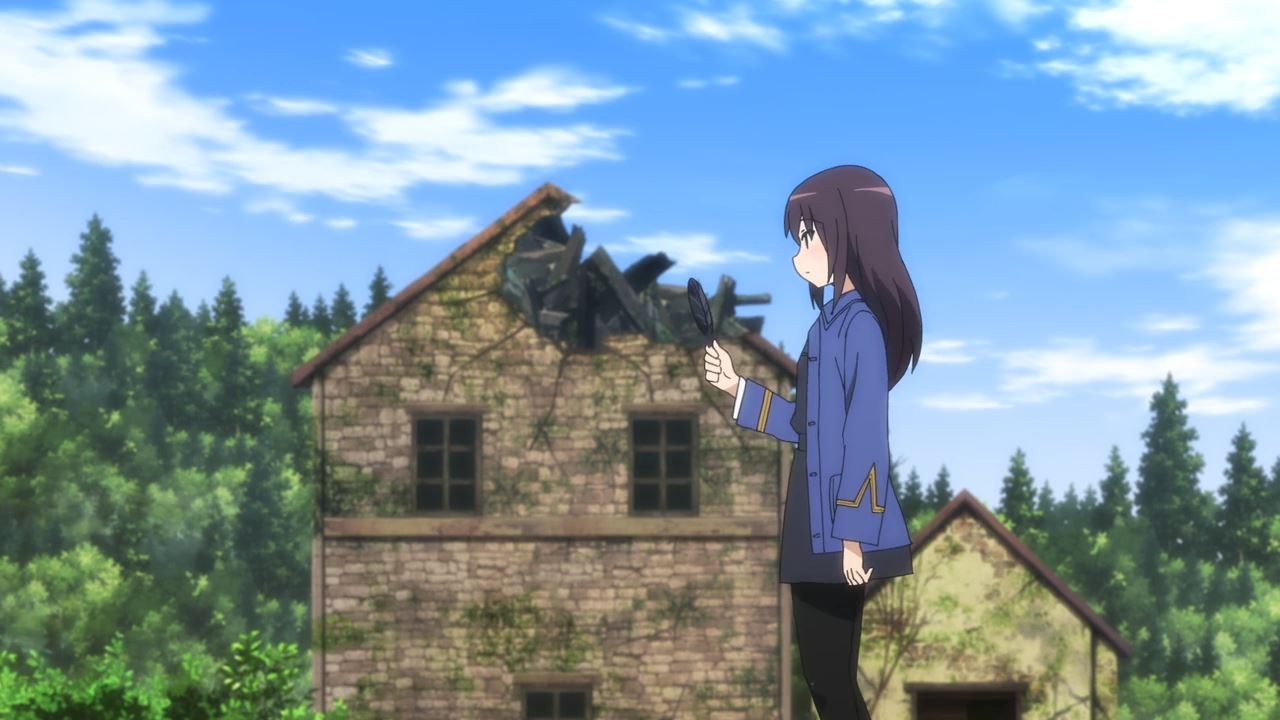 …until she stumbled upon a black feather which will be useful for Moffy to locate its fellow black swans.

Now that she found a clue regarding Moffy’s lost companions, I guess Ellie is done exploring her hometown, right? Nope, she still has some unfinished business. 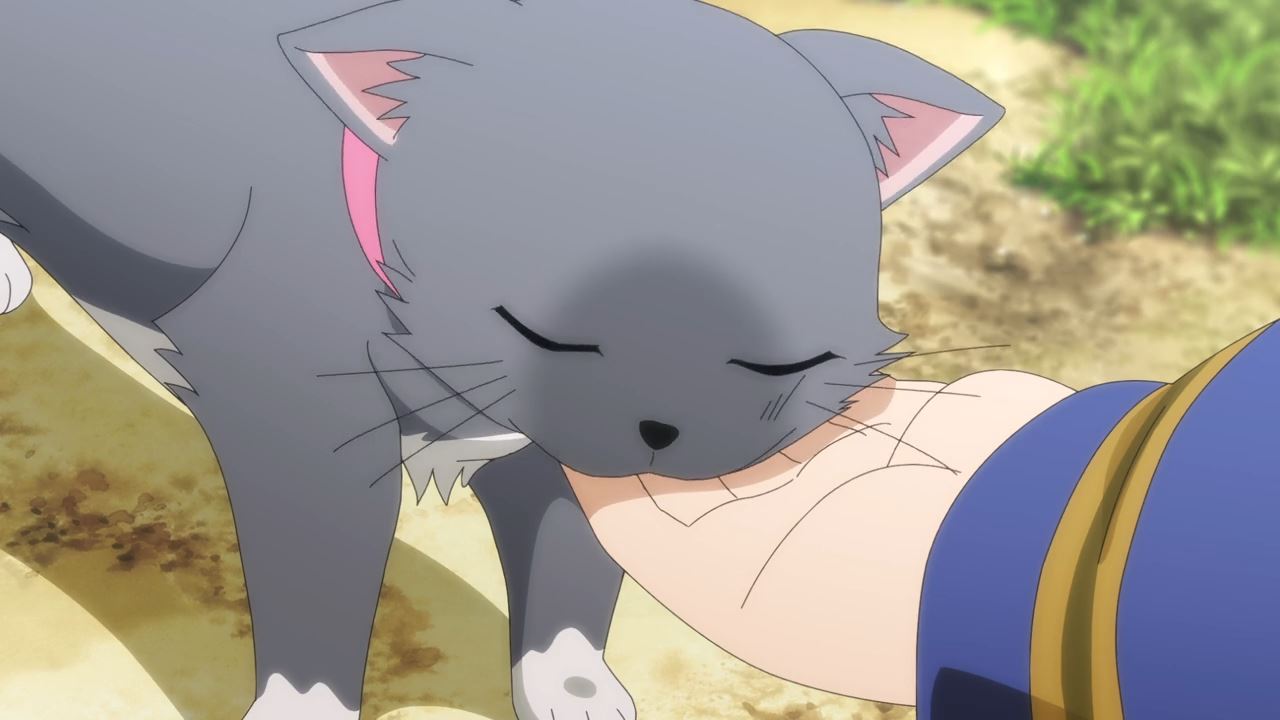 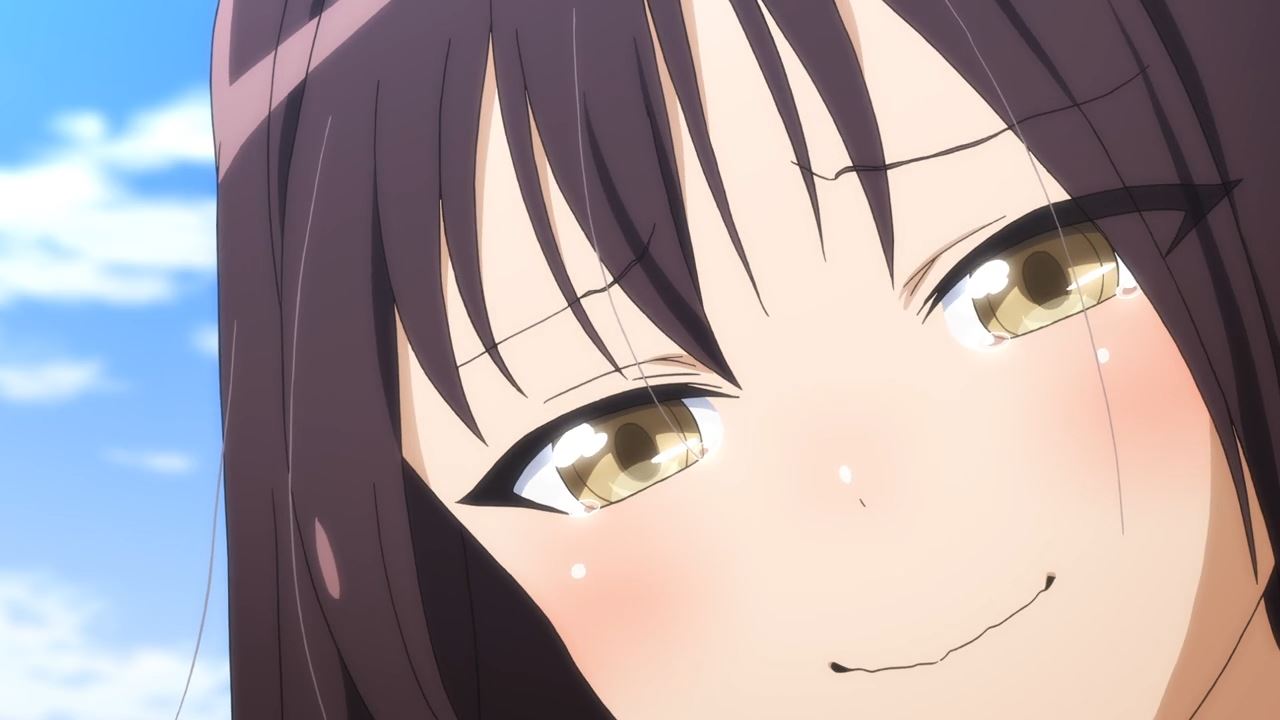 In fact, Ellie found the gray cat or should I say one of its offspring, as Ellie is happy to see some closure instead of having regrets for the rest of her life. 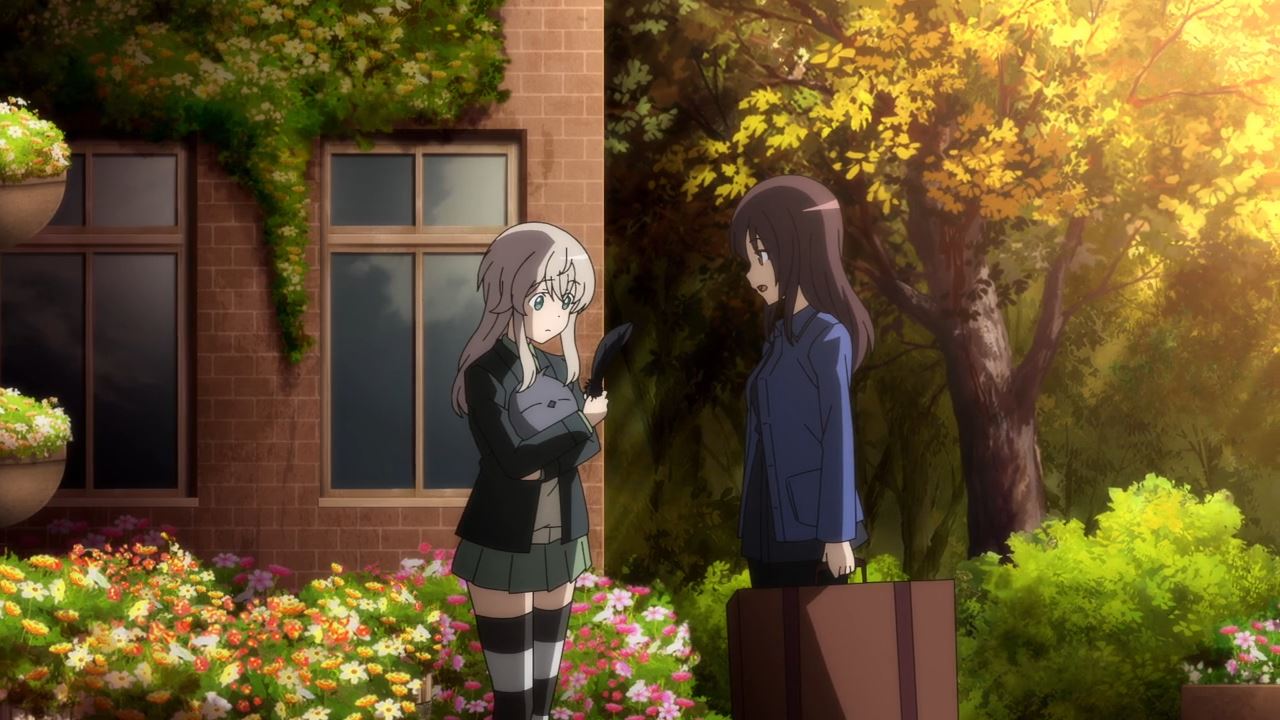 Now then, let’s return to Ellie where she gave the black swan feather to Ginny and told her that a flock of black swans recognized Moffy. The only thing they need to do is to find those migratory birds. 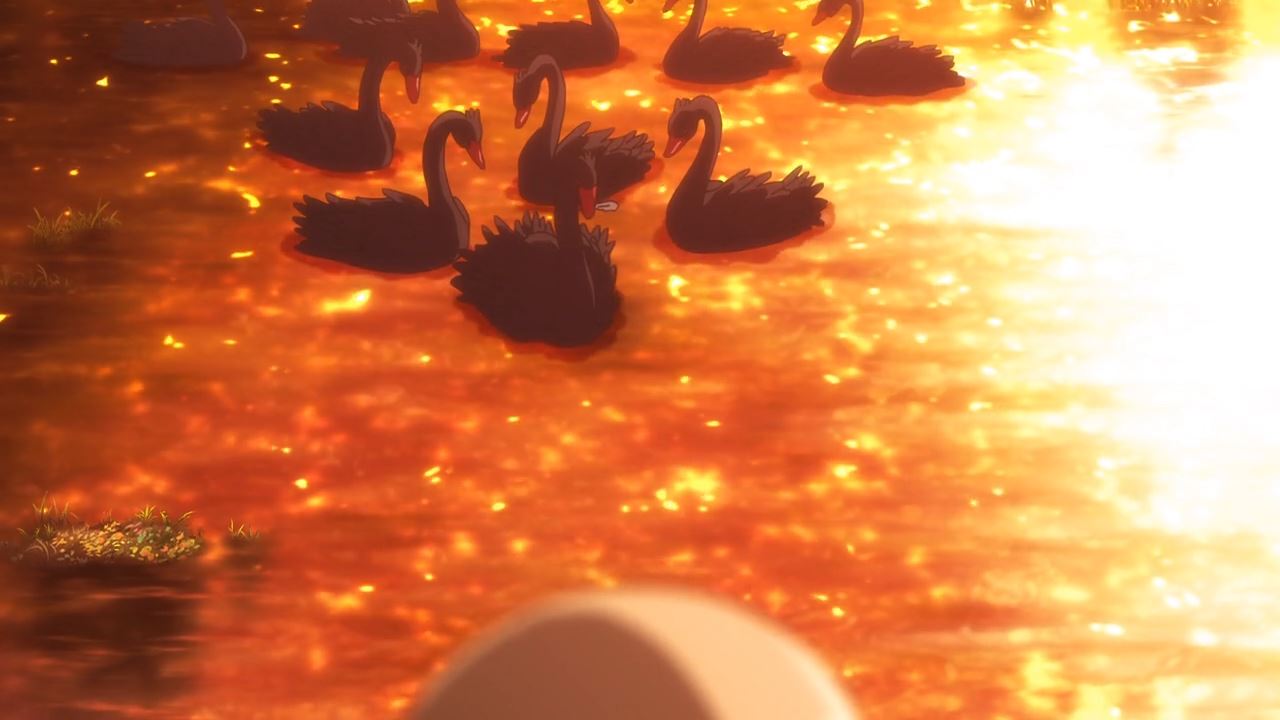 Fortunately, Ginny and the rest managed to locate a flock of black swans near the lake. It appears that these migratory birds are waiting for Moffy to come home. 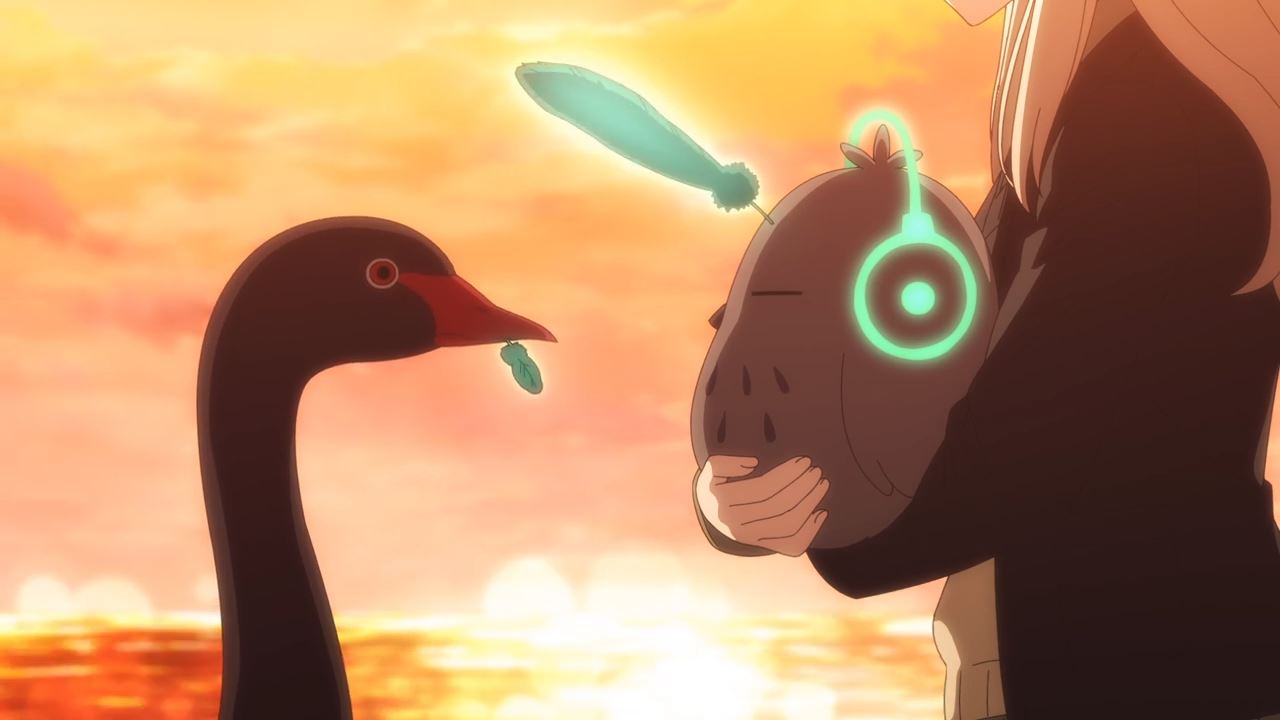 Heck, even the feather is reacting to Moffy as the black swans recognize Virginia Robertson’s familiar. 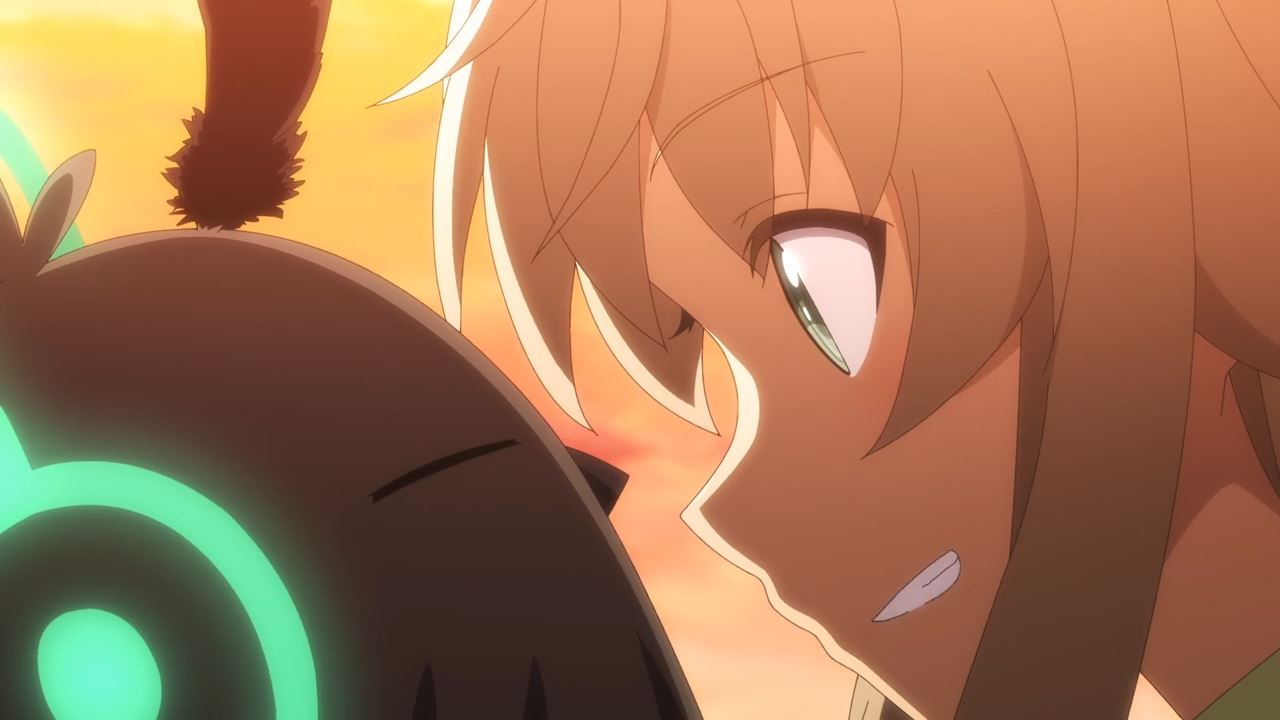 And now, it’s time for Ginny to share some parting words for Moffy where she’s happy to help her familiar return to its companions, all while meeting some amazing people along the way. I have to say that she has no regrets in releasing Moffy to the wild. 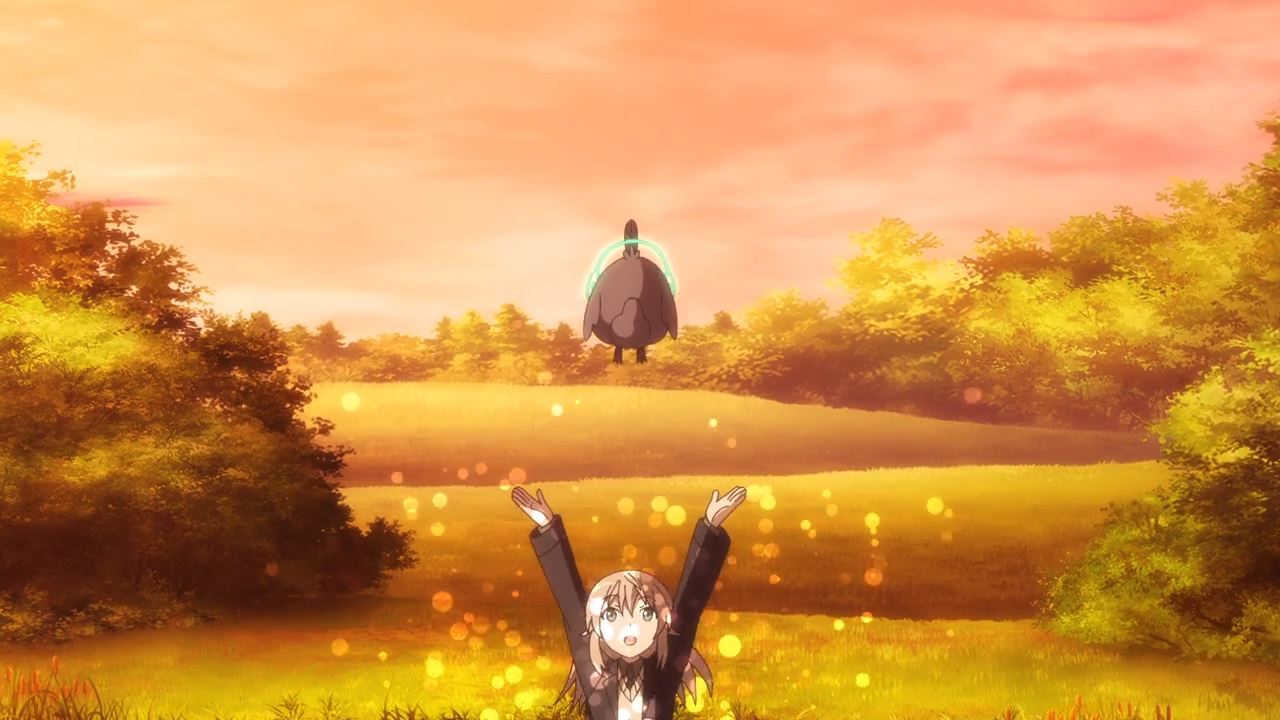 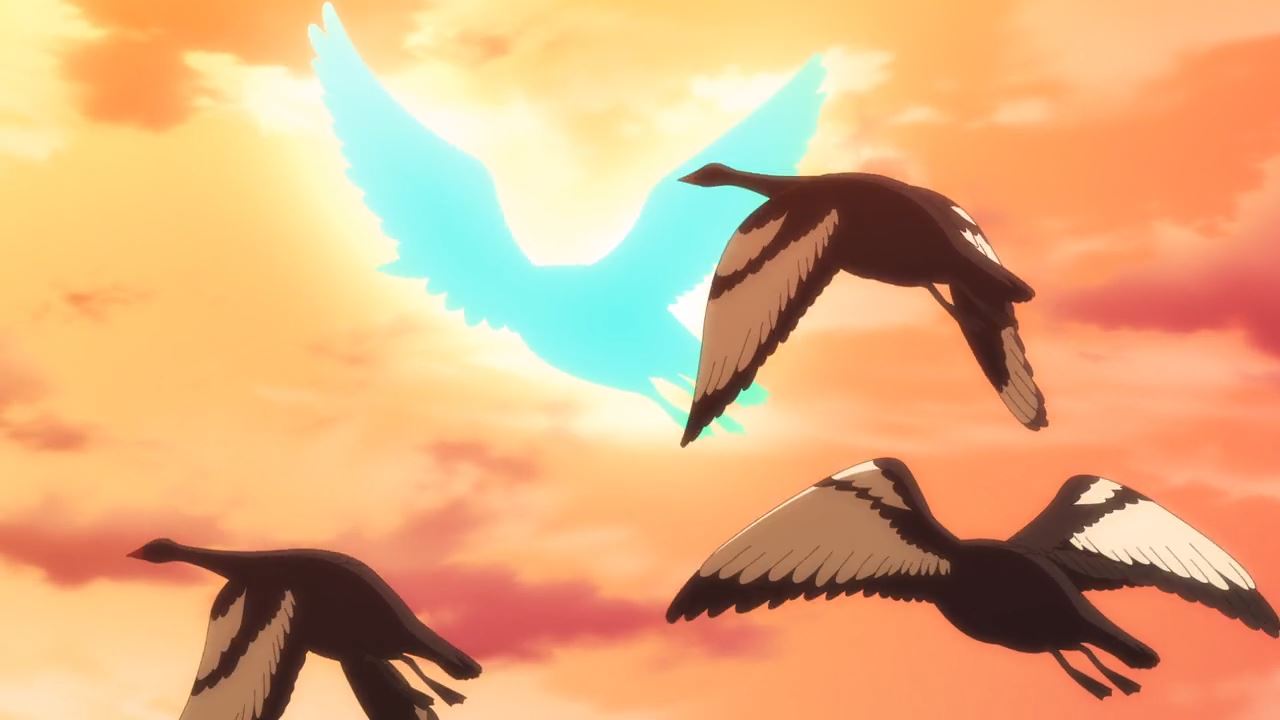 With that said, Virginia Robertson sets Moffy free as her former familiar returns to its family as a black swan. Of course, this means that Ginny no longer has magic powers anymore, meaning that the transfer orders is cancelled. 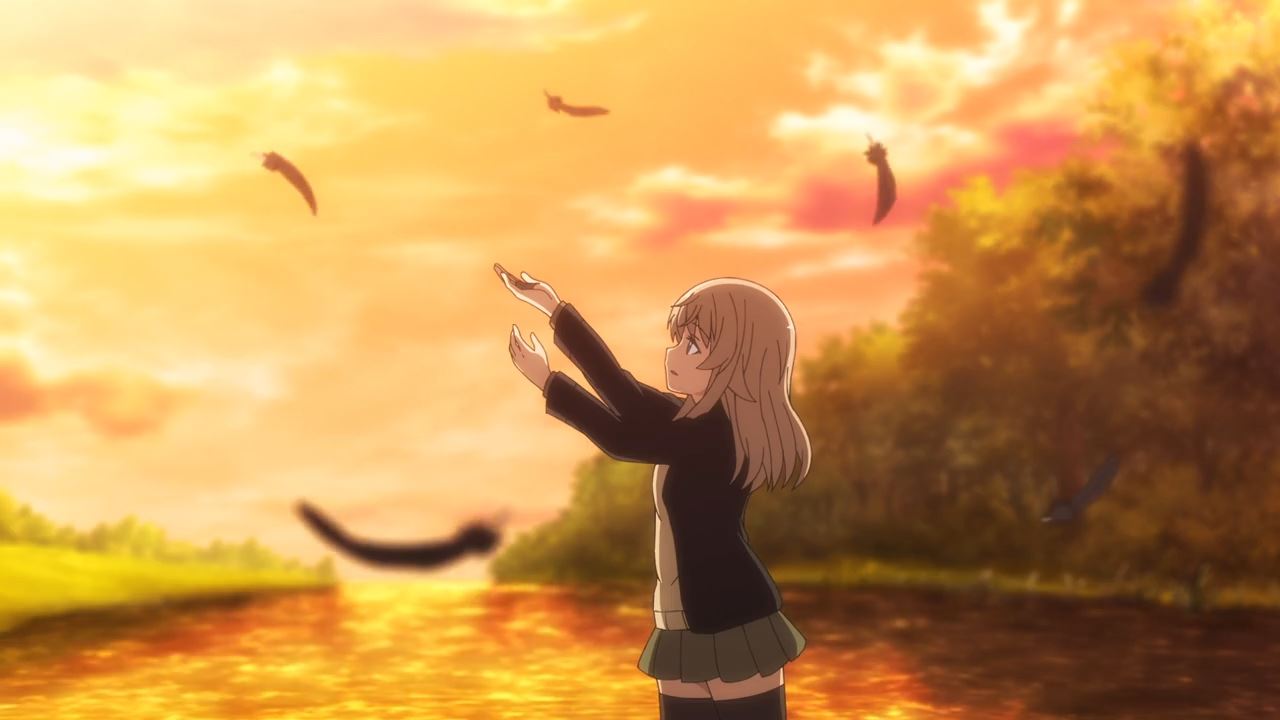 Sure that Ginny did the right thing in returning Moffy to its companion, but it’s sucks that she’s no longer a witch as the Luminous Witches lost one precious member.

Anyways, tune in next time as the 72nd Aviation Magic Band will head to Gallia for the final leg of their tour.