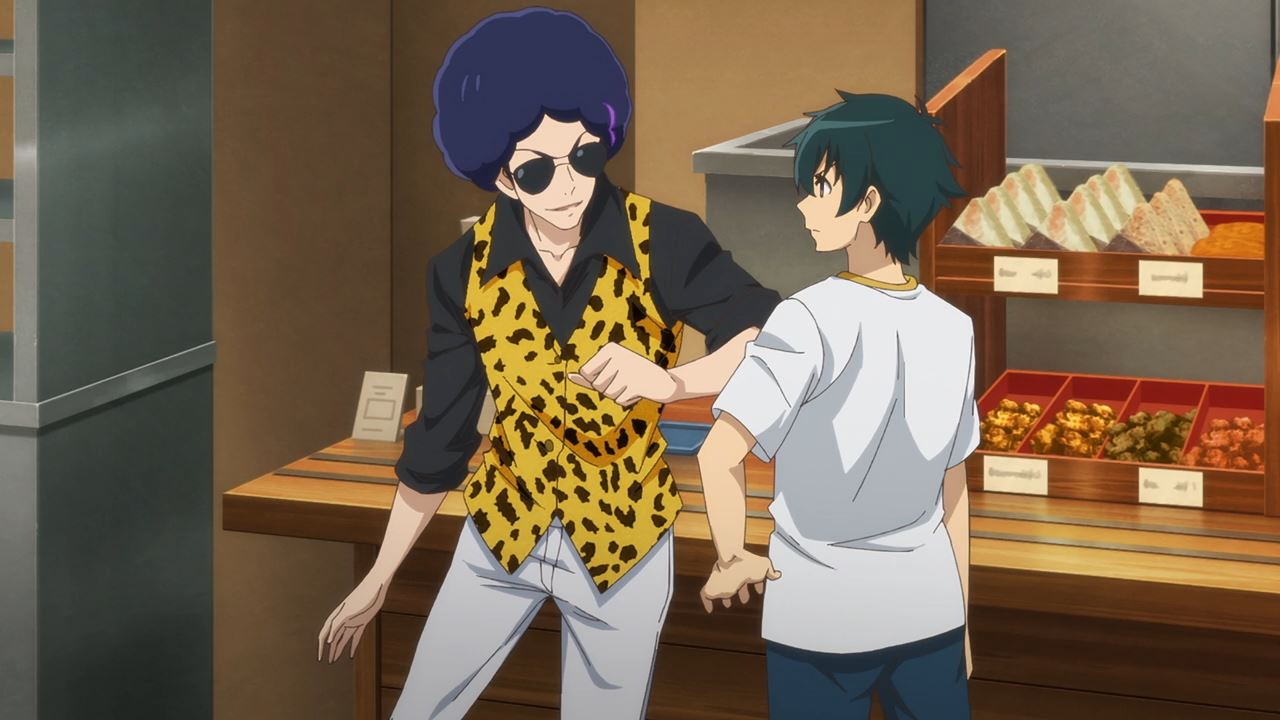 Well everyone, it’s time for Sadao Maou to get his television set, although he needs to deal with this funny-looking foreigner first who complains that there’s no fork on this udon restaurant. 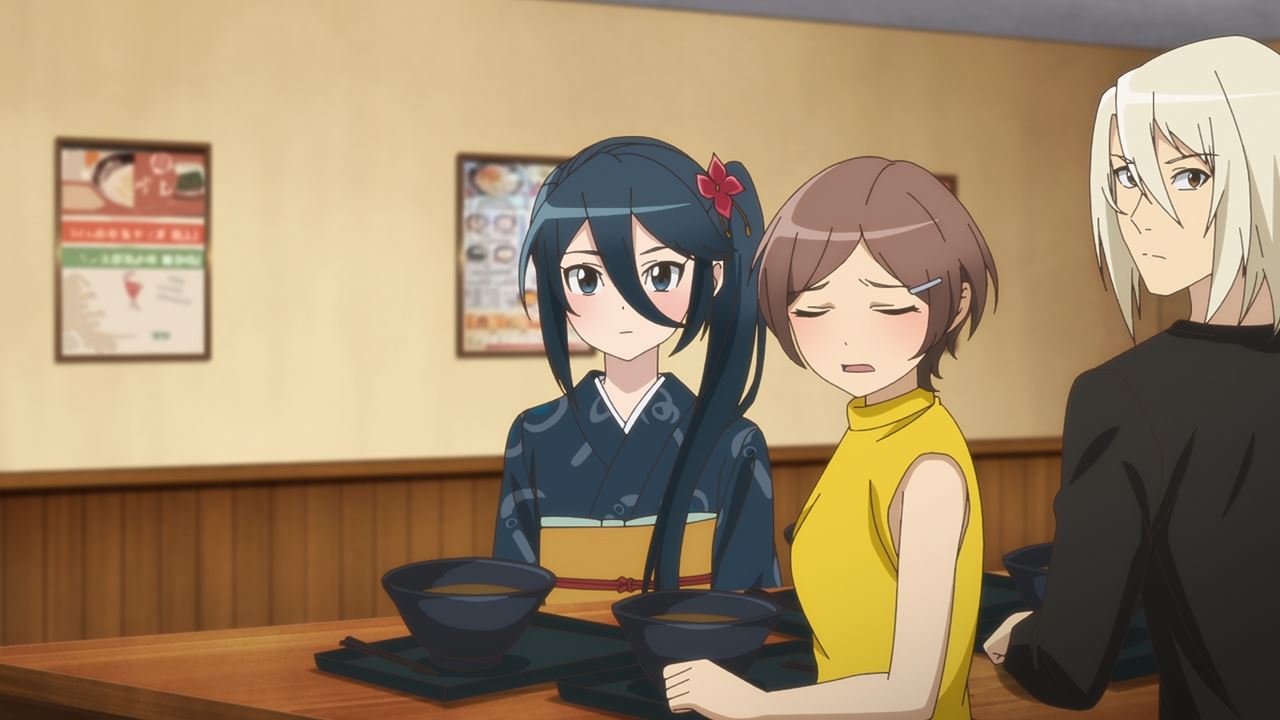 And here’s Suzuno Kamizuki, Rika Suzuki, and Shiro Ashiya where they’re surprised that Maou-san can deal with foreign customers like a pro. By the way, something feels odd towards that afro-looking guy… 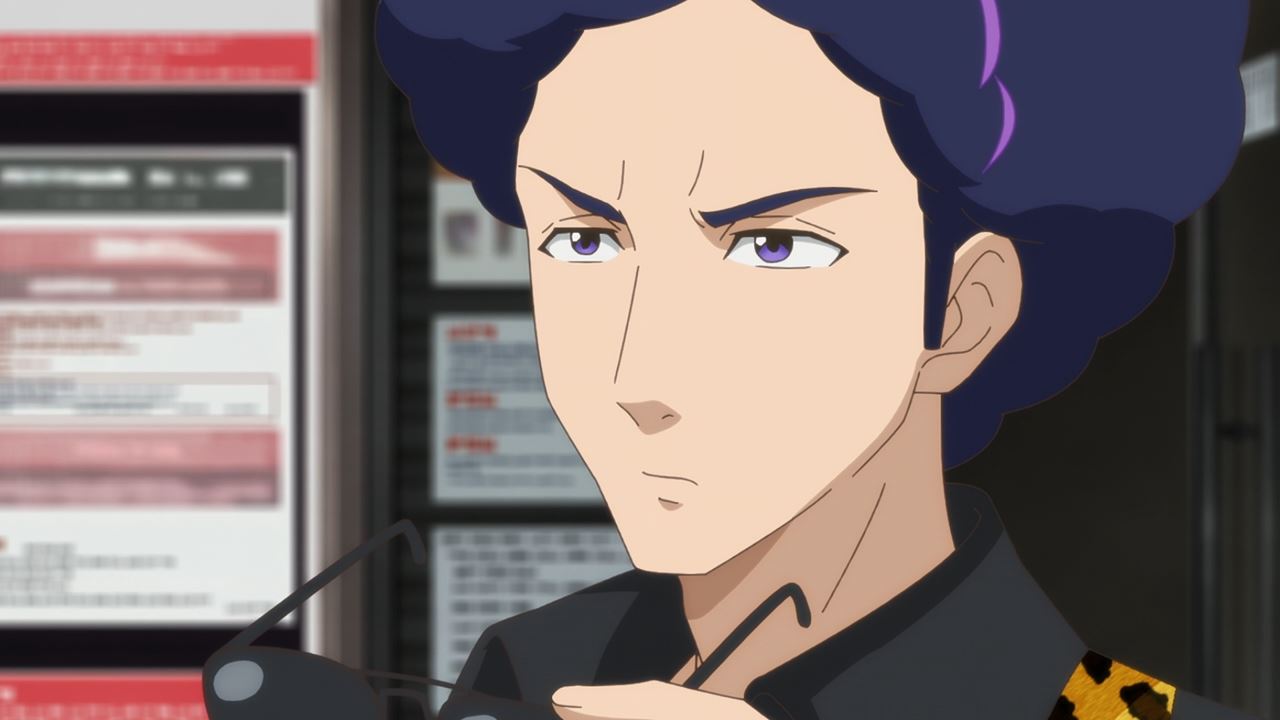 Turns out that he can speak and understand Japanese. I have a feeling that this funny-looking foreigner came from Ente Isla, but there’s no confirmation at the moment. 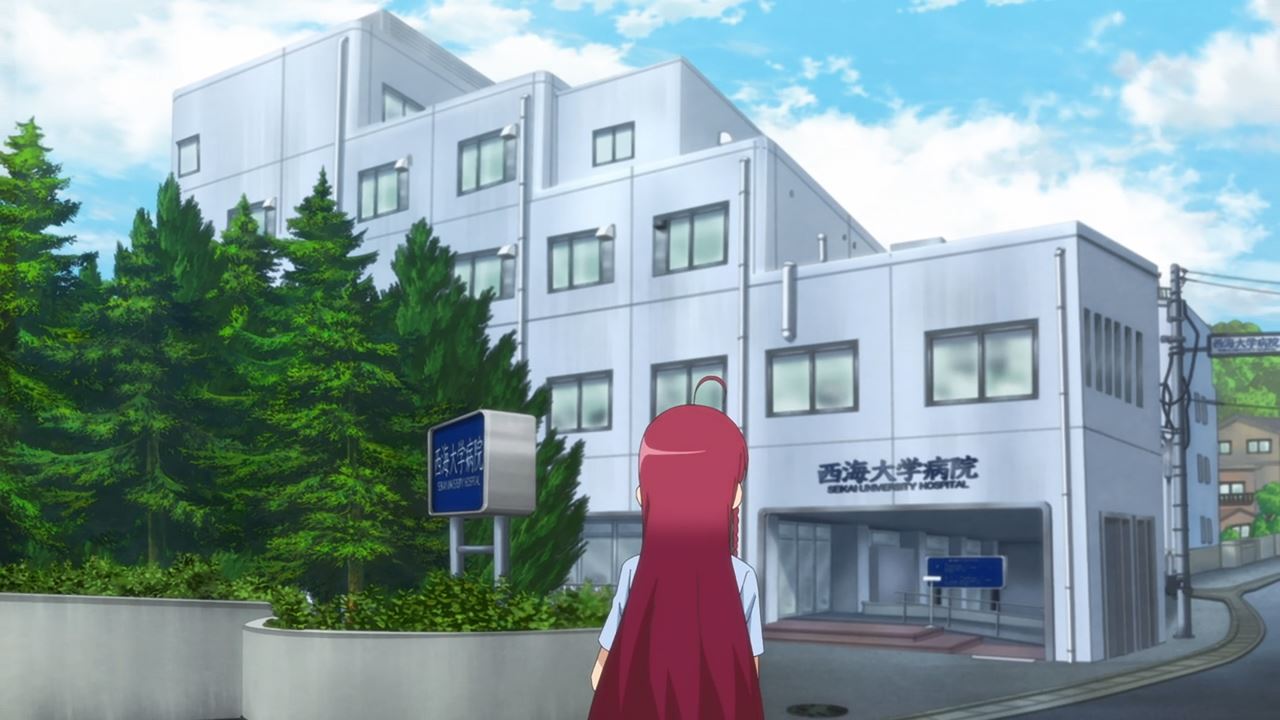 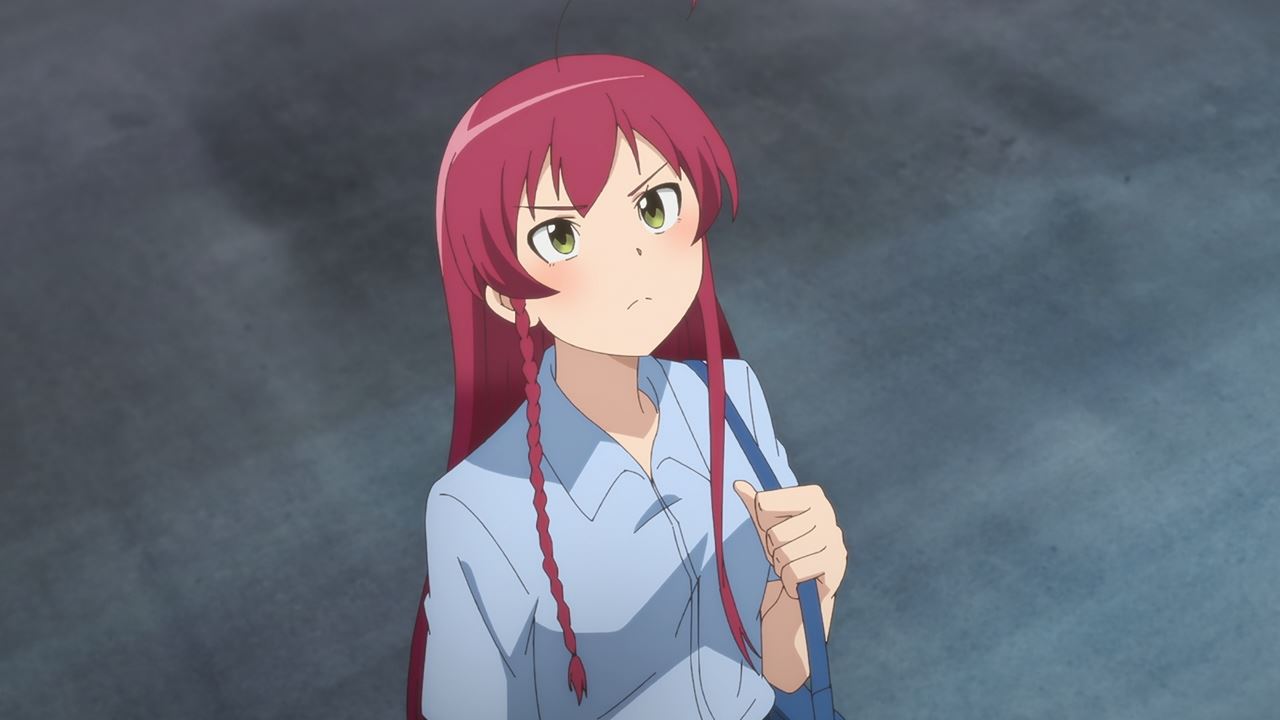 Meanwhile, here’s Emilia Justina or Emi Yusa where she used her Yesod shard to locate her missing mother Lailah. But why in a hospital though? I guess I’ll find out later… 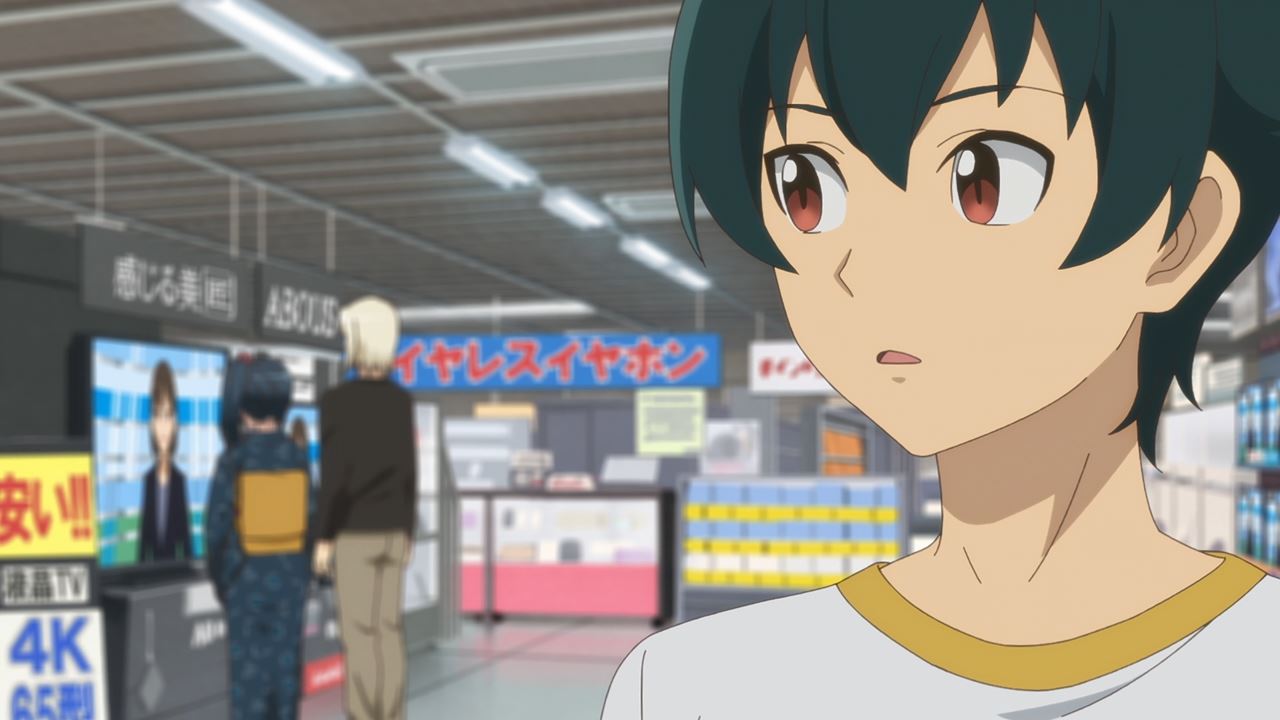 Anyways, they finally arrived at Yodogawabashi Camera where they’re gonna buy a television. I’m hoping that Satan and Crestia Bell will buy their TV sets together rather than do it separately.

Oh yeah, I forgot to tell you that Alsiel will buy a smartphone so he can contact Rika Suzuki whenever there’s trouble. Then again, there’s Sadao Maou where he asked Rika-san if she’s in love with his companion Shiro. 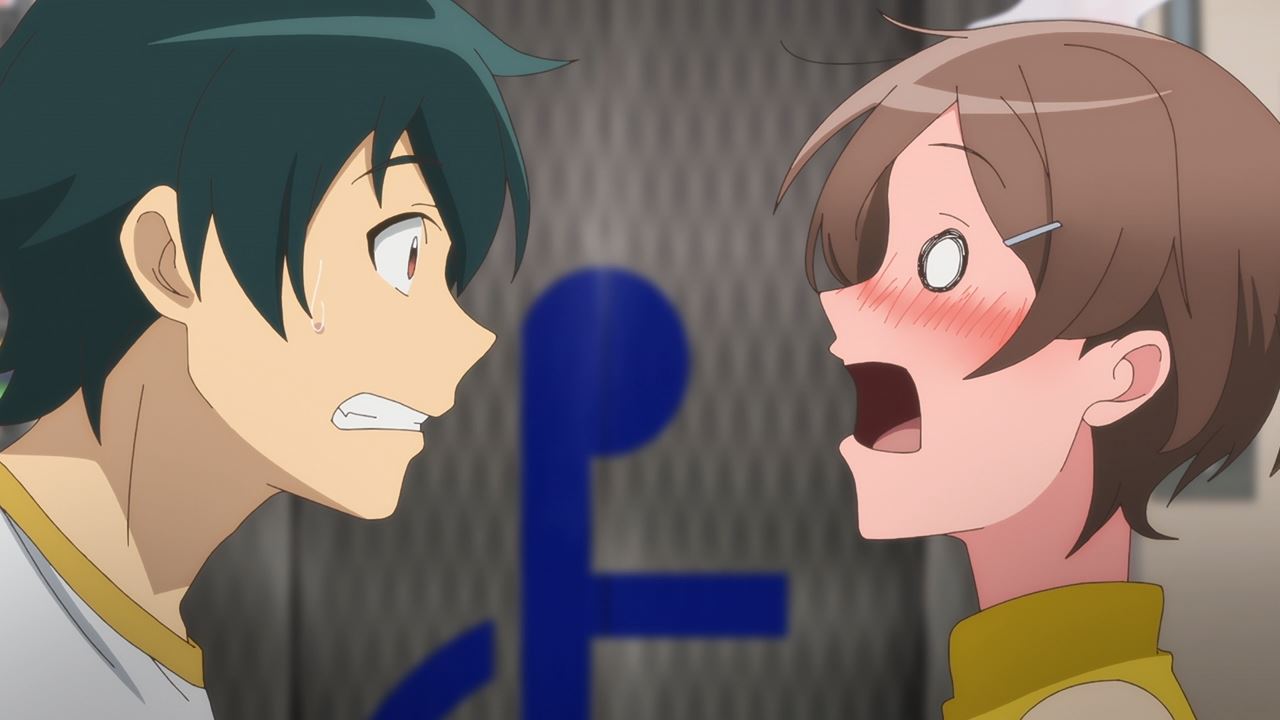 And the reaction is quite priceless from Rika Suzuki where she’s getting flustered over it, although Maou-san shouldn’t ask her straight away as the part-time demon lord should learn some tact. 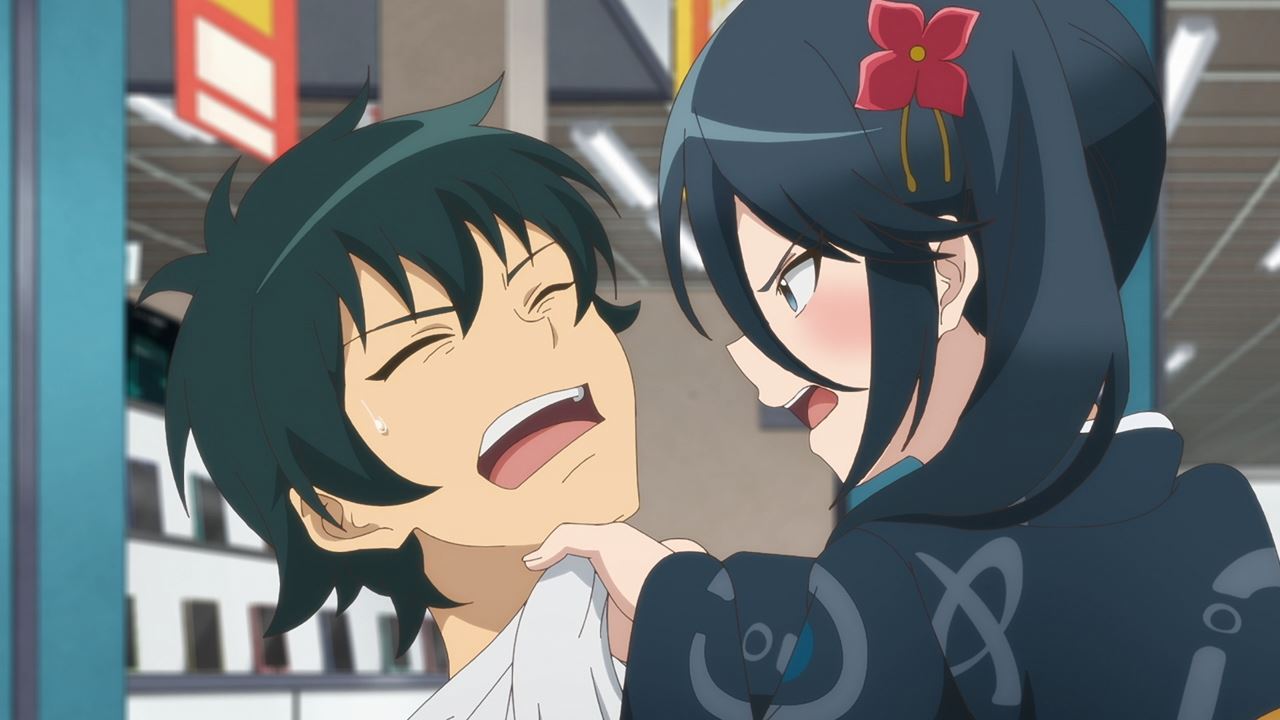 Even Suzuno Kamizuki call him out for asking Rika Suzuki if she’s in love with Shiro Ashiya.

Of course, Suzuno or Crestia is worried that Rika might get involved in various conflicts between heaven and hell, therefore she doesn’t want Alsiel having a relationship with a human like Suzuki-san. 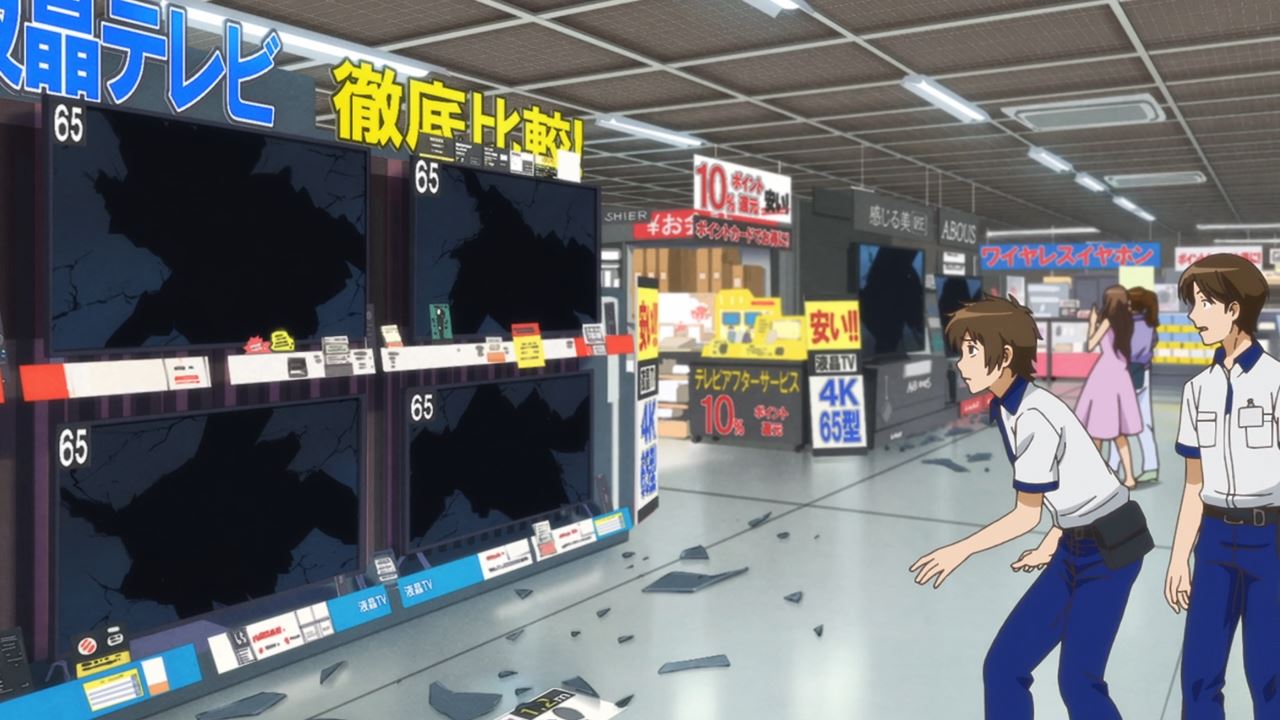 Meanwhile, looks like Sadao Maou and his friends noticed a strange phenomenon where various TV sets exploded spontaneously. There goes Satan’s plan to buy a television! 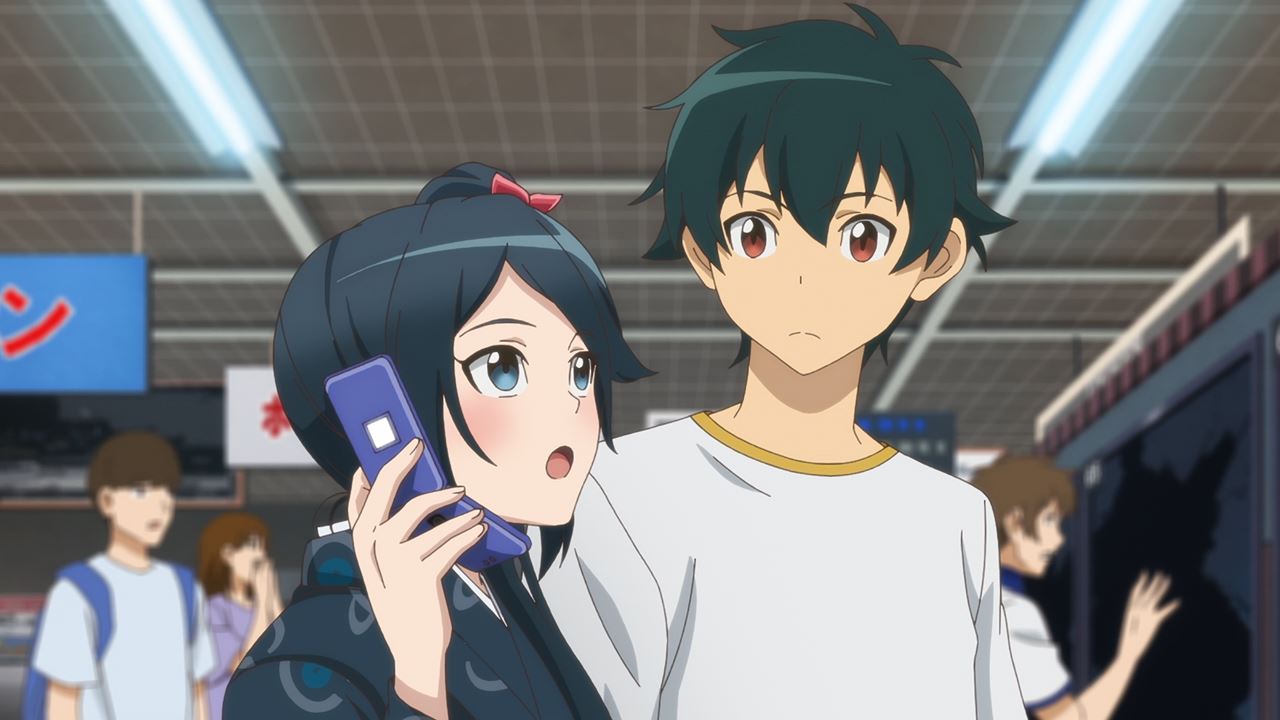 Oh yeah, it appears that Crestia Bell got a call from Emilia Justina where she’s currently at Sekai University Hospital to find her long-lost mother. 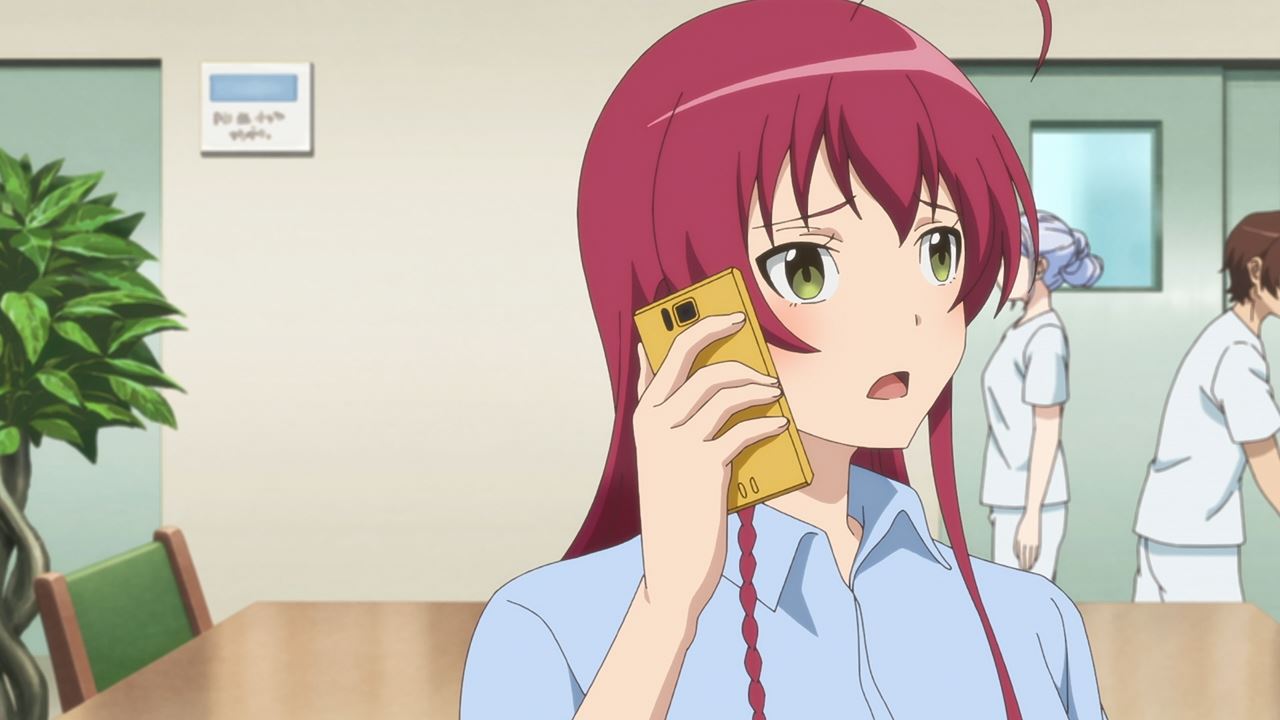 But more importantly, Emi told Suzuno that Chiho Sasaki is currently admitted at the hospital as she’s in a coma. Wait, don’t tell me that the TV flash from the previous episode cause Chi-chan to lose consciousness?

On the other hand, that silver-haired nurse at the background looks kinda familiar. We’ll get to her eventually. 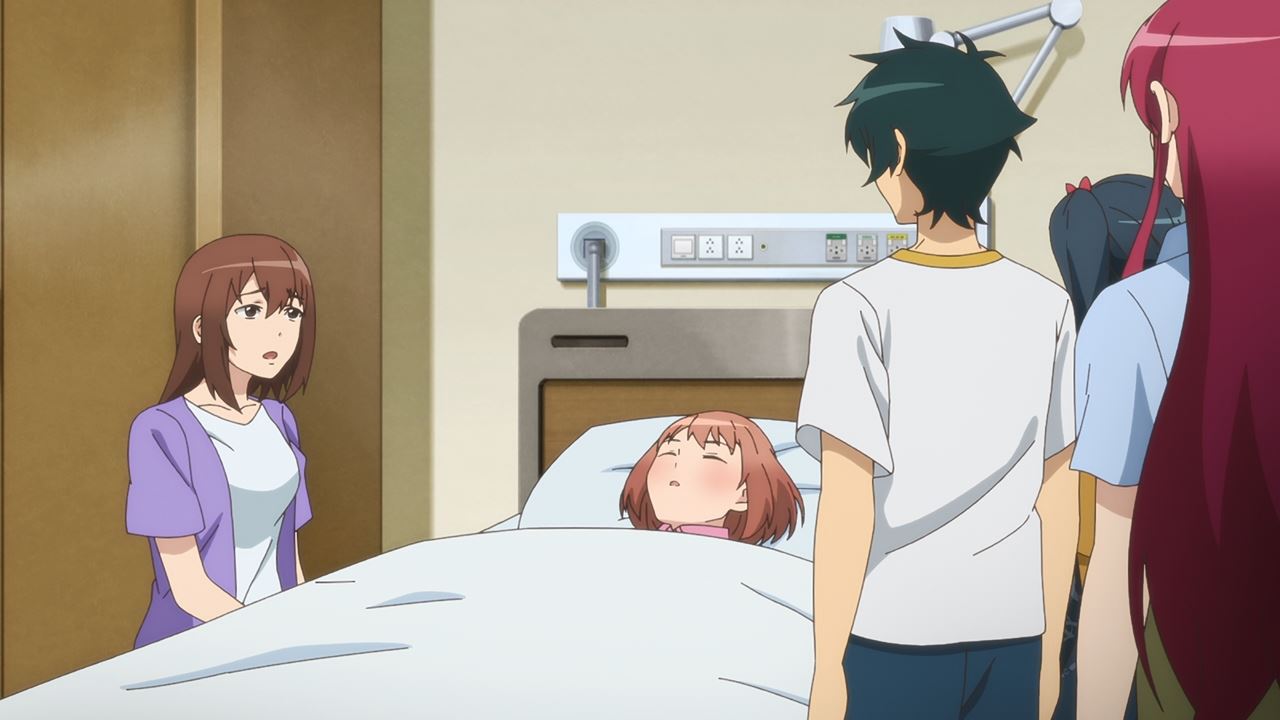 In any case, here’s Chiho’s mother where she told everyone that her daughter suddenly lost consciousness and none of the doctors know what cause Chiho to pass out.

Of course, the actual cause of Chi-chan’s coma is because someone used a sonar pulse to locate the Yesod shards, including Alas Ramus where she has one of those shards. 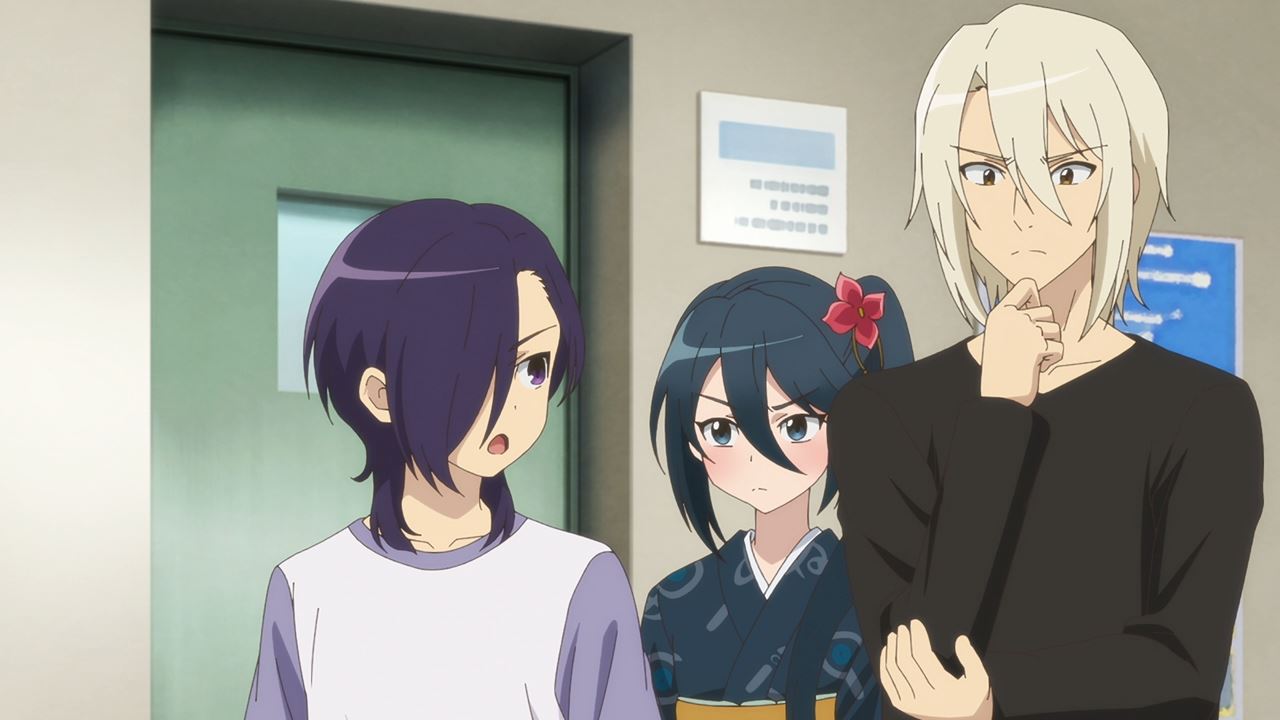 Also, here’s Hanzo Urushihara or Lucifer where he told everybody that one of Sariel’s accomplice named Raguel came to Japan to find the shards as Gabriel got reassigned into finding Satan’s treasures.

Well then, looks like Satan and his allies will have to find Raguel where he’s gonna use one of the radio towers in Tokyo to create a massive sonar pulse. But speaking of Raguel, I bet that he’s actually that afro dude from earlier.

One last thing, there’s the question regarding Emilia’s mother Lailah as she’s still inside the hospital somewhere… 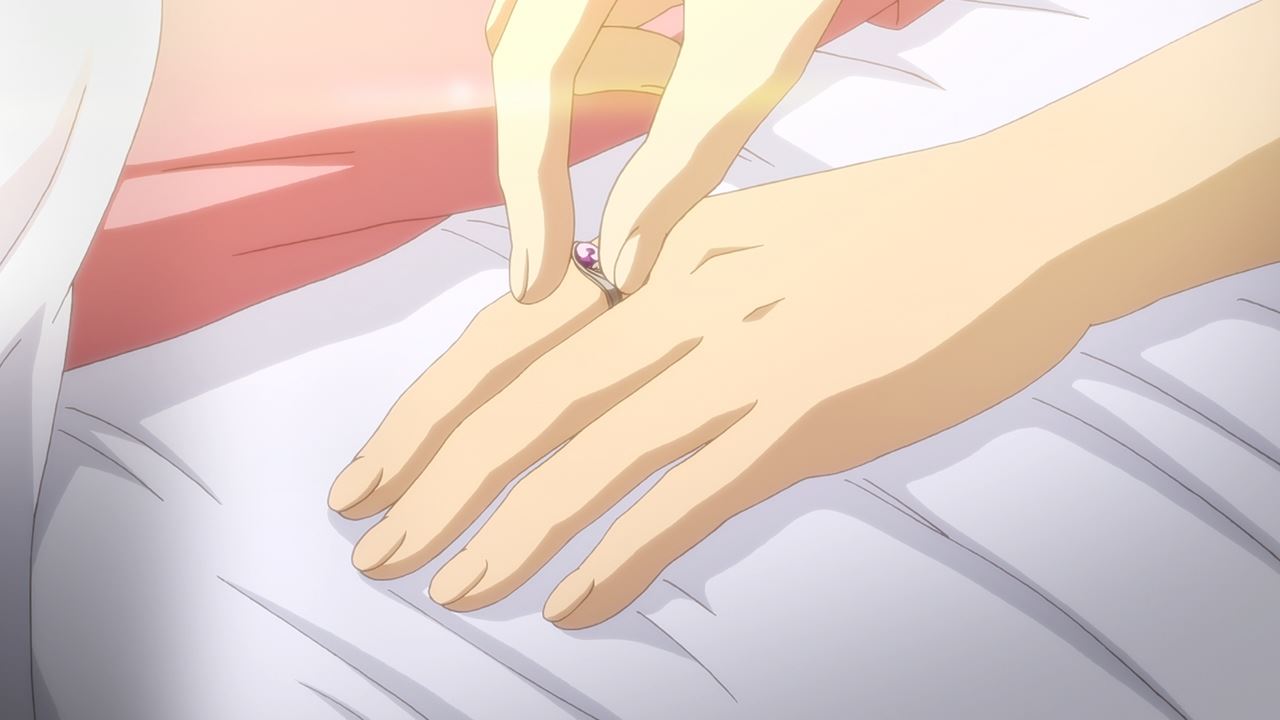 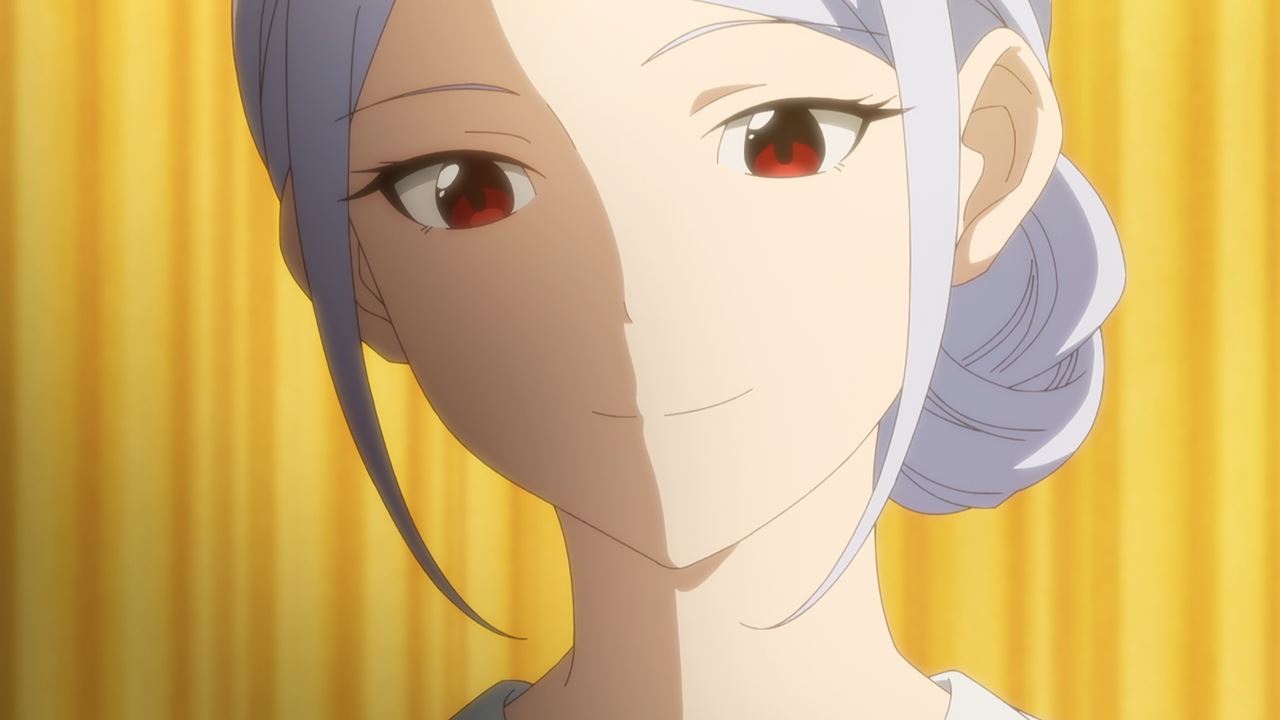 On second thought, looks like Lailah has finally appeared where she decides to wake Chiho Sasaki up using magic. Come to think of it, I wonder if she’s the one who help Satan Jacob in the past and sent Alas Ramus to Earth?

In any case, I’ll see you next time for the final episode where Satan will raise hell against a rogue angel named Raguel. C’mon, the demon lord’s day is finally ruined thanks to him!