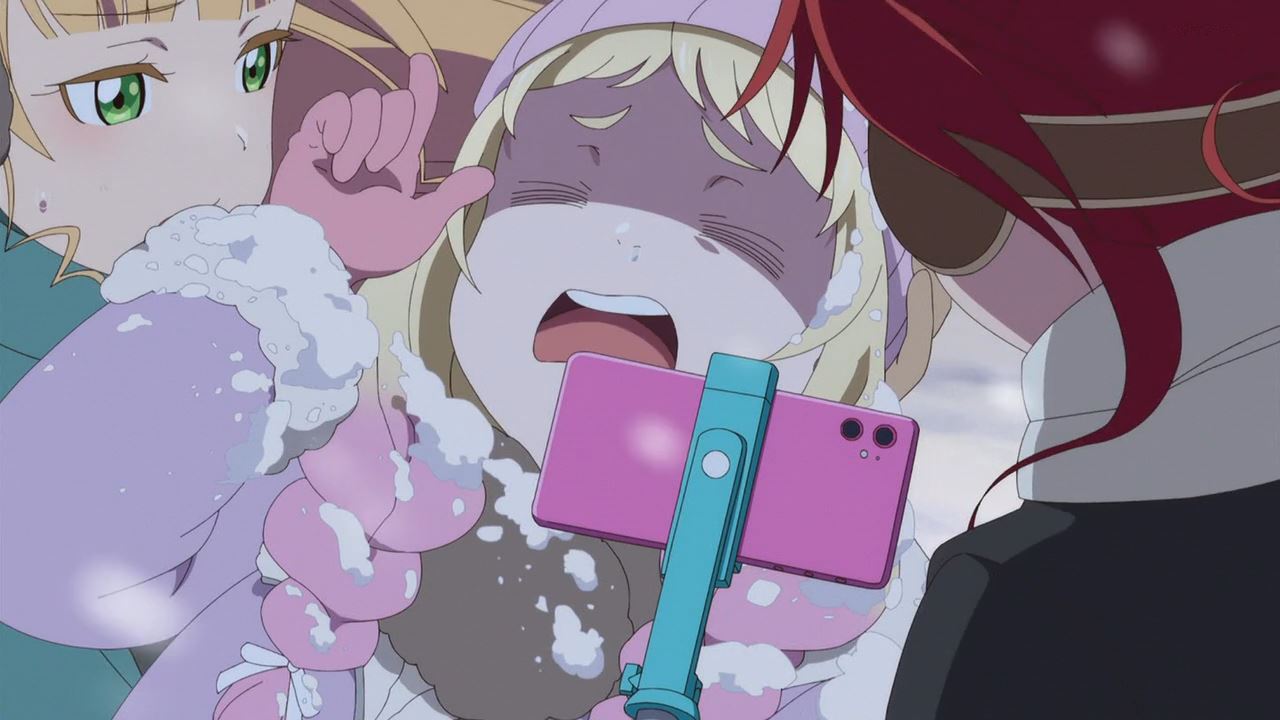 Well everyone, looks like Yuigaoka Girls’ Academy’s school idol club has finally arrived in Hokkaido for their training camp.

Unfortunately, Kinako Sakurakoji’s hometown got hit by a snowstorm so they’ll have to stay indoors for now. This includes Natsumi Onitsuka where she can’t do her daily vlog due to bad weather. 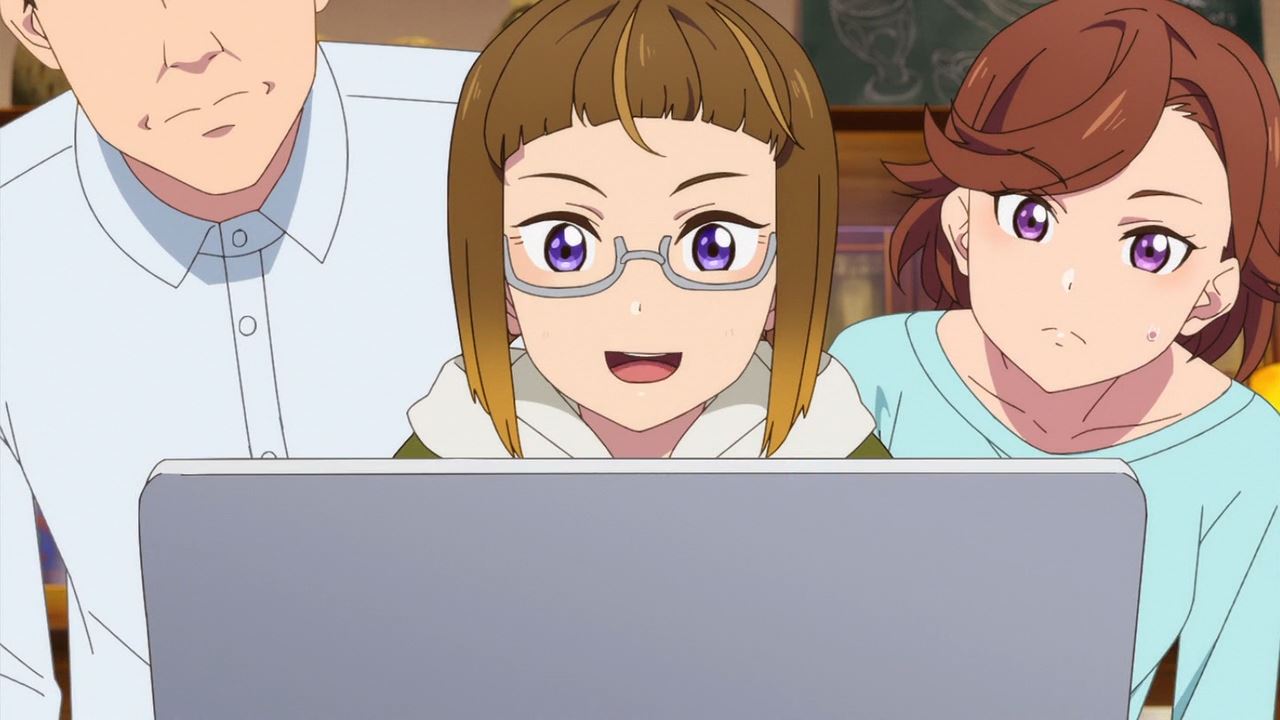 Meanwhile, the Shibuya family are very eager to see their daughter Kanon as it’s time for the Pre-Tokyo Tournament Online Conference. 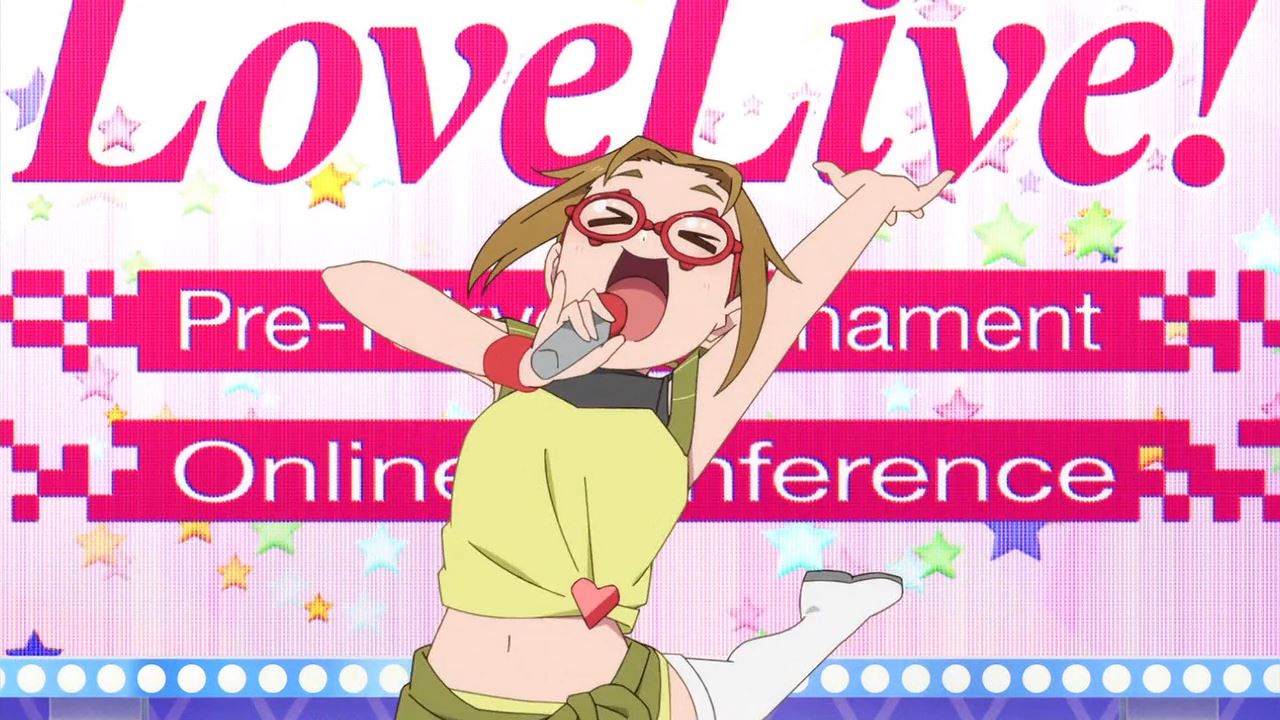 And here’s the announcer where she’ll feature various school idol groups vying to become the representatives for the national competition. 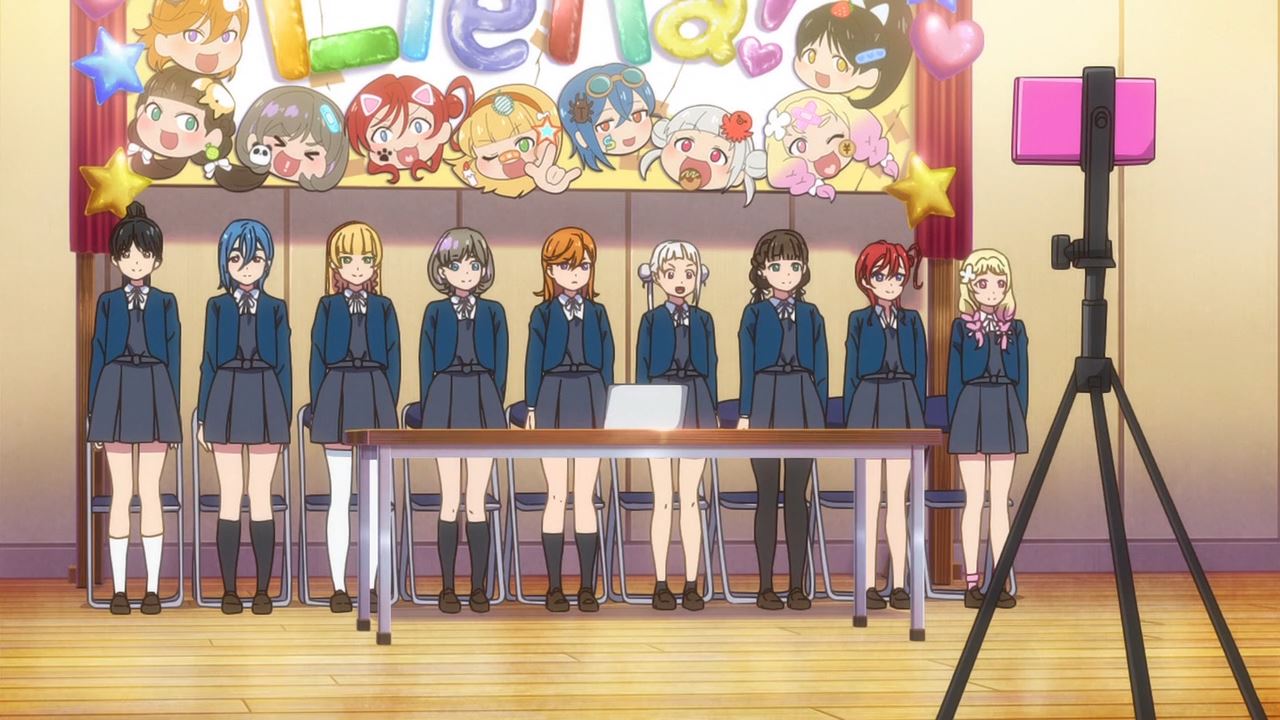 Now then, here’s Liella where Kanon Shibuya and the rest told everyone that they’ll do their best.

Sure that they’re slightly nervous, mostly with Kanon, but they’re determined to win the Love Live! competition this time around. 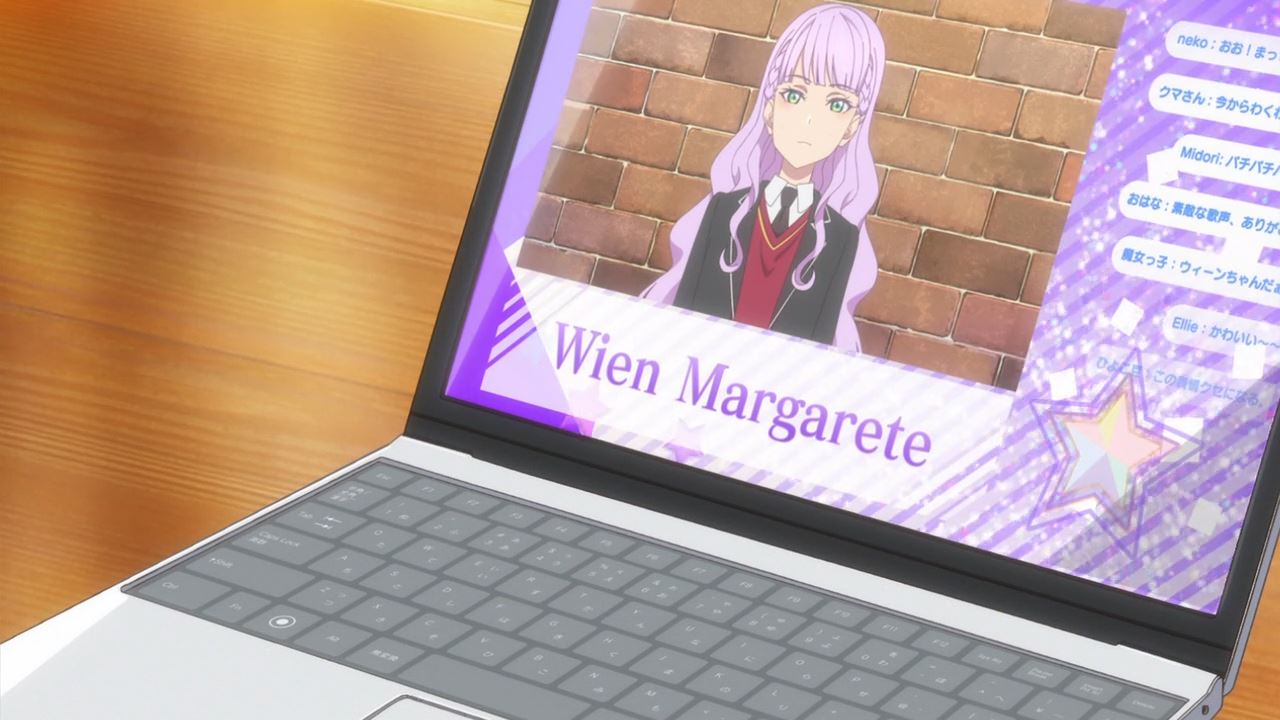 Also, there’s Wien Margarete where she’s a girl with a few words. Of course, the only thing Wien wants is to win the competition. 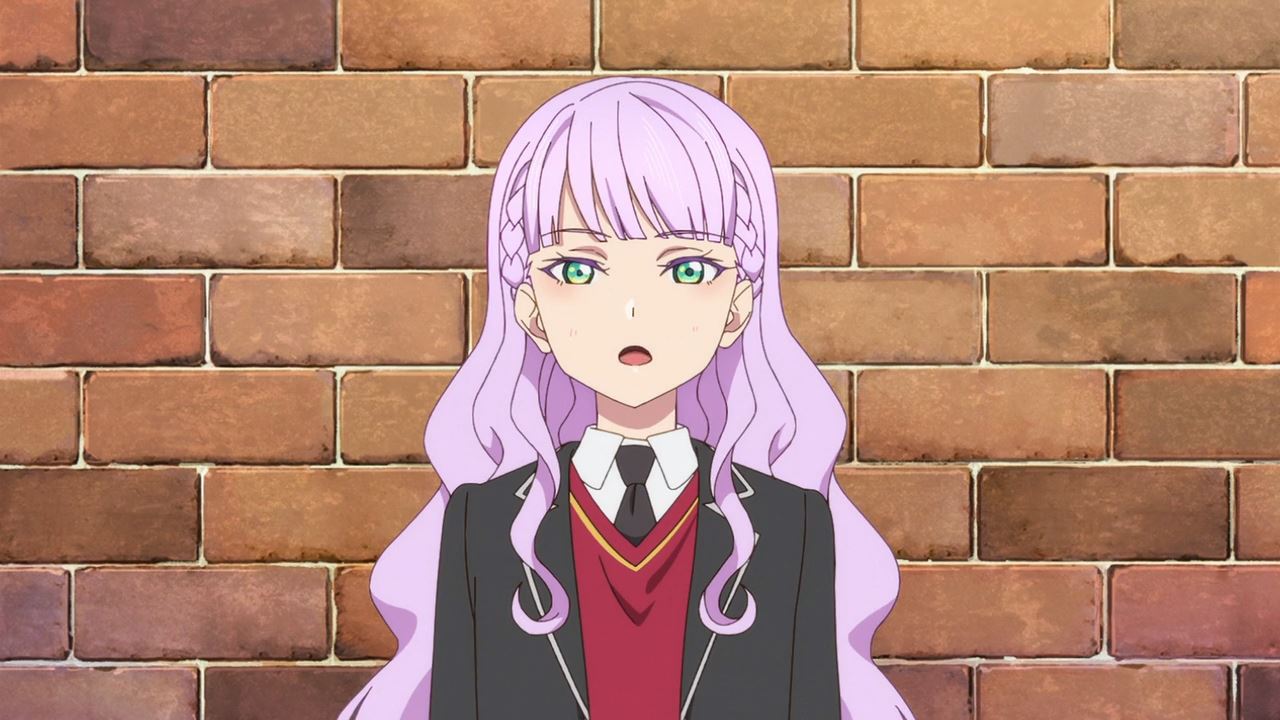 Why? Because for Wien, her rivals competing in Love Live! are not on her level, therefore she’s confident that a solo school idol like her will win it all. 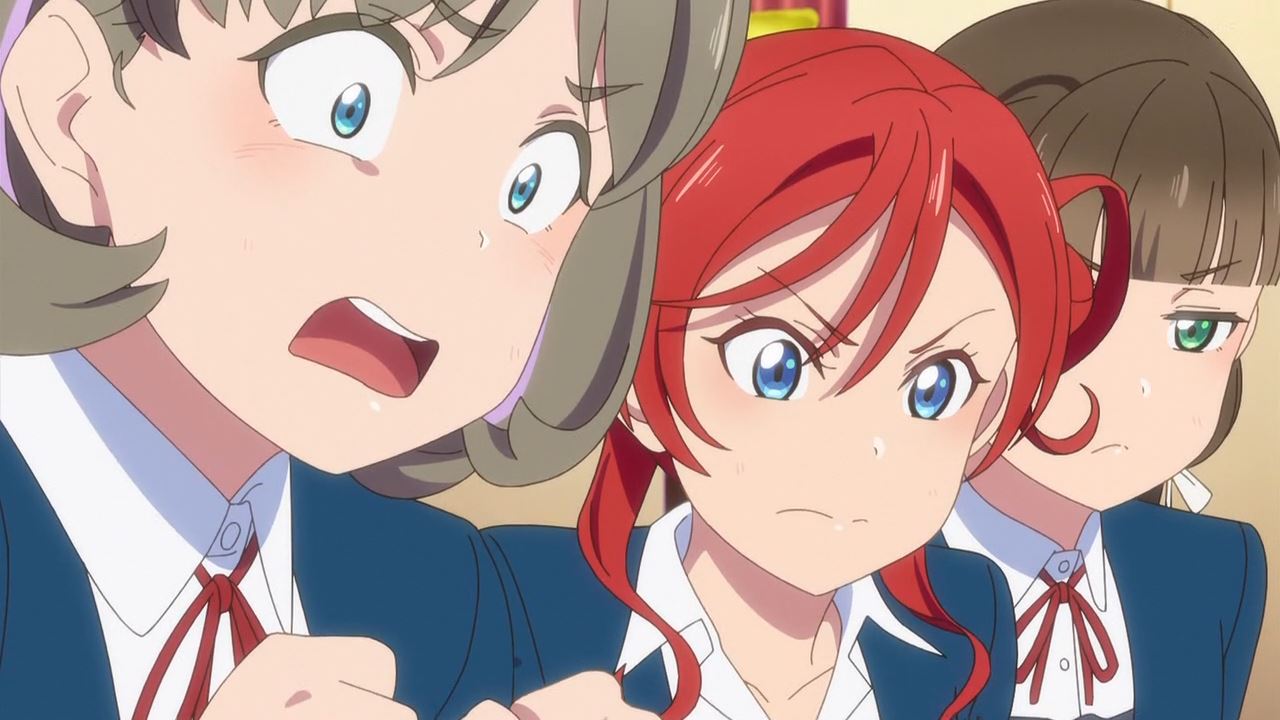 For everyone who are still in the tournament, they can’t accept Wien’s words as the school idols are offended by it.

C’mon, they poured their time and effort to put on a great show, and then an upstart like Wien Margarete insults them just because they’re not on her level? Yeah, they won’t take it lightly! 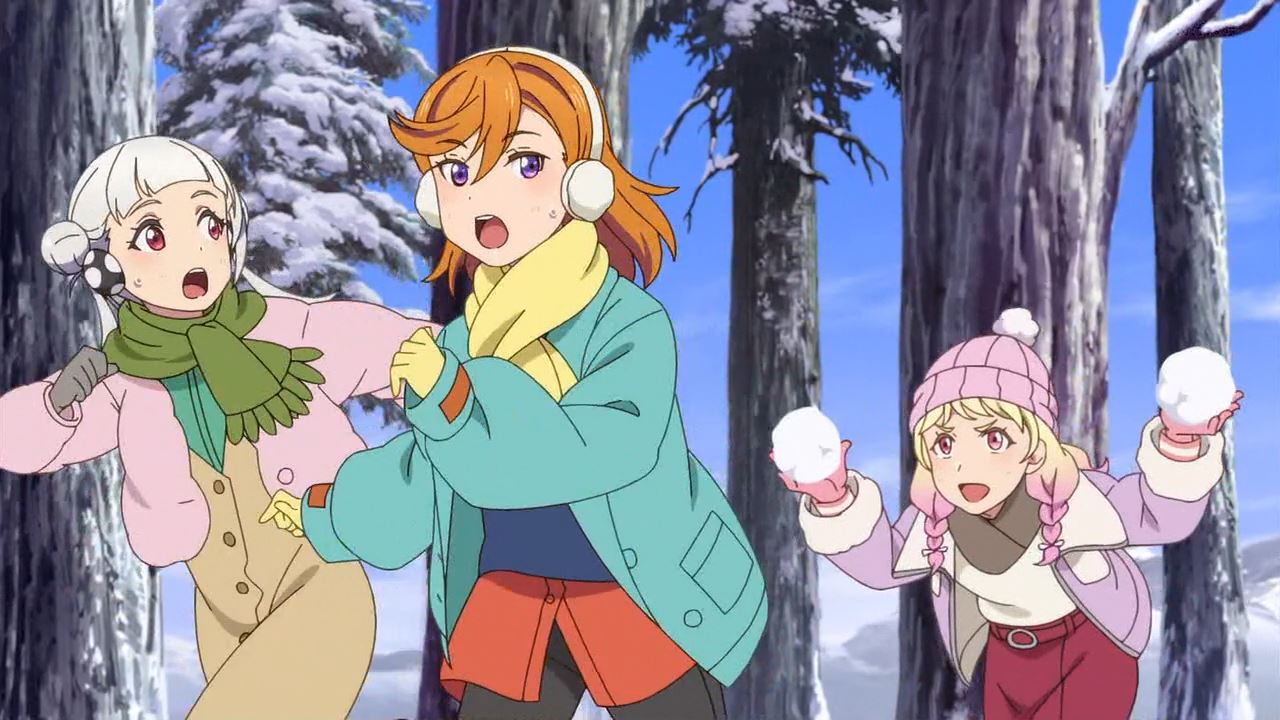 Anyways, let’s go back to Hokkaido where Liella are having fun now that the snowstorm has subsided.

Okay, Kanon Shibuya and the rest should get serious in their training camp, right? I mean, the junior members need to be at the same level as their seniors if Liella has a chance to beat Wien Margarete. 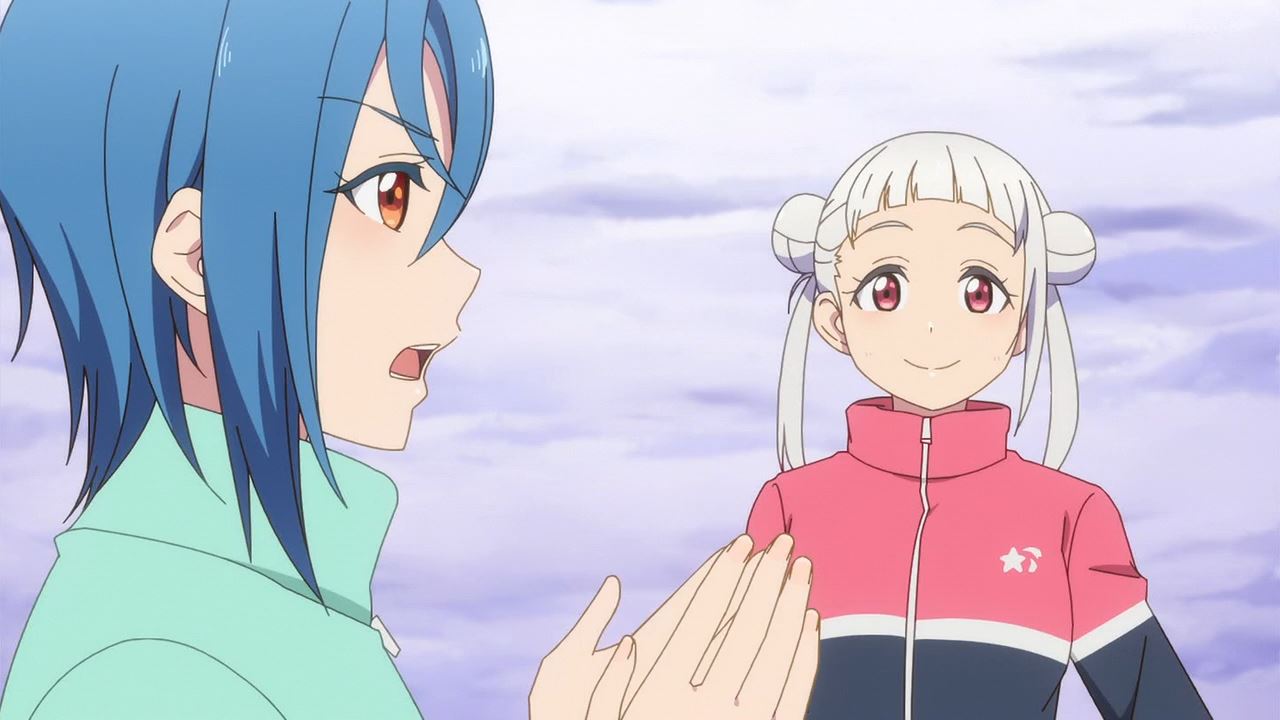 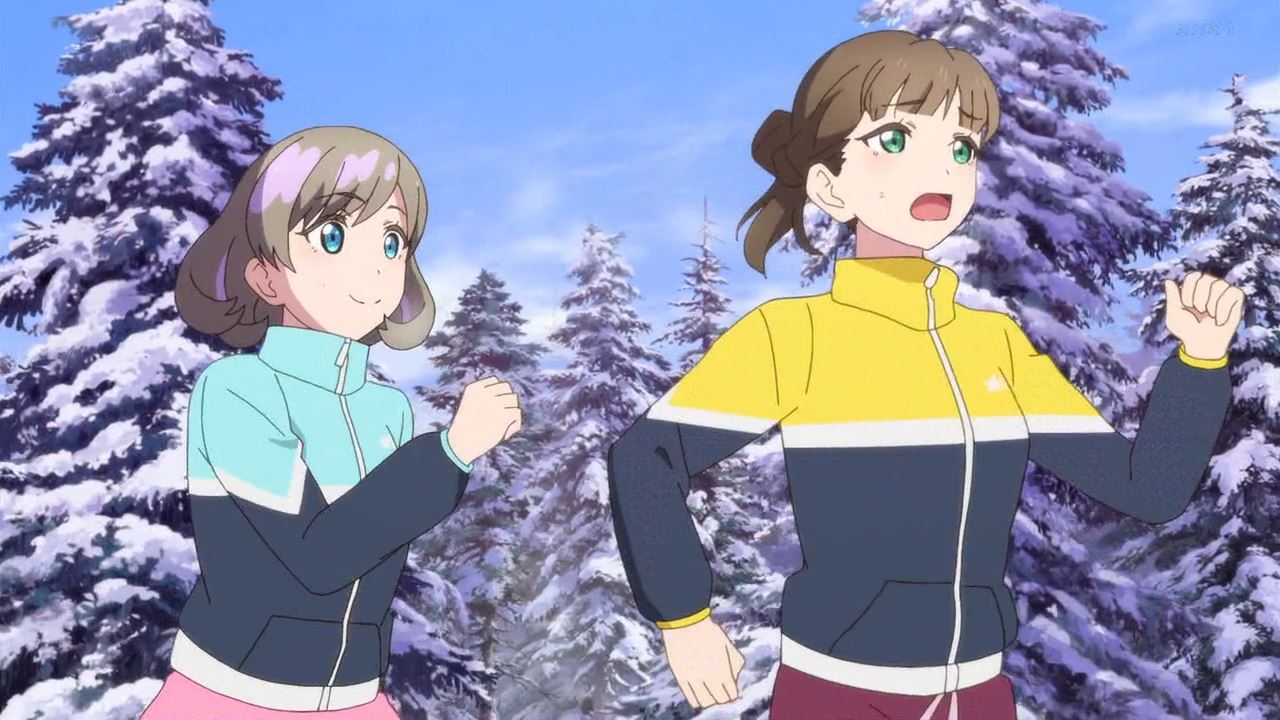 Oh wait, they’re actually training as Kanon Shibuya and the rest want to take some rest and relaxation first before improving their singing and dancing skills. 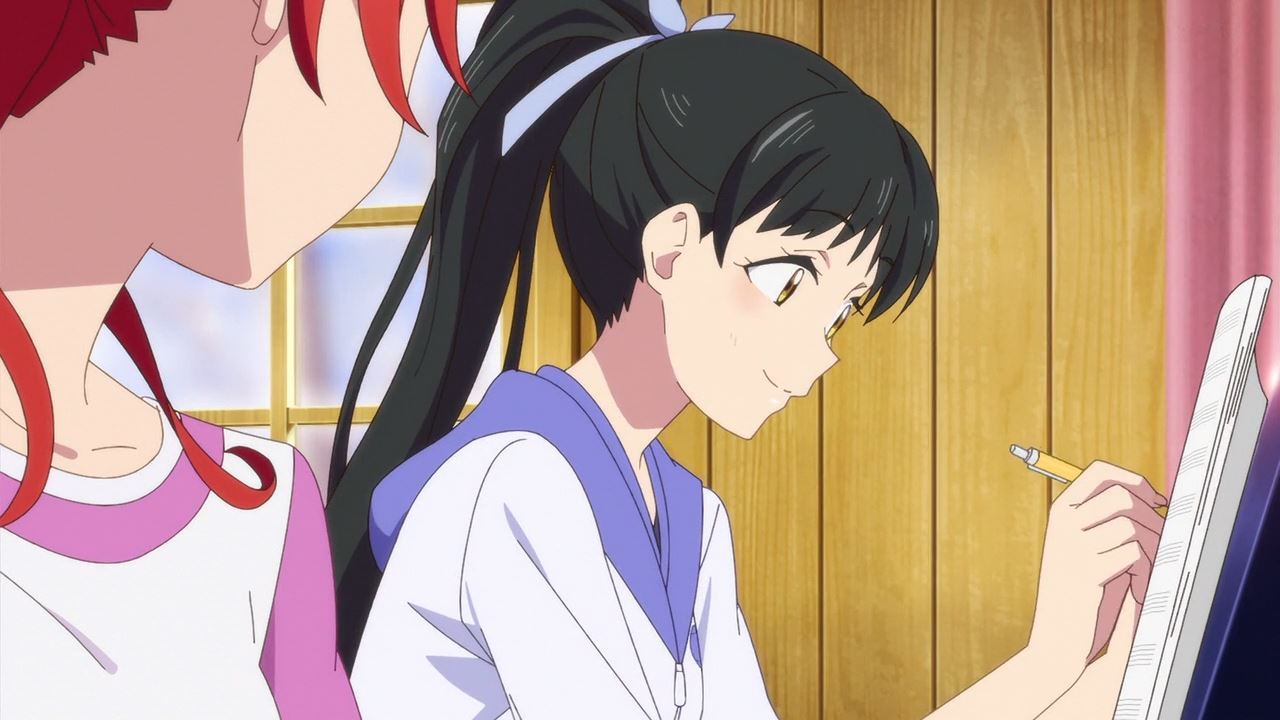 But yes, they’re doing fine in their training camp at Hokkaido. Now, it’s time for the school idol club to compose their new song if they’re gonna have a chance in beating Wien Margarete. 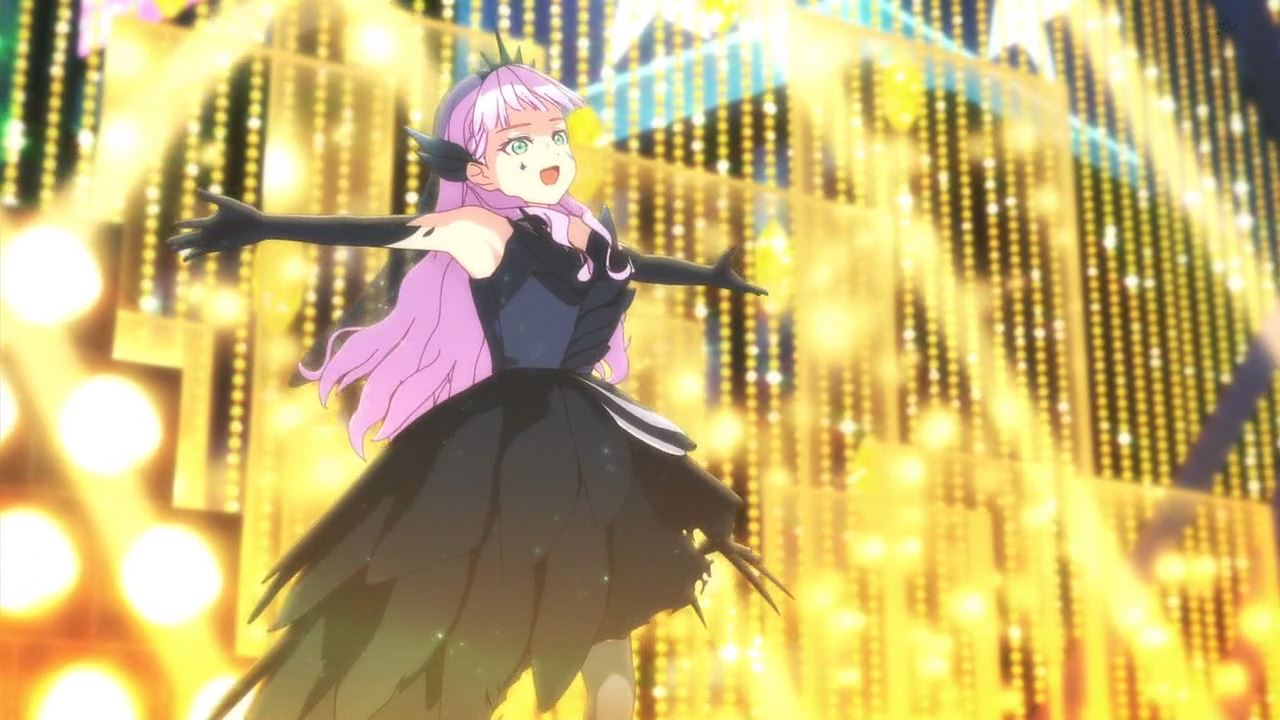 Speaking of Wien Margarete, here she is as Wien shows her brilliance with “Edelstein”, a powerful song that might belong to Bushiroad’s musical franchise Revue Starlight.

Sure that her victory is in the bag, but Wien shouldn’t be overconfident that her performance will seal the deal. 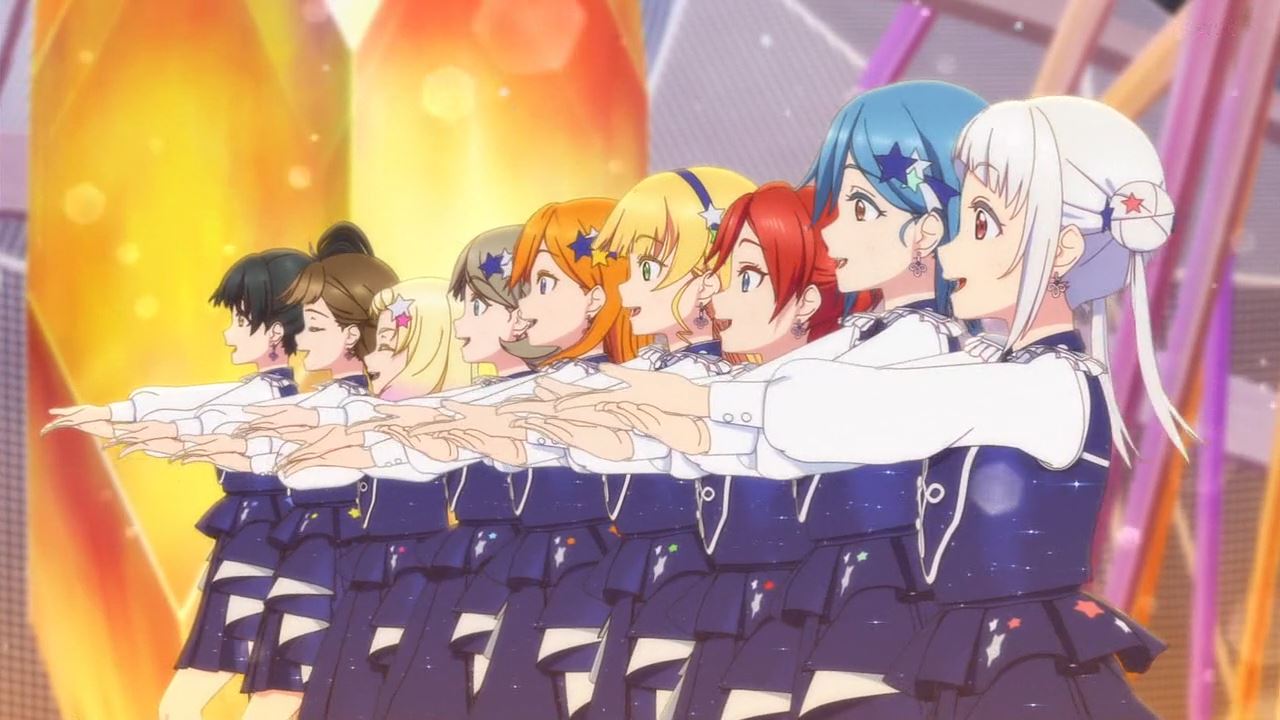 That’s because you have Liella where they perform “Sing! Shine! Smile!”, an upbeat song where it gives you some good vibes upon hearing it.

With that said, both competitors showed the stuff in the Tokyo qualifiers as fans couldn’t tell if Wien Margarete or Liella prevails. Anyways, see ya next week and may the best school idol wins!