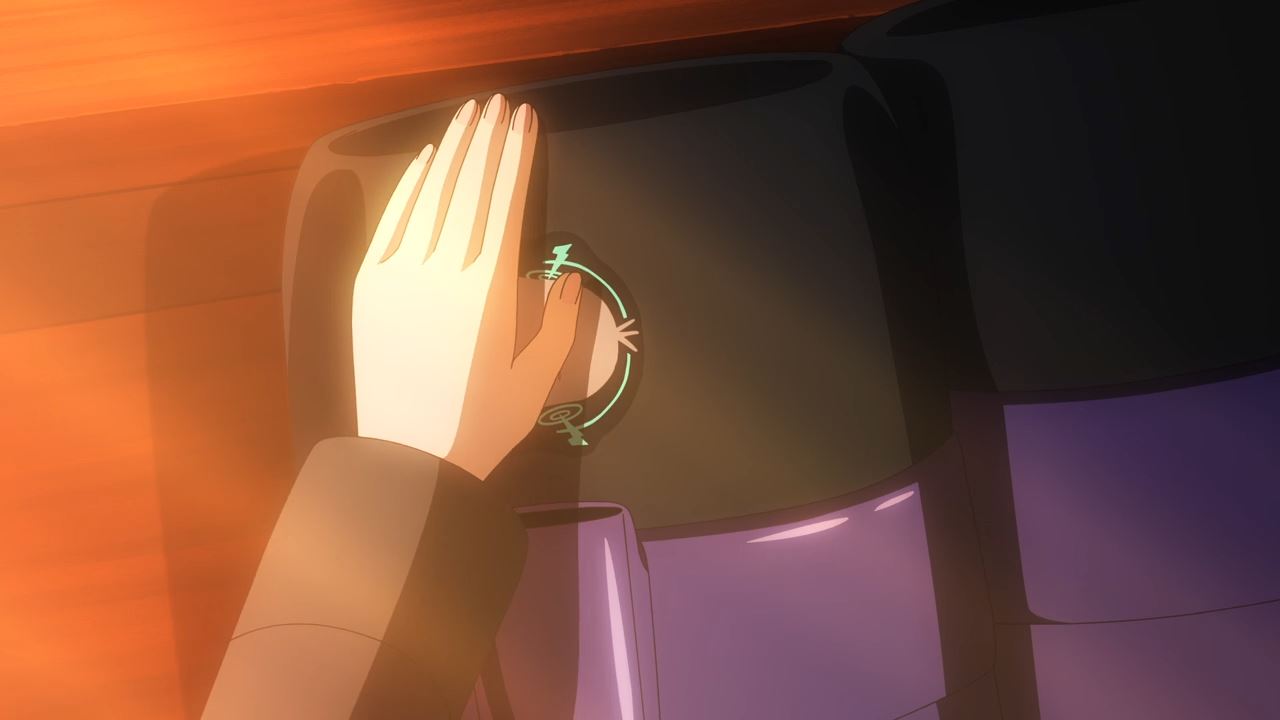 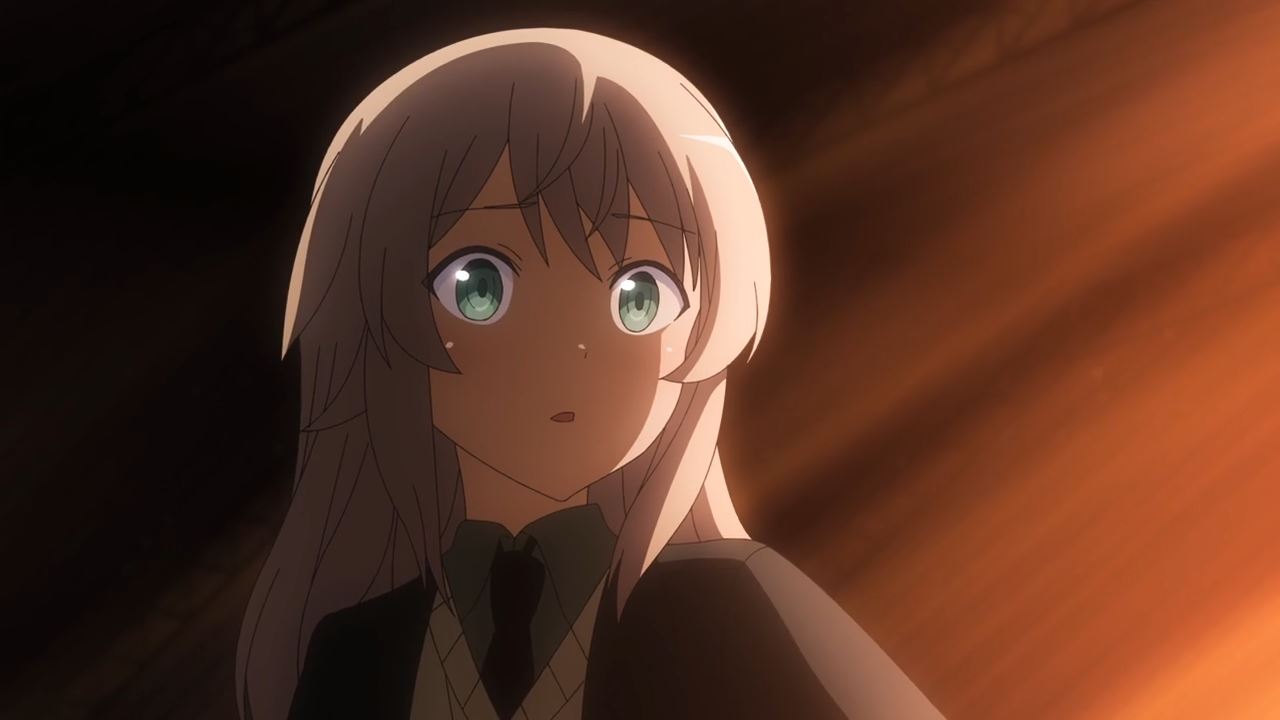 Well everyone, looks like Virginia Robertson will leave the military base and return as a normal civilian. It’s really unfortunate that the Luminous Witches will lose someone like Ginny who has a beautiful voice. 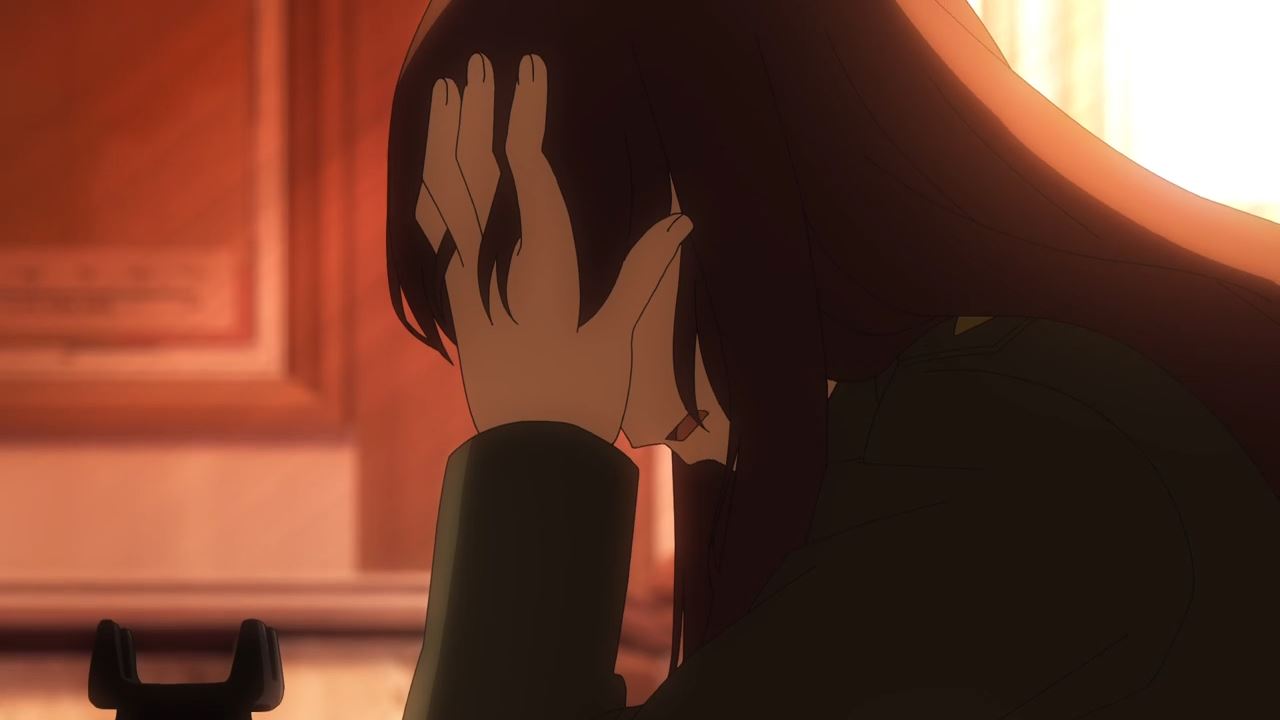 For Commander Grace Maitland Steward, she was saddened that Ginny has to leave the military because she lost her magic powers upon releasing her familiar Moffy to the wild. 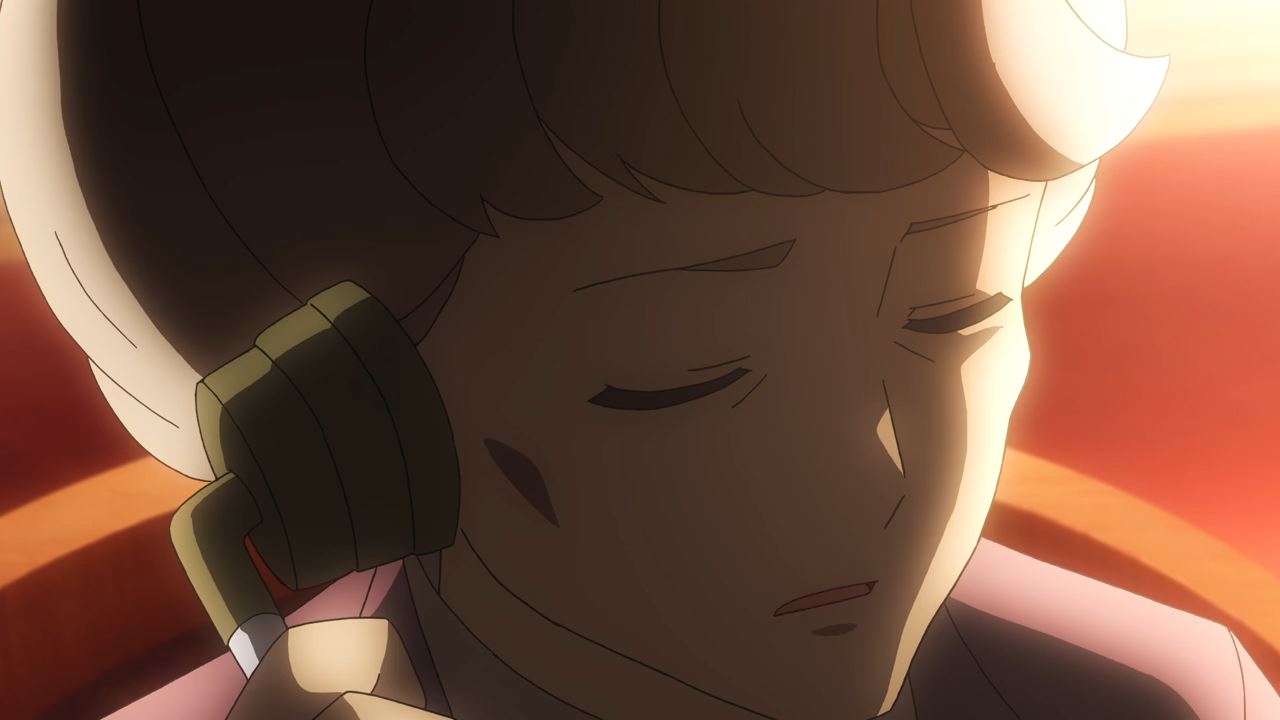 Even Felicia Louisa Gresley understands Commander Gracie’s lament as it’s a shame that a talented girl like Virginia Robertson will leave on her own volition.

With that said, the 72nd Aviation Magic Band will operate with 8 members for the upcoming Gallia concert. 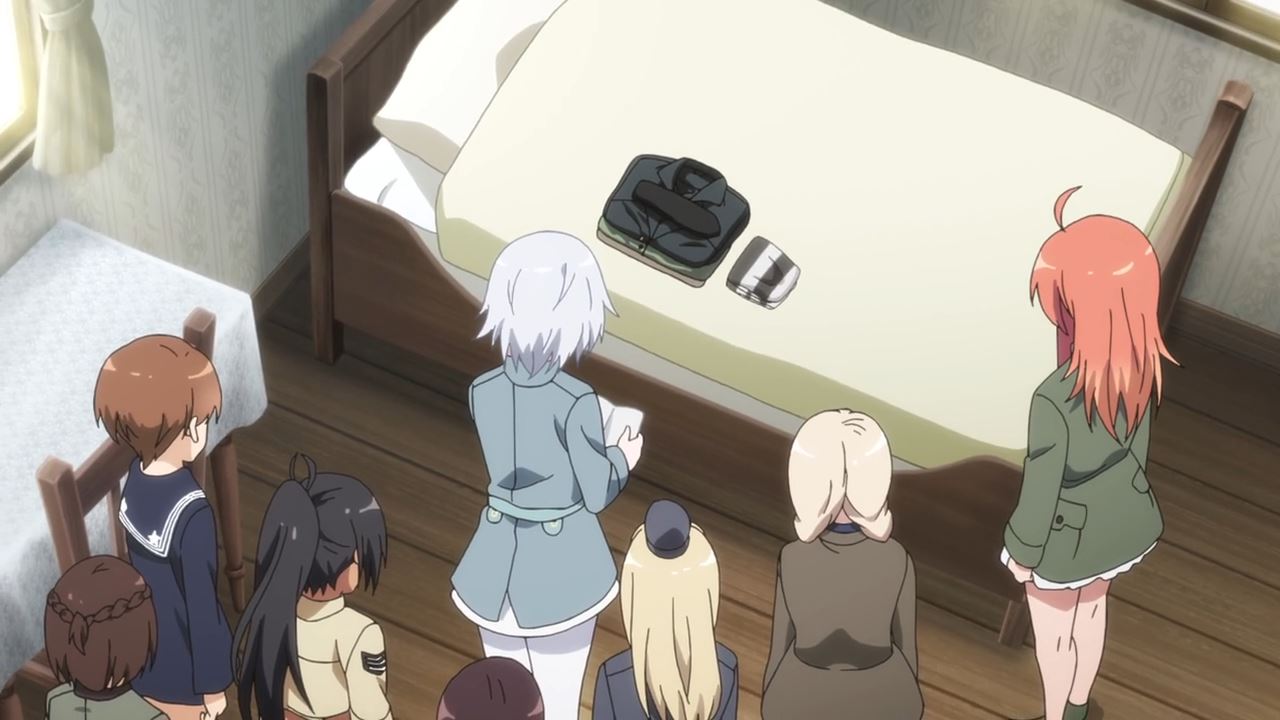 And really, Aila Paivikki Linnamaa and the rest couldn’t make a proper send-off to their precious teammate as Virginia Robertson already left the building, although Ginny left a letter for her friends to read it.

According to Ginny’s letter, she’s really glad to meet various friend and travel to far-flung places. Of course, it’s sucks that they can never see Ginny ever again as they’ll leave to Gallia. 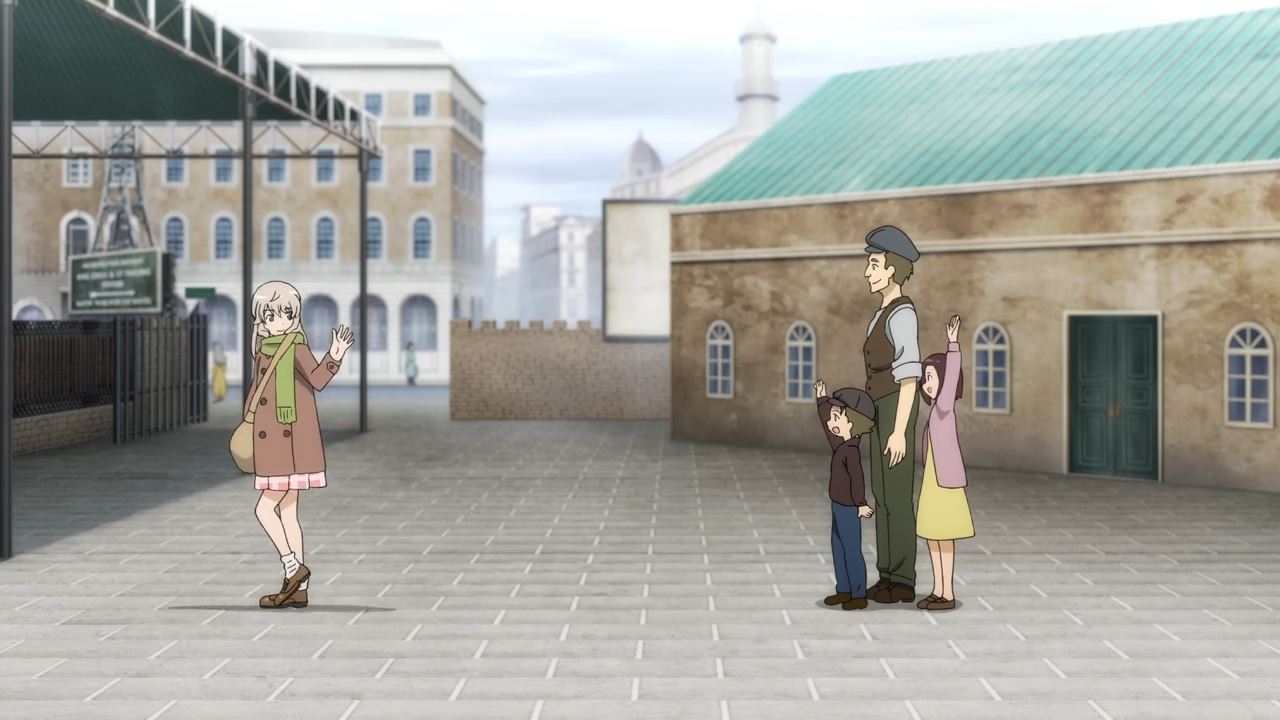 But speaking of Ginny, looks like she’s about to take the train as Virginia Robertson bid farewell to her family and go on another journey. What will be her destination is unknown for the time being. 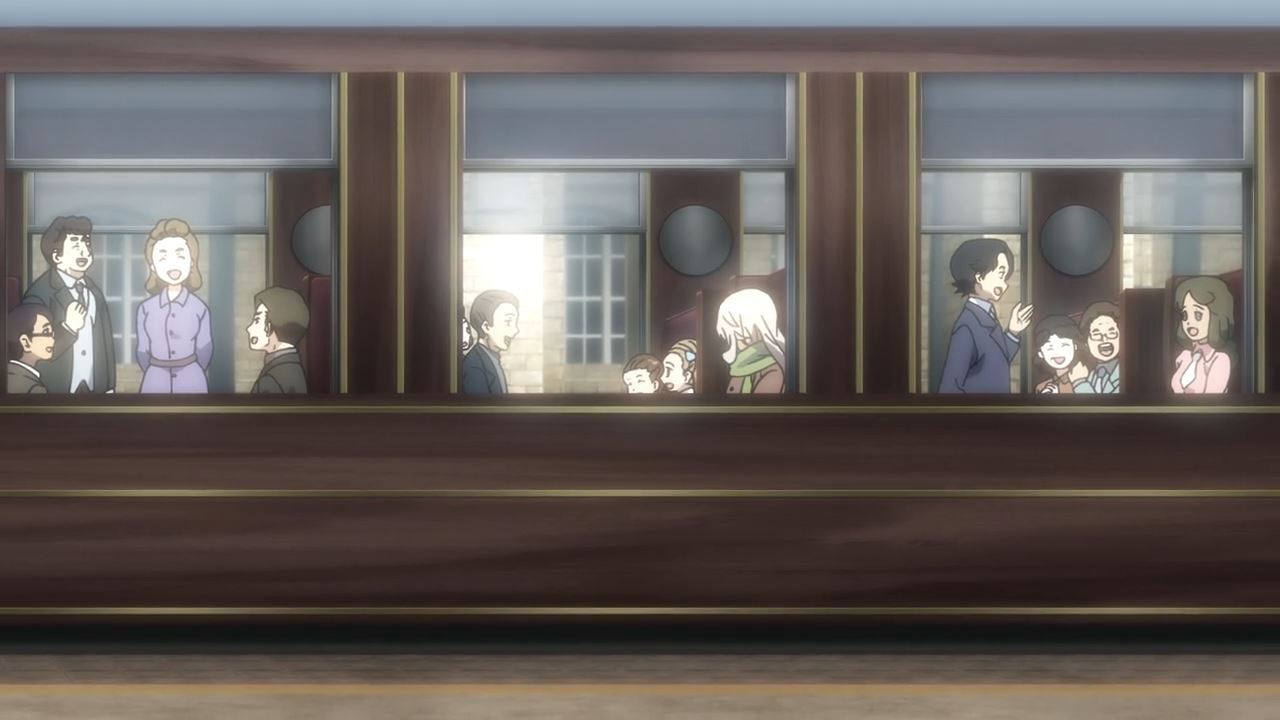 On the other hand, it appears that various city folks are singing one of Luminous Witches’ songs titled “Sing a Song”.

I have to say that the 72nd Aviation Magic Band has become so popular that everyone is singing their songs, even though it’s more pop idol-like. 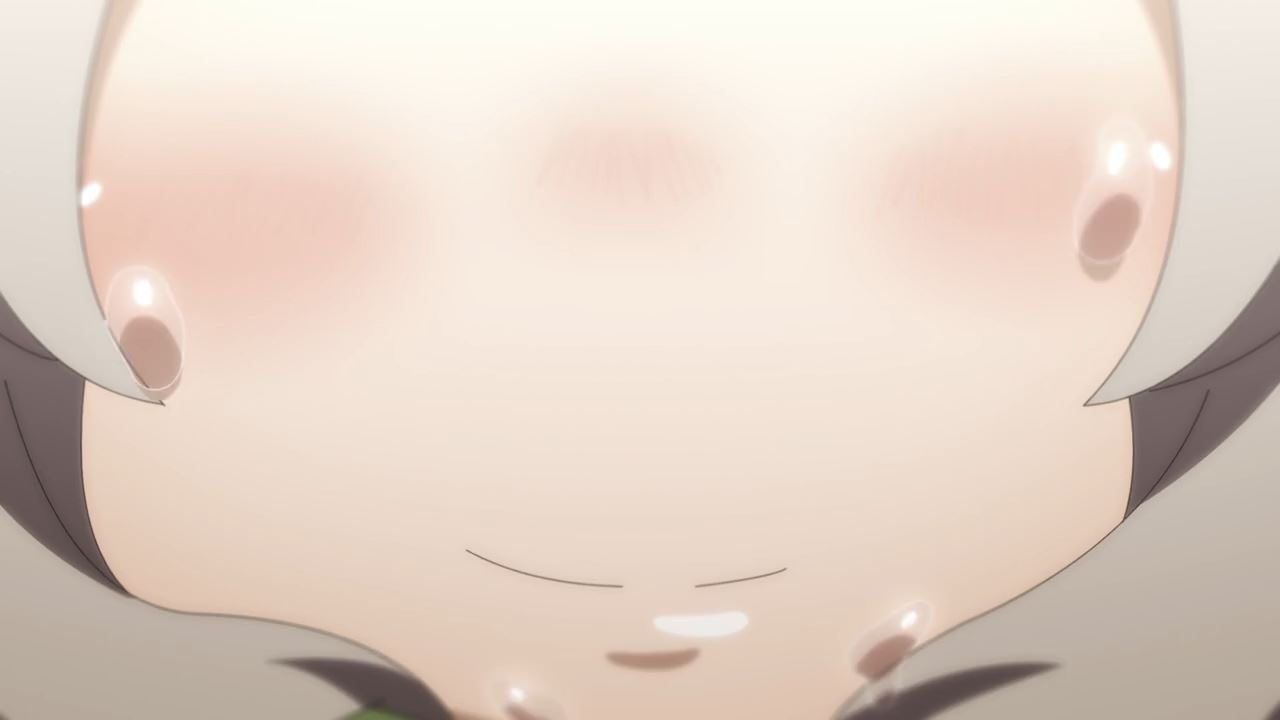 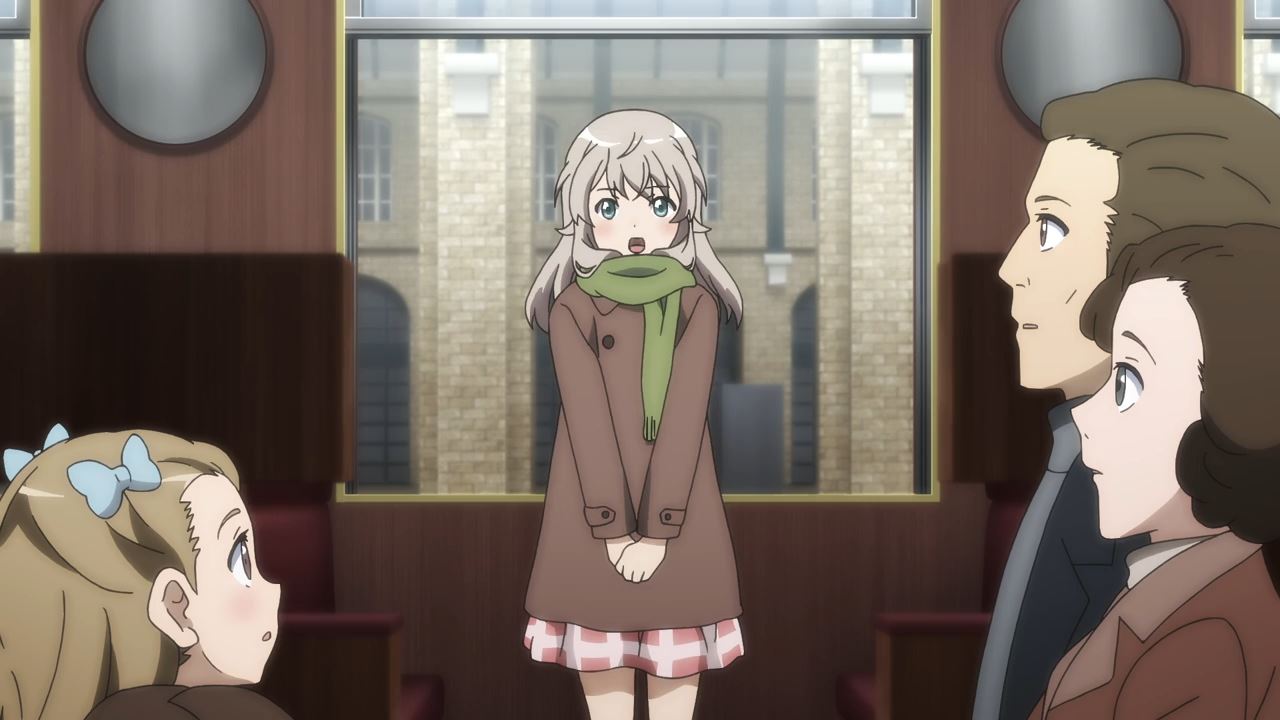 Of course, she wants to thank everyone who convince her to continue singing regardless of not having magic powers. Now, let’s hope that Ginny can make it… 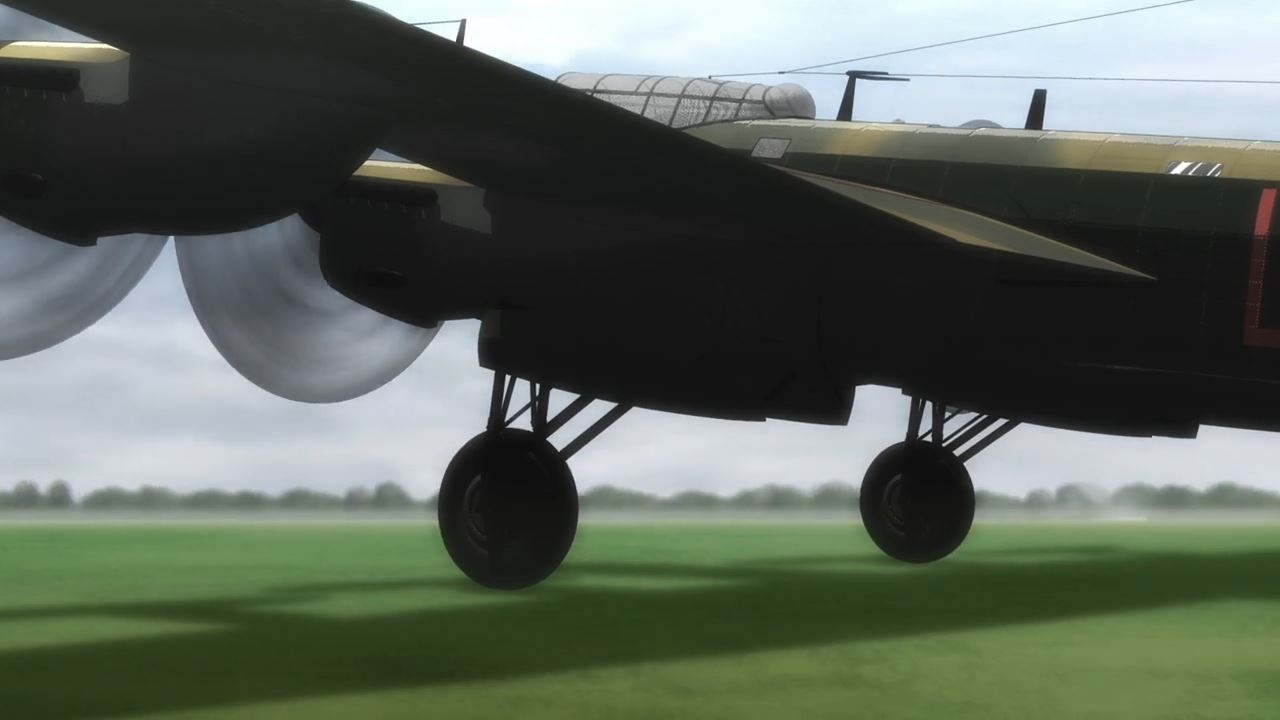 That’s because the airplane heading to Gallia is about to take off. It’ll be bad if the 72nd Aviation Magic Band left Britannia without having to see Virginia Robertson. 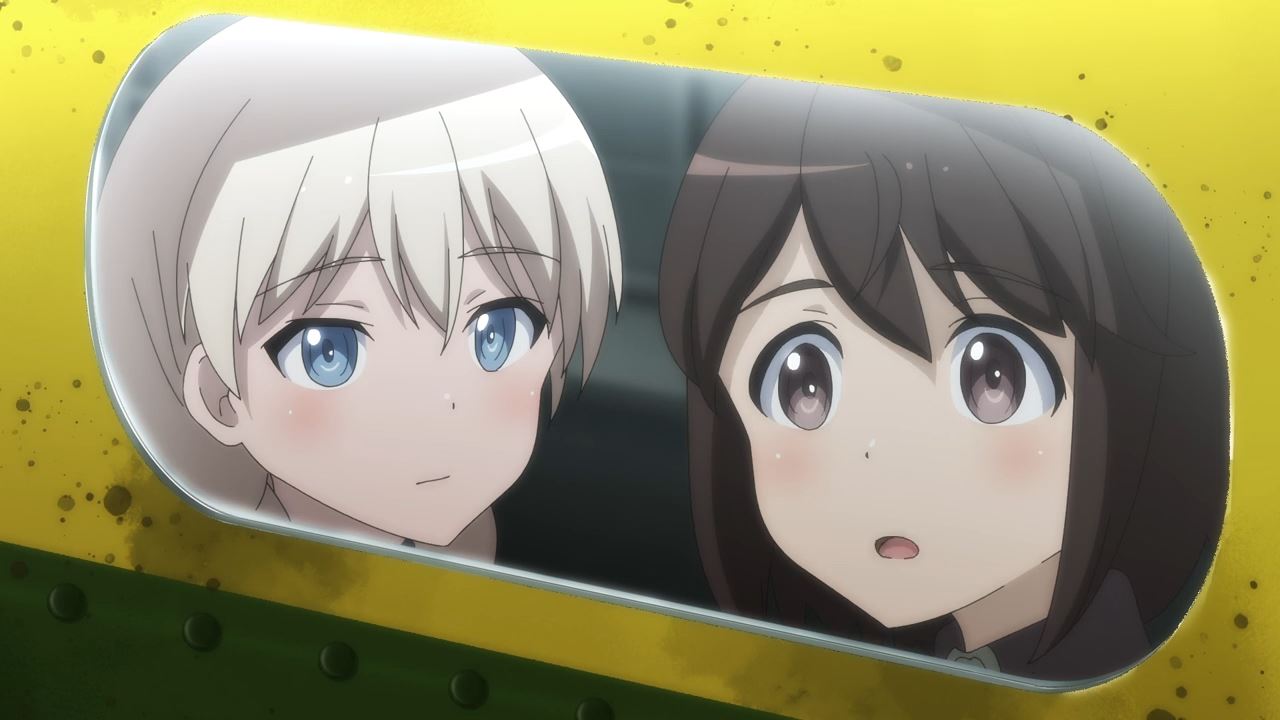 However, Lyudmila Andreyevna “Milasha” Ruslanova and Inori “Inorin” Shibuya noticed a familiar person heading towards the air base. 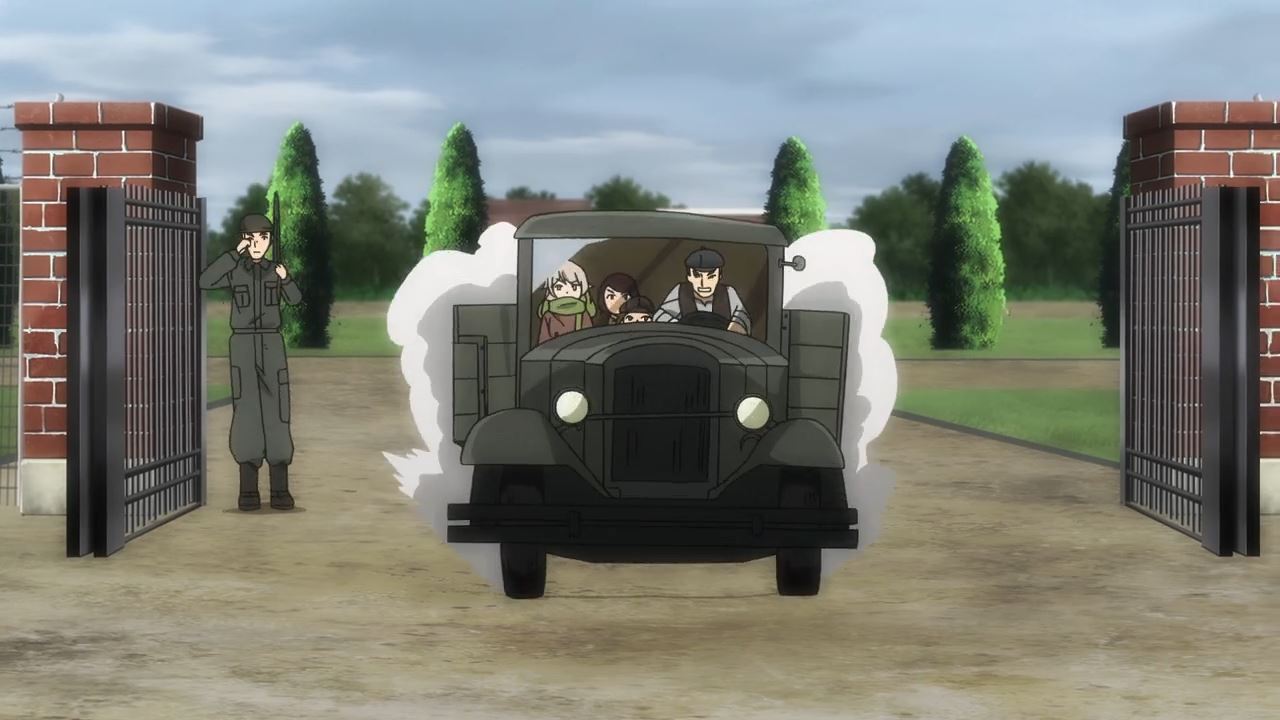 That’s right, it’s Virginia Robertson where her family took Ginny to the air base in a jiffy. Good thing the guard didn’t shoot them or this episode ends in a tragic way. 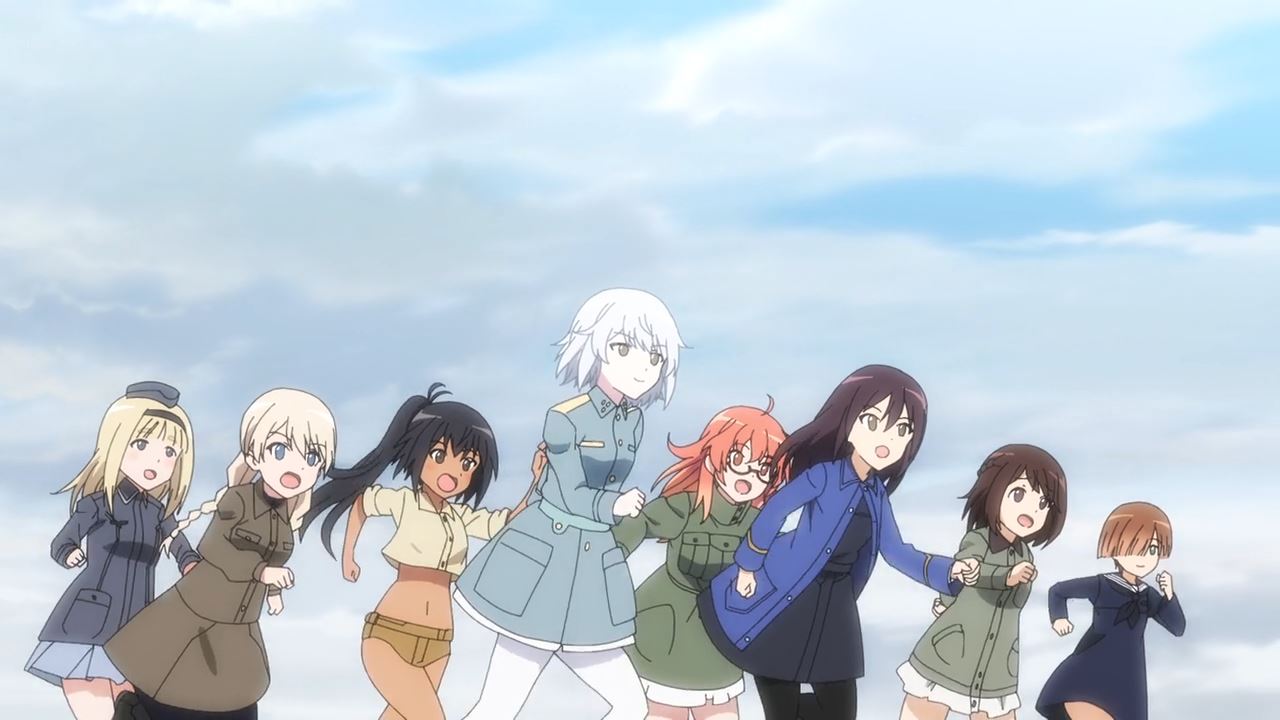 In any case, the Luminous Witches are thrilled that Virginia Robertson has returned where despite no longer being a witch, Ginny wants to sing along with her friends. 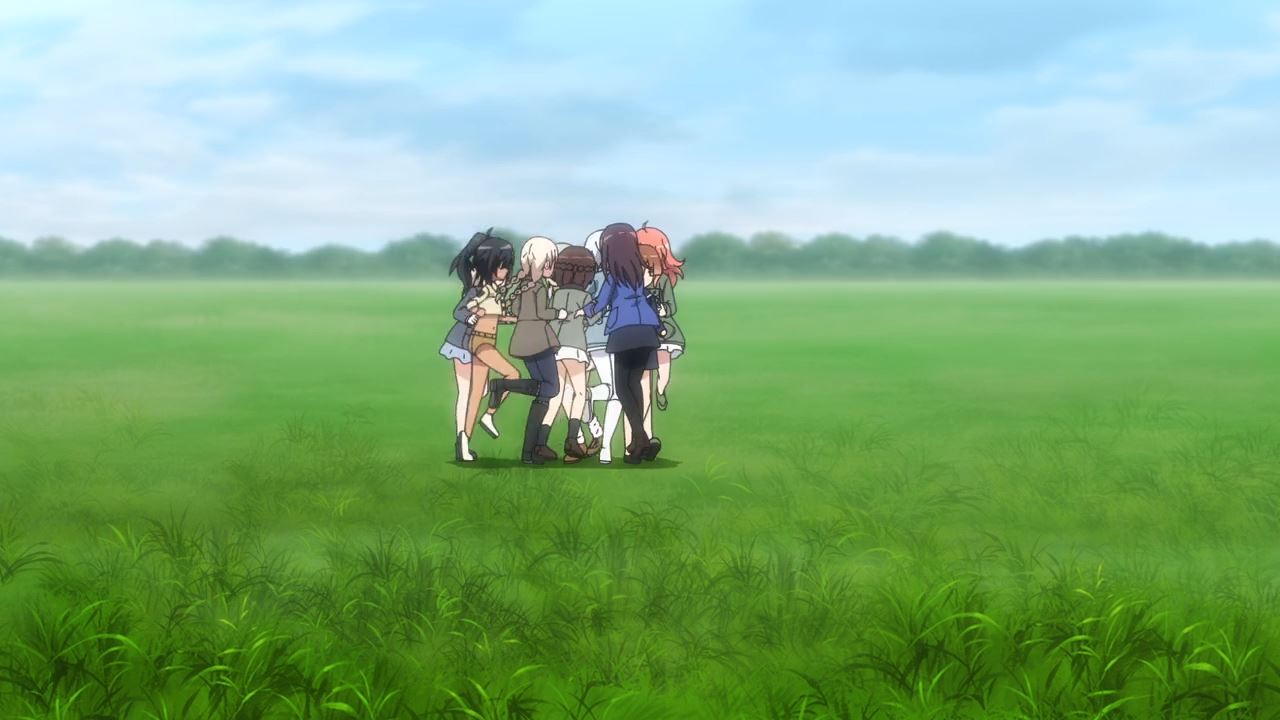 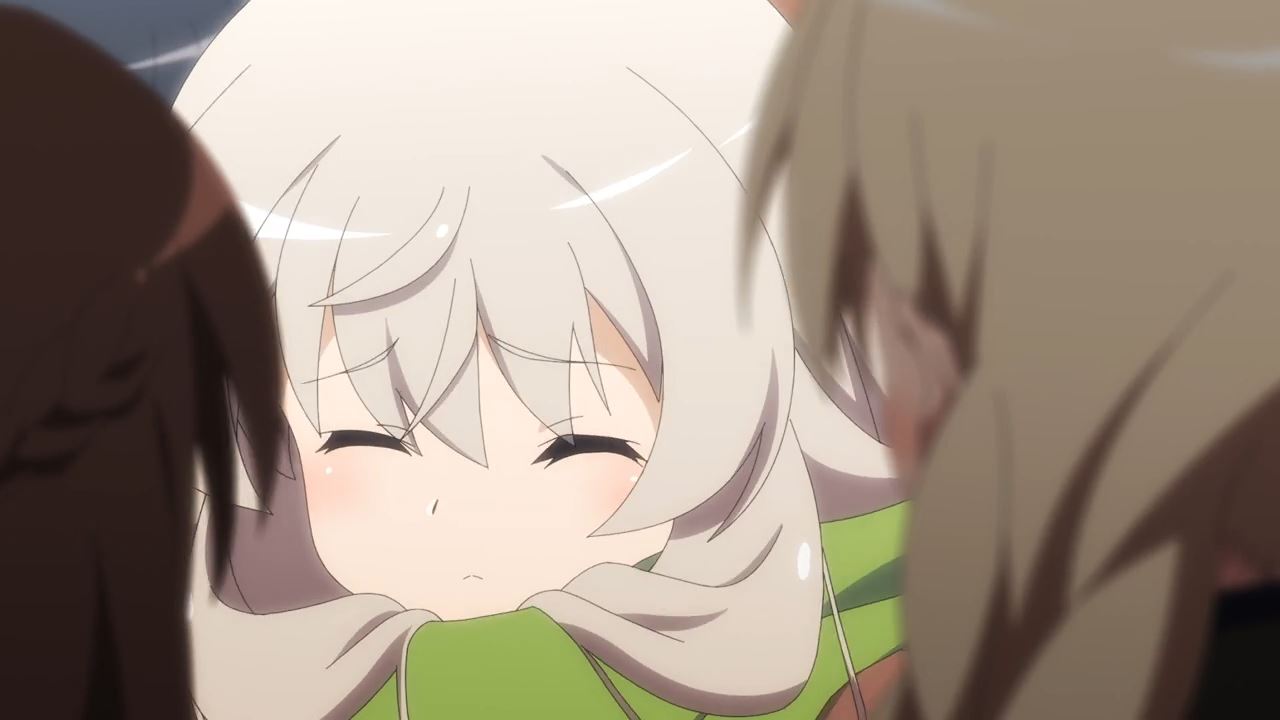 But that’s the end of this episode where Ginny has finally reunited with her teammates from the 72nd Aviation Magic Band. Now, they need to make some changes in order to include Virginia Robertson for their Gallia concert as she can’t fly… unless some miracle happened.

Anyways, I’ll see you next time for the final episode of Luminous Witches. I’m hoping that these girls can bring the best concert that’ll give hope across the world!