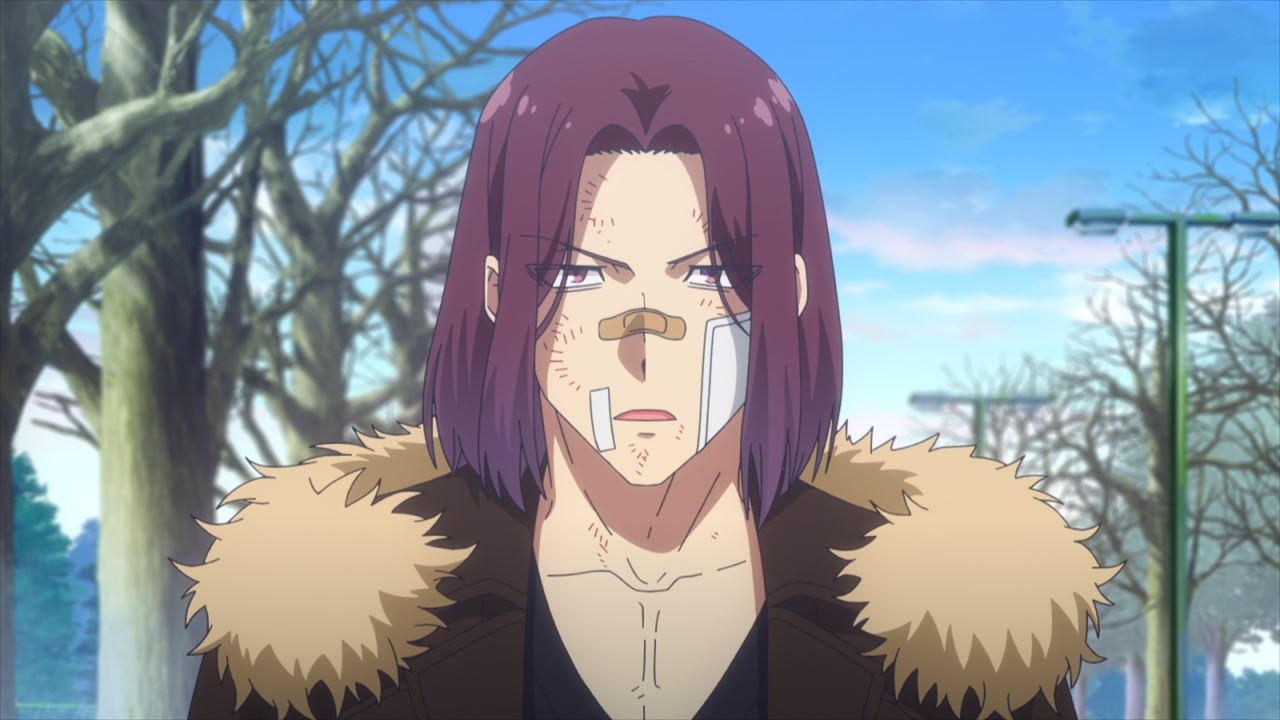 Kakeru Ryuuen, hailed as the tyrant where he leads C-Class with an iron fist. Ryuuen will do anything to bring his class to the top and crush everyone in his path, including Suzune Horikita and Kei Karuizawa.

But in the end, after almost certain that he’ll achieve total victory, Kakeru met his match against the mastermind of D-Class, Kiyotaka Ayanokouji. I have to say that Lerche did a great job of serving Kakeru Ryuuen as the antagonist in Season 2, from his emergence as the arrogant head honcho to his downfall at the hands of Ayanokouji. 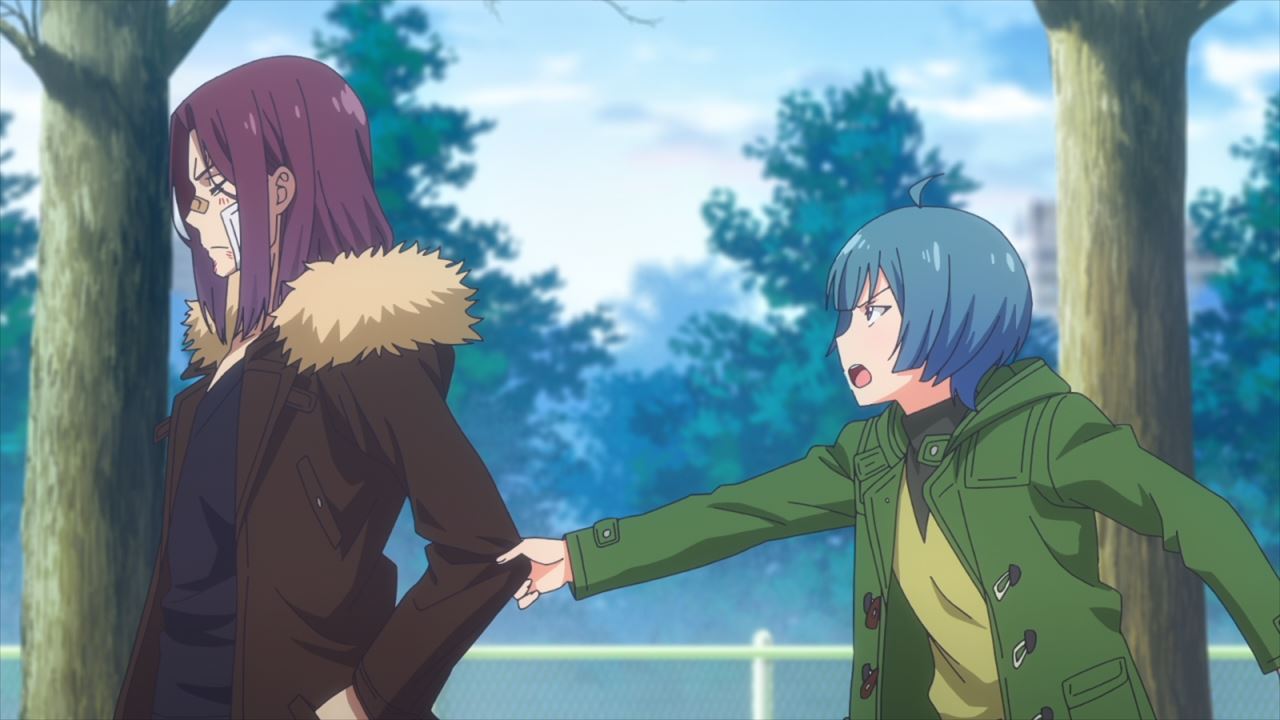 And yet, some people like Mio Ibuki doesn’t want Kakeru Ryuuen to quit after taking responsibility for harassing Kei Karuizawa. With that said, looks like we’ll have to learn about his fate later on this Season 2 Finale. 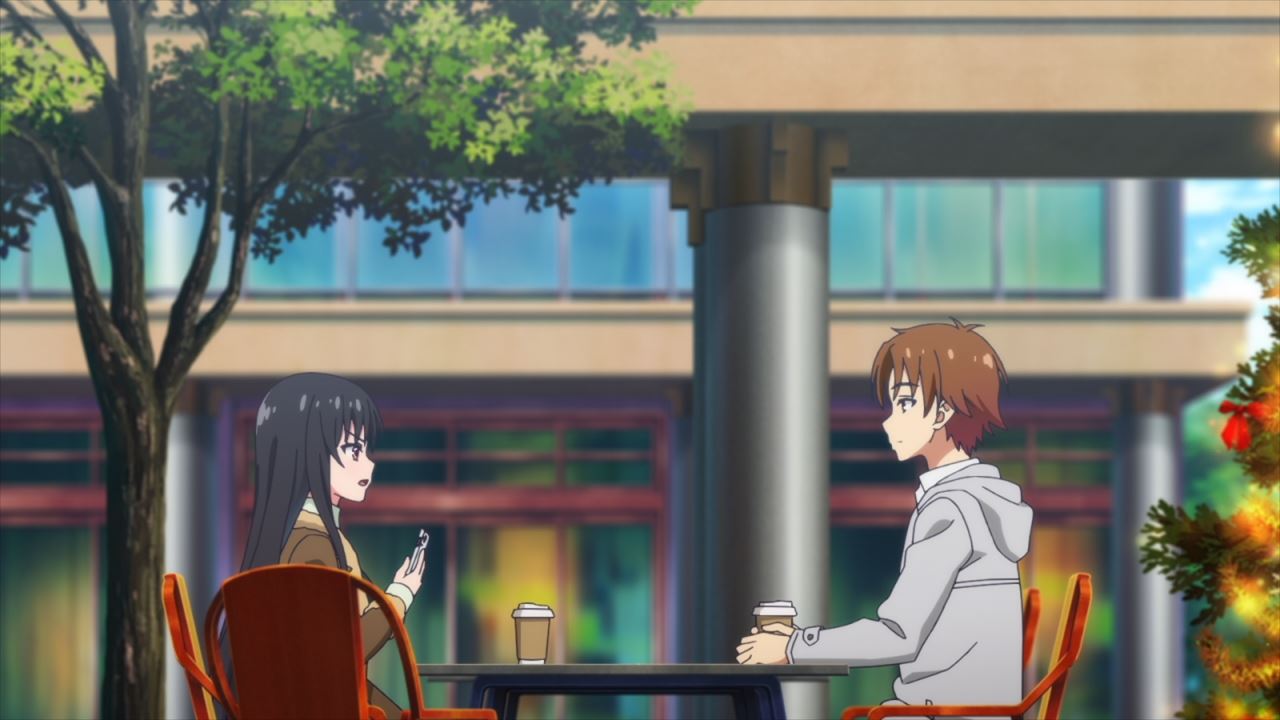 For now, let’s move onto Suzune Horikita where Kiyotaka Ayanokouji told her to join the student council because her brother Manabu said so. Of course, Suzune won’t believe it since Manabu sees her as a good-for-nothing student.

That’s until Manabu calls his sister to join the student council. While Suzune will agree to her brother’s wishes, I think she needs to keep her guard up towards the new student council president Miyabi Nagumo. 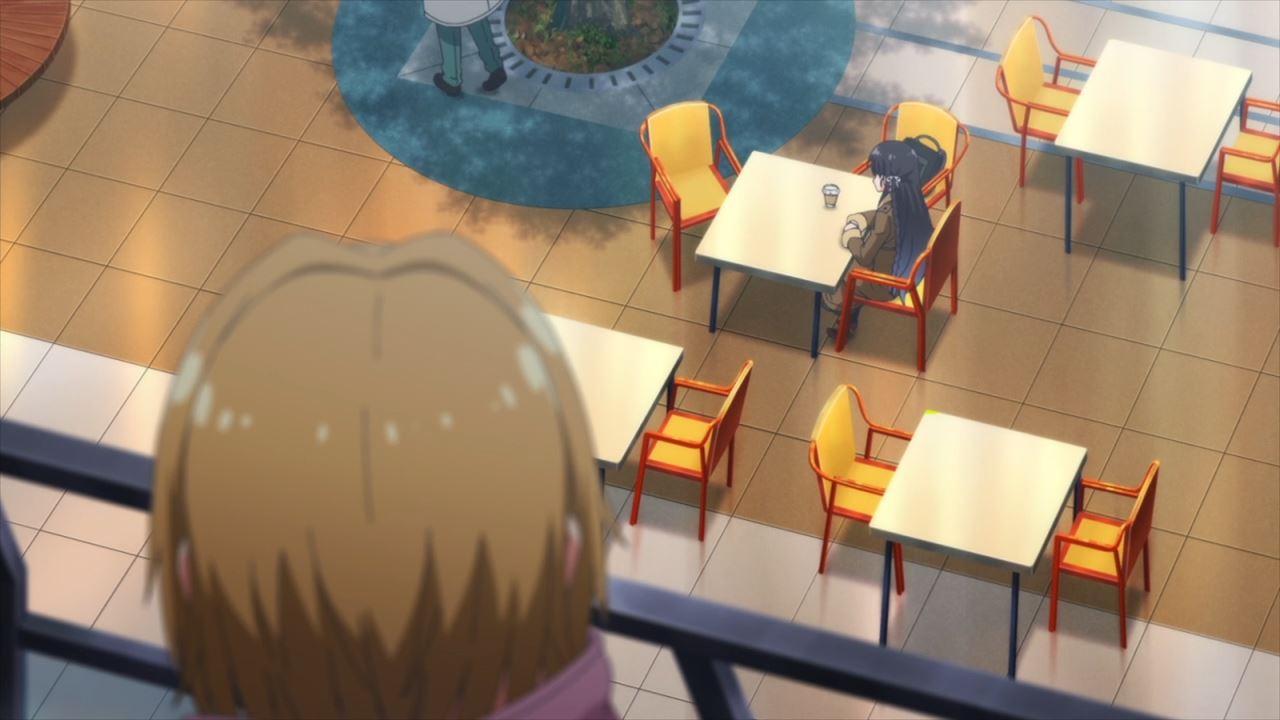 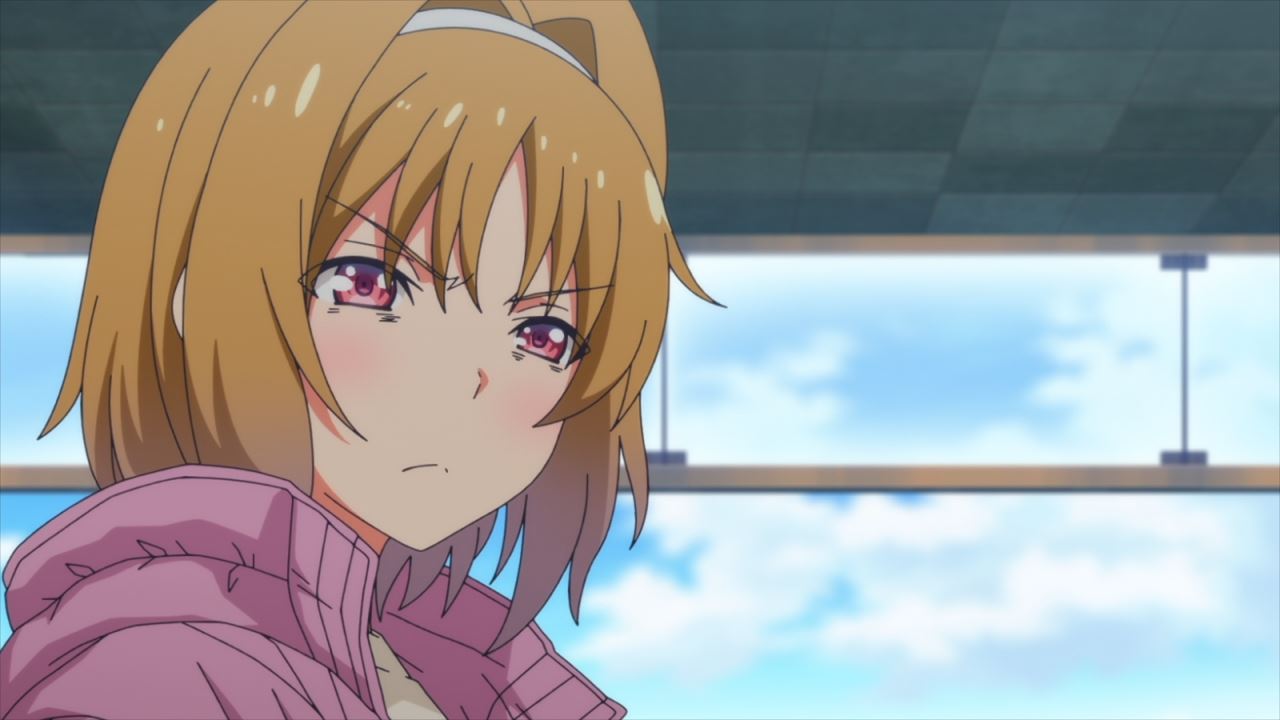 Also, let’s not forget about Kikyou Kushida where she’s still has contempt towards Suzune Horikita.

You know something, I think Kiyotaka Ayanokouji will need to do something towards this psycho ’cause for all the trouble she cause in D-Class, Kushida’s presence is still a liability in the long run. 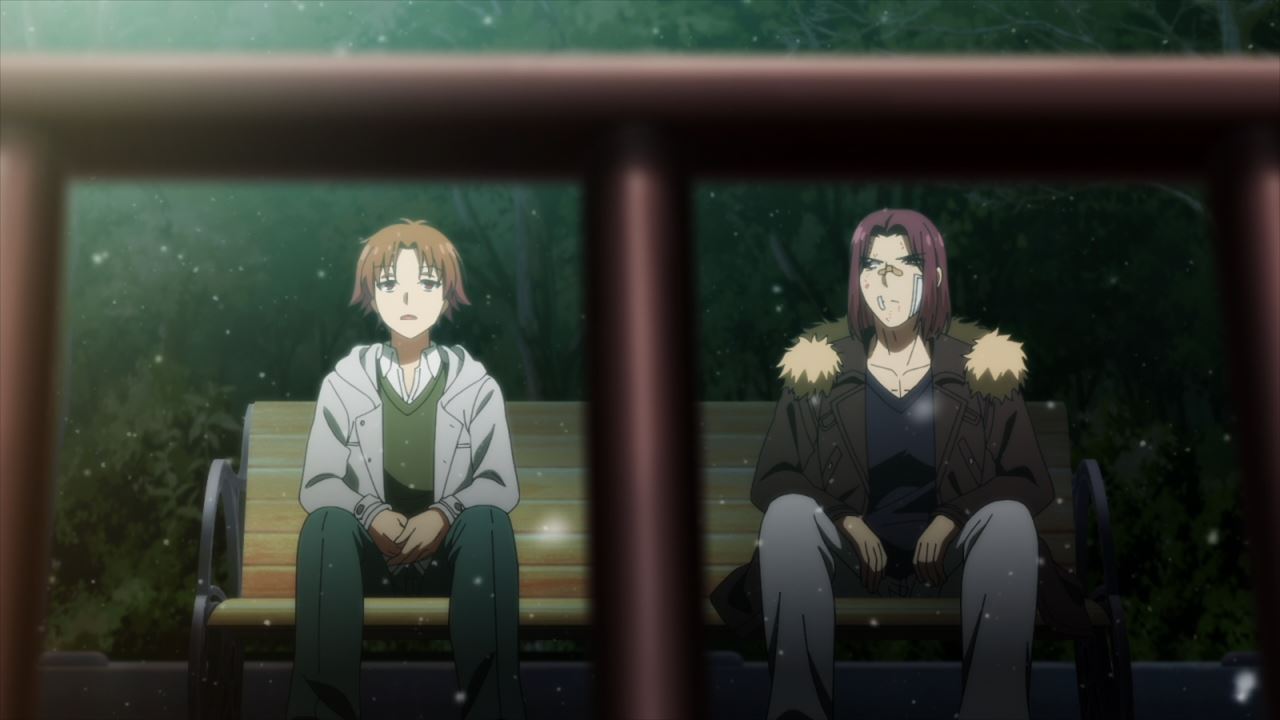 Now then, looks like Kakeru Ryuuen got a little chat with Kiyotaka Ayanokouji where after that incident, Koudo Ikusei Senior High School decided to let Ryuuen and his cronies stay where C-Class admitted their responsibility for sabotaging the cameras in the 2nd gym building, and not just because they bully one student from D-Class even though they already done it back in Episodes 11 and 12.

Of course, you have to thank Manabu Horikita for arranging the messy aftermath and giving them a slight punishment towards C-Class. Without the former student council president tidying up the mess, Kakeru would have been expelled for bullying Kei Karuizawa. But still, Ryuuen knows that Kiyotaka Ayanokouji is one hell of a student that can’t be messed with.

And speaking of Ayanokouji, while he can use Ryuuen as one of his pawns, he has no intention on moving up the ranks as Kiyotaka is pretty much content staying in D-Class. But don’t forget, Kiyotaka will do anything to bring someone down or turn the tables against them should they dare to threaten him or anyone from D-Class. 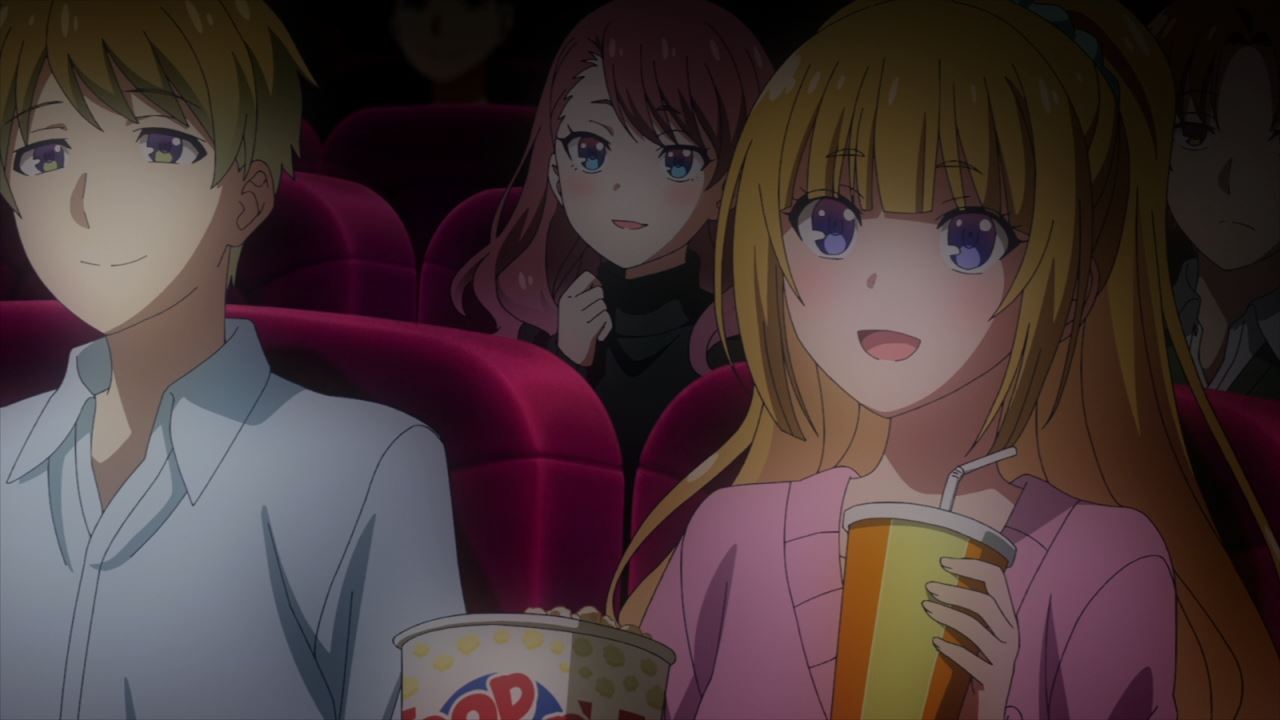 Now then, looks like Ayanokouji got invited by Maya Satou for a double date together with Yousuke Hirata and Kei Karuizawa.

Sure that everyone is having a great time visiting various places during the holiday season, but Kiyotaka is not interested. I mean, he’s just hiding somewhere inside the cinema. 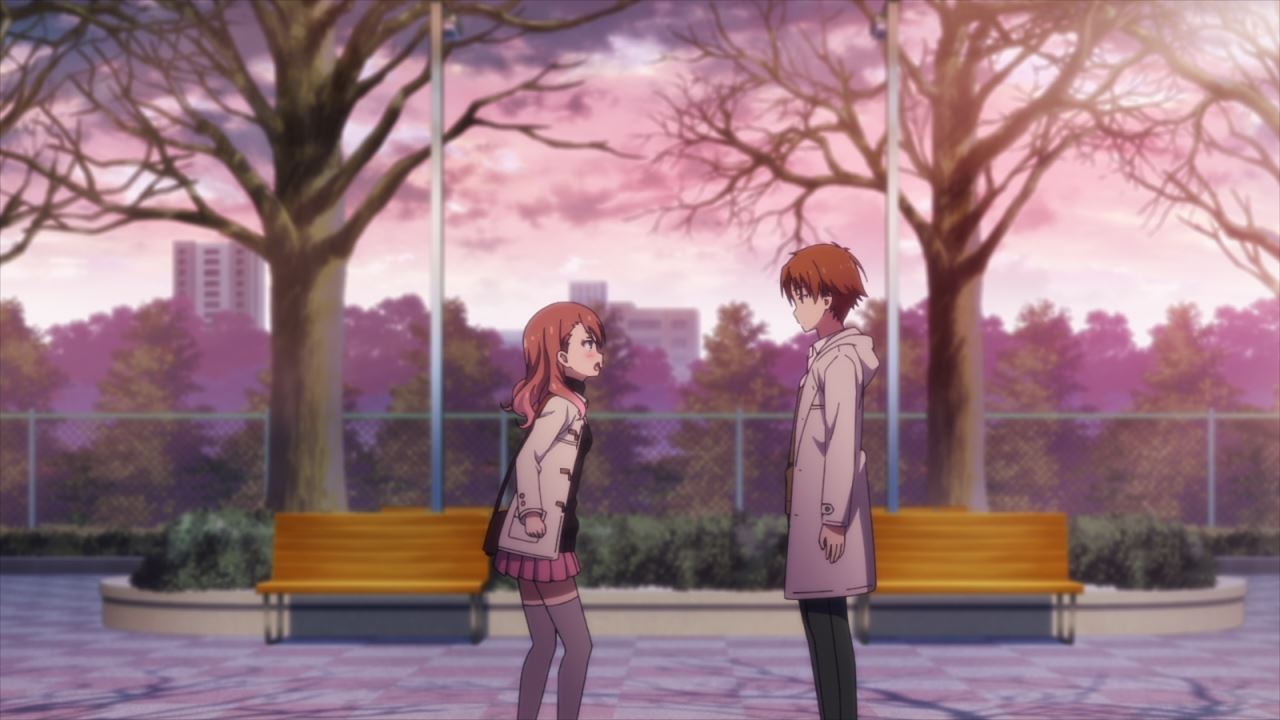 But anyways, here’s Maya Satou where I’m surprised that she returned for this final episode. I thought that she’ll be forgotten afterwards.

Still, Maya Satou wants to confess her feelings towards Kiyotaka Ayanokouji as she’s truly in love with him. 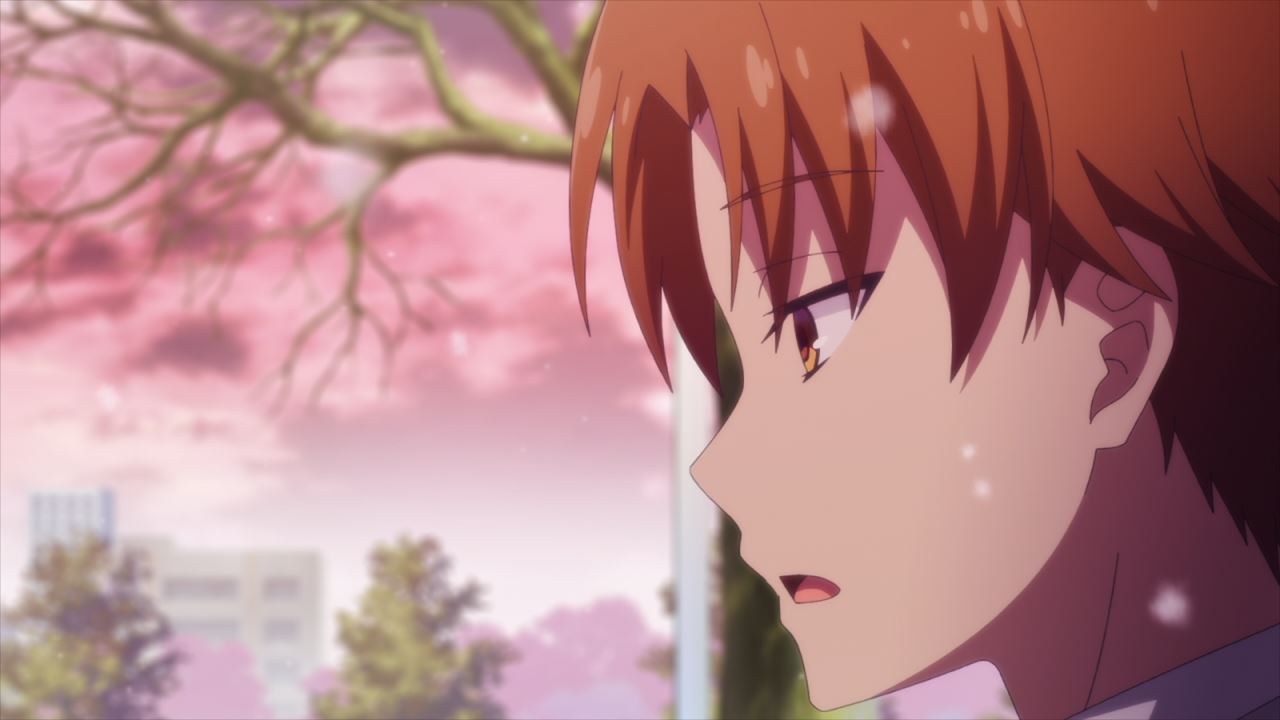 Except that Kiyotaka (or Kiyopon) rejected Maya’s confession as it’s not just because he’s incapable of having any emotions nor attachments towards the opposite sex, but he has an obligation of protecting someone else. You know that girl! 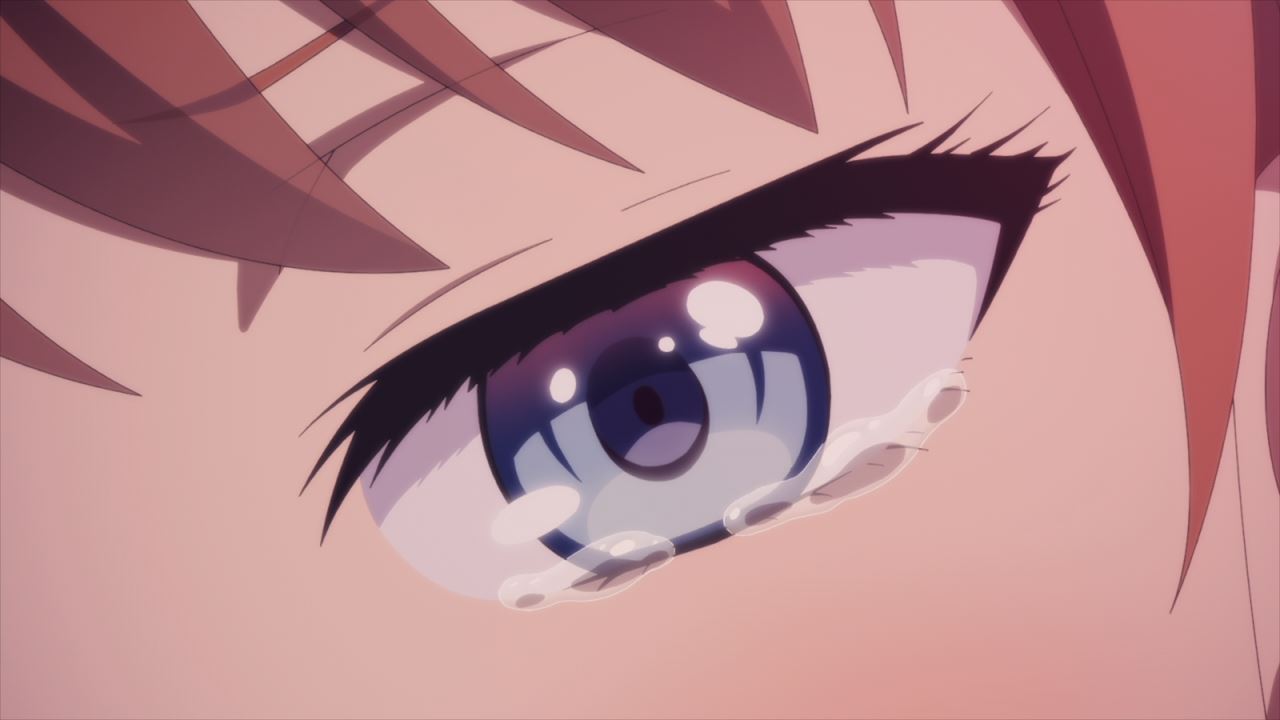 Still, it’s unfortunately that Ayanokouji broke Satou’s heart that she started crying in December. God, Kiyotaka made someone cry just because he rejected a girl like Maya! 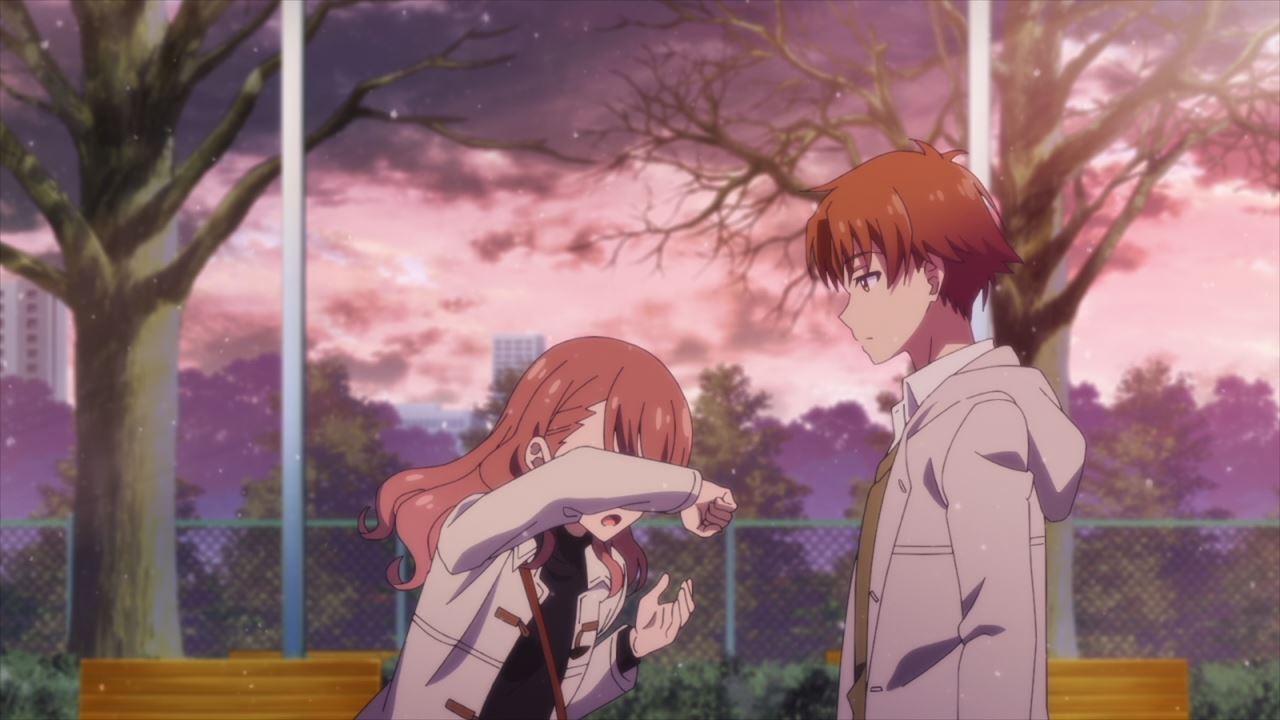 But yes, Kiyopon’s cold-hearted response gave lots of emotional damage to Maya Satou as she goes home. This leaves Kei Karuizawa as the only girl who can stick with Kiyotaka Ayanokouji for a longer period even though he’ll use Kei as one of his pawns. 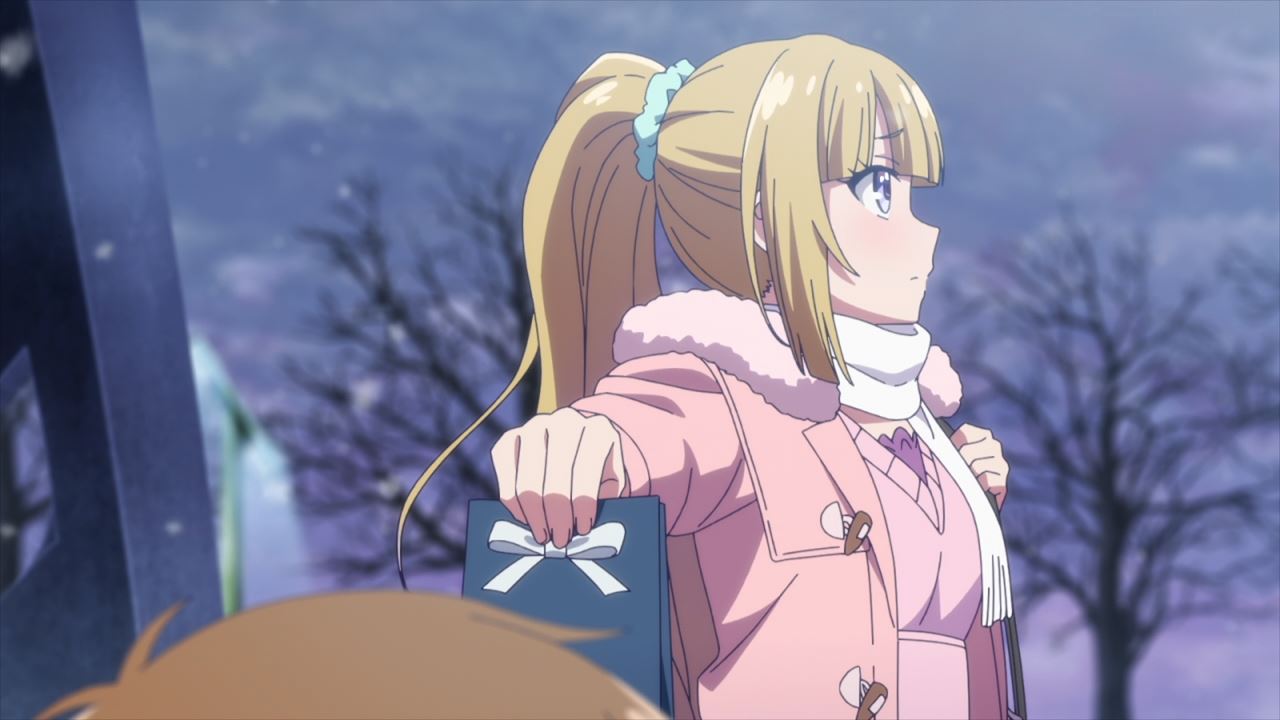 Speaking of Karuizawa, she’s here to give him a Christmas present. By the way, I forgot to tell you that having Kei being subjected to waterboarding and other abuses by Kakeru Ryuuen and his cronies is all part of Ayanokouji’s plan.

Yeah, I’m mad that he purposely let one of his classmates getting tortured, but Kiyotaka should have save Kei Karuizawa sooner. Who knows what Ryuuen would do to her after splashing lots of ice-cold water. 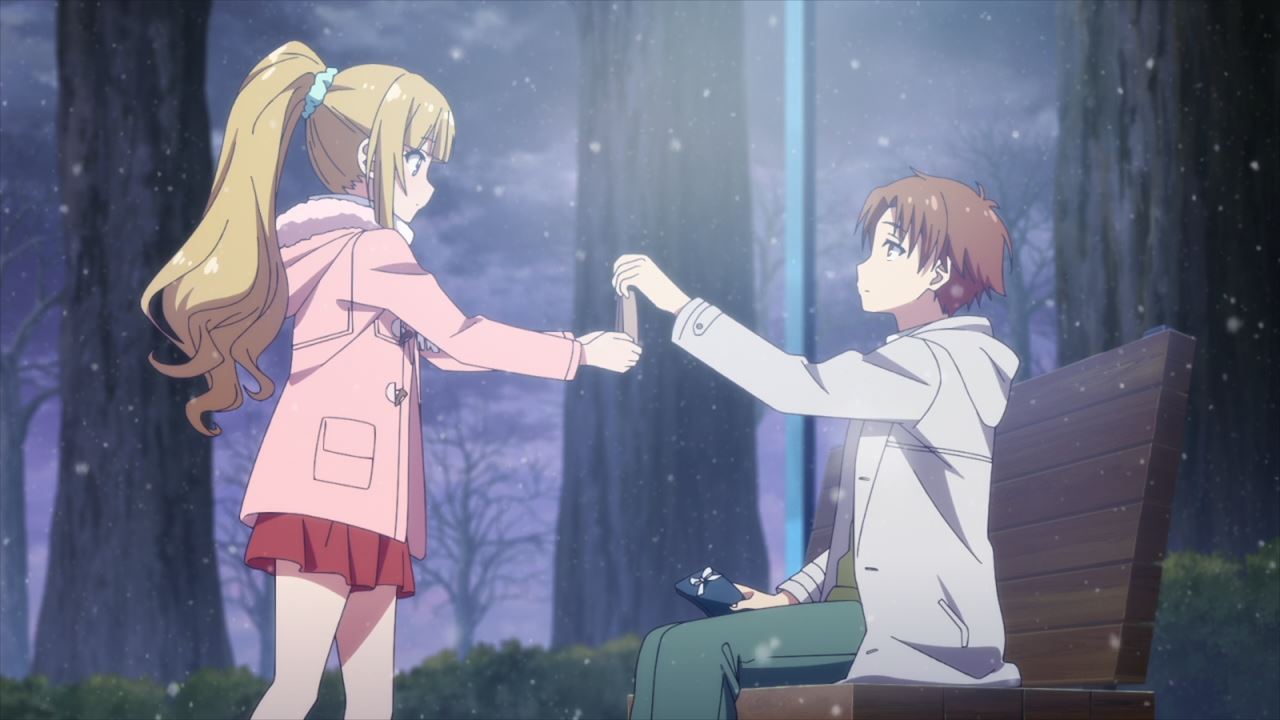 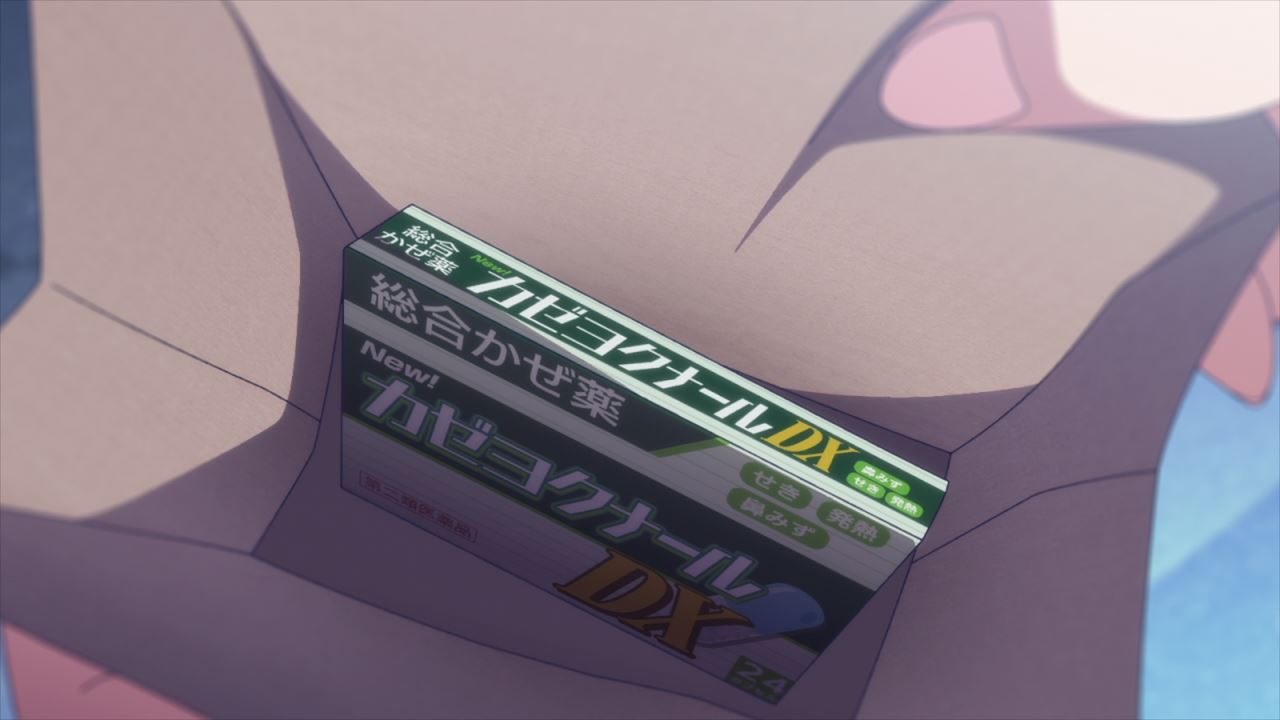 Anyways, here’s Kiyotaka Ayanokouji where he gave some cold medicines as a Christmas gift for Kei Karuizawa. Okay, that was lame but then again, he’s concerned about her health after almost succumbed to hypothermia. 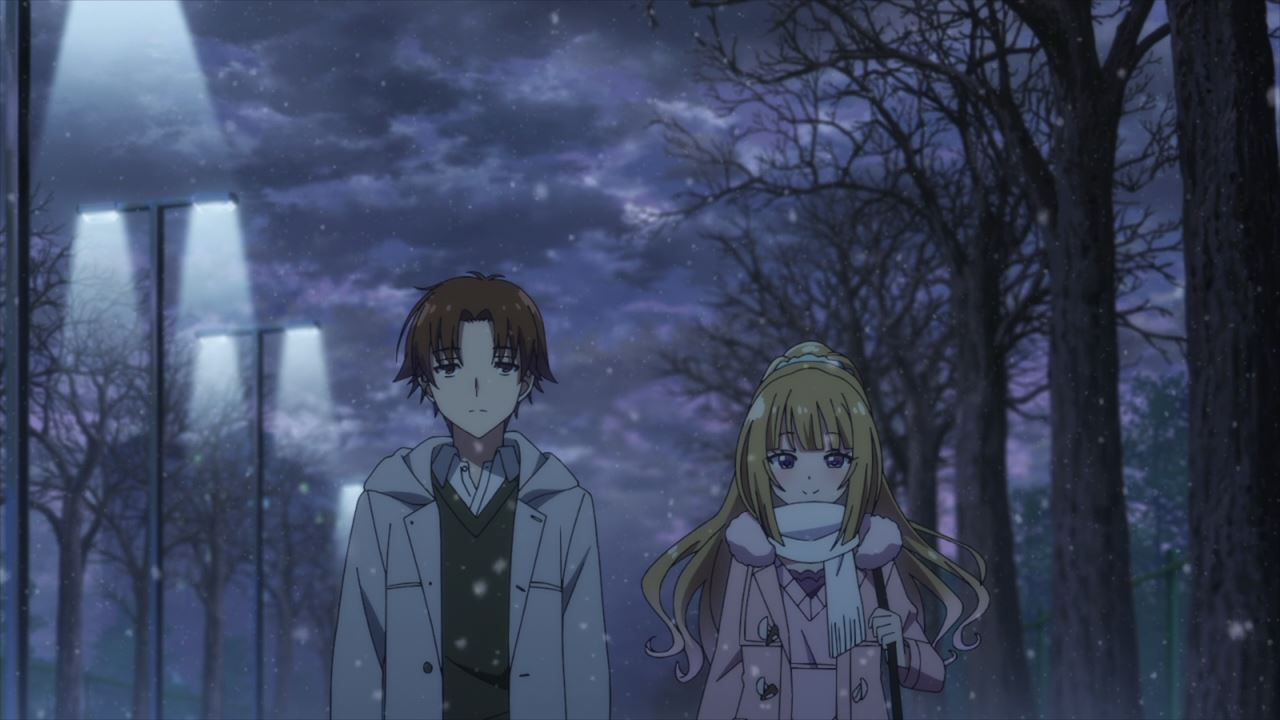 But that’s the end of YouZitsu Season 2 and I have to say that Lerche did a good job in improving the quality over Season 1. Of course, some parts of the story are truncated or changed just to hype up the battle between Ayanokouji and Ryuuen.

Aside from Kakeru Ryuuen who is elevated as the antagonist in Season 2, I have to say that letting Kei Karuizawa took the role as the main heroine over Suzune Horikita is quite a good move as Kei has a tragic past and she needs to be protected most of the time. Seriously, it’s all thanks to Ayanokouji that Karuizawa found her salvation, although Kiyotaka will continue to use Kei as one of his pawns instead of becoming a couple.

Oh, and let’s not forget about Kikyou Kushida where despite being outplayed by the likes of Kiyotaka Ayanokouji and Suzune Horikita, I’m quite disappointed that she could have come up with various ways to defeat her rivals instead of acting as Kakeru’s mole. And yet, I’m still amused that Kikyou continues to act as the nice girl who harbors deep hatred towards Suzune, just because Horikita somewhat knows Kushida’s mysterious past. Of course, Kikyou Kushida will experience a miserable downfall at some point as Kiyotaka Ayanokouji will try to bring that bitch down to her knees.

Anyways, it’s a good improvement over the first season as YouZitsu Season 2 is quite entertaining. Now, I’m yearning for another season as I’m curious on various things within this series like Miyabi Nagumo’s reign as the student council president, Kiyotaka’s family problems, and Arisu Sakayanagi where she’s somewhat interested towards Kiyotaka Ayanokouji.

And speaking of the devil herself, Arisu Sakayanagi has arrived where it turns out that she knows Kiyotaka Ayanokouji ever since meeting him in the infamous White Room. Wait, they know each other back then! 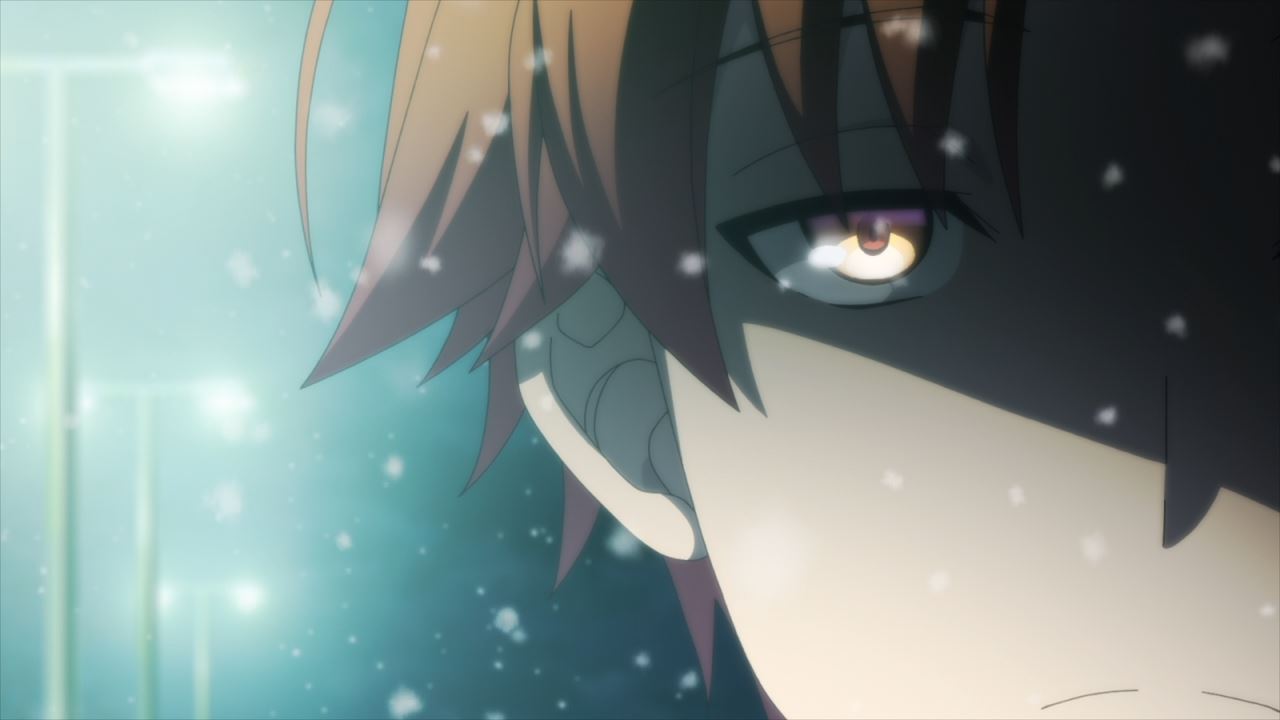 Then again, Kiyotaka doesn’t give a damn towards Arisu as he’ll bury her at any given moment.

Man, I have a feeling that Season 3 will set up a clash between Sakayanagi and Ayanokouji, with Nagumo playing a role as the judge, jury, and sometimes executioner. Well then Kadokawa, let me know the airing date of YouZitsu Season 3!