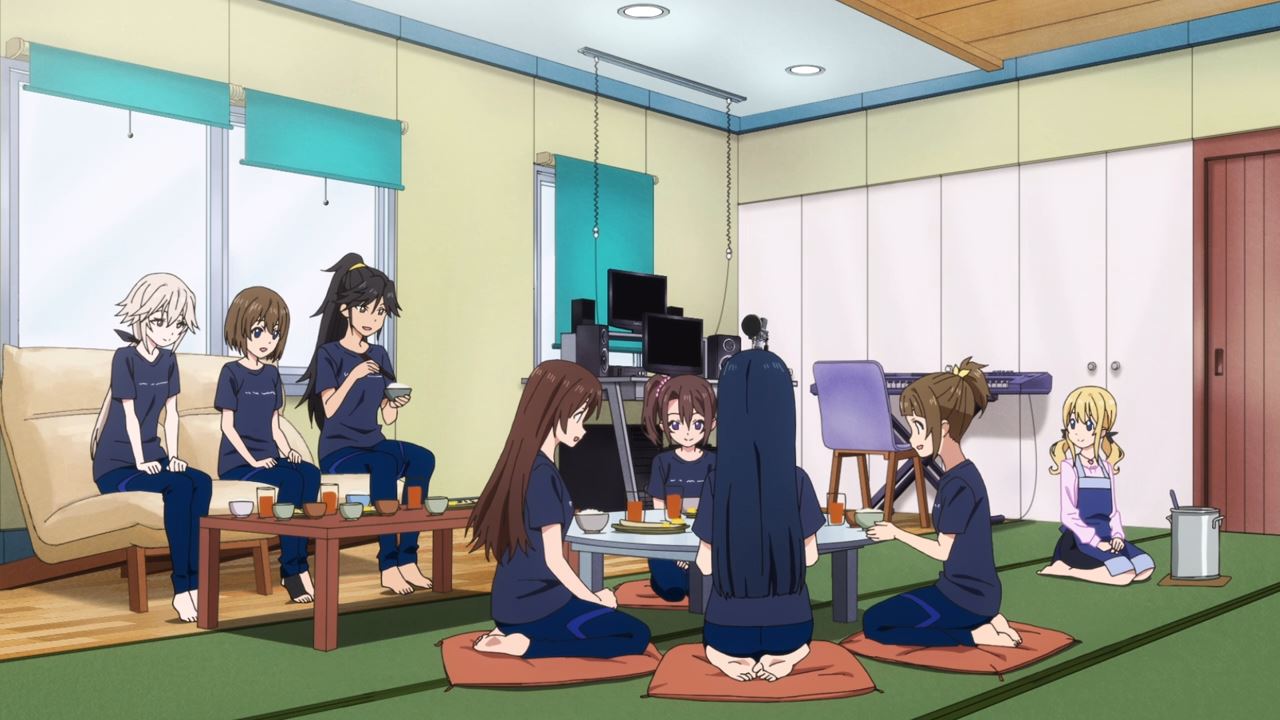 Well, it’s been a crazy and intense night for Hiyori Hayama and her teammates as they couldn’t believe that Rise managed to beat the defending champions May-Bee and move onto the Extreme Hearts East Japan Tournament.

Still, Hiyori is still recovering from her foot injury which turn out that she tore her tendon rather than having broken bones during that intense basketball match. So for the time being, Hayama will have to take a rest until she and her teammates are ready for the next tournament. 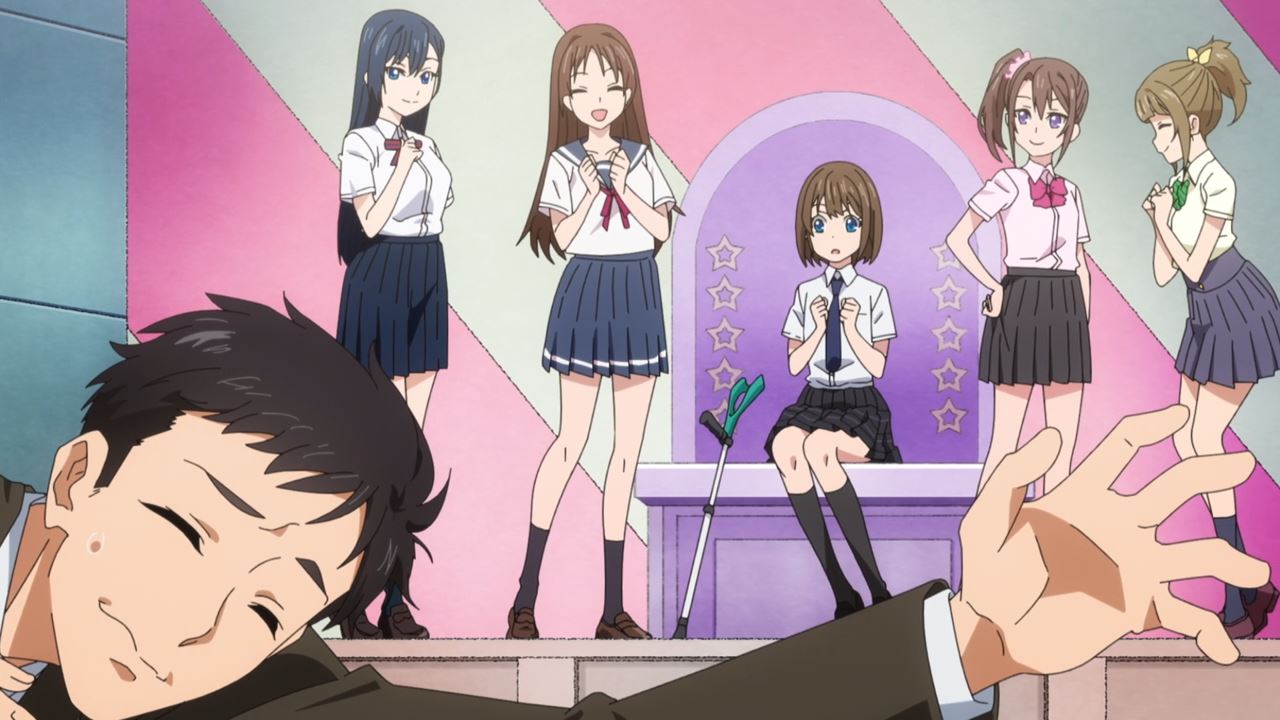 But of course, let’s not forget that Rise will have to do various activities as they’re the winning team in the Kanagawa tournament, from having appearances in various variety shows to having that sweet deal from a respectable music label. 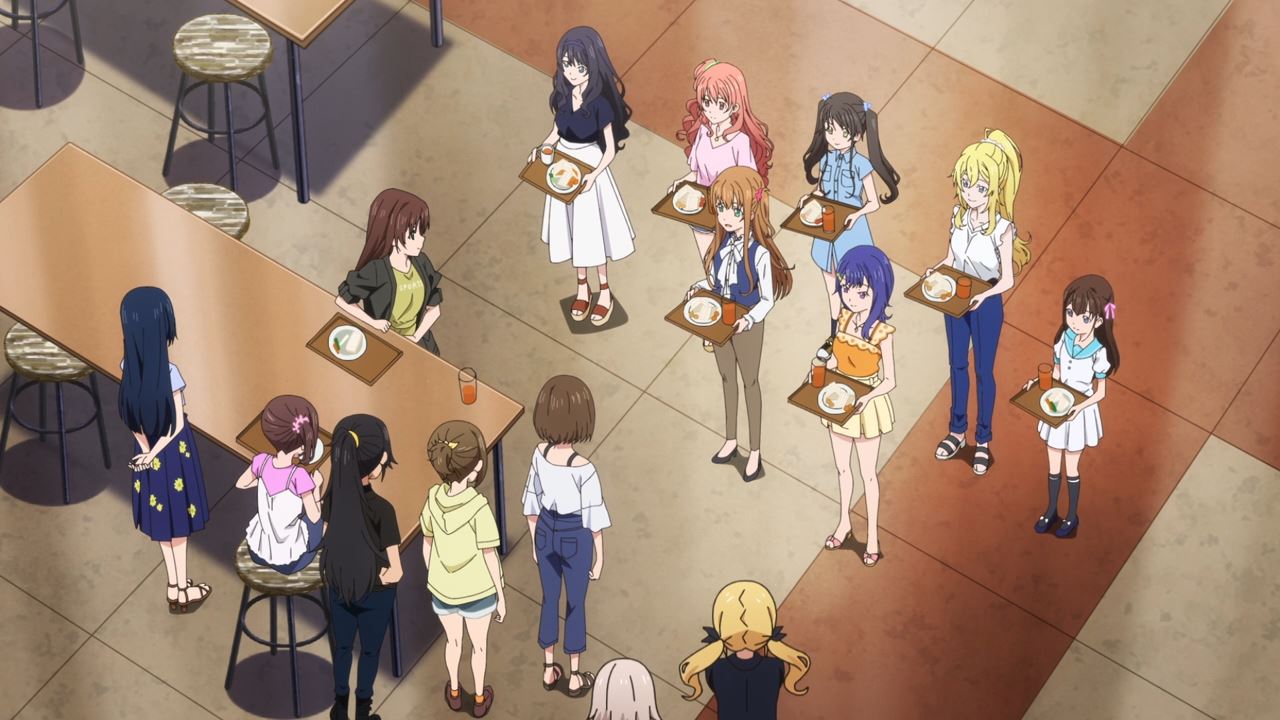 One more thing, looks like the teams from the Kanagawa tournament are here to wish them good luck in the East Japan tournament. Aside from Banshee who are bitter towards Rise, the rest of them have no hard feelings. 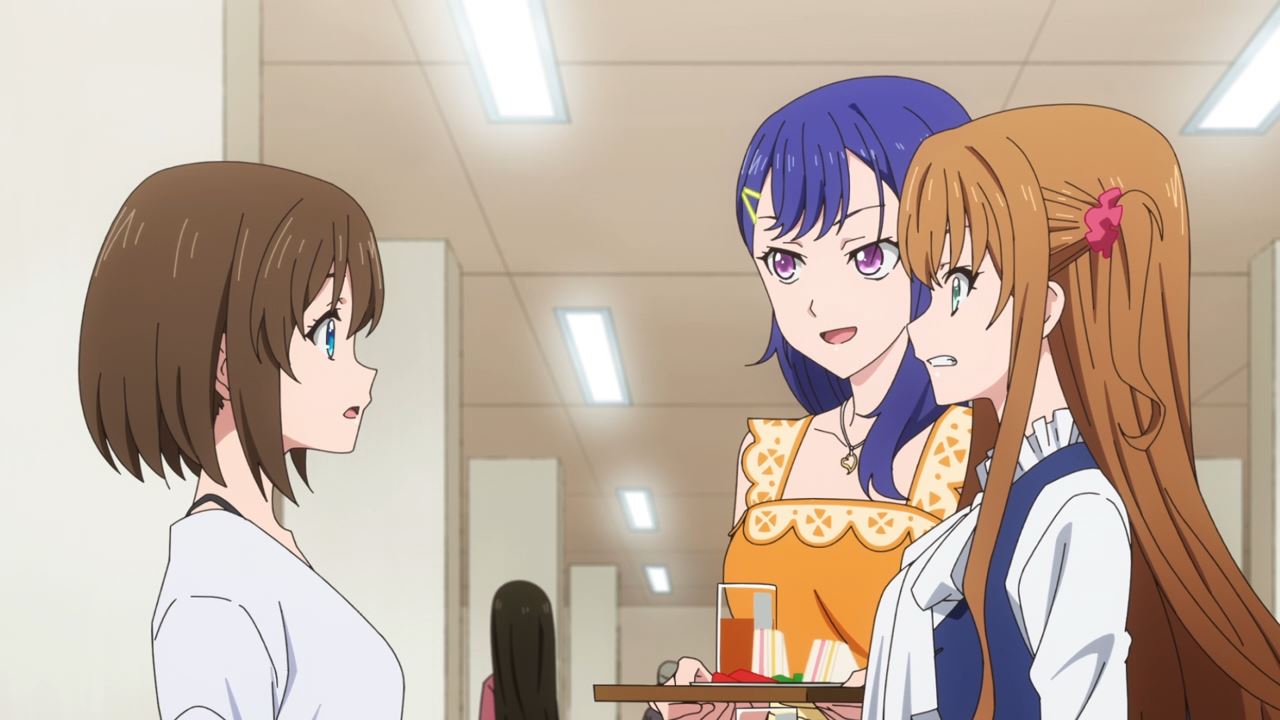 So even though the likes of Link@doll and Smile Power are giving some pep-talk to the Kanagawa champion, they don’t Rise to take it easy as Hiyori Hayama and the rest will need to keep improving themselves if they want to have a shot at the national title! 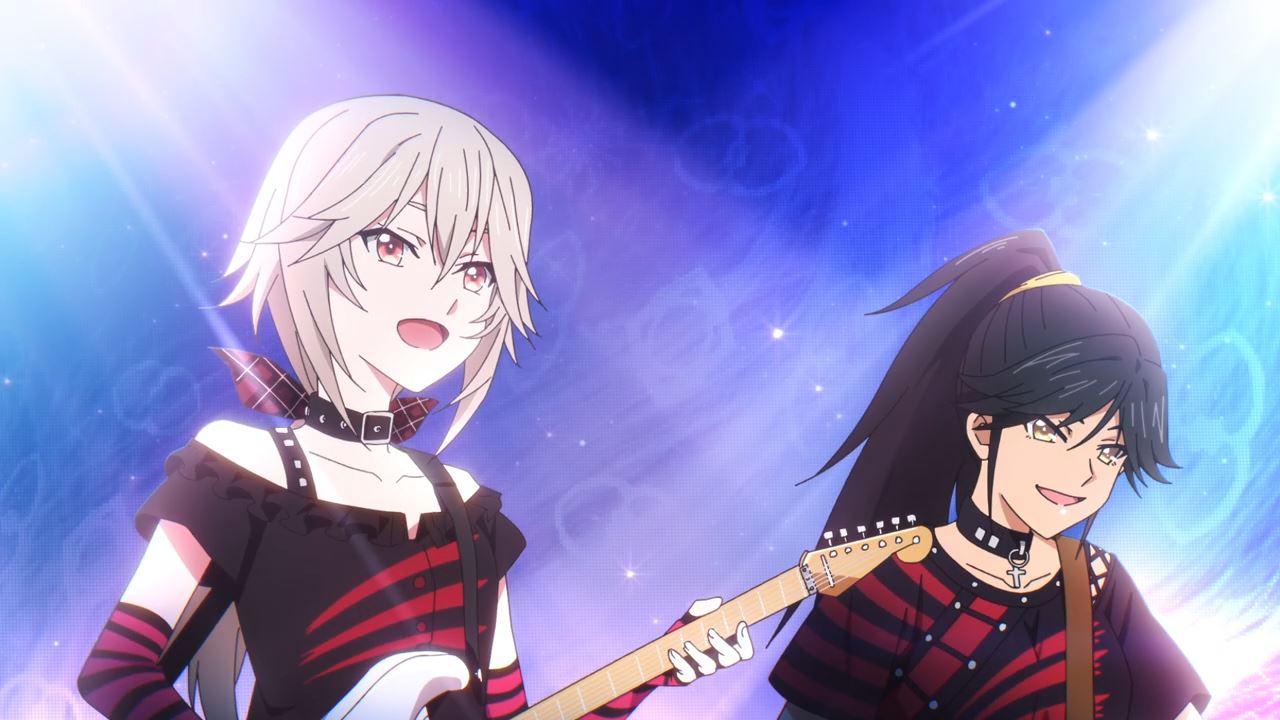 And now, it’s time for the concert where Snow Wolf will be the opening act as the musical duo performed “Hydrangea”.

It’s nice that Michelle Jaeger and Ashley Vancroft are included in this special concert, although I’m hoping that they’ll return stronger as ever before! 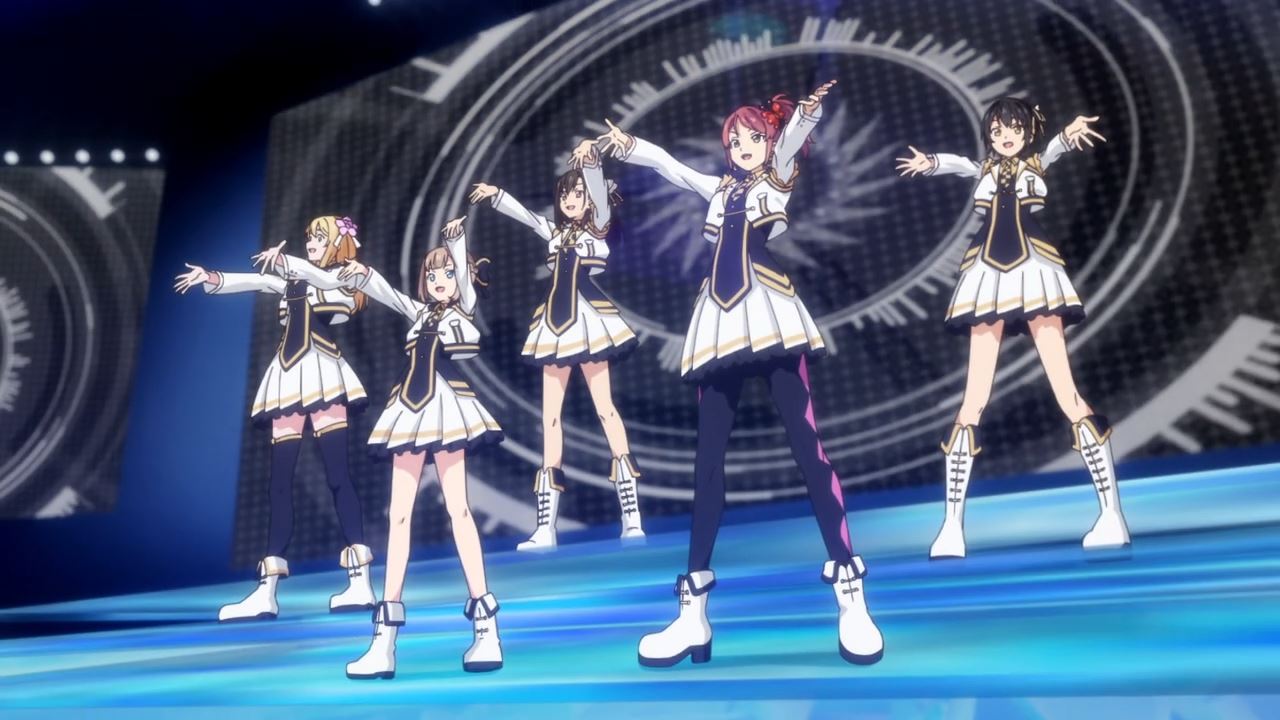 Next is May-Bee where they perform “Hello Hero”. Now while they’ve tasted defeat at the hands of Rise, Hazuki Sakurai and the rest will get their revenge later down the line as May-Bee is still the strongest Extreme Hearts team across Japan! 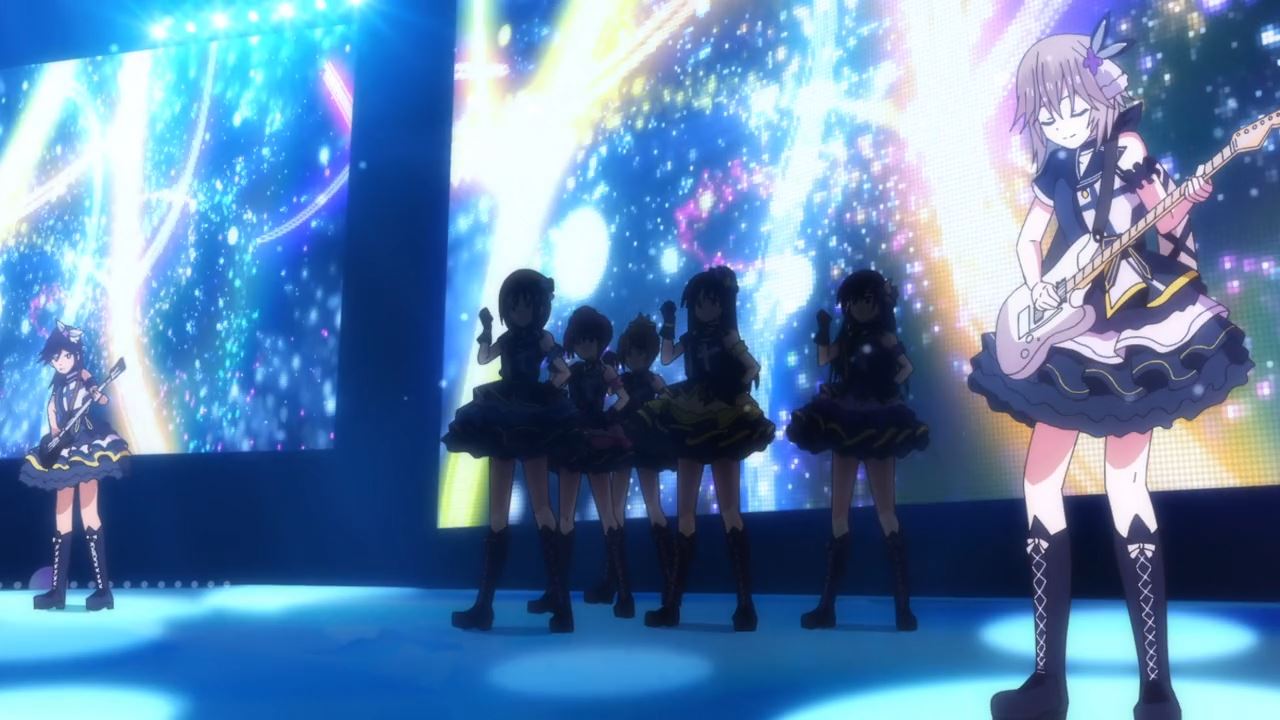 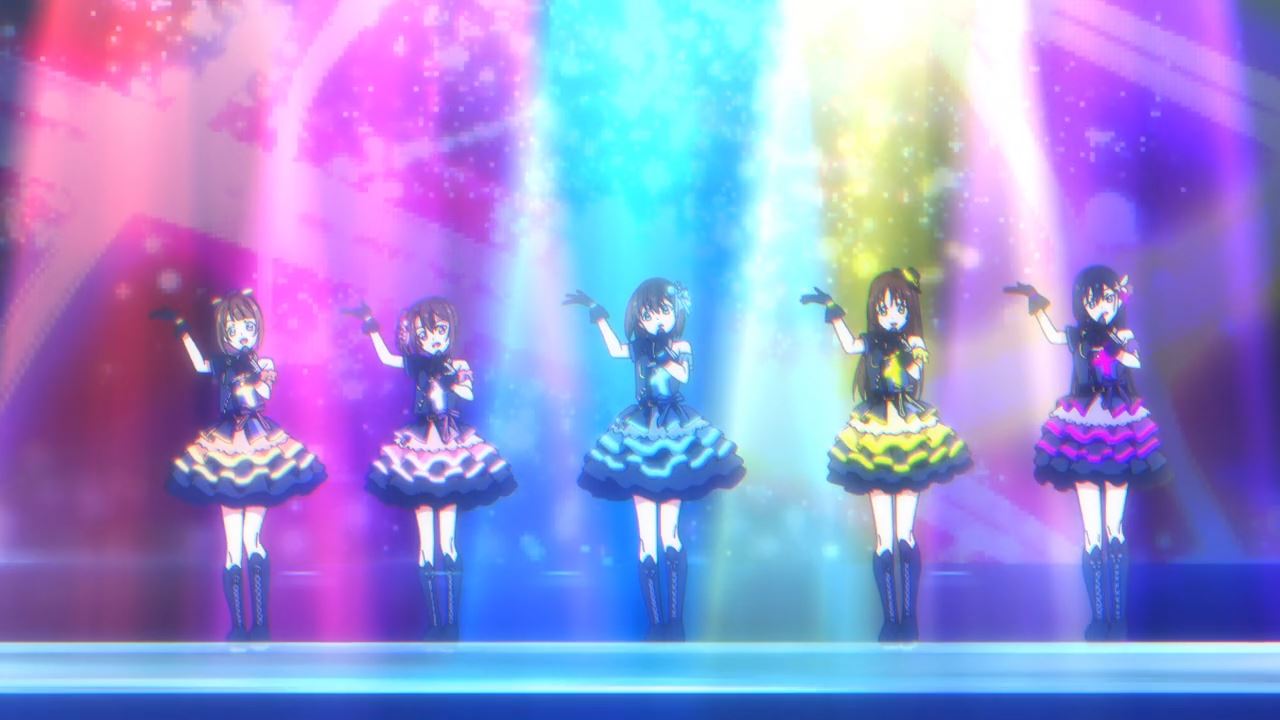 And finally, here’s Rise where the newcomers have arrived to show their stuff in front of a large audience with “Happy Shiny Story” and “Zenryoku Challenger”. Oh yeah, Snow Wolf is accompany them as Michelle and Ashley brought some rocking music!

In any case, even though they haven’t won the national tournament, Rise got a good ending where Hiyori Hayama’s songs is being performed across the country. 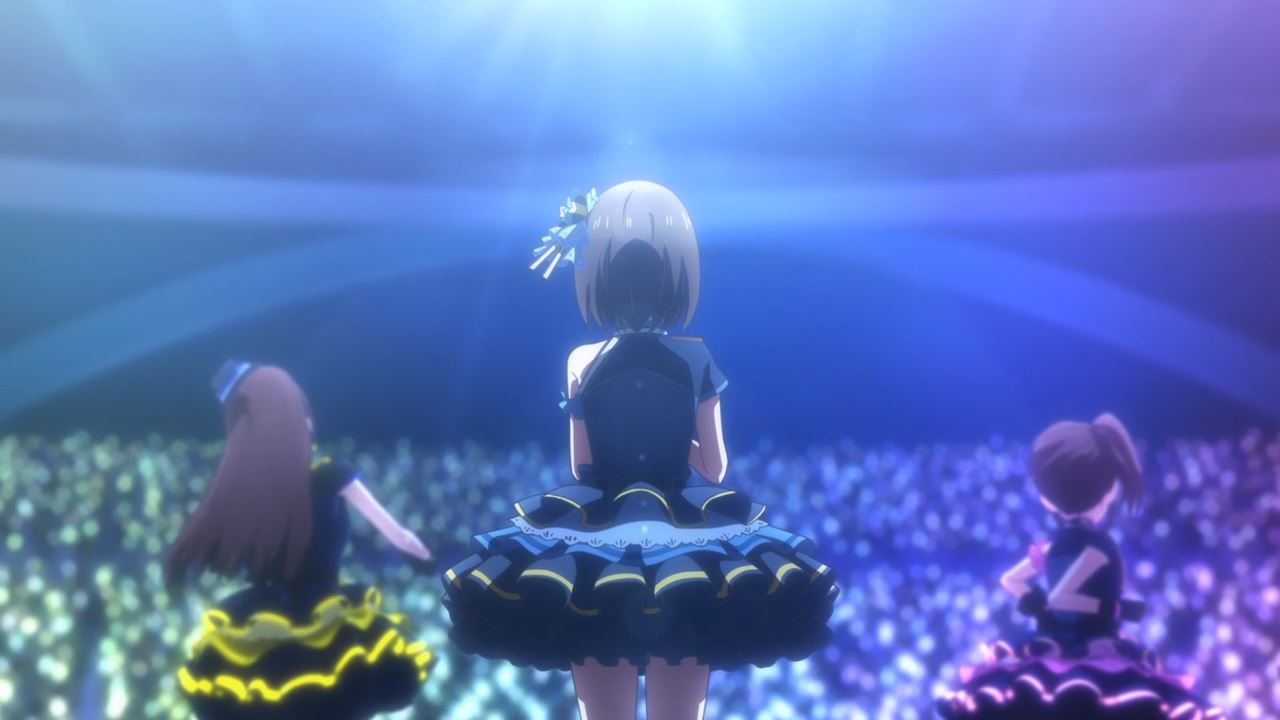 Even Hiyori herself realized it as she went from being a nobody who only sold less than 10 copies of her song to a rising star, all thanks to her friends that Hayama made along the way. 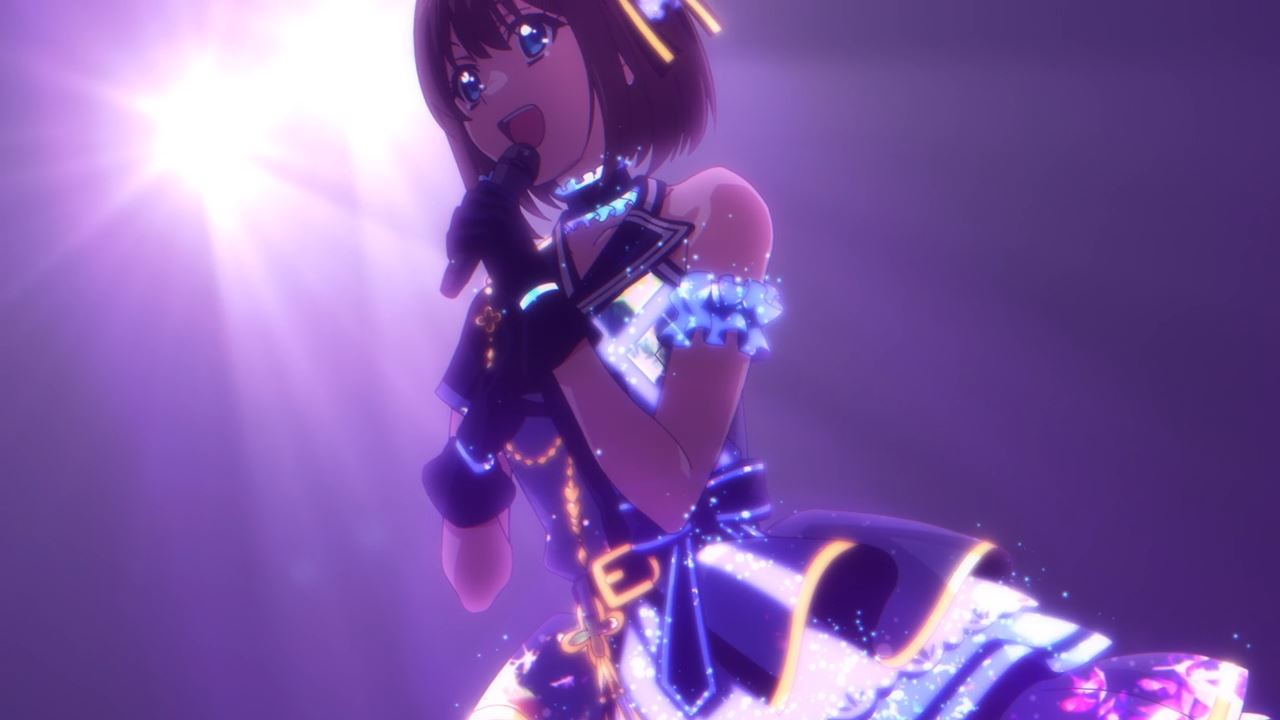 So while I’m hoping that Masaki Tsuzuki’s new series will get a sequel someday, I feel that I’m satisfied with the ending of Extreme Hearts as Hiyori Hayama poured her heart and soul in competing in various sports to perform on the big stage. Heck, she even thanked the fans for their support towards Rise! 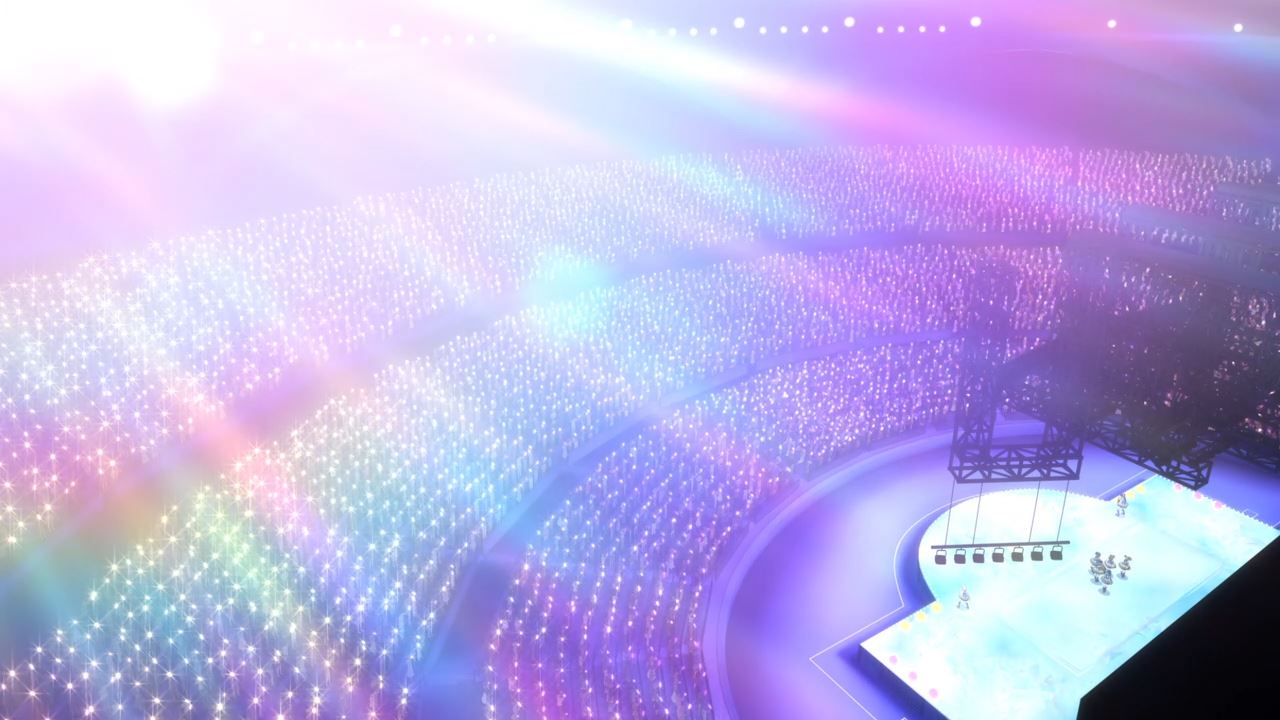 And that concludes Extreme Hearts where Masaki Tsuzuki did something different by combining sports and idols. Sure that it’s pretty rough when it comes to animated scenes but hey, it’s slightly better than Puraore! Pride of Orange where it shows some likeable characters and intense sports action.

Then again, I really wish Sumika Maehara’s helper robots and QON-N4CX “Nono” should have a day in the limelight as they need some love. Oh, and it’s not just the robots, but also various teams like May-Bee and Link@doll where it’ll be interesting to see how they became the best teams in the competition.

Anyways, Extreme Hearts is quite a hidden gem in Summer 2022 where Seven Arcs made an entertaining show about sports idols. Time will tell if King Records would green-light a sequel much like Magical Girl Lyrical Nanoha or Dog Days, although I really doubt it on whether they’ll continue Rise’s story towards the national tournament or end it right here. 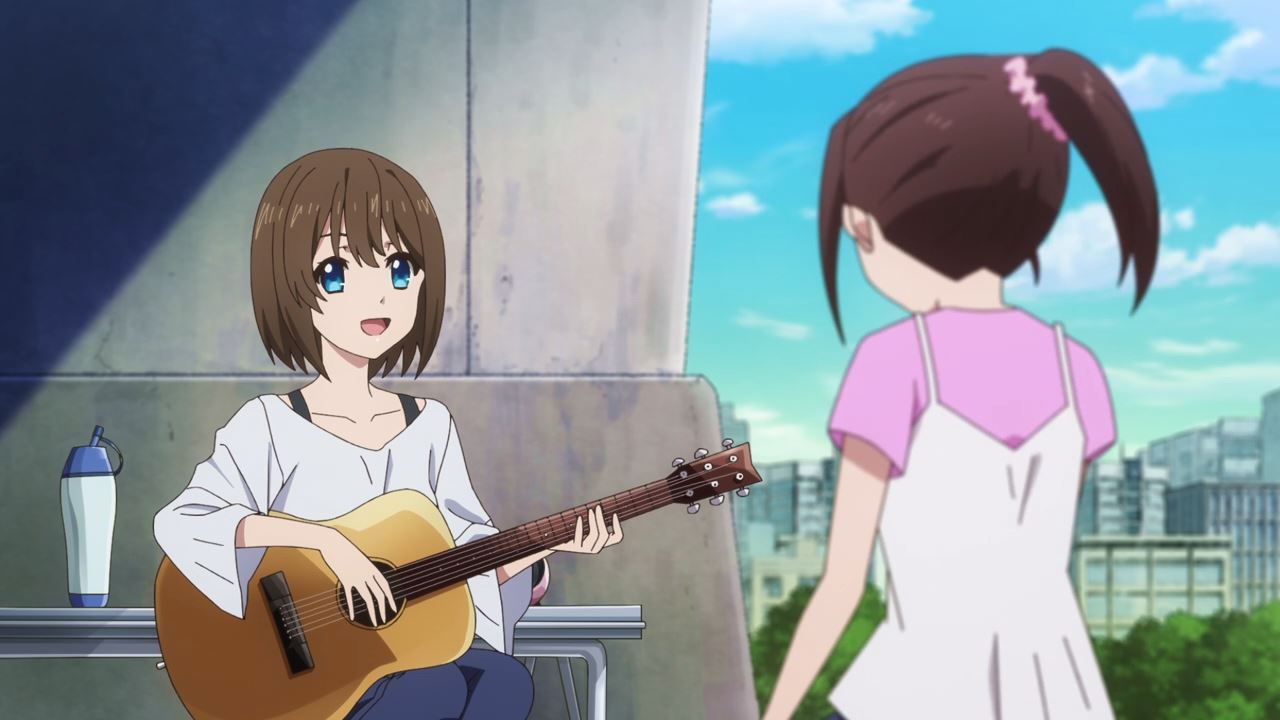 Now then, let’s end this episode where Hiyori Hayama went to her usual place for special concert just for her number one fan Saki Kodaka. 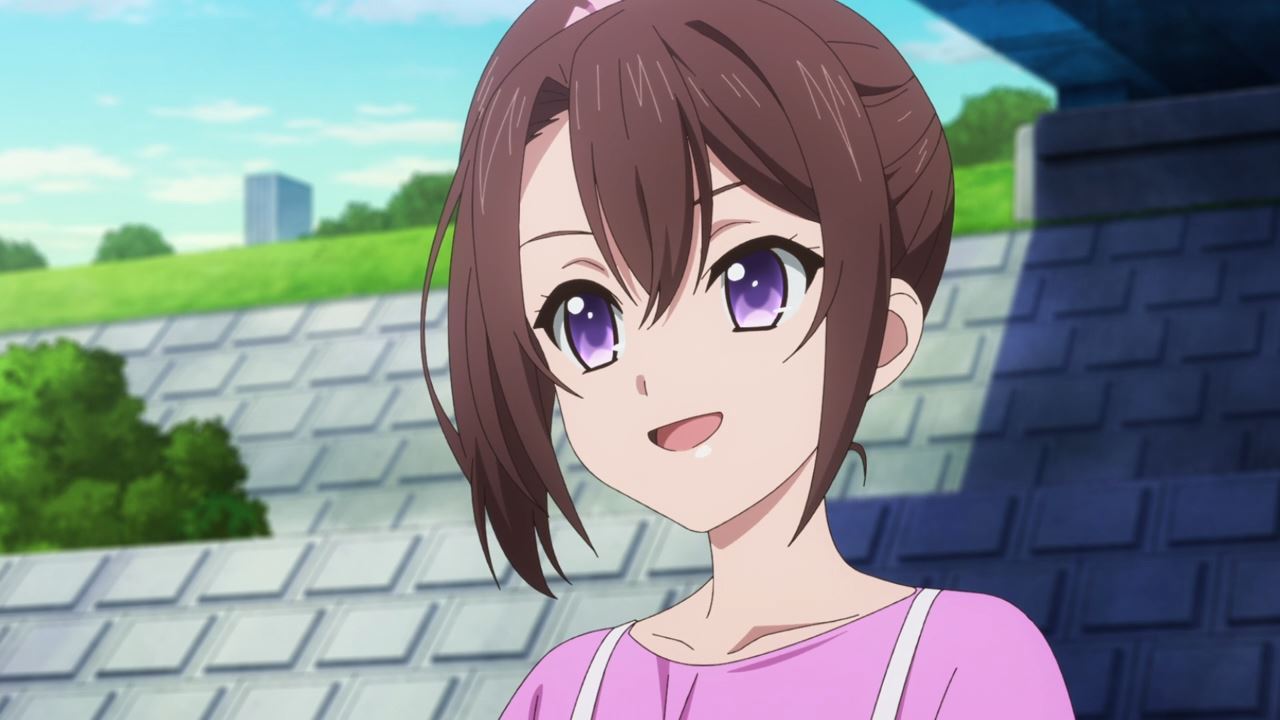 Of course, while Saki is happy to see Hiyori perform under the bridge, things will be different as everyone participated in the Extreme Hearts tournament will see her sing her first song “Sunrise”. Anyways, I’ll see them again someday!