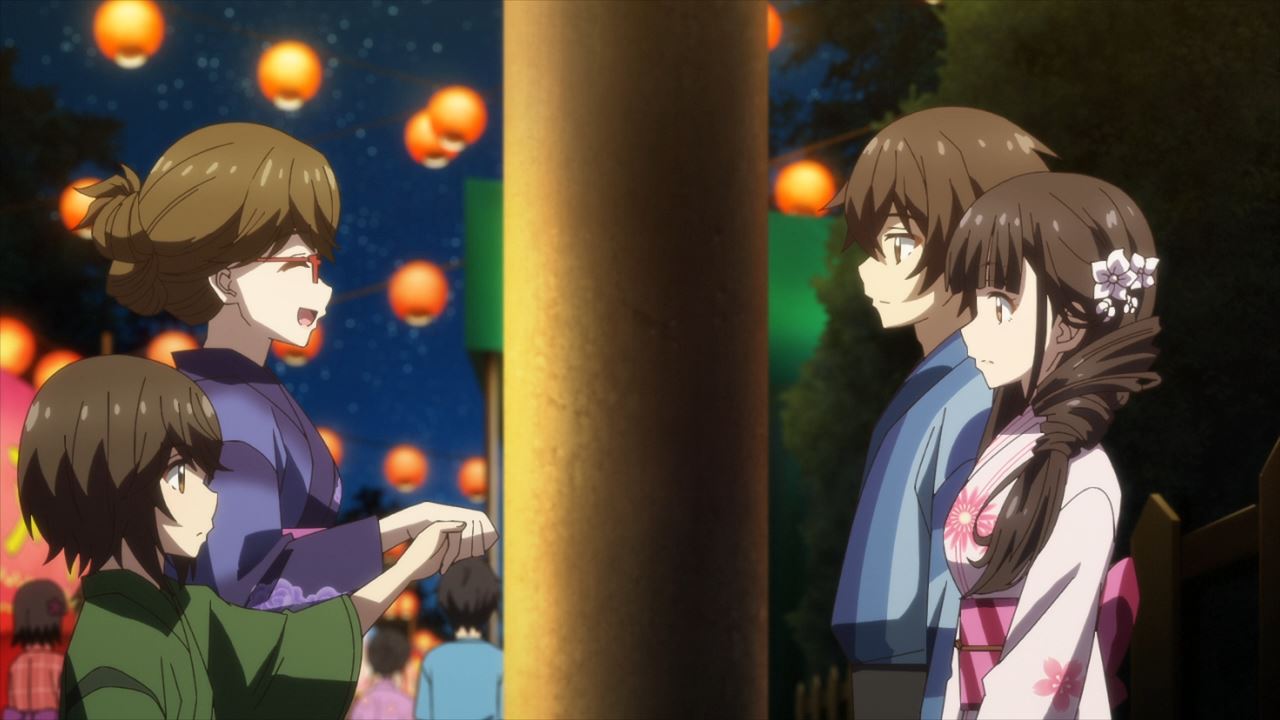 Well everyone, it’s the final episode where Mizuto and Yume Irido went to local festival alongside Madoka and Chikuma Tanesato. C’mon, there’s no time for the step-siblings to bicker as they’ve begun their reconciliation. 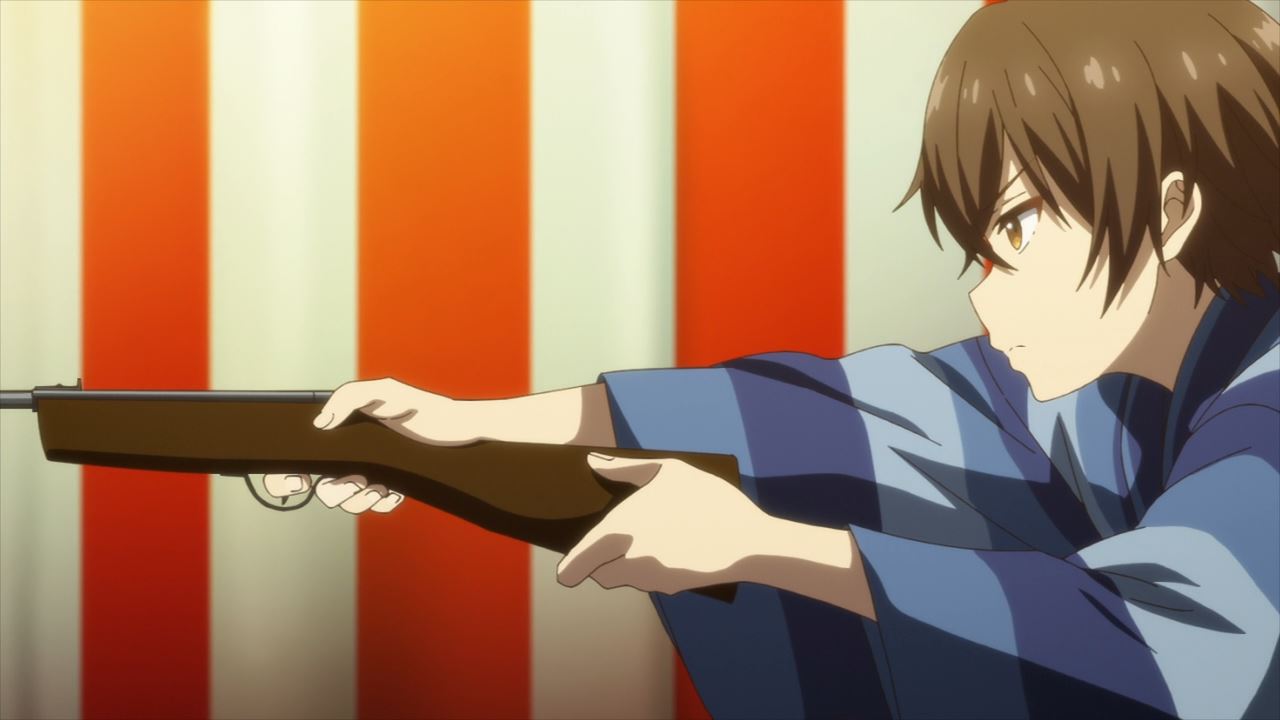 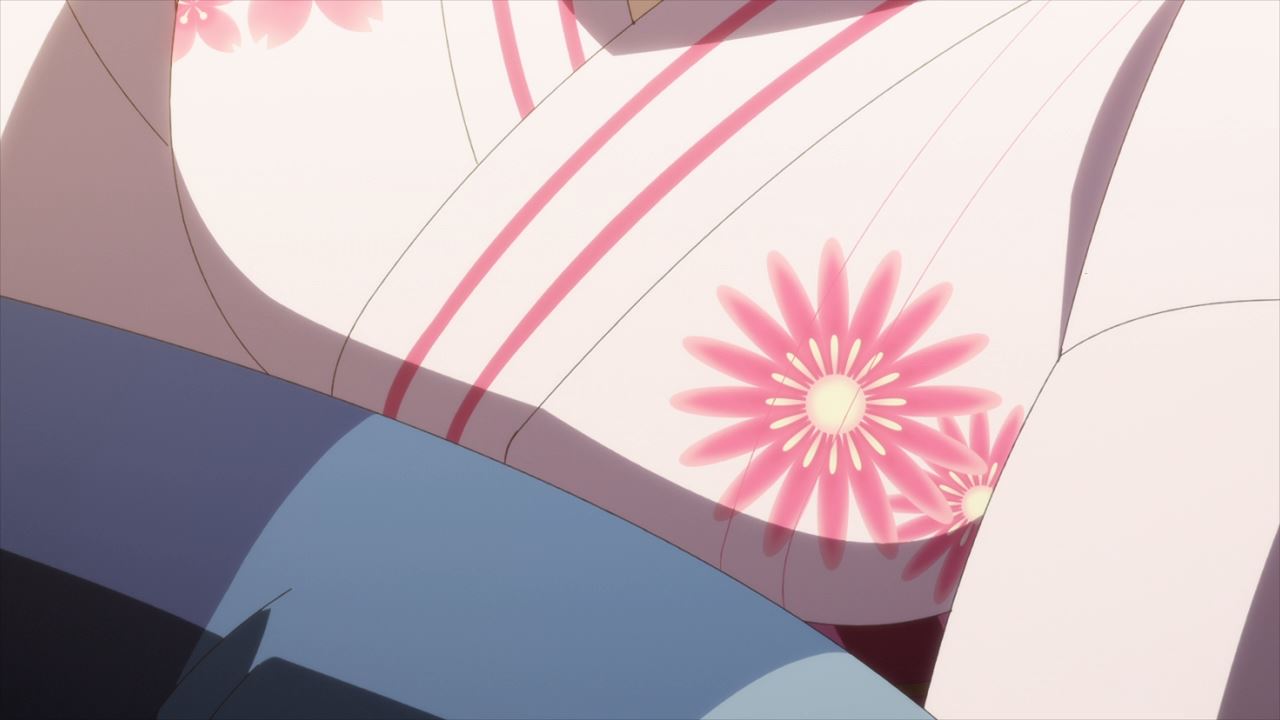 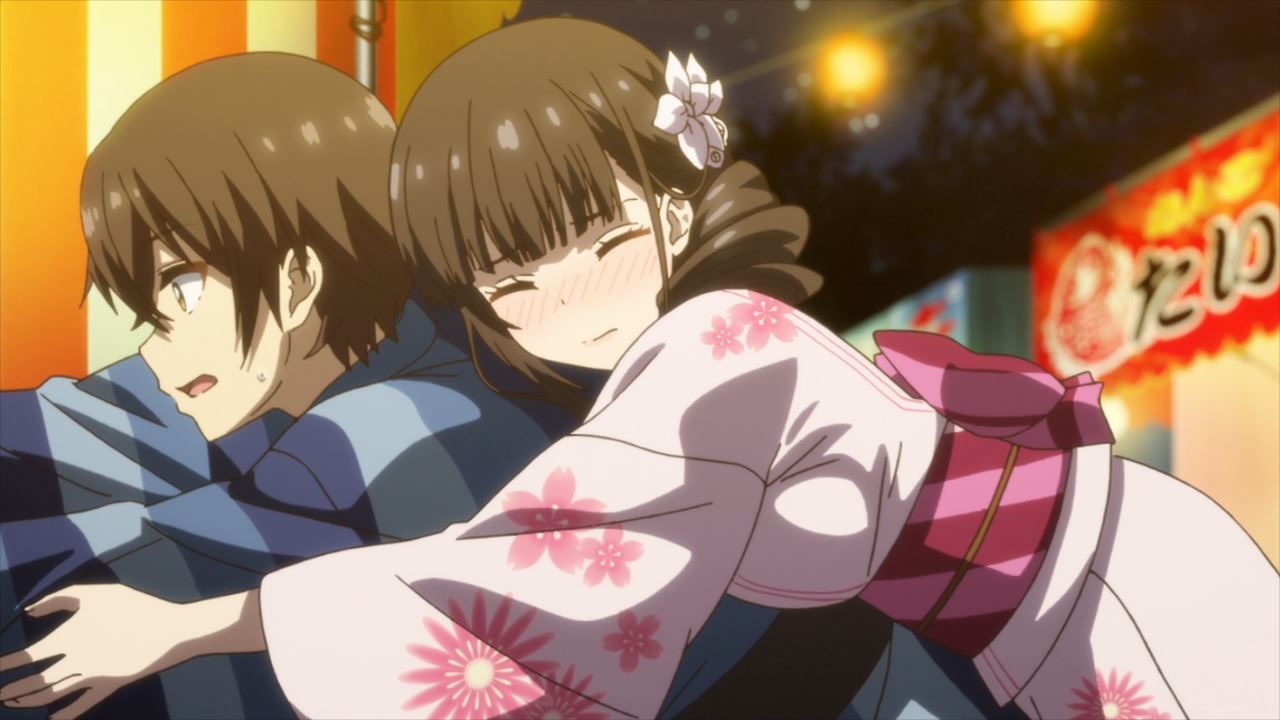 On the other hand, there’s Yume where she tries to give her stepbrother a helping hand. Oh wait, I think it’s bad ’cause Yume’s breasts is distracting him! 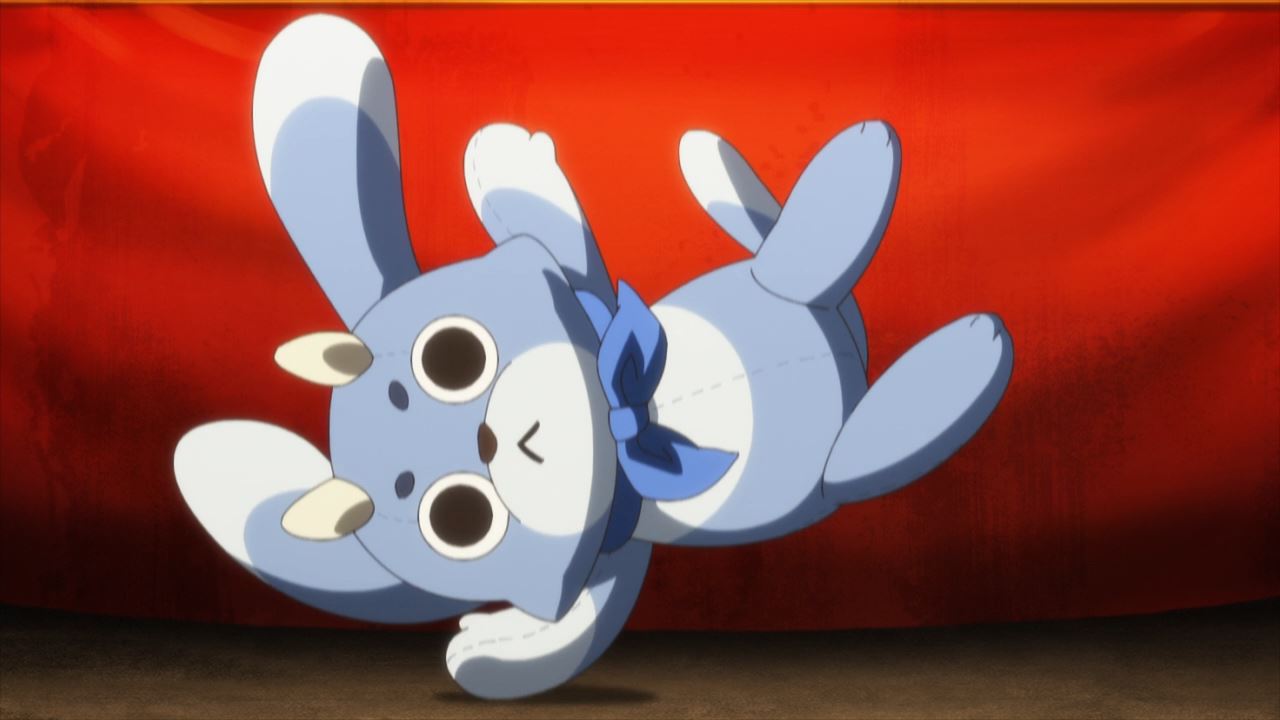 Except that Yume’s tits didn’t distract Mizuto from getting his target, a plush toy based on a popular video game. Man, I thought he’s aiming for the grand prize which a brand-new video game? 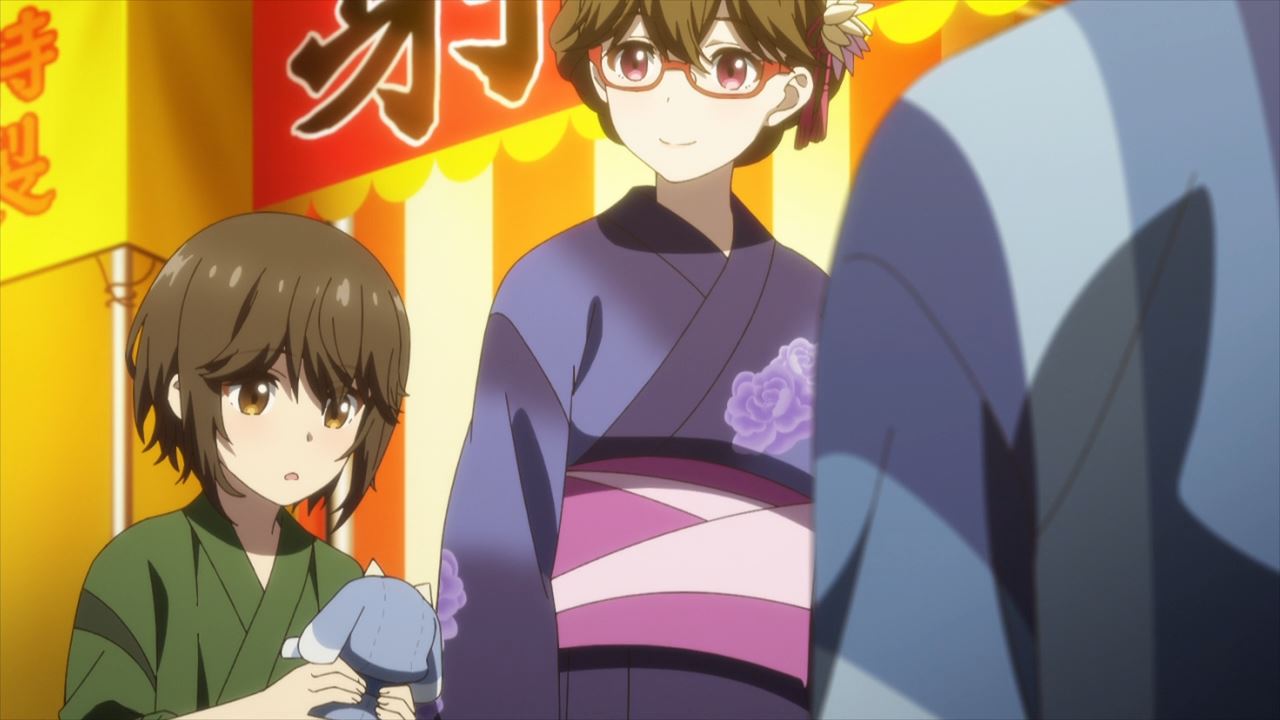 However, looks like Chikuma is satisfied in having this stuffed toy. I have a feeling that Chikuma already bought the game so he doesn’t need another copy. 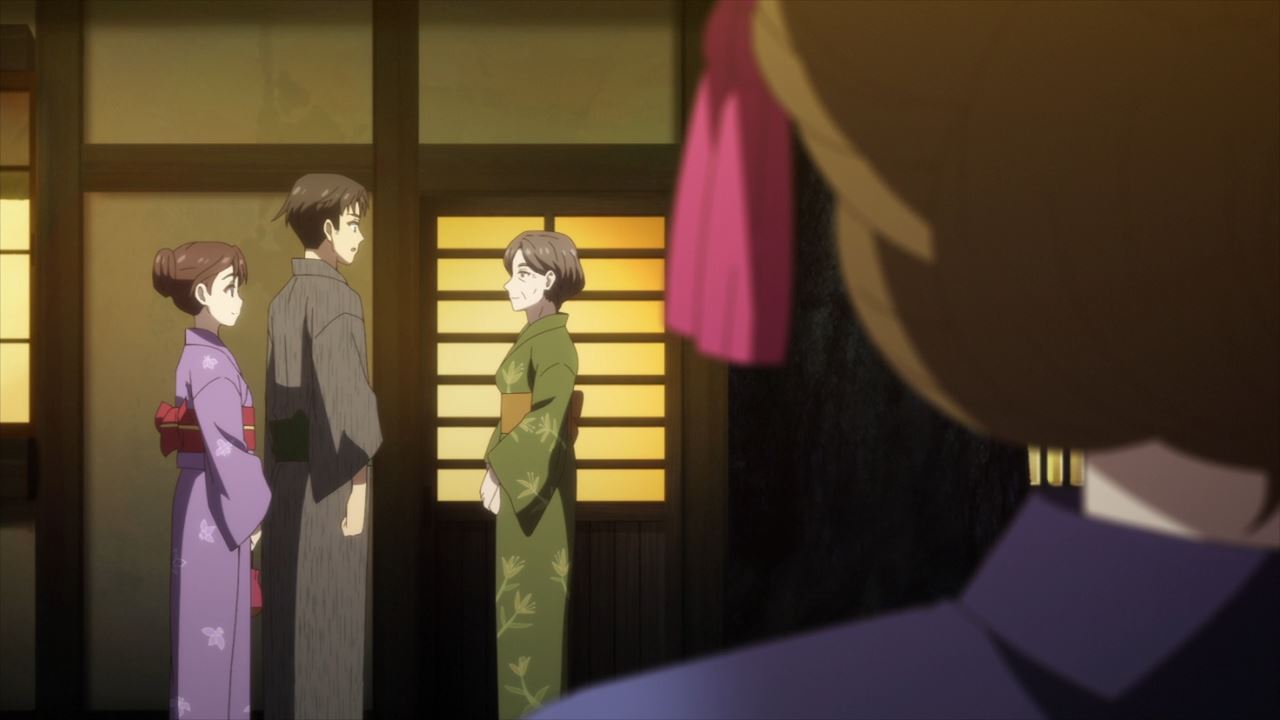 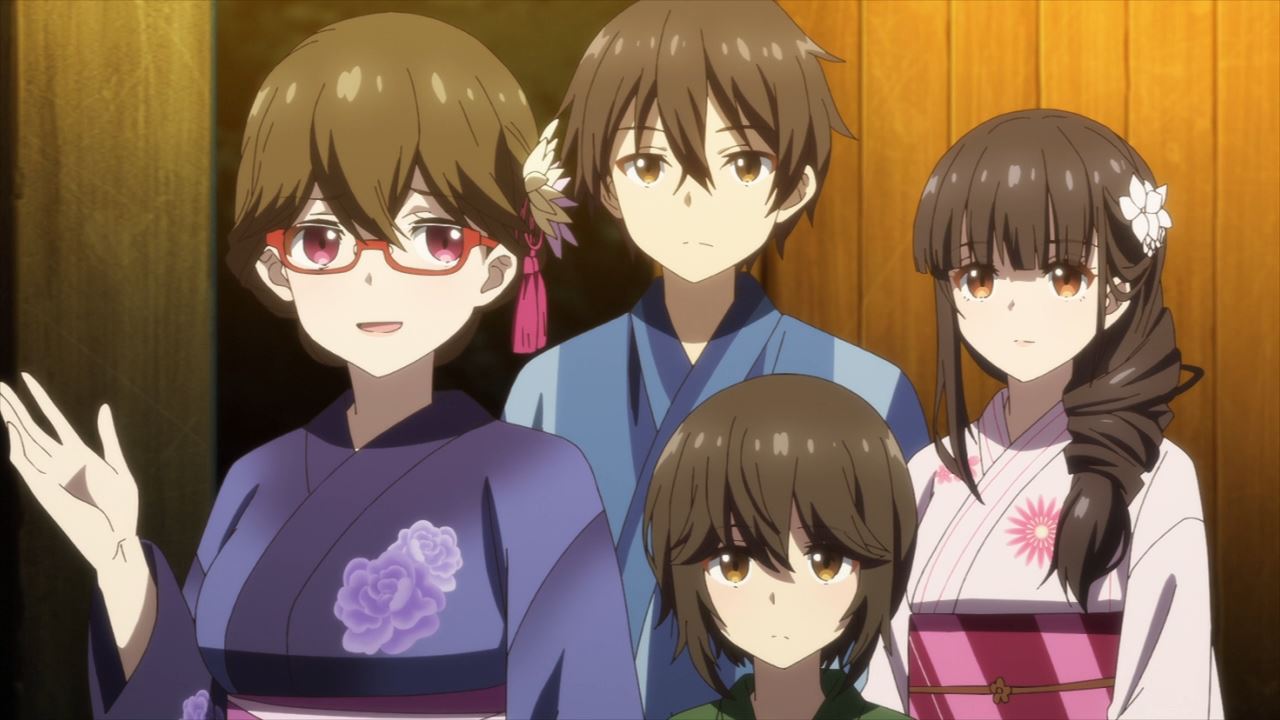 Meanwhile, Mizuto and Yume’s parents are having a conversation with Kedouin-san and get a load of this one as the Irido family is the talk of the town back then.

In any case, everything seems normal in this festival, although Mizuto Irido doesn’t want to talk to his relatives that much… 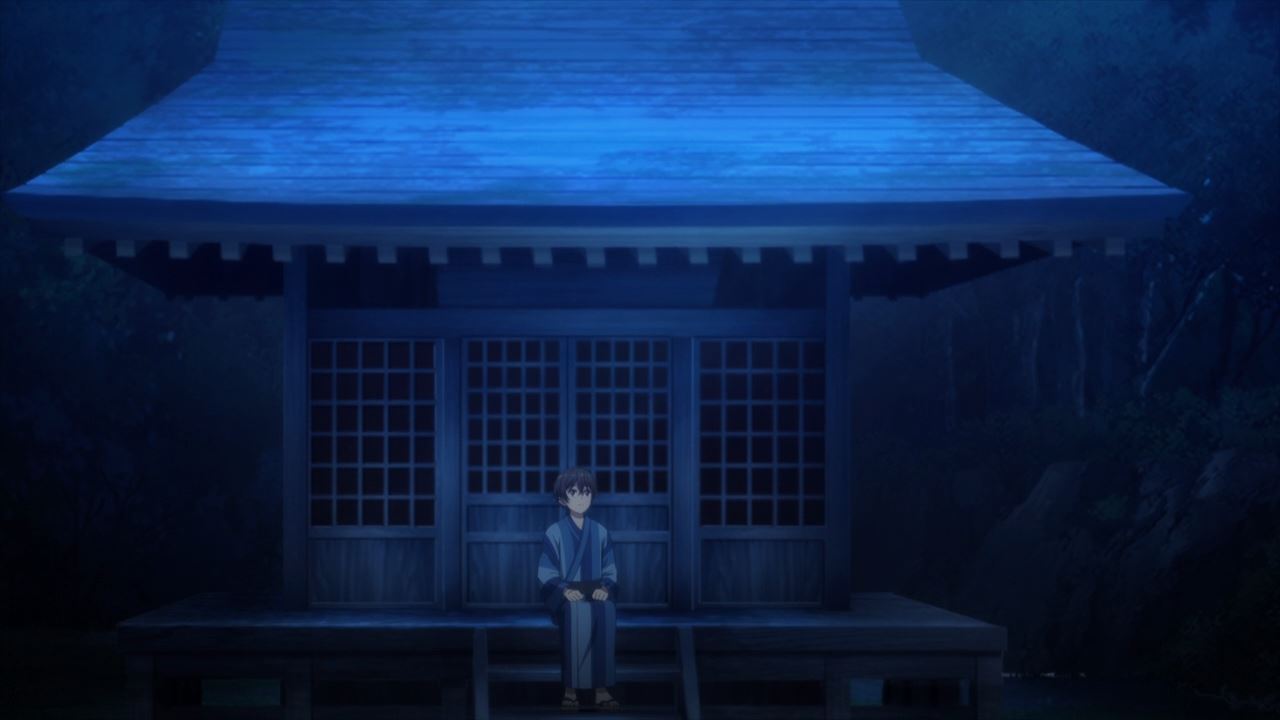 That’s because he prefer to stay at a remote place by himself as Mizuto wants to be engrossed in a fictional world rather than dealing with real life.

While Yume managed to fill a hole in his heart, it sucks that Mizuto let her go just because they disagree with various things on top of ghosting each other. Also, he’ll miss the fireworks display if Mizuto continues to let his mind wander through the night. 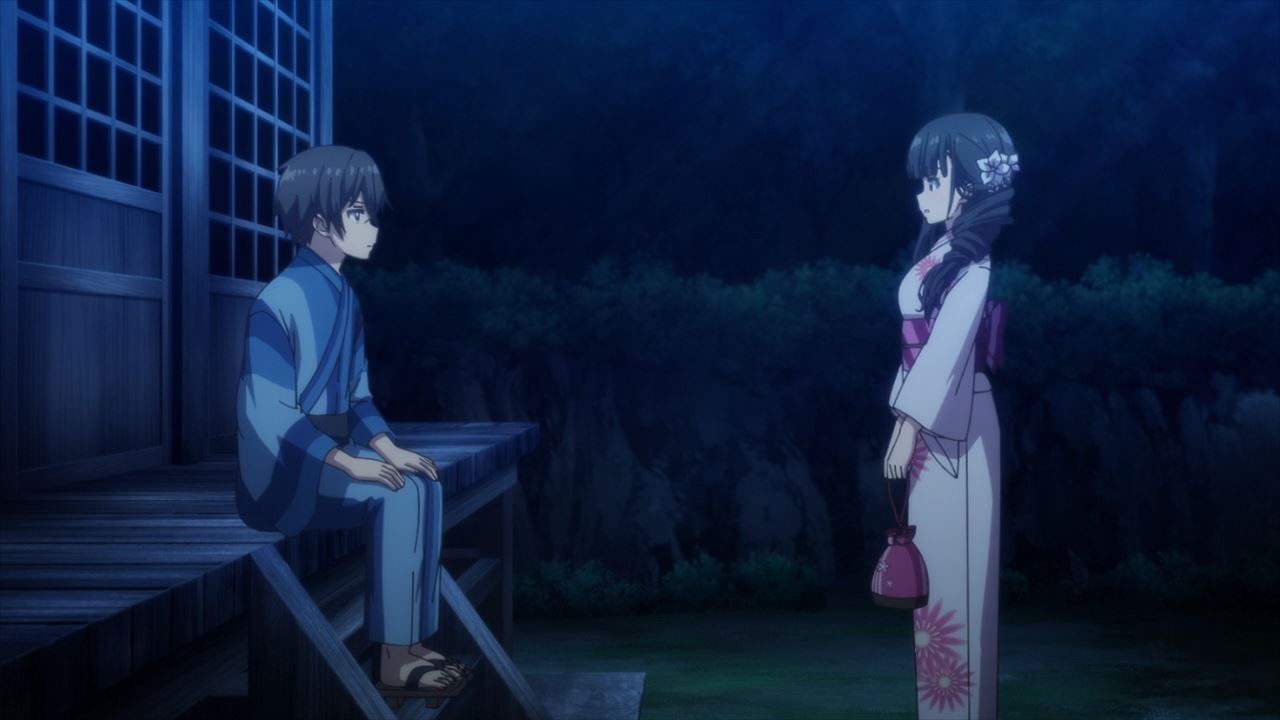 That’s until Yume managed to find her aloof step-brother, a reversal from their middle school days where Mizuto is the lost child even though he knows the ins and outs of his hometown.

Anyways, I’m really glad that their reconciliation is going slowly where both of them realized their past mistakes and tries to make up for lost time. I thought that they’ll remain as sworn enemies in the end ’cause that would disappoint me, but not in the case here. 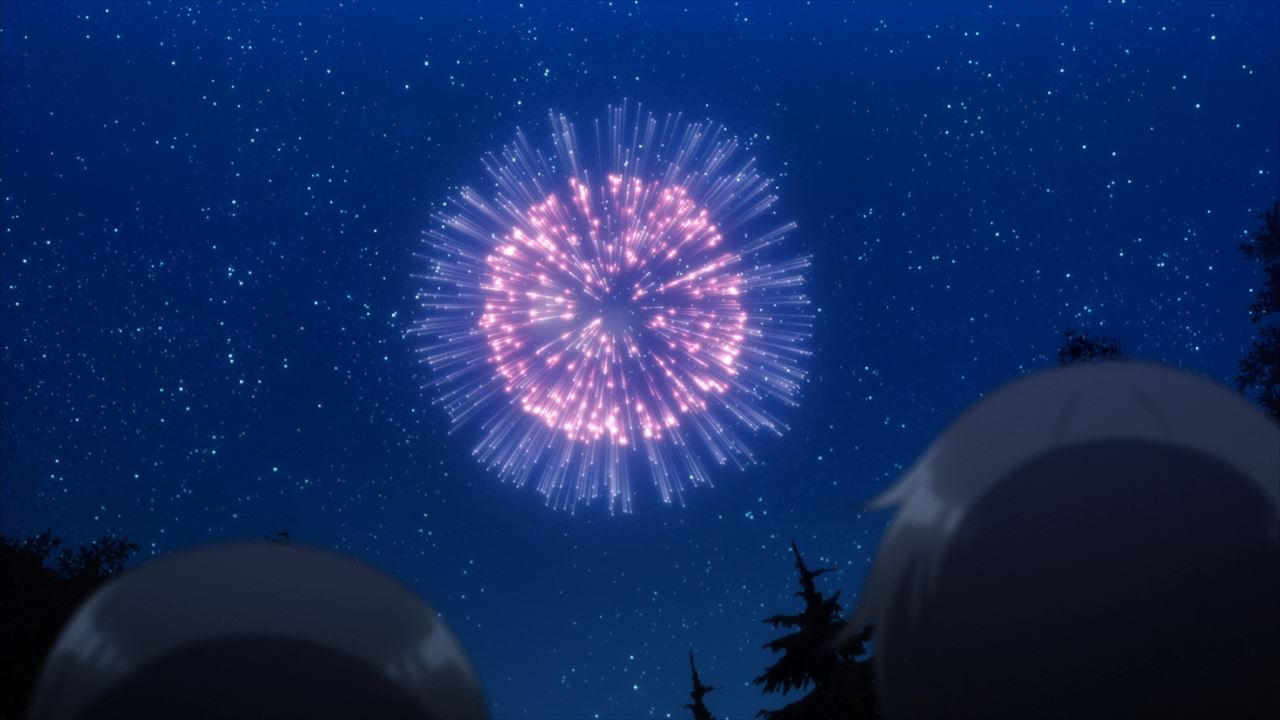 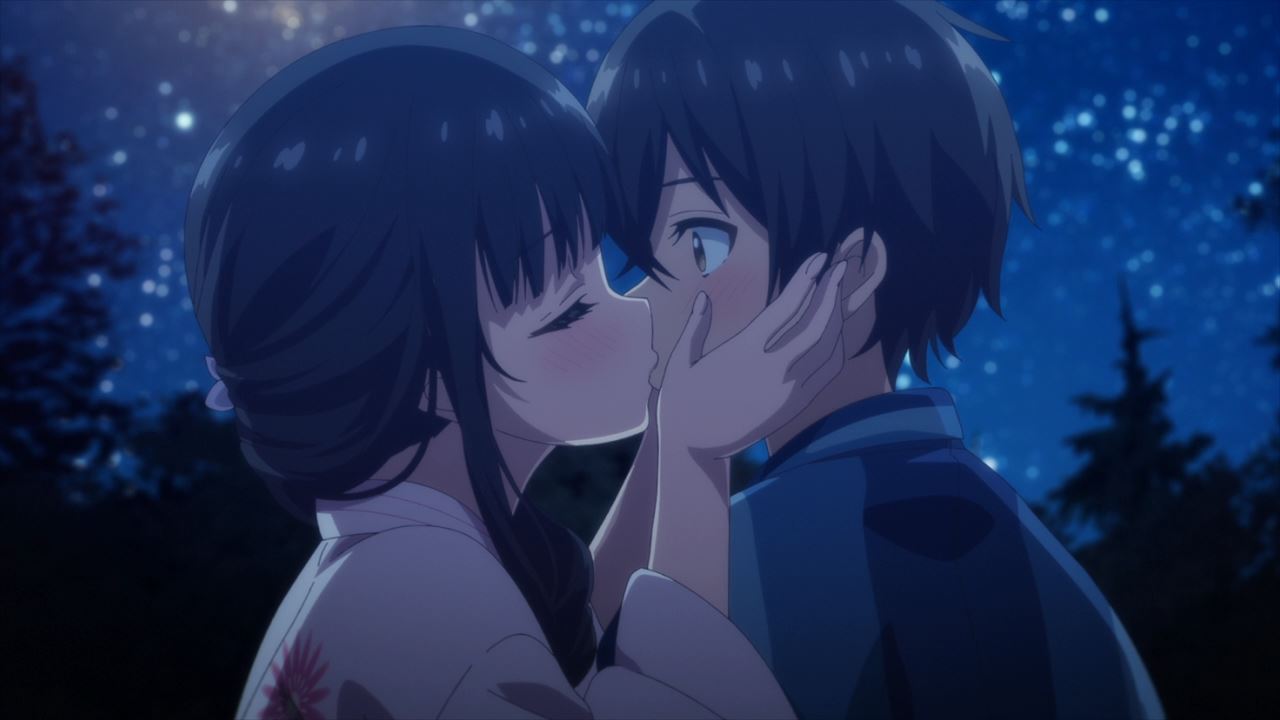 Now then, it’s time for the fireworks display and one more thing, a kiss from Yume towards Mizuto. Sure they can no longer become lovers since they’re officially as step-siblings (unless they took the Domestic Girlfriend route), but it’s better than bickering endlessly.

I have to say that the anime adaptation of Tsurekano got a decent ending, but I feel that continuing the story might turn their current relationship worse. So yeah, I think we’ll end this show right here! 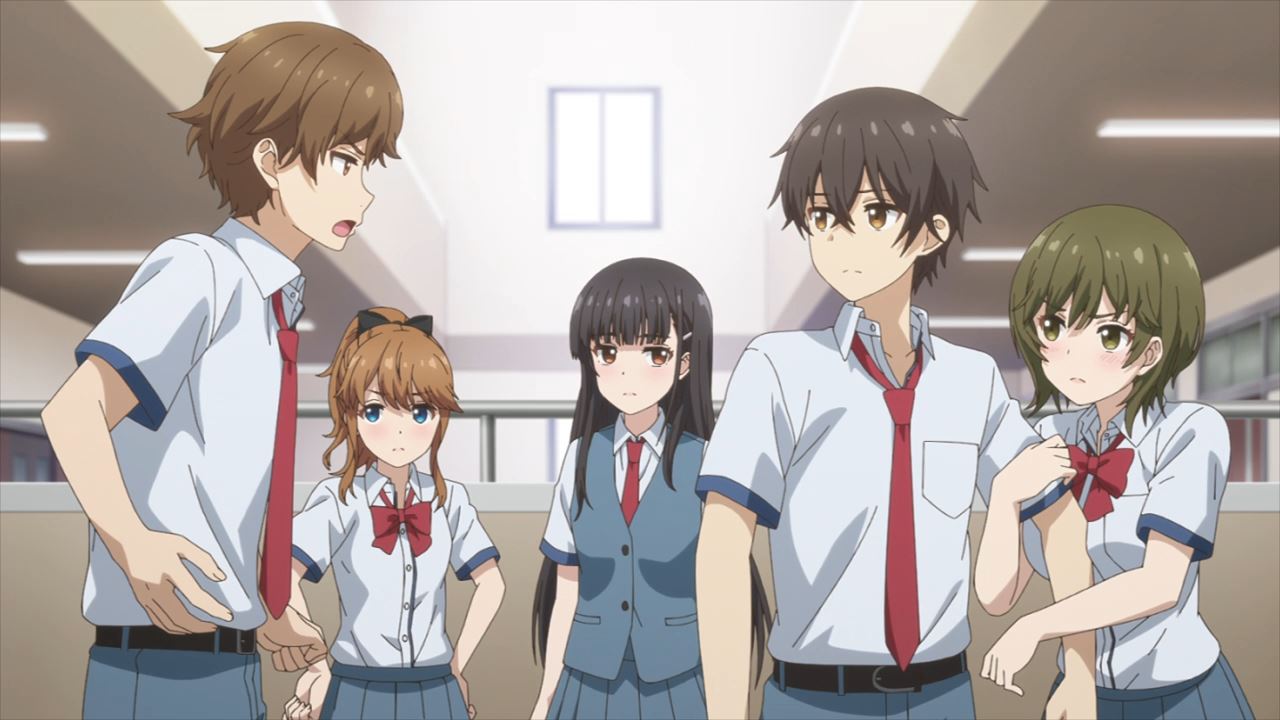 Of course, they’ll return to their mundane school life where Yume becomes the model student while Mizuto continues his quiet and aloof life. Also, Kogure Kawanami got really jealous that Isana Higashira is hugging his arm. Don’t worry Kogure-kun, they’re not dating!

Anyways, that’s about it for Tsurekano. Thank you for tuning into this rom-com anime that almost derailed itself had they continue to fight till the end.