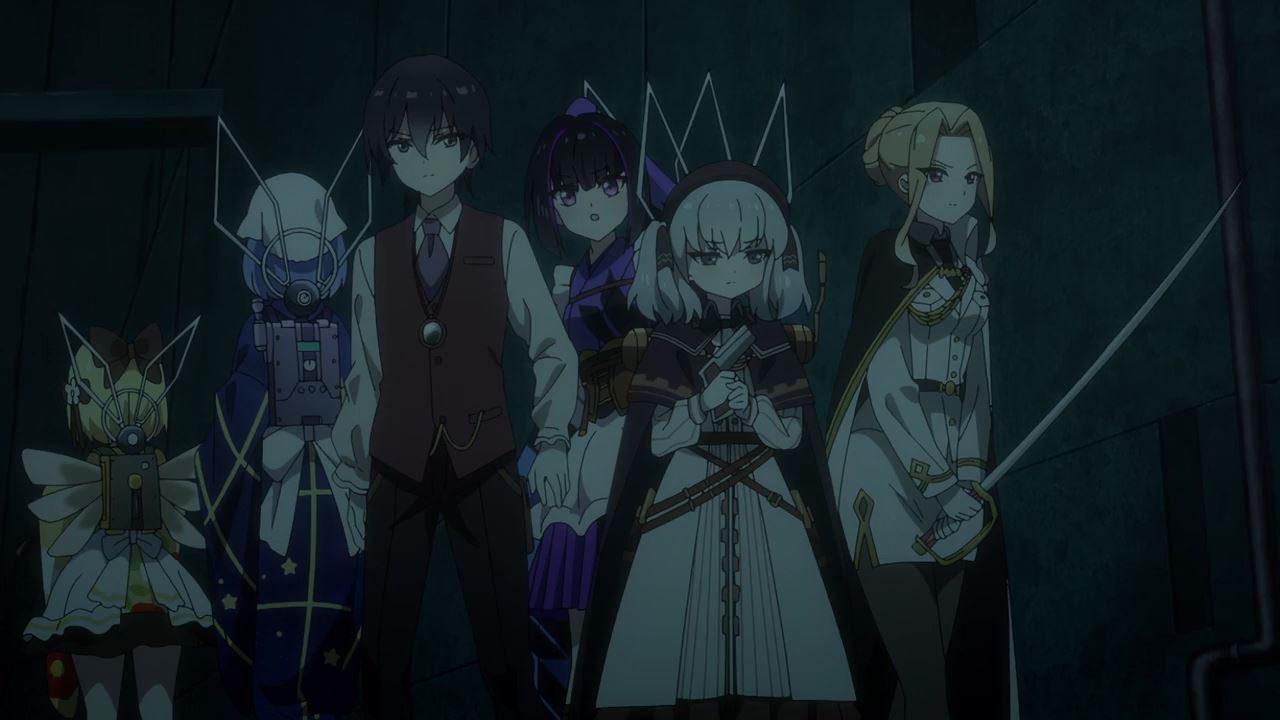 This is it, the final episode of Prima Doll as the entire country is being overrun by machines. For Nagi Touma and the rest, they’re in grave danger! 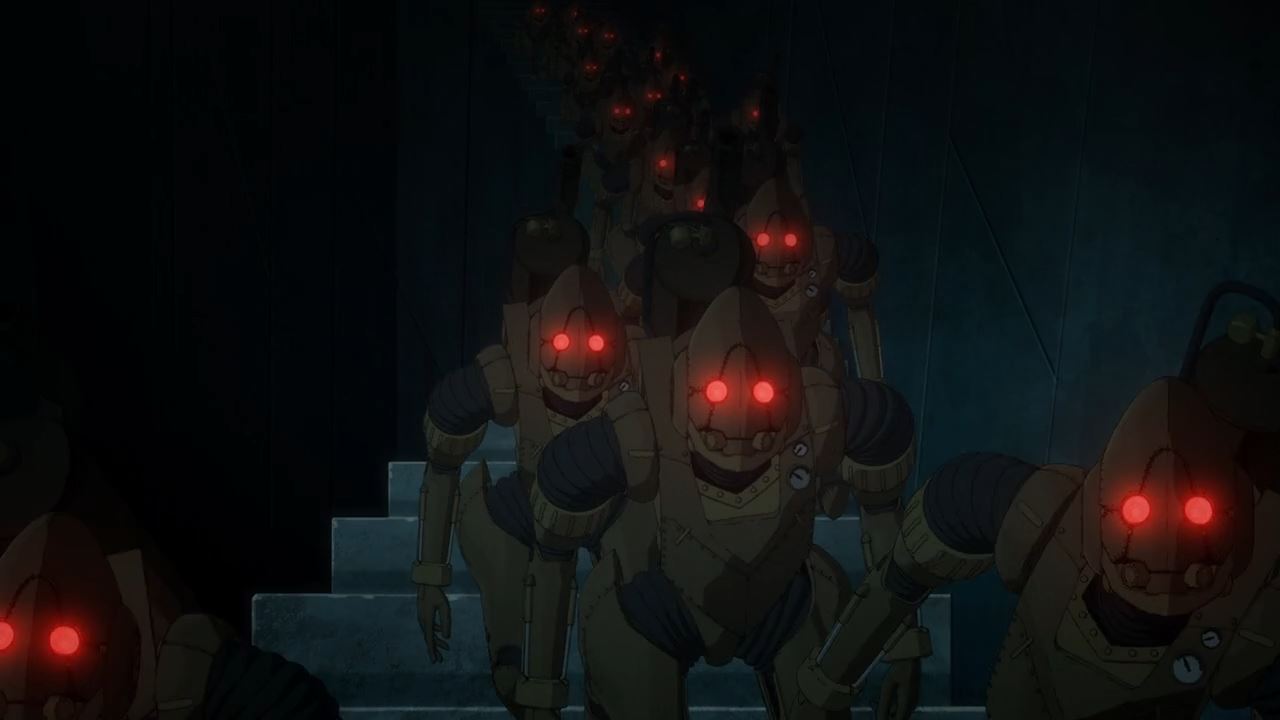 But, Haikagura or Kikka lost control over the machines as the mechanica simply wanders aimlessly. Of course, they’re still pose a threat as these robots can kill people and destroy buildings. 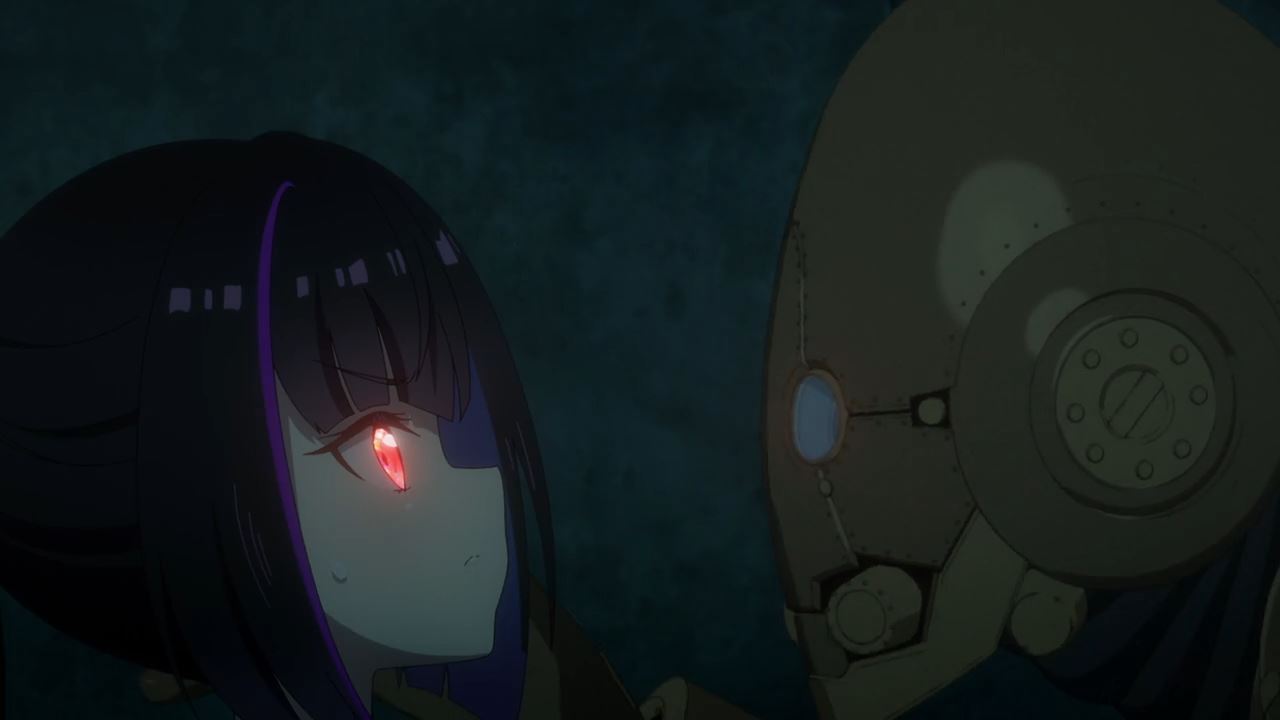 So, the only way to stop the mechanica is to take control of them as Karasuba demonstrates.

While she and the rest of the Kuroneko-tei staff managed to stop a few rampaging robots, there are still many of them wrecking havoc across the city. Also, they need to rescue Haizakura as soon as possible. 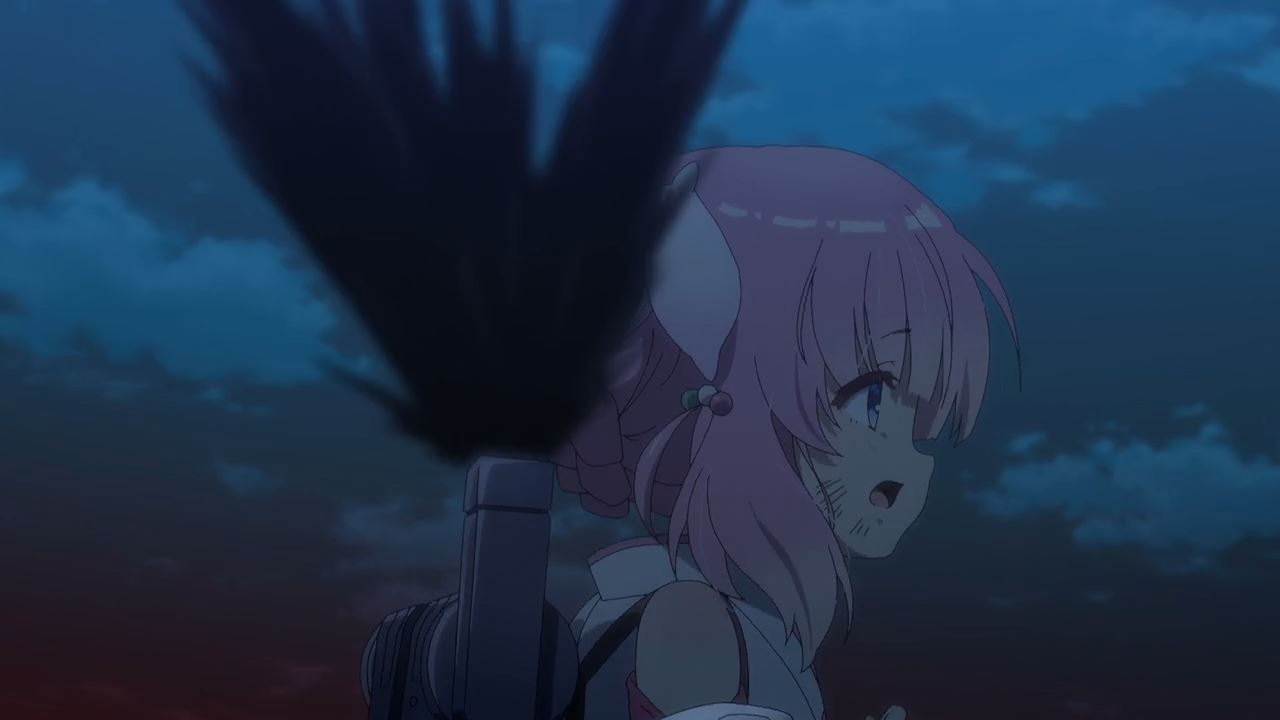 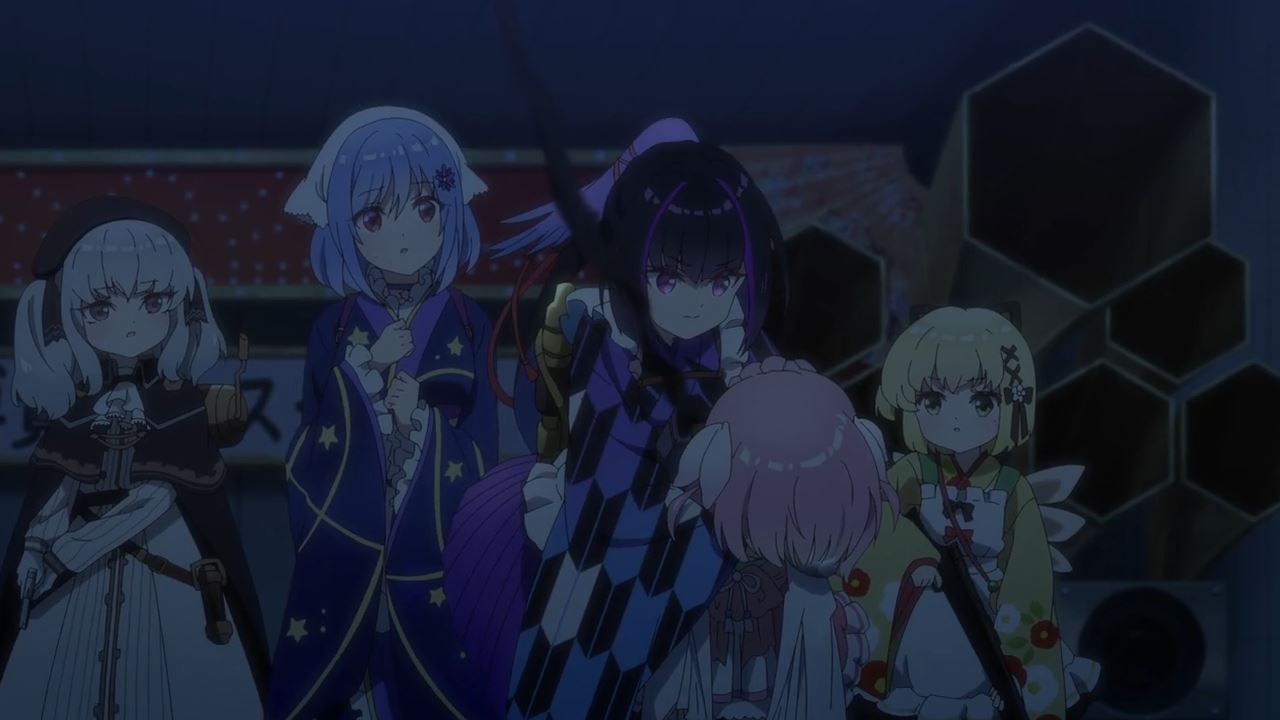 Fortunately, the Kuroneko-tei automata crew have arrived just in time to save Haizakura from beating herself to death. 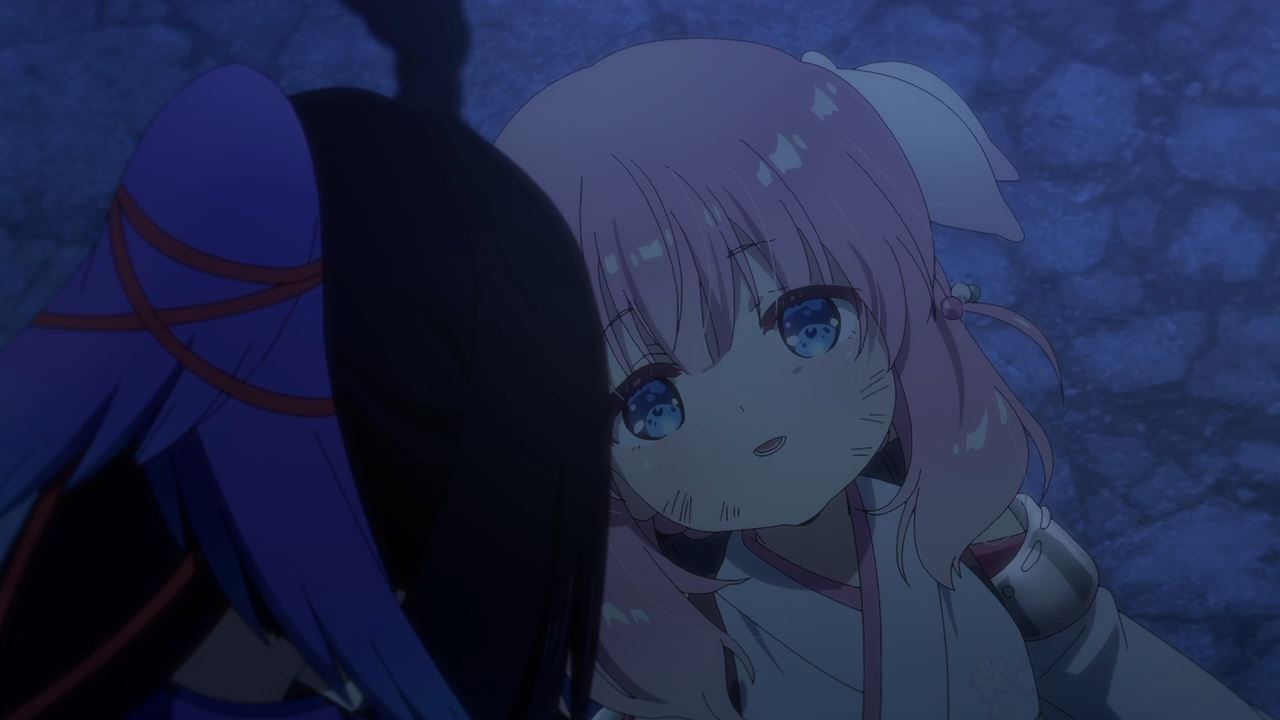 While Haizakura is grateful that her friends have arrived, they need to do something towards those rampaging bots as they don’t want their beloved city from being destroyed completely. 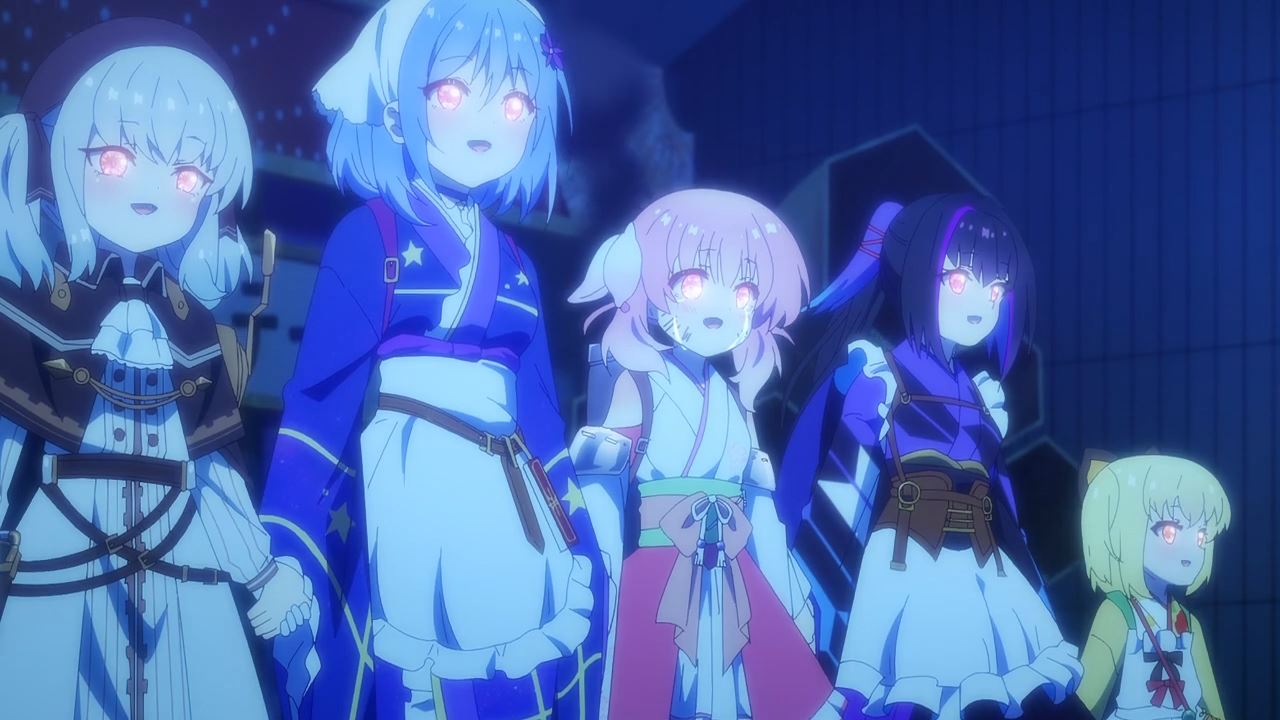 So, they decided to put up a show as they sing to calm every machine across the city. Let’s hope that this plan would work as Haizakura and the rest don’t want to repeat the same tragedy. 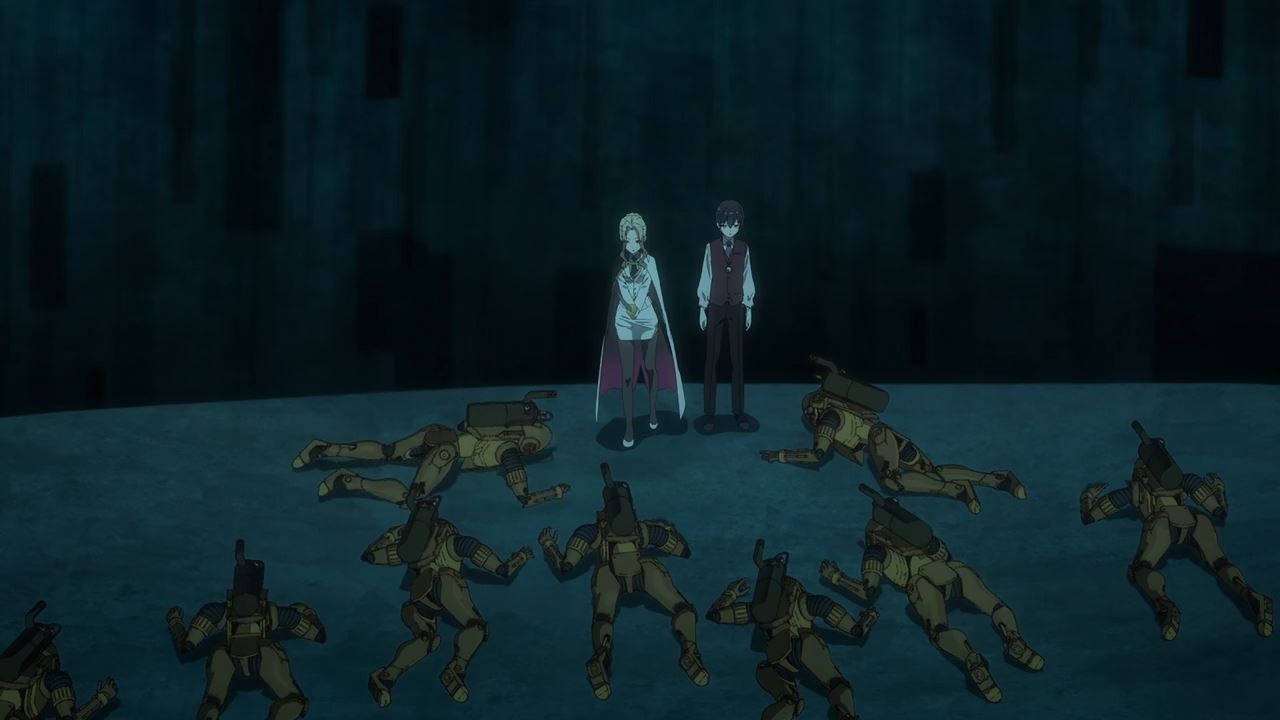 Luckily, it worked as all of the rogue machines are deactivated, meaning that the city is finally under control. Of course, there’s a price to be paid in stopping the apocalypse. 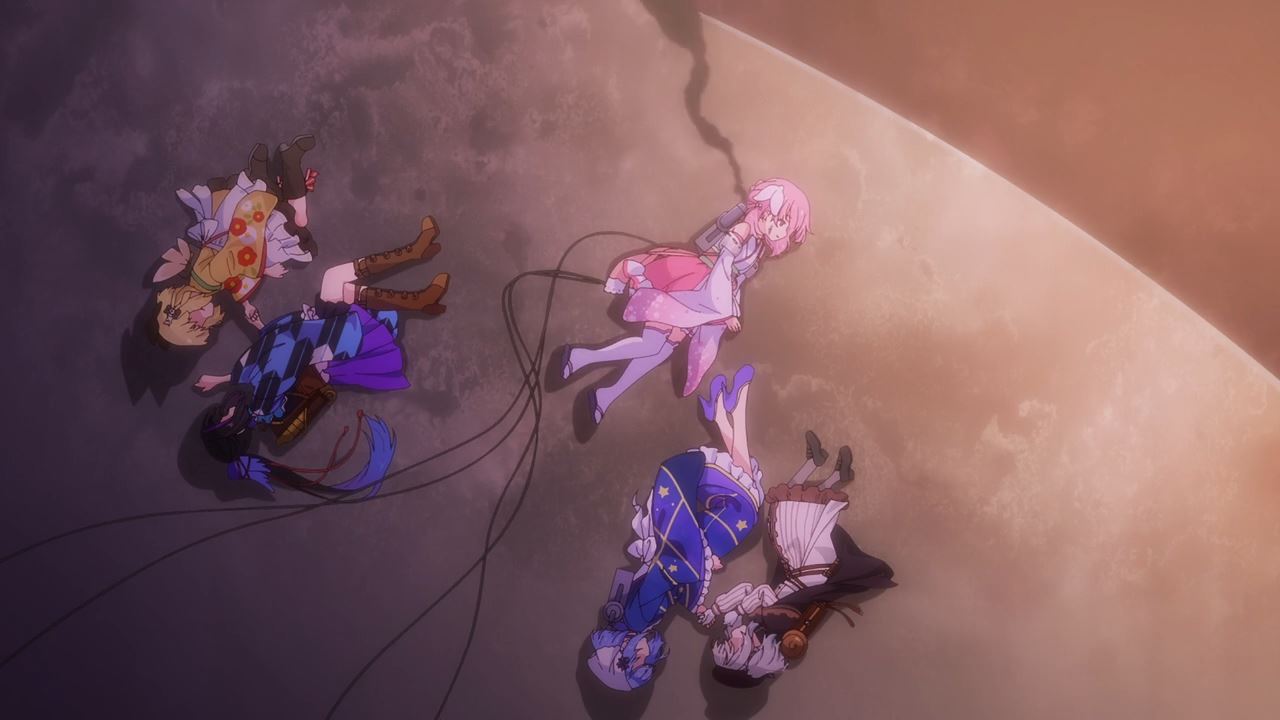 And that’s Haizakura where she’s glad to be a reliable automata who can help everyone through thick and thin. It’s sad that her body is at her limit as she’ll succumb to an eternal slumber. 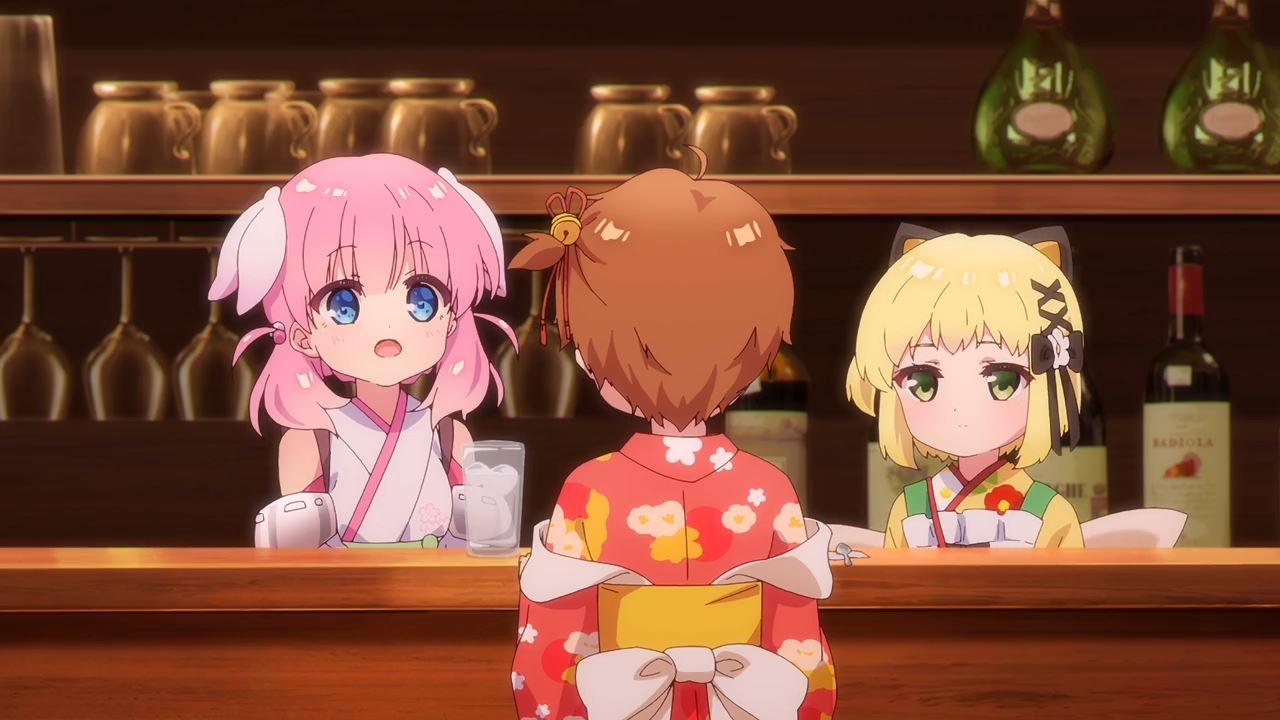 Well, the truth is that Haizakura woke up from her slumber and while she’s fine on the surface, it appears that she couldn’t remember anything. Oh no, don’t tell me that she suffered the same fate as Yugiri? 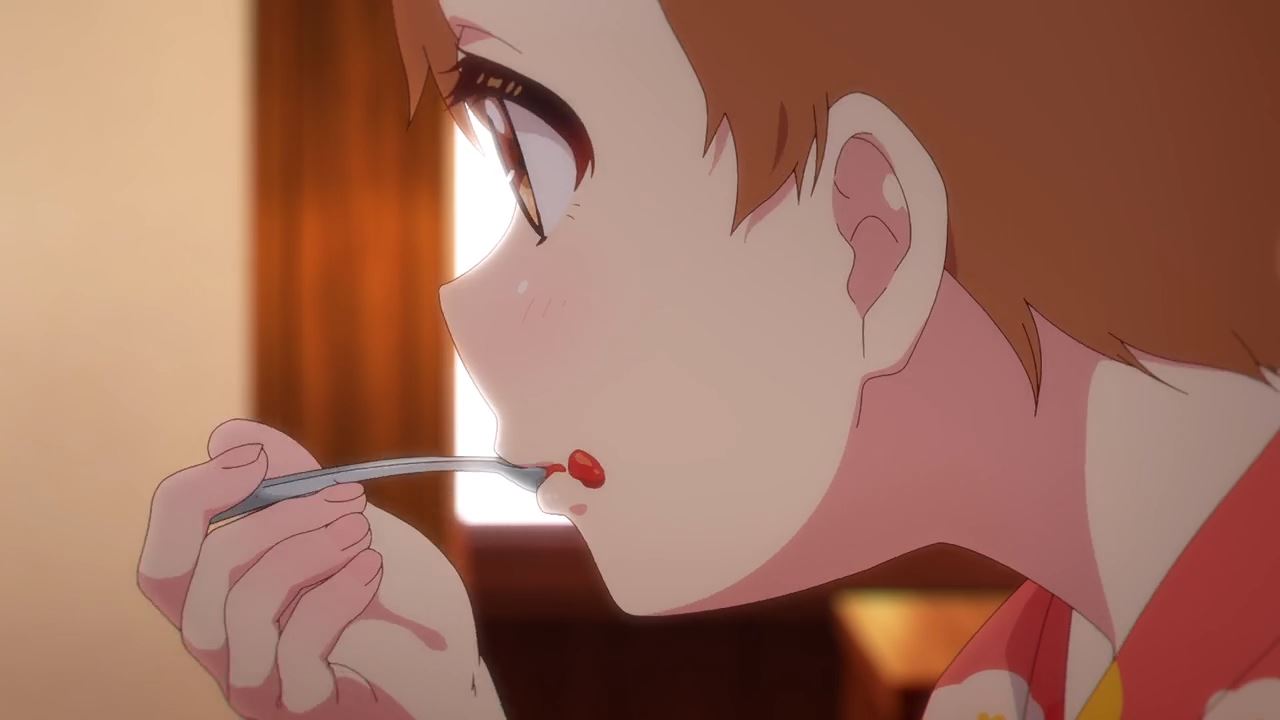 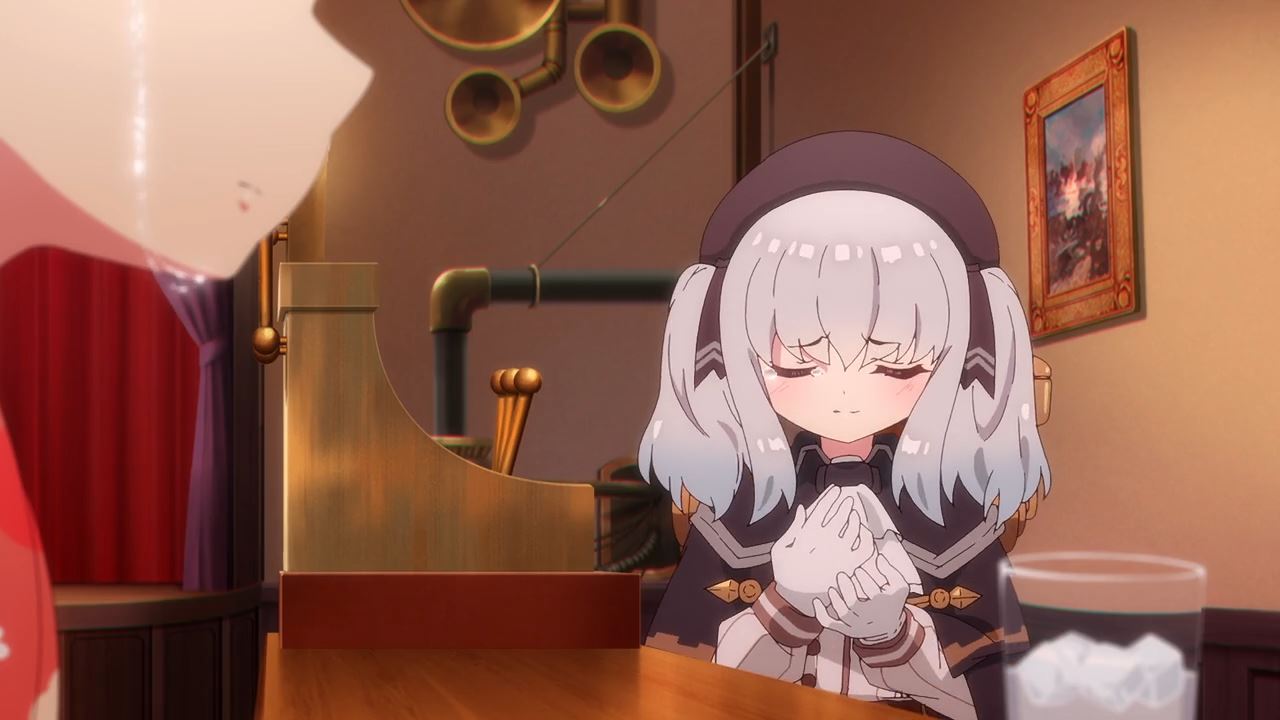 Still, Kuroneko-tei is feeling somber today as the likes of Chiyo and Retzel couldn’t believe that Haizakura forgot everything. Of course, will Haizakura recover her memories? 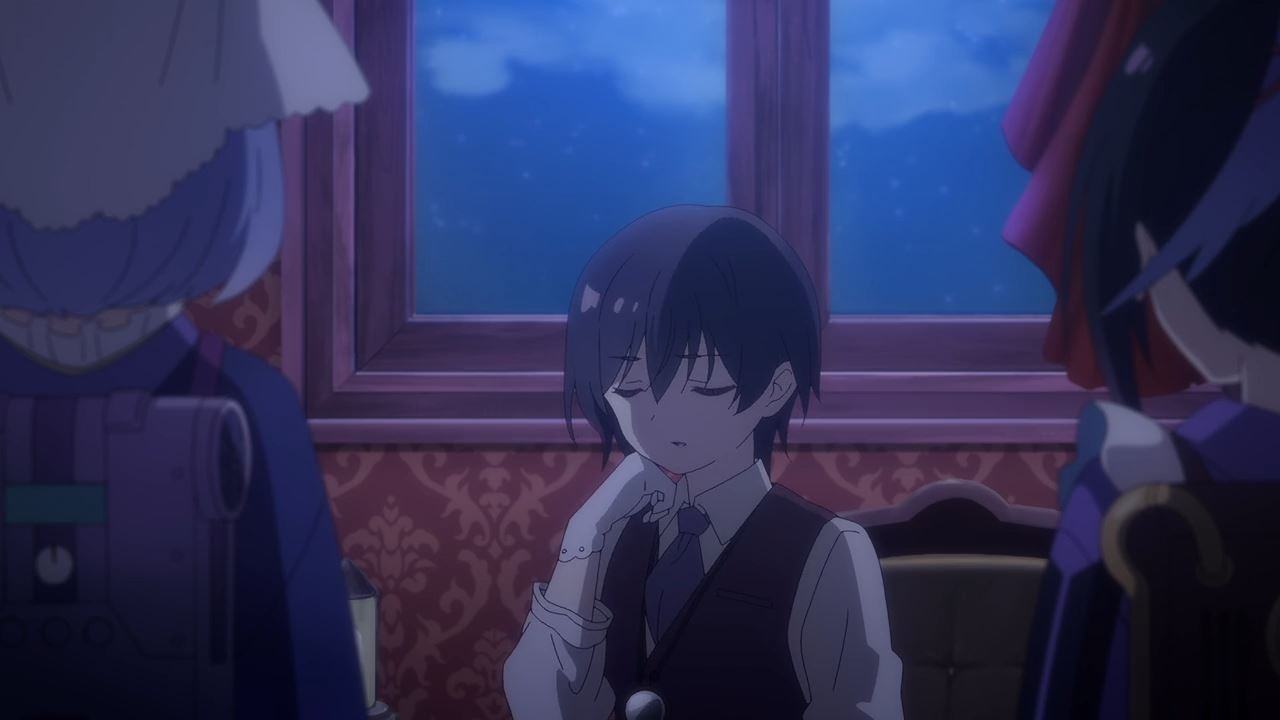 Unfortunately, it’s not possible as Nagi Touma told everyone that Haizakura’s logic system is broken, meaning that he can’t repair it at this point.

Of course, there’s one last option which is resetting her logic system, but its success rate will be 50/50 so there’s a chance that Haizakura might not wake up again. Even if she manage to wake up after a factory reset, her memories won’t return. 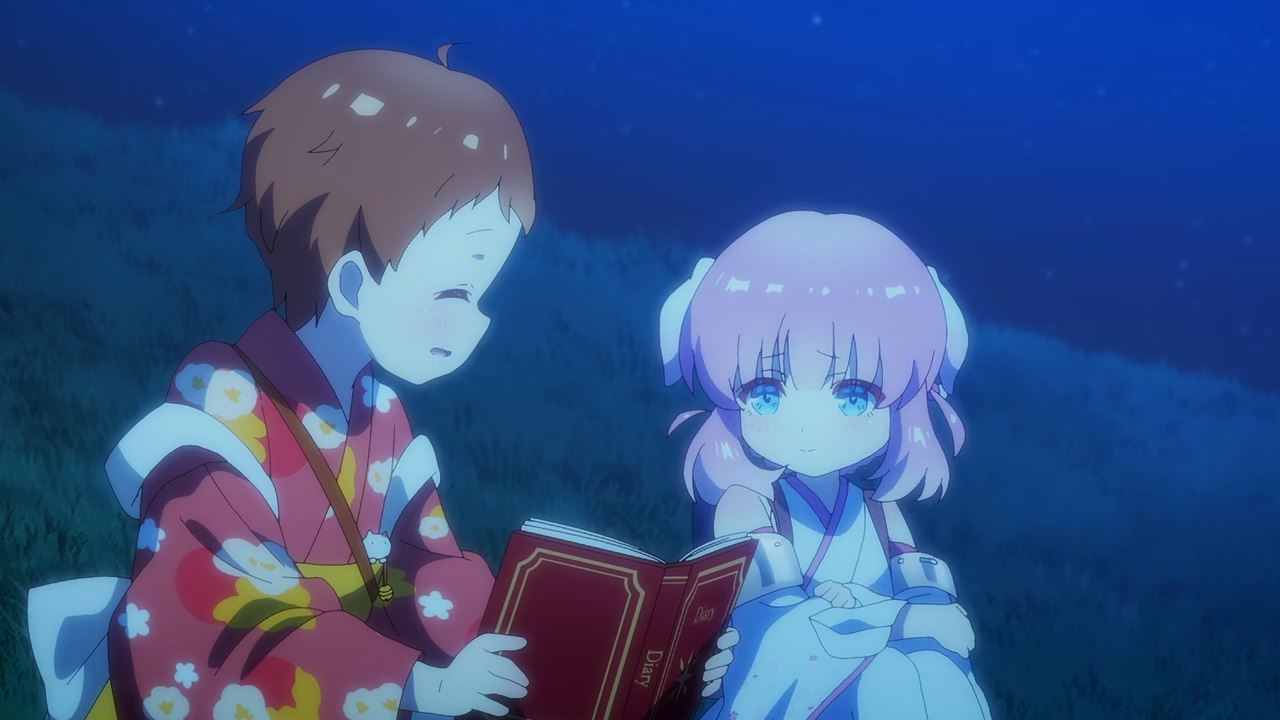 Despite the fact that her memories will be lost forever, those feelings won’t be erased. After all, you have Yugiri where even though she can’t remember anything, those feelings towards Chiyo will remain.

Regardless, it’s sucks that Haizakura will have to undergo a factory reset where she won’t remember anything that happened before, save for her diary where most of her memories were written there although she won’t recall it through words alone. 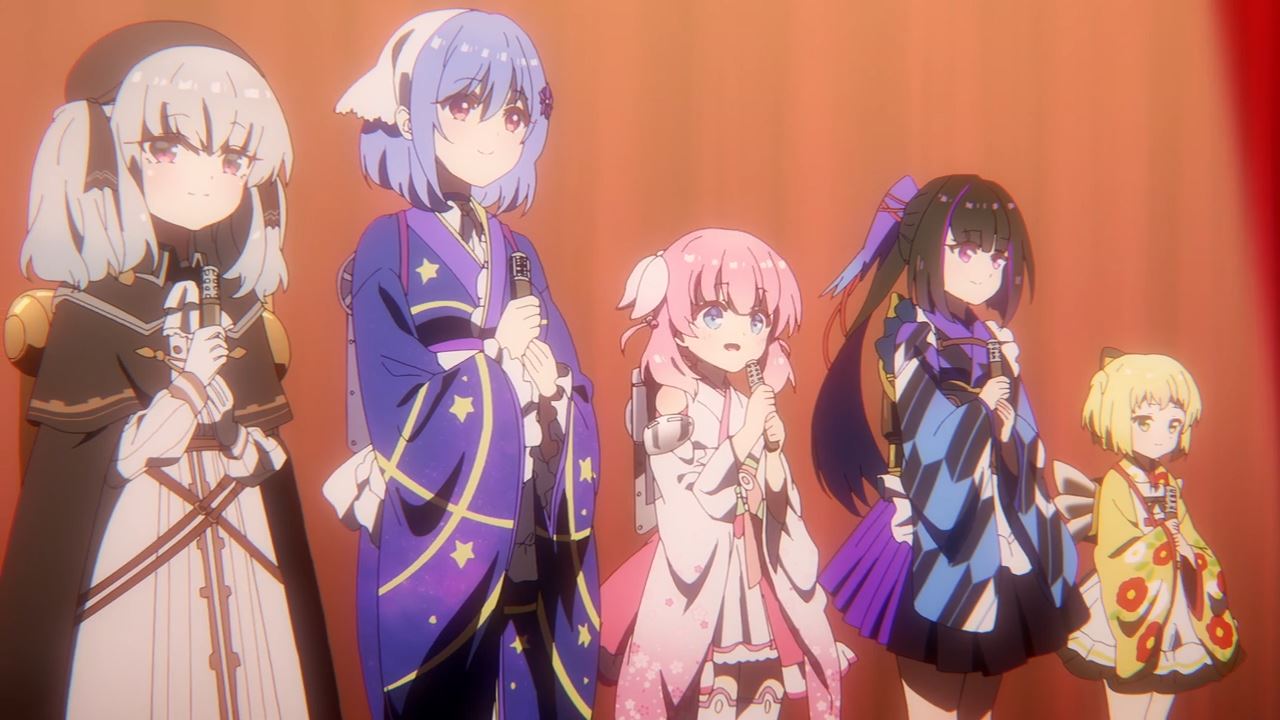 So before Haizakura will undergo a factory reset, looks like she wants to perform along with her fellow automata as the Kuroneko-tei crew will hold their final musical performance.

Everyone is here to see them for one last time as they want to savor this fleeting moment of happiness. 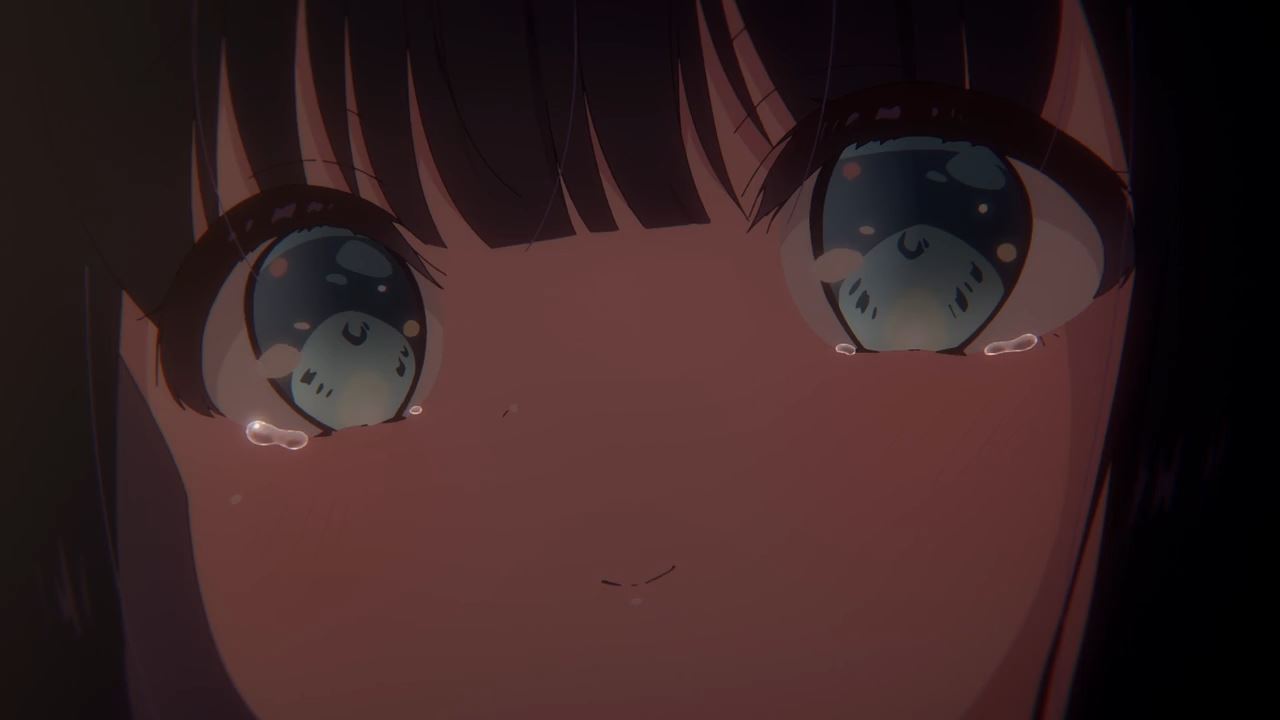 This includes Haikagura or Kikka where she wants to see her sister for one last time as she’ll be shut down for good, never to wake up again. It’s better this way than repeating the tragic past. 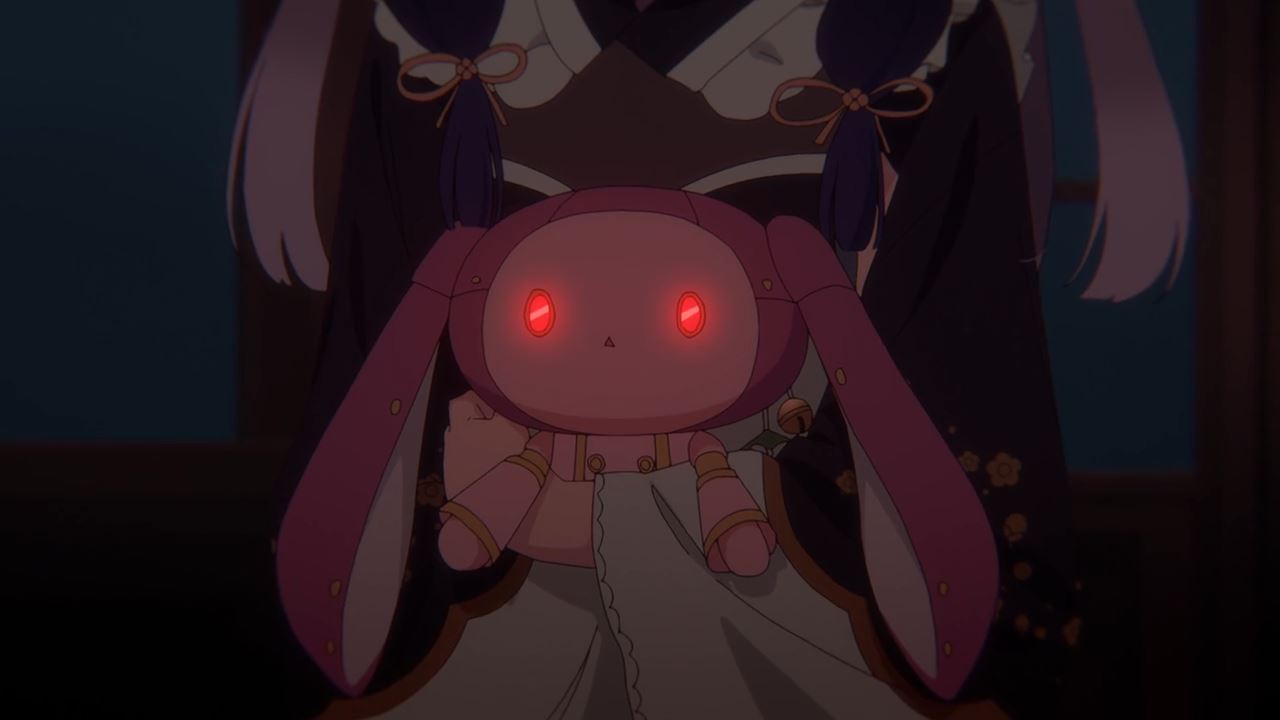 But then again, it looks like Haikagura’s memories will be transferred to Inaba. Will Haizakura get a hold of this Inaba once the factory reset is complete? We’ll never know…

And that’s the end of Prima Doll where it’s somewhat interesting where former war machines like Karasuba and Houkiboshi have a new lease of life as domestic workers. Sure that they have a painful past, but they got better thanks to Nagi Touma where he took a few war machines under his tutelage. Honestly, I’m satisfied that some of the automata show their side of their story during the course of this show.

One last thing, the ending is quite rushed to be honest where I haven’t seen a clear picture to Haizakura’s fate after being subjected to a factory reset. I’m not sure if Haizakura can finally make new memories, or remain broken for eternity, but it’s disappointing that I never get to learn her fate.

In any case, Prima Doll is an interesting anime series where characters tells their painful war stories while living their new lives in a peaceful world, it’s underwhelming as the anime itself couldn’t show its full potential. Honestly, I think Key should stop making original anime series for the time being and focus on making visual or kinetic novels.