Posted on October 5, 2022 by benigmatica 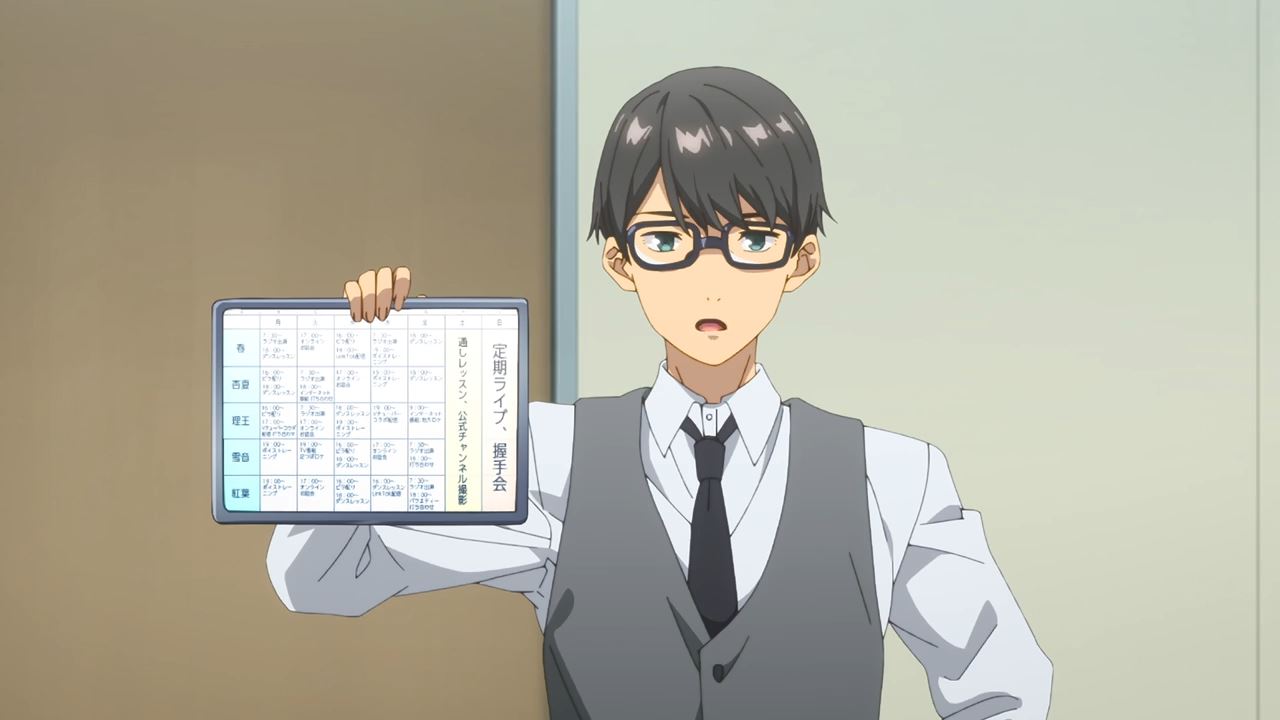 Well everyone, Shine Post has returned as Naoki Hinase showed the entire schedule for TINGS. That’s right, he’s gonna push their exposure across the country so that TINGS will have a full house at the Nakano Sun Plaza! 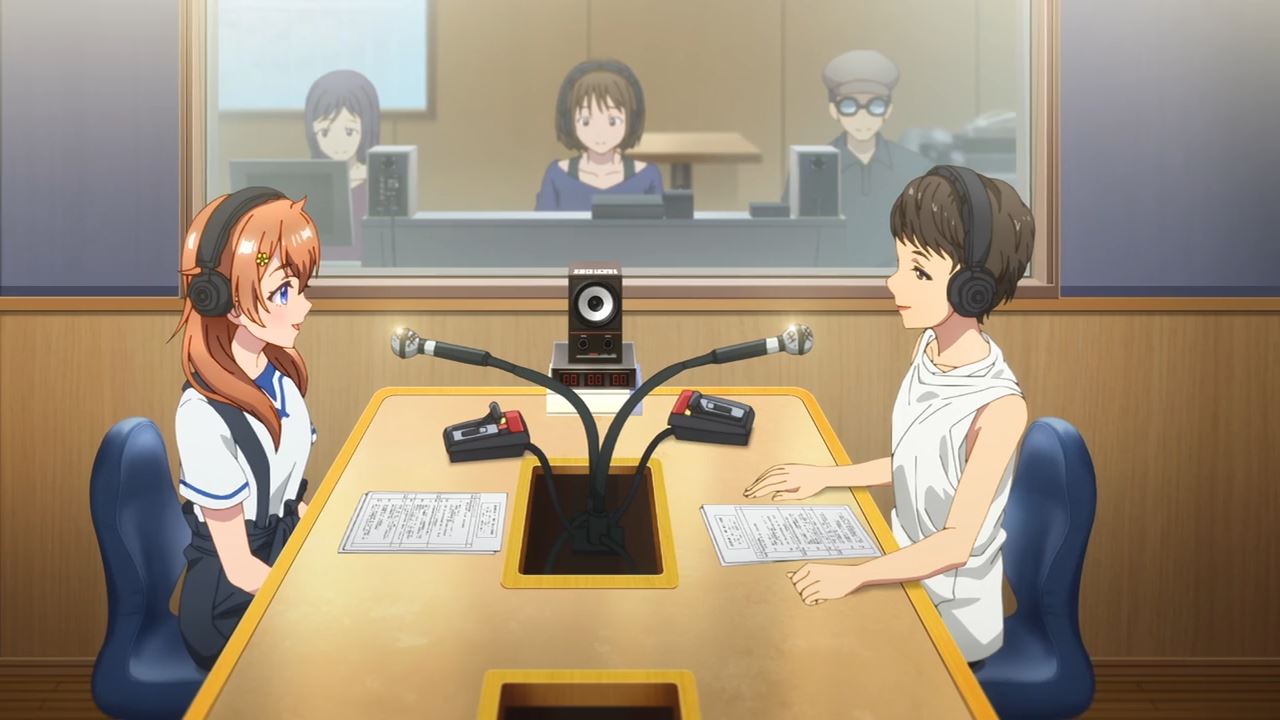 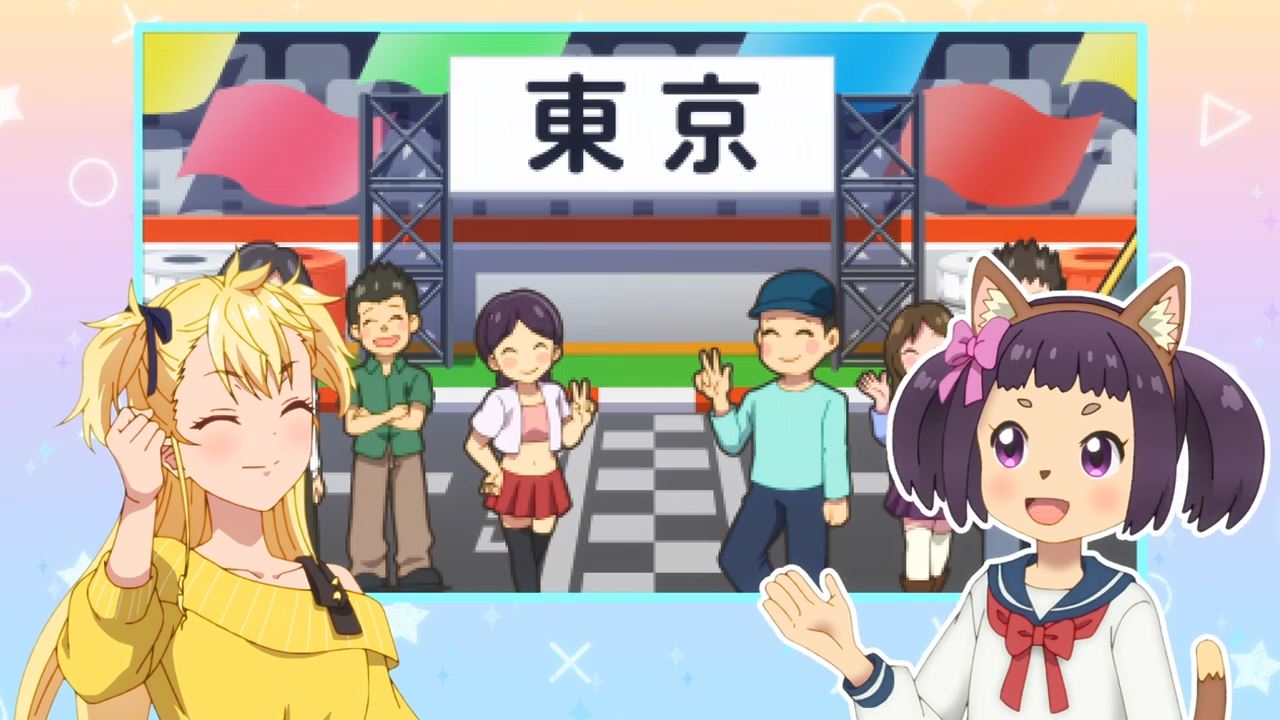 Anyways, looks like Haru Nabatame and her friends are working hard to show awareness of their idol group, from participating in various TV and radio shows, to joining Vtuber streams as guests. 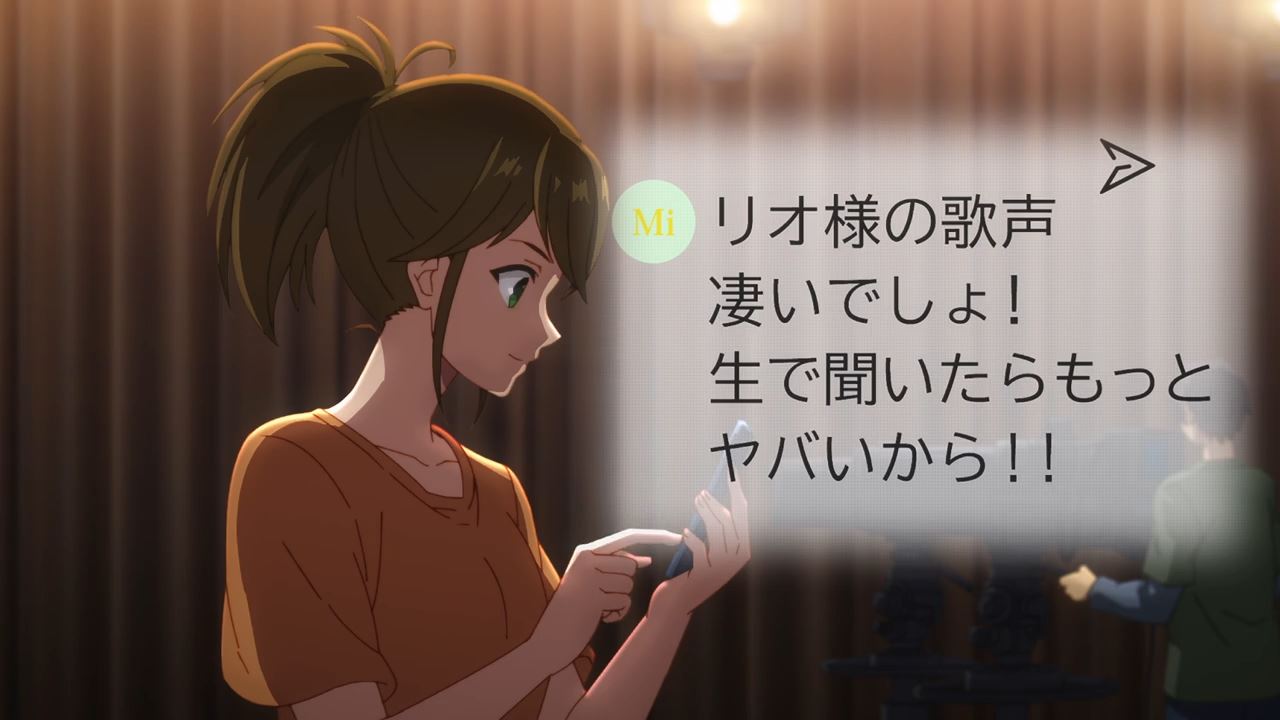 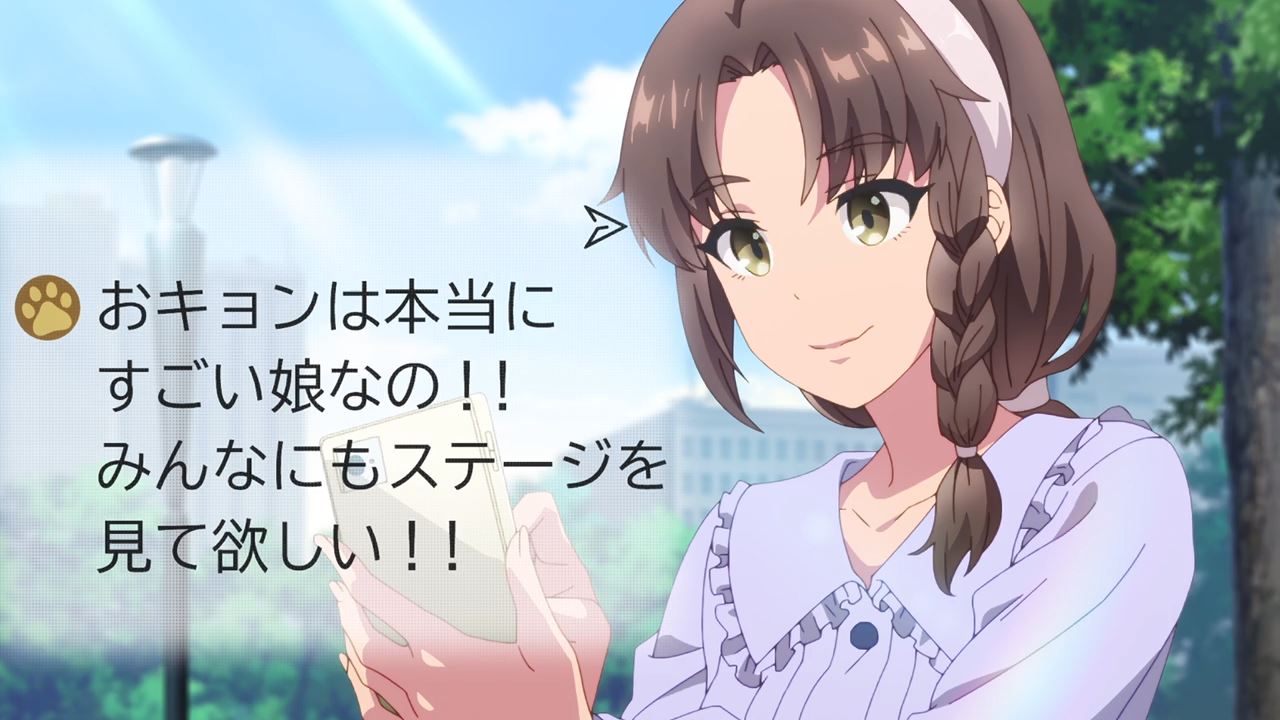 Oh yeah, let’s not forget about the fans where they’re promoting TINGS through social media. At this point, TINGS will have 2,000 fans watching their concert. 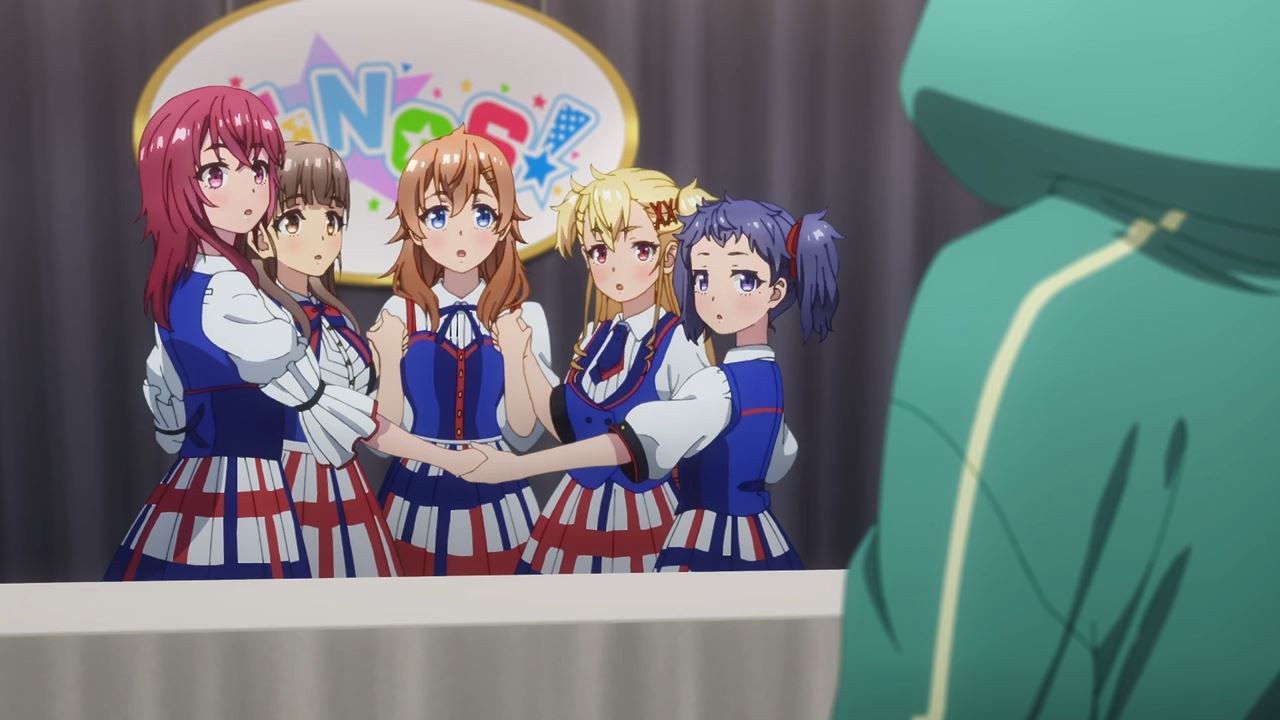 Meanwhile, seems that TINGS encountered a mysterious person. Wait, don’t tell me that the mysterious caller showed herself? 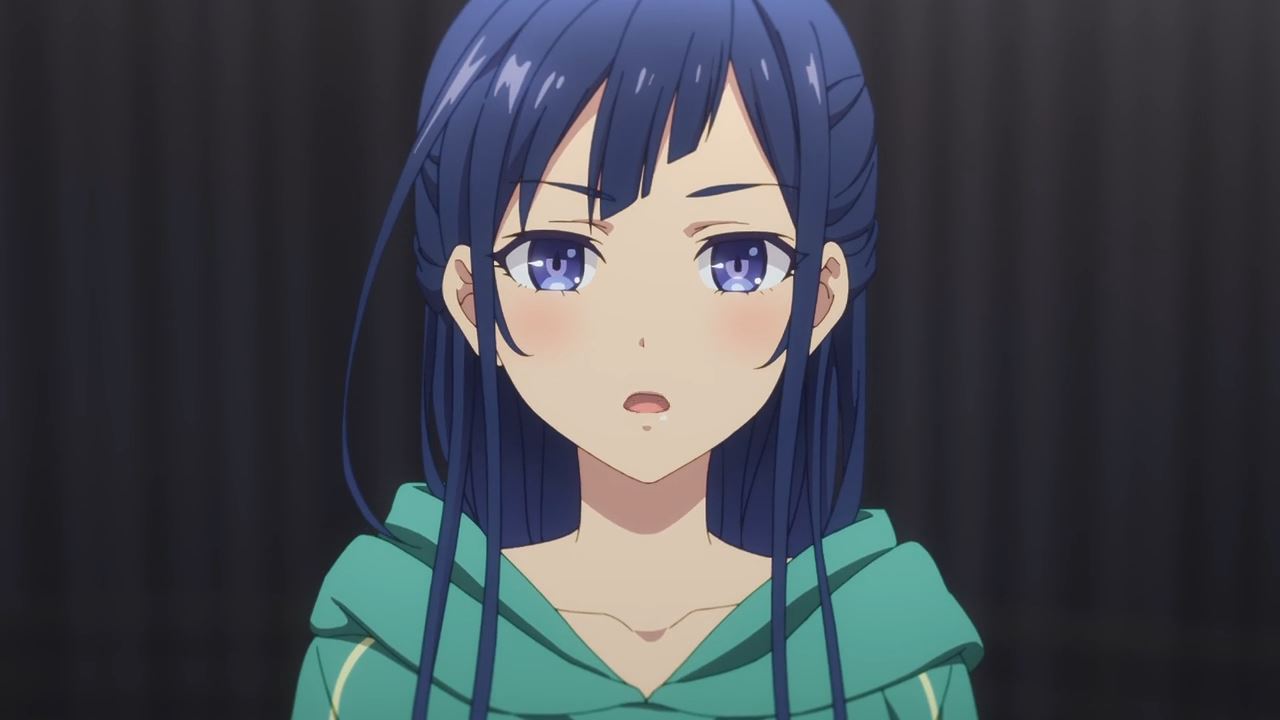 No, it’s Ren Kurogane where she wants to take Haru Nabatame back to HY-RAIN as she doesn’t deserve to be with TINGS due to their members not performing at her level.

Okay Ren, you may have become the face of HY-RAIN but do you want to get floored again by Haru Nabatame if she returns to your idol group? The reason why she left HY-RAIN in the first place is because you got emotionally hurt when Haru demonstrated her amazing talent. 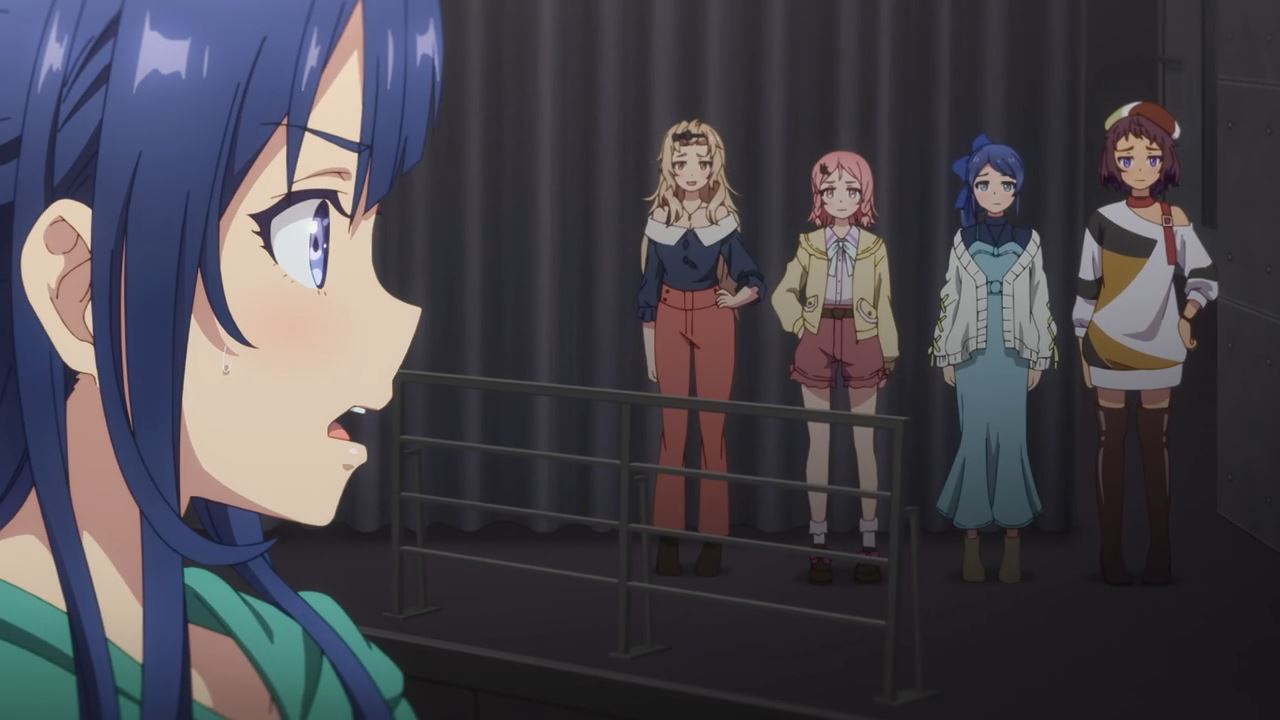 And speaking of HY-RAIN, Ren’s friends have arrived where they’re really surprised to see Haru’s return to the idol stage, including the new member Nanoka Hiumi where she joined the group after Haru left. 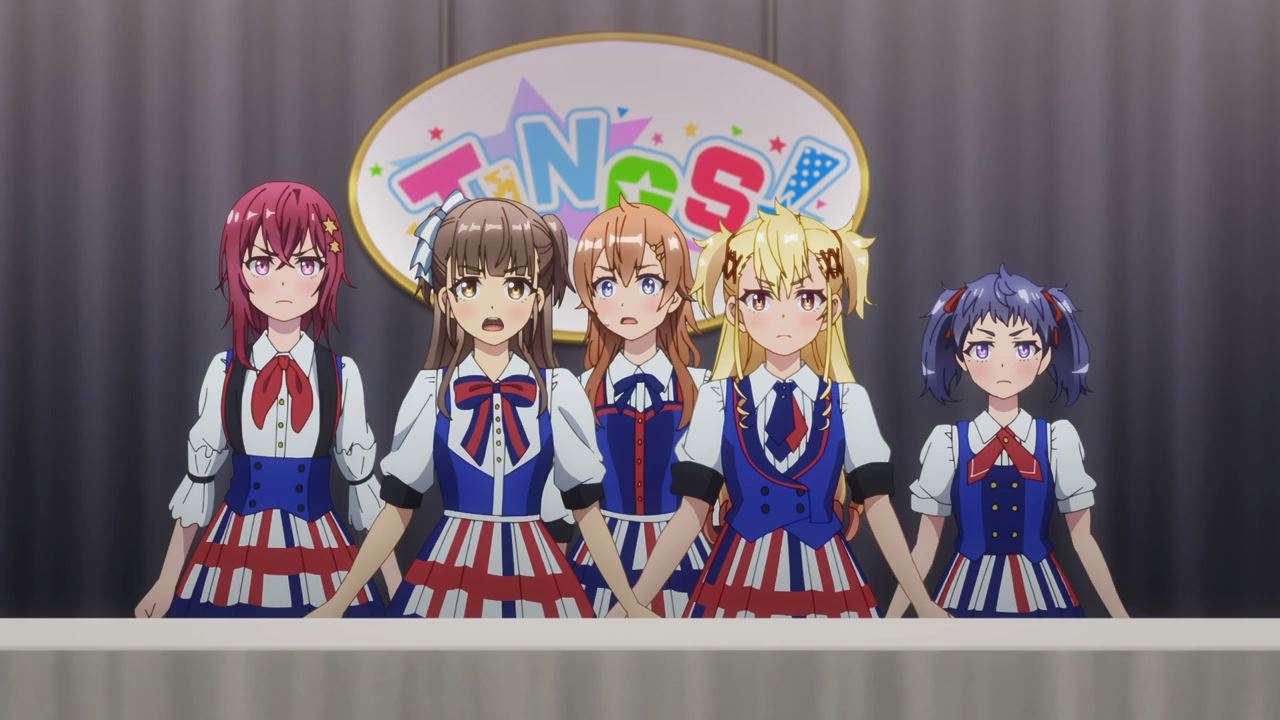 Of course, Kyouka Tamaki and the rest won’t let the likes of Ren Kurogane get their hands on Haru Nabatame as they’ll prove to the best idol group in Japan that Haru belongs with TINGS.

However, Ren won’t give up as HY-RAIN will prove to these so-called “backup dancers” that they don’t deserve to have Haru, so she issued a challenge to them in which Kyouka and the rest agreed with it. Hello TINGS, you’re gonna lose your best idol if you got spanked by HY-RAIN! 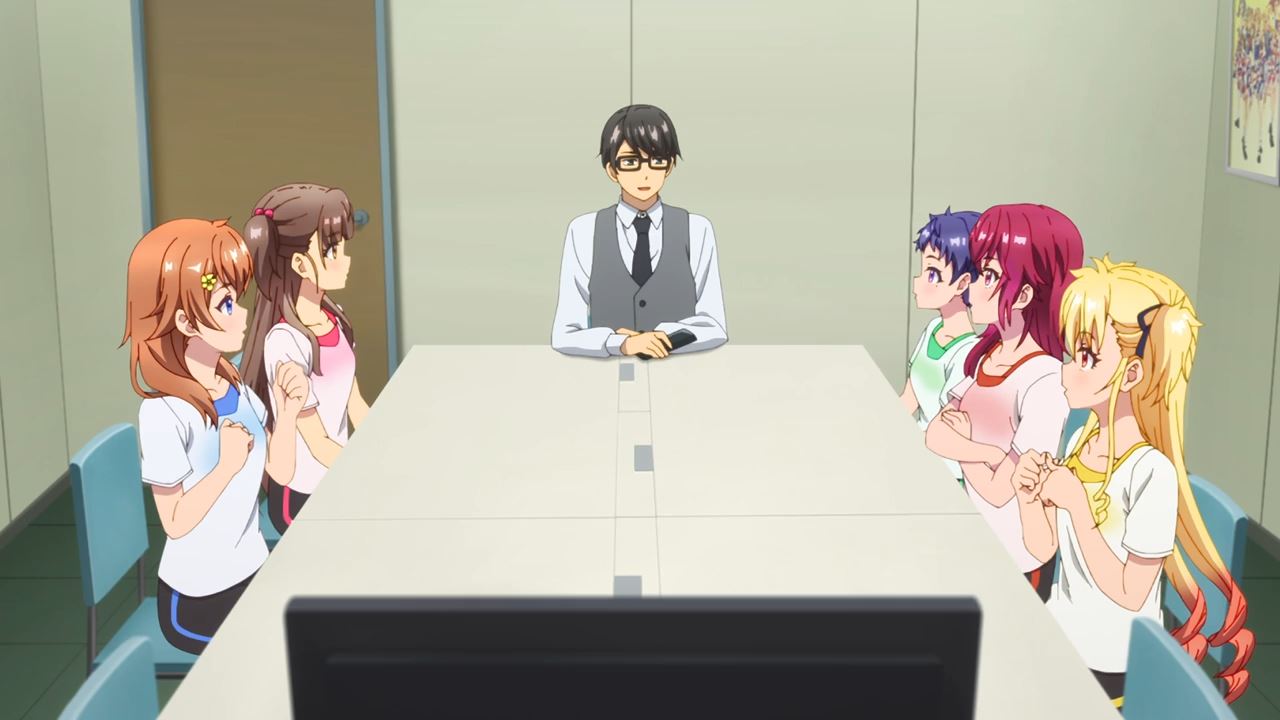 And to give you an idea of how HY-RAIN became one of the best idol groups in the business, here’s Naoki Hinase where he showed a footage of their concert… in Budokan. 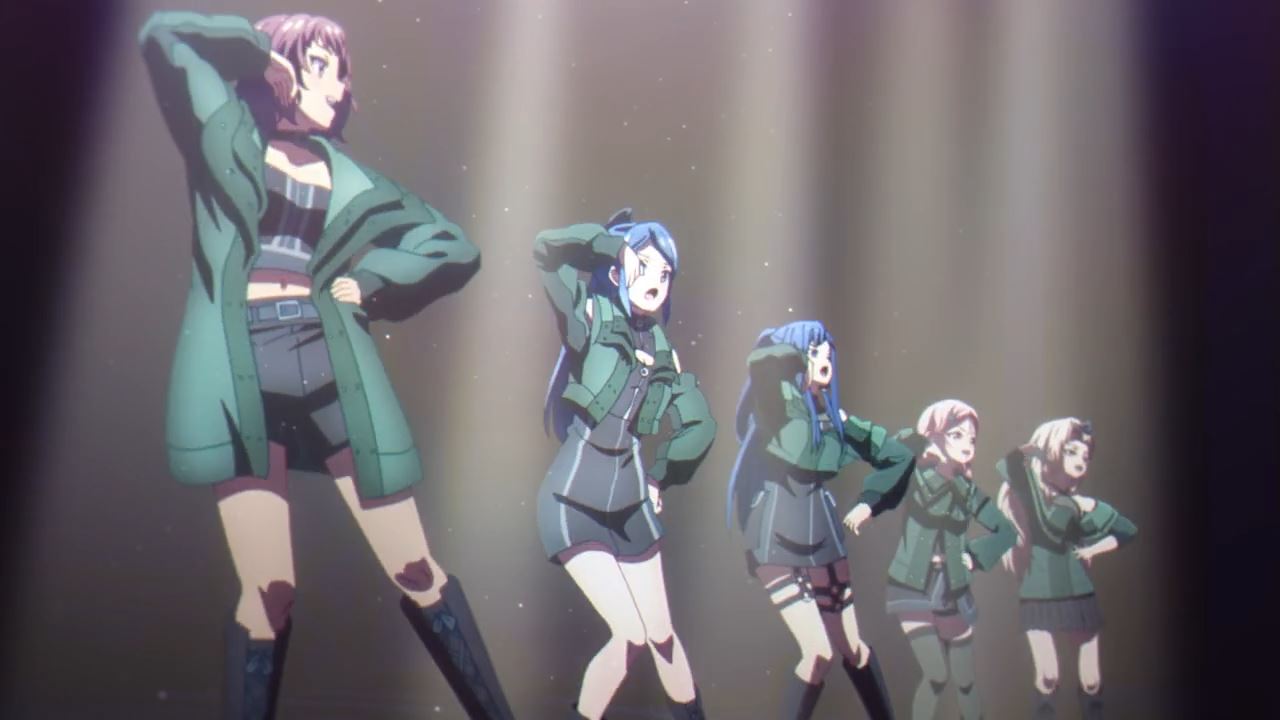 Anyways, here’s HY-RAIN where they perform “GYB!” in front of more than 10,000 attendees. For TINGS, it’s gonna be a difficult battle for the underdogs where HY-RAIN is far well-known across Japan than anyone else. 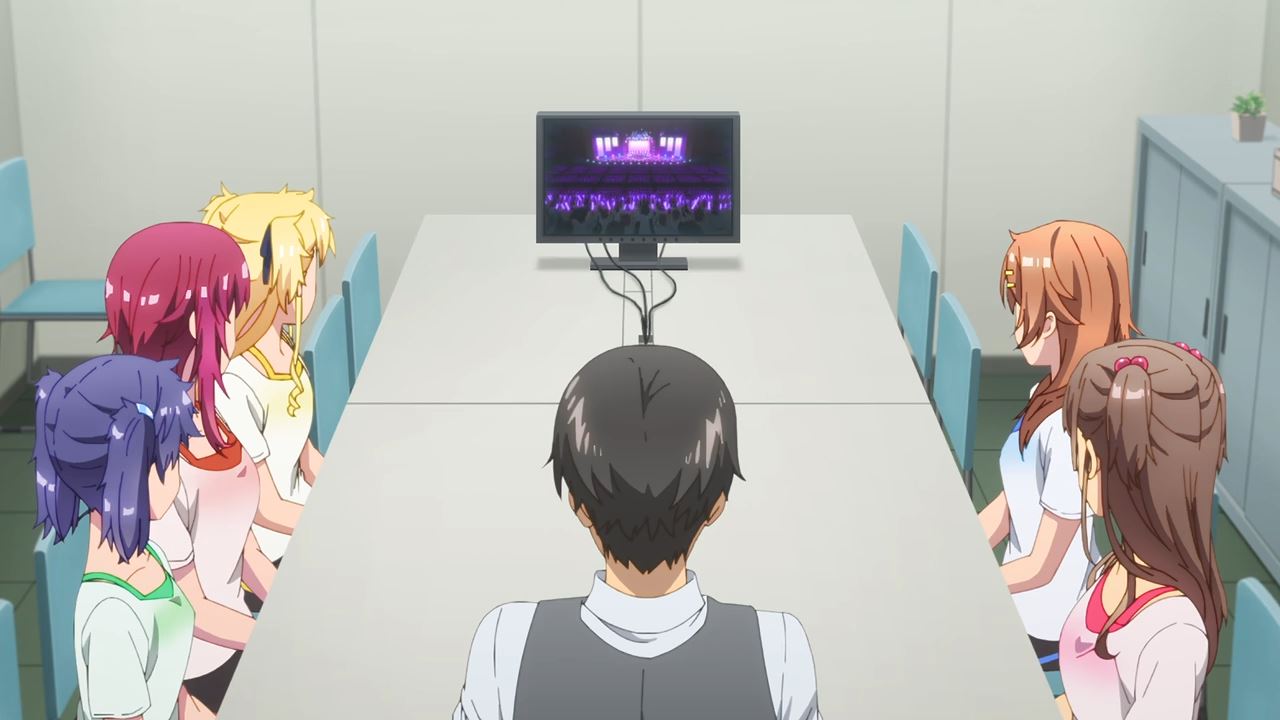 Of course, the only thing that TINGS need to worry about is their skills and confidence. Yes, they can train hard to match up Haru’s talent level, but they need to shake off their nervousness as some members like Kyouka Tamaki are still shaken upon confronting HY-RAIN or meeting the fans’ expectations.

Anyways, there’s two episodes to go in Shine Post as TINGS can’t afford to embarrass themselves against one of the best idol groups. I’ll see you next time where I’m hoping that they can step up their game!