Posted on October 6, 2022 by benigmatica 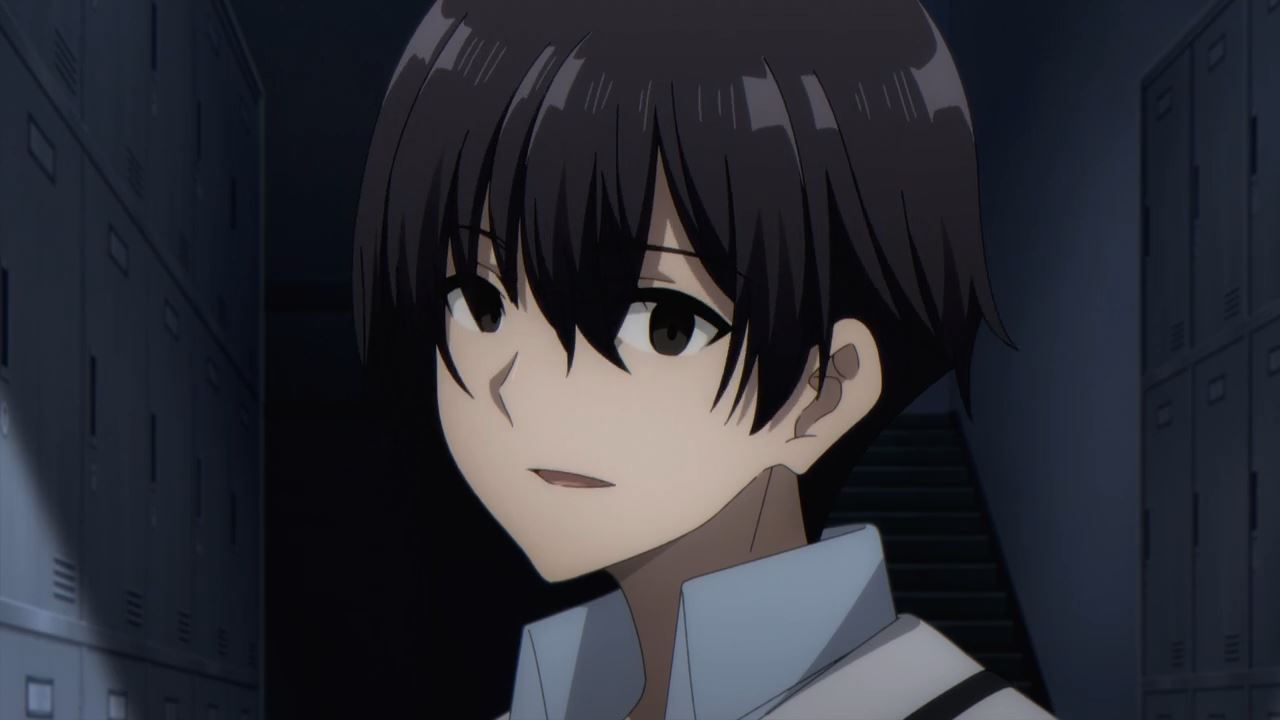 Meet Minoru Kagenou, an ordinary student who can be mistaken as a mob character. C’mon, this guys doesn’t scream as the main character of this show… or so I thought.

Anyways, let’s begin this first episode where a teenage actress Akane Nishino got kidnapped by two goons and she’s about to get raped by them. Man, somebody save her! 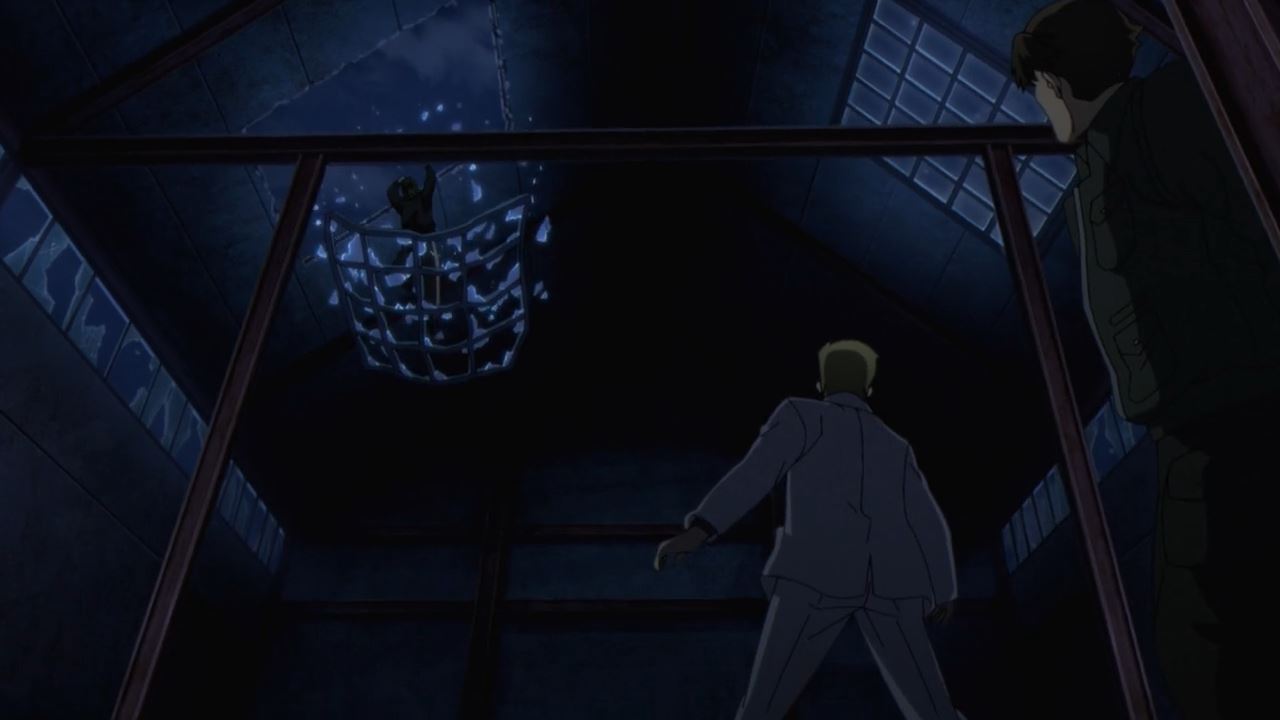 Fortunately, looks like Akane’s savior has arrived from the top window. What a stylish way to make an entrance! 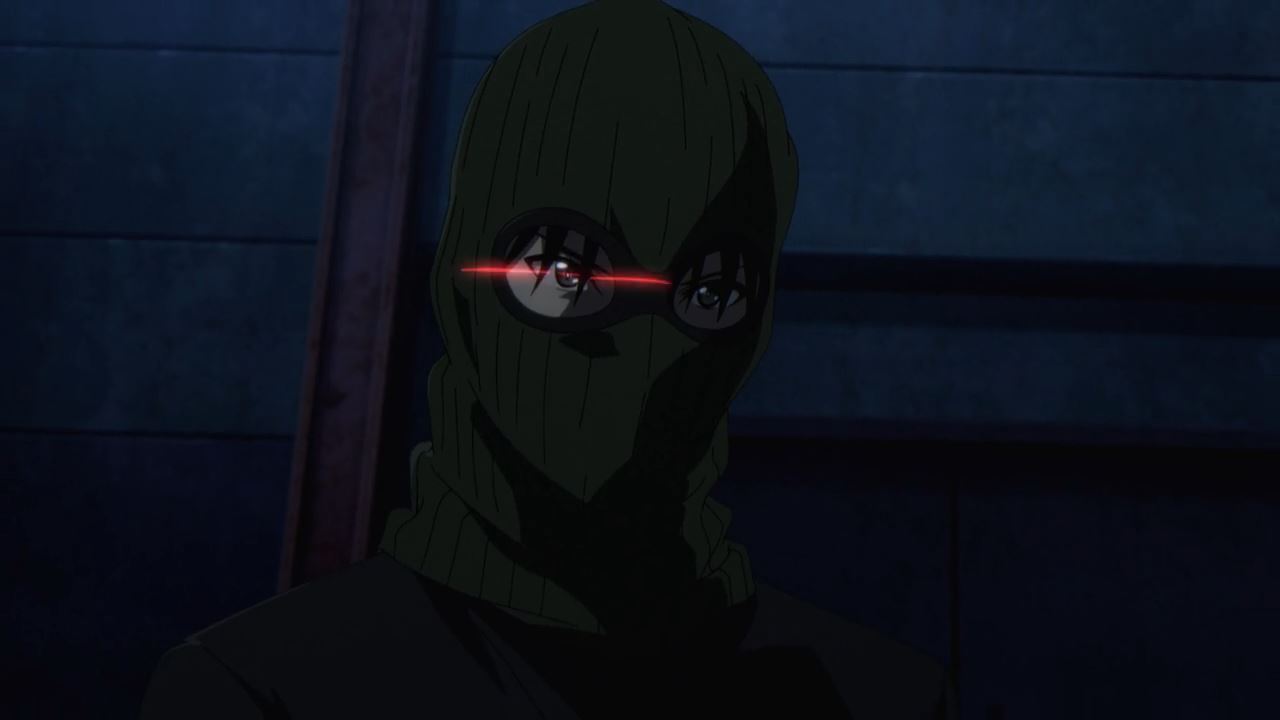 And speaking of stylish, he calls himself as the “Stylish Ruffian Slayer”. Not sure how he survive the landing but I have a feeling that these two goons are about to kill him! 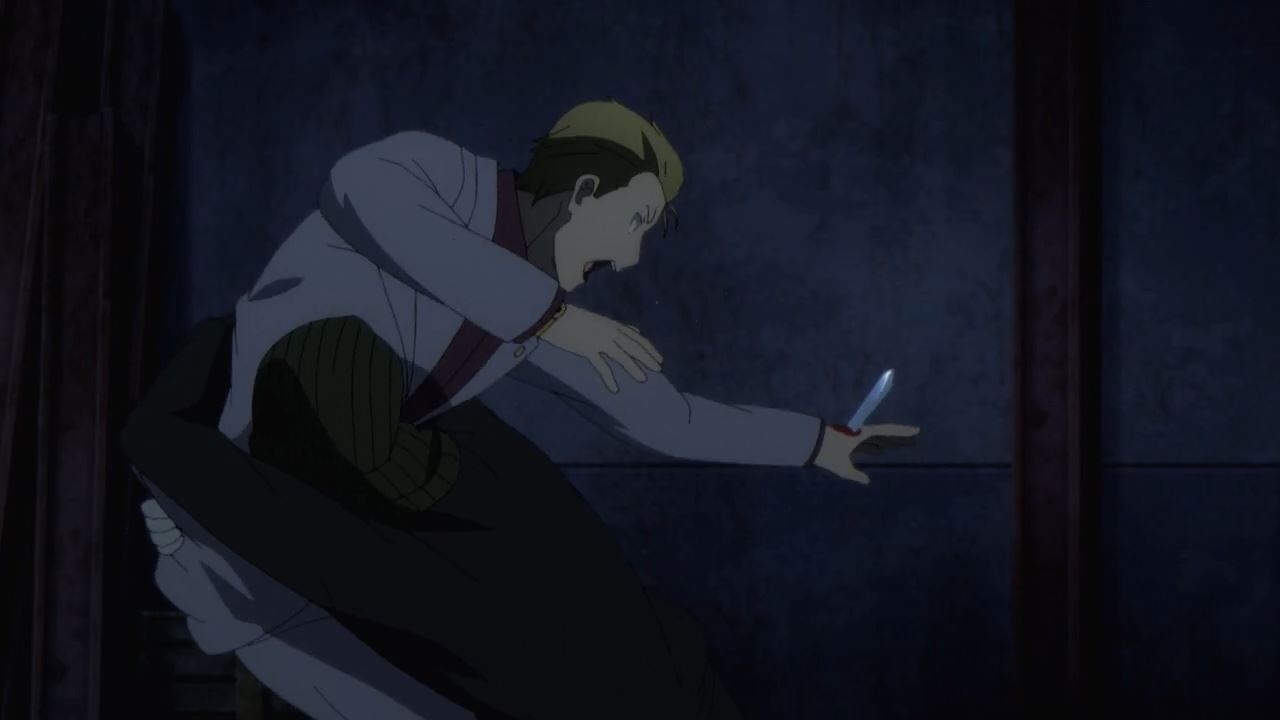 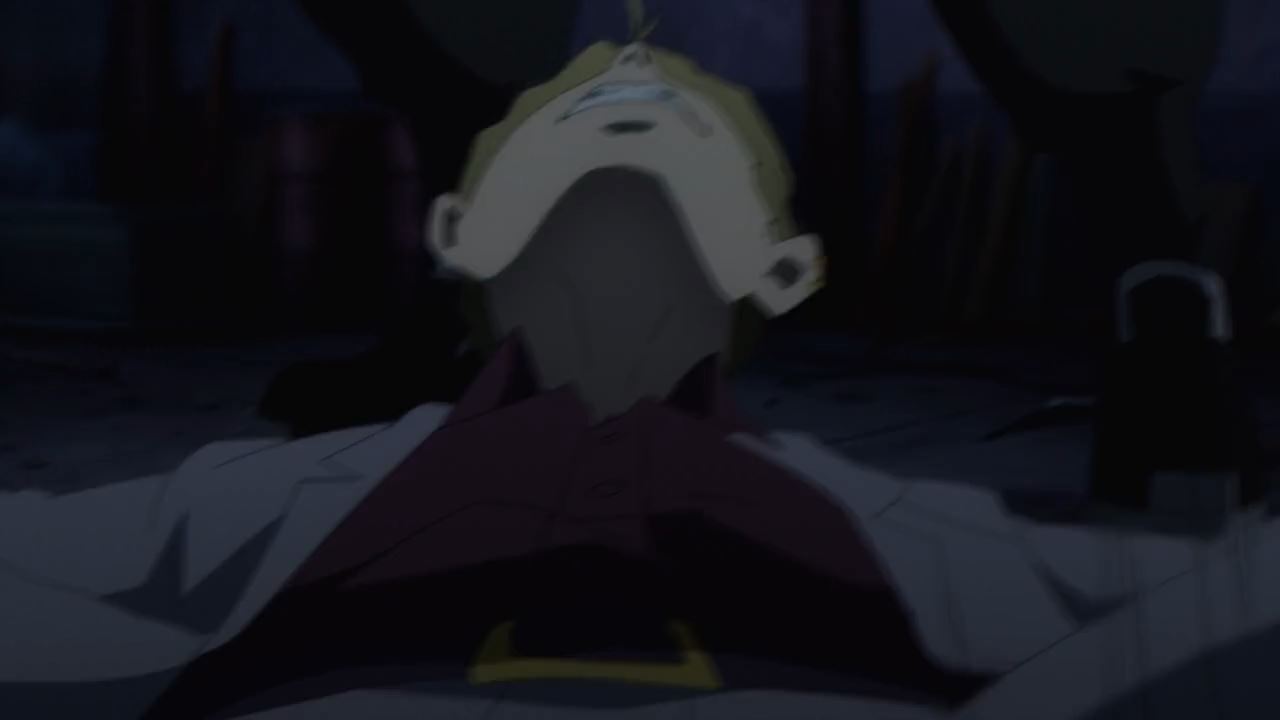 Ah never mind, looks like the Stylish Ruffian Slayer managed to take down one goon with a suplex. Of course, there’s still another goon to deal with. 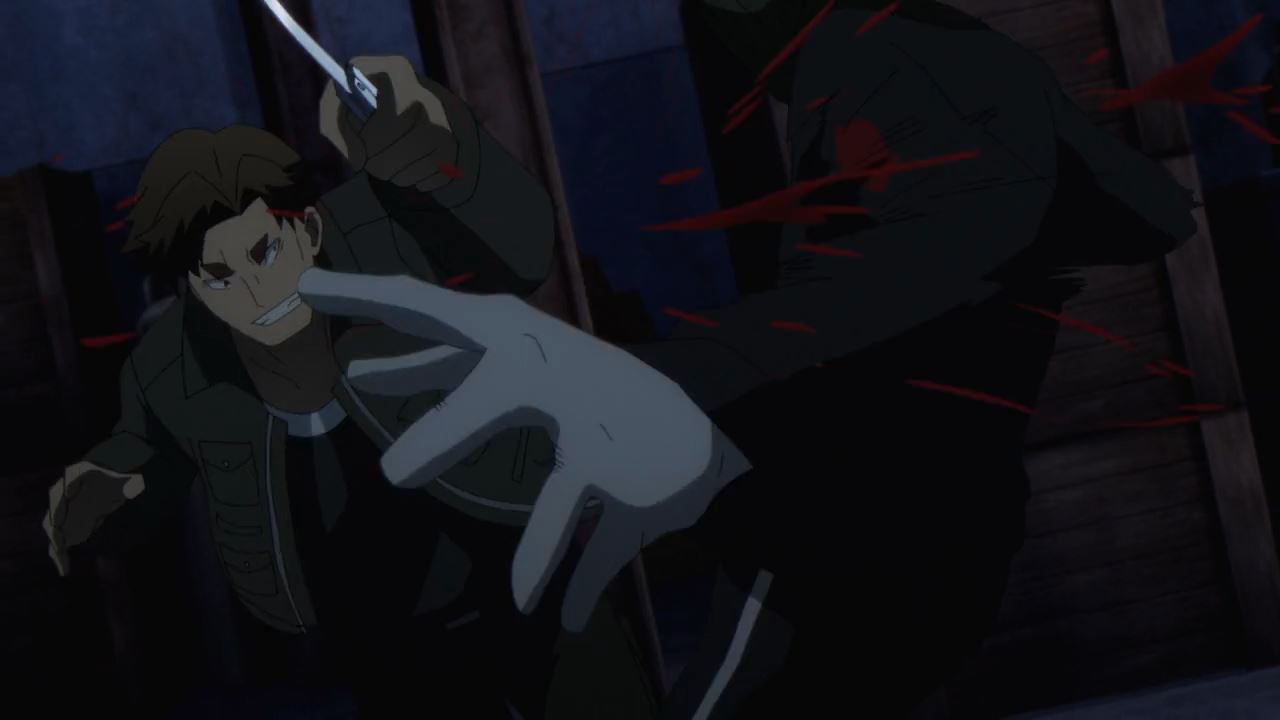 And this time, he’s actually a former soldier where he’s itching for a serious fight. While this military goon slashes the slayer’s arm, that doesn’t faze him one bit. 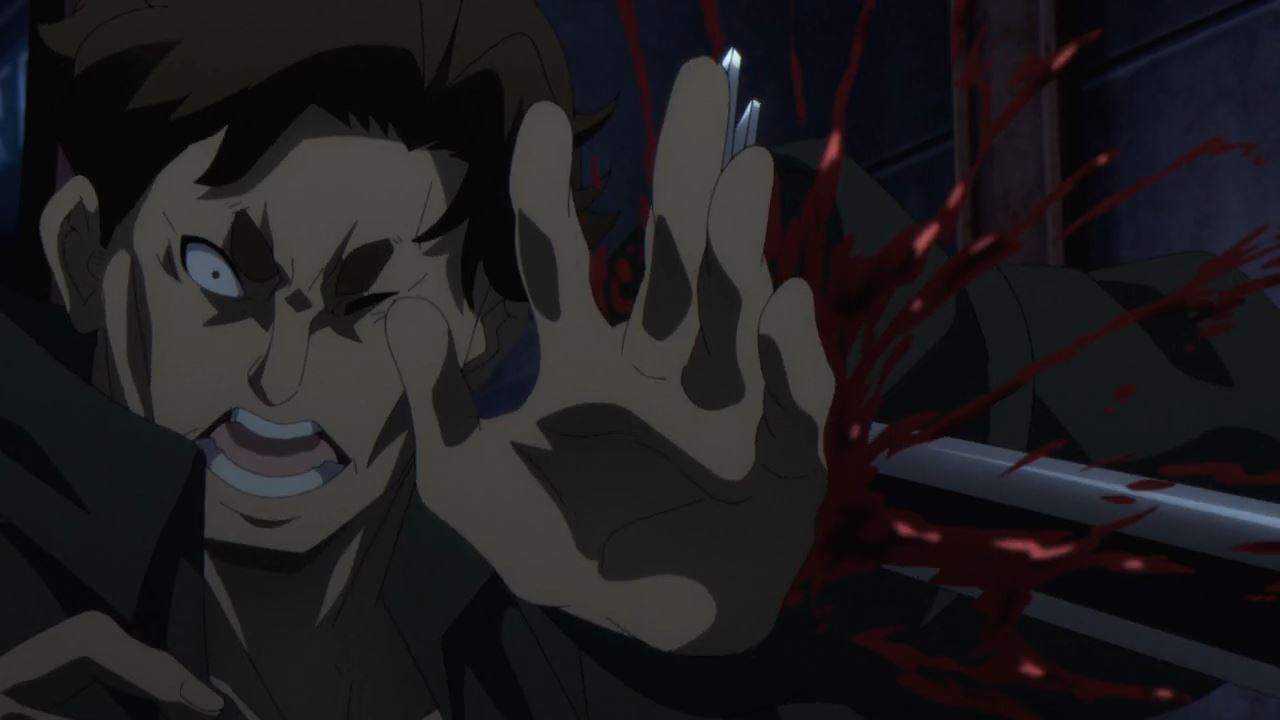 In fact, the Stylish Ruffian Slayer broke the goon’s arm with a crowbar. Oh yeah, I forgot to tell you that he has another name, the “Balaclava Berserker”. 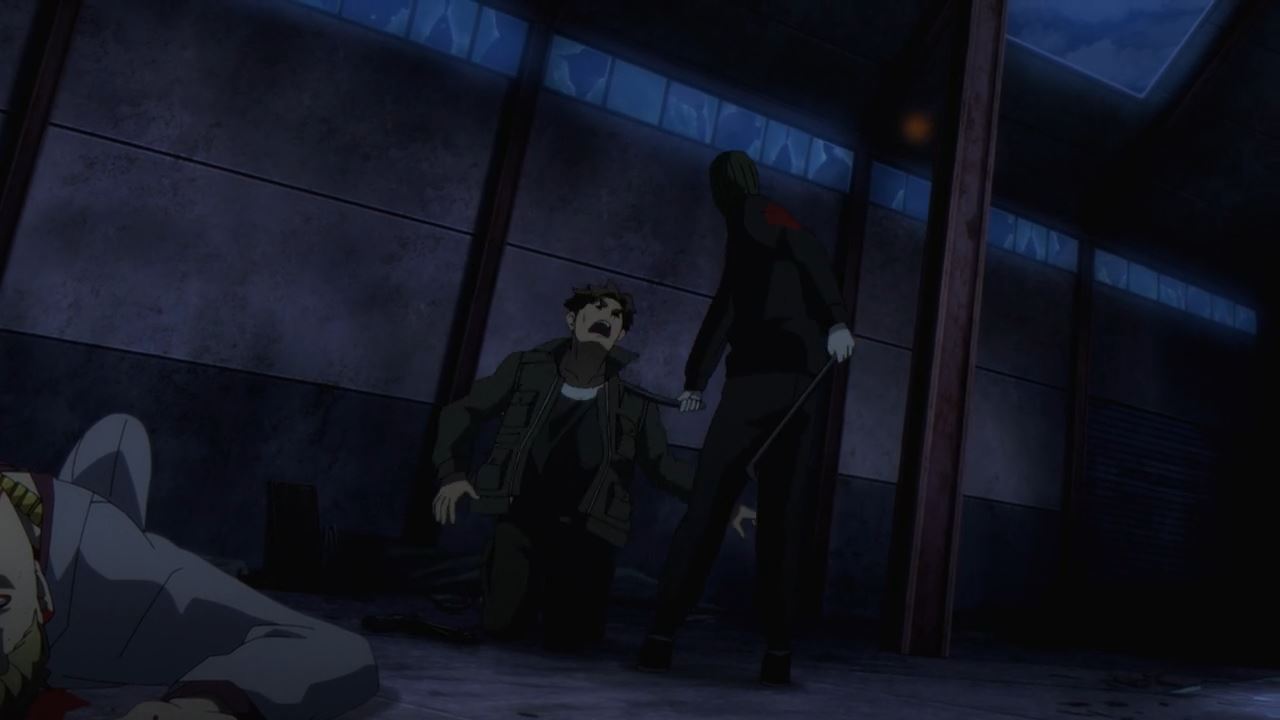 Anyways, two goons are defeated thanks to the Stylish Ruffian Slayer. Oh, and Akane Nishino is saved but wait a minute, who is the person behind the Balaclava Berserker? 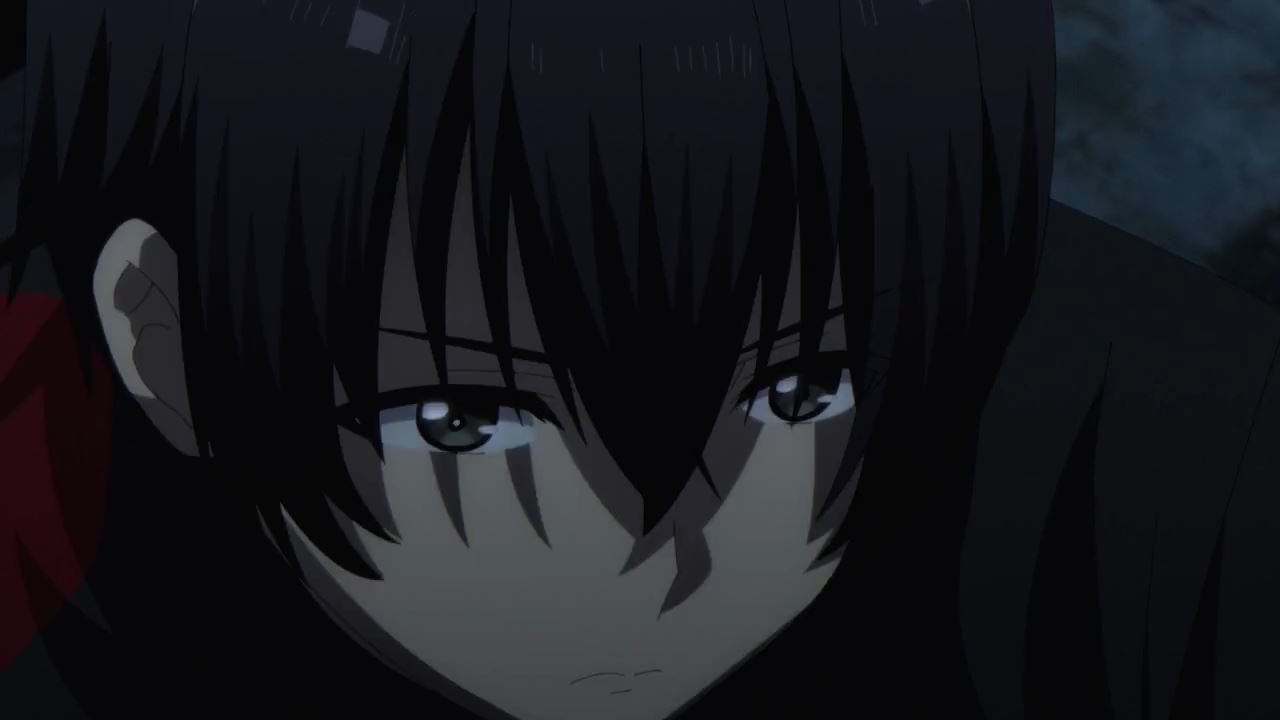 Oh wait, don’t tell me that Minoru Kagenou is the one who rescued Akane Nishino!? Okay, I have a feeling that he’s more than just a mob character.

But anyways, turns out that Minoru trained his body at a young age and fights various people. Why? Because he’s fascinated with strong people who lives in the shadows. 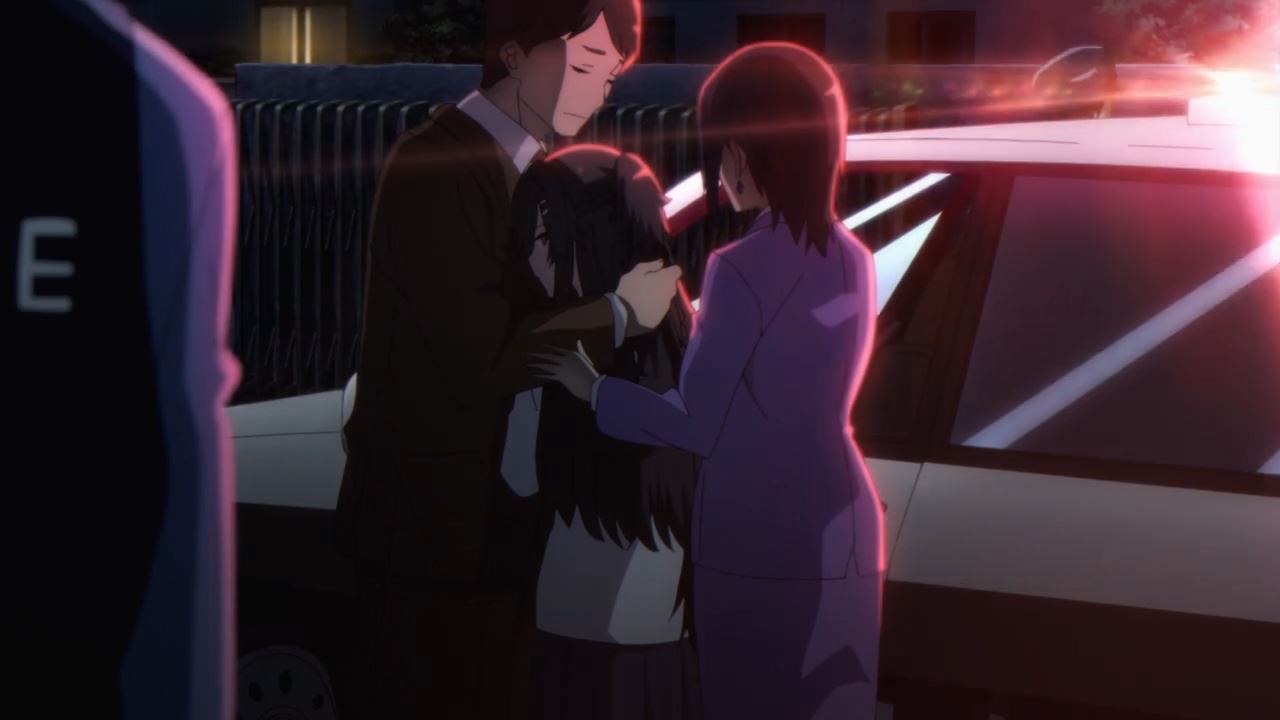 Now then, time for the aftermath where Akane Nishino got reunited with her parents while the two goons got apprehended, although the police are baffled on how they received grievous injuries. 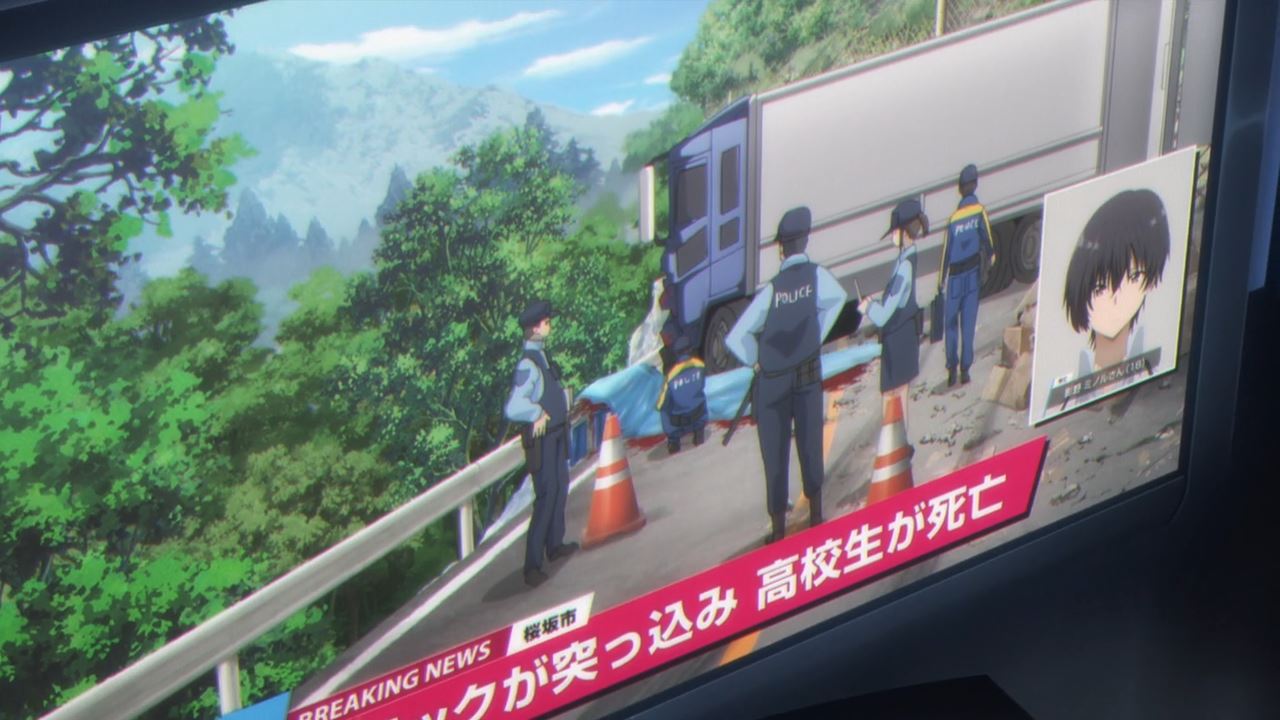 As for Minoru Kagenou? He just got hit by a truck and died. How come the badass mob character who beat up multiple thugs, only to be killed by Truck-kun!?

Seriously, he could have dodge the truck and survive but no, Minoru Kagenou just got isekai’d! 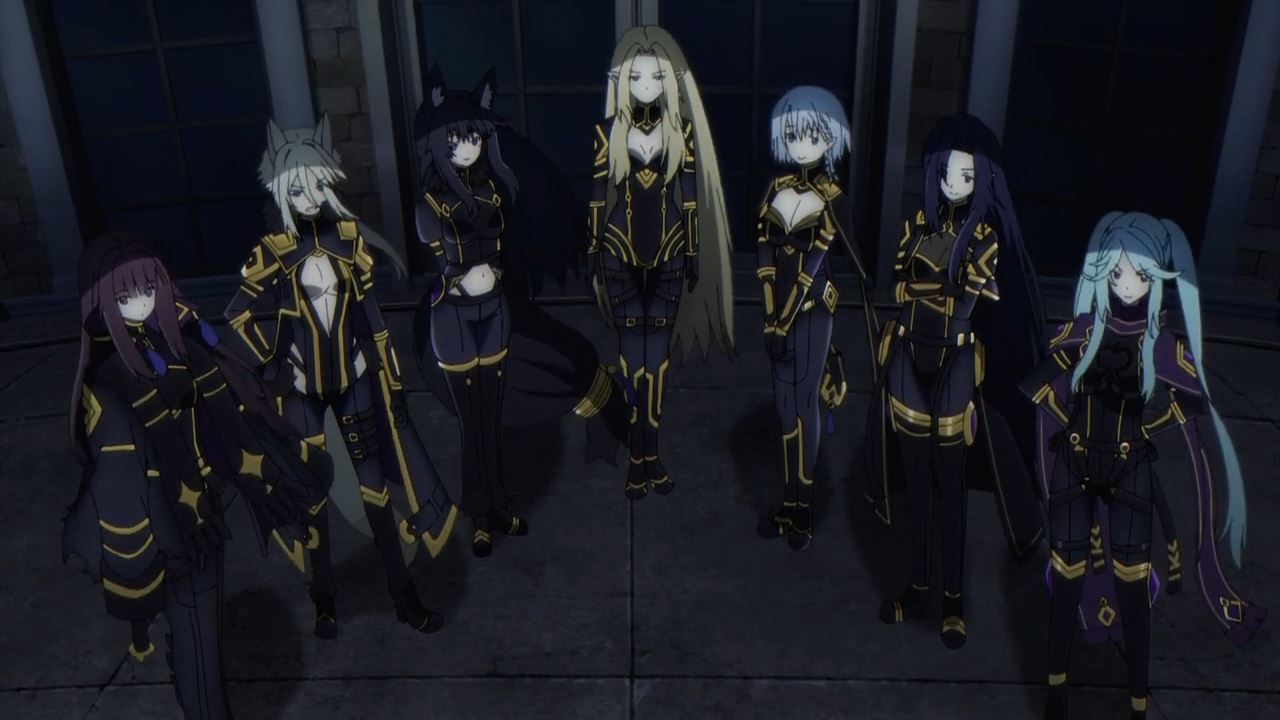 Still, even though he got hit by a truck, Minoru Kagenou got reincarnated into noble named Cid where he’s the leader of a secret organization called Shadow Garden, complete with female agents who take out any malicious beings without being seen. 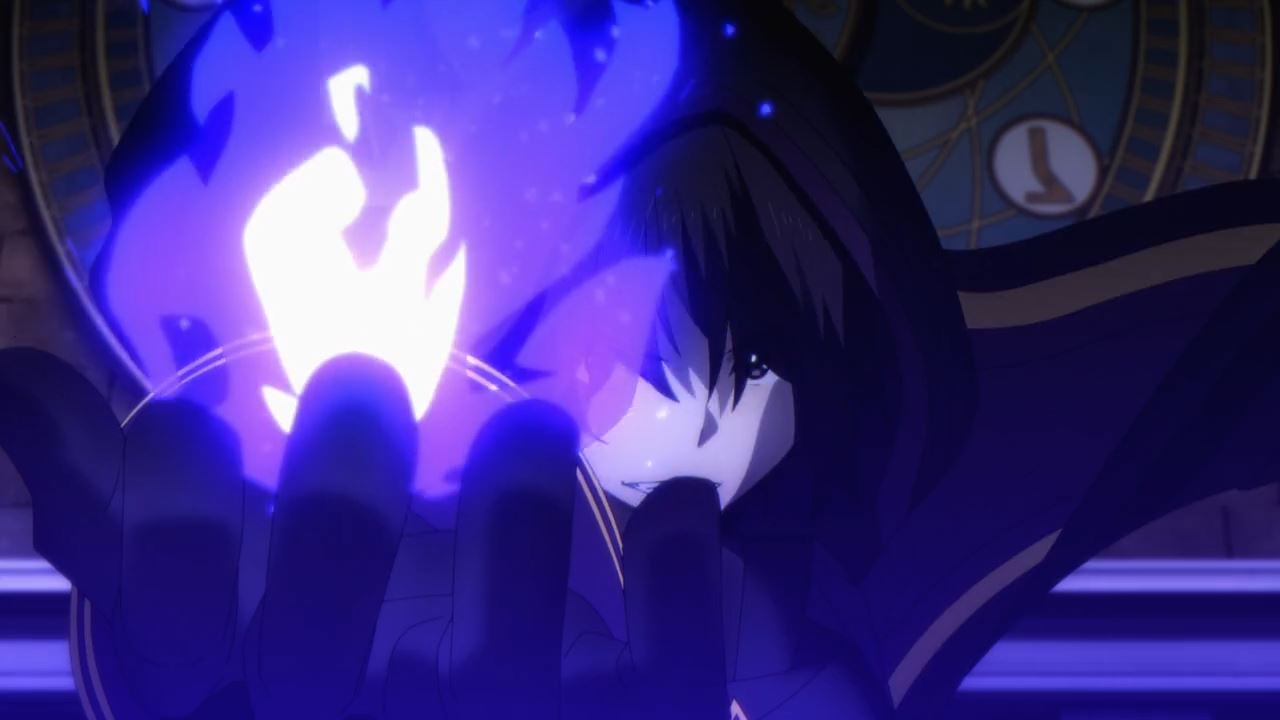 And here’s Cid where he wants more power so he can live his fantasies as the world’s strongest chuunibyou. Oh boy, let’s hope that he should lessen his sense of grandeur ’cause Cid is working behind the shadows.

Anyways, this is Kage no Jitsuryokusha ni Naritakute! or The Eminence in Shadow where I have to say that the first episode blew me away. I wish that Minoru could have survive the truck accident but then again, this is an isekai anime show where I’m hoping that it won’t be a cringe-fest!

With that said, I’ll see you next time where I want to see how Cid came to this world. I mean, he didn’t just made his own organization out of thin air.