Posted on October 7, 2022 by benigmatica 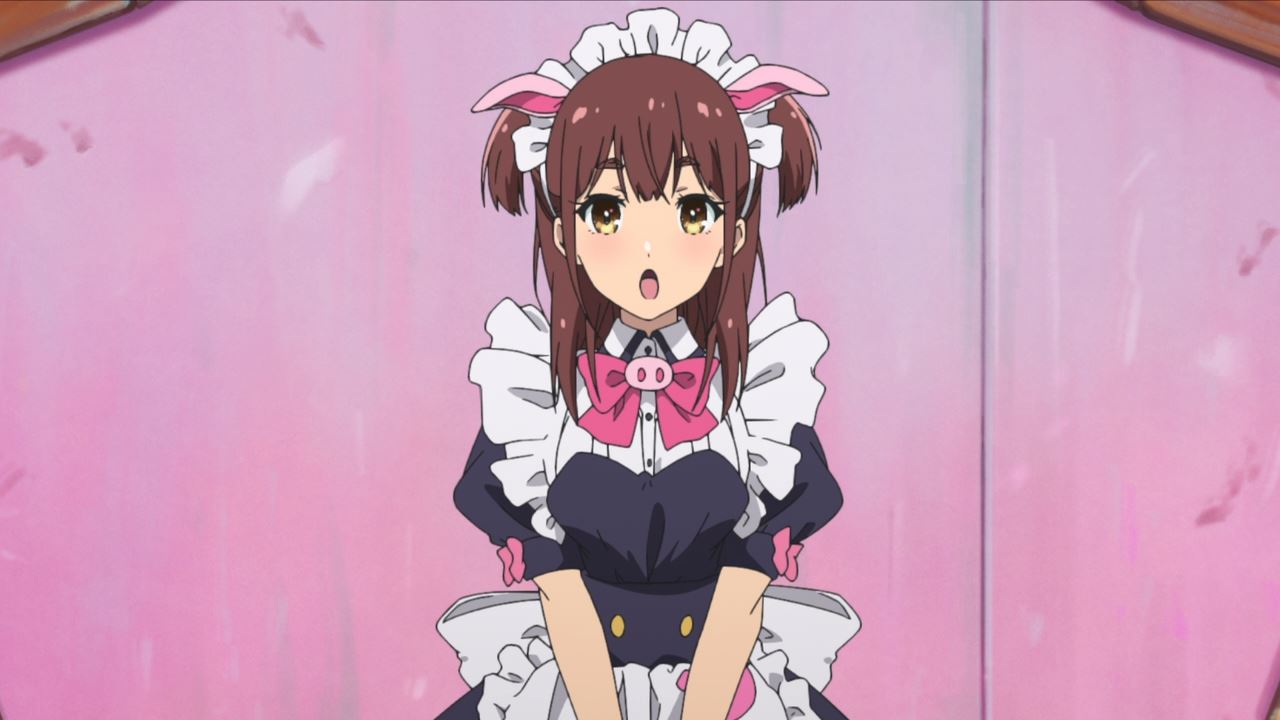 Hey everyone, P.A. Works has returned for an original anime show in cooperation with Cygames, where they previously collaborated with Uma Musume. 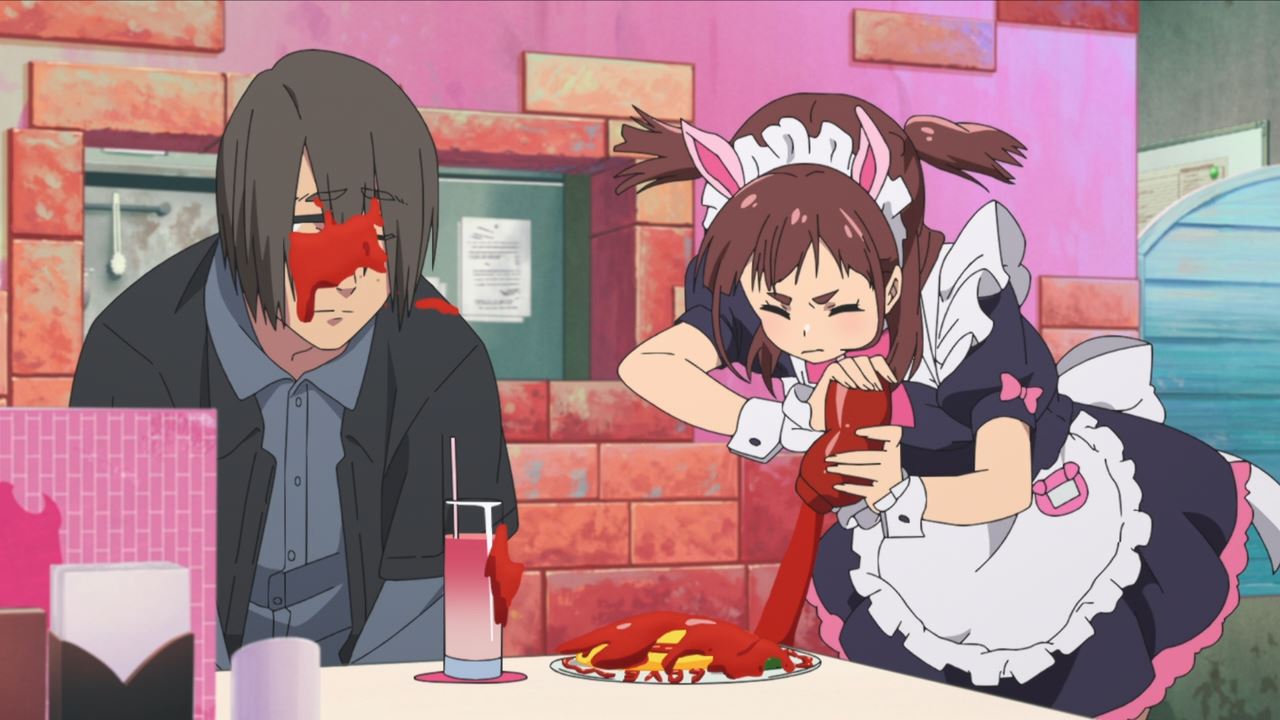 And sure that she’s a bit of a klutz, Nagomi doesn’t give up as she’s willing to serve her customers. Glad that Nagomi Wahira is full of optimism. 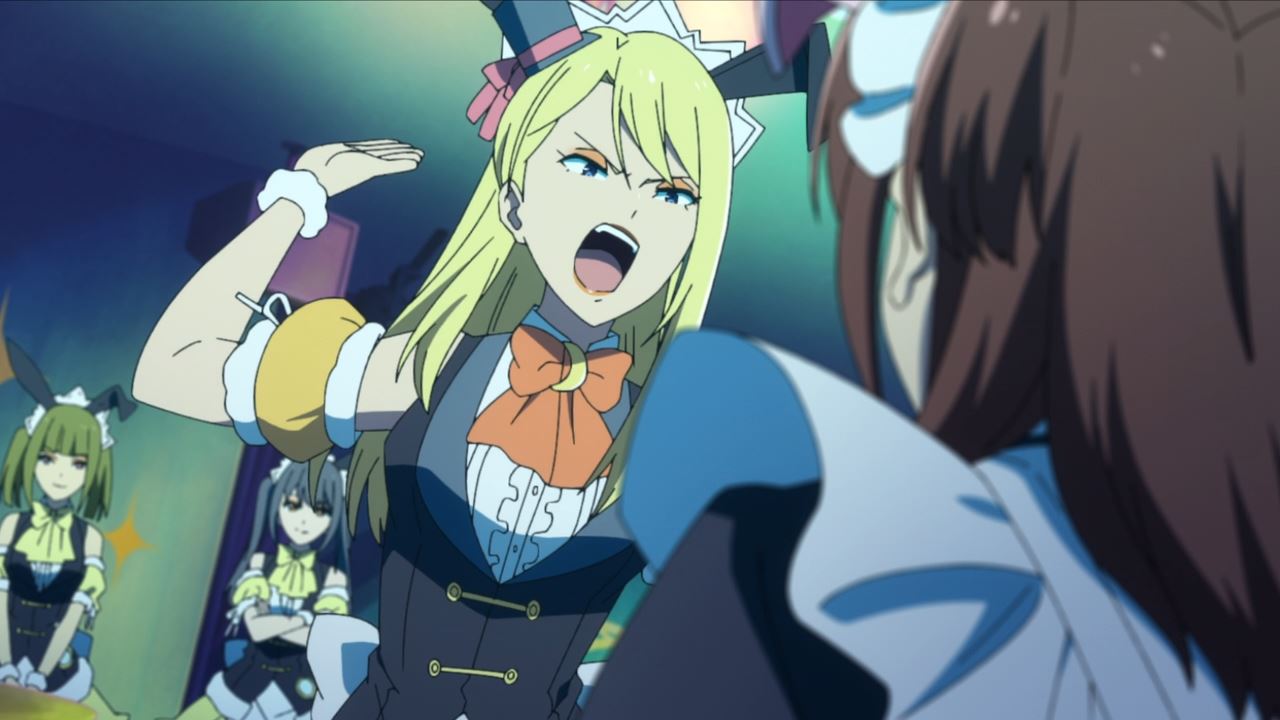 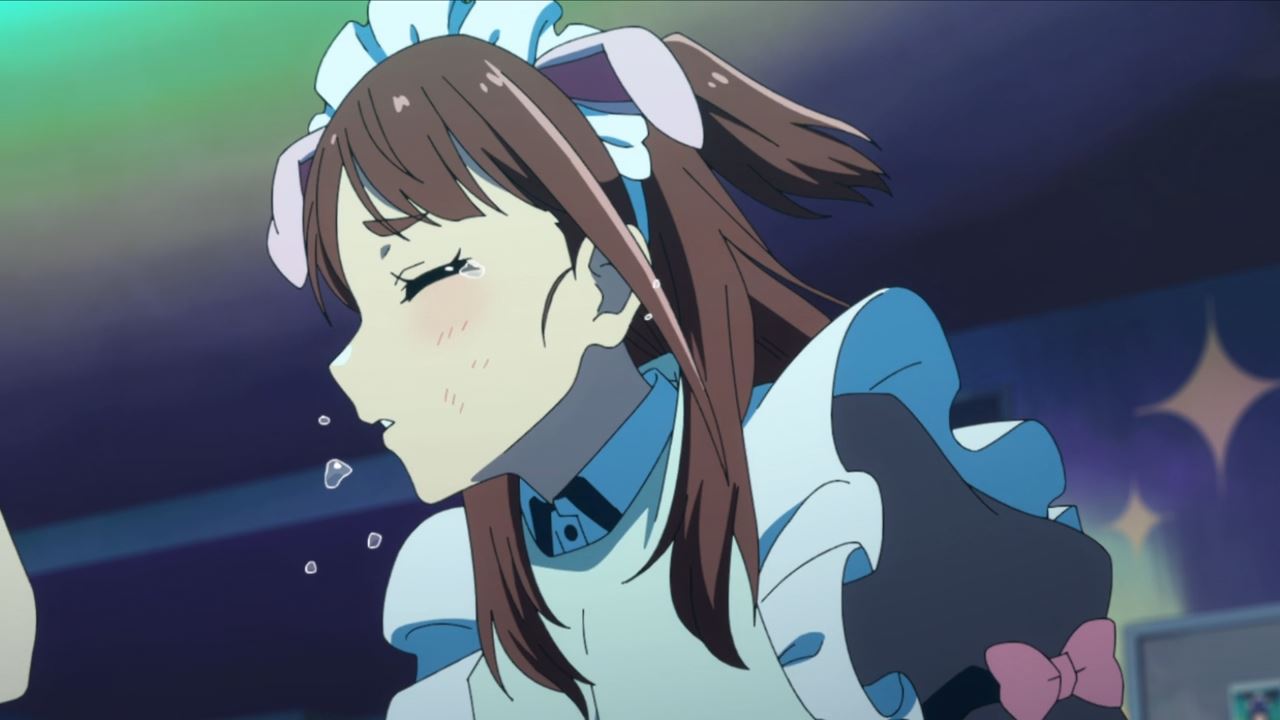 That is until she was asked by her boss to visit a rival maid café named Chuki Chuki Tsuki-chan where Nagomi learned the harsh reality of the maid café business.

You see, the maids are quite territorial where they don’t take outsiders lightly, especially maids from a rival company. In short, while they treat customers like royalty, these maids will bitch-slap everyone else who tries to mess with their business.

At this point Nagomi Wahira is about to get brutally hurt by the maid waitresses as they really hate weak-willed people like her. 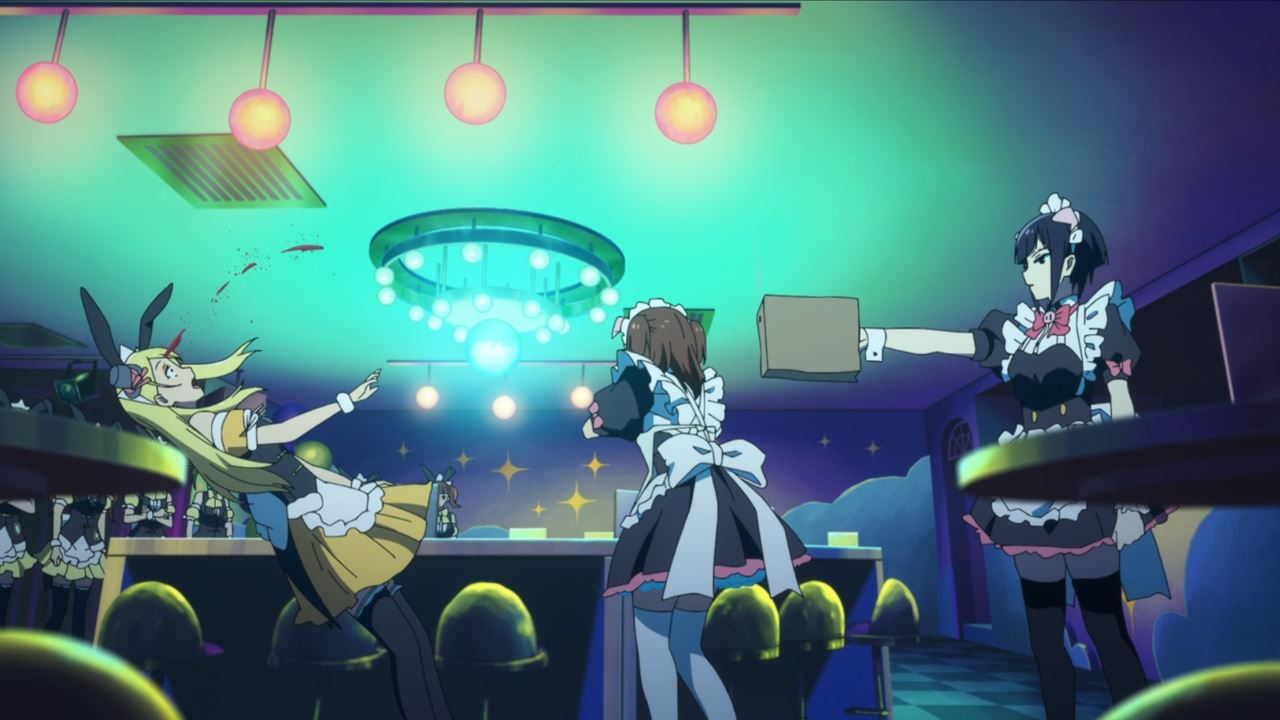 Fortunately, one of Nagomi’s co-workers named Ranko Mannen where this 30-something maid just… shoot the head maid in the head with a freakin’ bag?

Okay, there’s no way Ranko would shoot a fellow maid with only a bag. I mean, what if she’s holding some paint ball gun insi- 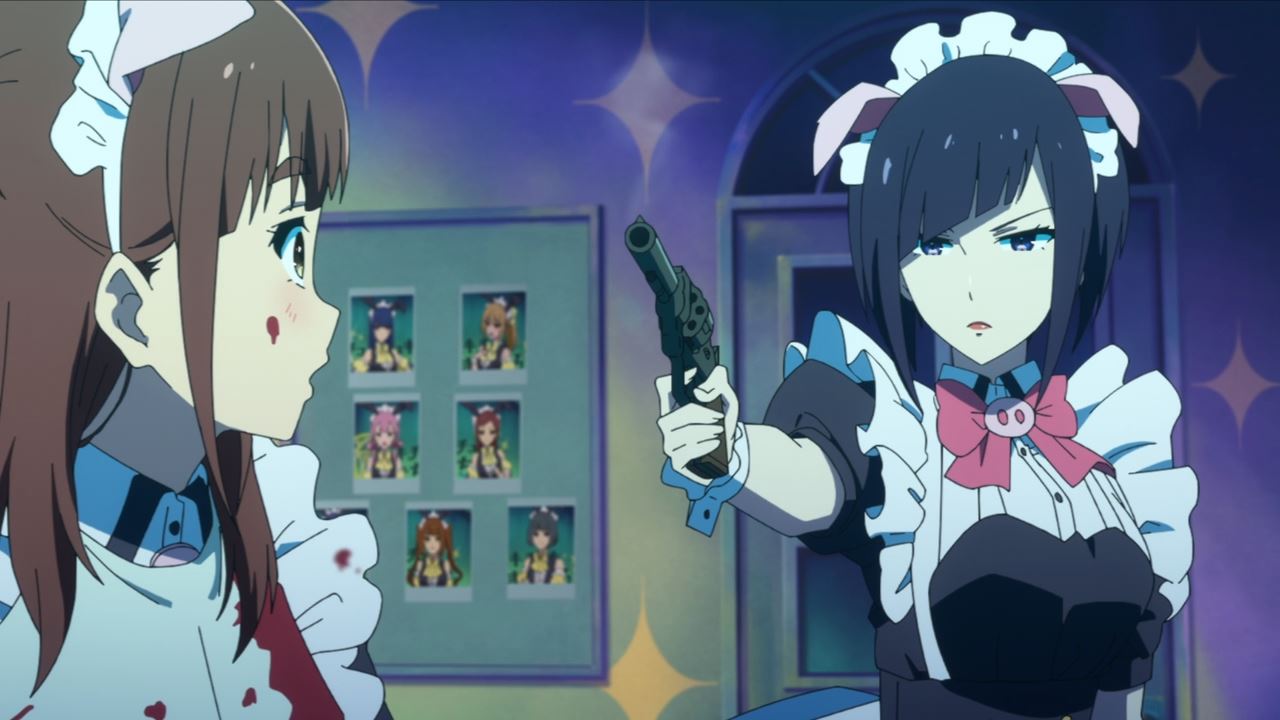 Oh shit, she’s holding a genuine revolver! Turns out that Ranko Mannen wasn’t some newbie maid who’s too old for the job as she’s actually a veteran of a previous war.

Said war happened in 1985 where it said that Ranko murdered lots of people after her boss got shot by a rival maid. Yeah, I can’t believe that P.A. Works and Cygames would create something like this. 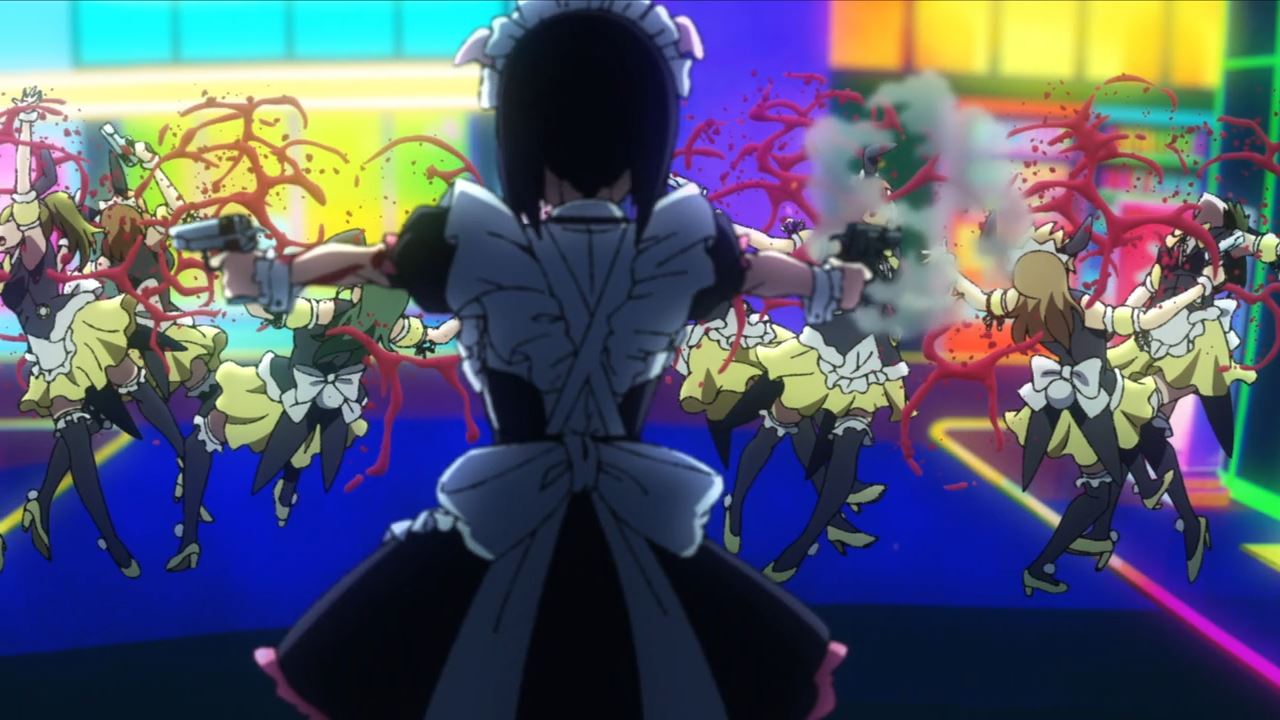 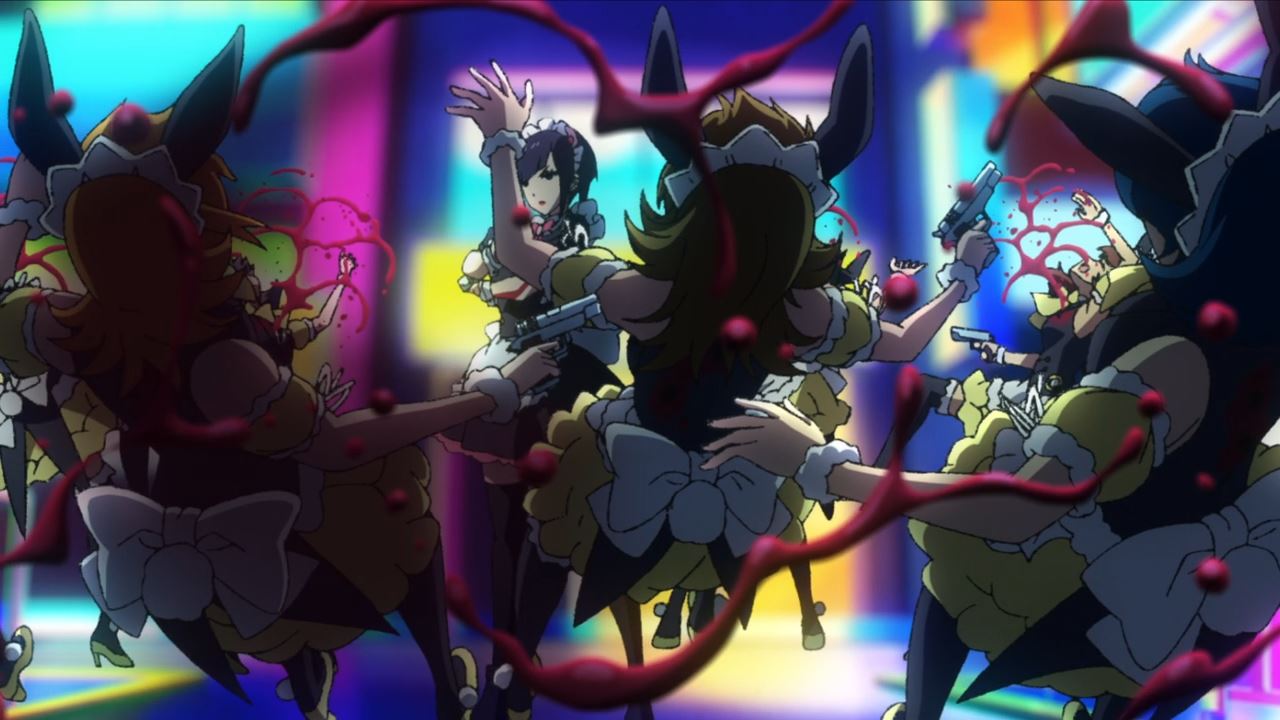 Anyways, I have to say I was blown away by the premise of this show where I didn’t expect maids acting like yakuza gangsters who will fight tooth and nail against their rivals in Akihabara.

Oh yeah, they didn’t even pull any punches as Ranko Mannen goes all gun-fu against the entire Chuki Chuki Tsuki-chan maid gang without batting an eye. 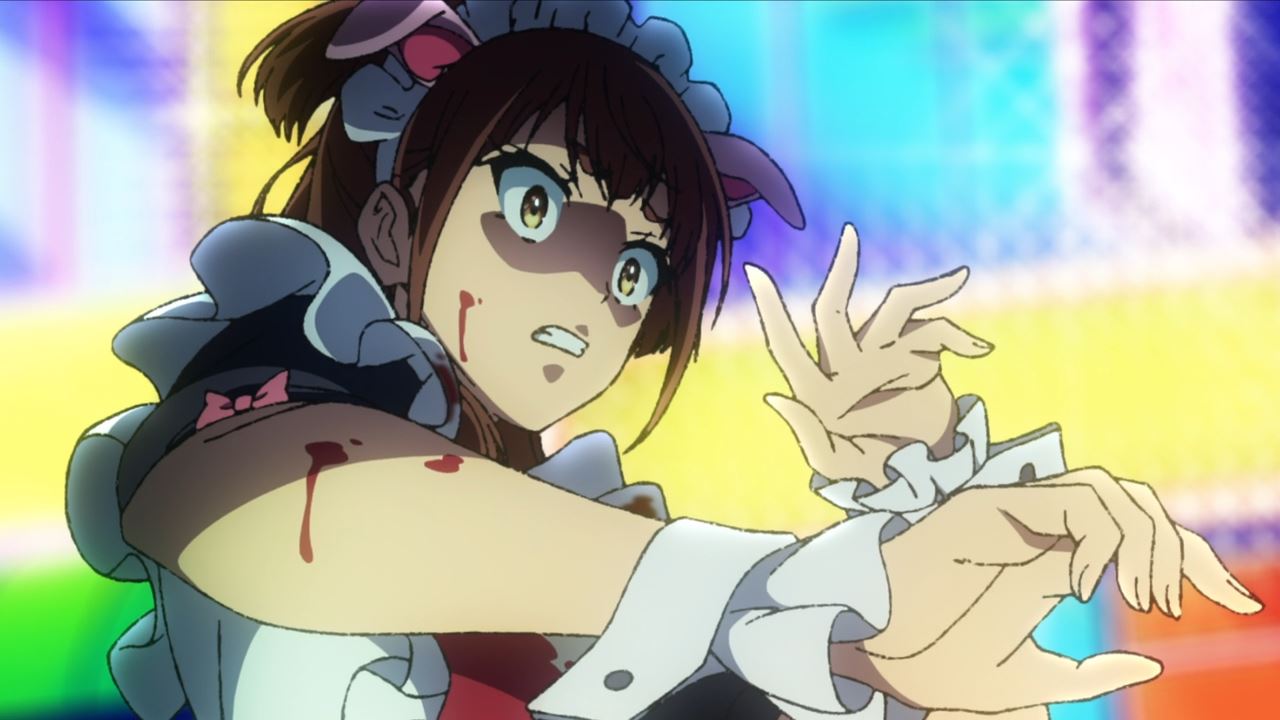 But as for Nagomi Wahira, looks like she can’t run away anymore as she’s now involve in the largest maid war in Akihabara. This is gonna suck for her, both emotionally and physically!

Anyways, looks like I’m pretty hooked on this show as I can’t wait for the next episode of Akiba Maid War.