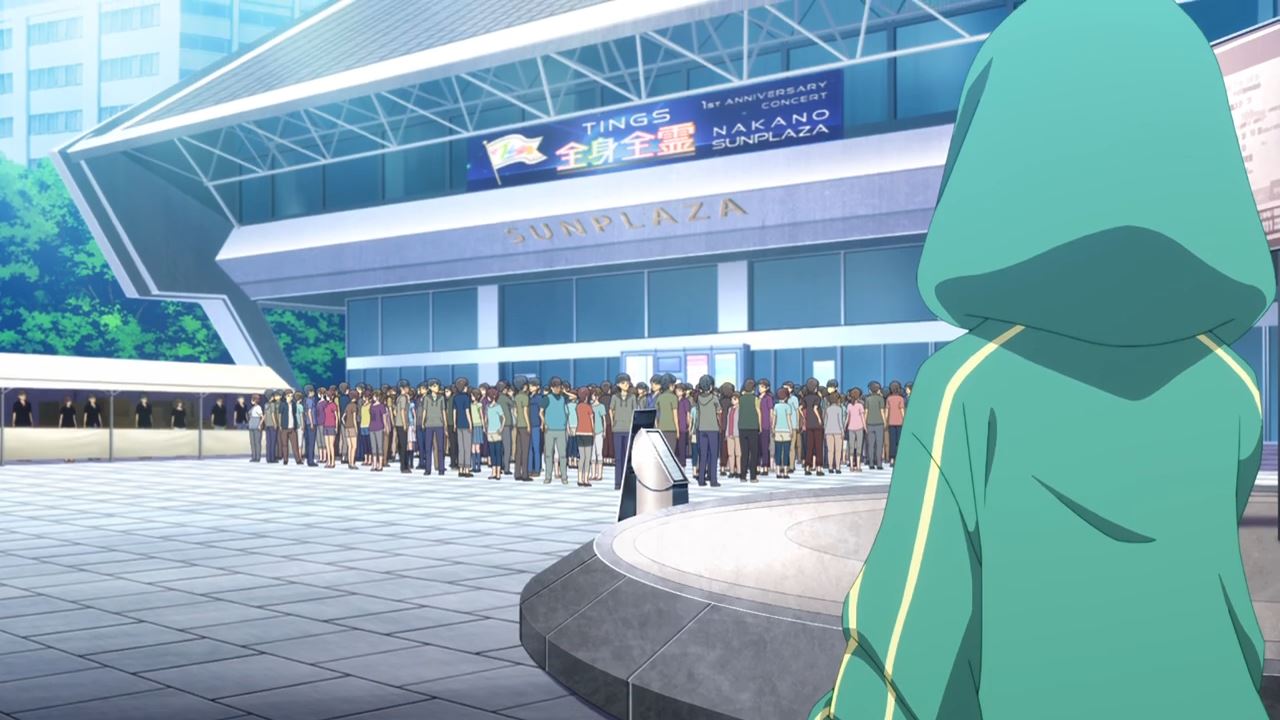 The day has finally arrived as TINGS will hold their 1st anniversary concert at the famous Nakano Sun Plaza. While the idol group is originally going to disband due to not being popular compared to HY-RAIN, Haru Nabatame and her fellow idols worked hard to overcome obstacles and gain supporters thanks to Naoki Hinase’s guidance.

They’ve really come a long way from being one of the bottom-tier idol groups to a rising star in the idol industry. Now, TINGS will have to convince everybody that they’ll take on heavy hitters such as HY-RAIN. 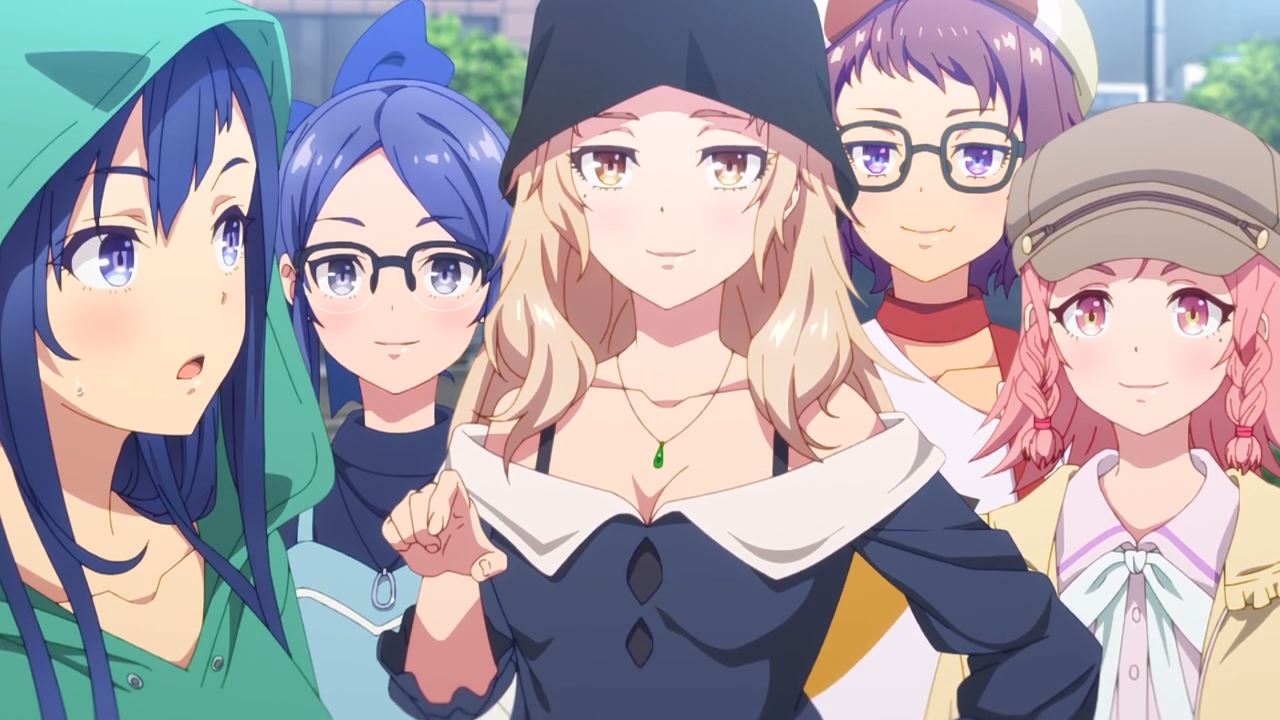 And speaking of HY-RAIN, Ren Kurogane and the rest are here to watch TINGS’ concert, although Ren Kurogane wants her best friend Haru Nabatame to return to her side. 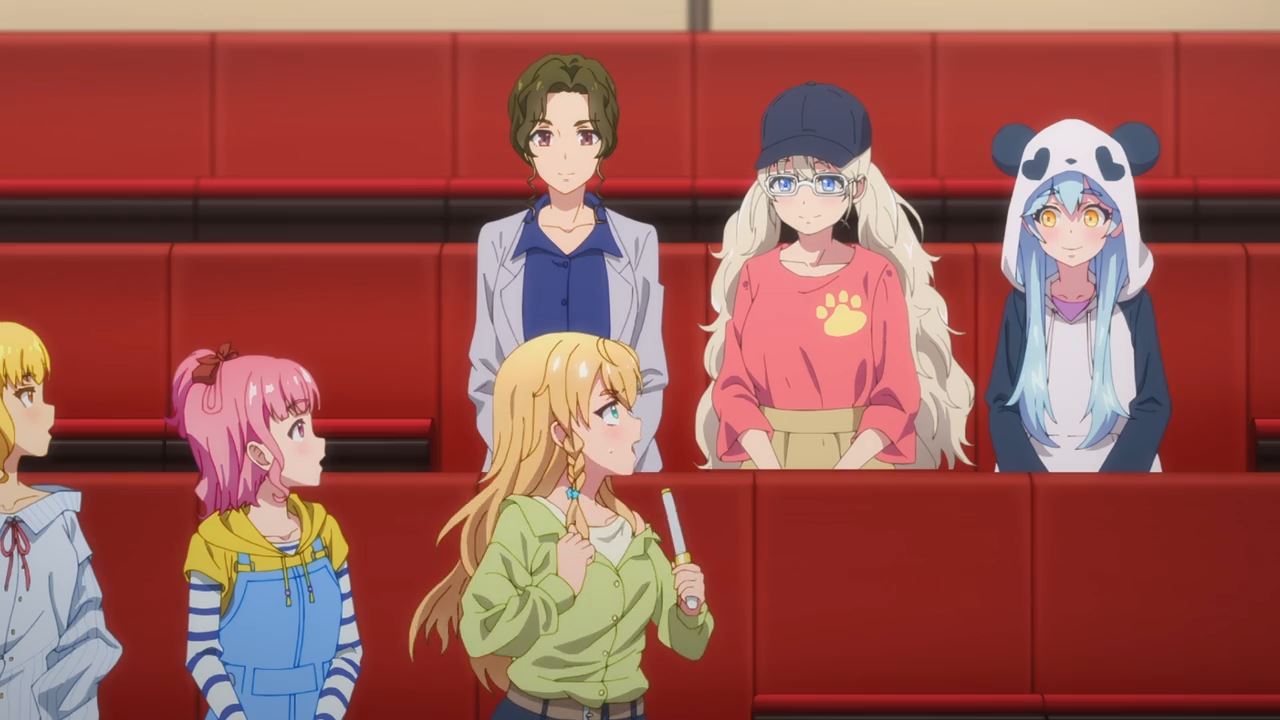 Meanwhile, looks like some familiar faces such as the YuraYura Sisters and Nanami Totsuka have arrived at the Nakano Sun Plaza to see TINGS’ brilliance on stage. C’mon, expectations are really high towards the rising stars! 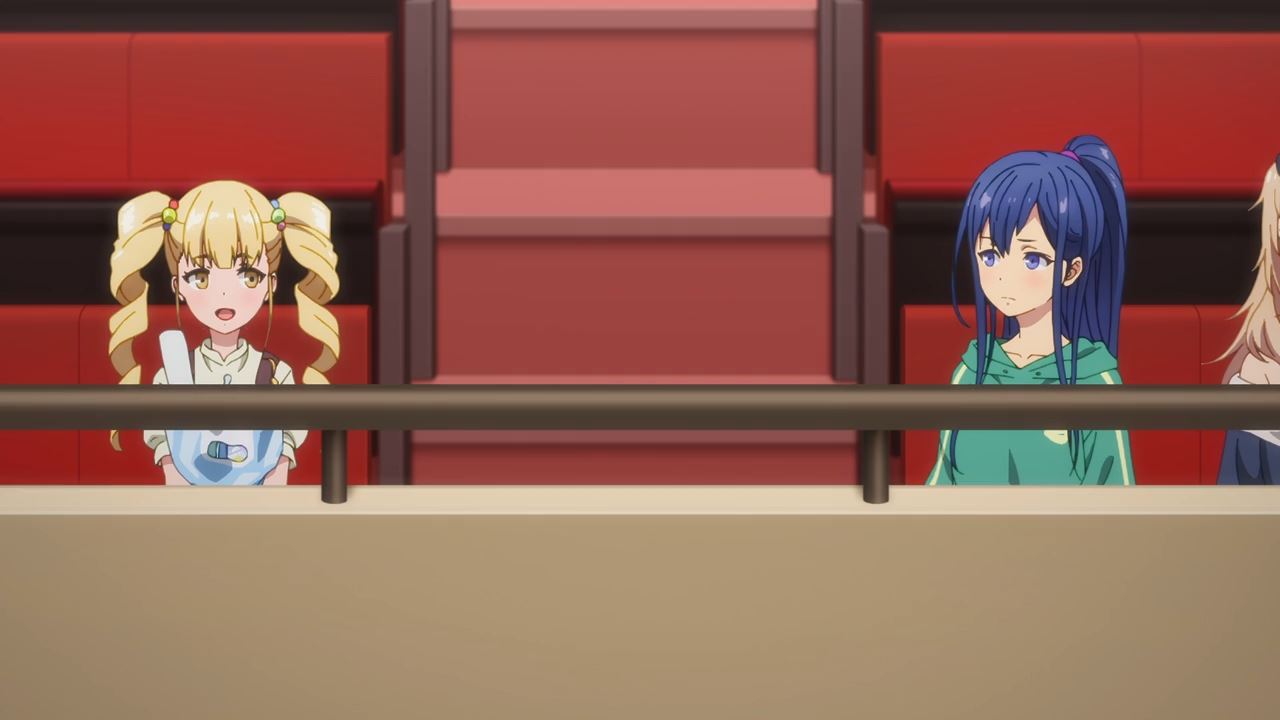 Of course, Homare knows that Ren wants to bring Haru back but c’mon, it might not work again given that Haru Nabatame caused some emotional damage towards Ren Kurogane and she’s not keen in hurting her childhood friend again. 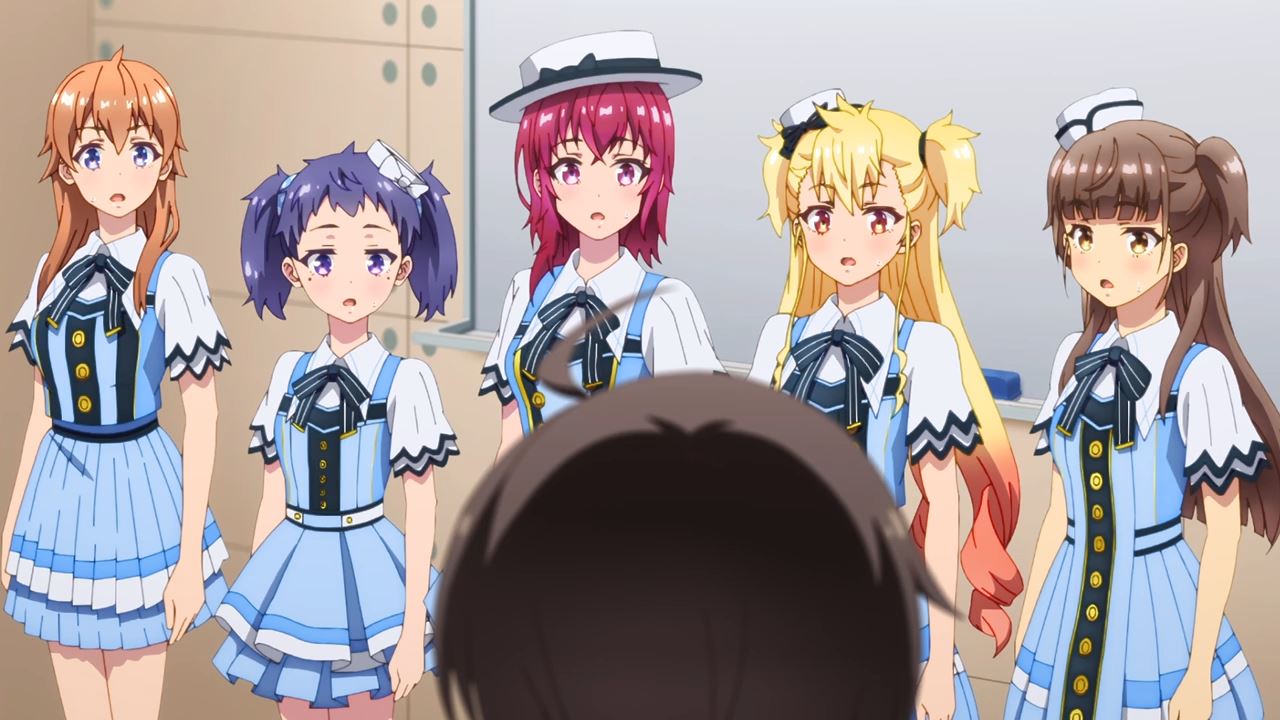 Now then, here’s TINGS where Yuuki Hinase delivers a pep talk to the idol group.

Do they need to put on their brave face? No, they just need to show their true selves in front of a large crowd. 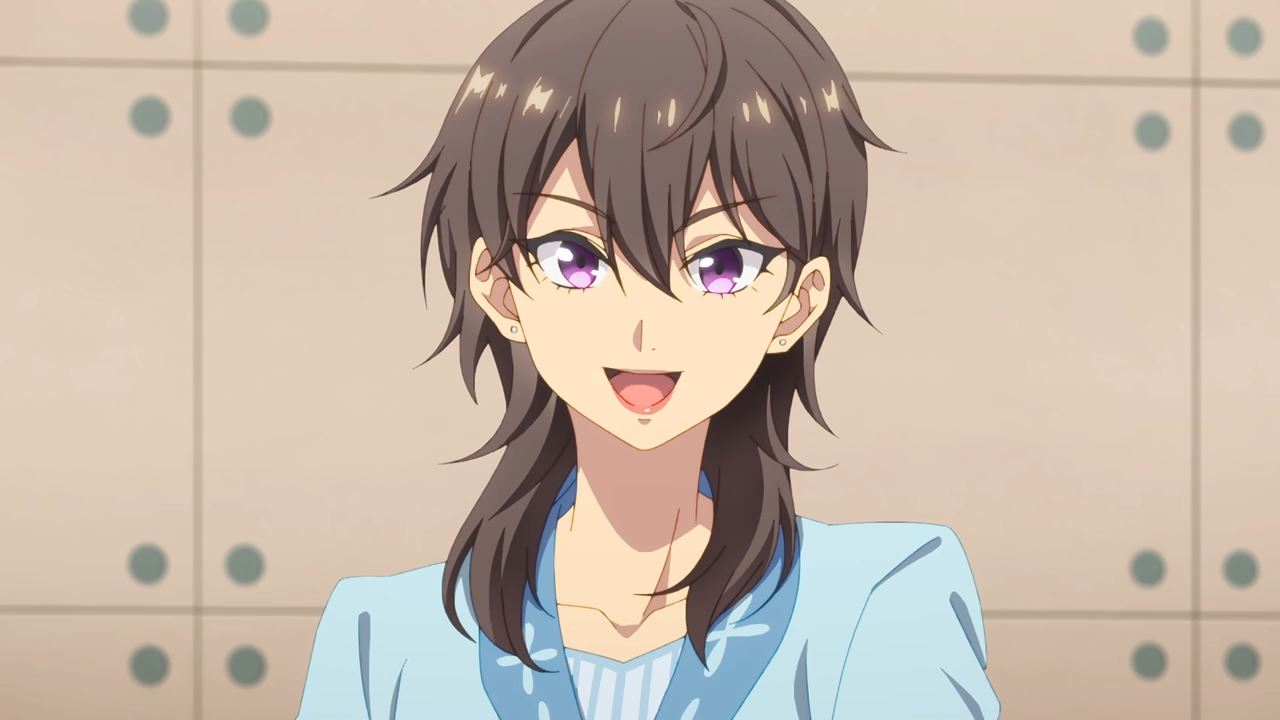 Regardless, Yuuki-san is grateful that she found some diamonds in the rough where Naoki Hinase polish them into amazing idols.

Of course, I’m disappointed that Naoki-san didn’t give details in helping Kyouka Tamaki’s woes. Anyways, let’s hope that Kyouka would overcome her own obstacles and shine even more during the concert. 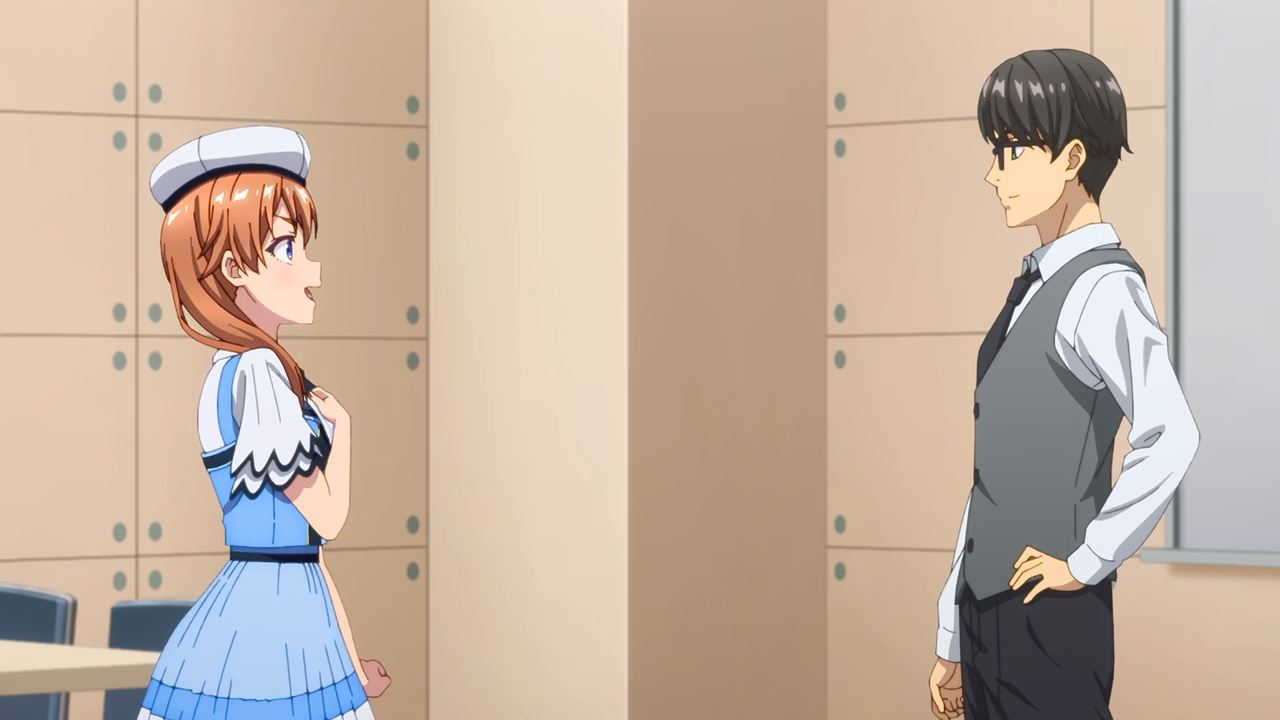 Meanwhile, here’s Haru Nabatame where she wants to tell something important to Naoki Hinase. Oh yeah, and this revelation from Haru is pretty mind-blowing to me. 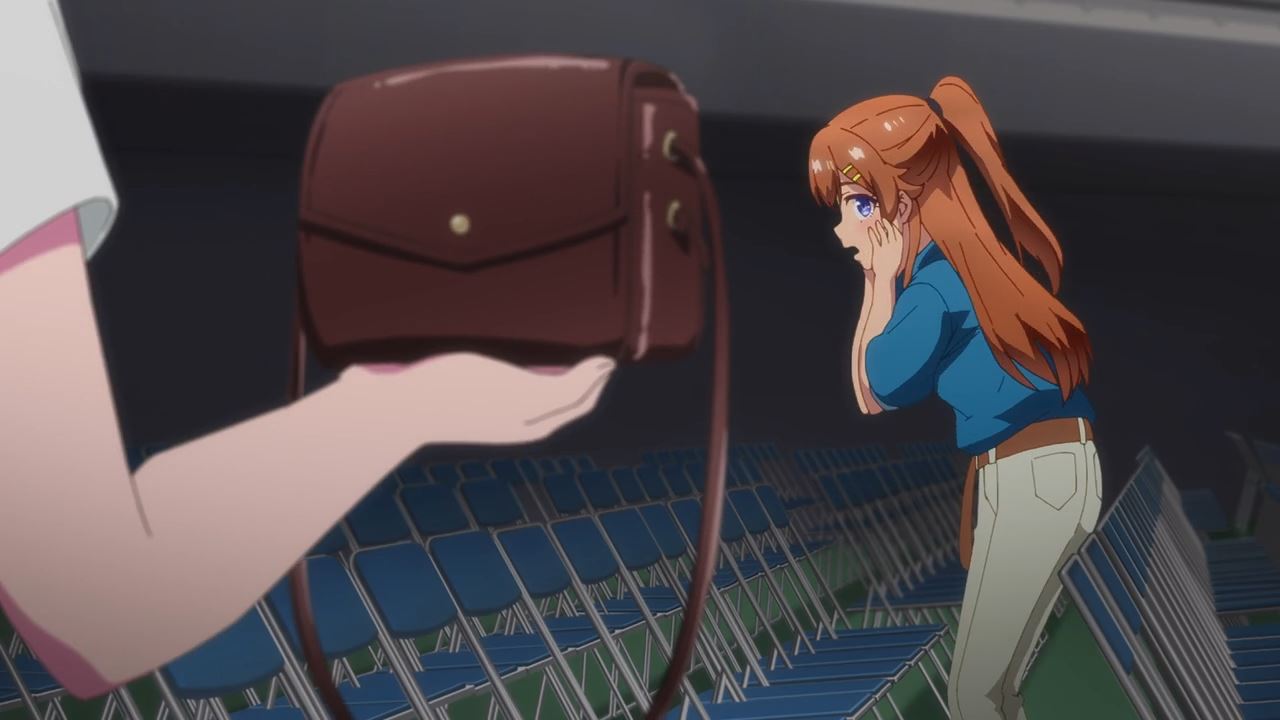 So after watching the legendary concert, Haru Nabatame is about to go home until she forgot her bag. So, Haru went back to Nippon Budokan to find her bag, only to encounter a very important person. 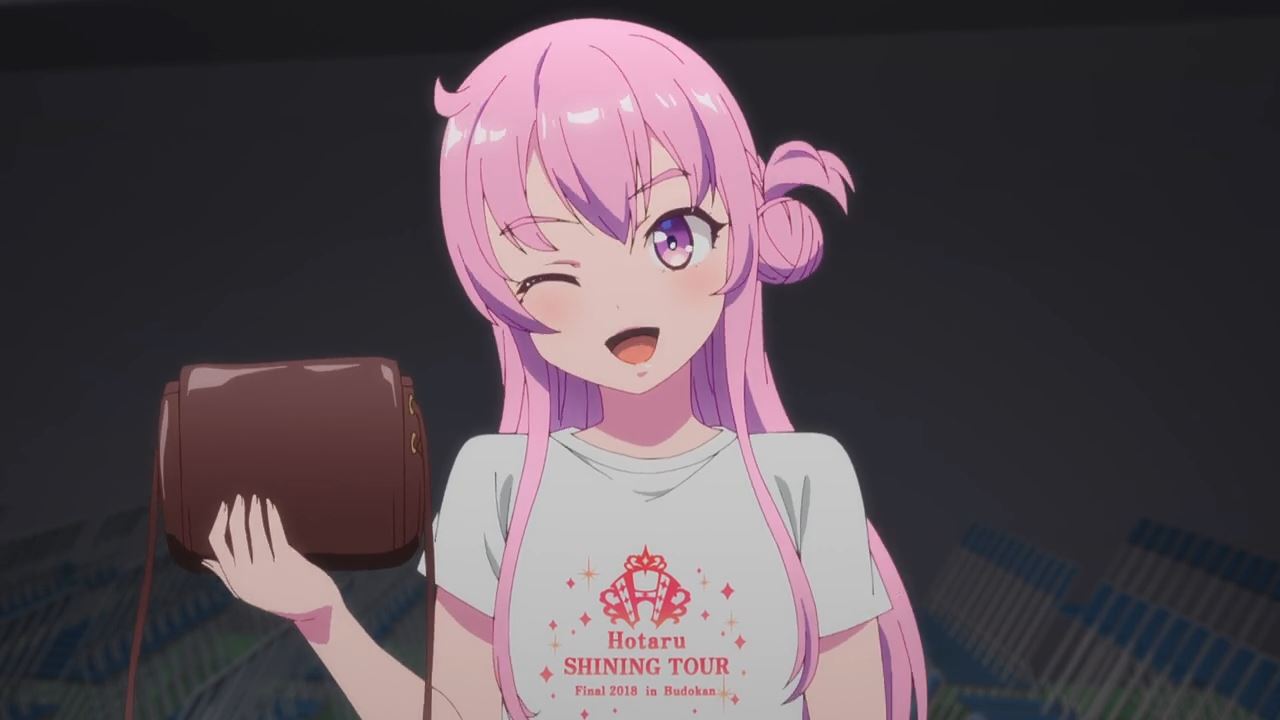 Said important person happened to be Hotaru where she’ll return the bag to Haru Nabatame. Also, she gave some inspiring speech to Haru as Hotaru knows that the young girl has a bright future ahead. 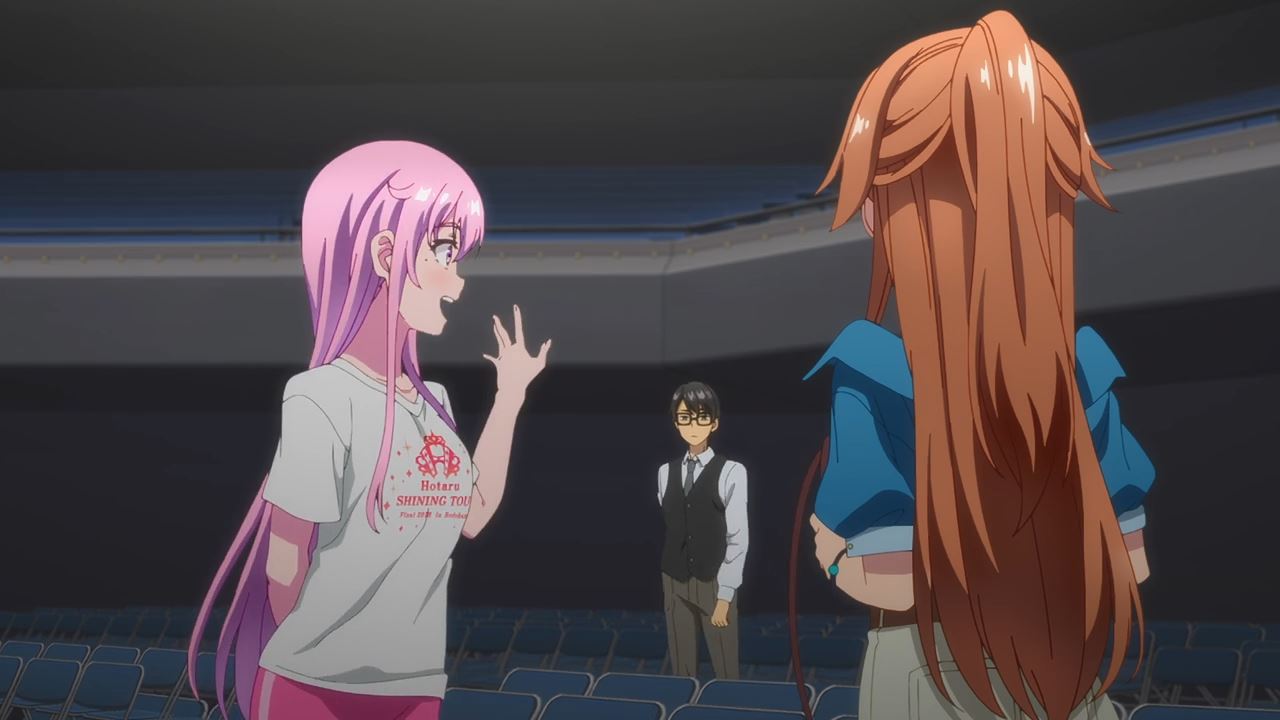 Oh and one more thing, it appears that Haru Nabatame saw Naoki Hinase back in the day where he’s actually Hotaru’s manager. Oh my god, they’re pretty much connected! 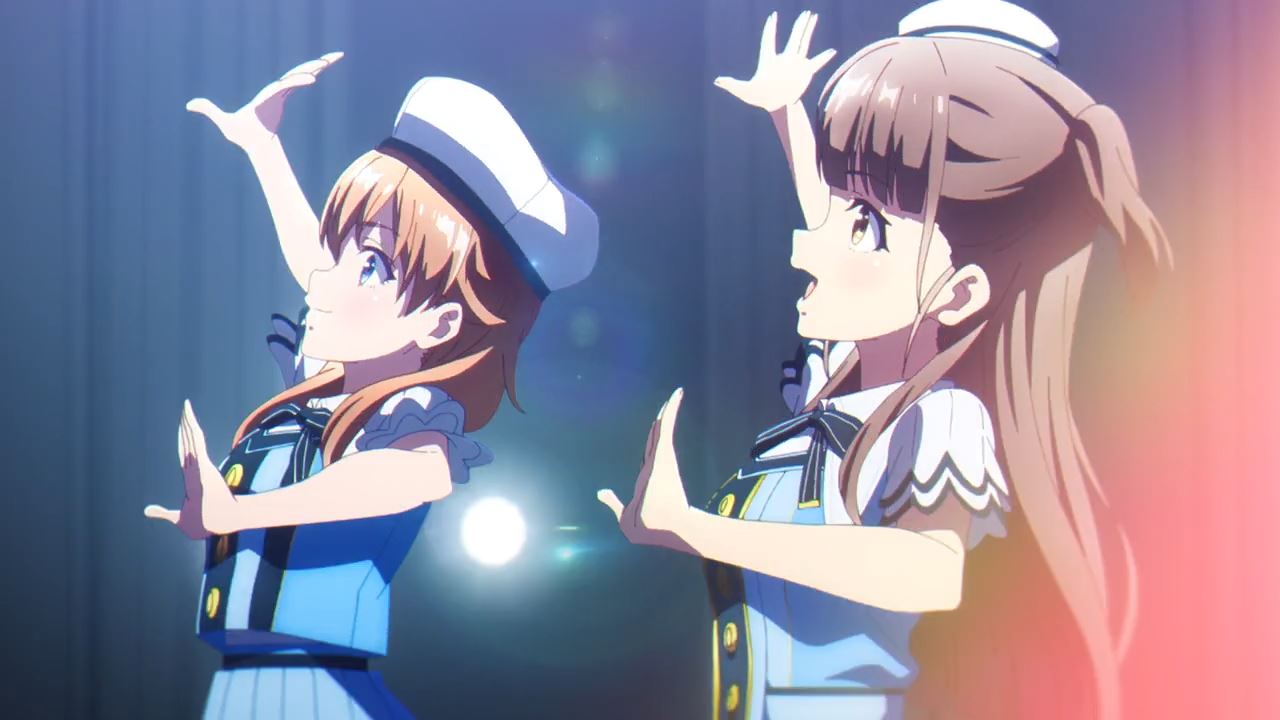 With that said, it’s time for TINGS to start their concert with a brand-new song titled “On Your Mark!!” where they pull all the stops to entertain the fans. 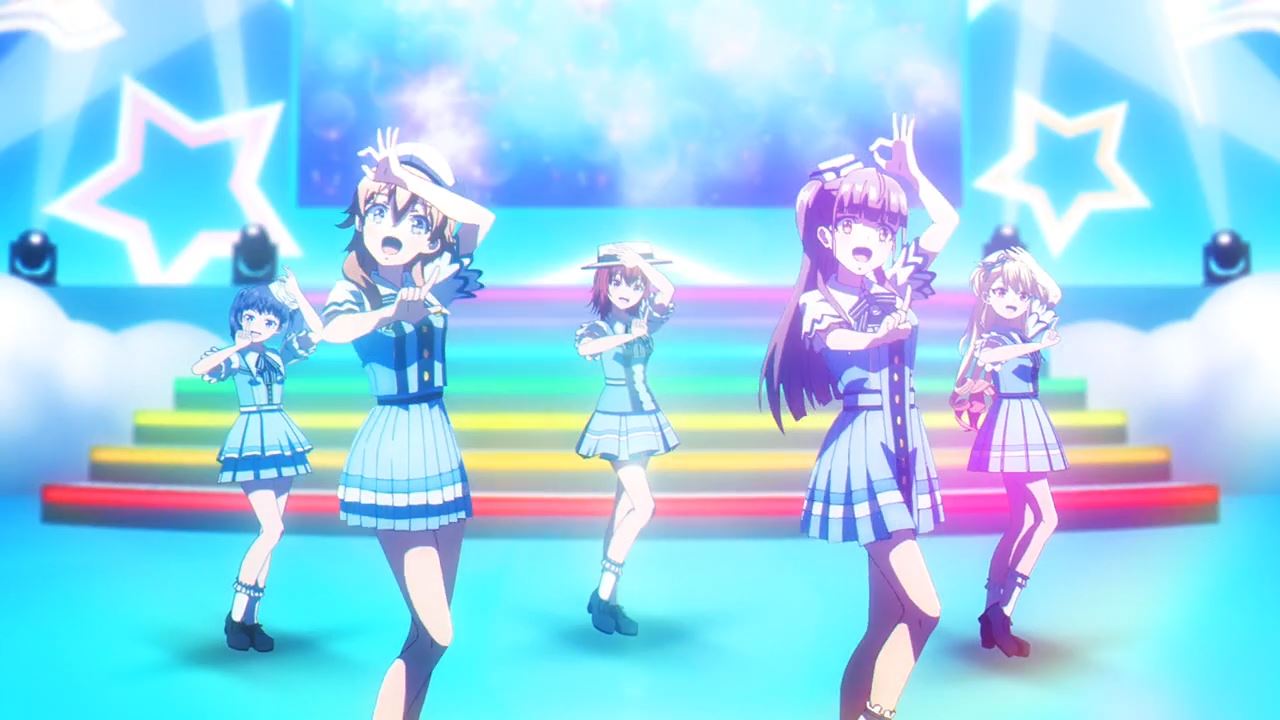 And while everyone is glued onto their favorite idols, I can’t believe that Naoki Hinase’s strategy worked on Kyouka Tamaki where she shows her stuff without lagging behind! 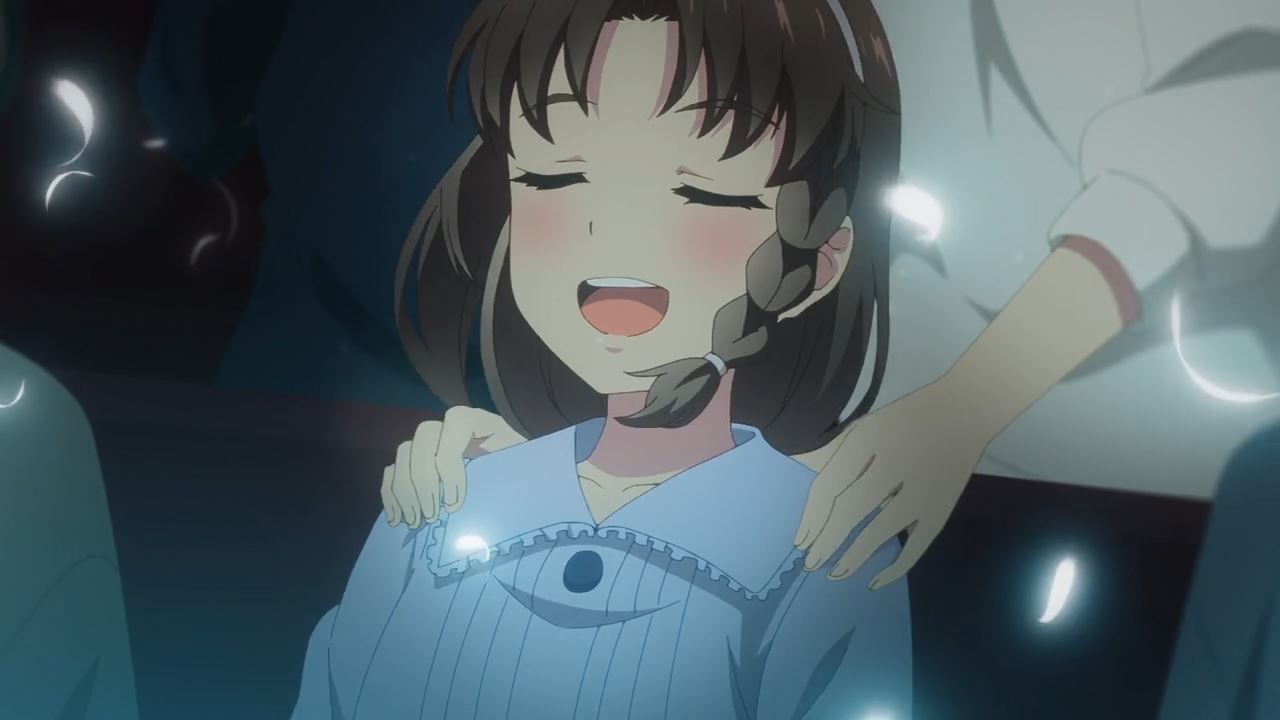 Even Tokka-san is thrilled that Kyouka Tamaki is shining today. I’m hoping that she’s okay ’cause I don’t want a casualty in this concert. 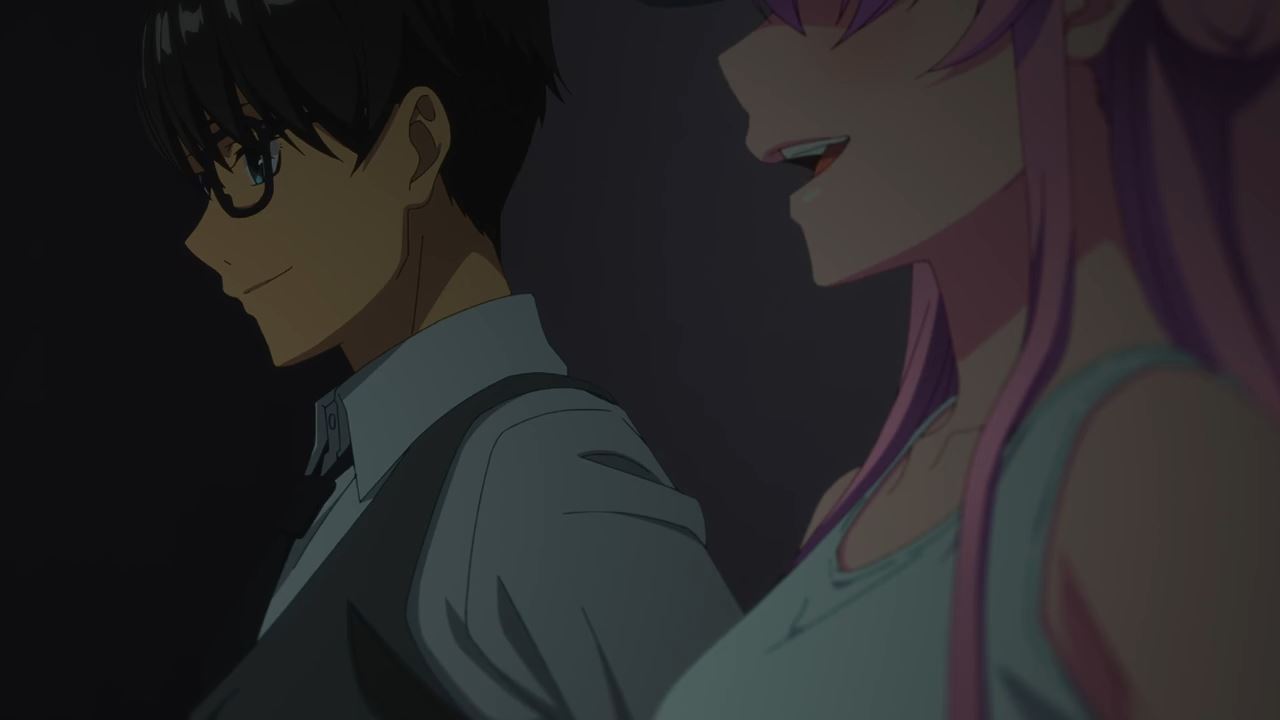 Meanwhile, here’s Naoki Hinase where the manager is proud that he managed to bring TINGS into the limelight.

On the other hand, looks like Naoki-san got a companion where it’s somewhat familiar… 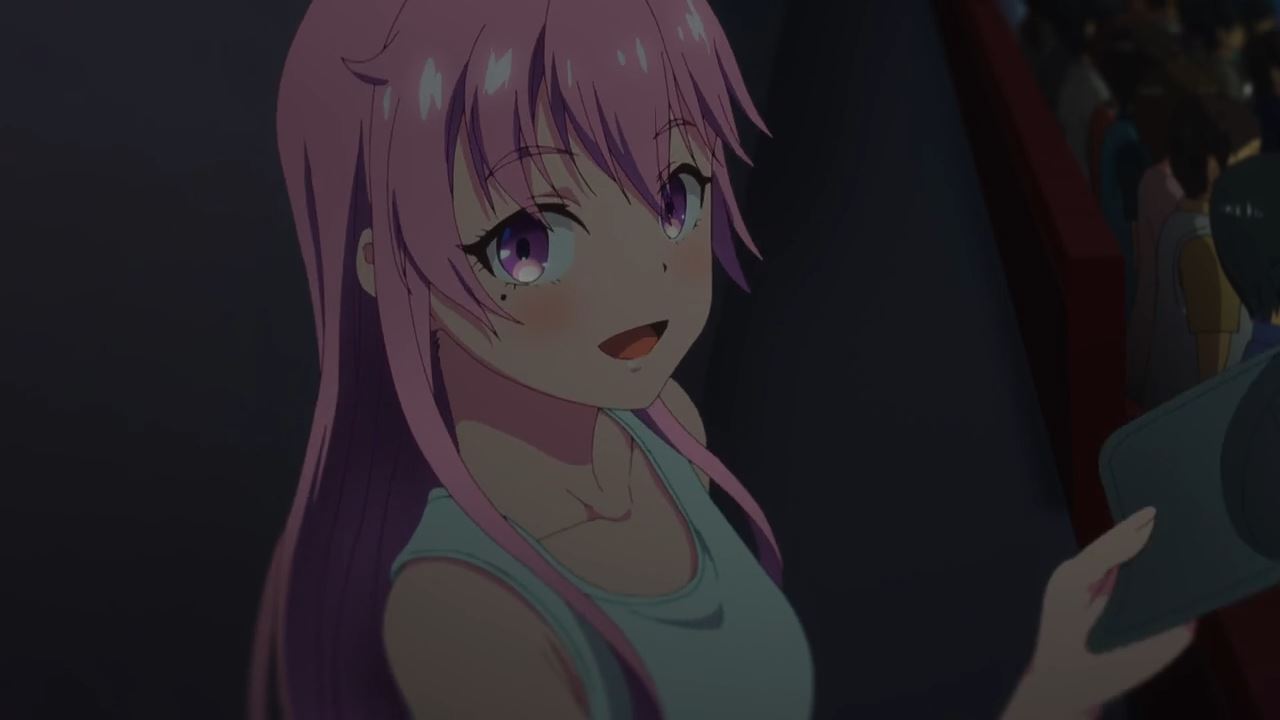 Turns out, it’s the legendary idol Hotaru where she’s impressed that Haru and her fellow idols managed to make their first step.

And get a load of this as Hotaru-san is actually the mysterious caller named Kei where she’s a bit selfish towards Naoki Hinase, telling him to commit seppuku if he didn’t give anything to her. It’s really surprising that Hotaru (or Kei) is quite different post idol career! 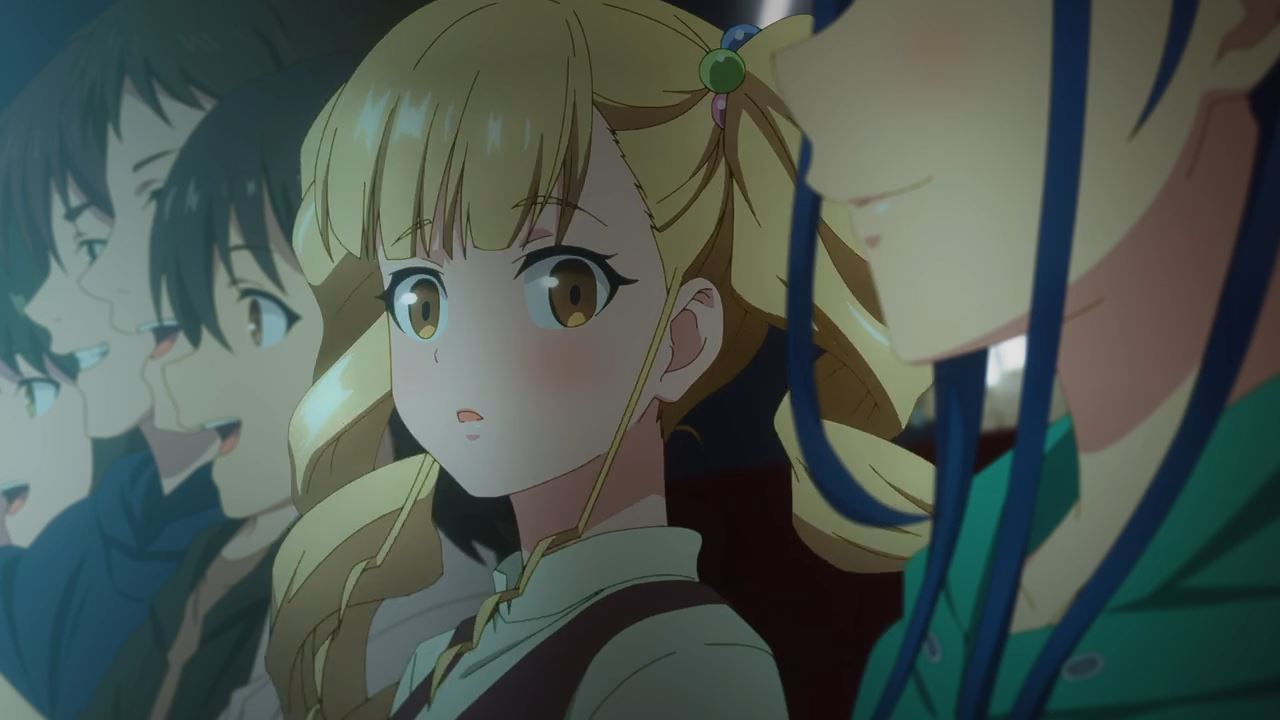 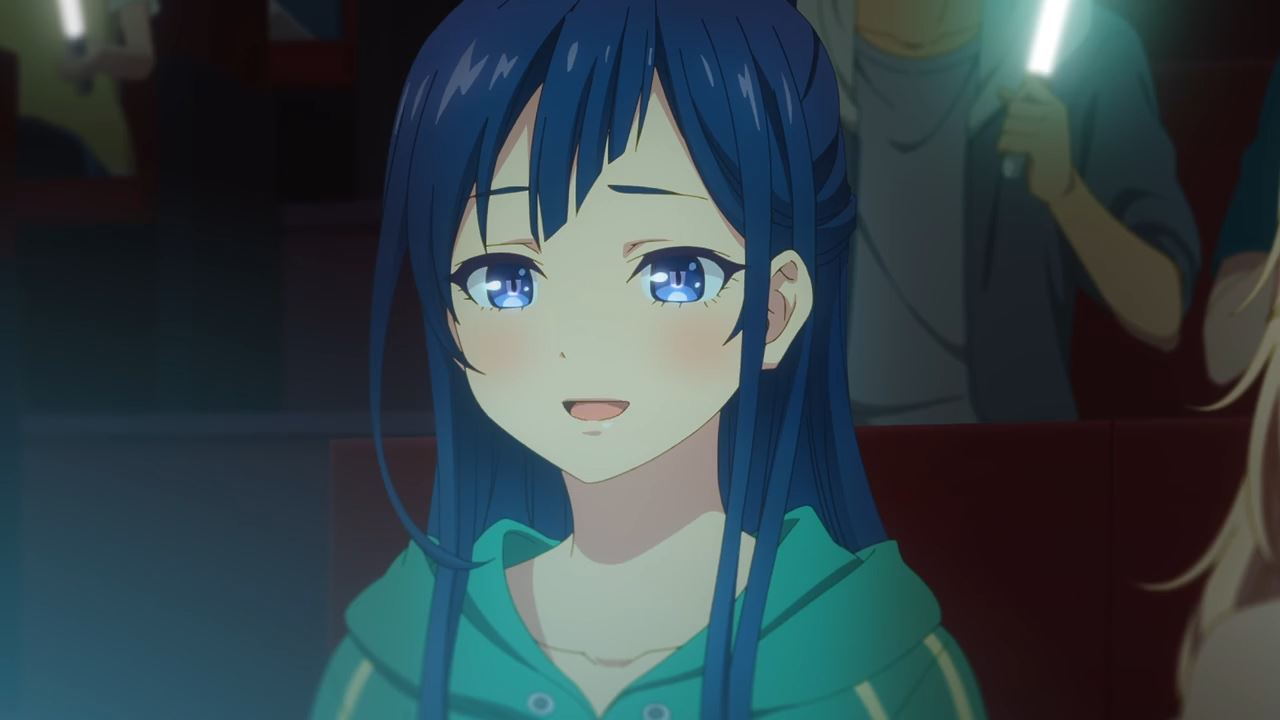 Finally, here’s Ren Kurogane where she’s finally convinced that Haru Nabatame doesn’t need to return to HY-RAIN as she really belongs to TINGS. Even Homare Torawatari is surprised by Ren’s revelation.

Glad that Ren Kurogane accepted that there’s no need for Haru to return to her old idol group, and it’s better this way as I don’t want to see another tragedy when Ren and the rest of HY-RAIN got upstaged by Haru. So yeah, Haru Nabatame really belonged to TINGS where she doesn’t need to be shunned by her own teammates. 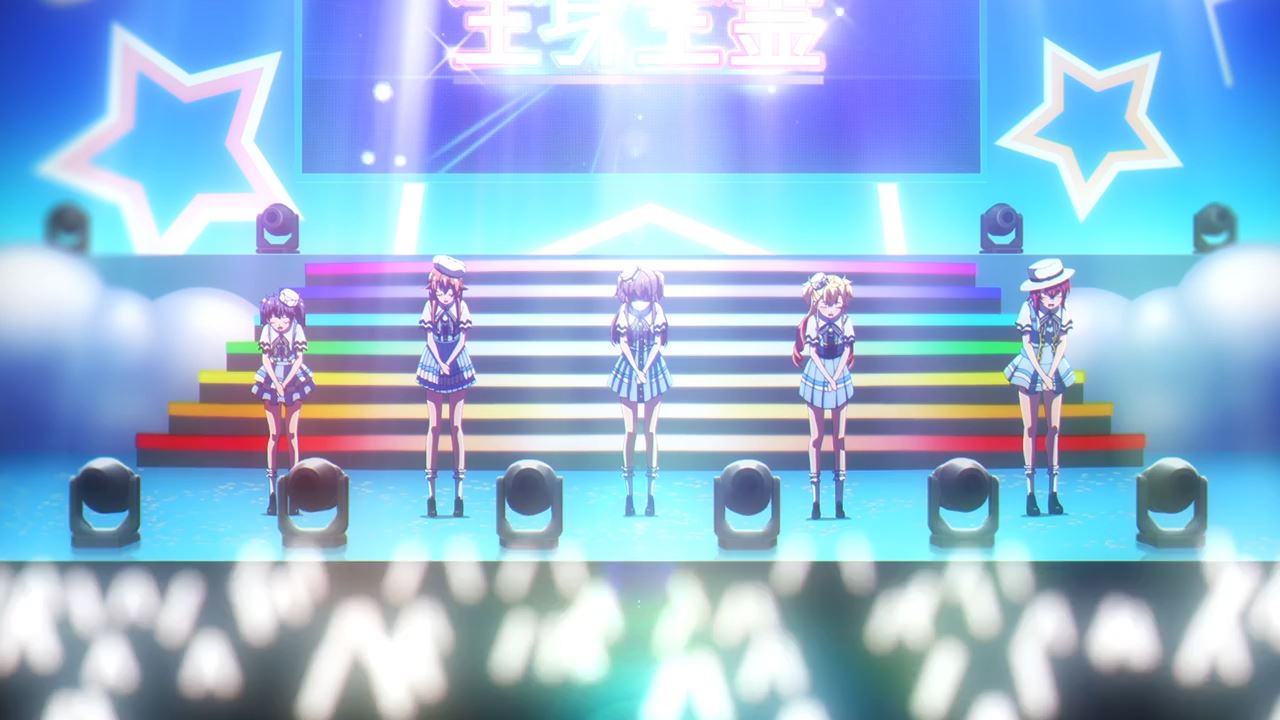 Anyways, TINGS’ 1st anniversary concert at Nakano Sun Plaza was a smashing success where everyone is really happy to see the birth of a new legend.

I’m glad that Brightest Production pulled all the stops in making them a successful idol group rather than being disbanded due to low popularity. 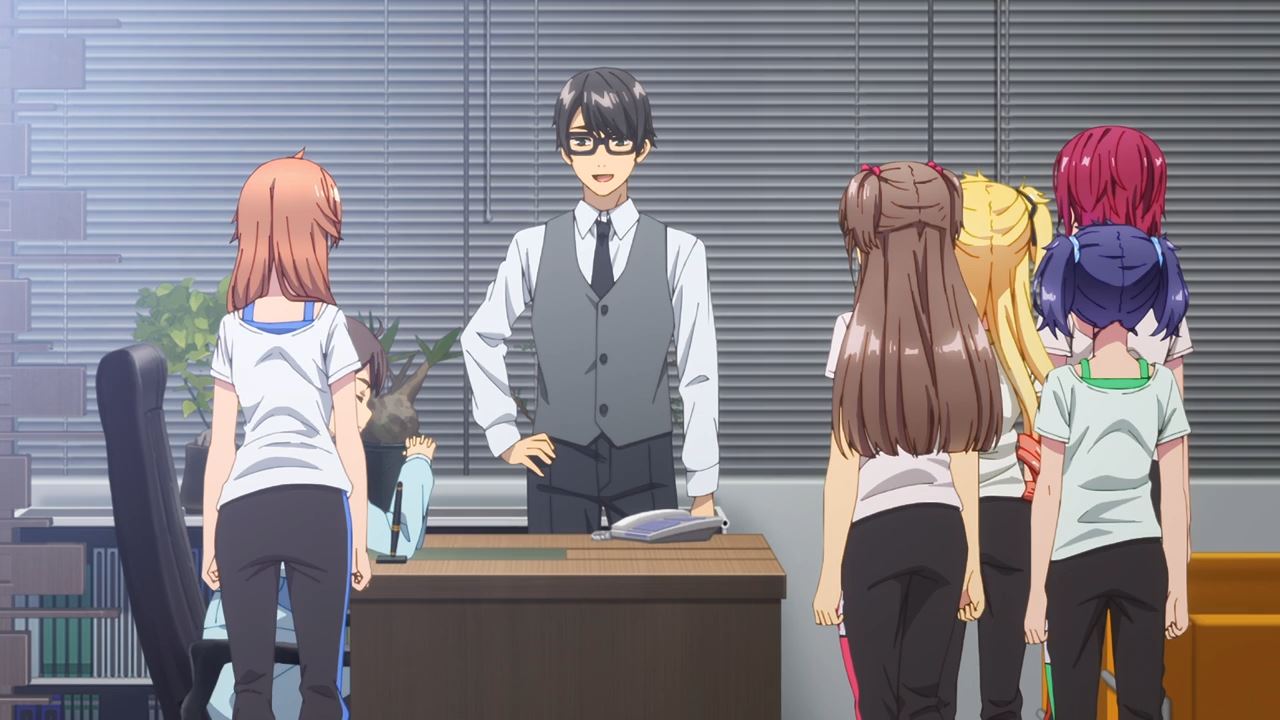 Of course, there’s still more from TINGS where it looks like HY-RAIN wants to challenge them to see if the newcomers can topple them in a showdown.

Oh boy, I hope that Haru Nabatame and the rest can show HY-RAIN that they’re ready to take them on! Then again, that’ll be saved for a future season which will not happen in the near future. 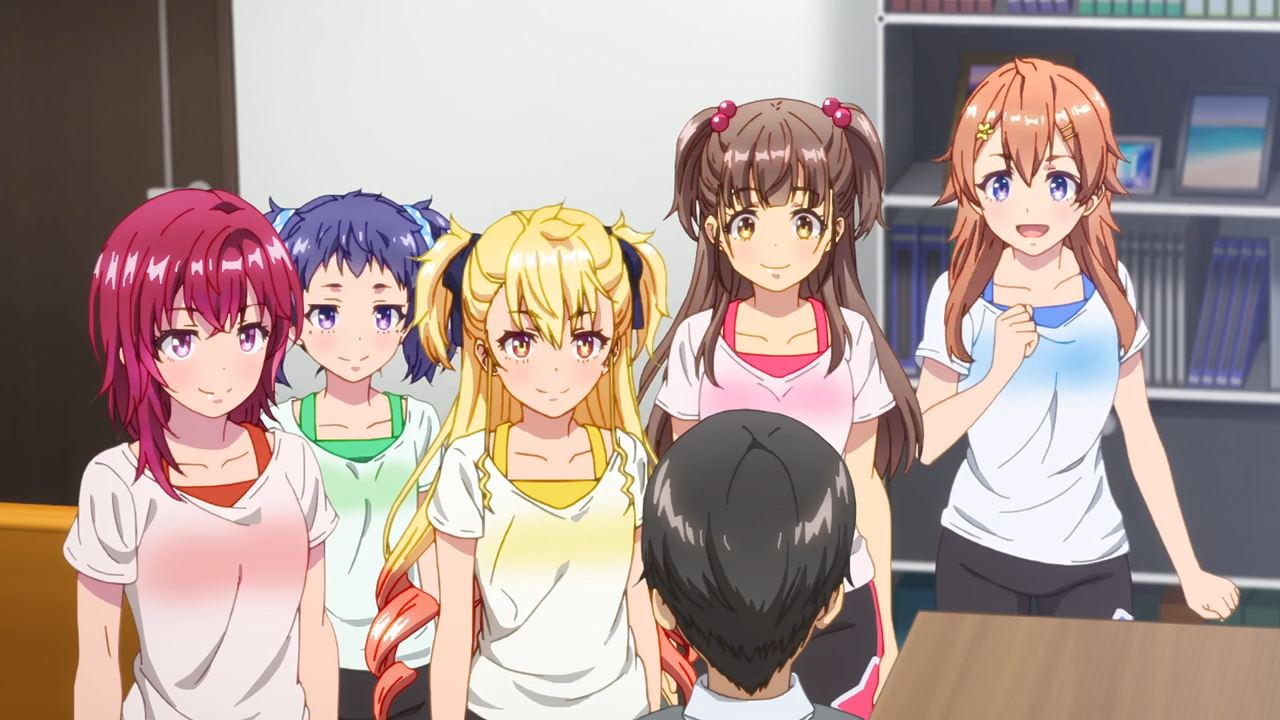 Anyways, I have to say that Shine Post is quite enjoyable where despite being centered around idols, it has an engaging story where a bottom-tier idol group rise up to the top by overcoming obstacles and personal demons. Not only that, but there are some interesting twists along the way where the main character Haru Nabatame has connections with her former idol group and the manager Naoki Hinase.

One more thing, the music is decent but I have to say that they’re not as memorable. While the real-life version of TINGS will hold their first live concert next year, I wish them good luck in promoting their idol music (and possibly announcing another season). I mean, they’re closely parallel with their anime counterpart.

But that’s my thoughts on Shine Post where even though it has songs that are almost-forgettable, I’m really hooked with the story where 5 girls from Brightest Production overcome odds and trauma to become rising stars in the idol industry.