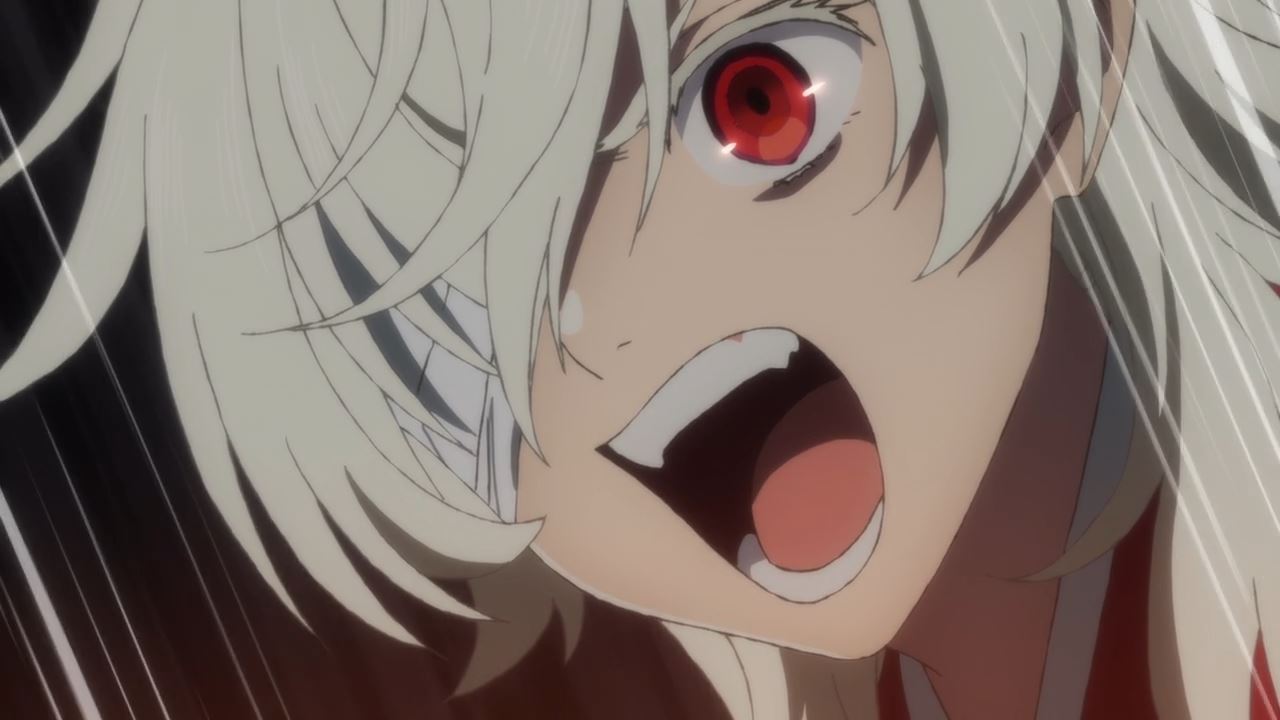 Well everyone, things are getting desperate for Haine and her children as Ushio Kofune has been revived. So, the only thing they can do is to stop Shinpei Ajiro for shooting himself to trigger the next time loop. 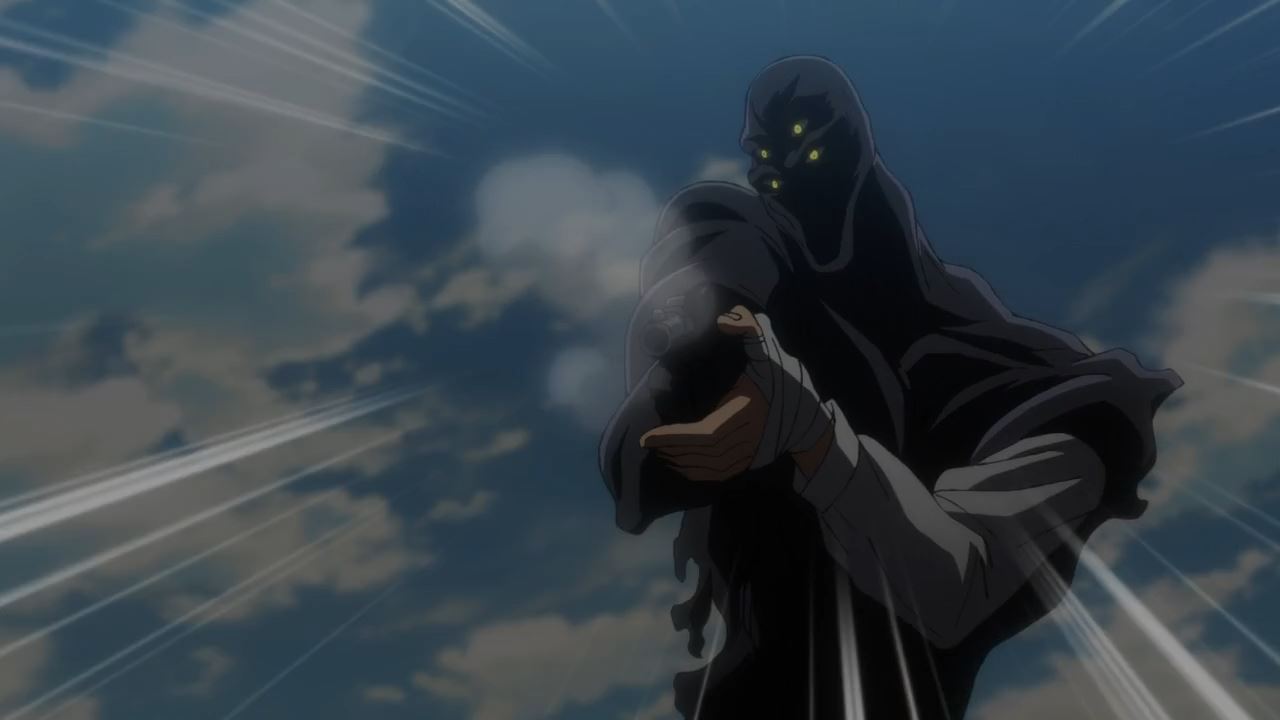 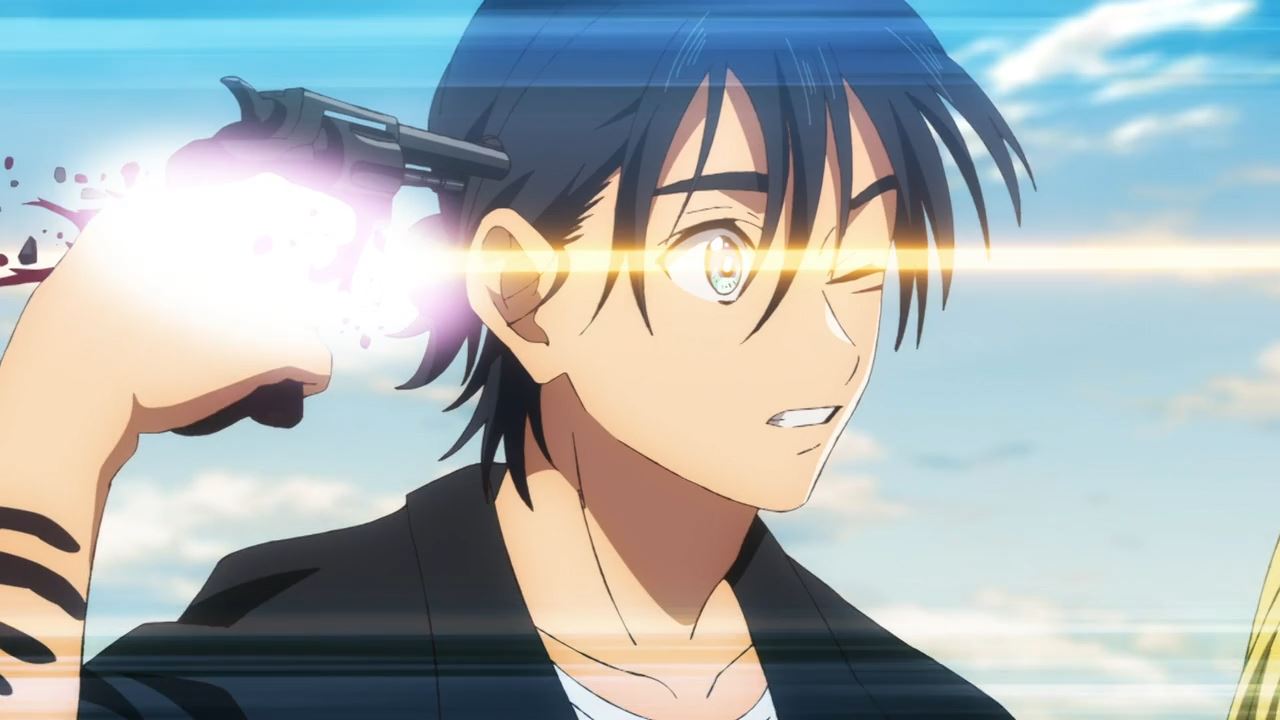 Anyways, it’s time for Shide to stop Shinpei by shooting his right hand. Sadly for the four-armed shadow, it appears that Shinpei doesn’t faze him from shooting himself to the head.

With that said, let’s move onto the 10th and possibly final loop of this story where Shinpei Ajiro, Ushio Kofune, and their allies will stop the shadows from achieving their goals. 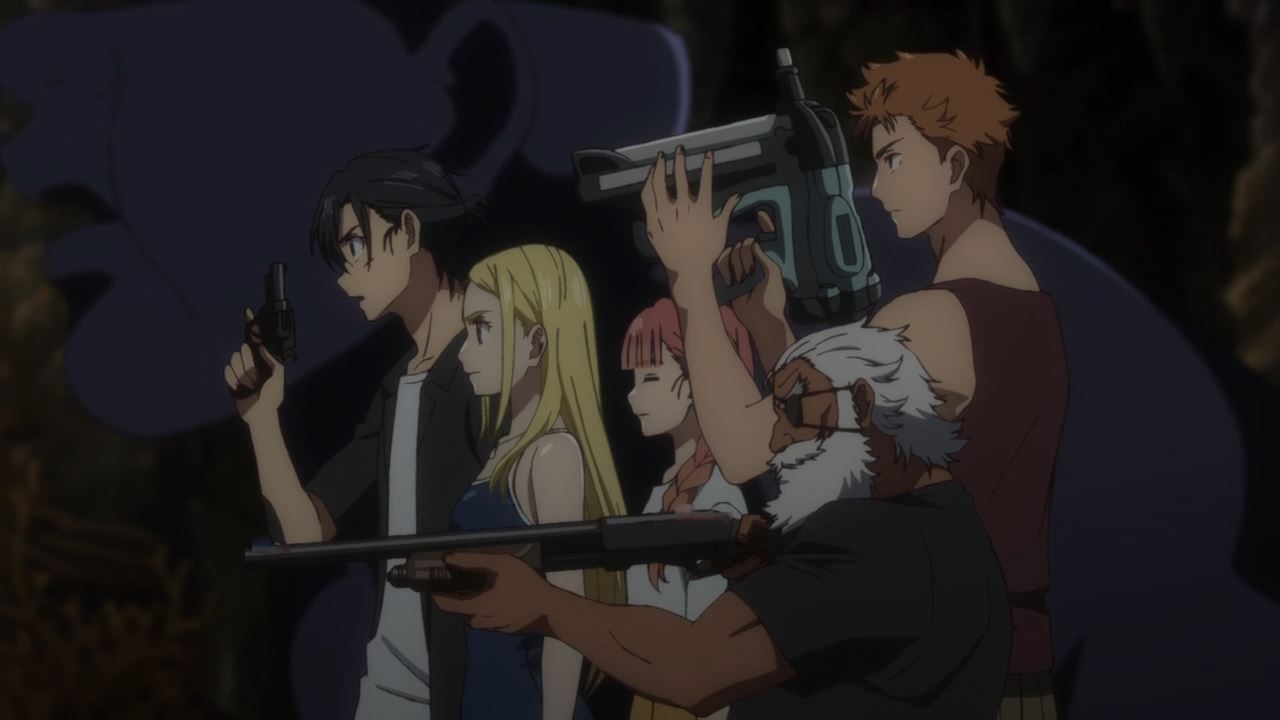 And speaking of Shinpei, he and his friends have finally arrived at Hiruko Cave where they’ll find Haine’s real body and destroy it. Let’s hope that Haine or even Shide won’t notice them. 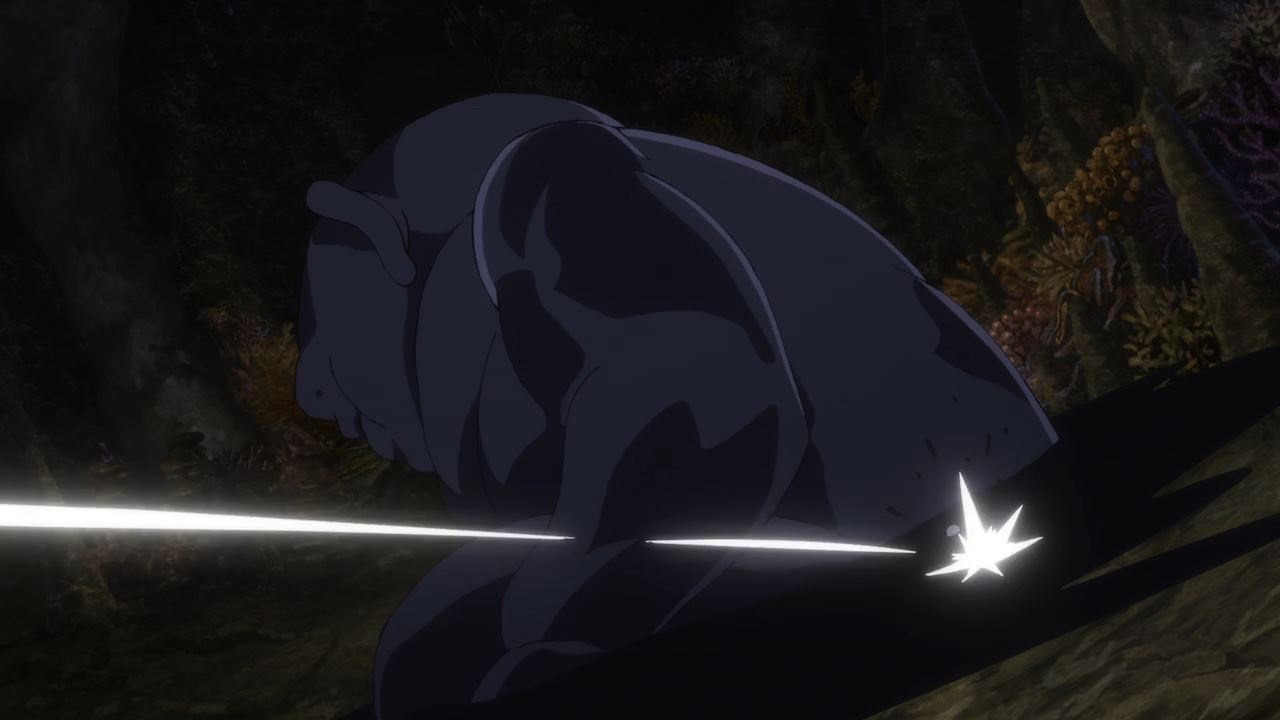 Oh wait, Haine already noticed their presence as she pinned Guildenstern to the ground. I guess they’ll have to ditch Tokiko’s giant baby shadow behind. 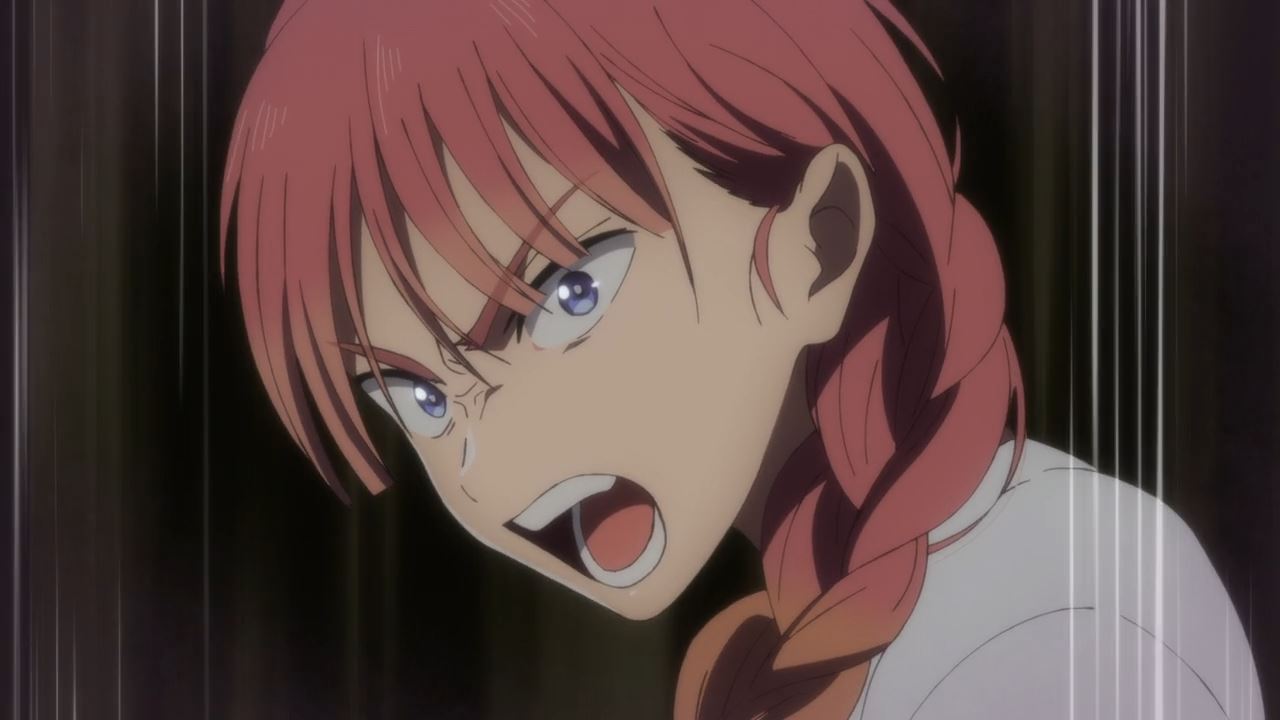 On second thought, Tokiko decides to hold the line as she and Guildenstern will deal with those small fries. 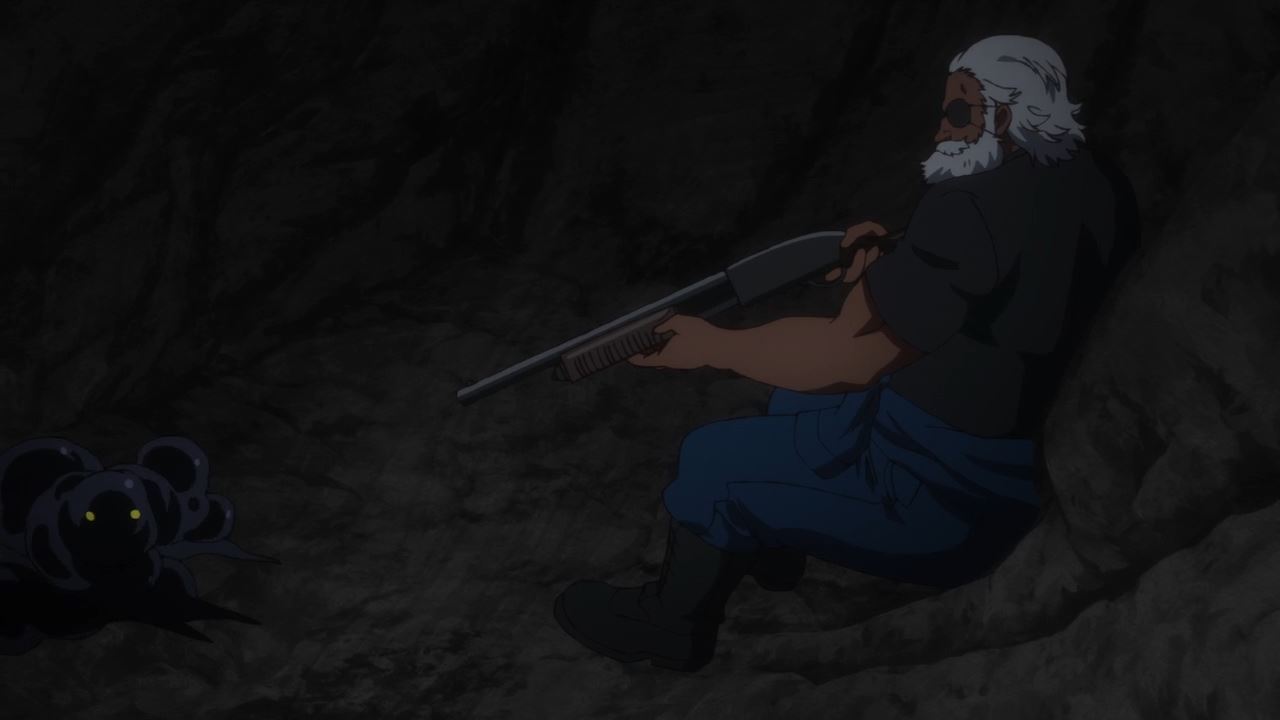 Same goes with Ginjirou Nezu where he’ll hold the line. I’m hoping that both Tokiko and Ginjirou-san survived once they defeated Haine. 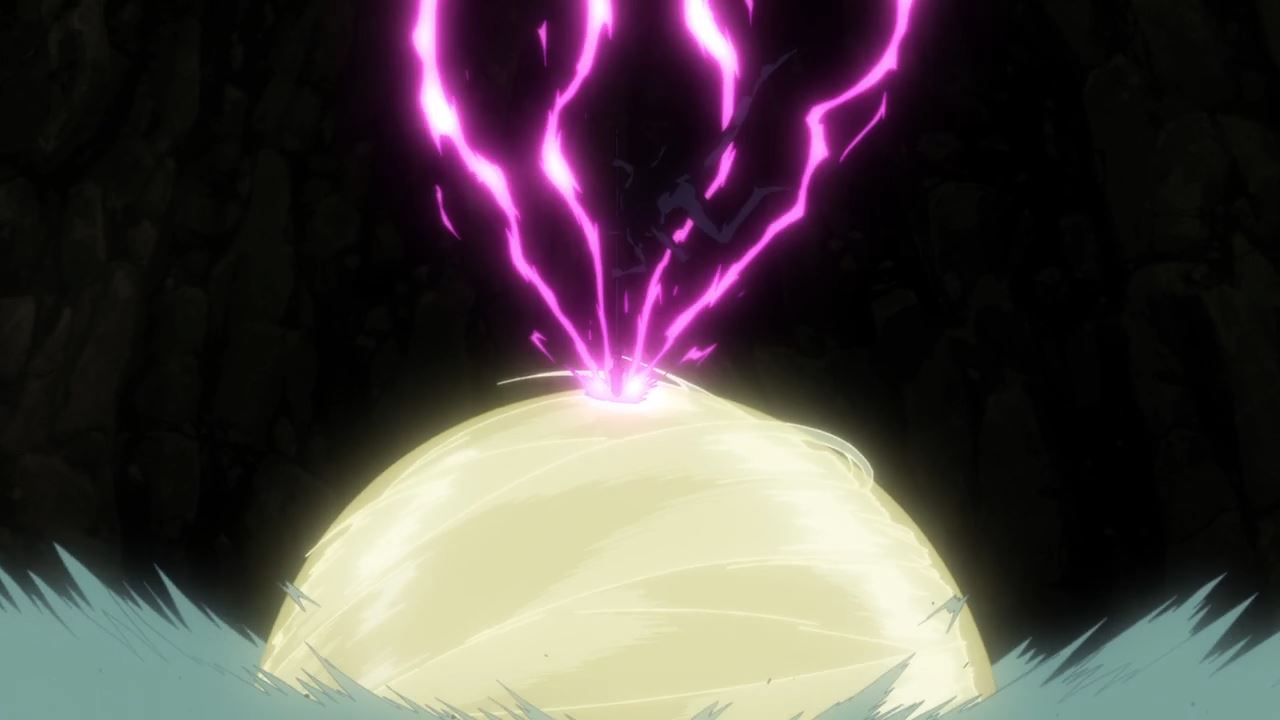 Unfortunately, Shide has arrived where the four-armed shadow is gonna kill everybody, especially Ushio Kofune where she’s the biggest threat to Haine’s plans.

Speaking of Ushio, it’s amazing to see her prehensile hair to defend herself from Shide’s spear. 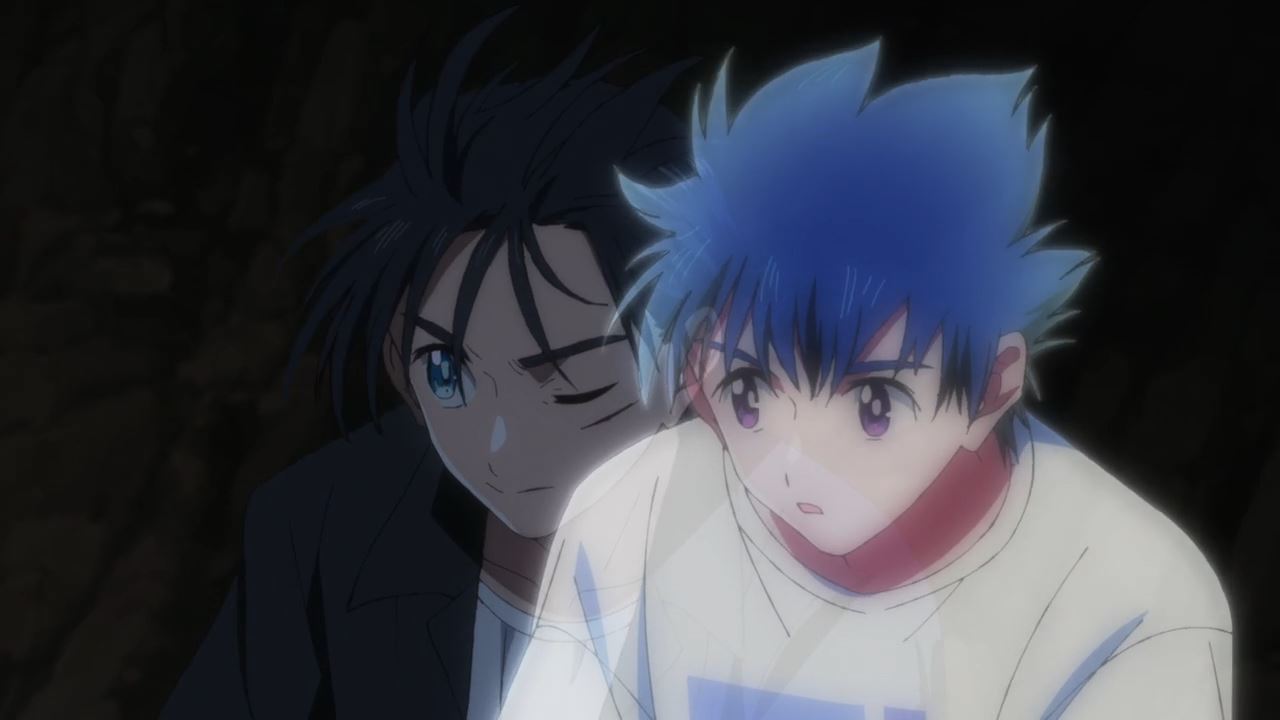 Now then, here’s Shinpei Ajiro where he has Ryuunosuke Minakata on his side, meaning that Shinpei can anticipate the future within the two second timeframe.

Of course, Haine knows Ryuunosuke’s ability as Shinpei can’t deliver the final blow against the mother of all shadows. Well then, looks like someone will have to stop Haine in her tracks. 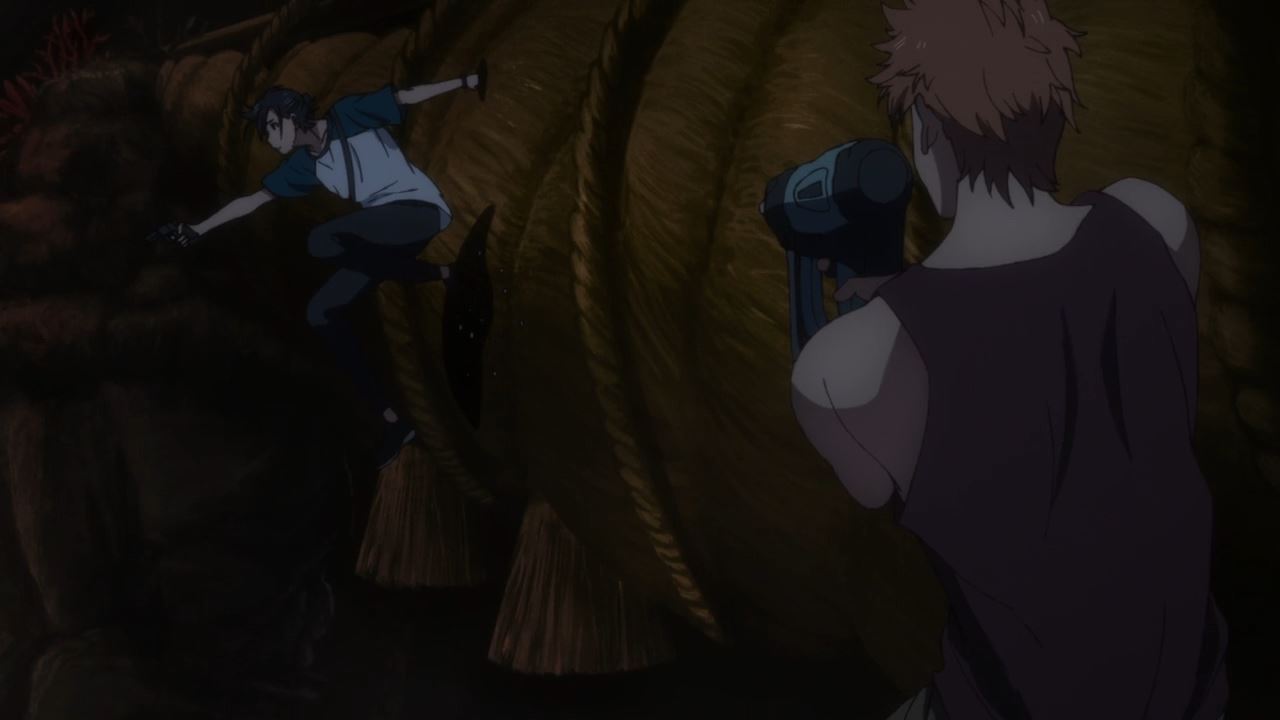 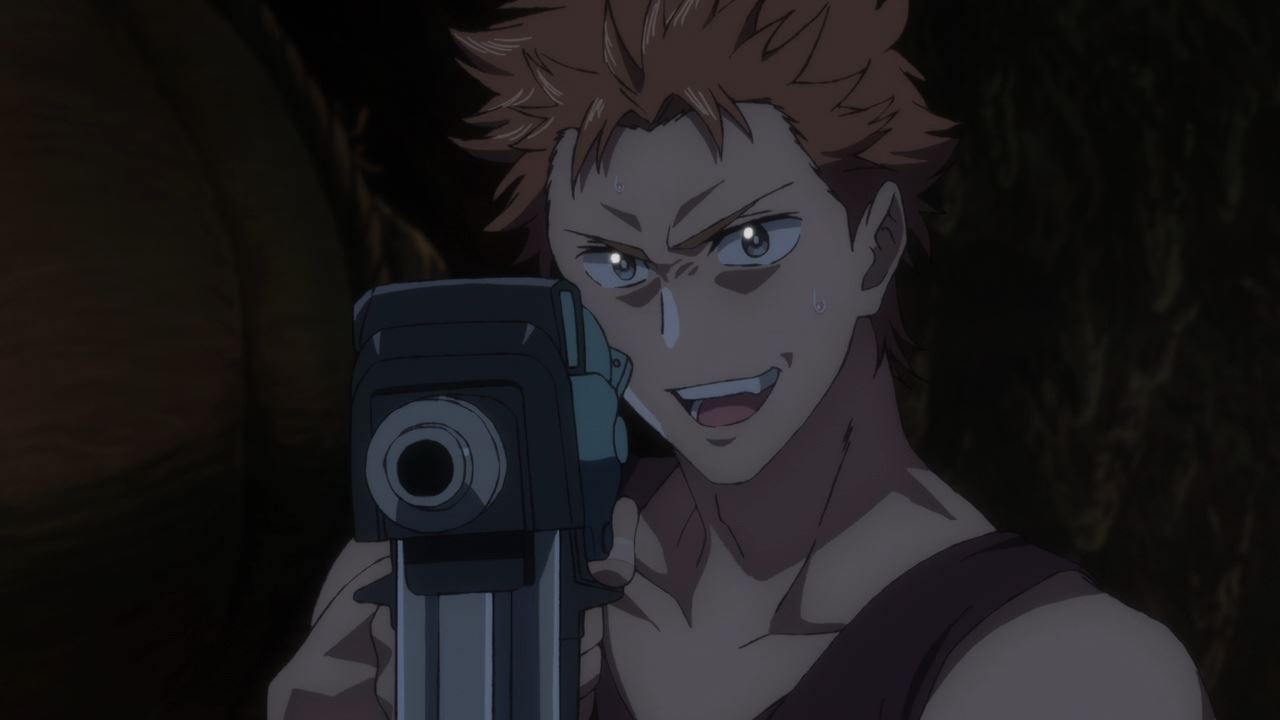 Luckily, there’s Sou Hishigata where he just sneak in and fire his nail gun at Haine’s weak-point. Great work there, Sou-kun! 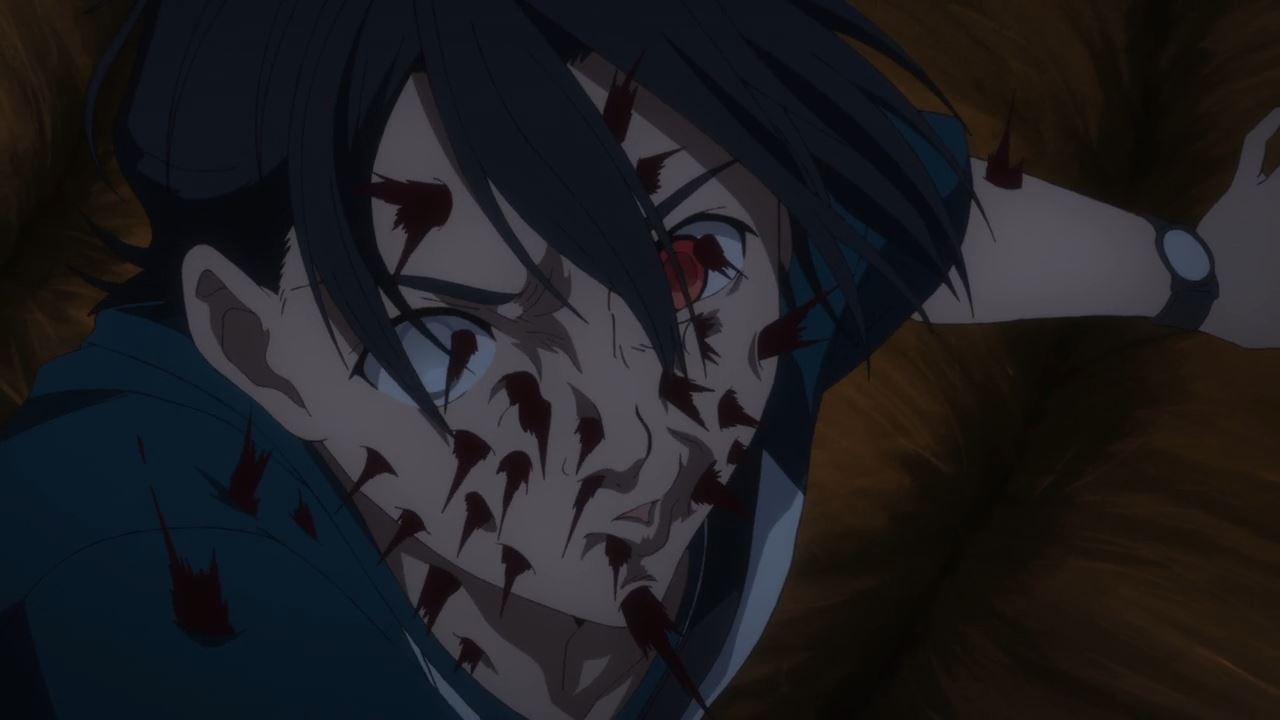 Thanks to Sou’s sneak attack, Haine couldn’t move as her face got distorted. Ugh, it’s like she got plastered with a bunch of nails. 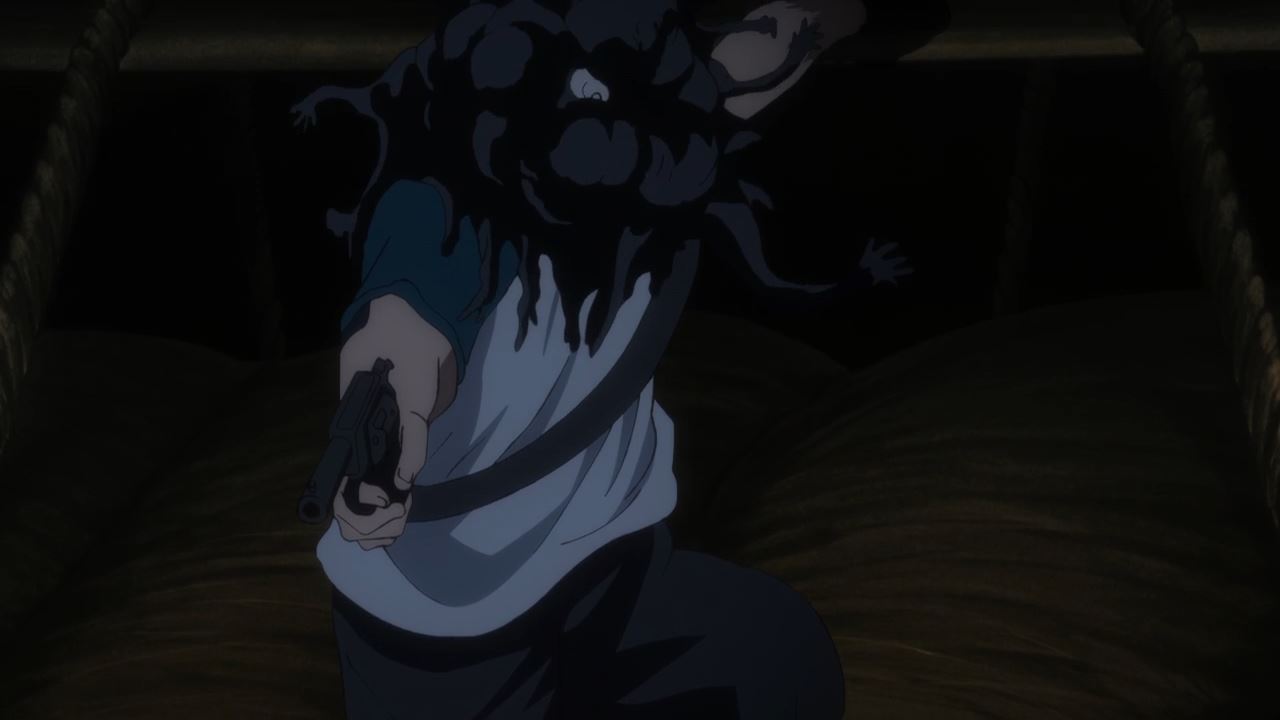 Oh, and there’s more nightmare fuel where a large blob comes out of Haine’s duplicate body.

At this point, Haine can no longer assist Shide as the four-armed shadow will have to fight his enemies on his own. 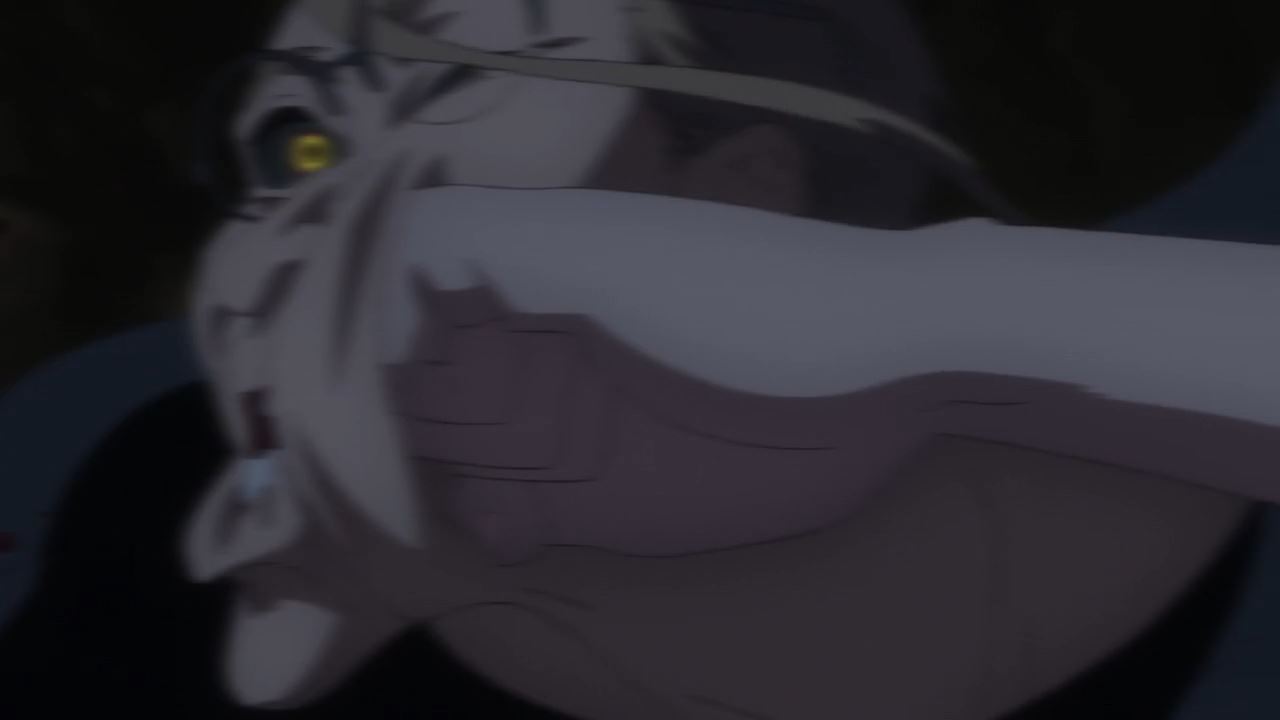 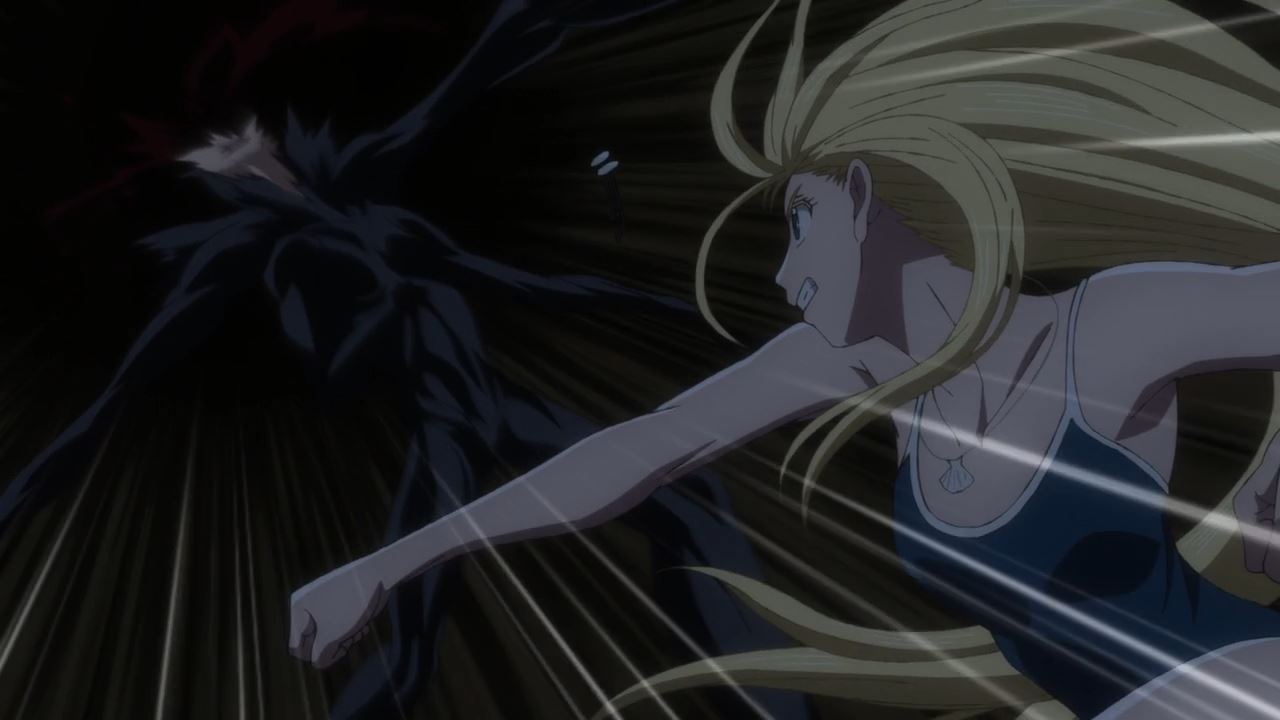 But speaking of Shide, he received a nasty punch from Ushio Kofune as payback in the previous loop. Of course, Ushio is not gonna beat the shit out of Shide as she’s aiming to stop Haine once and for all. 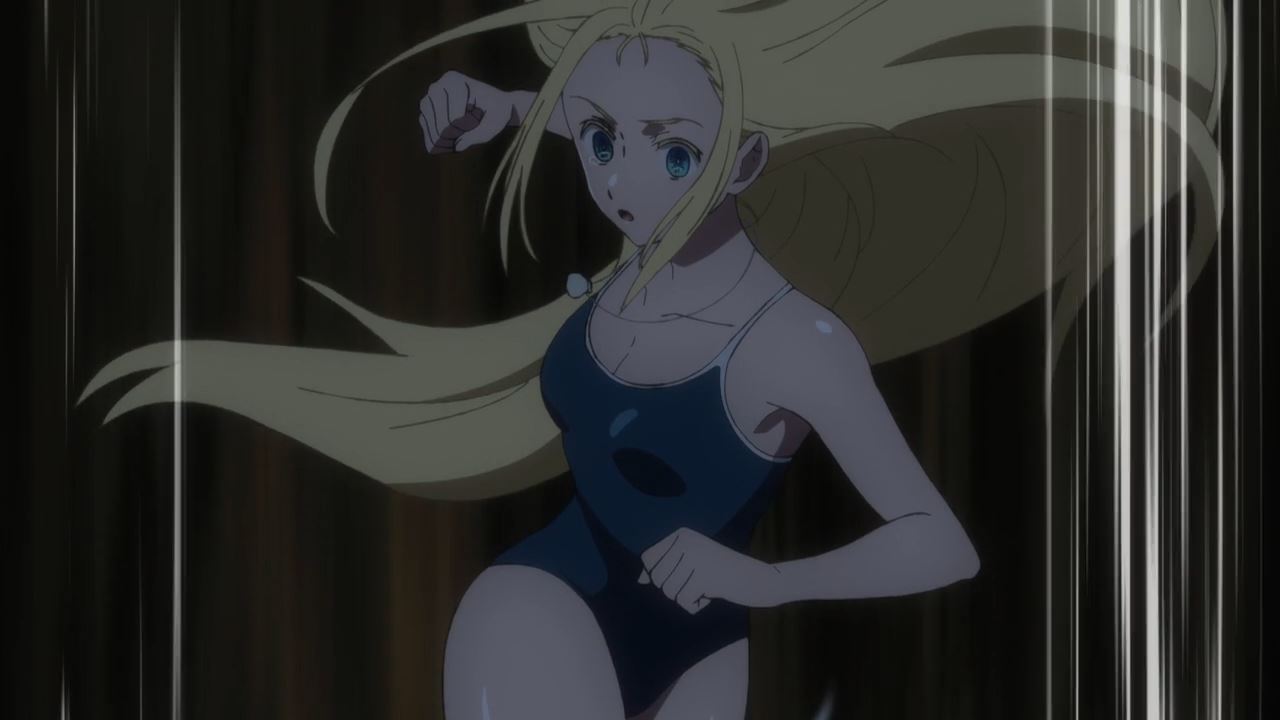 Anyways, Ushio is about to finish the mother of all shadows with a single devastating punch. 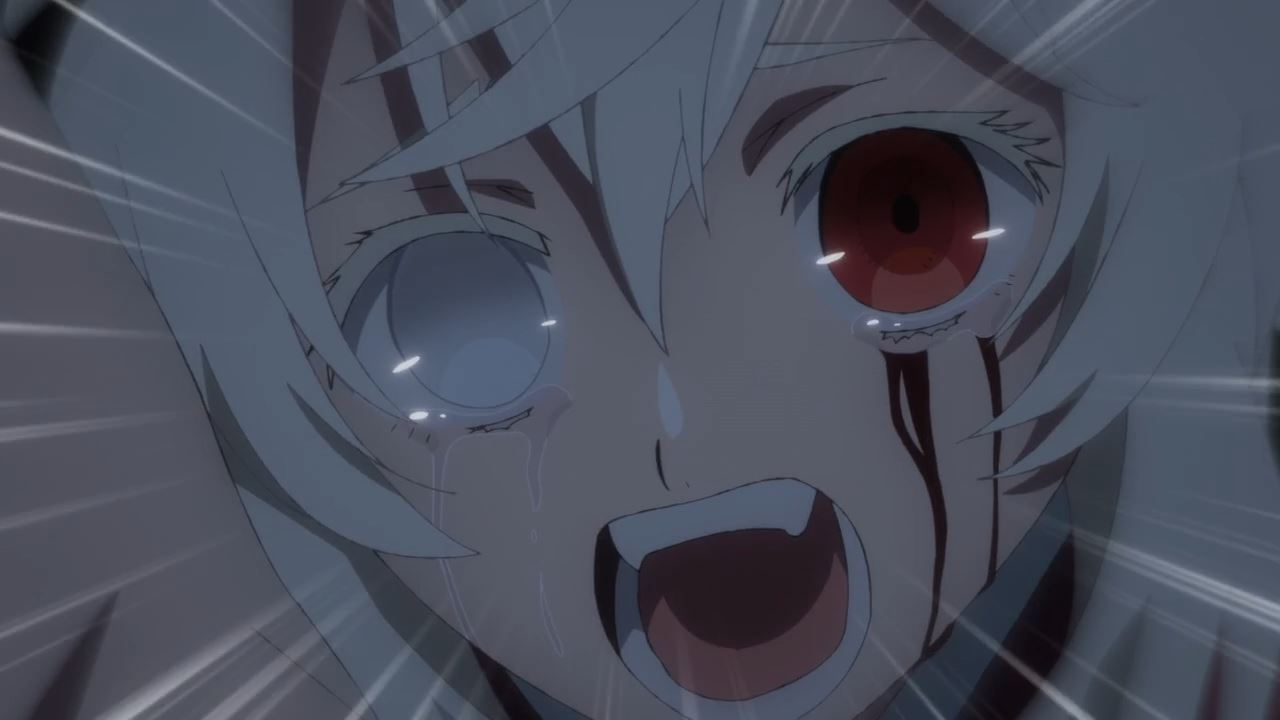 However, it appears that Haine is really terrified of being killed by her own children.

I’m not sure if she really deserves to be punched by Ushio as despite replacing everyone at Hitogashima into shadows, Haine is a girl who just want to go back to her own parents. 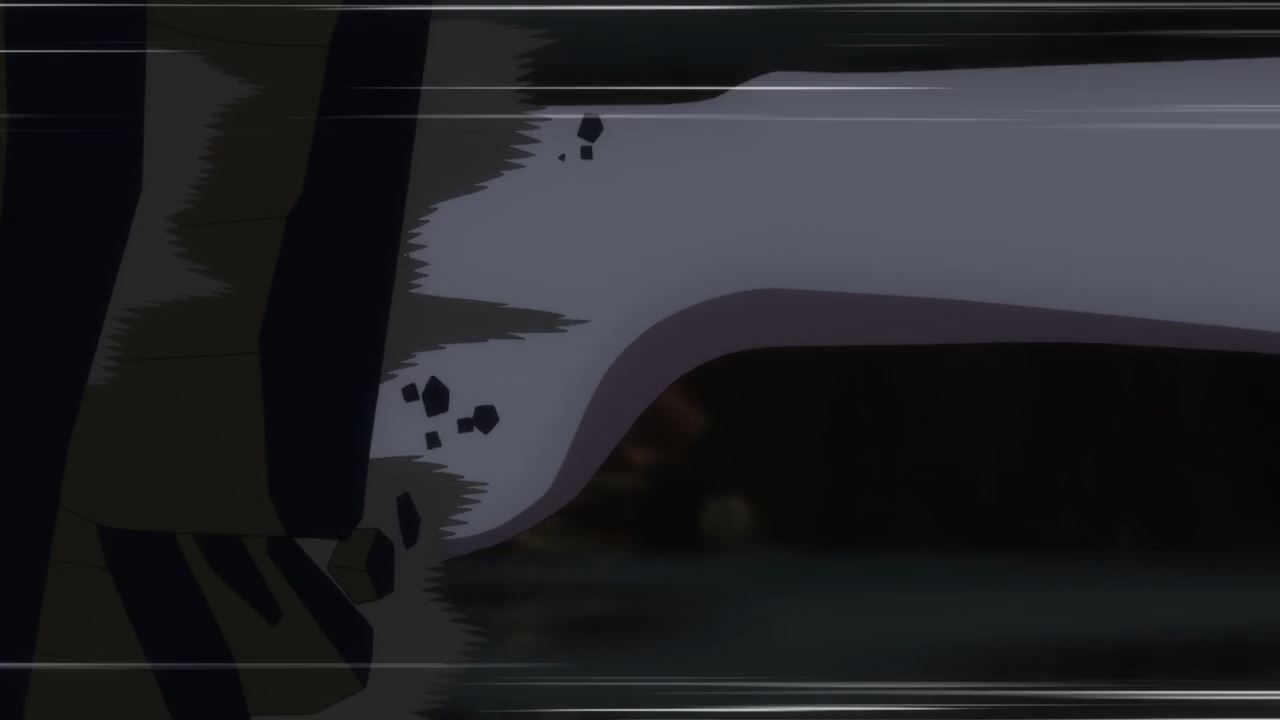 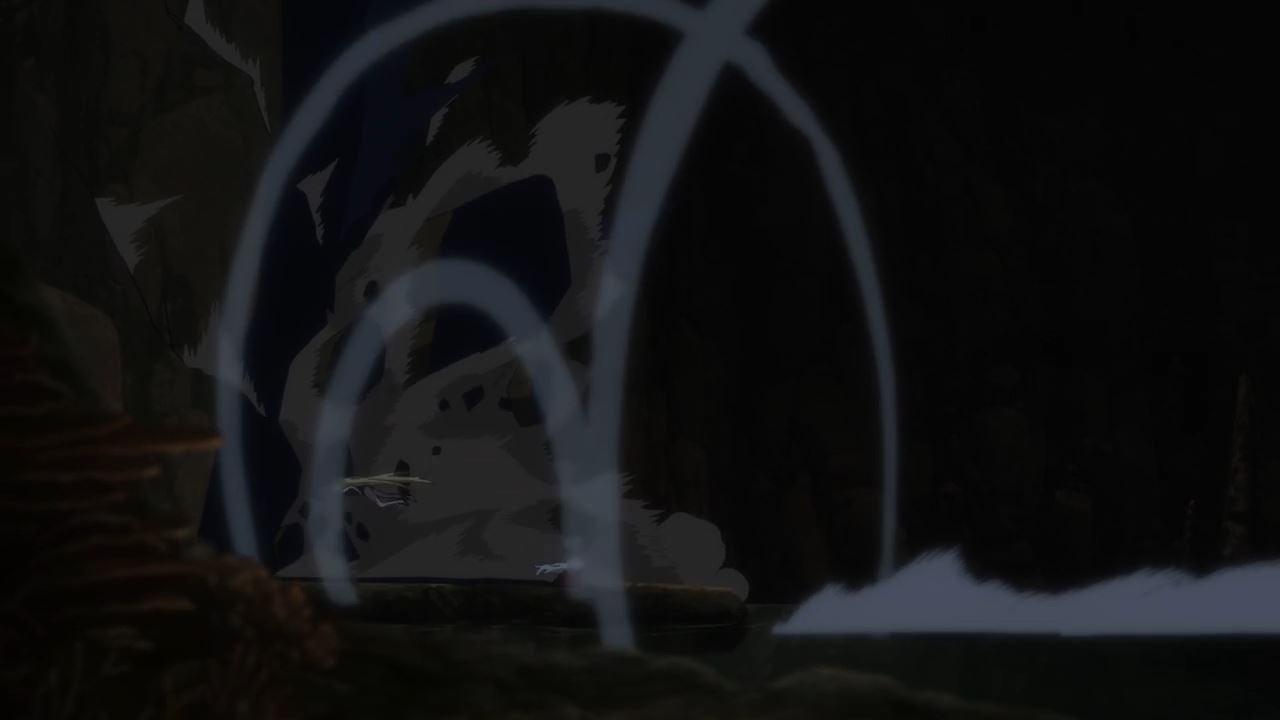 Anyways, Ushio Kofune punched the wall where it could have killed the mother of all shadows instantly if she aim it at Haine’s face. C’mon, that punch send shockwaves inside the cave. 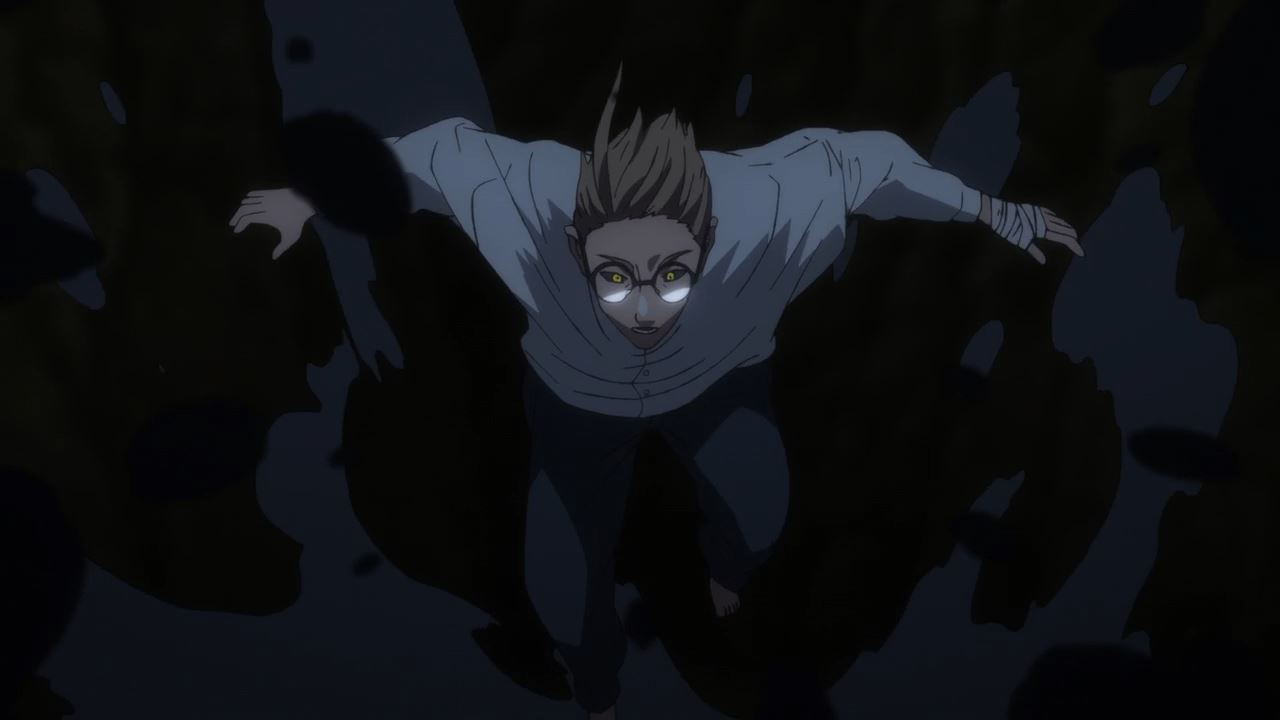 And since he’s no longer protected by his own armor, Shadow Mio delivered the coup de grâce towards Masahito Karikiri as Haine’s first child is dead. I’m hoping that the shadow threat is finally over! 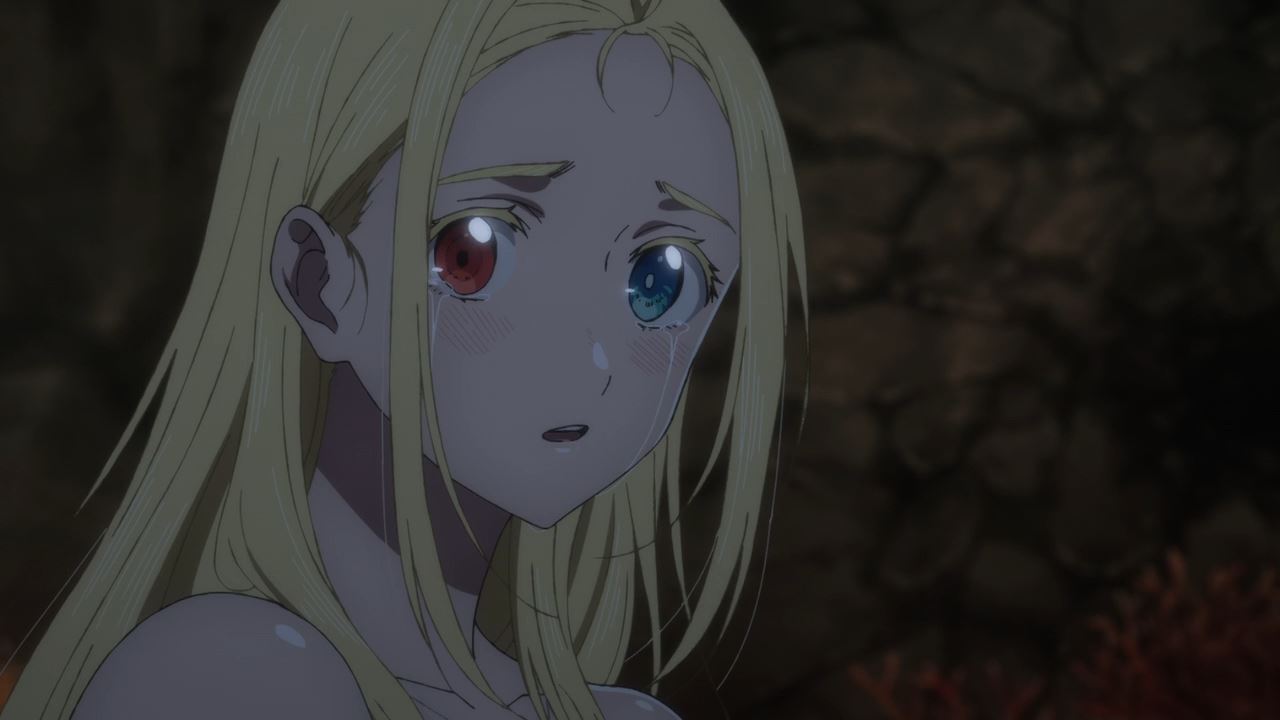 But let’s return to Ushio Kofune where even though she managed to stop Haine and her reign of terror, she felt really sad towards the mother of all shadows.

Now I feel bad towards Haine as she doesn’t want to kill everybody. I guess Hizuru-san is right that the mother of all shadows is being deceived by her first child Shide. 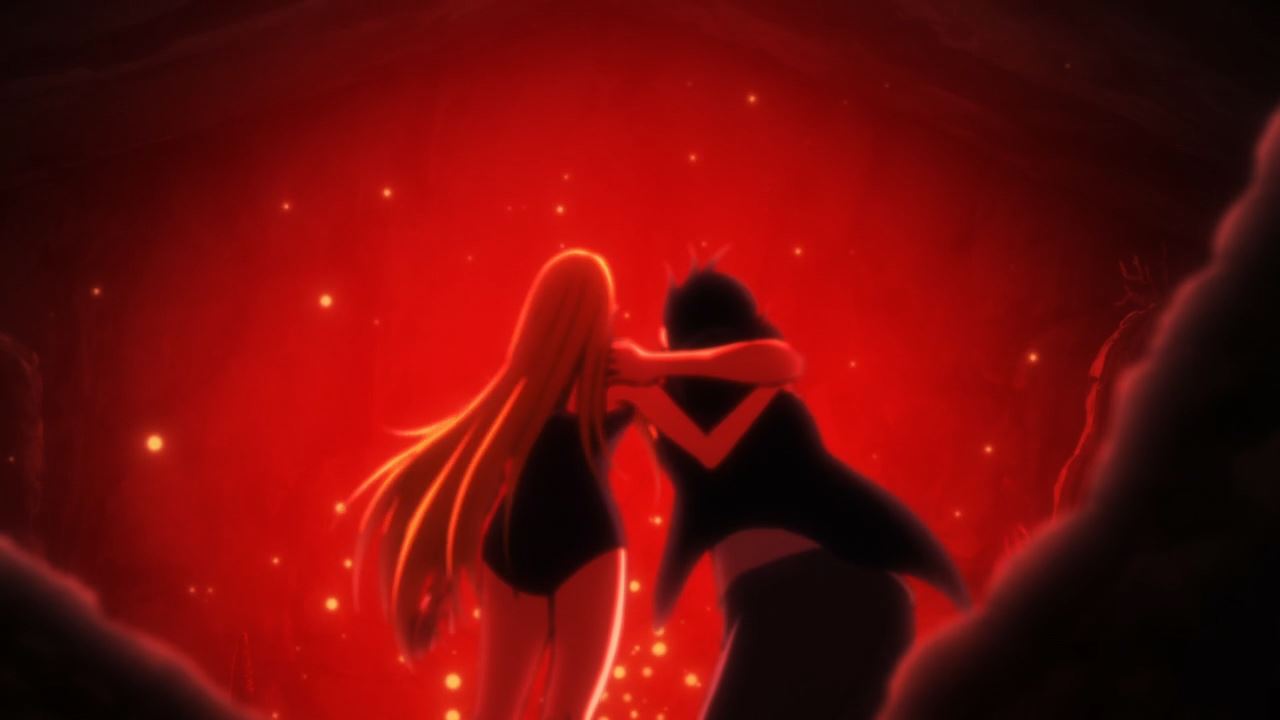 Anyways, even though Haine is defeated, looks like the shadow threat is not yet over. In fact, let’s just say that the true final boss has arrived. 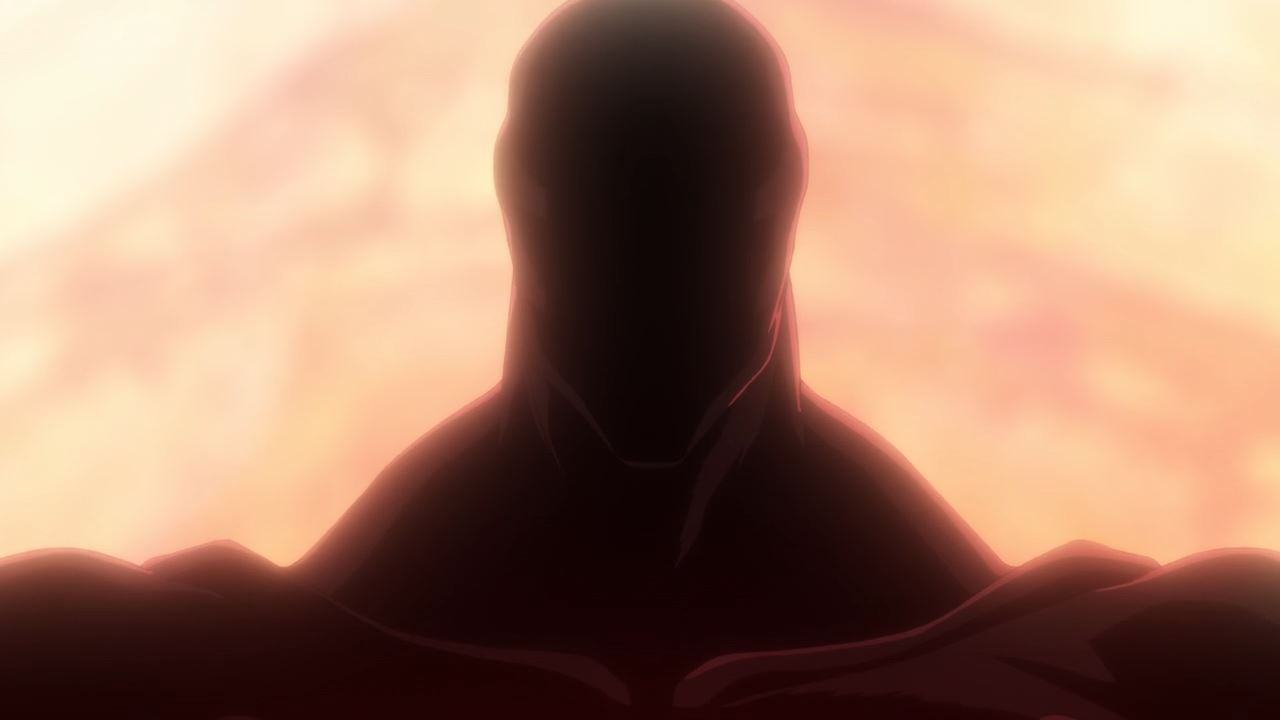 And it’s none other than Shide where the four-armed shadow abomination has returned. Damn, Shide is freakin’ immortal! 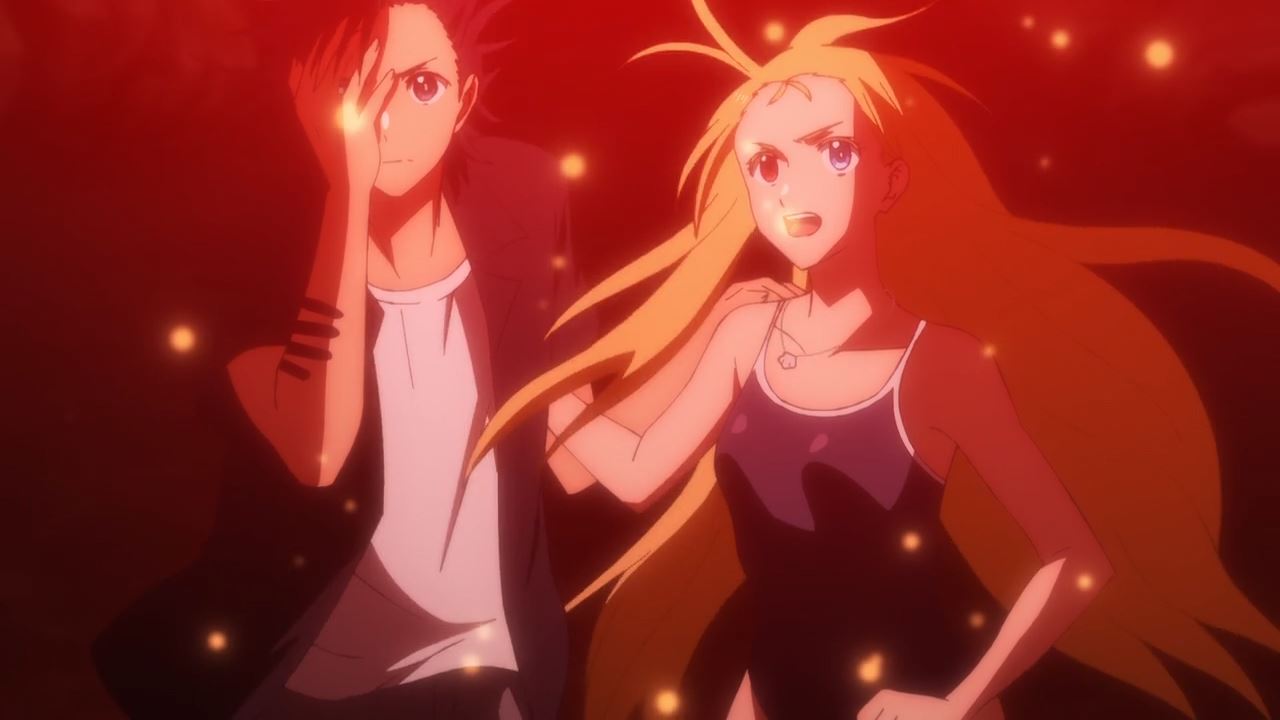 So it appears that Shinpei Ajiro and his friends didn’t stop the shadow threat in the 10th loop as they’ll have to kill Shide again. Now I’m really curious about his hidden agenda as Shide doesn’t want to help Haine at all.

Well then, I’ll see you next time for the climax of Summer Time Rendering!