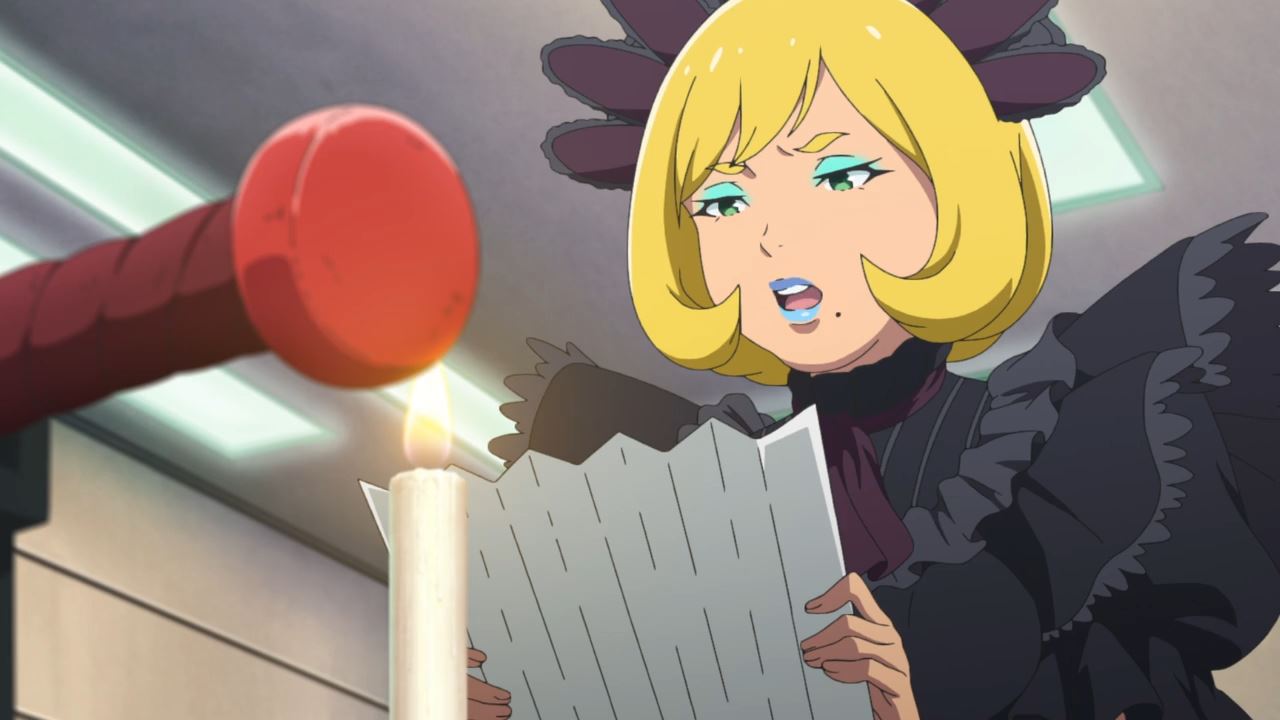 Okay, this is quite surprising as Kazue Ugaki is still alive despite what the rumor says about her. Now, she’s delivering an epitaph to Manami Supernova Yamagishi despite the fact that Ugaki ordered her goons to gun her down in the previous episode. 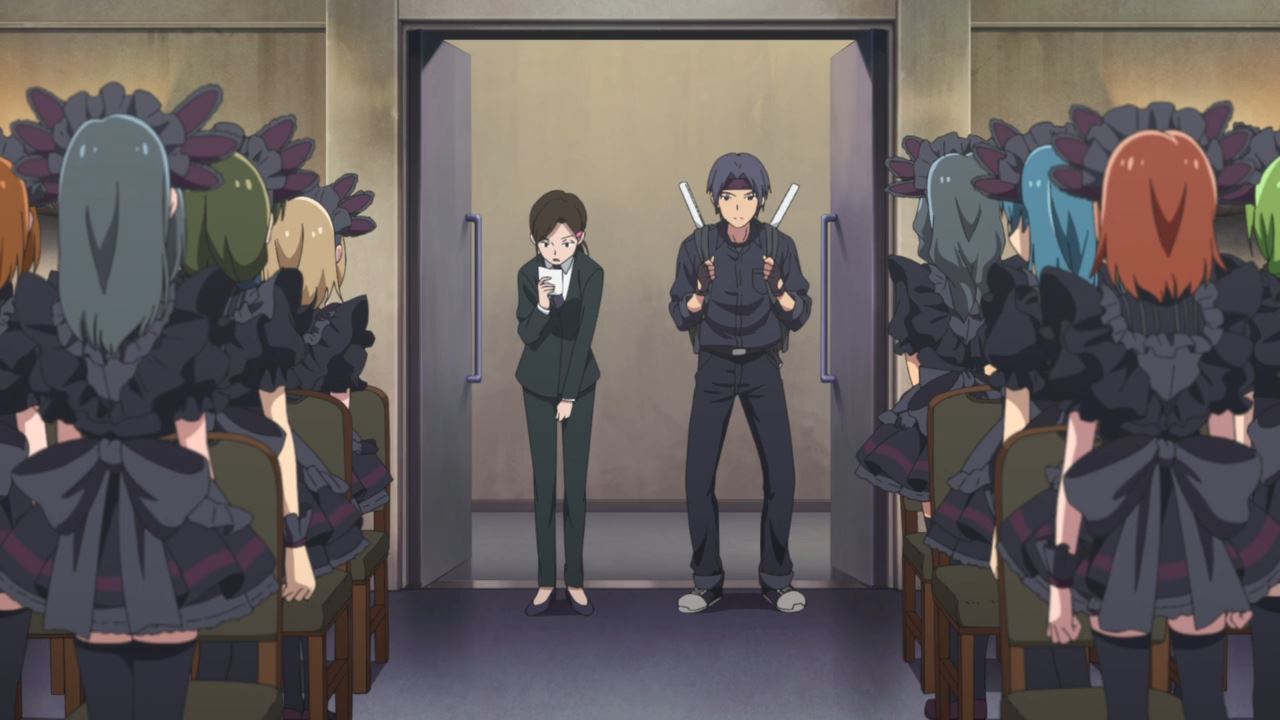 But it gets even worse is that their the Maidalien Group maids are forced to become axolotl maids under the Creatureland Group, all while the manager of Ton Tokoton Café is mocking them by reading an half-assed eulogy script.

Honestly, it’s gonna be a riot if things didn’t calm down. Fortunately, Chairman Nagi decides that both parties will settle their disputes… in a baseball match. Sadly, Ton Tokoton Café doesn’t have enough team members. 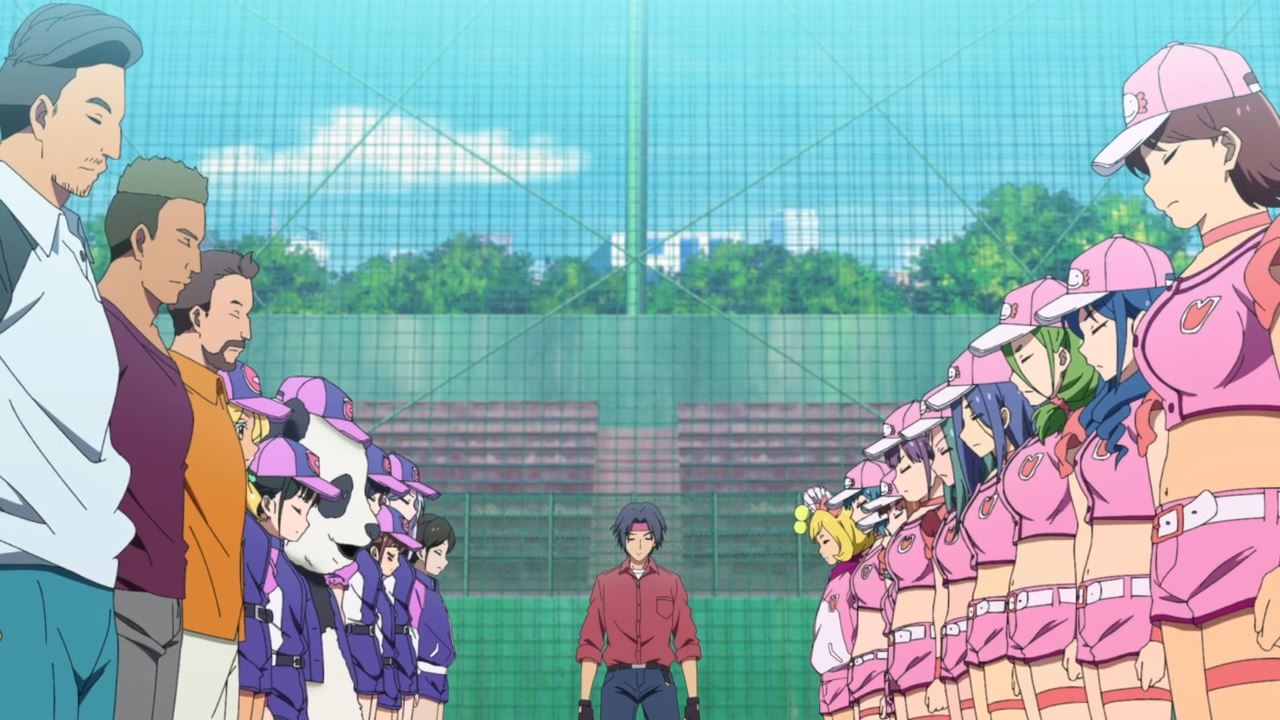 Well, that’s until they recruited some random Venezuelans (who are actually voiced by Venezuelans by the way) to fill up the remaining spots.

Anyways, it’s Ton Tokoton Cafe vs the Axolotls where it’ll be the battle for the ages. Just kidding, it’ll be filled with violence since they’re maids after all! 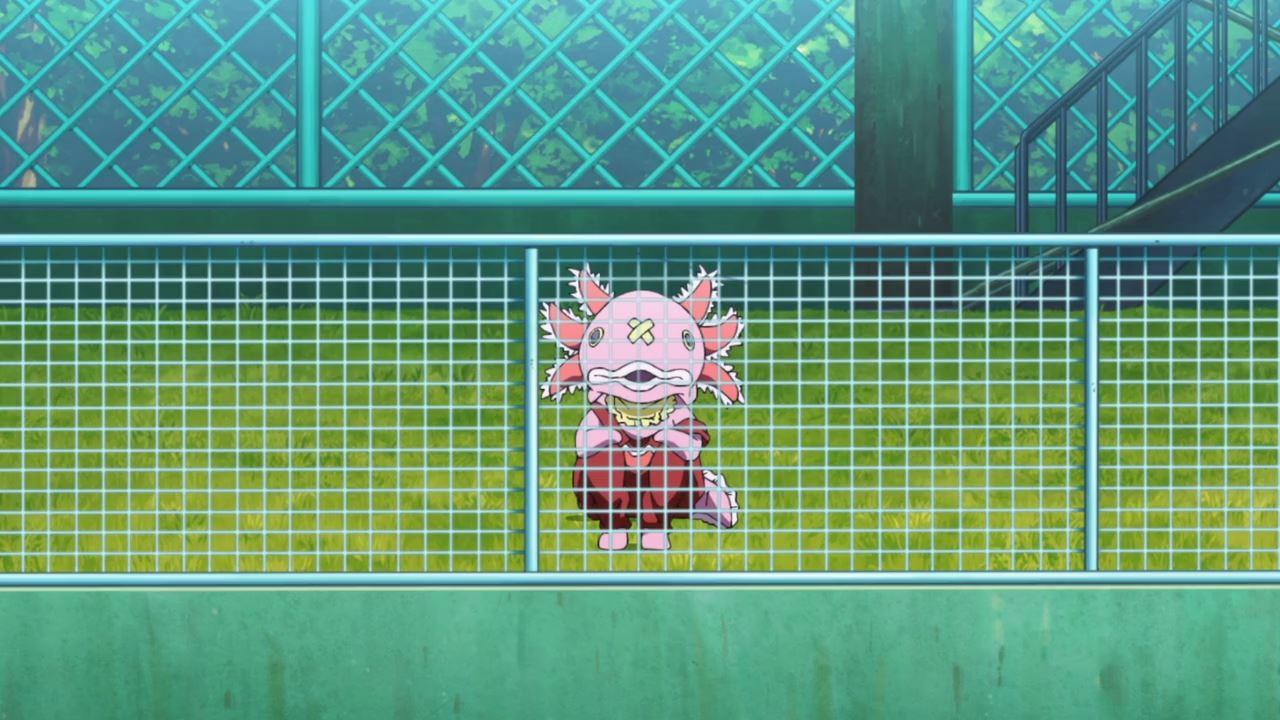 One more thing, it appears that the Axolotls brought their mascot along the ride. Then again, I smell something suspicious as this mascot is not being with the team. 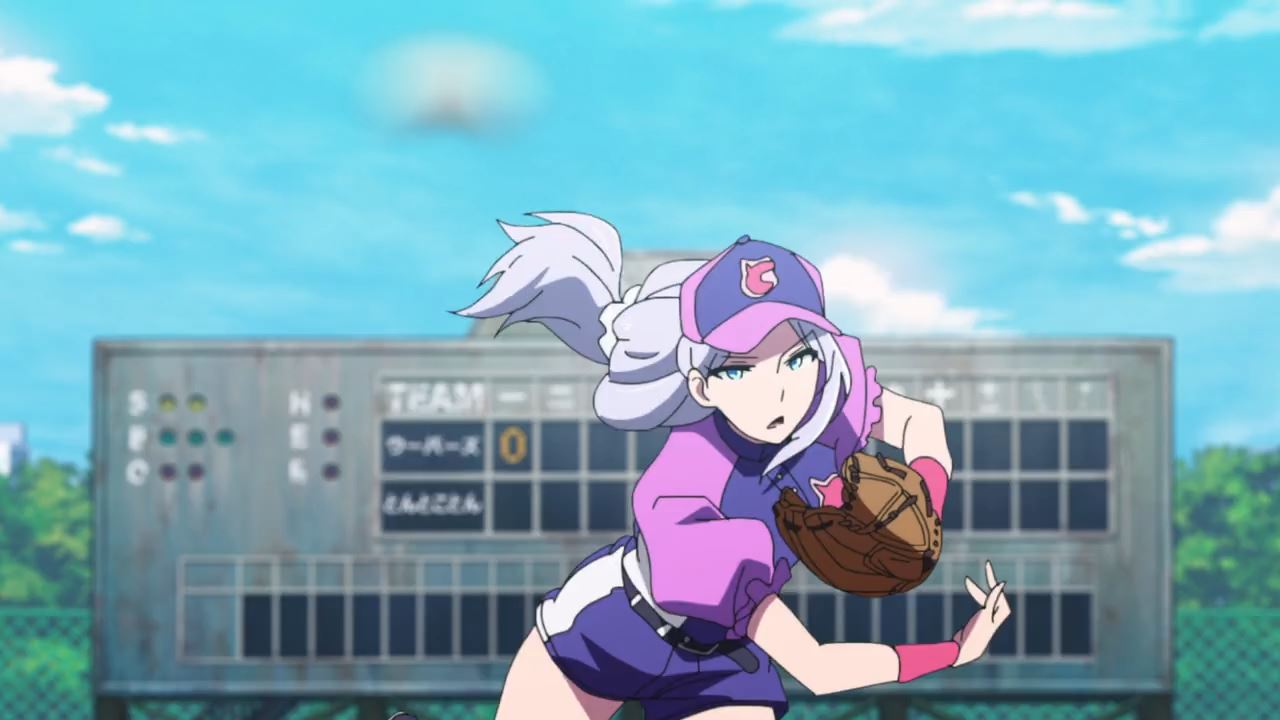 But let’s begin the baseball game with Zoya where she’ll be the starting pitcher. As you can see, Zoya is channeling her inner Victor Starffin as she throws a nasty fastball. 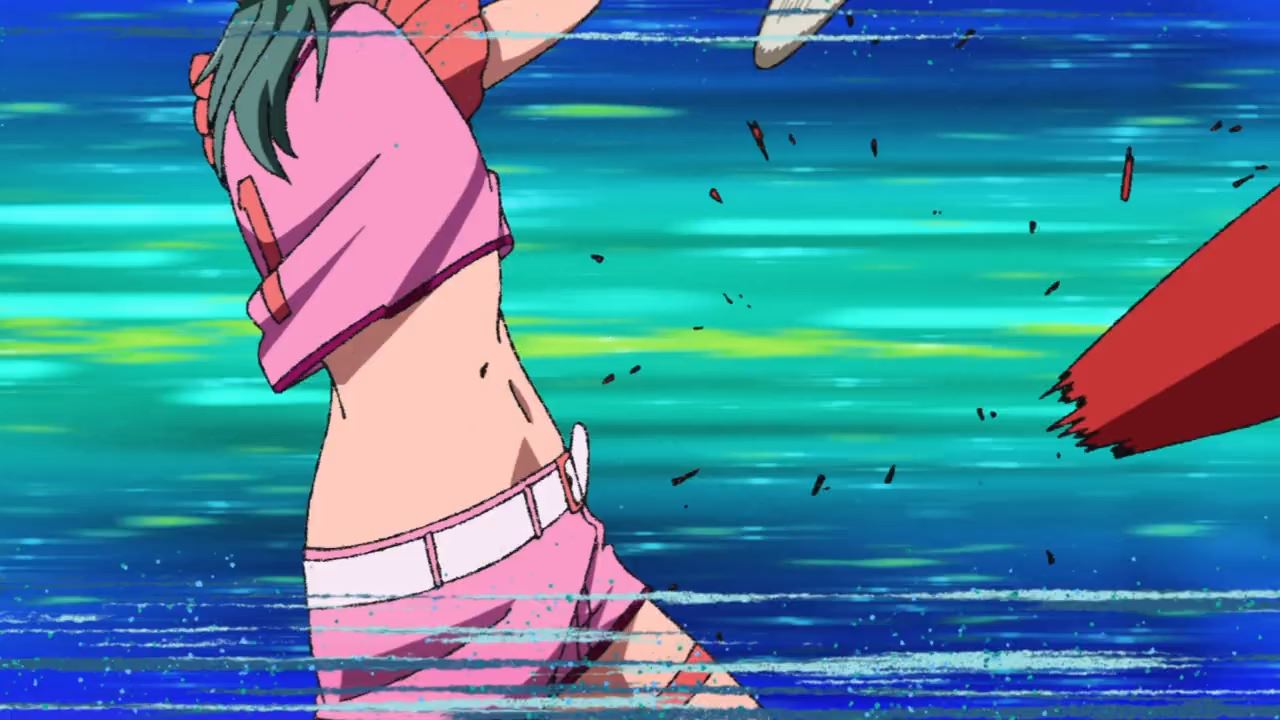 For Kasumi, she couldn’t handle the sheer velocity of Zoya’s fastball as her bat broke in half. 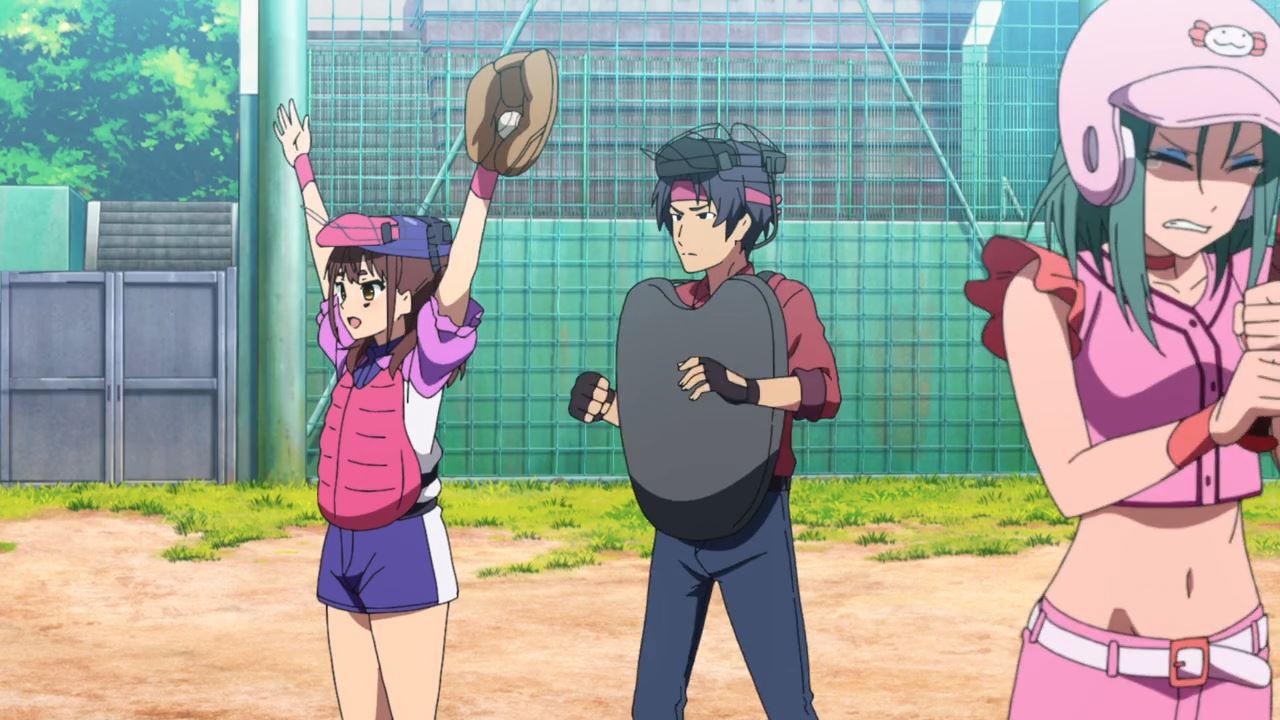 Also, she got an out when Nagomi Wahira catches the ball. Gotta say that the Ton Tokoton Café is doing fine despite being a team of misfits. 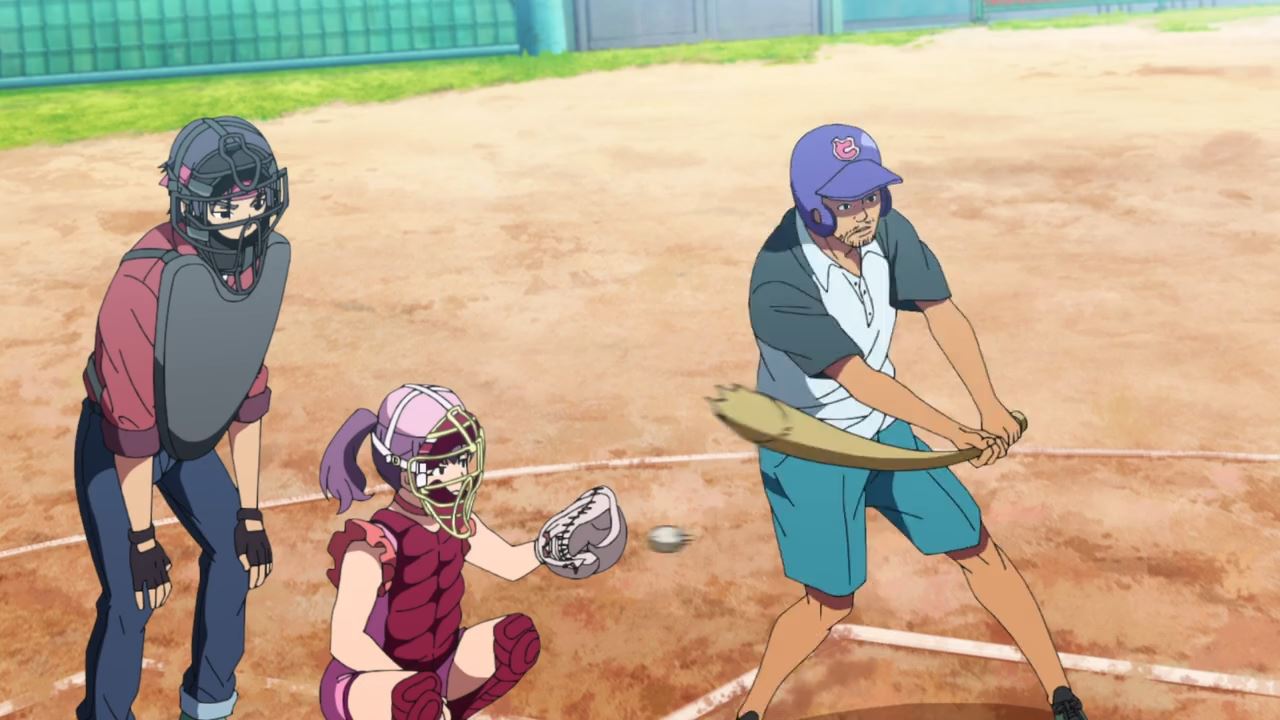 By the way, it appears that the Venezuelans they pick up couldn’t even hit the ball. Lesson learned: Don’t pick some random people on the street to play baseball. 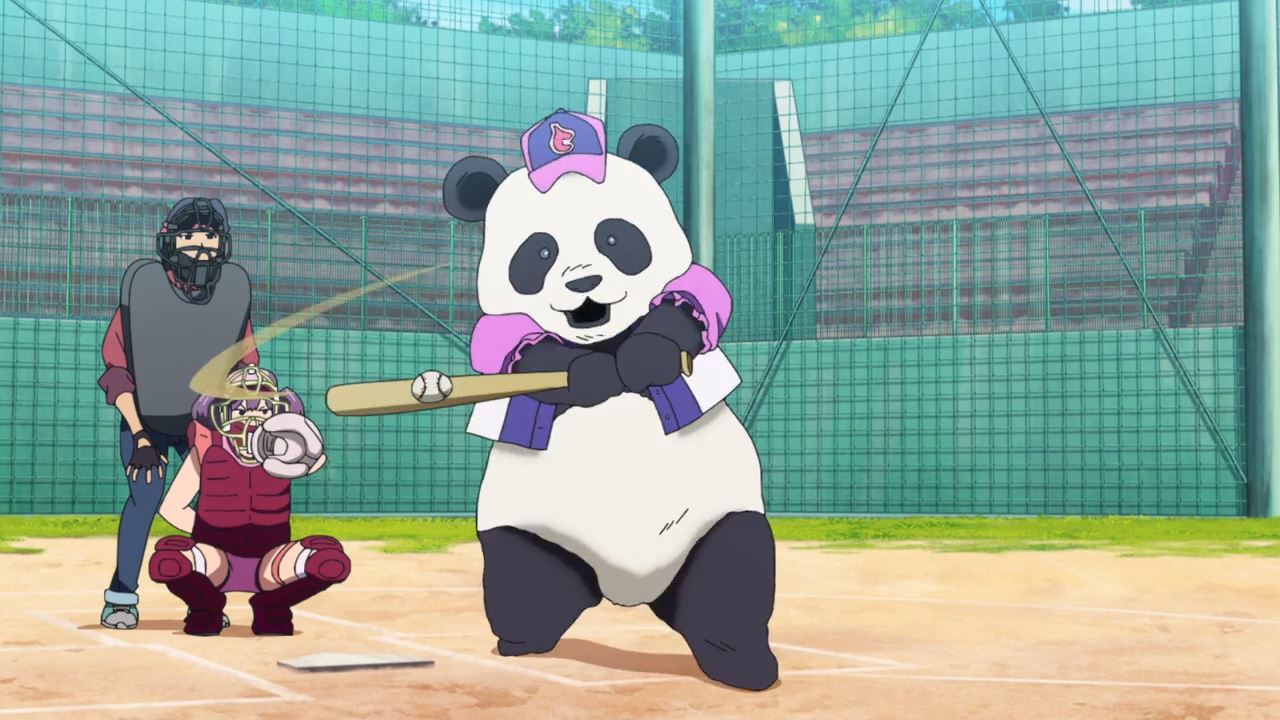 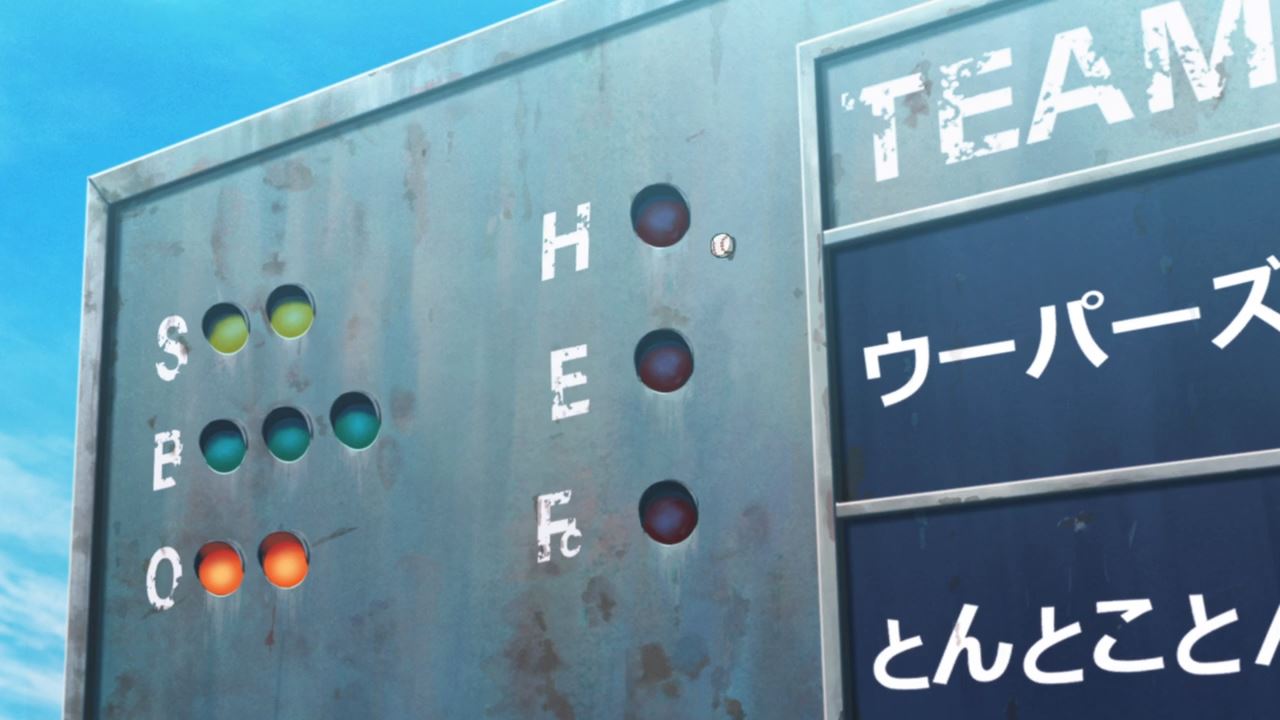 Oh and one more thing, looks like Okachimachi scored a homerun. At this point, the Ton Tokoton Café are the favorites to win this game. 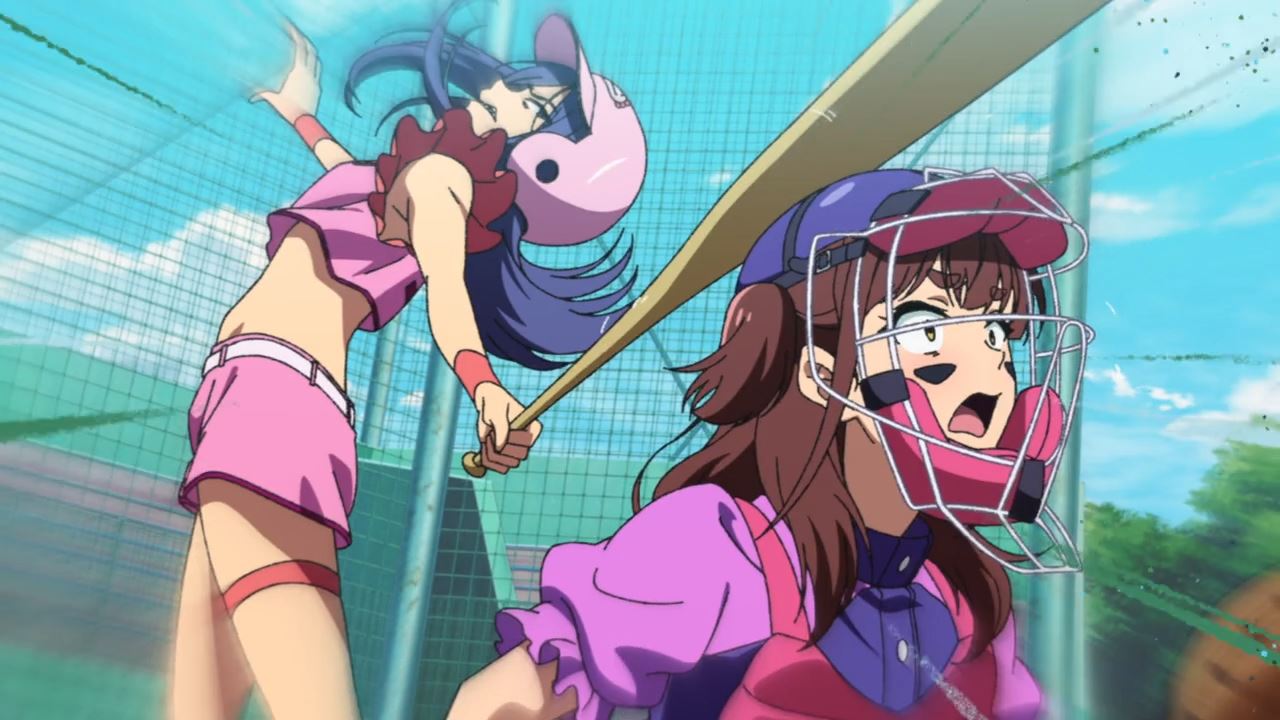 So, the Axolotls decided to play dirty tricks like hitting the opposing players with a baseball bat. They could have said “Oh, my hand slipped!” but man, they’re getting desperate. 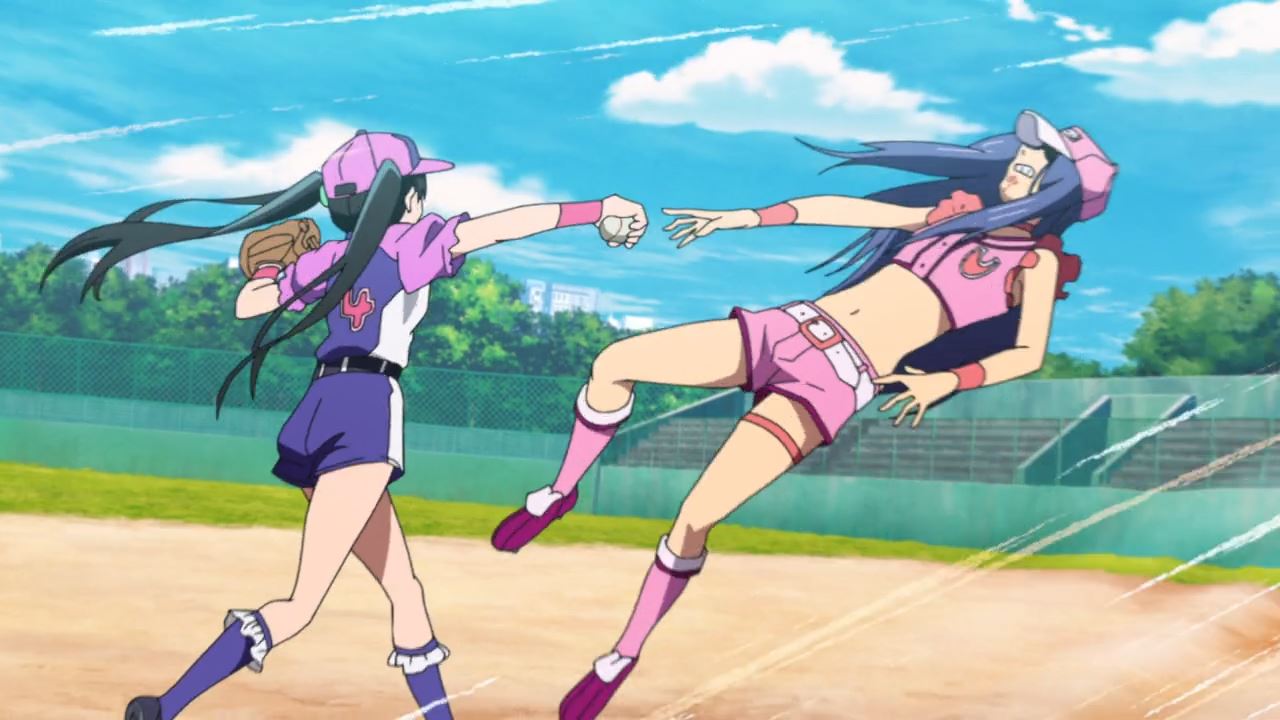 Naturally, the Ton Tokoton Café retaliated as payback for hurting Nagomi Wahira. Of course, Nagomi doesn’t want any violence in a baseball game as she wants to play fair and square. 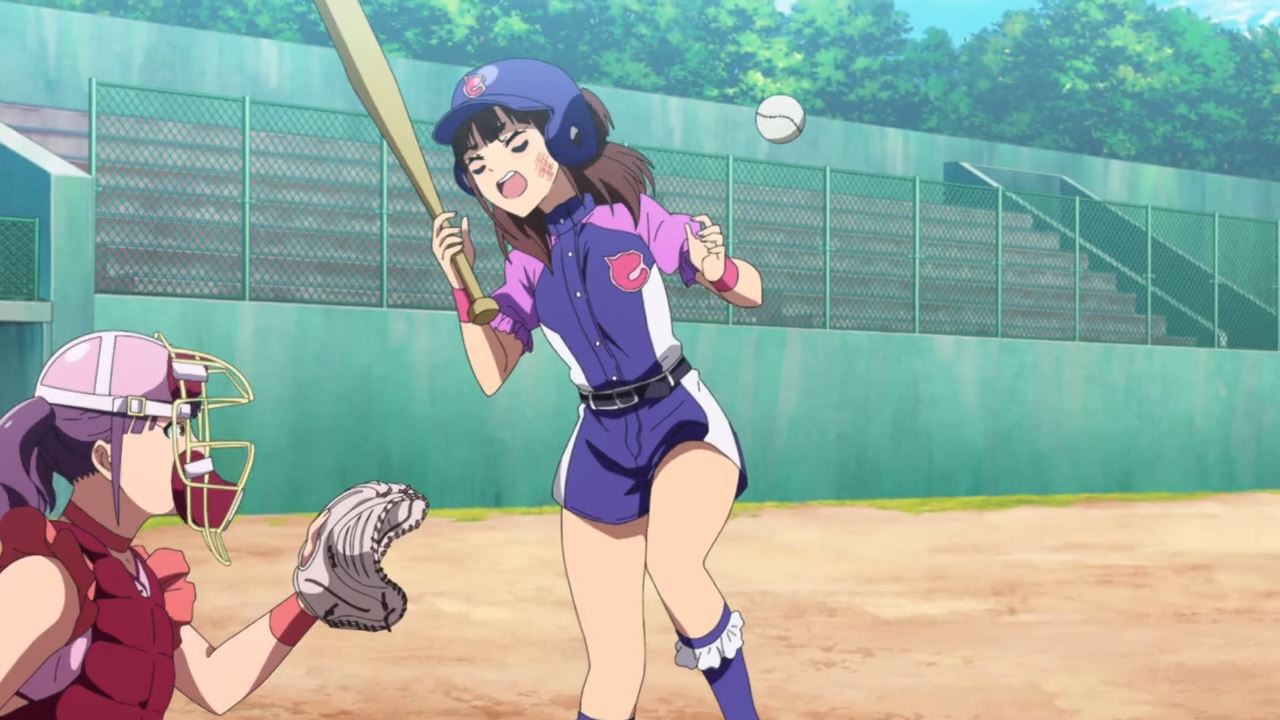 Speaking of Nagomi Wahira, I’m worried about her as Nagomi received so much abuse. 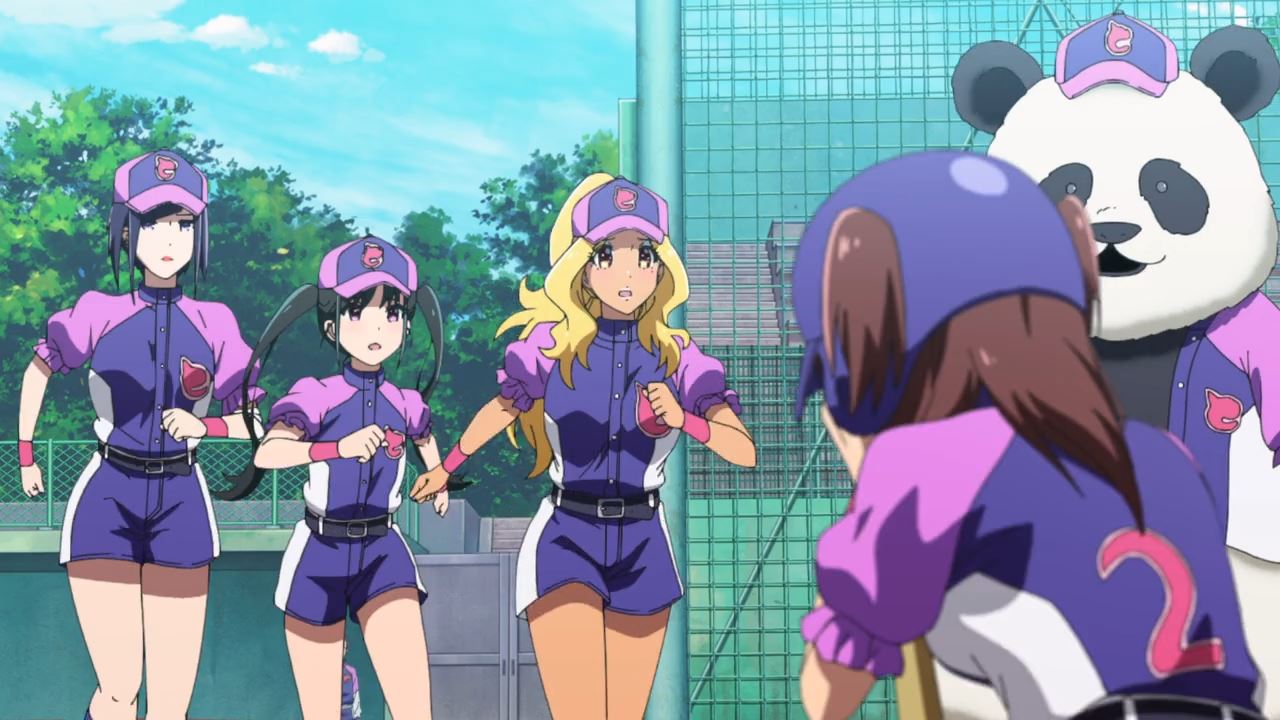 However, it appears that Nagomi Wahira is fine as she can still play, although I’m worried that she’ll have a battered face after this intense baseball match. 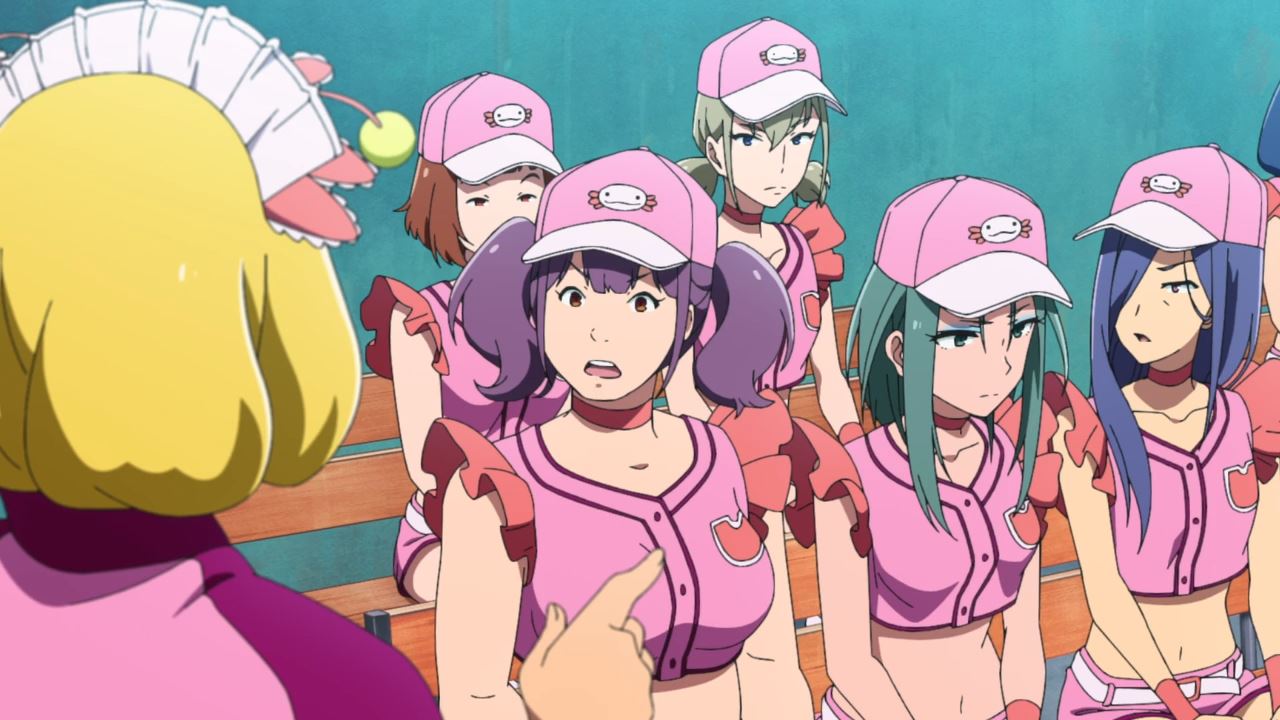 Meanwhile, looks like some players decided to play fair and square after seeing Nagomi Wahira genuinely play baseball. C’mon, she’s not here to incite violence after all!

So yeah, the Axolotls decided to play baseball seriously rather than beat the shit out of the opposing team. 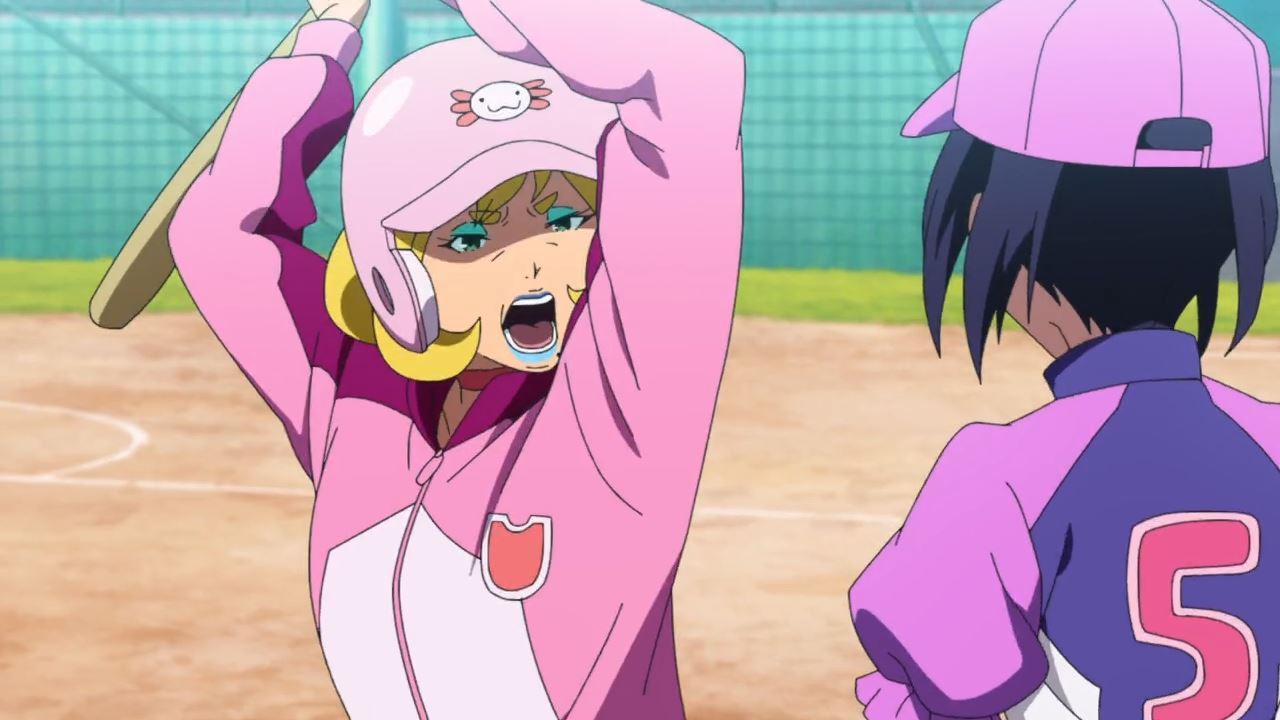 Sadly, Kazue Ugaki won’t listen to their wishes as she’ll smack Ranko Mannen by herself. If they can’t play dirty, the manager will do it. 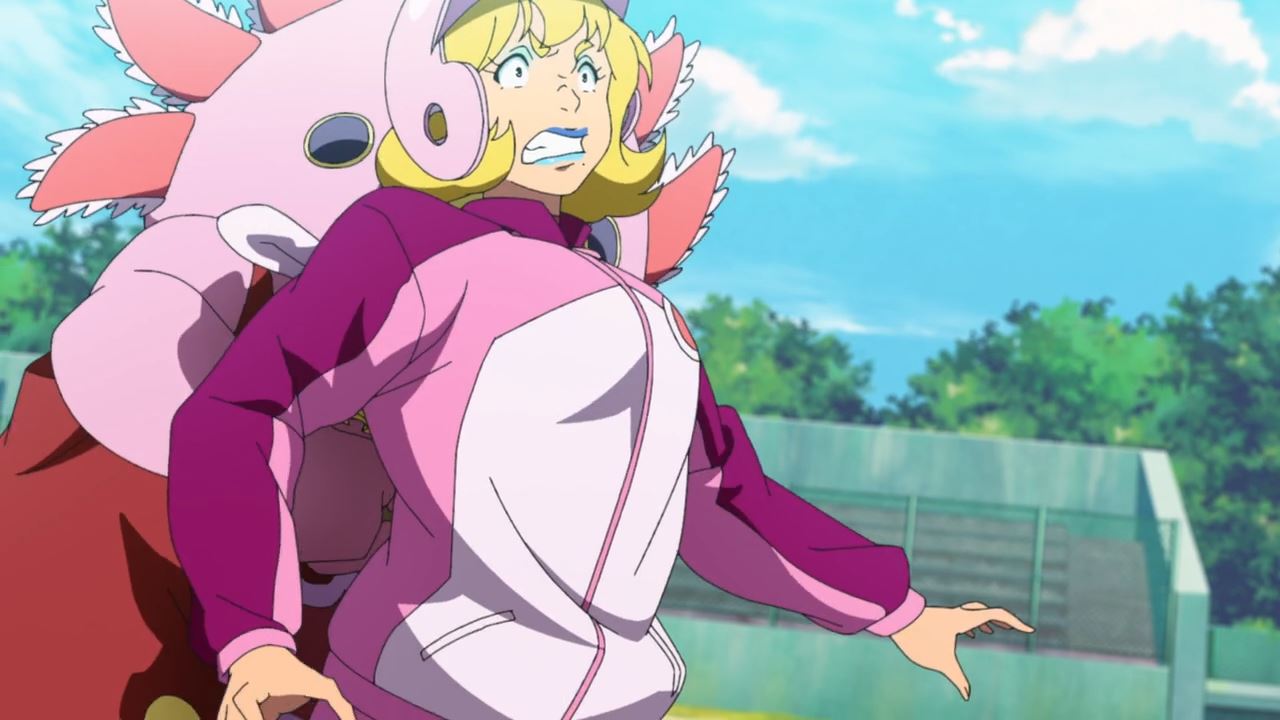 Except that Ugaki-san got stabbed by her own team mascot. Well, that escalated quickly! 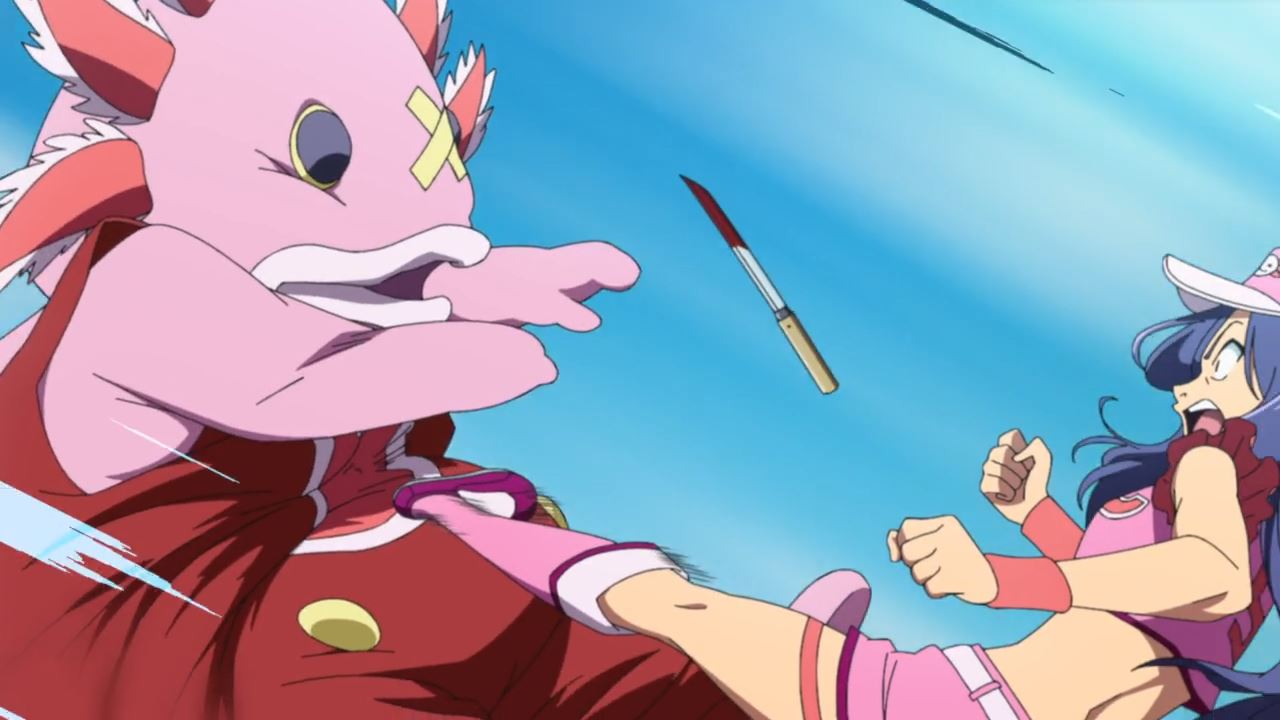 So, it’s up to Kasumi where she delivered a drop kick to the naughty mascot. Now I’m curious who’s inside that suit. 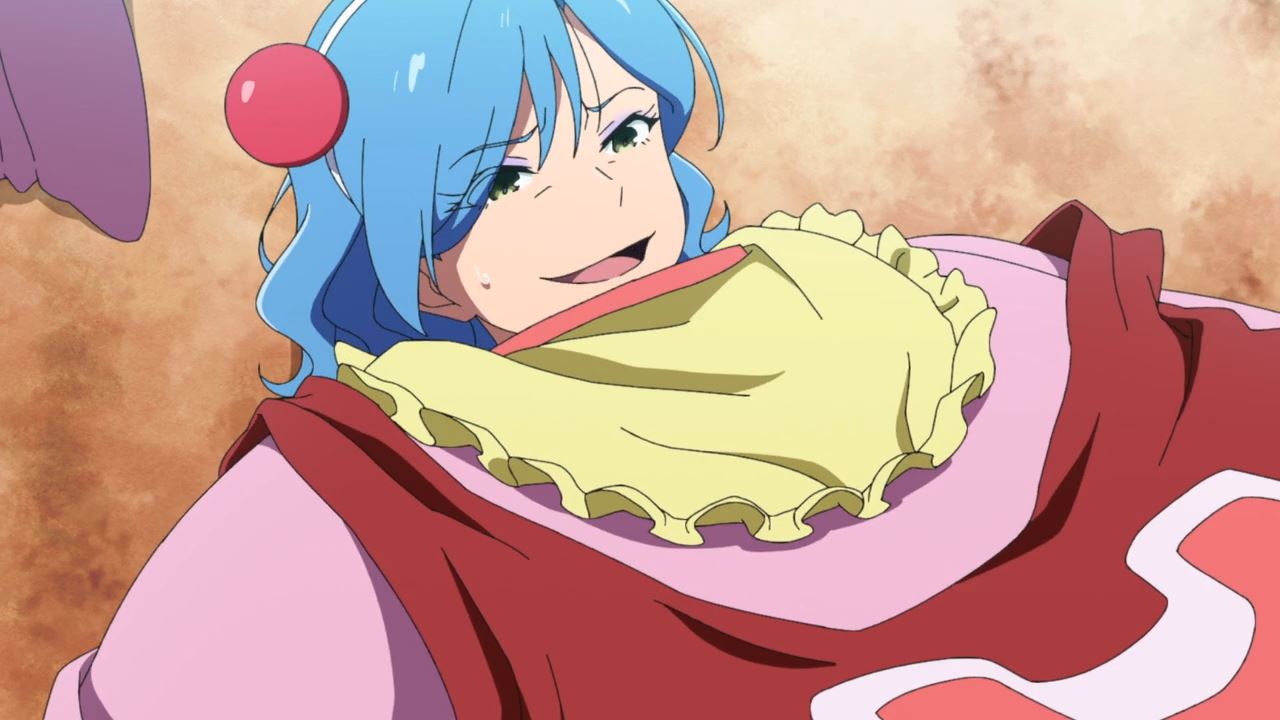 Wait, isn’t that Miyabi who accompanied Manami Supernova Yamagishi during the raid at Ton Tokoton Café? Oh boy, looks like she’s really angry that Yamagishi got killed by Ugaki and her cronies. 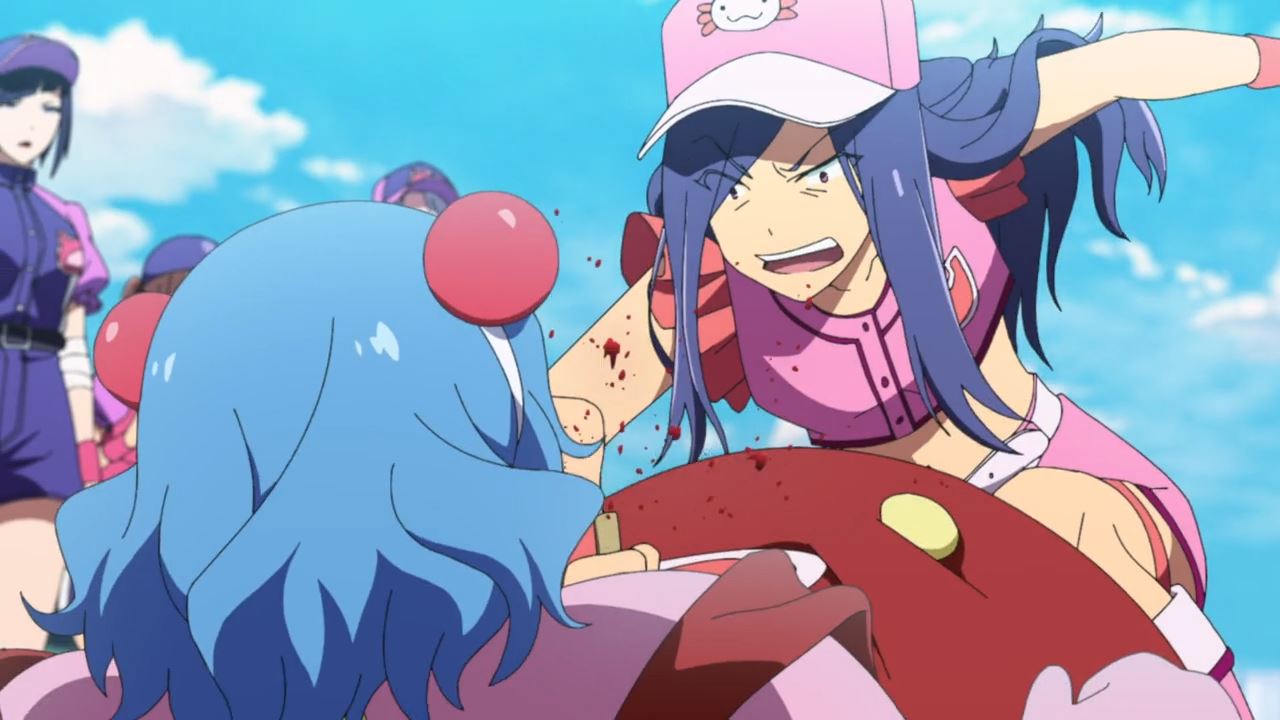 Sadly for Miyabi, her life was ended quickly when Kasumi stabbed the traitor with a knife. Looks like this friendly game of baseball has already turned into a bloodbath. 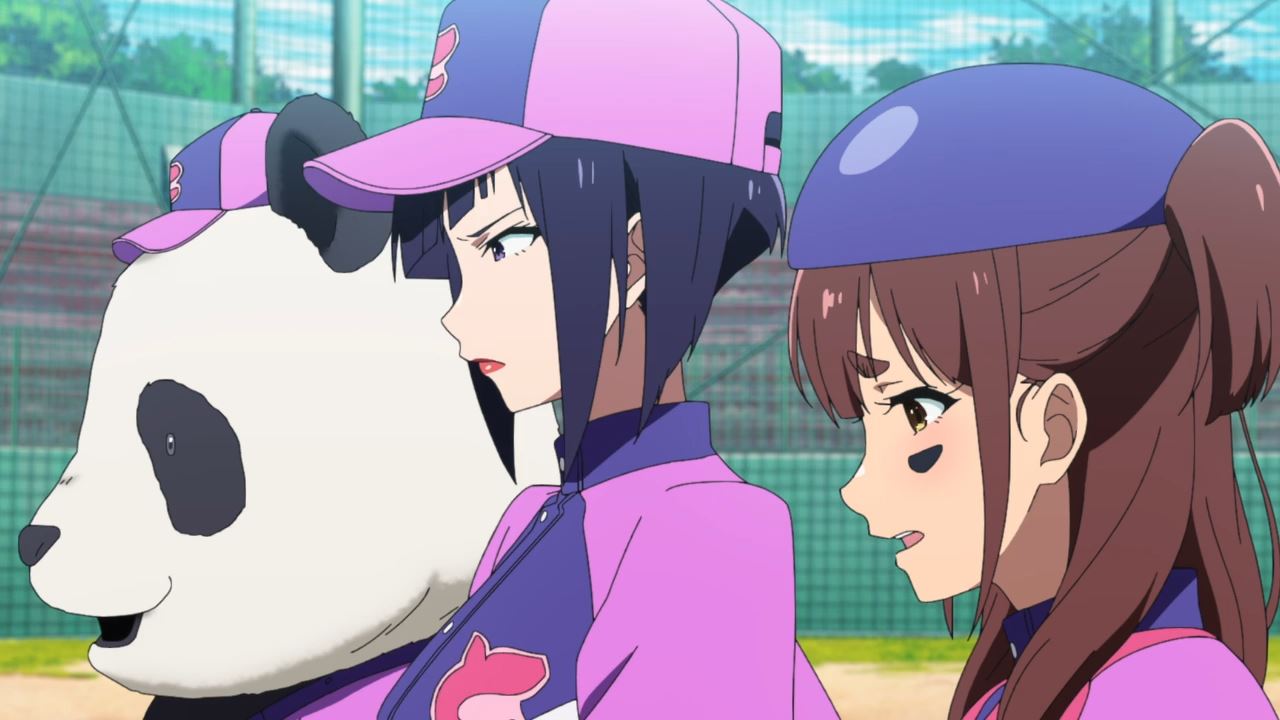 Even Nagomi lamented on why they have to assert violence to win disputes where they can play fair and square. Man, she’s losing faith at them, huh? 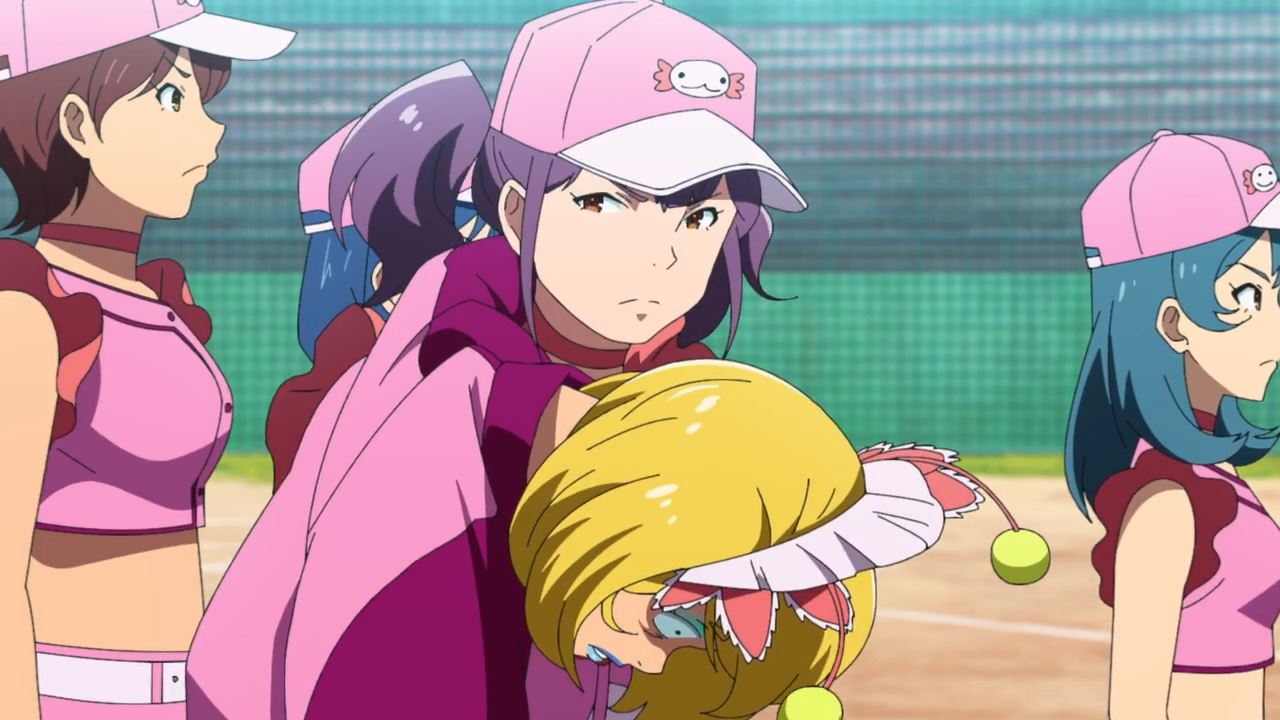 However, they told the opposing team that Kazue Ugaki and Miyabi are still alive. Are you fuckin’ kidding me, Eru? 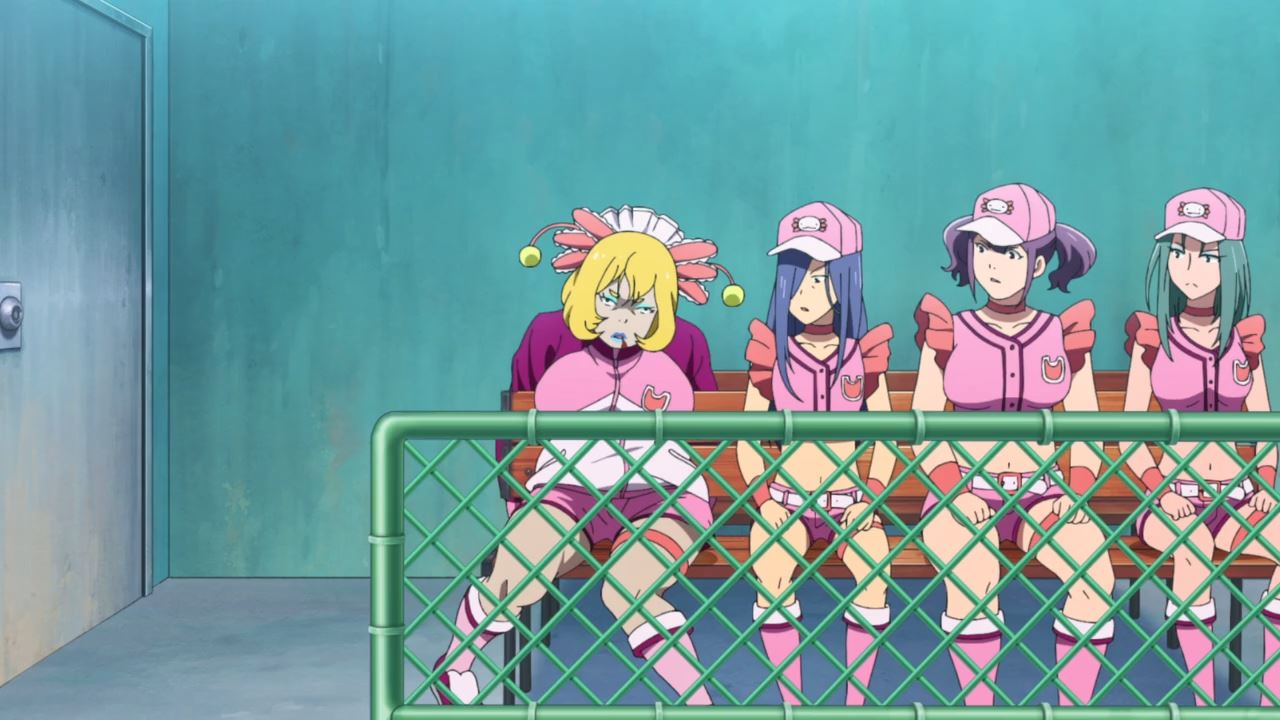 But seriously, Ugaki-san looked terrible after being stabbed to death by a disgruntled Miyabi.

While it’s still ridiculous about their dubious claim, looks like there’s no need to pull some dirty tricks as they’ll play fair and square. 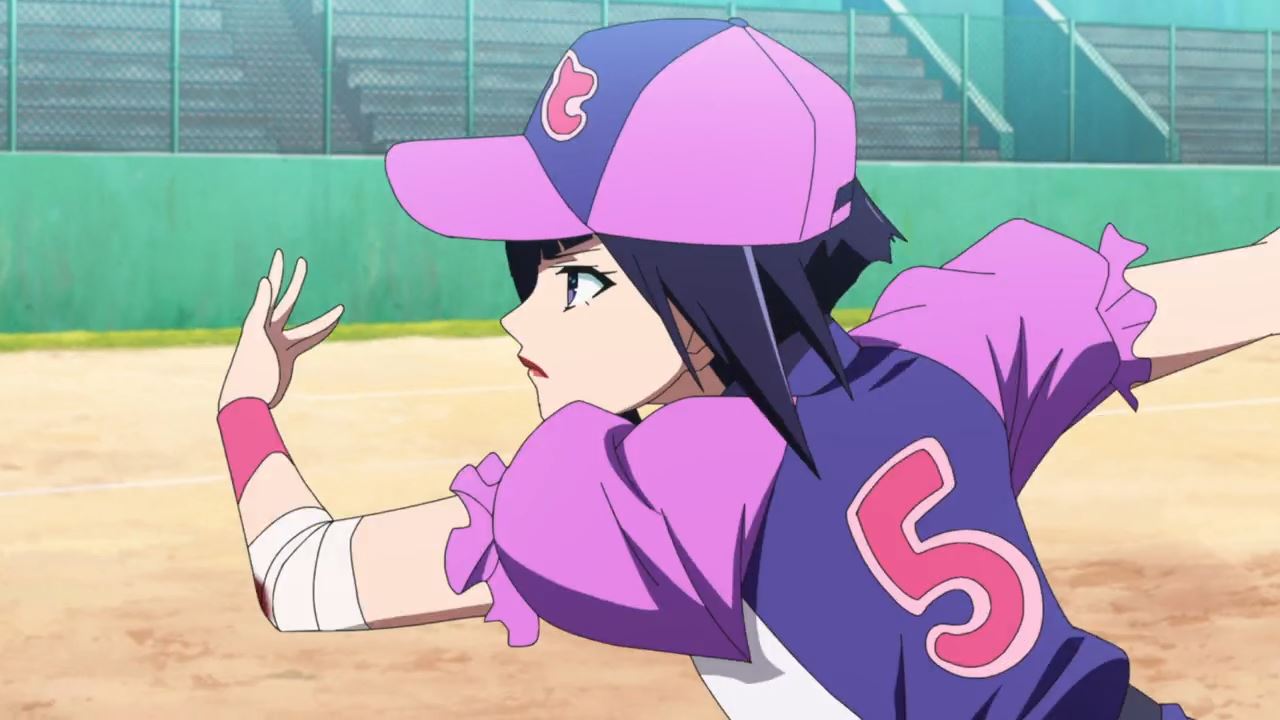 Now it’s time for the finale as Ranko Mannen will be the closing pitcher.

Despite having a bruised arm where she got it from battling Manami Supernova Yamagishi, she can still deliver a nasty pitch. 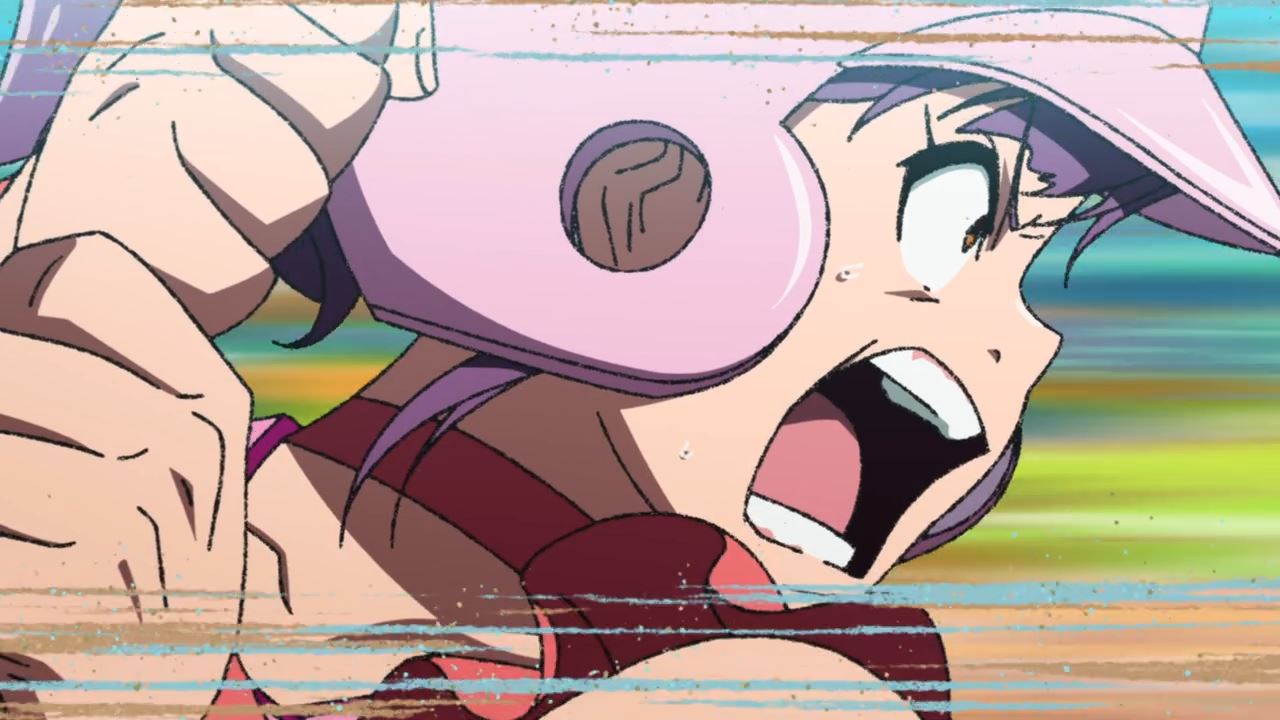 For Eru, she only need one good hit to send the ball to the center field. If she scored a home run, they tie the game. 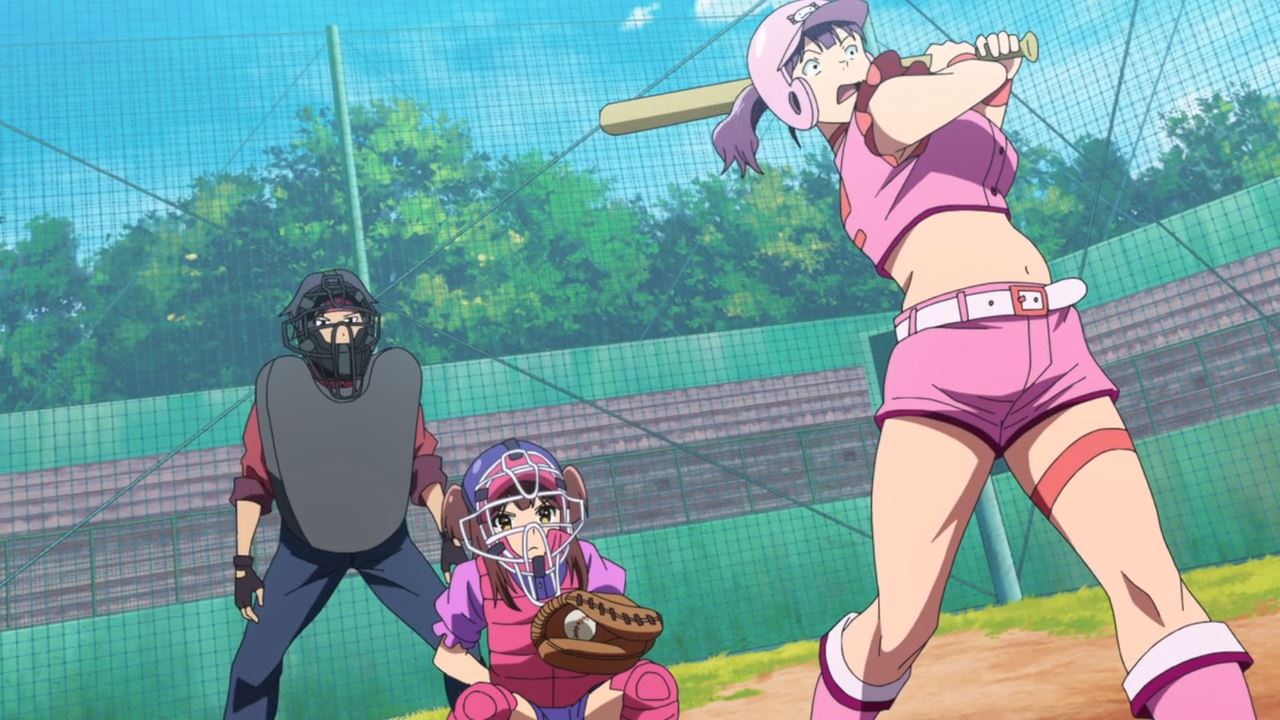 However, Eru missed as she was struck out by Ranko Mannen. Game set where Ton Tokoton Café won over the Axolotls with the score of 9-8. 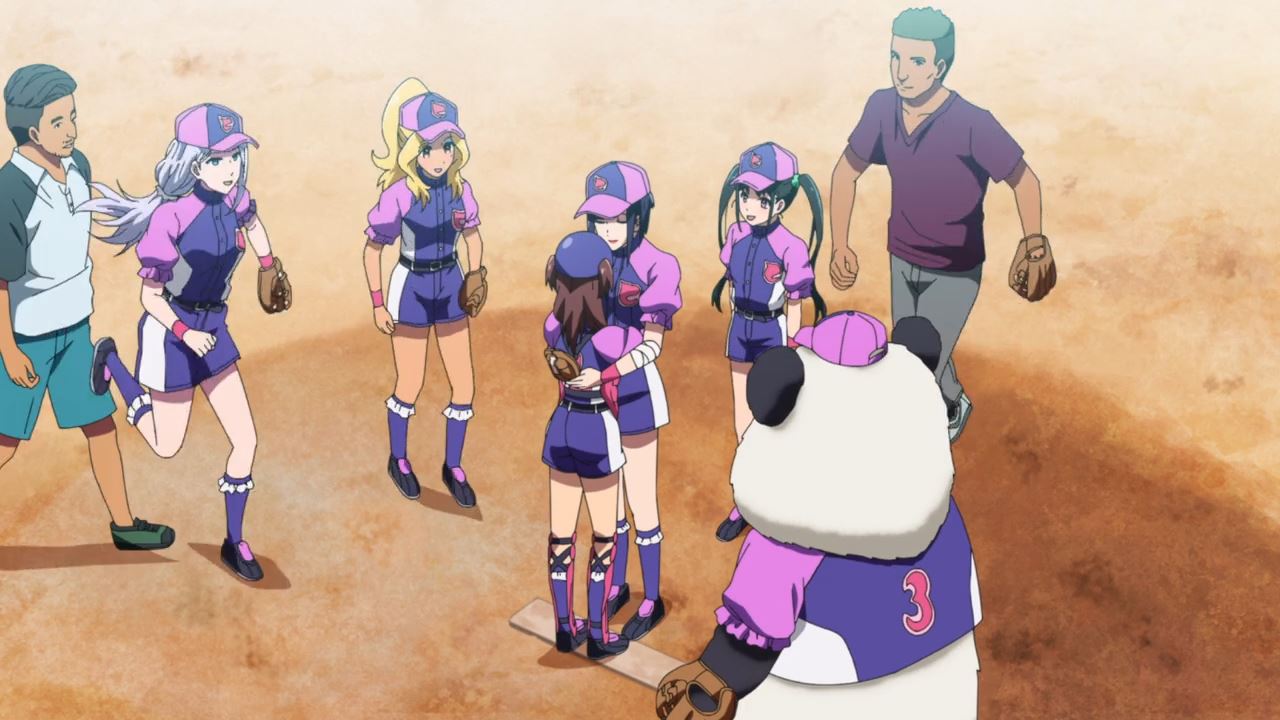 For the Ton Tokoton Café, they proved that Nagomi Wahira and the rest have a place within the Creatureland Group. 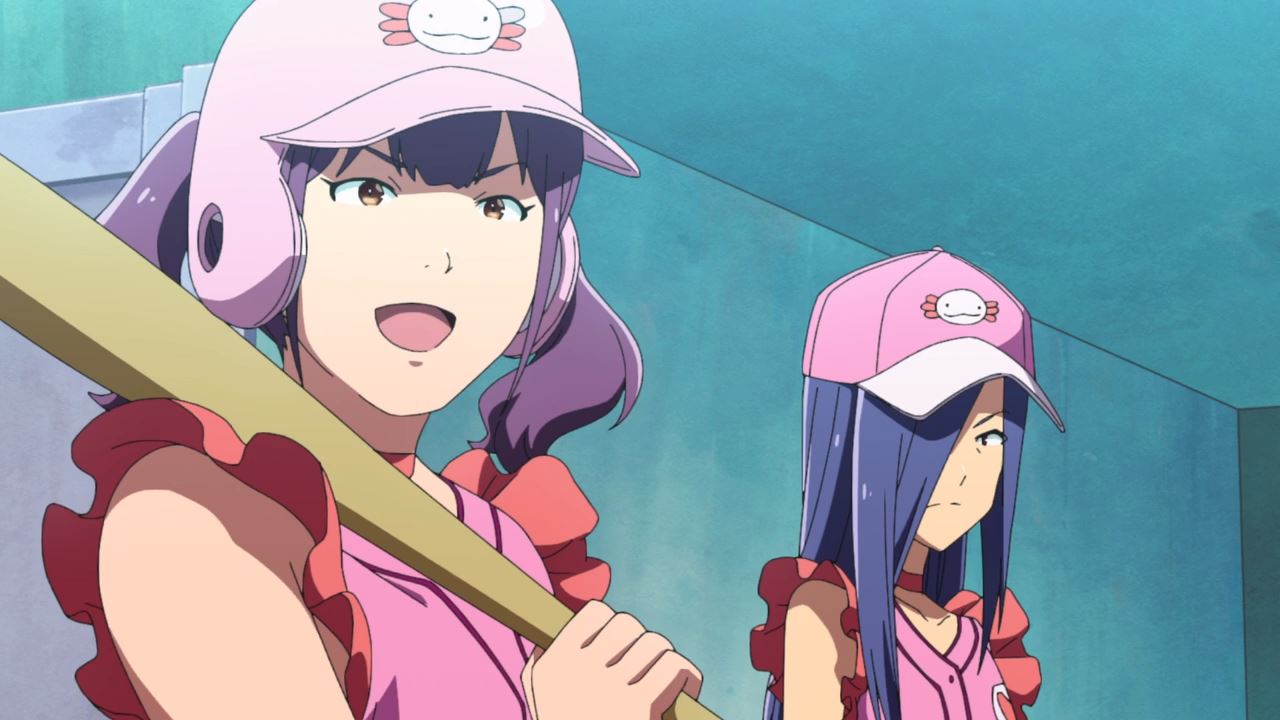 For Eru and the rest, they have no regrets in playing baseball with the Ton Tokoton Café. Then again, I’m worried that they might get killed by Chairman Nagi for failing to destroy the black sheep of the group. 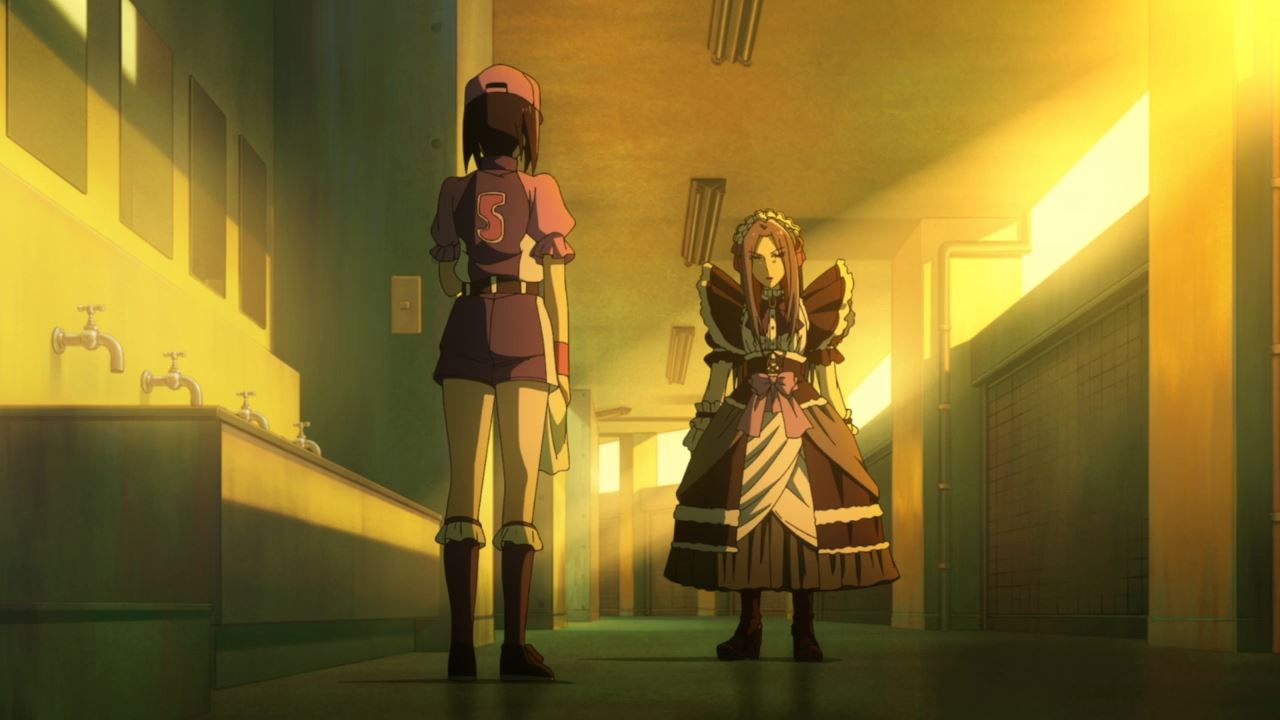 And speaking of Chairman Nagi, she’s finally arrived where Ranko Mannen recognized her as Uzuko, her former sworn sister who worked under Michiyo’s Jijyou Sakan café.

For Ranko-san, she’s really surprised to see her former sworn sister alive and well, although she’s worried that her loyalty between Nagi’s Creatureland Group and Ton Tokoton Café will be put to the test soon enough. 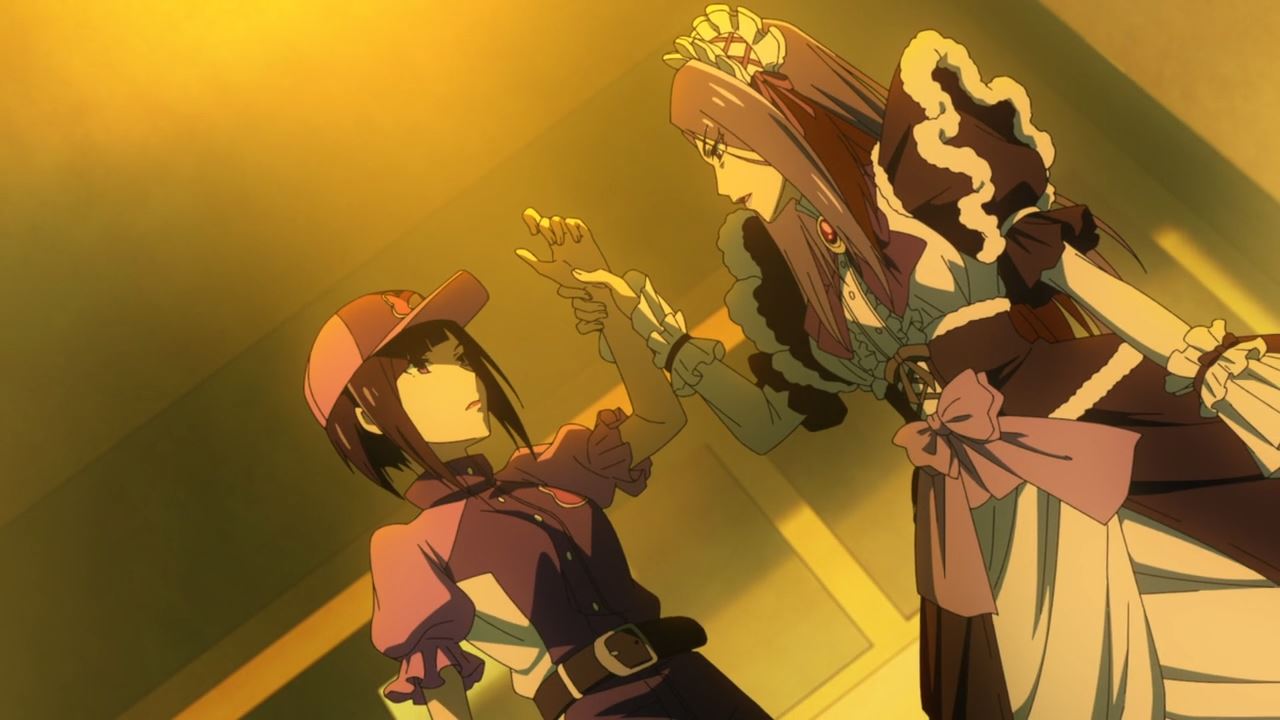 Anyways, what a wild baseball episode where despite having two casualties, the match didn’t end with an all-out brawl as it’s all thanks to Nagomi Wahira who insisted in applying fair play throughout the match. Of course, I hope she won’t get long-lasting injuries as Nagomi received lots of abuse from the opposing team.

With that said, I’ll see you next time as while Ton Tokoton Café survived yet again, Chairman Nagi will continue to take down one of the liabilities within the Creatureland Group.