Legend of the Galactic Heroes: Die Neue These Episode #40 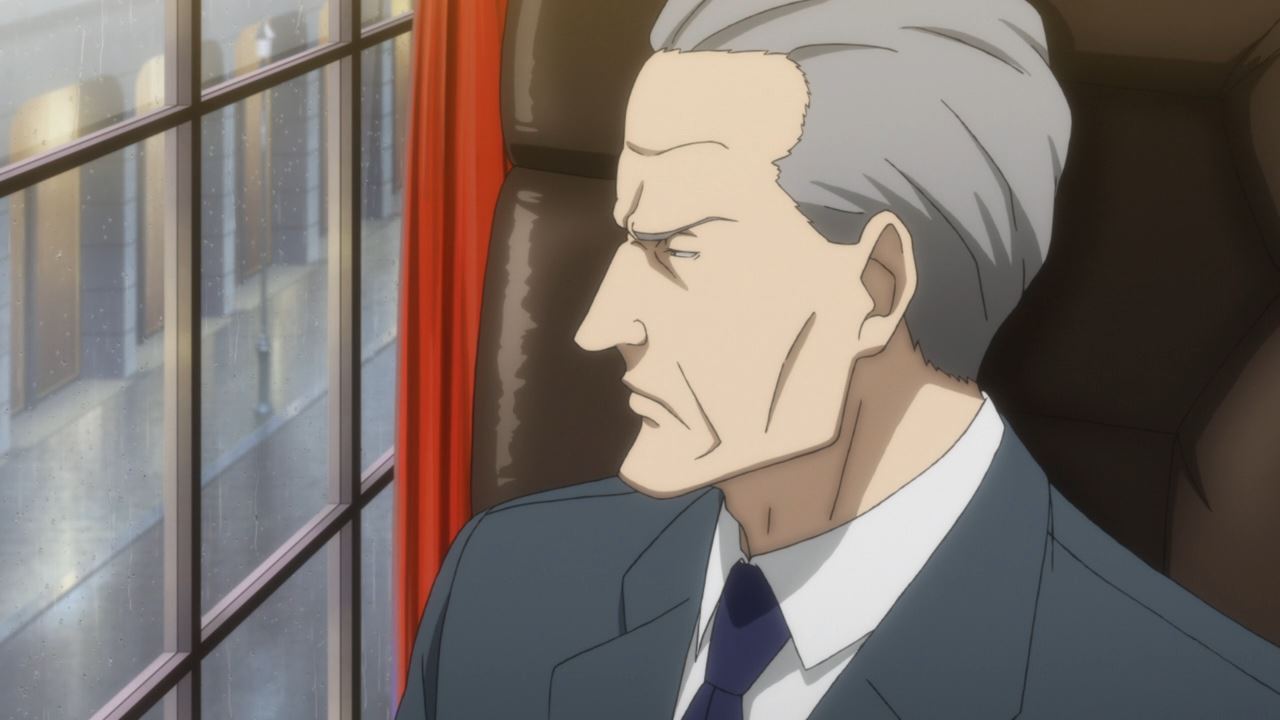 Let’s begin with Commissioner Nicholas Boltik where he’s really angry after failing to strike a deal with Reinhard von Lohengramm as the duke told him about letting his Imperial Fleet cross over the Fezzan Corridor.

Thus, Commissioner Nicholas Boltik has no choice but to let Count Alfred von Landsberg and Captain Leopold Schumacher to carry out their mission of smuggling Kaiser Erwin Josef von Goldenbaum II out of Odin. 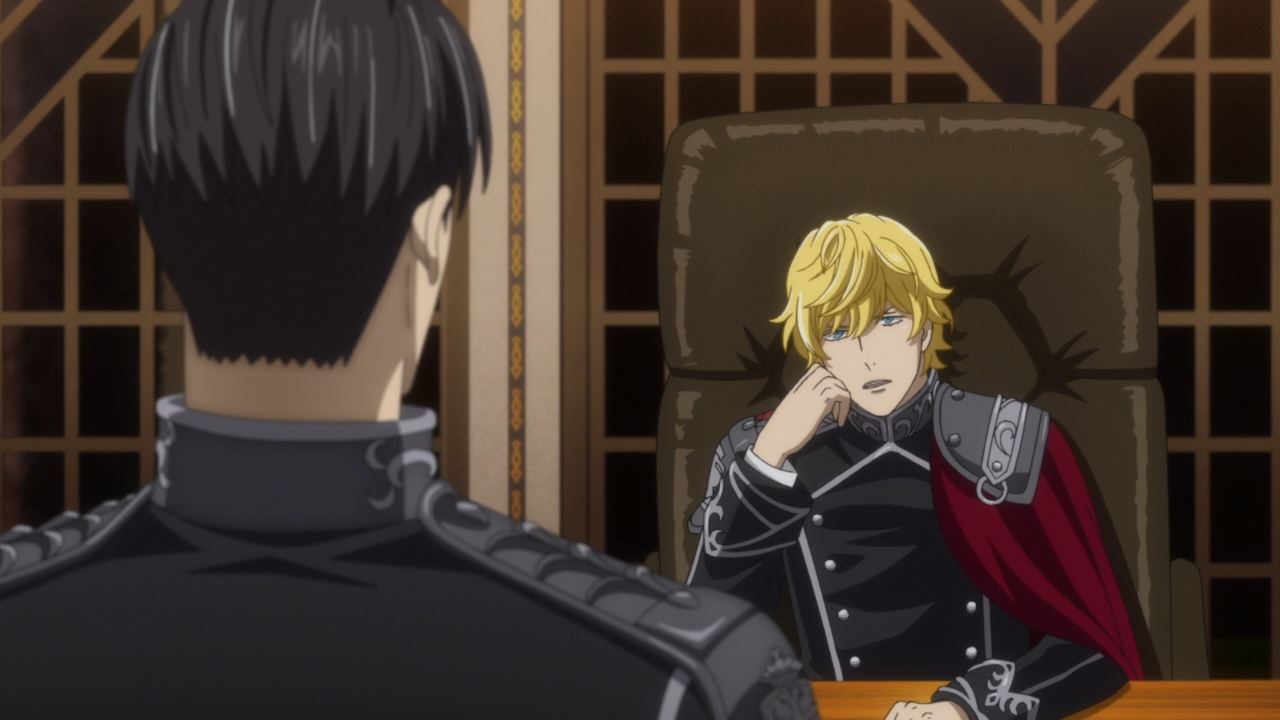 And speaking with Duke Lohengramm, he told the Chief of Staff, High Admiral Paul von Oberstein, to reduce the security inside the Neue Sanssouci Palace as he’ll let Count Landsberg and Captain Schumacher kidnap the child emperor. Of course, if someone will take the responsibility for the lack of security inside the palace, Duke Lohengramm will pin the blame on Vice Admiral Molt as he wants to keep Ulrich Kesler under his wing.

One more thing, Duke Lohengramm ordered High Admiral Oberstein to take one of Ludwig III’s grandchildren, a 5-month old baby girl, as Erwin Josef II’s successor to the imperial throne. While the duke’s plan to have an infant take the throne is ridiculous, it’ll be easier for Reinhard von Lohengramm to snuff out the remaining members of the Goldenbaum Dynasty in the future. 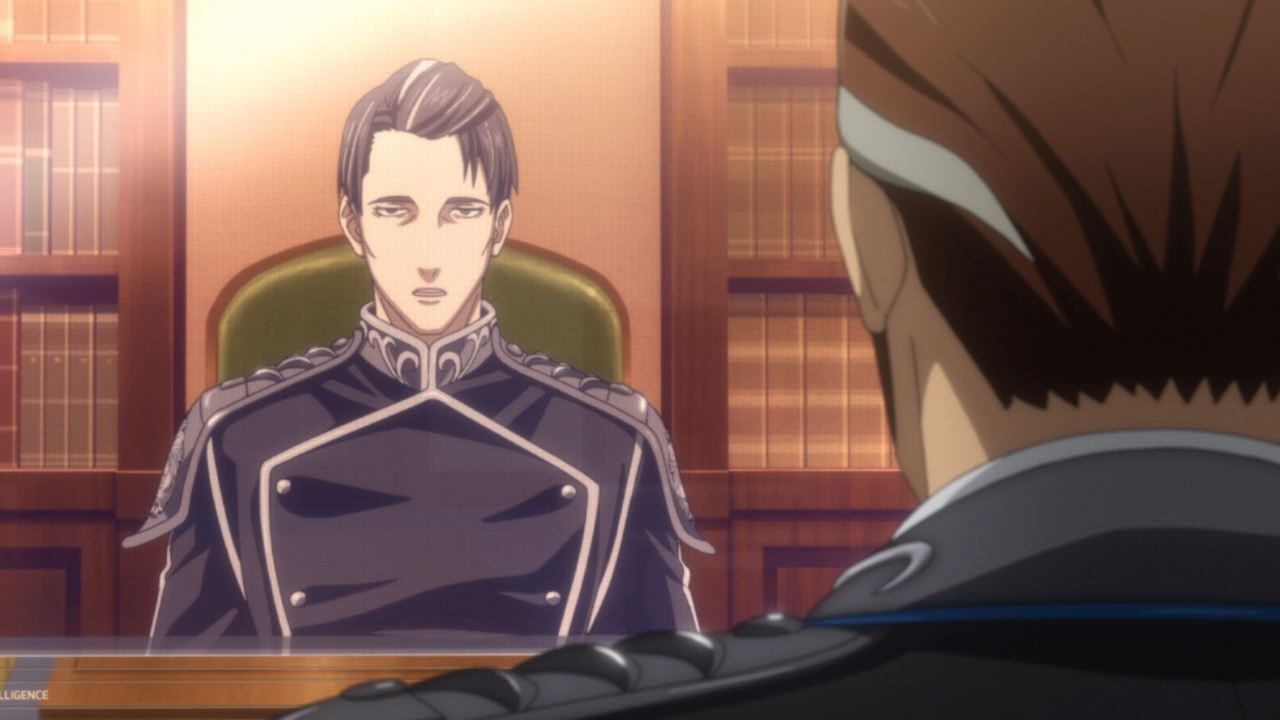 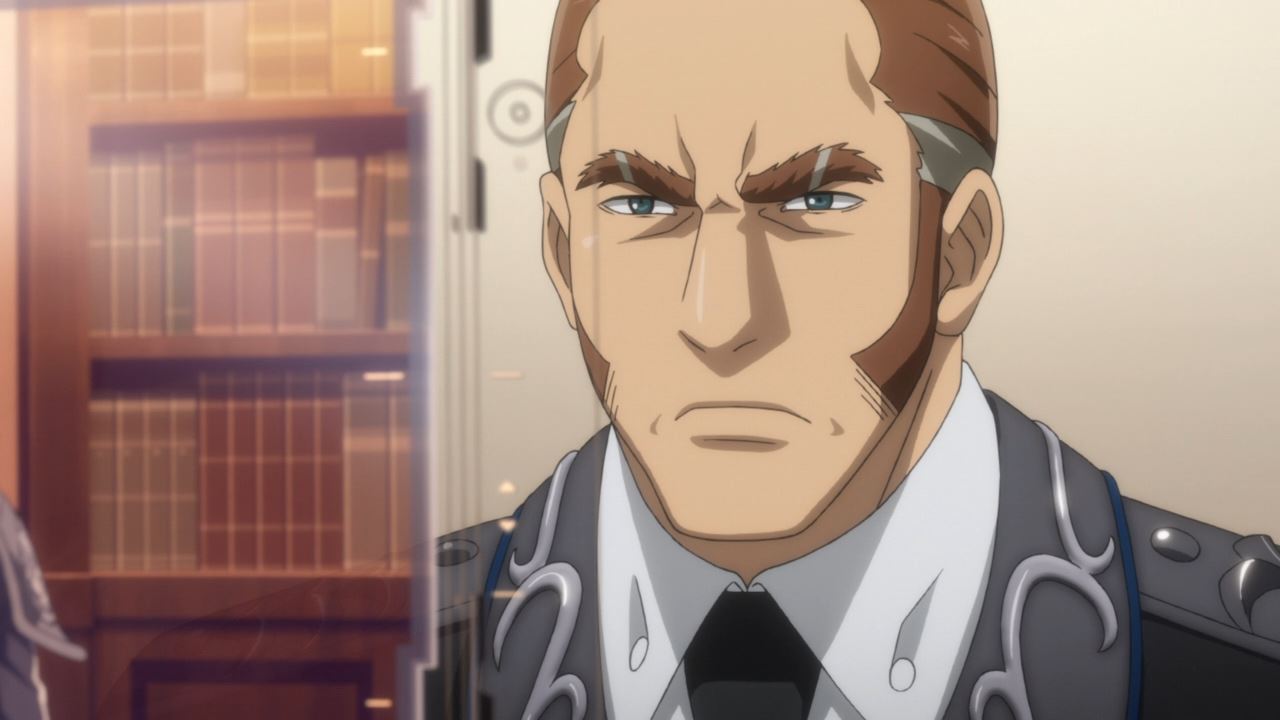 And while Superintendent Kesler was puzzled by this strange order, it’s all part of Duke Lohengramm’s plan to gain control over the Galactic Empire while the Lippstadt remnants uses Kaiser Erwin Josef II’s presence to establish a government-in-exile. 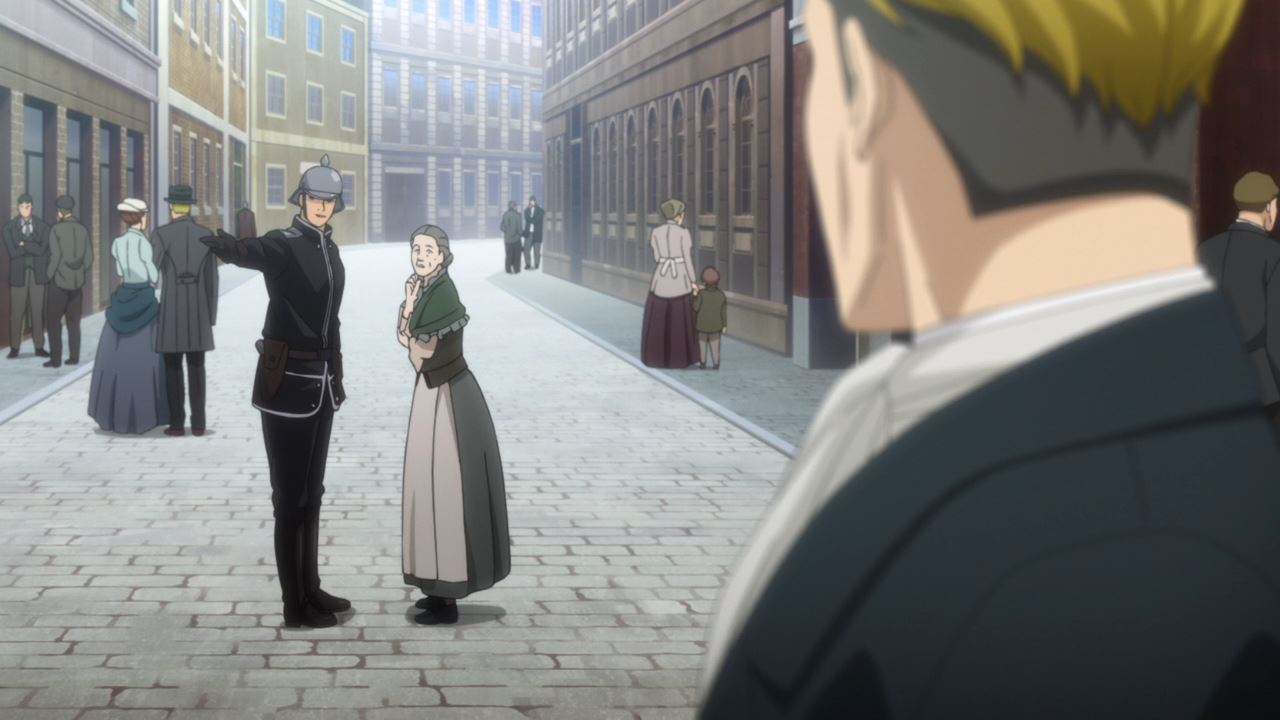 Now let’s move onto Captain Leopold Schumacher where he noticed that the capital planet of Odin has changed thanks to Duke Reinhard von Lohengramm’s reforms. Everyone can walk freely and visit various facilities without being persecuted.

While Captain Schumacher is somewhat happy that those reforms are being implemented across the empire, he has a job to accomplish. 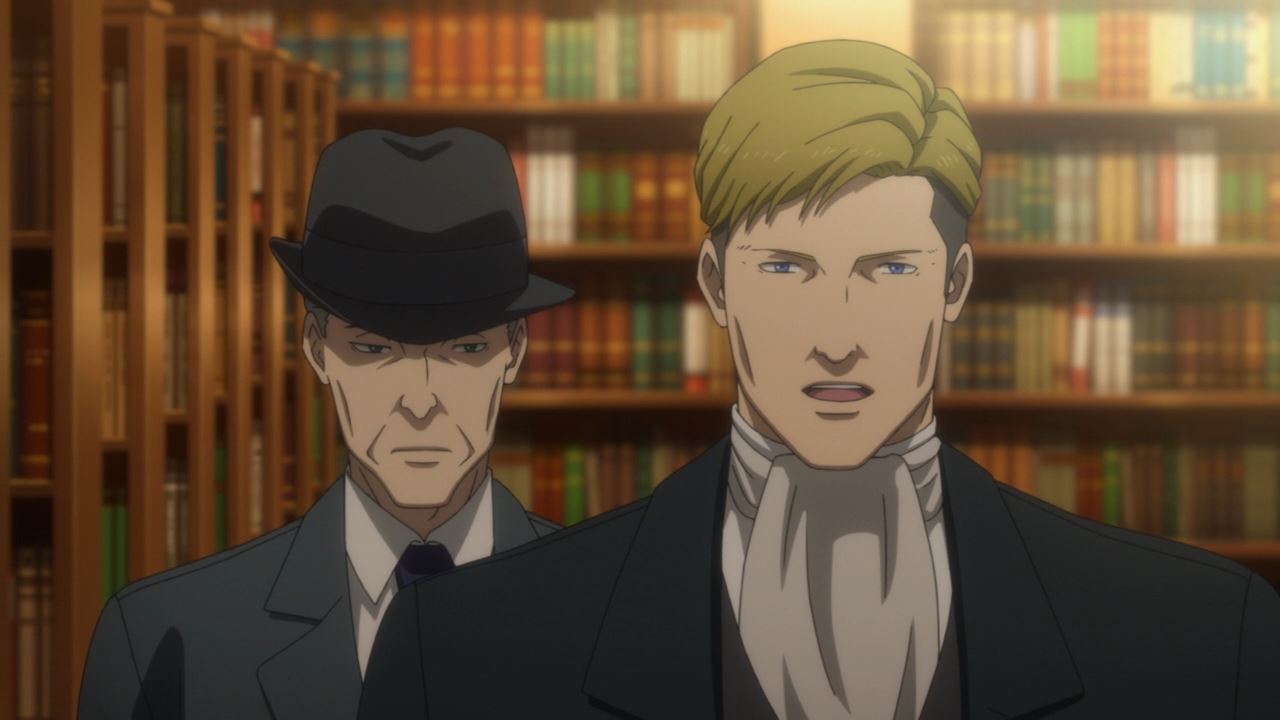 So, he asked Commissioner Nicholas Boltik for assistance to create a diversion as Captain Leopold Schumacher and Count Alfred von Landsberg don’t want to get caught and executed when capturing the child emperor.

Of course, there’s no guarantee that Commissioner Boltik will help the defectors as Duke Lohengramm and his allies will thwart their plans. 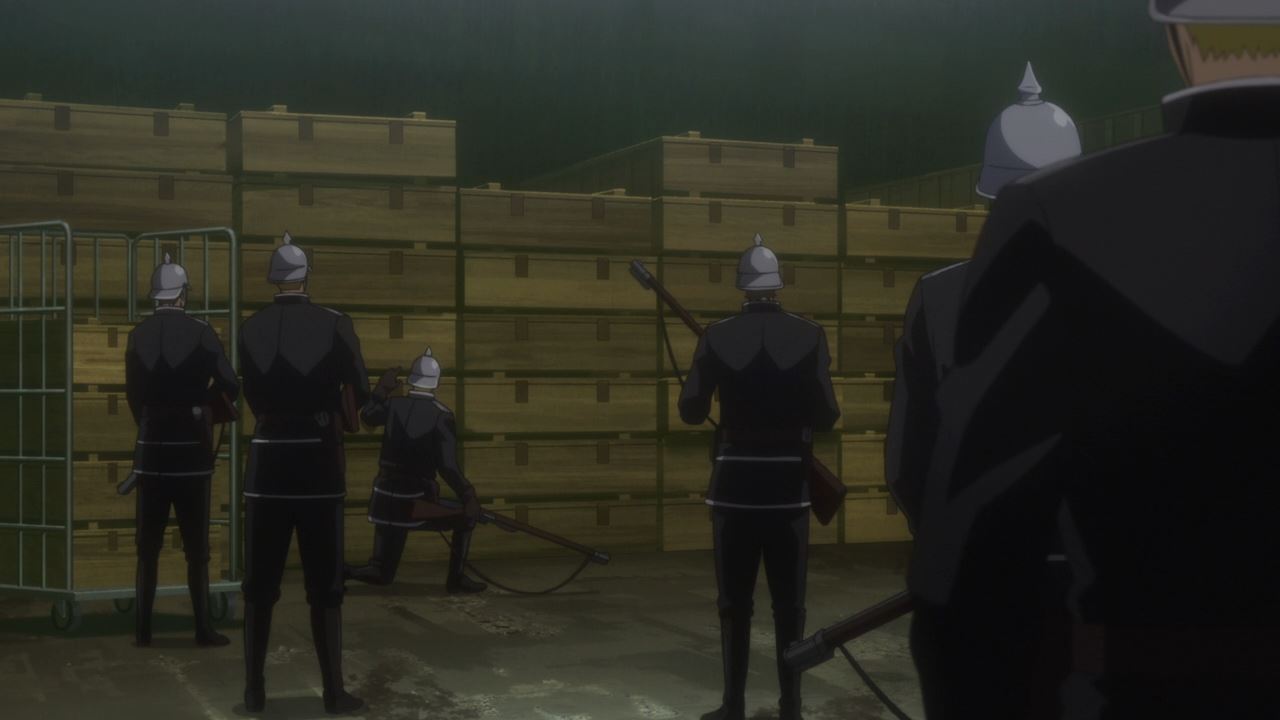 Then again, let’s not forget that Duke Reinhard von Lohengramm will let them have Kaiser Erwin Josef von Goldenbaum II as he’ll gain political power inside the Galactic Empire.

So, Commissioner Nicholas Boltik brought his Fezzani agents to stage a diversion by throwing a stockpile of smuggled weapons inside an abandoned warehouse, thus the military police will pay attention on finding those smugglers. 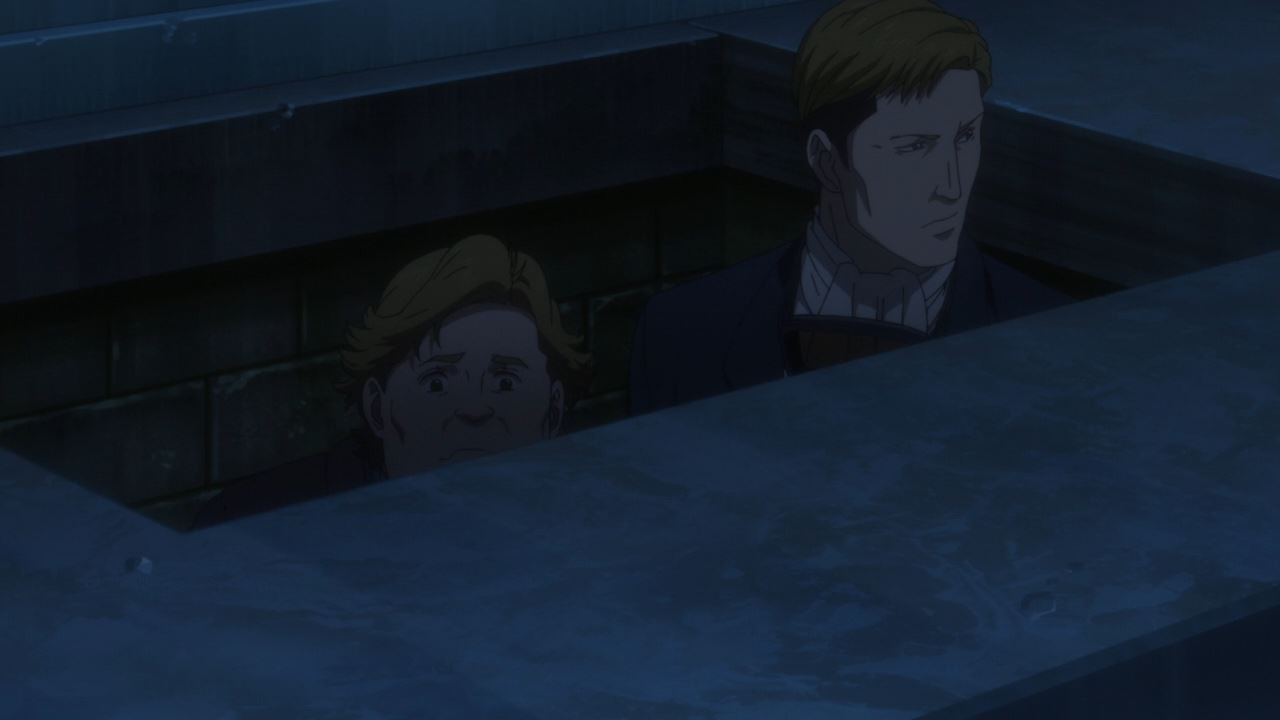 And thanks to those Fezzani agents, both Count Alfred von Landsberg and Captain Leopold Schumacher can finally infiltrate the Neue Sanssouci Palace without being seen by guards.

By the way, Count Landsberg managed to navigate the massive palace via the secret underground passage where the Goldenbaum Dynasty used it in case of emergency. 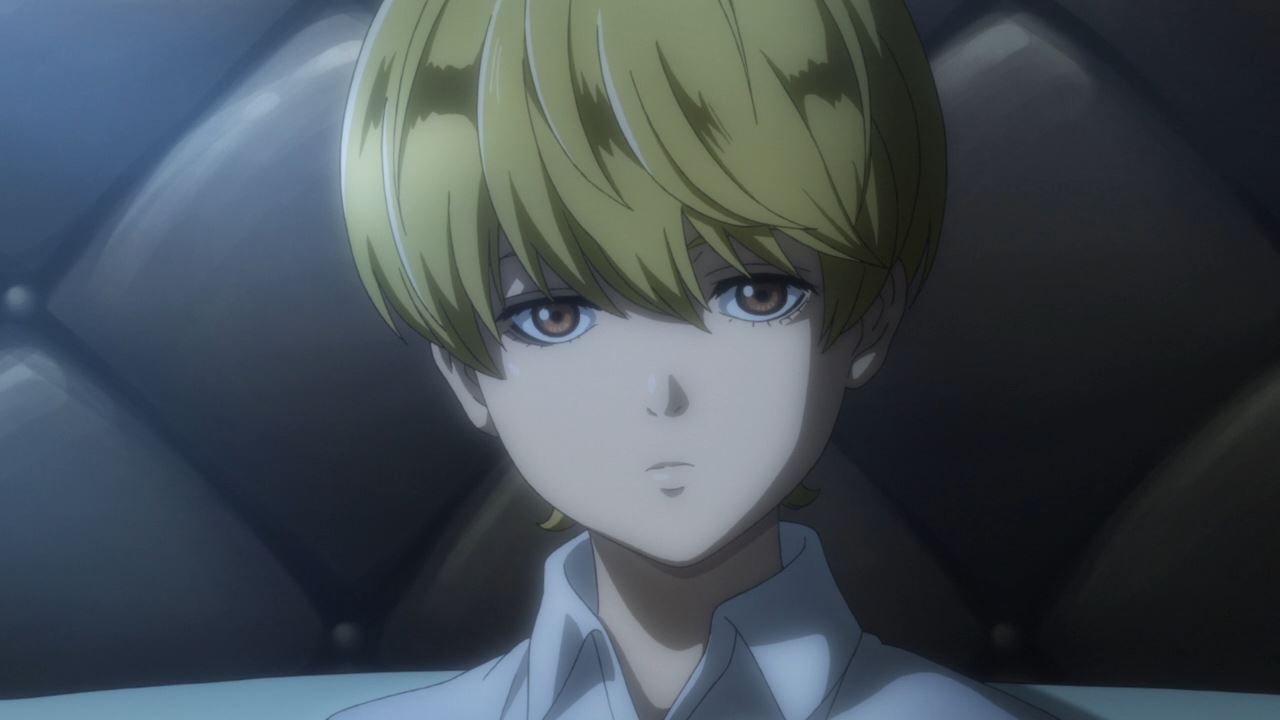 Anyways, they finally reached Kaiser Erwin Josef II’s room where Count Landsberg and Captain Schumacher are ready to take the child emperor out of his cage. 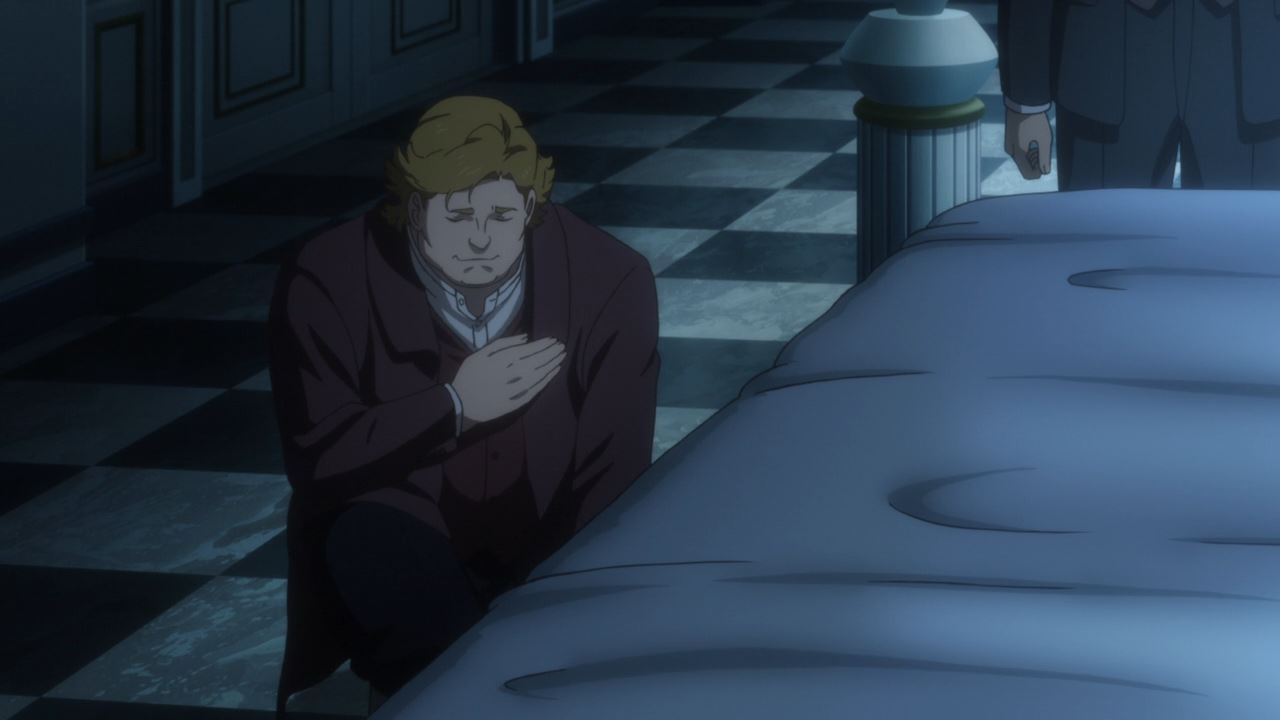 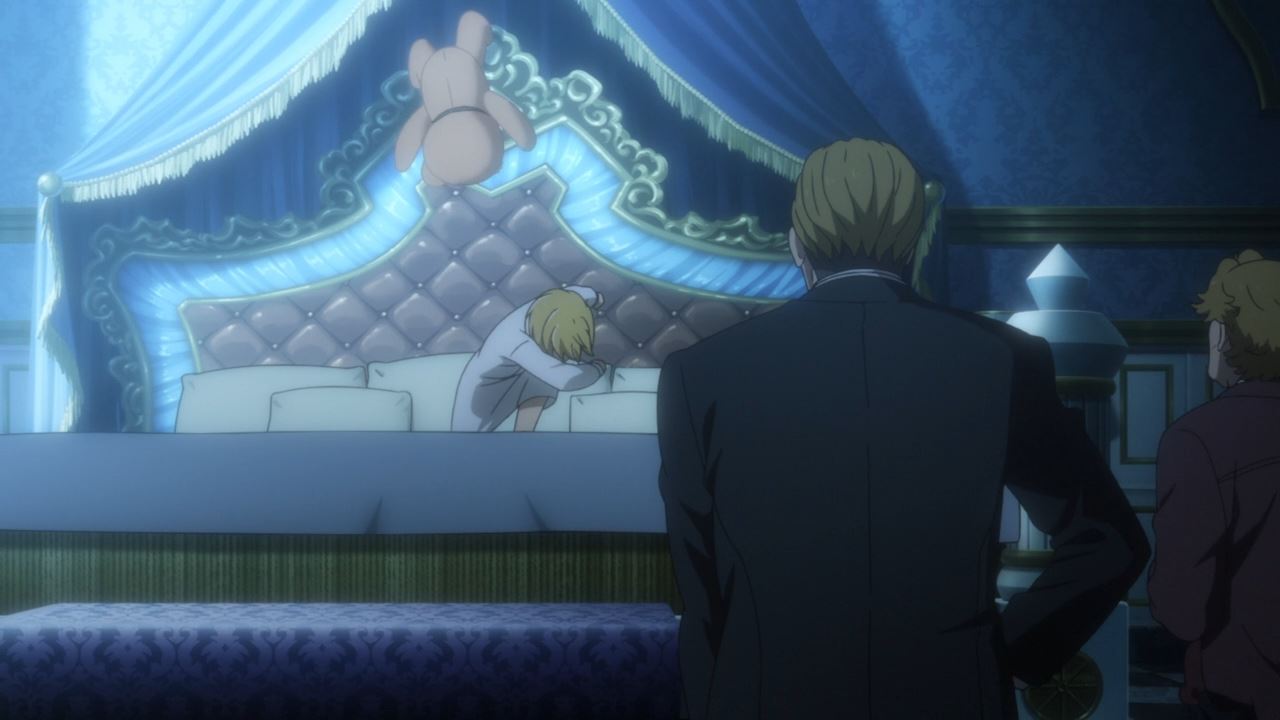 Unfortunately, the child emperor got into a tantrum where he doesn’t want anyone seeing him. Looks like Count Landsberg and Captain Schumacher will have to take some forceful measures to take Kaiser Erwin Josef II out of Odin. 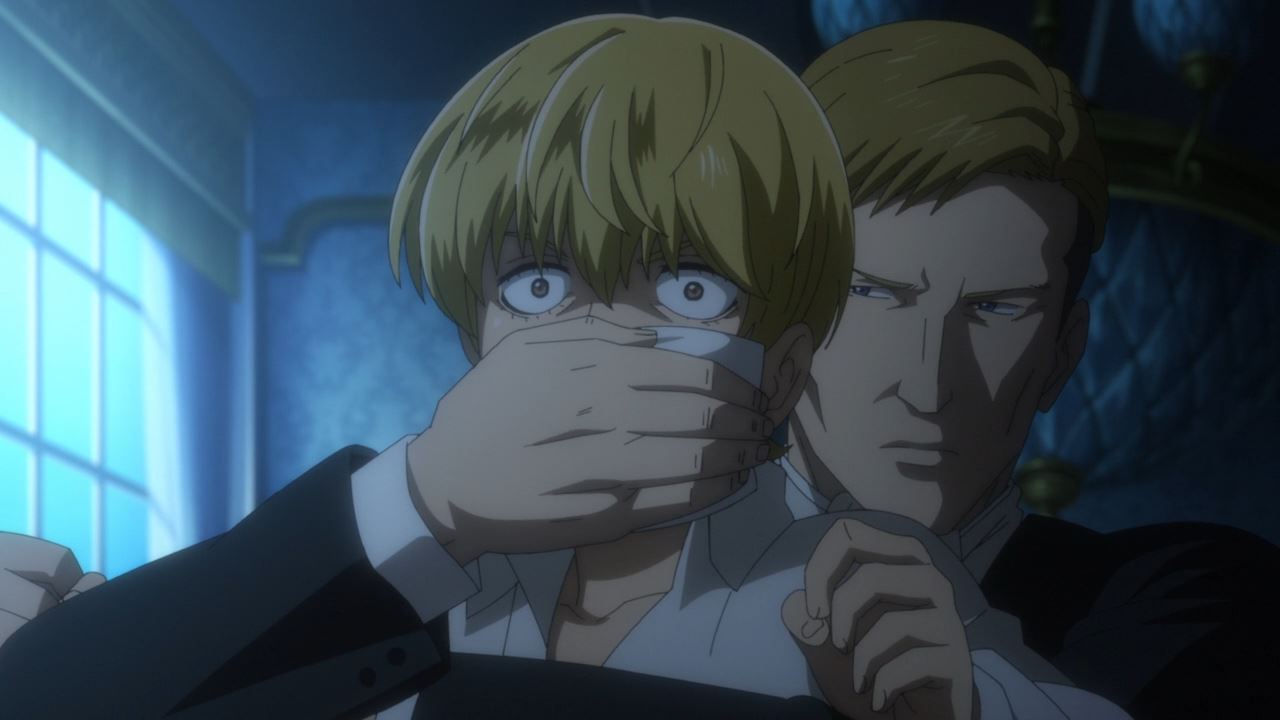 And so, looks like Captain Leopold Schumacher has no other choice but to knock Kaiser Erwin Josef von Goldenbaum II out cold. At this point, it’s no longer a rescue mission as they’re basically kidnapping the child emperor. 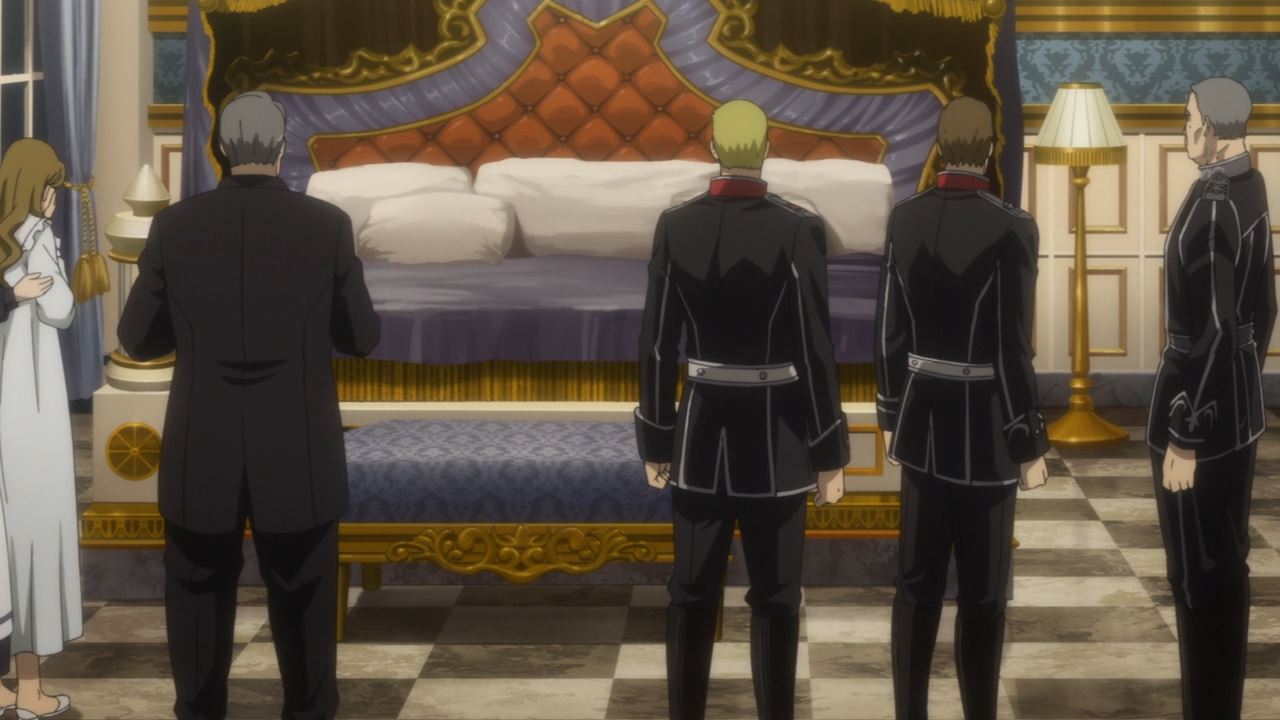 Anyways, both defectors managed to smuggle Kaiser Erwin Josef II out of the palace, although they haven’t left Odin yet as Superintendent Kesler and the military police are currently searching for Count Landsberg and Captain Schumacher. 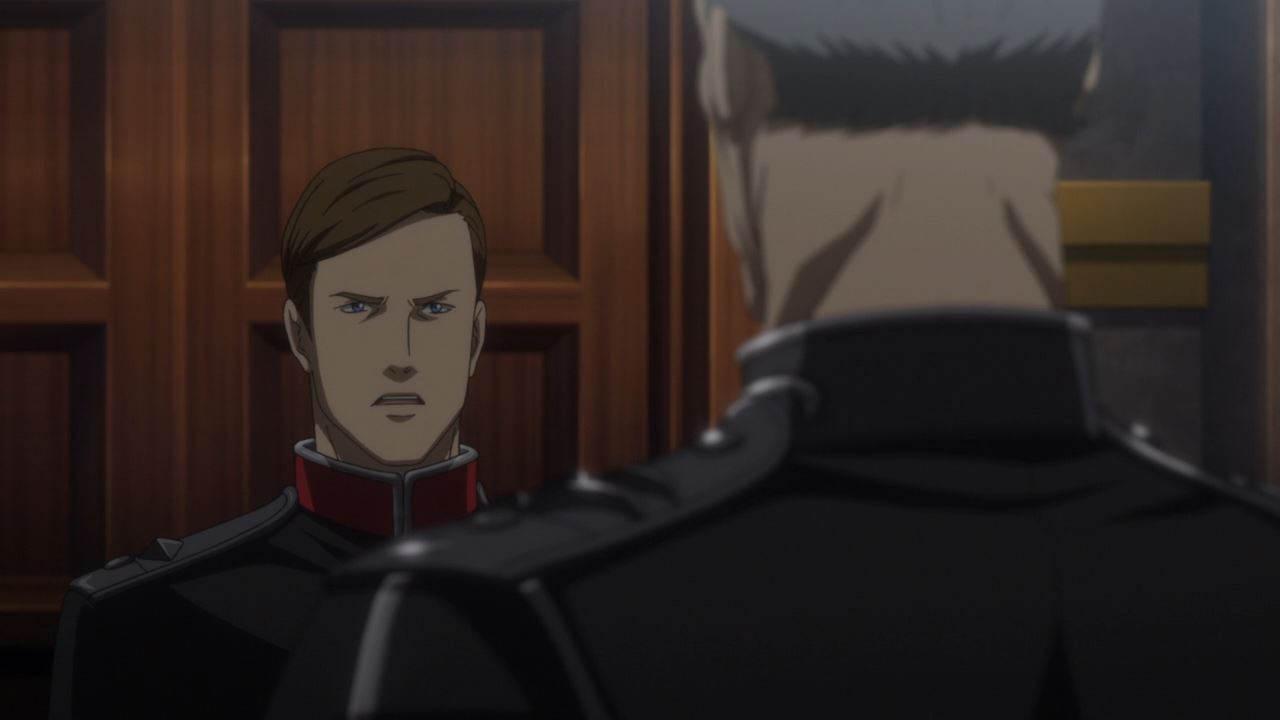 Of course, the only person who will take the fall is Vice Admiral Molt as one of his officers told the admiral that Count Alfred von Landsberg and Captain Leopold Schumacher used a secret passage to sneak into the Neue Sanssouci Palace. 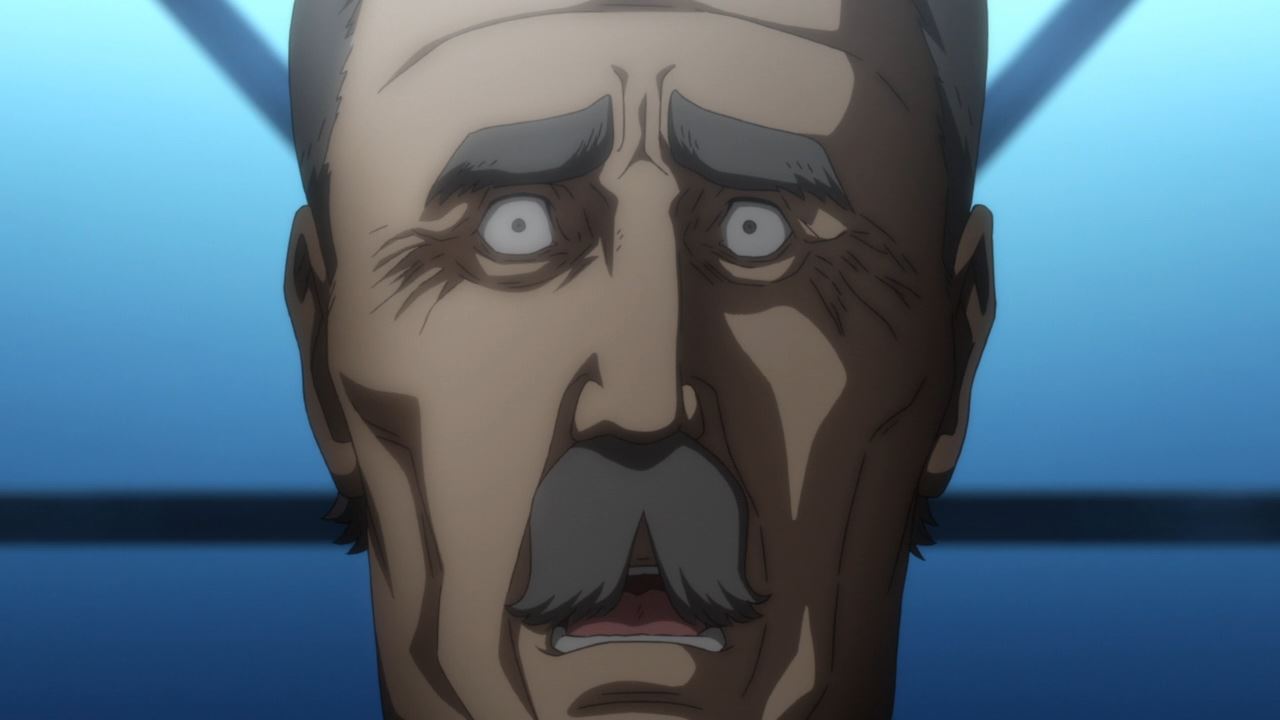 Anyways, tune in next time as Count Alfred von Landsberg and Captain Leopold Schumacher are running against time as they’ll have leave Odin towards the Fezzan Corridor.