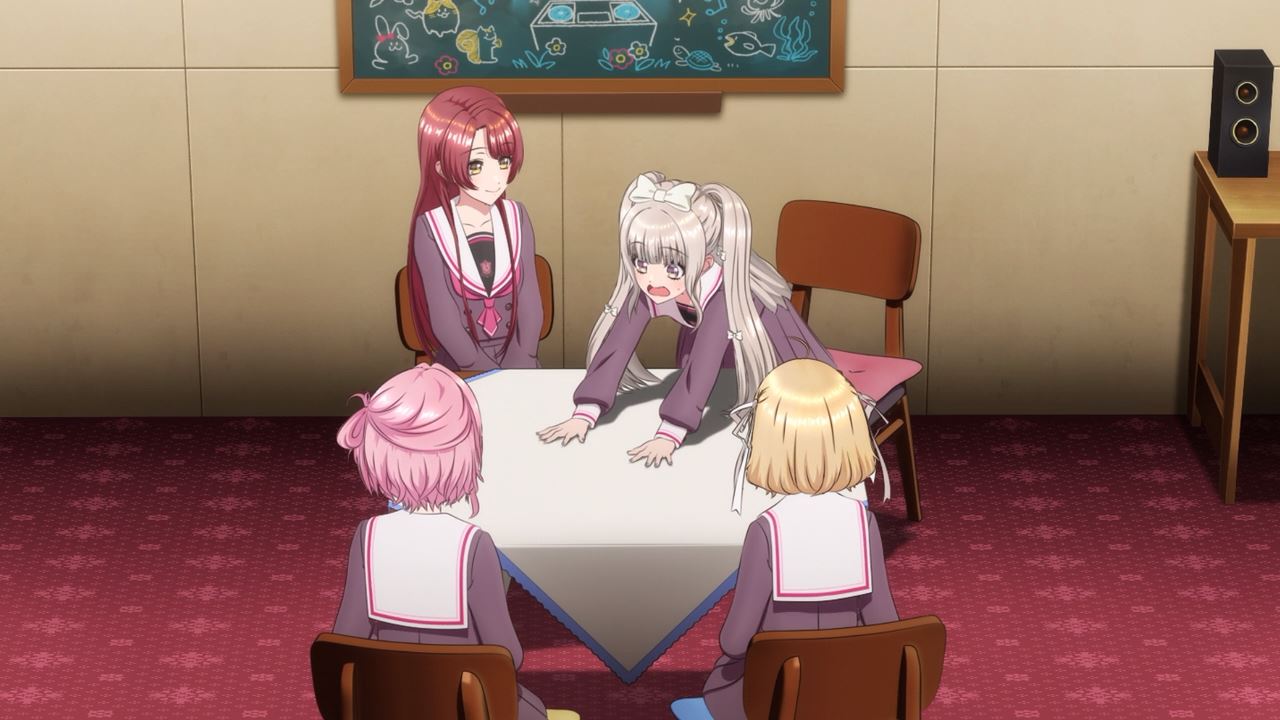 Well everyone, they managed to finish recording the sights and sounds of Hoki Shopping District as part of the town revitalization event. Oh, I forgot to mention that it’s called Operation Beckoning Cat.

While the event is gaining a lot of buzz as various DJ units are helping Lyrical Lily in rejuvenating a small community, all eyes are still on Peaky P-key where Kyouko Yamate and her crew released a brand-new song.

For Kurumi Shiratori and the rest, fan expectations are pretty high as they need to make a song that’ll reach the level of Peaky P-key. Of course, they need some inspiration but wait, spring is coming as Lyrical Lily will compose a song based on the month of March. 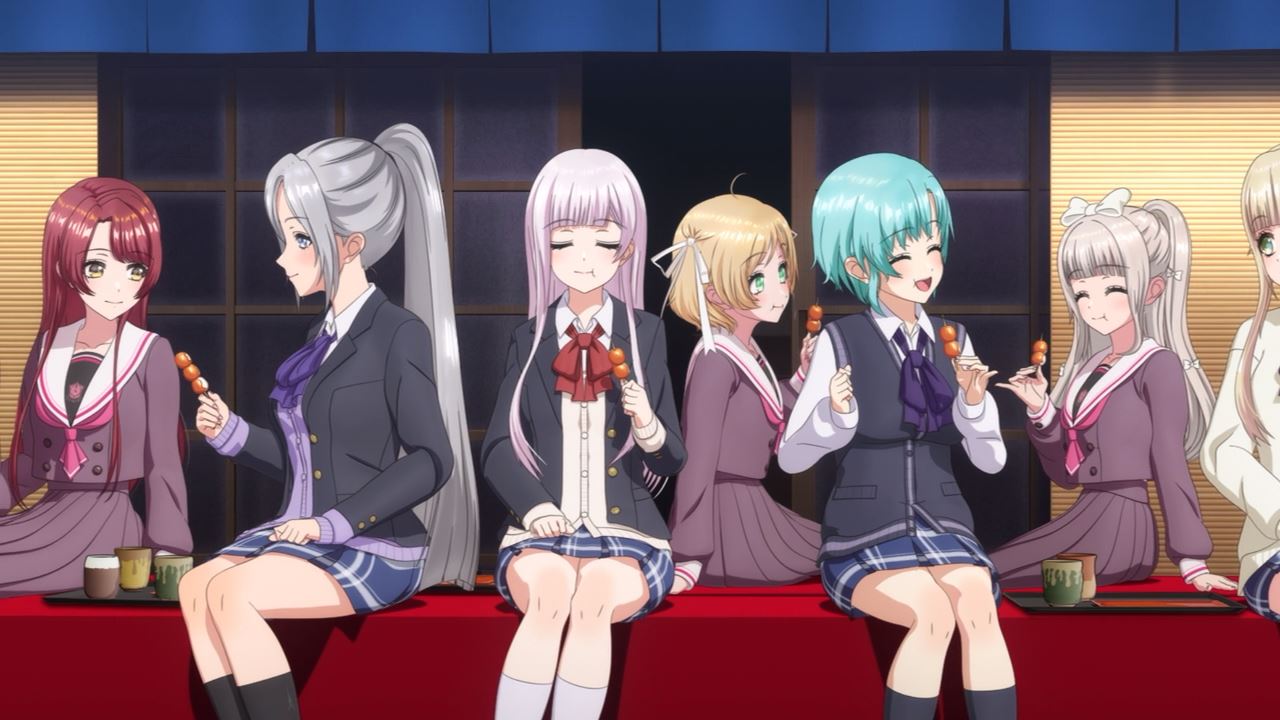 Unfortunately, they need to ask some advice from the likes of Photon Maiden where they’re eating dumplings while watching the flowers bloom, although I should say that they chose dumplings over flowers. 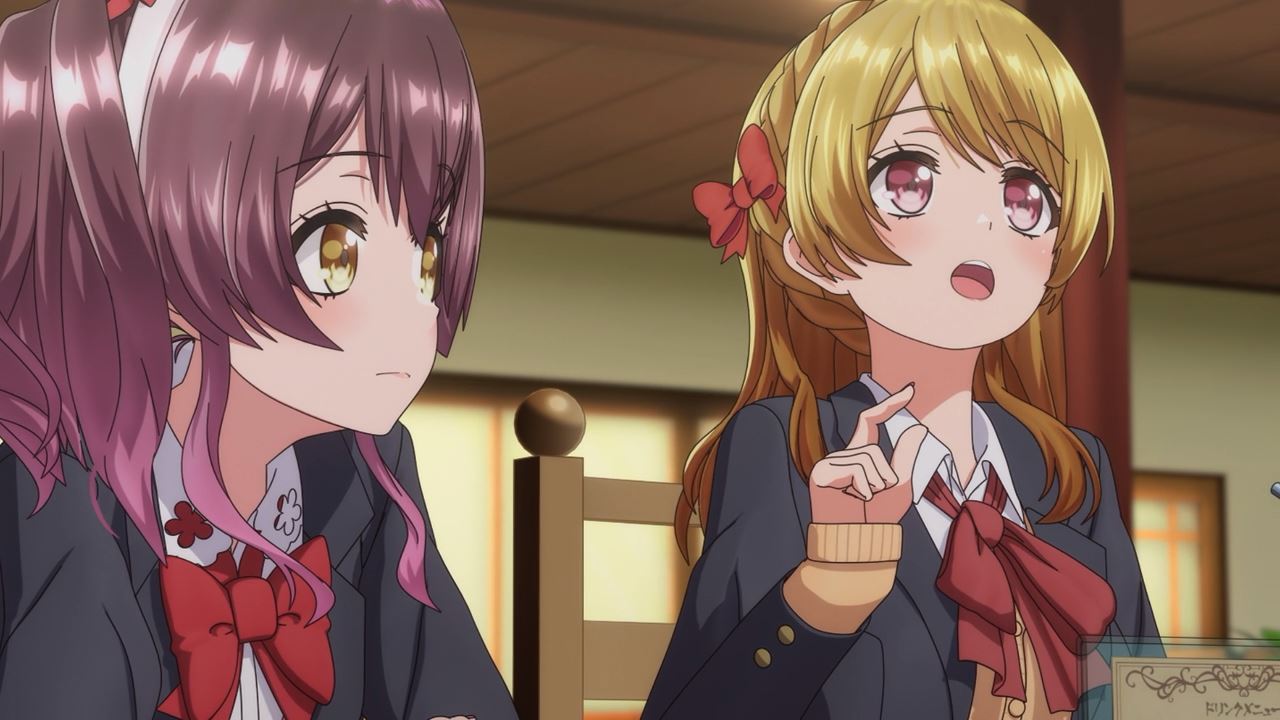 On the other hand, here’s Rinku Aimoto from Happy Around! where she suggested that Lyrical Lily should make a song based on Hina Matsuri, or Hina Doll Festival where it’s held on March 3. 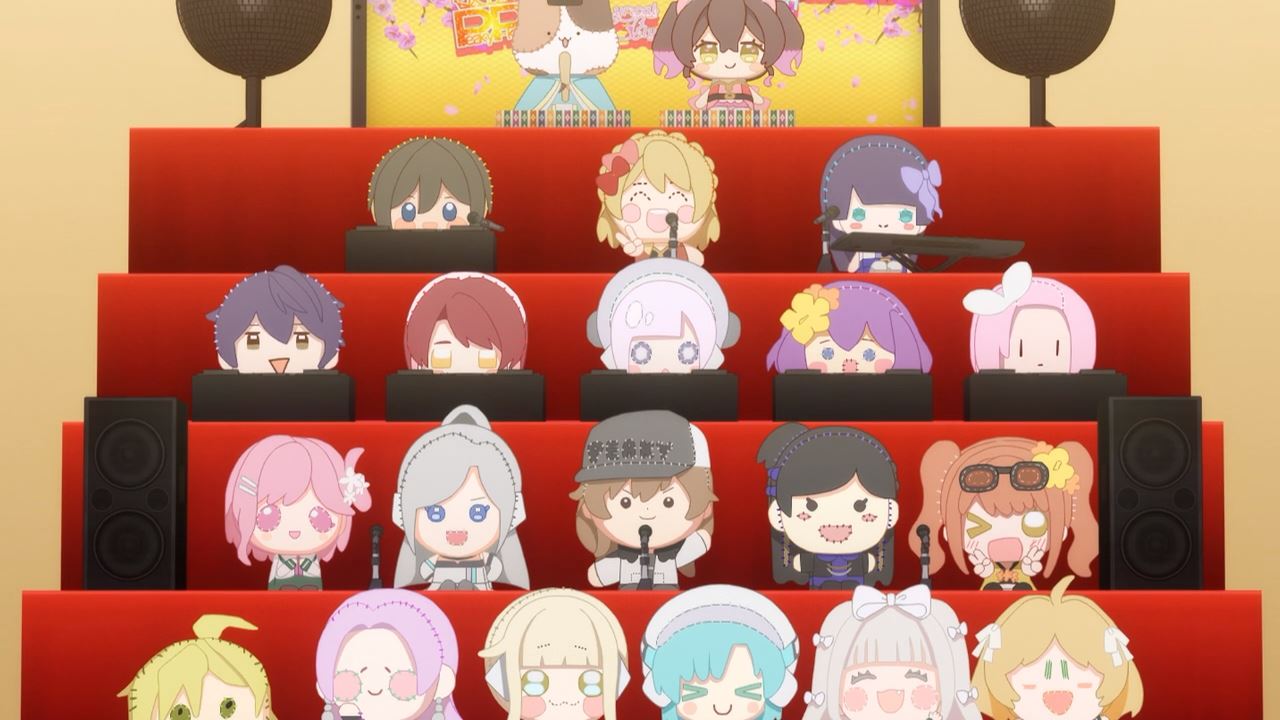 However, instead of traditional Hina dolls, all DJ units decides to make plushies instead. While they look cute as they put their time and effort in making them, Nagisa Tsukimiyama’s doll looks goofy as she made it in a jiffy. 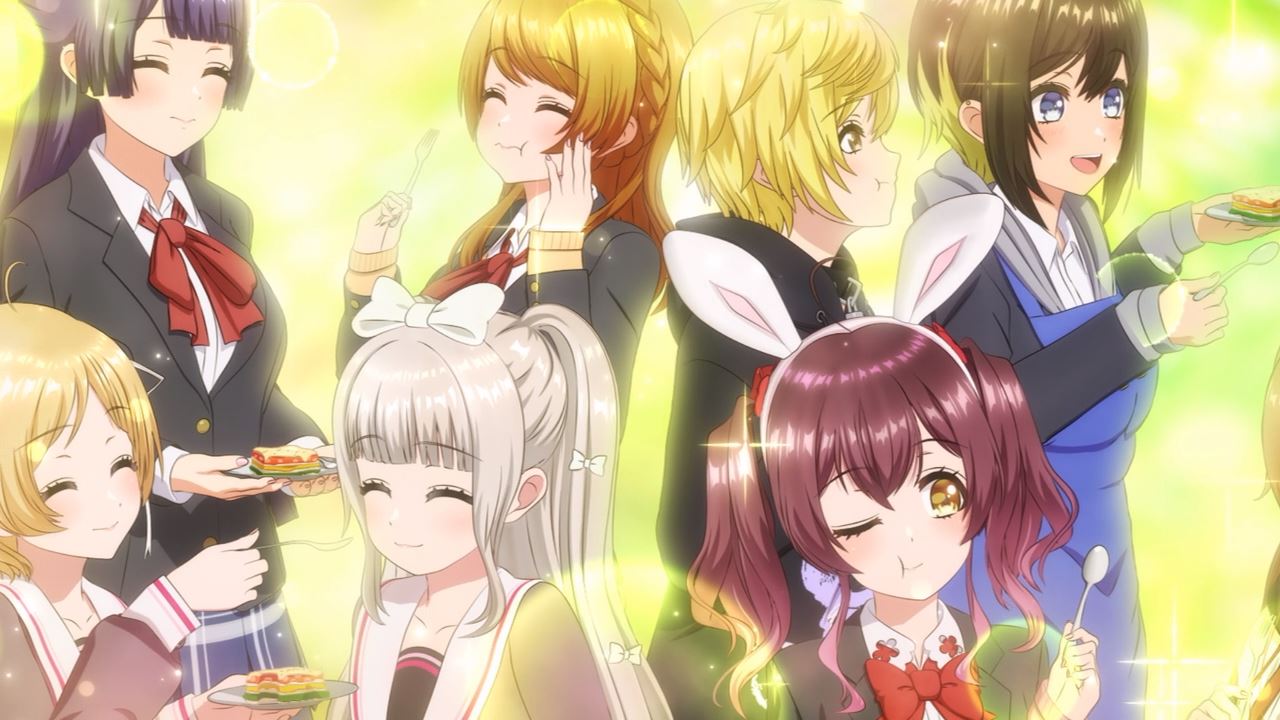 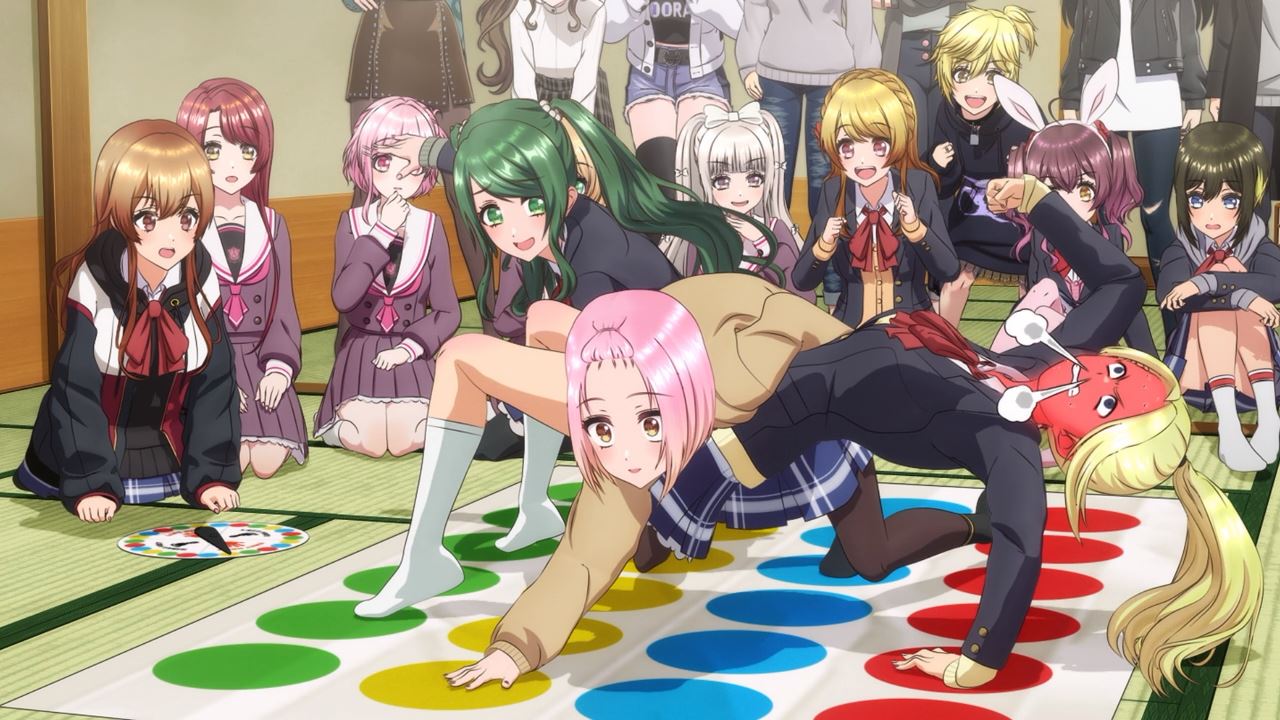 Aside from presenting their Hina dolls, the rest of the activity involves having a nice feast and playing Twister. I’m hoping that Jennifer’s muscles can hold Shinobu Inuyose. 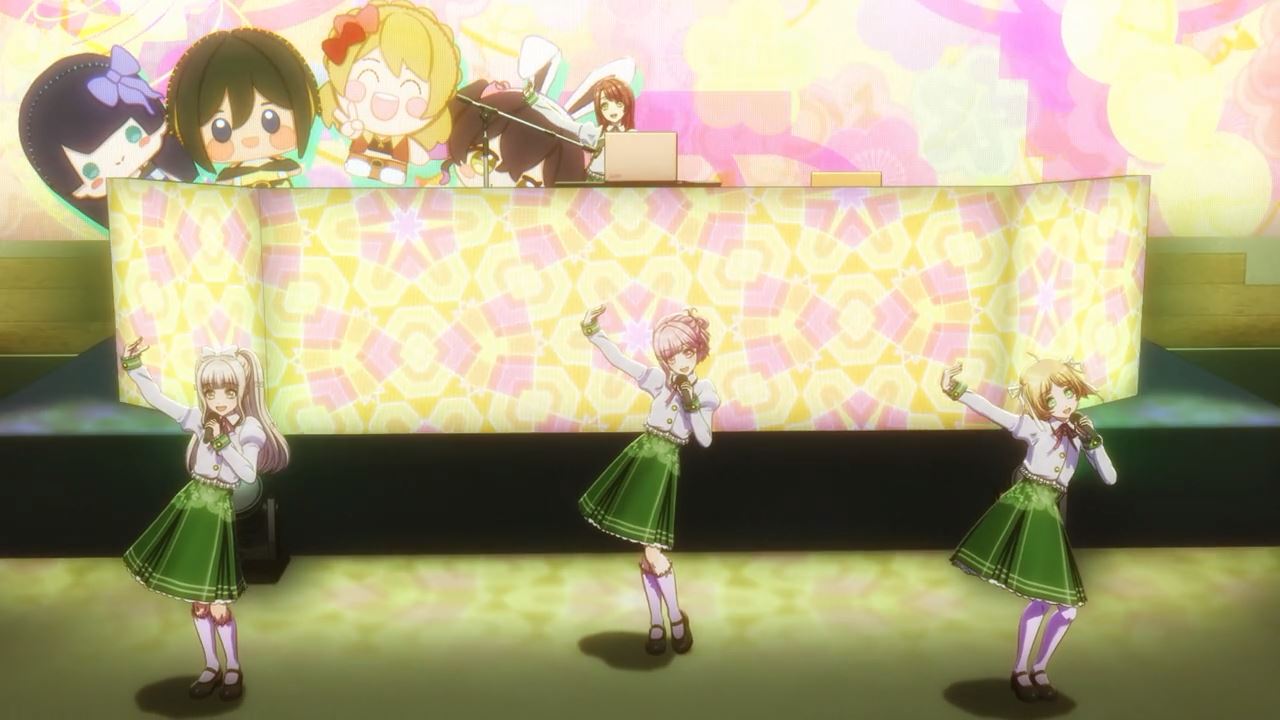 Thanks to their Hina Matsuri activities, Lyrical Lily made a song inspired by the festival. Their new song is titled “Haru to Chocola” which translated as “Spring with Chocolate”.

I have to admit that Miyu Sakurada and the rest of Lyrical Lily made a bangin’ song that’s on the same level as Peaky P-key’s “OVERWHELM!”. 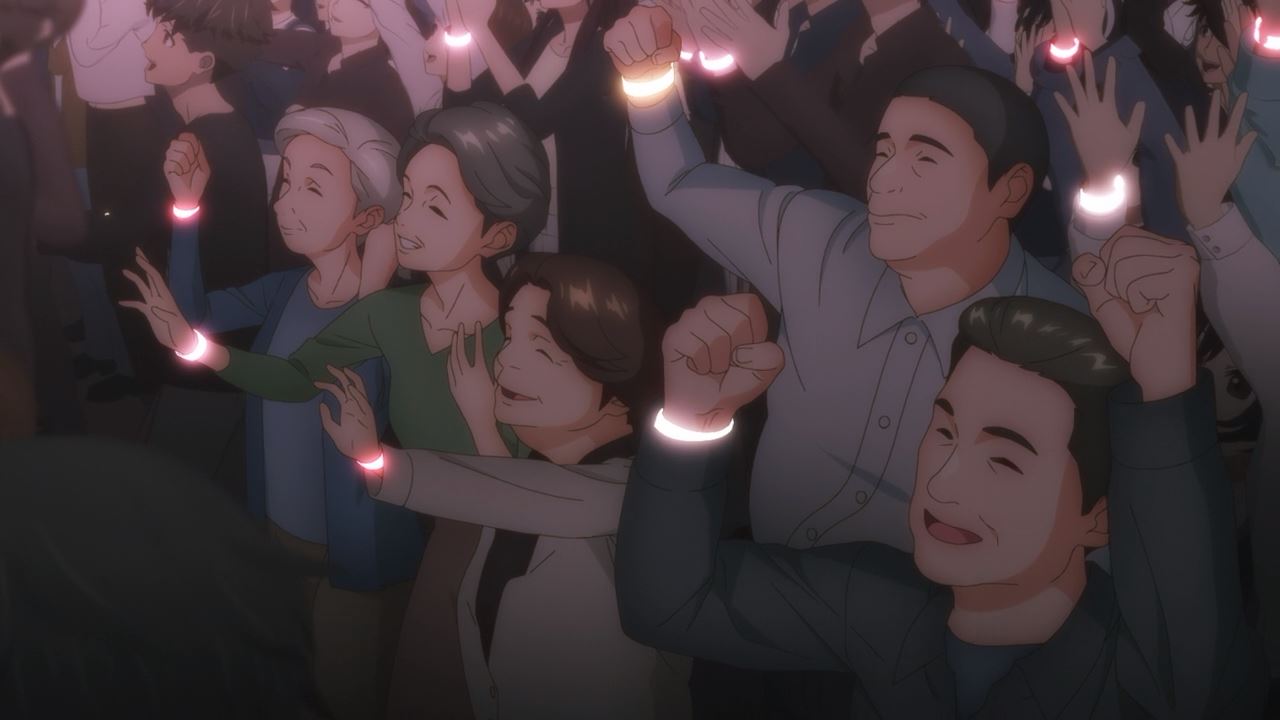 With that said, the crowd loved it as Lyrical Lily made a successful performance at Hoki Shopping District. They’re really stepping up their game as Lyrical Lily will take the DJ world by storm. 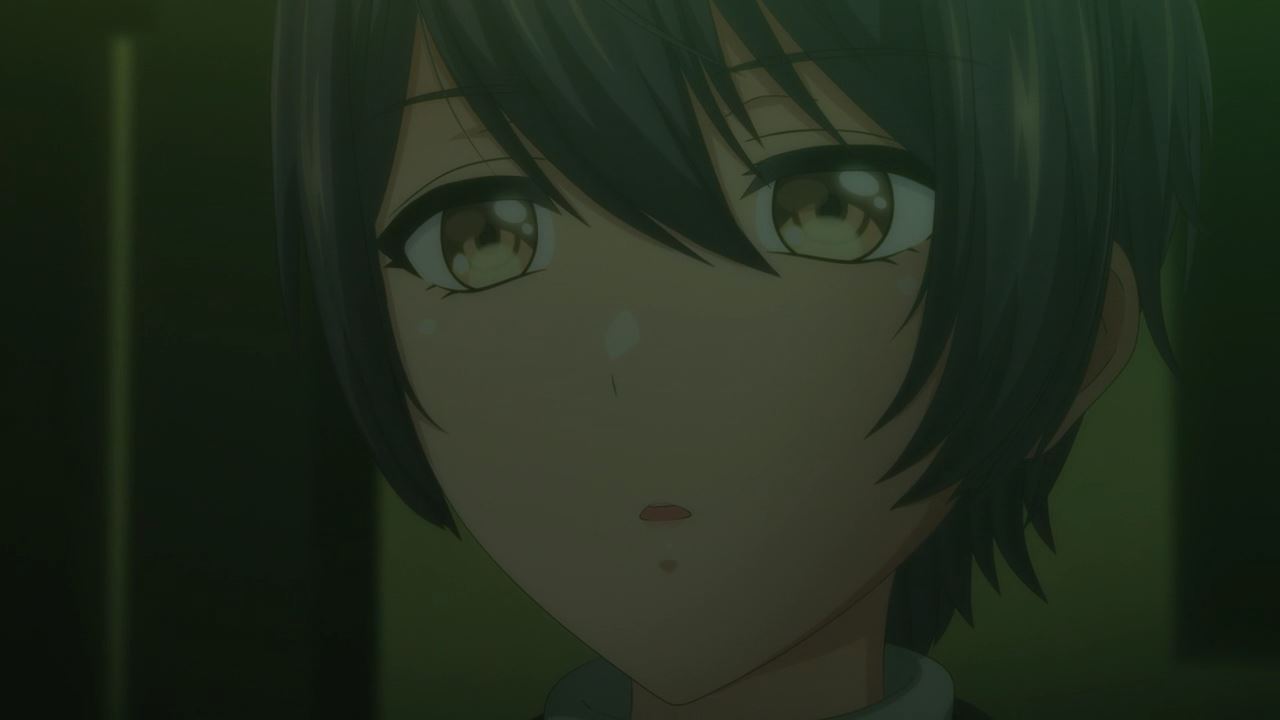 Of course, there’s Aoi Miyake from RONDO where she doesn’t want her DJ unit to be left behind as they’re gonna step up their game too upon seeing Lyrical Lily’s mini-concert. 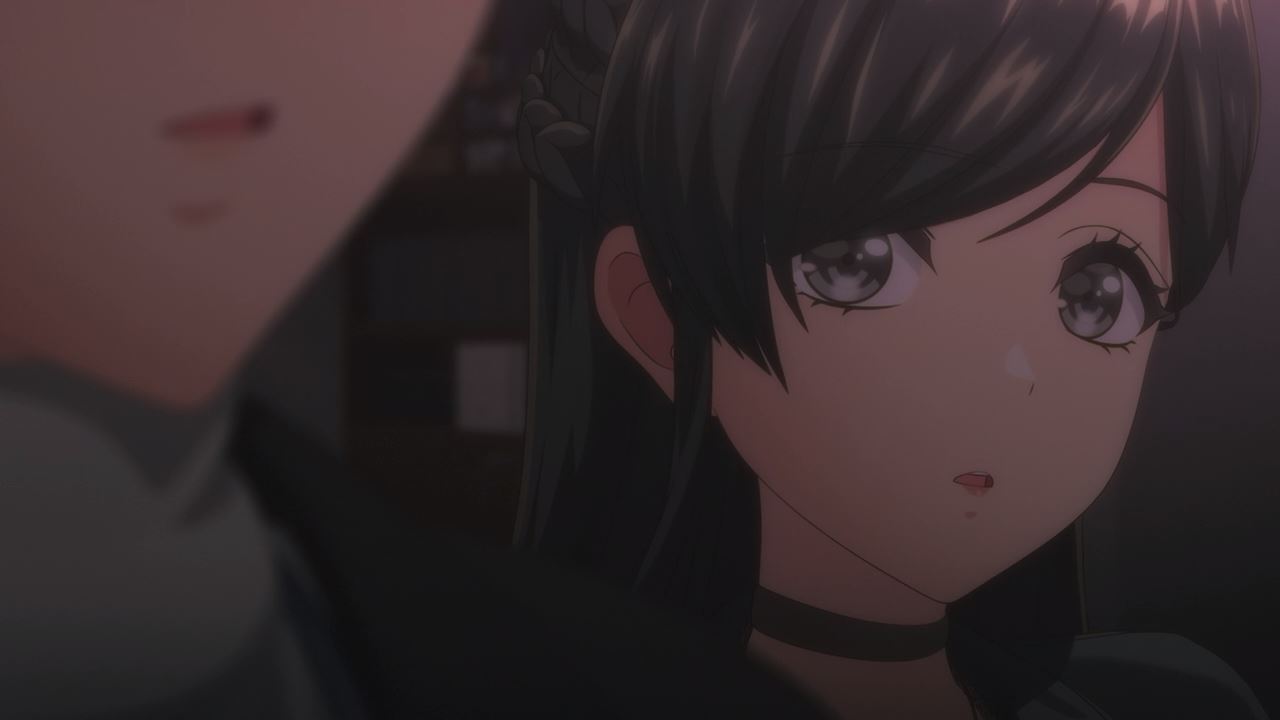 Well everyone, things are heating up in D4DJ All Mix where I’m looking forward for RONDO’s next move. Let’s hope that Tsubaki Aoyagi and the rest will take their unit to the next level as I’ll see you again!