The Rising of the Shield Hero Season 2 Episode #07 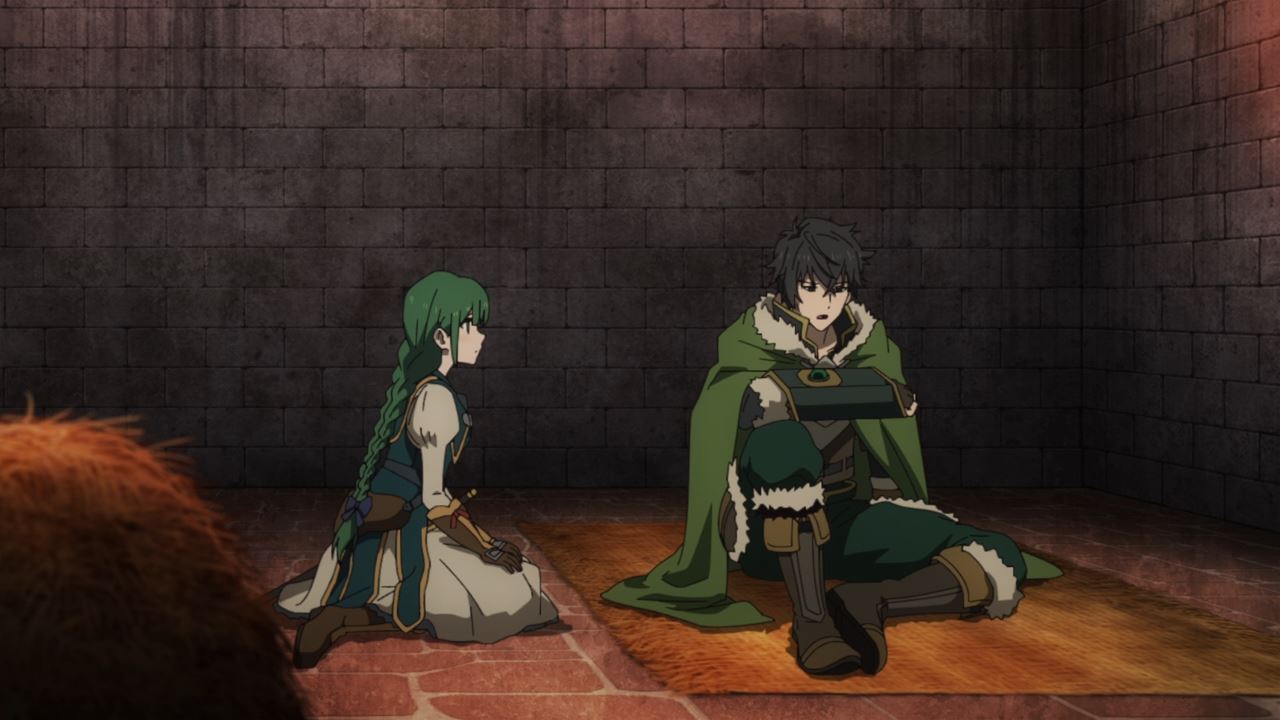 Well everyone, here’s Naofumi Iwatani and Rishia Ivyred where they’re not only transported to another world, but their levels went back to one.

This is really unfortunately whenever they went to a new world but where’s Filo and Raphtalia? 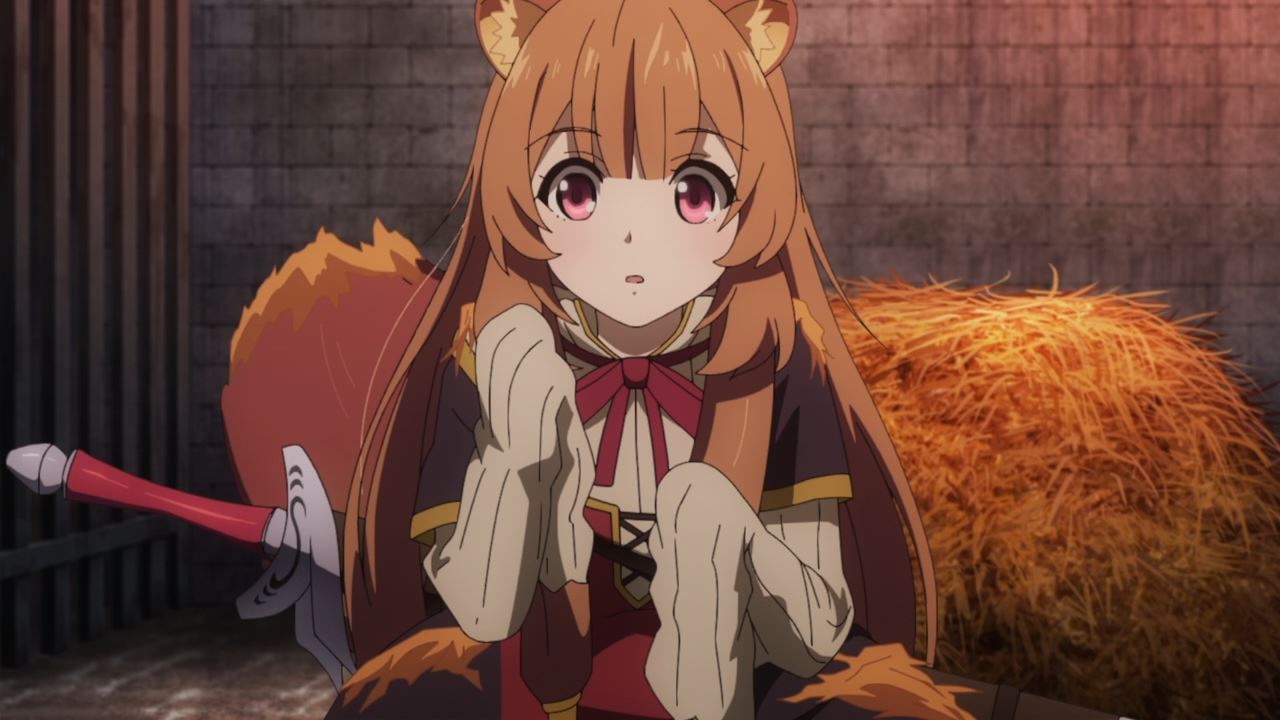 Well, Raphtalia is here, albeit her body regressed into a child as her level went back to one. Still, it’s nice to see Raphtalia in her child form for a long time.

As for Filo? I have a feeling that she reverted into an egg unless Filo went somewhere. 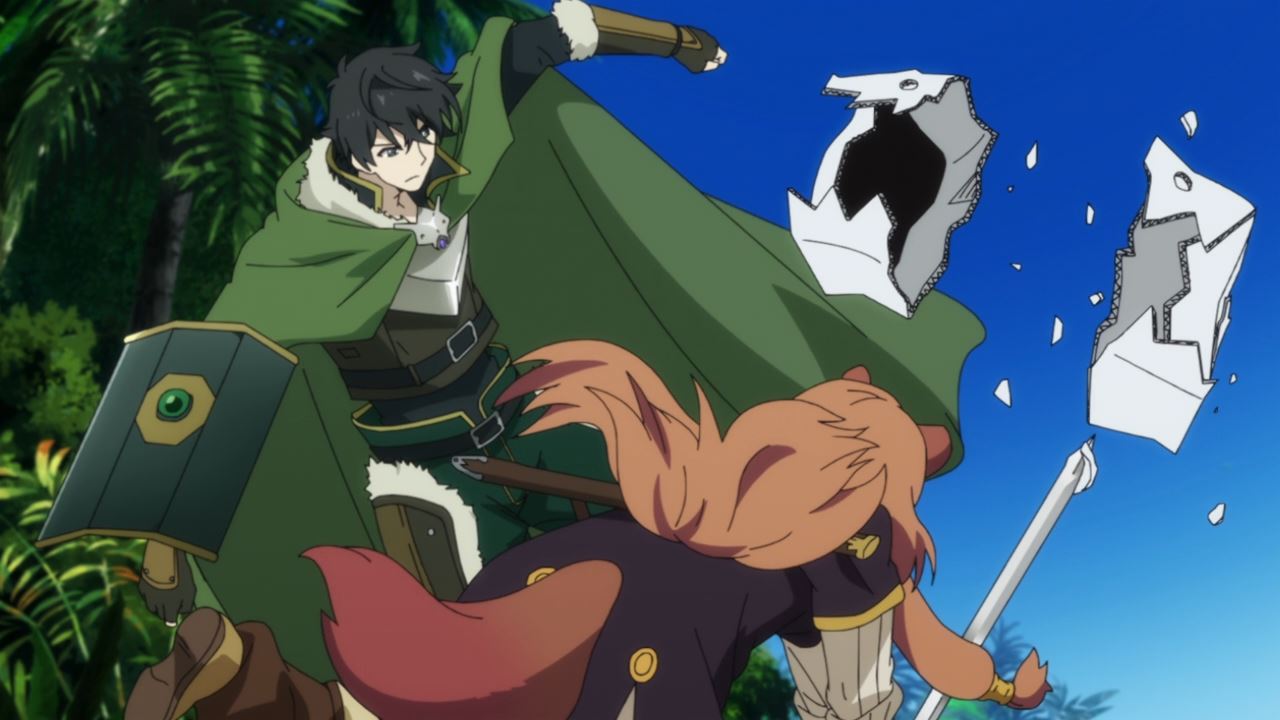 With that said, time to grind some levels until they’re strong enough to survive in this new world. Of course, some of the monsters looked weird like this cardboard box that acts like a slime. 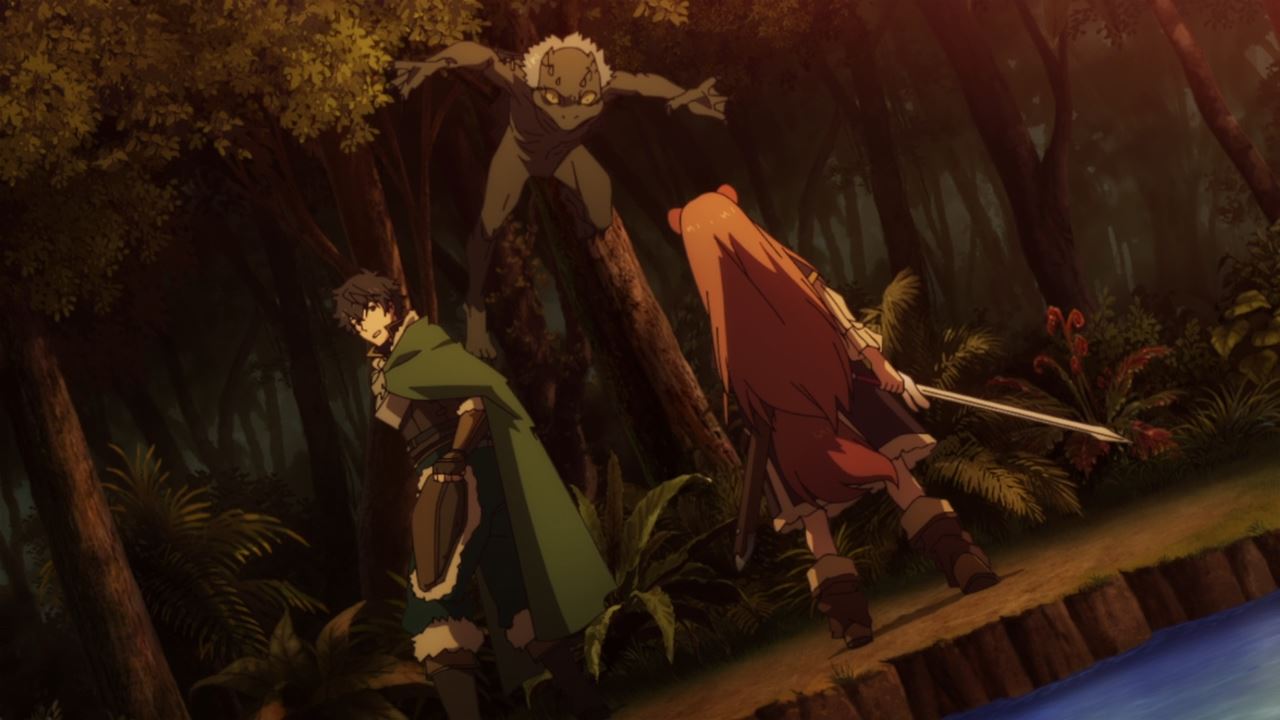 Oh, and this kappa over there in which it’s too dangerous to take it out. You don’t want Raphtalia getting killed in this new world while being underleveled. 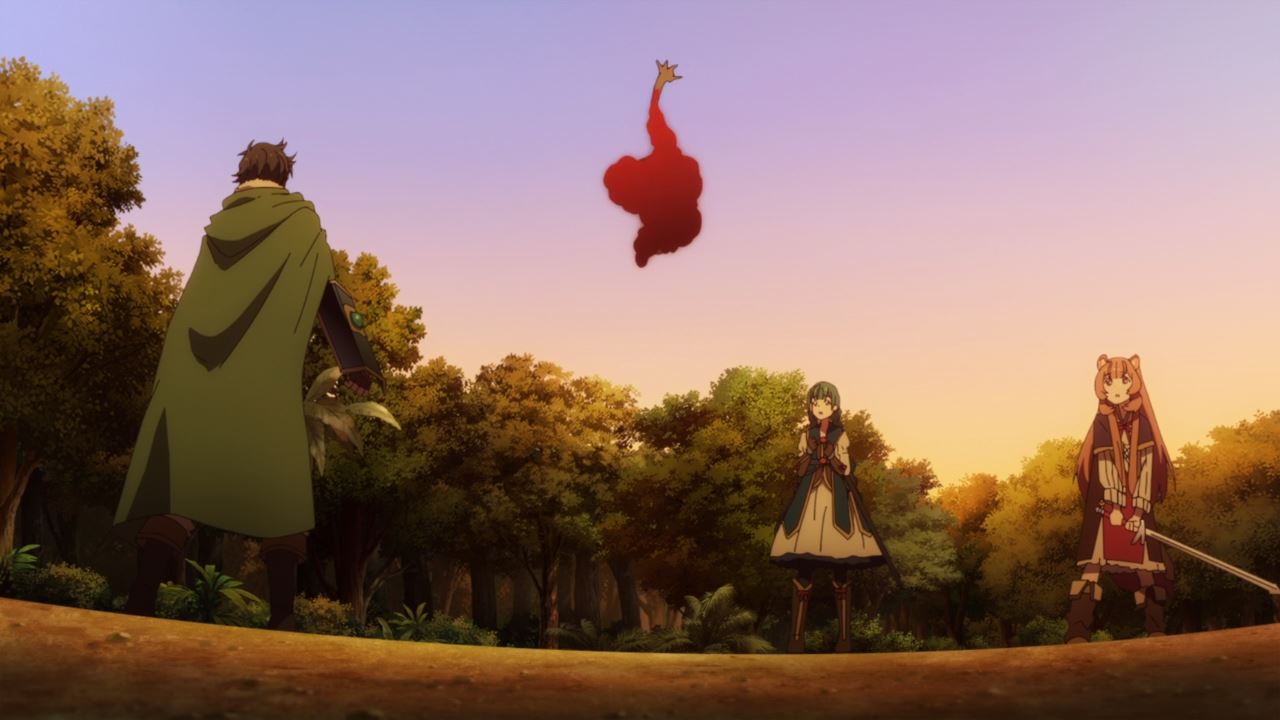 Fortunately, someone arrived to rescue Naofumi’s party by killing this kappa with a garrote wire. I wonder who could that rescuer be? 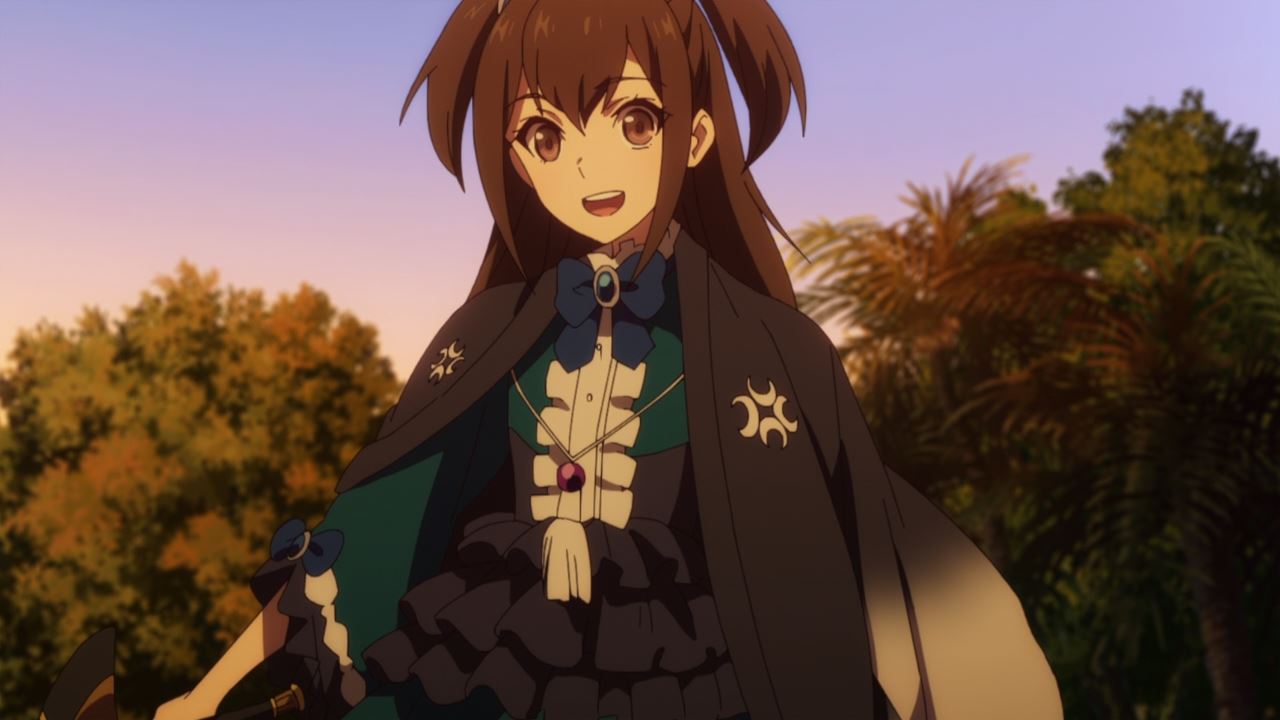 Anyways, this is Kizuna Kazeyama where judging from her name, she came from Japan much like Naofumi Iwatani. Not only that, but Kizuna is actually one of the Cardinal Heroes where she wields a fishing rod.

Also, she’s an ally to Glass, something Naofumi is pretty alarmed given that Glass, L’Arc, and Therese tried to kill him in the past. But unlike them, Kizuna is actually friendly where she can’t directly attack Naofumi with her fishing rod. 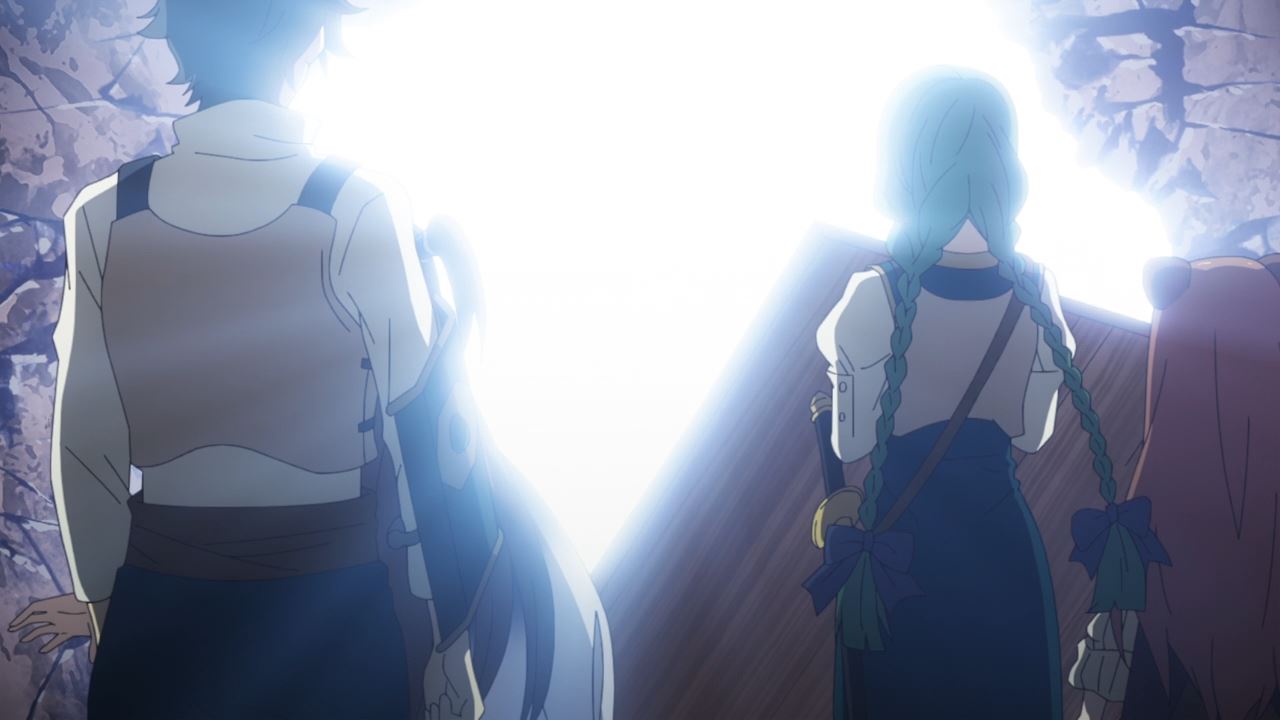 Now then, Kizuna Kazeyama told Naofumi Iwatani and his allies that they’re inside the Infinite Labyrinth where anyone who got inside this temporal prison won’t get out.

Well, there’s actually a way to get out as Kizuna found this hole beyond the Infinite Labyrinth. 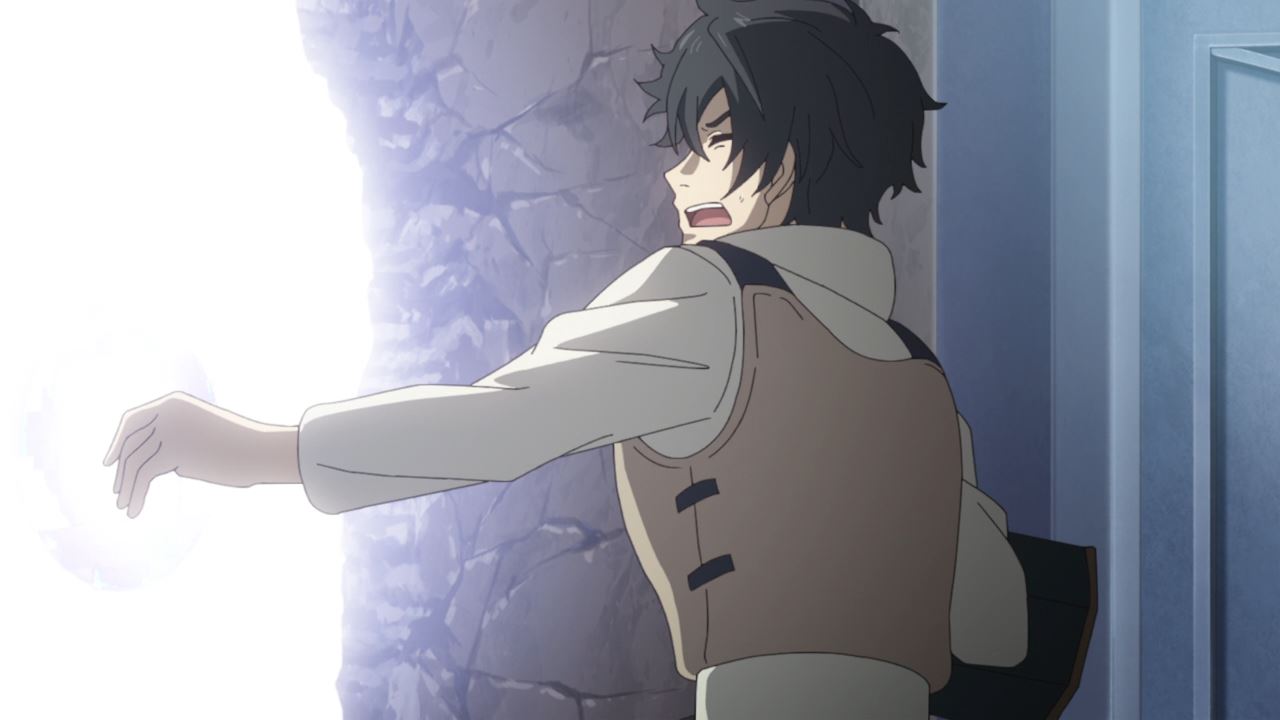 Sadly, they can’t go there as there’s an invisible wall. Even Naofumi couldn’t bust it open. In any case, looks like they’ll have to brute-force their way to this exit no matter what. 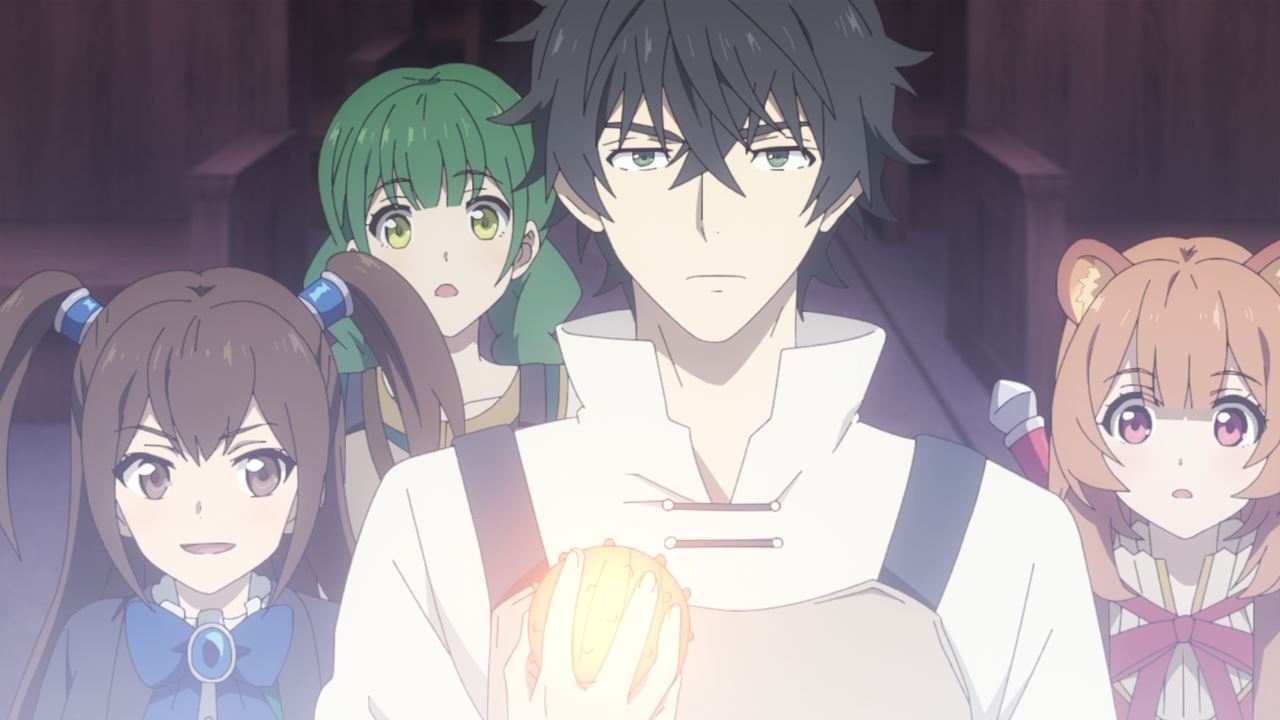 And the only way to break it open is to destroy the entire building from the inside using a Bio Plant. Of course, Naofumi needed a seed to grow it larger until the chapel couldn’t contain the plant. 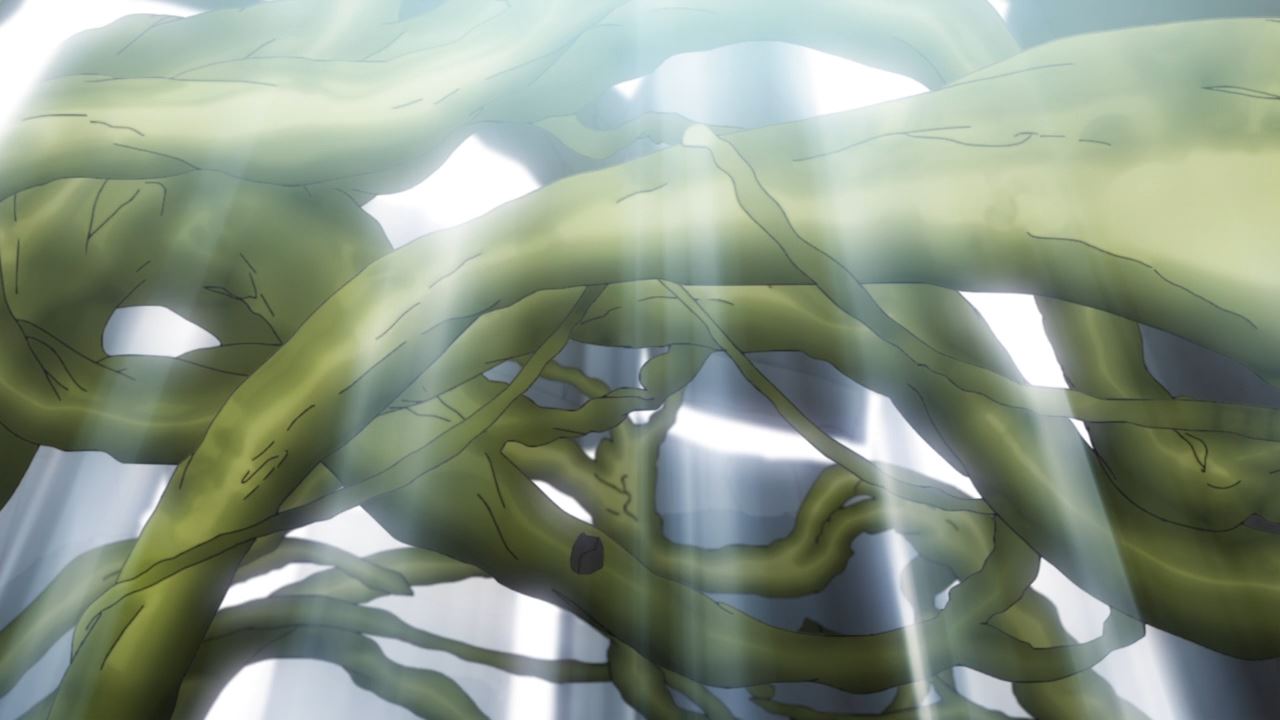 Anyways, looks like Naofumi used his magic to grow the seed into a giant plant. Now, let’s pray that Bio Plant will grow larger and destroy the chapel from the inside. 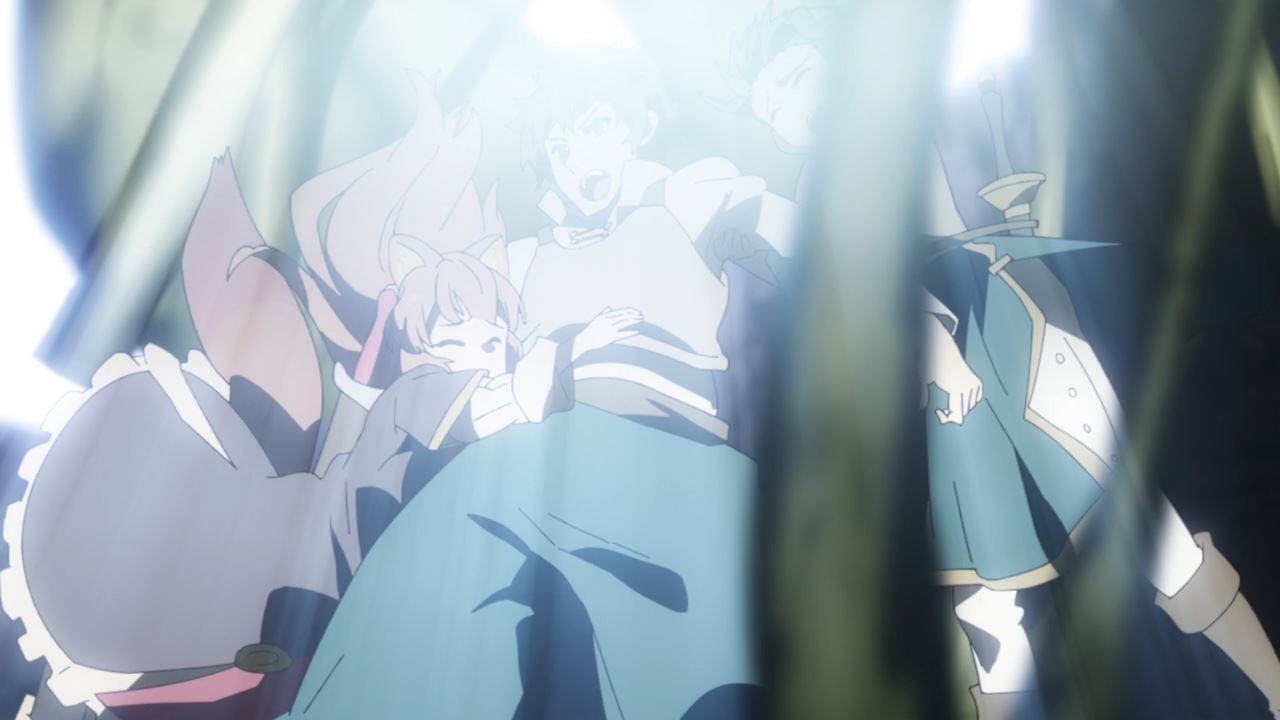 Fortunately, it didn’t take long as the giant Bio Plant destroys the building, meaning that Naofumi’s party and Kizuna can finally get out of the Infinite Labyrinth. 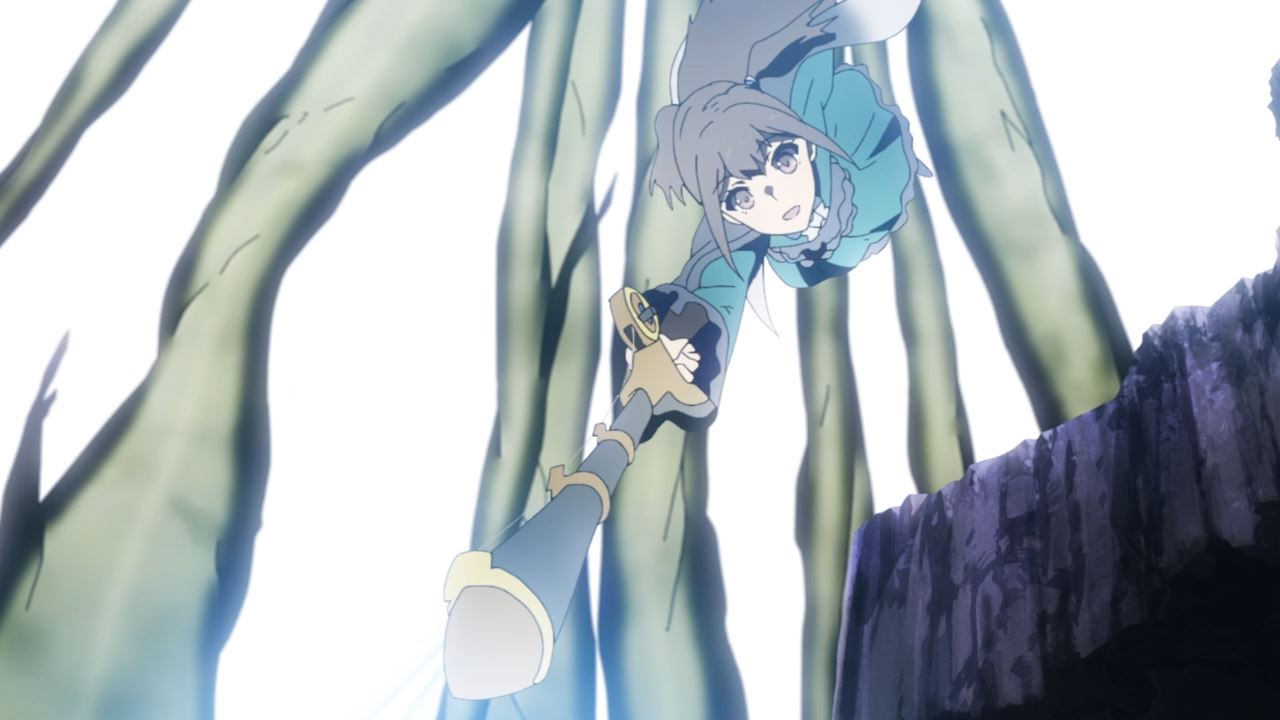 And speaking of Kizuna Kazeyama, she’s hesitant to join Naofumi at first but decided to jump ship as there’s no second chance for Kizuna to get out of the temporal prison. 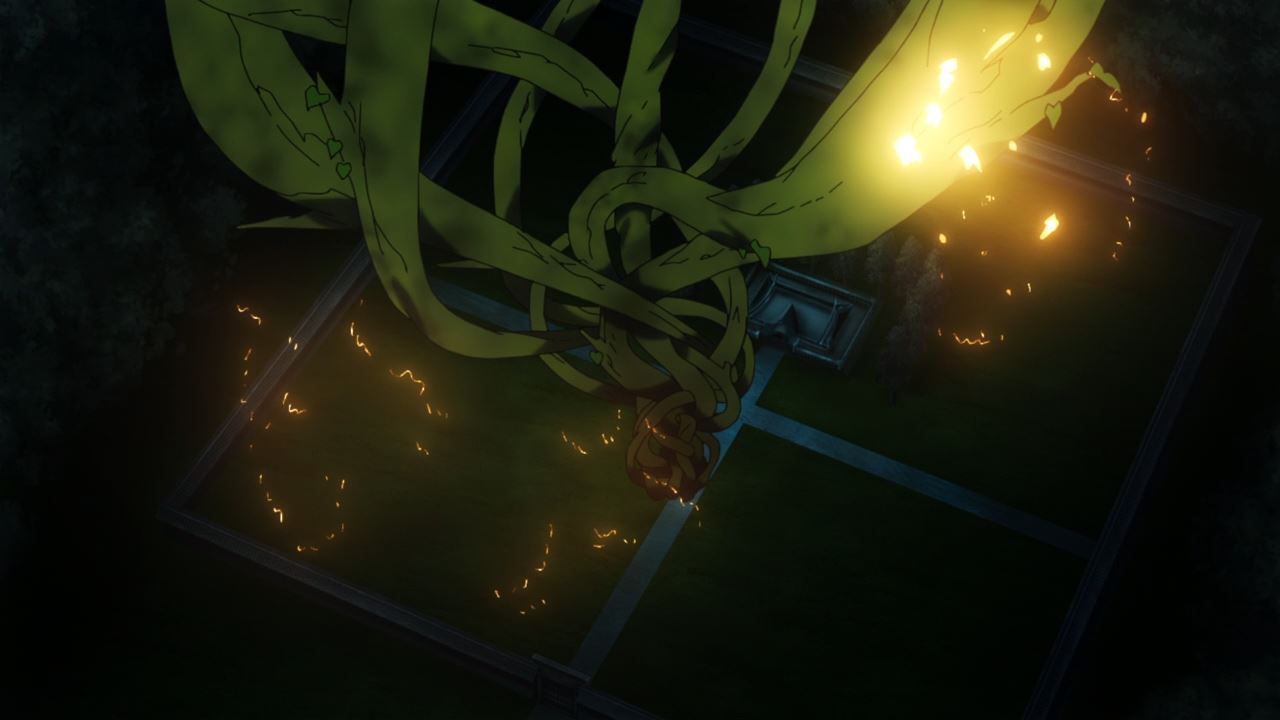 With that said, the Bio Plant managed to transported to another dimension, meaning that Naofumi’s party and Kizuna successfully got out of the Infinite Labyrinth. 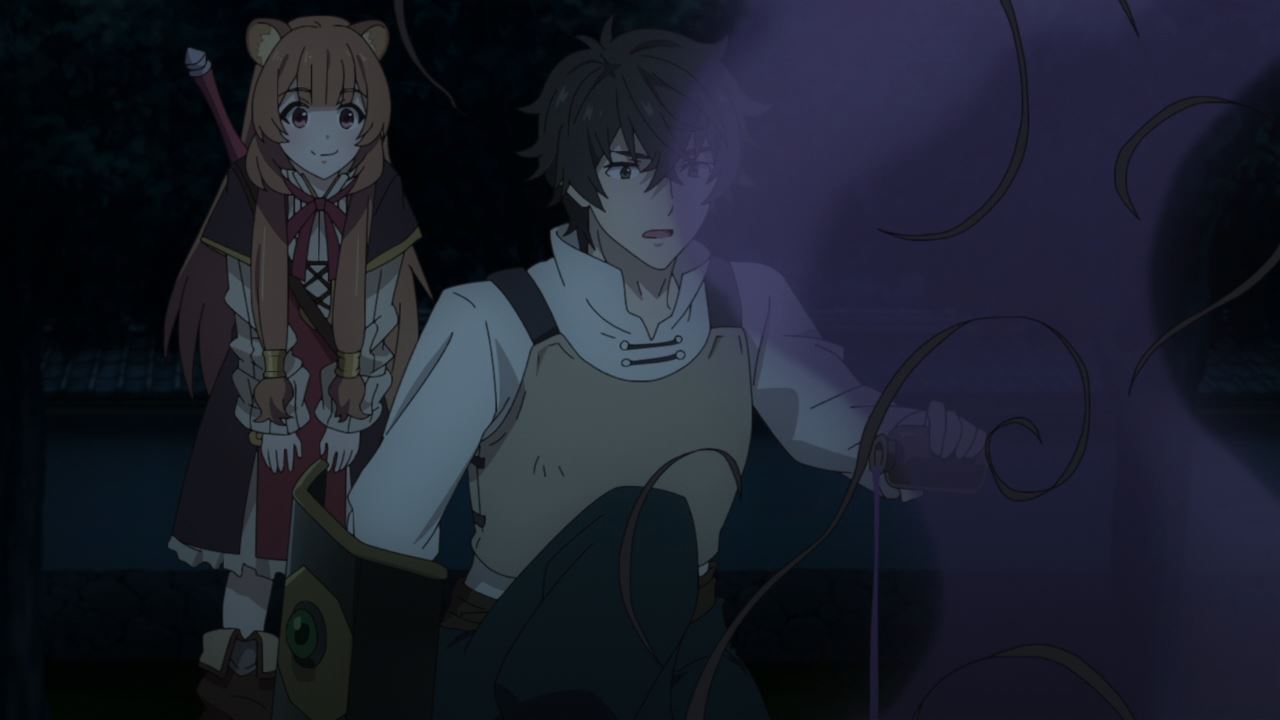 Of course, Naofumi needs to destroy the Bio Plant with poison ’cause he doesn’t want to be blamed for letting the monster roam freely and kill innocent lives. 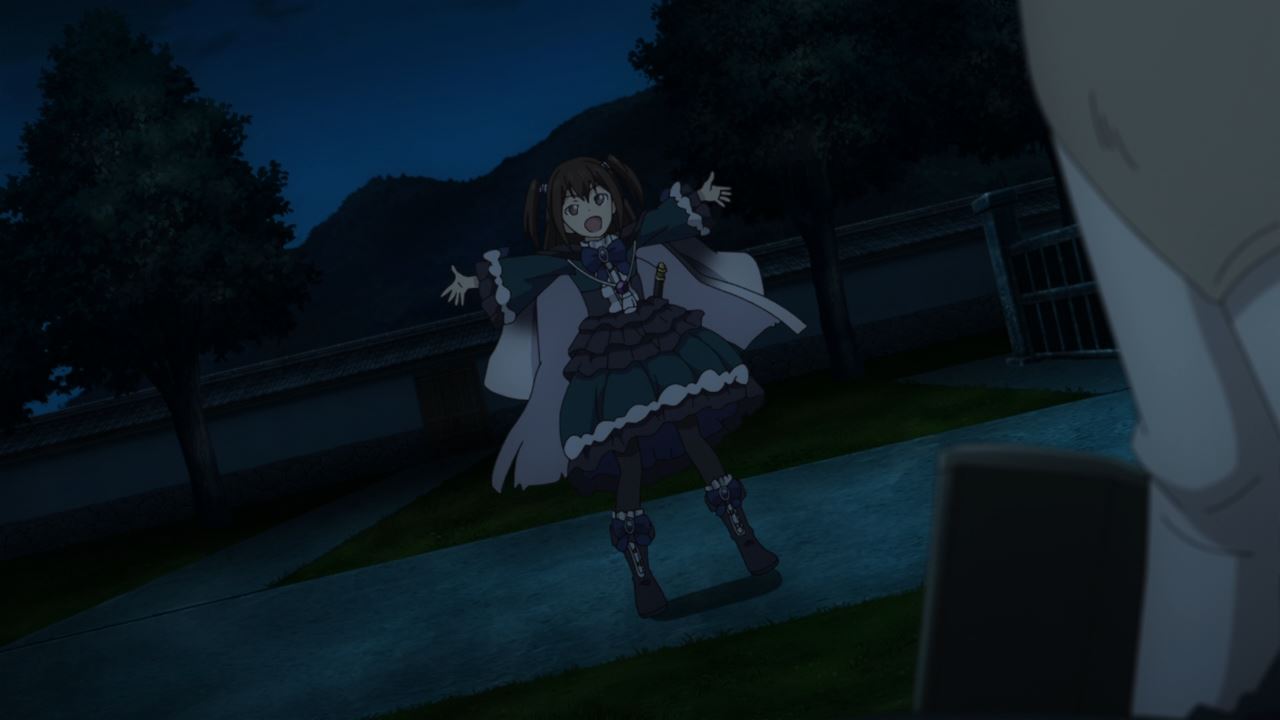 One last thing, looks like Kizuna Kazeyama is really happy to get out of the temporal prison after so many years being locked up there.

But seriously, I wonder why Kizuna was sent to the Infinite Labyrinth in the first place unless she was falsely-accused? Still, I’m glad that Kizuna the Hunting Hero can finally meet up with Glass. 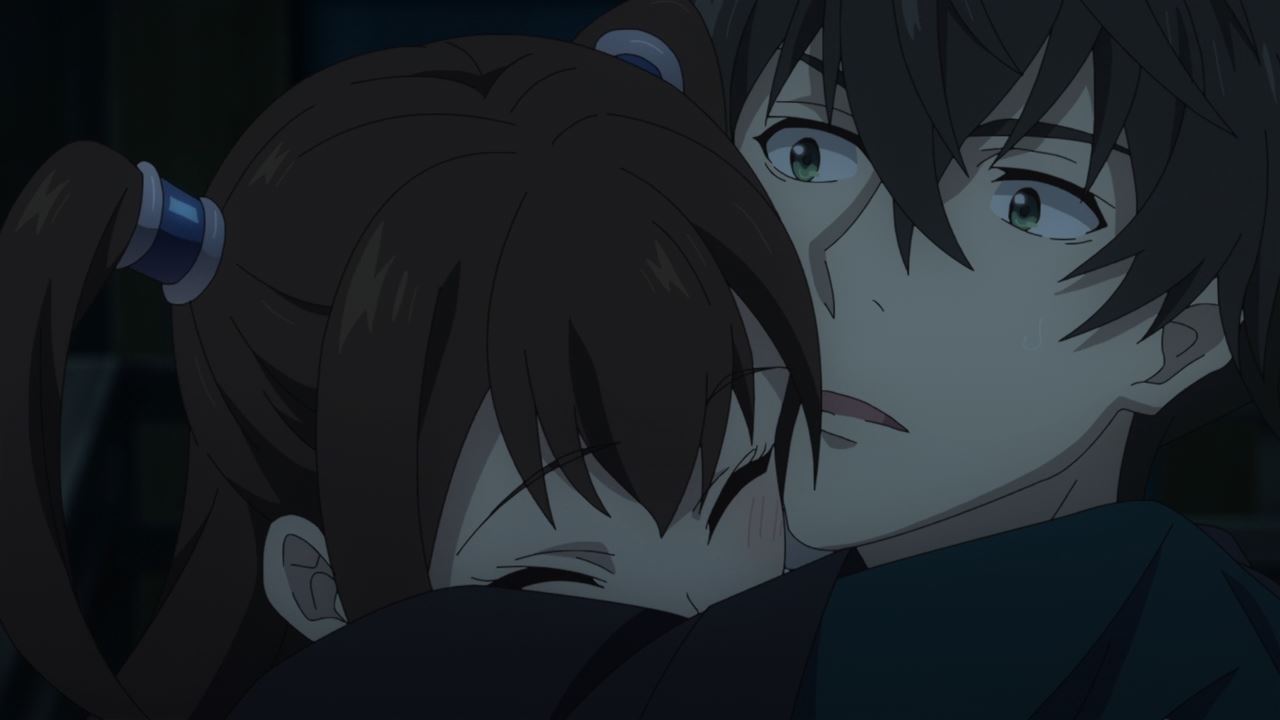 As for Naofumi Iwatani and his allies, they need to find Filo, gain more levels, and avenge Ost Hourai by defeating Kyo Ethnina.

Seriously, I still hate Kyo for using the Spirit Tortoise for his own enjoyment but anyways, I’ll see you next time!