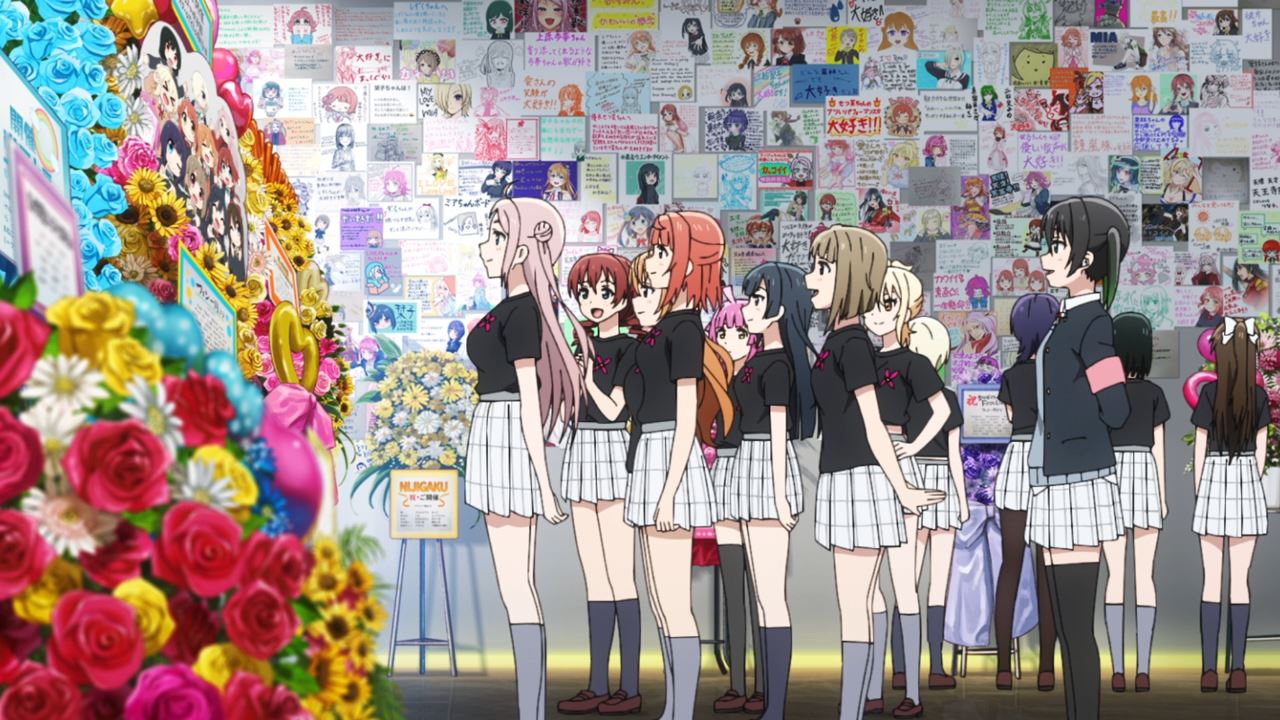 This is it, the final episode of Season 2 where Nijigasaki High School Idol Club are greeted by lots of gifts. For Yu Takasaki and the rest, they’re really excited to start their first concert! 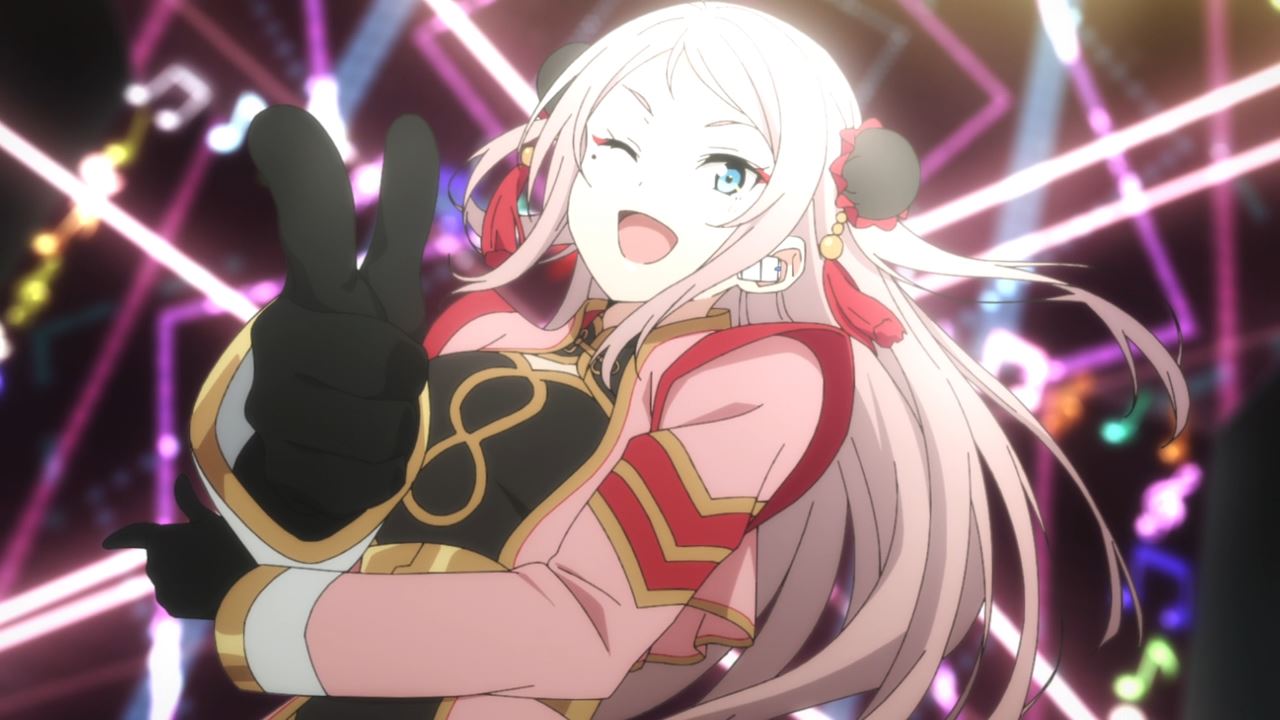 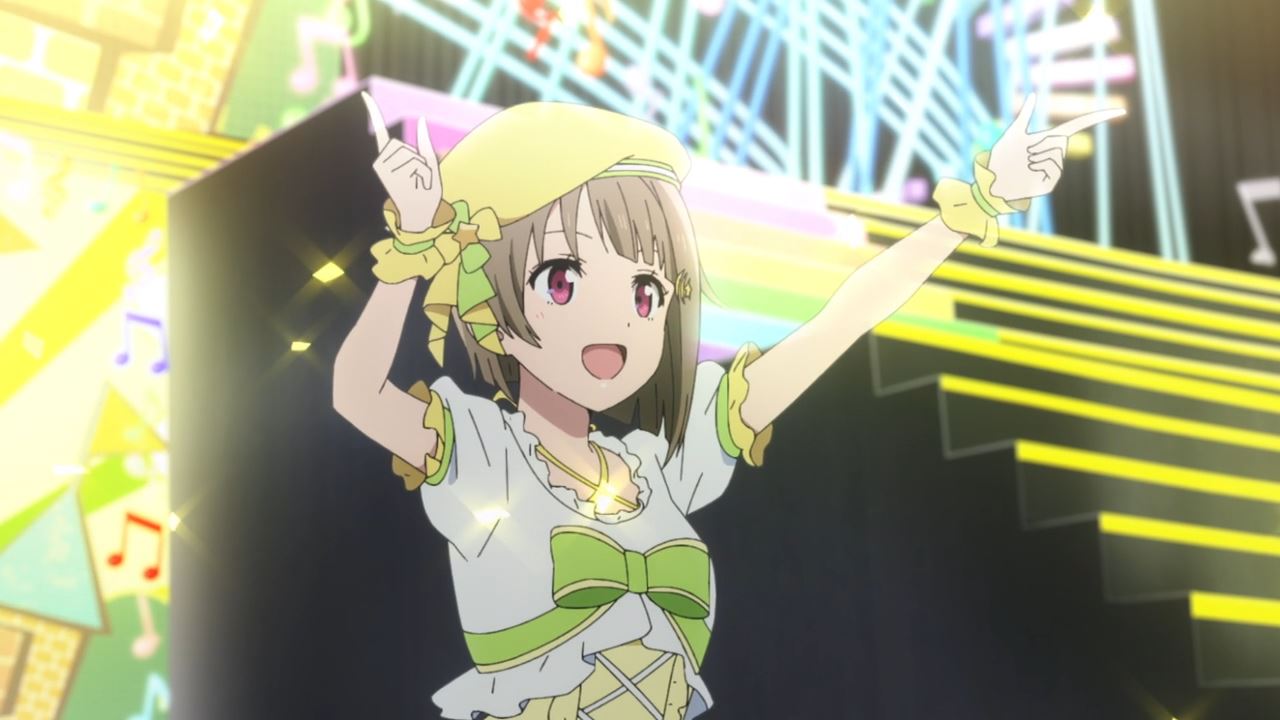 Anyways, let’s begin the show starting with Lanzhu Zhong and Kasumi Nakasu where they perform “Ye Mingzhu” and “Wonderland”, respectively.

As expected, both school idols are amazing, especially Lanzhu and her goddess-like presence. 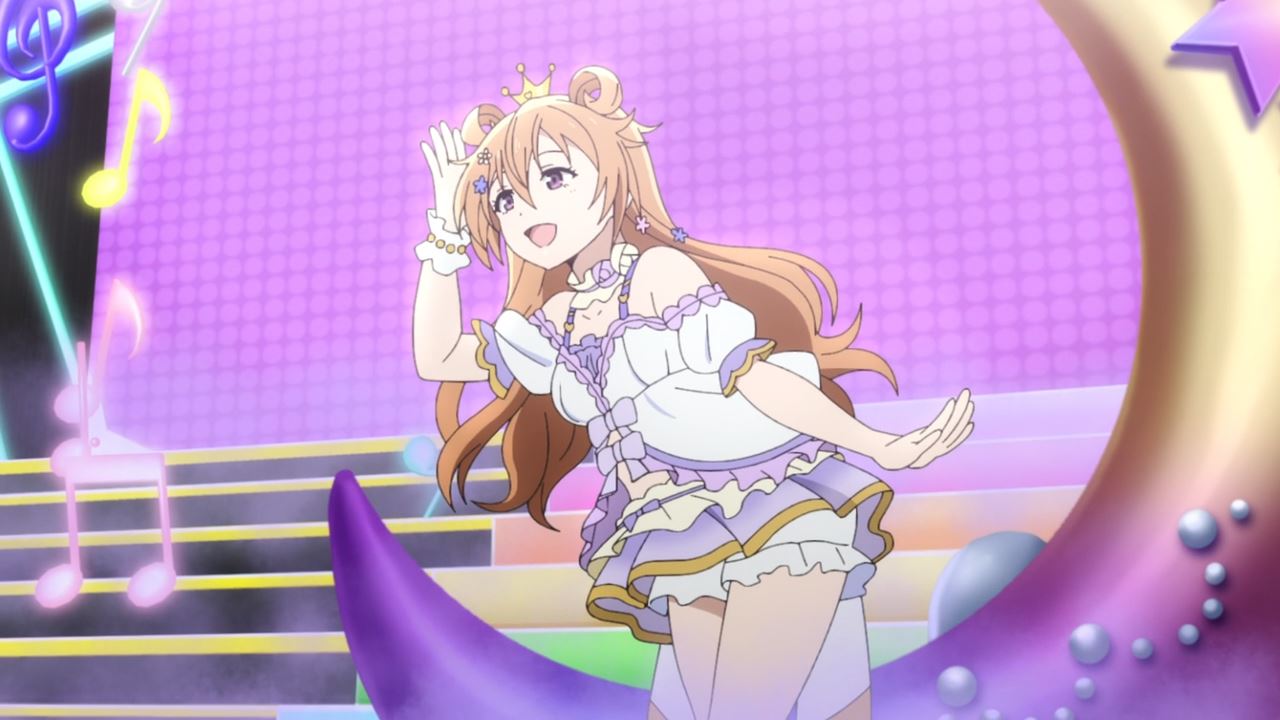 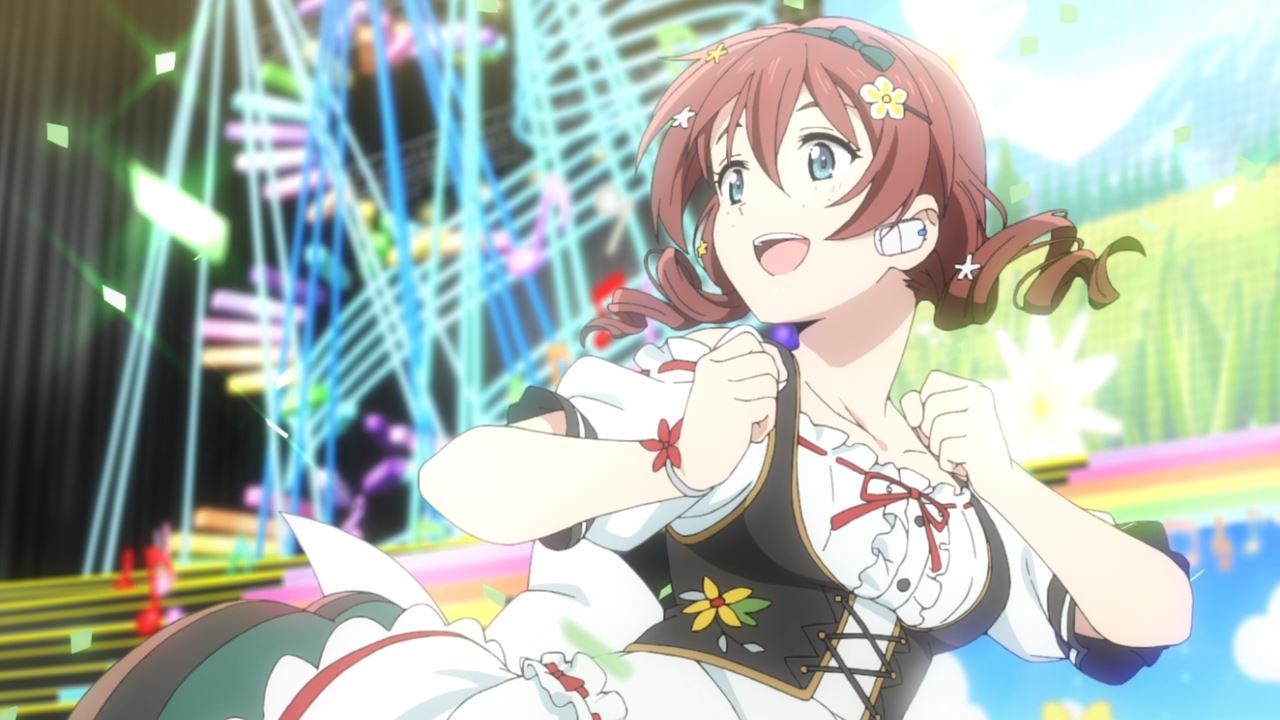 Of course, both Kanata Konoe and Emma Verde’s performance are not too shabby either.

While Kanata getting some love from Haruka and her friends during “My Own Fairy-Tale”, I wish Emma should have accompanying children during her performance of “Koe Tsunagou yo”. 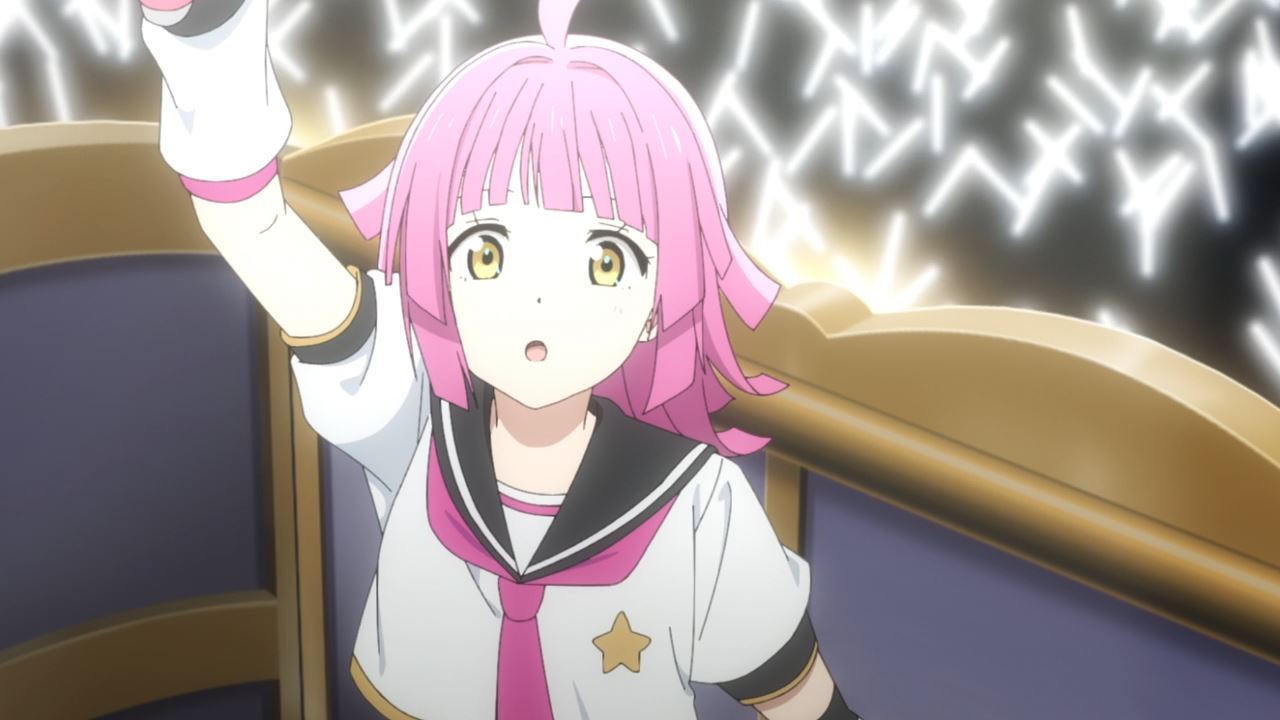 Next up is Rina Tennouji performing “Teletelepathy” but without her Rina-chan Board as it got a glitch. 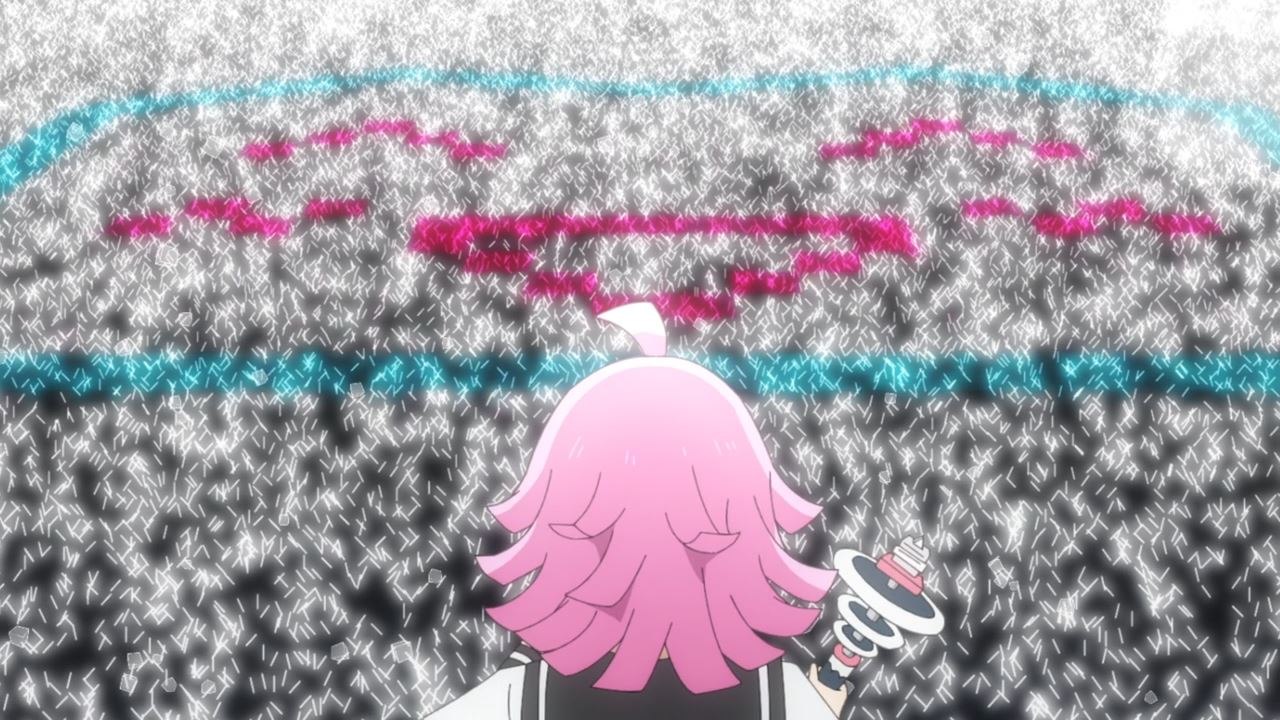 Fortunately, looks like Rina’s fans made a large Rina-chan Board just for her. Really nice to see it! 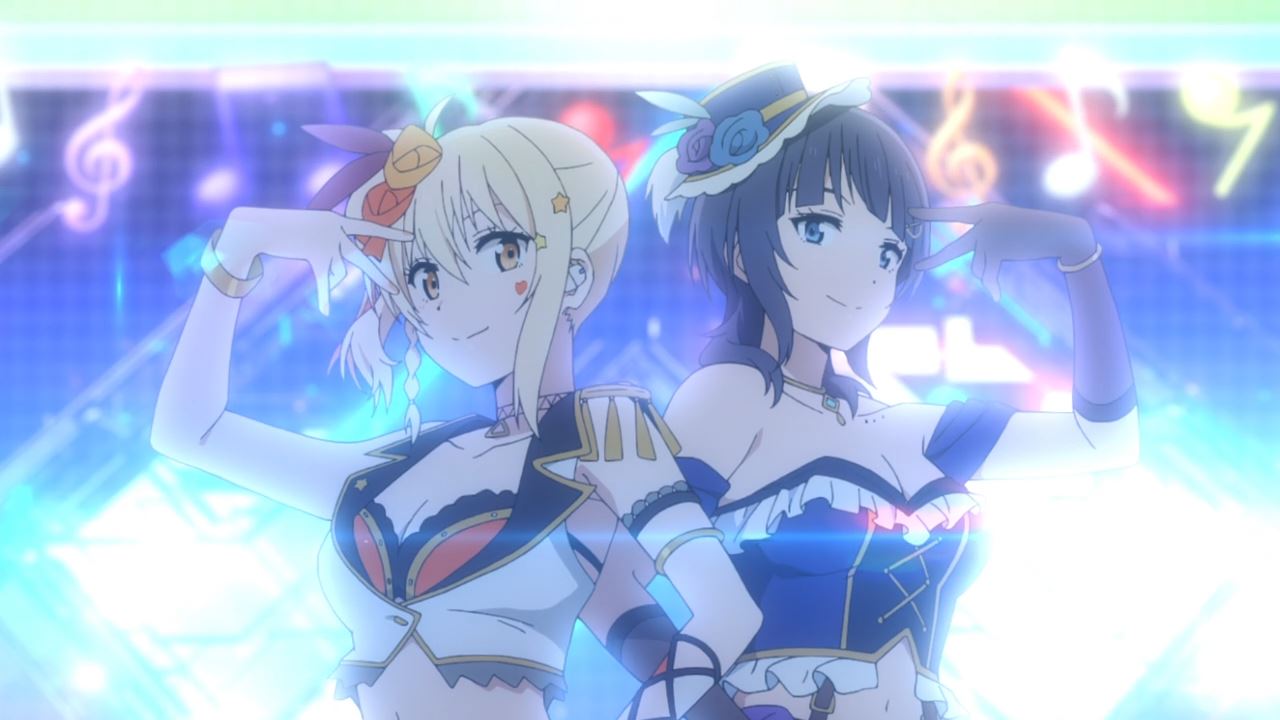 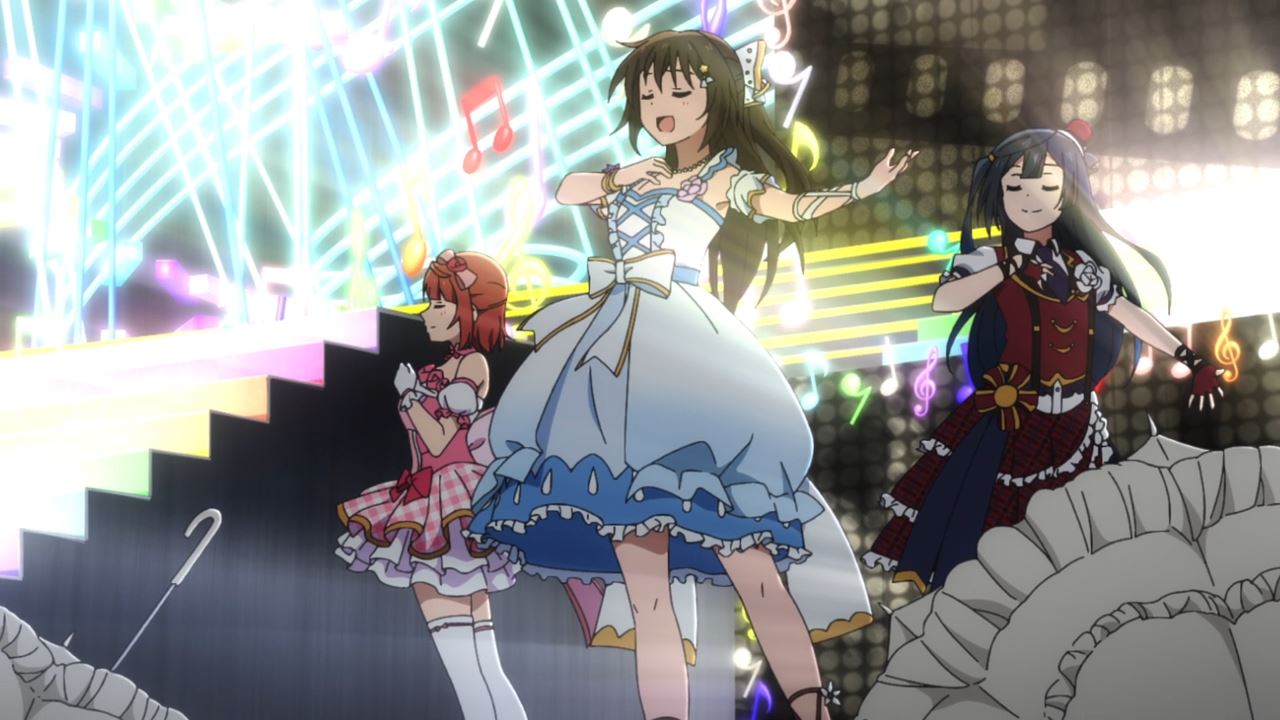 Next up is the sub-unit performance where DiverDiva and A・ZU・NA take center stage, although it appears that the song plays on this scene came from their second album. 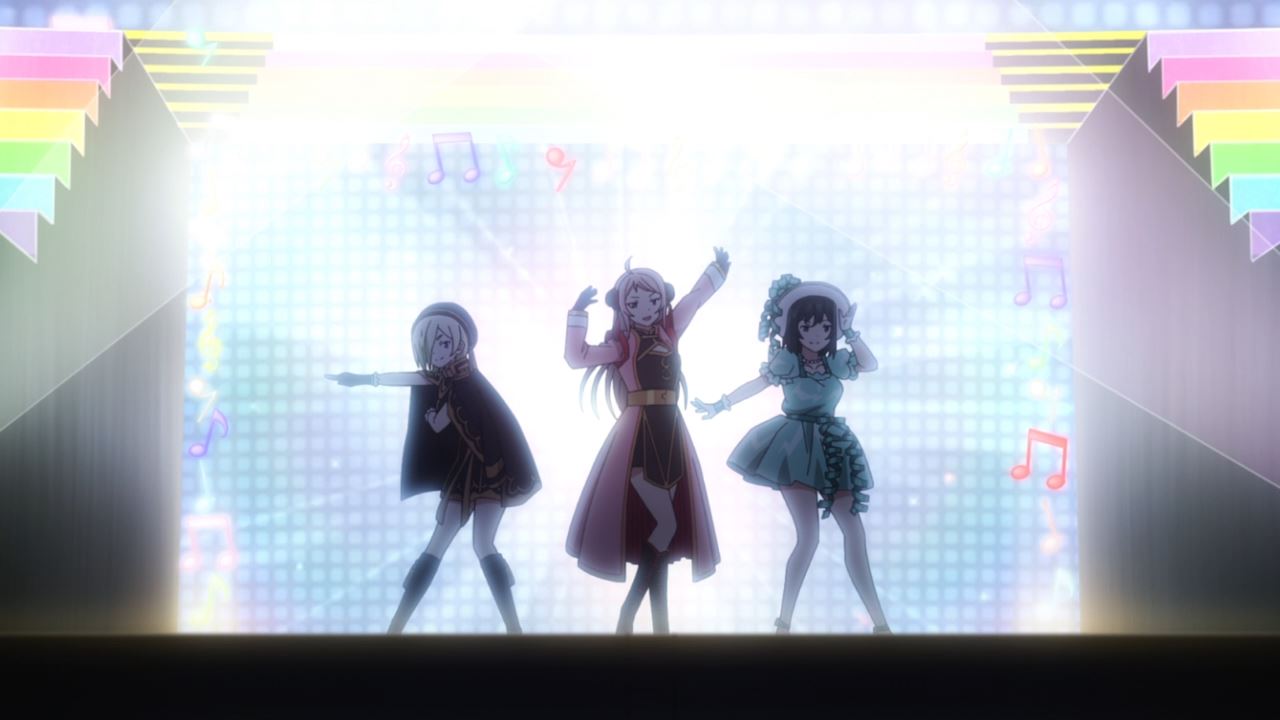 Speaking of sub-units, here’s the debut of R3BIRTH where Mia Taylor, Lanzhu Zhong, and Shioriko Mifune are here to rock the house down. 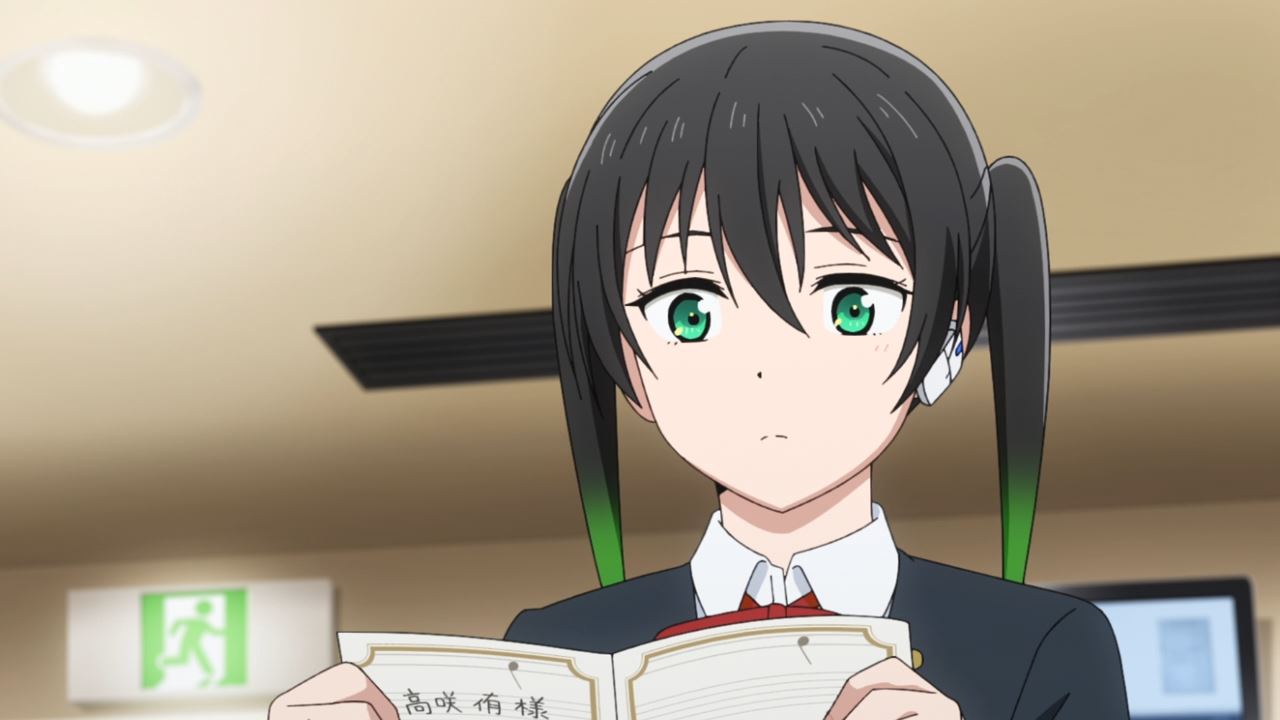 Now then, here’s Yu Takasaki where she received a fan letter, saying that this fan loves her composed songs that he/she is motivated in composing his/her onw songs down the line.

It’s really nice that someone was inspired by Yu’s composed songs. 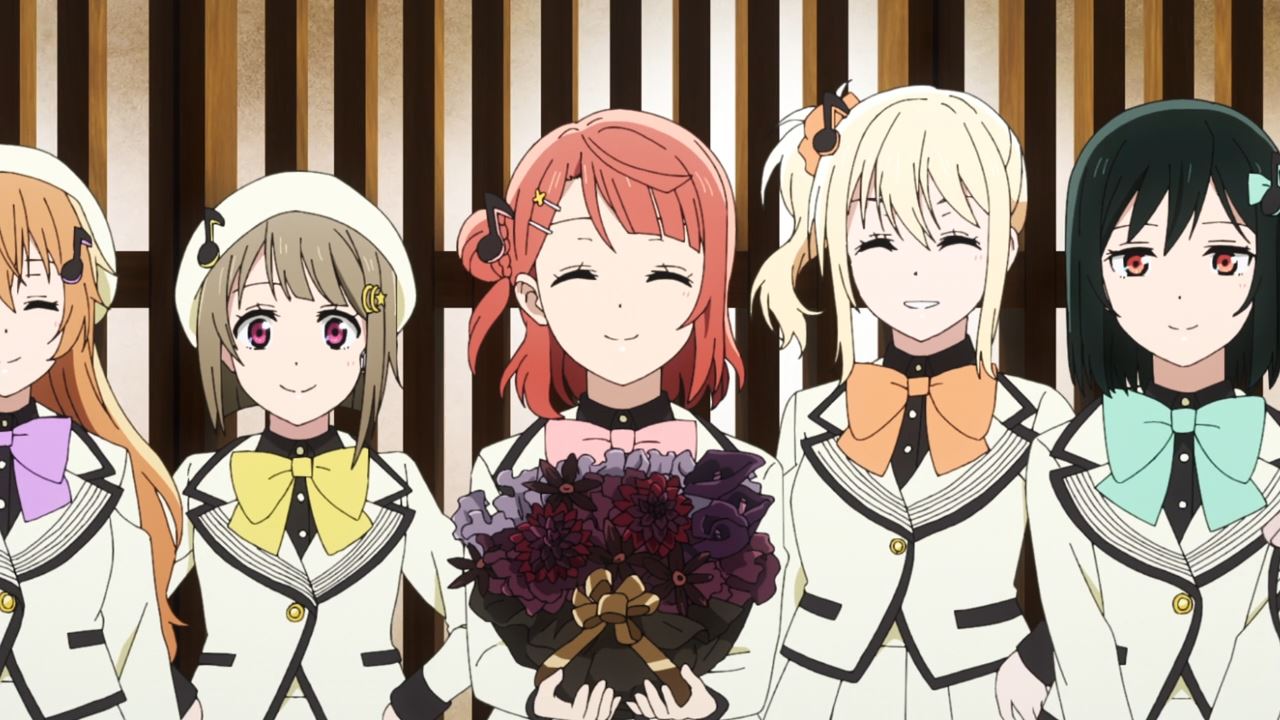 Also, looks like Yu-chan received a bouquet of dark-colored flowers, although I’m not sure what kind of flowers that they’re giving to her. But hey, it’s the thought that counts! 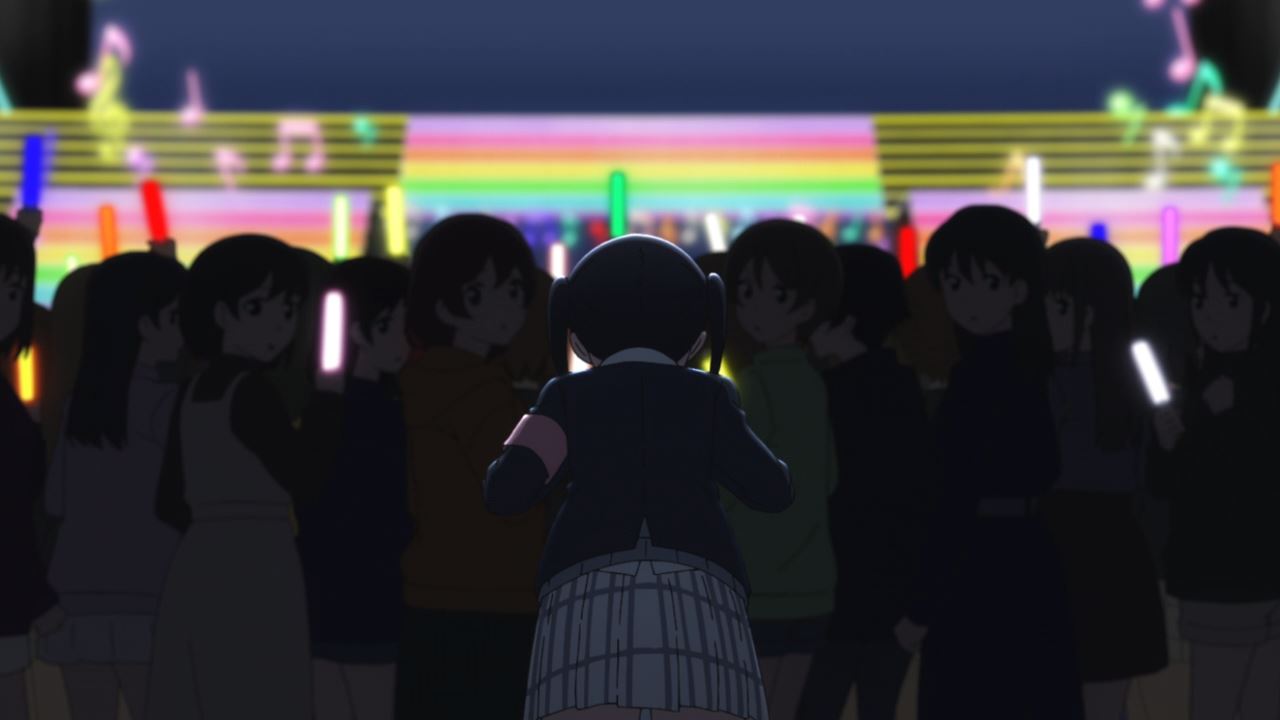 Anyways, time for the encore performance but before they start, a little word from Yu Takasaki… 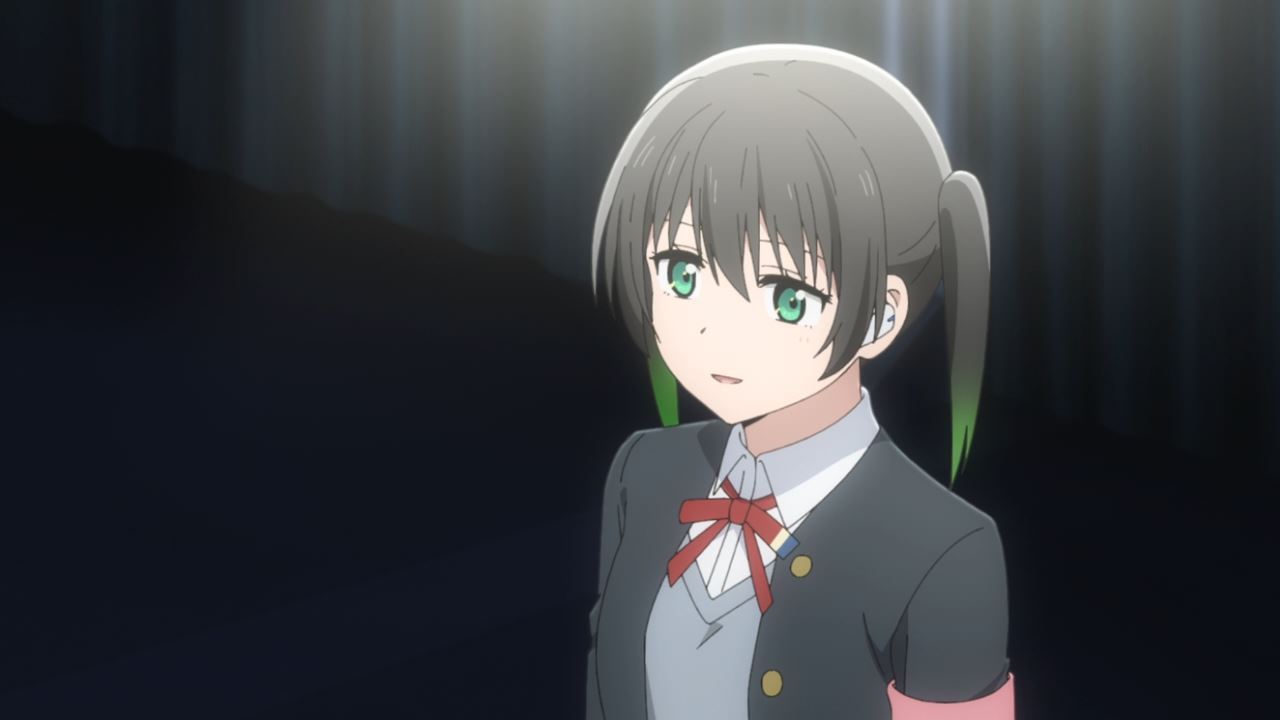 And here’s the main protagonist/producer/composer where she’s really happy to join the school idol club, meet various people, and conquer challenges, all culminate in hosting their first concert for all the fans.

Seriously, this concert wouldn’t be possible without Yu-chan’s contribution and her enthusiasm to realize her dream of bringing school idols to not only in Nijigasaki High School, but around the world. 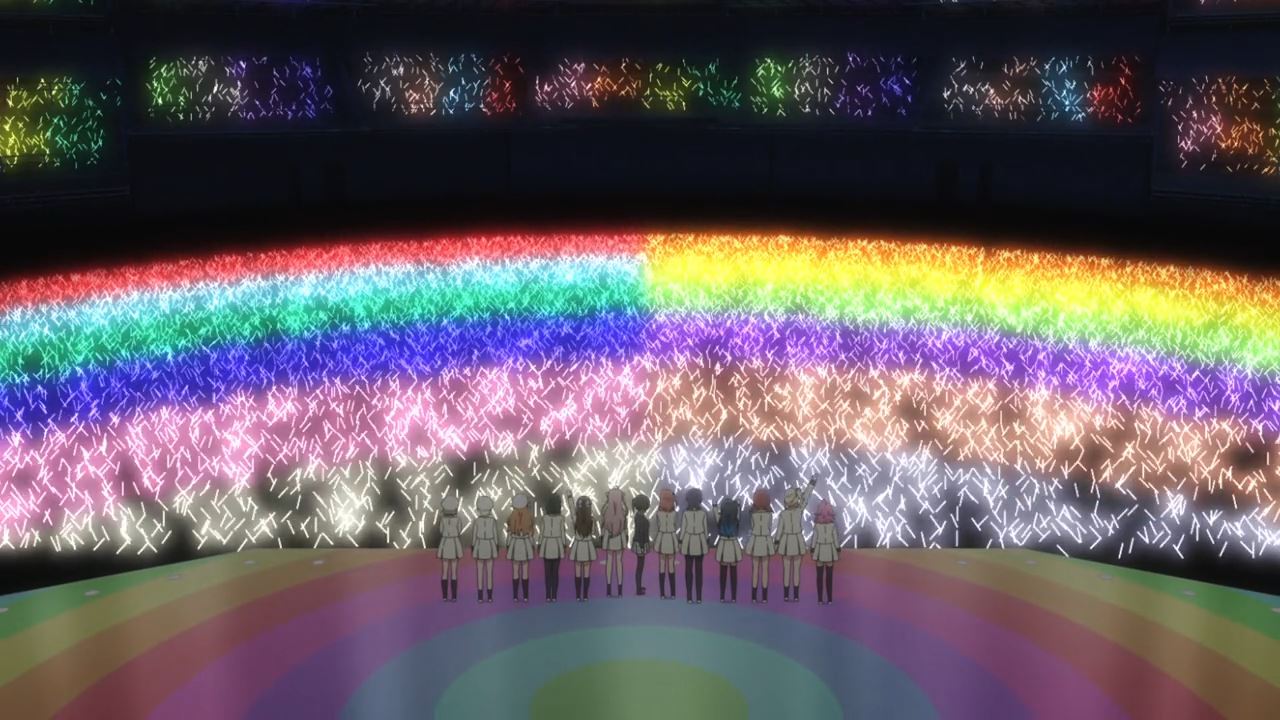 Now then, it’s time for Nijigasaki’s encore performance as they sing “Future Parade”, complete with the audience lighting up their pens for all 12 school idols. 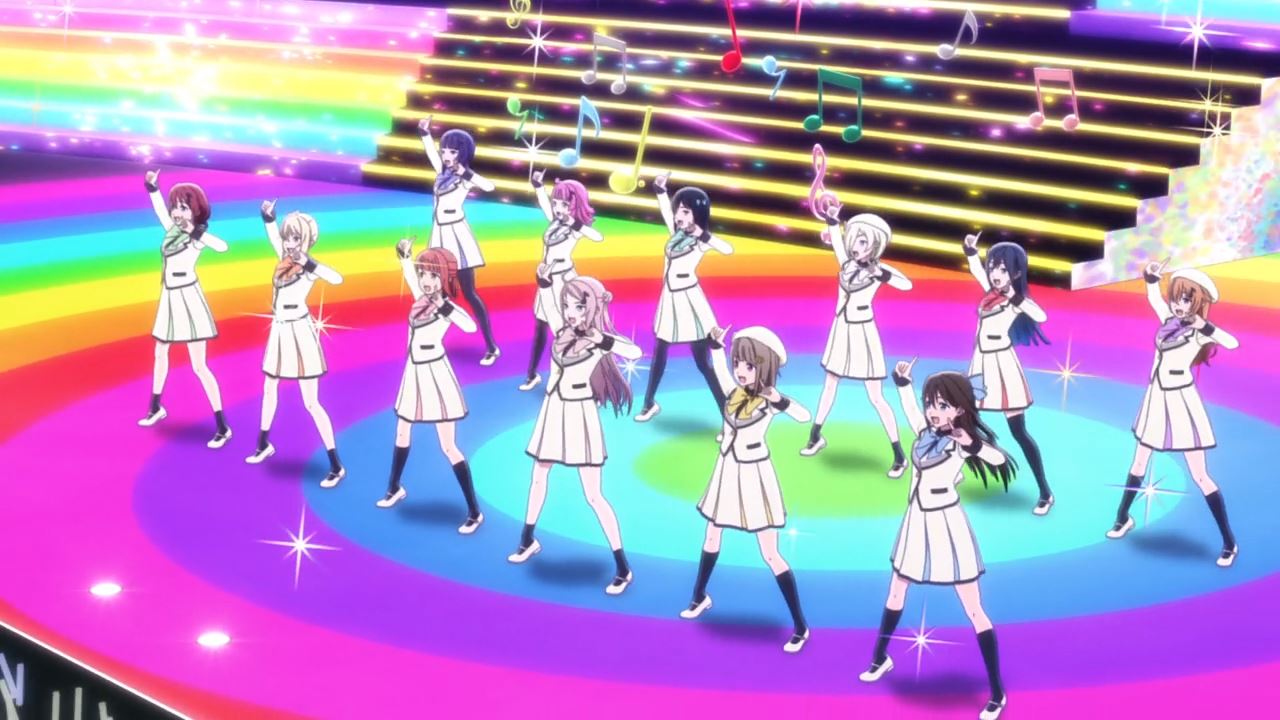 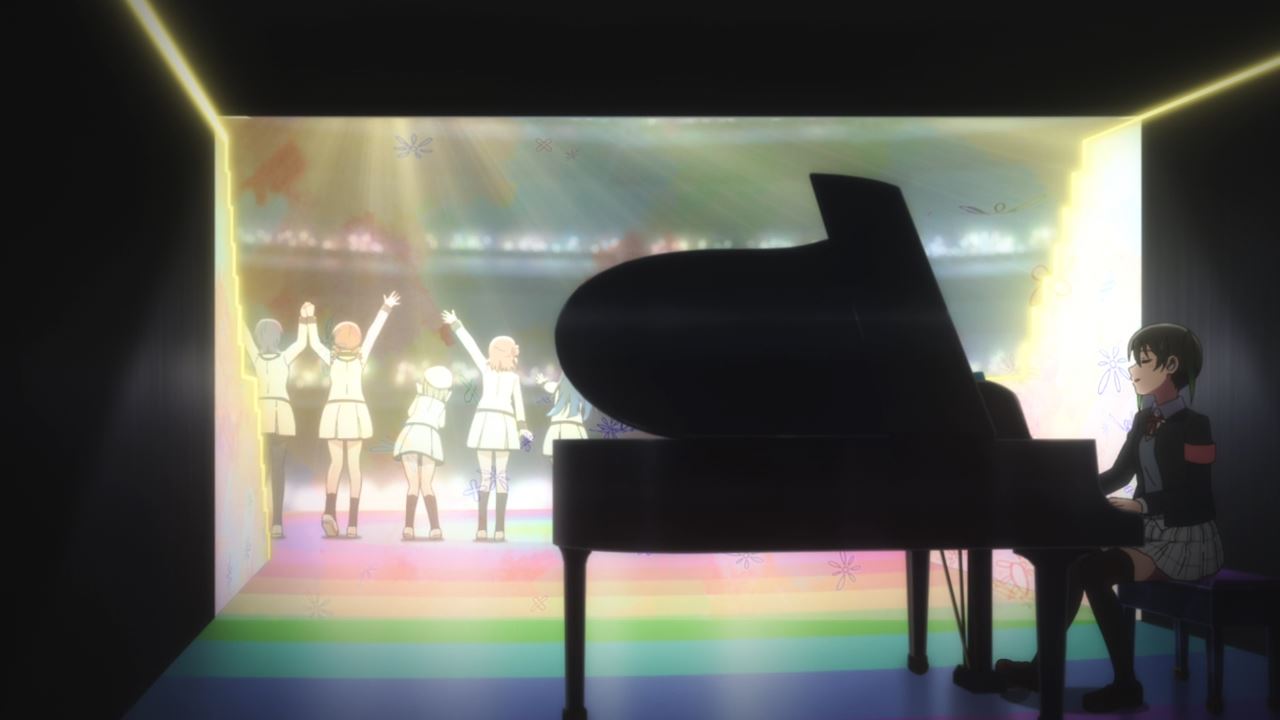 Honestly, this encore performance is the best one I’ve ever seen as I’m hoping that all 12 school idols, plus Yu Takasaki, will perform in the upcoming 5th live concert. Seriously, this is an improvement over the 1st season!

While the treatment of the R3BIRTH members (Lanzhu, Mia, and Shioriko) is a welcome change over the original game in my opinion, I feel that something’s missing like Shioriko’s antagonism over the school idol club where it’s all because of her older sister Kaoruko. Seriously, it’s the best part over Lanzhu’s hostile takeover during Season 3 of Love Live! School Idol Festival All Stars.

Aside from my little complaints over Season 2, especially when they miss the opportunity to have a brand-new song for R3BIRTH, it’s nice that there are cameo appearance of N girls throughout Season 2, although they don’t contribute with the plot much aside the fact that Kaoruko used to study at Shion Girls’ Academy. Overall, it’s a good improvement over the 1st season. 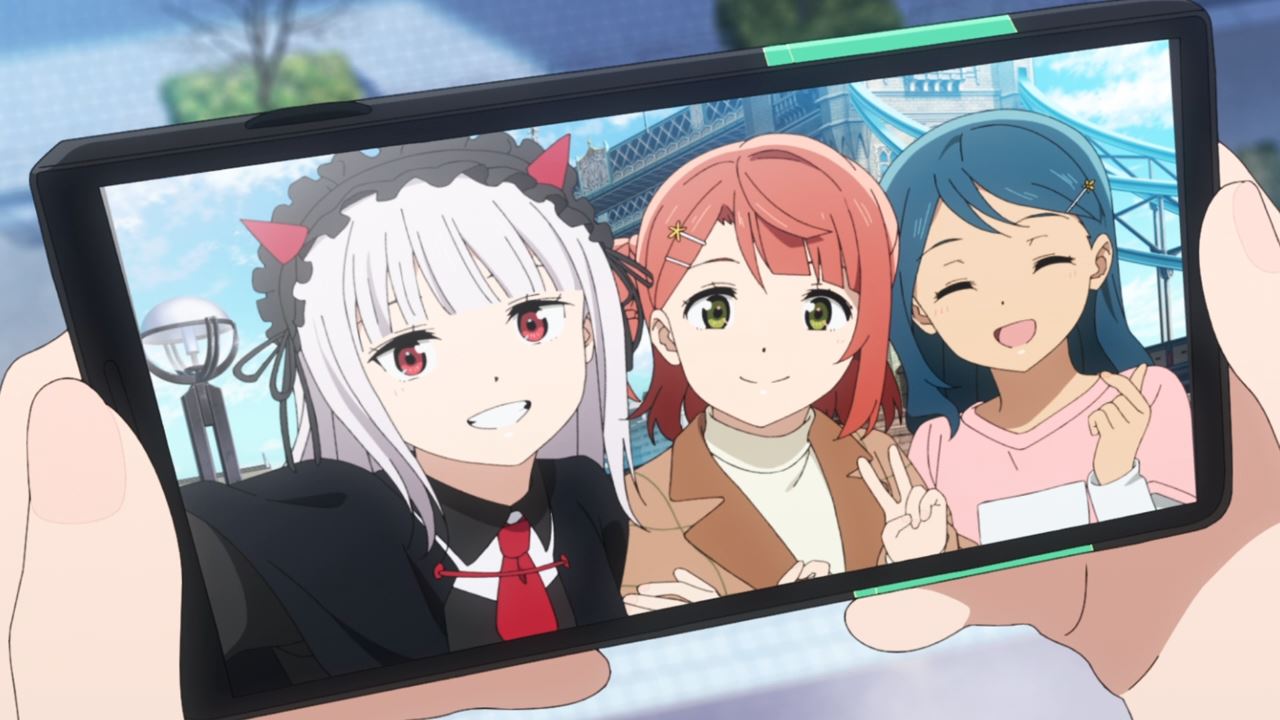 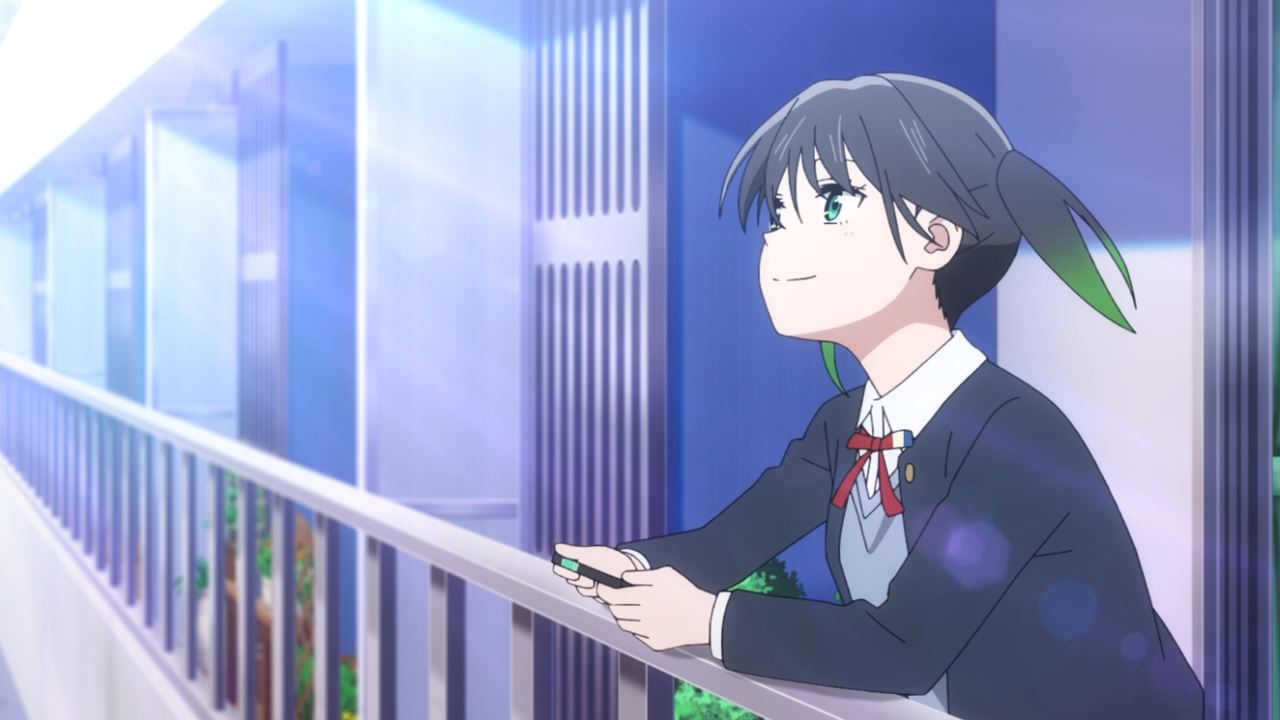 And now, let’s end this episode as Yu Takasaki sees a picture of Ayumu Uehara as she finally arrived in the United Kingdom. Let’s hope that she can spread her love of school idols.

As for Yu-chan, I’m hoping that she’ll succeed in the upcoming song composition contest, although we won’t see what happened there. 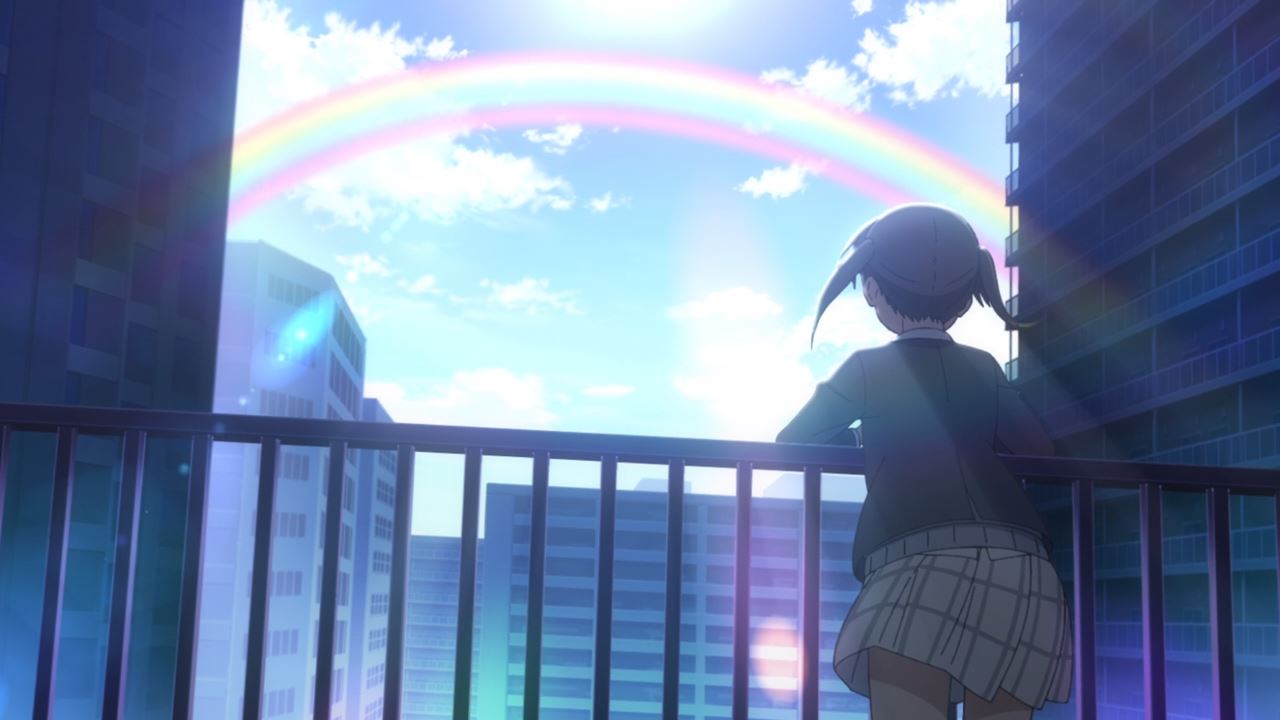 But that’s about it for the 2nd Season of Love Live! Nijigasaki High School Idol Club! I’ll see you again for the upcoming 5th Live. Just hoping that there will be a live viewing…