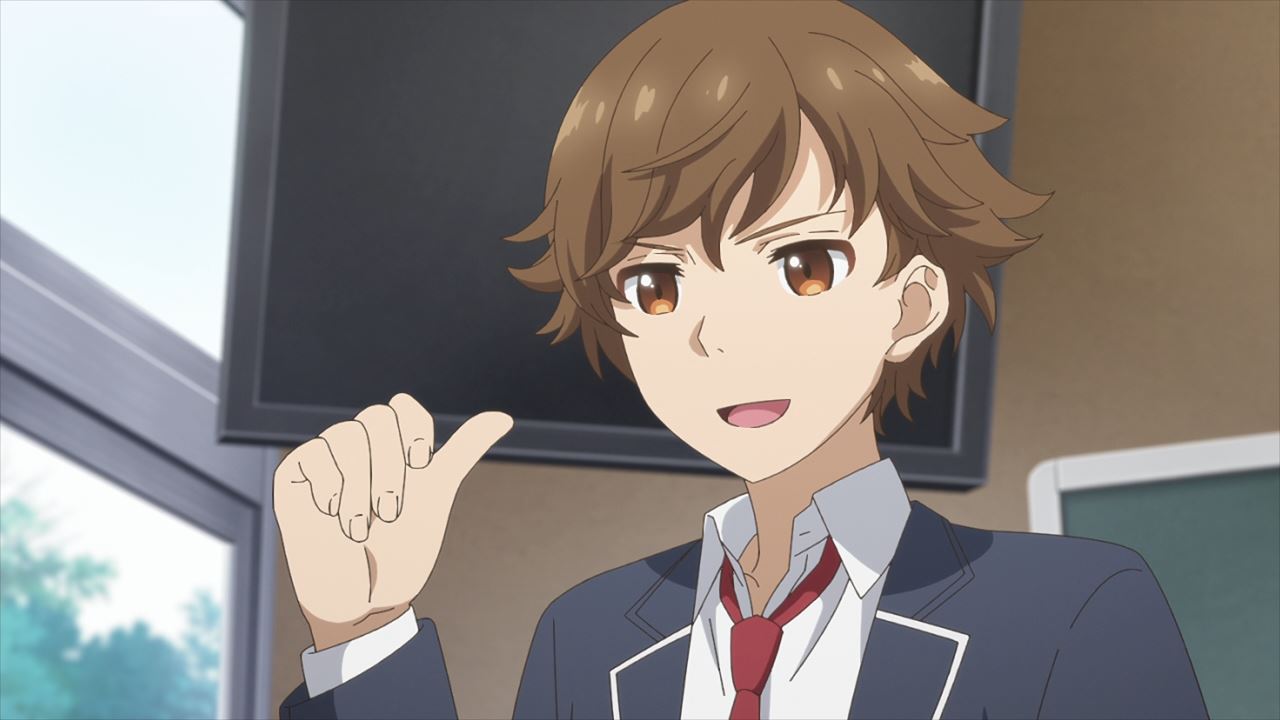 Let’s begin this episode with the introduction of Kogure Kawanami, your typical bro towards Mizuto Irido where Kogure wants to befriend him. 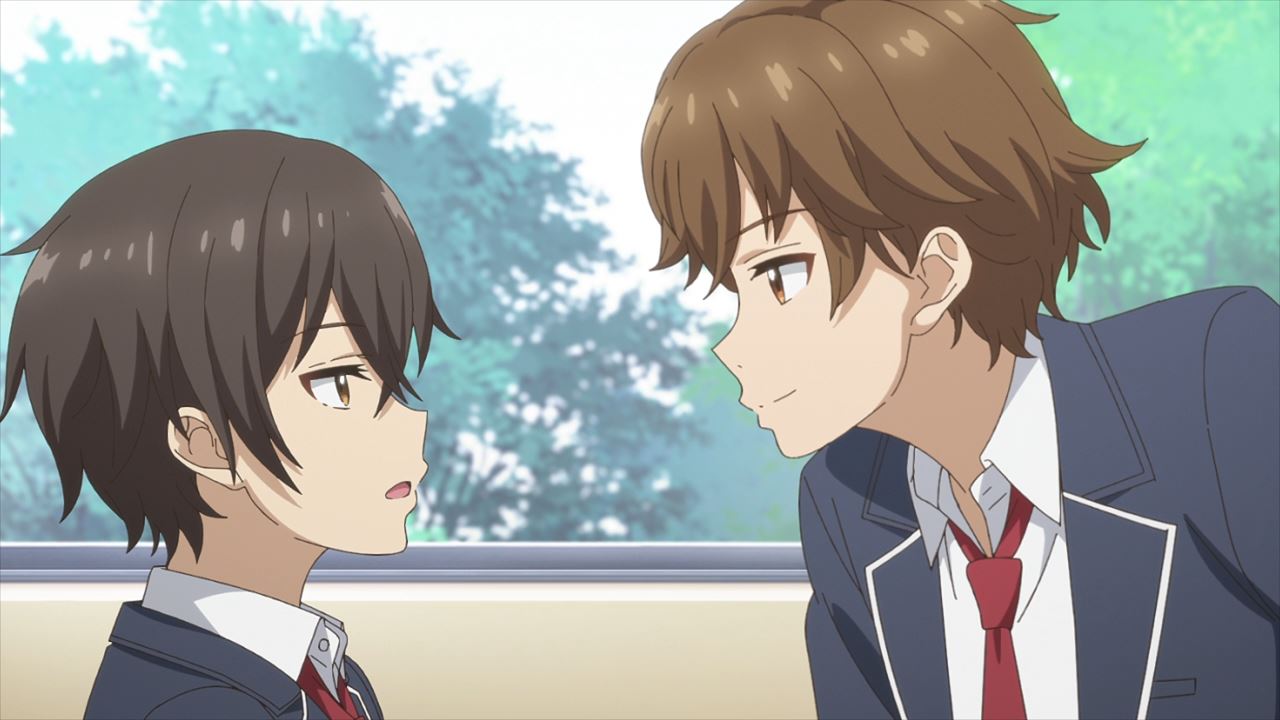 But speaking of Mizuto, he’s looking suspicious towards Kogure where Mizuto thinks that he has a hidden agenda. Y’know, a guy befriending someone just to get closer with his/her sibling. 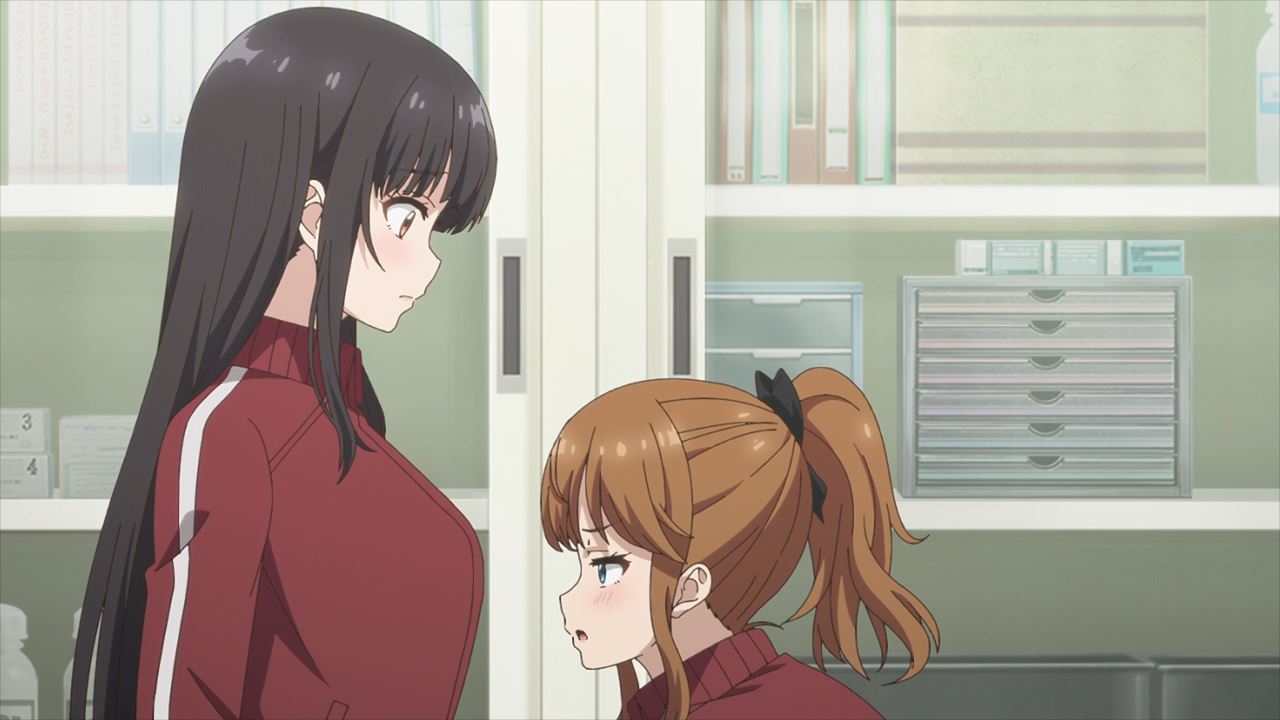 Okay, seems that Akatsuki is very jealous towards Yume’s breasts that she wants to grow a pair in the future. 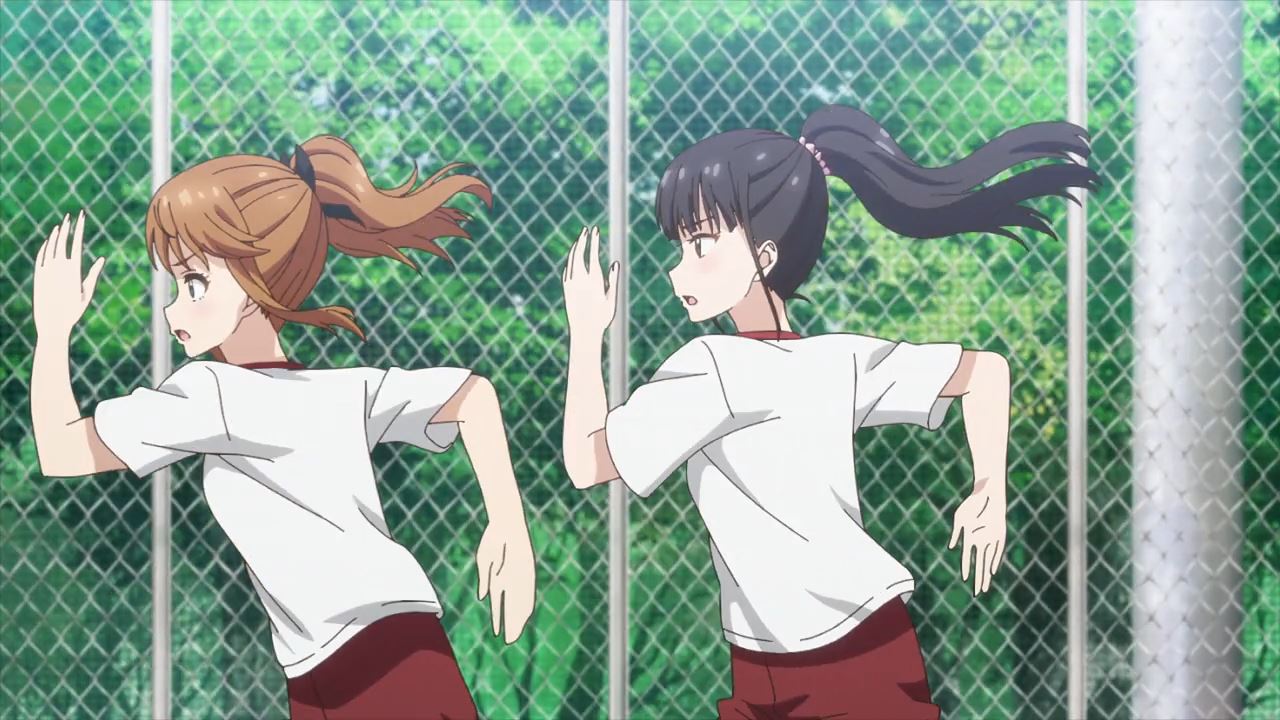 Anyways, it’s time for the physical exam where students test their capabilities. While Yume tries to put up a good show since she wants to be a model student to everybody, Yume is not suitable for athletics. 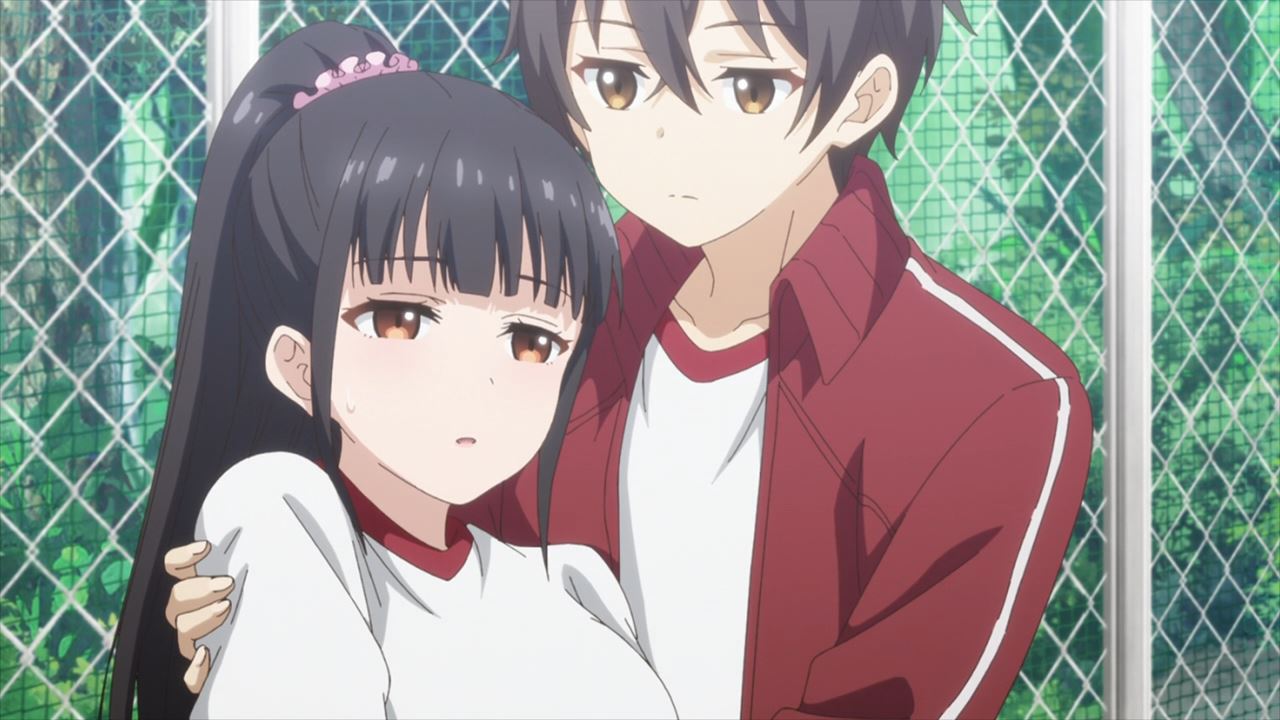 Even worse is that she collapsed and Yume would have bump her head to the ground if it wasn’t for Mizuto grabbing her. Glad that she has a reliable stepbrother. 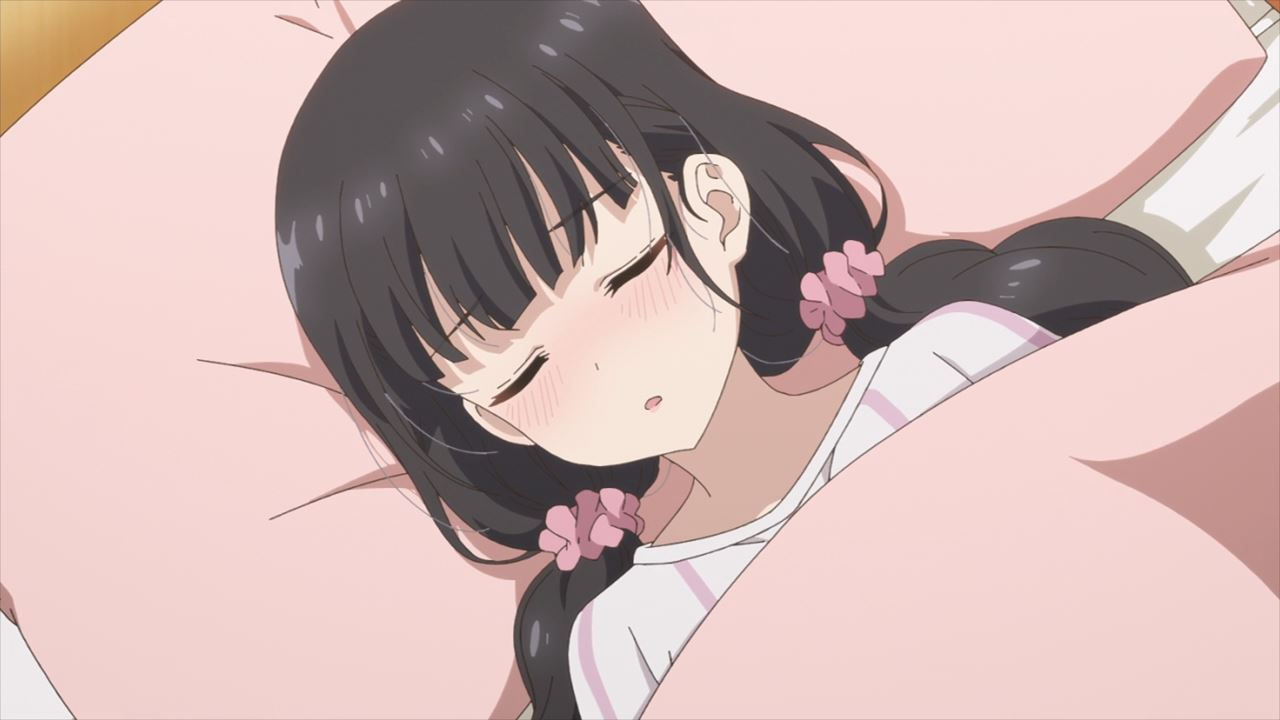 But on the next day, Yume got a high fever that she stayed home to recover. I think she shouldn’t push too hard or her body might not last long. 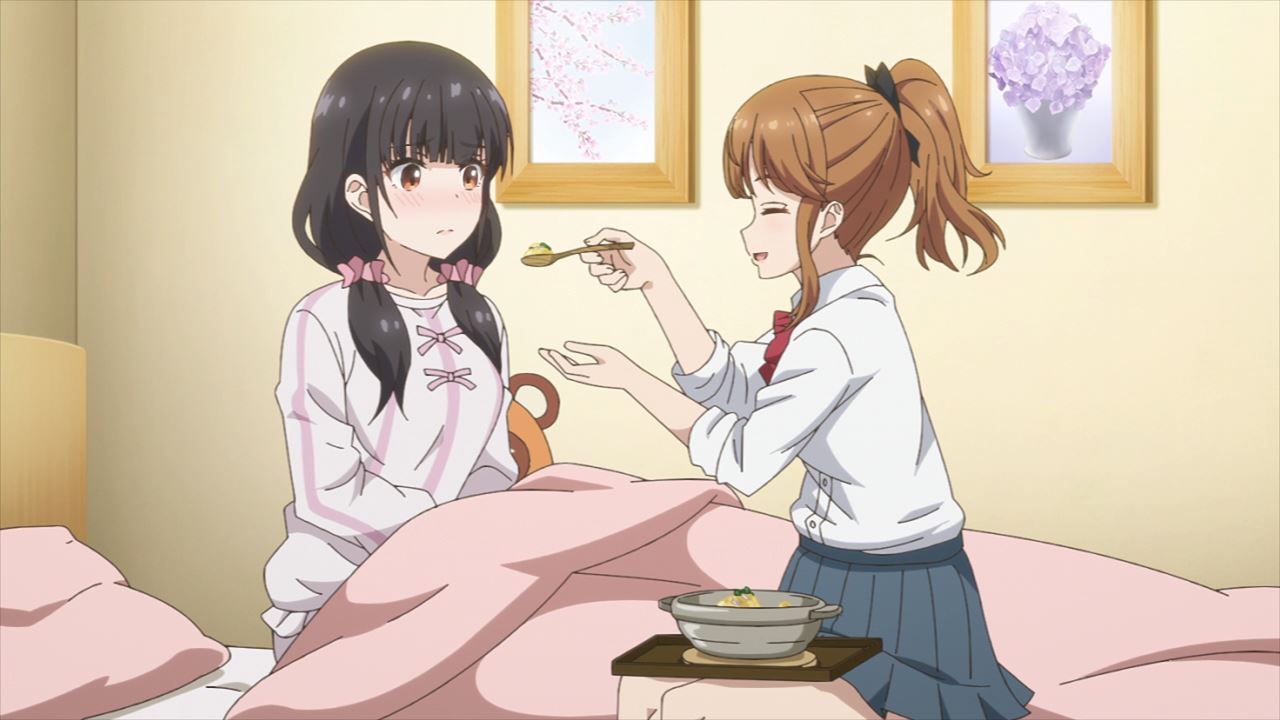 Fortunately, Akatsuki Minami paid a visit where she made some rice porridge… with some help from Mizuto. 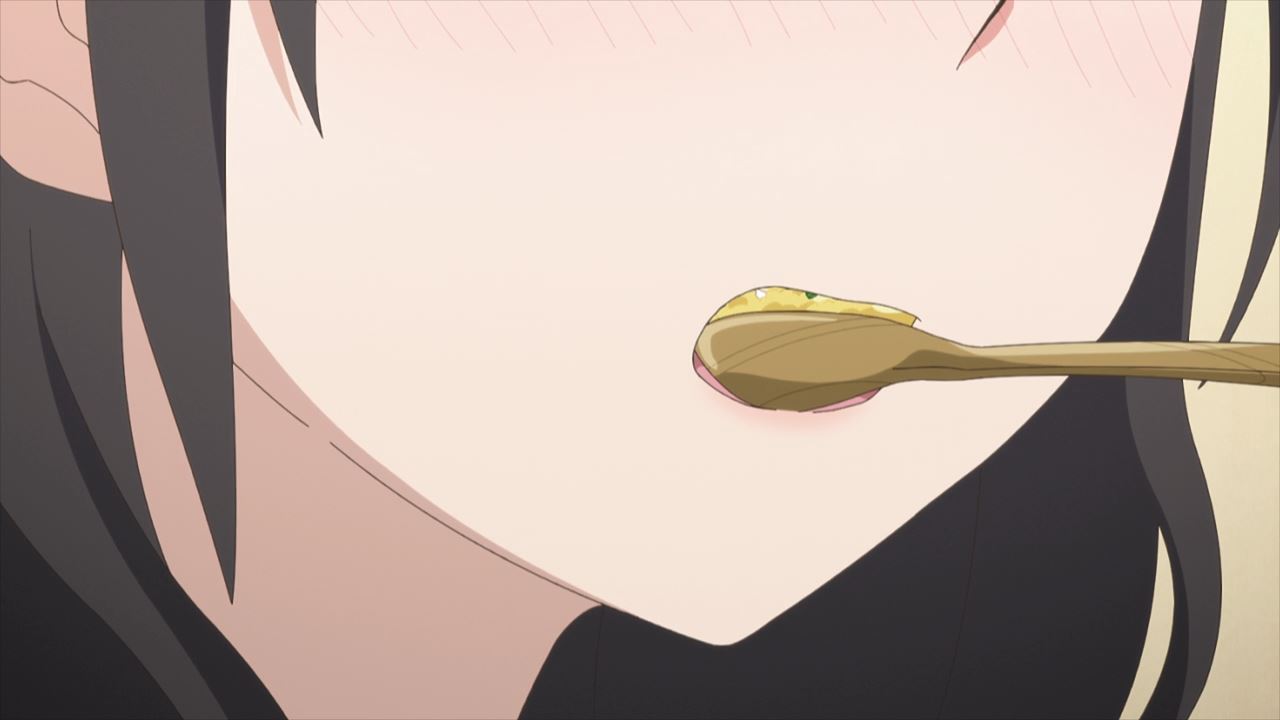 But yes, I’m glad that Yume got a friend who can help her whenever she’s sick. Anyways, enjoy Yume eating rice porridge until she’s full. 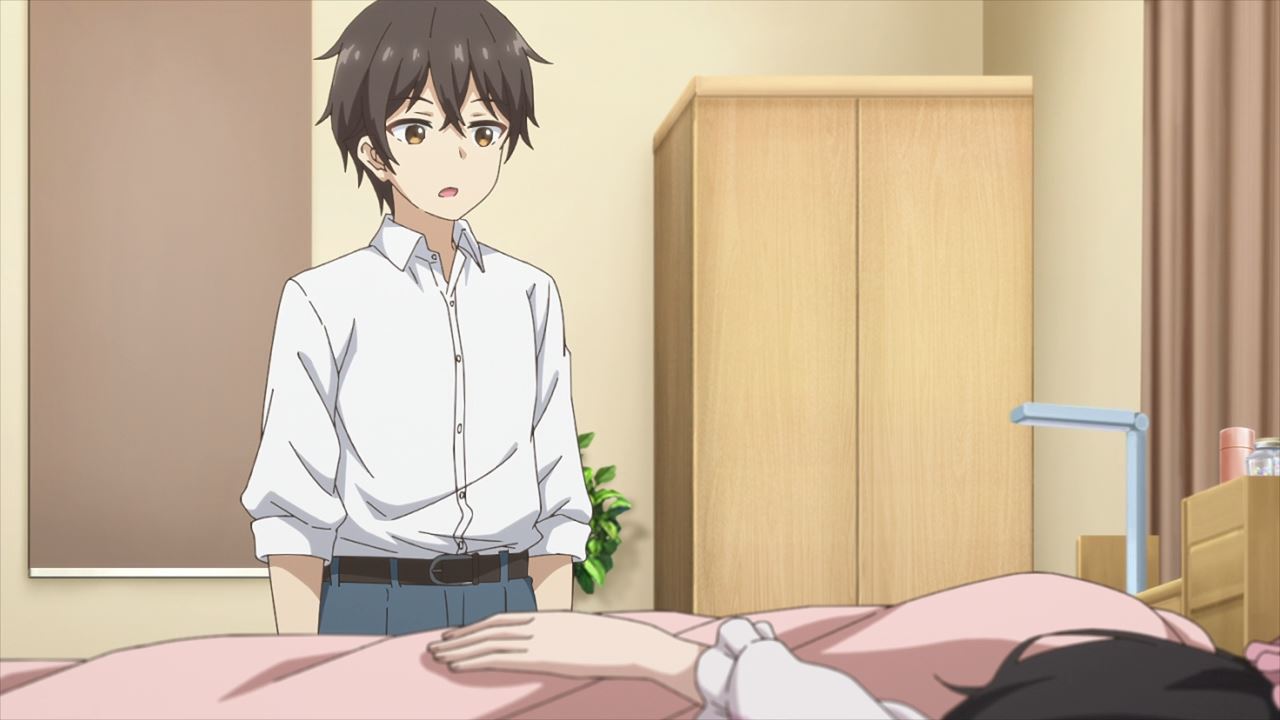 Now then, here’s Mizuto where he’s about to check Yume’s temperature as he wants to know if his stepsister is finally okay. 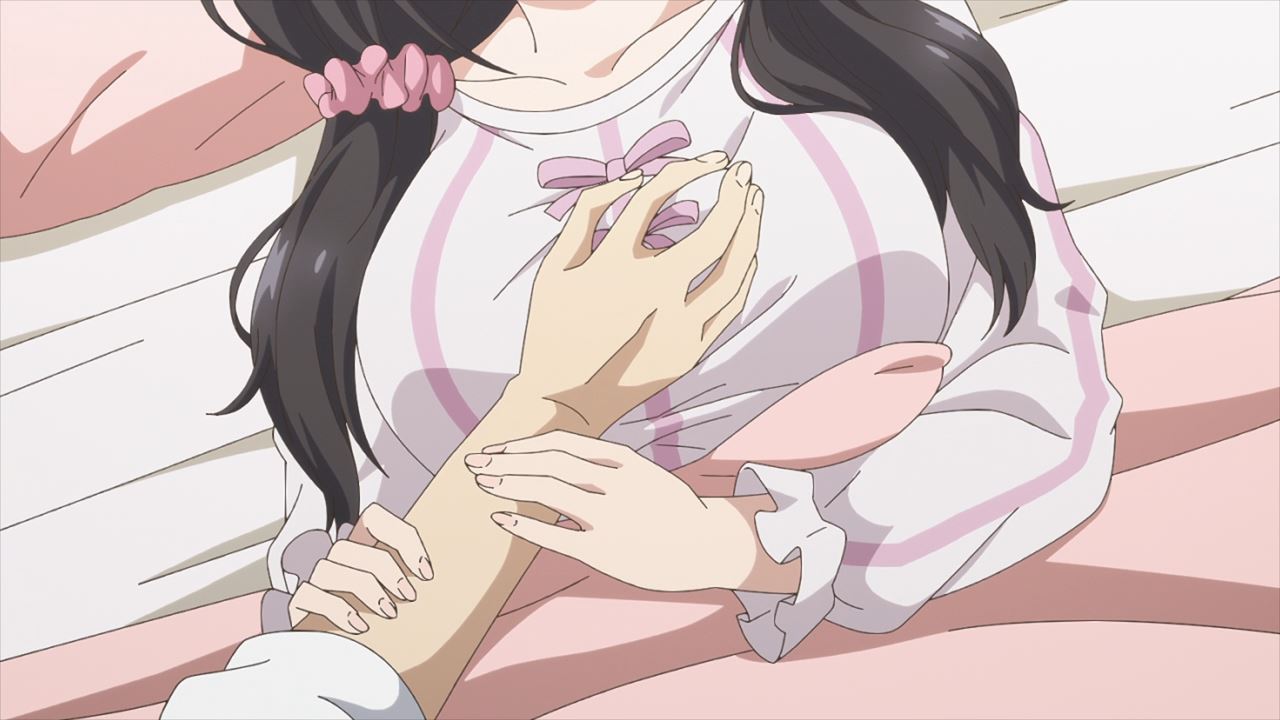 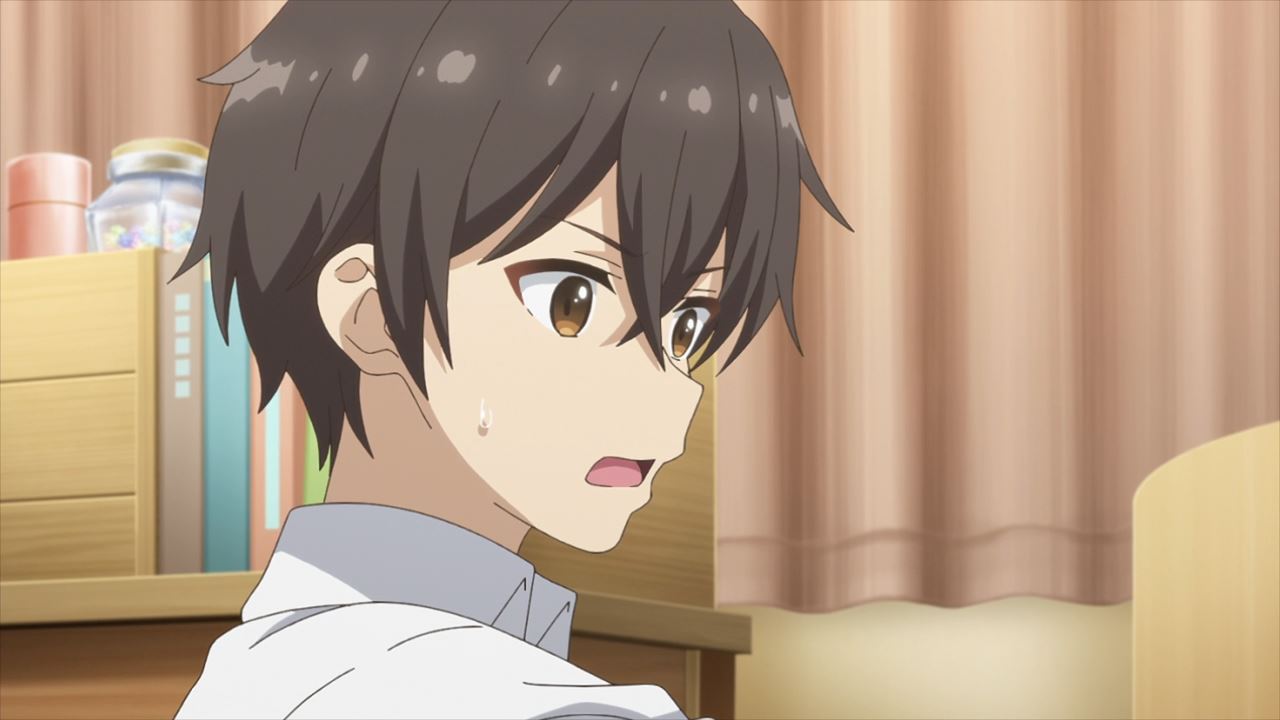 However, Yume has other plans where she holds Mizuto’s hand. Oh, that’s lewd!

But seriously, Yume is becoming a needy girl ever since she collapsed and got a fever. 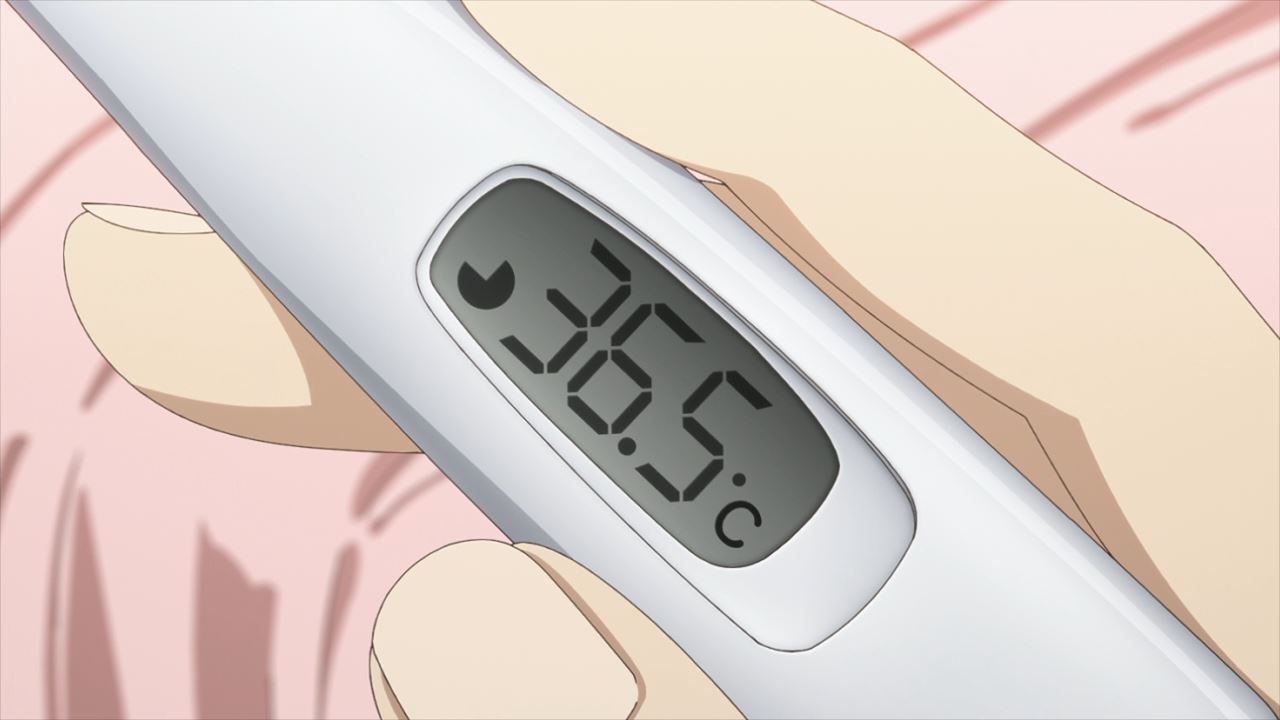 In any case, Mizuto got Yume’s temperature where it’s actually normal, meaning that his stepsister has finally recovered from her high fever. 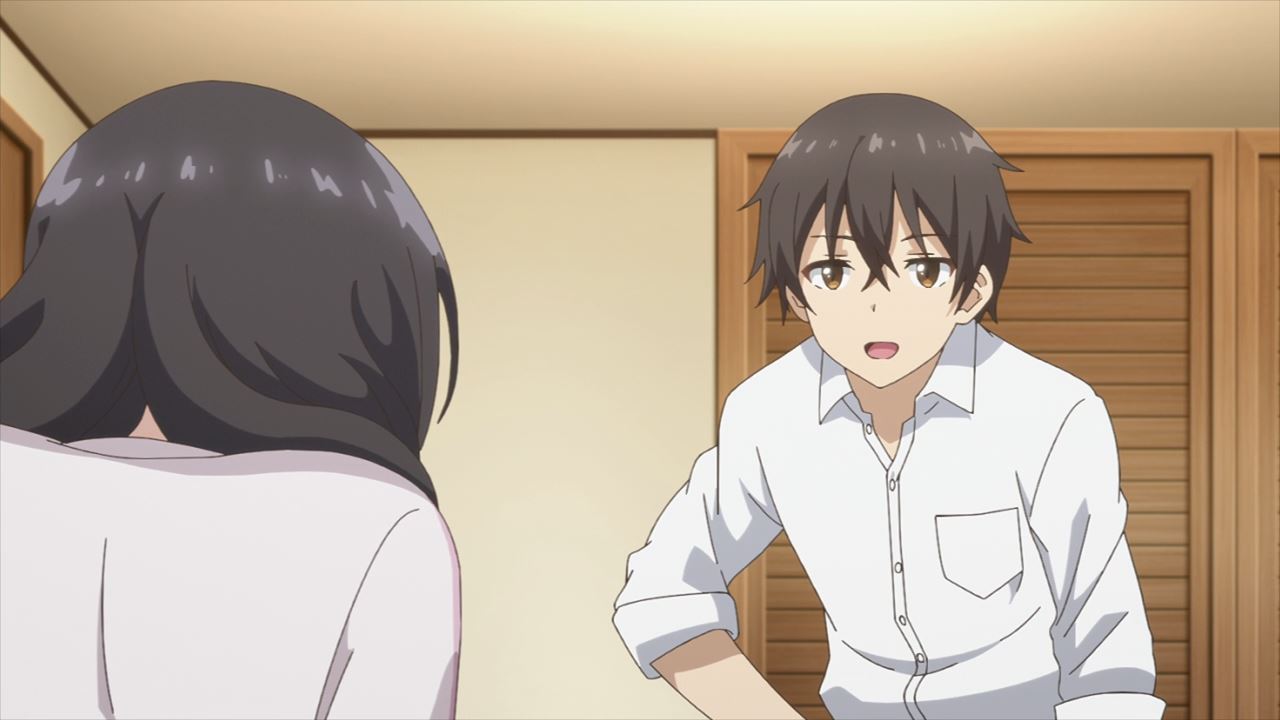 But for Mizuto however, he suspects that Yume is using her sickness just to boss him around. Of course, that won’t work for him since Mizuto knows that his stepsister has recovered from her high fever. 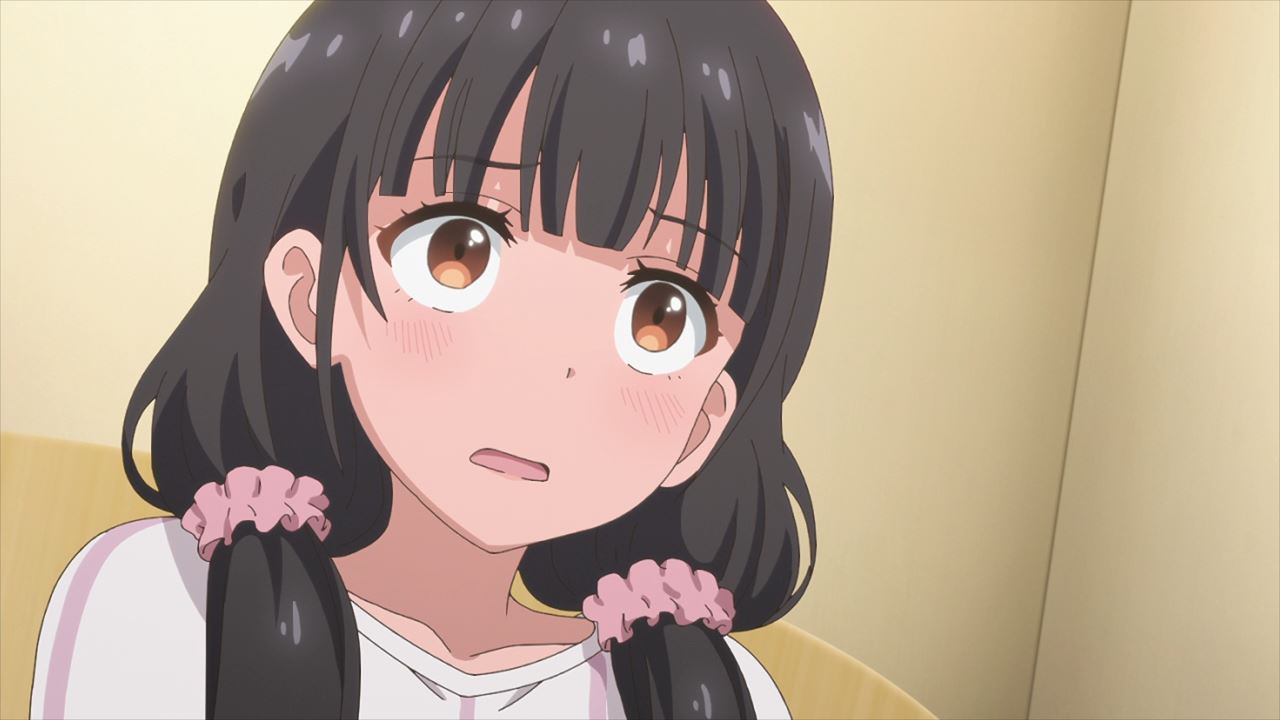 And speaking of Yume, she’s pretty embarrassed that she’s acting high and mighty until she got exposed in the end. Still, I wish Yume should take care of herself from now on. 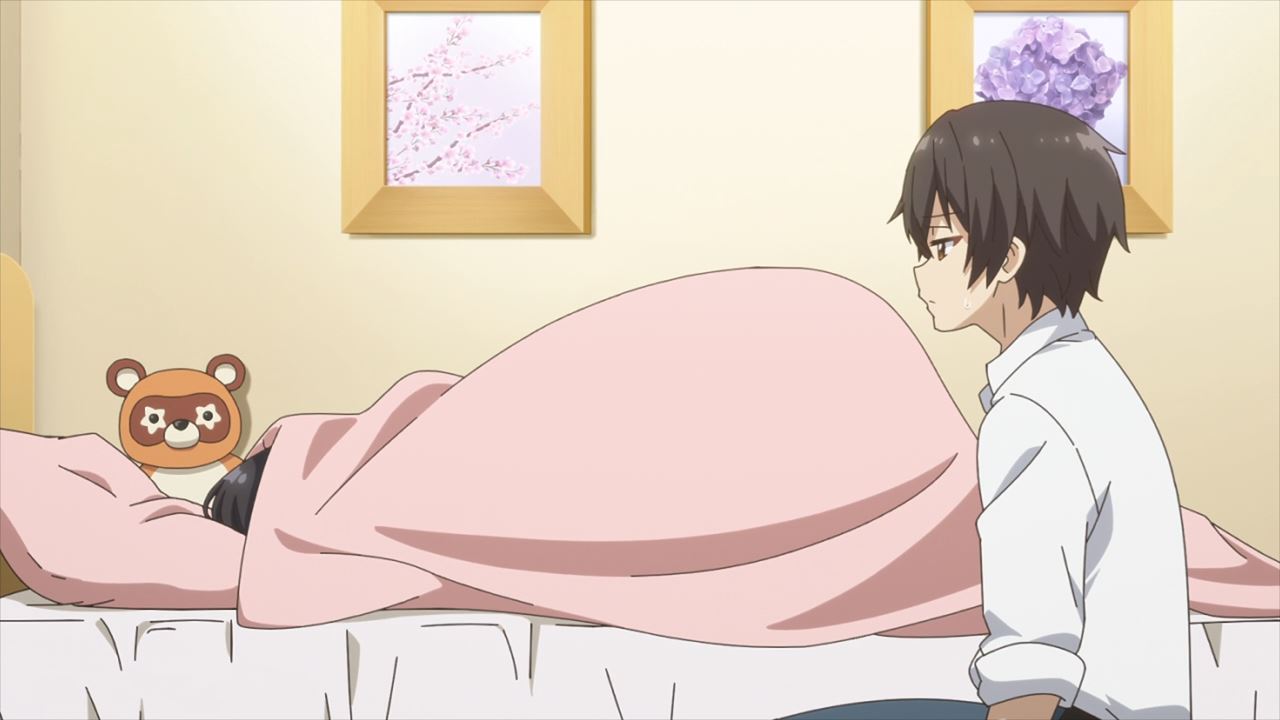 But that’s the end of the 2nd episode where stepsiblings are still bickering like lovers.

Geez, I wish they would bury the hatchet instead of keeping that sexual tension. Anyways, I’ll see you next time!