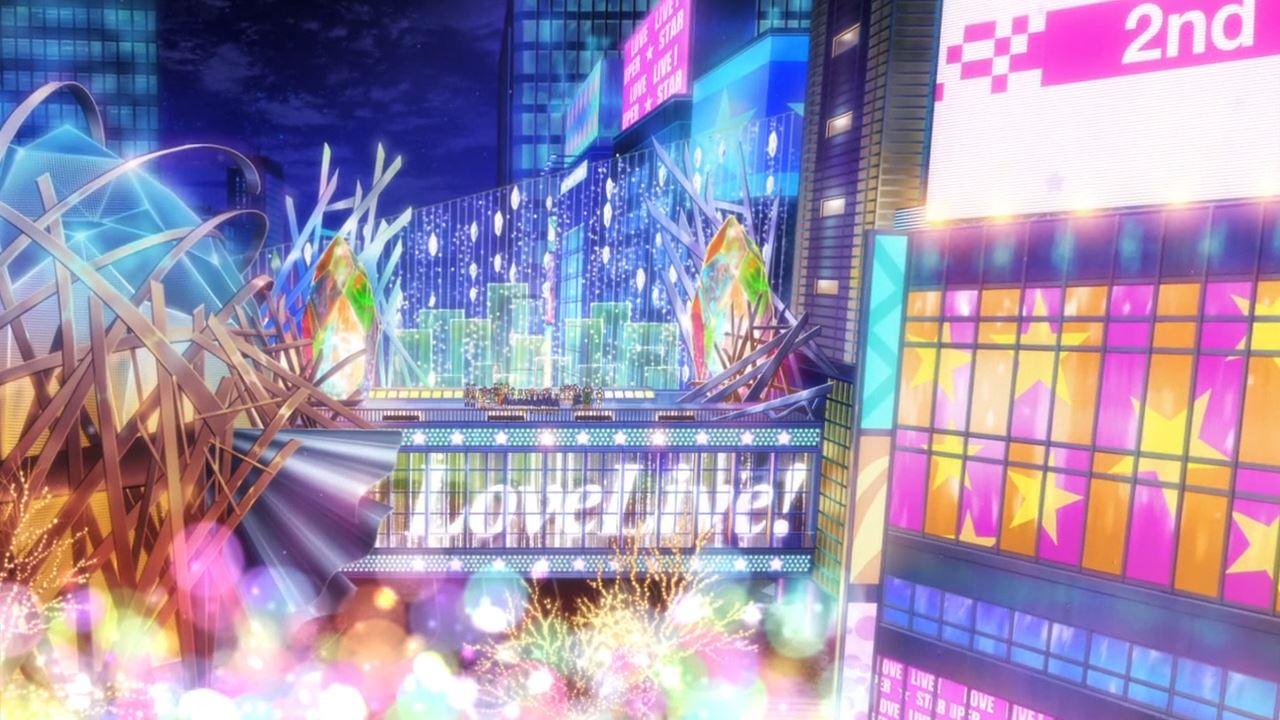 Well everyone, the day has finally arrived where we’ll find out who will move onto the next stage. Is it gonna be Wien Margarete, or Yuigaoka Girls’ Academy’s Liella? 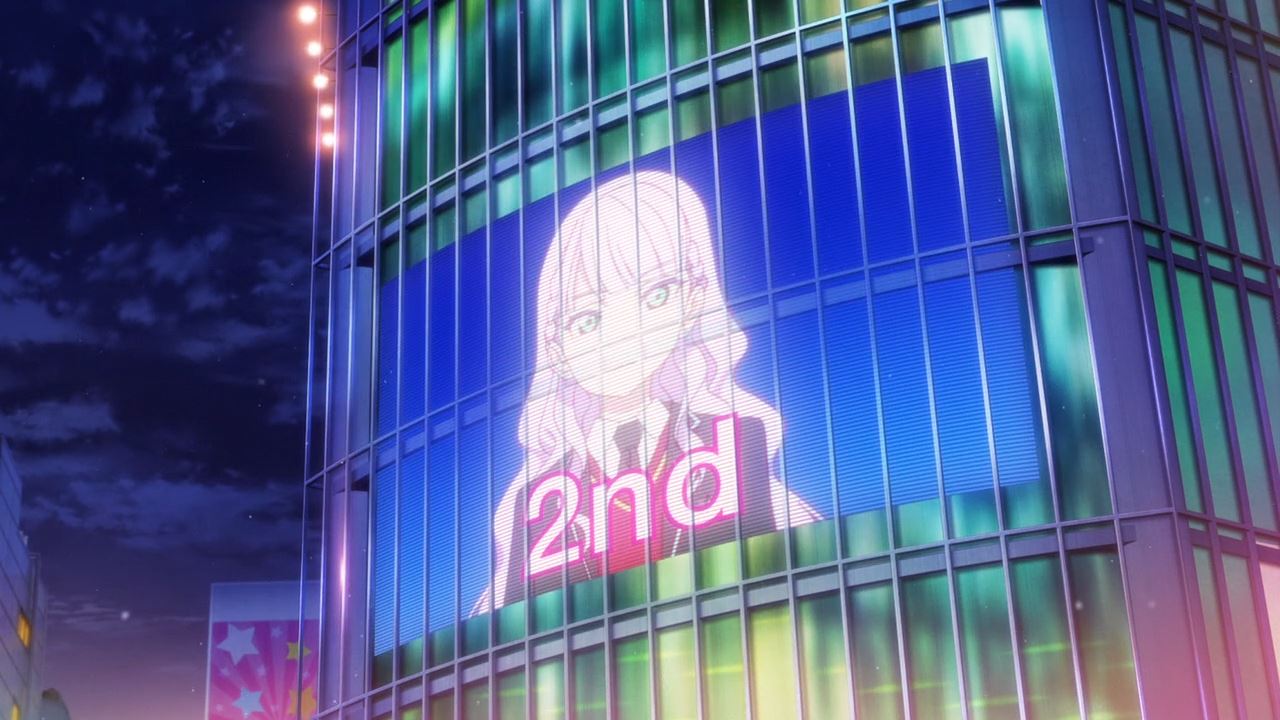 Anyways, let’s announce the 2nd place finisher shall we, as it turns out that Wien Margarete fell short despite putting an amazing performance. Looks like her overconfidence really cost Wien the literal win in this Tokyo qualifiers. 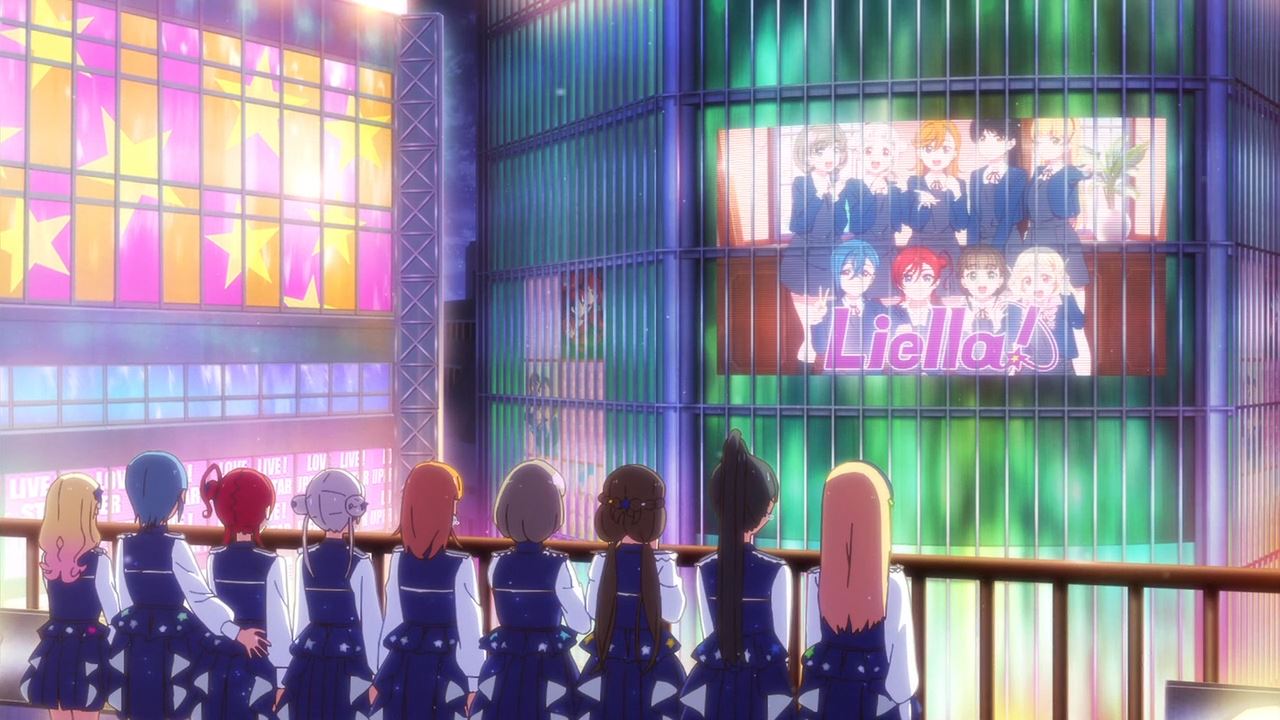 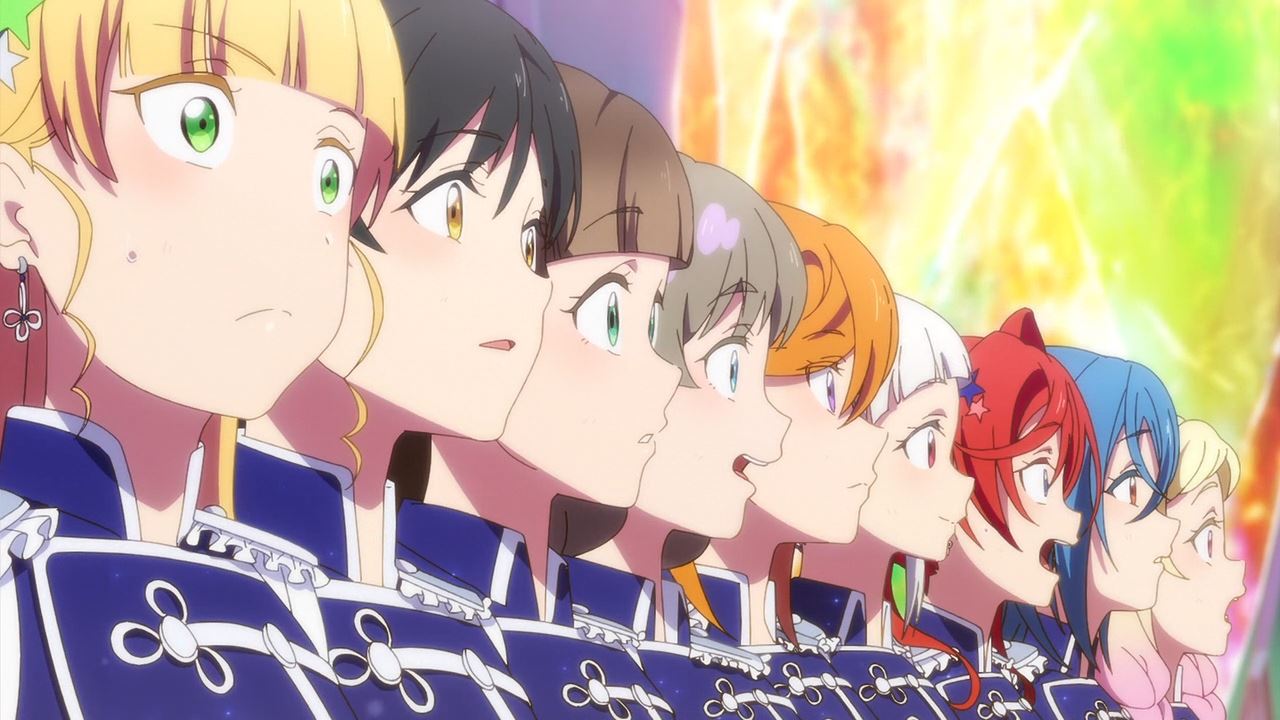 So with Wien Margarete placing 2nd in the qualifies, this means that Liella got 1st place as they book a ticket to the national tournament.

For Kanon Shibuya and the rest, they’re pretty surprised with the result as their honest-to-good performance captivated the entire crowd. 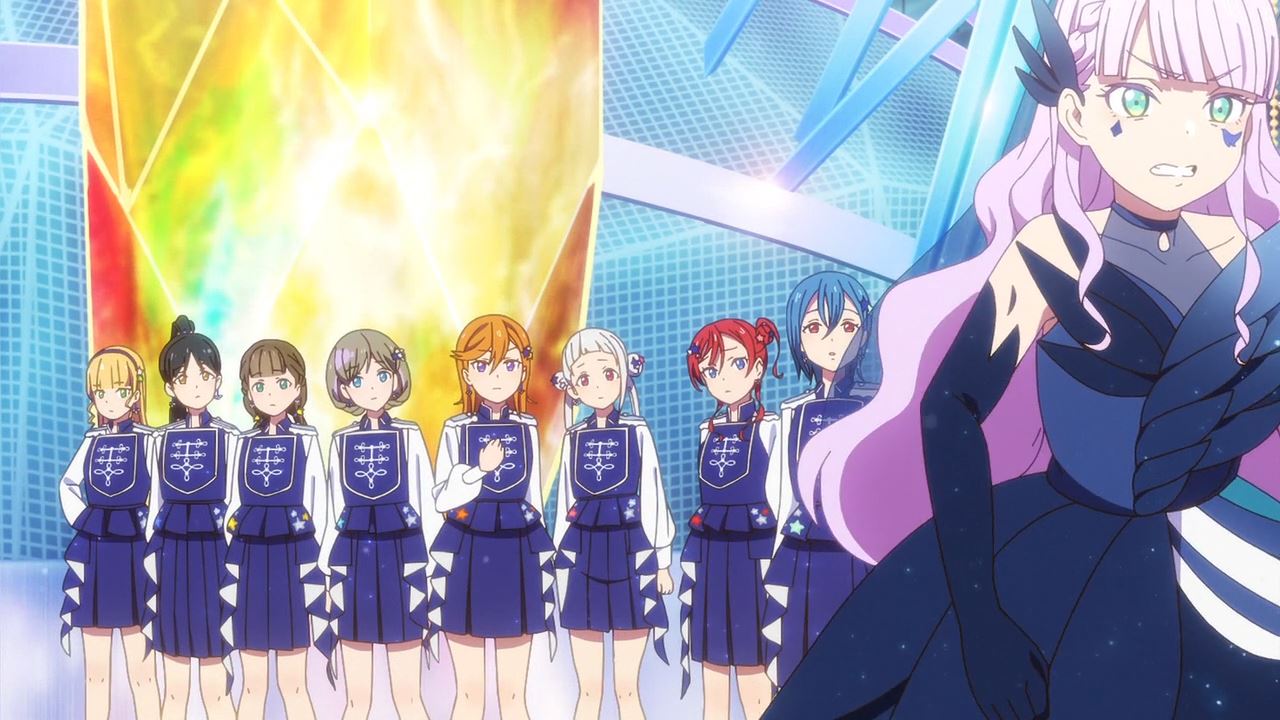 Unfortunately for Wien Margarete, she doesn’t accept the result as Wien believes that she’s more talented than Liella. Okay Wien, are you accusing that the Tokyo qualifiers is rigged?

Still, Wien Margarete will return in the next Love Live! competition as she wants to prove everyone that she can shine brighter, although Wien should learn about humility first. 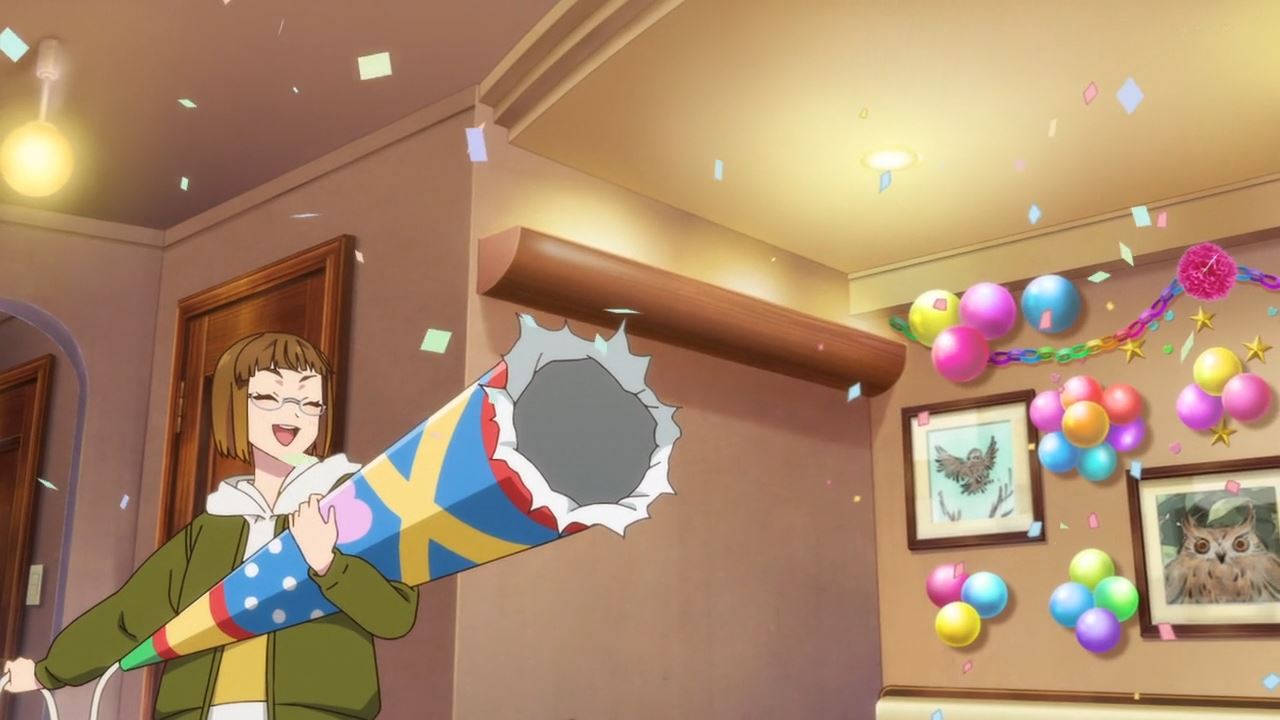 Meanwhile, it’s celebration time as Aria congratulates Liella for winning the Tokyo qualifiers. Of course, Kanon Shibuya and the rest can’t take it easy as they have to prepare themselves in winning the entire thing.

For the time being, Liella will have to celebrate New Year’s Day as they need some rest after that intense battle against Wien Margarete. 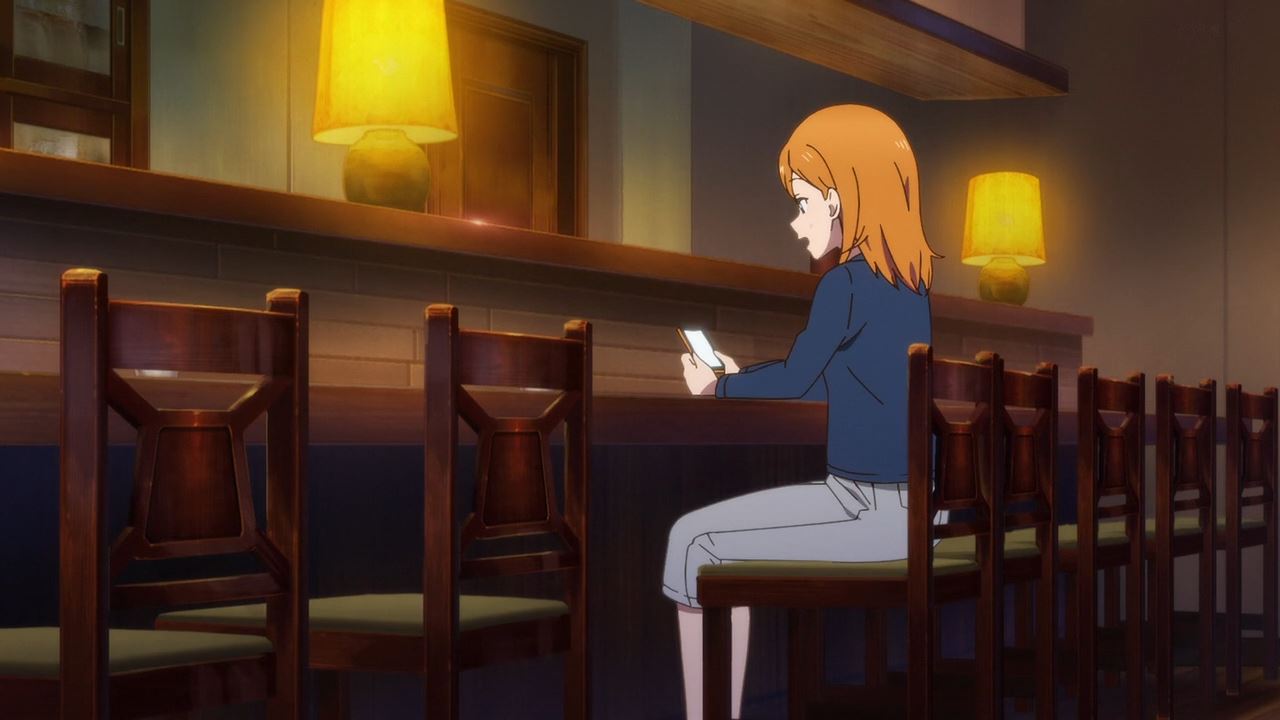 Speaking of Wien Margarete, Kanon Shibuya is really curious on why she went to greater lengths in winning the entire Love Live! competition, only to fail spectacularly? 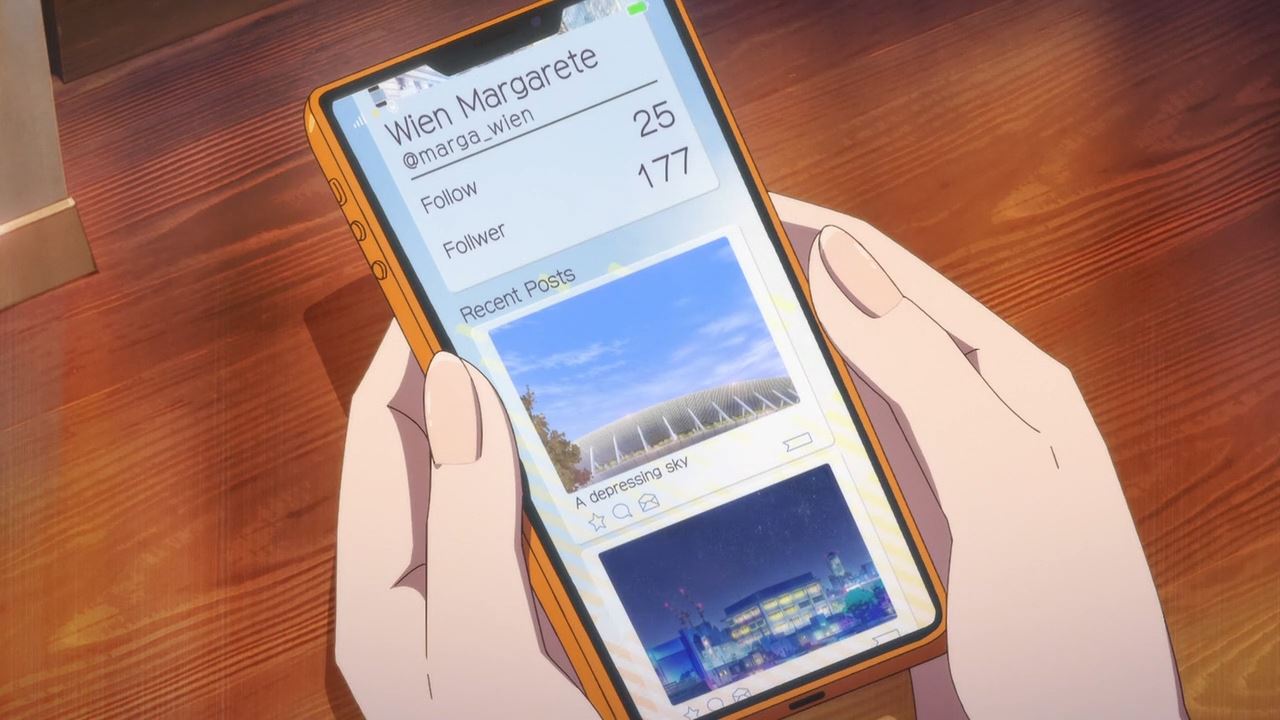 But first, she needs to find Wien as Kanon stumble upon her social media account. Gotta say that the hunter has become the hunted! 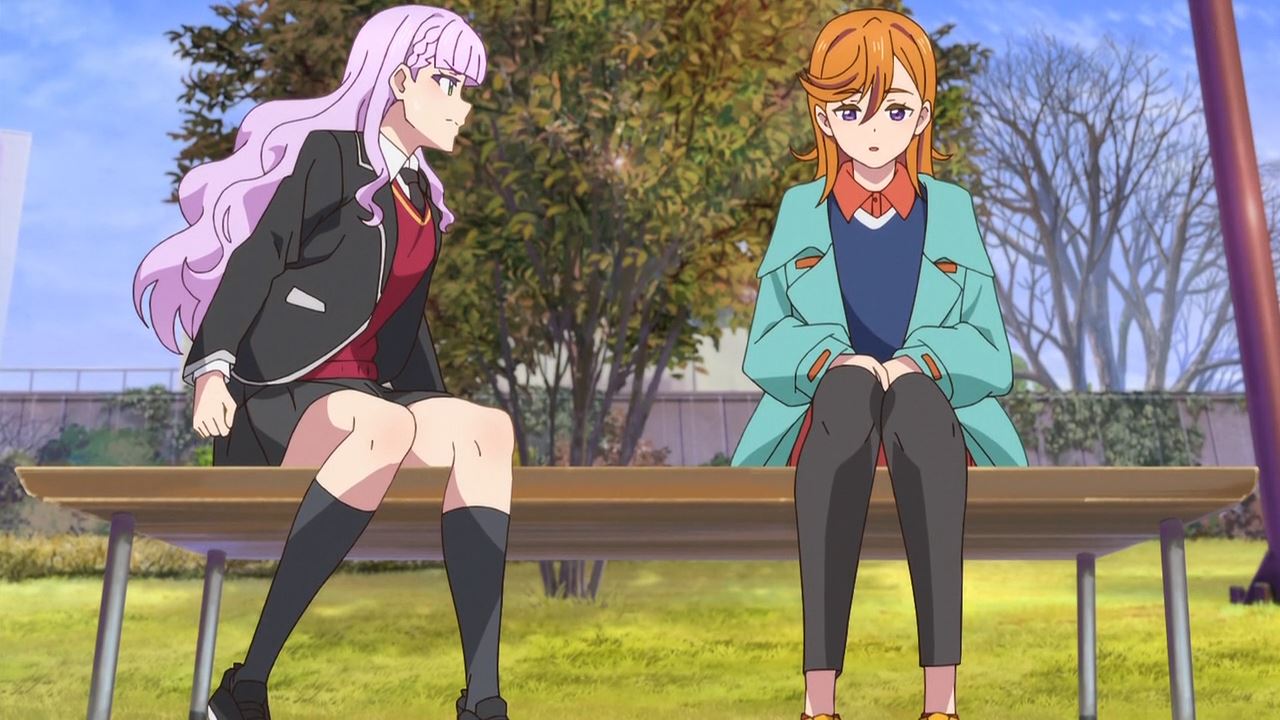 Anyways, Kanon Shibuya has finally found Wien Margarete at Meiji Jingu Stadium where she wants to have a heartful talk with her former competitor. 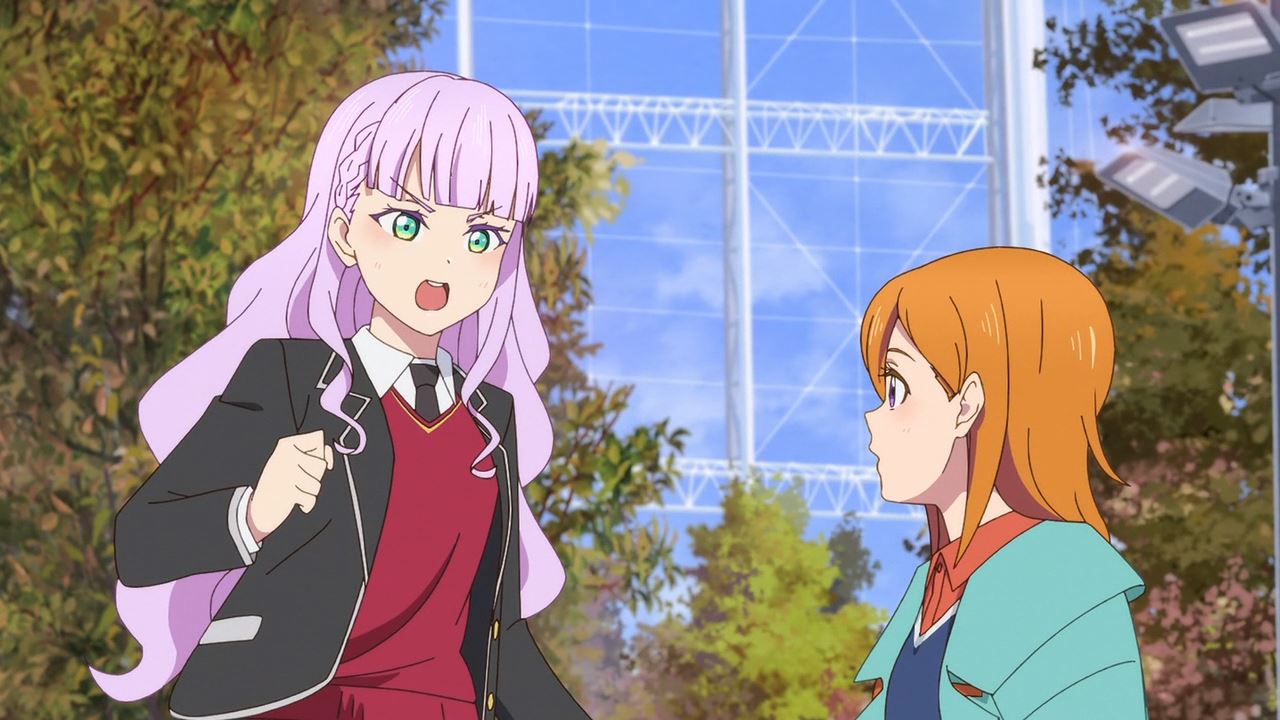 Except that she’s too stubborn to have a conversation with Kanon. I guess Wien is still bitter about her loss during the Tokyo qualifiers.

However, what I did learn is that Wien Margarete wants to win the Love Live! competition as she wants to enroll to a prestigious music school somewhere in Europe. 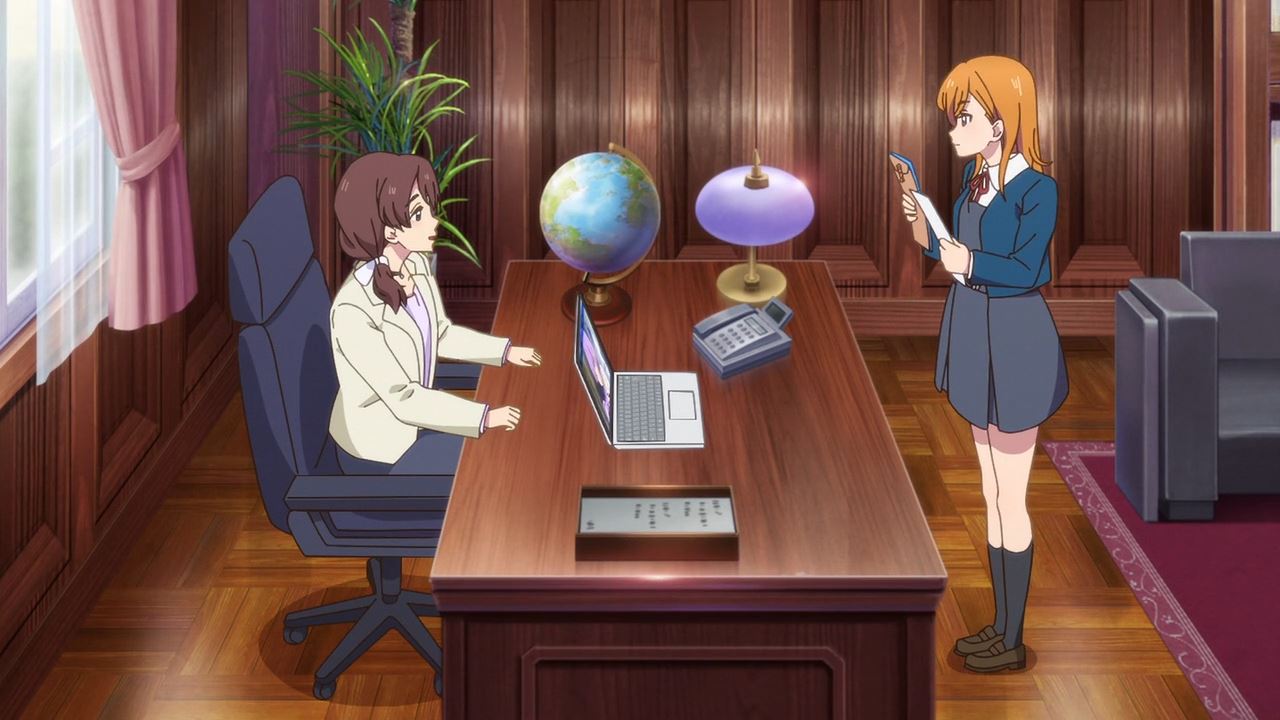 And speaking of that certain music school, the school principal called Kanon Shibuya for an important news as she was invited by the Vienna National Academy of Music to study there as an exchange student… provided if she managed to pass the entrance exam or got a music scholarship of course. 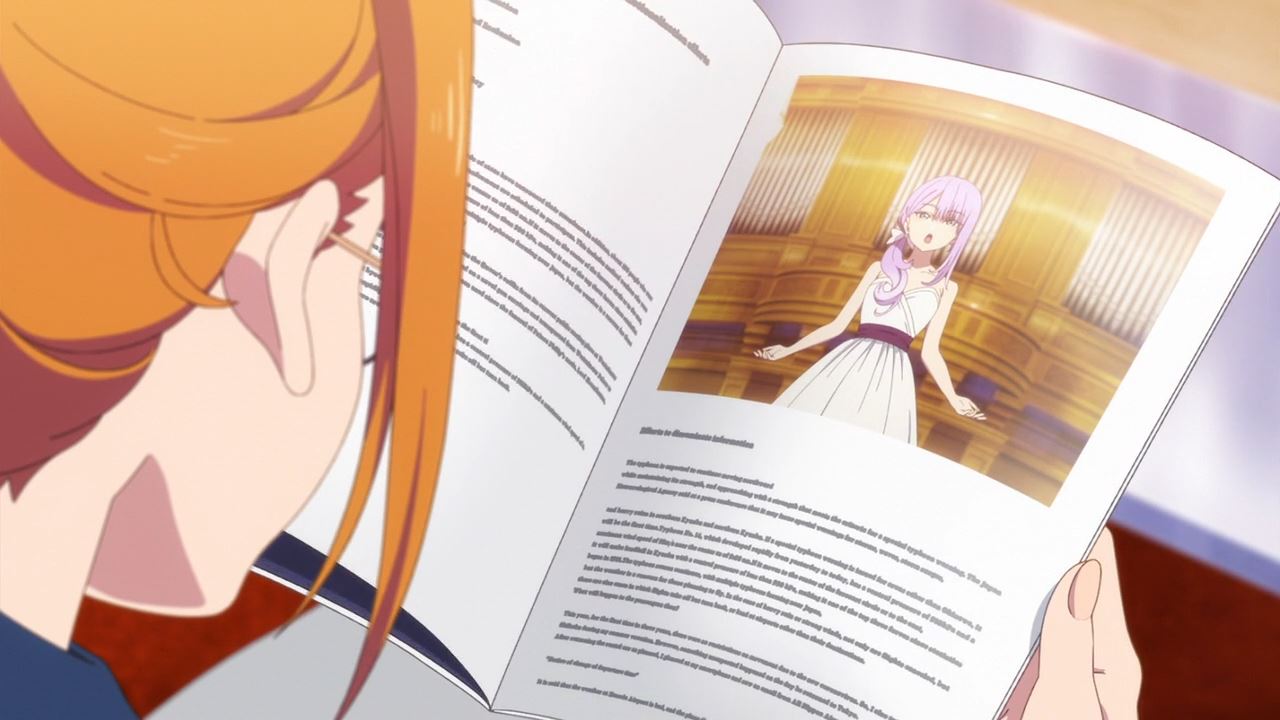 And here’s the thing though as the Vienna National Academy of Music has some connection with Wien Margarete. I mean, the school pamphlet featured a person believe to be Wien’s mother or older sister.

I have to say that Wien Margarete is striving hard to enroll at the Vienna National Academy of Music and continue her family’s legacy, Of course, Kanon Shibuya is blessed with an opportunity to enroll at a prestigious school, so it’s up to her on whether to study abroad or not. 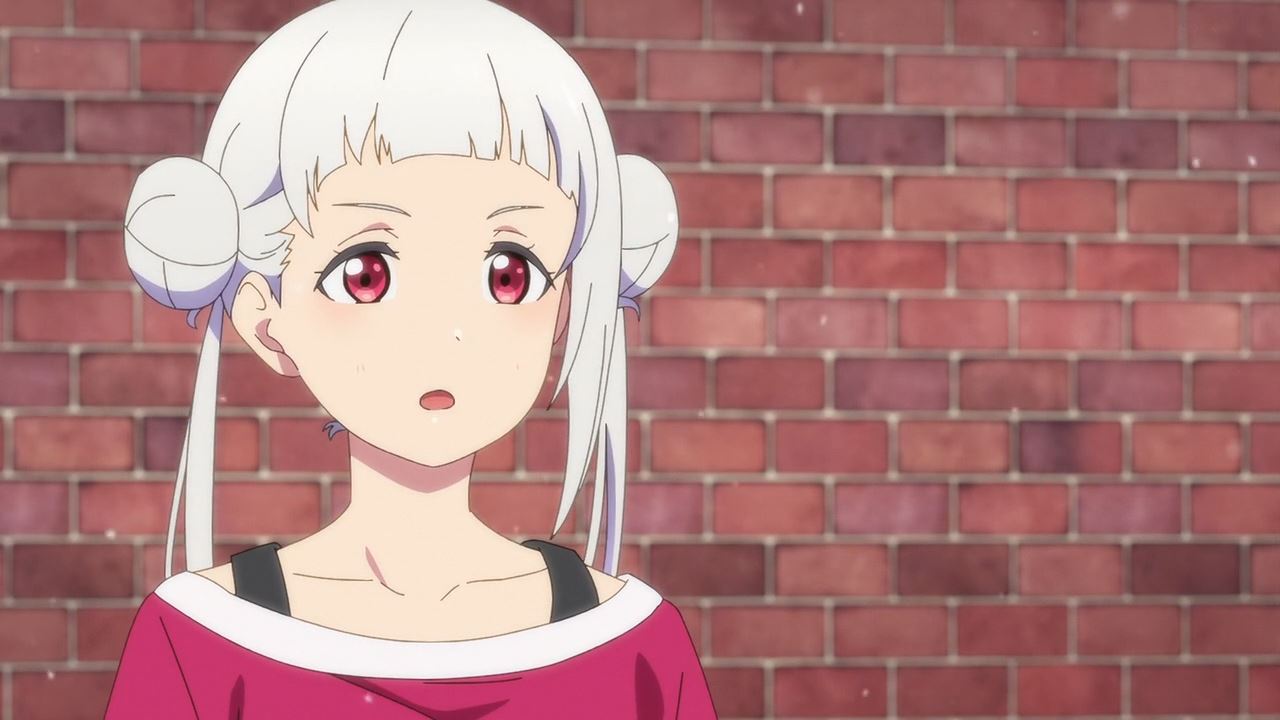 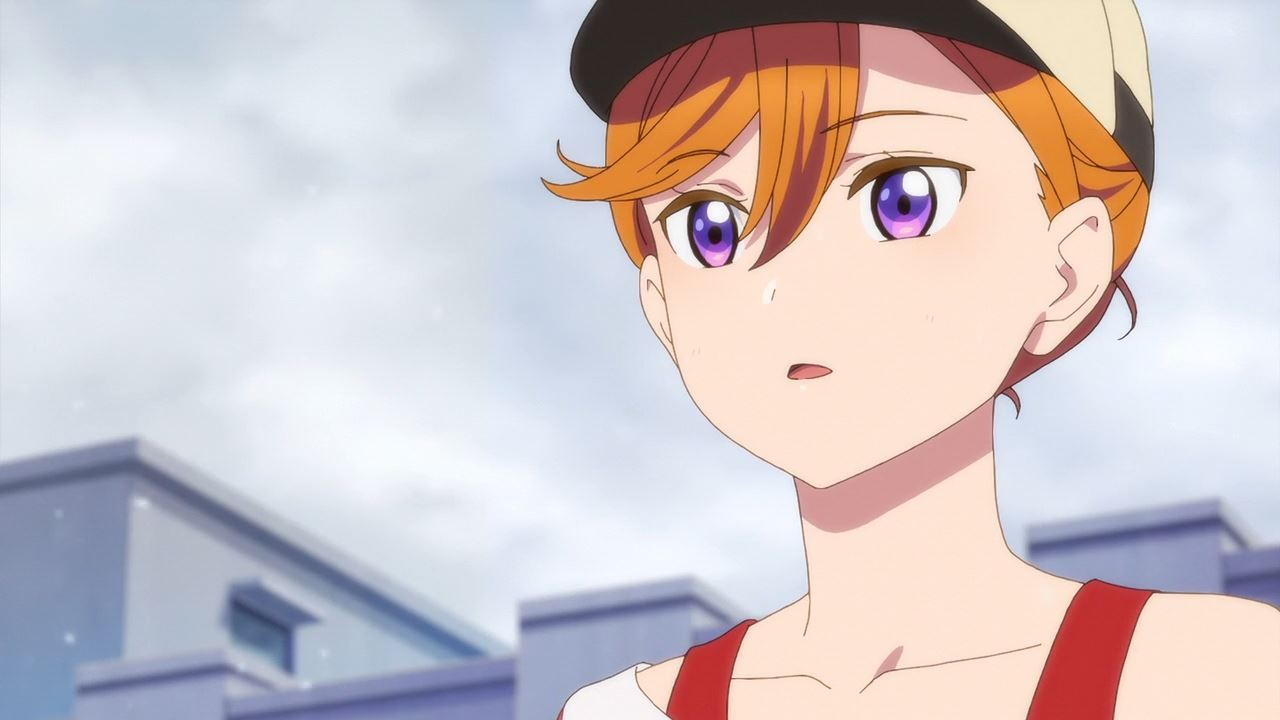 However, it looks like Chisato Arashi wants to tell something important to Kanon Shibuya, especially when it comes to her future. Okay, seems that Sunrise gave me a cliffhanger ending to this penultimate episode! 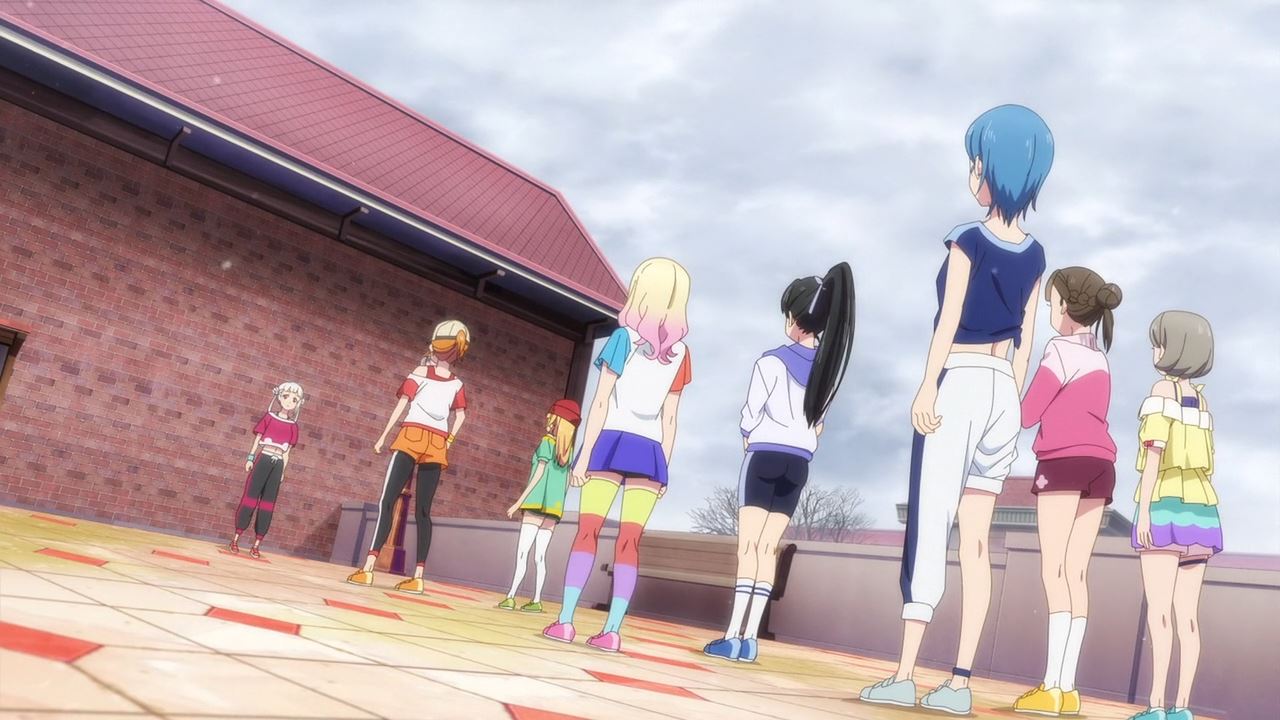 But that’s about it for Episode 11 where Liella won the Tokyo qualifiers as they’re gonna compete in the national tournament.

Of course, I’m curious on what will be the future for Kanon Shibuya as even though she was given an opportunity to study at the Vienna National Academy of Music, Kanon’s heart wavers where she wants to stay in Yuigaoka Girls’ Academy until graduation.

Anyways, I’ll see you next time for the final episode. Whatever happens next week, I’m hoping that Liella will have a happy ending!