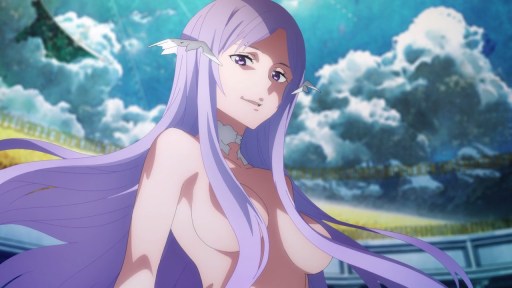 This is it, the final battle between the Administrator that is Quinella, who prefers to fight in the nude… 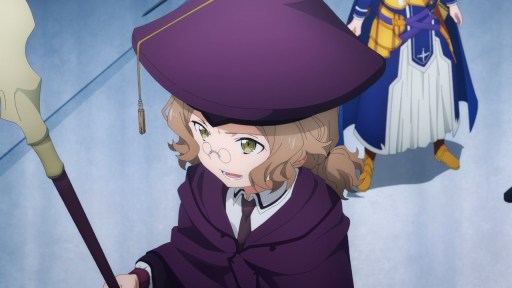 …versus the Cardinal and her allies, previously known as Lyserith. Of course, the problem is that Quinella can’t be beaten by sheer power alone. 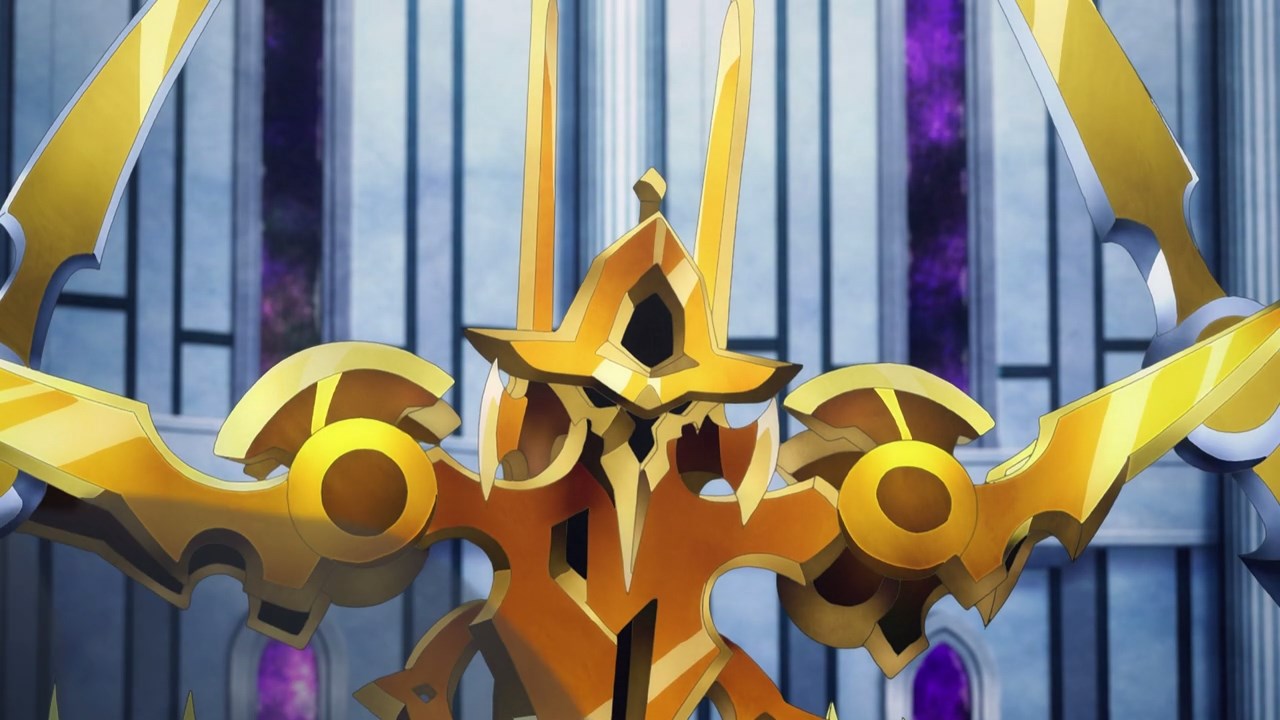 In fact, turns out that Quinella can summon Sword Golems that she doesn’t care if these monsters were once humans or not.

Oh, and the worst part? The Administrator will sacrifice countless humans to produce one Sword Golem, attack the Dark Territory and then eventually the real world.

But then again, it’s impossible for a Sword Golem to function properly if it’s only have one human host. That’s until they realized that it’s powered by various Memory Fragments being scattered around the tower and treated as ornaments.

Basically, these Sword Golems are humans, therefore the likes of Kirito, Eugeo, and Alice can’t hurt them. And with that, it’s a complete victory for the Administrator. 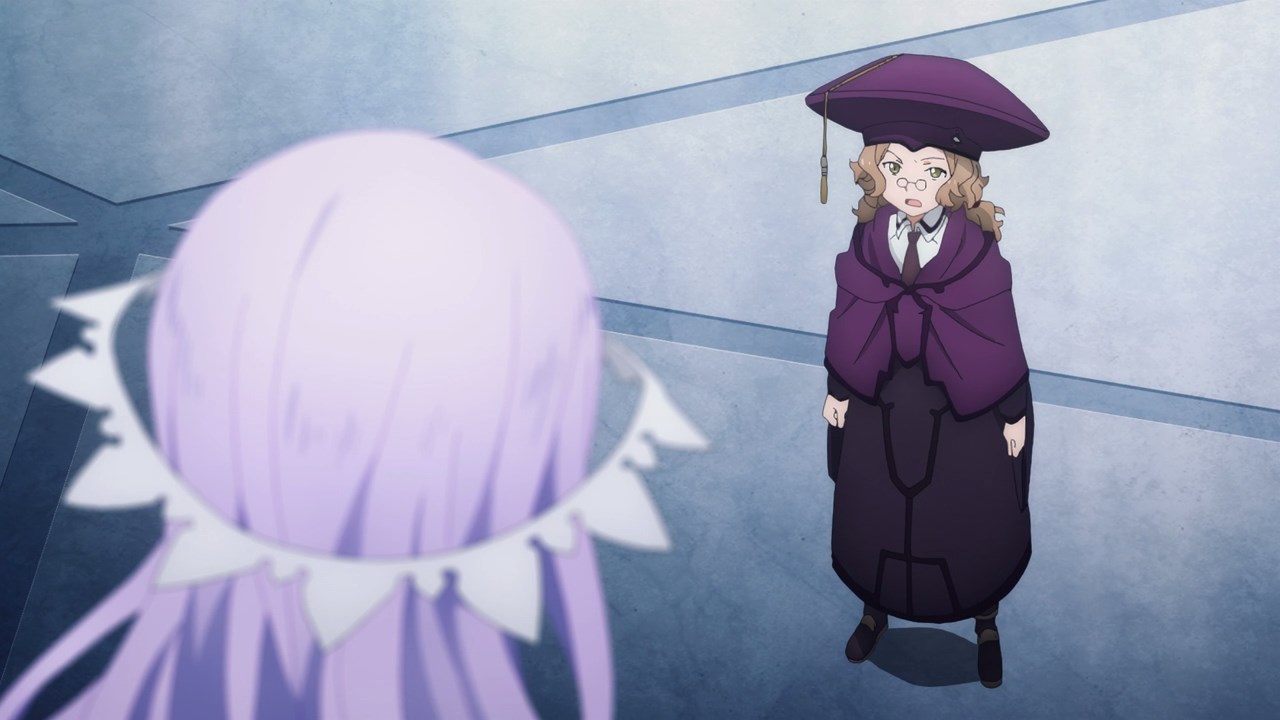 And so, the Cardinal decided to let herself die at the hands of the Administrator since she can’t hurt humans even thought Quinella transformed them into mindless puppets.

In exchange, the Cardinal told Quinella to let Kirito, Alice, and Eugeo live. Then again, I doubt that Quinella will keep that promise!

In any case, Quinella will gladly kill her adversary with any resistance. But seriously, the Adminstrator is one hell of a villain that it makes Nobuyuki Sugou/Oberon look like a chump in comparison. 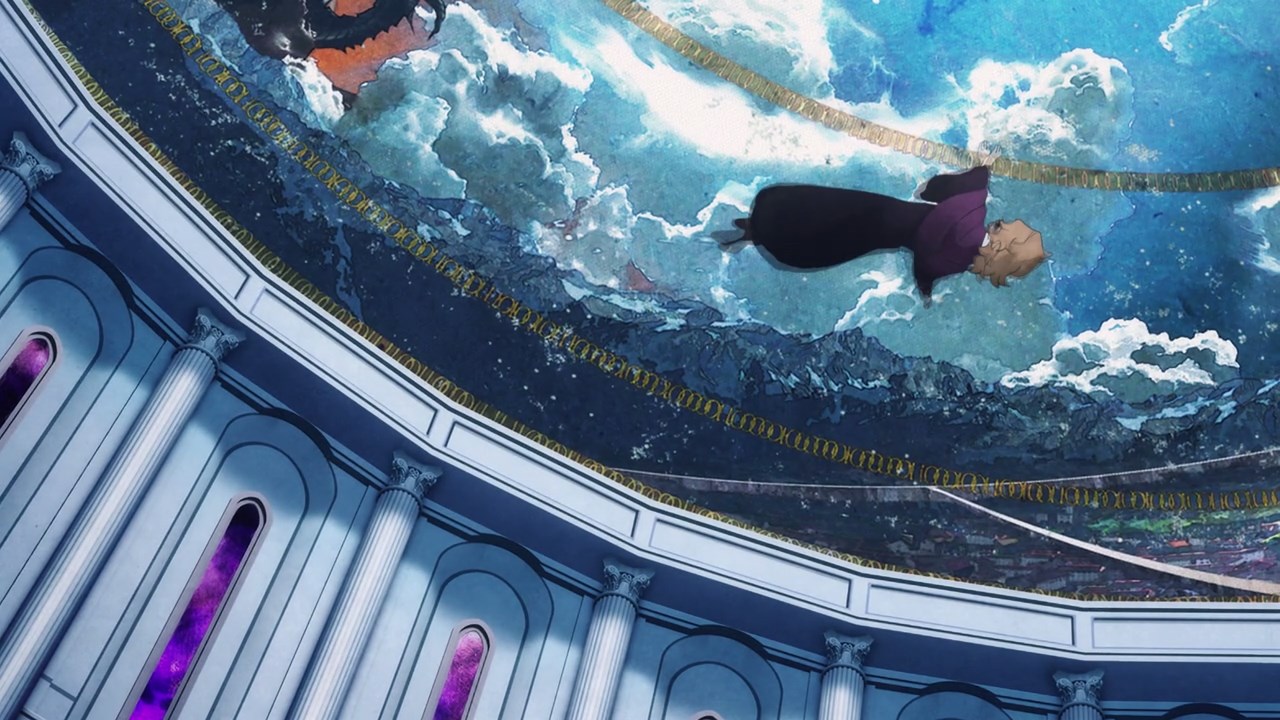 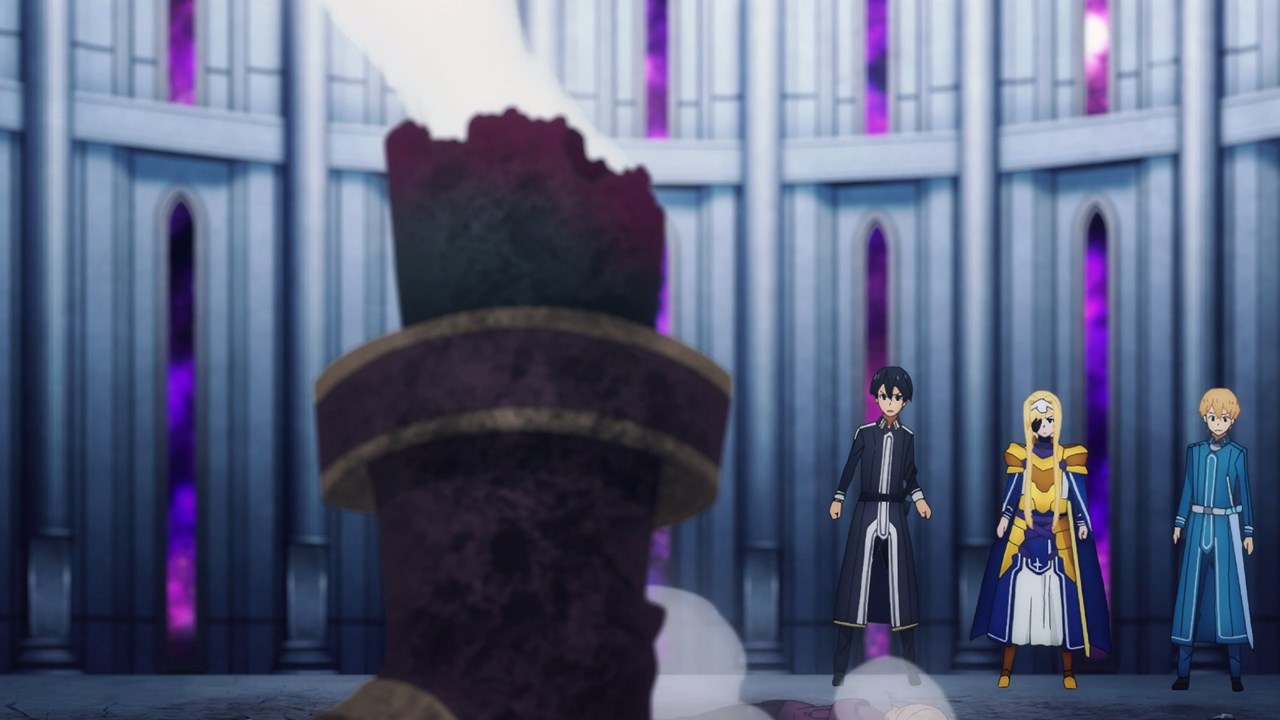 And here’s the Cardinal, getting killed by Quinella without putting out a fight. Not only that, but her leg got amputated due to Silvery Eternity’s immense lightning magic. 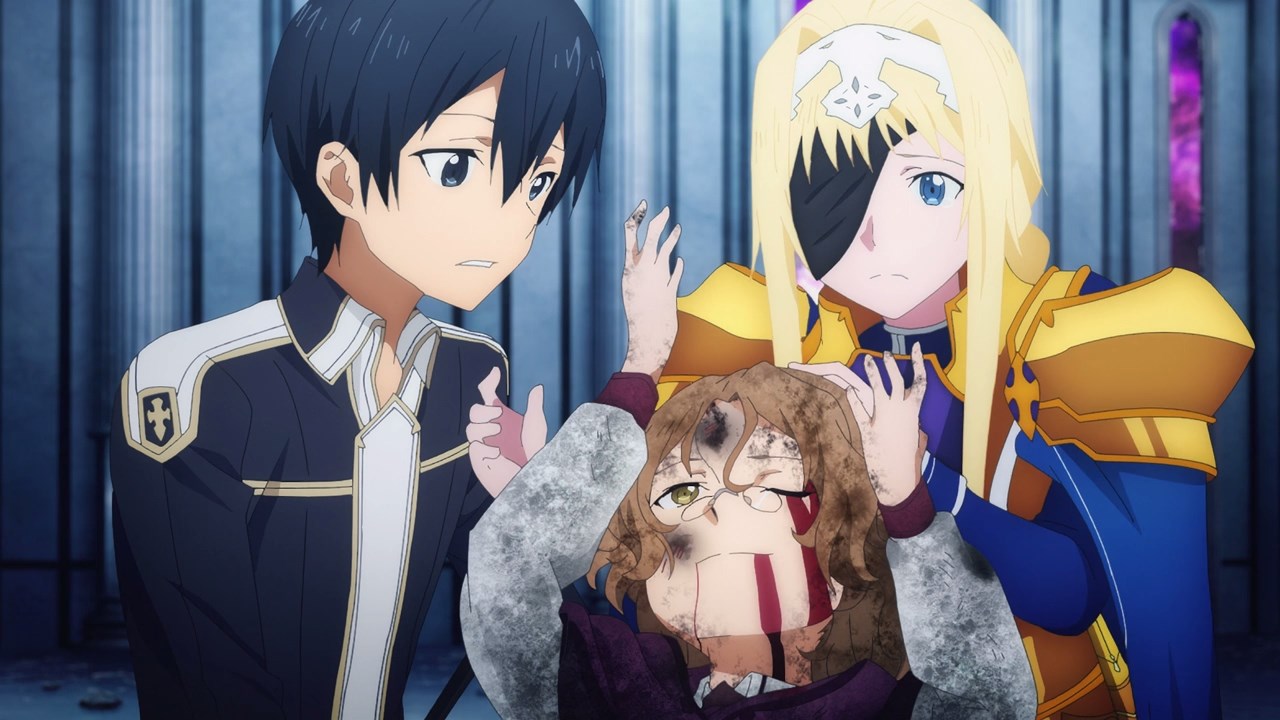 Of course, the Cardinal told Kirito and Alice to complete their mission because letting Quinella do as she pleases will be detrimental to the whole Alicization project.

Then again, the Administrator is too strong and her Sword Golem is hard to beat as Quinella can create another one. 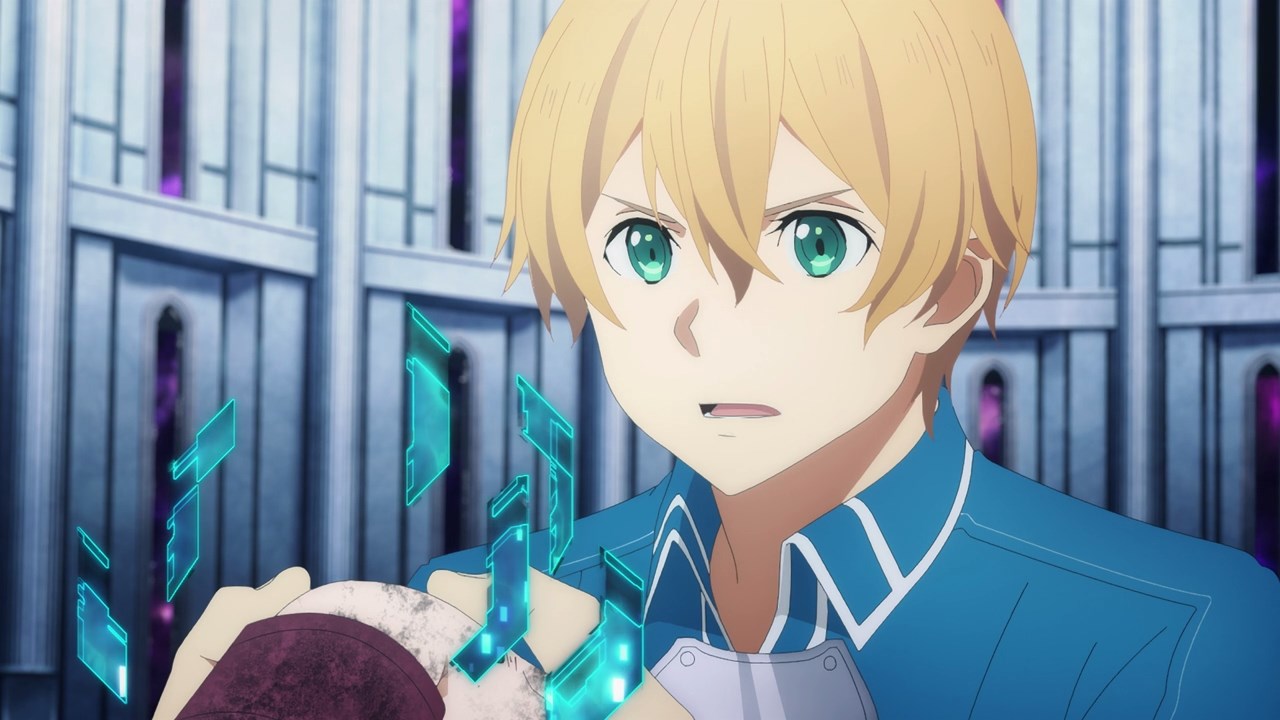 That’s where Eugeo had an idea of stopping both the Sword Golem and Quinella. Of course, he needs the Cardinal for assistance as Eugeo begged her to transform into something useful. 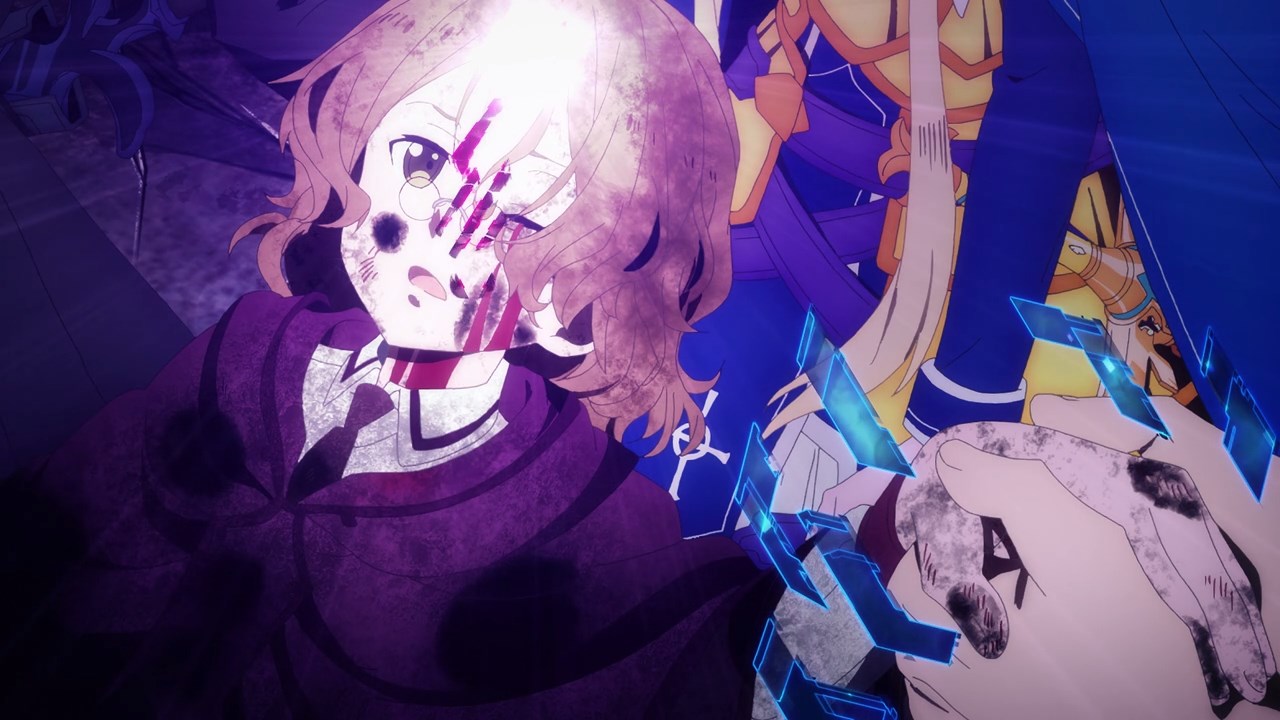 And while the Cardinal is hesitant to transform Eugeo’s body after removing his core protection, she finally gave in to his demands as it’s the only way to defeat the Administrator. 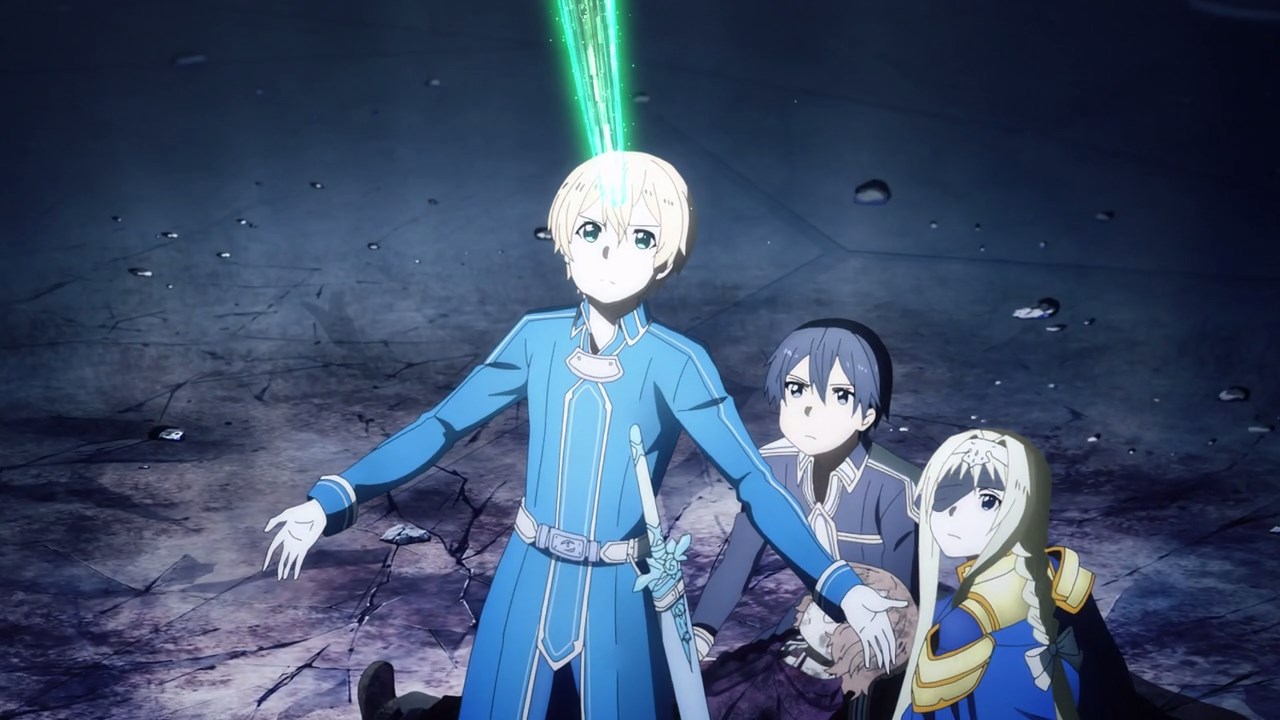 With that said, the Cardinal managed to modify Eugeo’s body, but he needs to get the Memory Fragment that’s being lodged from the ceiling. 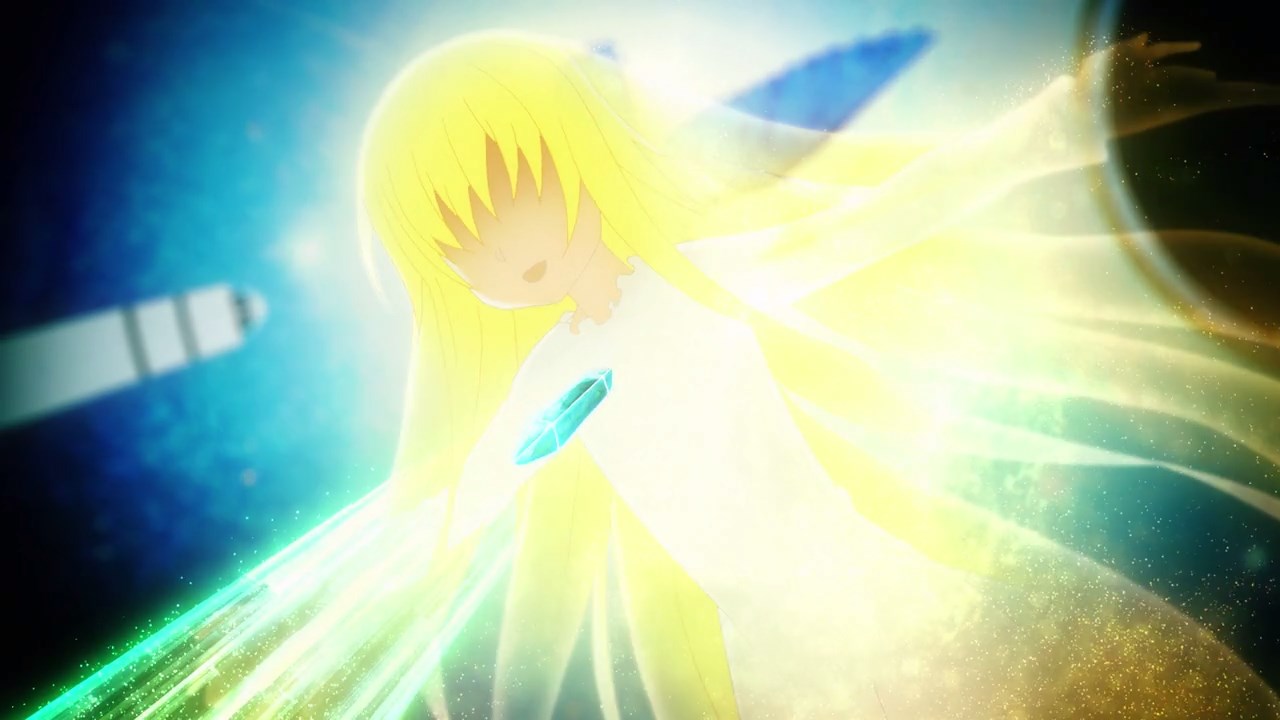 You see, his Memory Fragment contains the ghost of Alice Schuberg. Well, it appears that Kirito is not the one who saw Alice’s ghost. 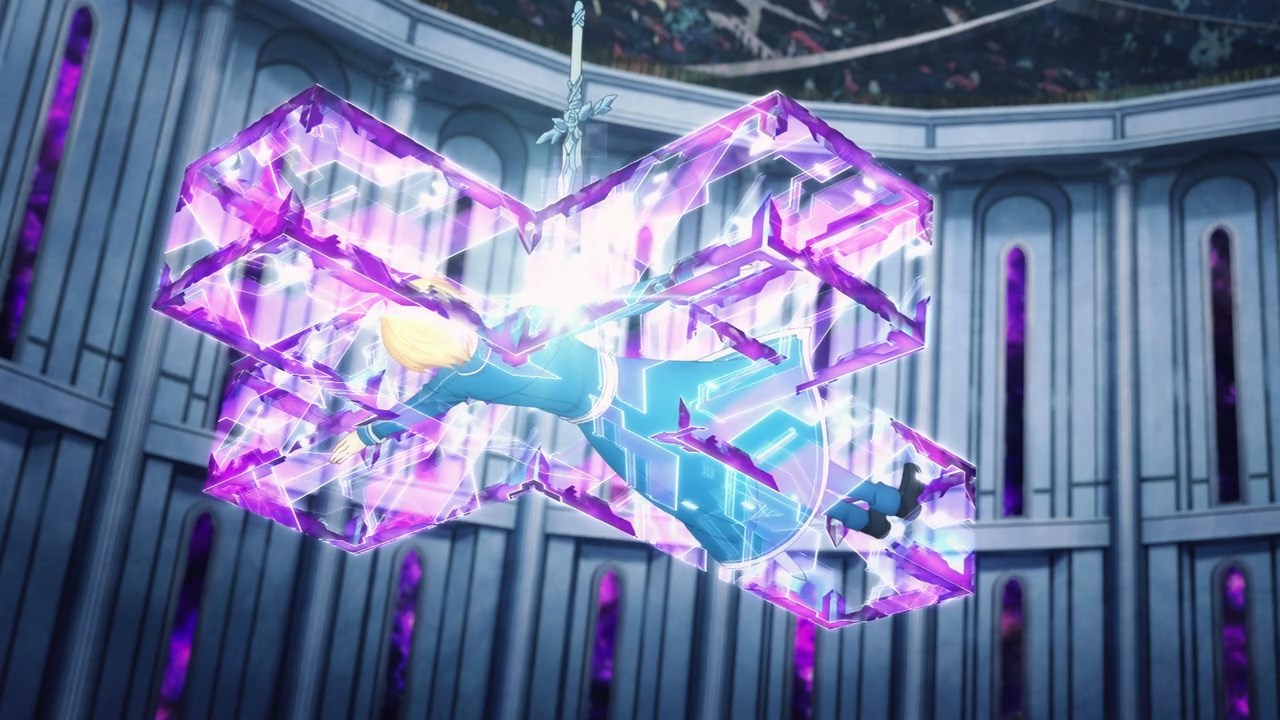 Once he got his Memory Fragment, Eugeo got crucified and he’s about to get stabbed by his own Blue Rose Sword.

Come to think of it, I feel that he wants to sacrifice his body to stop the Administrator. But how will he do it when Quinella’s body is indestructible. 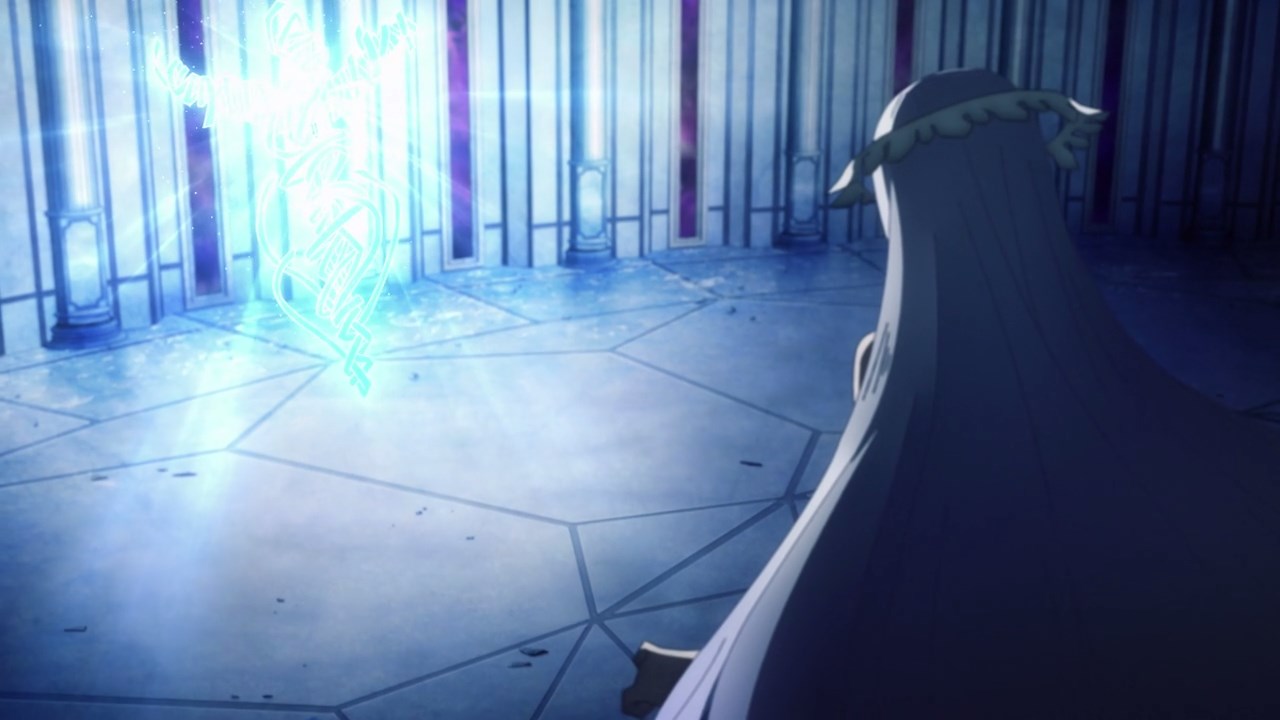 Anyways, looks like Quinella will have a rude awakening as she’ll witness Eugeo’s true power… 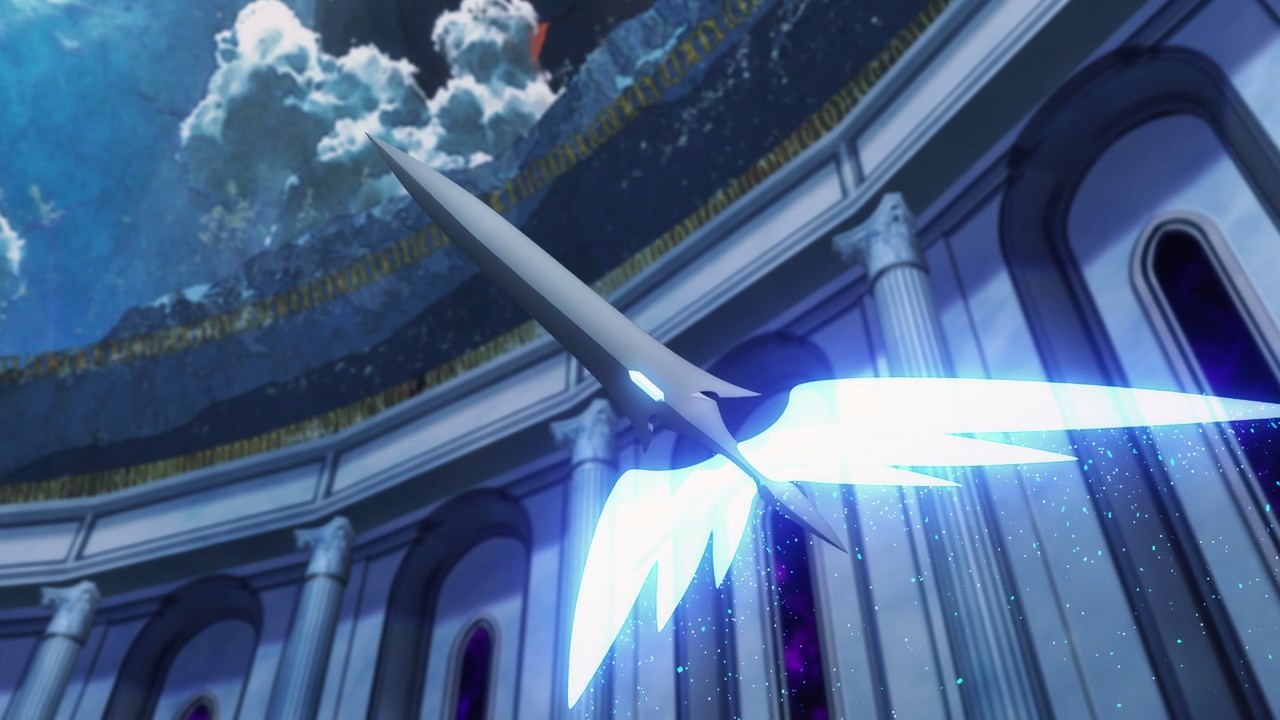 …by turning himself into a giant sword with wings. Well, I thought that he’s gonna transformed into a giant Integrity Knight, but Eugeo transforming into a sentient sword doesn’t surprise me.

Also, it would be nice if he was transformed into a cooler sword that Kirito can ride onto it. 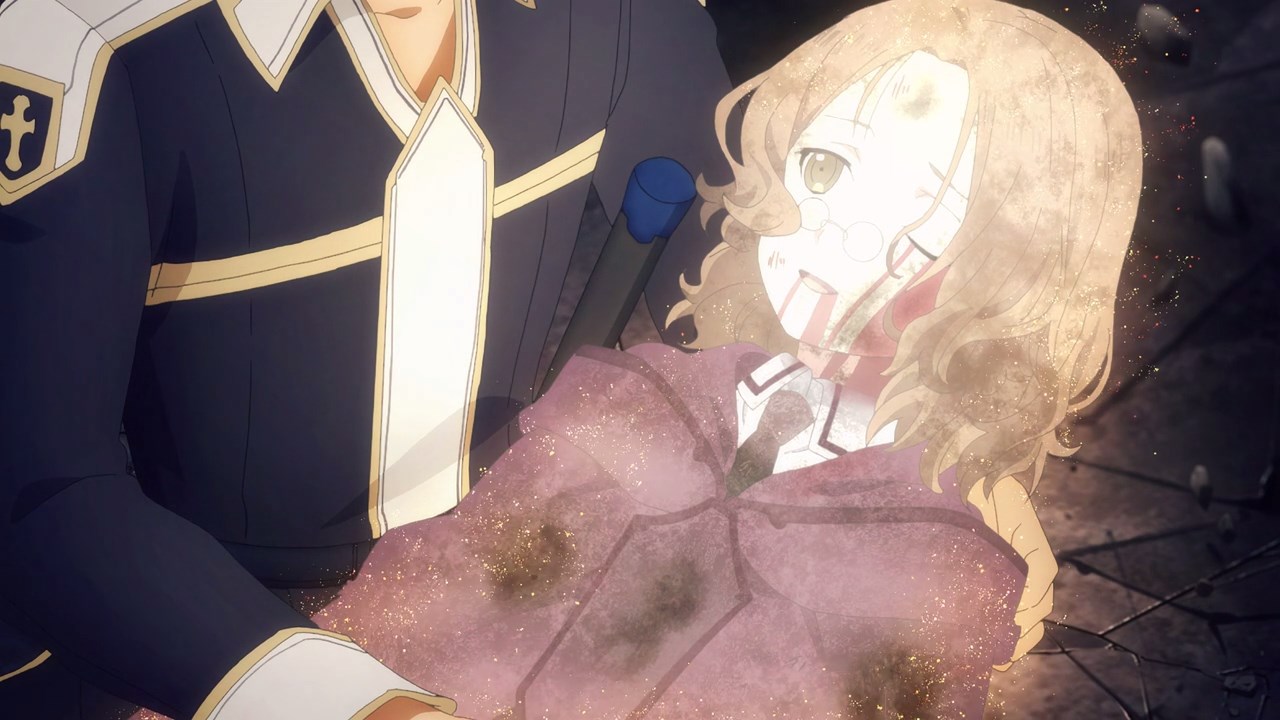 But for Cardinal however, she saw it as beautiful as she’s about to disappear into light. 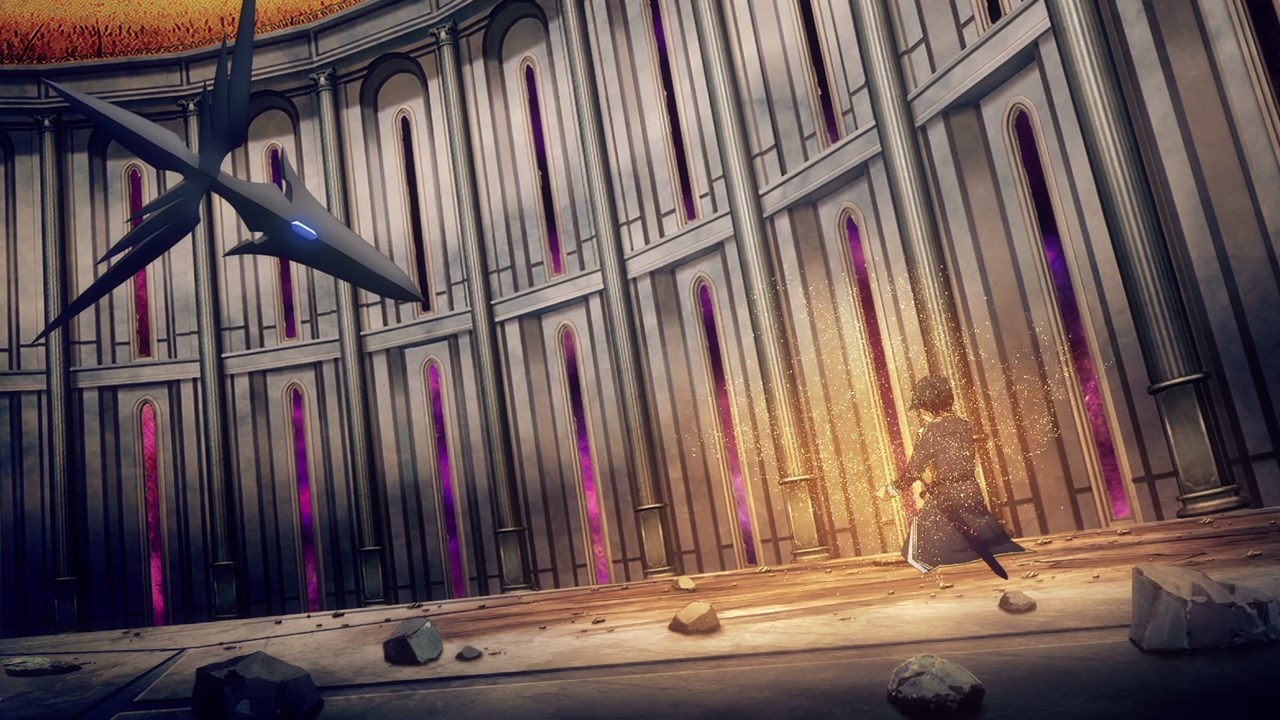 And so, the girl previously known as Lyserith has finally passed away. While the Cardinal failed to stop the Administrator with her own hands, her mission will be carried on by Kirito and his friends. 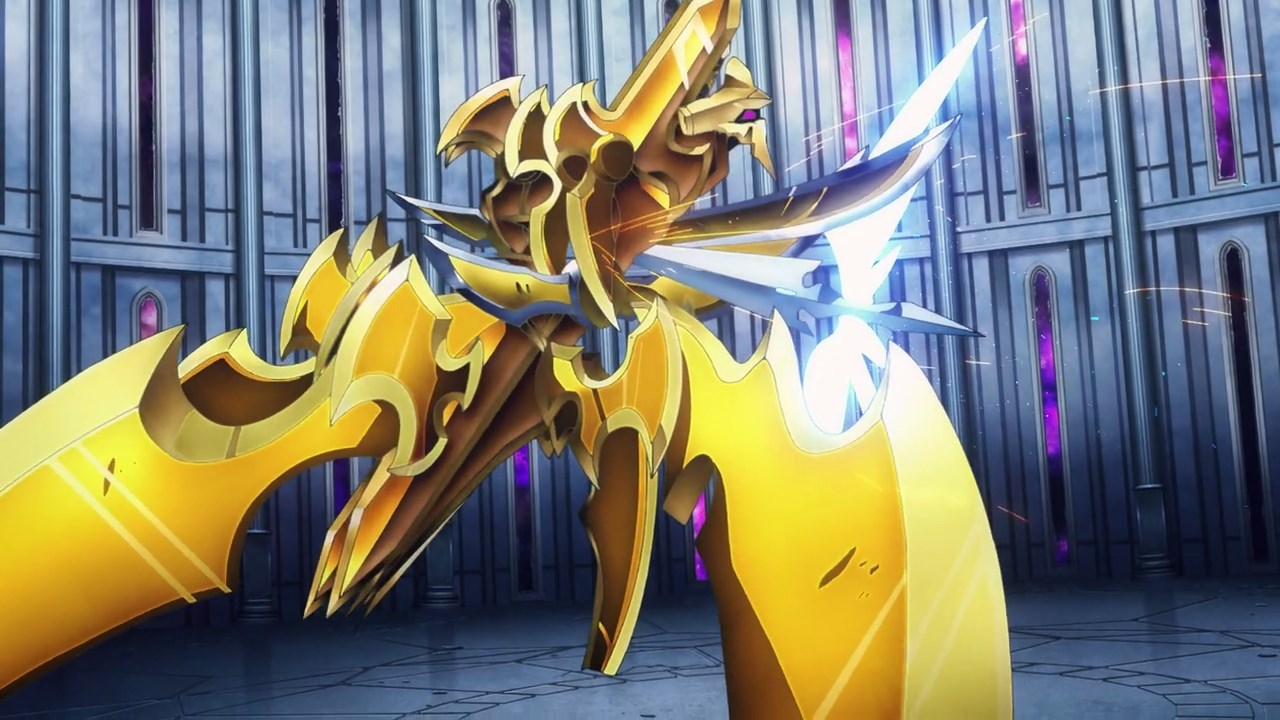 For now, let’s focus on Eugeo in his sword form where he managed to destroy this Sword Golem by piercing its crystal. 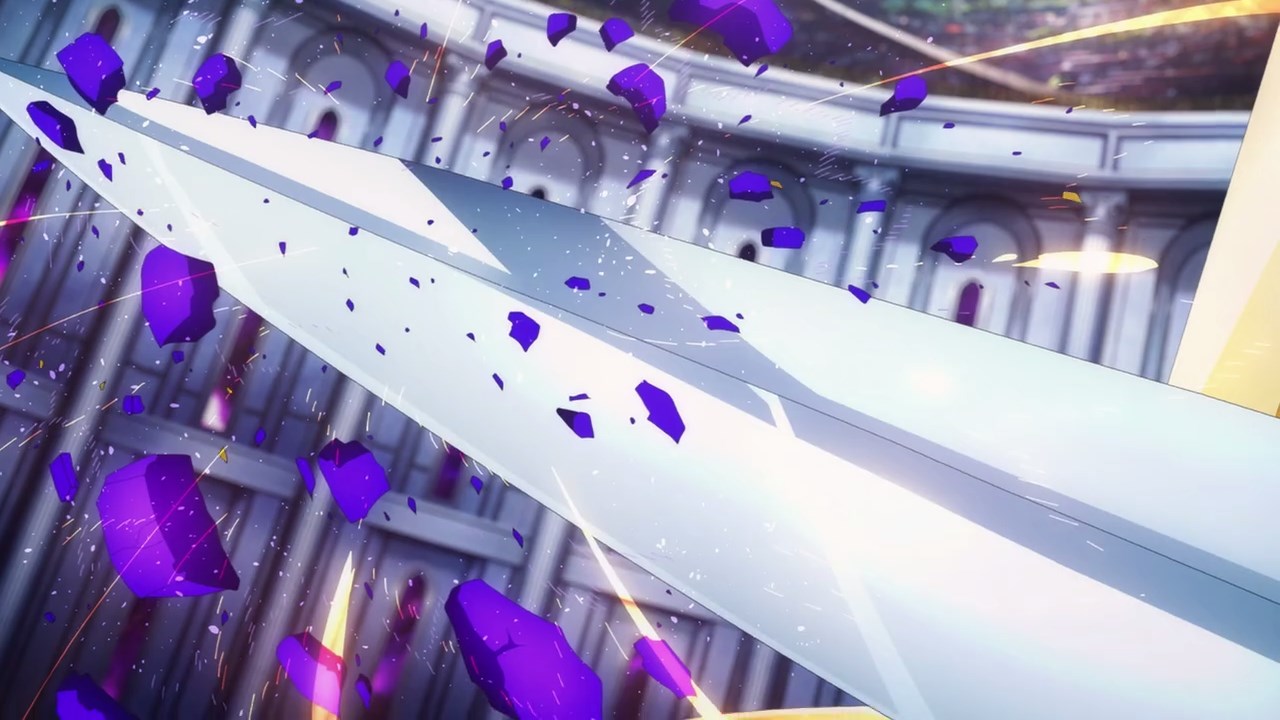 And as you can see, he managed to break it with a single thrust. Now, the only thing that he needs to do is to defeat Quinella.

But, the problem is that the Administrator is still strong. Unless he found an opening, Eugeo couldn’t defeat Quinella!

However, it appears that I was wrong as Eugeo cut Quinella’s right arm cleanly.

All I can say that I felt rejoiced that the Administrator got what she deserves after claiming that her body in inpenetrable. 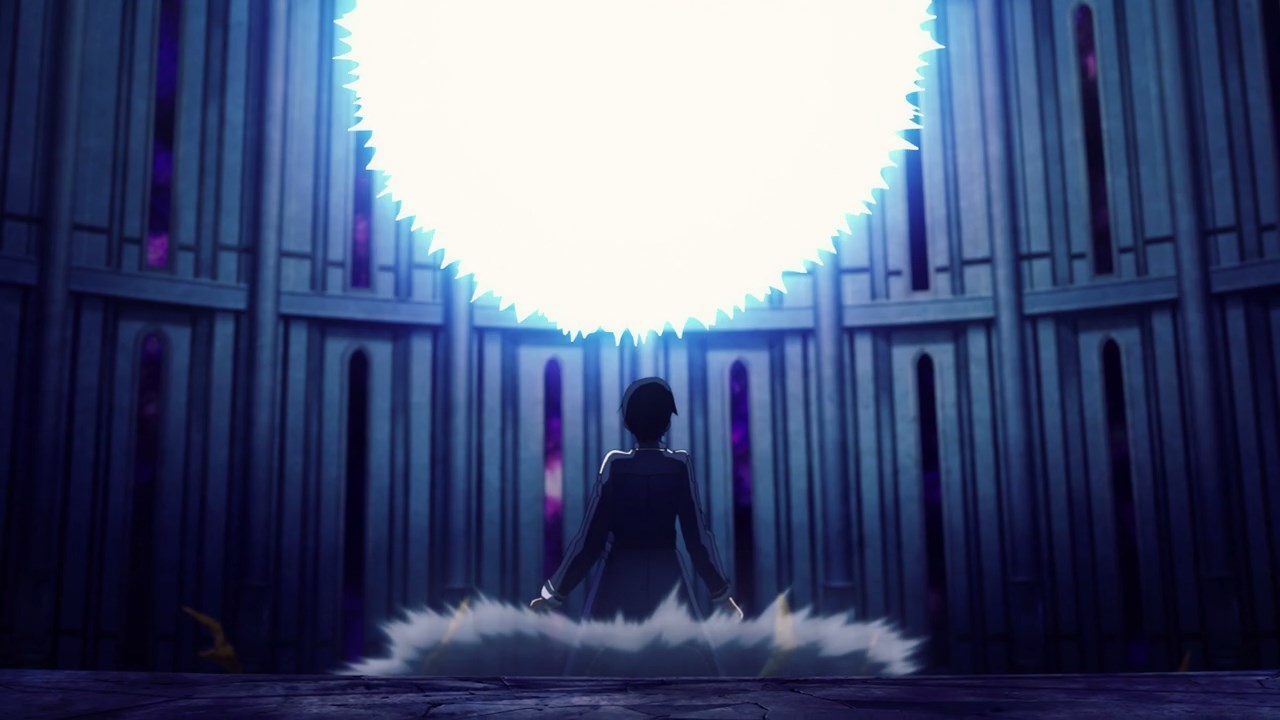 Of course, it’s not like the Adminstrator is completely defeated as you have this explosion right here after clashing with Eugeo in his sword form against Quinella’s Silvery Eternity. 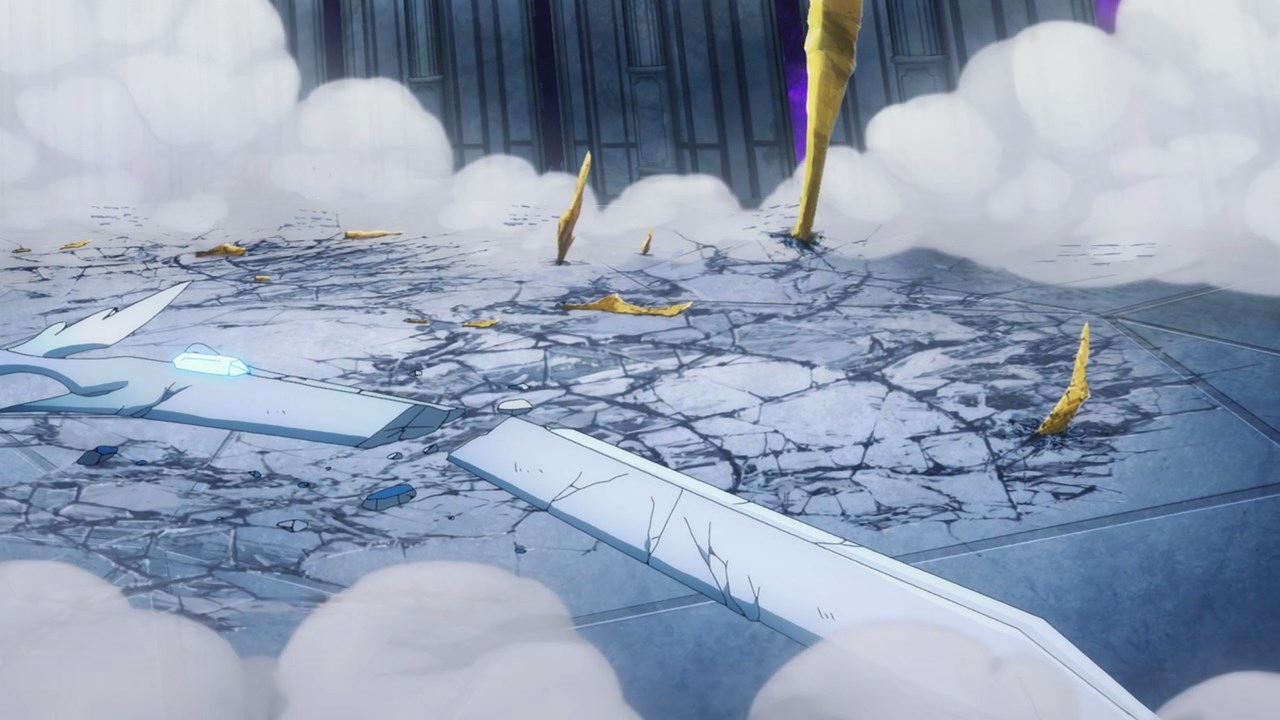 Unfortunately, the aftermath is a complete disaster with Eugeo’s sword form already broke into two. 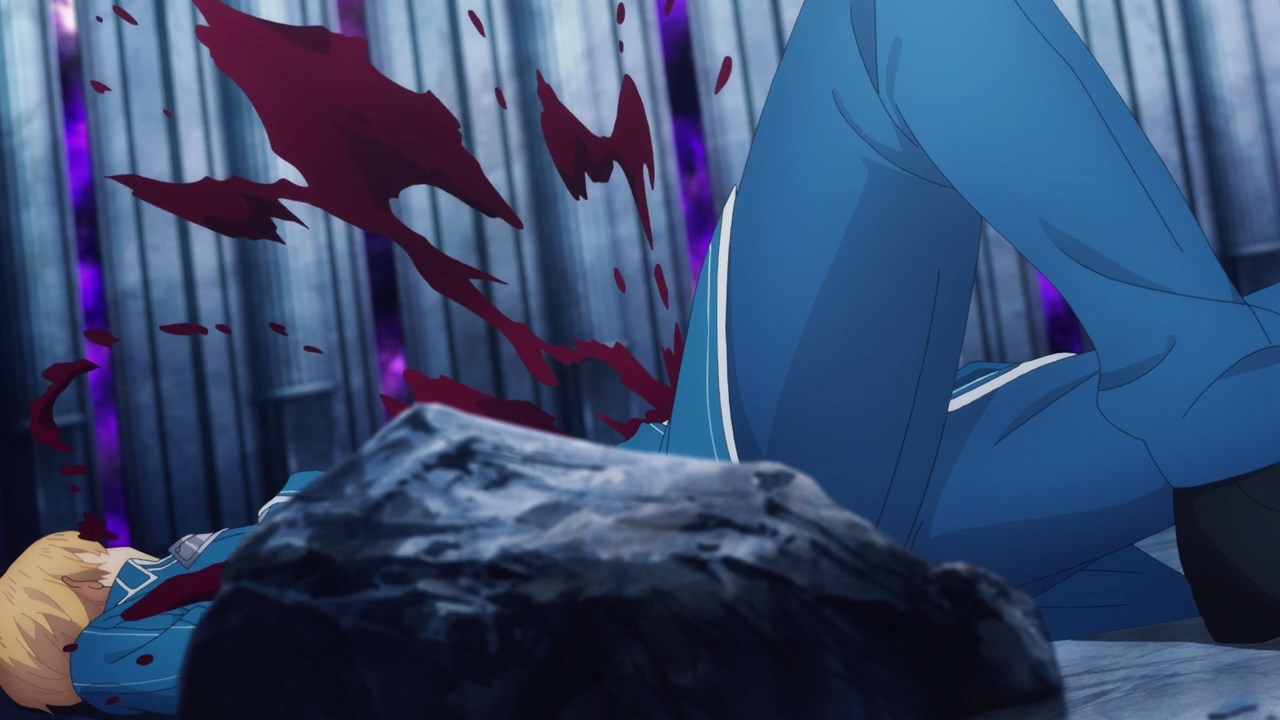 And speaking of Eugeo, seems that his body got cut in half. This means that Kirito lost a dear friend and a sparring partner.

But for Quinella however, she doesn’t care about Eugeo as he’s a nuisance to her.

Now that Eugeo has died, seems that the Administrator won’t have any obstacles as she decided to kill Kirito, which means that he’ll never go back to the real world. 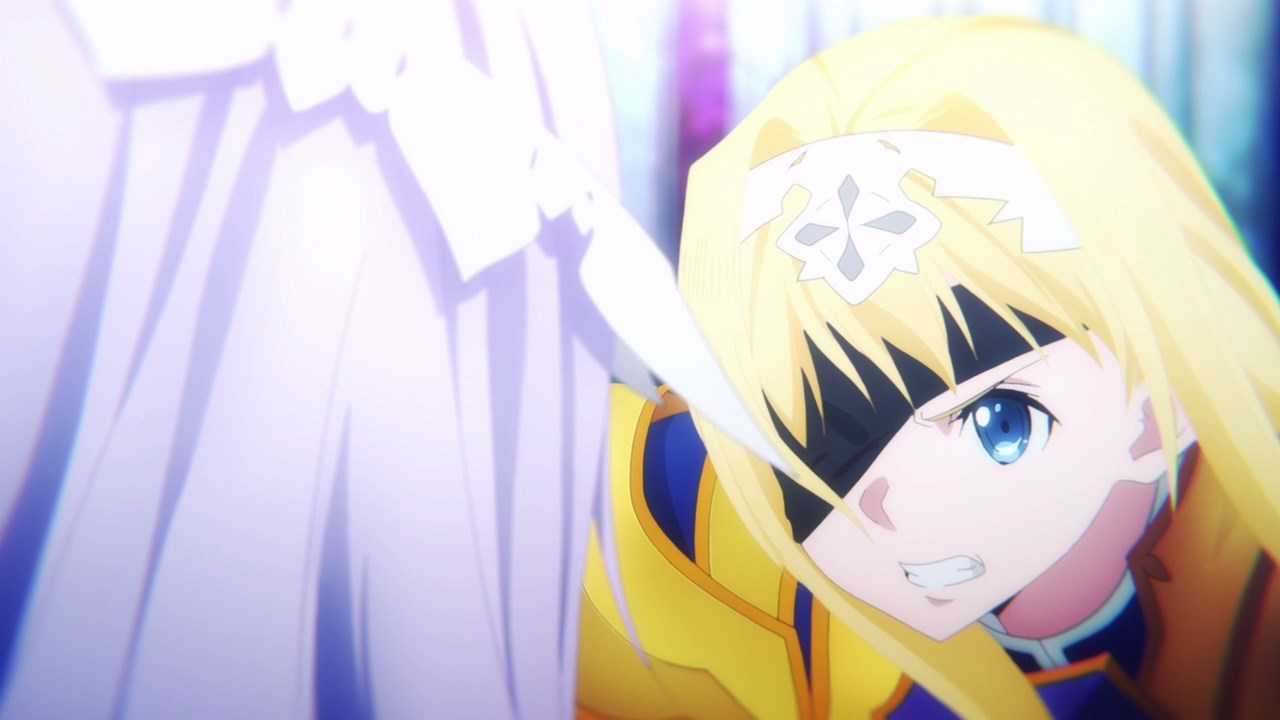 Not on Alice’s watch though as she’ll use her body to take the Administrator’s attack instead.

Man, this reminds me of the time Asuna took Heathcliff’s attack to protect Kirito during Sword Art Online. For him, that moment sent chills down to his spine as Kirito doesn’t want to experience it ever again.

Thus, he decides to fight back as Kirito saves Alice from being slain by Quinella. Well, looks like Kirito won’t have to suffer those tragedies ever again as he’ll be the one defeating the Administrator.

But you know what, I have to say that apart from being naked all the time, Quinella is one despicable character that needs to be killed. Now then, I wish Kirito will take Eugeo’s Blue Rose Sword and dual-wield it just like his days at SAO. Oh and as for Alice, let’s hope that she can help Kirito whatever she can because the Administrator can’t be defeated easily.

With that said, I’ll see you next time but I wonder if next week will be the last episode?