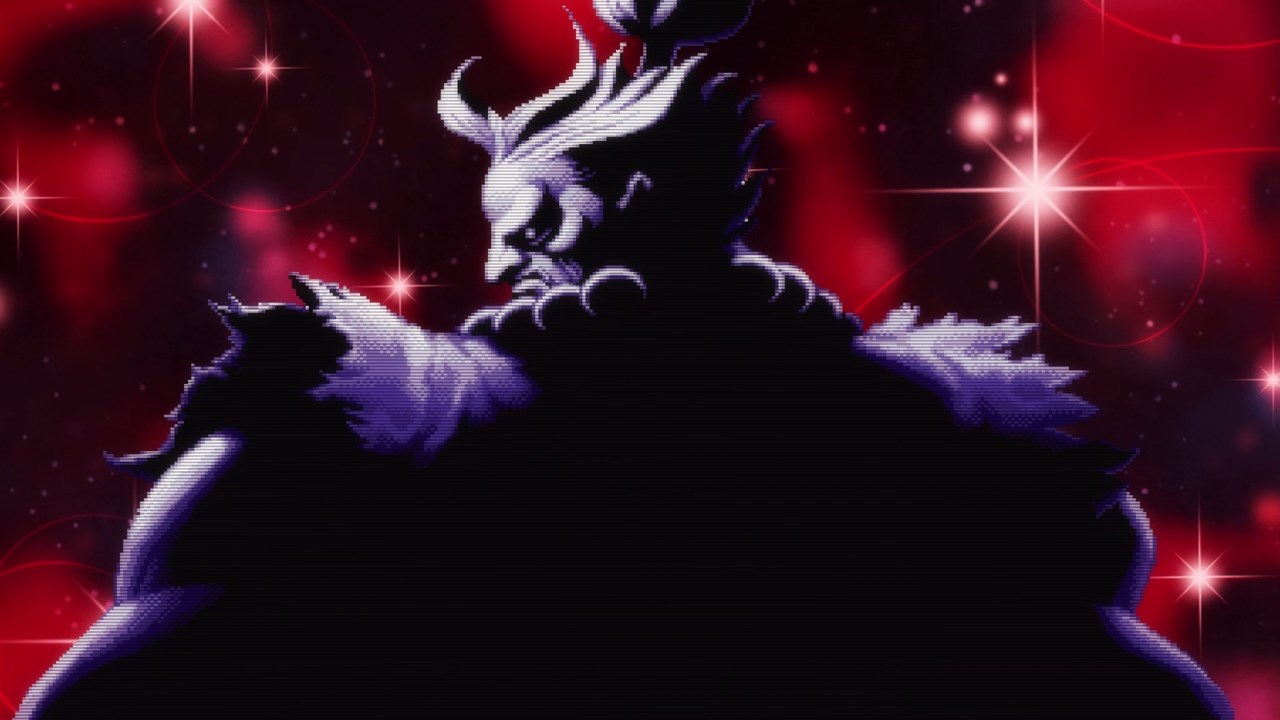 In any case, Gouki is telling Koharu Hidaka to use him in order to beat Akira Ono, her rival to Haruo Yaguchi’s affections! 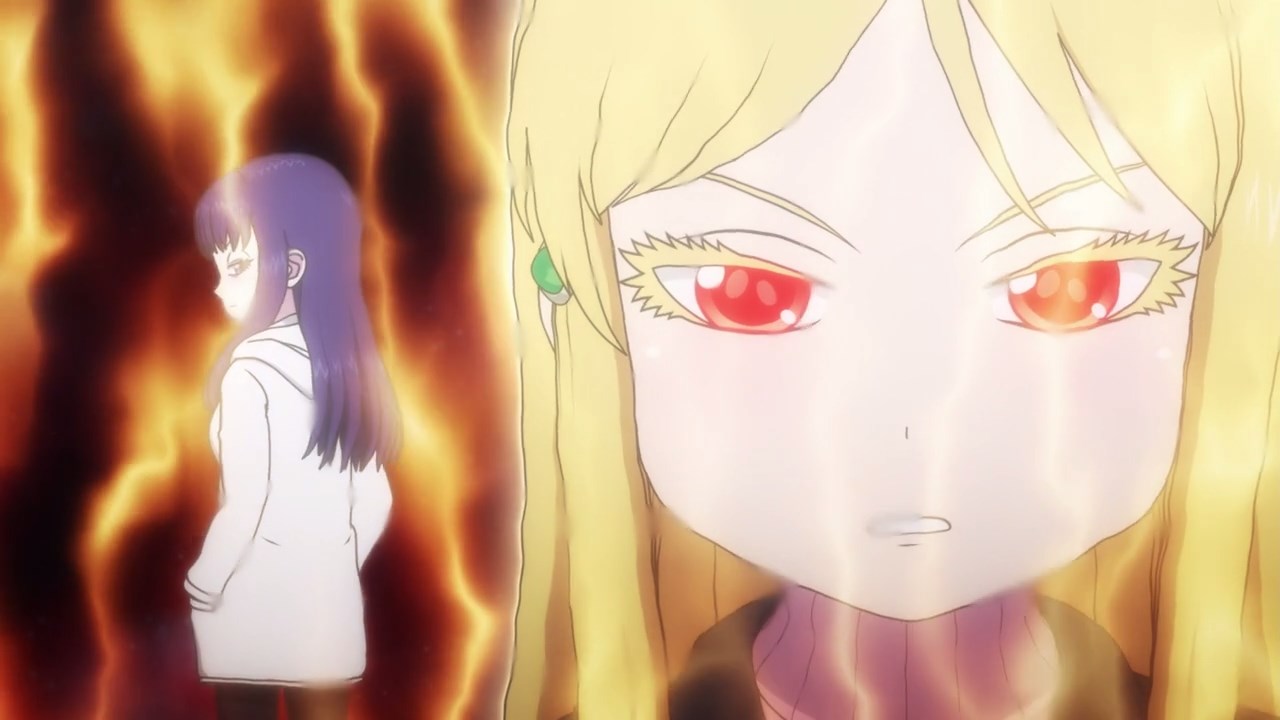 Of course, Koharu will use Gouki as it’s the only way to beat Akira. It’s ironic that she’ll use Gouki for this battle, despite the fact that Gouki is the one that kicked her ass at the hands of Akira. 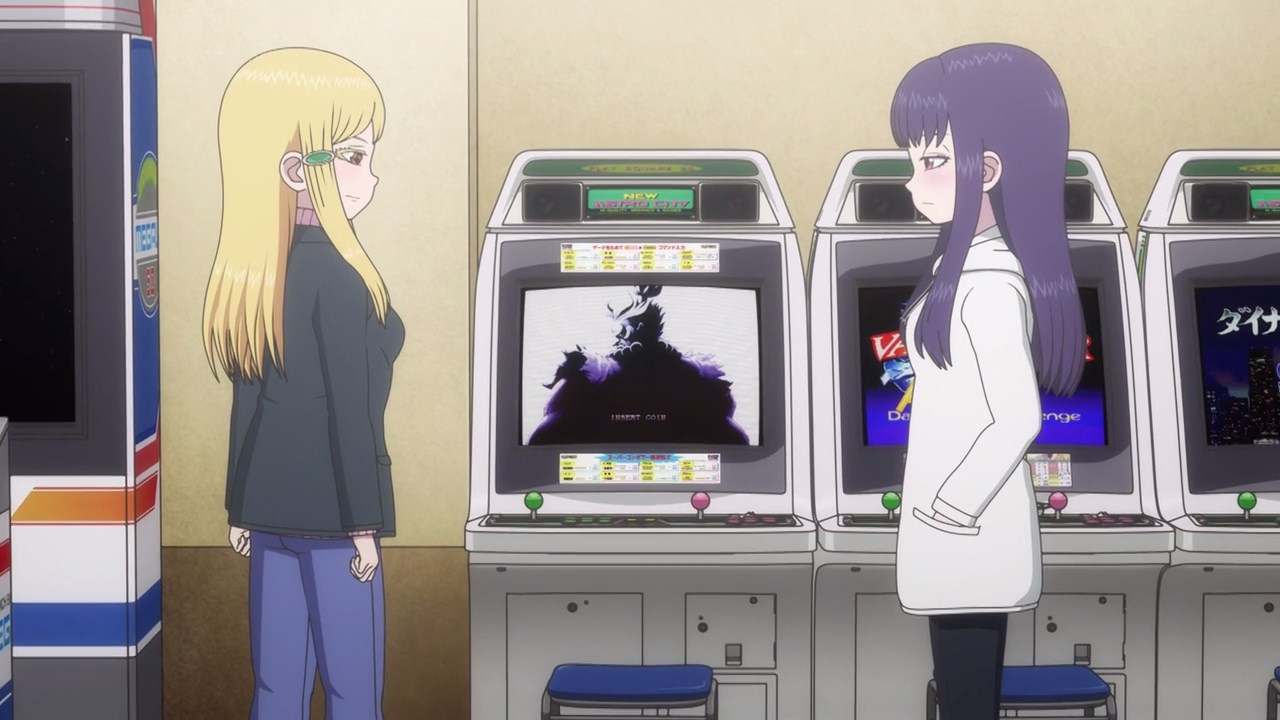 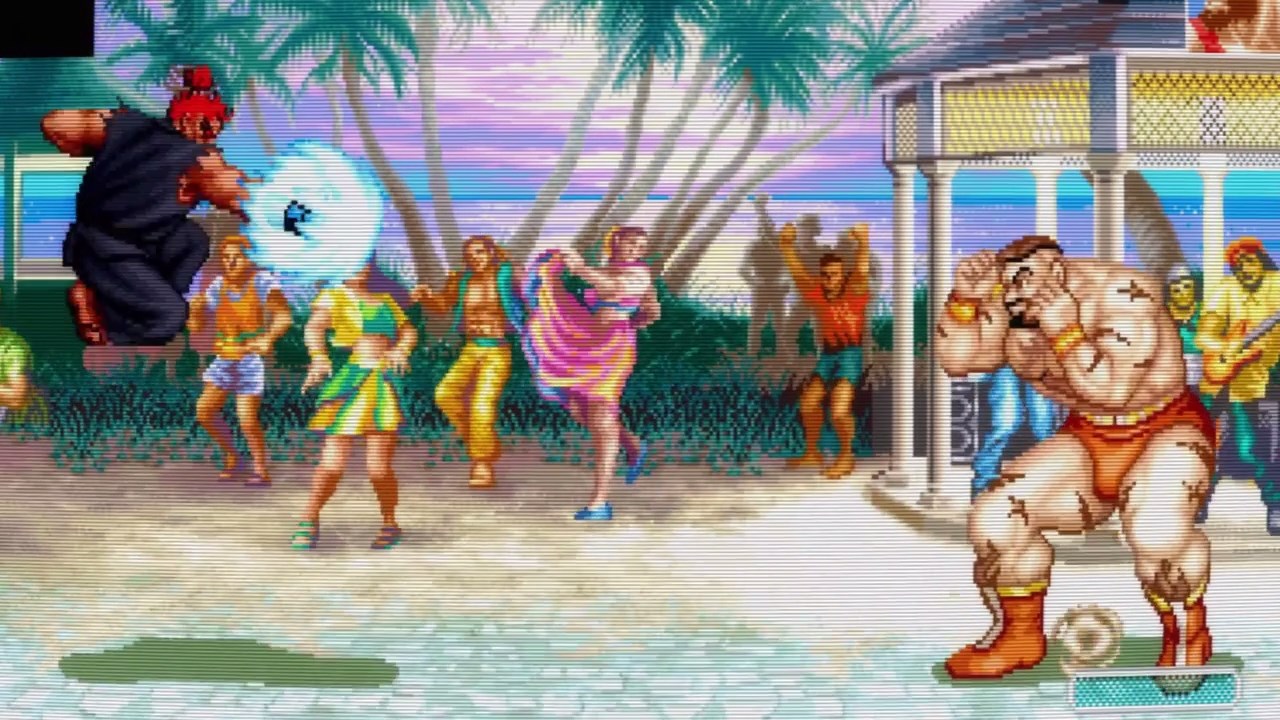 Anyways, Hidaka will use Gouki while Ono will use the venerable Zangief. Unfortunately for Akira, her Zangief is no match against Koharu’s Gouki as she spams Zanku Hadouken to keep the Red Cyclone away until time runs out. 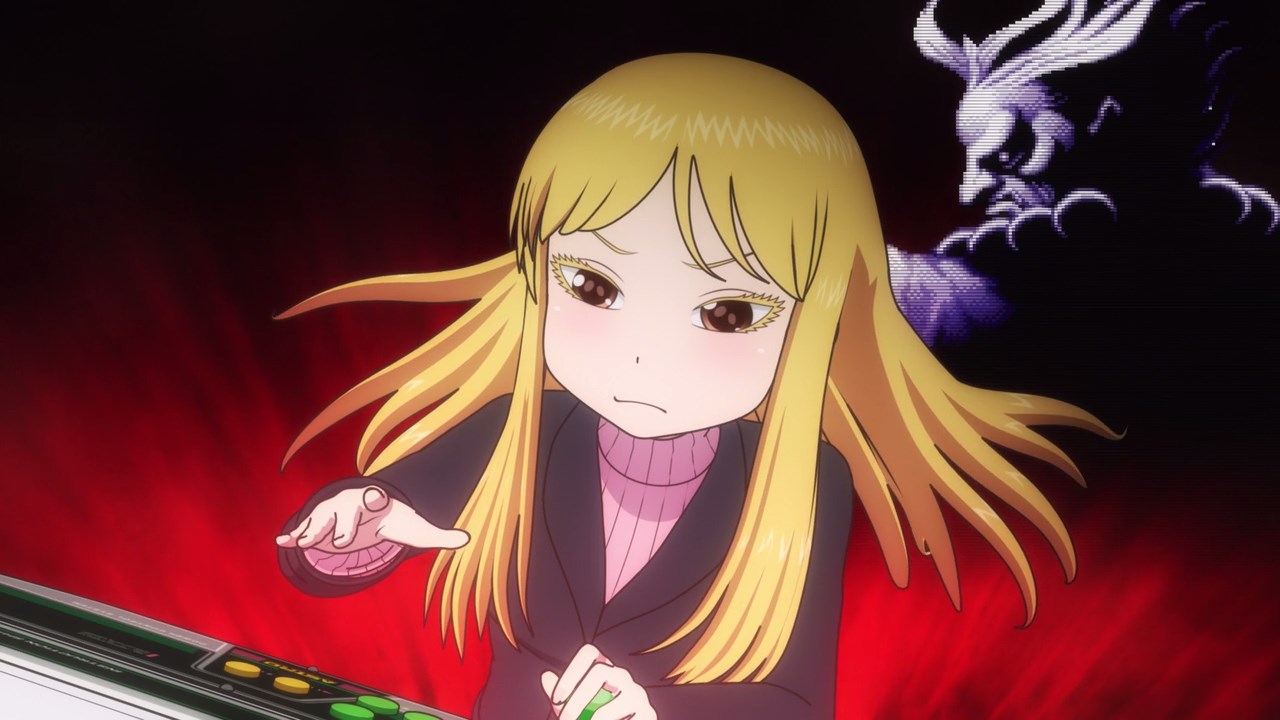 Even though she’s using a top-tier character that’s literally banned in tournament play, Koharu Hidaka will do anything to win even as far as selling herself to the demon. 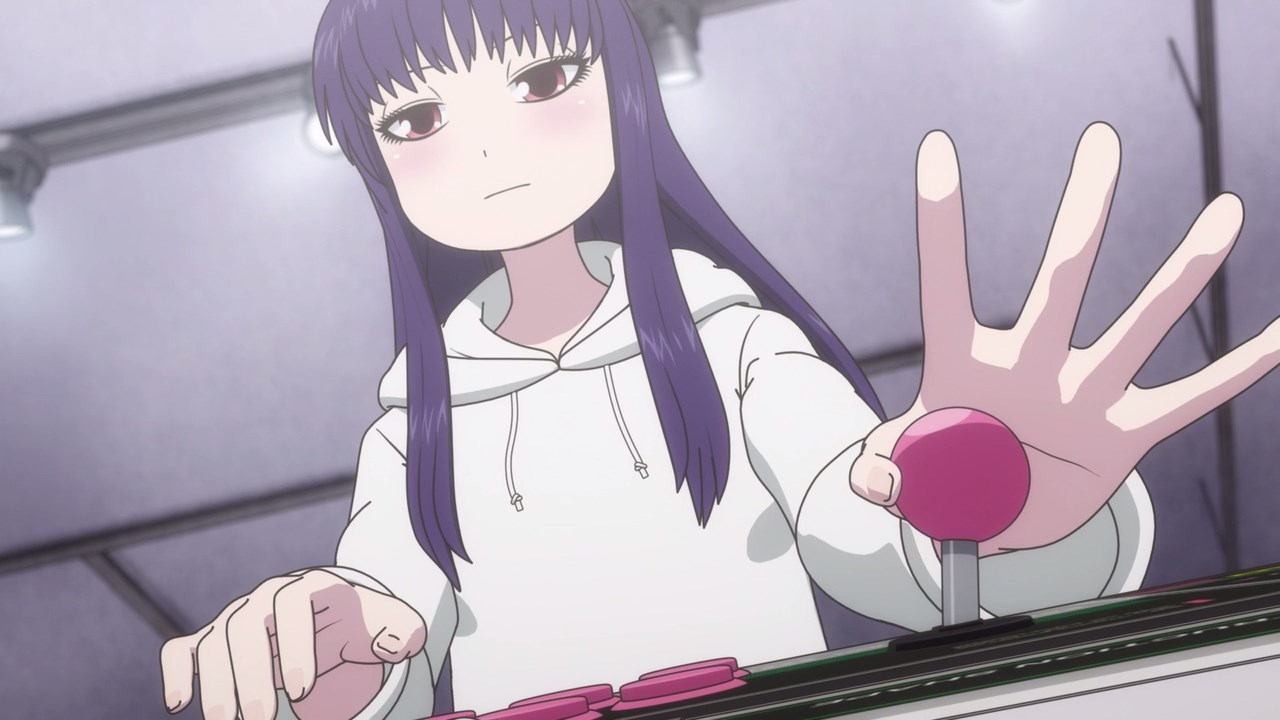 But for Akira Ono, it appears that she remained calm and collected despite being at a disadvantage. In fact, she’s waiting for the moment for Hidaka to make her mistake. 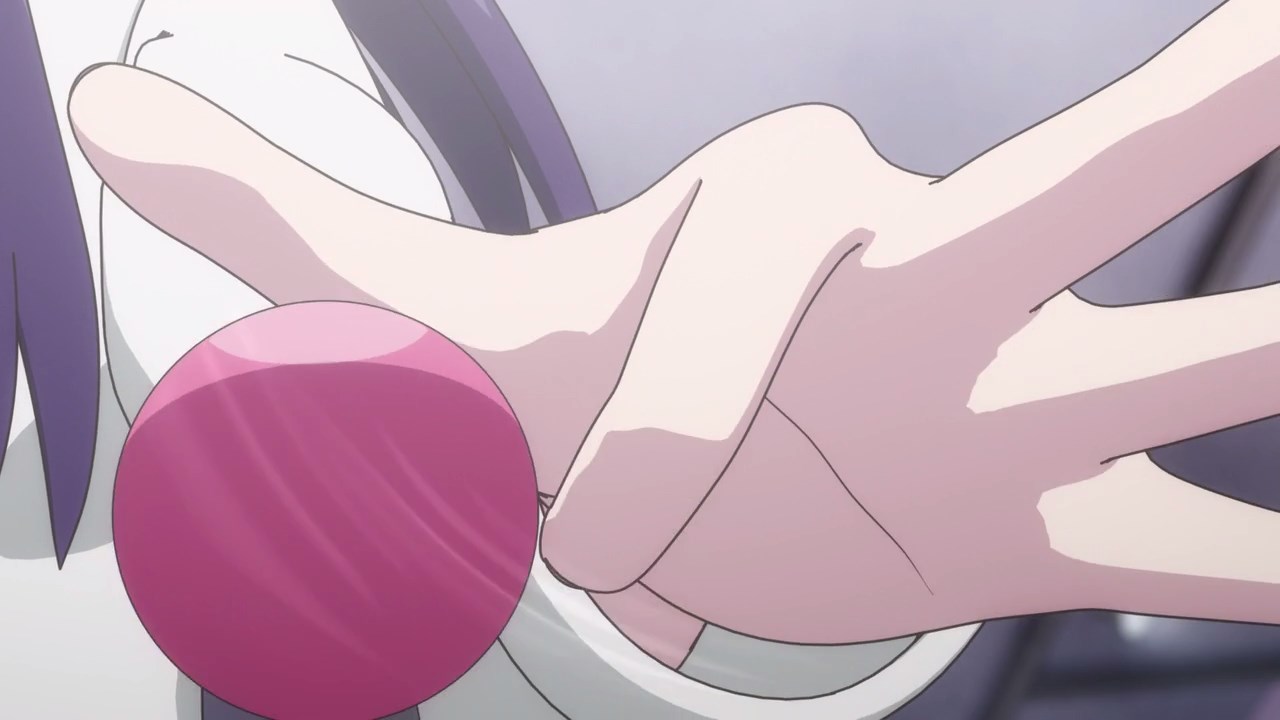 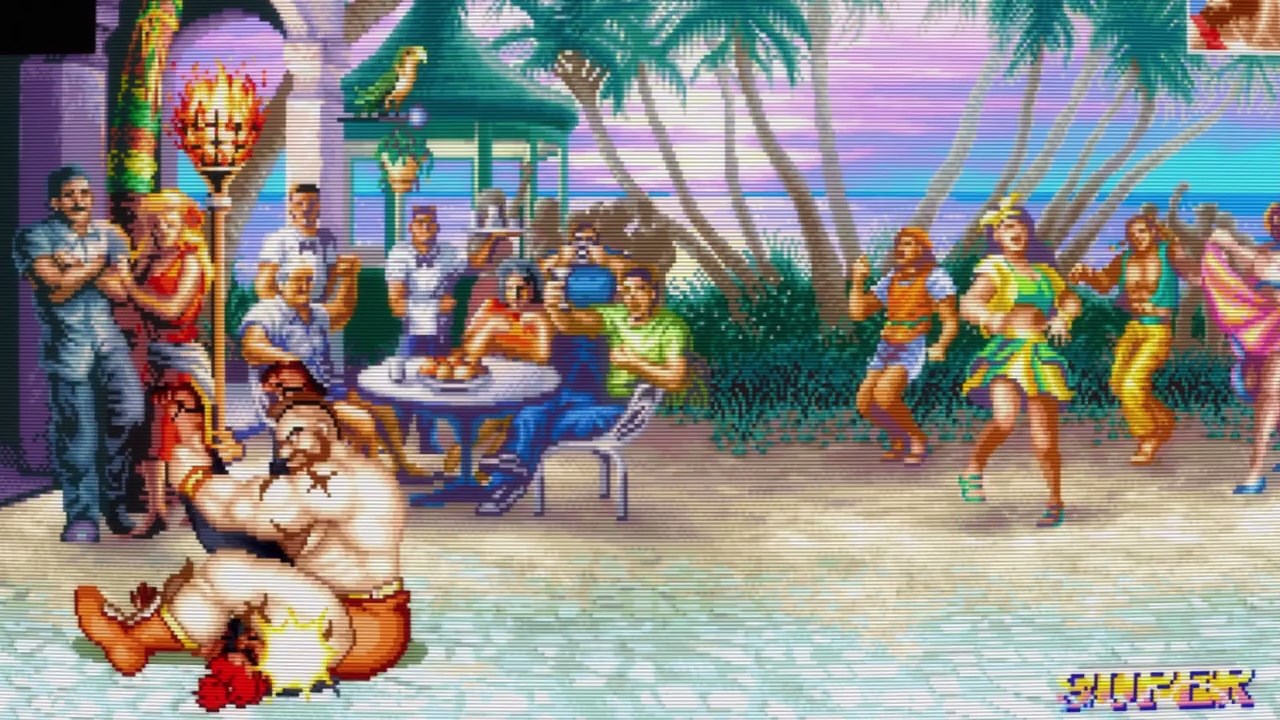 And once Koharu’s feelings wavered and lost her focus on the game, Akira got the opportunity to turn this situation around with a victory as her Zangief pile-drives Koharu’s Gouki to end the match. 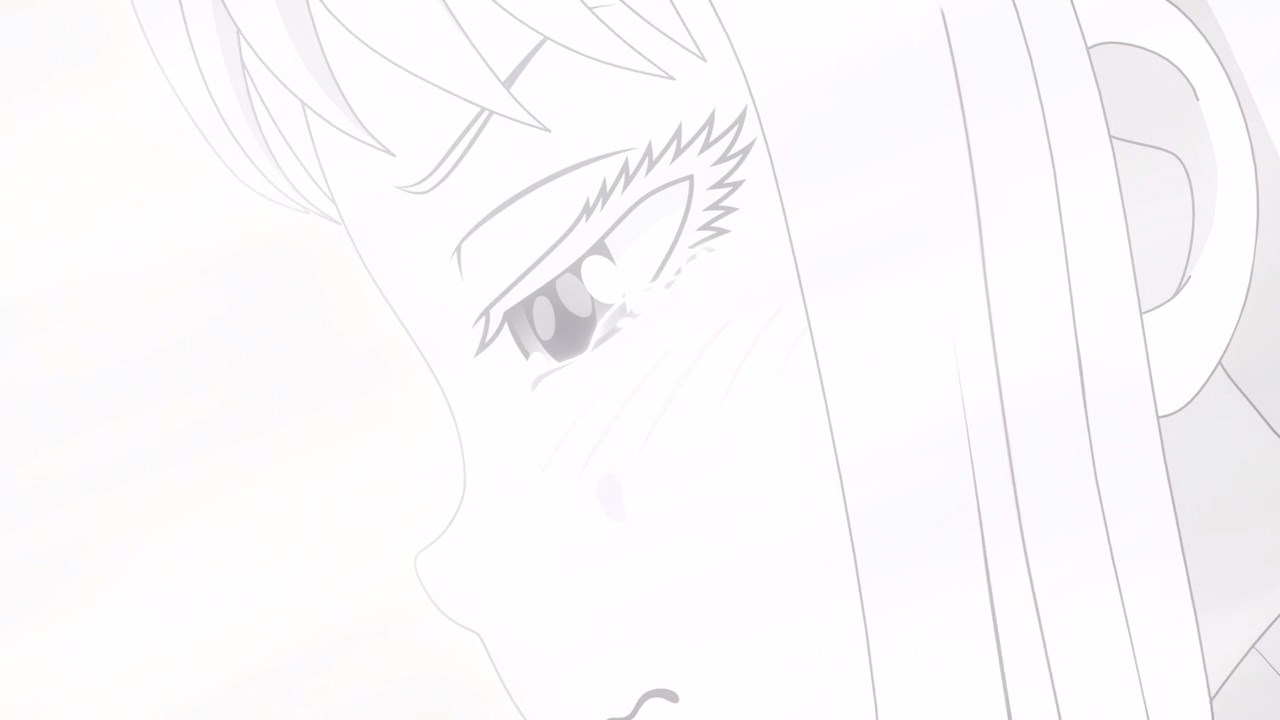 For Koharu Hidaka, it appears that she was heart-broken as Akira Ono decimates her. Man, I think someone needs to hug Koharu-chan because she’s feeling frustrated over her loss.

Anyways, that’s about it for their feud between Hidaka and Ono. Of course, what about Haruo Yaguchi? 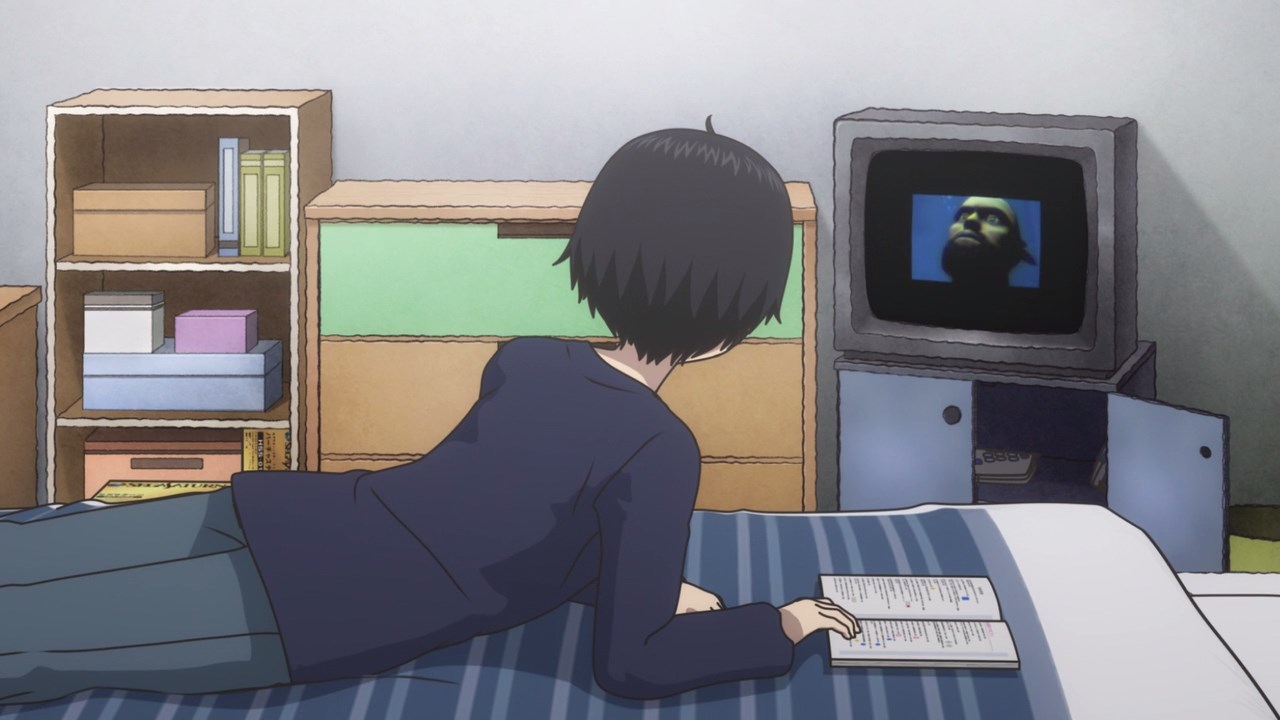 Oh, he’s studying for some reason as Haruo is holding a book for riding motorcycles because he’s planning to get a license.

Then again, Haruo is watching Virtua Fighter CG Portrait Series where he’s watching candid shots of Jeffry McWild, all while listening to some soothing music performed by Takenobu Mitsuyoshi. Also known as the guy who sing the main theme of Daytona USA. 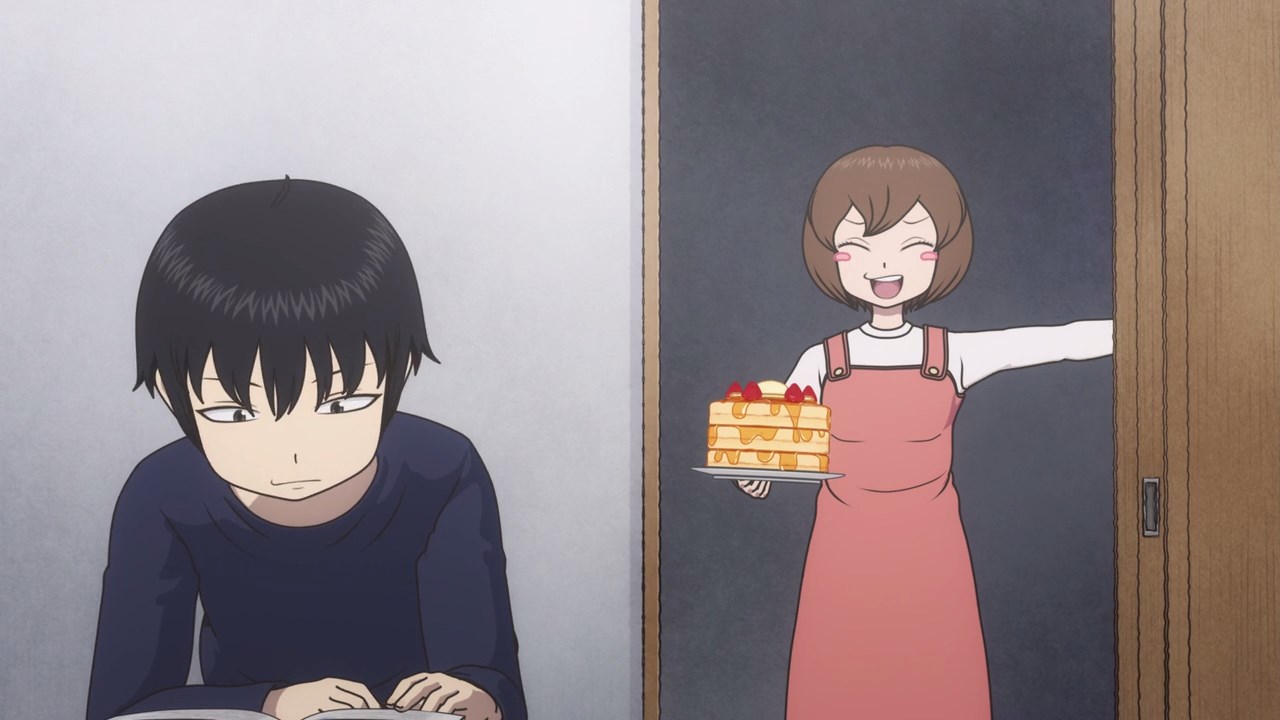 Also, here’s Namie-san where she brought pancakes to Haruo because it’s rare to see her son studying for a driver’s license. 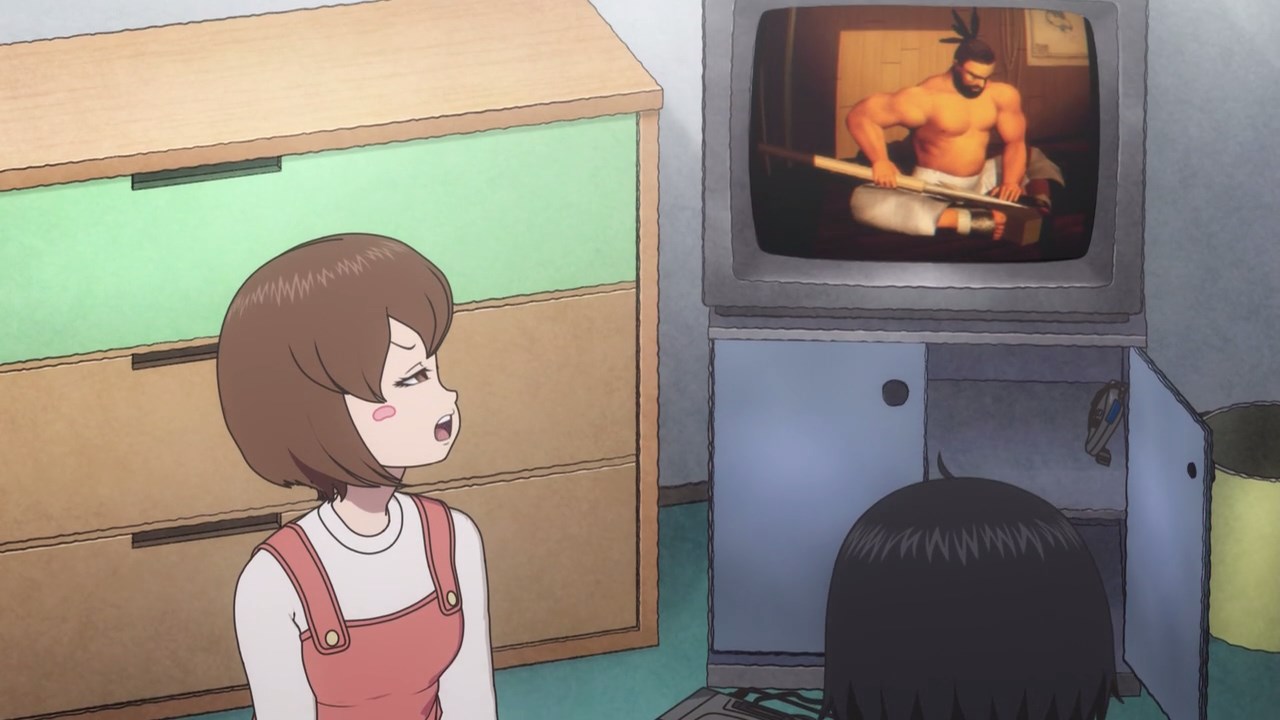 Of course, Namie-san asked her son if he’s actually into burly men. Um Namie-san, Haruo is just listening to Takenobu Mitsuyoshi’s music to calm his nerves. 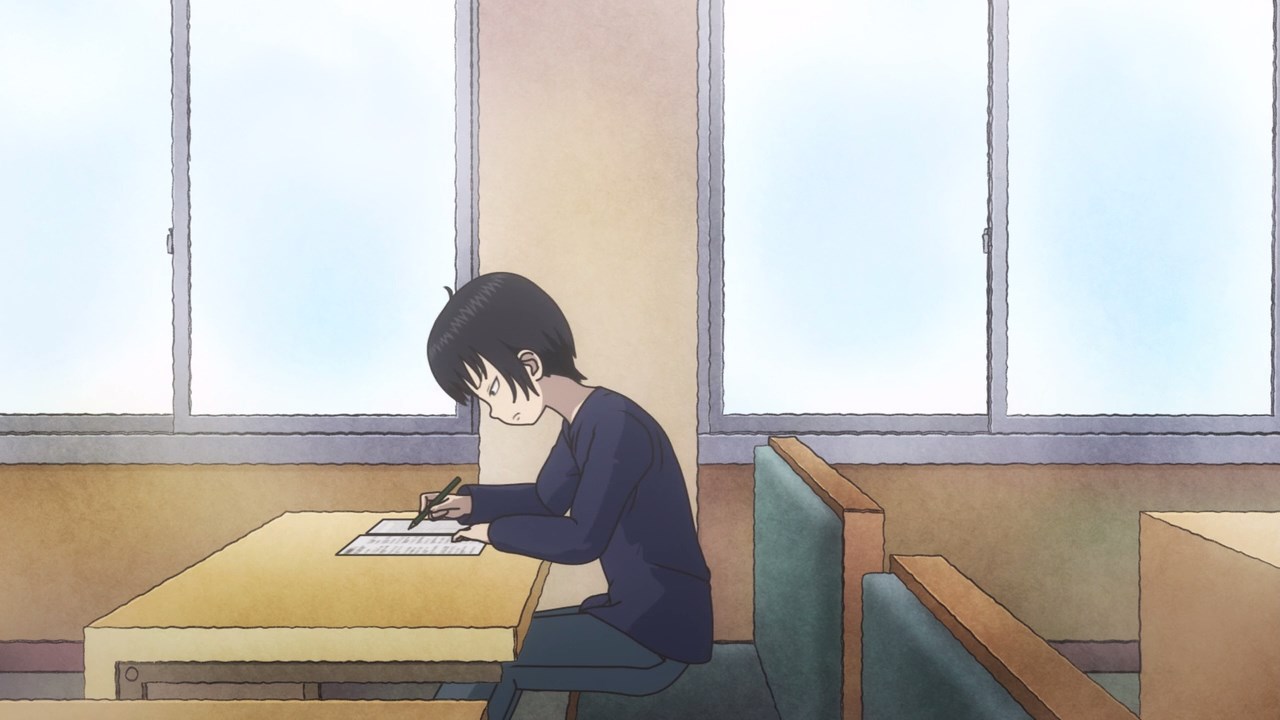 And now, it’s time for the main event as Haruo takes the license exam. Let’s hope that he’ll pass the test unlike last time where Haruo flunked the entrance exam. 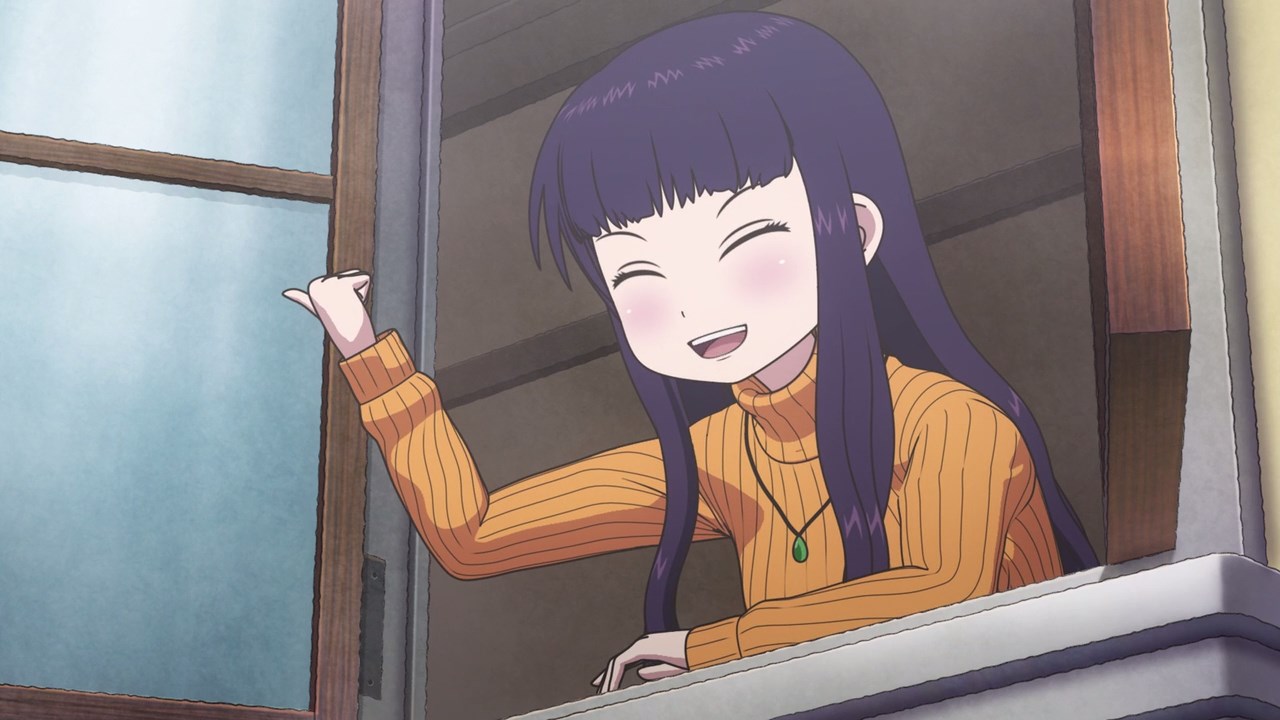 Meanwhile, here’s Makoto Ono as she saw someone from the window. Who could that be? 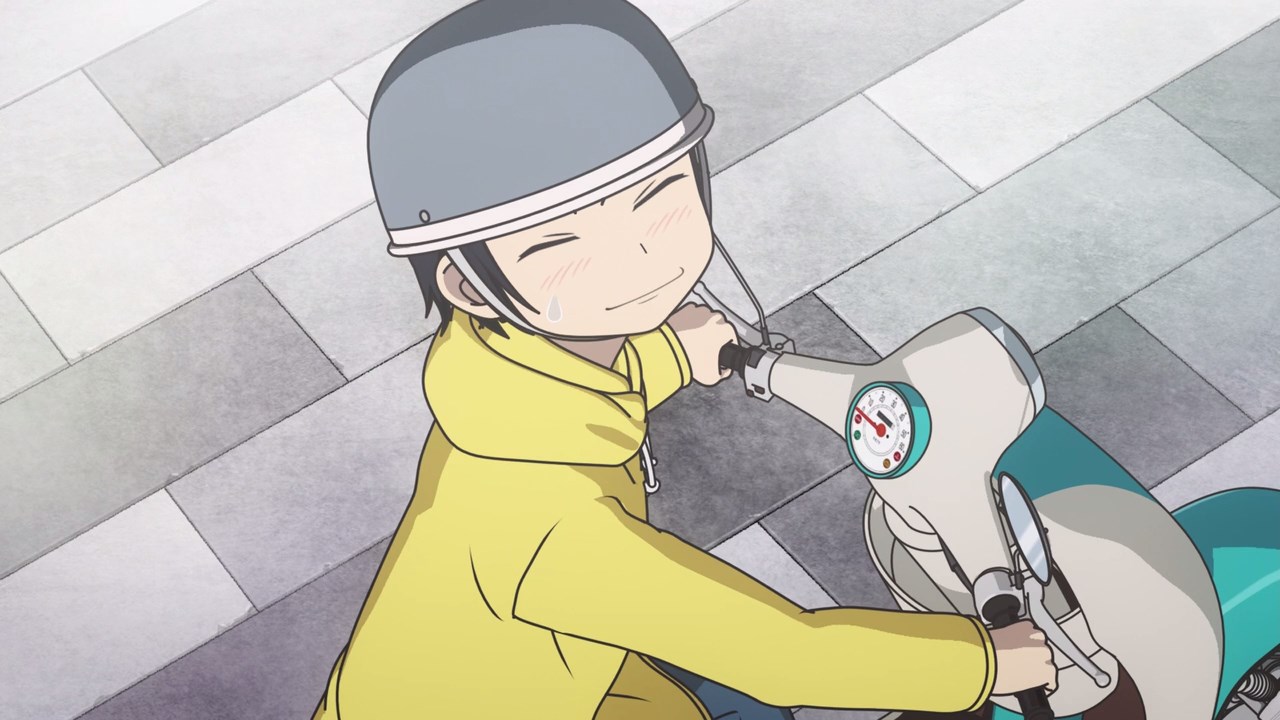 Oh, it’s Haruo Yaguchi as he finally got his driving licence. Well, the reason why he plans to get a licence is because of Makoto where she encourage him to get a scooter and ride across Japan without resorting to train rides.

Oh yeah, Haruo is riding Makoto’s scooter but I’m impressed that he passed the license exam! 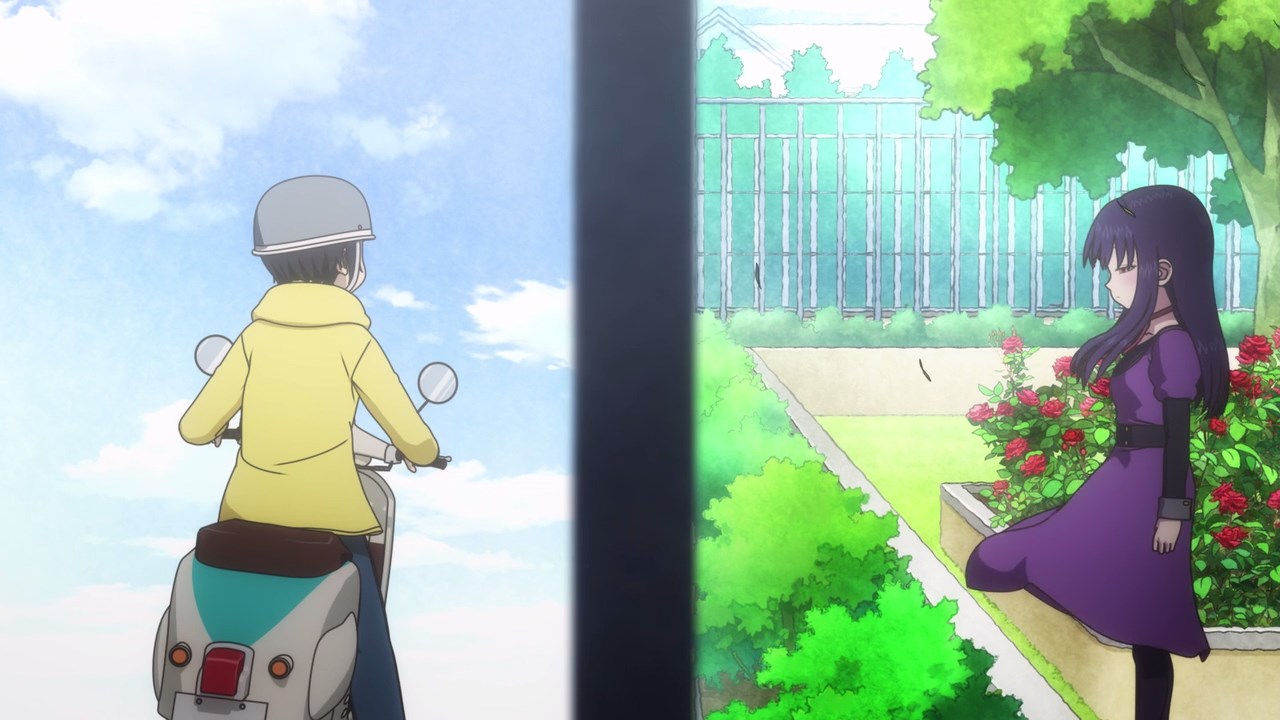 Now then, it’s time for Haruo Yaguchi to take Akira Ono for a ride. Just make sure that he has a spare helmet for Akira. 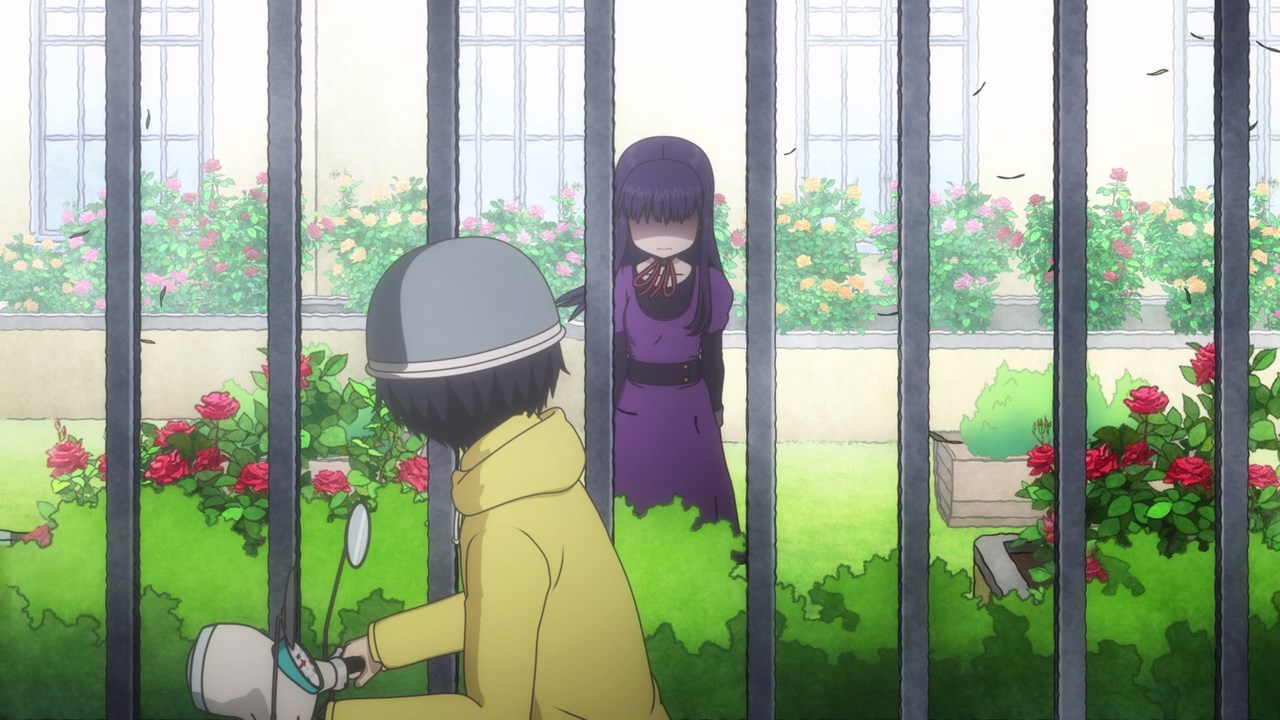 But for some reason, it appears that she’s distancing herself from Haruo. Hm, is Akira worried that Haruo is drastically changing his lifestyle?

Regardless, I have a feeling that there will be drama between Haruo and Akira on the next episode. Let’s hope that they won’t drift apart just because Haruo got a license.