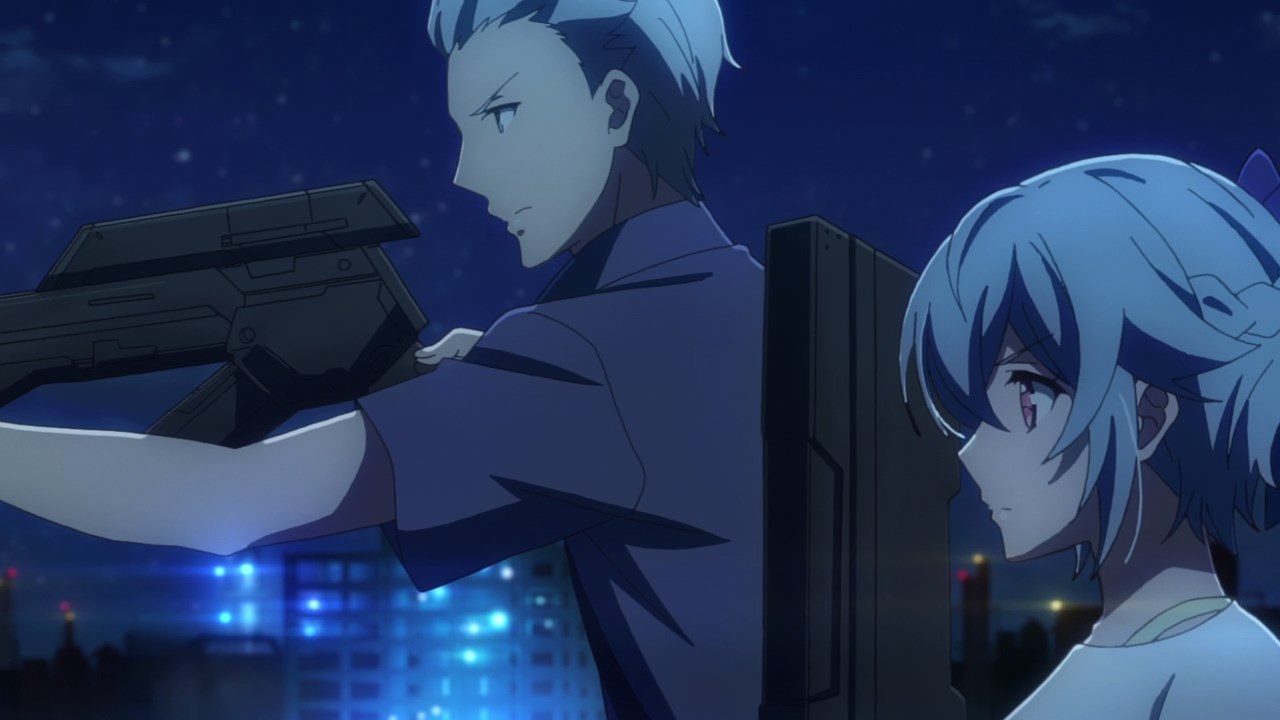 Well then, looks like reinforcements have arrived as Jhin Syulargun and Mismis Klass are here to save Iska from being clobbered by both the Masked Lord and the Object. 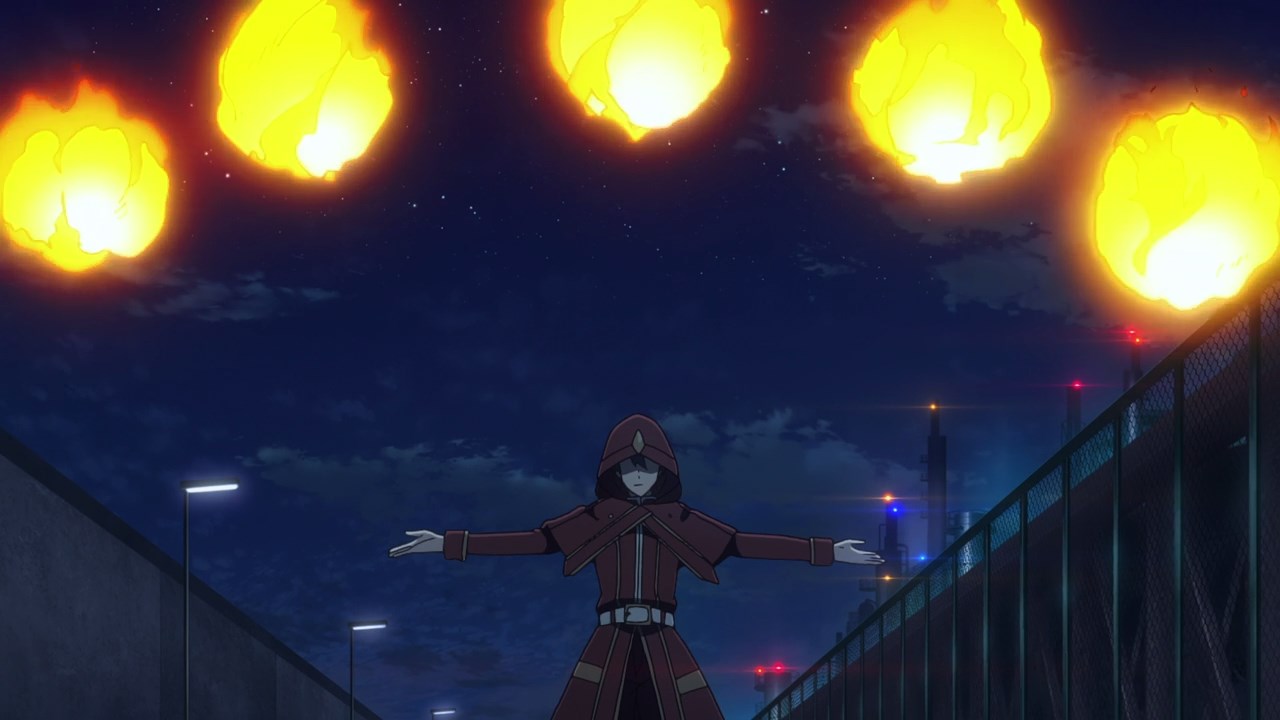 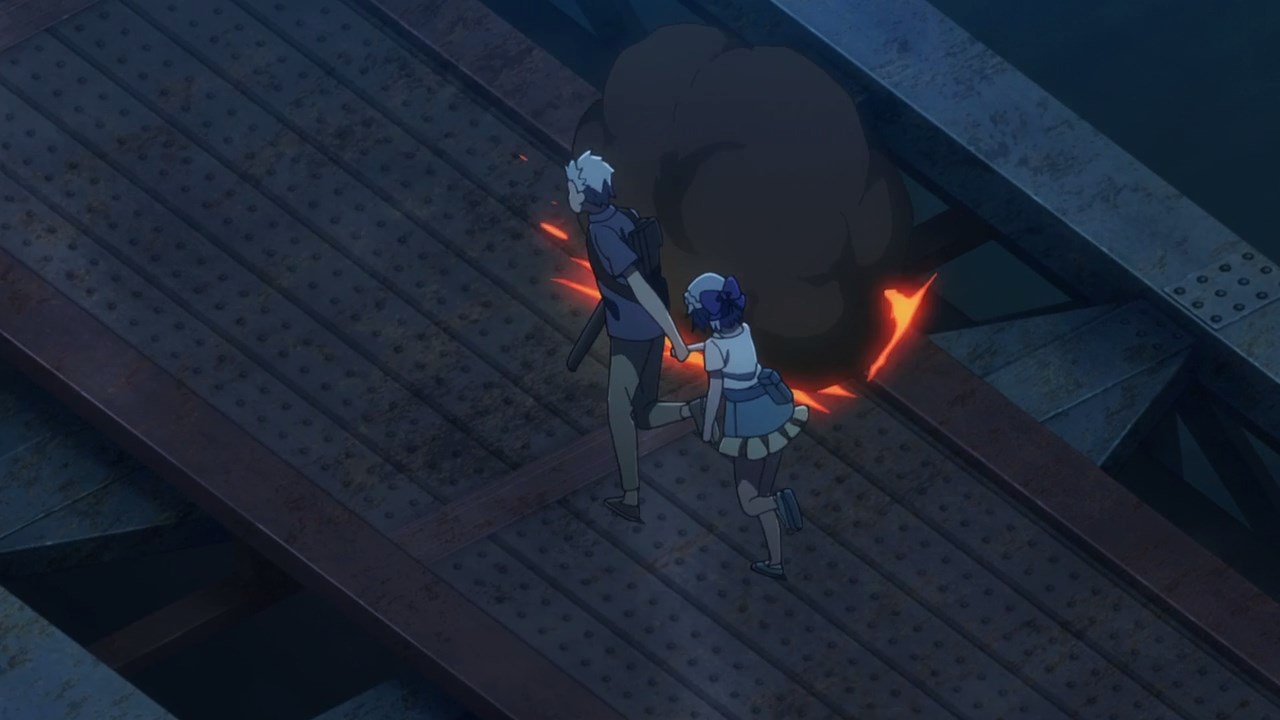 Of course, the Masked Lord and his men will try to stop Iska’s teammates from interfering their plans on assassinating Sisbell Lou Nebulis IX. This is gonna be a long fight right here! 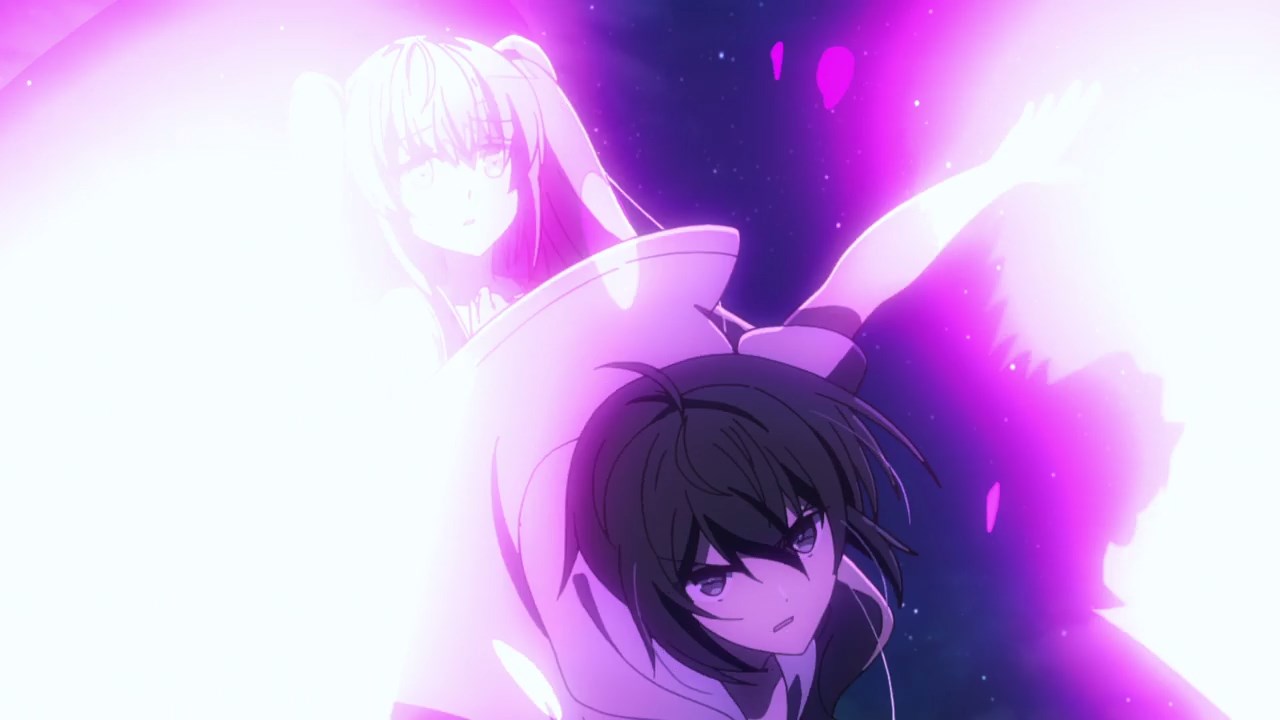 Now let’s return to Iska where he’s currently protecting Sisbell from the Object as it wants to devour the princess. Then again, he can’t defeat the Object by himself. 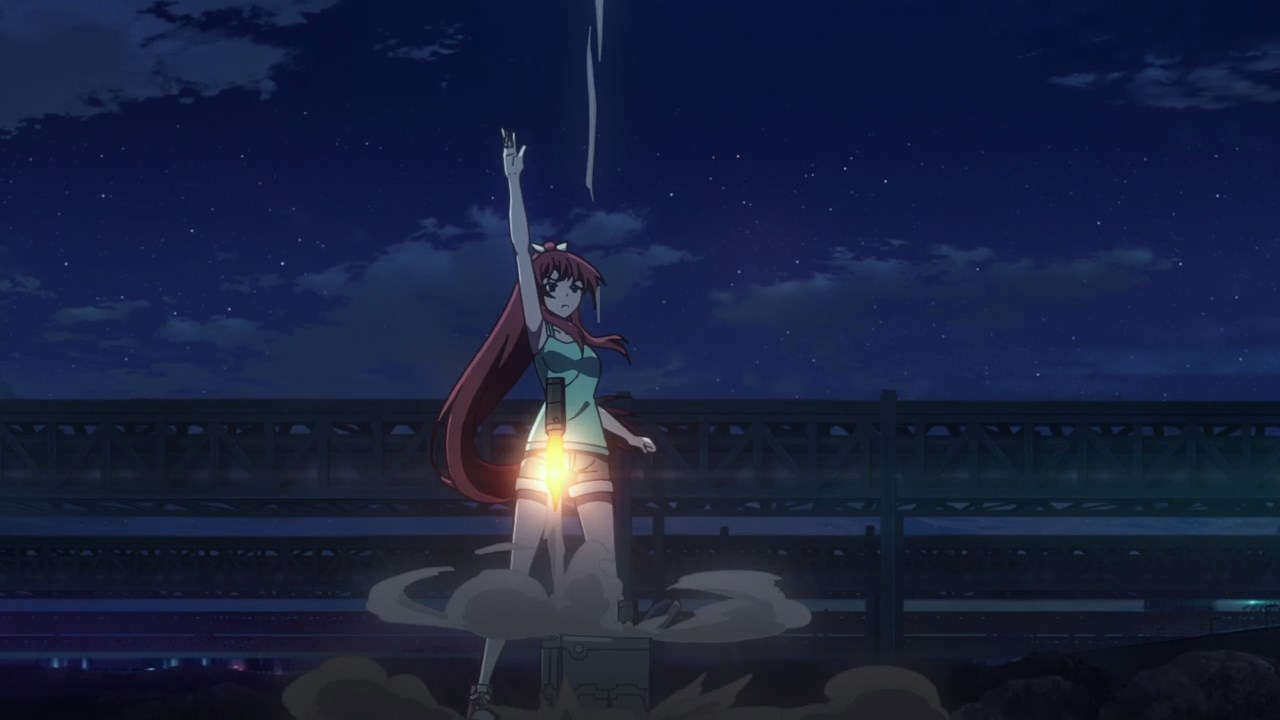 Luckily, Nene Alkastone has arrived to deliver the goods where she sends a flurry of stun missiles towards the Empire’s anti-witch weapon. 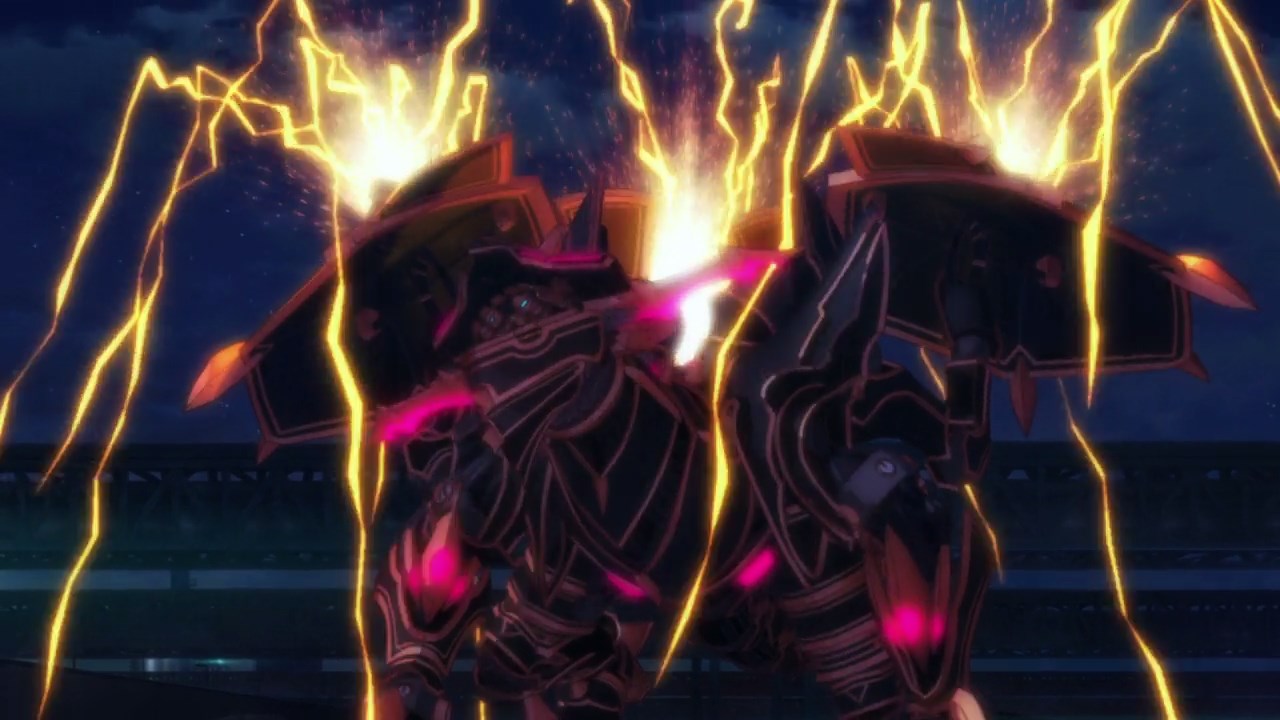 While her Piercing Shot is somewhat effective, the Object is still tough to beat. I think Nene should bring a bigger missile to destroy the weapon. 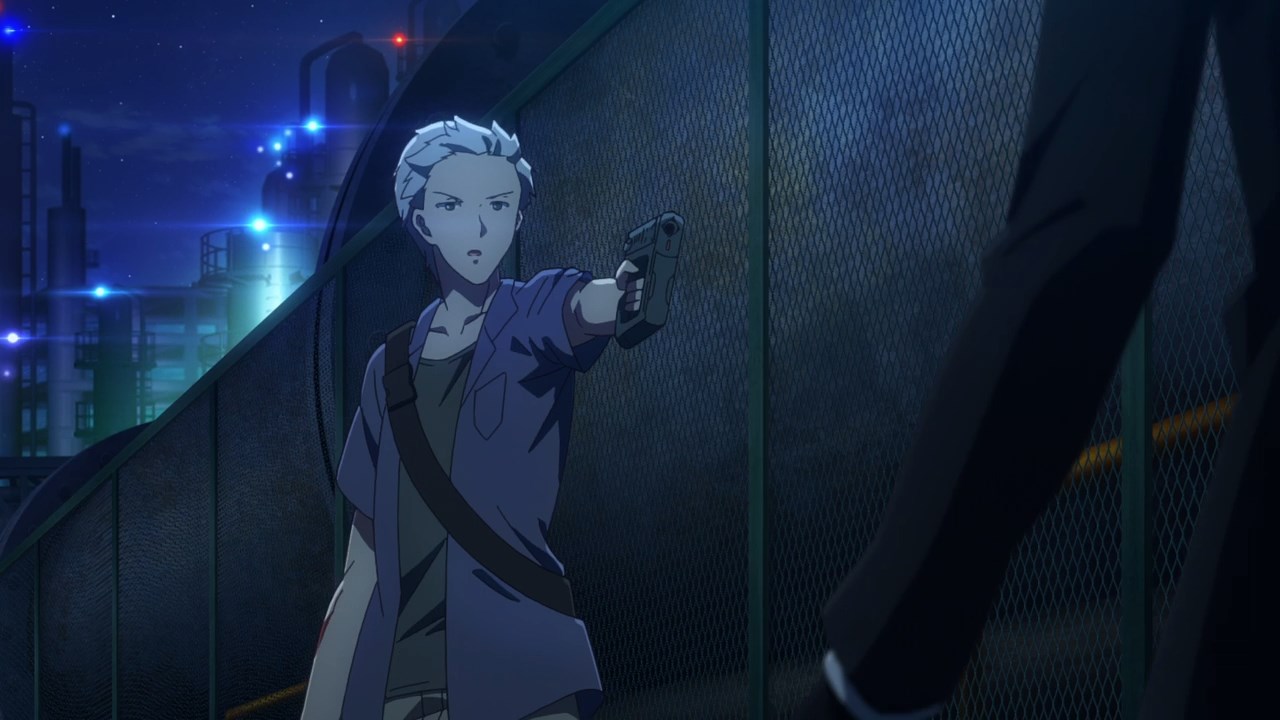 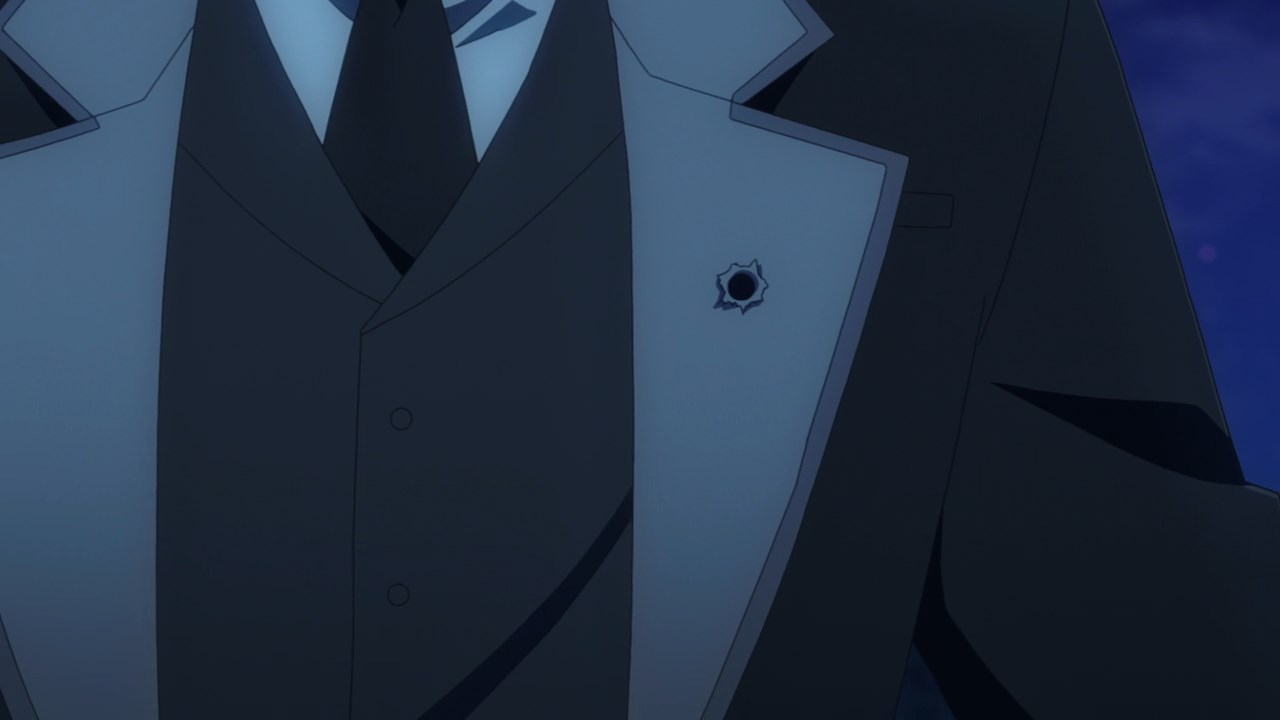 …to the chest. Then again, there’s no blood so what’s going on here? 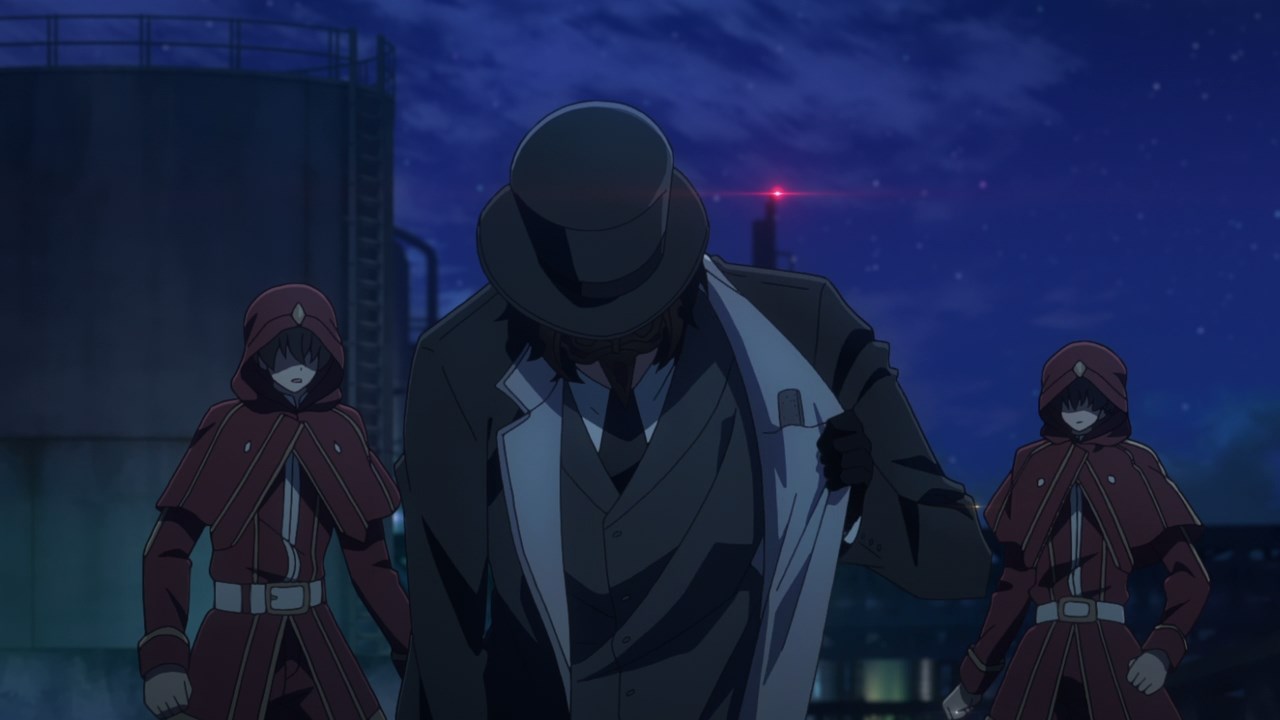 Turns out that the Masked Lord cheated death as his recorder stopped the bullet from piercing his chest.

Sure that he lost the fabricated evidence, but the Masked Lord will do it again to frame Sisbell as a traitor. 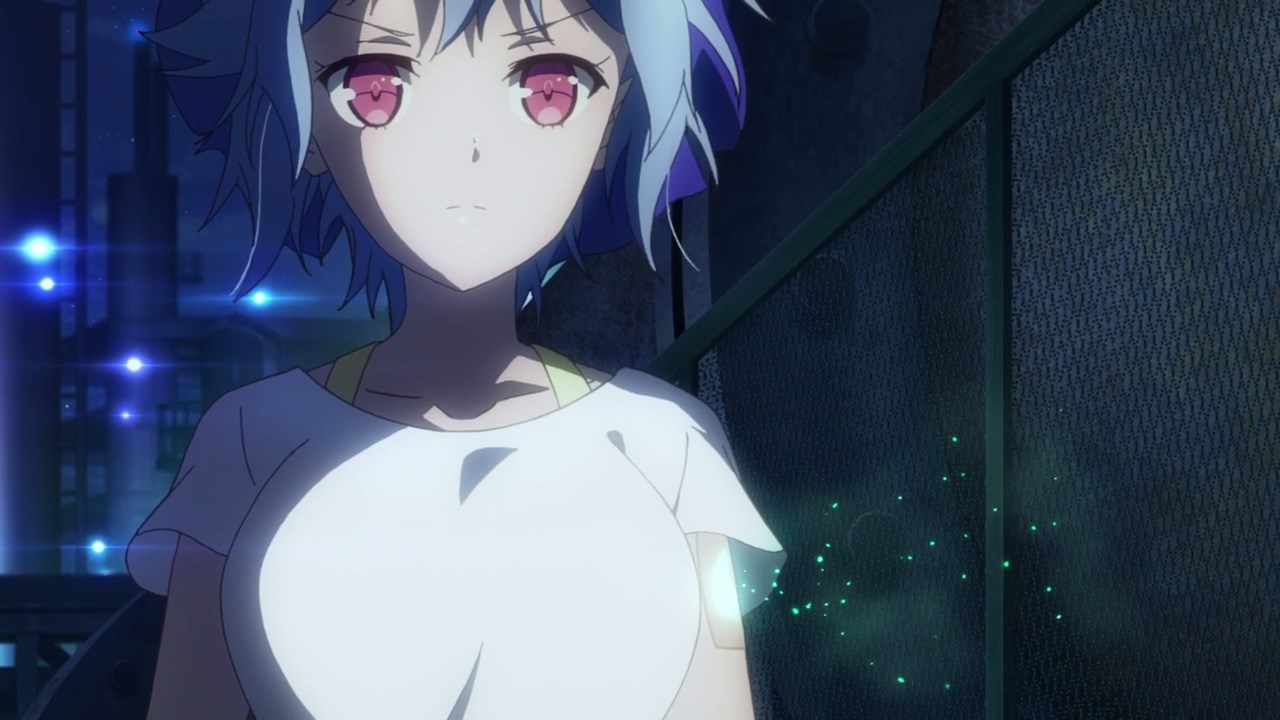 On the other hand, Mismis Klass is about to use her astral magic by blowing a gust of wind at the Masked Lord and his men.

Seriously, it’s the Masked Lord’s fault for kicking Mismis into the vortex in which she got her astral crest. 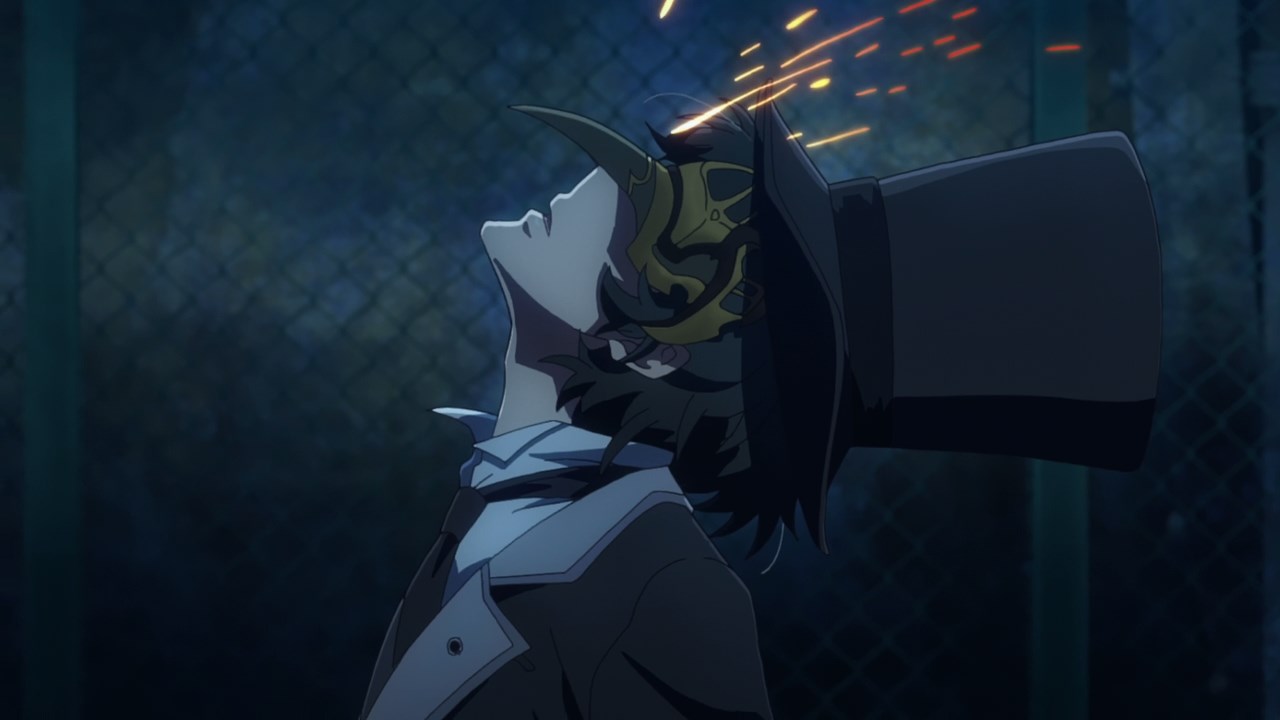 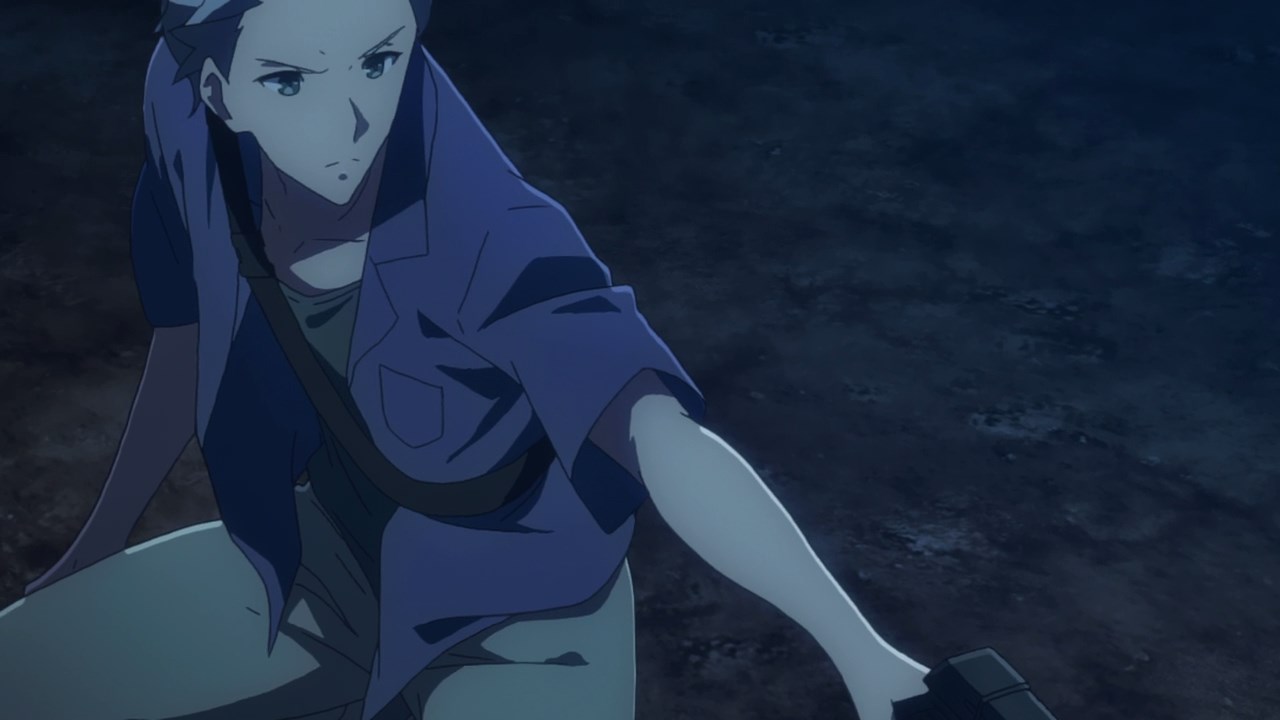 Now then, it appears that Jhin managed to snipe the Masked Lord in the forehead. Then again, he’s still alive ’cause his mask protects his noggin. God, I hate him! 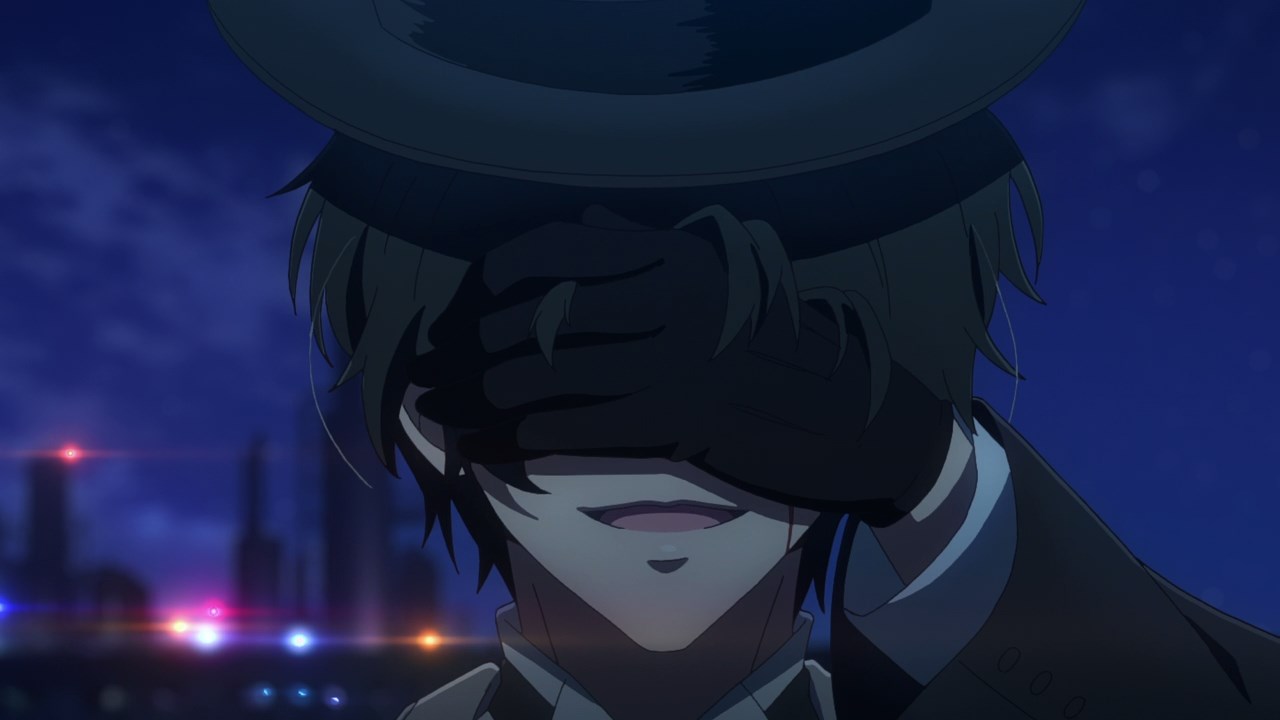 Still, the Masked Lord will return to make his niece Kissing into the next queen. Seriously, this guy is very dangerous that he’s plotting to wage war against the Empire! 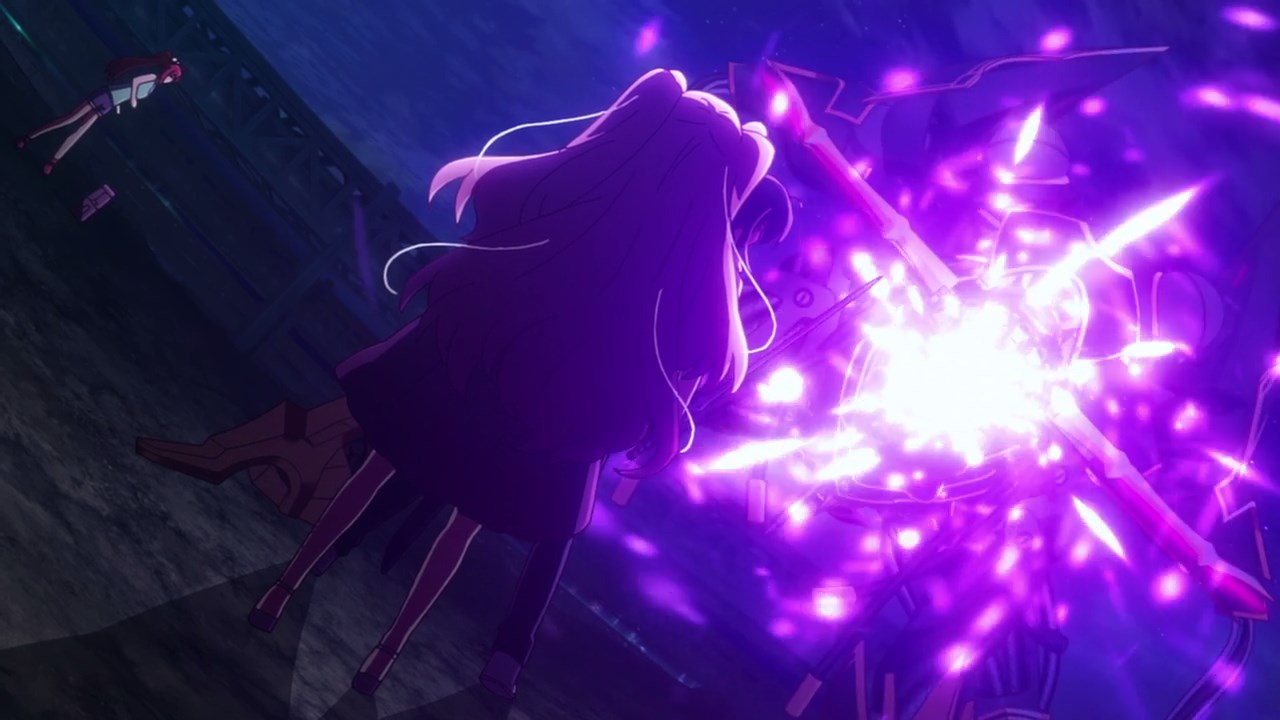 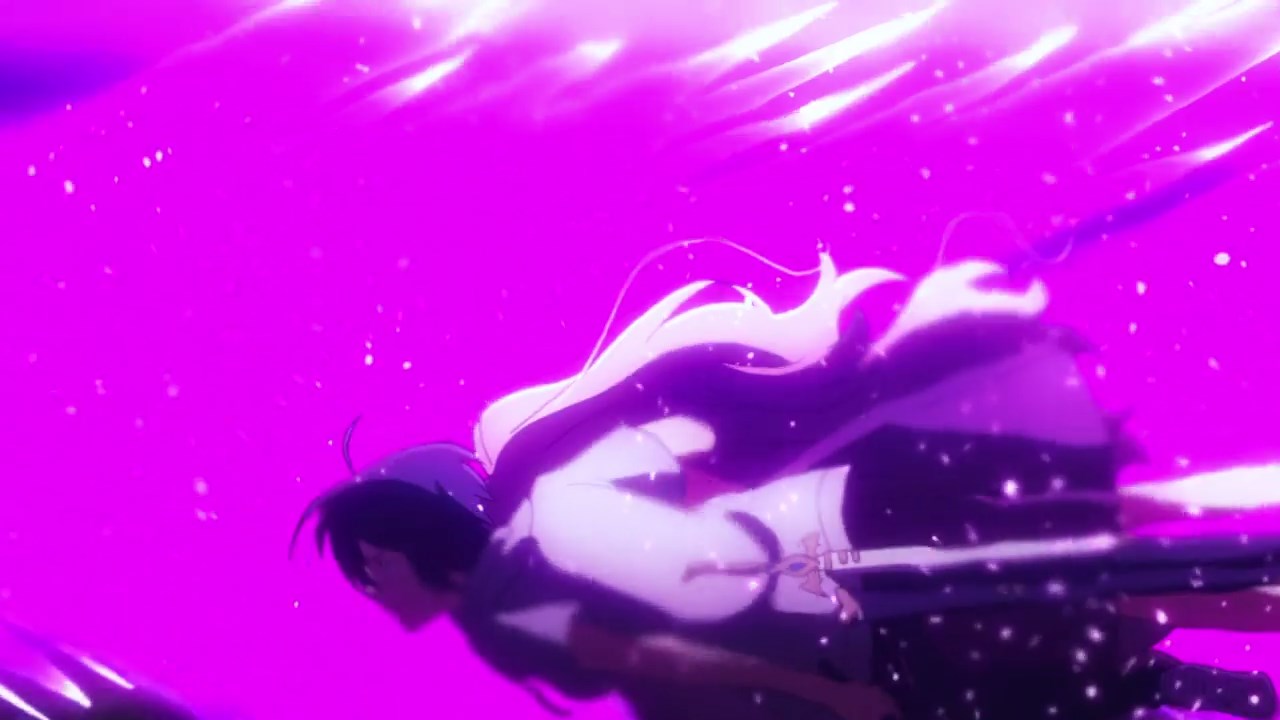 Oh, and it can fire repeatedly as the Object has unlimited astral energy so they’re screwed. Man, how will Iska defeat the Object? 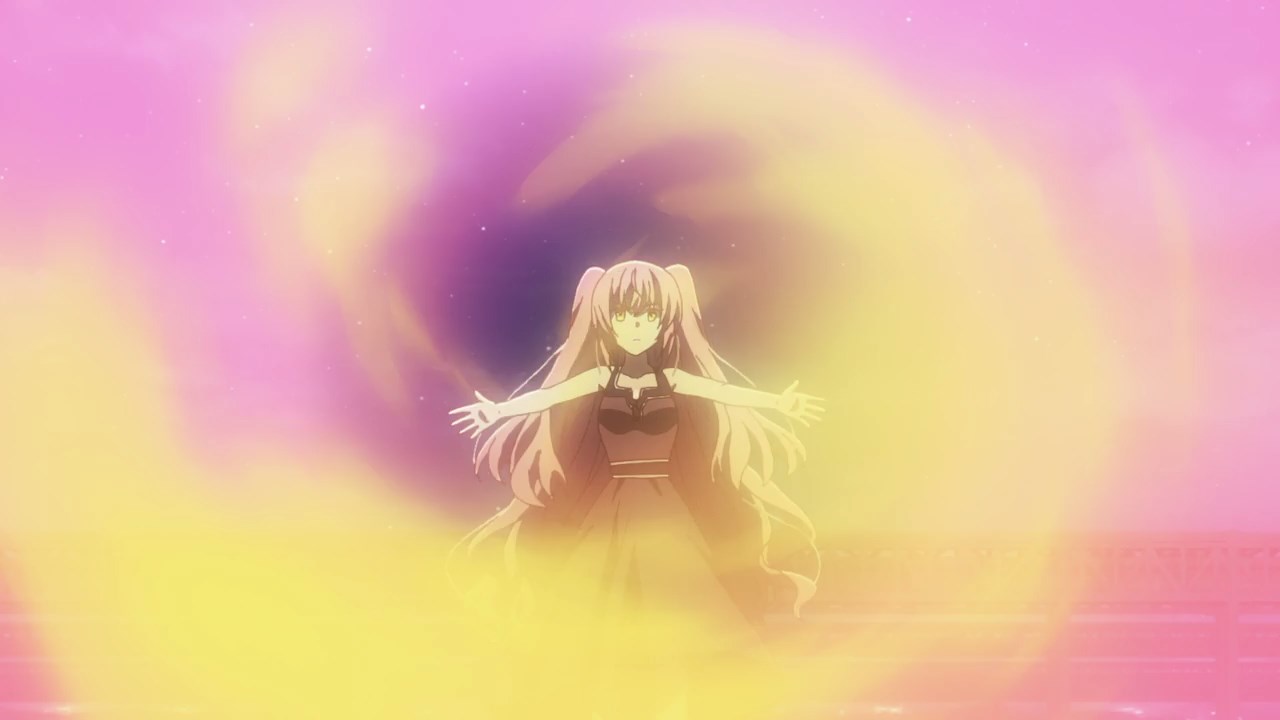 Of course, not all is lost however as Sisbell Lou Nebulis IX can cast a sandstorm that would blind the Object. 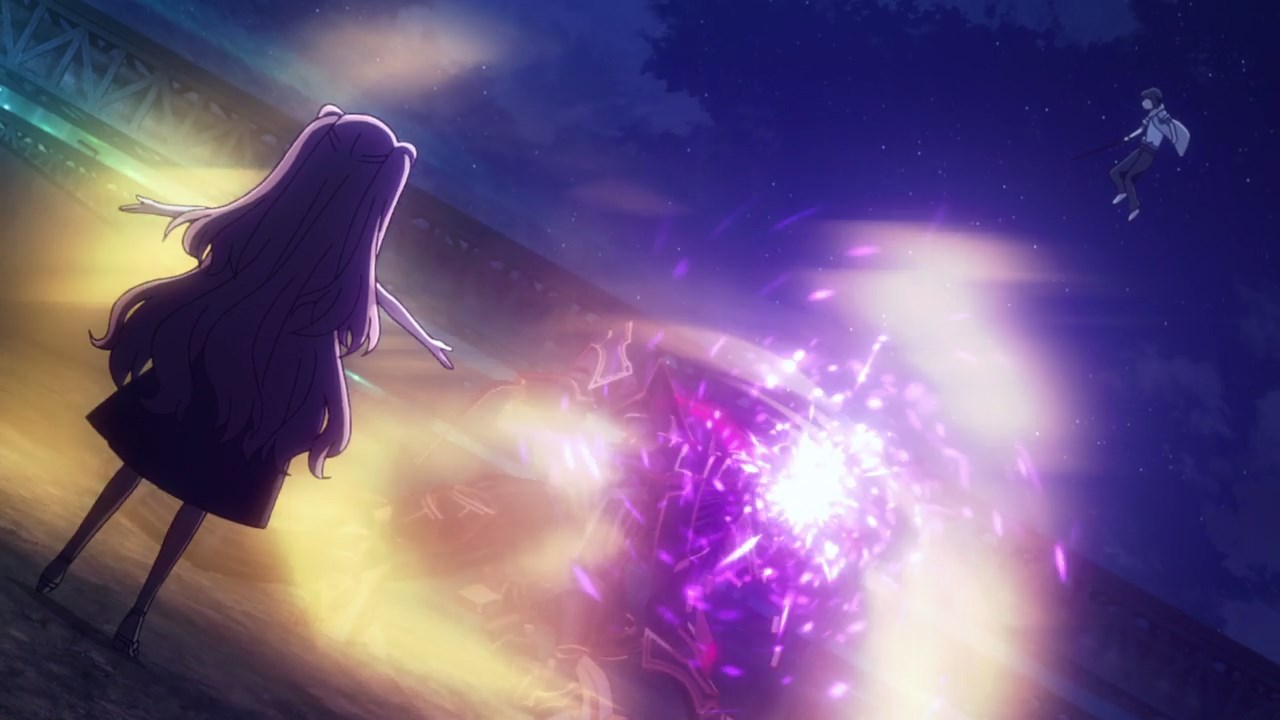 Well actually, Sisbell casts a replay magic where the Object experienced a sandstorm before coming to Alsamira. 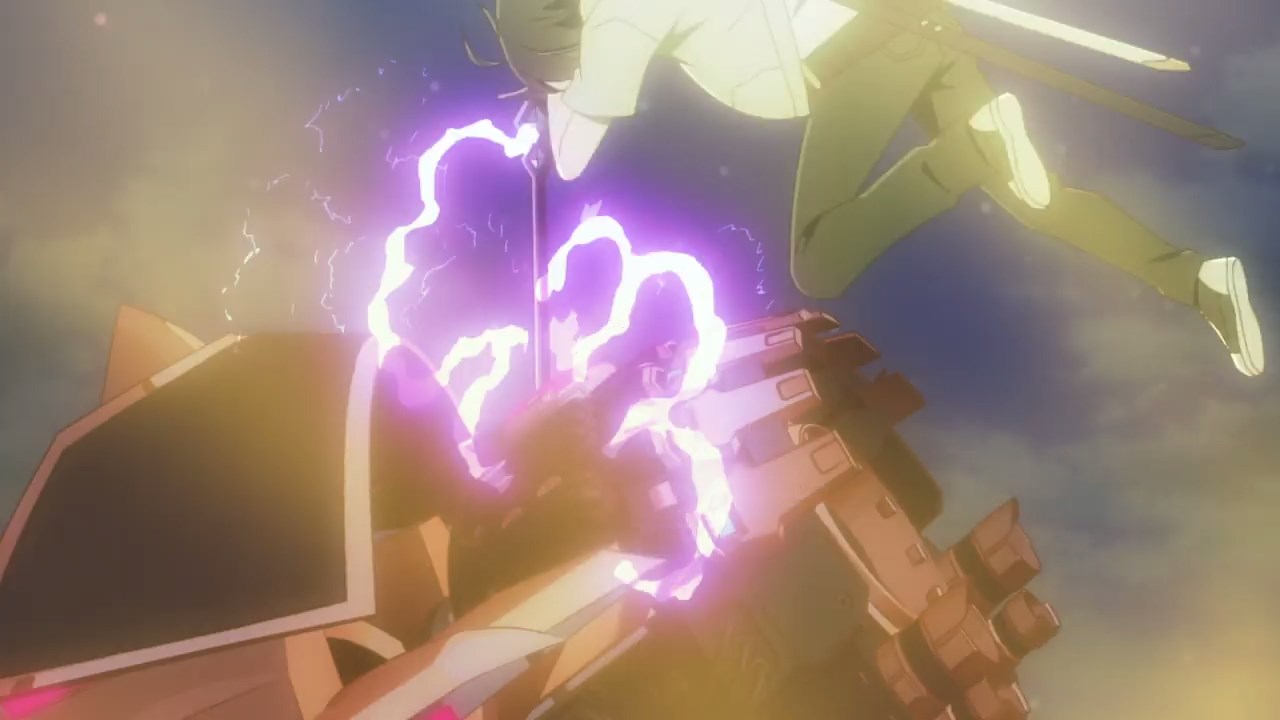 But thanks to Sisbell’s magic, Iska found an opening where he stabs the Object’s core with his astral swords. Well, looks like the boss has been defeated… or is it? 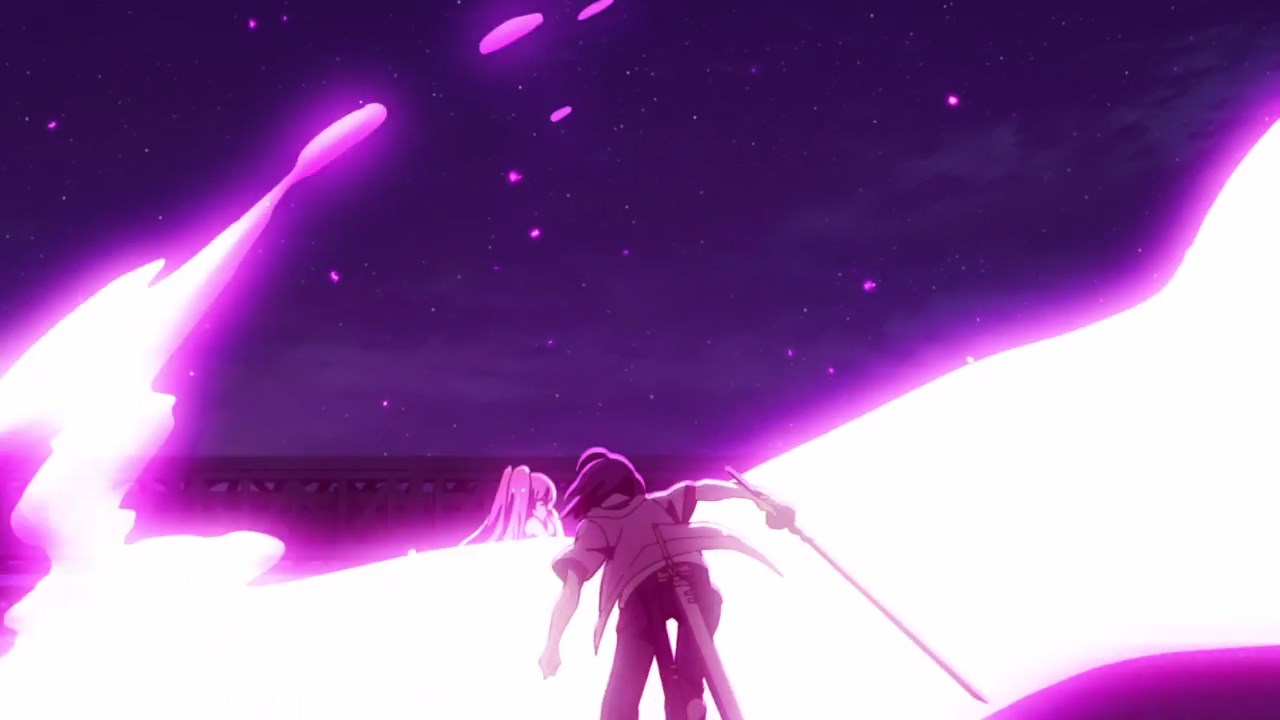 Turns out that the destroyed core releases an astral spirit in which it captures Sisbell to be its sacrifice. Man, I thought this battle is over. 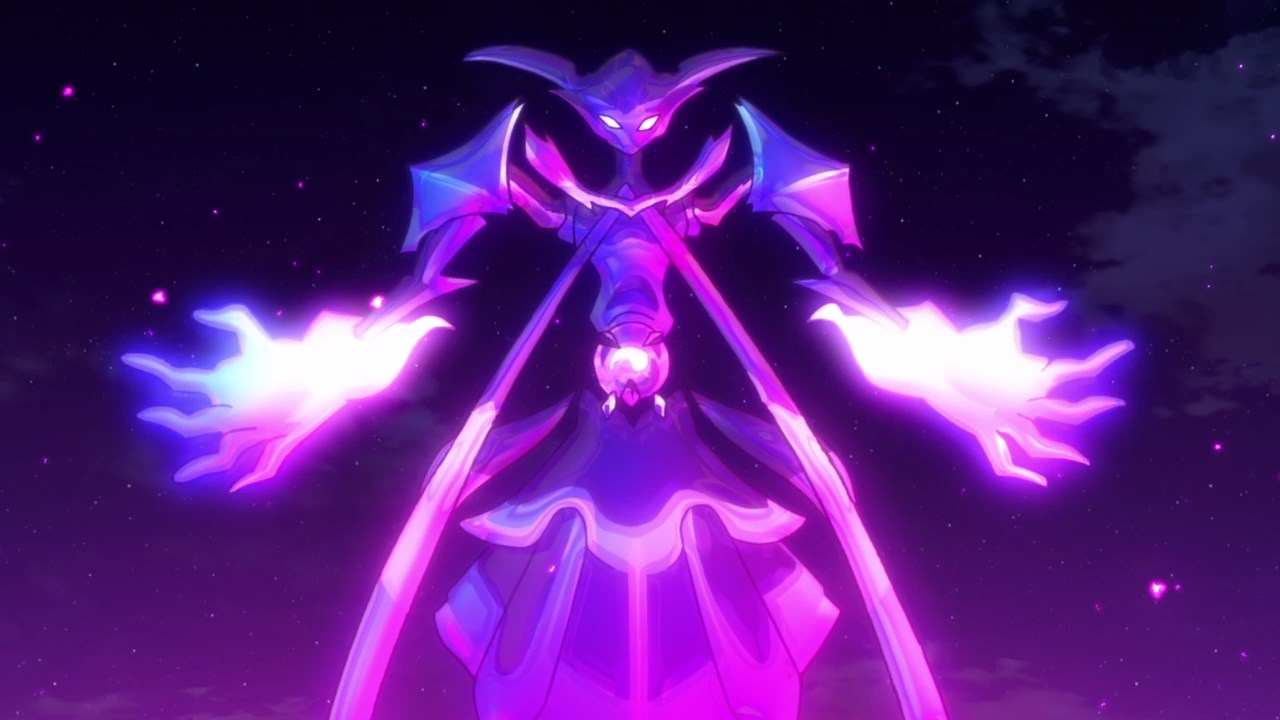 But seriously though, the Heavenly Empire wants to harness astral energy, especially astral spirits, to create powerful machines in order to destroy the Nebulis Sovereignty. 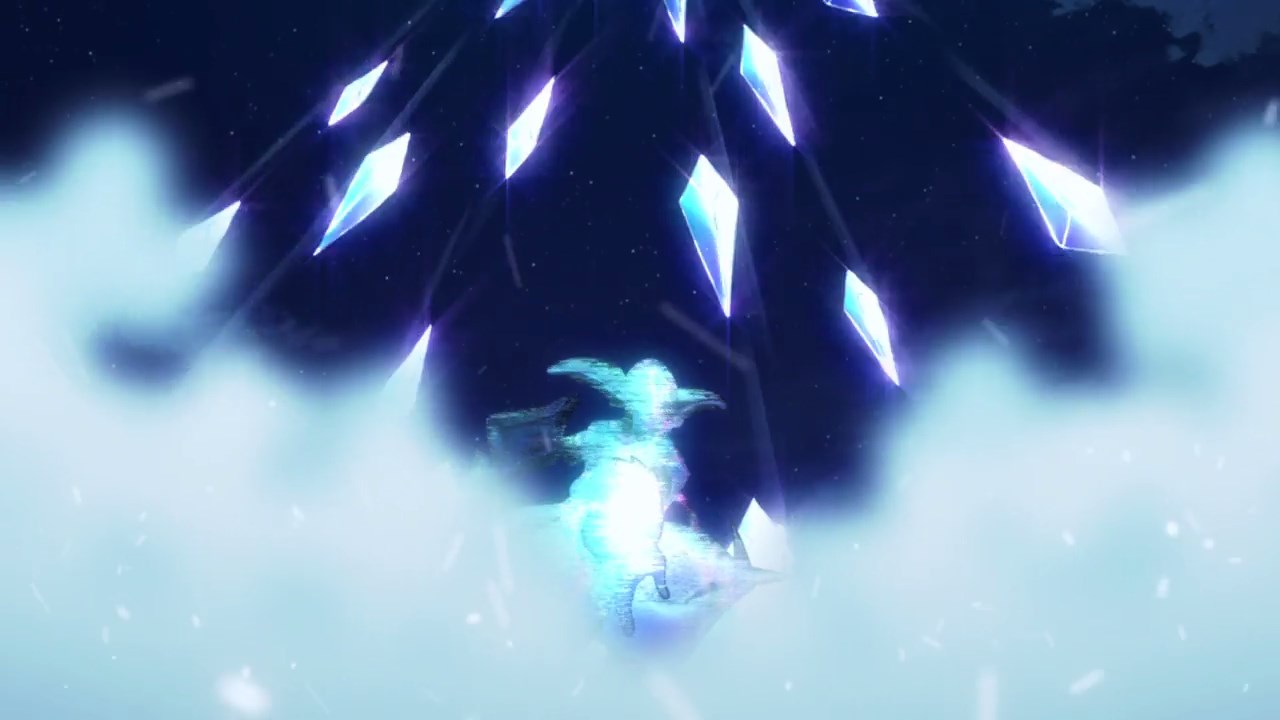 Luckily, it appears that this astral spirit is being taken care of someone else who’s known for casting ice magic. Don’t tell me that the Ice Calamity Witch is here? 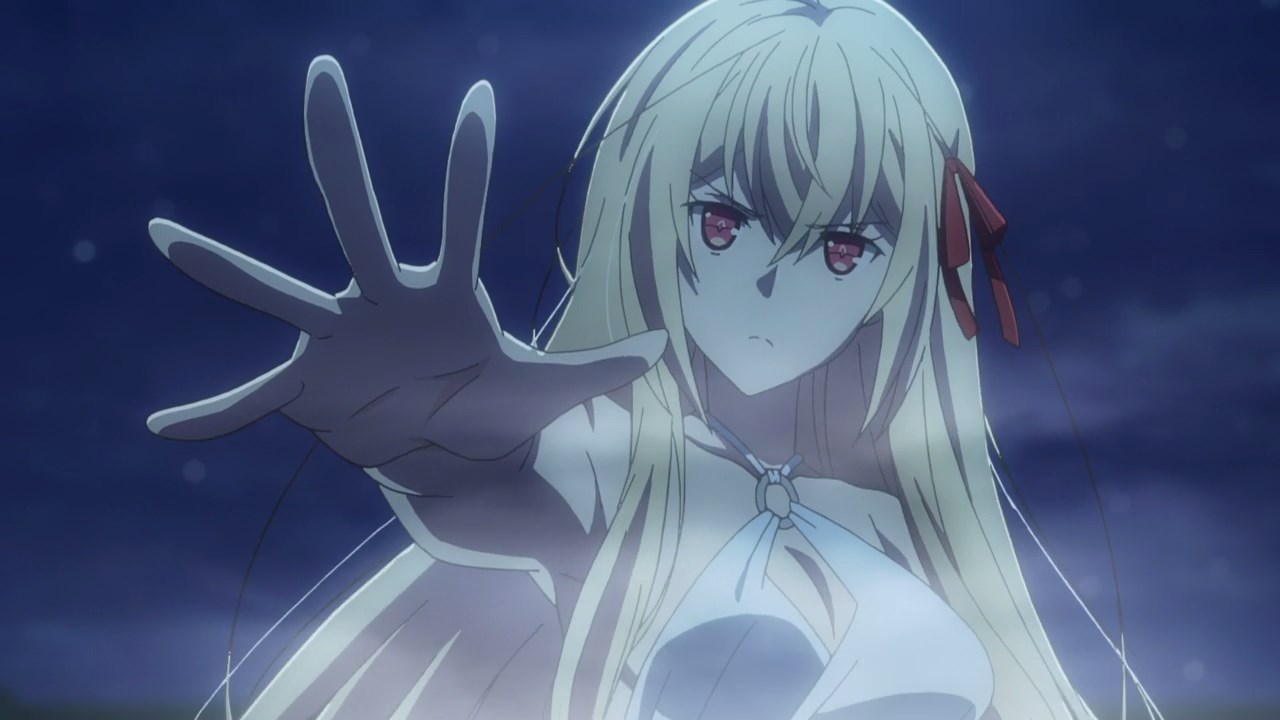 Well, here she is as Aliceliese Lou Nebulis IX has arrived to save her little sister from a rampaging astral spirit. Of course, she needs Iska’s strength to defeat it. 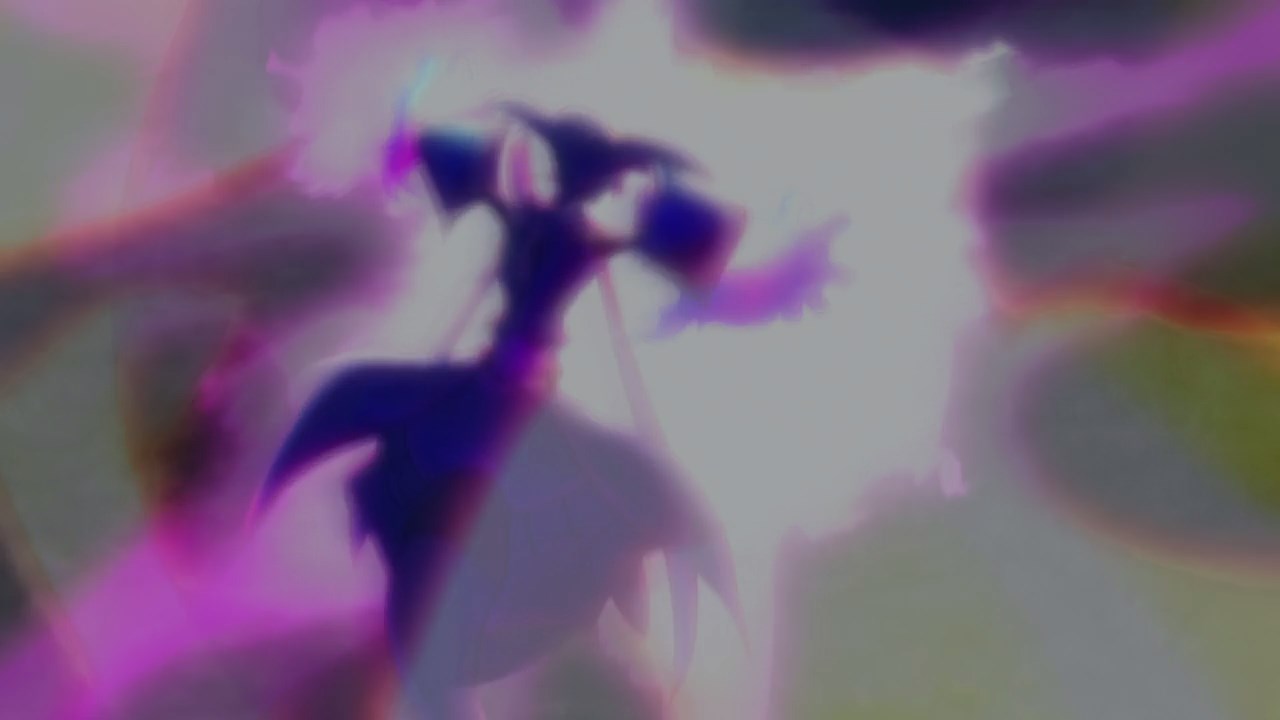 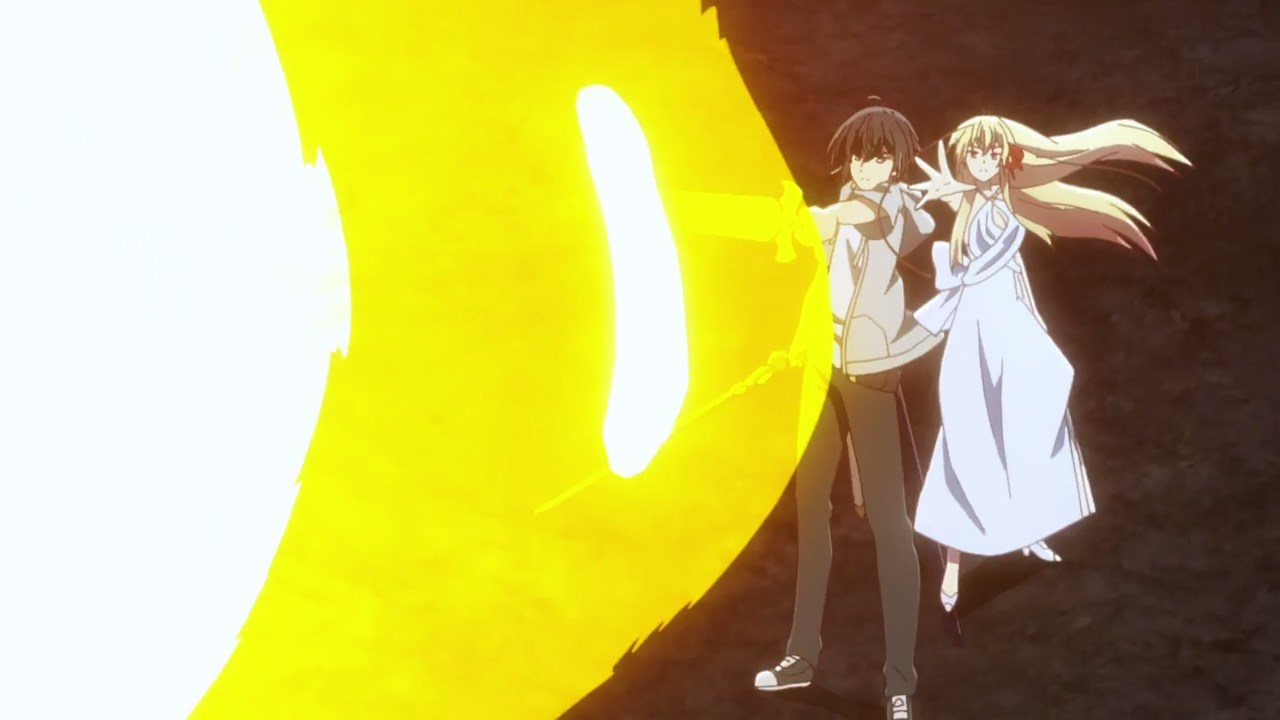 But anyways, Iska and Alice combined their powers to destroy the astral spirit. Still, I’m hoping that they won’t kill Sisbell off because their combined powers are off the scales. 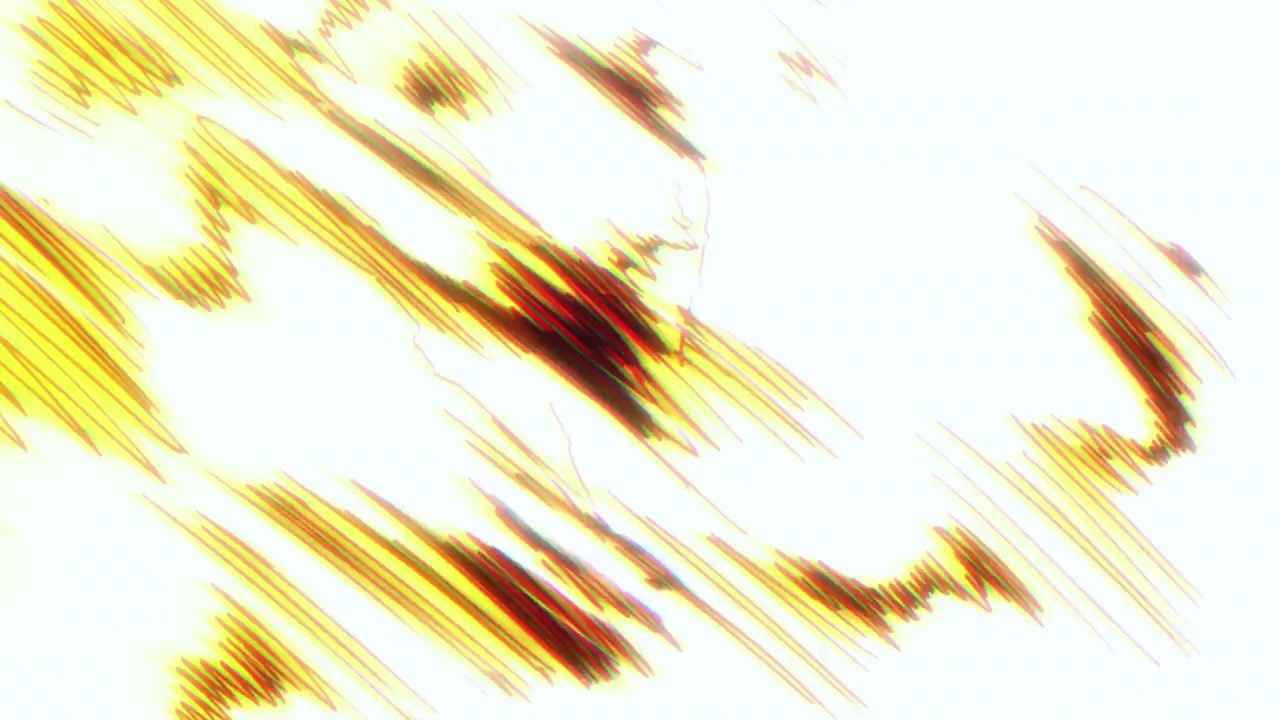 Regardless, the astral spirit is finally defeated thanks to both Iska and Aliceliese Lou Nebulis IX.

Of course, the Empire might go back to the drawing board in order to make their Object more powerful than the previous one. 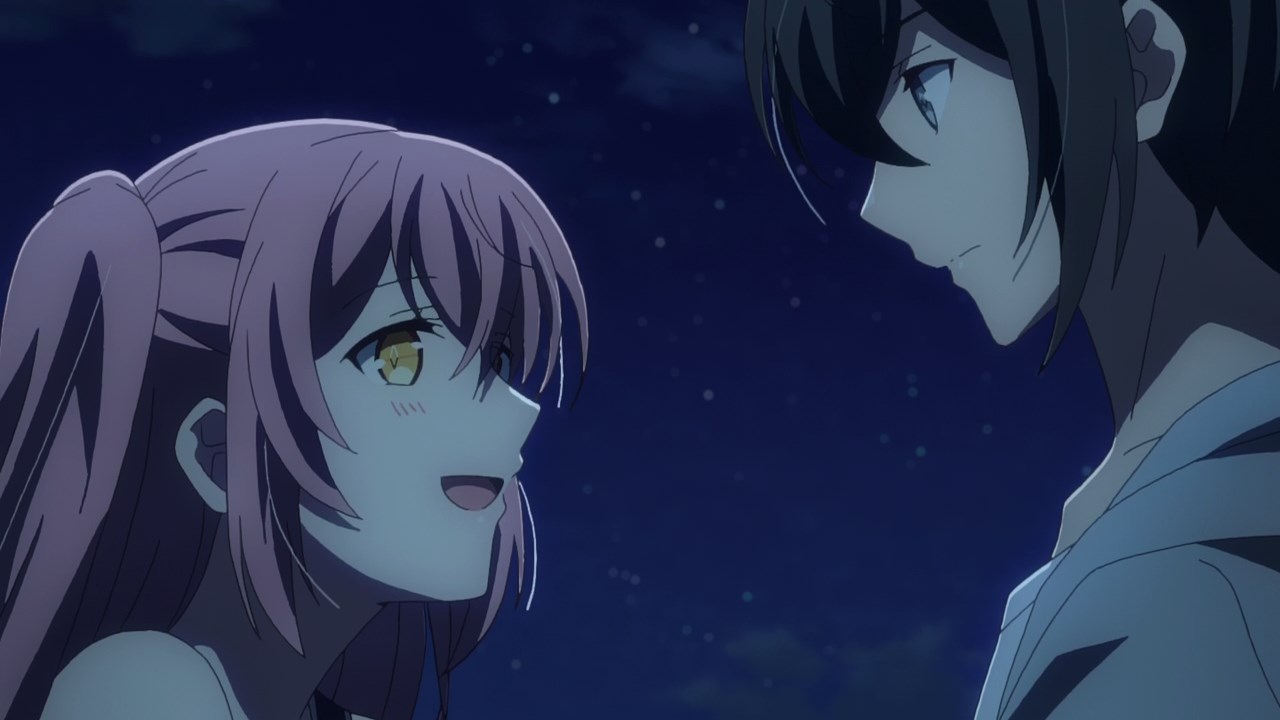 Now then, here’s Sisbell Lou Nebulis IX where she’s actually okay. On the other hand, Sisbell wants Iska to become a knight for her since he’s perfect.

Okay Sisbell, you still insist of taking Iska to the Nebulis Sovereignty even though he flatly reject your offer. 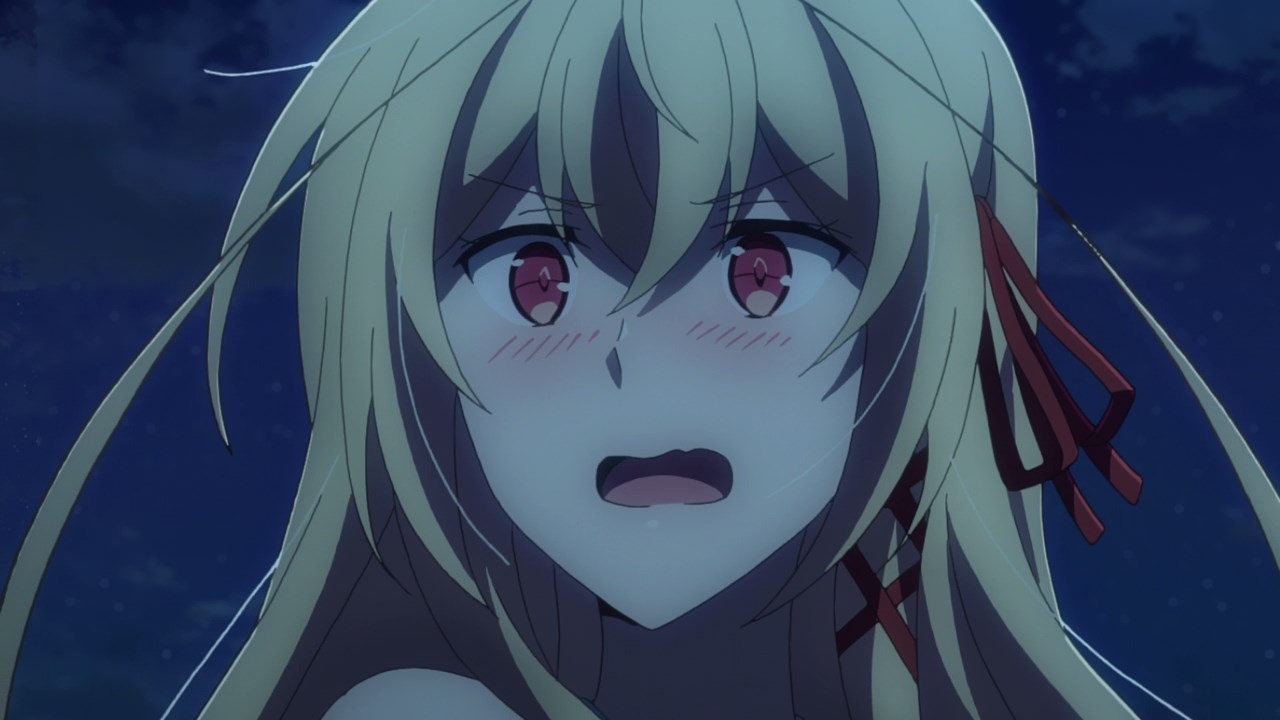 As for Aliceliese Lou Nebulis IX, I have to say that she’s getting jealous that her little sister is getting a bit closer to the Successor of the Black Steel.

Anyways, looks like the battle in Alsamira is finally over, but the war between the Empire and the Sovereignty continues to heat up. 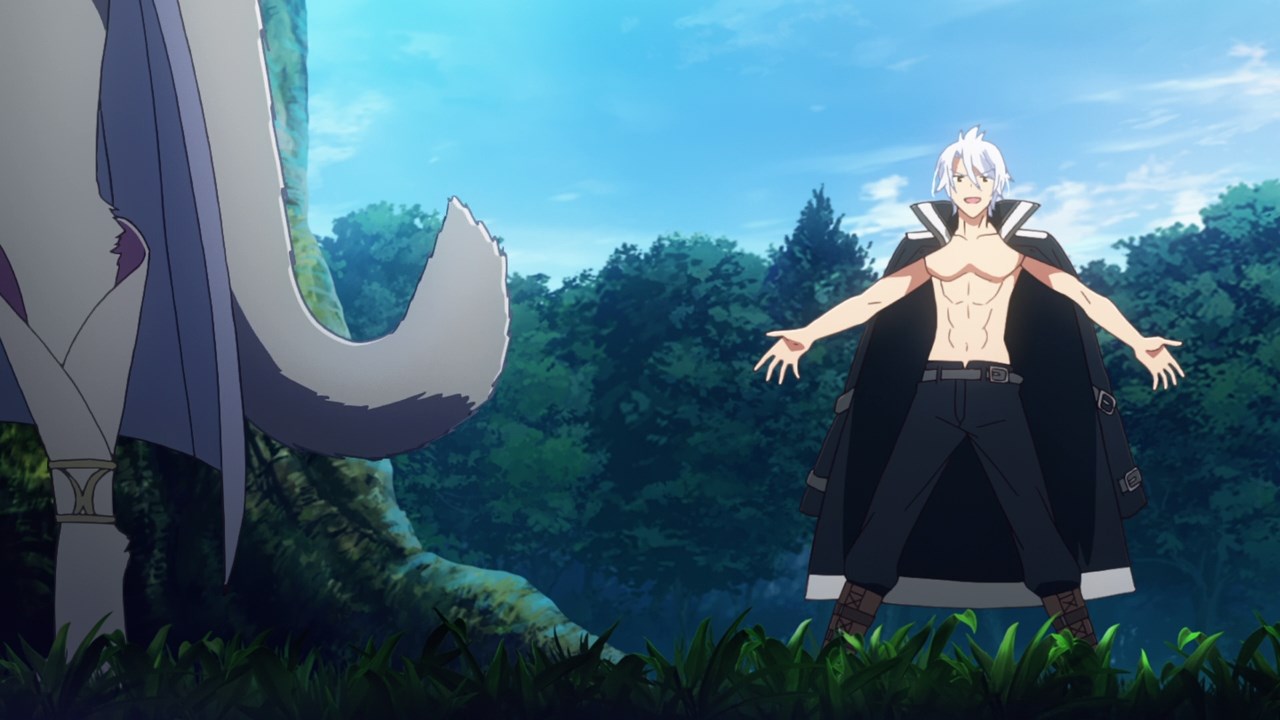 One last thing, here’s Salinger the Transcendent Demon where he’s actually alive after dropping down to the hole back in Ep. 9.

While he’s currently licking his wounds (although the Transcendent Demon already healed his wounds), Salinger met a certain person from the Empire… 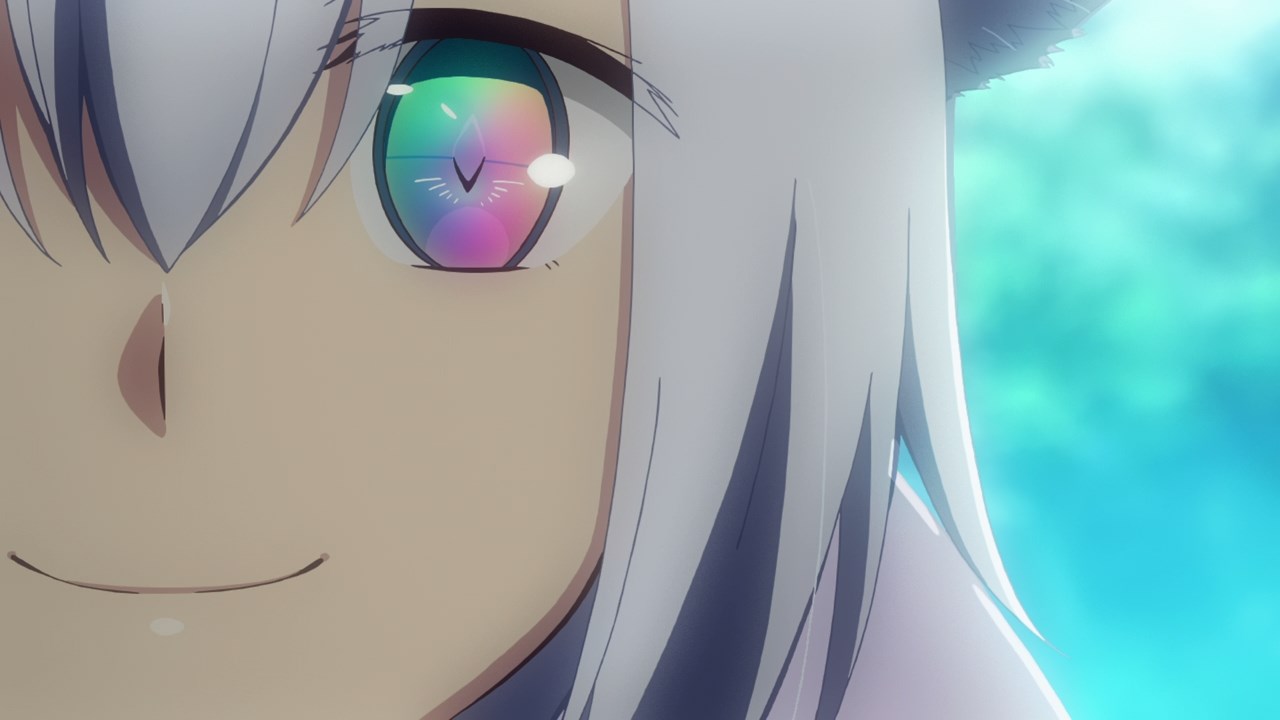 Said person happened to be Emperor Yummerngen where he has some plans for Salinger. Ugh, I feel that it’s gonna be disastrous if the Transcendent Demon joined the Empire. 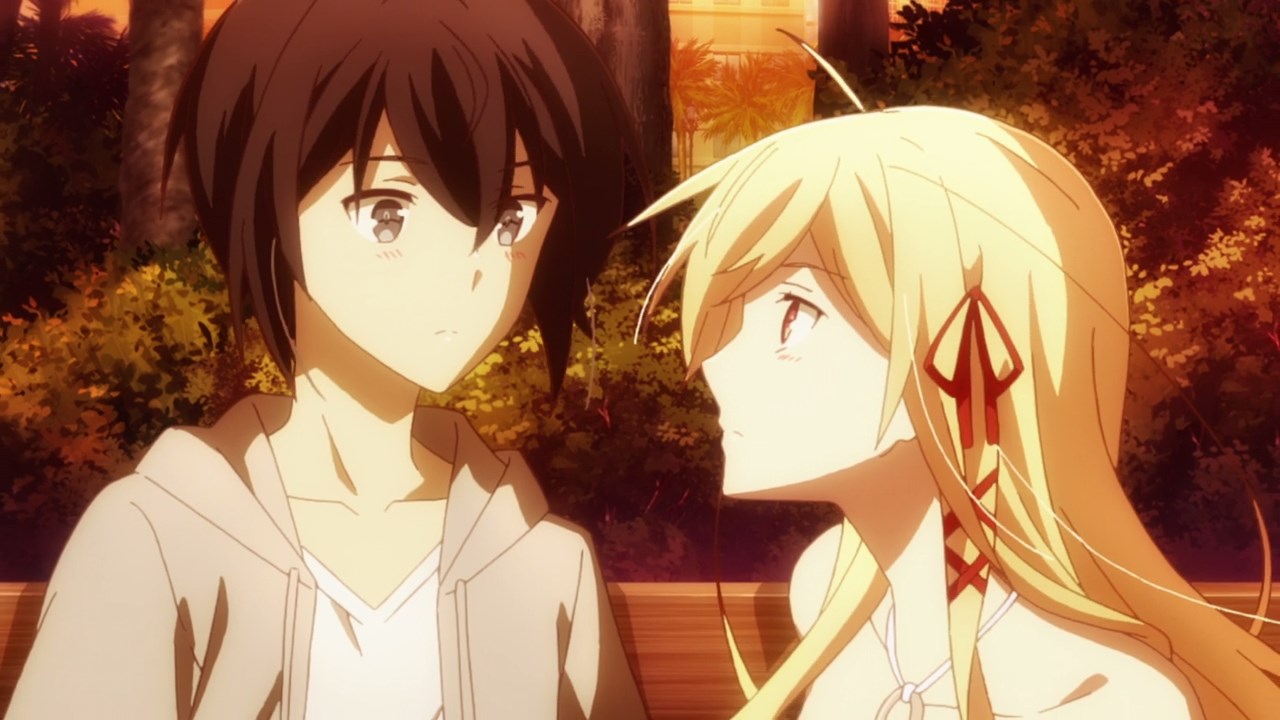 But that’s the end of KimiSen and I have to say that while it has an interesting premise due to the protagonists wanting to end the war in their own way, it doesn’t impress me much due to being a generic fantasy show. It’s not bad, but it’s not good either.

Honestly, it would be nice if KimiSen is a 2-cour show where it’ll feature the elections that will determine the next queen of the Sovereignty, as well as the Eight Great Apostles and Emperor Yummerngen’s true motives, but Kadokawa and SILVER LINK made a run-of-a-mill anime series to promote the light novels.

With that said, I’ll leave you with Iska and Aliceliese Lou Nebulis IX discussing their future plans for their respective countries, although they’ll remain rivals because destiny said so.