Posted on November 3, 2021 by benigmatica 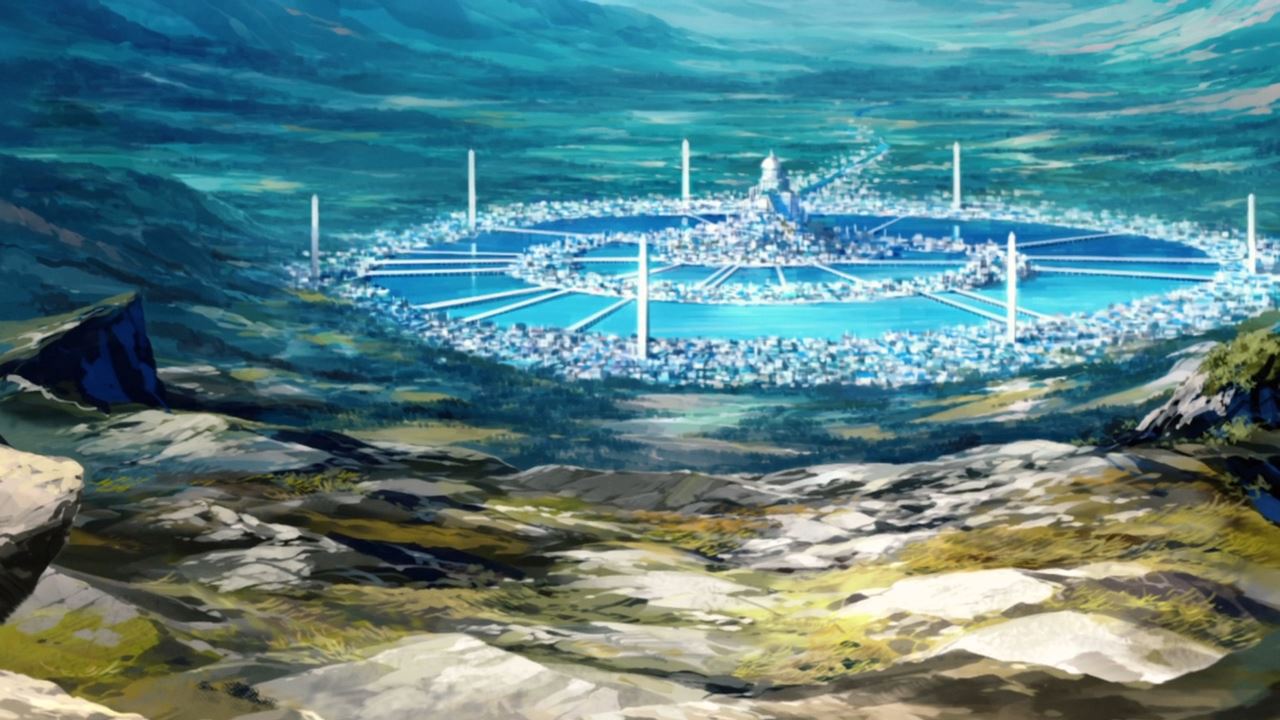 Well everyone, looks like Rudeus Greyrat and his friends have finally arrived at Millishion, the capital of the Holy Country of Millis. Of course, Rudy and Eris will need to earn more money to buy another boat ticket and go home. 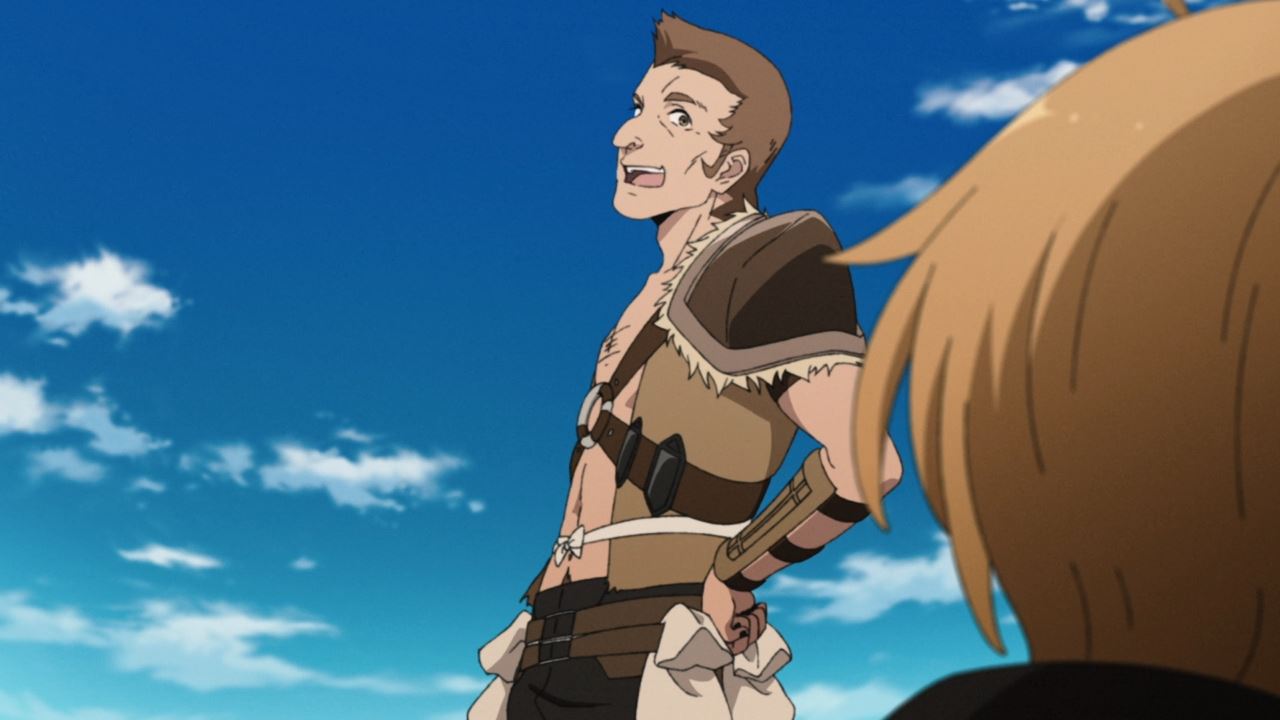 Oh yeah, Gisu will take his leave, but not before telling Rudy to check out the adventurer’s guild ’cause he heard that there’s something interesting there. Honestly, Gisu is one mysterious guy! 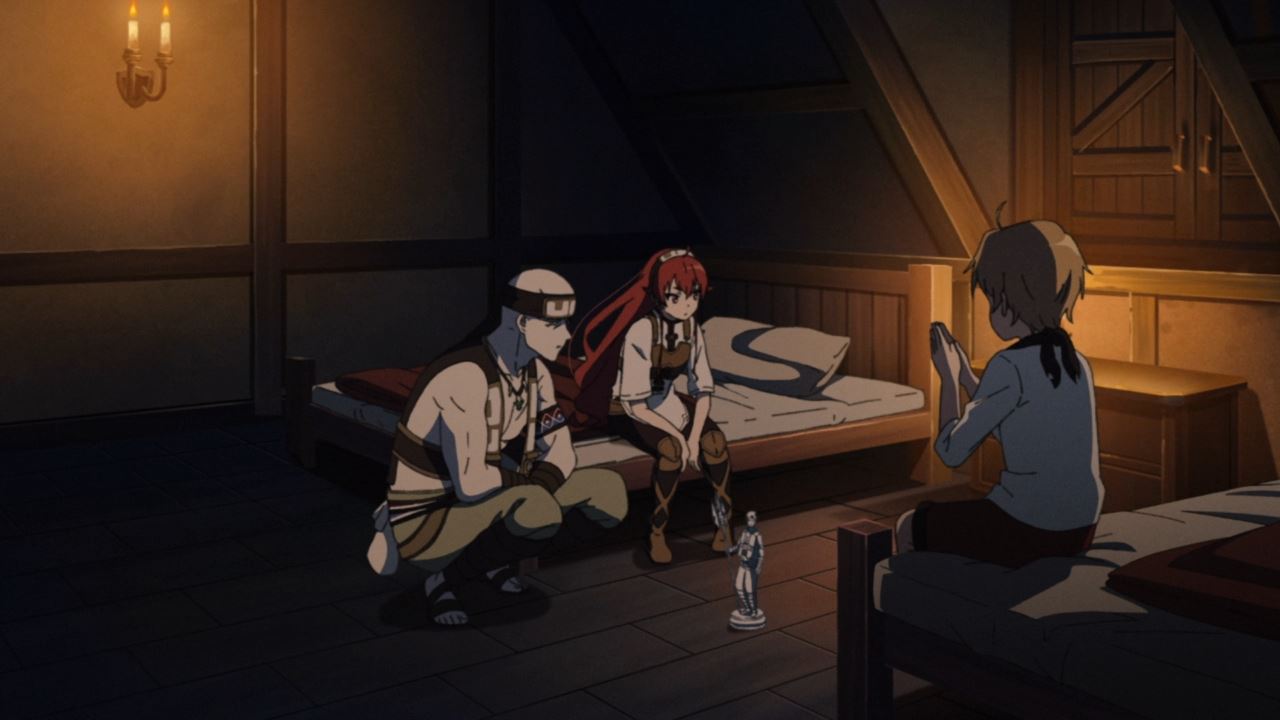 Anyways, both Eris Boreas Greyrat and Ruijerd Superdia will hunt some goblins tomorrow, while Rudeus Greyrat will try to sell Ruijerd figures and convince everyone that he’s not cursed.

While Eris’ idea is great, I feared that she might get raped and killed by goblins ’cause c’mon, they’re bad to deal with! 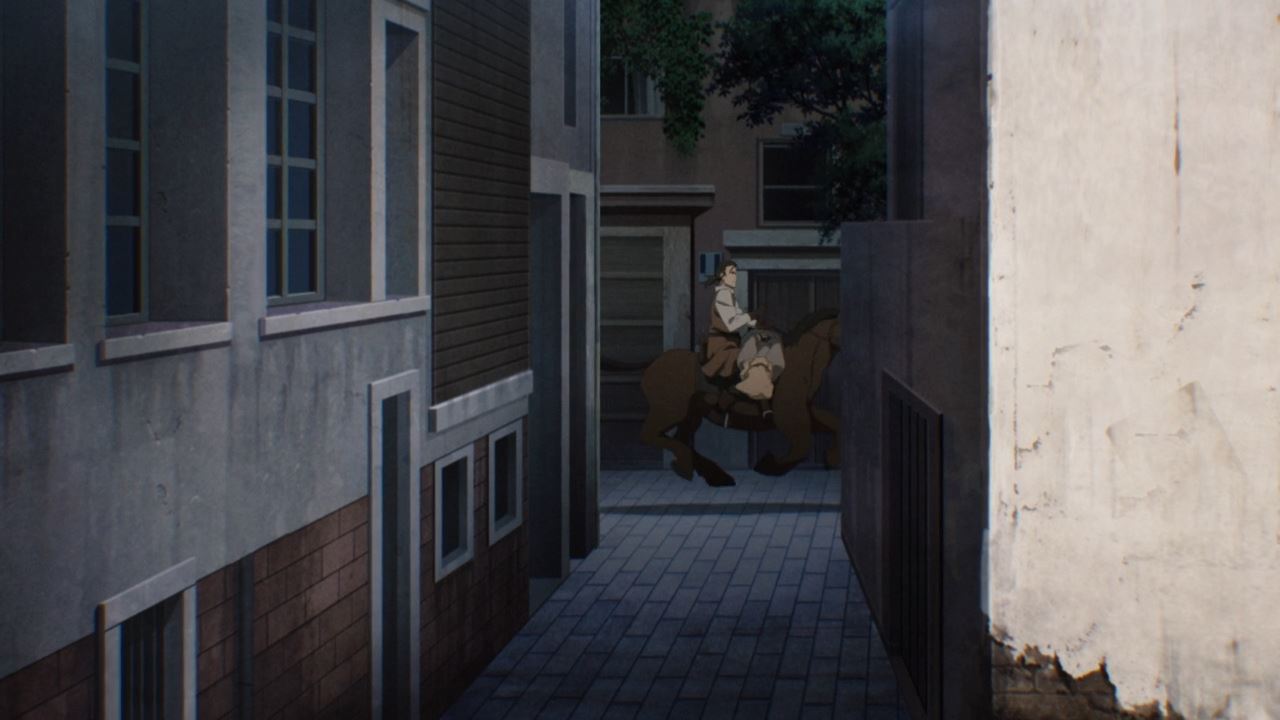 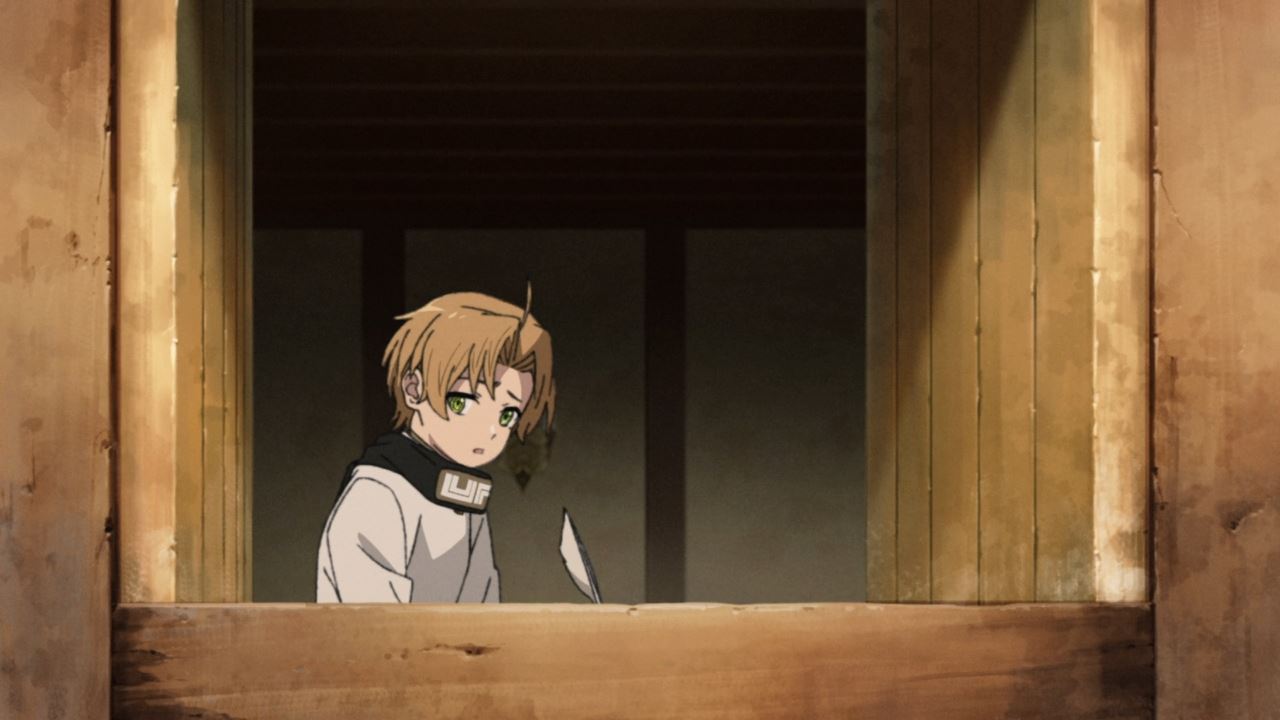 Now then, it seems that Rudy noticed that there are lot of kidnappings lately in Millishion as he decides to save them. After all, he’s the hero of this story! 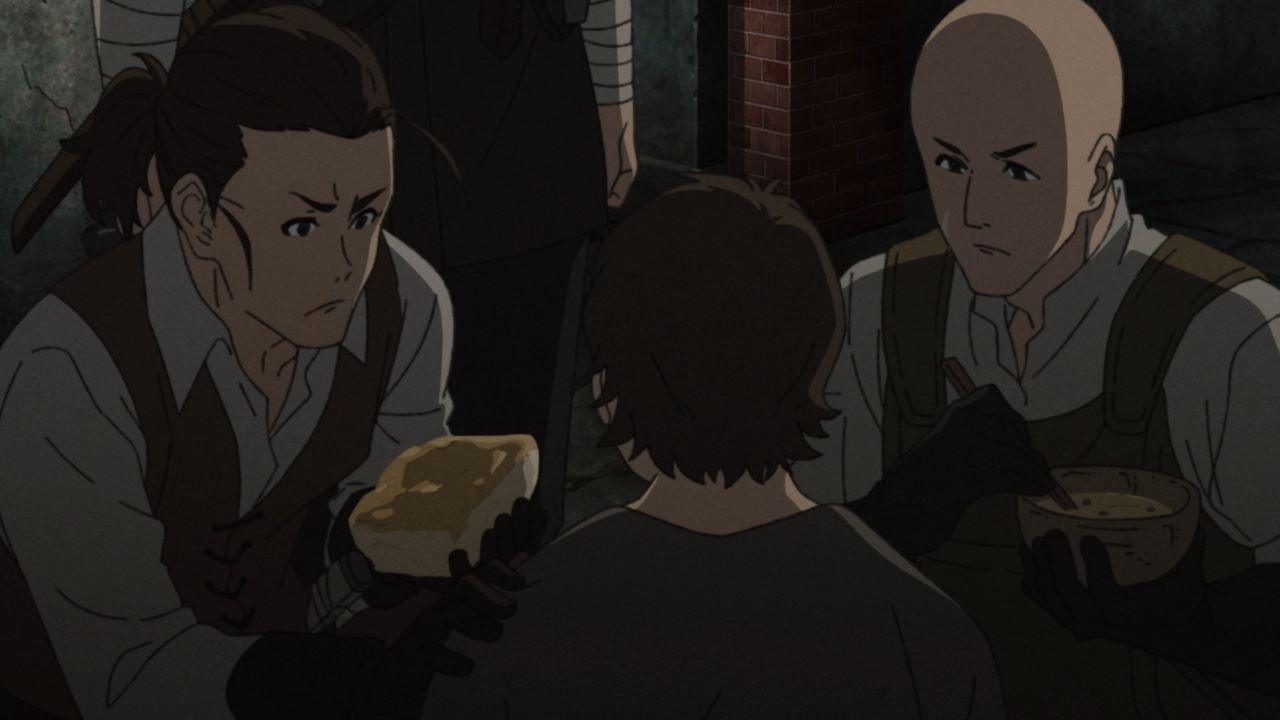 However, these bandits are treating this kidnapped child nicely where they try to feed him. Okay, are they supposed to be evil where they just kick the kid? 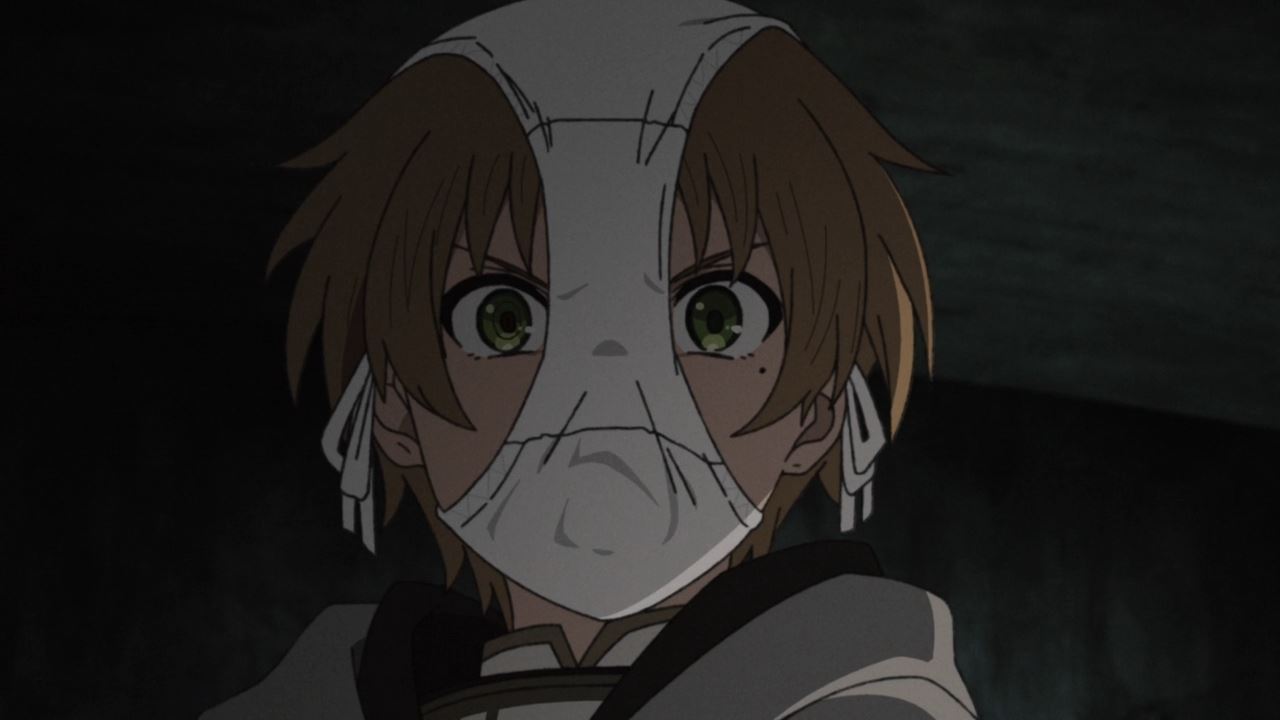 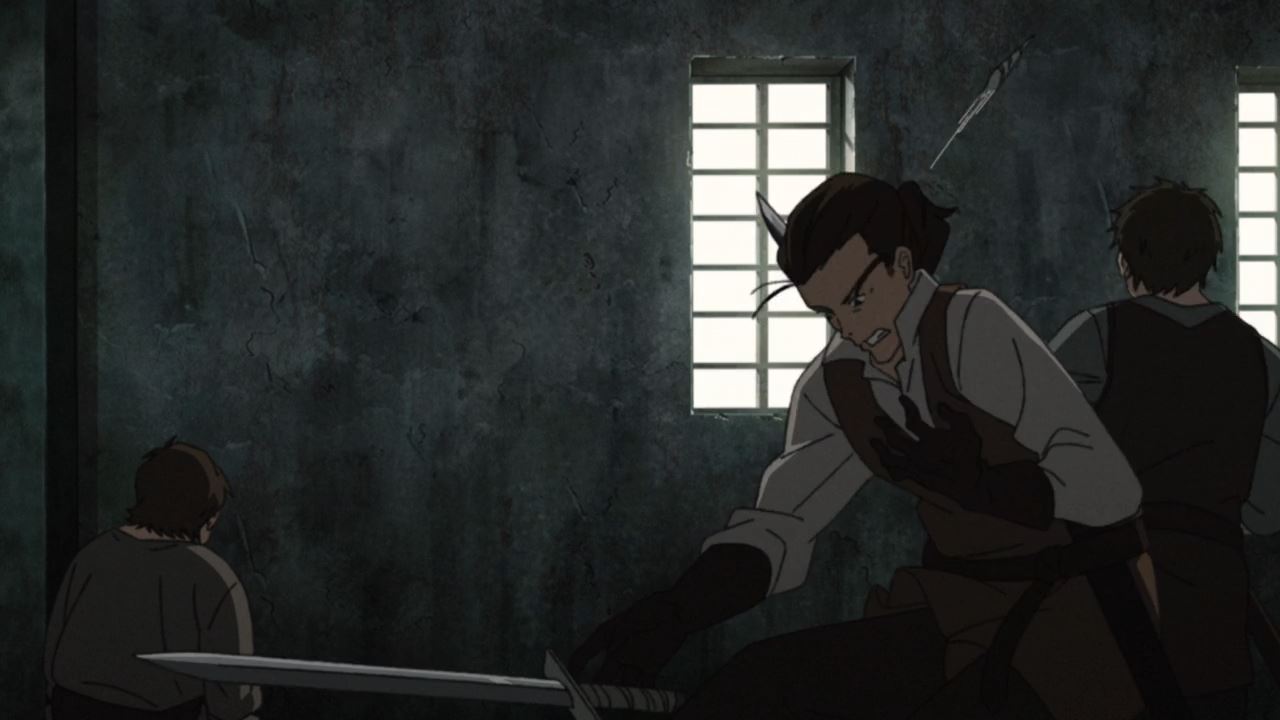 Still, he managed to knock those enemies down with his earth magic. Now it’s time for Rudy to save the kid from those kidnappers. 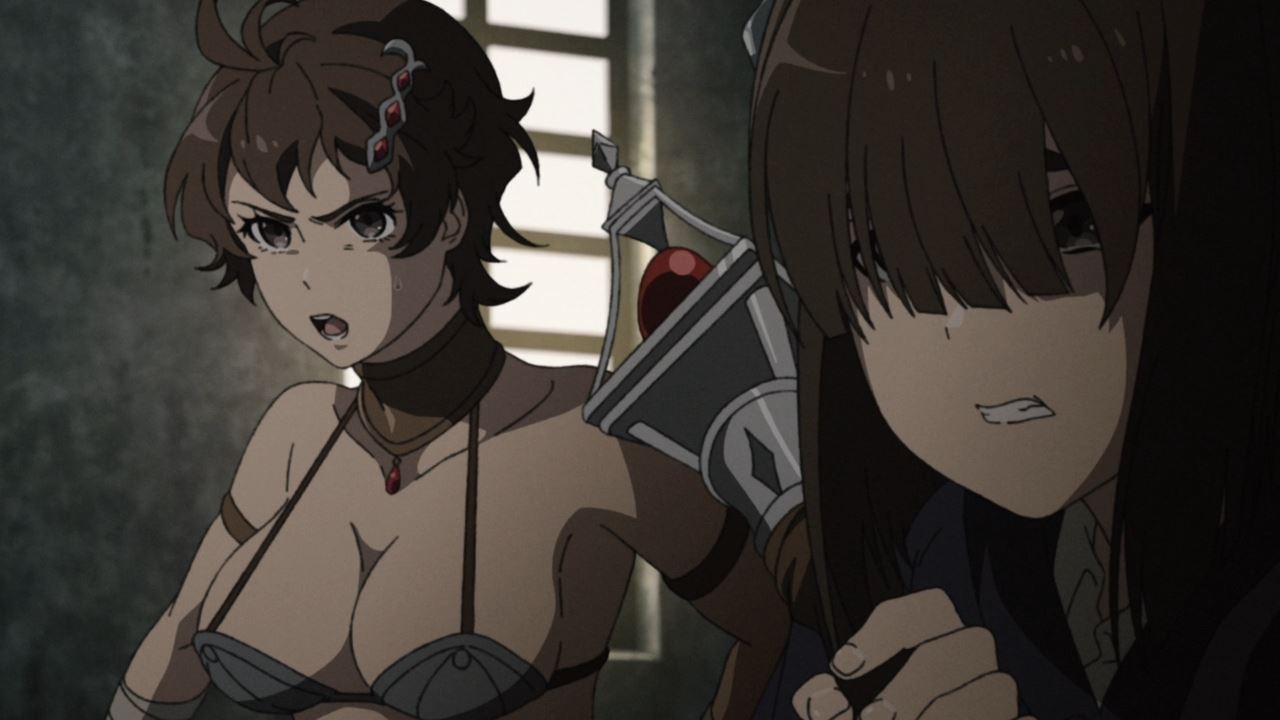 However, he’ll have to deal with more enemies with one of them wearing bikini armor. Well then, looks like Rudy will have a fun time dealing with a female warrior. 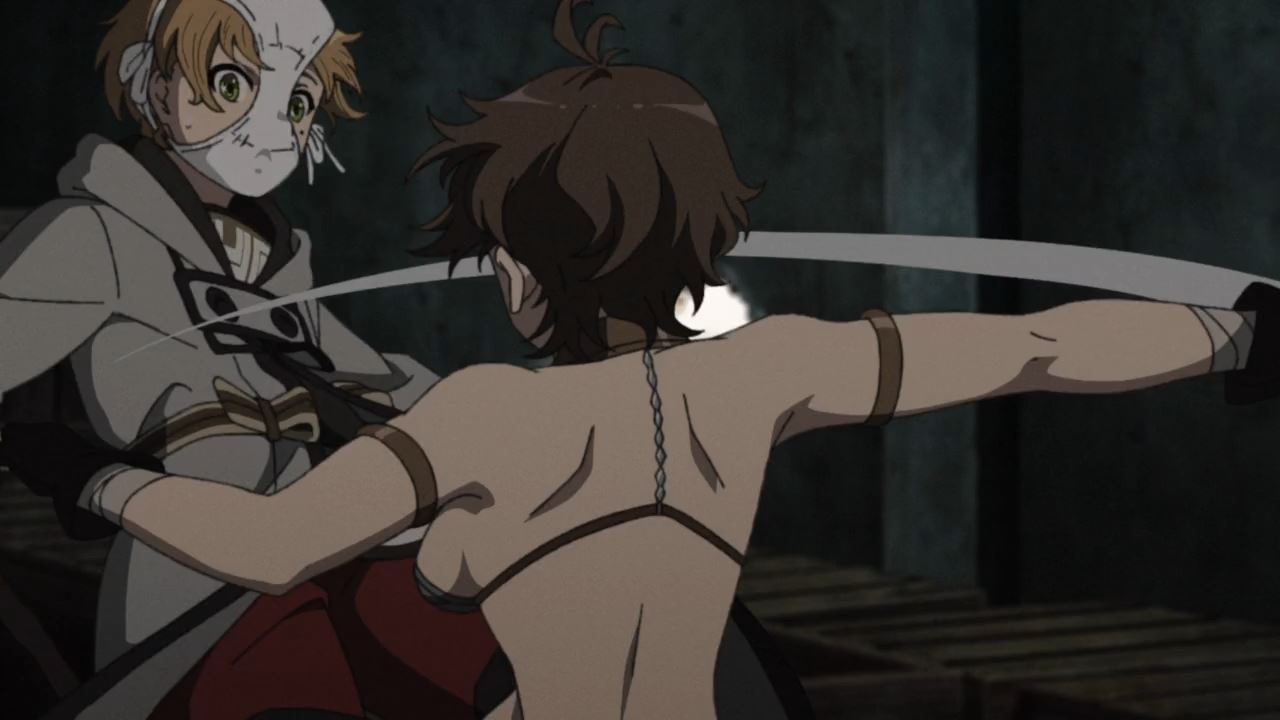 Then again, it’ll be hard for him to take her down, especially her bikini armor. Gotta say that Rudy’s libido has no bounds! 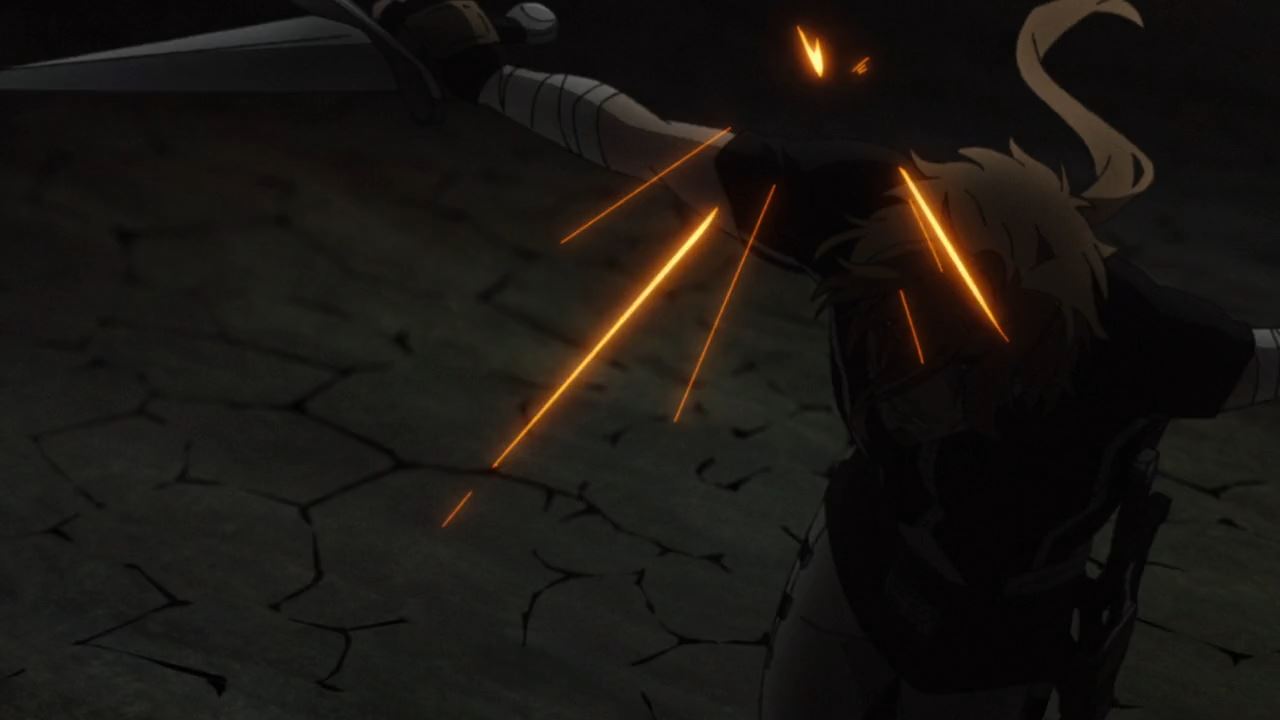 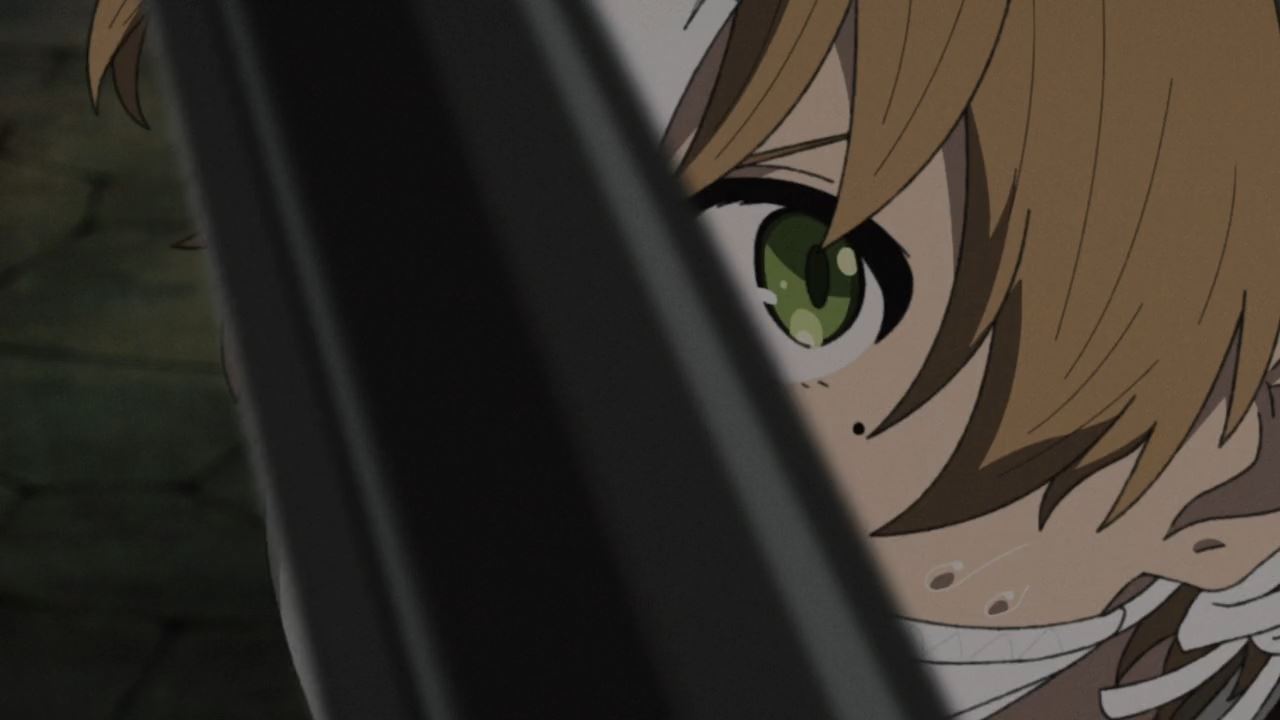 That’s until a familiar swordsman attacked Rudy from out of nowhere. Good thing Rudy managed to dodge it though. 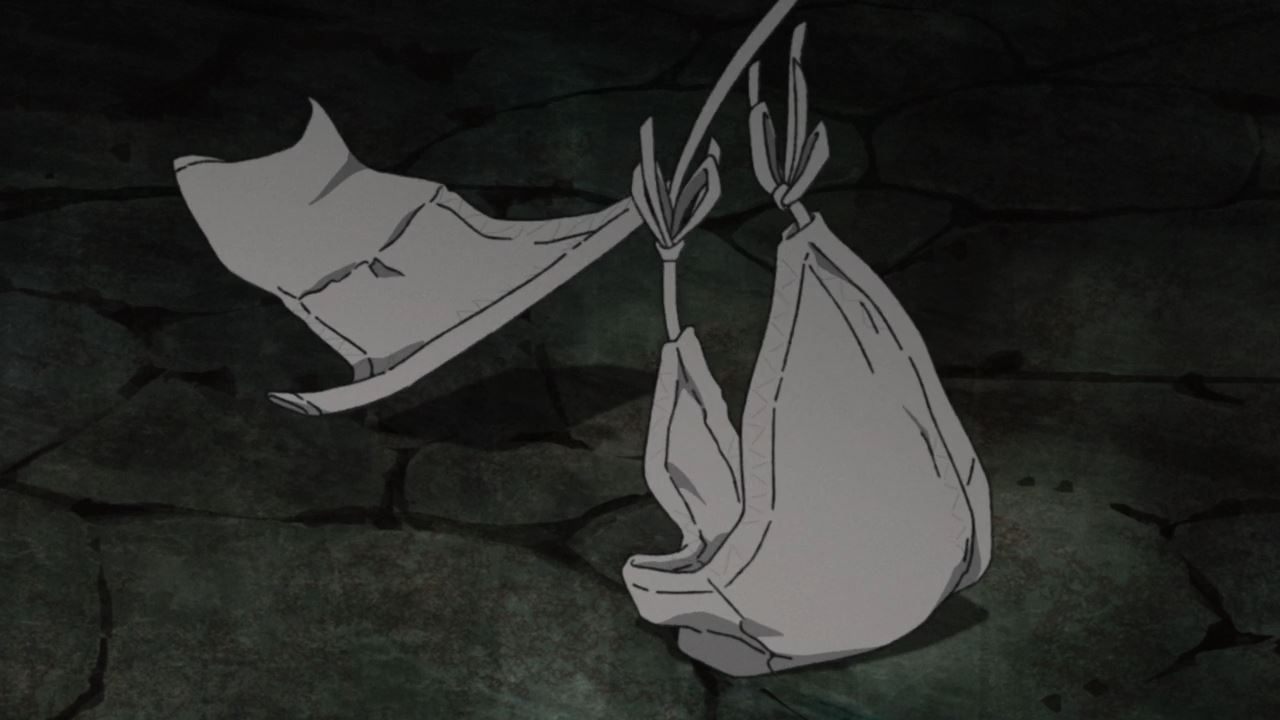 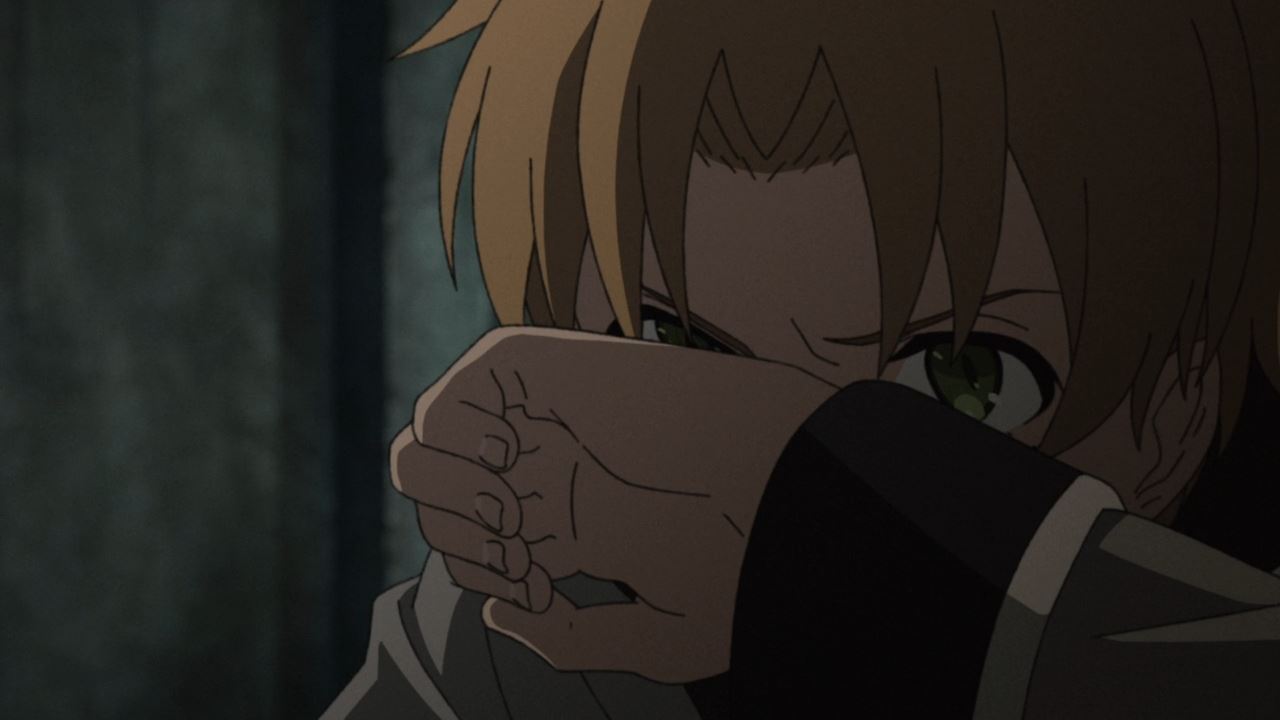 Anyways, Rudeus Greyrat was surprised that the mysterious swordsman is revealed. And really, it was a surprising one! 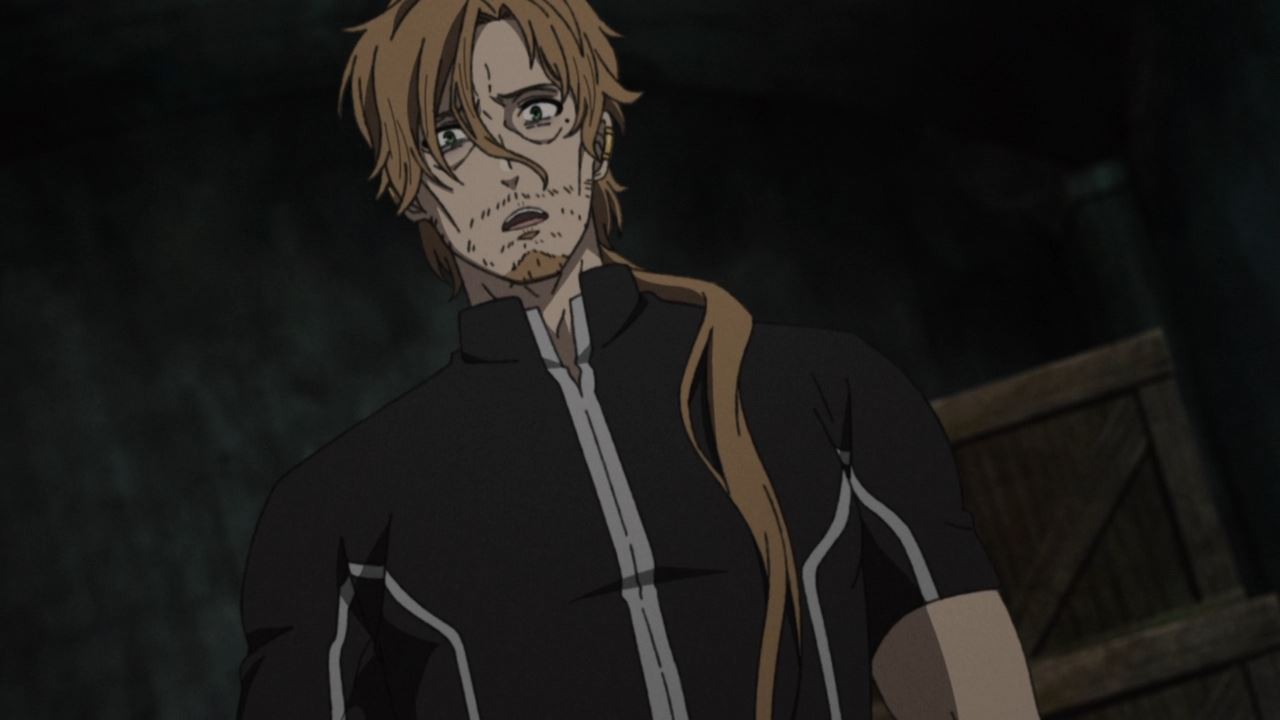 Turns out that it’s none other than Paul Greyrat where he was shocked to see Rudy again. Man, what an awkward reunion! 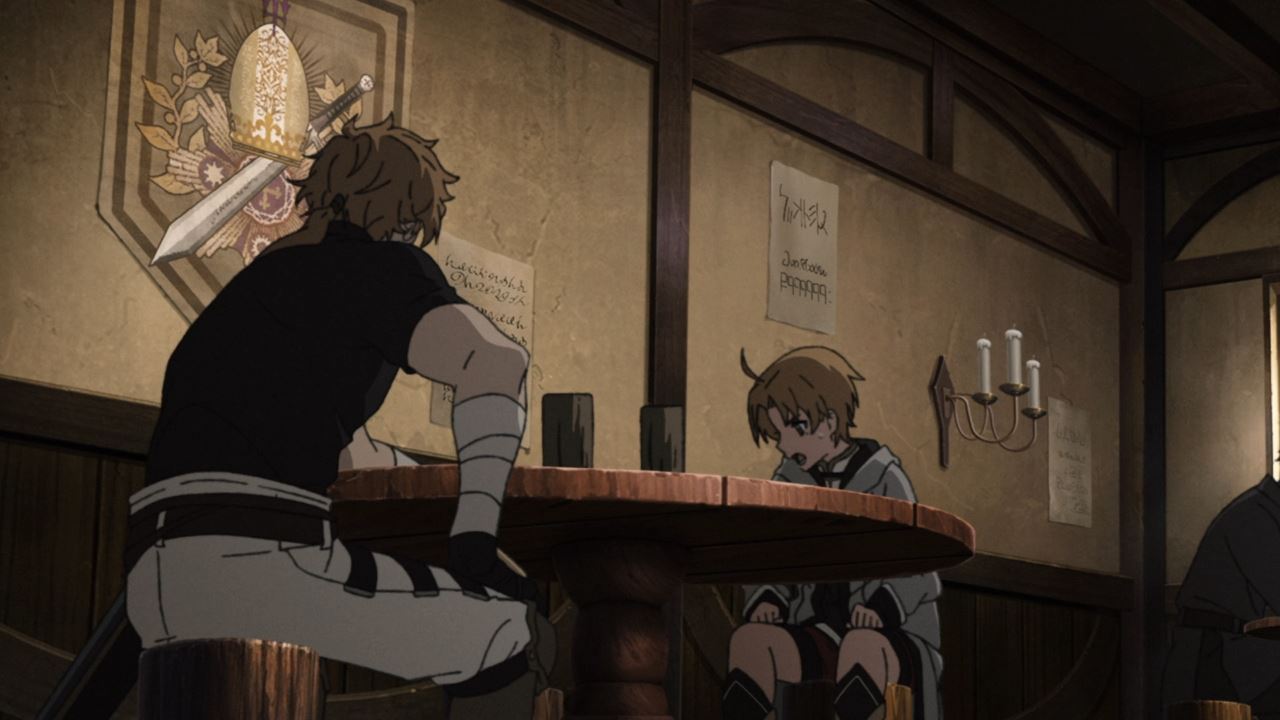 With that said, Rudy told Paul on how he and Eris got transported to the Demon Continent after the Mana Catastrophe, although he’s not thrilled by his son’s adventure as Paul suffered emotional pain after telling Rudeus that everyone in Fittoa got transported in various places, thus Paul and his band of adventurers are trying their best to rescue everyone.

Then again, it appears that Rudy managed to piss Paul off regarding his band of adventurers as he’s jokingly implied that he’ll have a new sibling soon since Paul is one lecherous dad. Um Rudy, you can’t tell that to a depressed man. 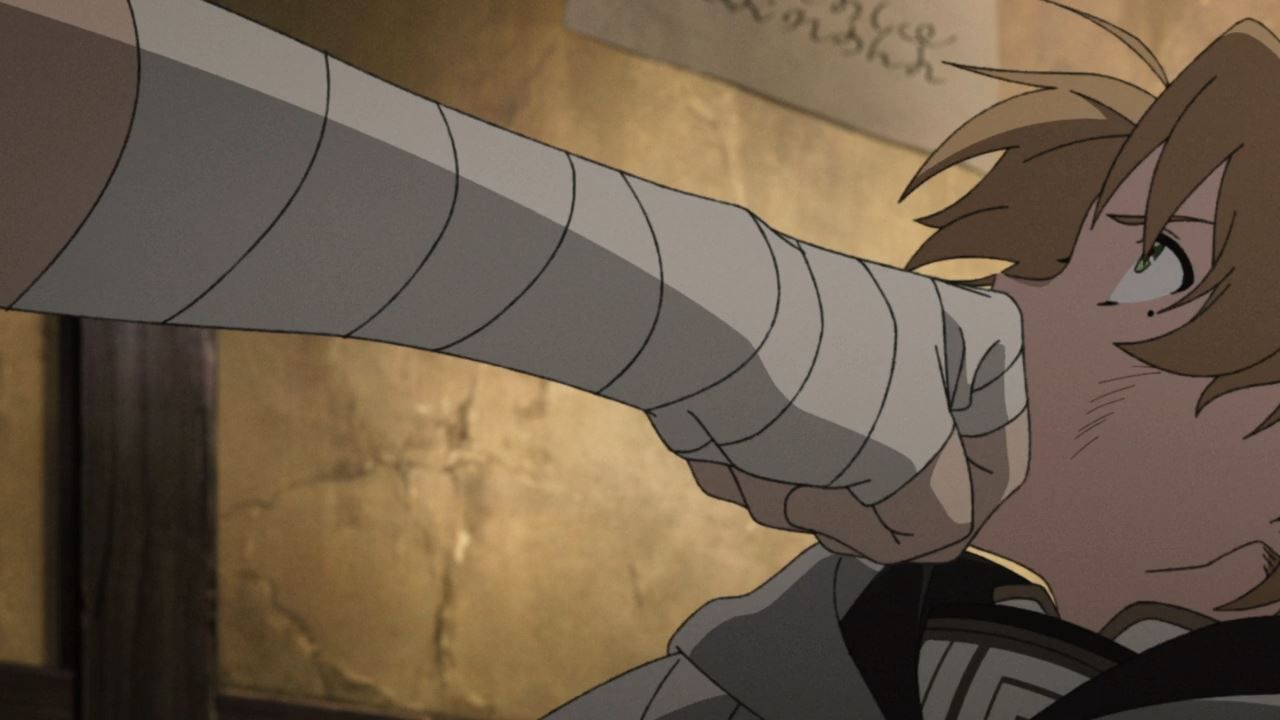 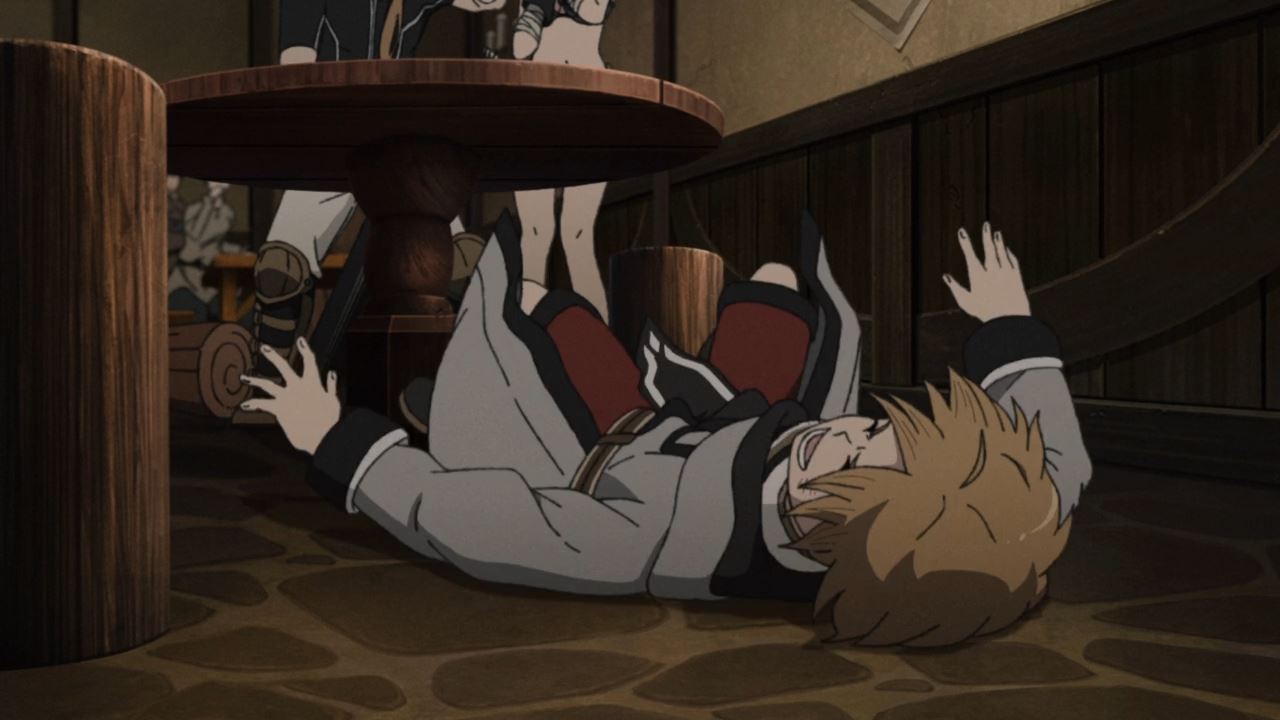 But yes, Rudeus Greyrat got a nasty punch to the face by his father. Well, it’s his fault for mocking his dad in the first place, but Paul is worried sick about his family every since the Mana Catastrophe happened, so his personality has dramatically changed. 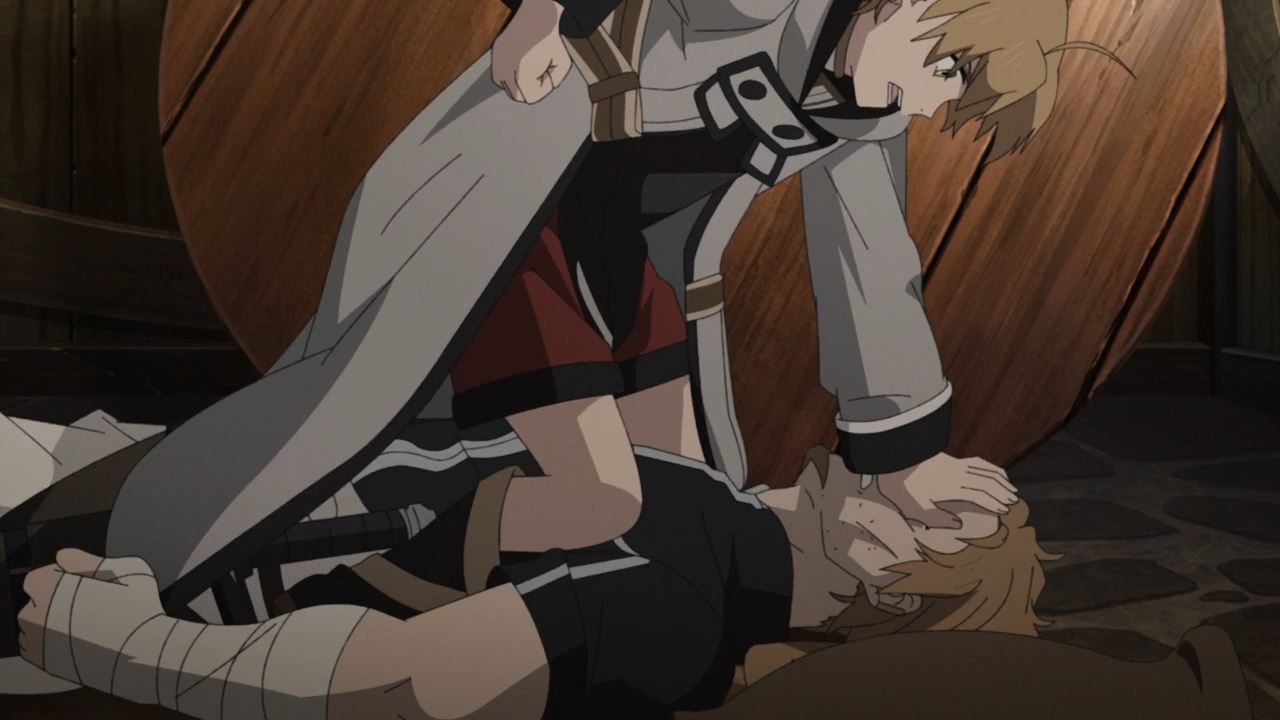 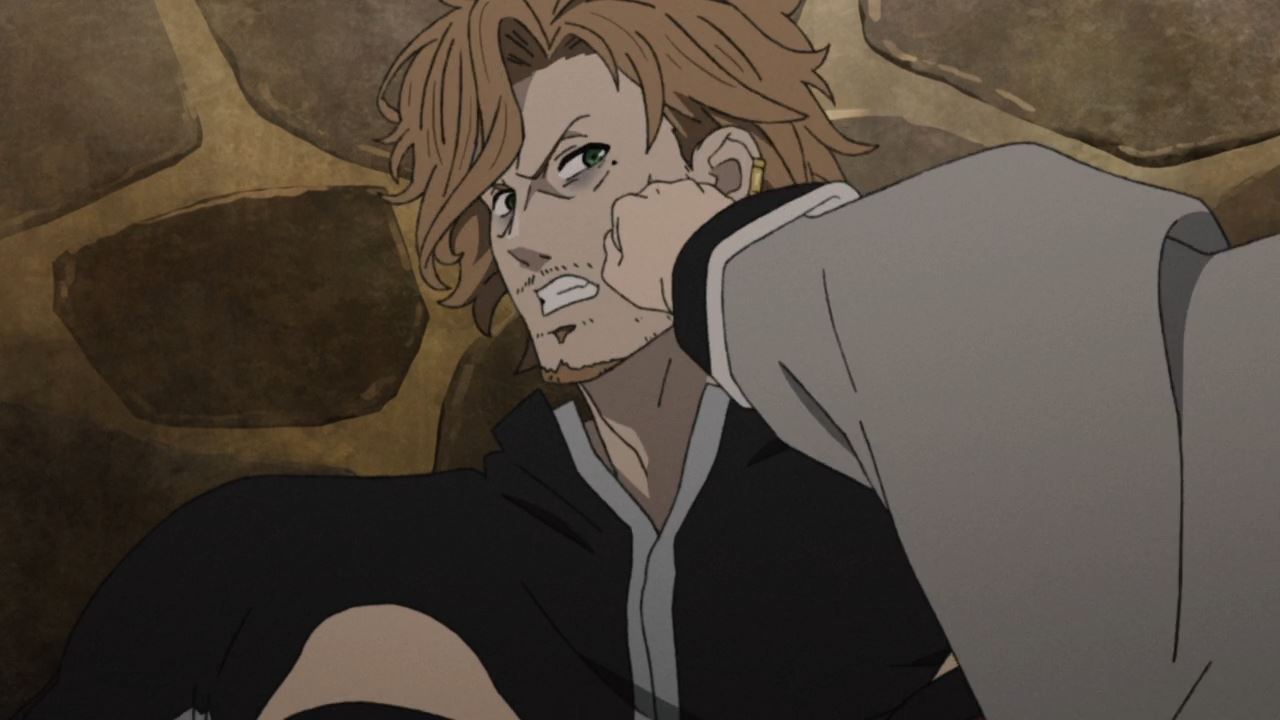 On the other hand, let’s not forget about Rudy’s hardship where he’s finding ways to keep Eris safe in the Demon Continent, therefore he retaliated and ground pound his dad for proving his point that he went through hell.

Seriously, if only Rudy didn’t make any snarky comments towards his father. And besides, Paul started to care about his family, compared to Rudy’s parents in his previous life where they don’t give a shit or even support him in the wake of being bullied at school. 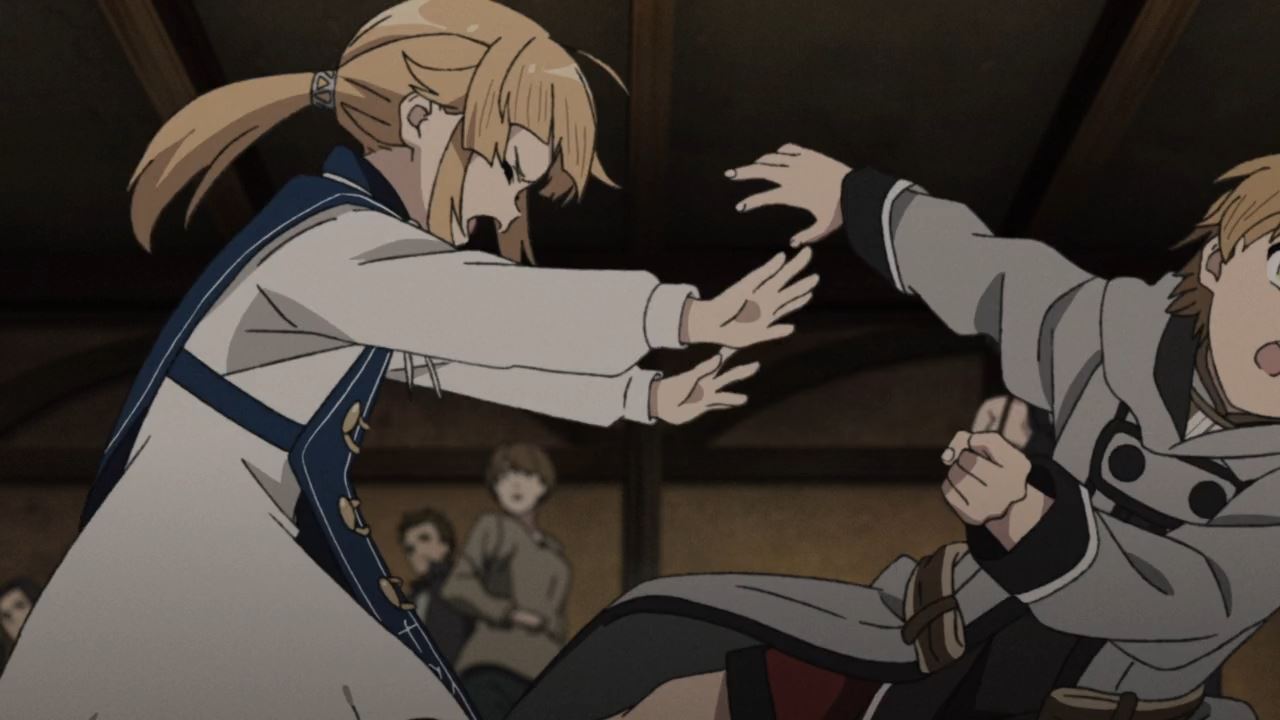 Anyways, the brawling has stopped when a girl pushed Rudeus away. And here’s the thing about this girl as it’s actually Paul’s second child Norn, now all grown up. 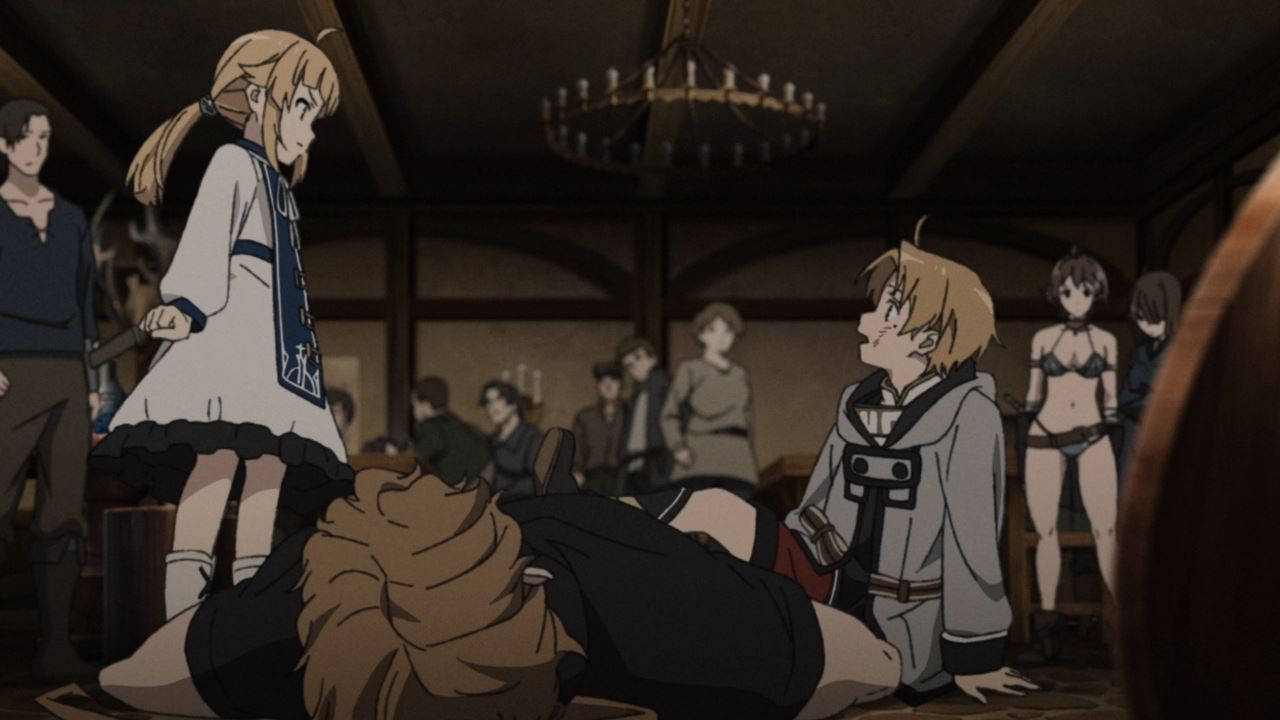 For Rudy, he’s shocked that his sister has finally grown, although Norn doesn’t recognize him as she sees Rudy as a bully to her father.

Honestly, I’m perplexed on how Norn (and possibly Aisha) grew up so fast when Rudeus and Eris disappeared in almost a year. 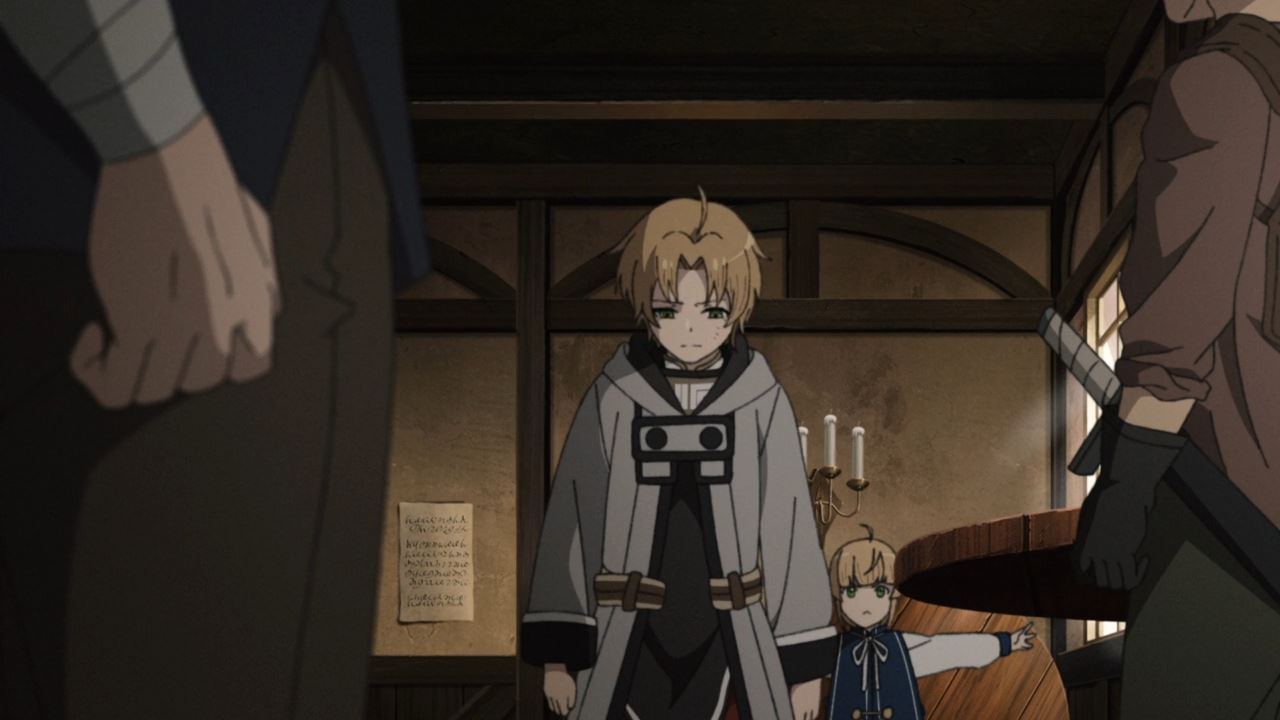 But still, Rudy paints as the enemy to everybody as he beat up an old man even though Paul threw the first punch, therefore he takes his leave and possibly never to return again.

Honestly, while I blame Rudeus for mocking his father, I think they shouldn’t act like jackasses and understand each other. 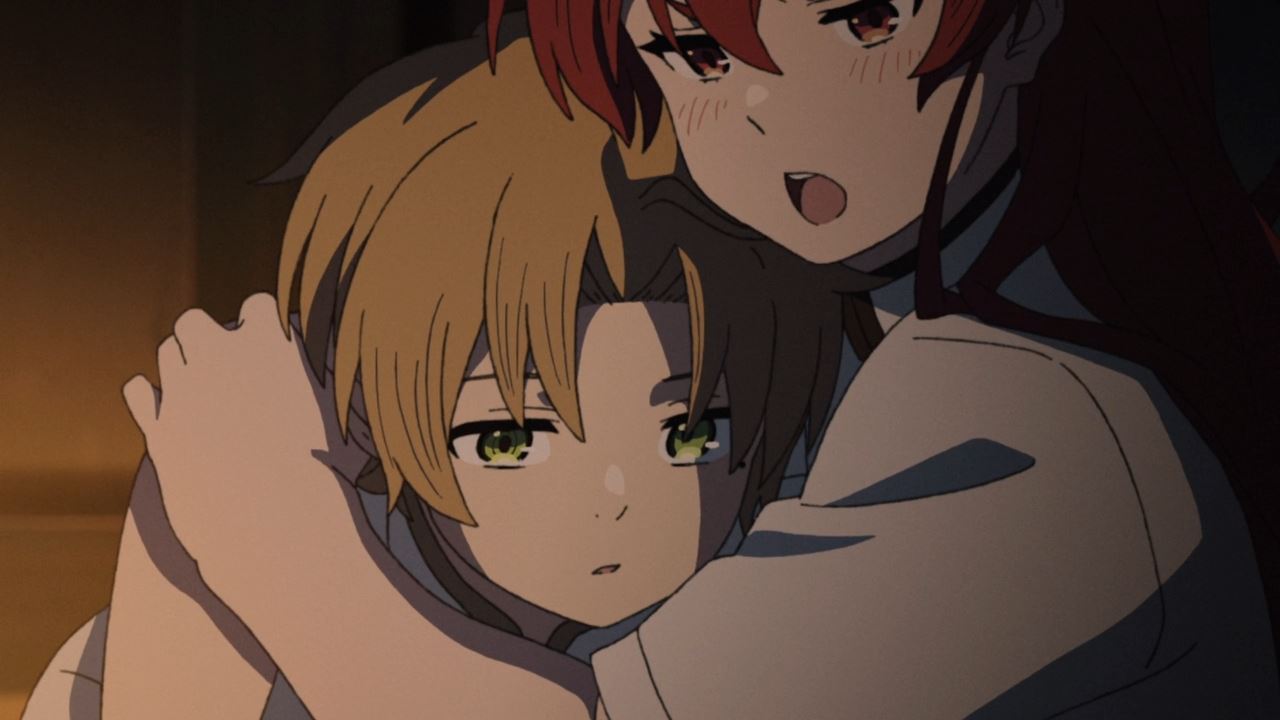 For now, Rudy will have to reassess himself as he’s being comforted by Eris. No, she’s not gonna do any sexual favors ’cause Rudy is not in the mood.

Anyways, that’s about it for this episode and while I’m hoping that Rudy and his father would reconcile, I’m worried that outside forces might make it worse. With that said, I’ll see you next time!