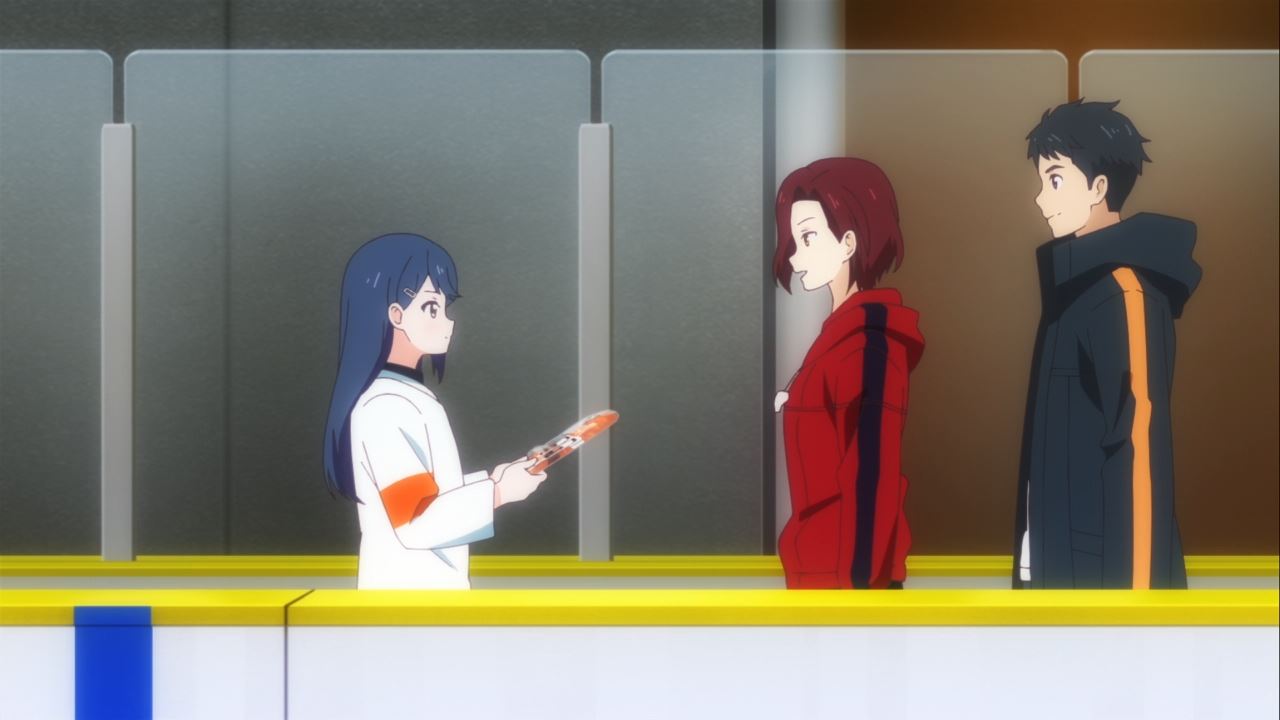 It’s time for Yu Kiyose to receive her uniform as she became an official member of the Nikko Dream Monkeys. Let’s hope that Yu-chan will stick around instead of having a hissy fit. 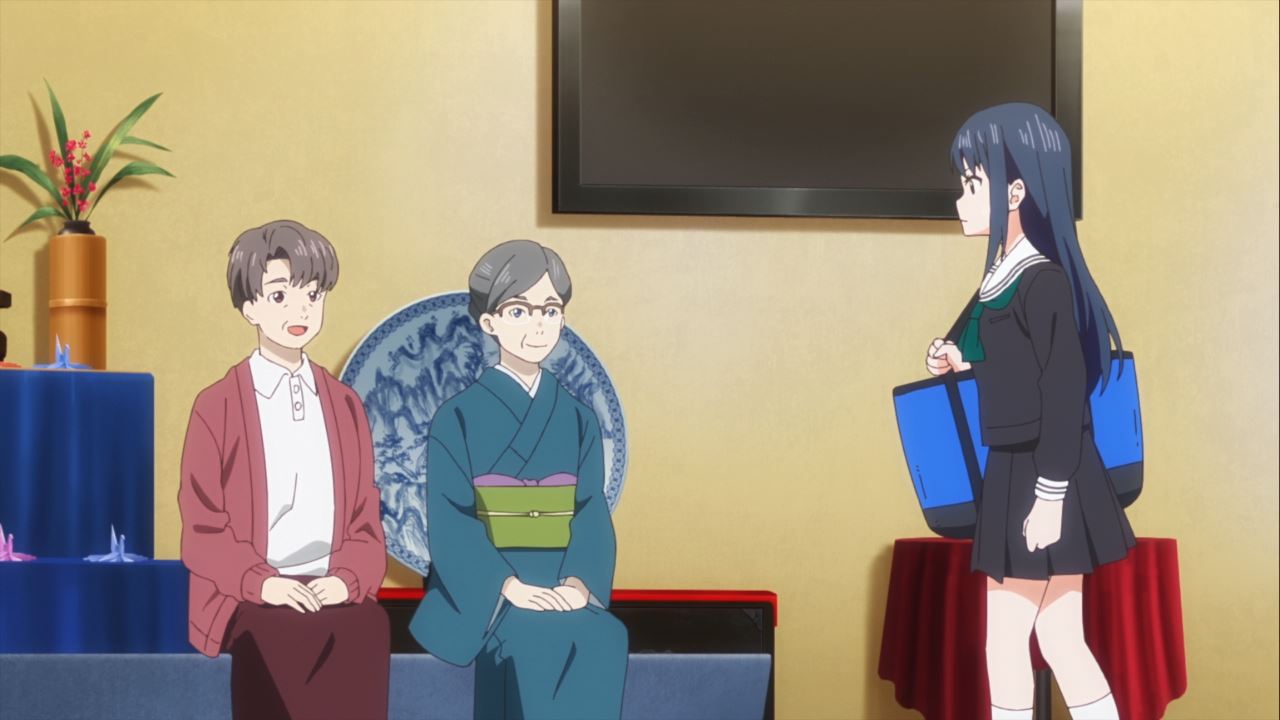 Now then, Yu-chan went to the Mizusawa residence where she found out that her grandmother knows Manaka and Ayaka’s grandmother for a long time.

All I can say that both Yu Kiyose and Manaka Mizusawa are fated to meet each other. Just kidding… 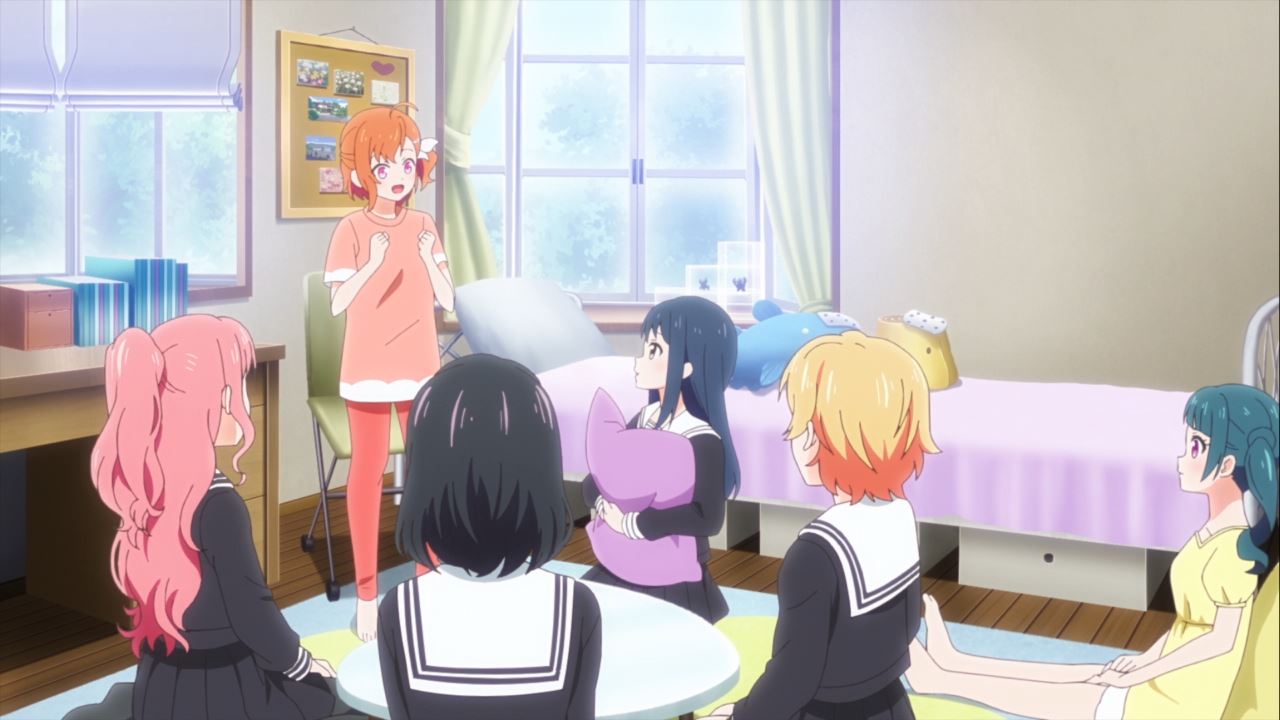 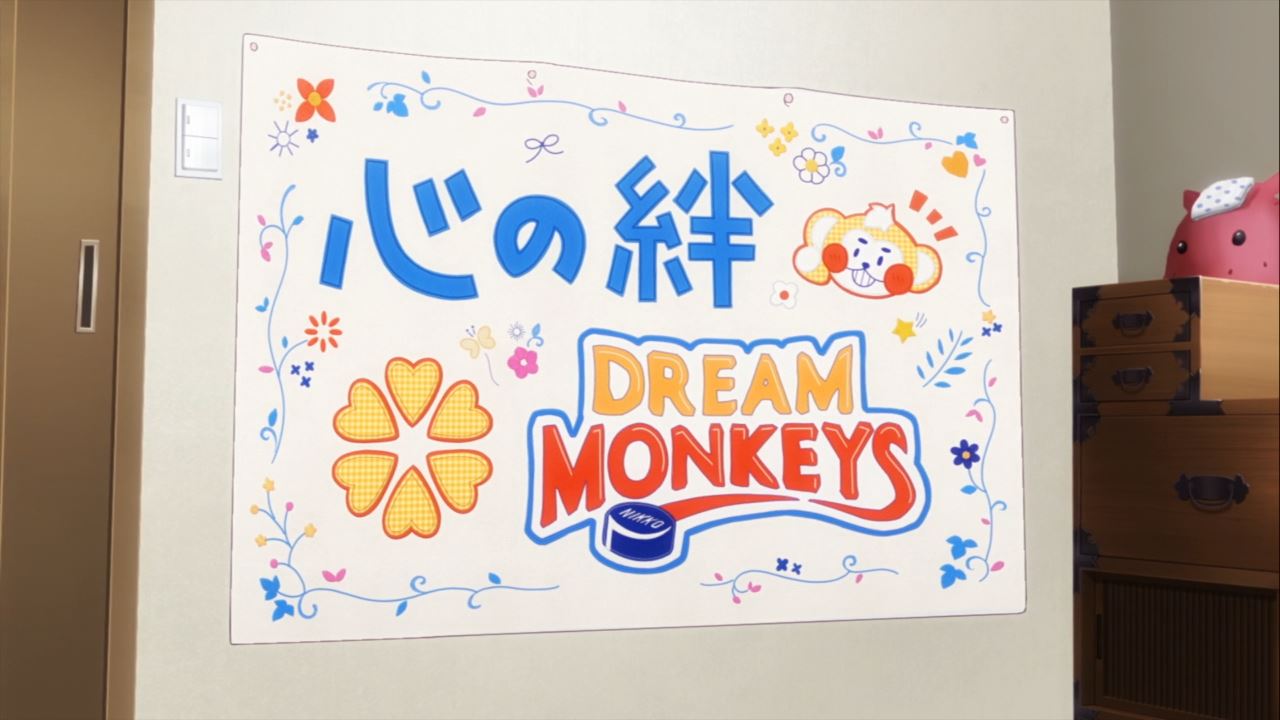 Well, half of it as they have “The bonds of our hearts” which they used it during their first real match. Oh, and they used that banner again to say farewell to their old friend Mami Ono.

With that said, Yu Kiyose suggested to add “connect the puck” to that sentence, which is a great idea as their hearts are connected through ice hockey. 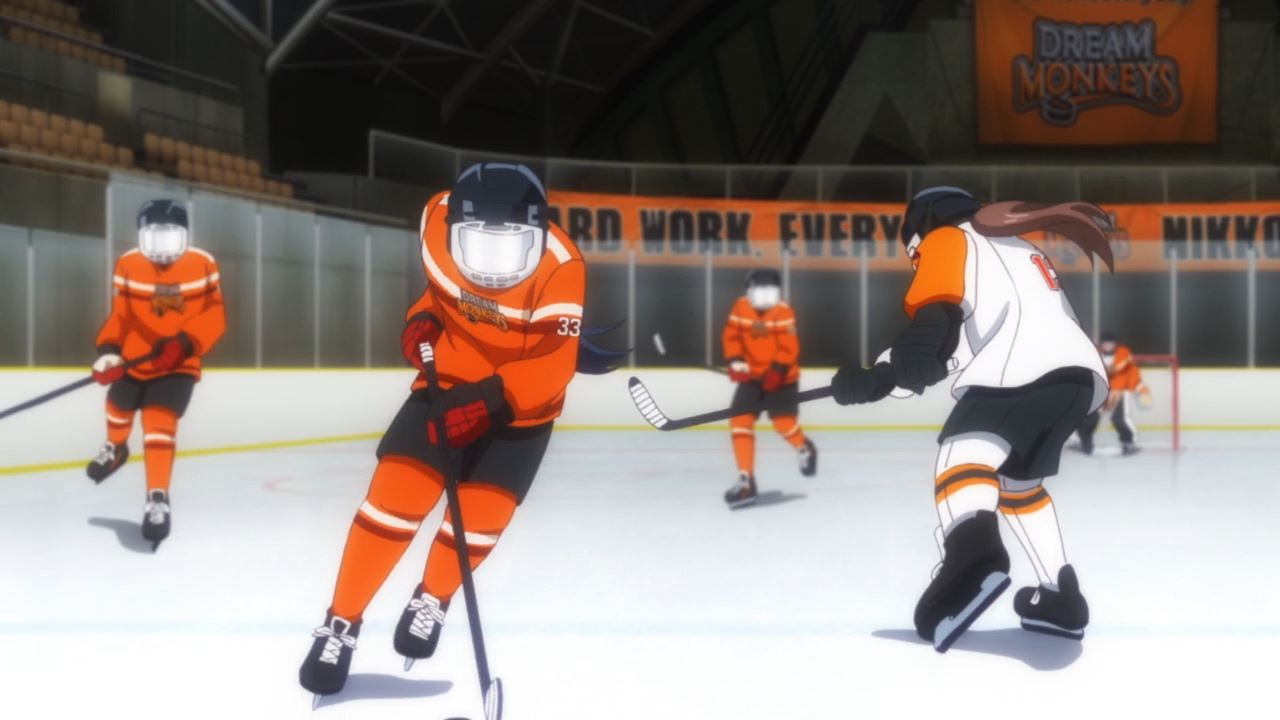 Now then, it’s time for another practice match where the Nikko Dream Monkeys will face the Ice Bucks. Led by the legendary coach Takahito Suzuki, the Ice Bucks are the strongest team in the league.

Of course, the Dream Monkeys will have to win games in order to be promoted into Division A but for now, they must prove themselves that they’re ready against stronger teams. 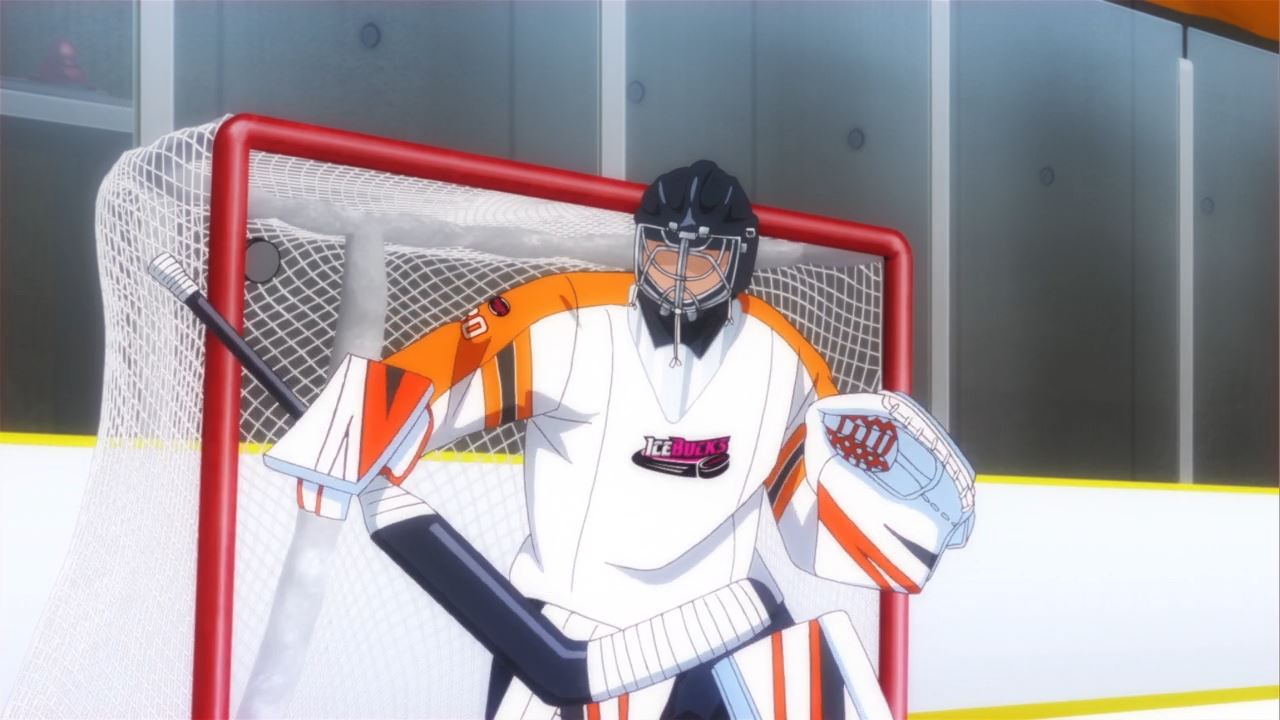 Then again, it appears that this is a Yu Kiyose show where she carries the entire team by herself. Um Yu-chan, this is a team sport! 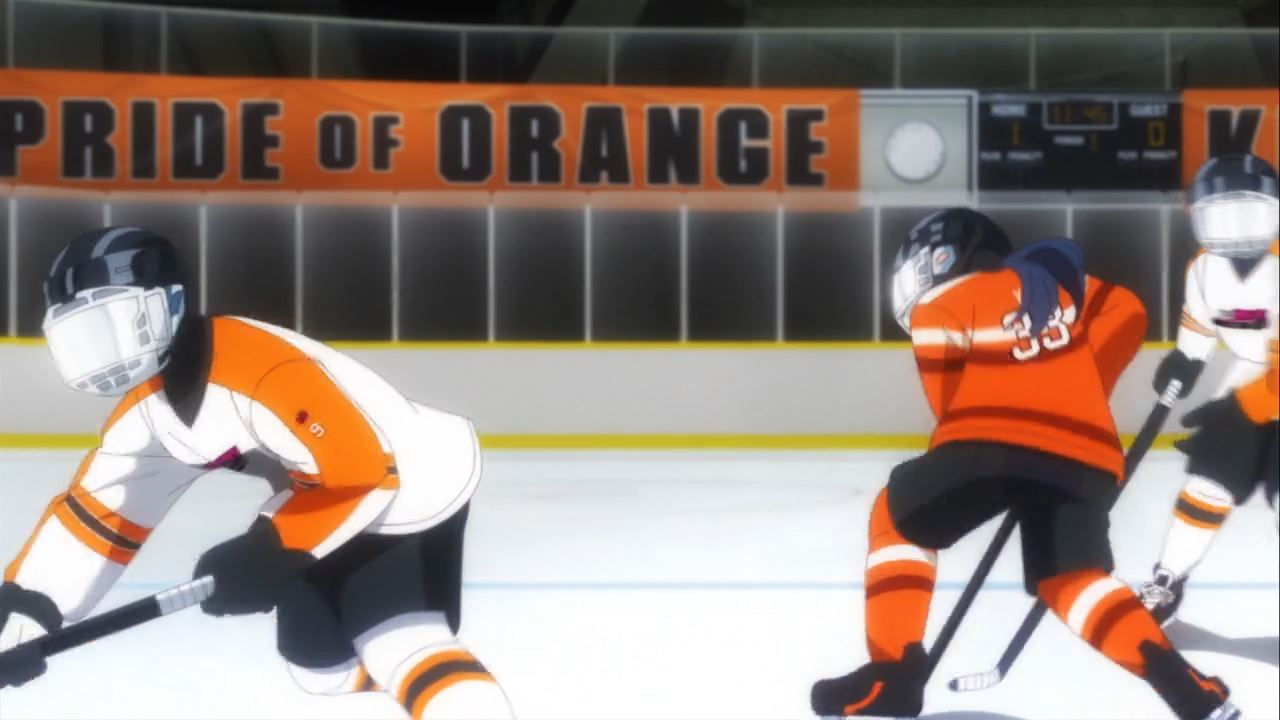 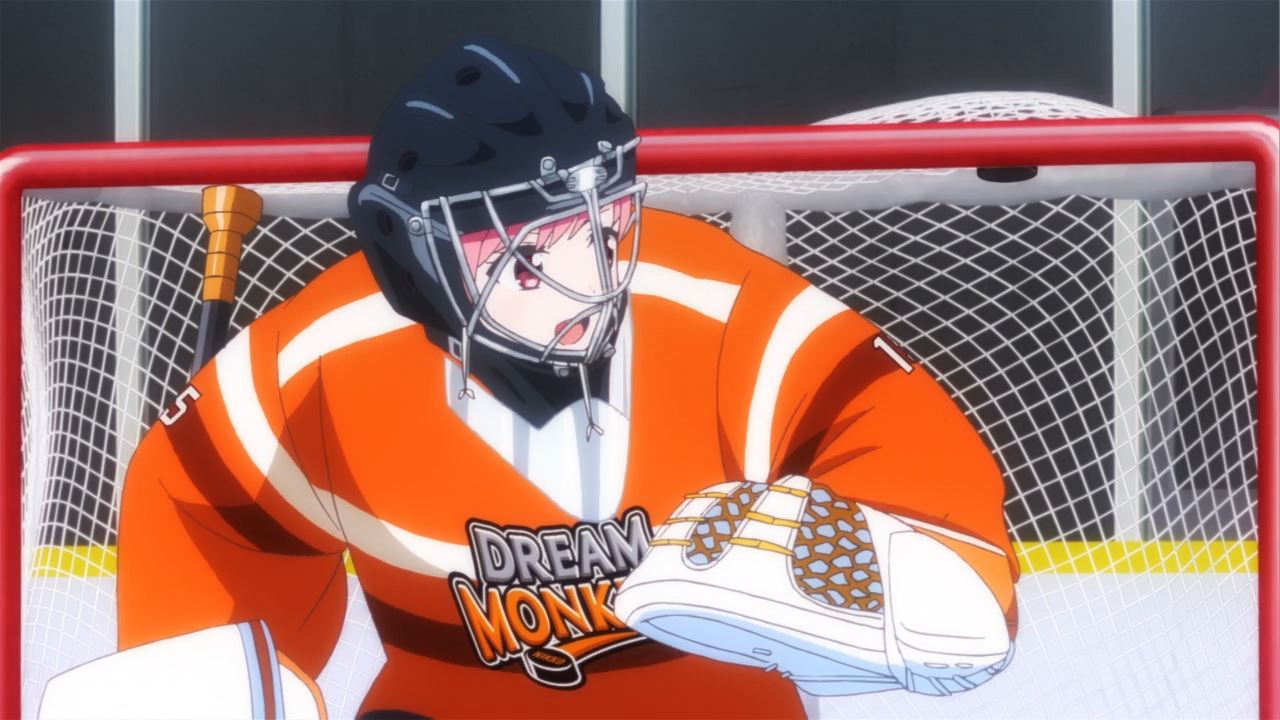 Unfortunately, the Ice Bucks are aware of Kiyose’s capabilities that they decided to steal the puck from the ace and score a comeback goal. I’m hoping that Kaoruko Yanagida won’t get fazed by the opposing team ’cause they’ll get better on the next period. 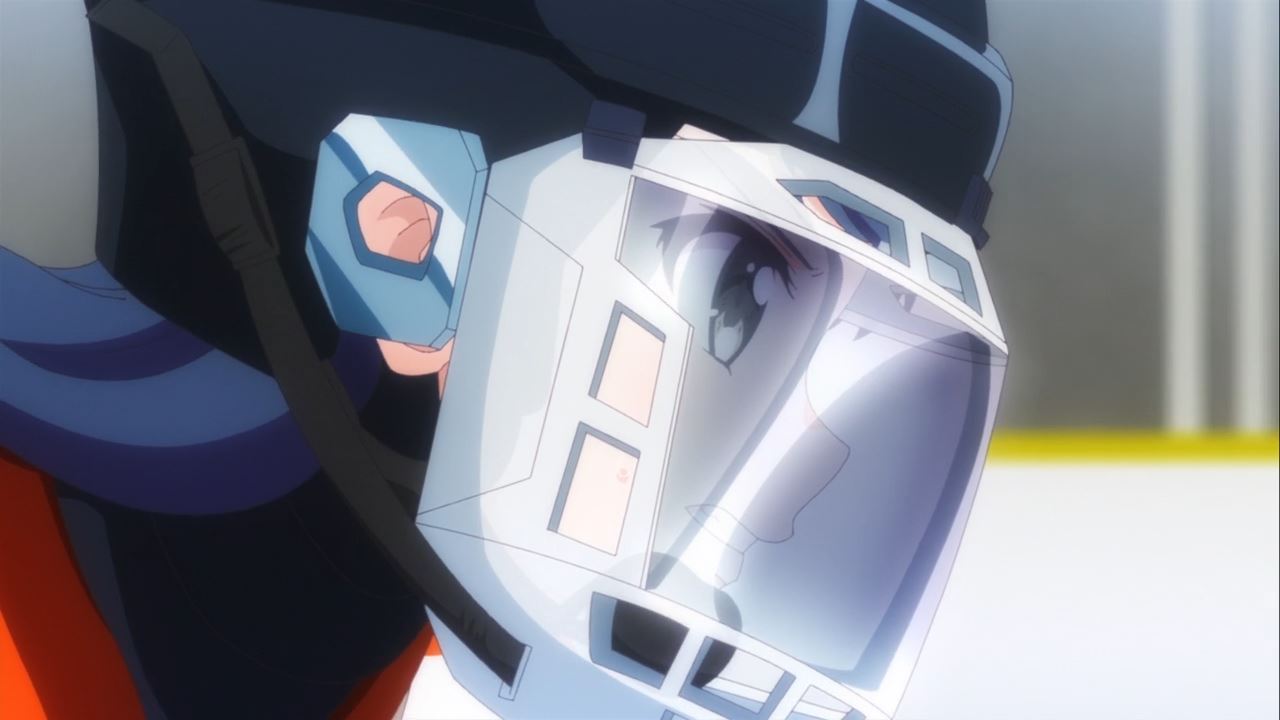 Now on the 2nd period where Manaka Mizusawa calls Yu Kiyose to pass the puck to her, but it appears that her old habits are returning as she’s losing composure. 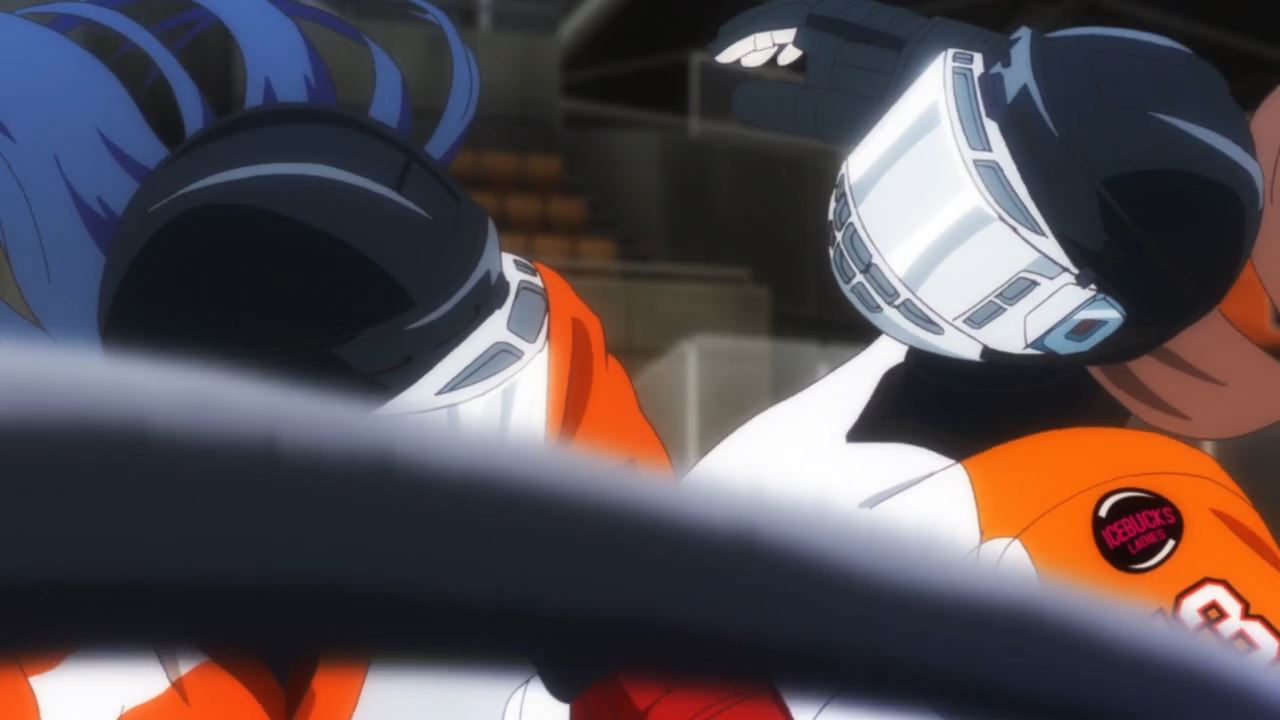 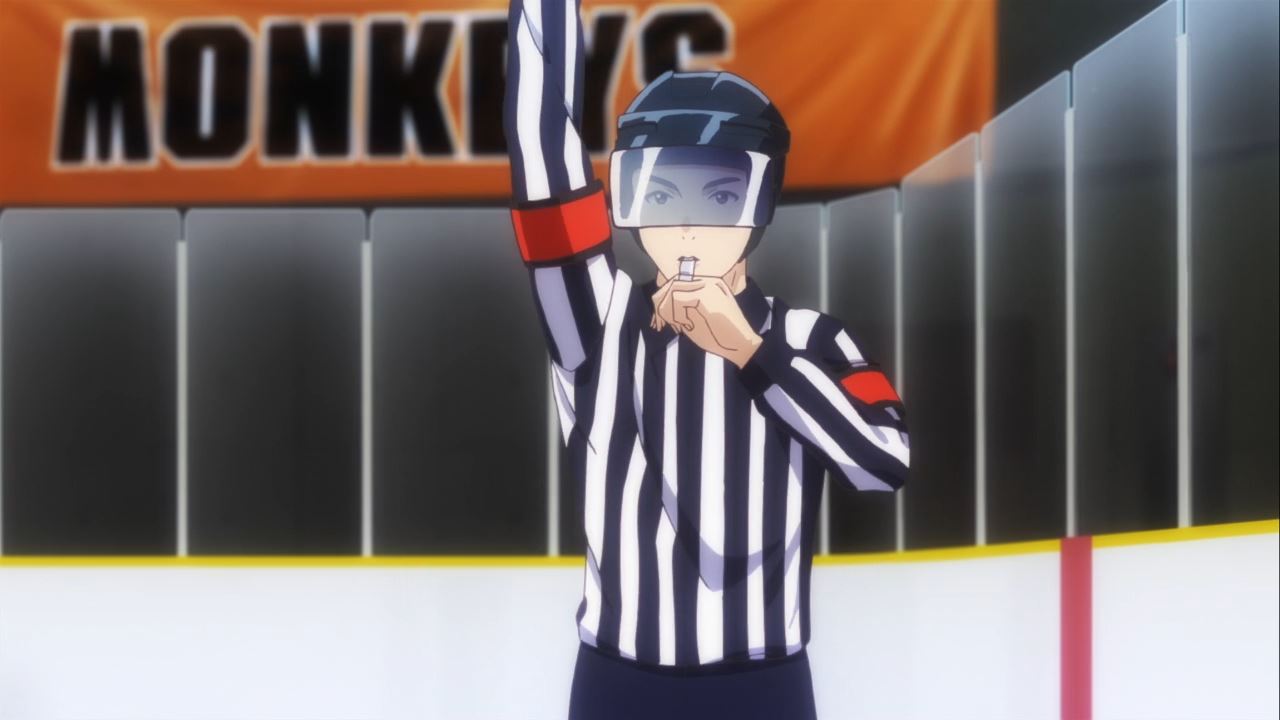 This culminates in an elbowing violation where Yu-chan was put on the penalty box for the remainder of the 2nd period. Honestly, she should have pass the puck in the first place rather than carrying it. 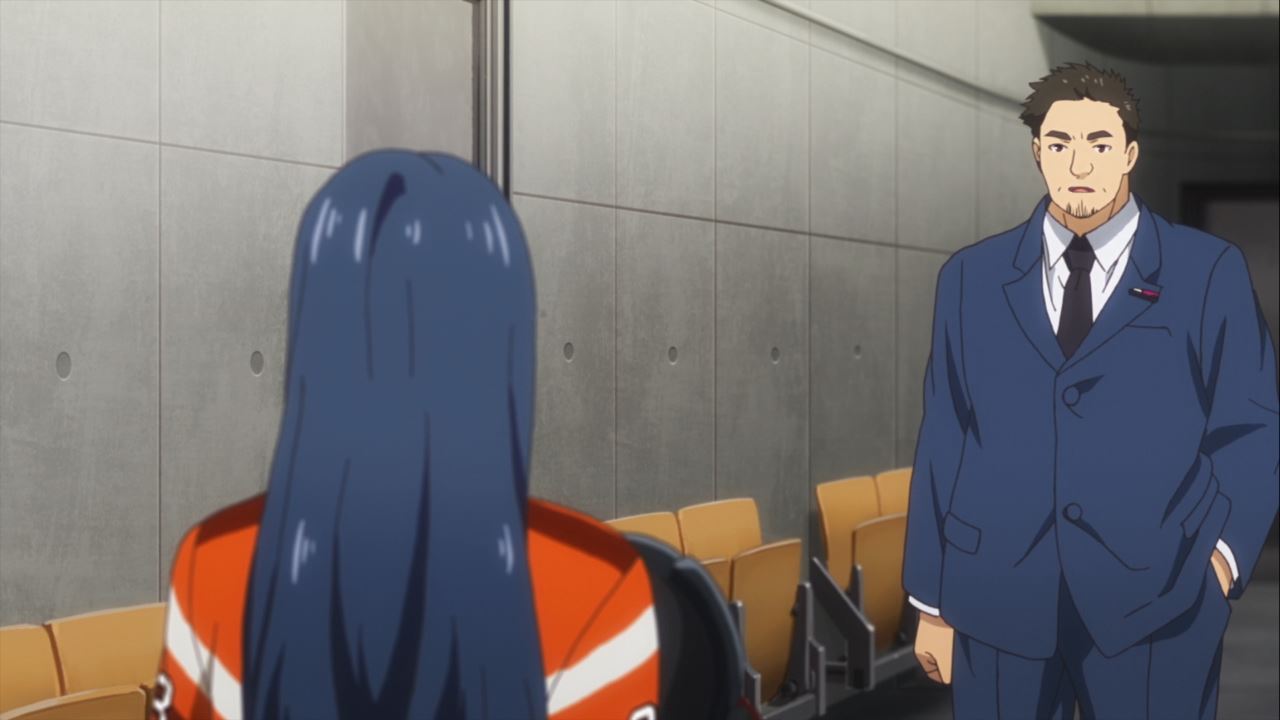 Oh yeah, here’s Coach Suzuki reminding Kiyose that ice hockey is a team sport, therefore she should swallow her pride and trust her teammates. 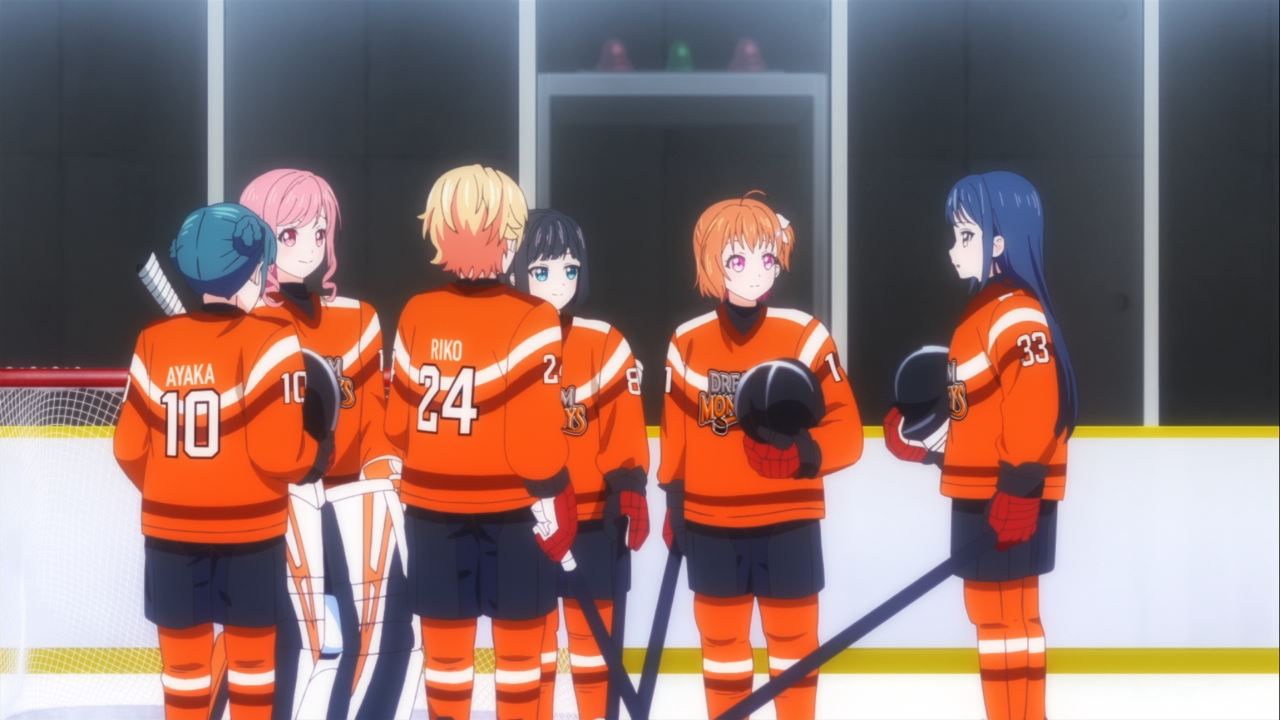 And speaking of Yu-chan, she apologized for not putting her faith to the likes of Manaka Mizusawa and Riko Saginuma. Well then, let’s hope that they can somewhat turn this match around. 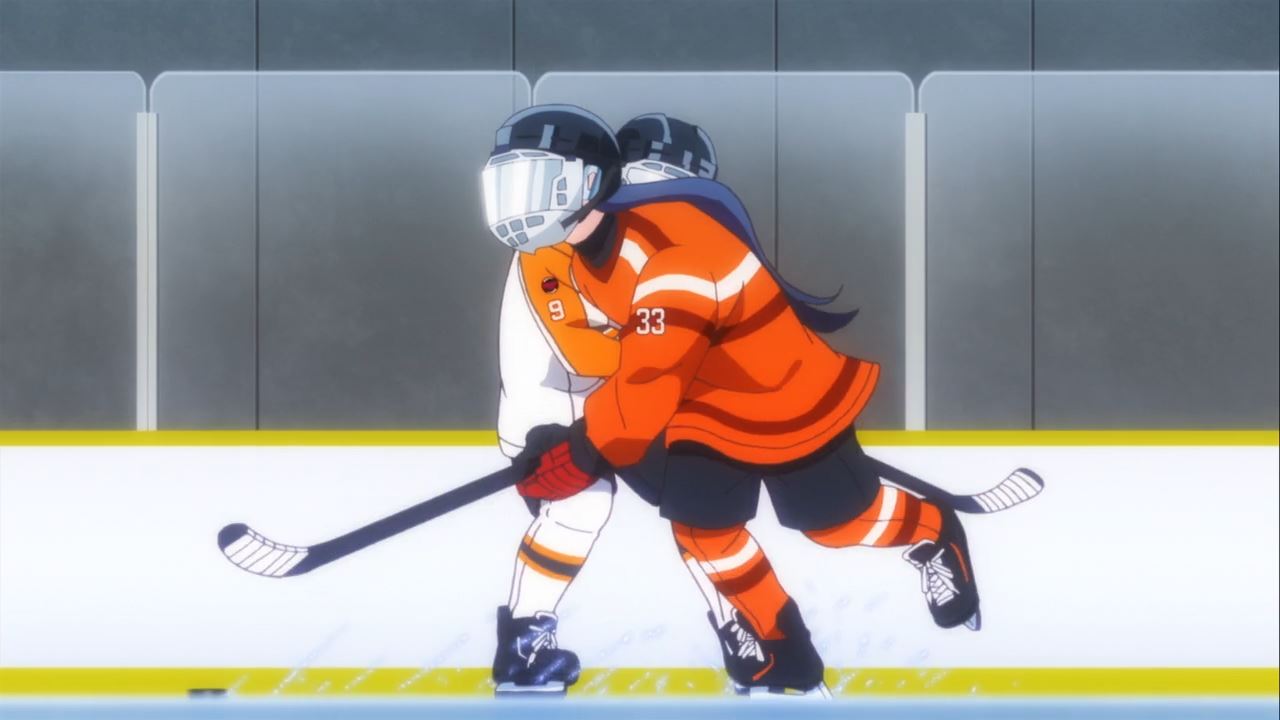 Now let’s move onto the 3rd period where the Nikko Dream Monkeys must score another goal. And this time, Yu-chan won’t carry the game by herself as she has her teammates to back her up. 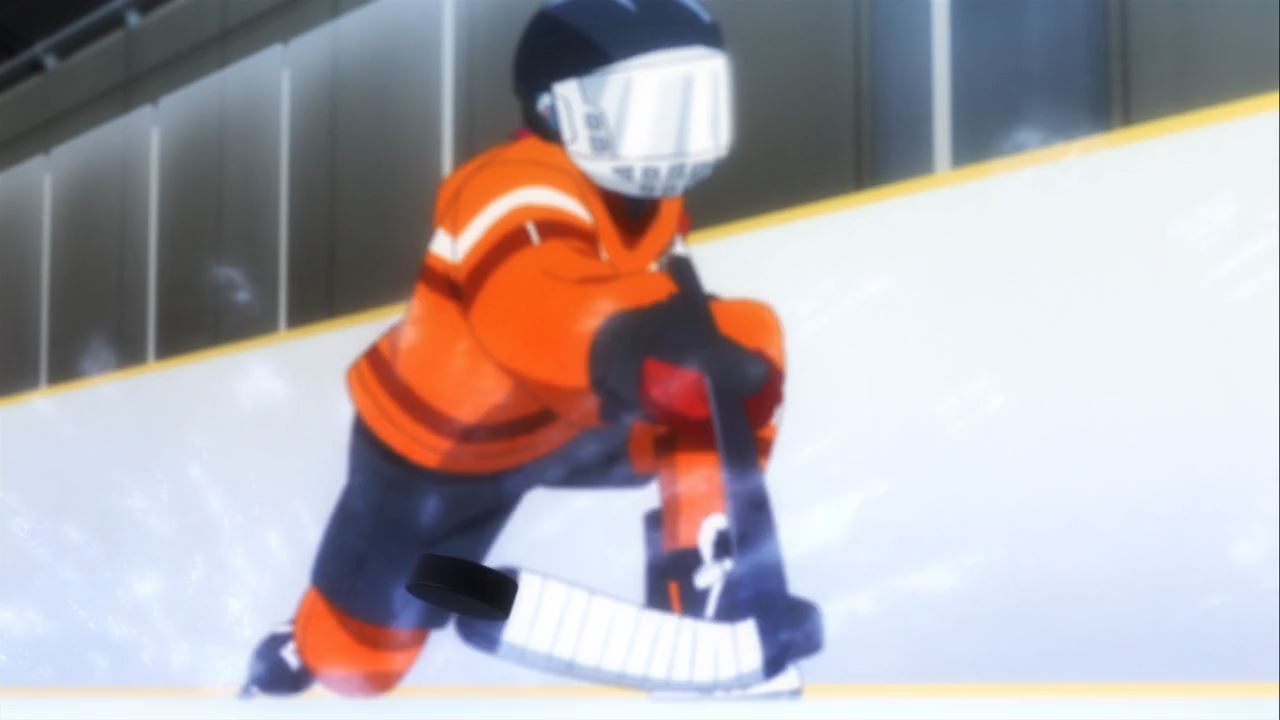 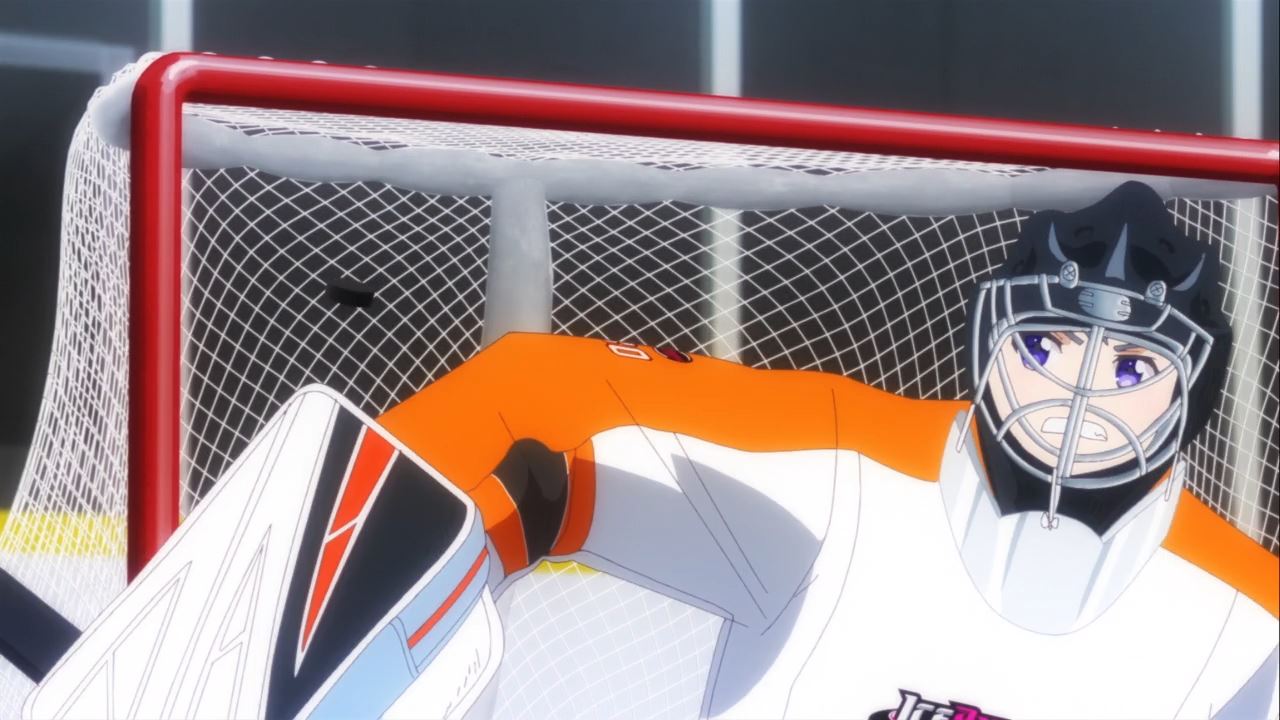 Speaking of Yu Kiyose, she pass the puck to Manaka Mizusawa to score another goal against the Ice Bucks. And really, I’m really glad that the Dream Monkey’s motto is applied on this crucial moment. 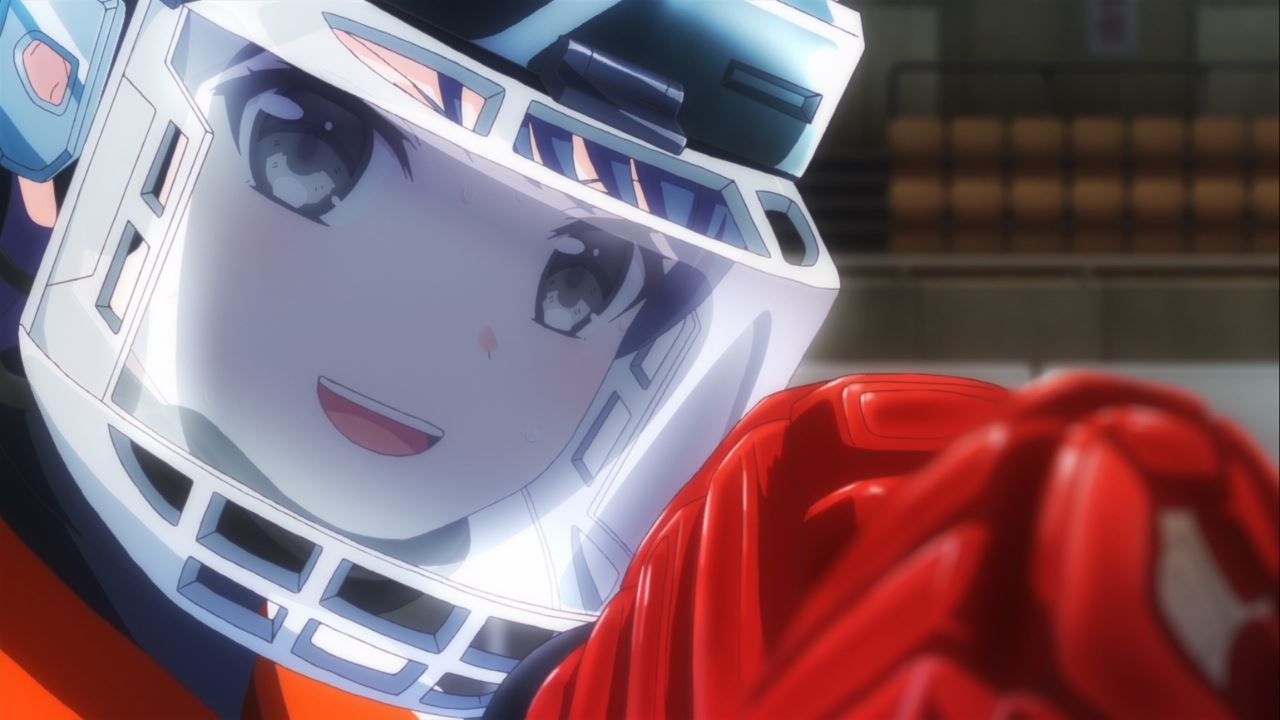 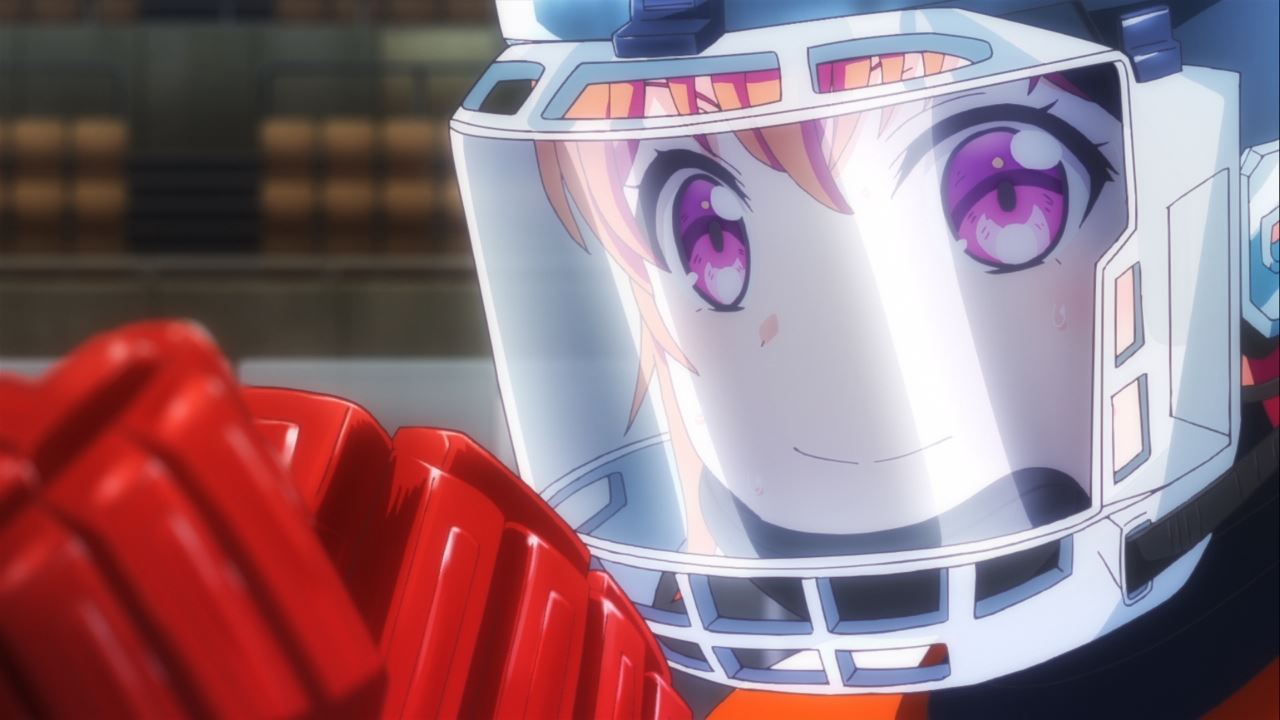 Anyways, Yu-chan thanked Manaka for that splendid goal in the 3rd period. Really glad that Kiyose changed her ways thanks to her new teammates. 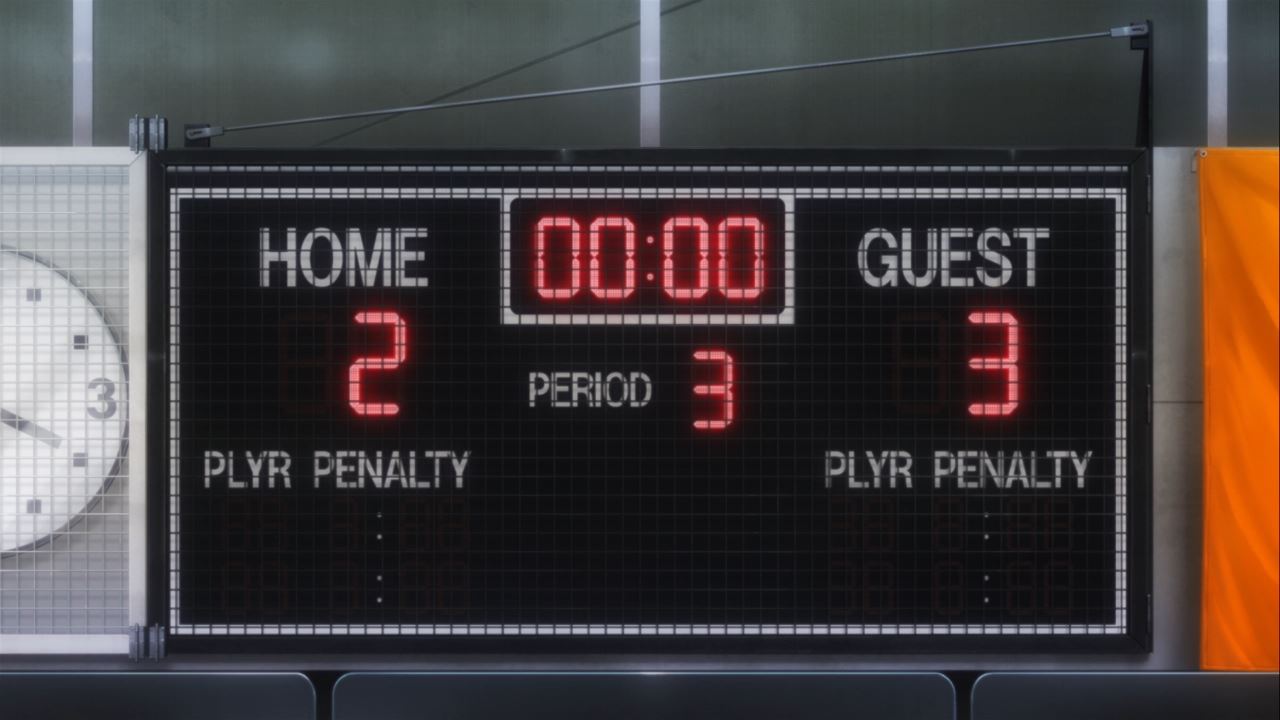 Sadly, the Ice Bucks won over the Dream Monkeys with the score of 3 – 2. But that doesn’t matter because Manaka and the rest improved quite a bit compared to their previous game. 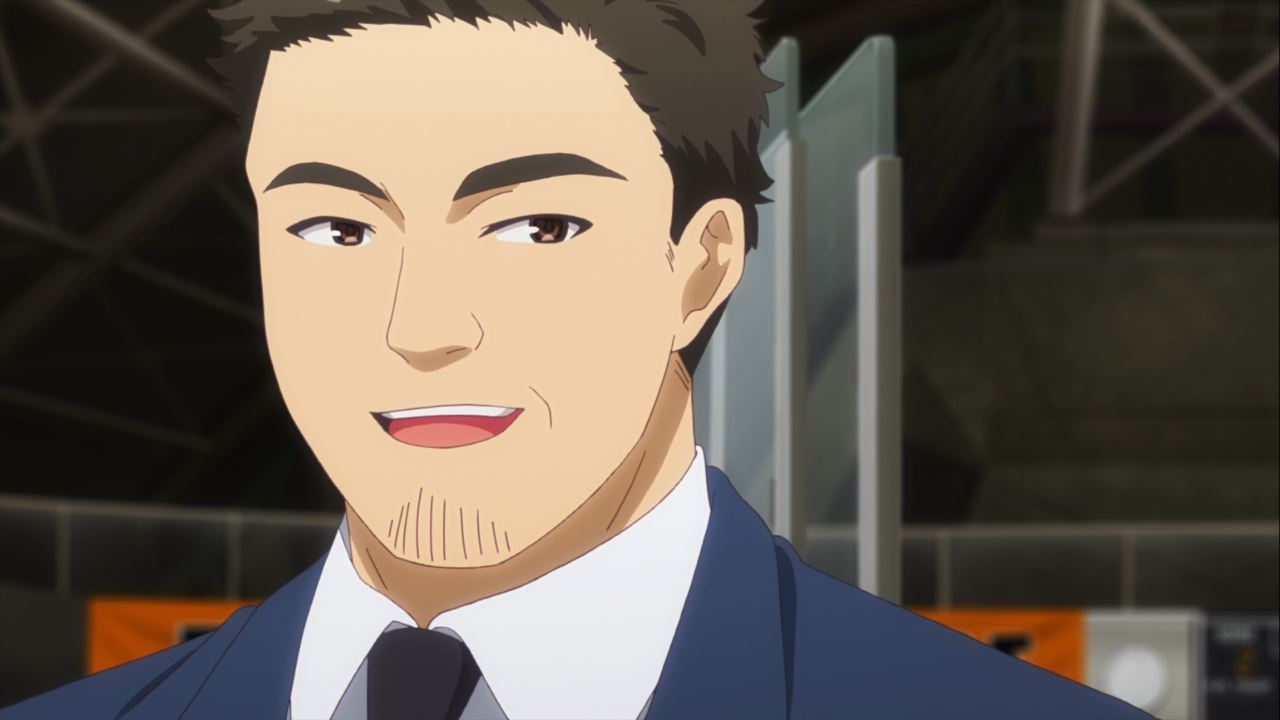 For Coach Takahito Suzuki, he’s looking forward to play with the Dream Monkeys again as they’re poised to become one of the top contenders in the future. 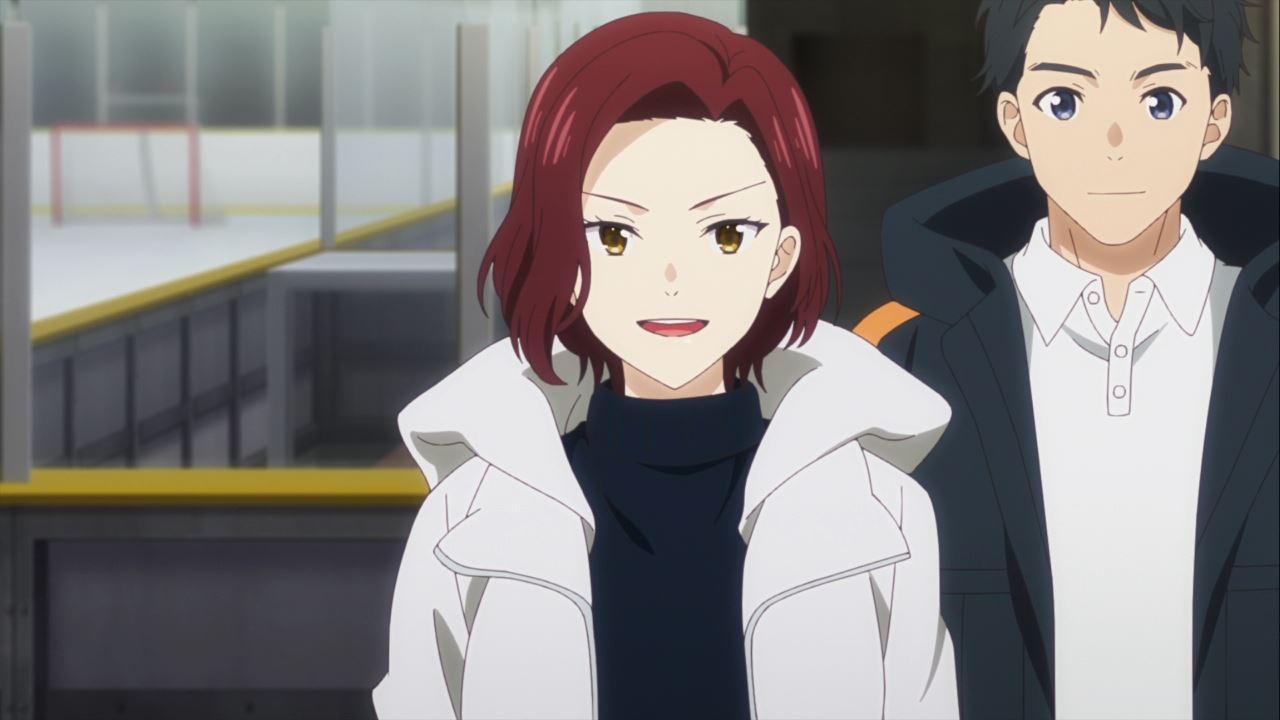 Of course, both Yoko Matsunaga and Sou Satou will work hard to make their team better the next time they meet again.

But that’s about it for this episode where Yu Kiyose changed dramatically from being a loner to a team player. However, we’re not done yet! 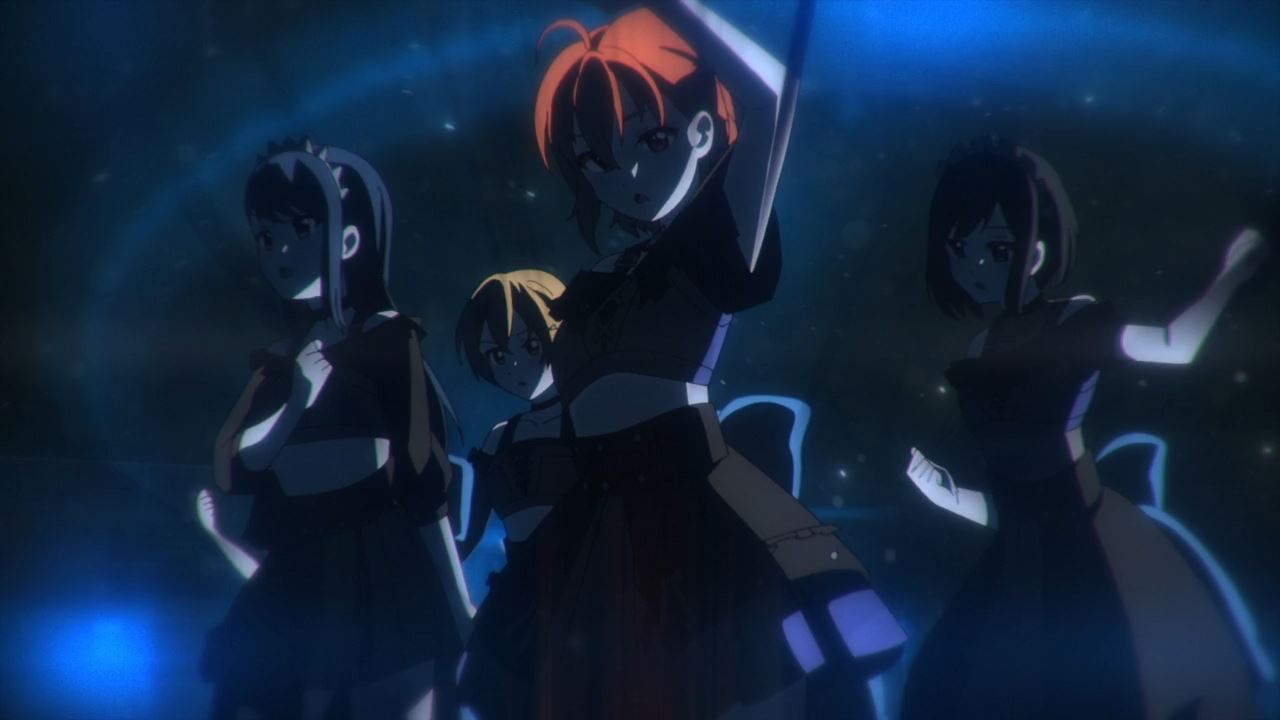 But that doesn’t matter anyway ’cause they looked nice without their ice hockey uniform. Oh and as for Yu Kiyose, she’ll get used to this schtick. Anyways, I’ll see you next time!