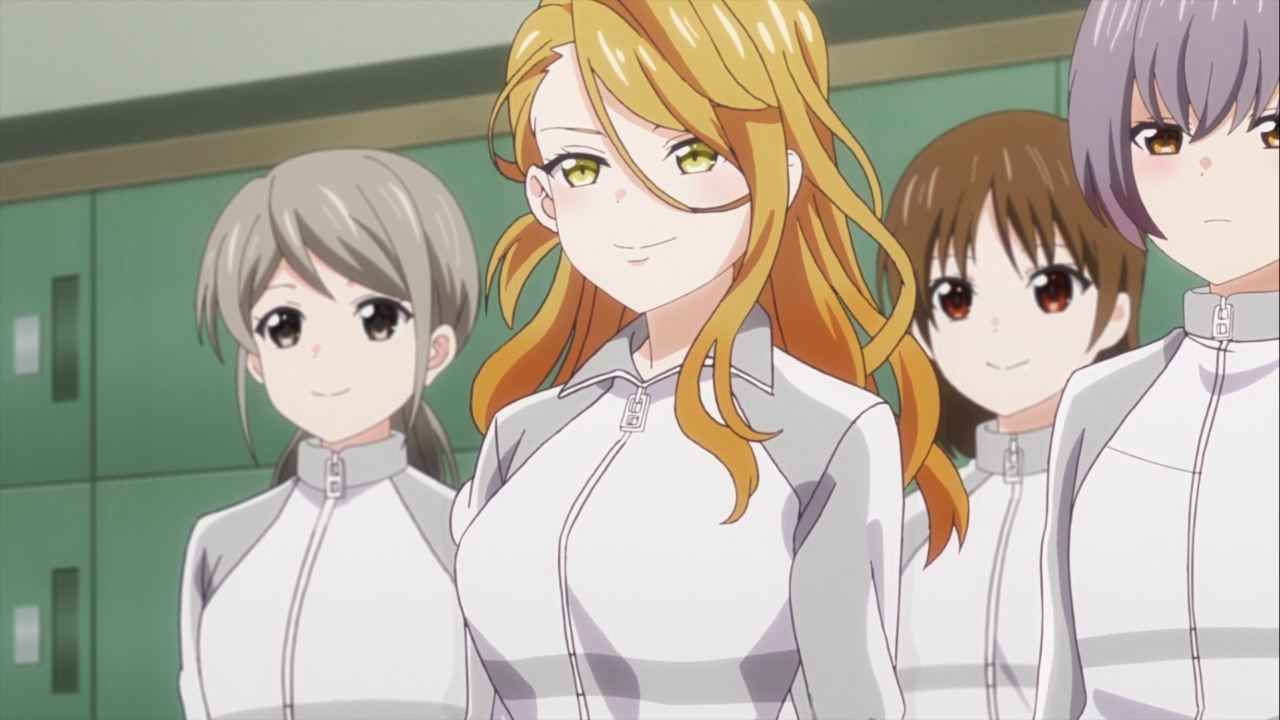 On this episode, the Kushiro Snow White will begin their season in the B Division with the addition of their new center from Canada, Maya Walker.

Of course, the team must beat their rivals in order to return to the A Division, including the Nikko Dream Monkeys where the team has Yu Kiyose. 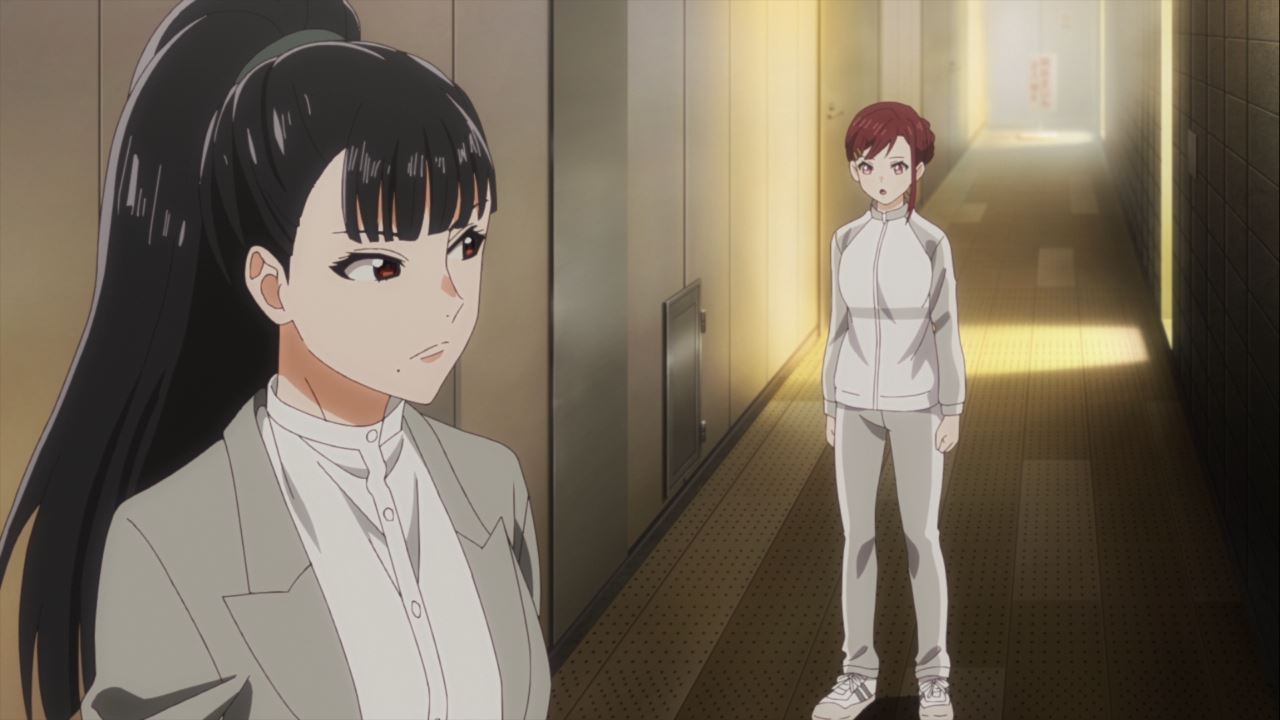 By the way, the coach of Kushiro Snow White planned Yu-chan’s comeback as she wants her former ace to play in a different environment. Still, it worked so far that Kiyose managed to cooperate with her new teammates. 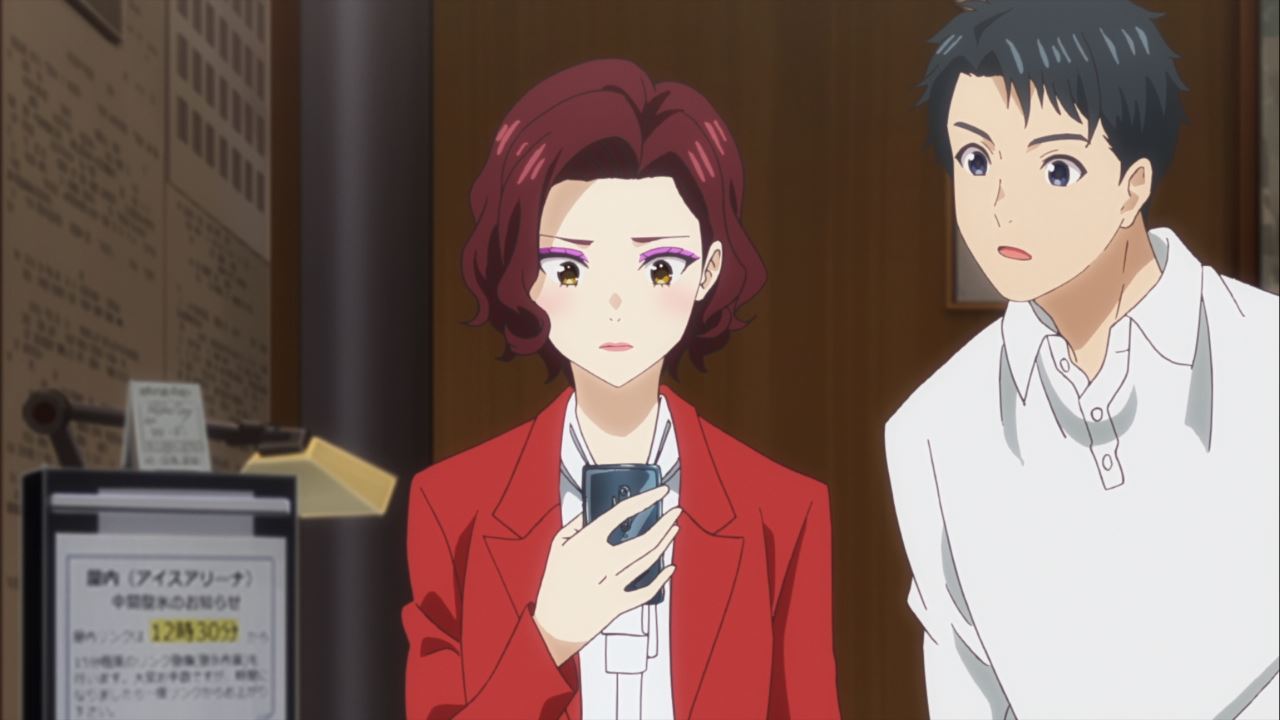 Meanwhile, both Yoko Matsunaga and Sou Satou set up a social media account for the Nikko Dream Monkeys as they want to attract more fans. 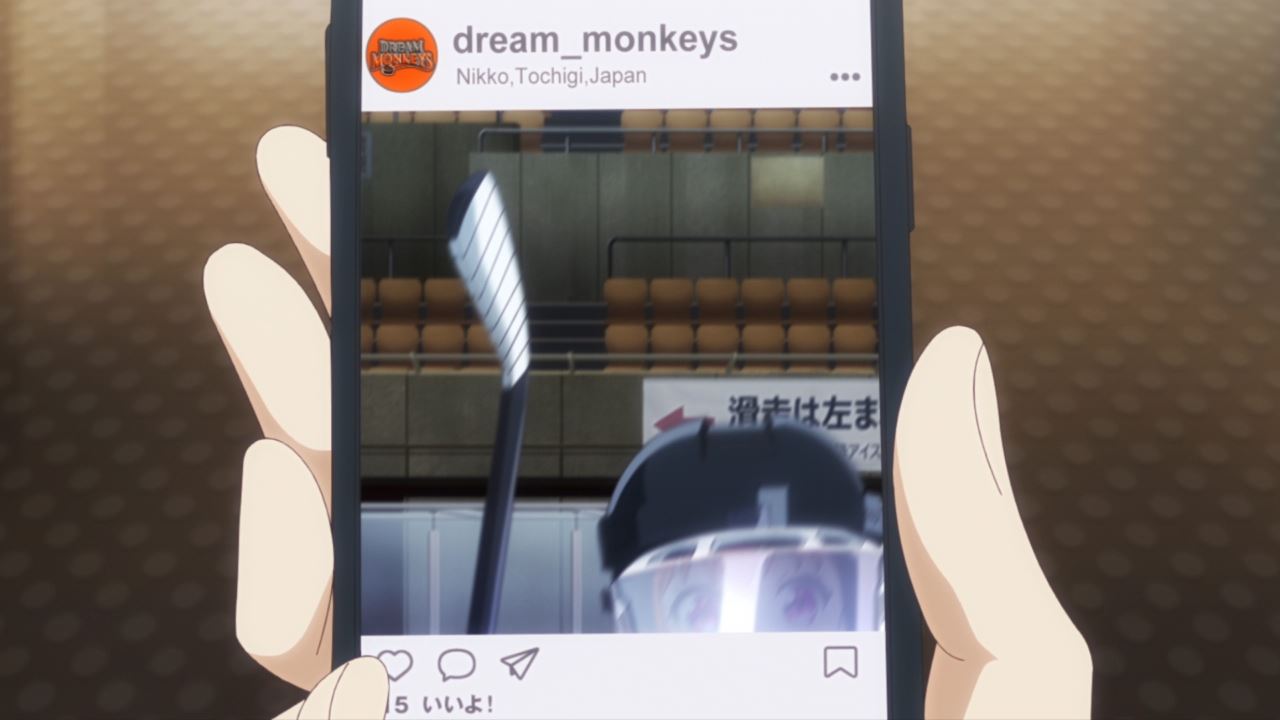 Unfortunately, they did a terrible job as Matsunaga-san took a blurry photo. Man, I think they need to employ a photographer in order to capture clear photos of the players, but the Nikko Dream Monkeys don’t have much money to hire a PR team. 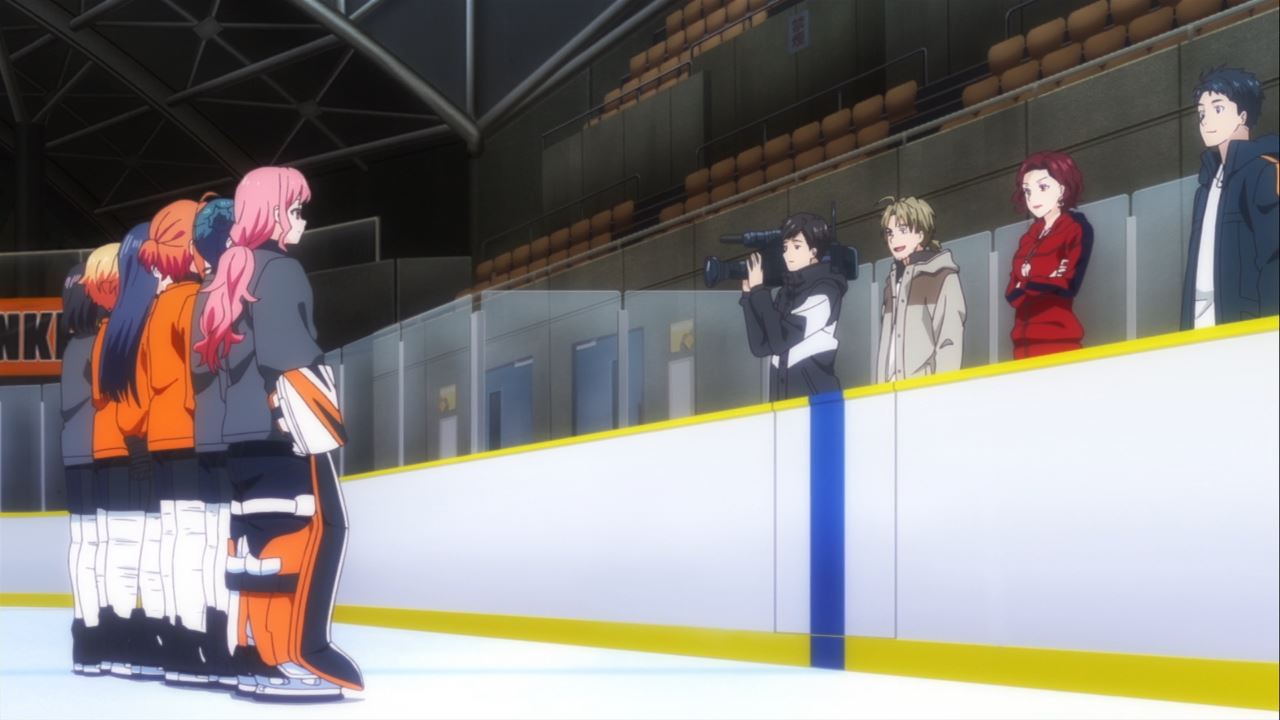 Luckily, the TV crew that appeared in Episode 2 has returned to cover the Nikko Dream Monkeys. It’s been a month since they cover the ice hockey team, but how did Manaka Mizusawa and the rest fare compared to a year before? 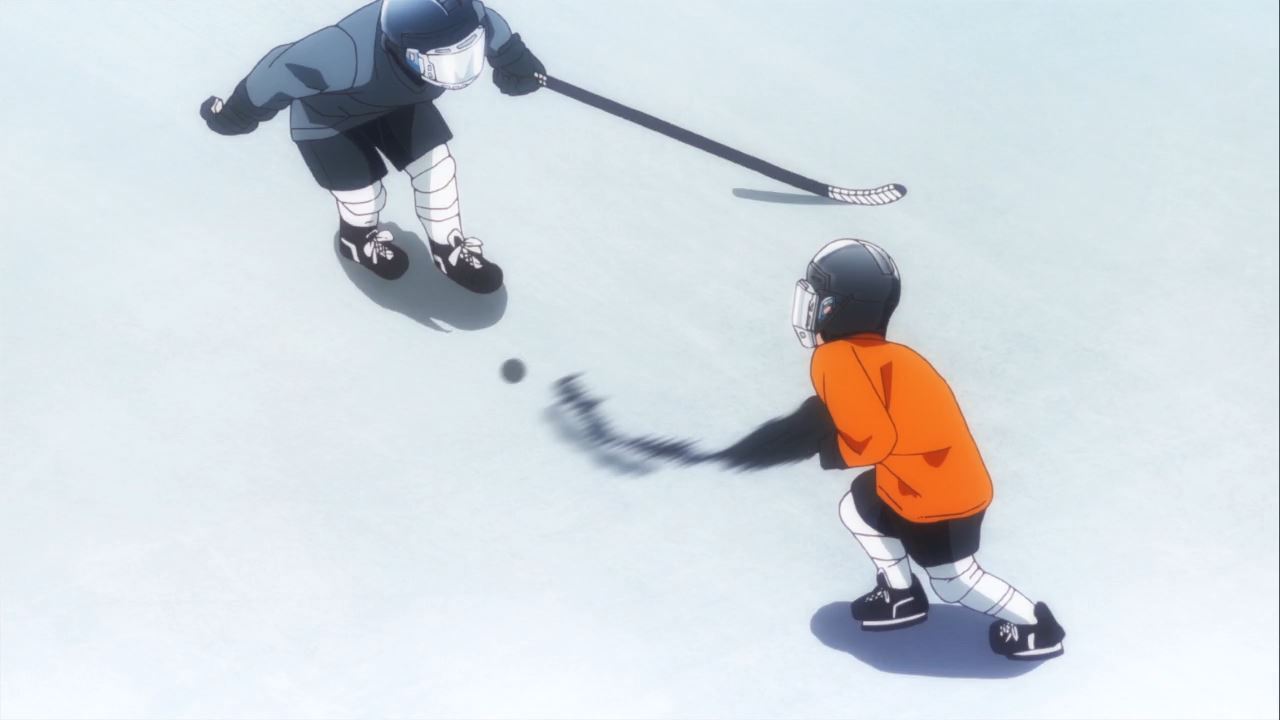 Well, they made lots of progress as their offense has improved with the addition of Yu Kiyose, although their defense is somewhat lacking as Naomi Takagi is scared of putting pressure to her opponents. 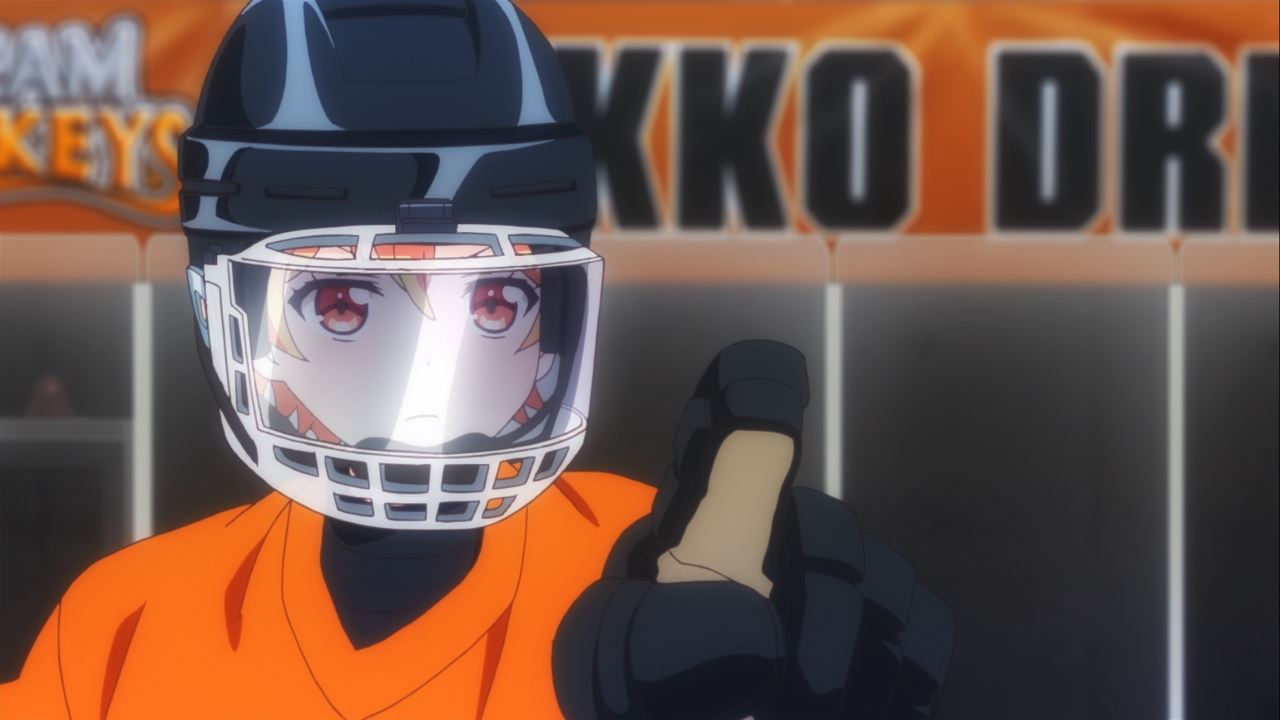 In any case, looks like Riko Saginuma will have to train Naomi Takagi on putting pressure to her opponents and steal the puck from them.

While it’s nice that Riko is helping Naomi out, the reason why she does this is because Saginuma doesn’t want to lose against her childhood friend, especially when Takagi made a brief stint in figure skating. 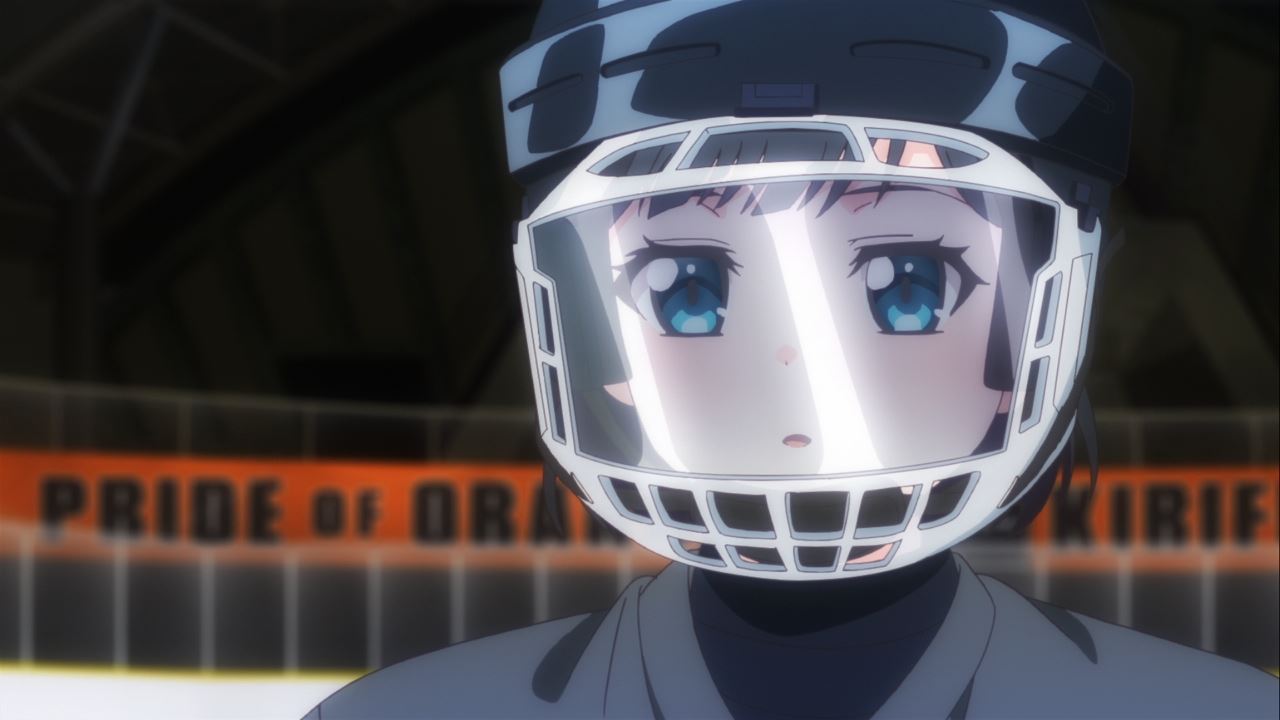 Speaking of Naomi Takagi, the reason why she quit figure skating is because not only she can’t do spin jumps, but Naomi got caught into an accident when she bumped into someone during practice.

While I feel sympathy that Naomi’s figure skating career was dashed because of an accident, she can overcome her fear and hesitancy as Naomi has Riko backing her up. 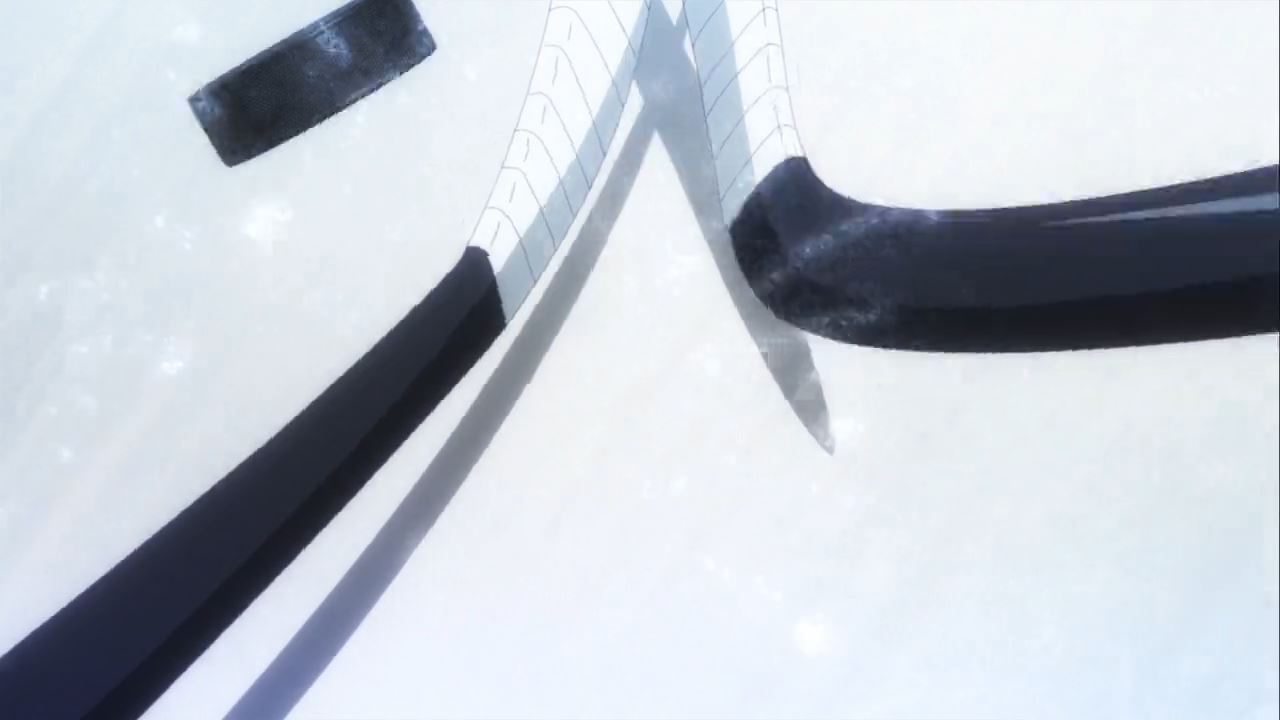 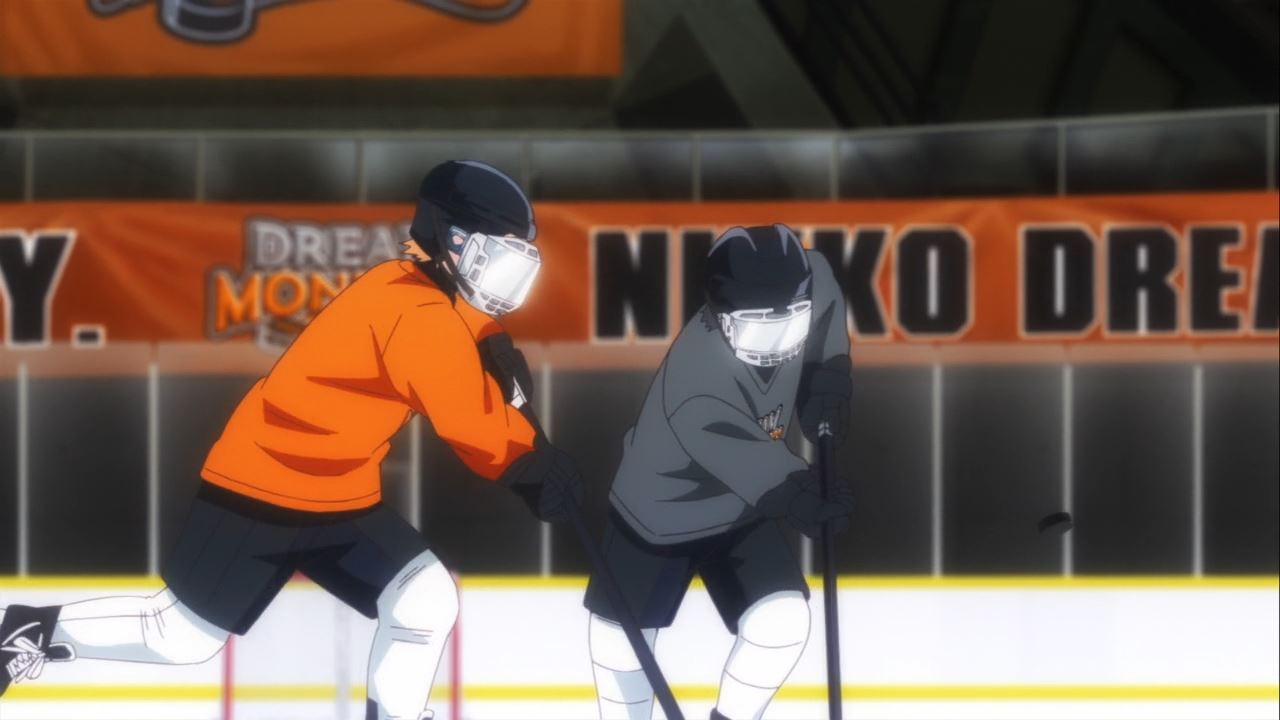 Anyways, it looks like Naomi Takagi made an amazing defense move where she slapped to puck away from Riko Saginuma’s stick. Glad that she showed some pressure towards her opponent. 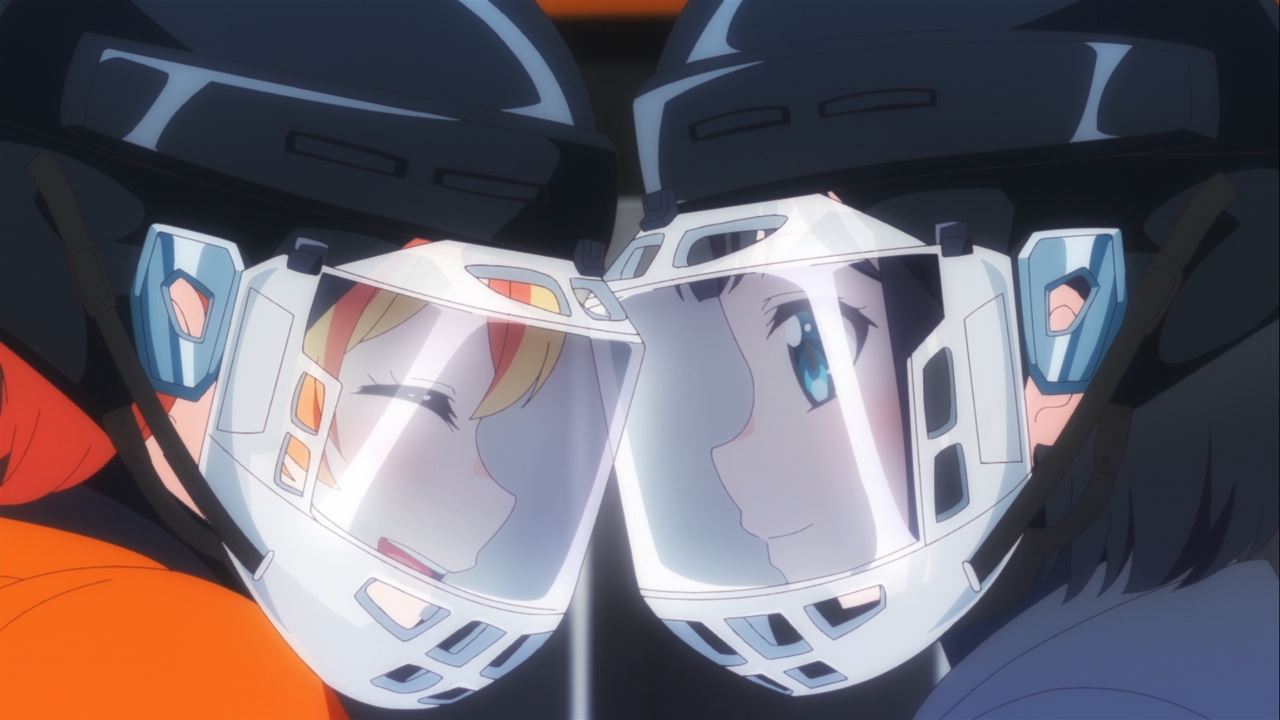 And here’s Riko Saginuma where she’s happy to see her childhood friend overcoming her obstacle. Now, the only left to do is to Naomi Takagi’s defensive skills to the test. 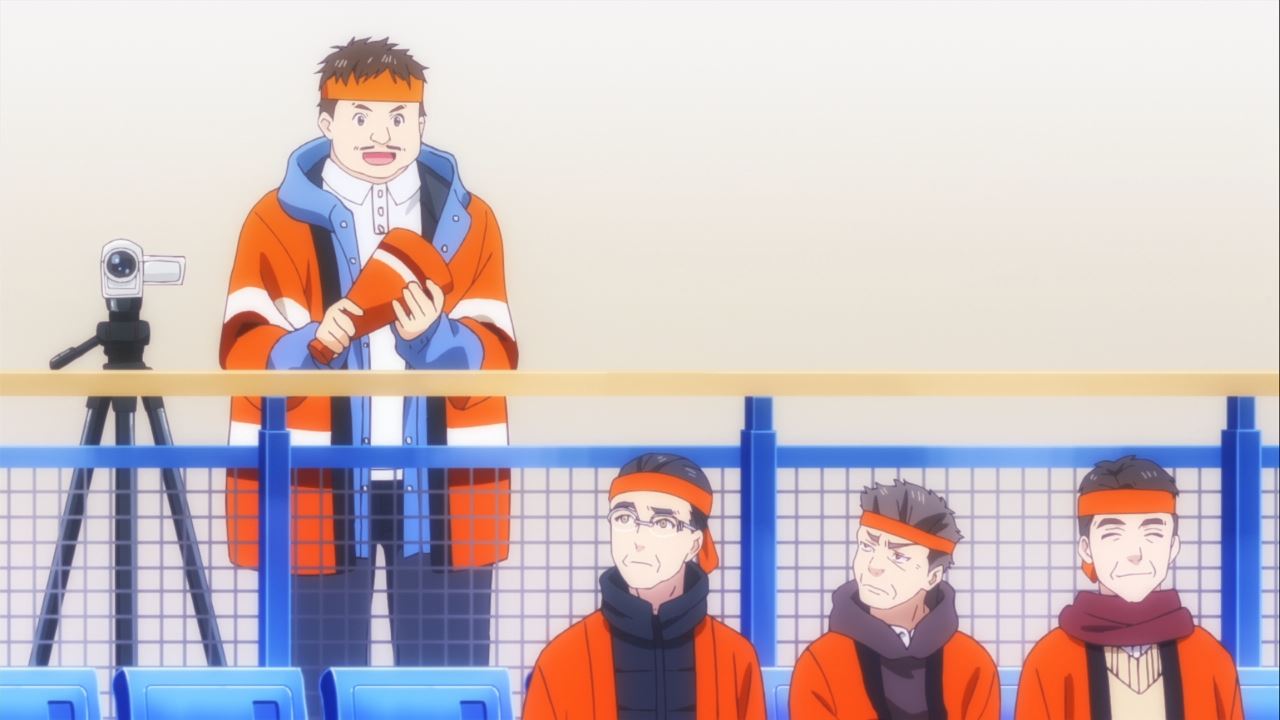 Anyways, the day has finally arrived where the Nikko Dream Monkeys start their campaign in the B Division.

Also, here’s Nishigori-san where the owner of a sports equipment store is here to cheer the Nikko Dream Monkeys. Heck, he has a gear to rally up the players. 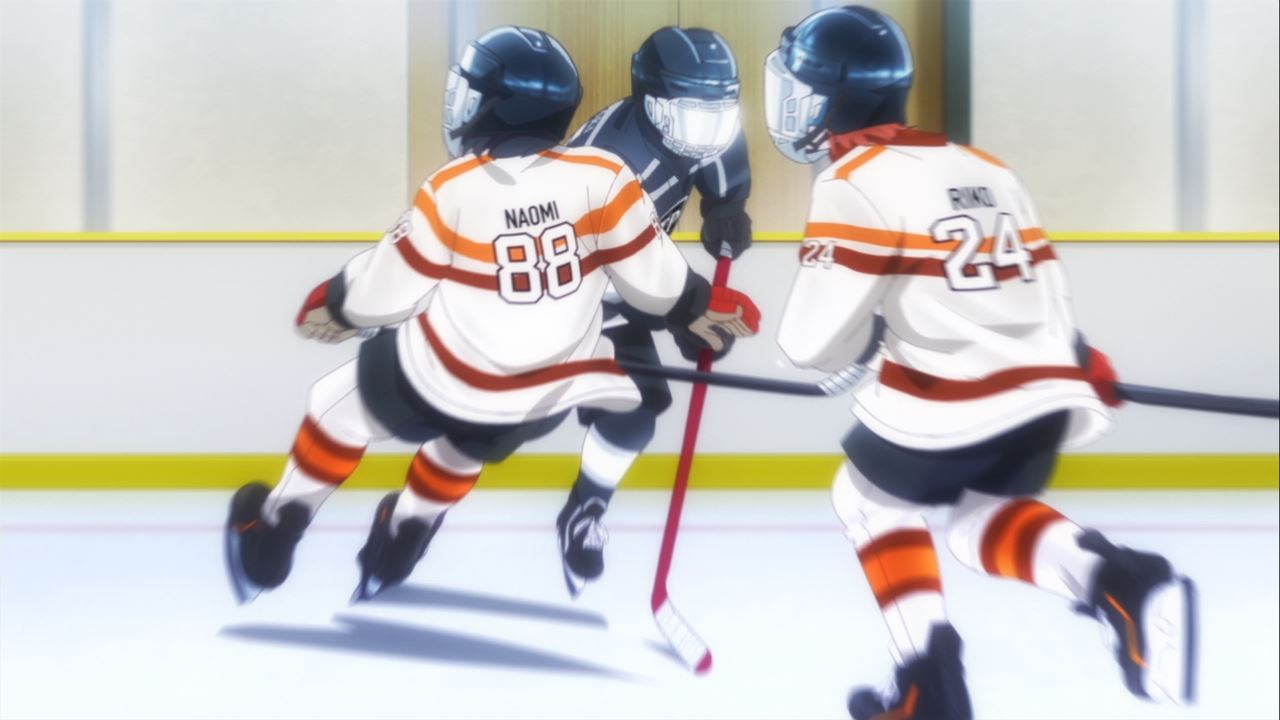 With that said, it’s time for the actual game where Naomi Takagi got pushed by the opposing player. Okay, that’s a penalty there! 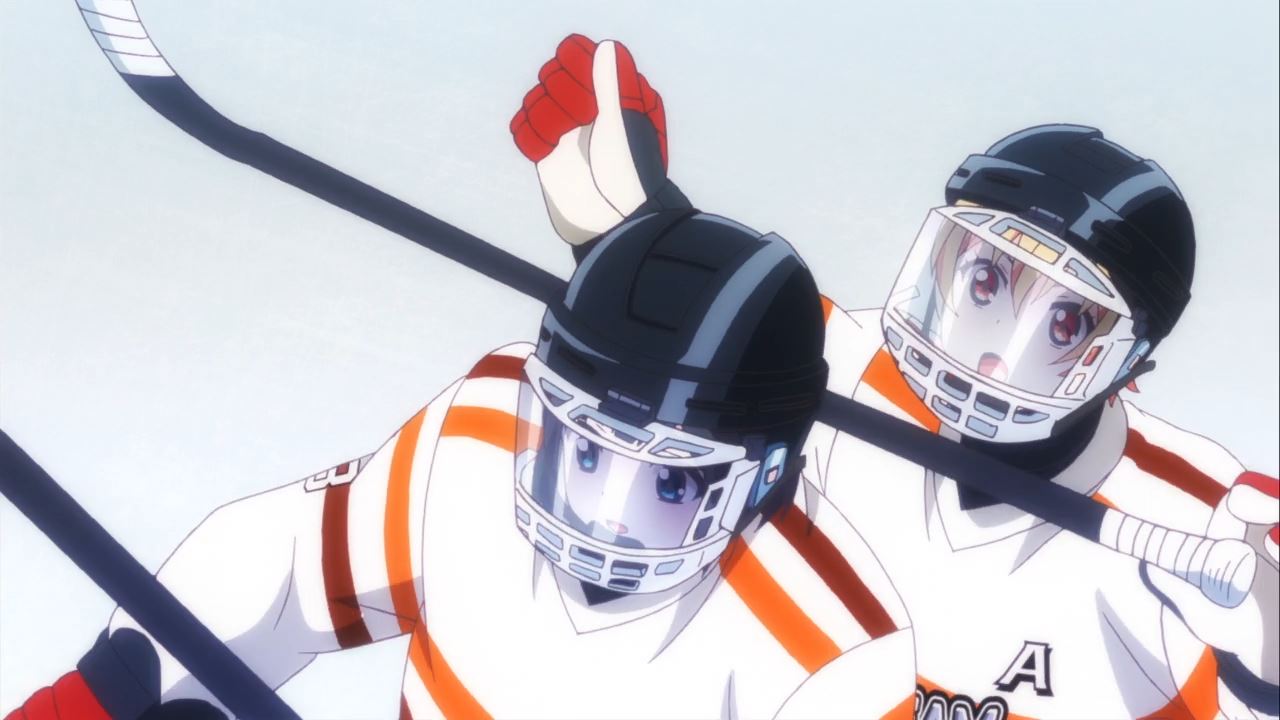 Good thing Riko Saginuma is here to catch her friend from falling to the rink. C’mon, Riko doesn’t want to abandon Naomi. 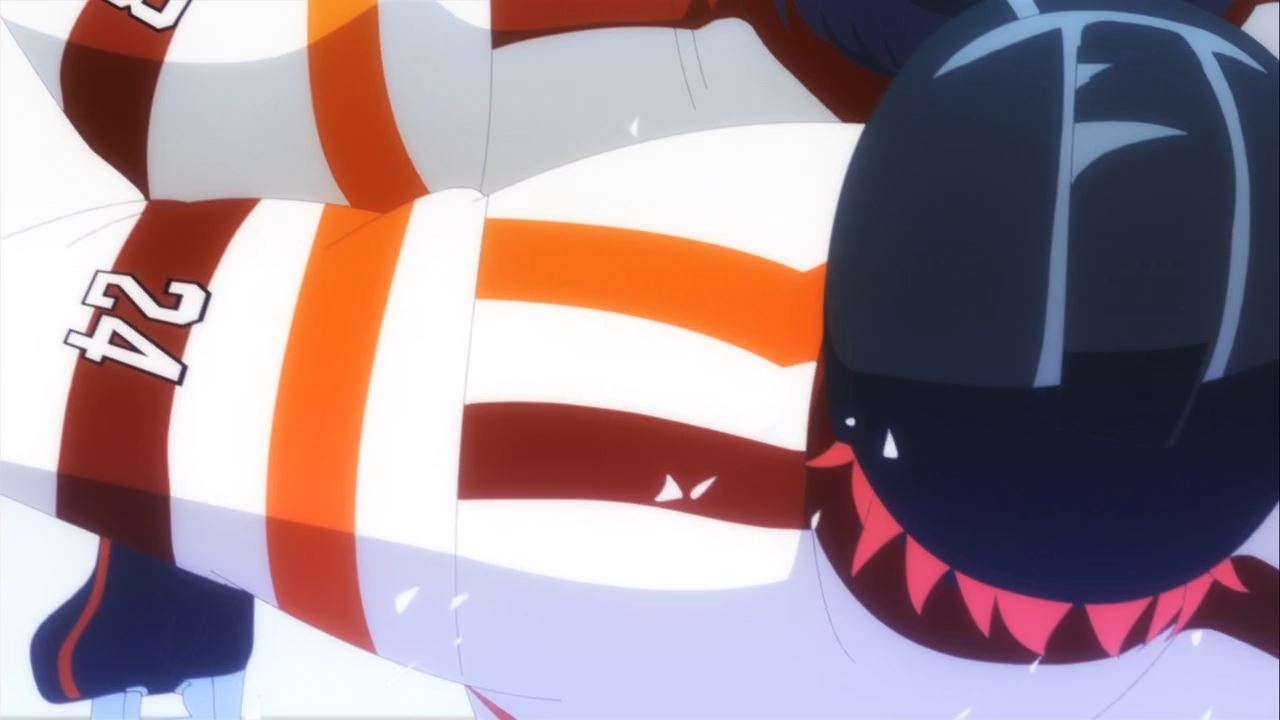 Sadly, the cost of saving Naomi is pretty high as Riko sprained her knee upon catching her friend. Damn, not a great start for the Nikko Dream Monkeys as their captain got injured.

Now then, I wonder if Yoko Matsunaga has an extra player ’cause 5 players on the team would be difficult? Anyways, I’ll see you next time where I hope that the Nikko Dream Monkeys can overcome this setback.