The Rising of the Shield Hero Season 2 Episode #04 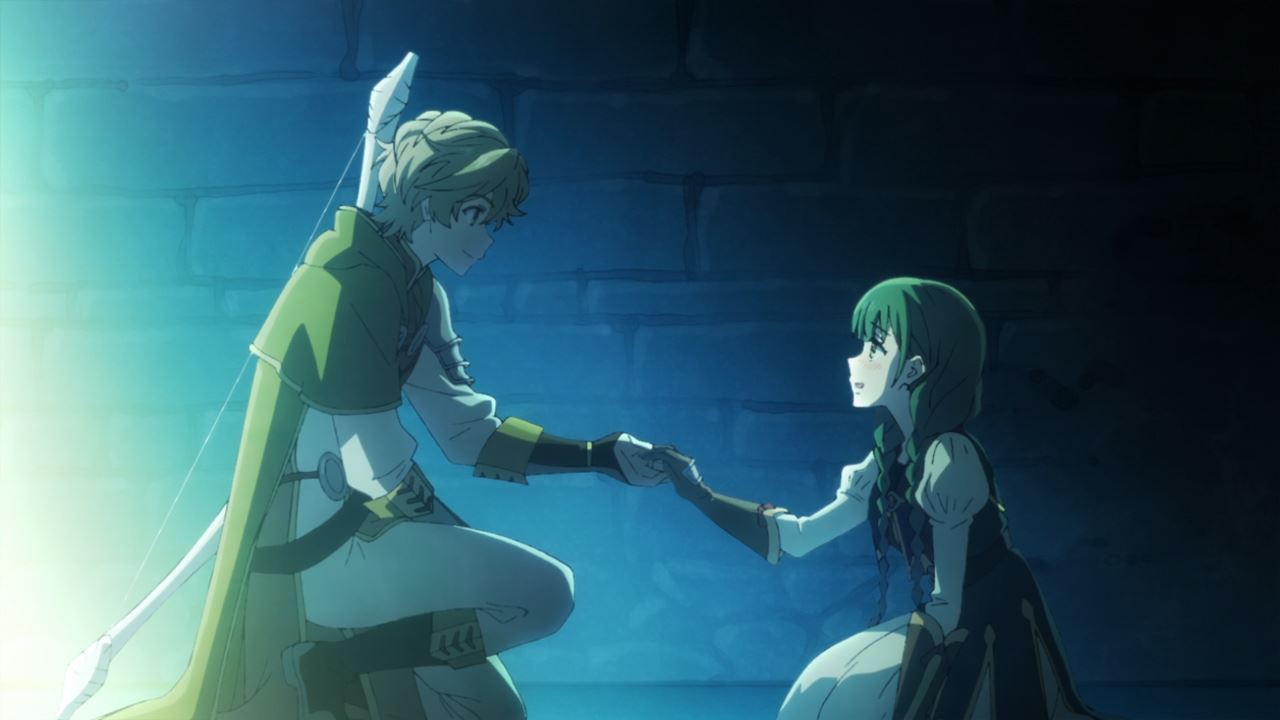 Let’s begin with a backstory where Rishia Ivyred joined Itsuki Kawasumi’s party after being saved from a nasty noble who wanted her to be sold as a sex slave.

Sadly, Itsuki kicks Rishia out of the party as she’s not good enough to aid the Bow Hero. 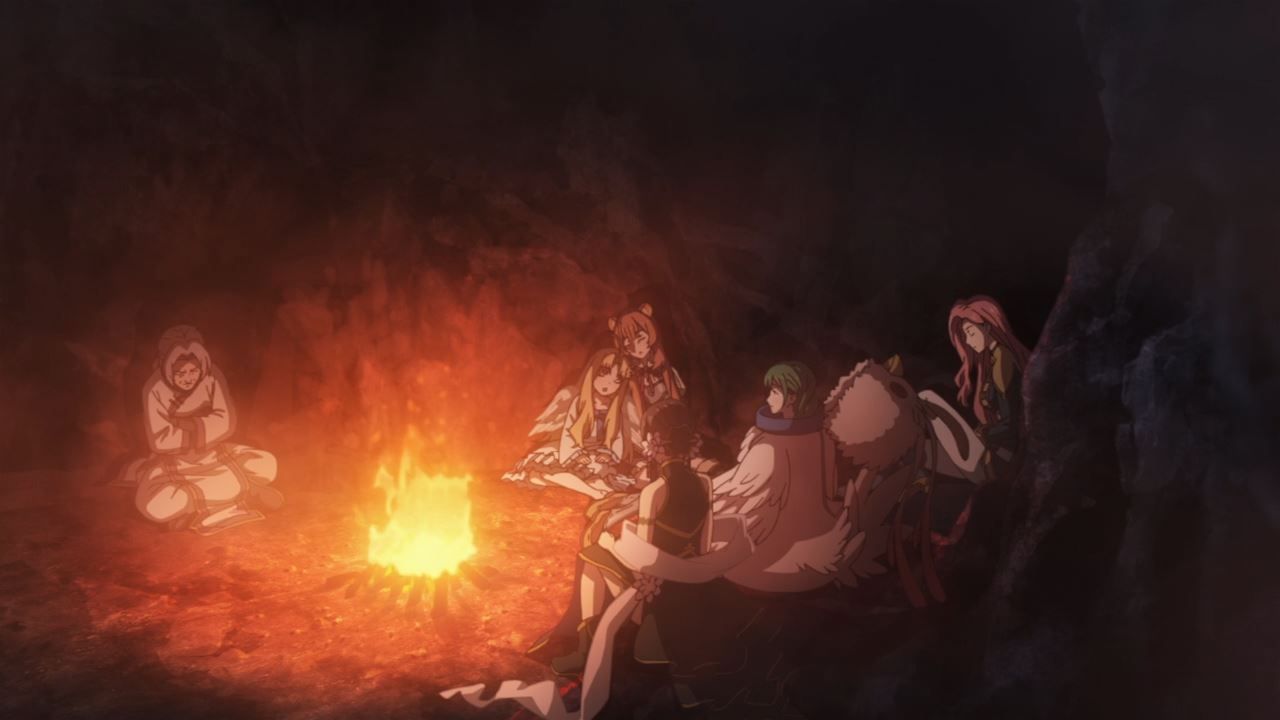 Fortunately, Naofumi Iwatani accepted Rishia into his party as they’re currently camping at the Spirit Tortoise’s back.

Oh yeah, Rishia Ivyred has the potential to become stronger that will aid the Four Cardinal Heroes. 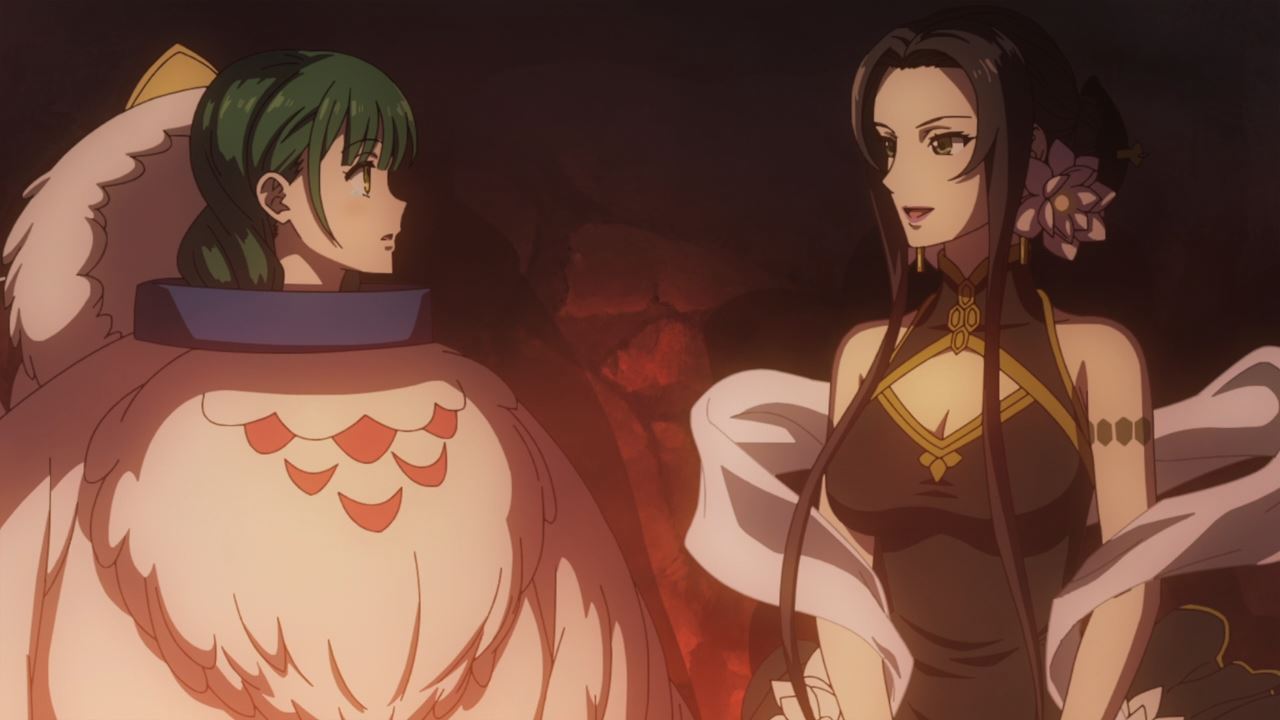 Heck, even Ost Hourai recognized Rishia’s progress where the Spirit Tortoise’s familiar believe that she’ll be a better warrior. 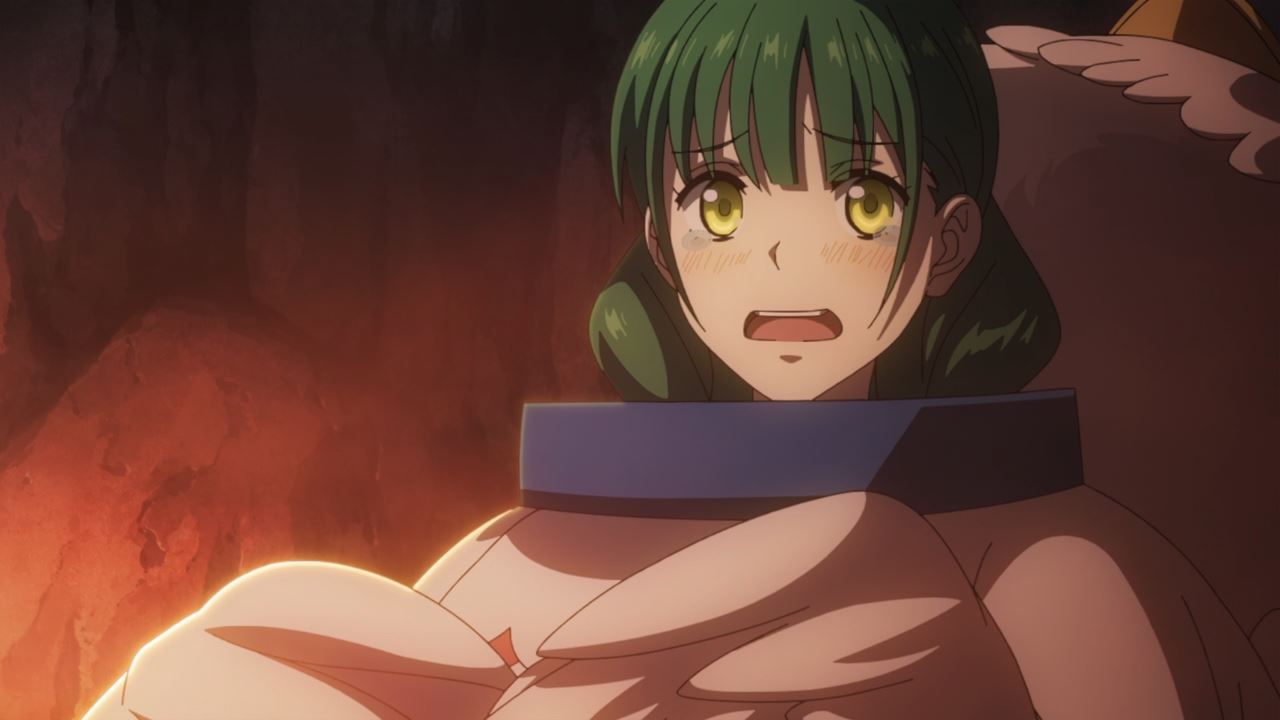 Of course, the only thing that Rishia needs is emotional support where she’s easily driven with her emotions. But hey, at least Ost Hourai is backing her up. 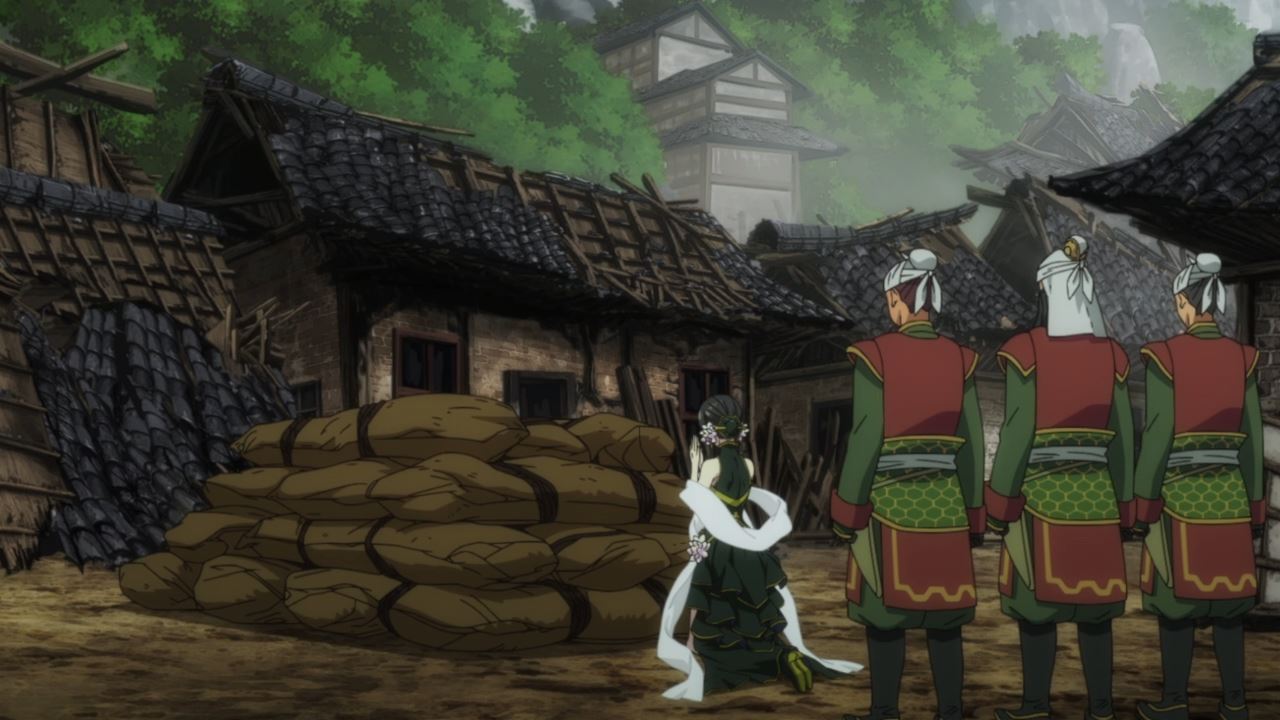 But let’s move further where Naofumi and the rest went to a nearby village, only to find out that all of the inhabitants are dead as the Spirit Tortoise took their souls. 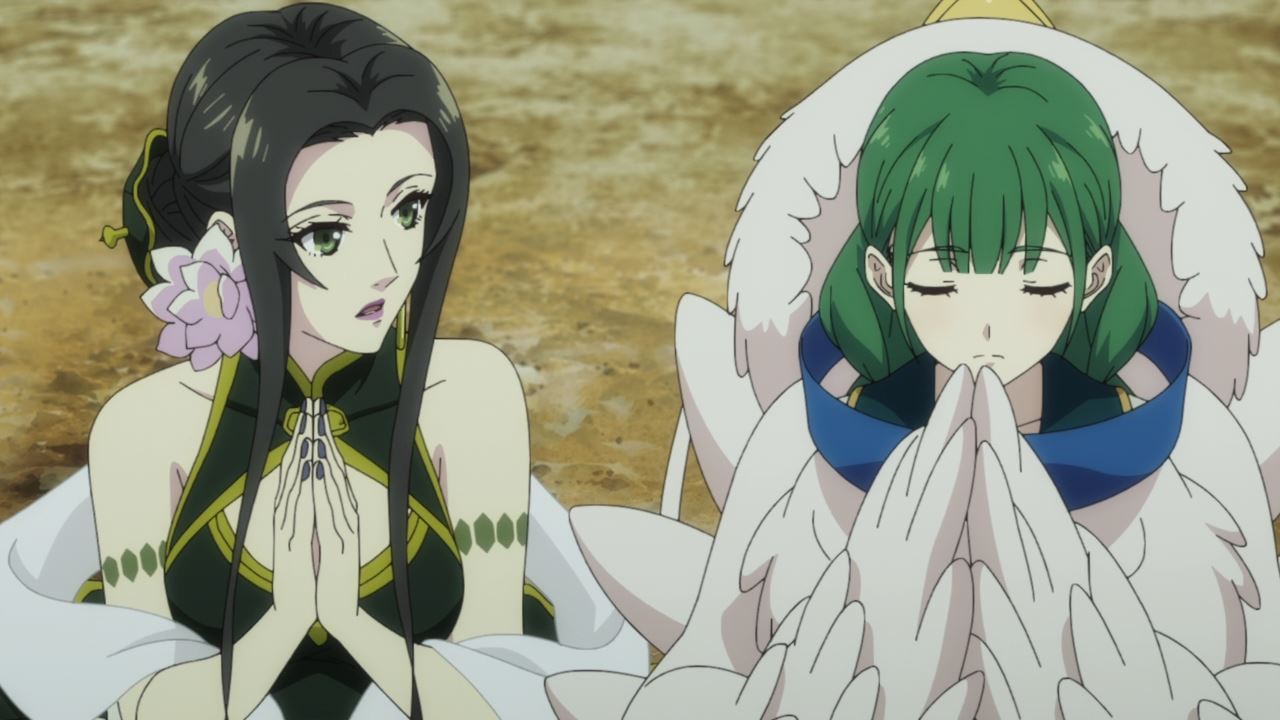 With that said, they can only pay their respects to those who’re departed. Still, there’s more to come on this village. 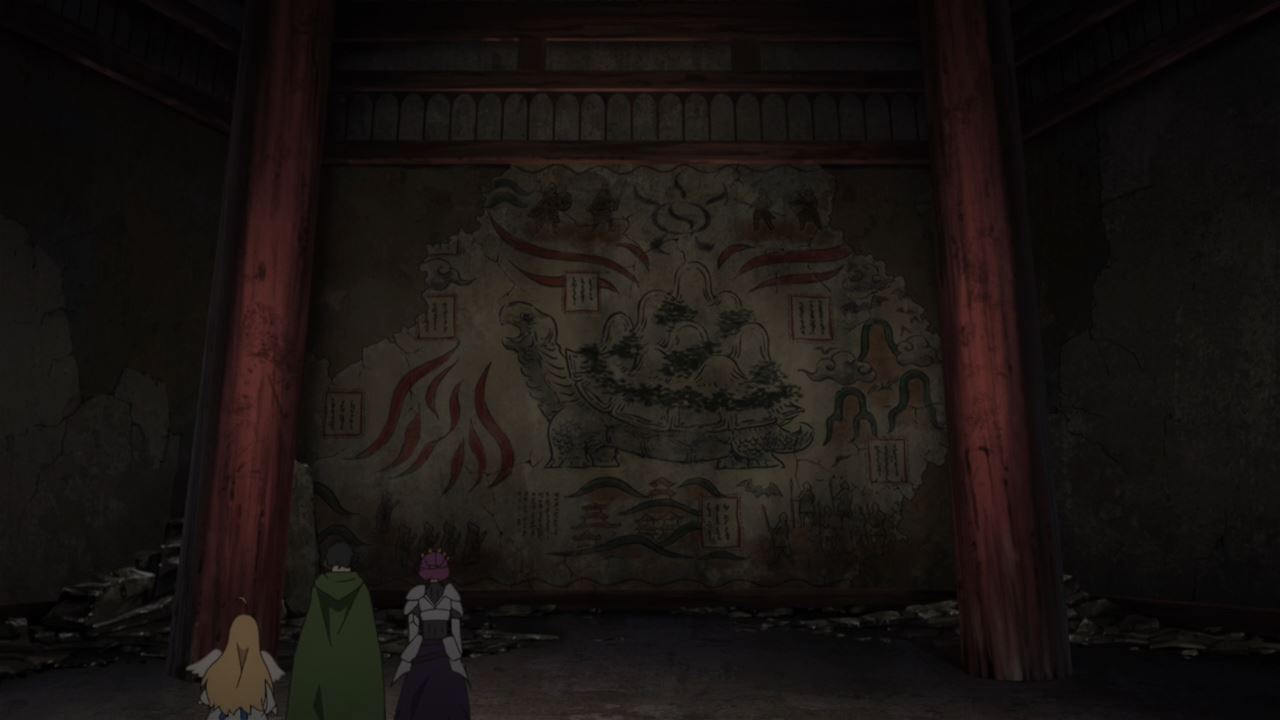 In fact, one of Queen Mirelia Q Melromarc’s shadows found a temple where they might find a clue on defeating the Spirit Tortoise. 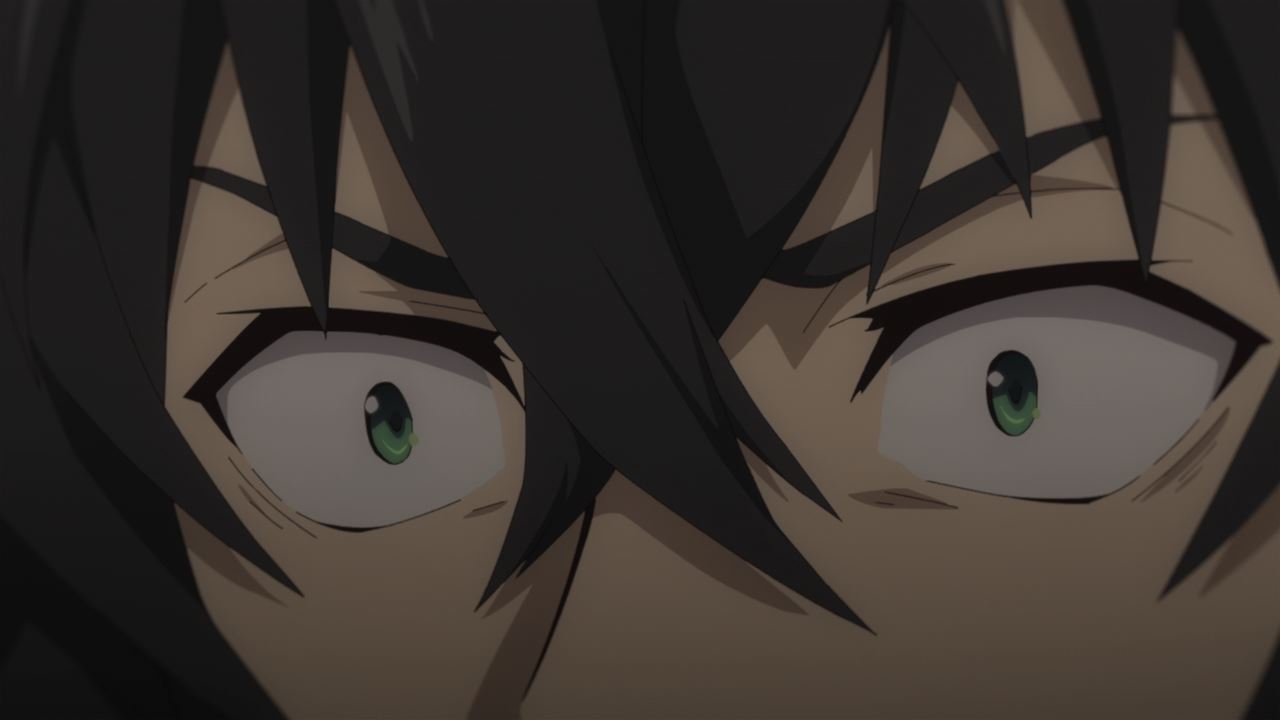 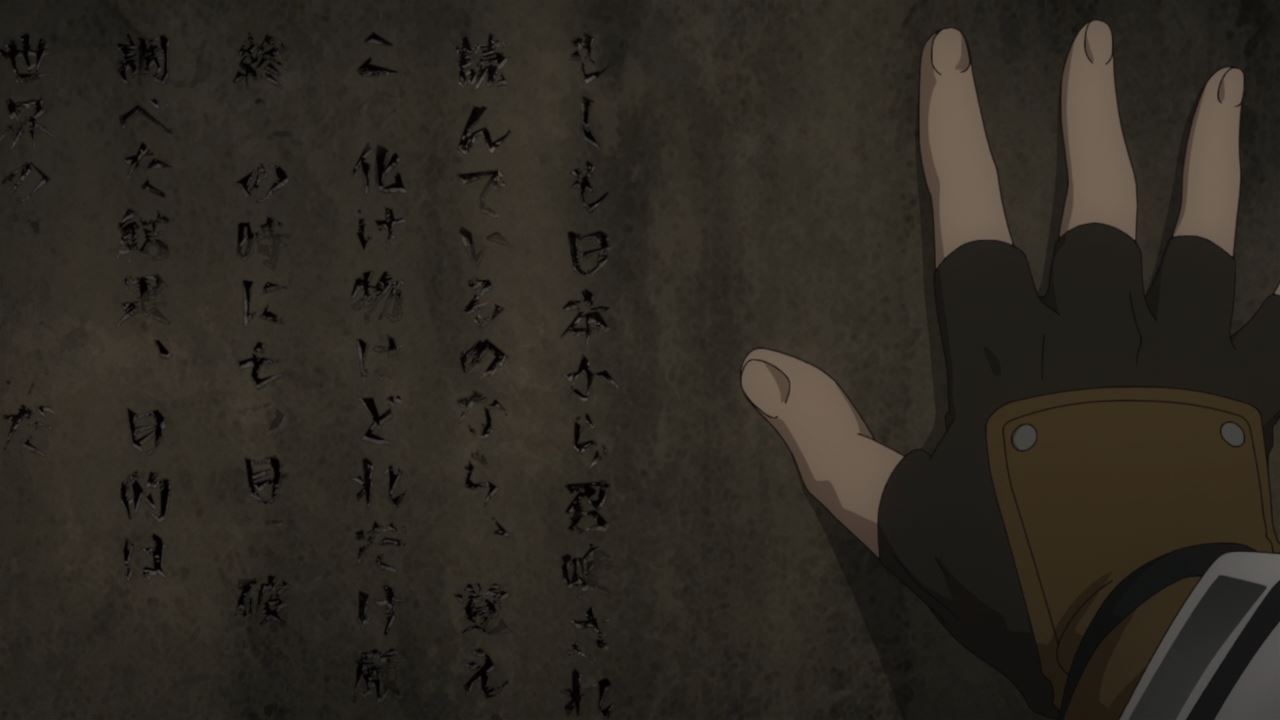 But speaking of clues, Naofumi Iwatani found a tablet where it has Japanese text written by a hero named Keiichi.

Sadly, Naofumi couldn’t decipher it as some of the words are faded beyond recognition. Really a shame there as the Shield Hero and his party can defeat the Spirit Tortoise once they figure it out on how to kill it for good. 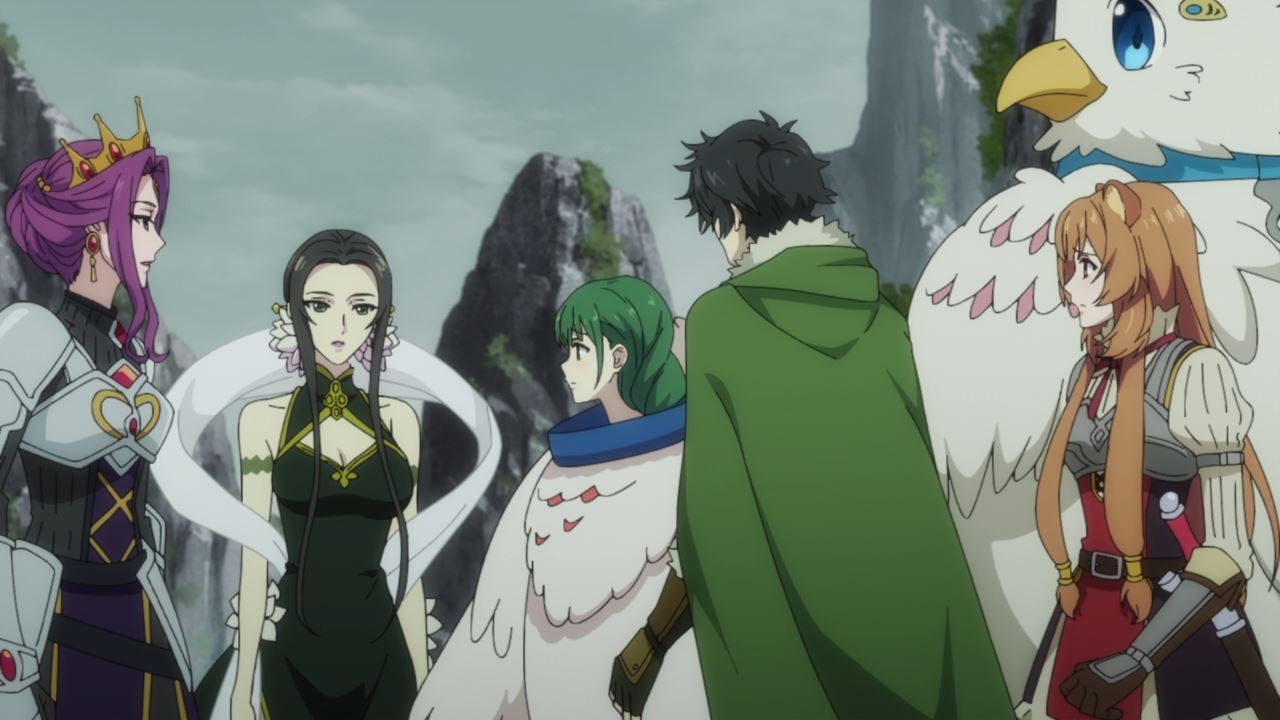 Well, that’s until Ost Hourai told them that the only way to defeat the Spirit Tortoise is to strike its heart. Of course, they need to find a way to get inside the tortoise’s body. 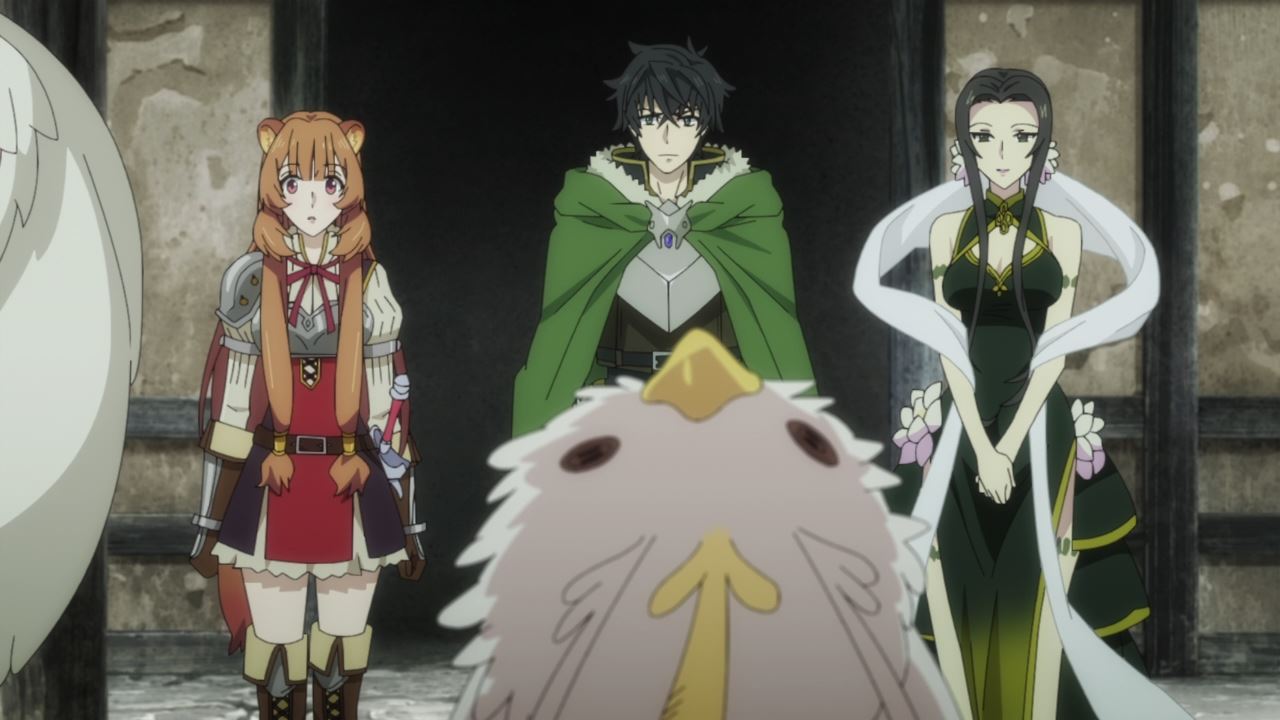 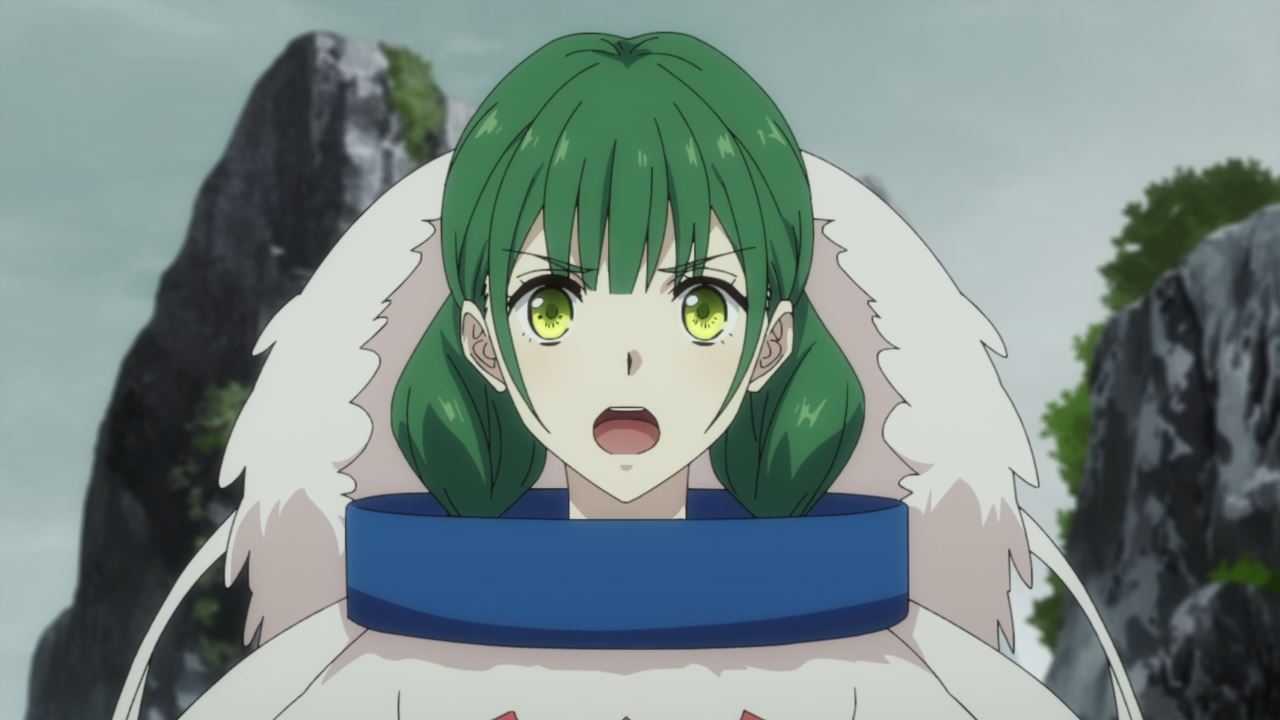 One last thing, it appears that Rishia Ivyred decided to become a brave warrior as she volunteered to join Naofumi Iwatani in exploring the tortoise’s body.

That’s very nice from her as I’m hoping that Rishia will become a great asset to the Shield Hero. Now then, onto finding the tortoise’s heart. 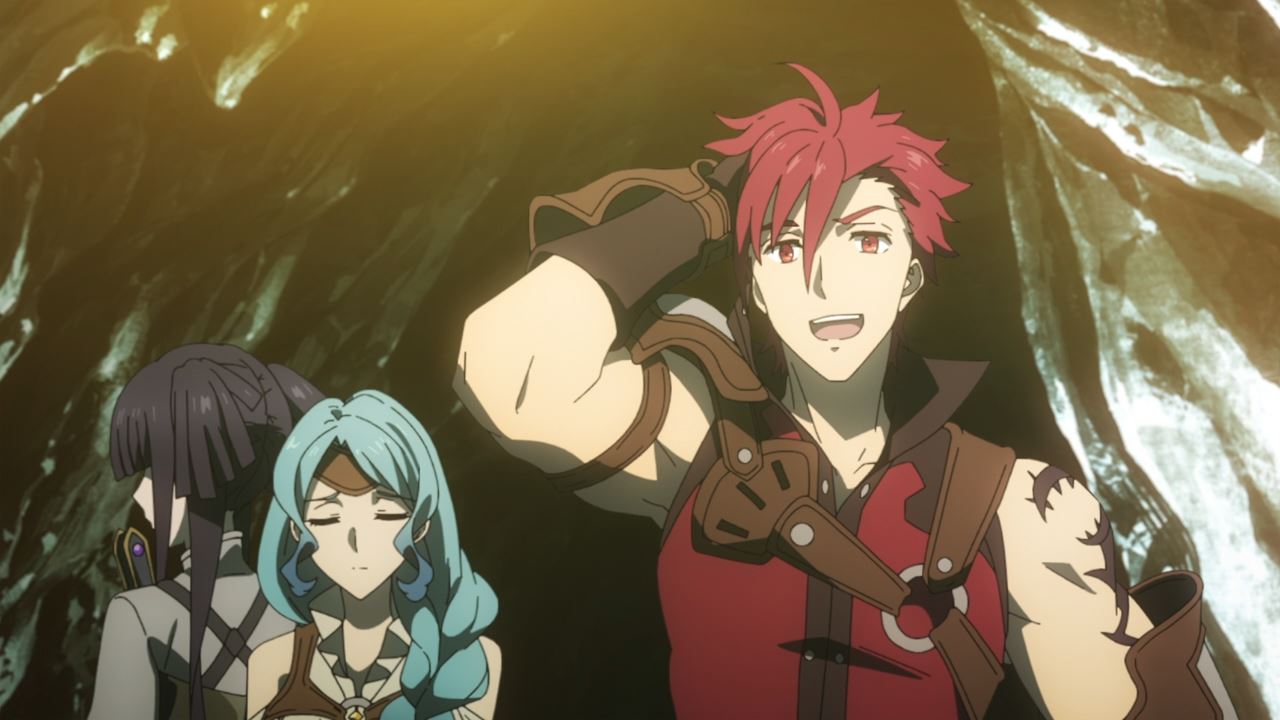 Unfortunately, they encountered both L’Arc Berg and Therese Alexanderite where I have a feeling that they’ll stop Naofumi and his party.

One more thing, that woman over there seems familiar… 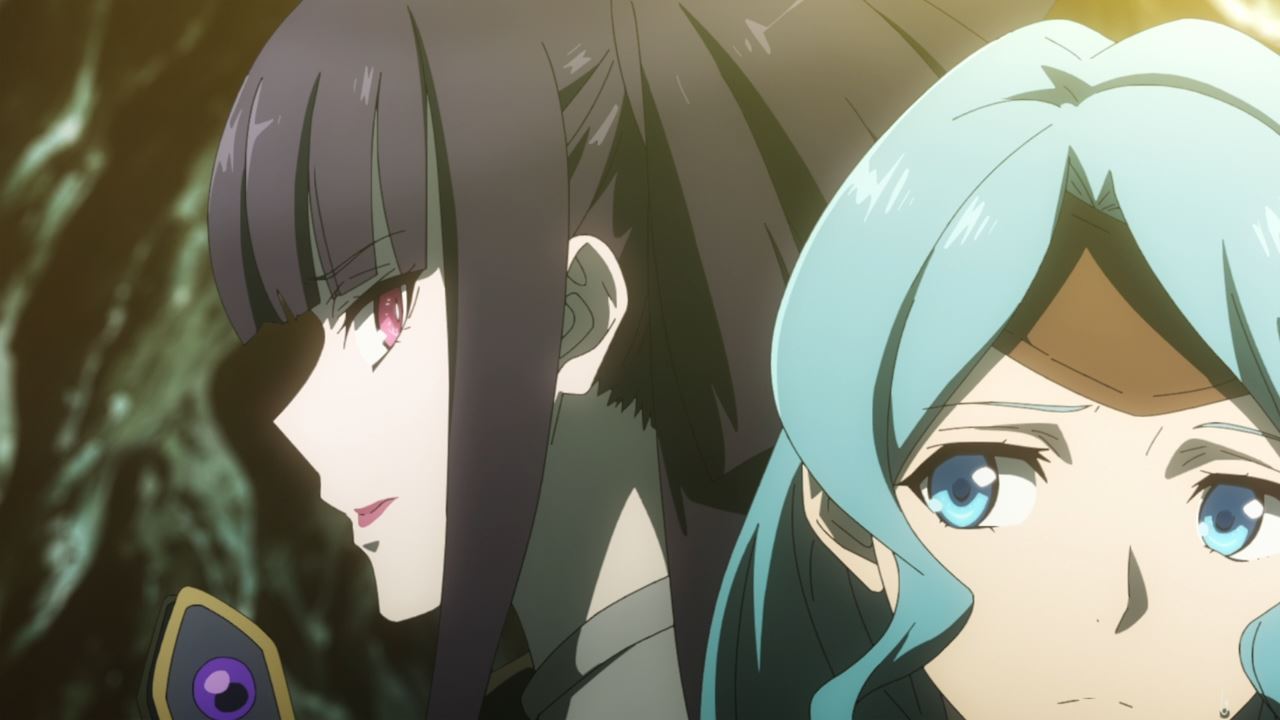 Turns out that Glass has joined the ride too. Dammit, are they’re trying to stop the Shield Hero from slaying the giant monster?

Anyways, I’ll see you next time where I smell some big trouble up ahead!