Legend of the Galactic Heroes: Die Neue These Episode #28 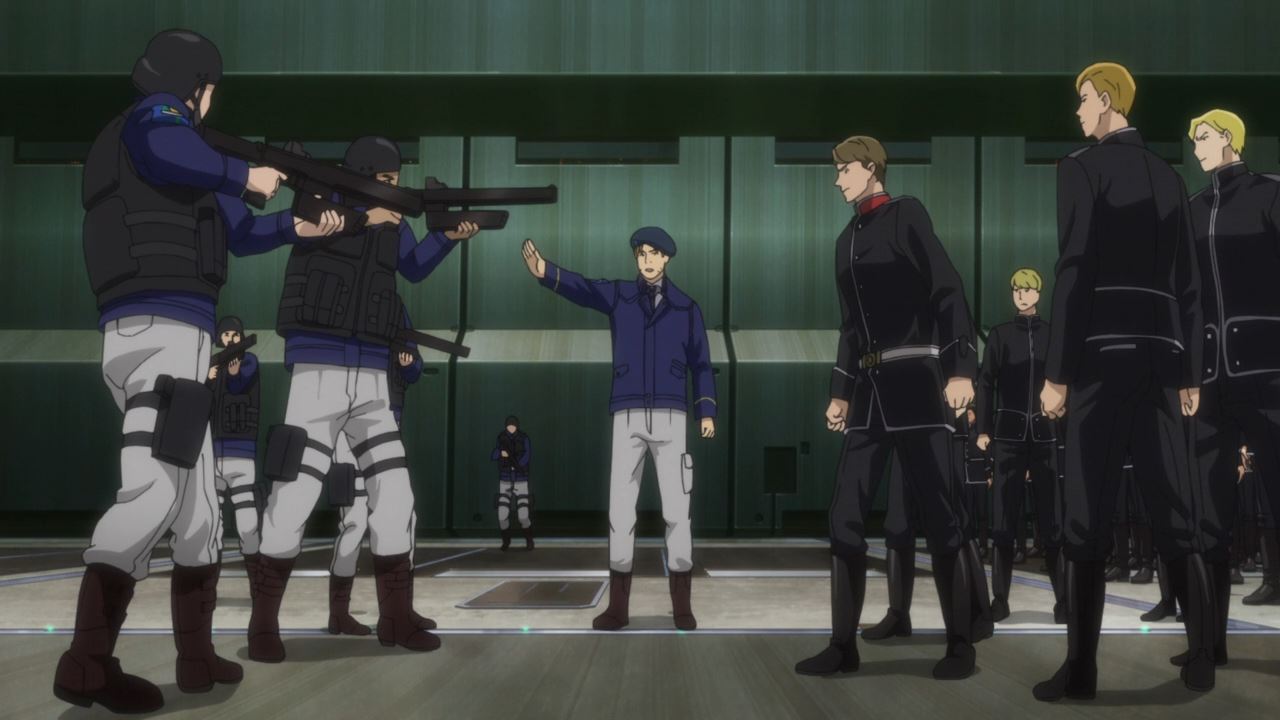 Let’s begin at the Iserlohn Fortress where captured Imperial soldiers are being detained as prisoners of war, although some Alliance soldiers mocked Duke Reinhard von Lohengramm for being just a blond boy which most of the loyalists won’t take this insult pretty well.

Fortunately, there’s no scuffle that happened inside the fortress as Captain Kasper Linz break them off. 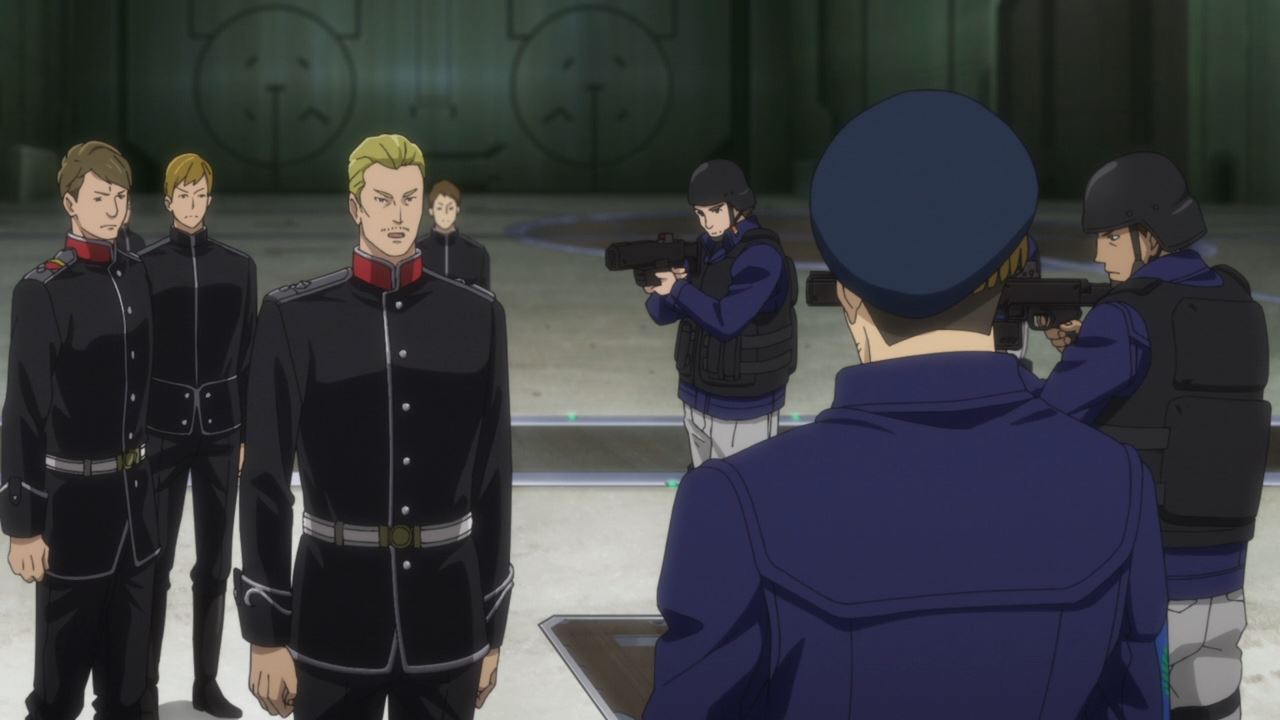 Of course, one of the Imperial soldiers told them not to insult Duke Lohengramm for he made great strives to reform the entire Galactic Empire as both prime minister and fleet admiral.

I have to admit that their loyalty to Reinhard von Lohengramm is strong as his charisma and talent brought great victories for the Galactic Empire. 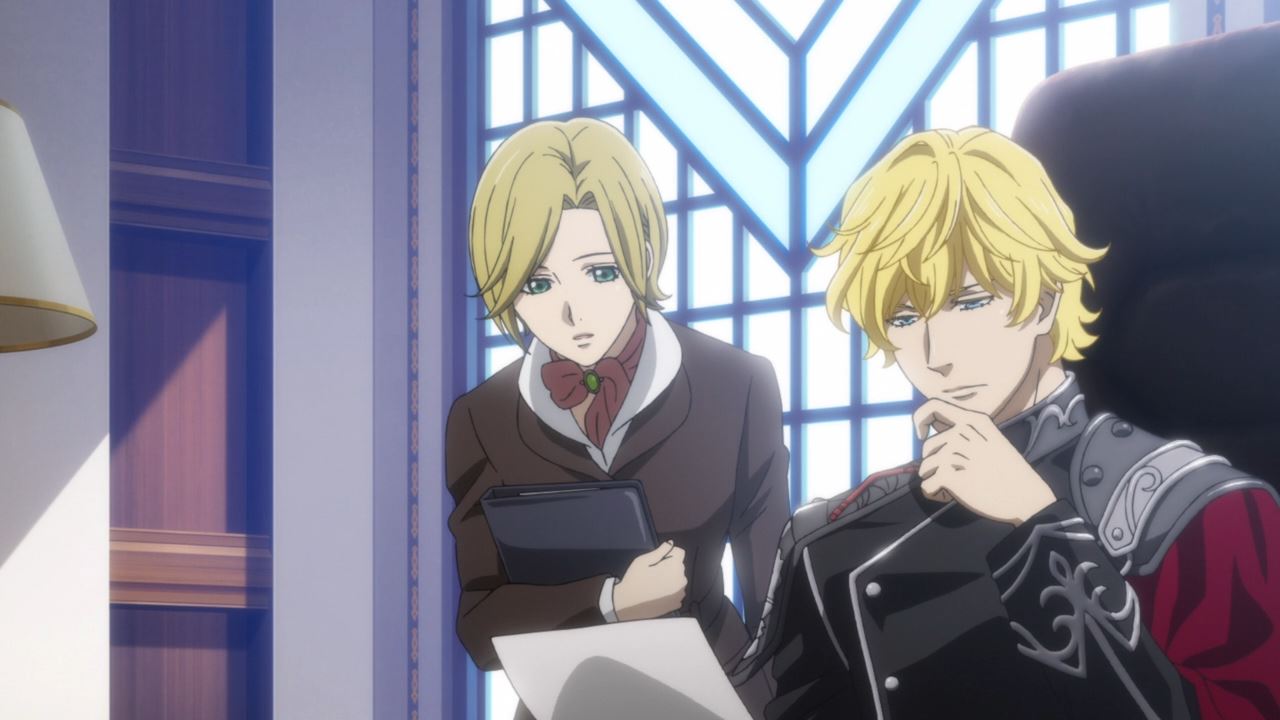 Speaking of Duke Lohengramm, he’s busy enacting reforms that will benefit the ordinary citizens across the empire.

Assisted by his secretary Hildegard von Mariendorf, he’s also dealing with nobles who originally joined Otho von Braunschweig’s coalition, but felt that their talents are wasted on supporting the duke during the Lippstadt War. 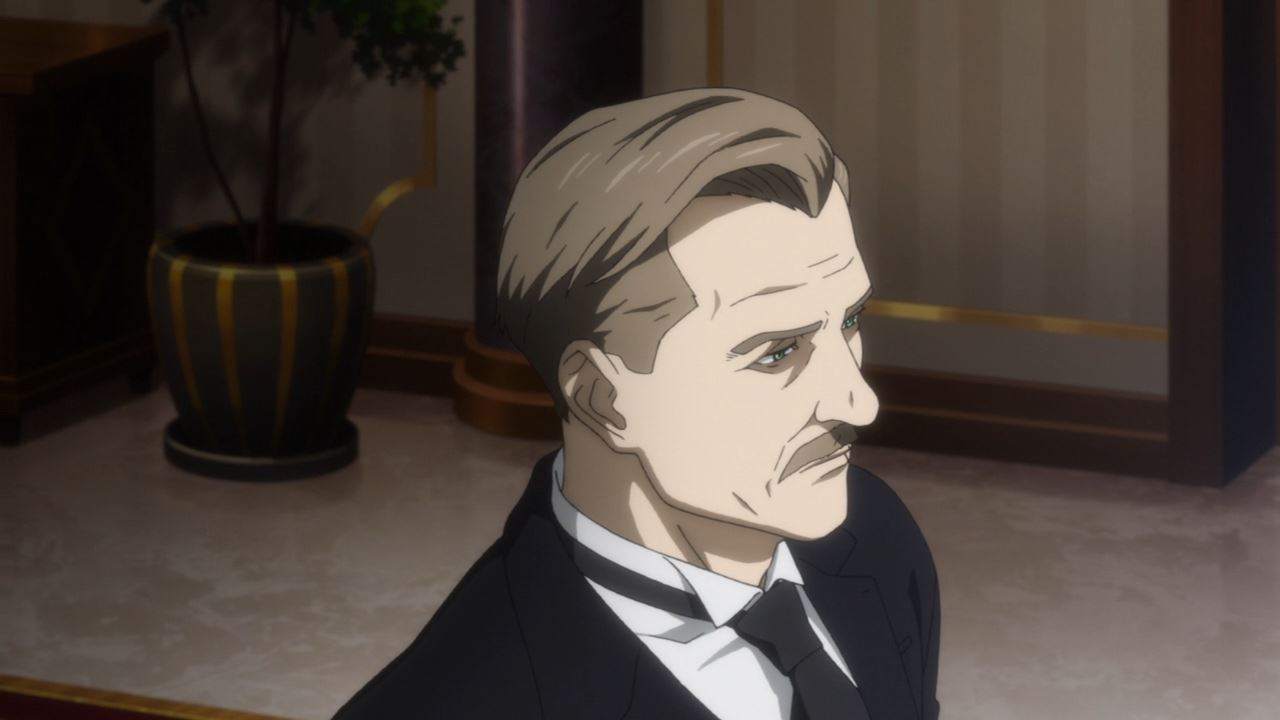 Take Arthur von Streit for example where he once served Duke Otho von Braunschweig during the Lippstadt War. At one point, he even suggested to assassinate Reinhard von Lohengramm, but it didn’t materialized thanks in part of Duke Braunschweig’s insistence on capturing then Marquis Lohengramm and humiliate him.

Ultimately, Duke Reinhard von Lohengramm pardoned Arthur von Streit on the condition that he’ll serve under him, in exchange for keeping a portion of assets for a certain relative. It’s really nice that Duke Lohengramm is gaining more competent allies in hopes of reforming the entire empire. 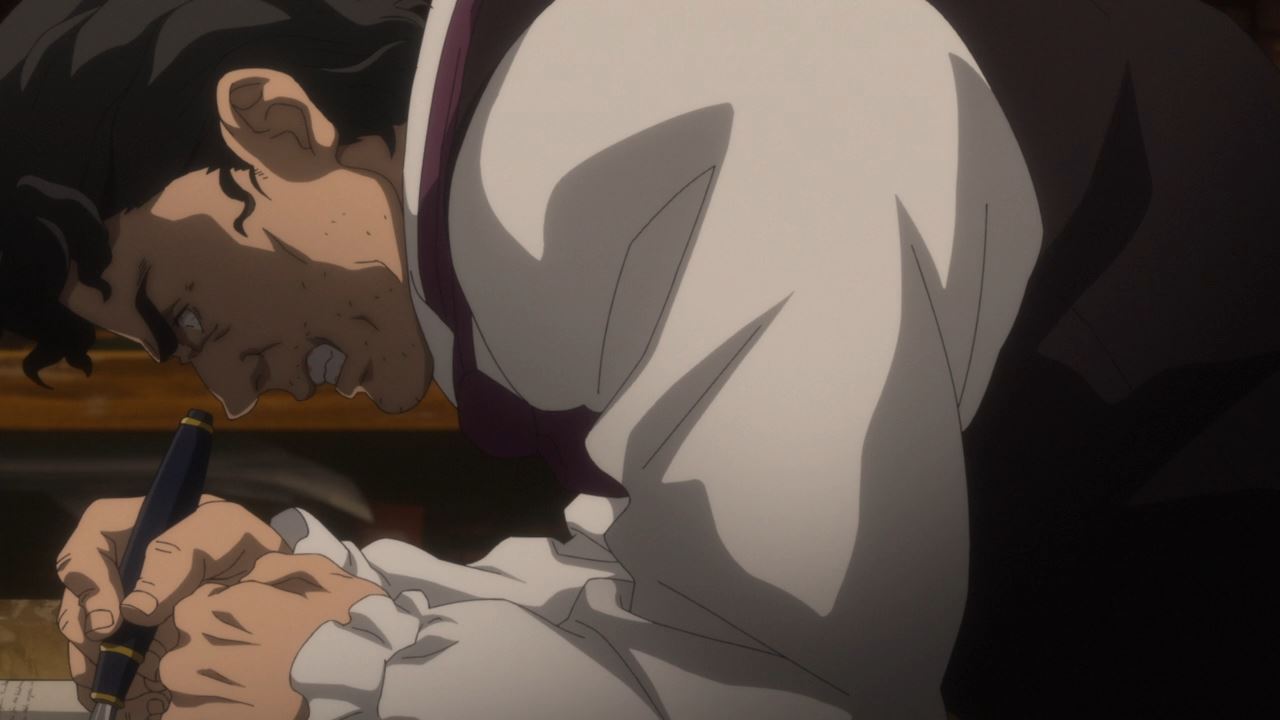 However, a few of them felt disgusted towards Reinhard’s reforms to the point that they curse him. Even if there are bad eggs within the empire, that doesn’t matter for the young duke. 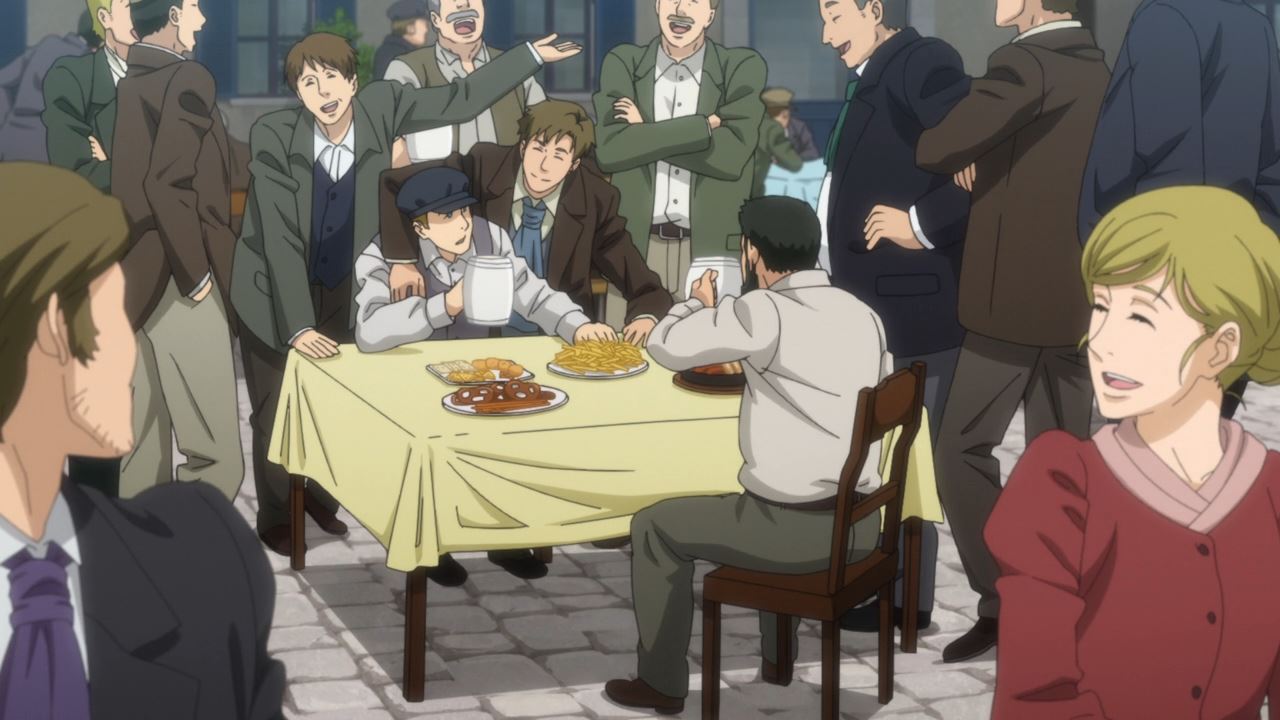 What truly matters is that the duke’s reforms has helped the ordinary citizens to live freely without being oppressed by nobles. Censorship has been relaxed, while the assets that were seized by the nobles are used for financial welfare across the galaxy.

Unfortunately, despite enacting reforms that’ll benefit the common folk, some are feared that Reinhard von Lohengramm might become the second coming of Rudolf von Goldenbaum. 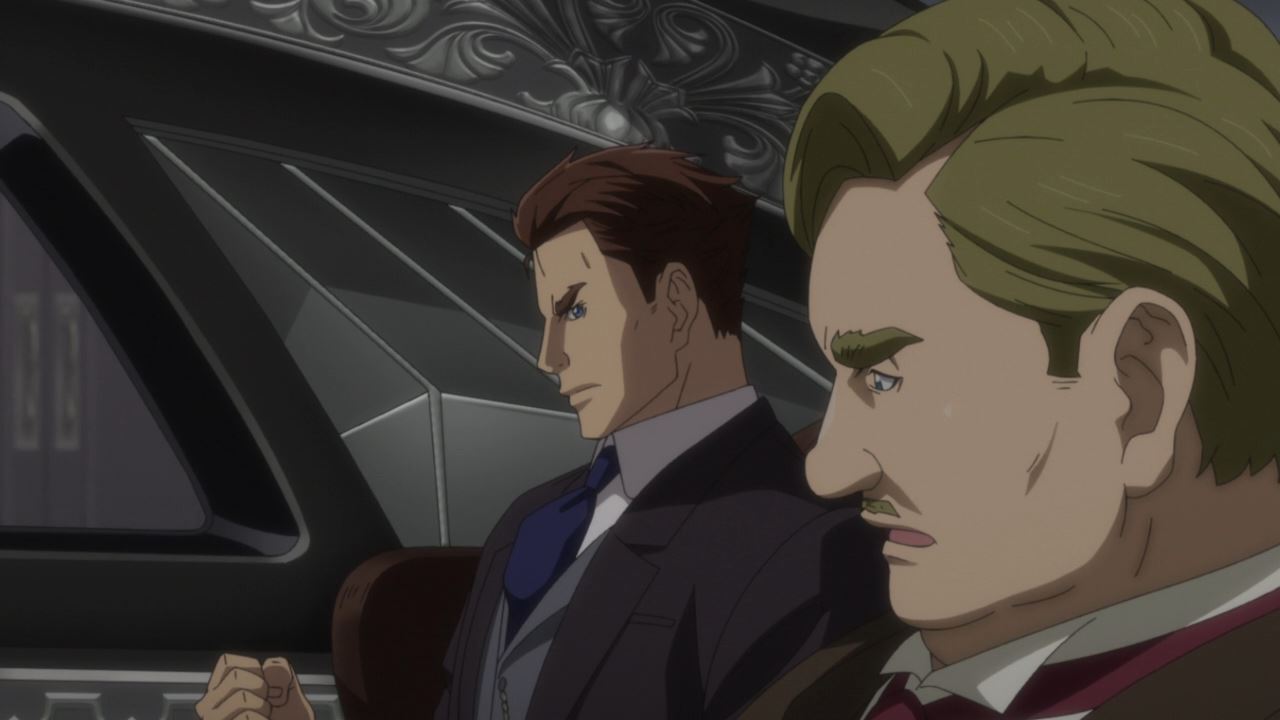 Take Karl Braque where he’s worried that Duke Lohengramm’s reforms are nothing more than stunts in order to strengthen his political standing, although Eugen Richter rebutted that Duke Lohengramm won’t become the tyrannical ruler as his reforms really helped the entire nation after decades of war and corruption.

With that said, it appears that change is really happening across the Galactic Empire thanks to Reinhard von Lohengramm. But for the duke himself, the reason why he’s reforming the entire empire is due to Siegfried Kircheis in which Reinhard wants to keep moving forward for his sake. 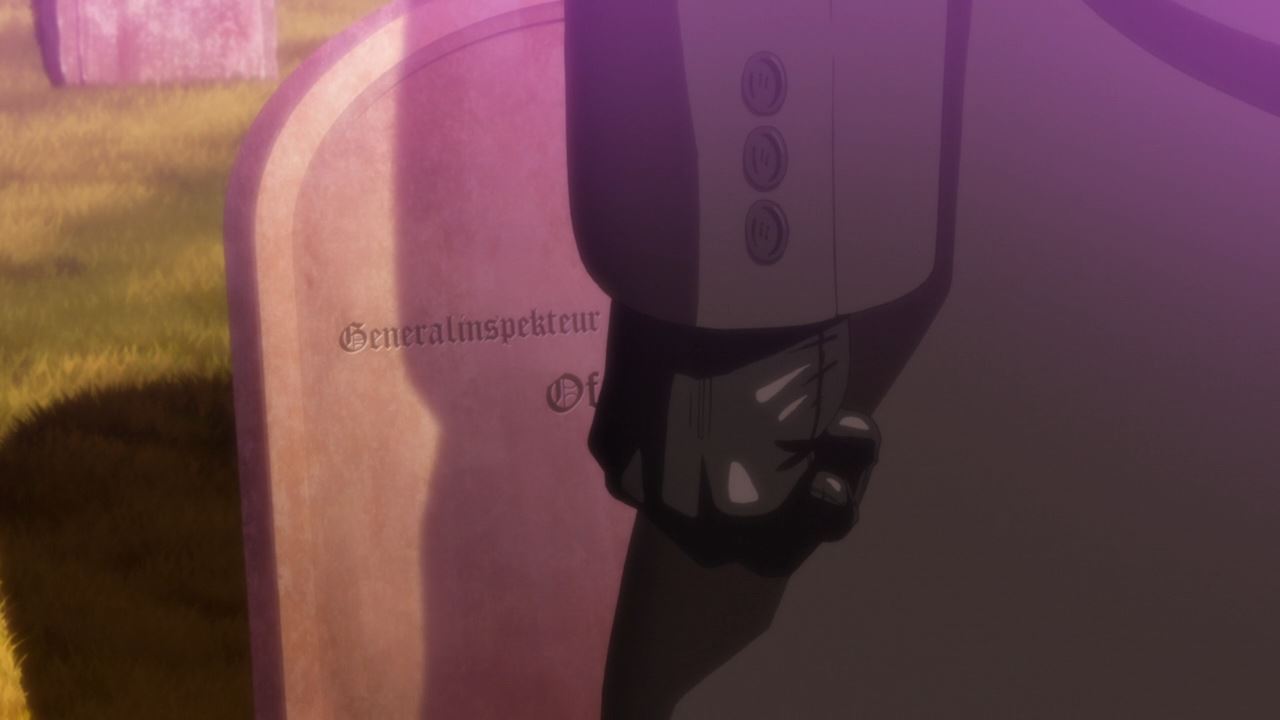 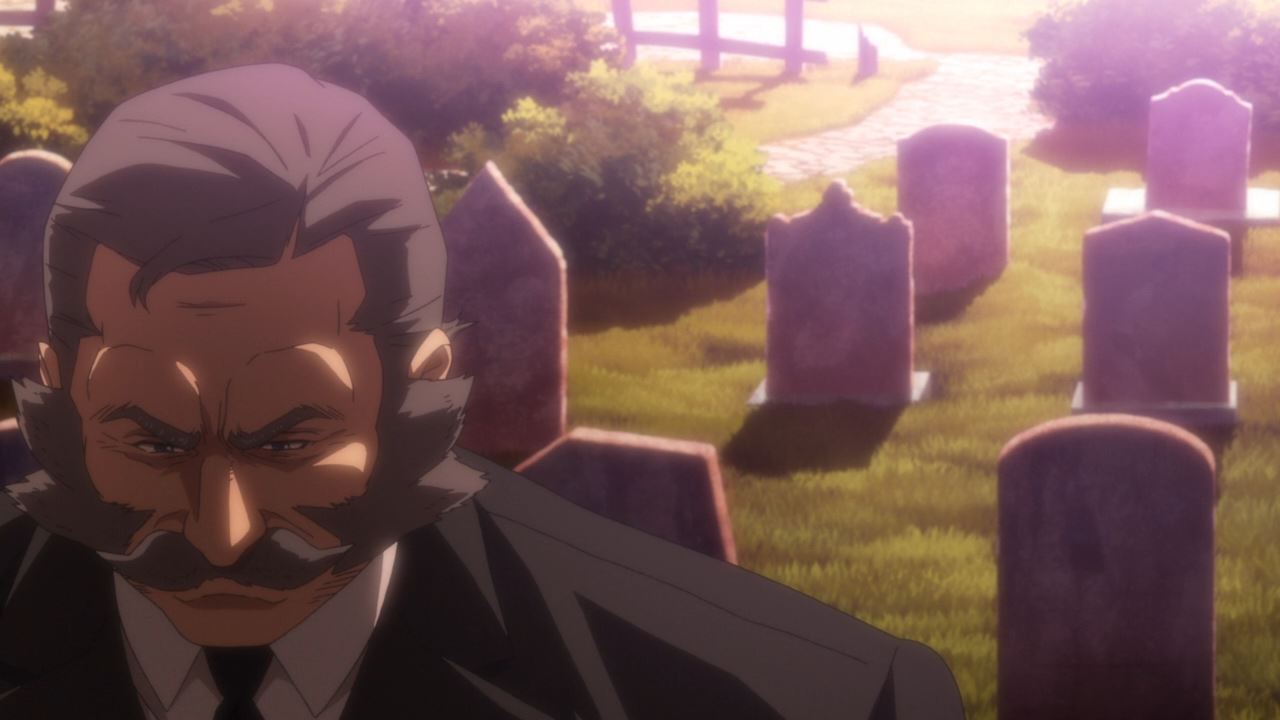 And now, it’s time to close this episode out starting with Gregor von Muckenberger where the former fleet admiral pays his respects to Ovlesser’s grave.

For Muckenberger, having the nobles fight against Reinhard von Lohengramm is really foolish, especially Ovlesser where he became a pawn to Lohengramm and his allies. 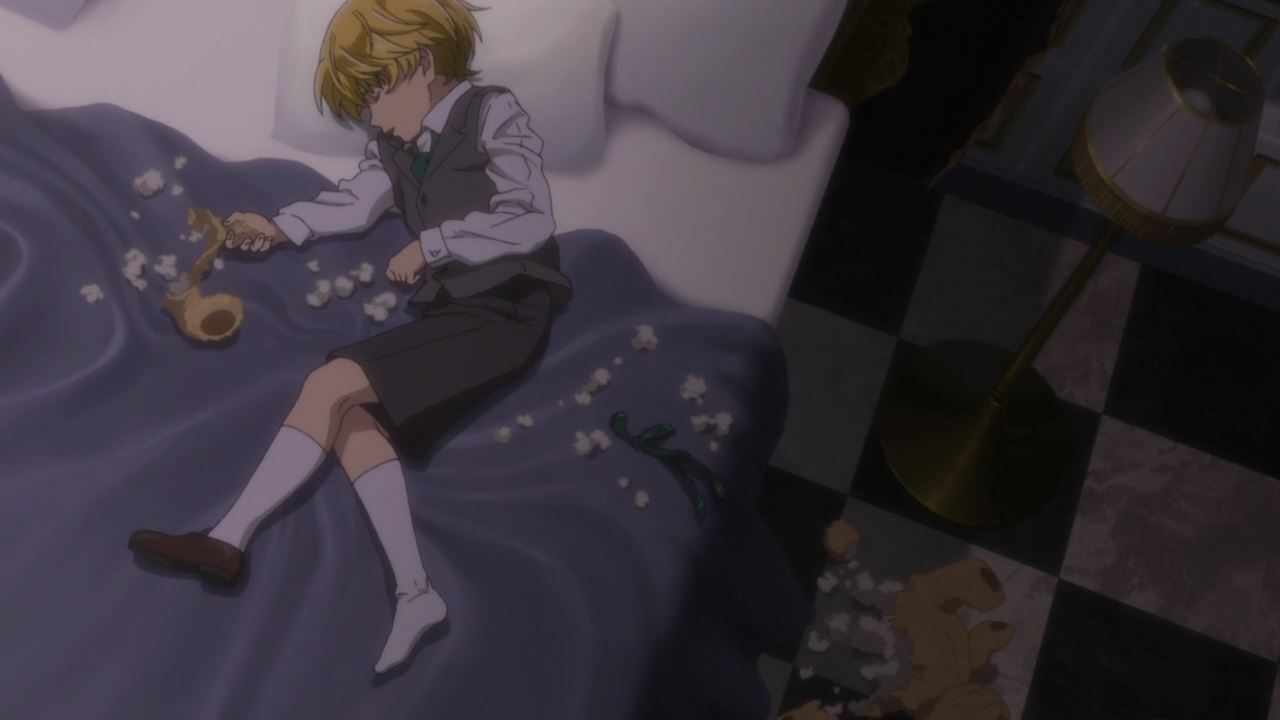 Meanwhile, let’s move onto Erwin Josef II where he’ll be move to another place after the Neue Sanssouci Palace has been seized and in the process of liquidation.

Sadly for the young kaiser, it appears that Erwin Josef II is emotionally frustrated as there’s no one to communicate now that the palace went empty. 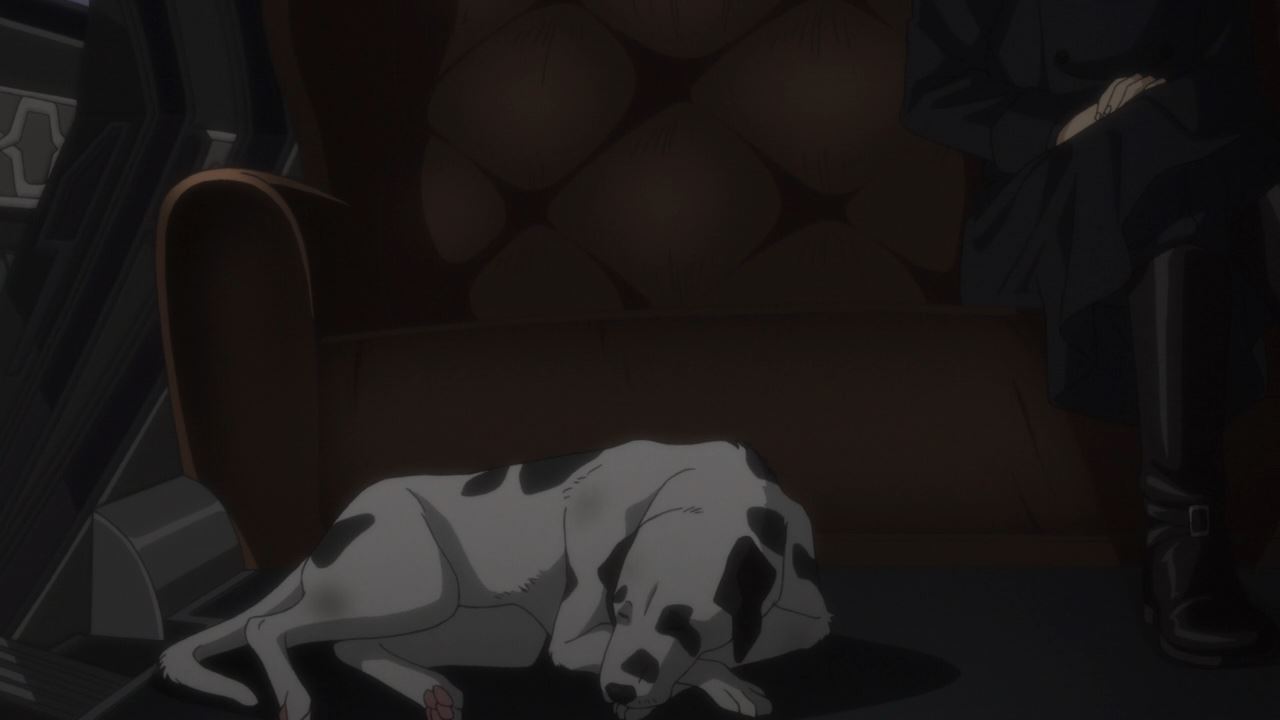 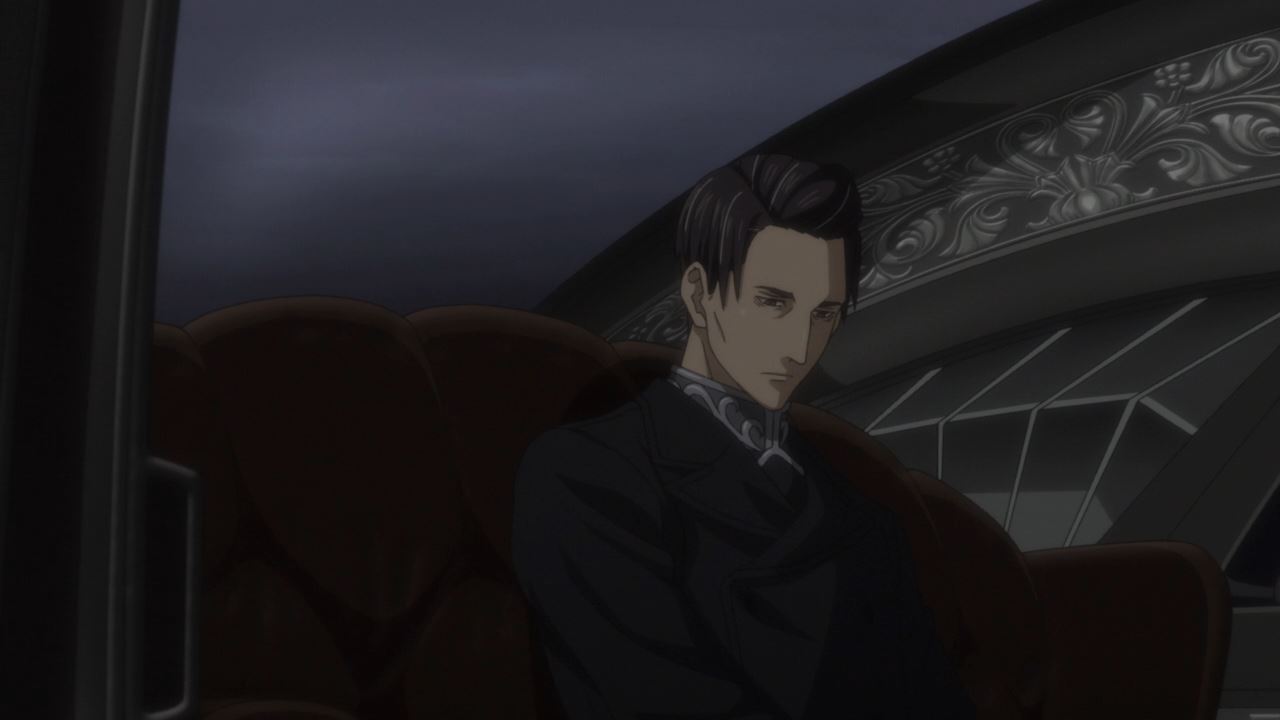 One last thing, it appears that High Admiral Paul von Oberstein adopted a stray dog. For a stoic man like Oberstein, it’s surprising to see him adopting a pet.

Anyways, I’ll see you next time…